Alexander: Here at CCK & CCCK, we spend a lot of time focusing on Southern California. This year we’ve expanded our focus to include parks across the country and around the world – but this week we return to our roots for bring you an update from, not Southern California, but the road-slightly-less-traveled-as-of-late, Northern California.

These are all parks that I grew up with, so I’m very excited to revisit them for the first time in a while.

Lately California’s Great America has been abuzz with exciting 2018 rumors, so we thought this would be a great place to start! 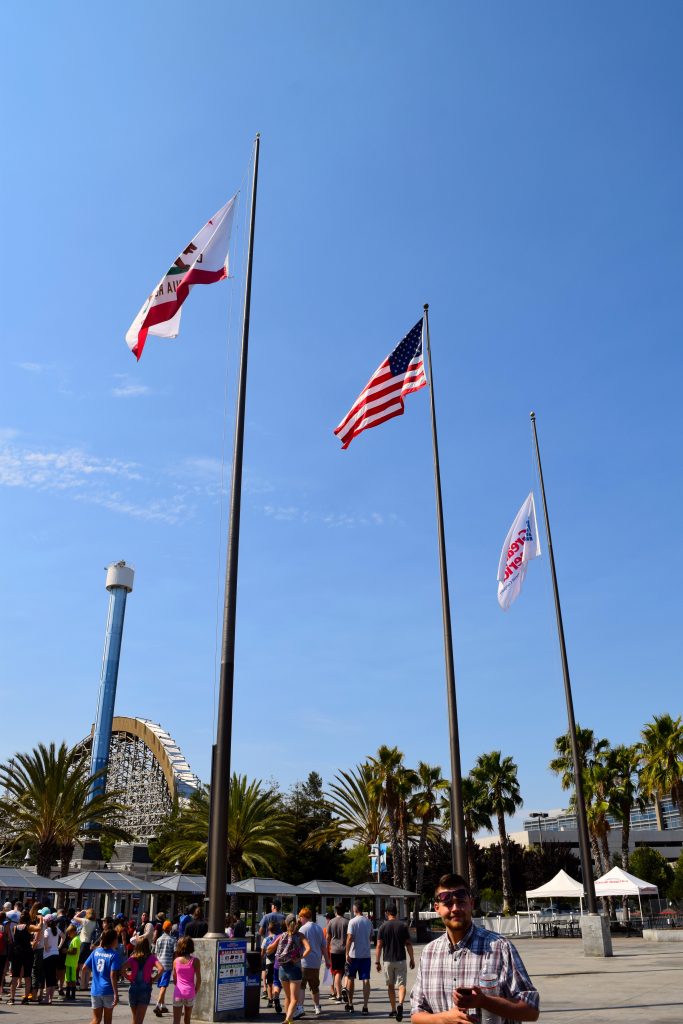 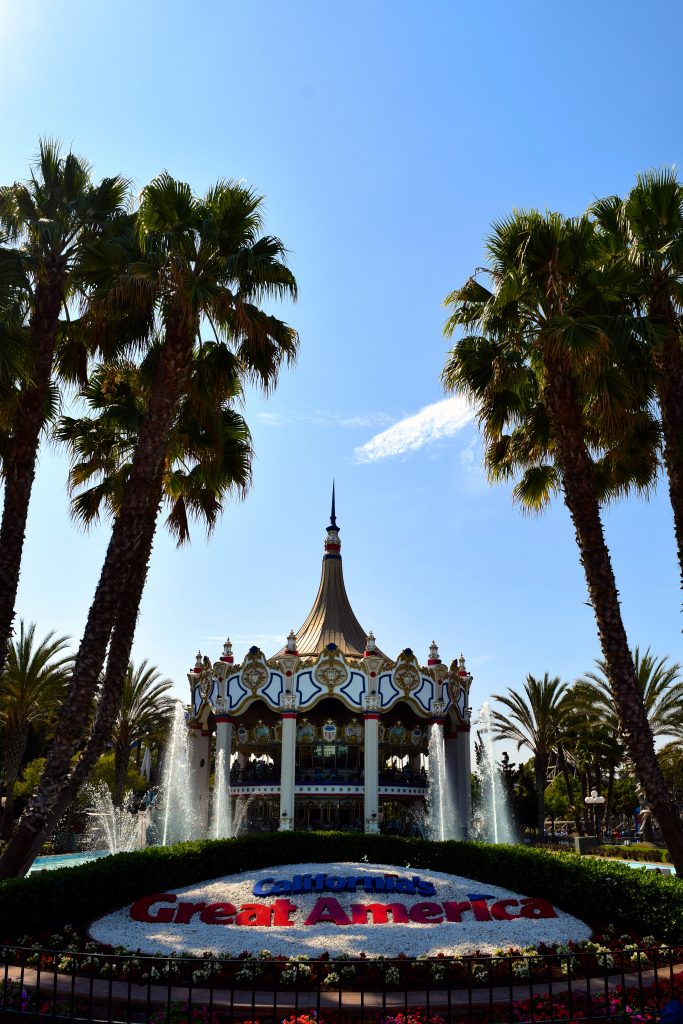 From 1997 to 2001, California’s Great America (Paramount’s Great America, at the time) was a regular spot for me and my family. There’s been a few changes since then! 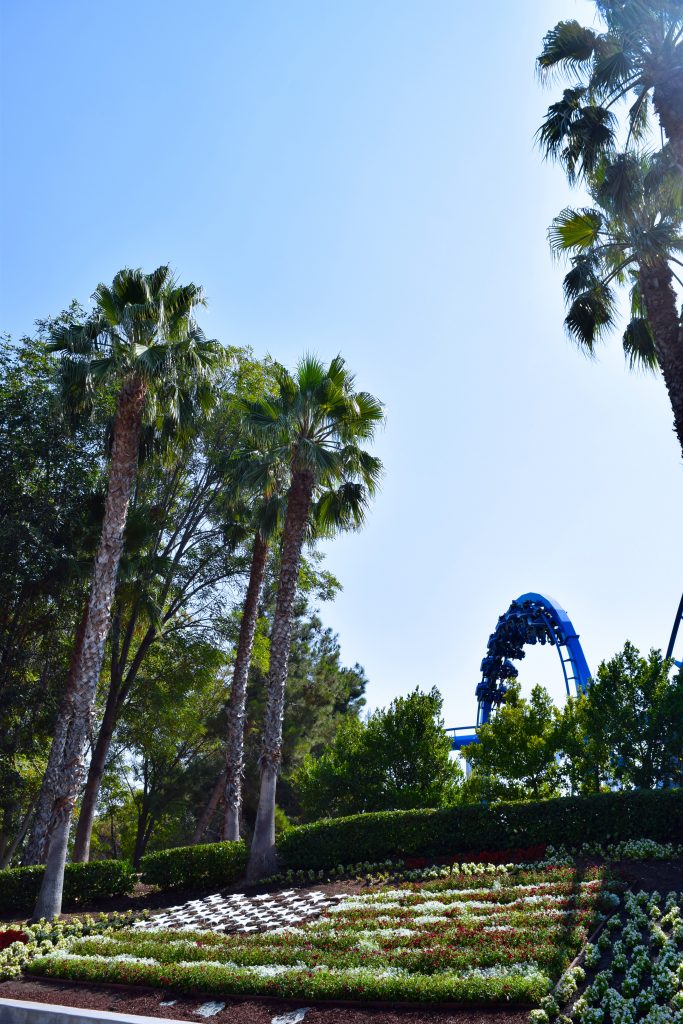 Patriot, the floorless re-imagining of the troubled Vortex stand-up, is a truly solid ride. I wasn’t prepared to care either way about the conversion, but based on my dreadful 2014 ride, it’s safe to say that CGA has swapped out a virtually unrideable coaster for one that’s worthy of more than a few encore performances. 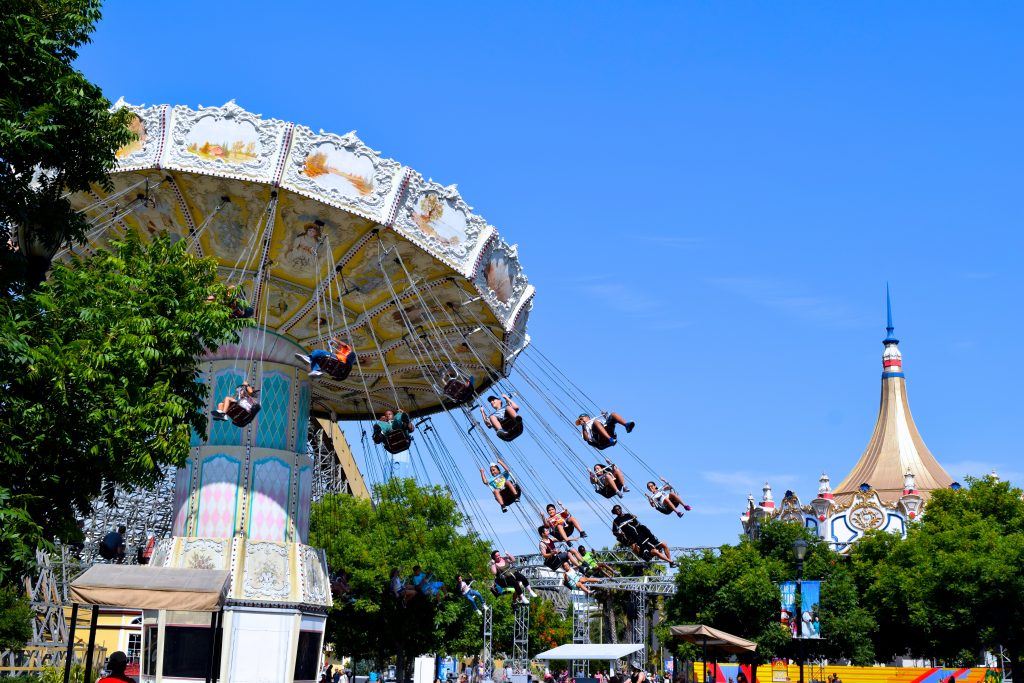 It hasn’t quite stolen the thunder of Great America’s pair of best-in-class thrillers, Goldstriker and Flight Deck, but Patriot makes for a strong trio of signature coasters. 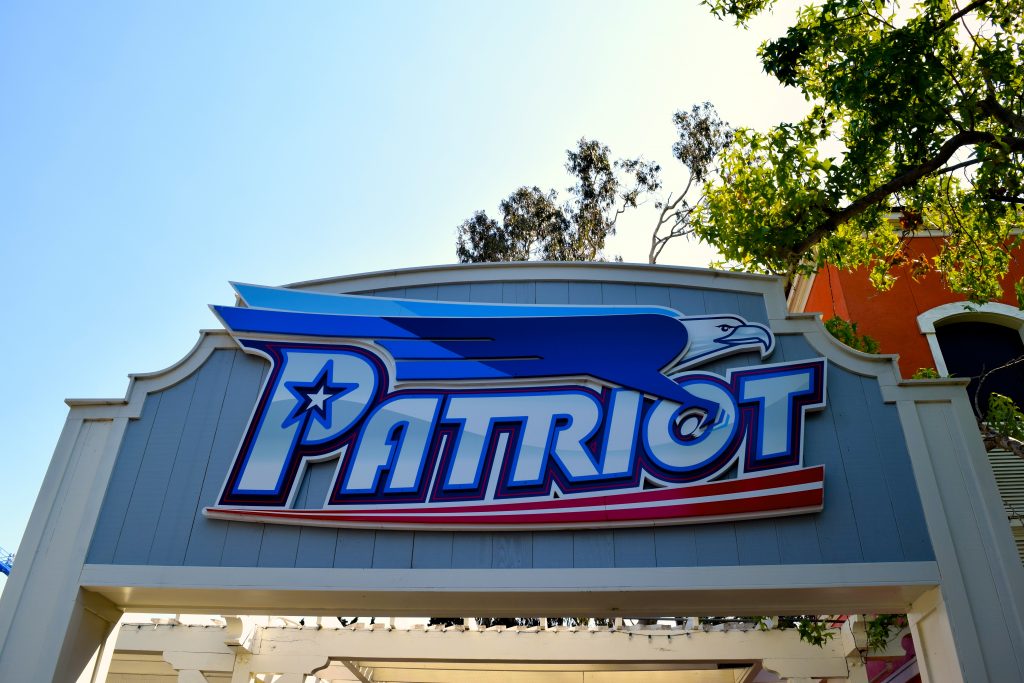 Vortex always had a nice layout; Patriot elevates the design’s strongest assets while rectifying a majority of the ride’s roughness. We found that sitting on the left side of the train gives the smoothest ride, which may have something to do with the ride being made of 100% left turns. More on Patriot can be found in CCK’s recent summer trip report to the park, here. 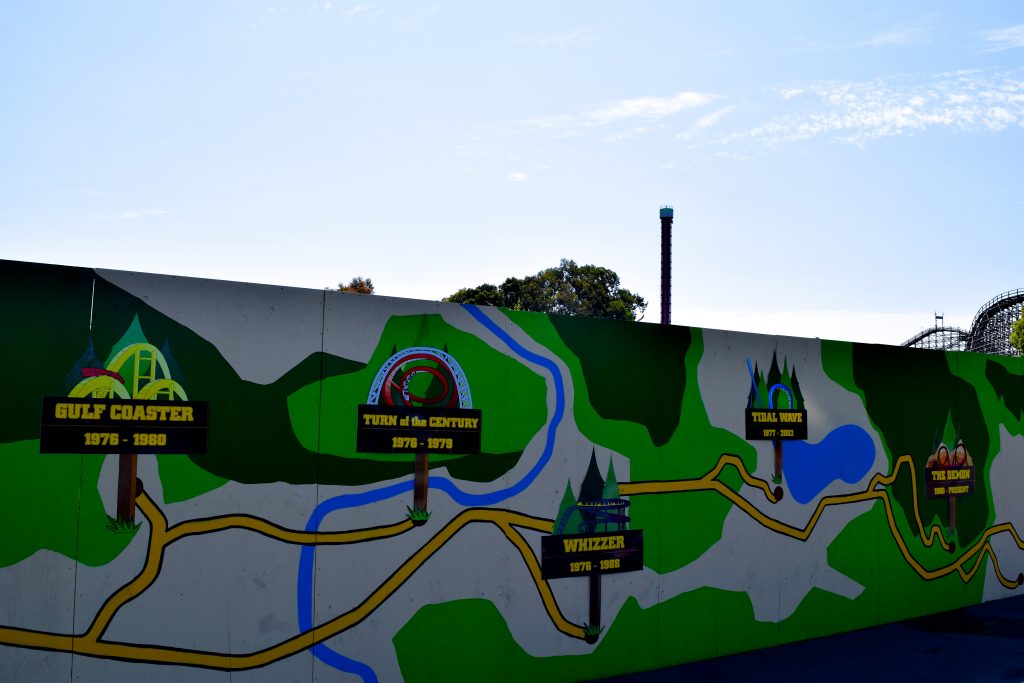 Made famous on Instagram: CGA’s wall of roller coaster history! Since this photo, Grizzly and Woodstock Express have made their appearances. Before too long, CGA’s impressive lineup of 90s coasters will further decorate the mural. 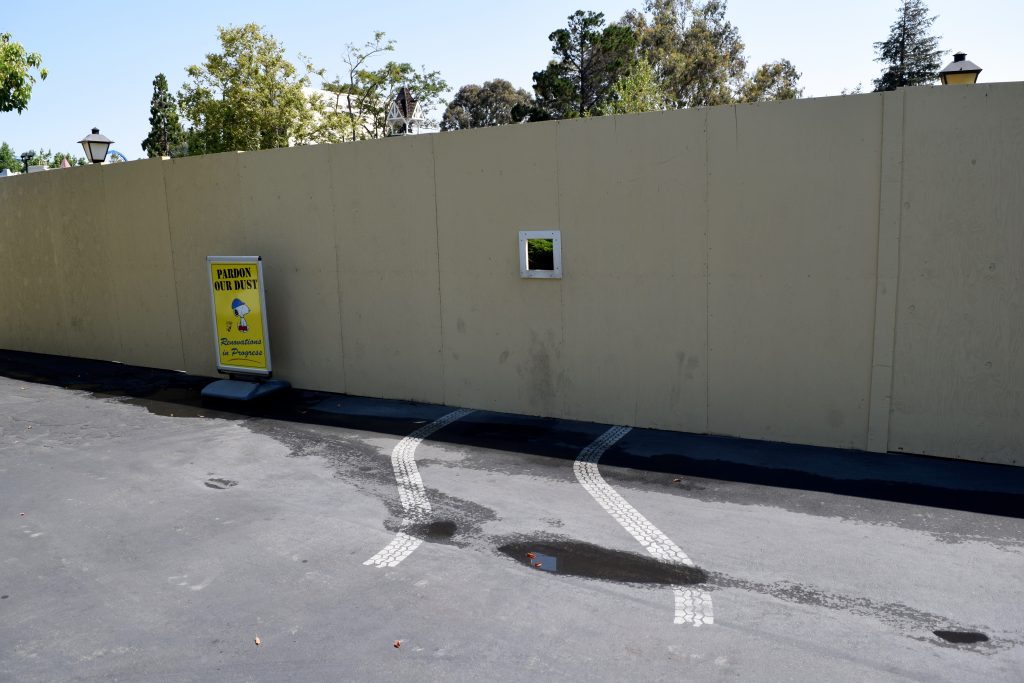 Also famous: The initial tire-track teaser has now been walled up for safety reasons, but a peephole was cut for curious onlookers. Right now its a lot of dirt being pushed around, but I’m sure the hole will provide some very important insight once the ride starts going vertical. 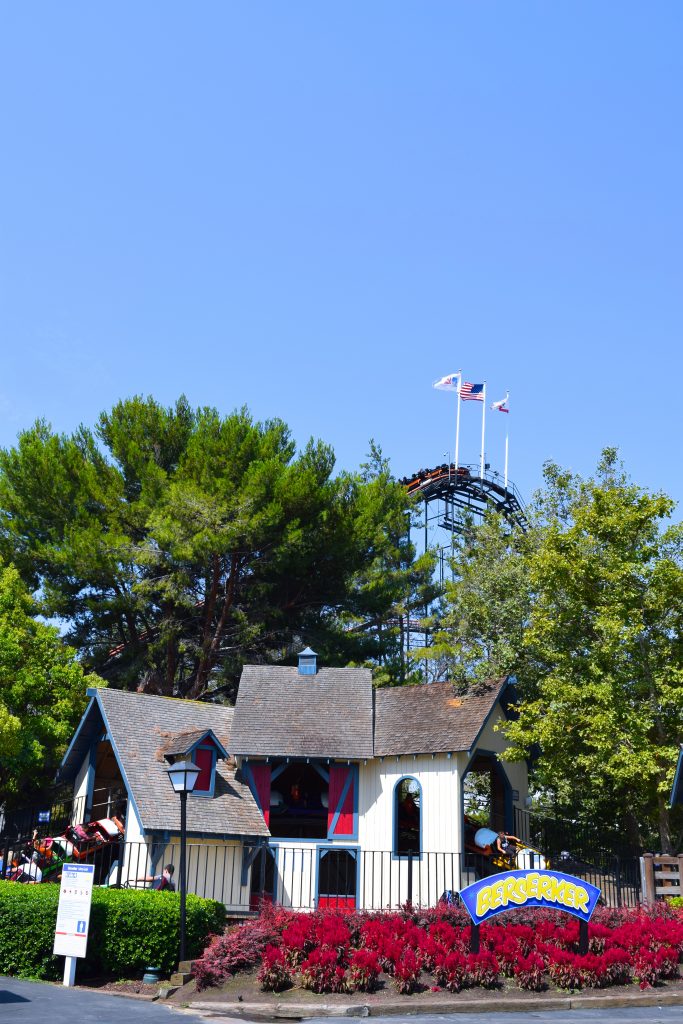 The Whizzer may be long gone, but shout out to CGA for preserving a trio of great Schwarzkopf rides, including one of only 2 remaining Bayern Kurve rides in the world. 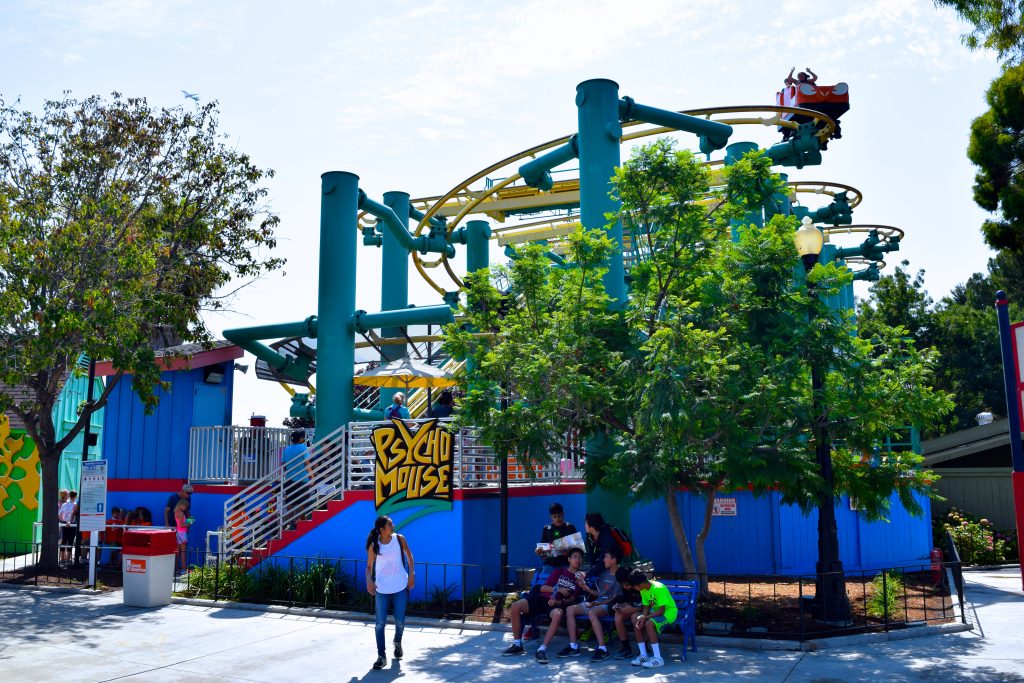 When I last lived out here, Psycho Mouse was the newest coaster. Still gives a great ride! 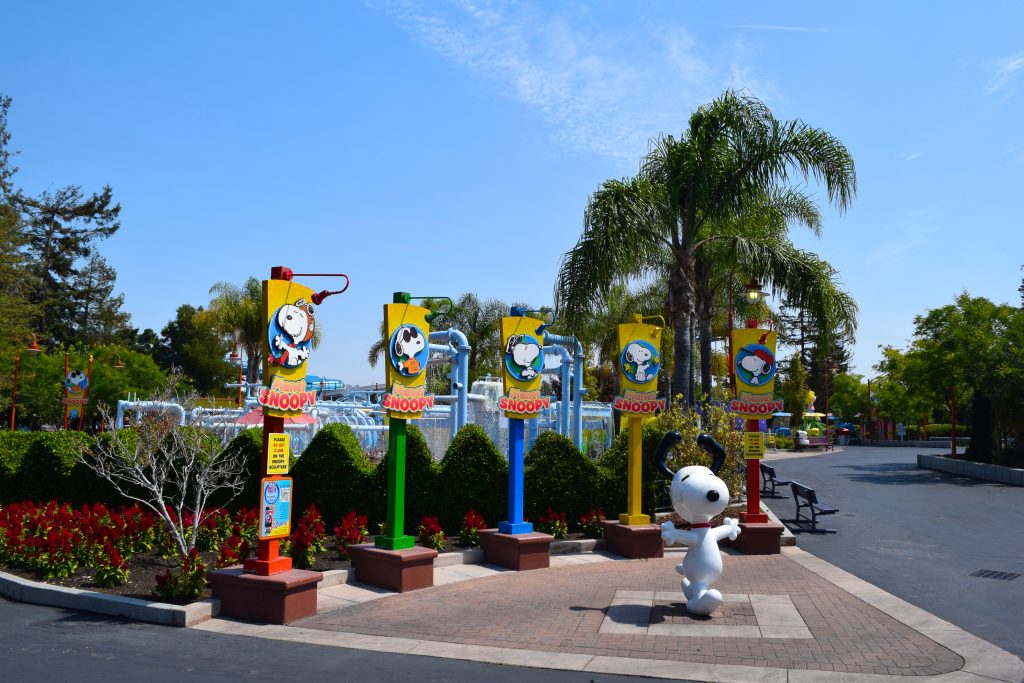 Happy to see that the Planet Snoopy here still has their water maze! Great childhood memories! 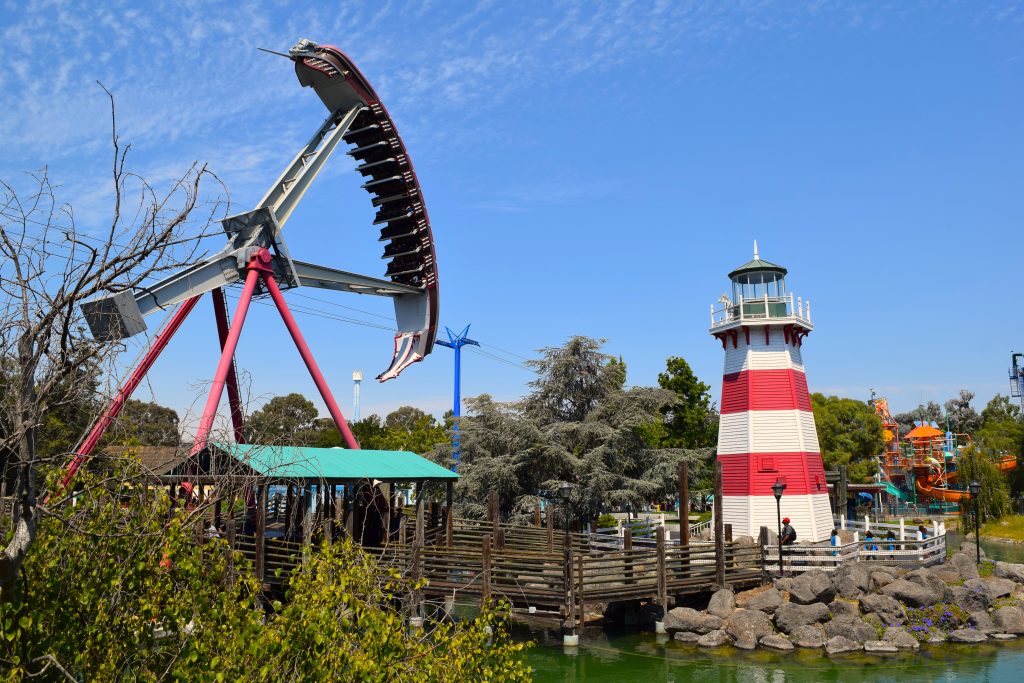 Yankee Harbor still has a nice look to it after all these years. With Cedar Fair’s emphasis on uniquely-themed water park makeovers lately, Sean and I would love to see Boomerang Bay become a Yankee Harbor themed waterpark! 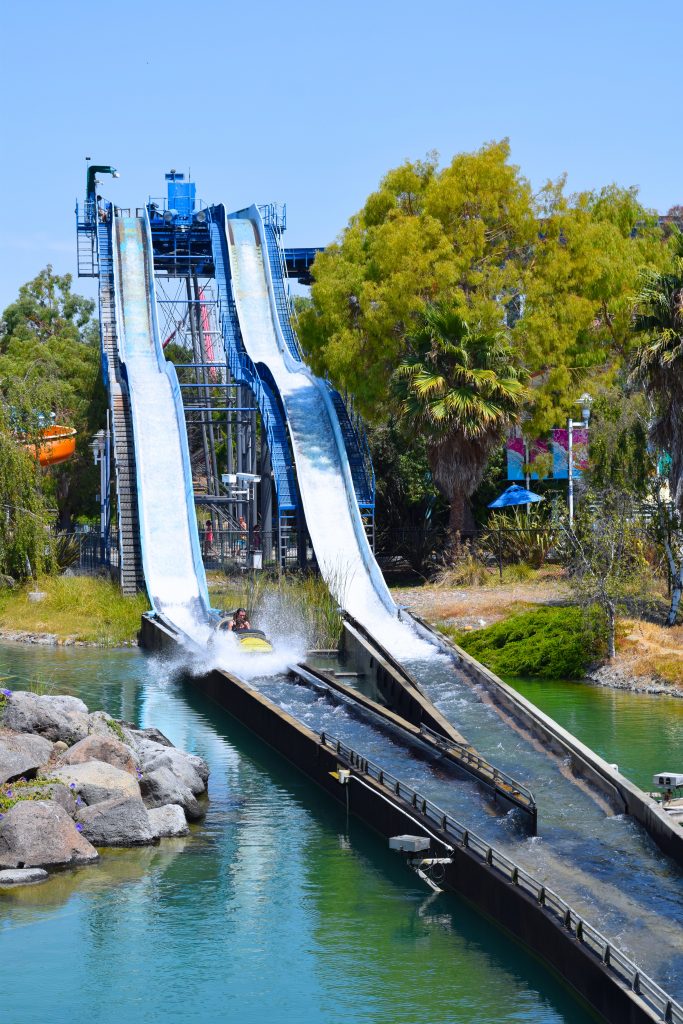 I miss the Yankee Clipper soooo much, but fortunately Logger’s Run is still going strong. 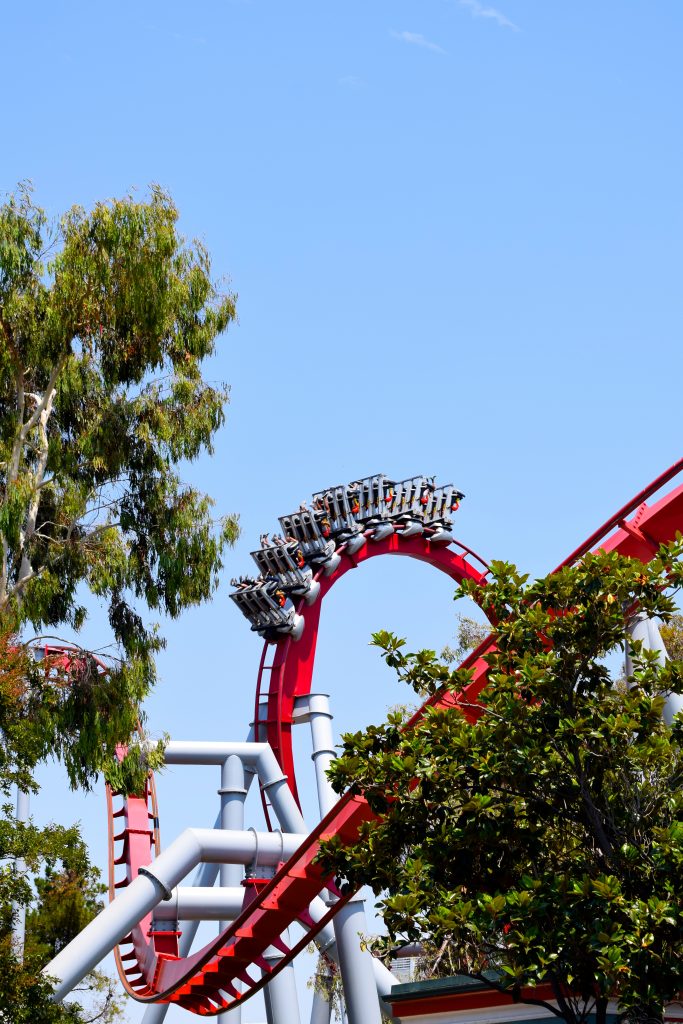 Flight Deck is fast, ferocious, and frankly better than ever. I feel like it’s only gotten faster in recent years. 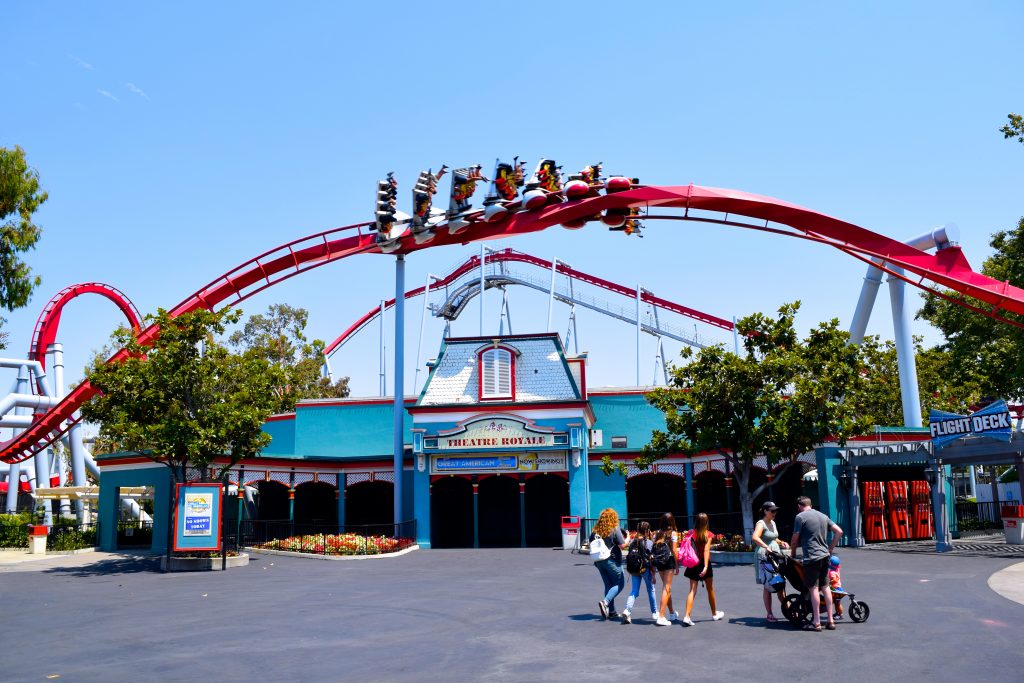 Flight Deck remains a gold standard upon which all subsequent B&M inverts are judged; It’s still one of the best I’ve ridden, right up there with Montu, OzIris, Nemesis, and Black Mamba. 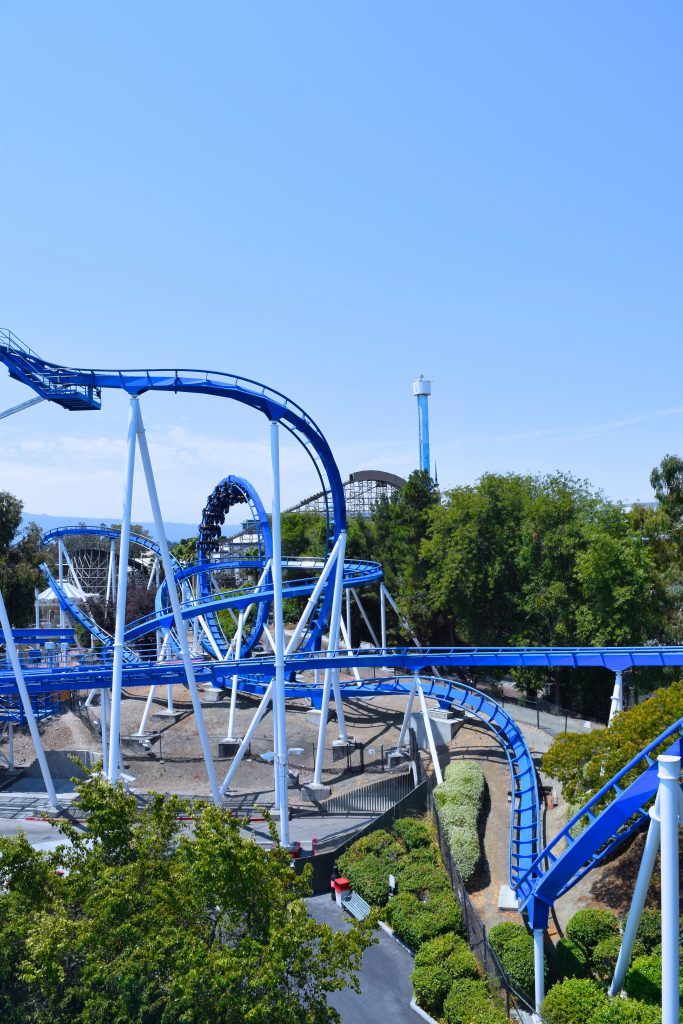 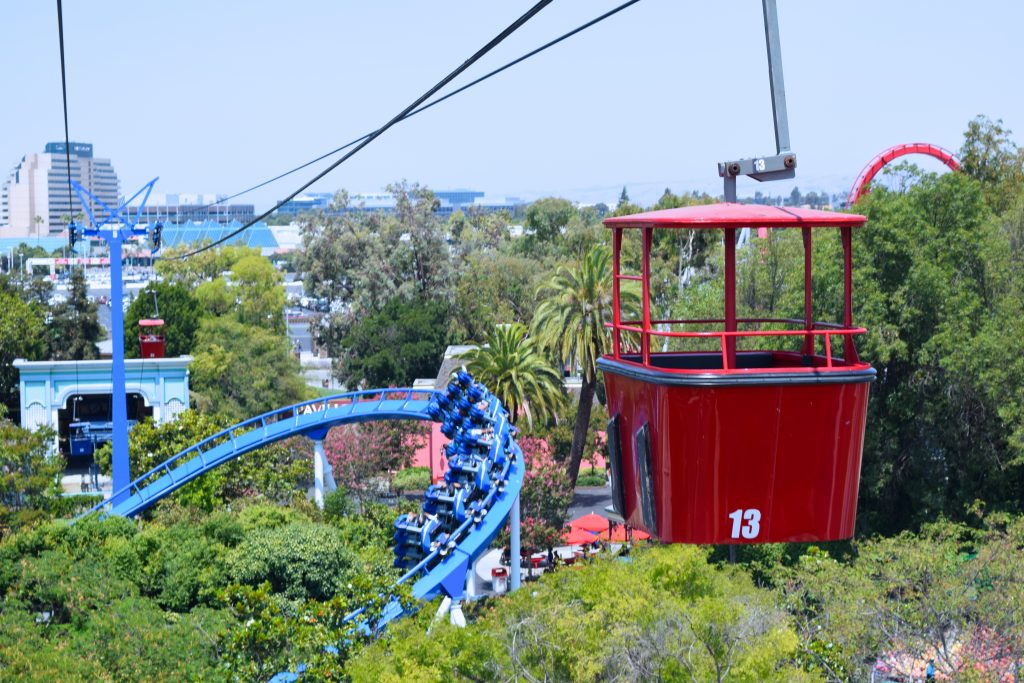 Despite our earthquakes, California is home to 1/3 of the U.S.A. remaining population of Von Roll Type 101 Sky Rides! 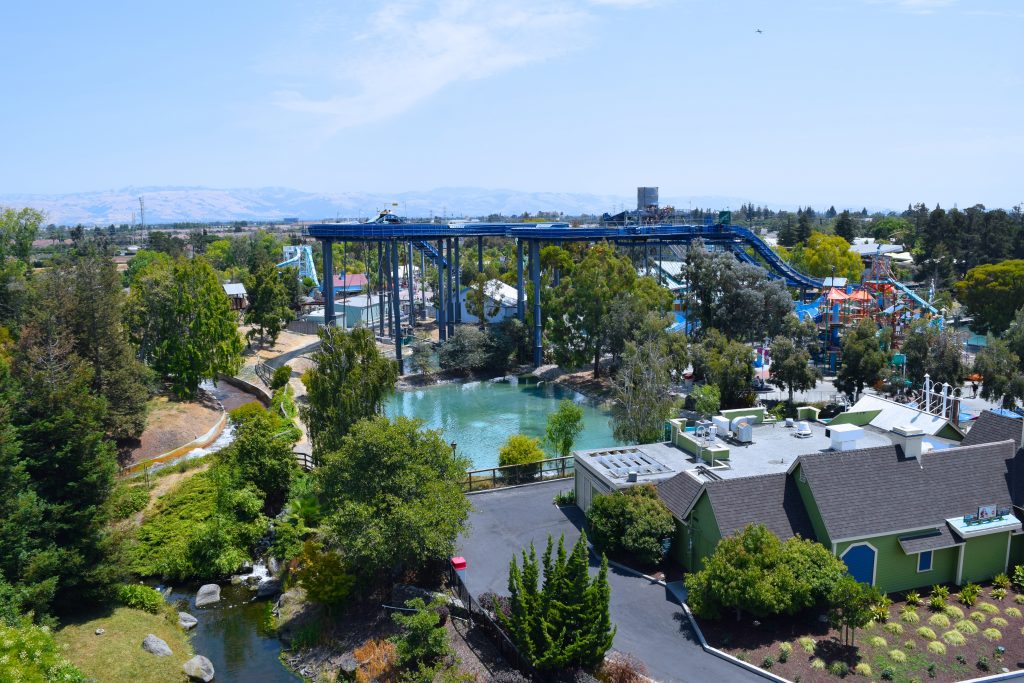 We all know that the plot formerly occupied by Invertigo is the current area of redevelopment, but as soon as 2019 we could see some big changes coming to this view! 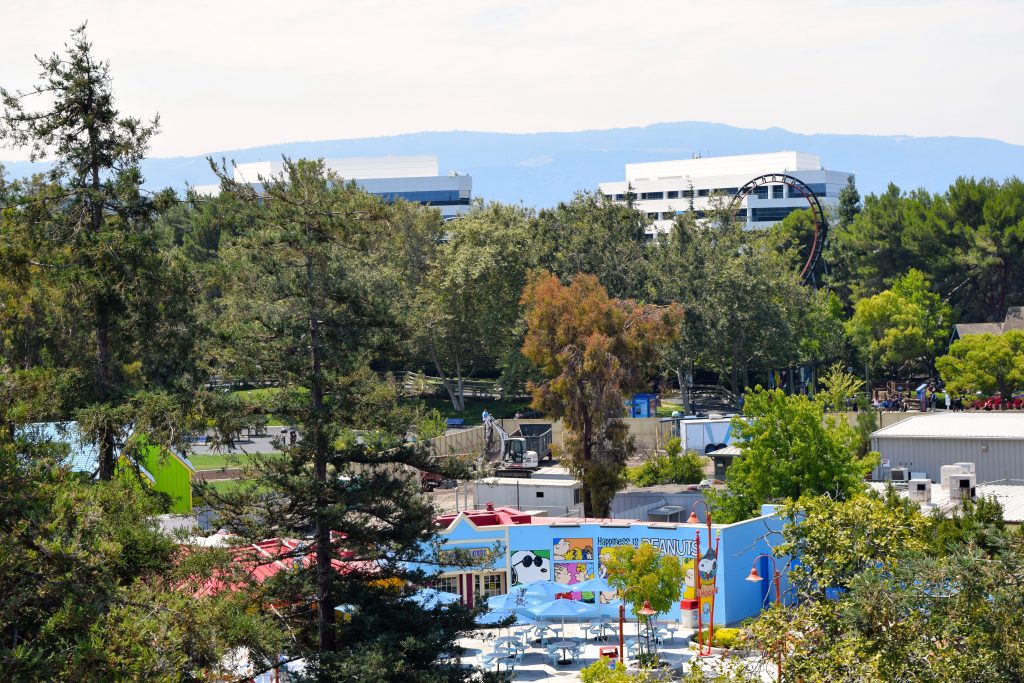 Sean and I love Arrow Loopers, but Demon does not seem to be running it’s best. The loops lead to a lot of forward-backward shuffling that’s tough on the neck. The rest of the ride, however, runs great. 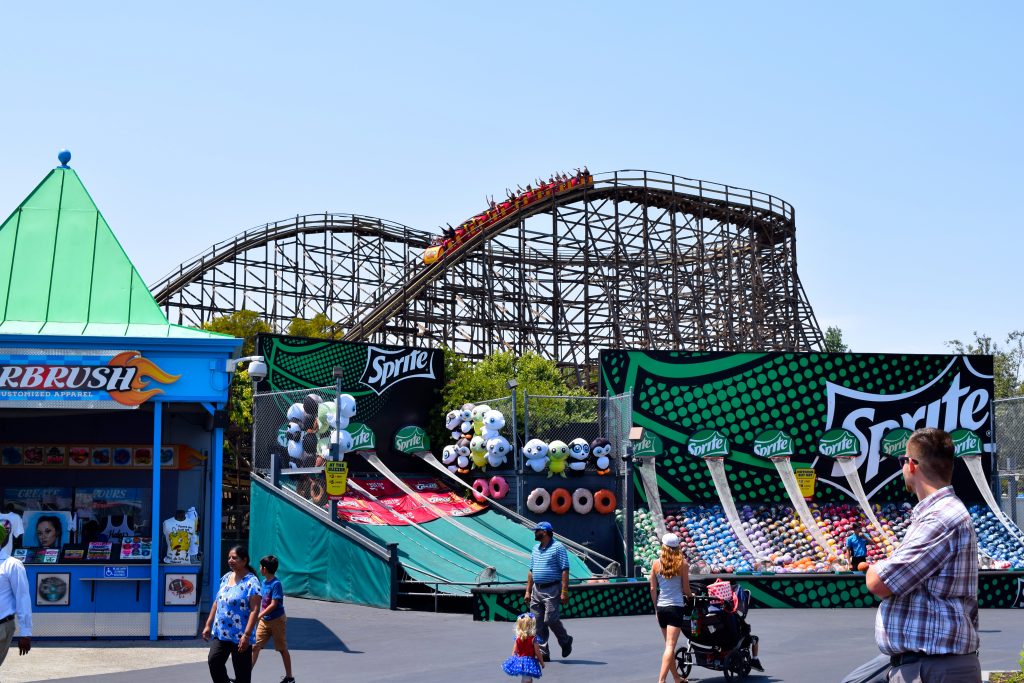 Grizzly runs as well as it can. If you’re lucky enough to actually fit inside the ride’s outrageously Frankenstein’d Morgan Manufacturing trains, you’ll find the ride itself is a breeze. It’s positively benign, but still not the most comfortable. 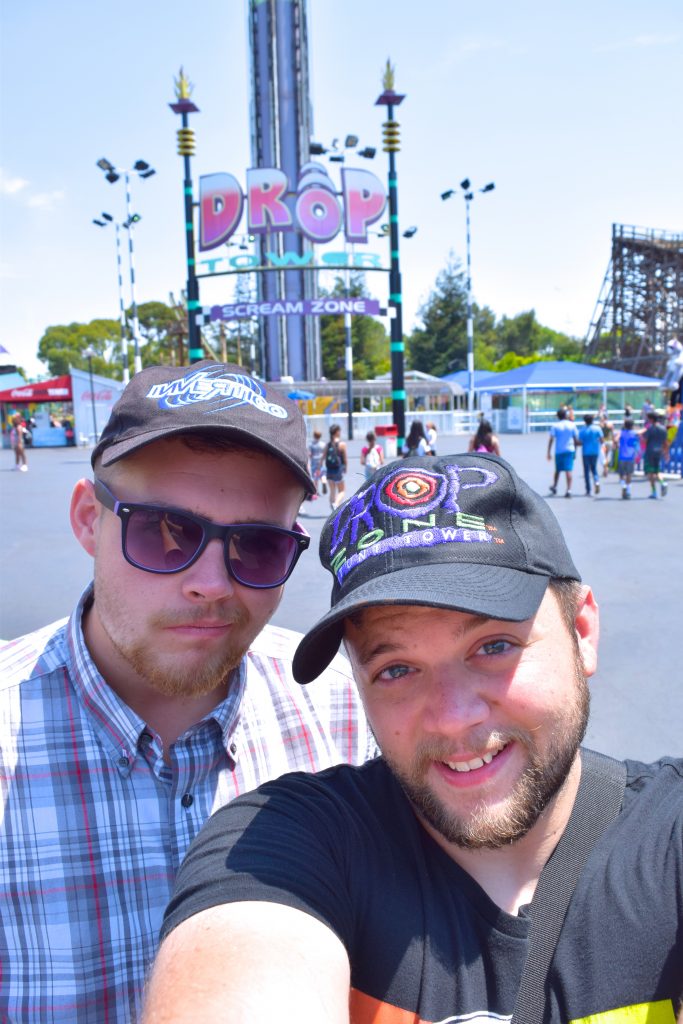 That concludes our California’s Great America update! We’ve very excited for the park’s big announcement on August 16th and for a return visit in the spring to see just what all the fuss is about! Stay tuned for frequent construction updates of the park’s newest and baddest addition! <3