There wasn’t enough noticeable change this week to bring a separate Twisted Colossus Update, and there wasn’t that insanely much Six Flags Magic Mountain news either, thus I combined the two for a regular-sized update.

The huge Holiday in the Park wreath has been taken down. And so have all other wreaths in the park. There were quite a few, since almost every single lamp post had one attached to it! 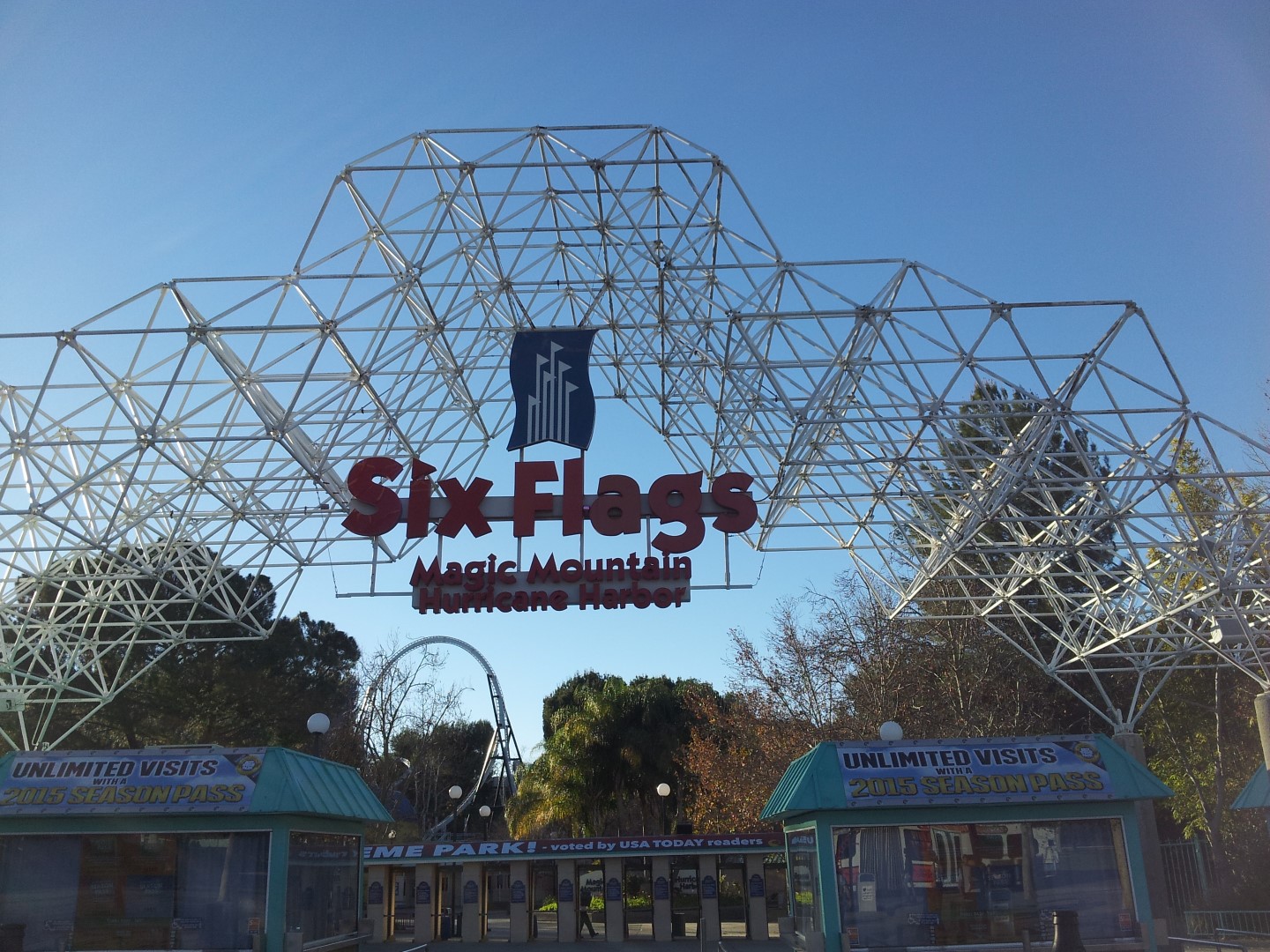 The most heavily themed area during Holiday in the Park has been cleared from almost all its decorations. 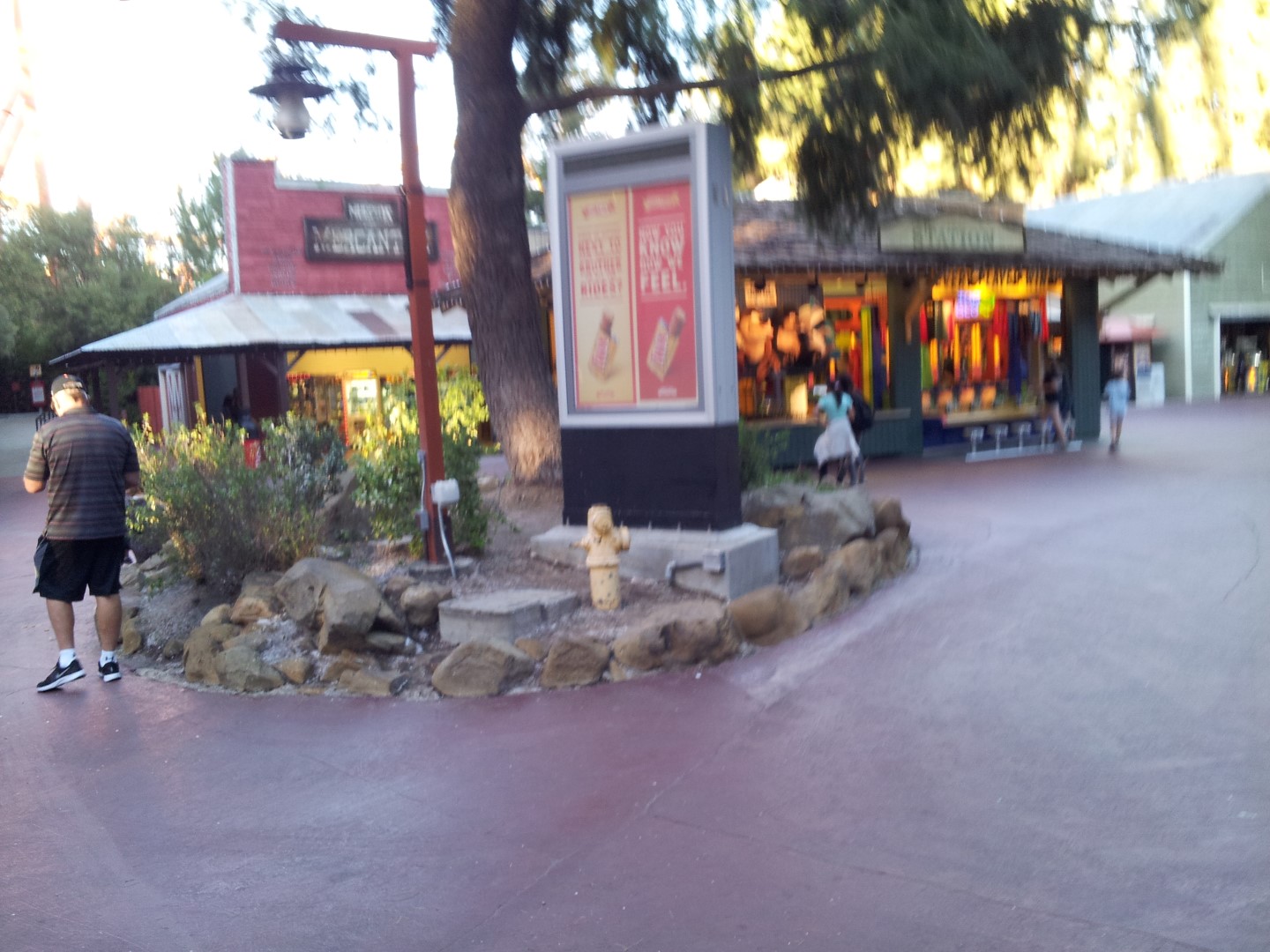 This is where the ‘ice-sculptures’ used to be. Not all the decorative snow has been cleared yet. Seems like a pain to clean up. 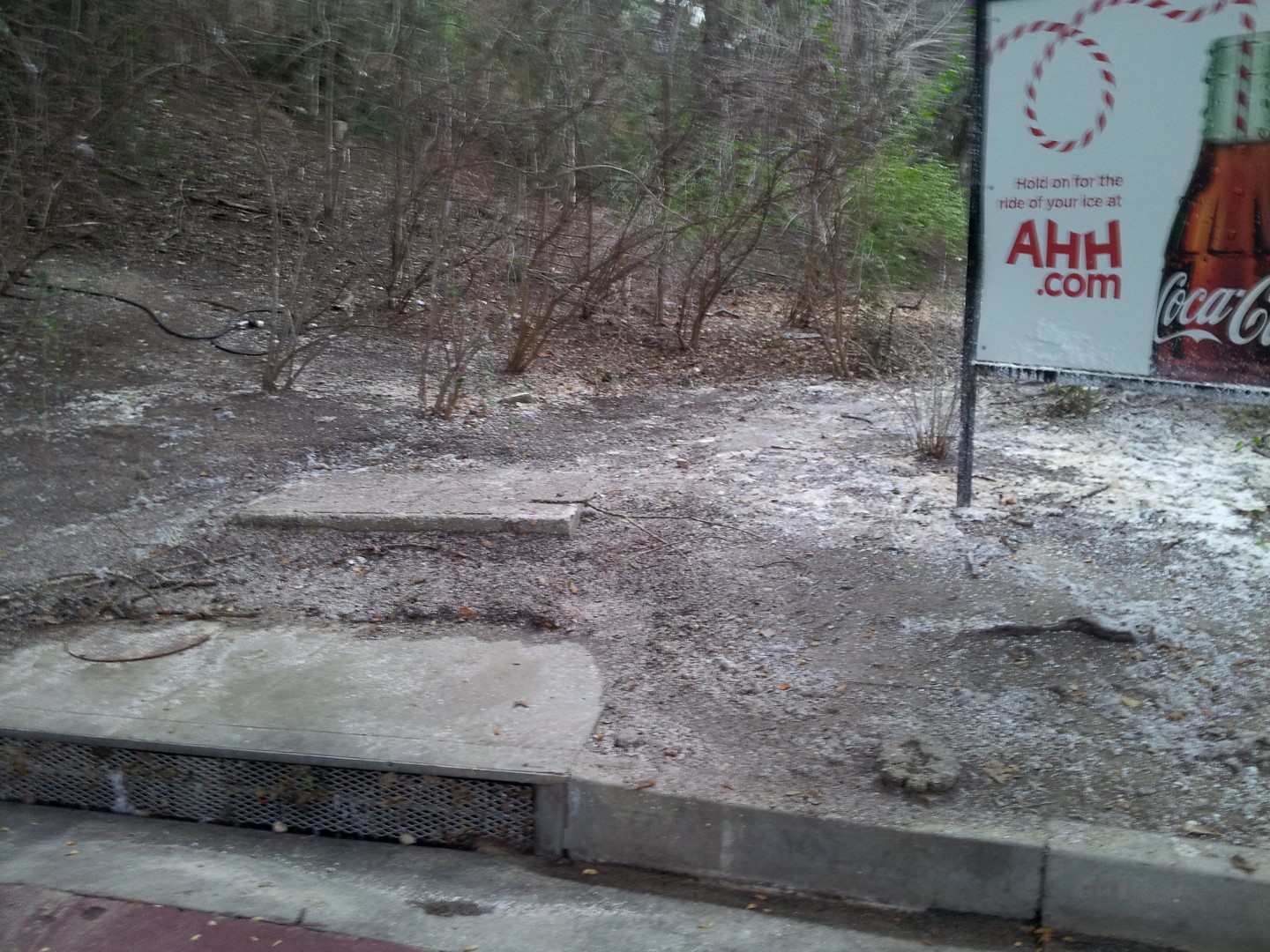 Santa’s workshop is gone. They yet have to place back the fencing that surrounded the Katy’s Kettle area. 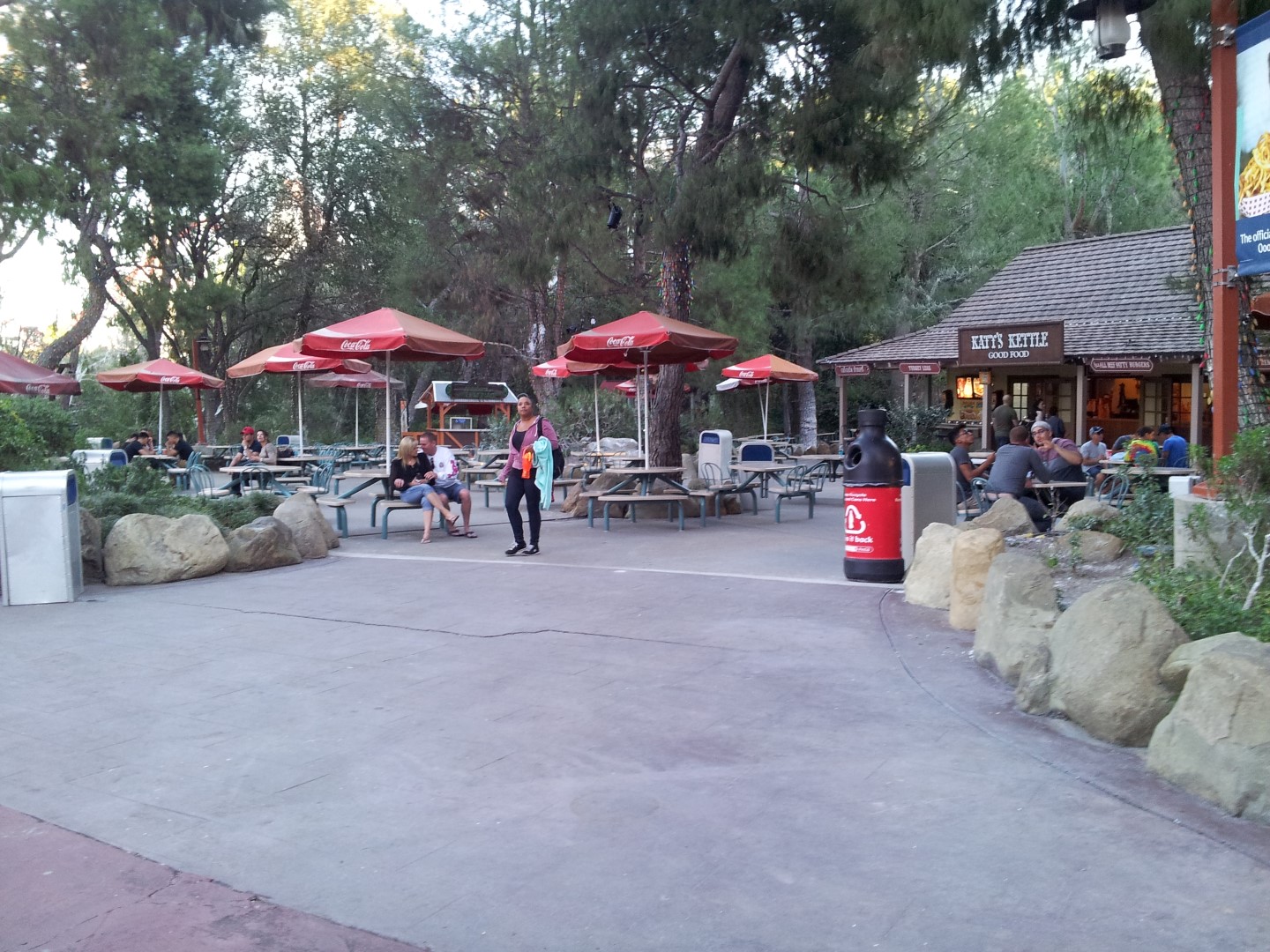 Most buildings are snow-free now. Except for the Cyber Cafe and Katy’s Kettle. 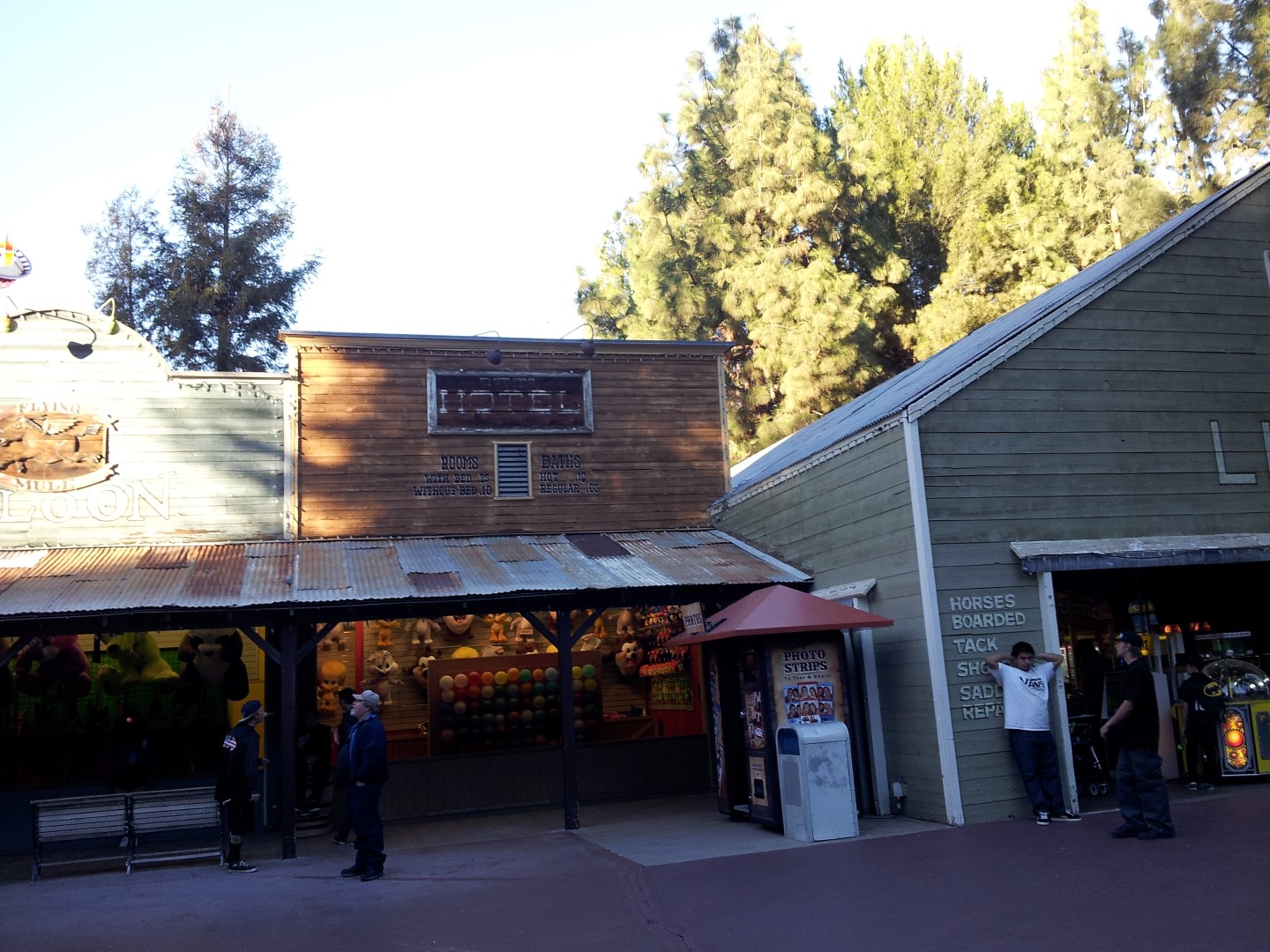 The tree of heroes is gone, and some new plants have been planted. Expect flowers in within the next couple of weeks. 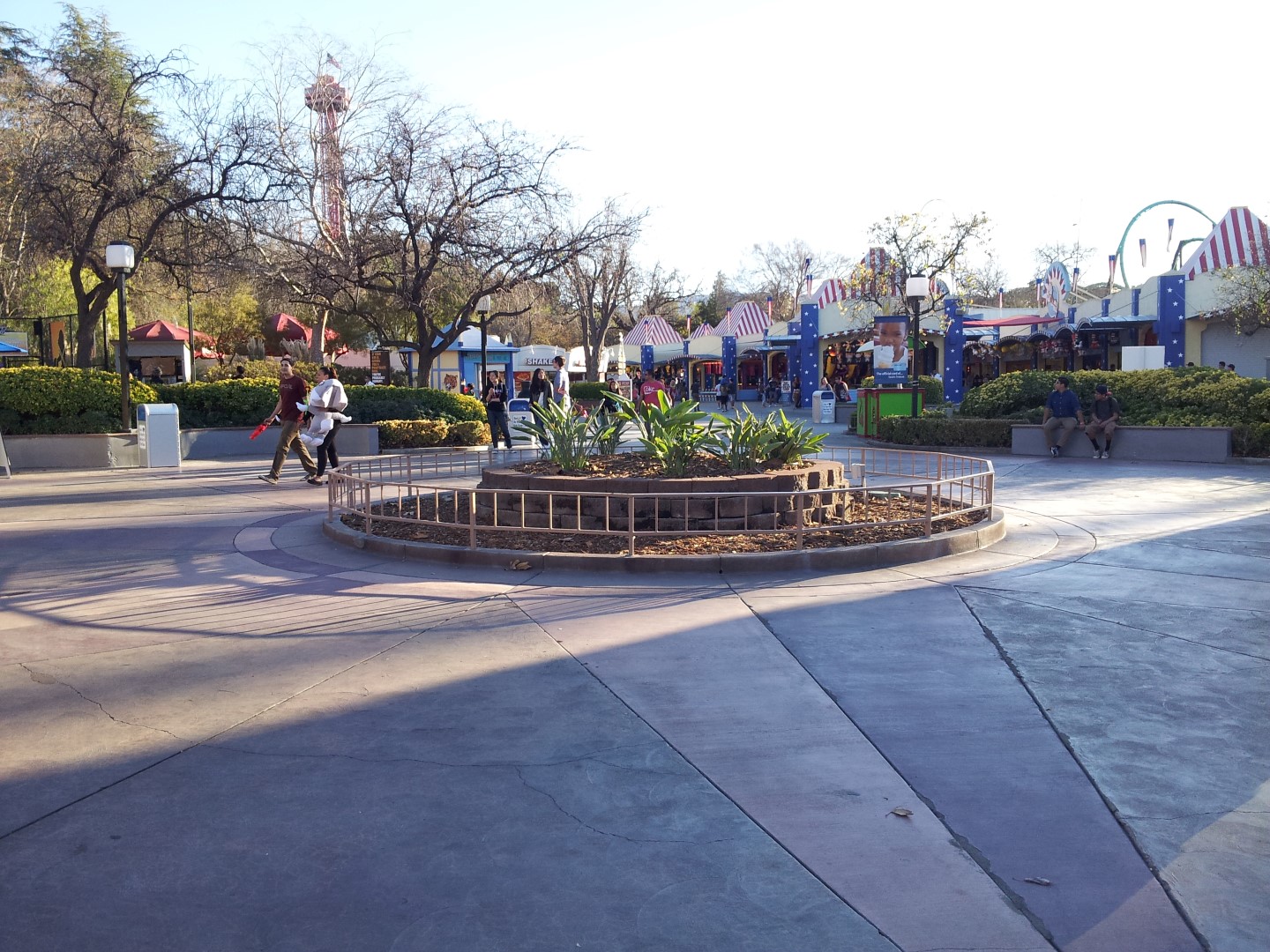 I just notice how much this bill board bothers me… I wouldn’t mind seeing this one leave before any other of the many ads. 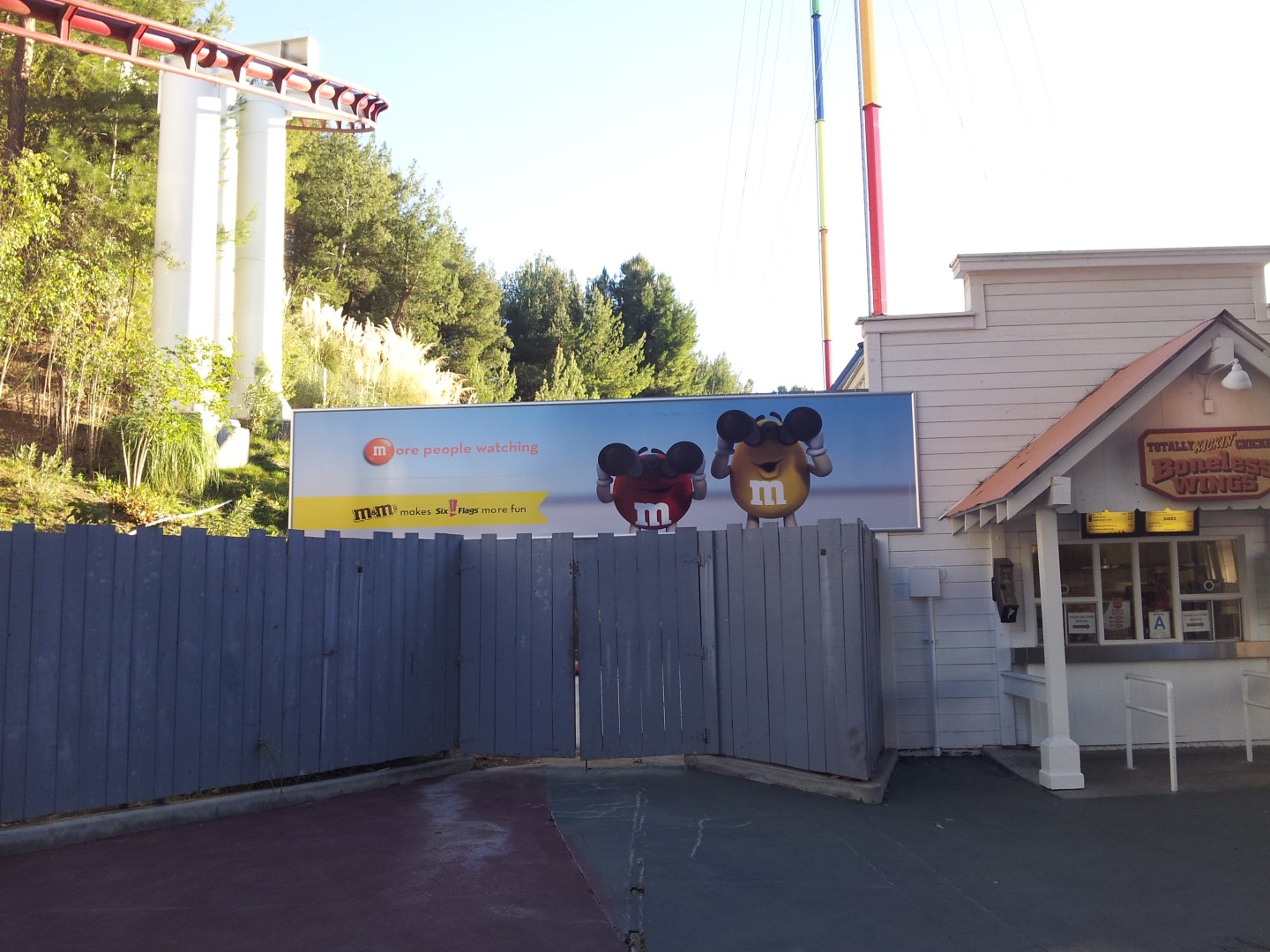 After Xtreme Zone received a new/refurbished sign on the other side of the building, it seems as if the larger sign is currently being refurbished. 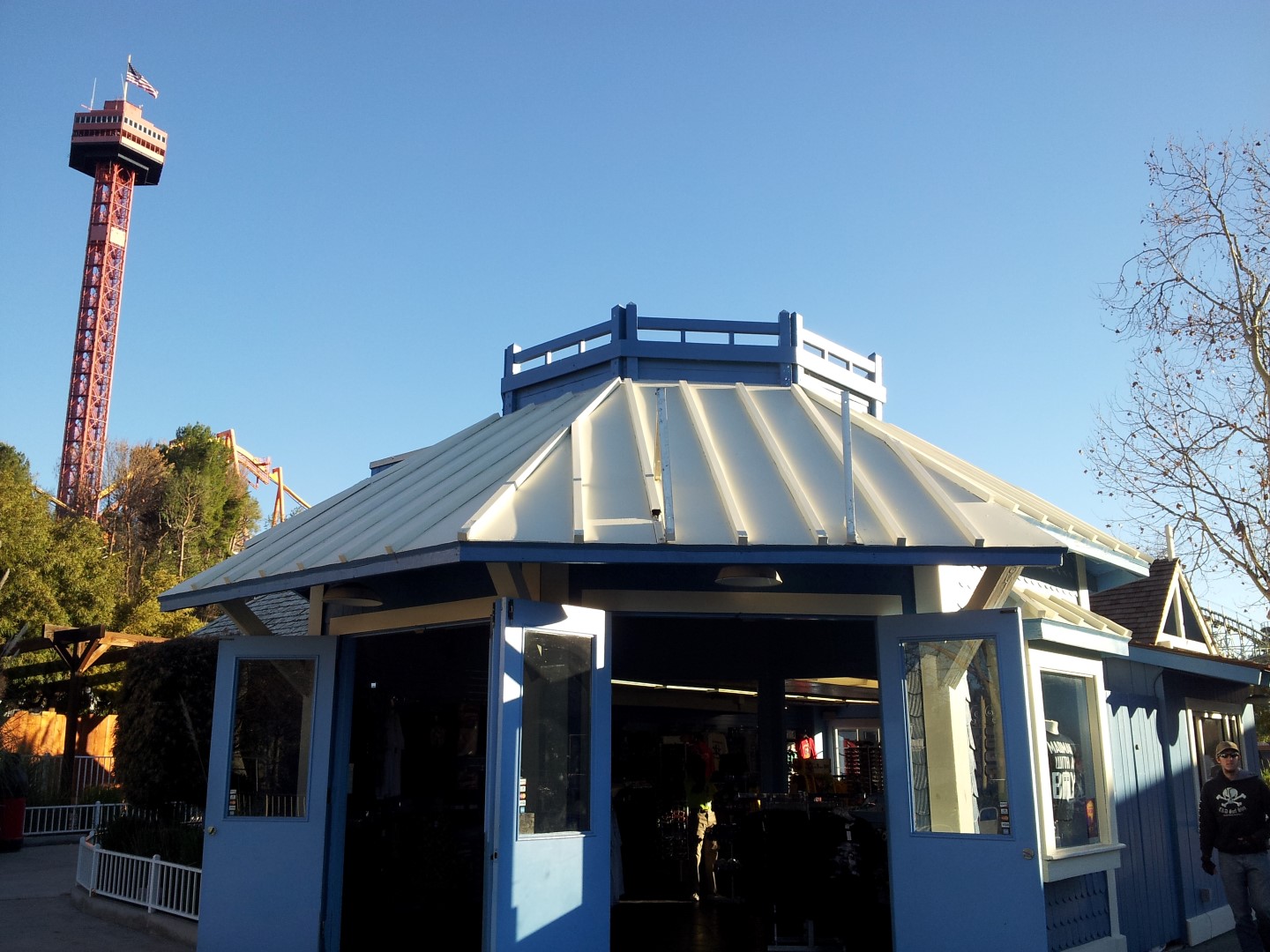 Can’t wait for Ninja to return to 2 trains… I’d also like it’s station to receive a repaint of some sort with new lights. It looks a little disgusting by now. 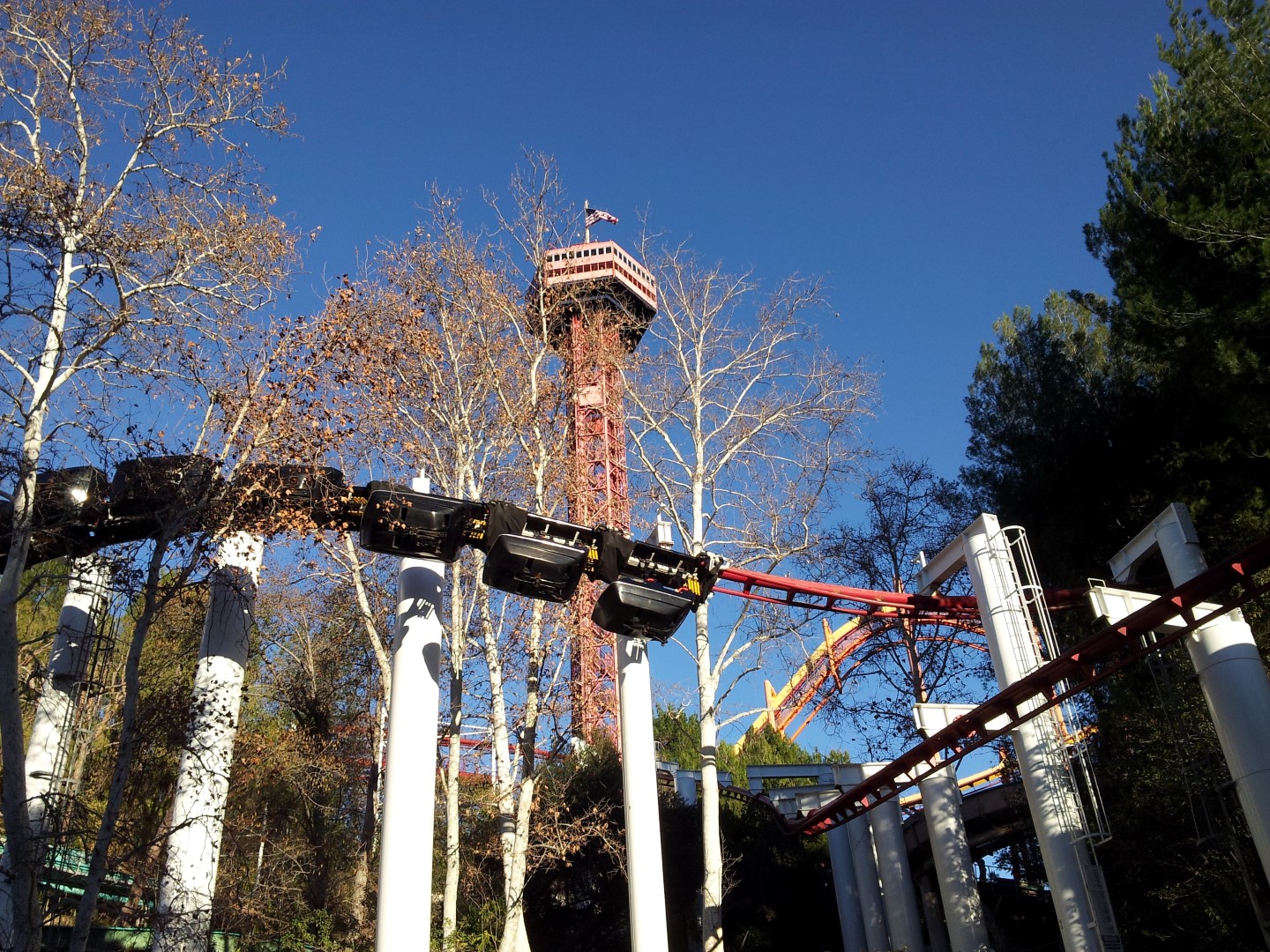 I took this picture some time last week and forgot to put in the update, but I’m very curious why the promotion booth at Six Flags Plaza has a picture of the Boomerang at Wiener Prater on it, with the Six Flags logo… Six Flags has a whole bunch of coasters, and a couple of boomerangs as well… So how come there’s not a Six Flags coaster in the picture? 😀 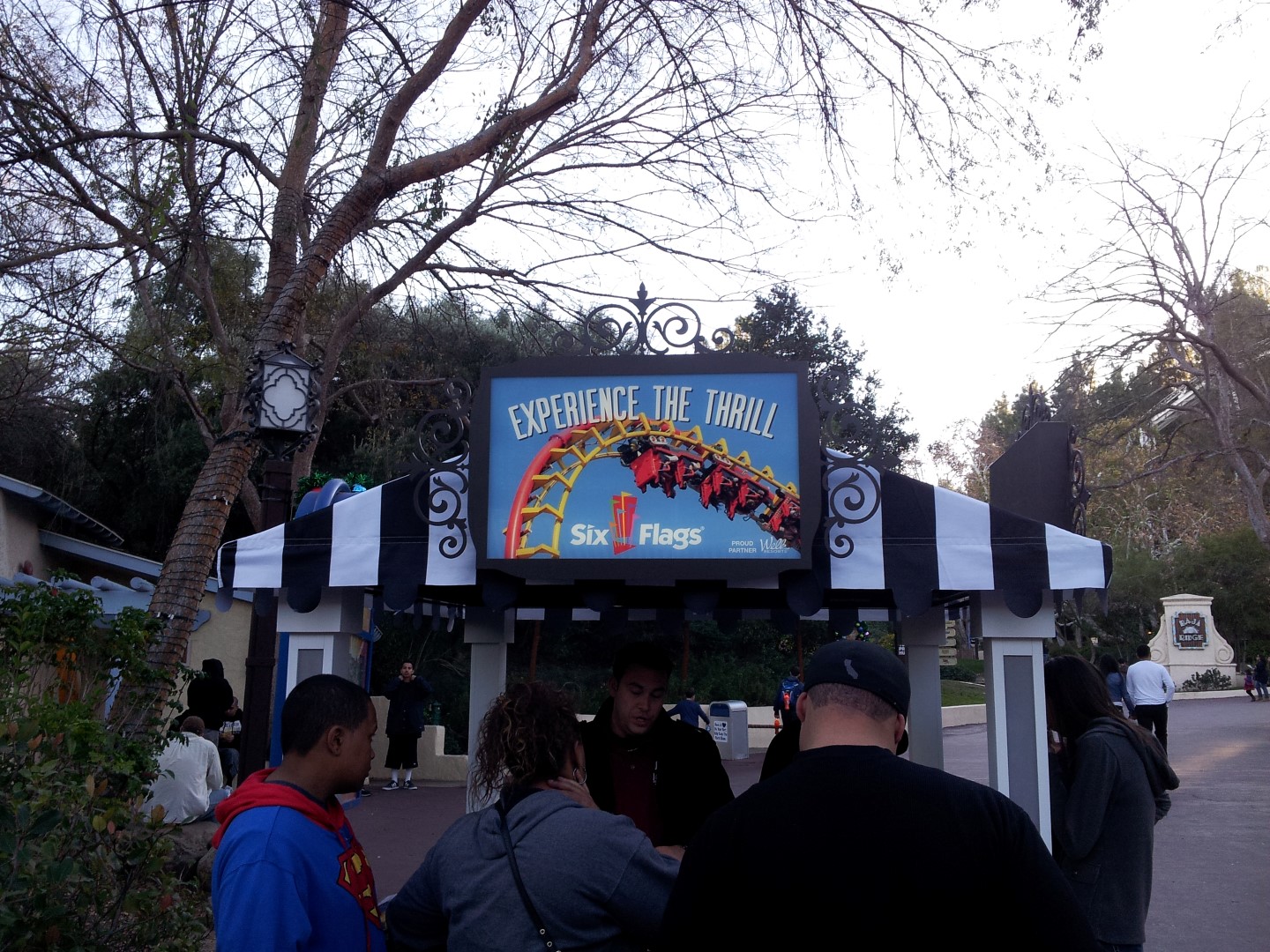 I hope that after Scream! received it’s make-over and repaint Tatsu is up next for a repaint. 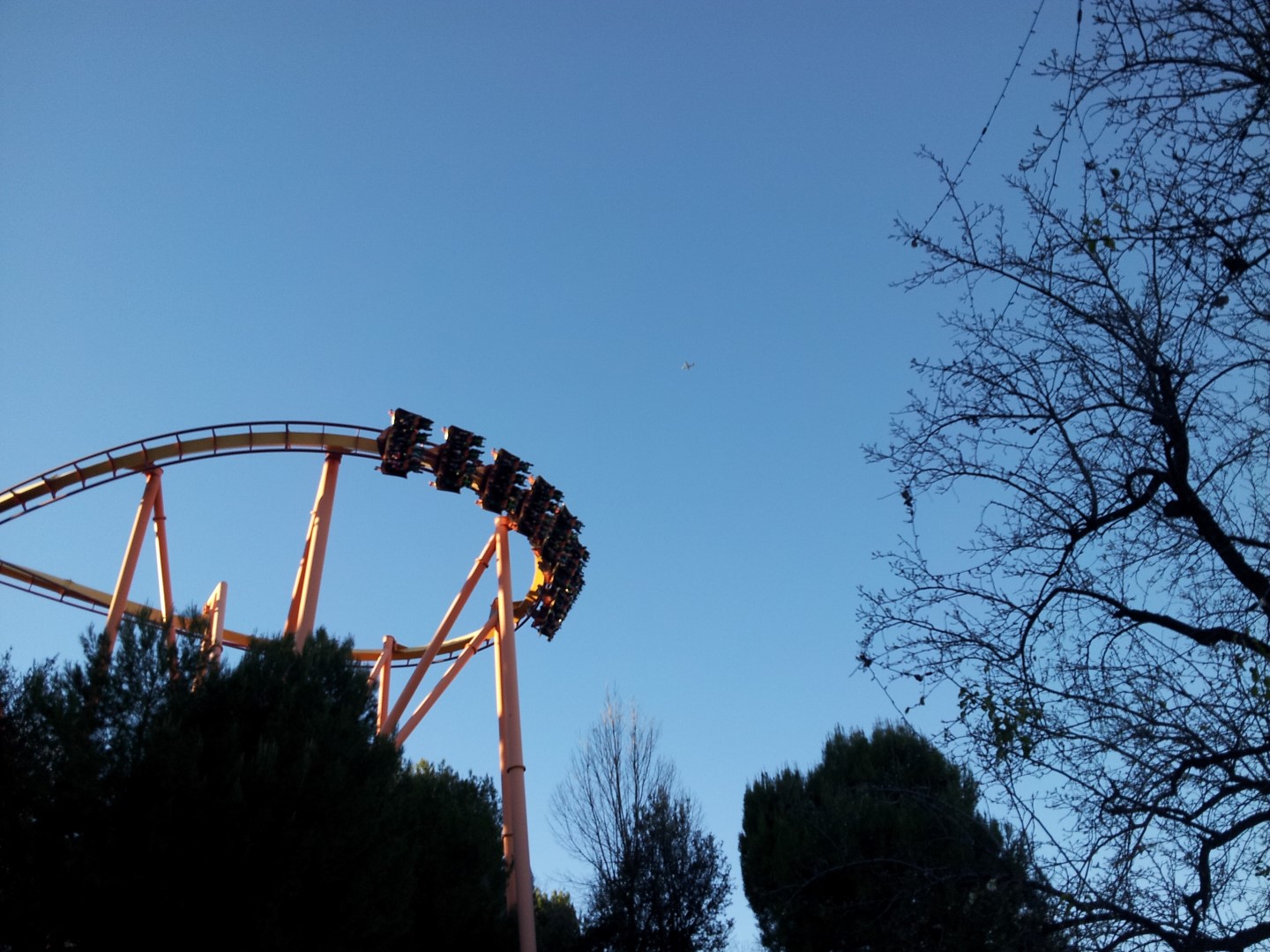 A few weeks after I purchased my 2015 Dining Pass, I stumble upon this sign… a Deluxe Dining Pass with snacks throughout the day is a thing now! Seems awesome, I’ll investigate if they have an upgrade for people that already purchased the regular pass. 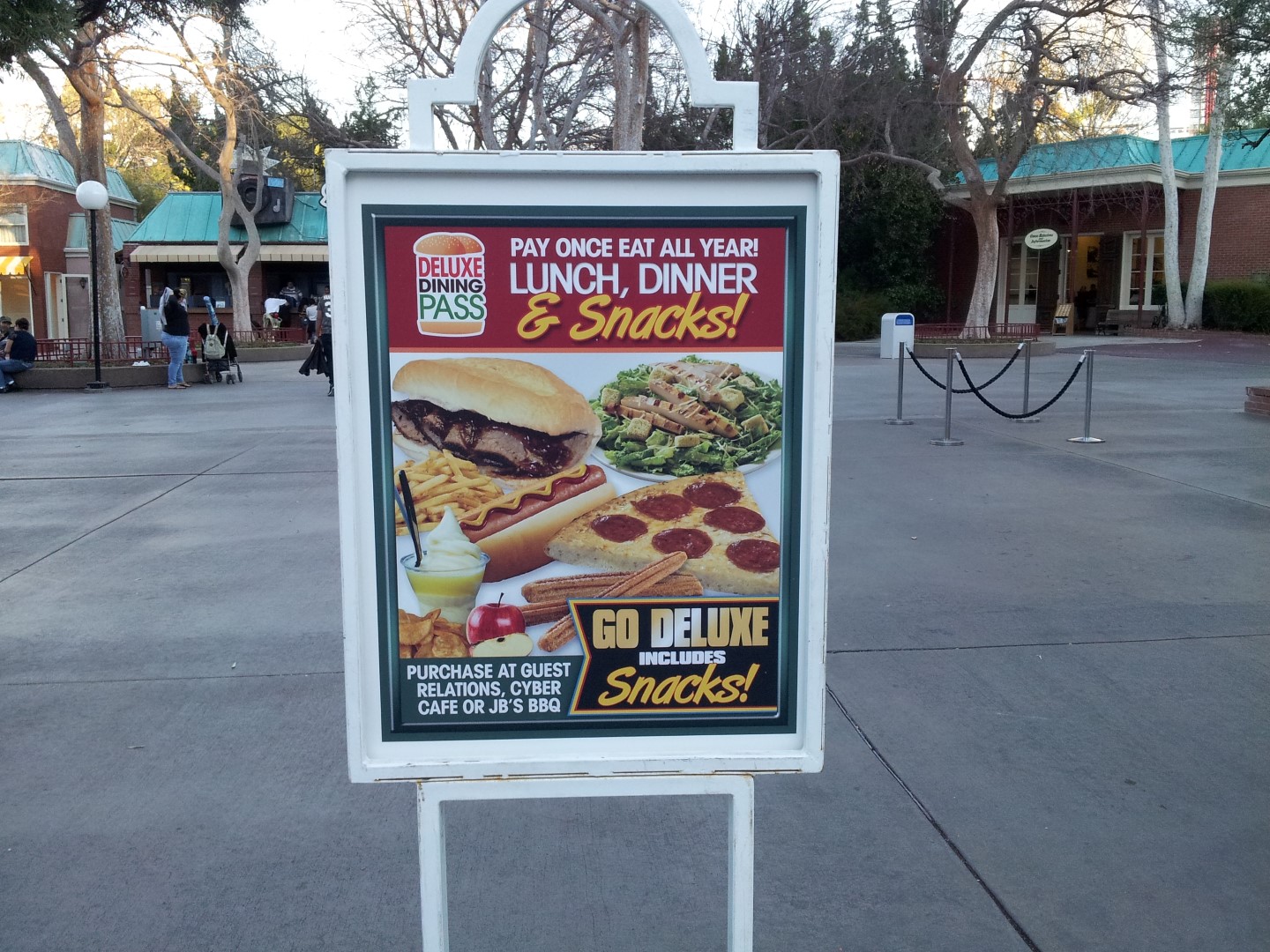 Let’s get to Twisted Colossus now!

They’re further dismantling the structure. They’re currently taking away the track and parts of the old camel-backs/ block-brake run. 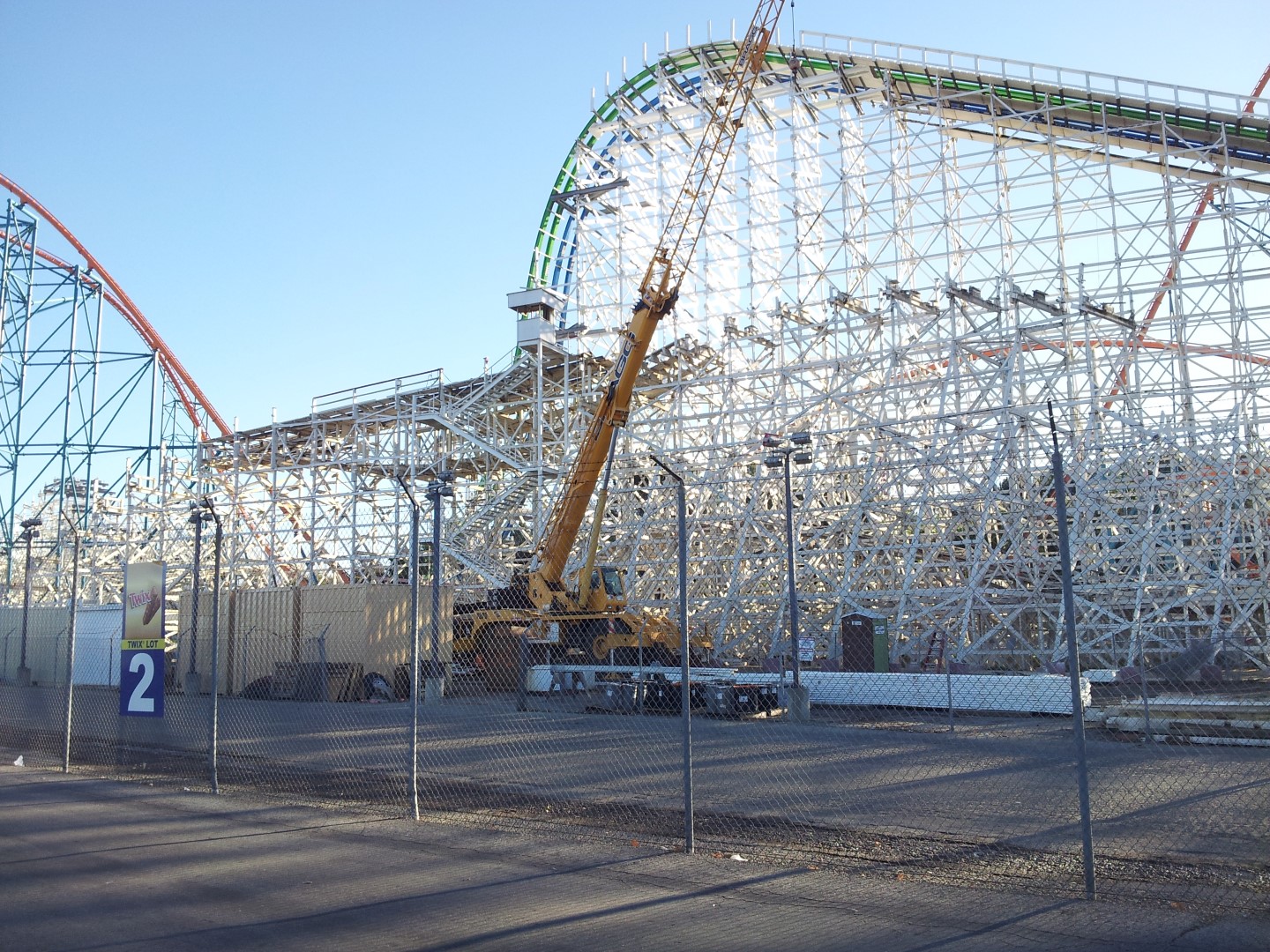 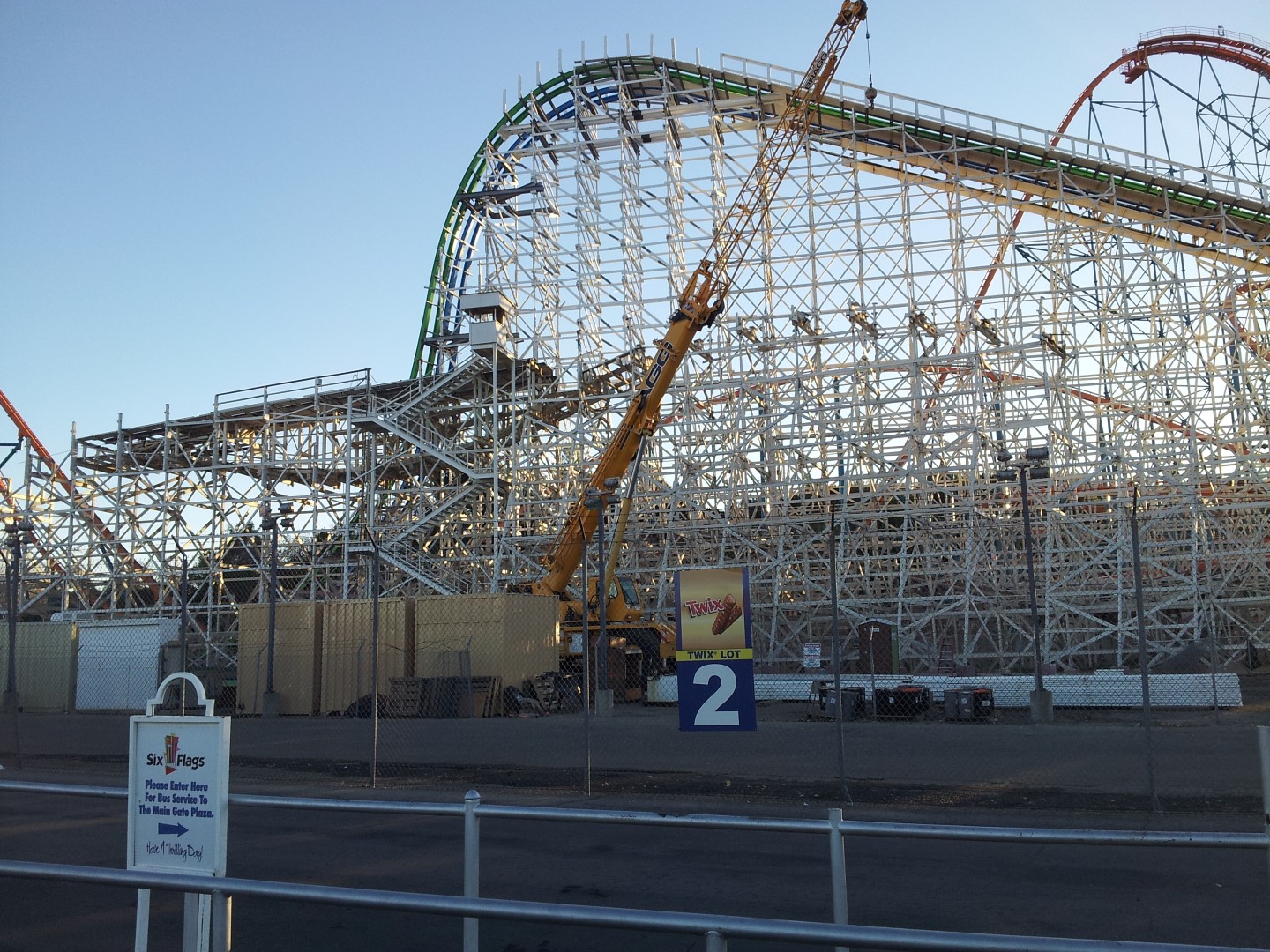 There are some more structural preparations going on at the second turn around. 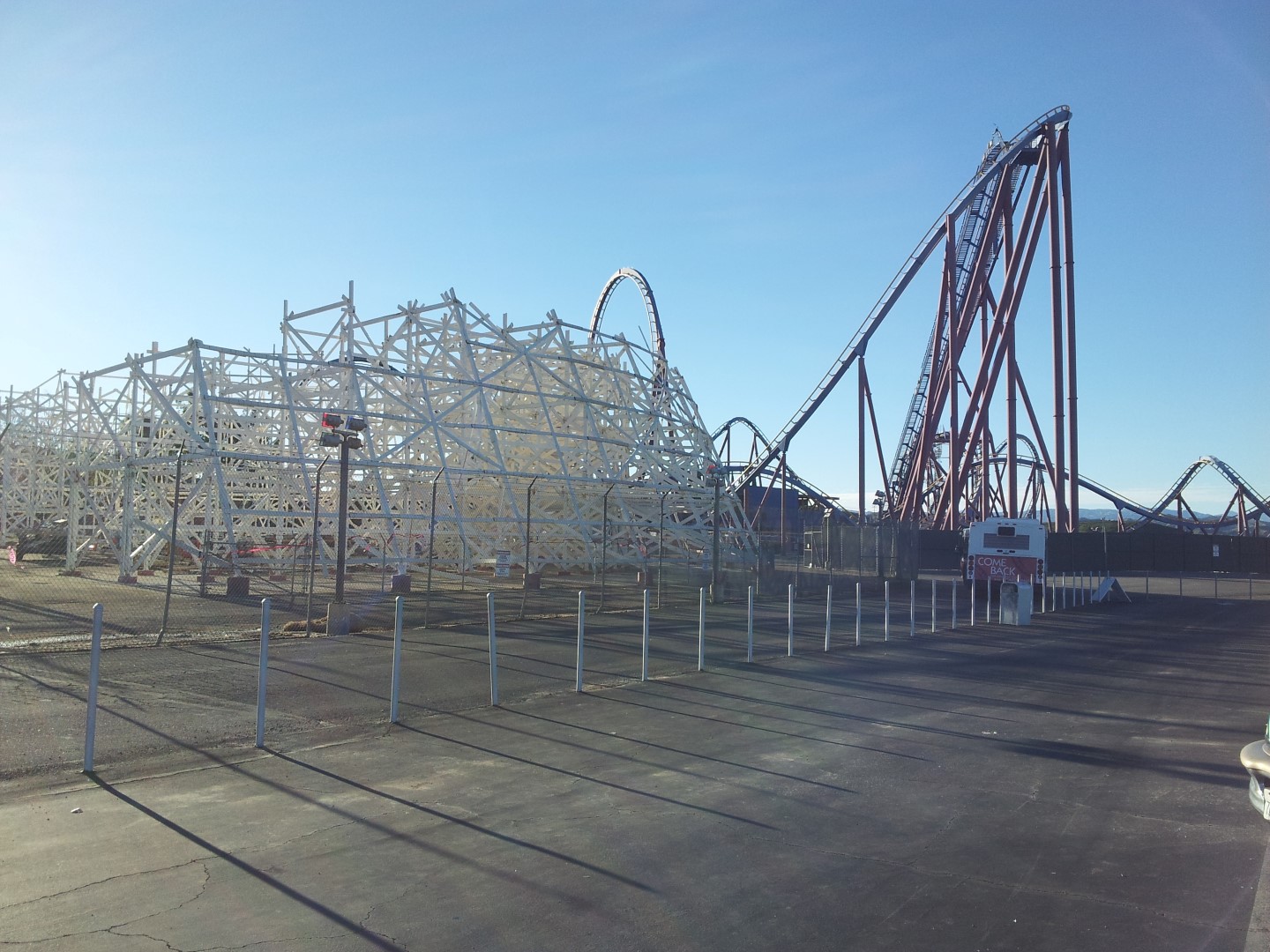 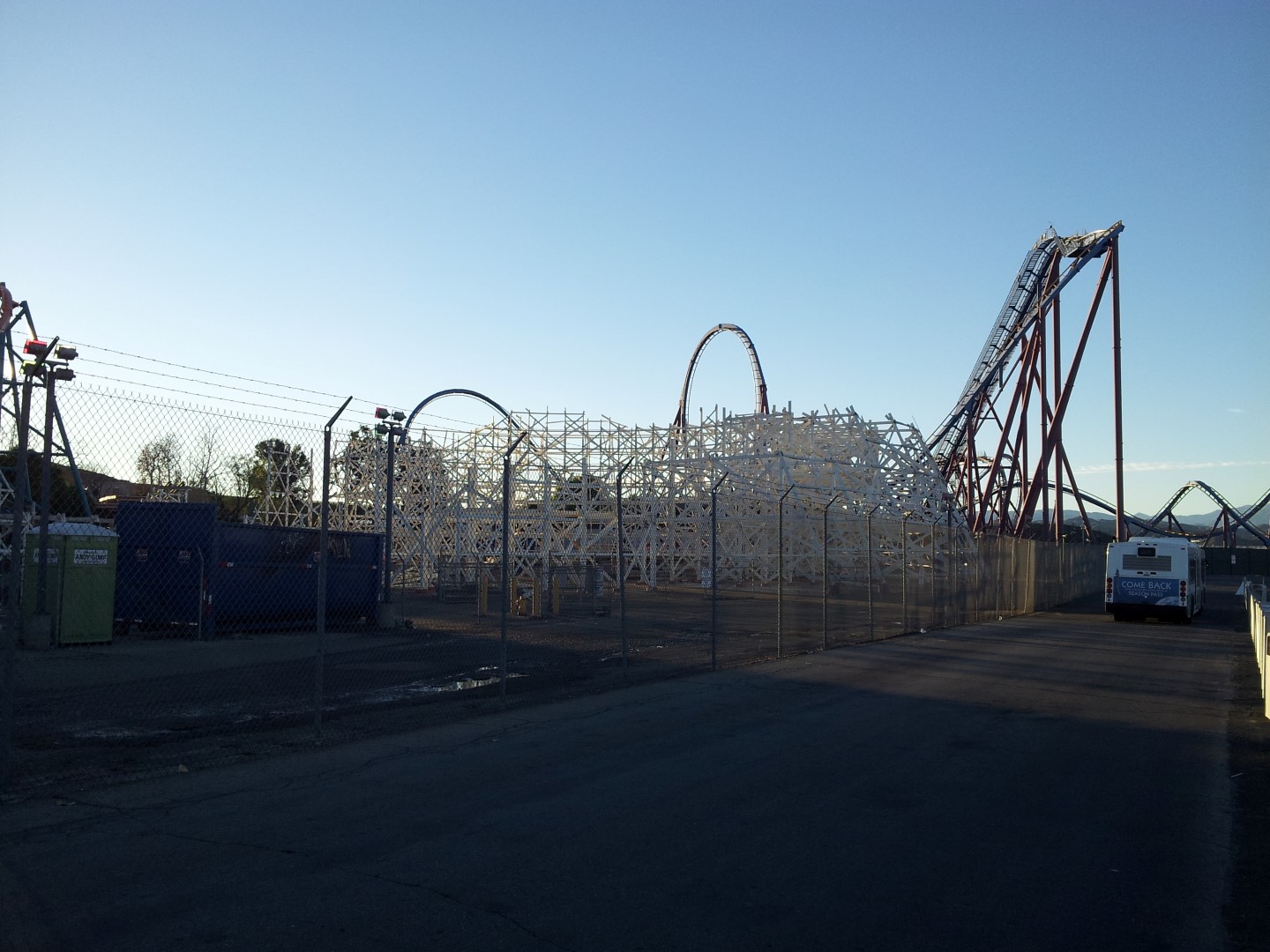 They’re also constructing the top of the catwalks on both sides of the lift-hills. 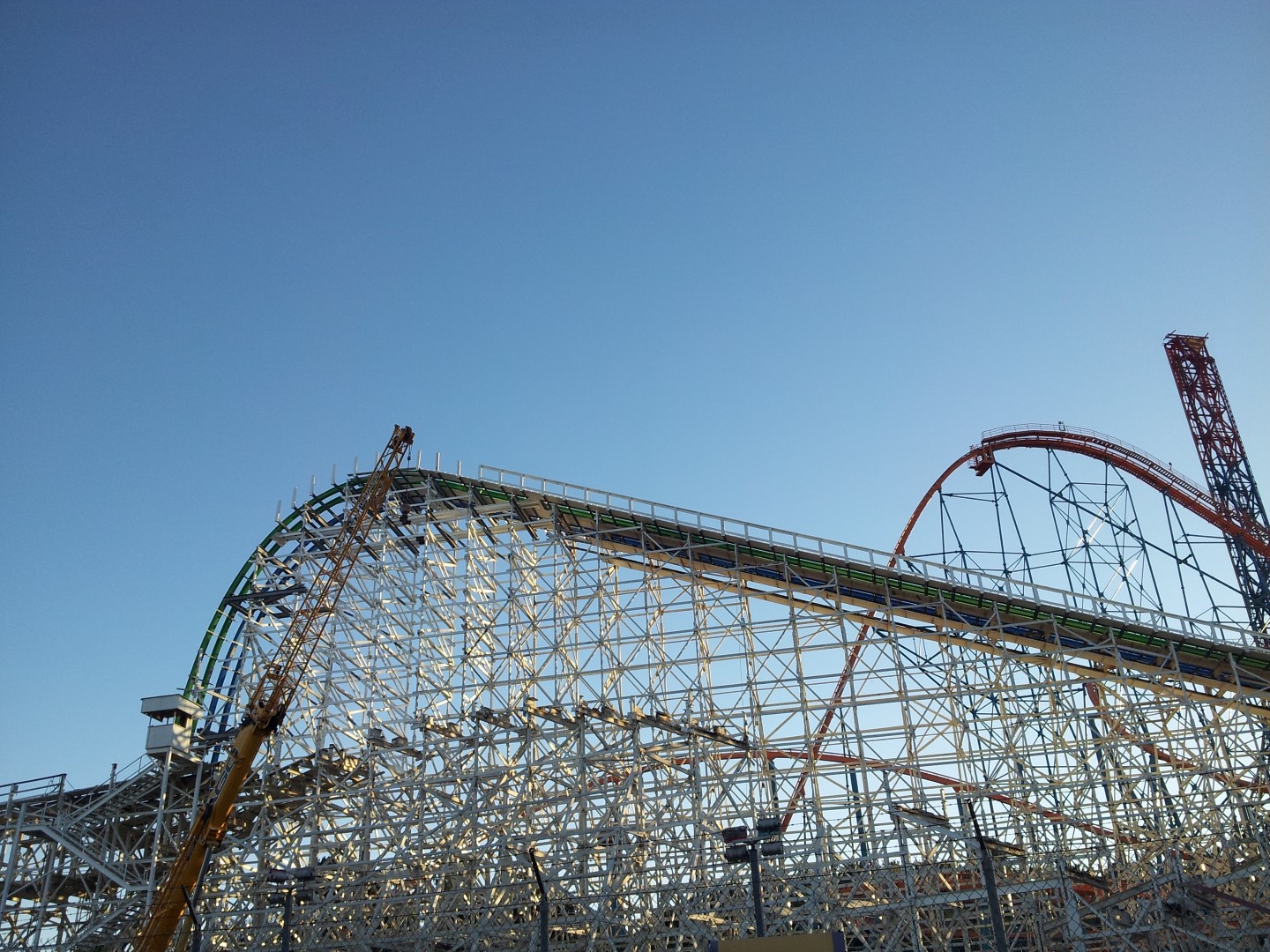 Behind these walls construction continues, with most landscaping being taken out. 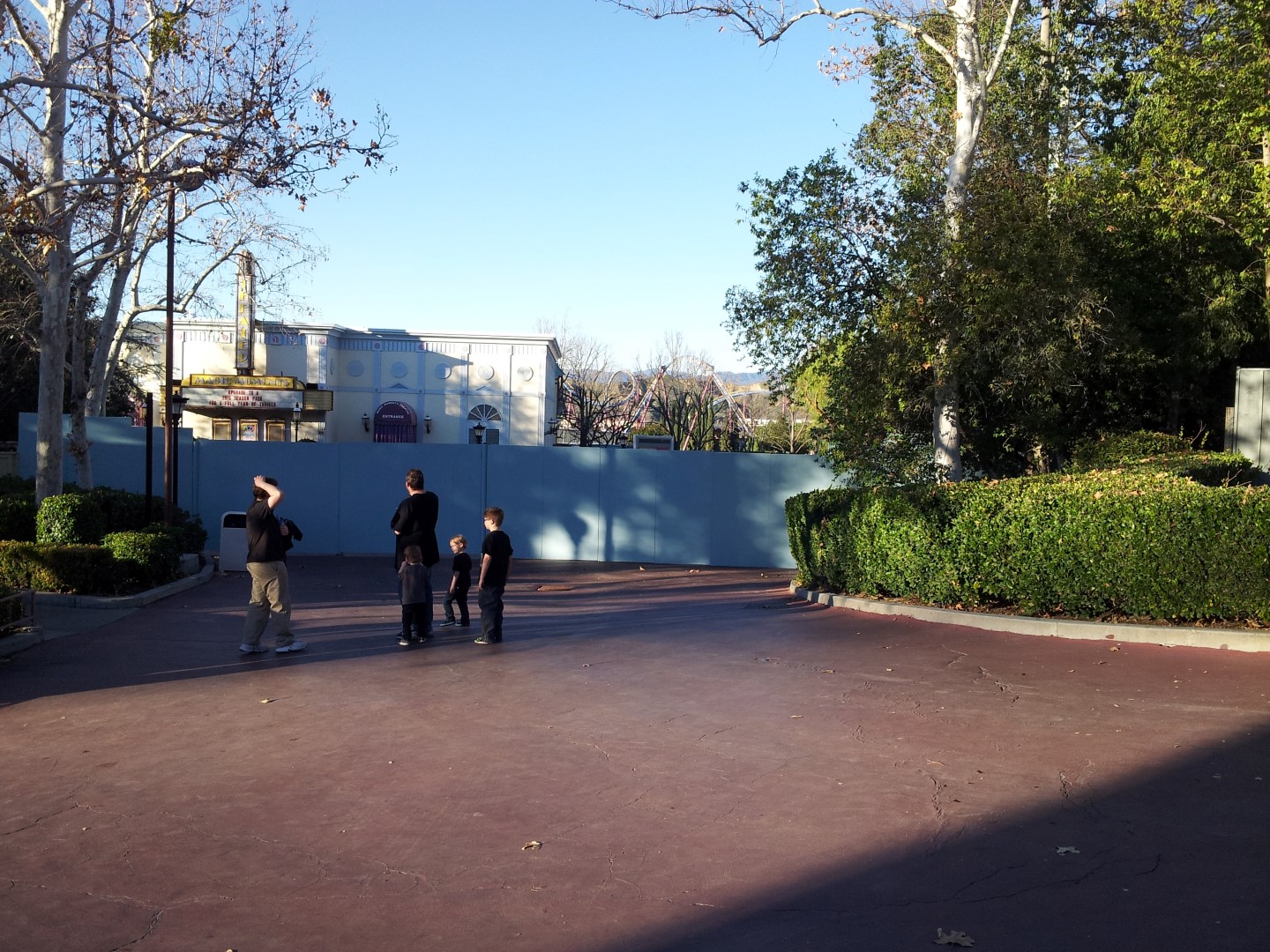 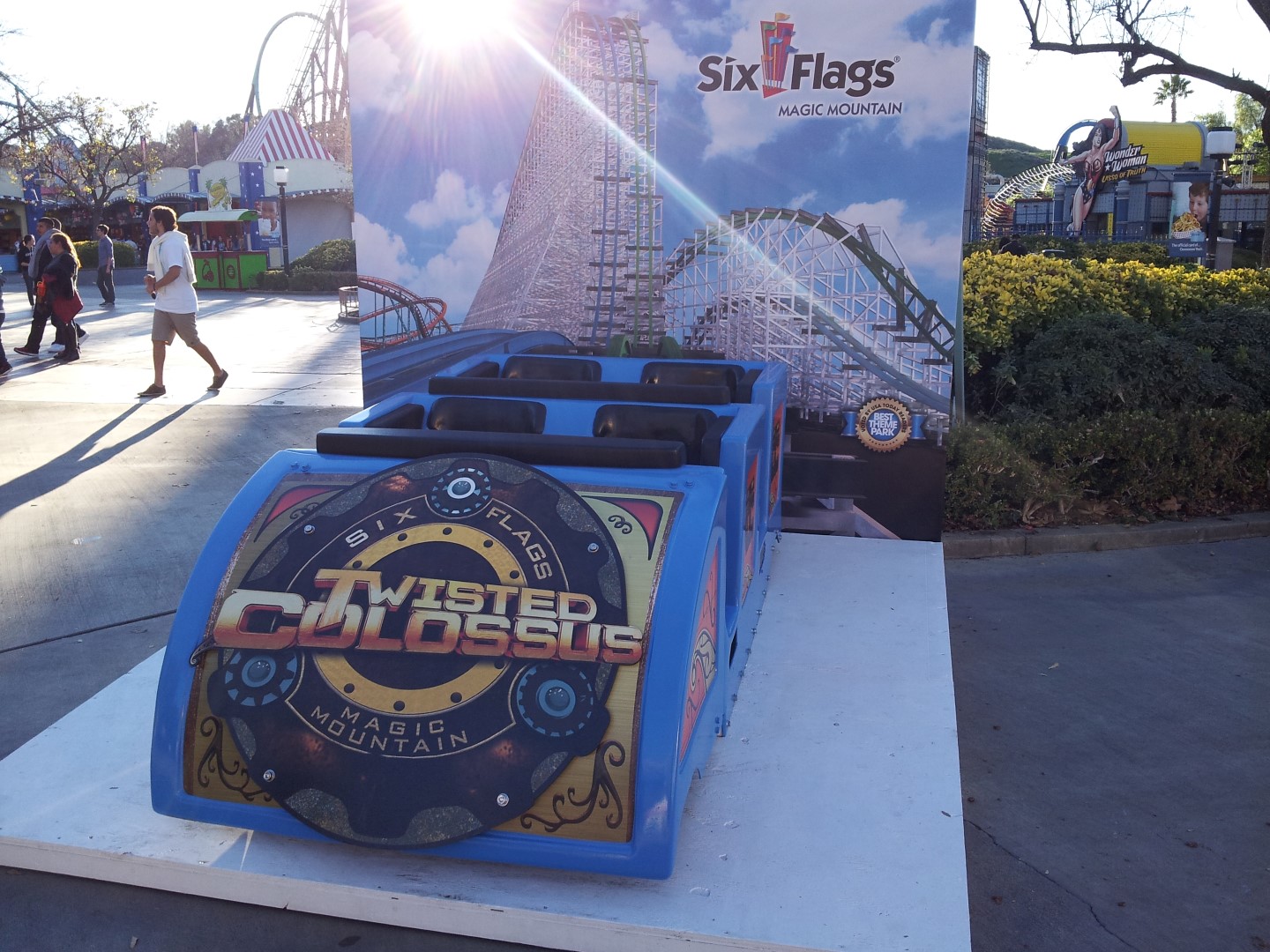 It looks pretty nice, but really I can’t wait to sit in the actual TC trains! 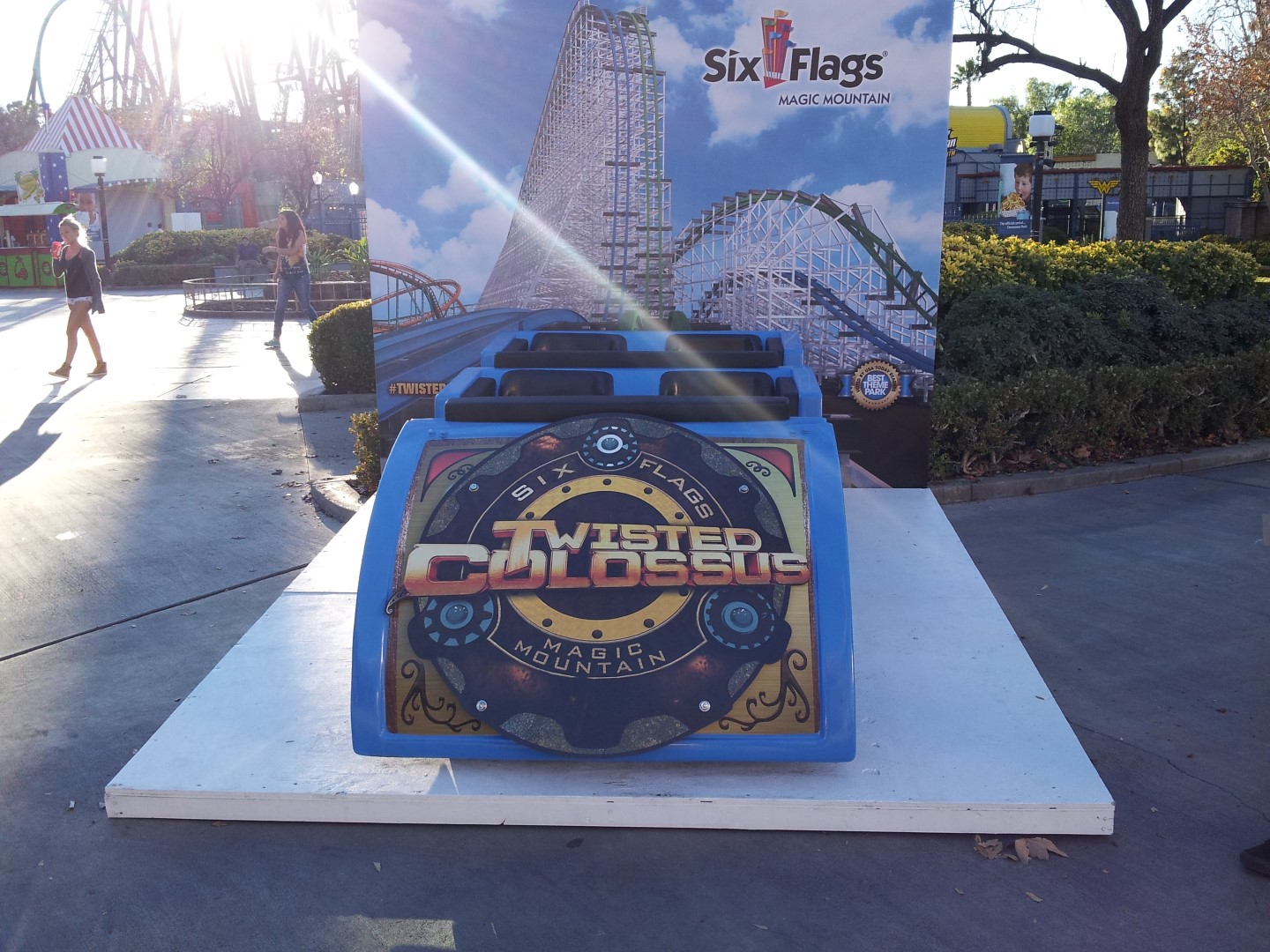 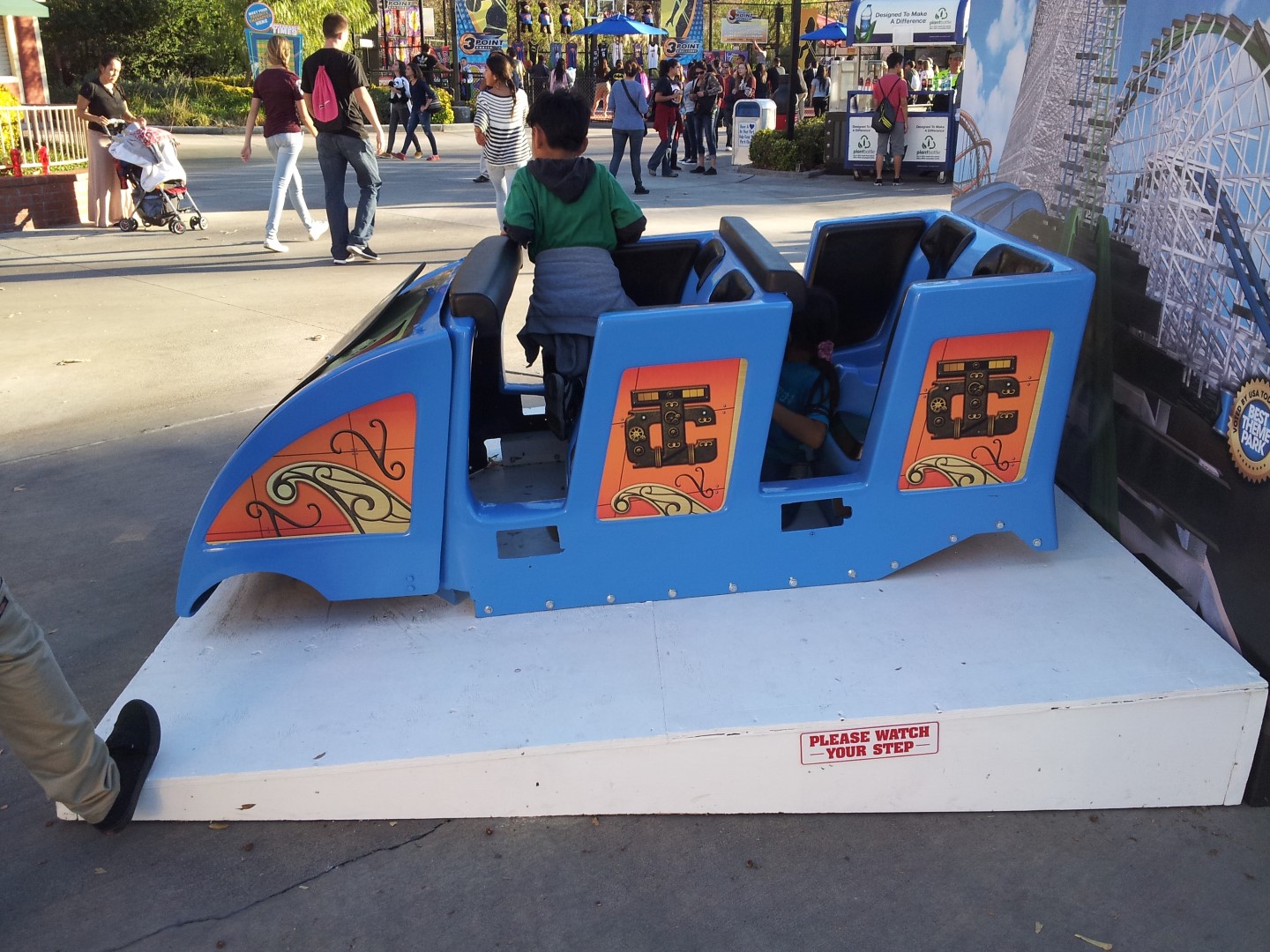