I went to Six Flags Magic Mountain two days in a row, and decided to combine the things I saw into one update. So here it is, on the bottom of the post you’ll find the Twisted Colossus Update from yesterday as well.

Holiday in the Park is now over, but pretty much every single piece of Holiday theming is still in the park. 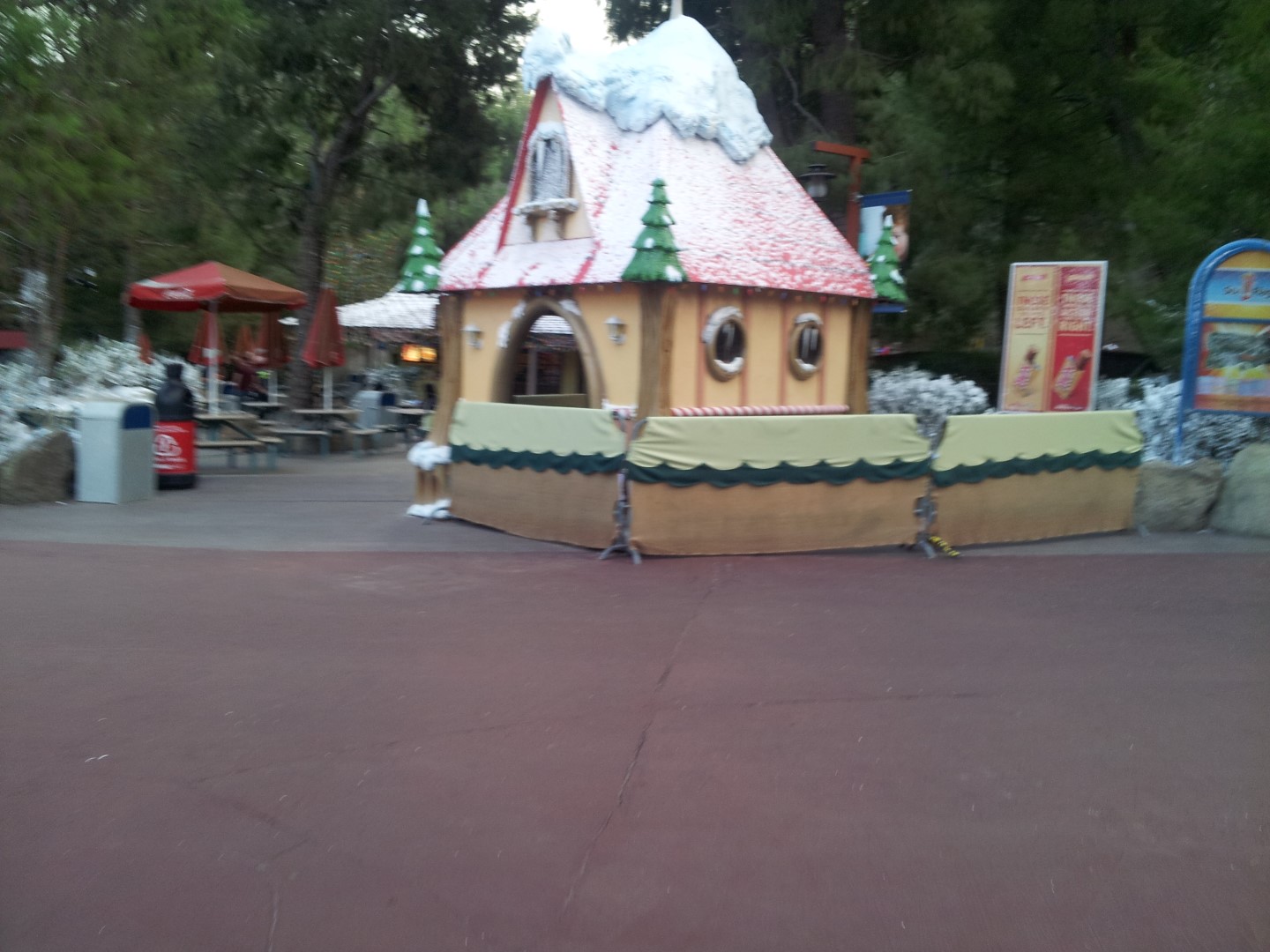 My guess is, that next week when they’re closed, they’ll start converting the park back to what it was, but they sure have a lot of work to do. 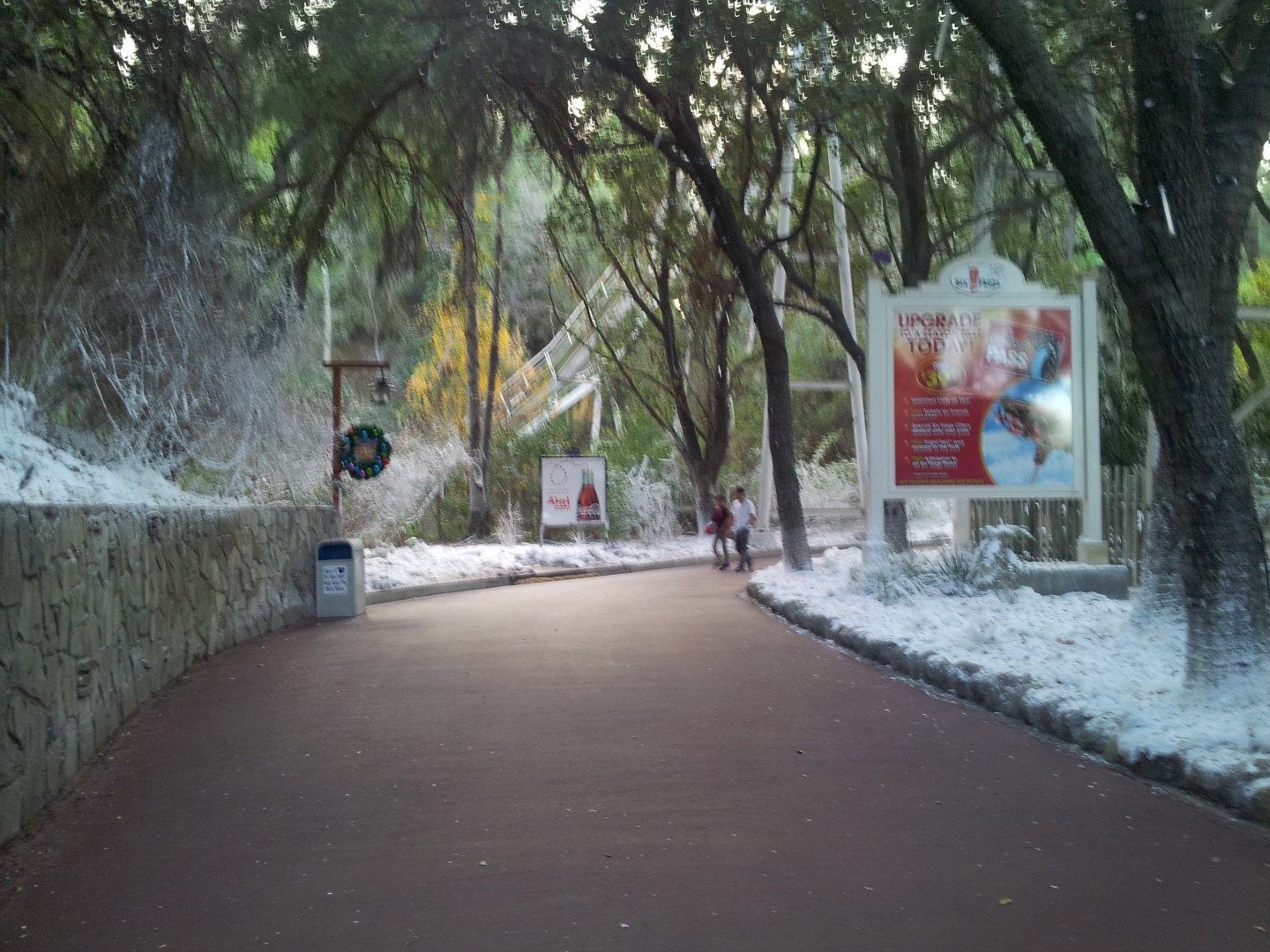 Funny enough I saw many people still taking pictures with the tree of heroes over at DC Universe. 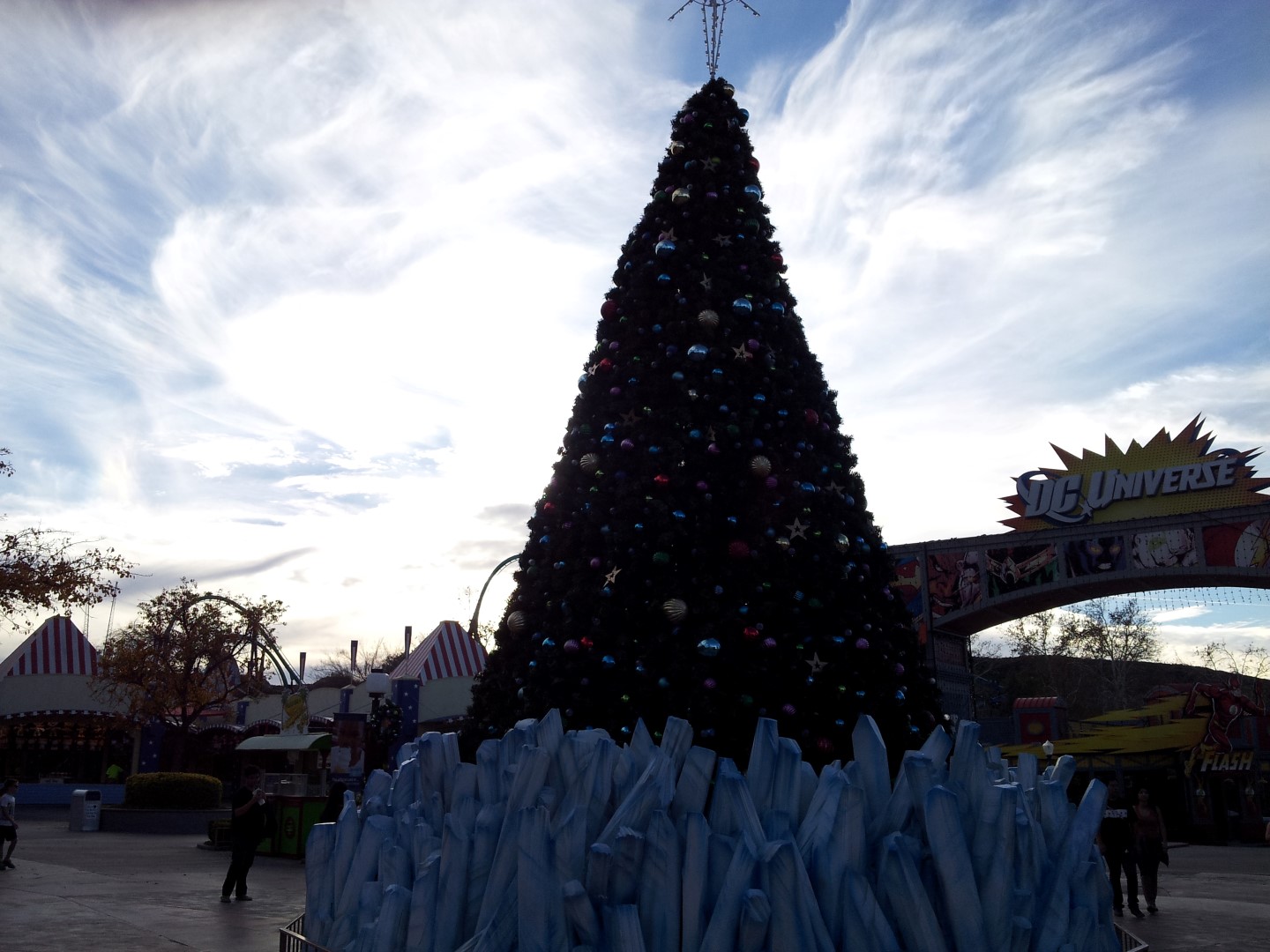 The Holiday in the Park wreaths that the park hung up on almost every single lamppost, are pretty much all still there. I expected them to take them down earlier, like during the crowd-less operating days this week. 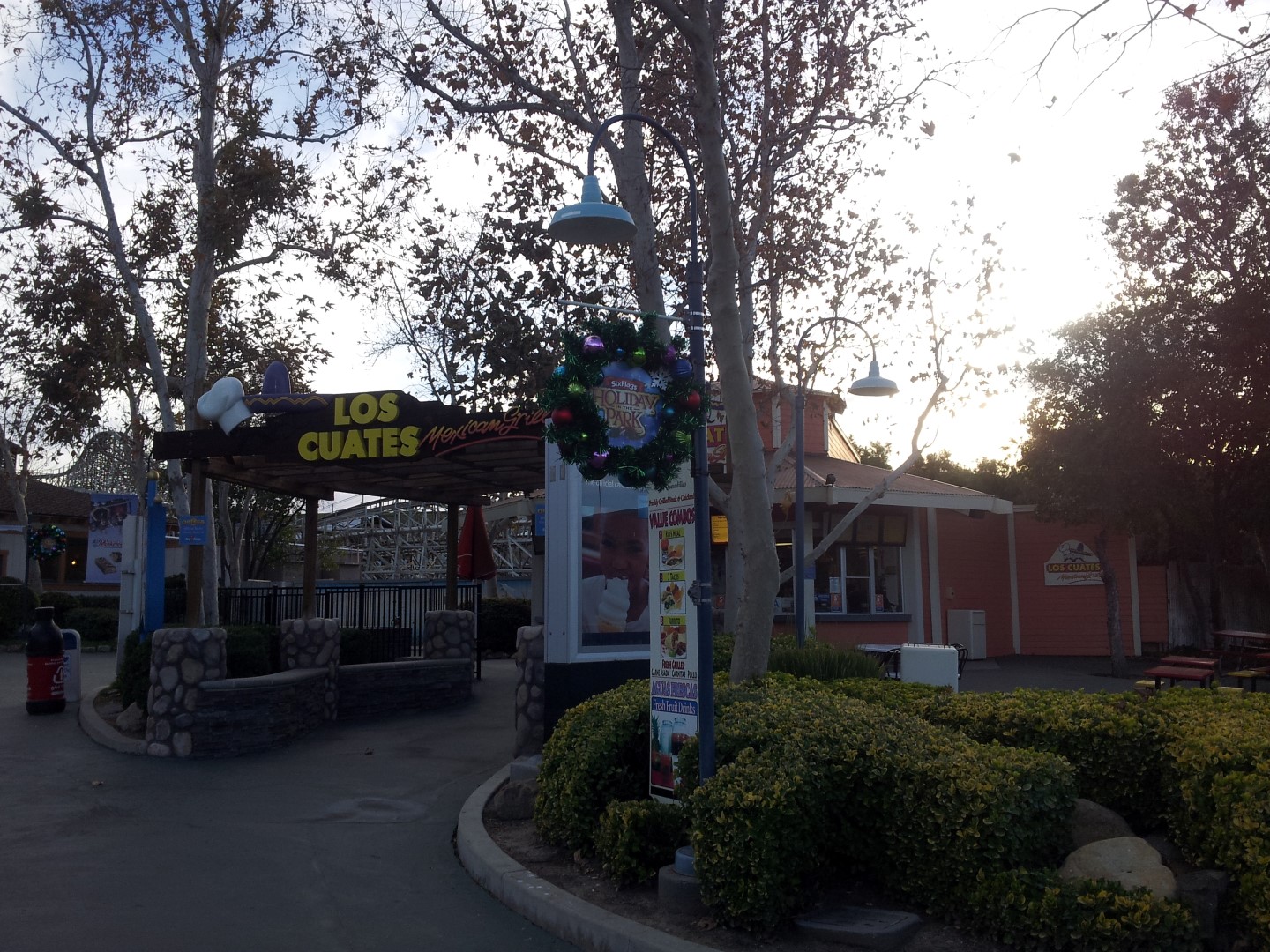 The tree of water is turned off and the photo-op scenery is gone. The lights that moved are protected in their plastic boxes to be taken out soon. 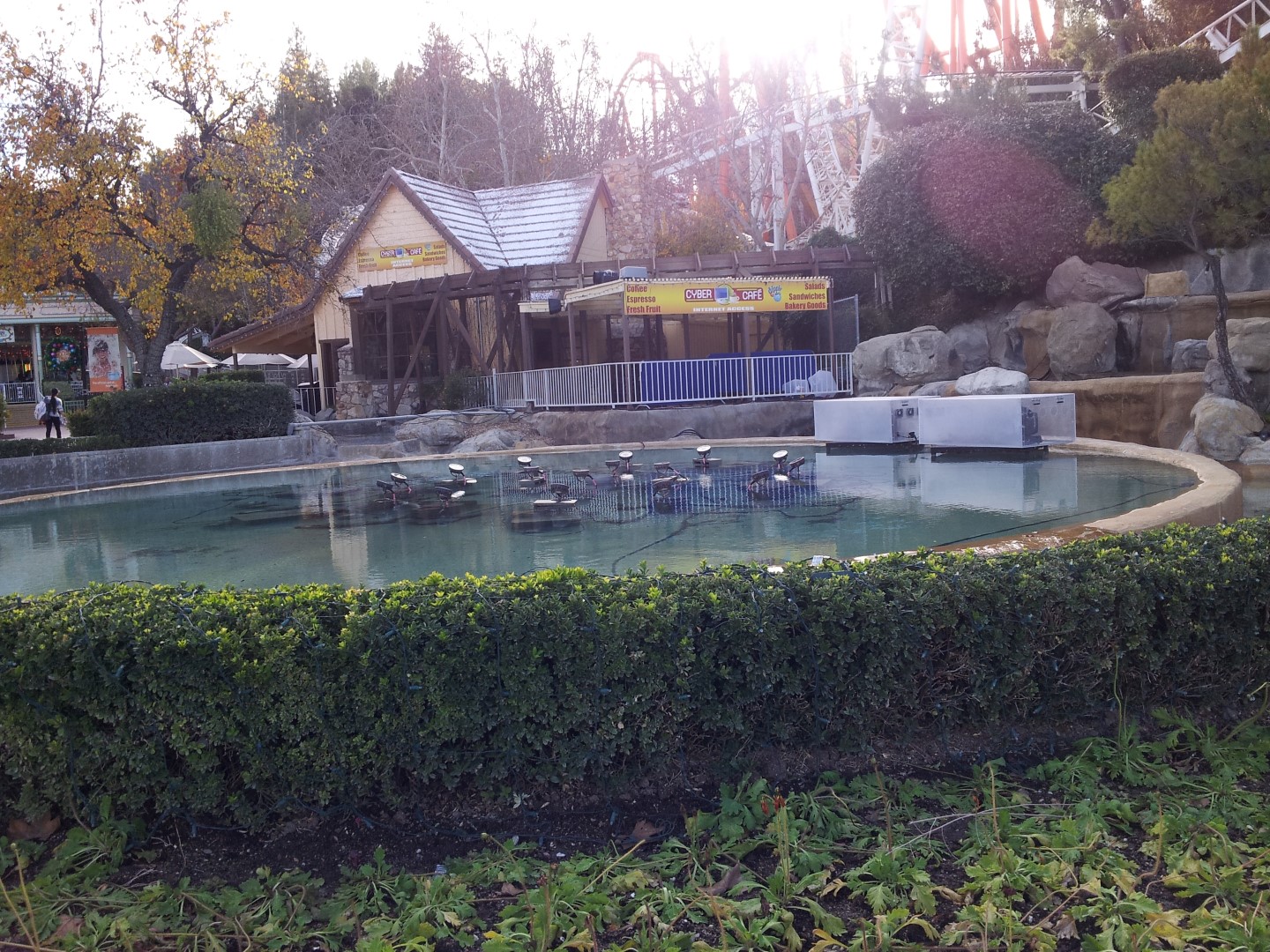 Yesterday they were taking apart the stage. 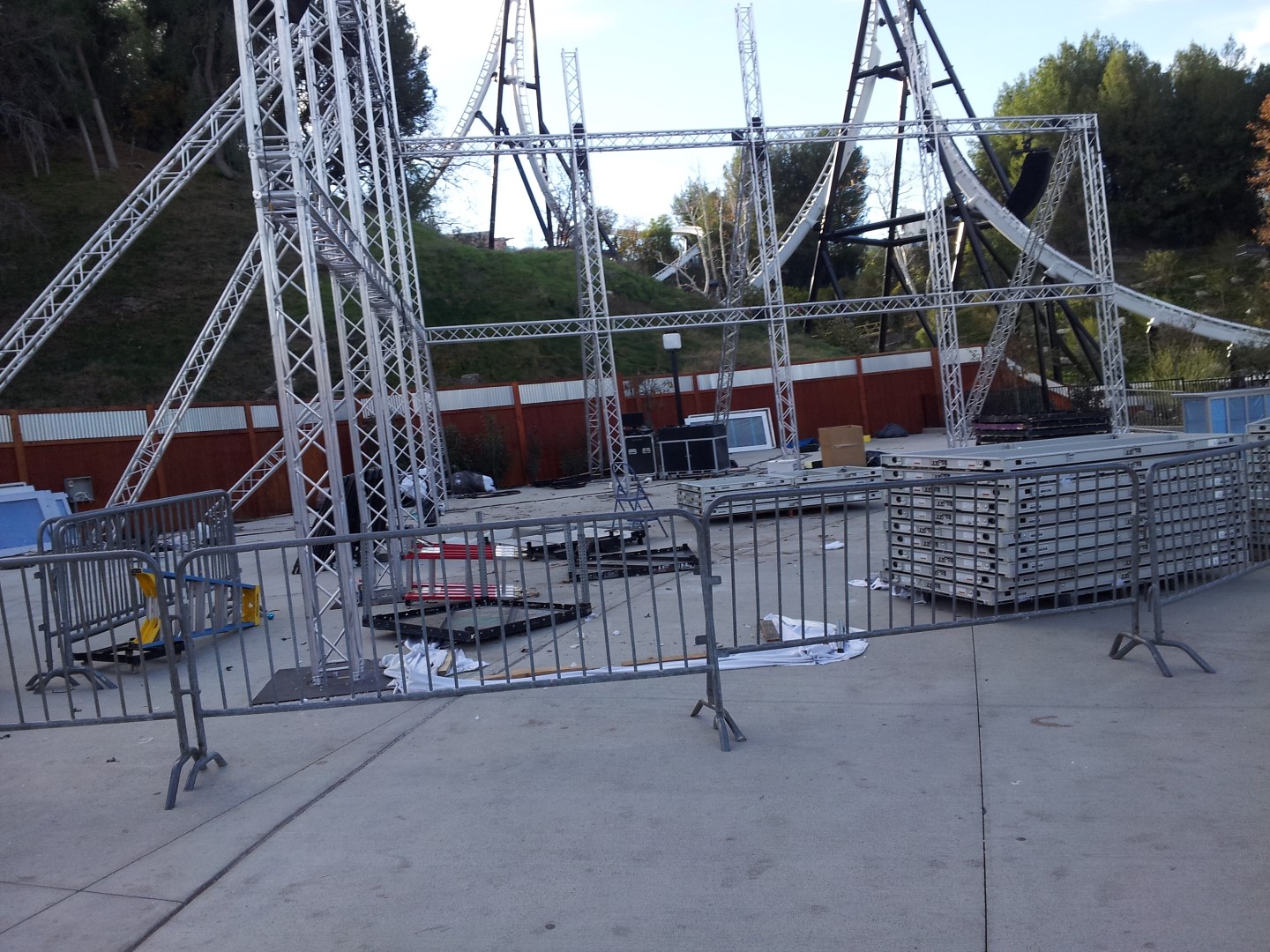 Today only the frame of the light-installations was left standing. 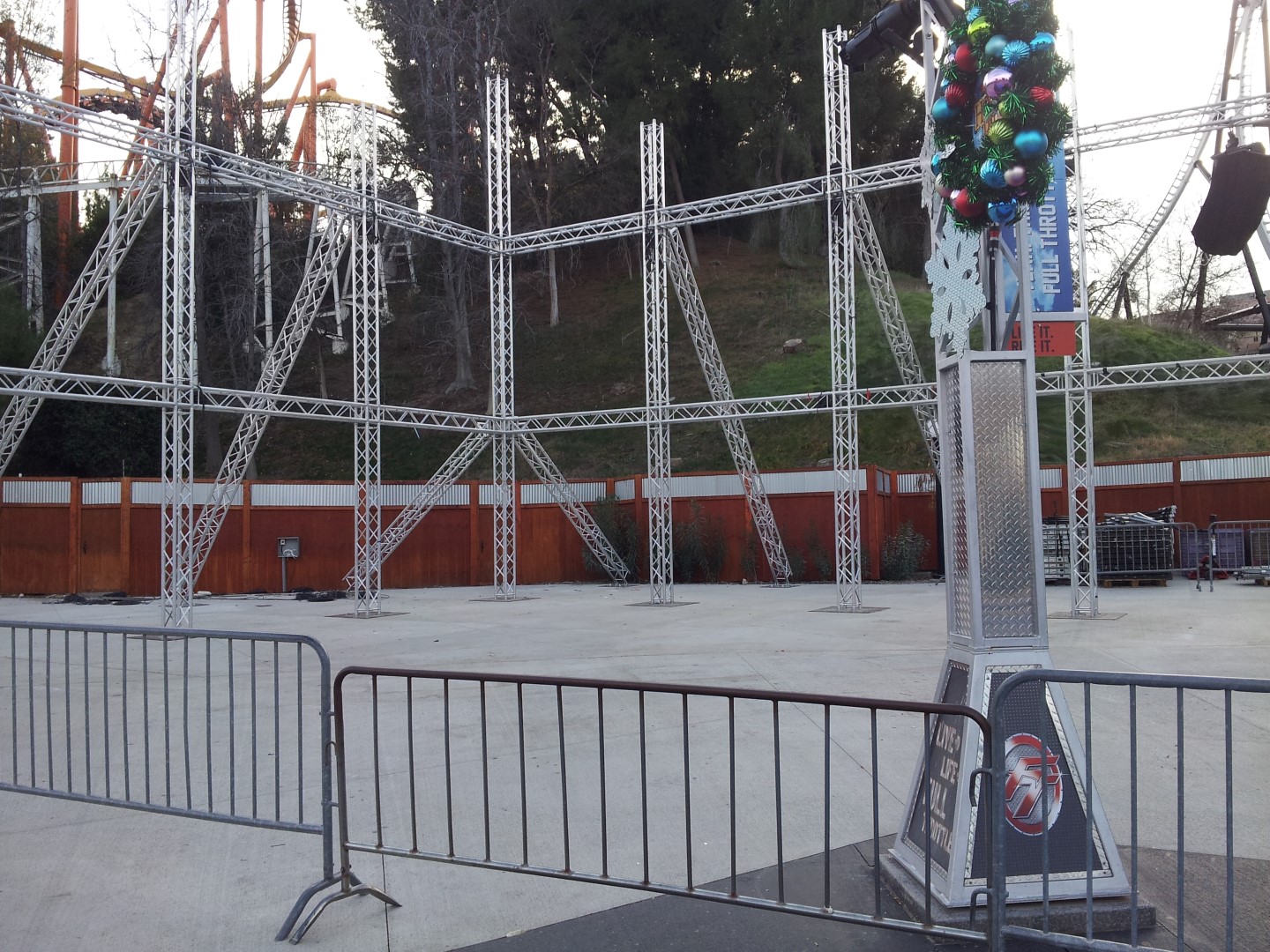 Sorry for the blurry picture, but it’s time for the pistachio park walls to be fixed, the wallpaper is tearing off. 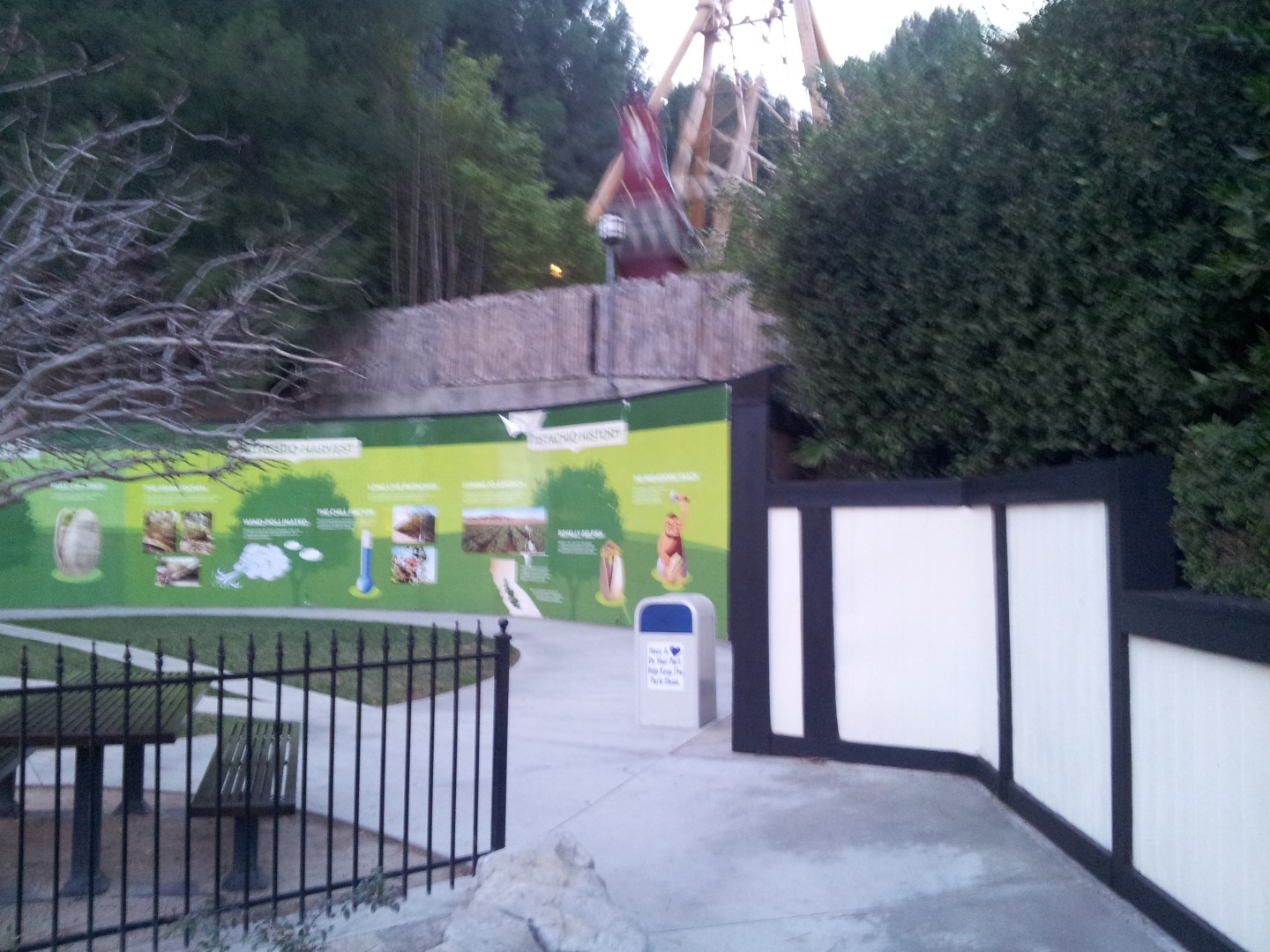 Jet Stream, though still leaking significantly less than a couple of months ago, is starting to leak pretty badly again. 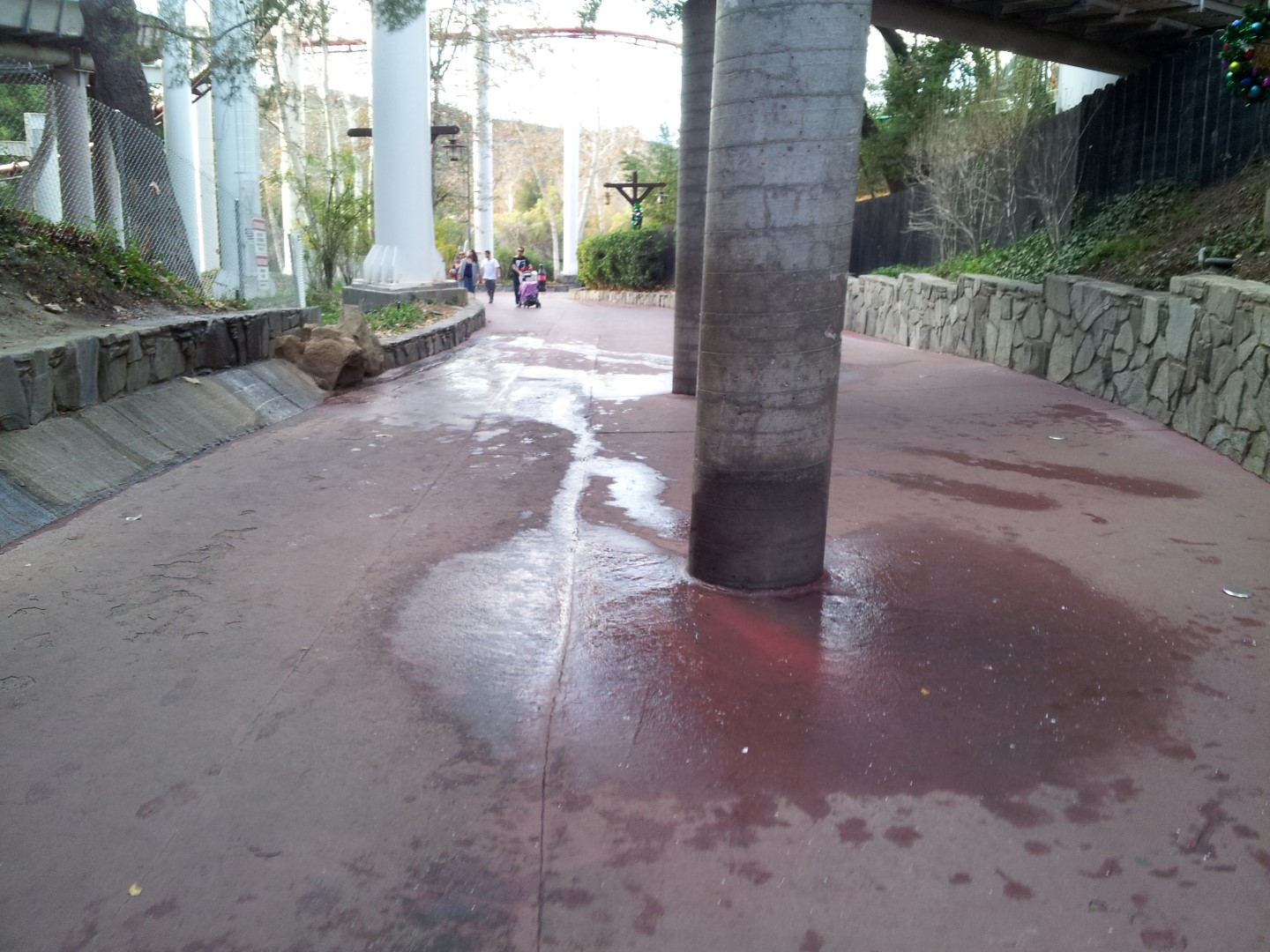 The park did though manage to finally fix up the Xtreme Zone sign after the T was missing and the sign was faded for a very long time. 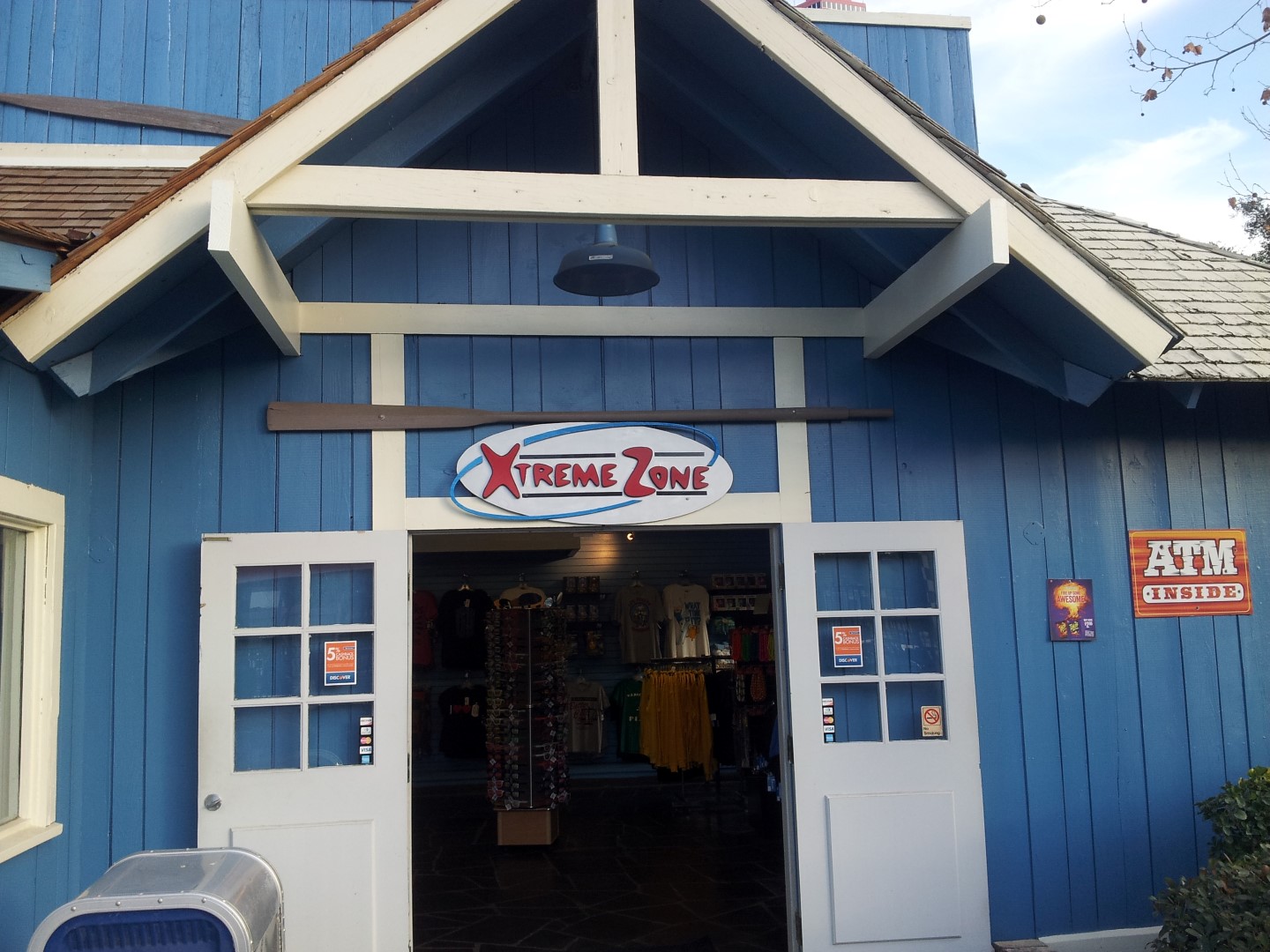 To my surprise, I noticed that the paint on Batman is starting to just simply flake off. It’s slightly hard to see in the pictures, but there’s plenty of places along the track where the paint just let loose, tore off, and the old gray track colors are clearly visible below. 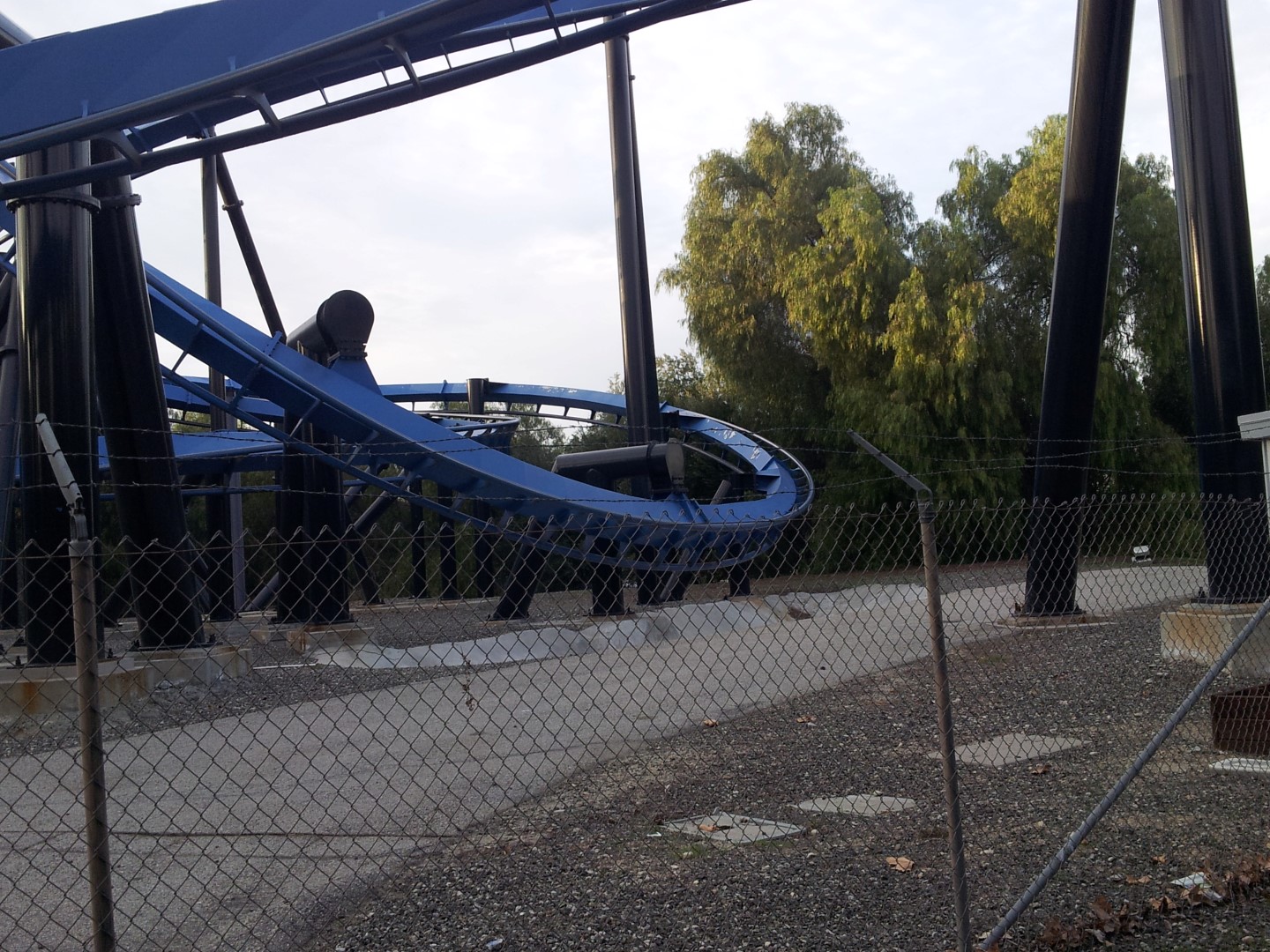 Still hard to see, but there are a couple of significant gray spots on the first corkscrew for example. 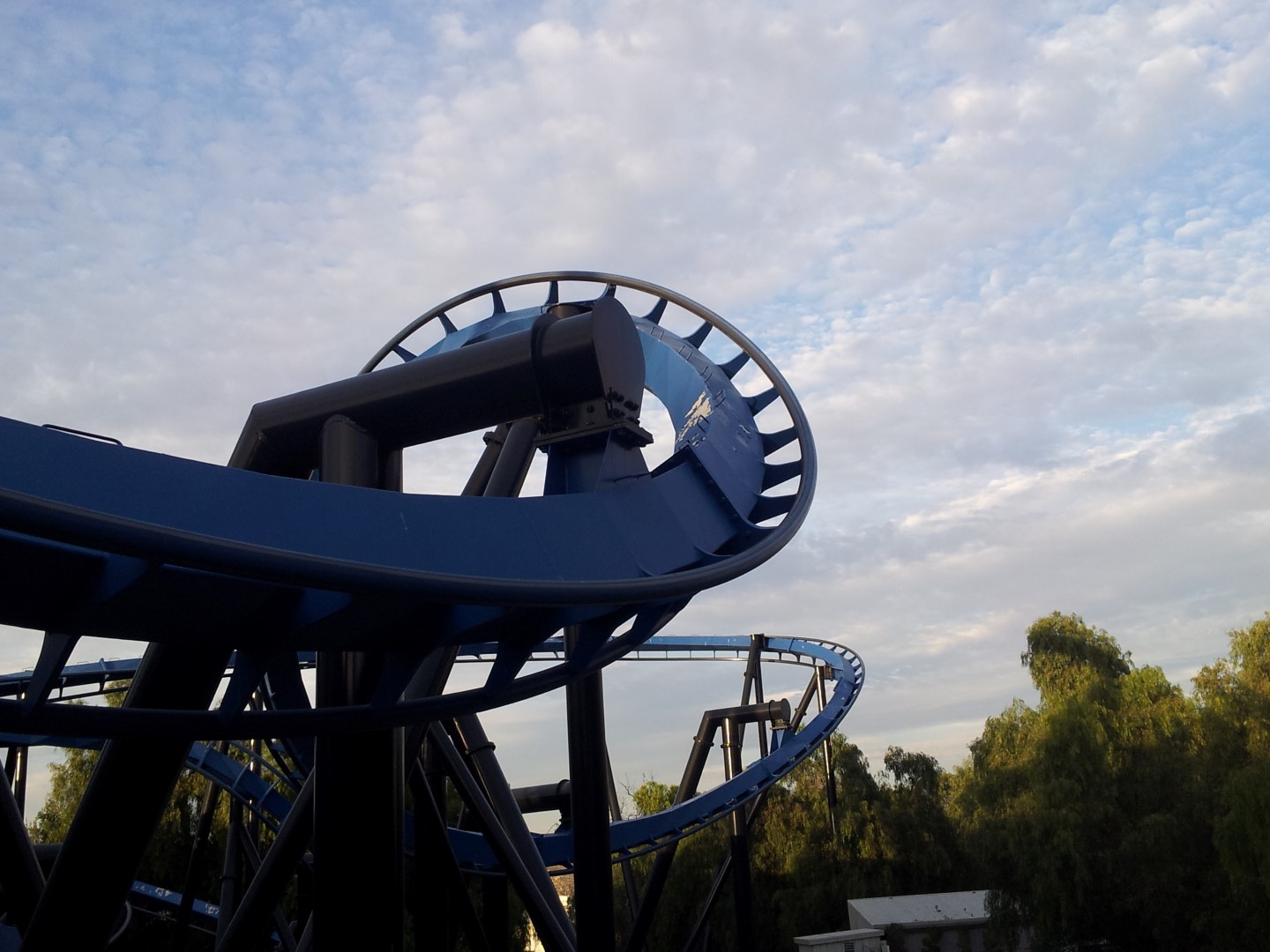 Moving on to Apocalypse. Which first off NEEDS RETRACKING! I gave it a couple of shots the last two days to redeem itself, but sadly enough Apocalypse has become very rough. Remember how rough Roar was at a point? Well Apocalypse is currently rougher than Roar ever was… Moving on to the cool news, row 9 (seats 17 and 18) on train 1 have new restraints, not just any new restraints, it’s the new GCI restraints for their Millennium Flyer trains. You may recognize them from Gold Striker, where all restraints look like this! 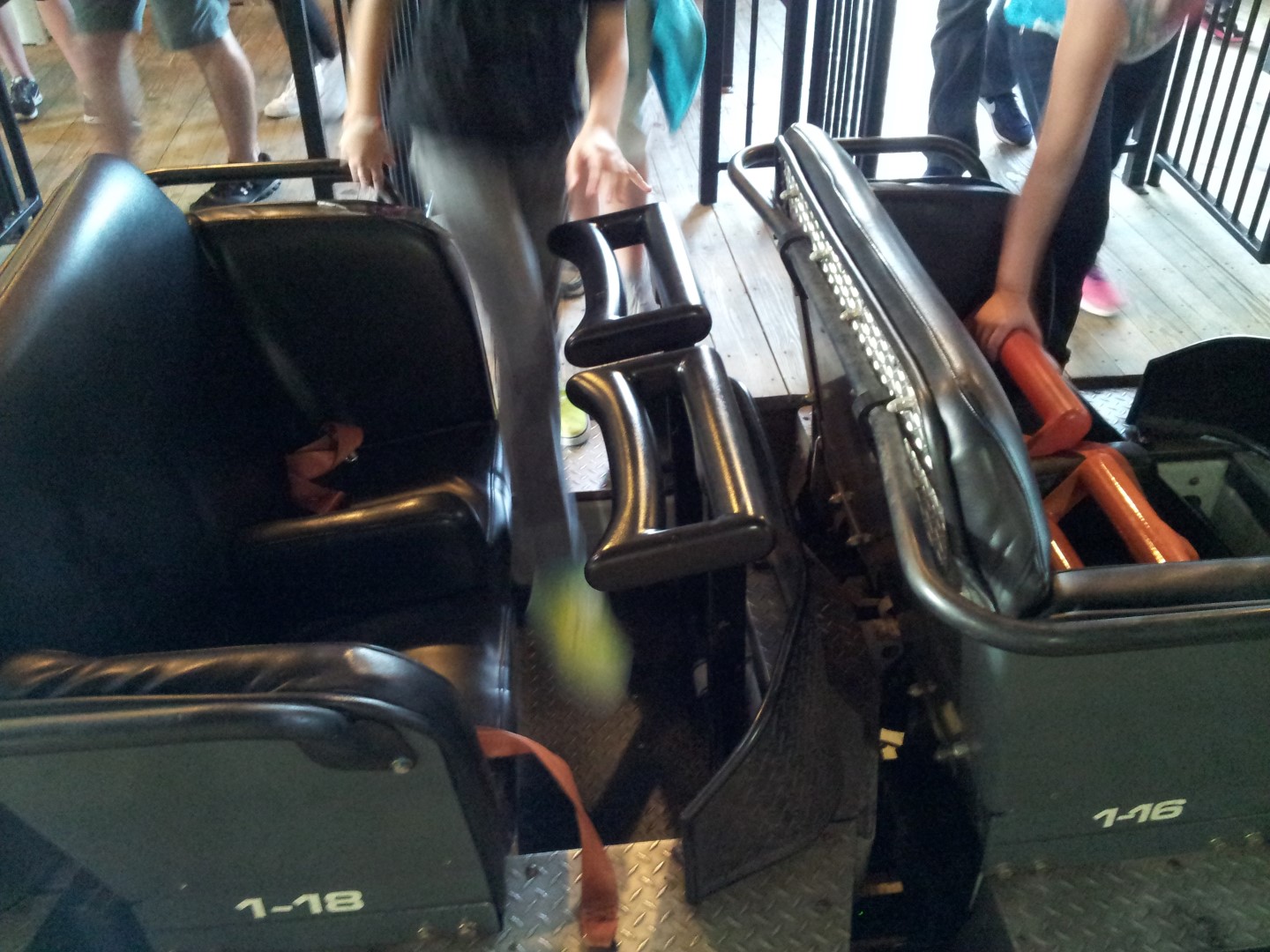 One day has passed since our Twisted Colossus Update, and a whole lot of track has been placed! The approach to the High Five element (both sides) is under construction. 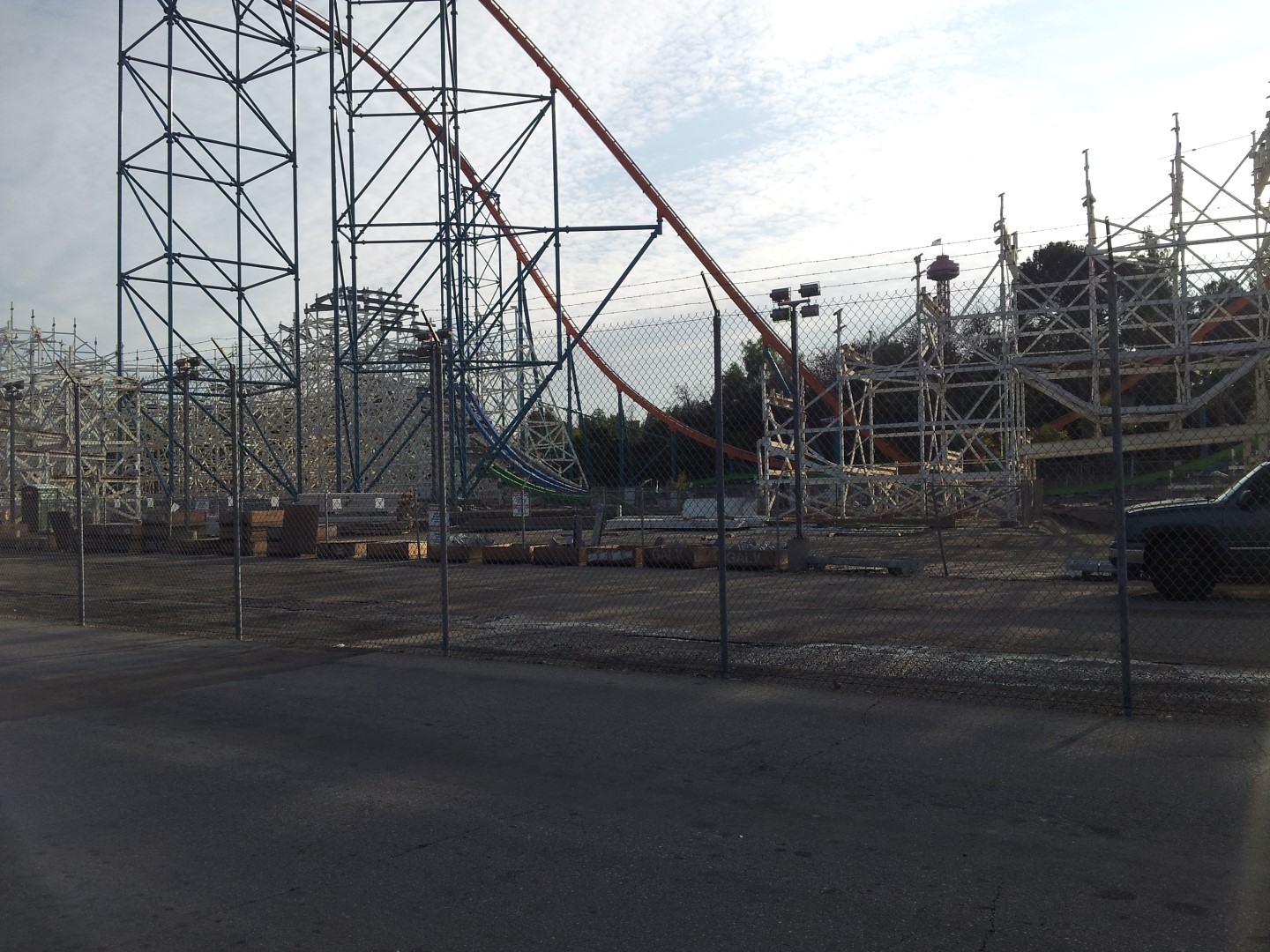 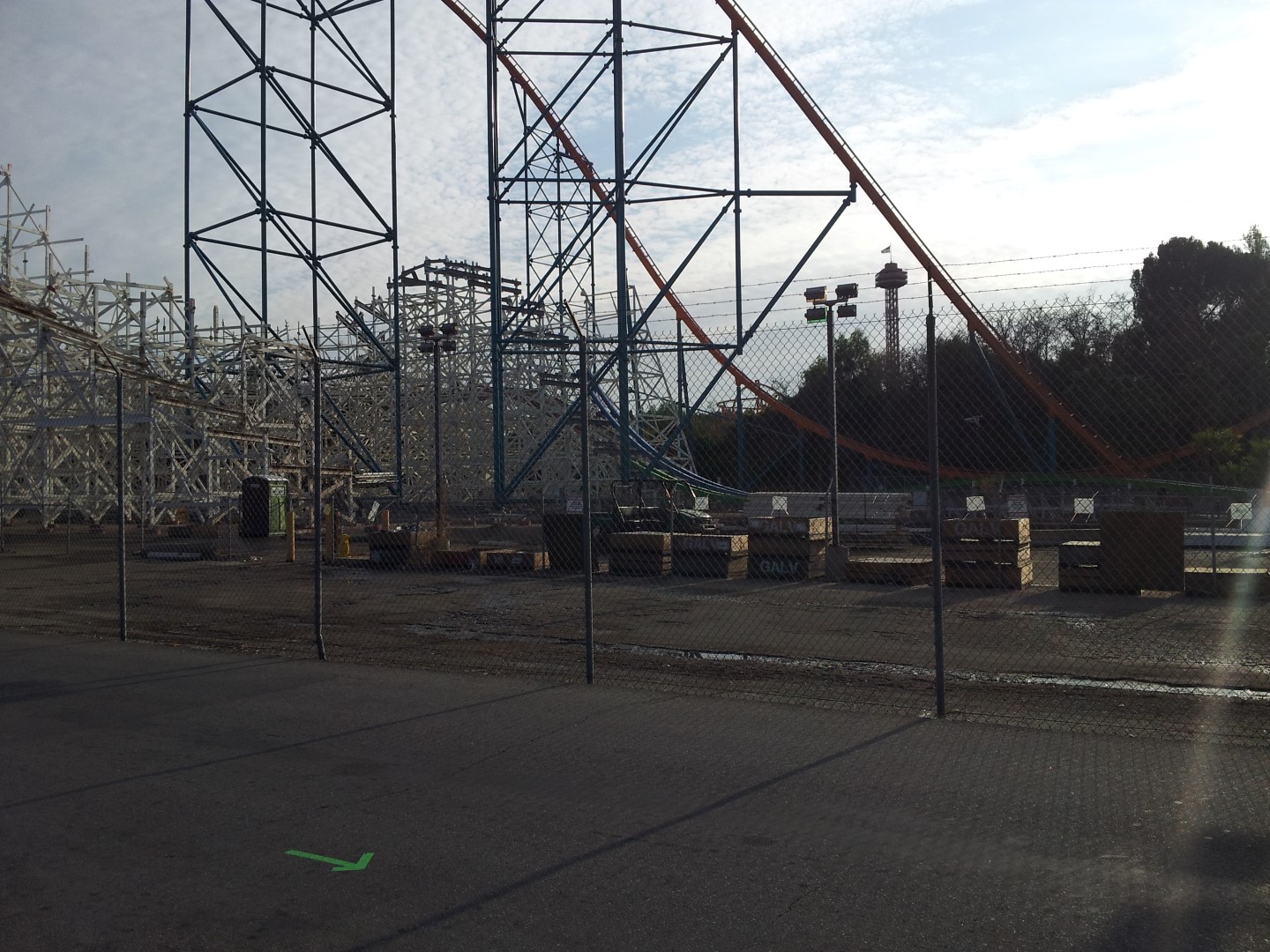 That was it for today, please check out the separate Twisted Colossus Update that matches this update from the last two days, by clicking here!