It’s time for a new Knott’s Berry Farm Update! I attended the Knott’s for the Cure media event in the morning, and everything related to that will follow in a different post soon. This update includes many things around the park that were worthy to be included in this update.

Let’s start with Pony Express, which is back to two train operations. I find this very ironic almost, since during the summer it occasionally only operates one train… 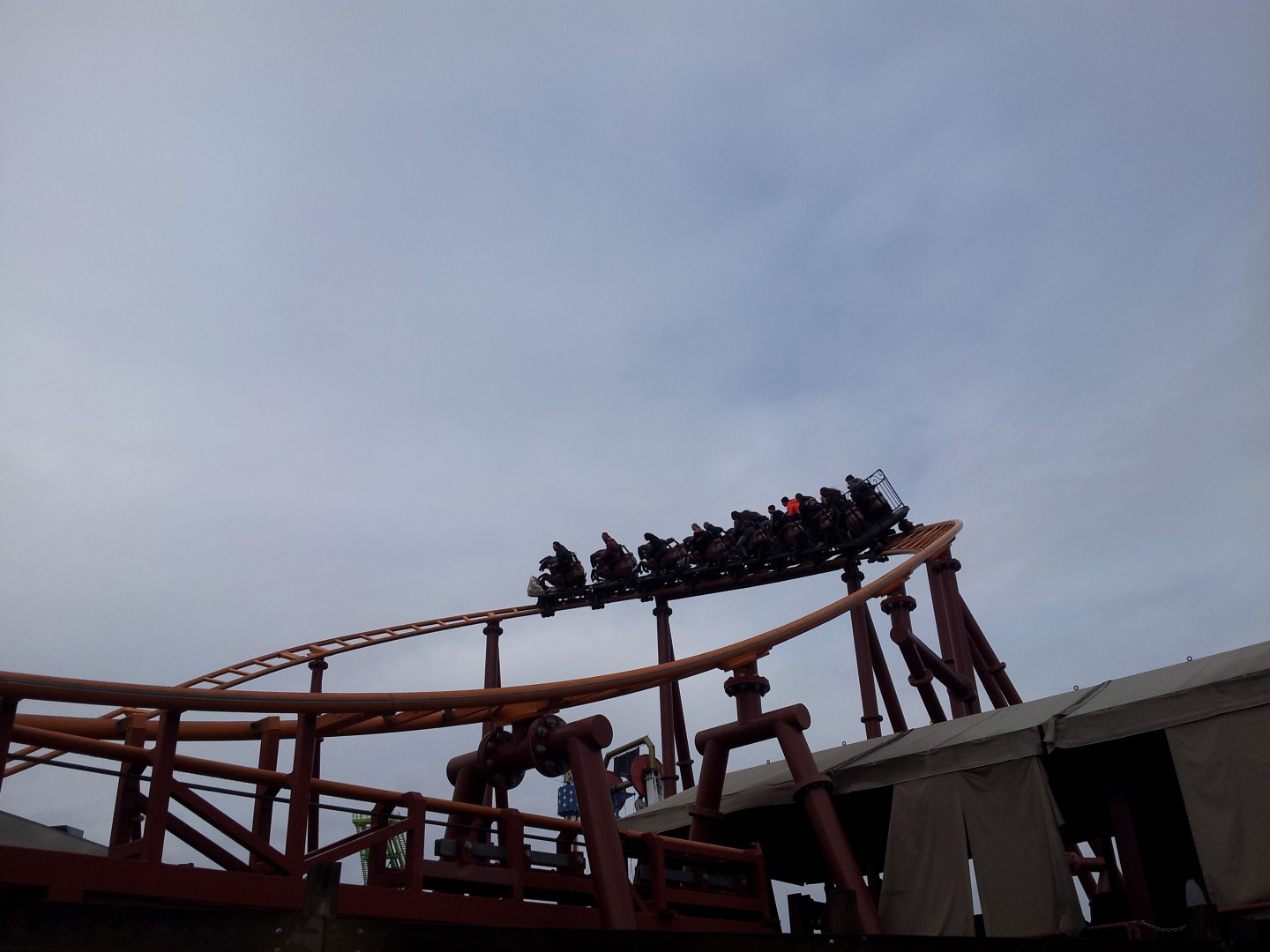 The park has definitely not finished cleaning up after Merry Farm yet! There are a whole bunch of decorations left to put in storage. Though it isn’t half as bad as Magic Mountain, that has hardly stored away anything! 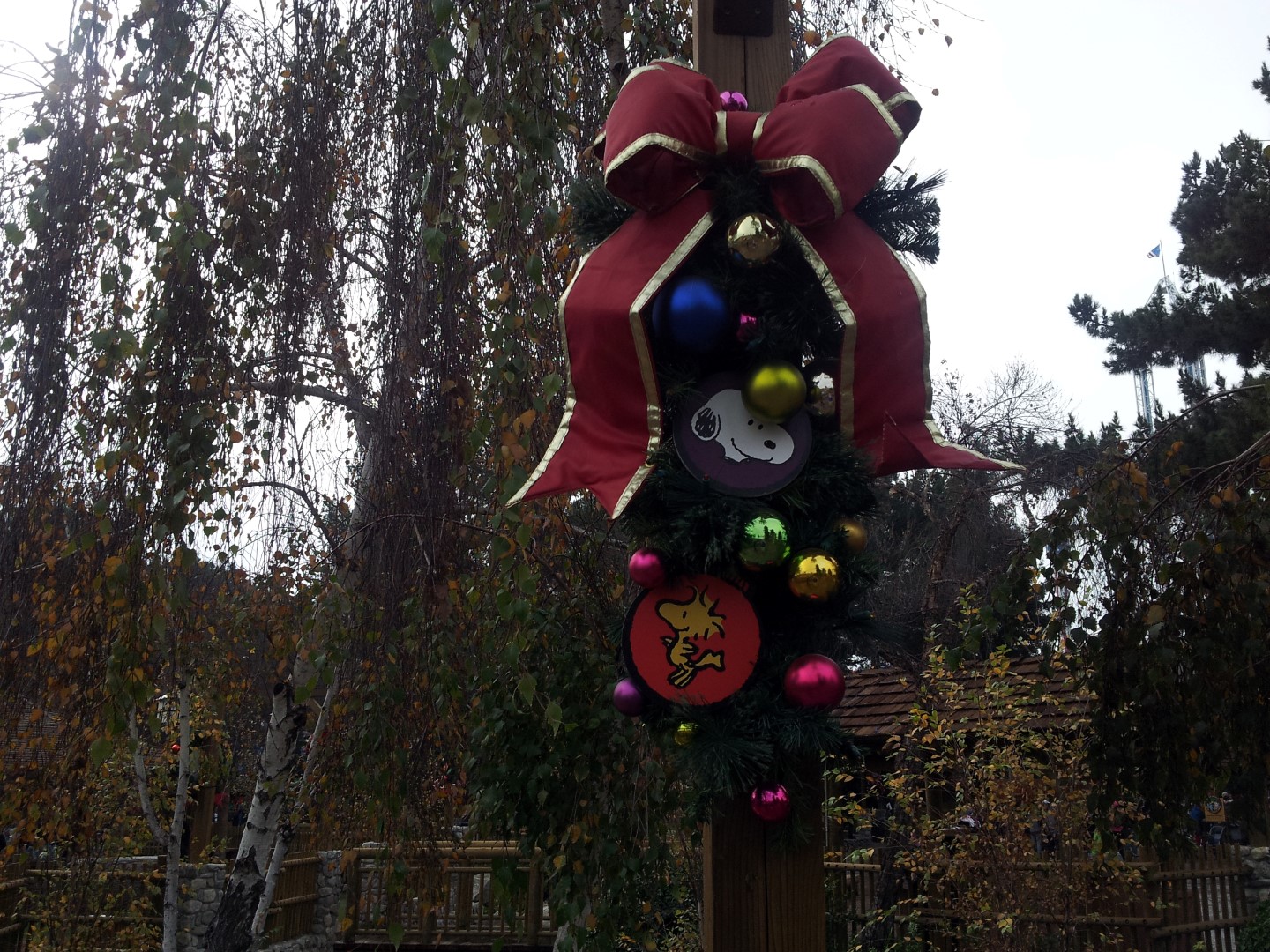 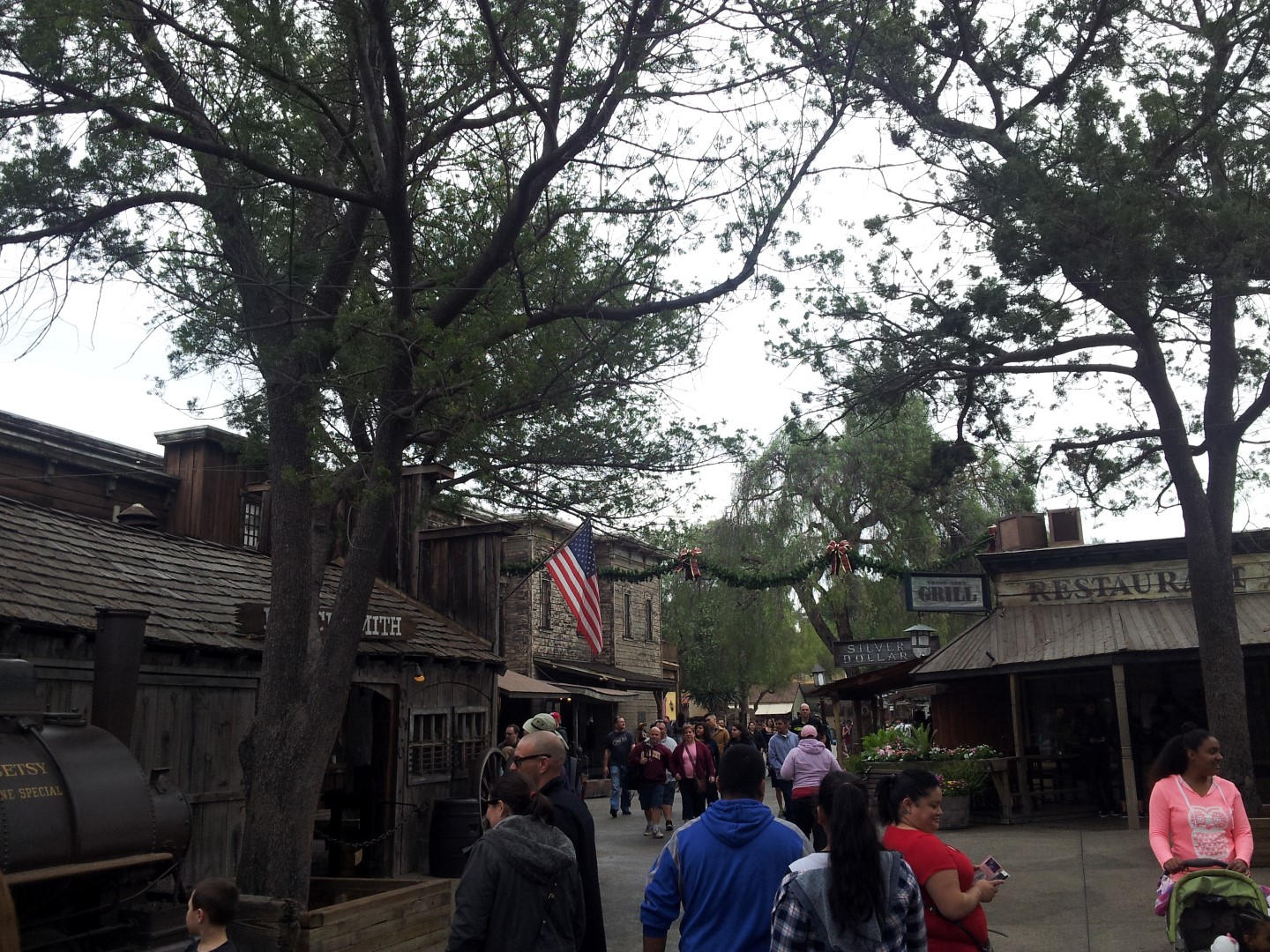 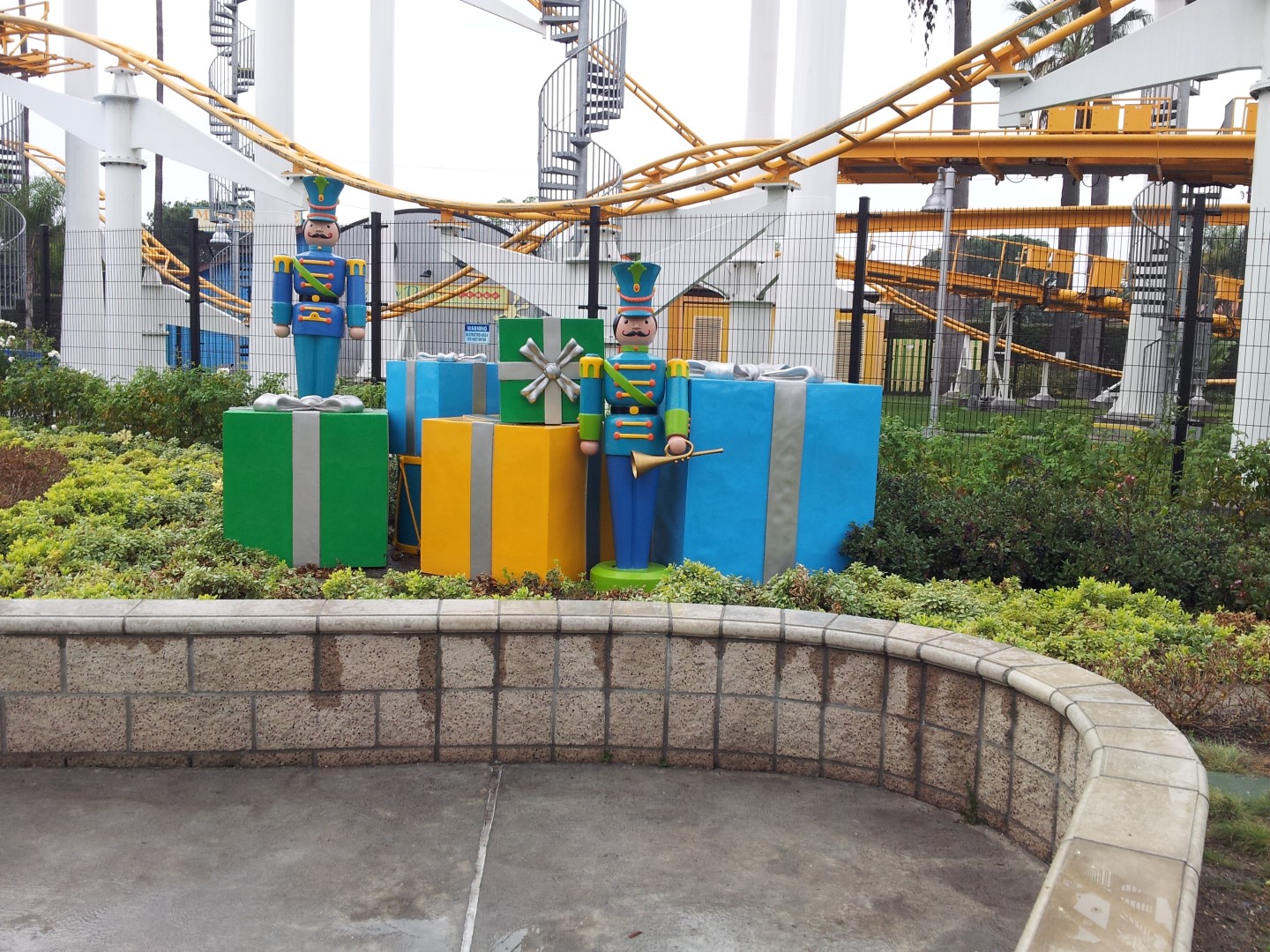 Though I really like these banners, they’re clearly Merry Farm! 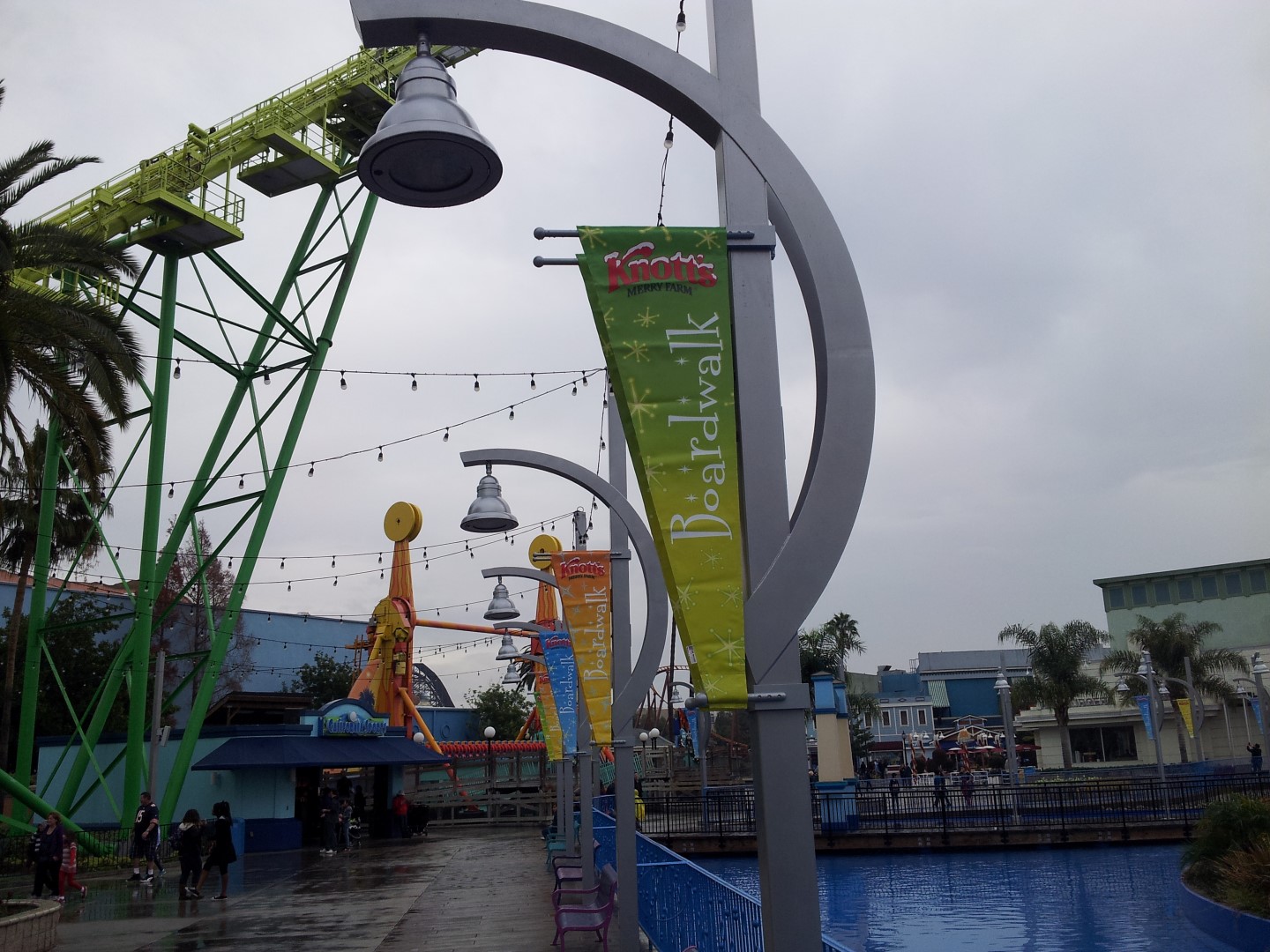 Just like Riptide, La Revoluccion is still awaiting parts from Germany. Meanwhile the ride’s fences, gates, control boxes, etc are being replaced/ moved around quite a lot. 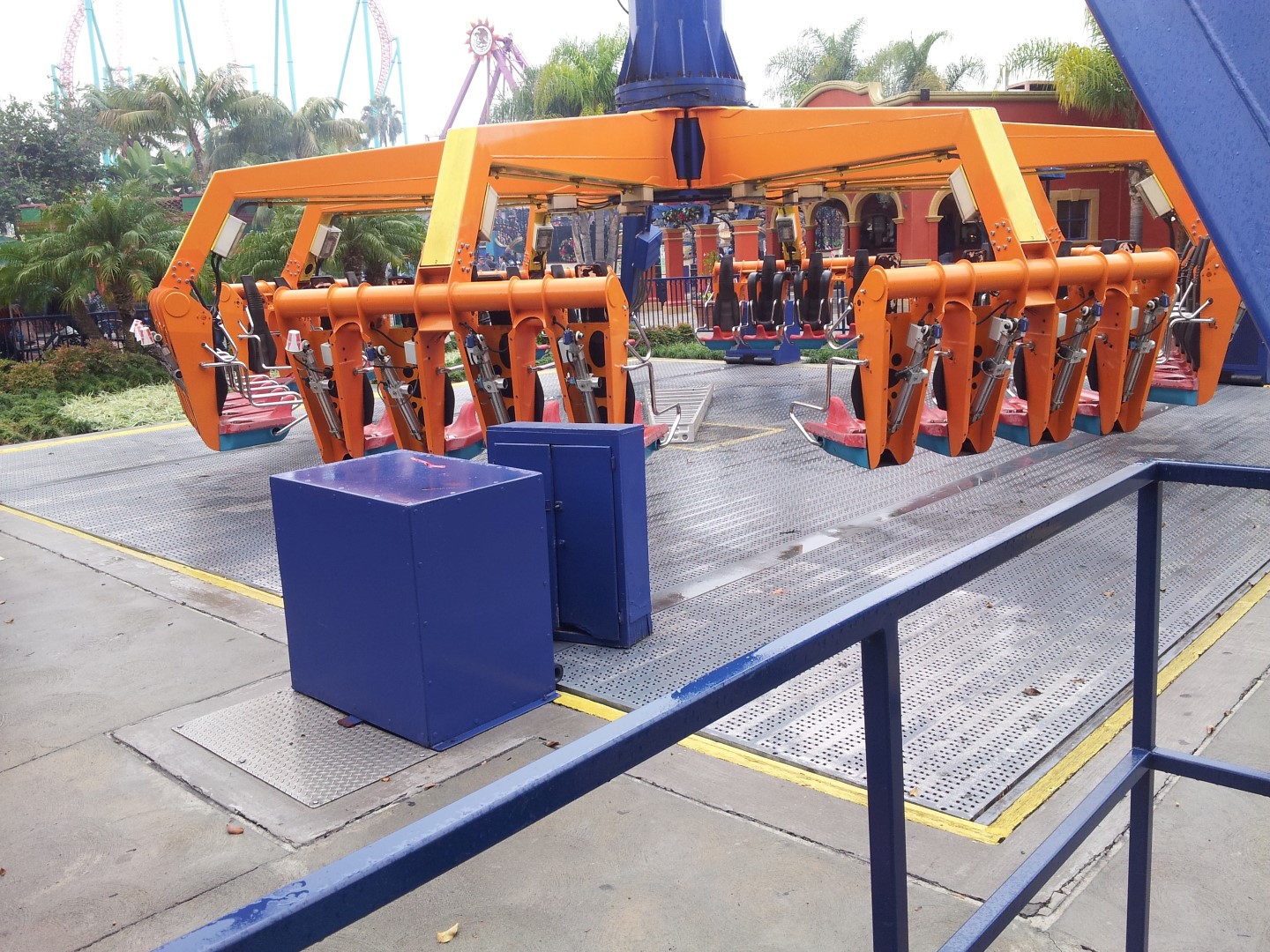 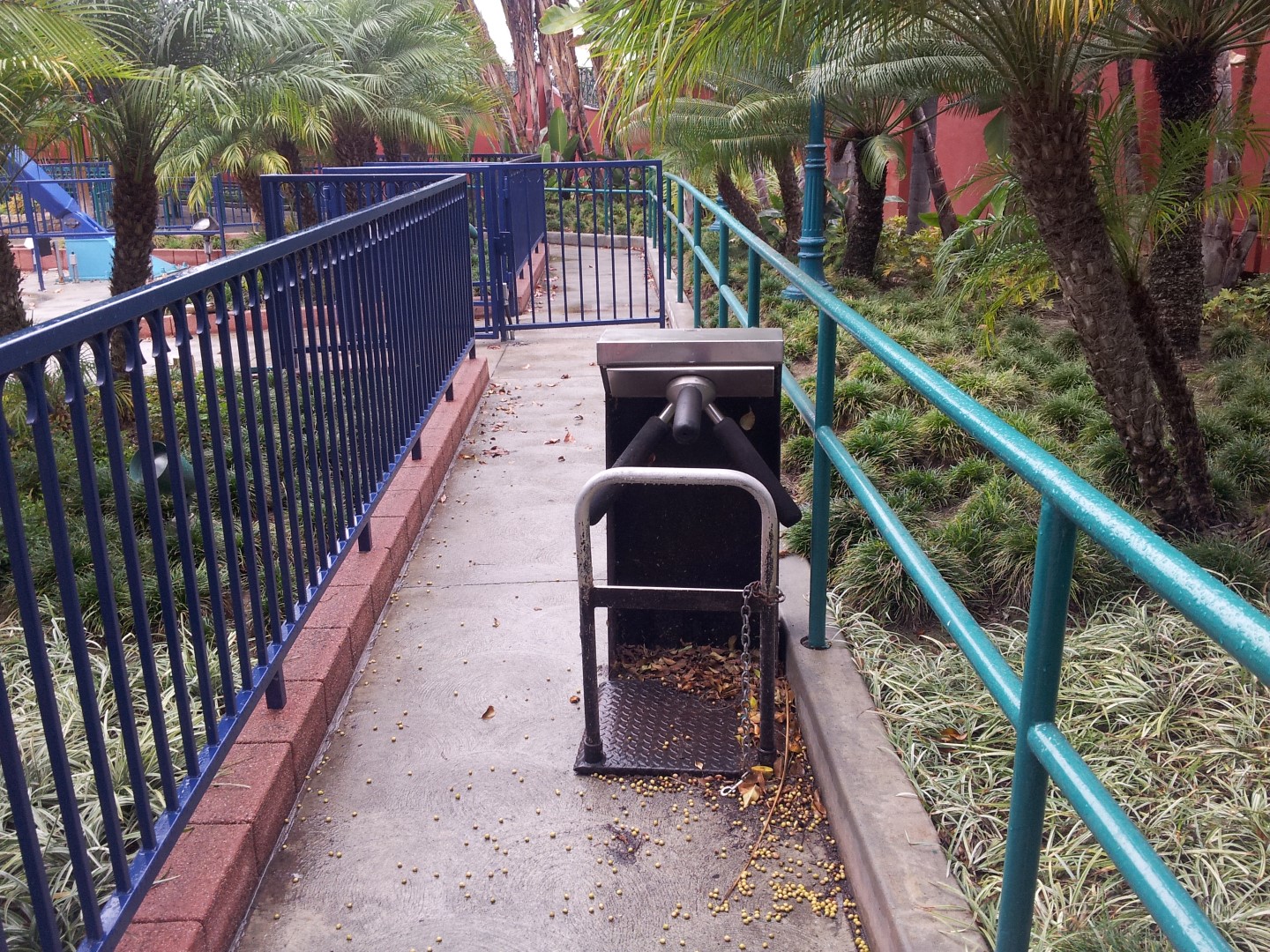 Boomerang, which is seriously the only coaster running in the rain (even light rain), has received new station speakers. 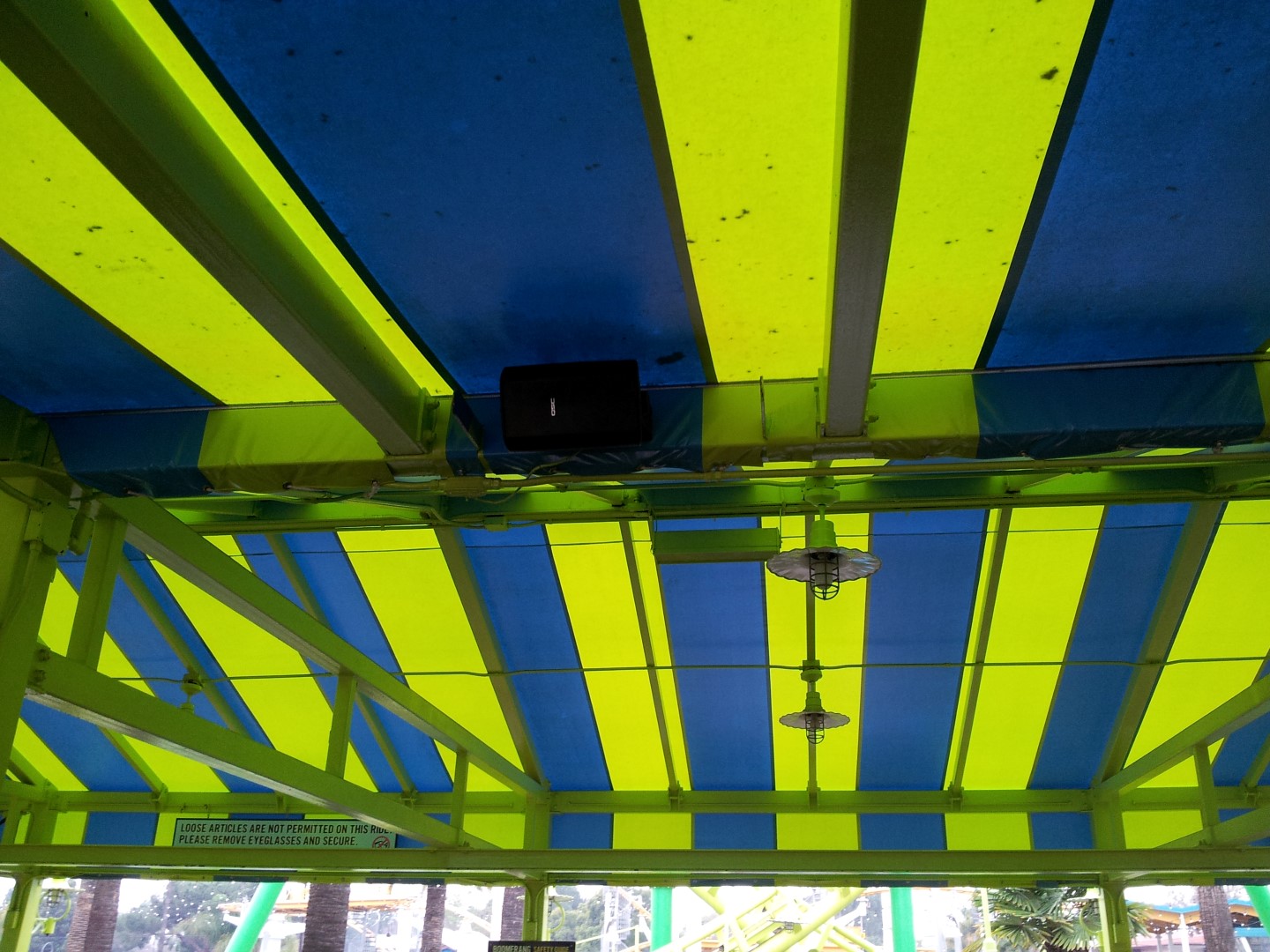 Even more exciting, the train has received a new chassis! Meaning that the base of the train has been replaced, with new wheels, etc. It’s smoother, though not very significantly. It’s still a great ride! 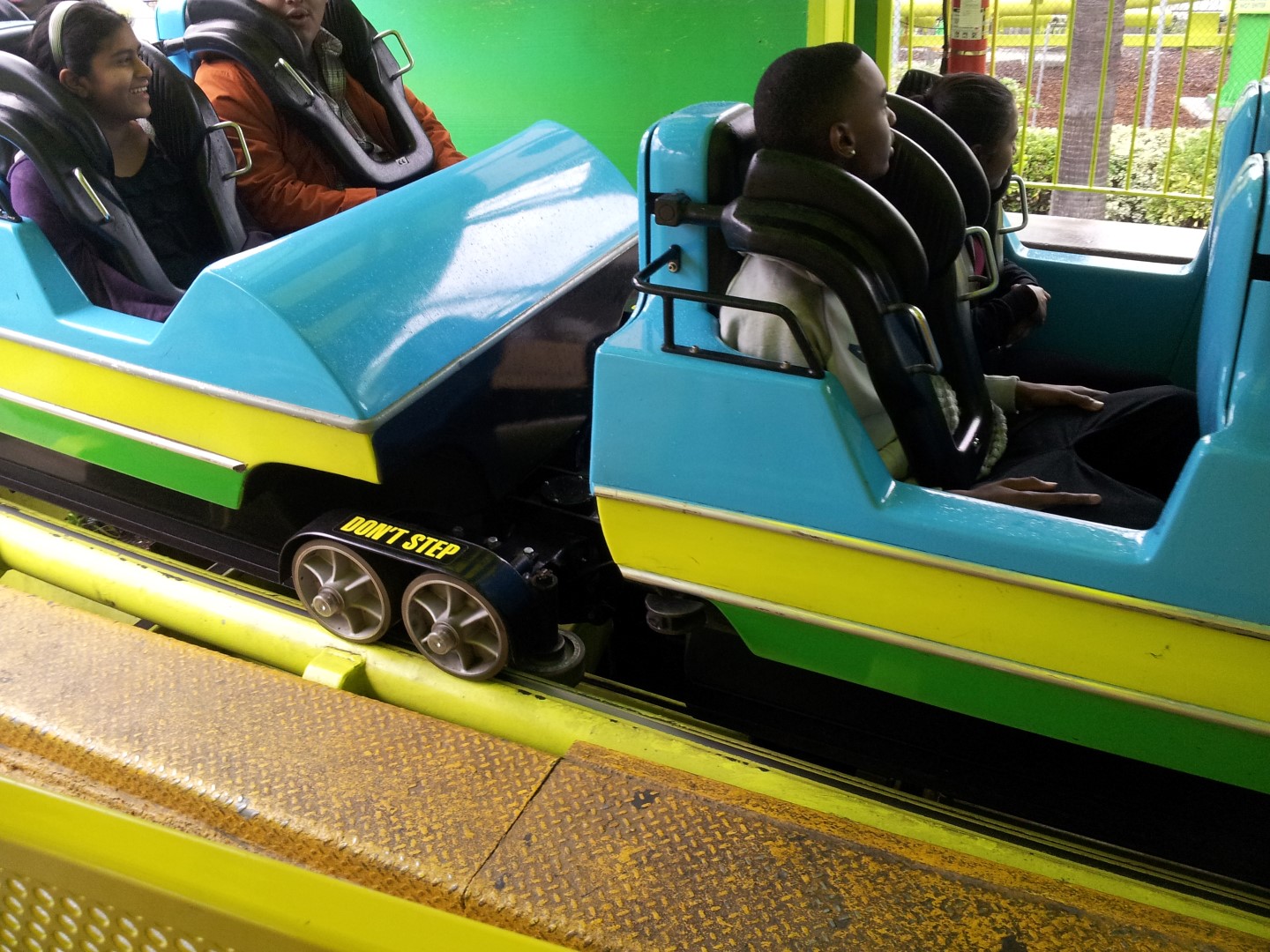 Staying on the Boardwalk, Xcelerator will soon receive a brand new Fast Lane waiting line. It’s hard to see in the picture below, but small flags in the grass indicate where the new path will be placed. 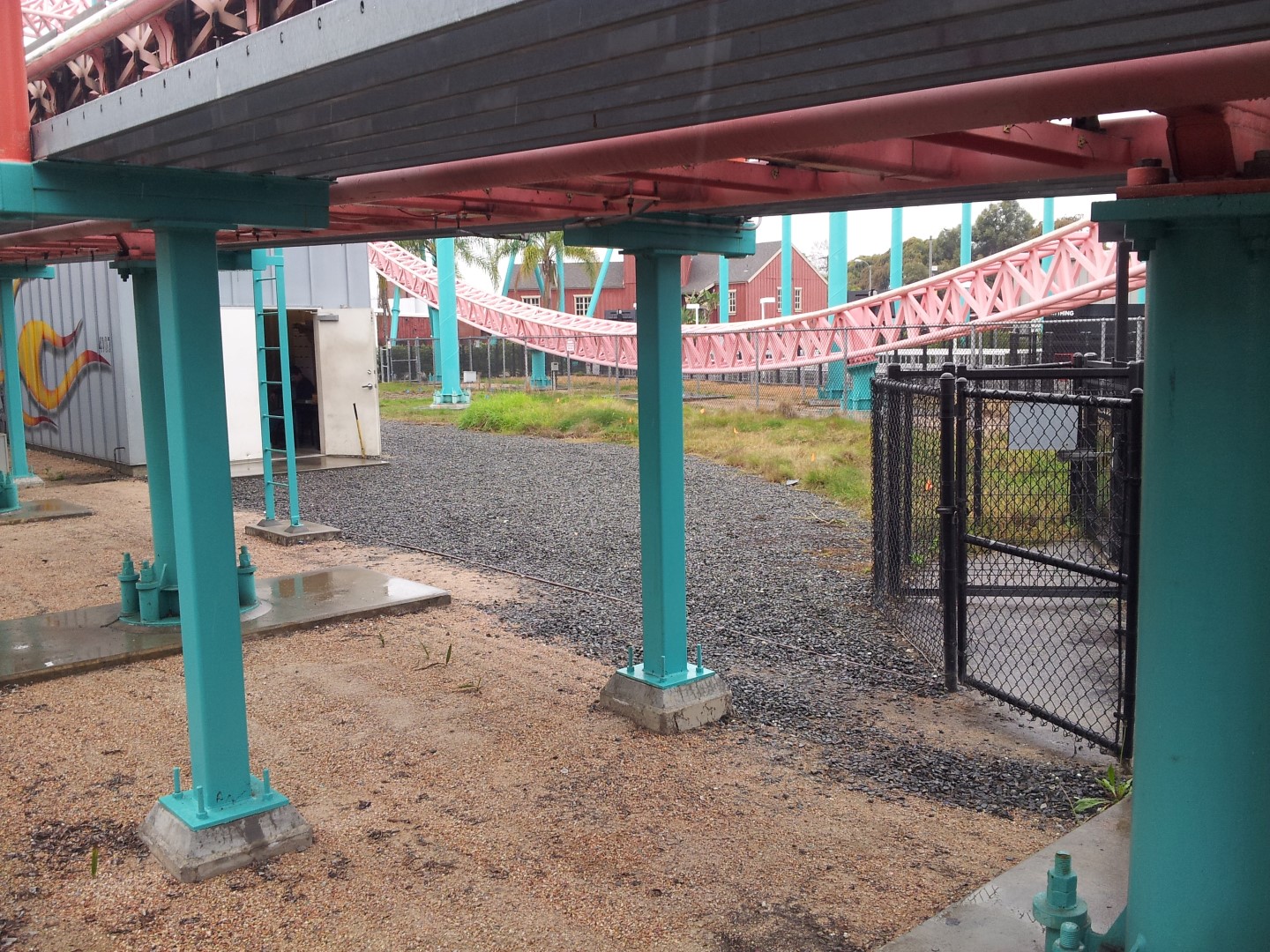 Right next to Xcelerator, Coasters has received a new repaint. So has the interior. 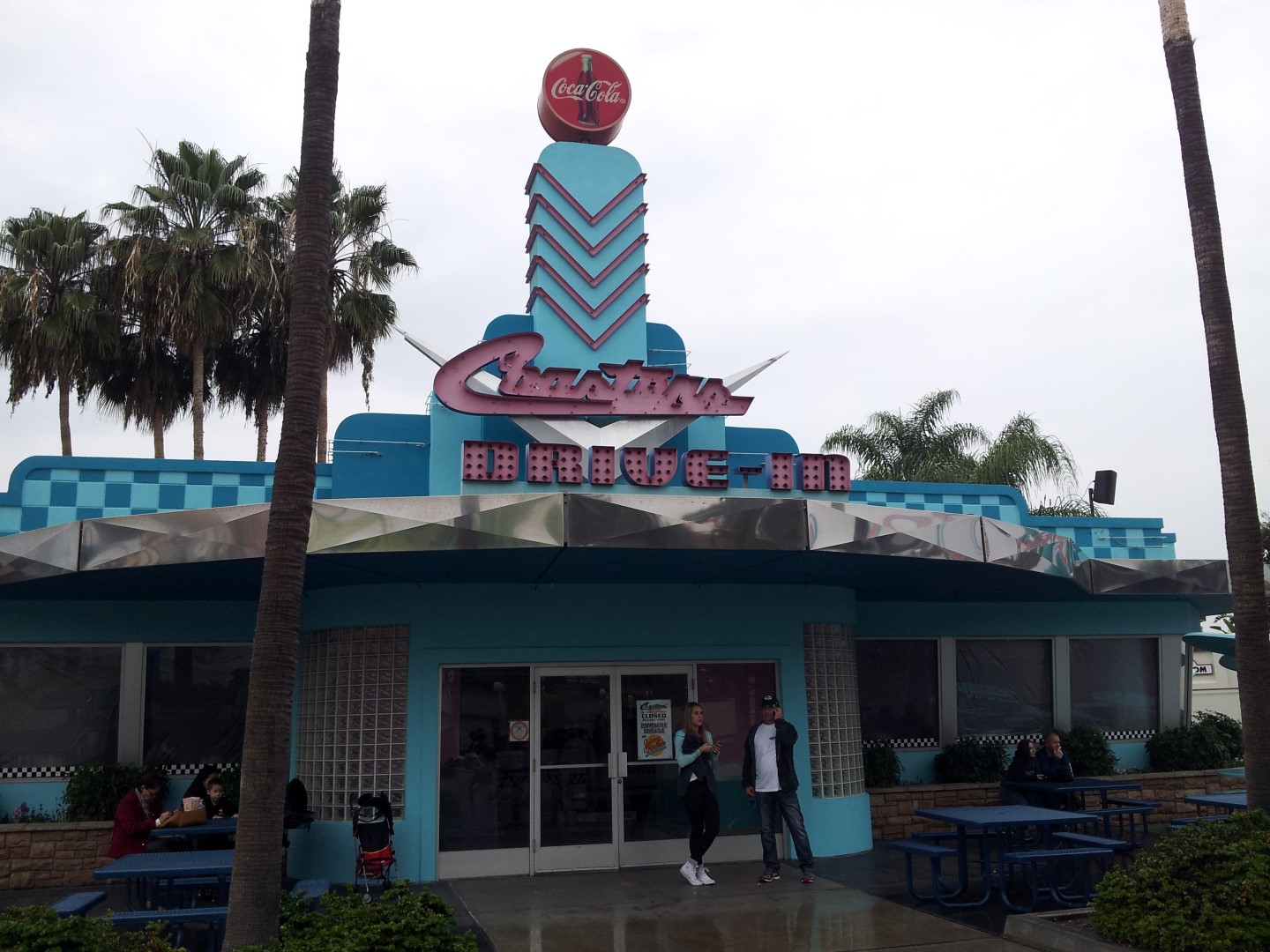 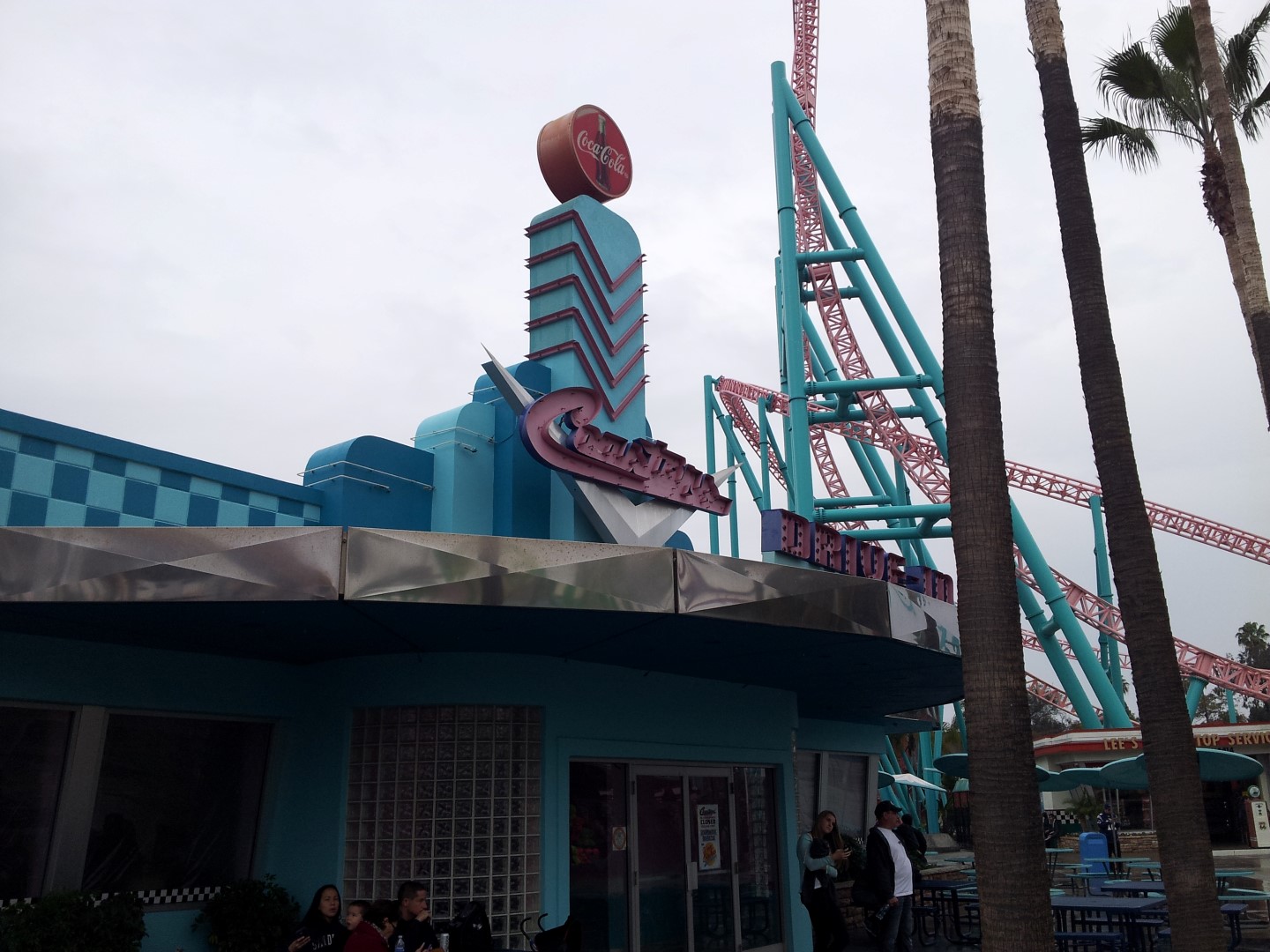 Here’s the poster on the door, and the inside still wrapped up. 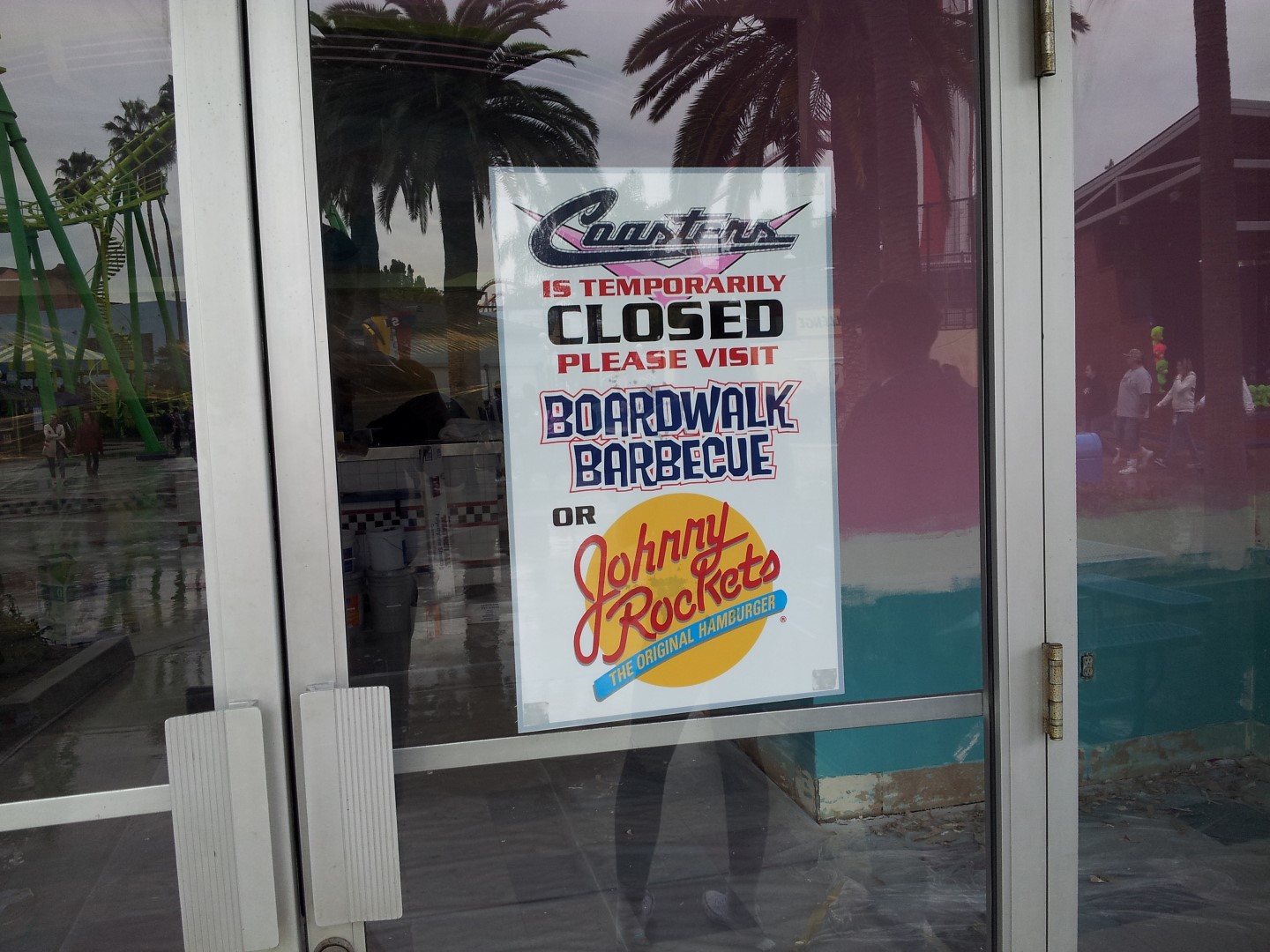 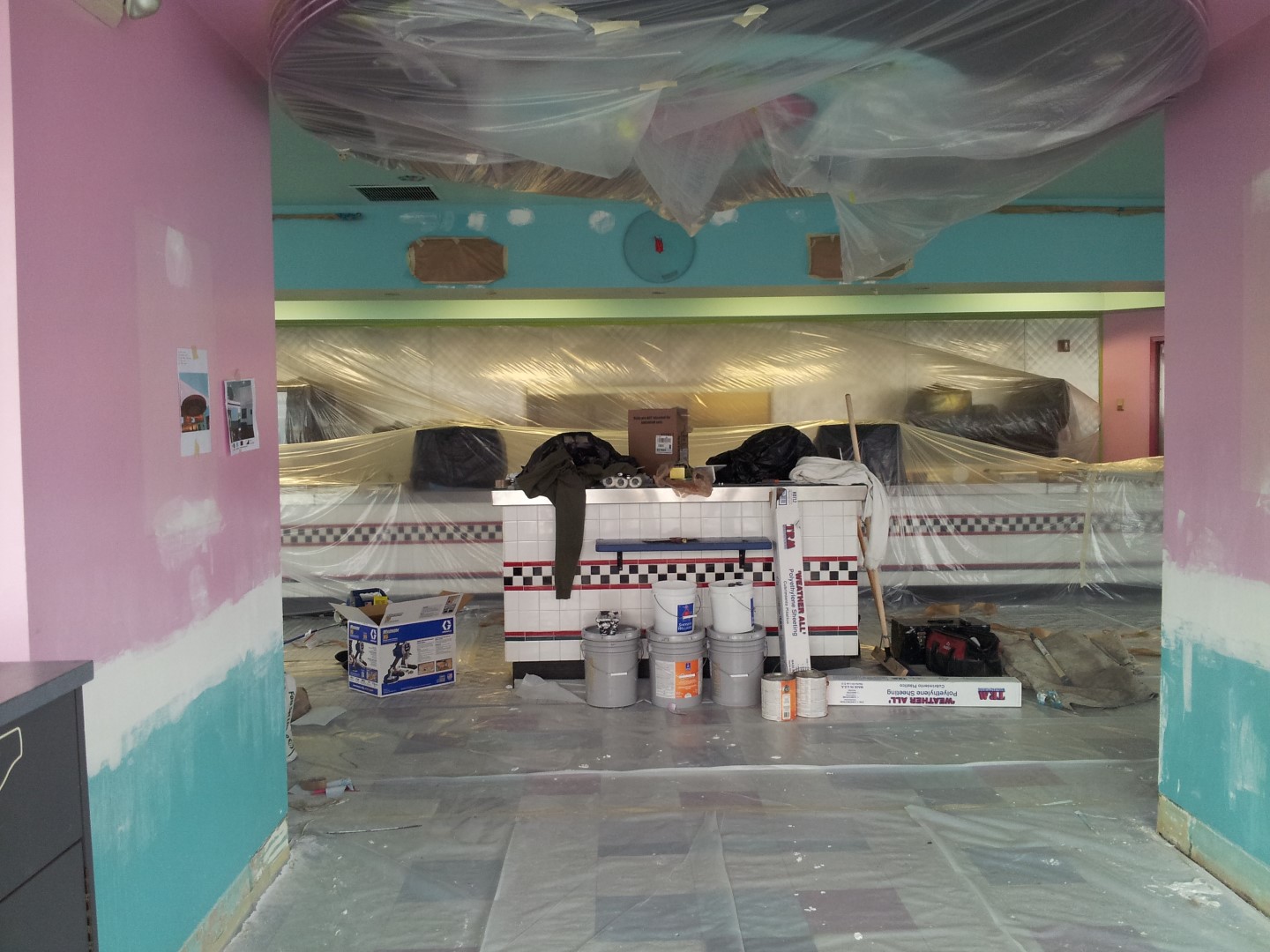 There are quite a few rumors of Calico Saloon closing for a while, to be totally reconstructed as the building is wearing out. The building is visited by many people each day and is quite old. 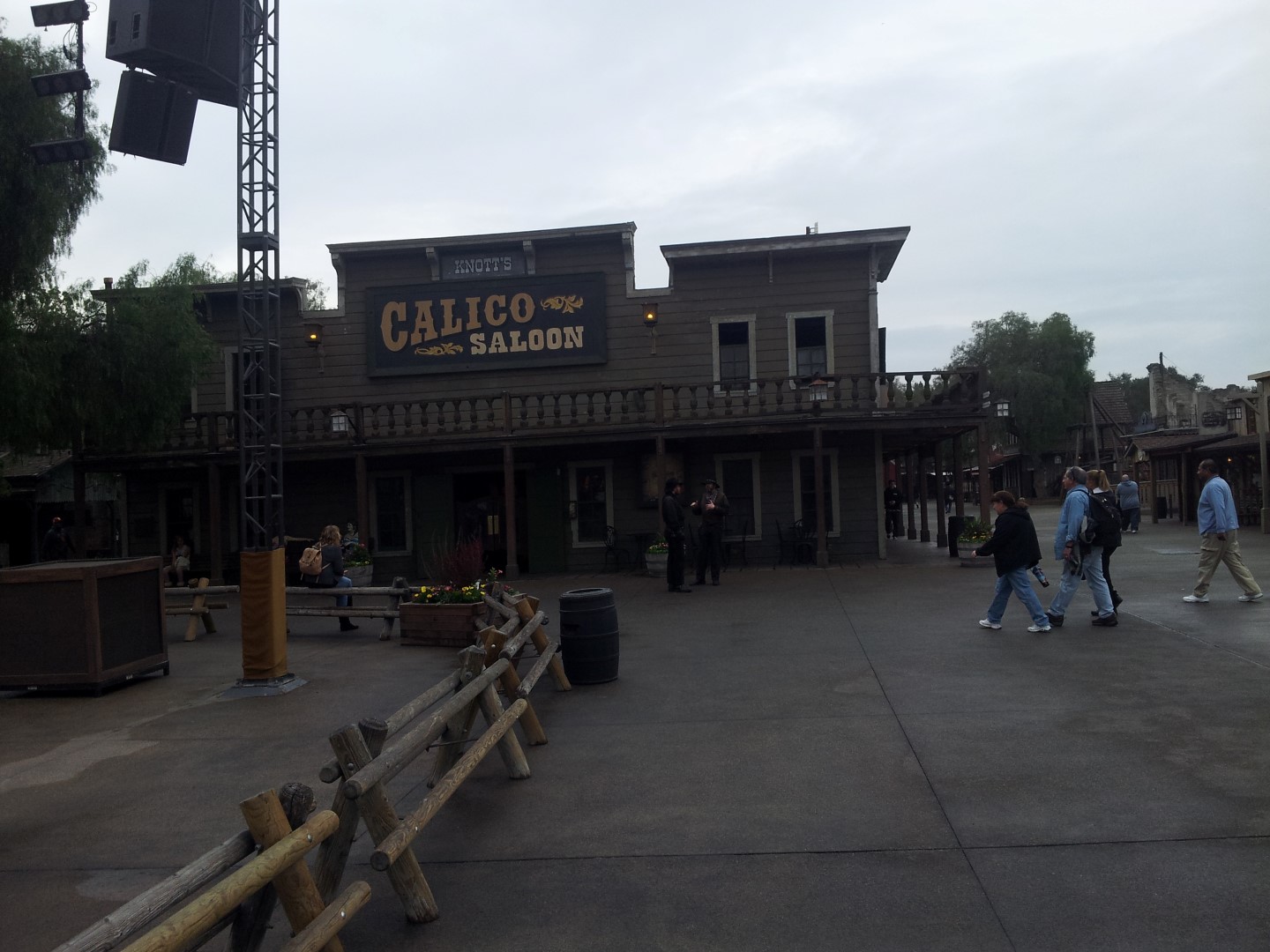 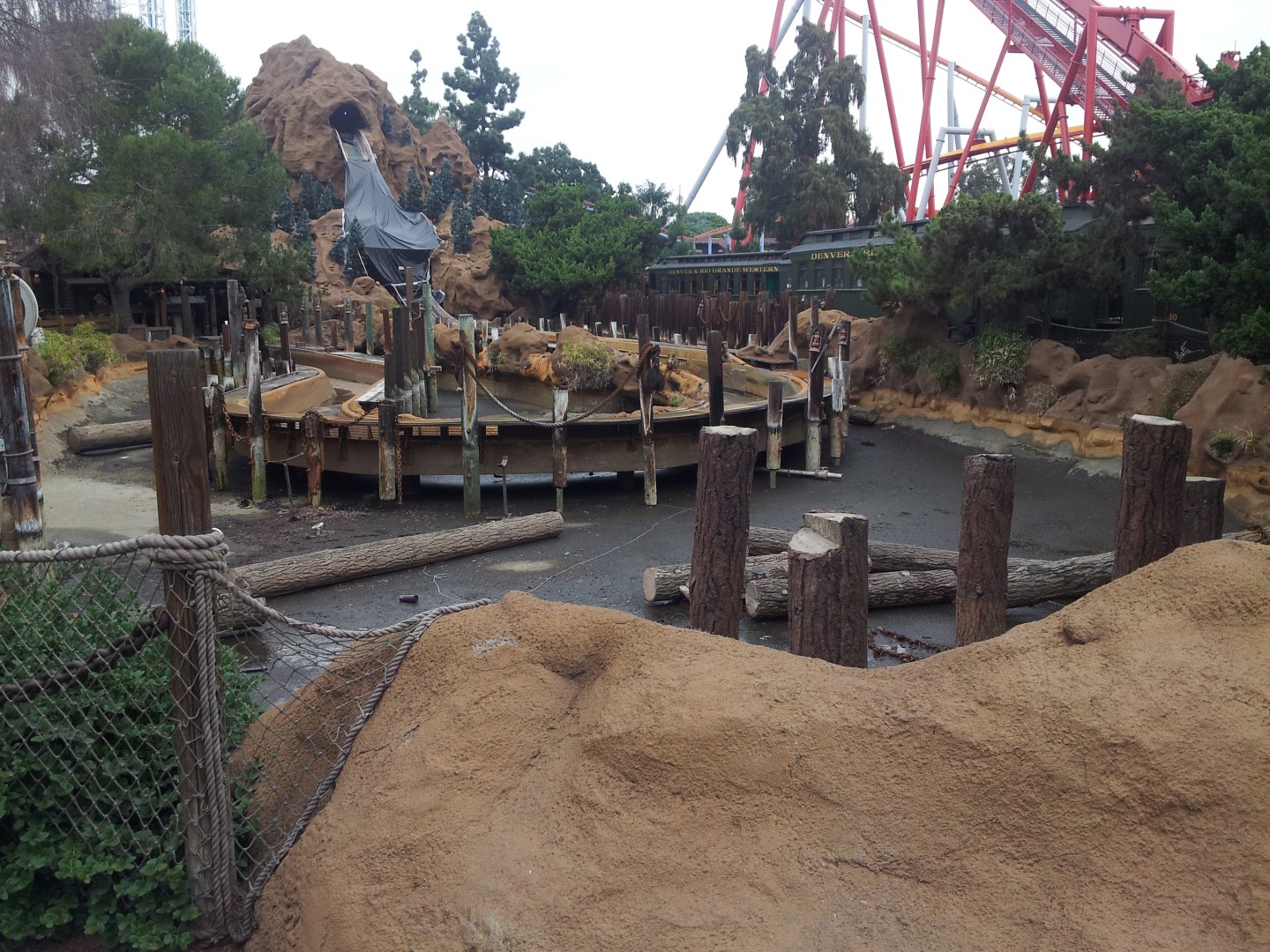 The drop and lift-hill are being worked on most. For example, the entire conveyor belt from the last lift will be replaced. 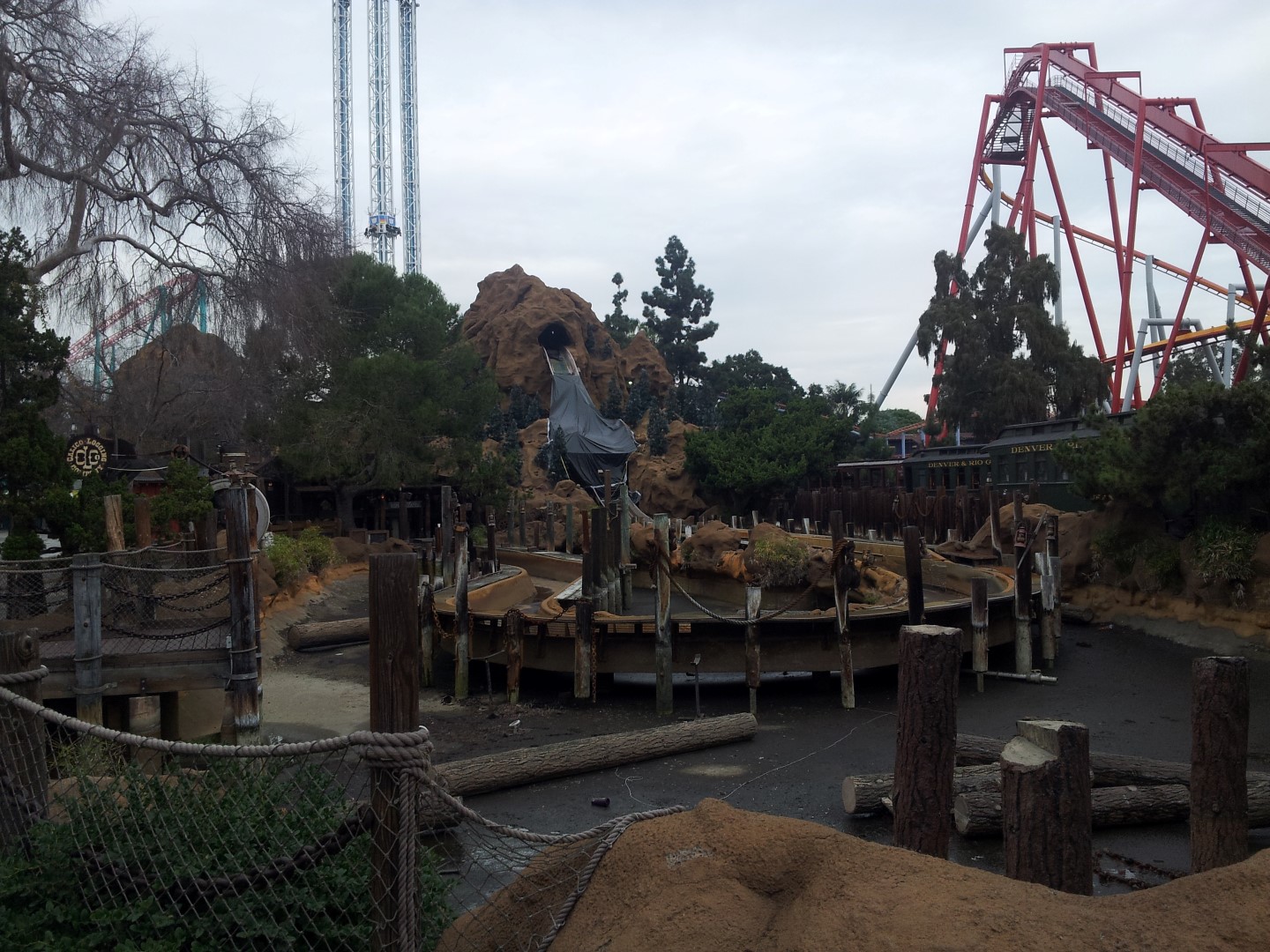 The new conveyor belt is ready to be installed and stored under the ride. 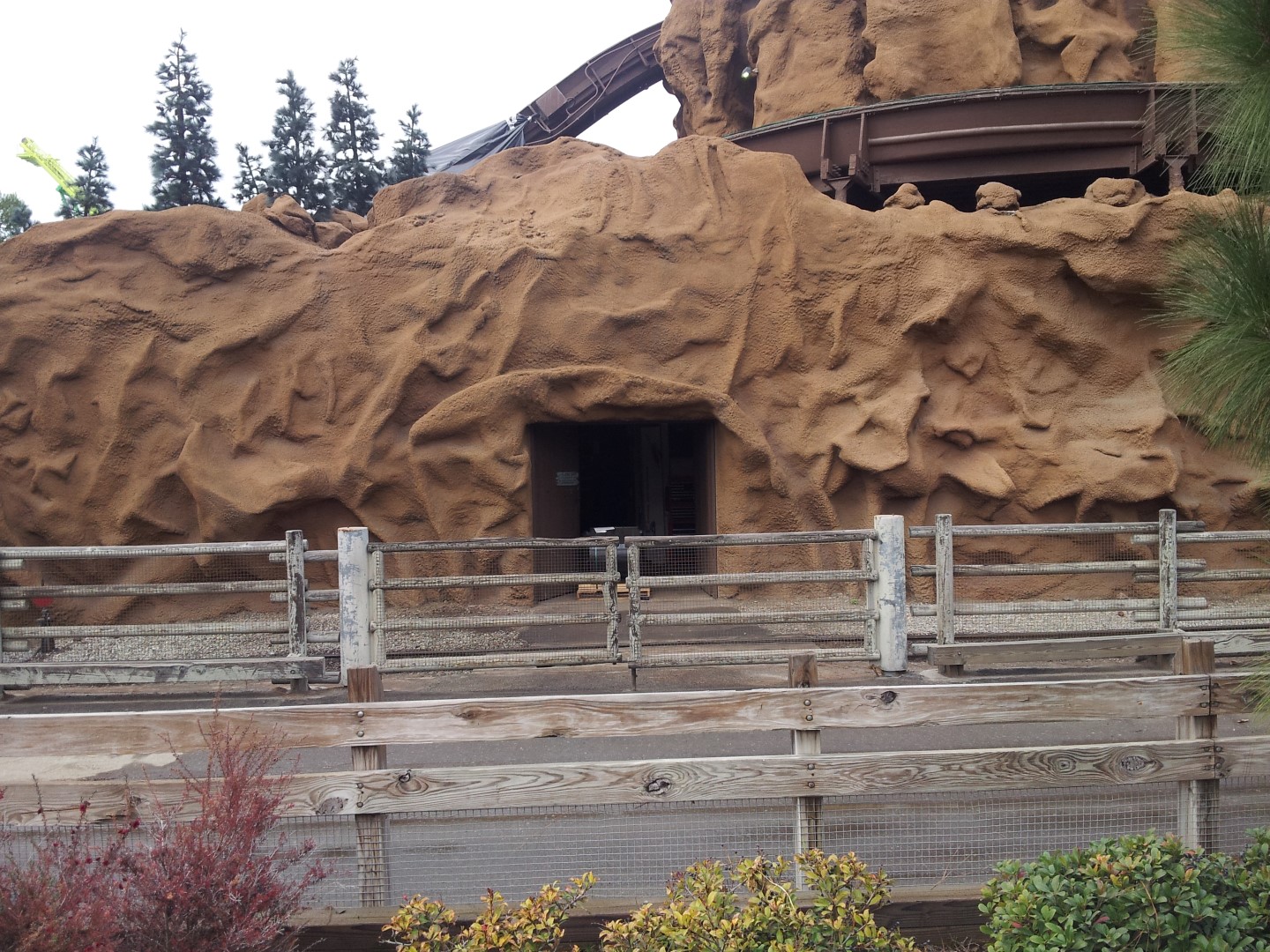 The Calico Railroad was closed for a couple of days, as the park renewed the crossing. New tile and concrete were placed. 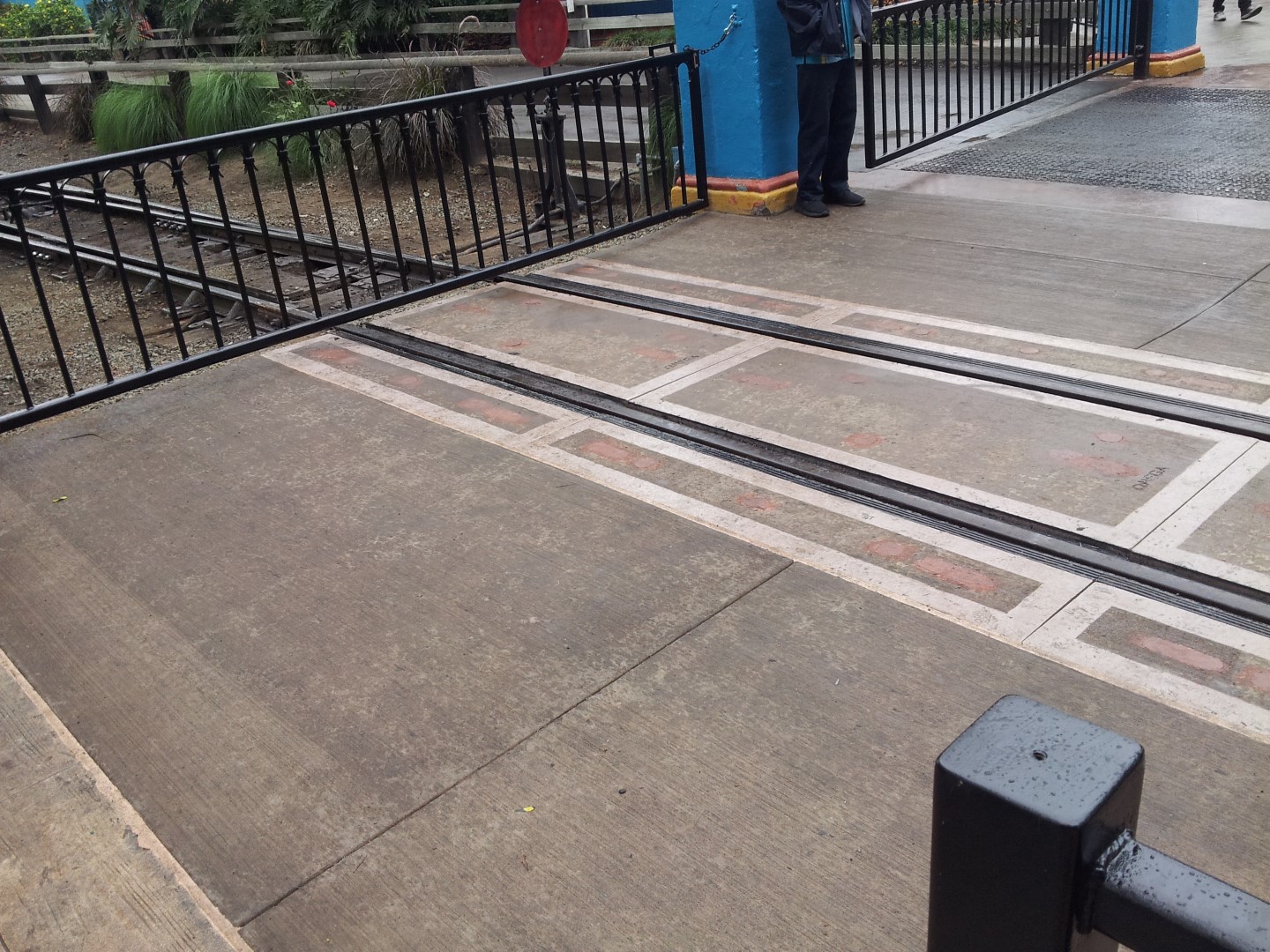 In addition the fences/gates were taken out, and repainted black. (Used to be purple). 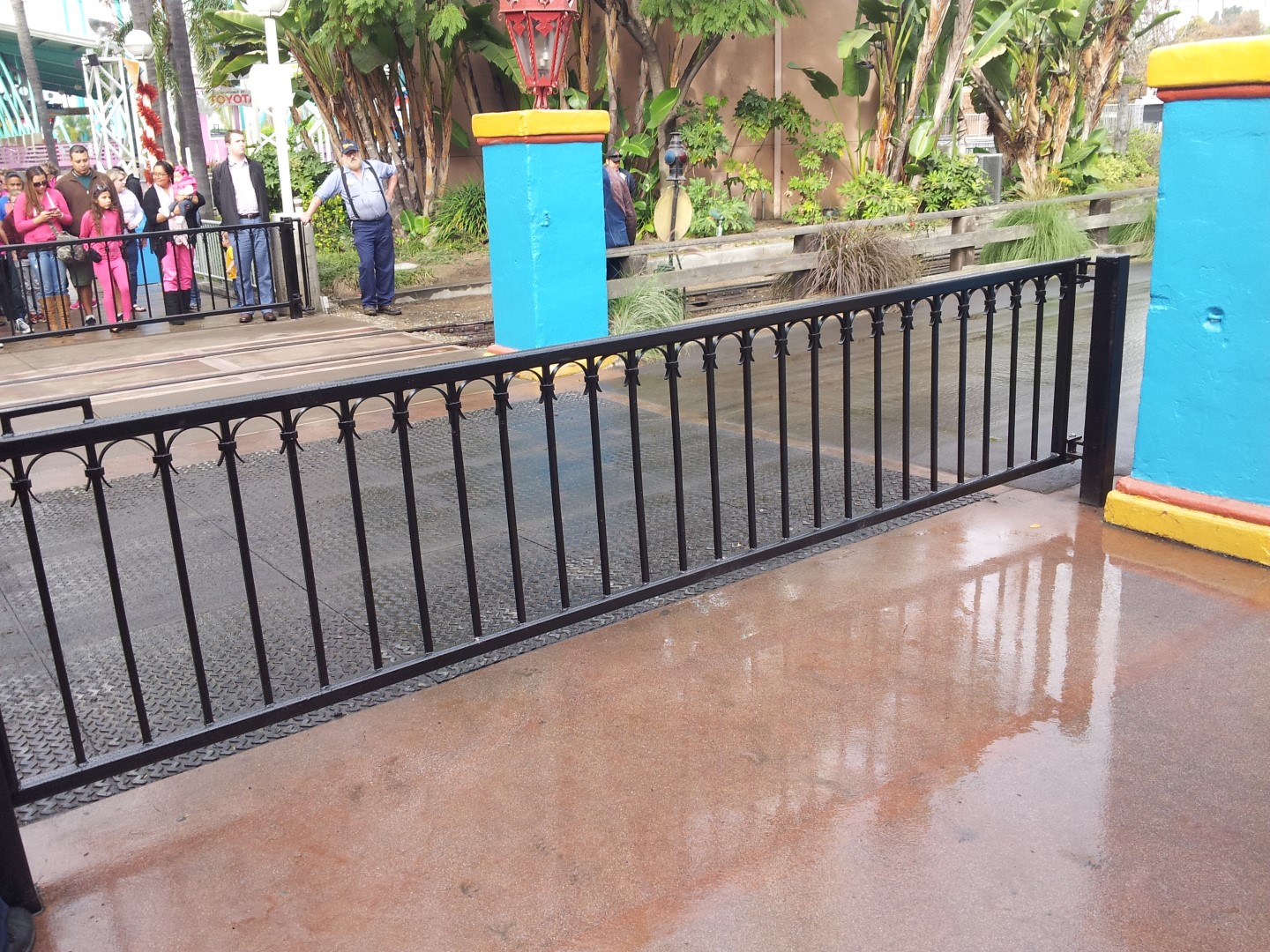 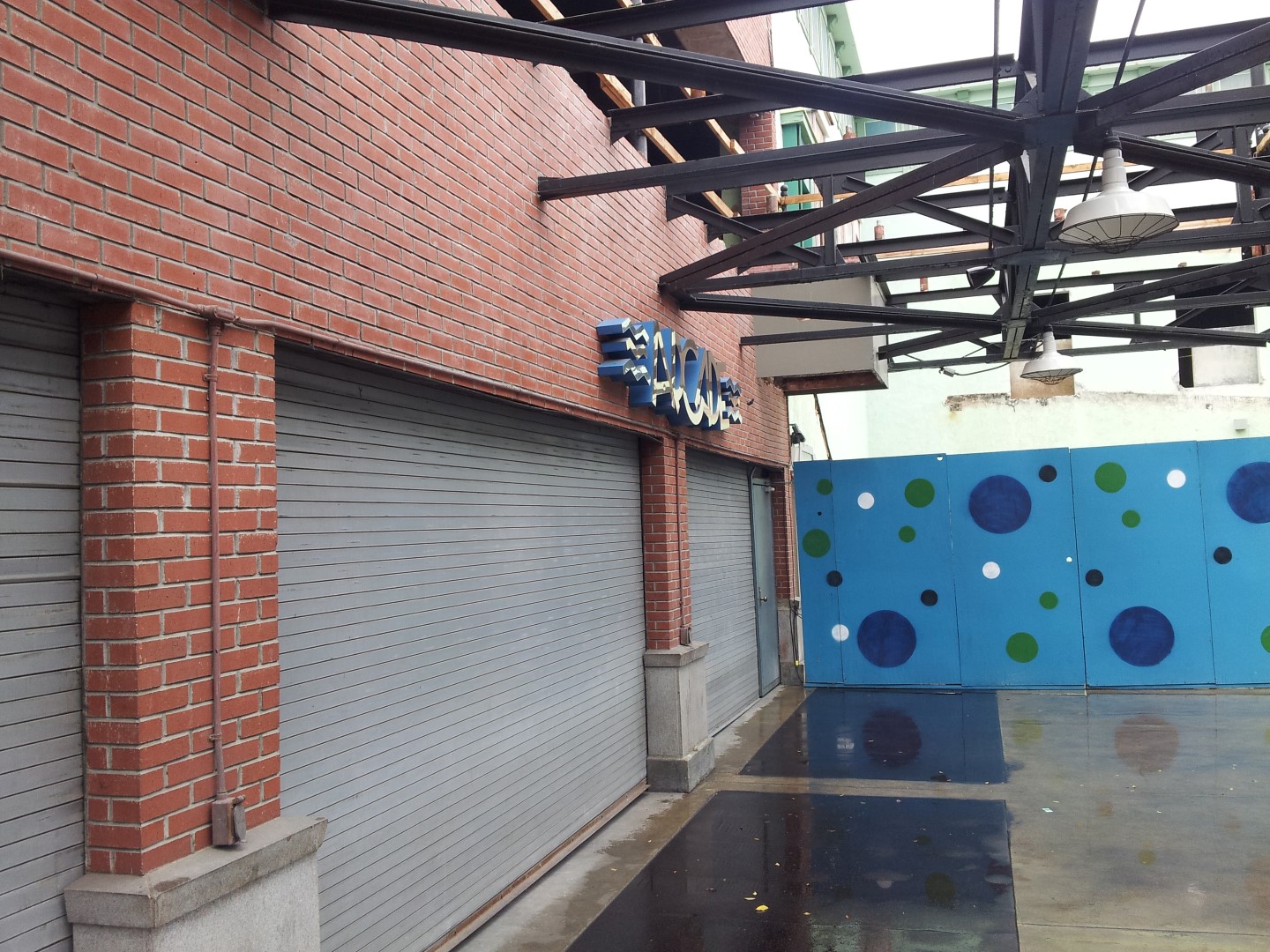 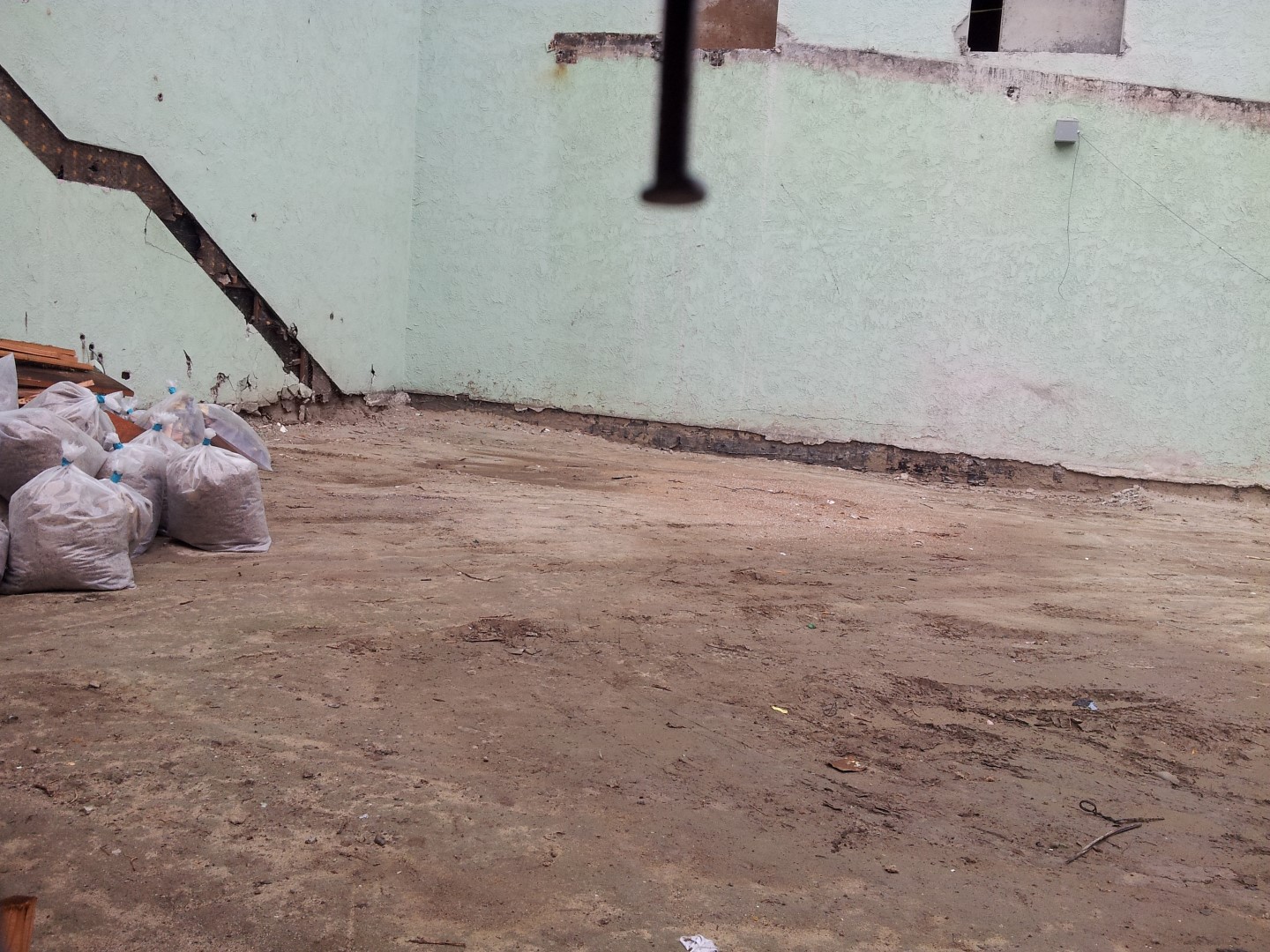 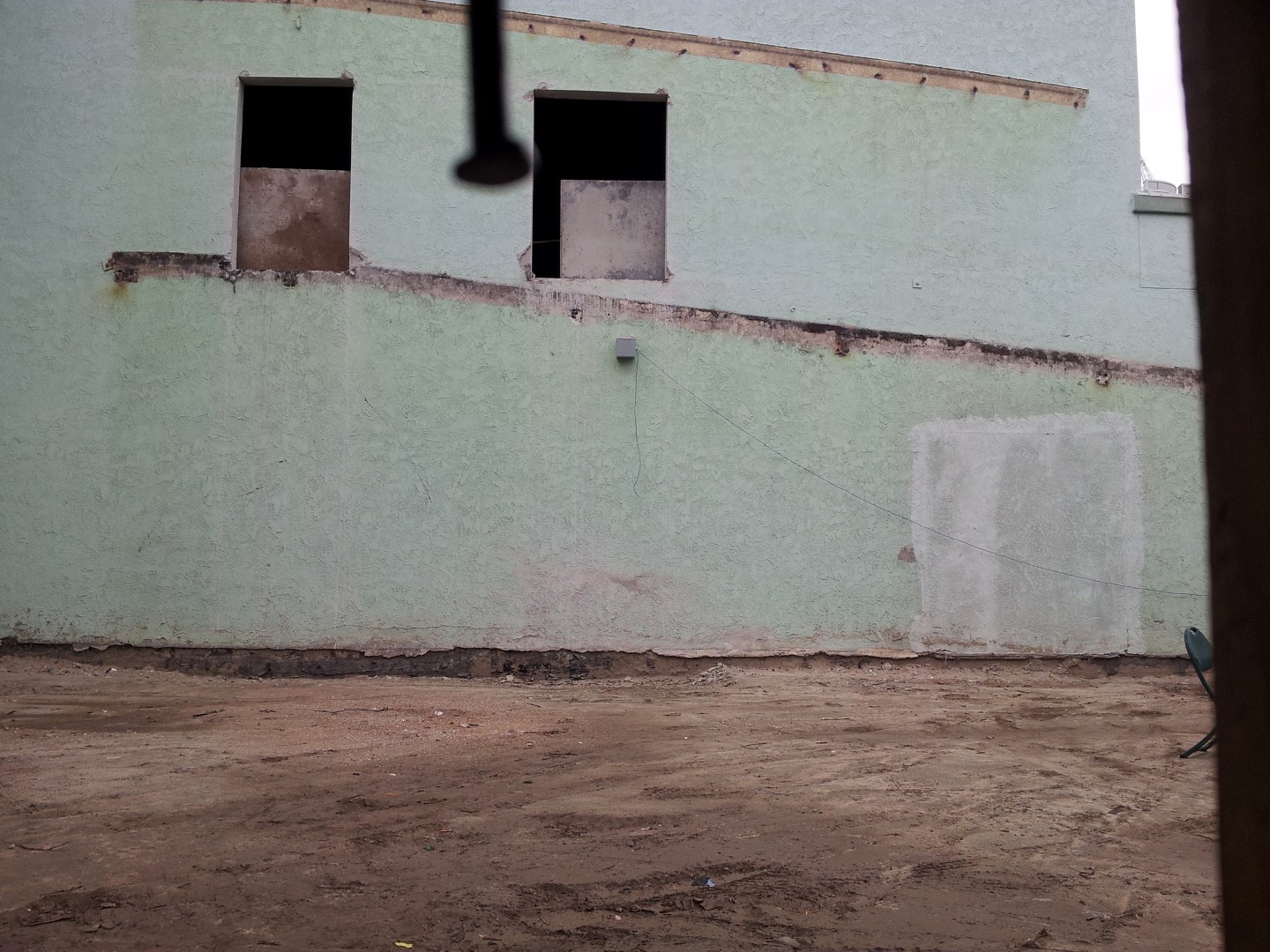 GhostRider, which is so much better with a wet track, will be closed for extensive maintenance, and likely some more re-tracking from January 20th ’til February 13th. 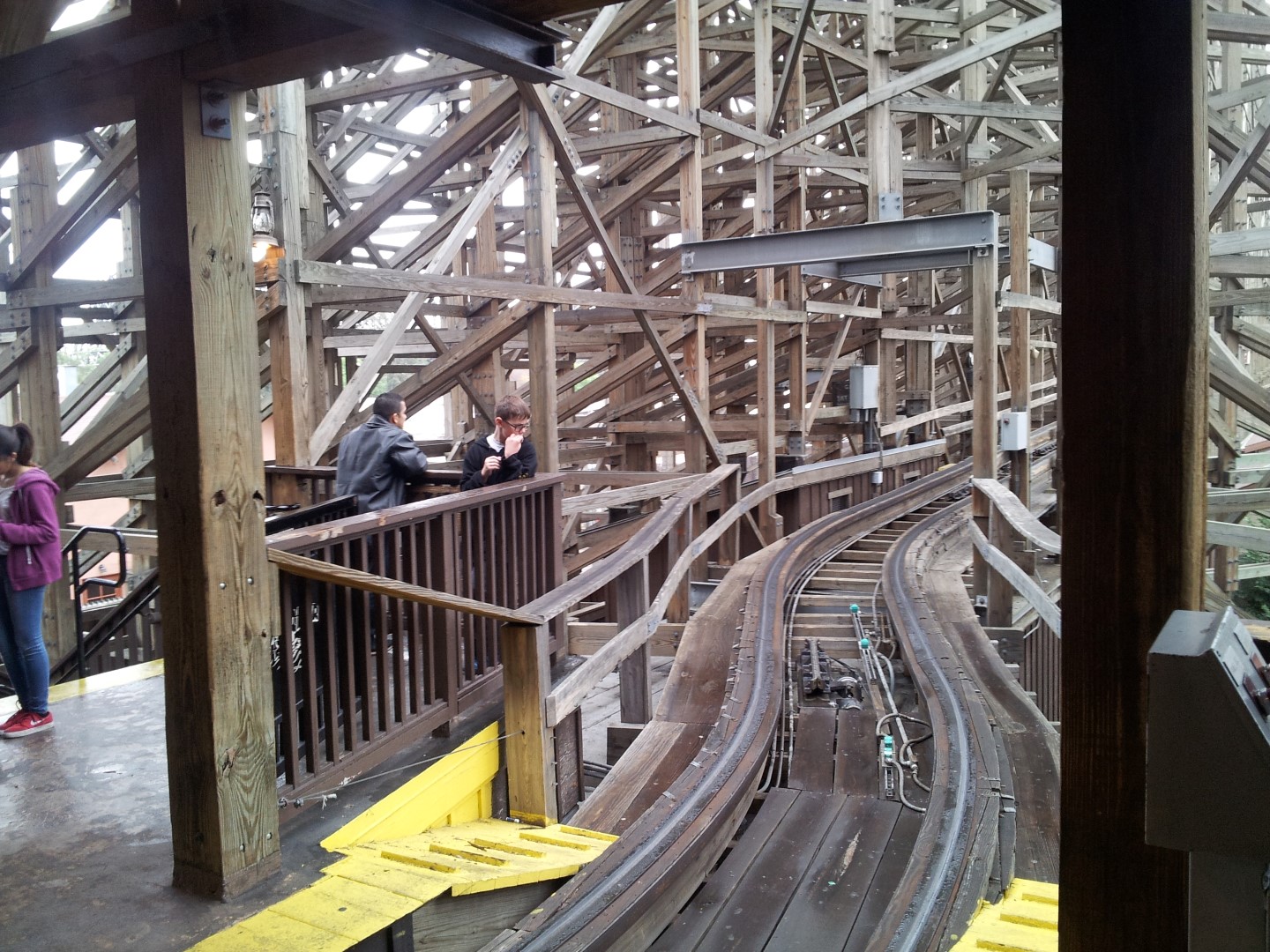 That was the regular Knott’s Update for now, stay tuned for everything related to Knott’s for the Cure! To check out our new Six Flags Magic Mountain Update with lots of interesting things going on, click here!