It’s only been 3 days since our last Twisted Colossus Update, but surprisingly much changed! I went to the park to ride some coasters with no lines, but immediately spotted the progress made. It’s not a very big update, but it’ll show you the process made. 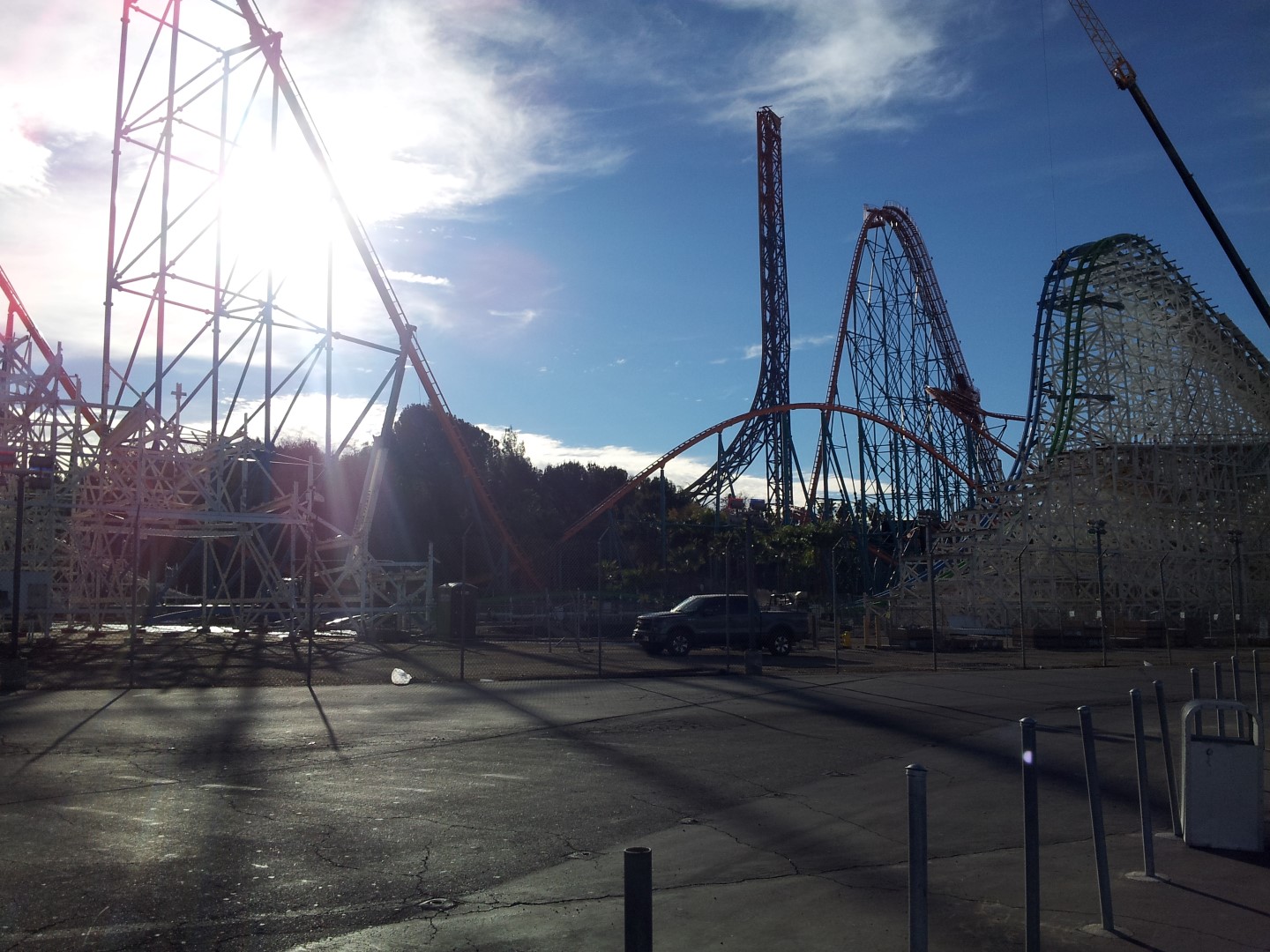 The green hill following the drop has finally been placed, I expected it to be placed a while back, so I’m very glad to see it in place! 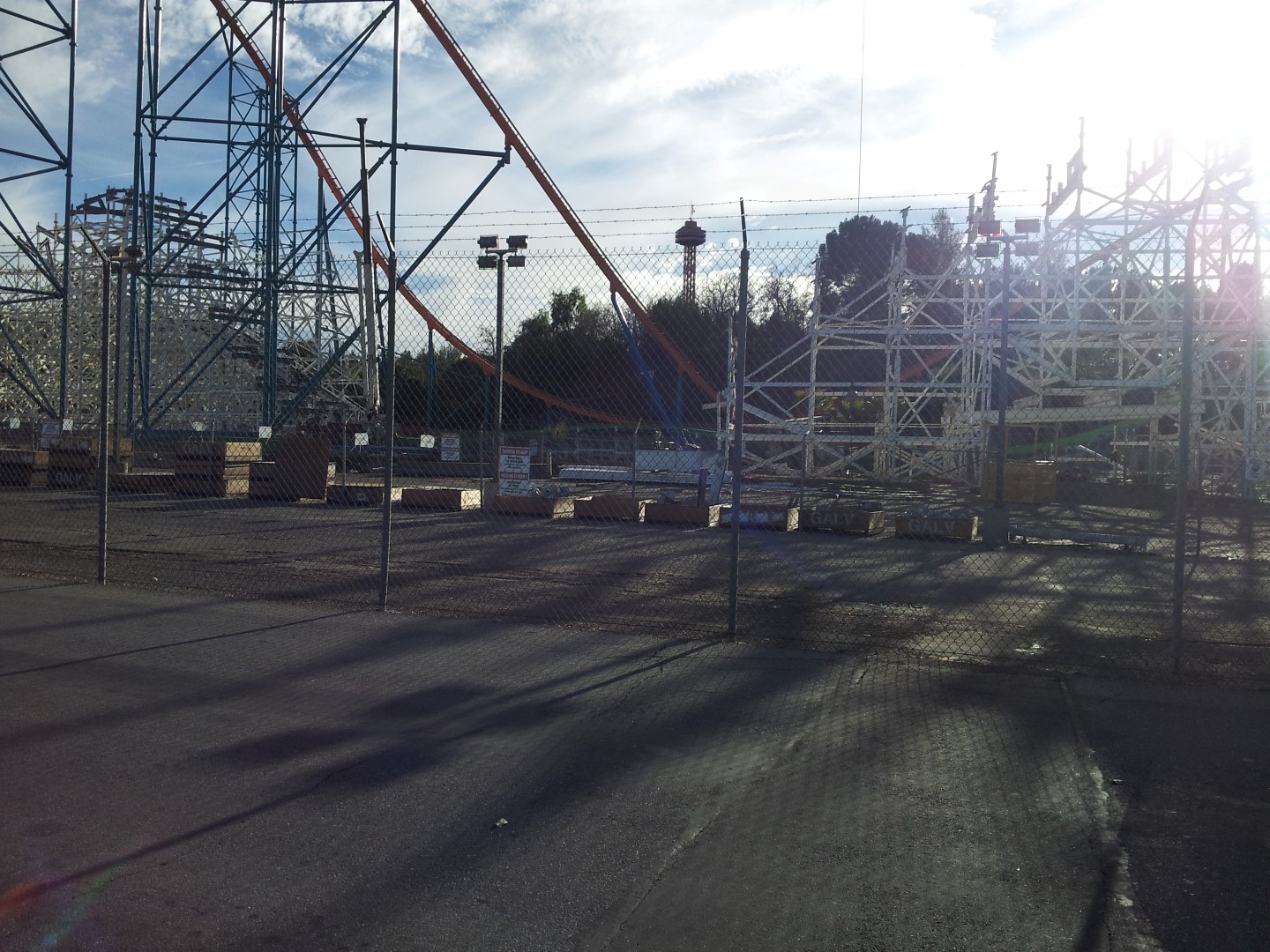 There are also a lot more track pieces on site, and they were starting to place track for the High Five element already! 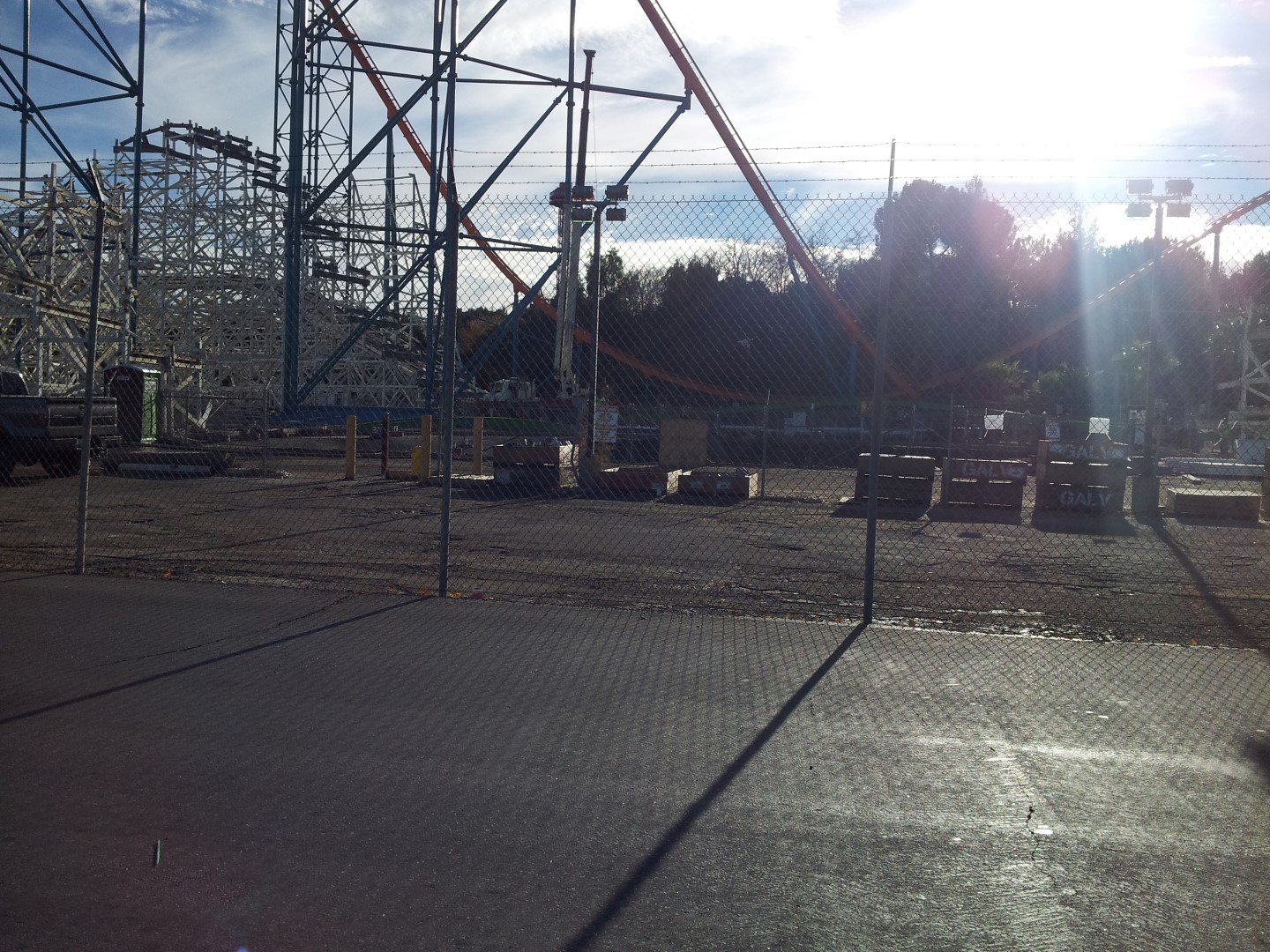 The track that was previously the approach to the slow turnaround inside the structure has been taken away. Which was still there in almost its entirety last Sunday. 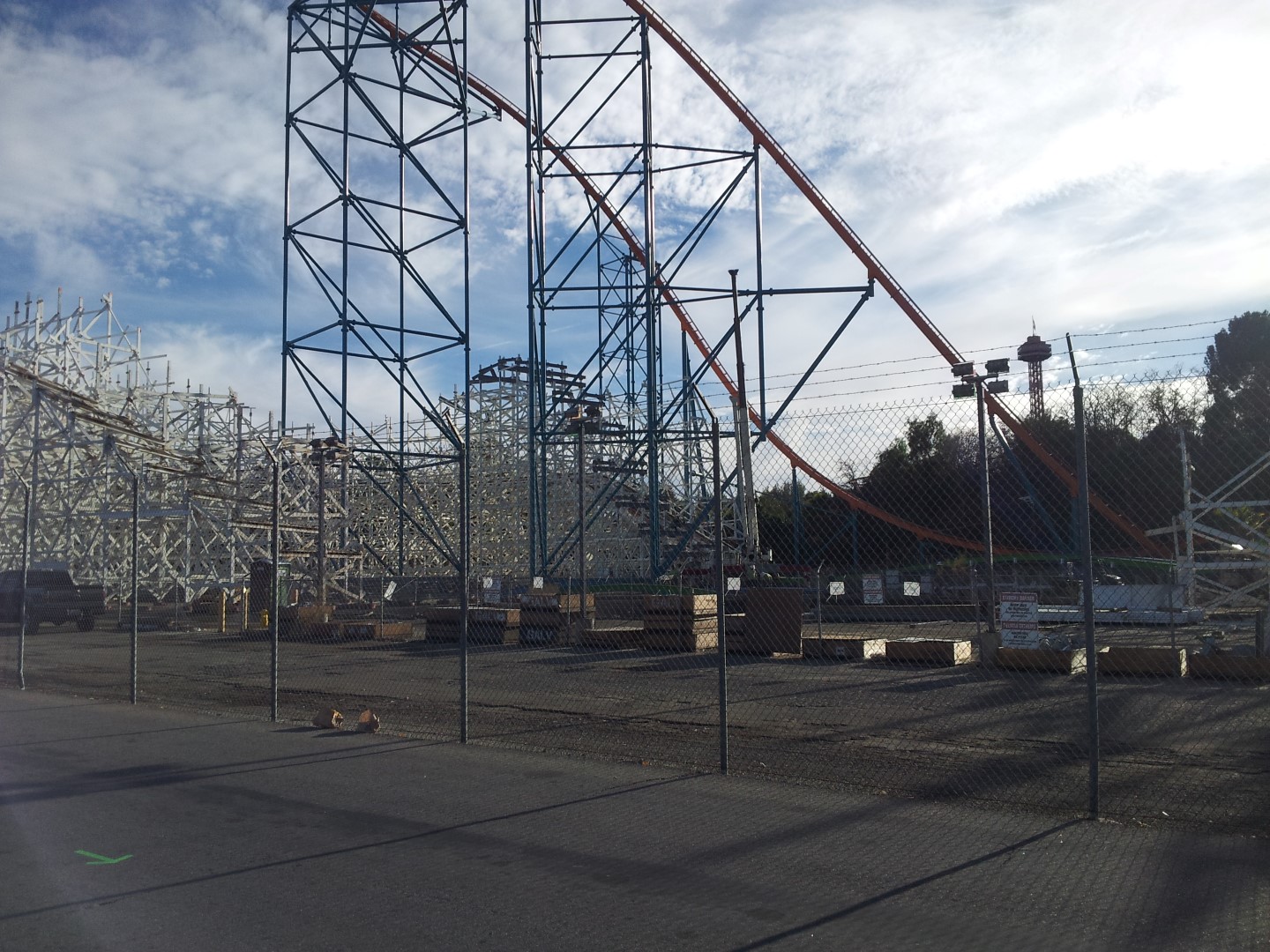 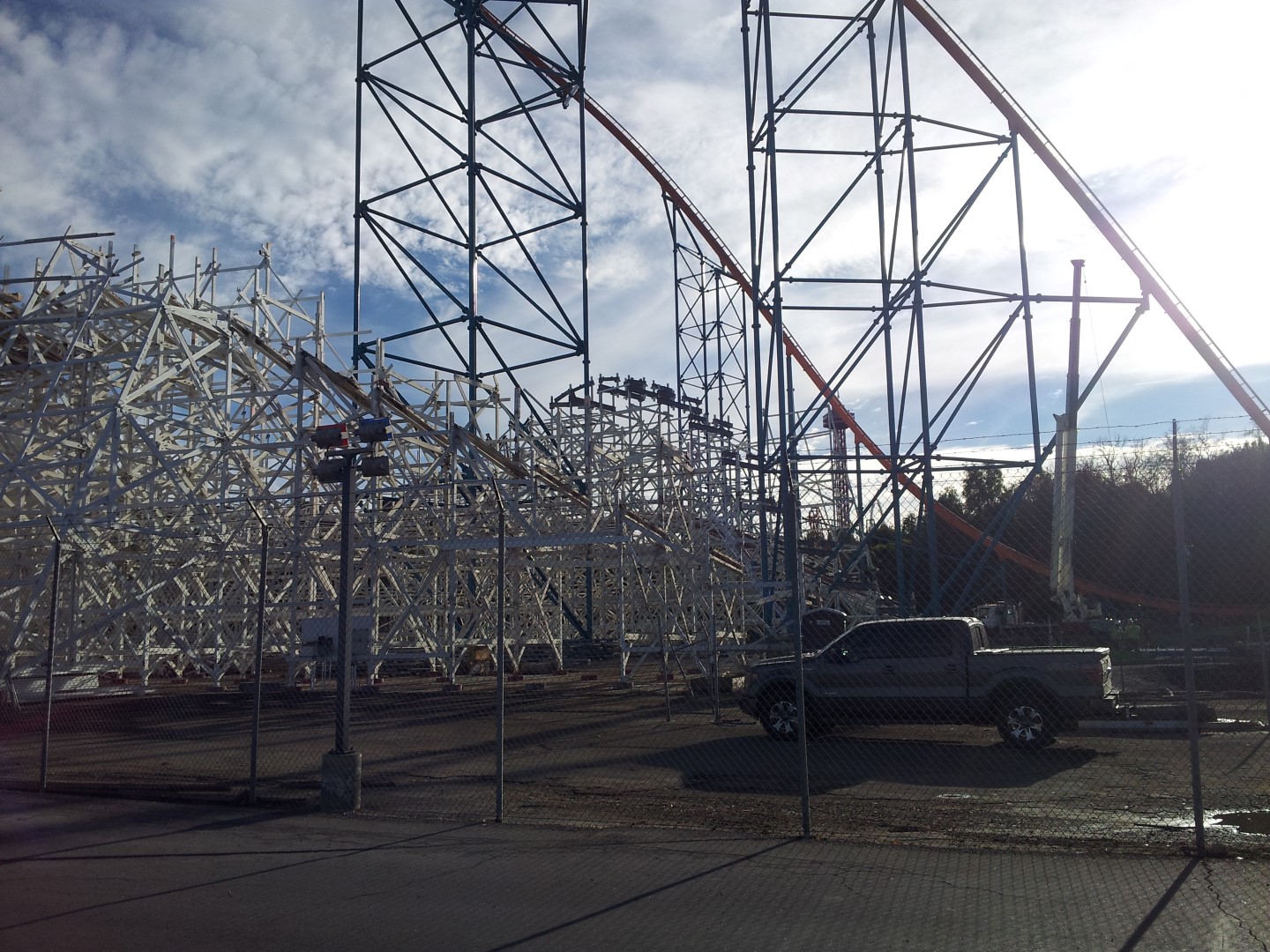 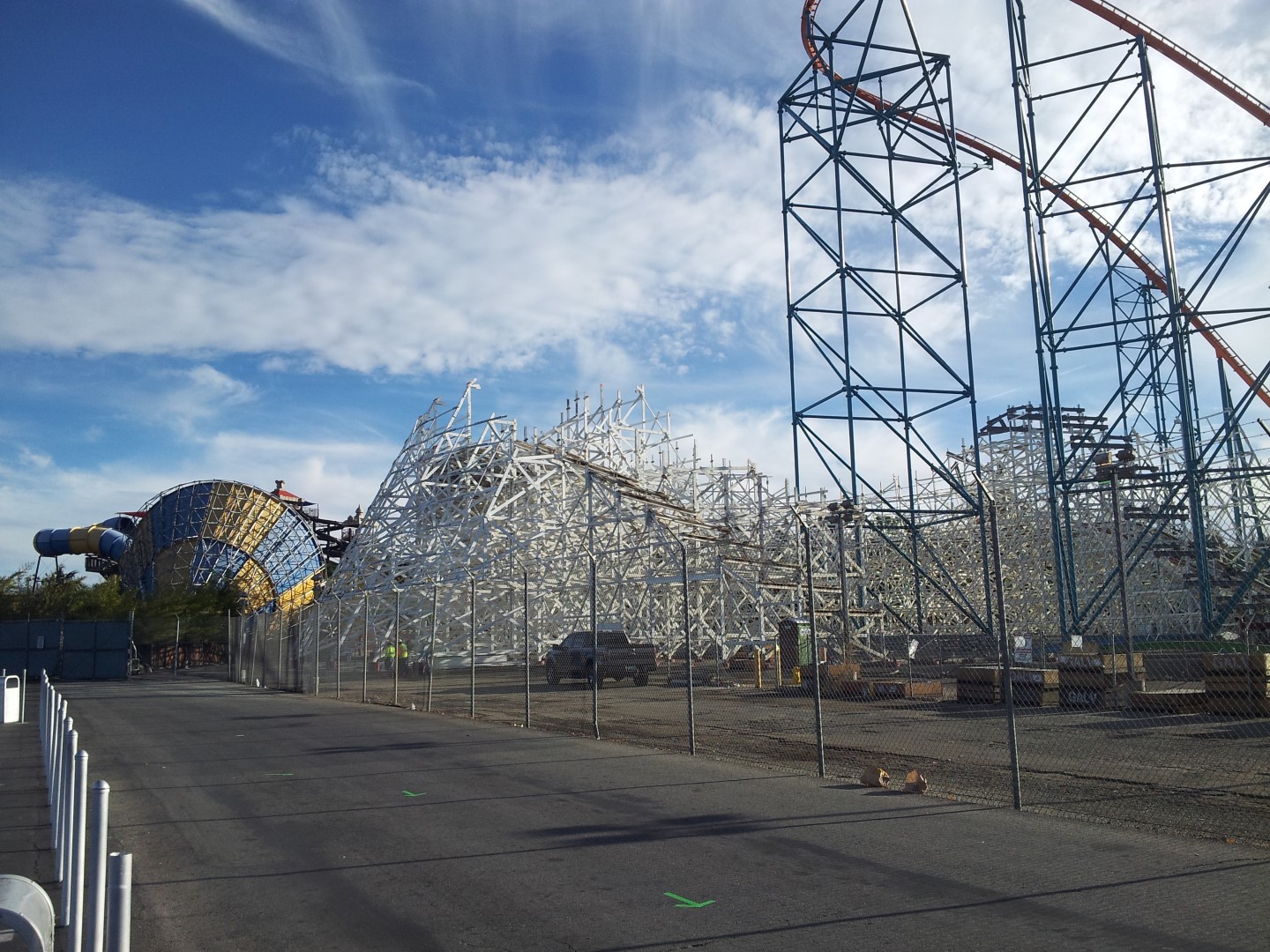 The Rocky Mountain Construction crew was doing some more work on the lift-hill, though I’m not entirely sure what. 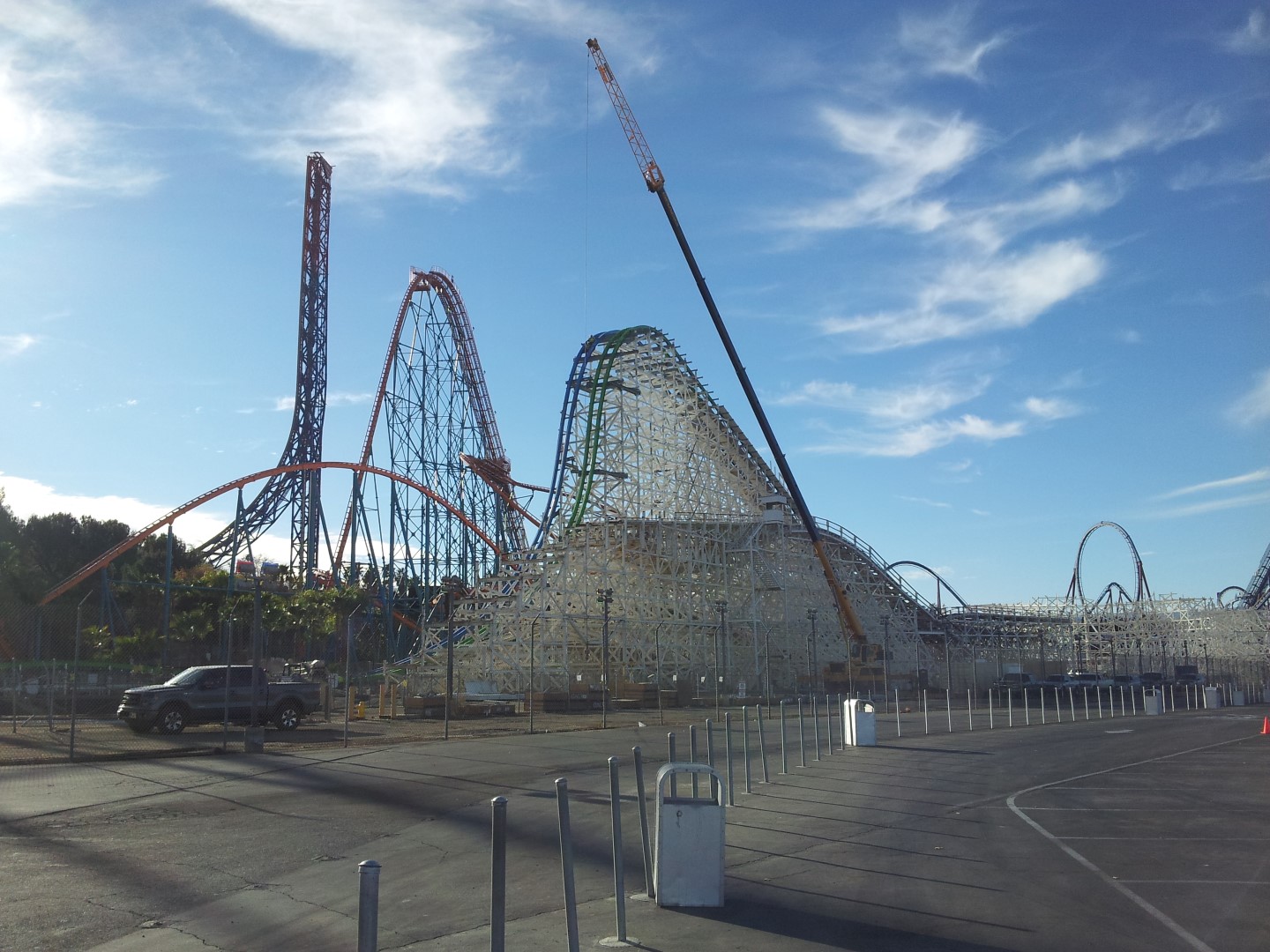 The area has officially closed and is blocked off. Meaning Scream!’s closed ’til the opening of the all new Screampunk District. Obviously I don’t have any pictures from inside the closed area, but a lot has been stripped already. All tables are gone, fences are being stripped, trees are being removed, paths are being ripped out, etc. Six Flags Magic Mountain didn’t wait a second to get started, it’s already one big construction zone in there! 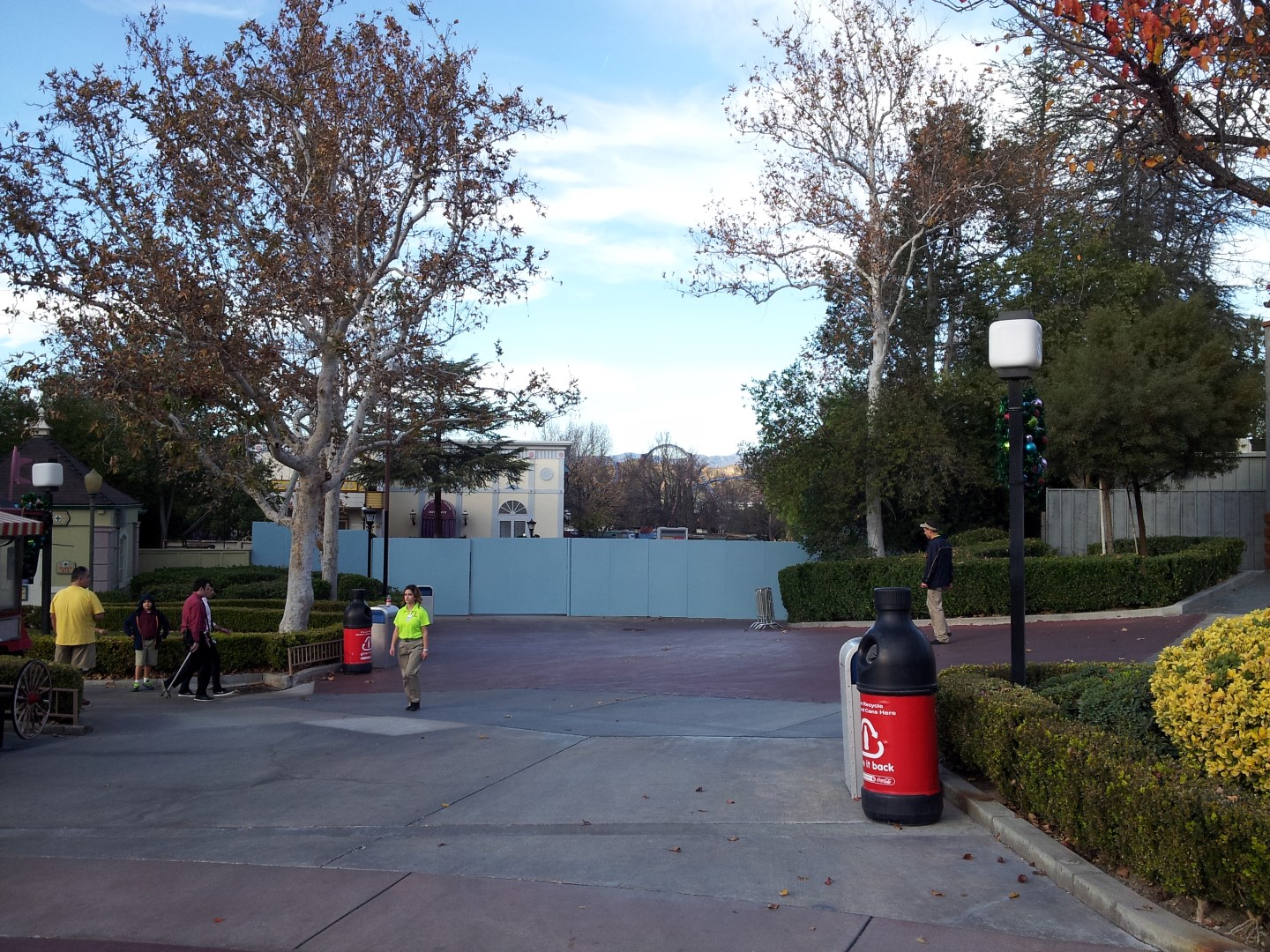 Thanks for checking out this quick Twisted Colossus Update, our regular Six Flags Magic Mountain update is now LIVE as well, featuring pictures from the day AFTER this update! Click here to go to the update! For the Twisted Colossus update from 3 days ago, with more pictures from within the future Screampunk District, click here!