It’s the first week of January, and a week since our last Twisted Colossus Update. I guess with New Year’s Eve and New Year’s Day the construction slowed down a bit, as not as much has changed as I expected.

The green drop is still not followed by the little hill. Which I expected to be placed by now, and in general, the structure on that side remains the same as last week. 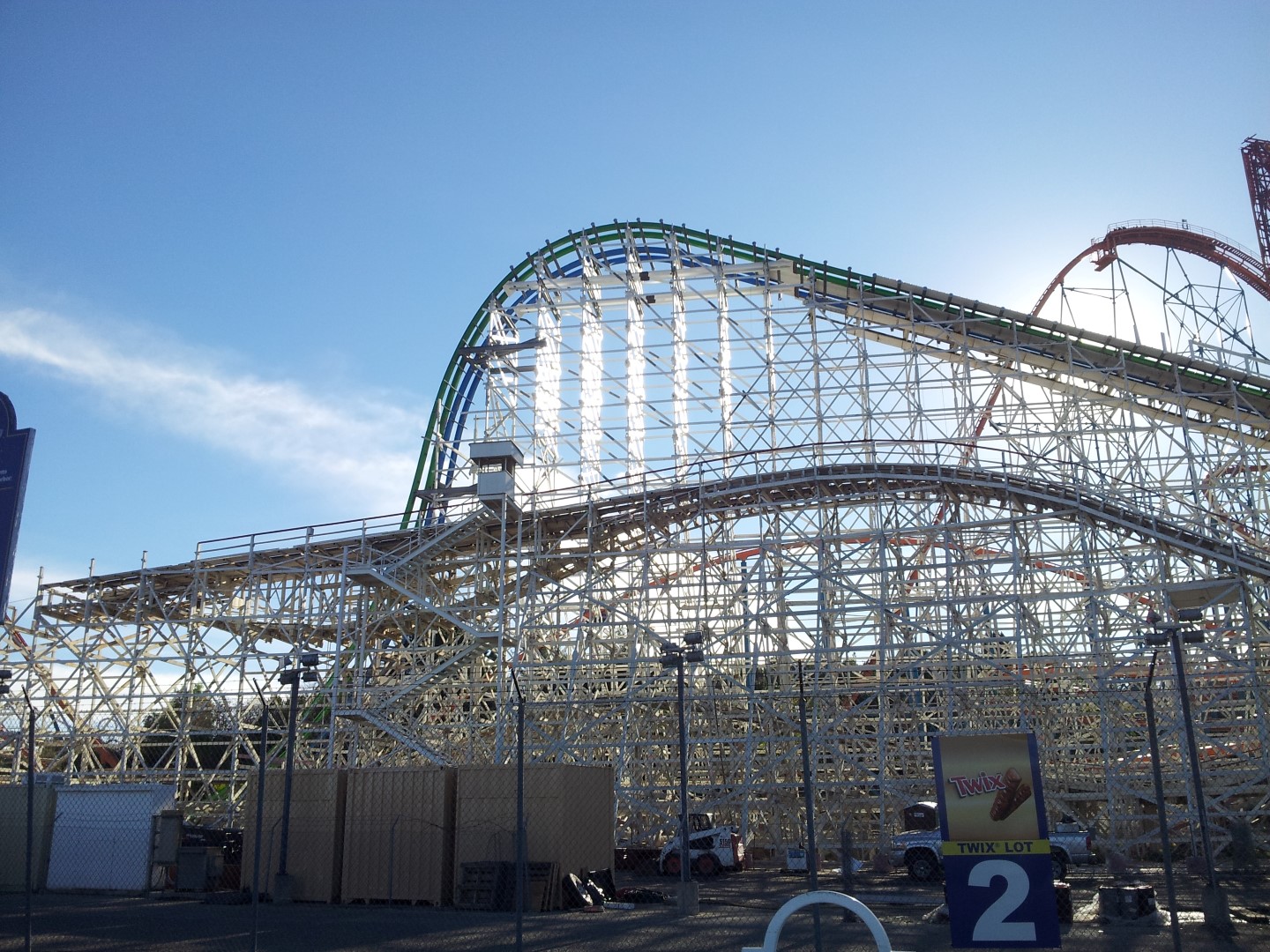 The Top Gun structure is under construction, I have a feeling a lot of wood will be added in order for the element to become reality. 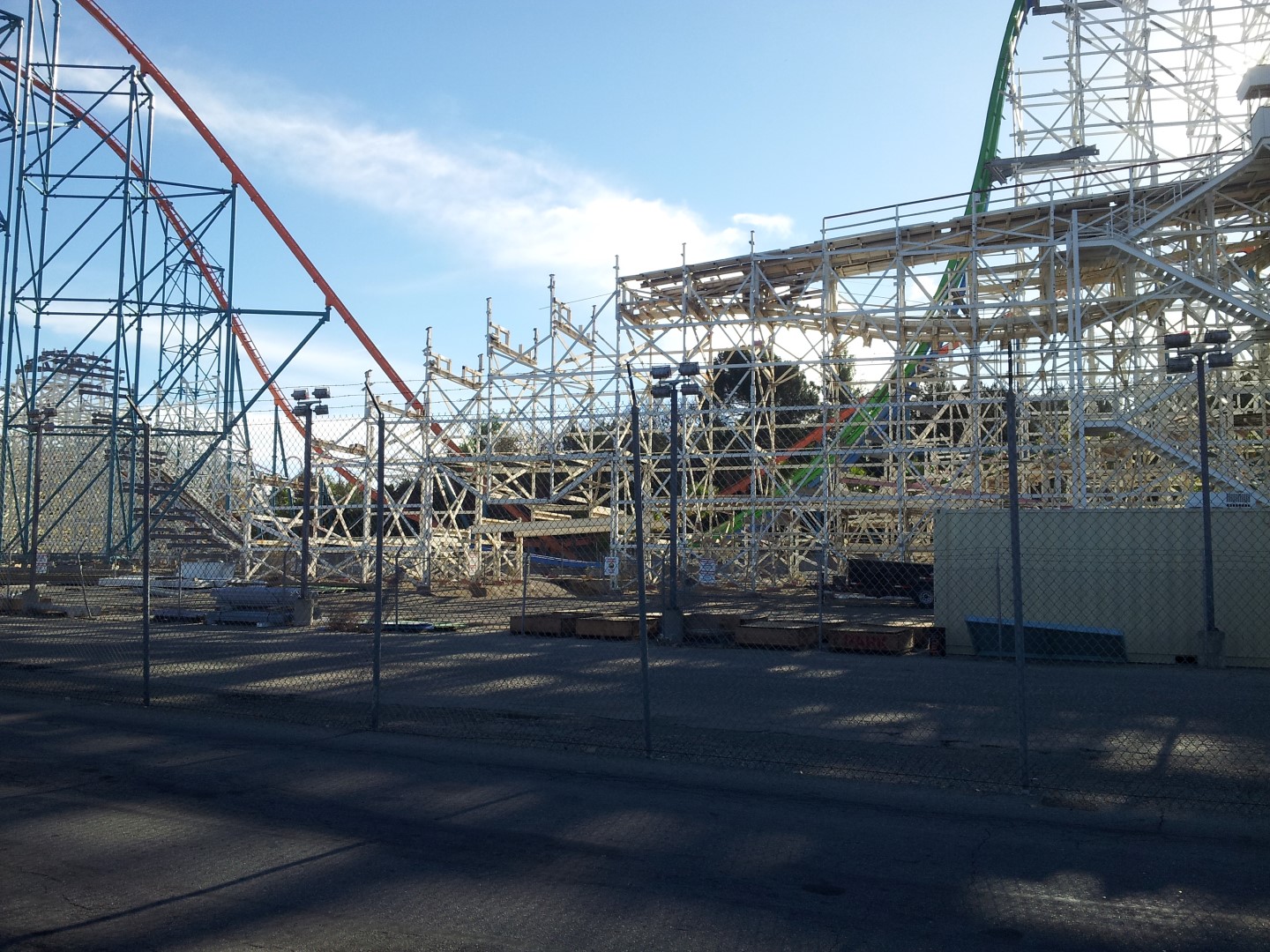 They’re working on preparing the High Five element for track placement, though currently there aren’t many noticeable changes from last week. 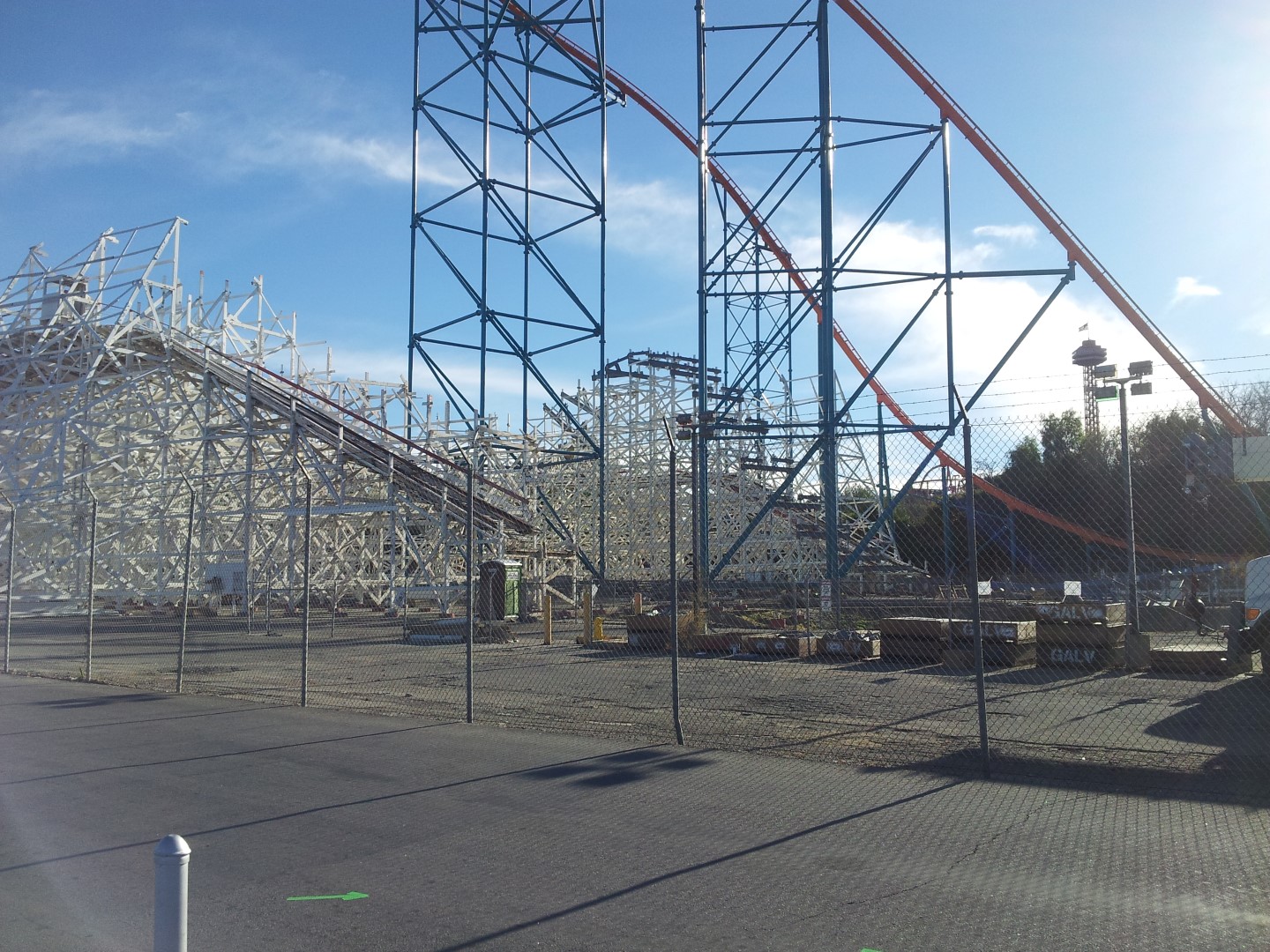 Twisted Colossus is stilll looking very pretty, in case anyone doubted that. 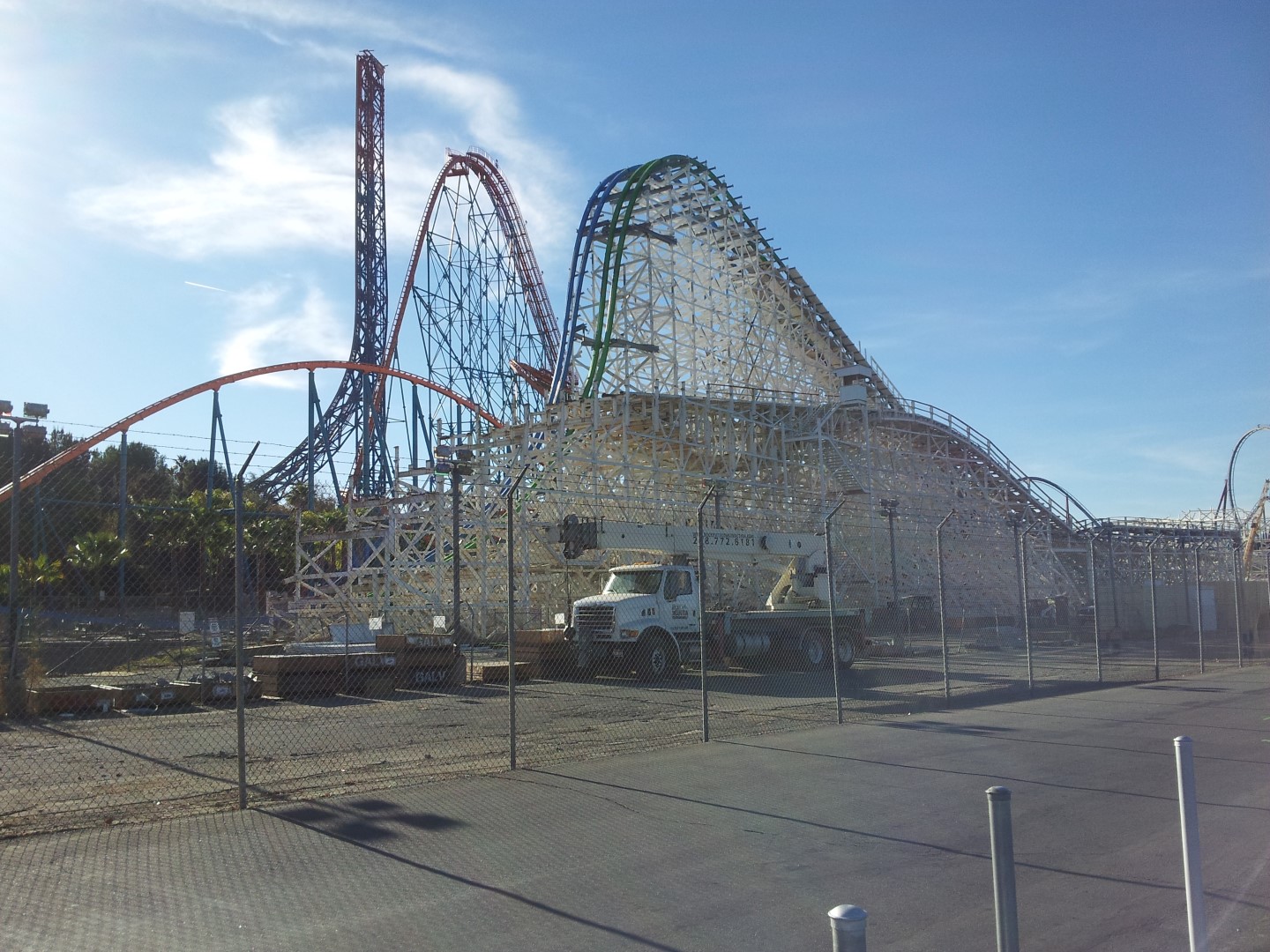 Moving on to the part of the ride that has been drastically altered over the last two weeks, the old second turn-around! 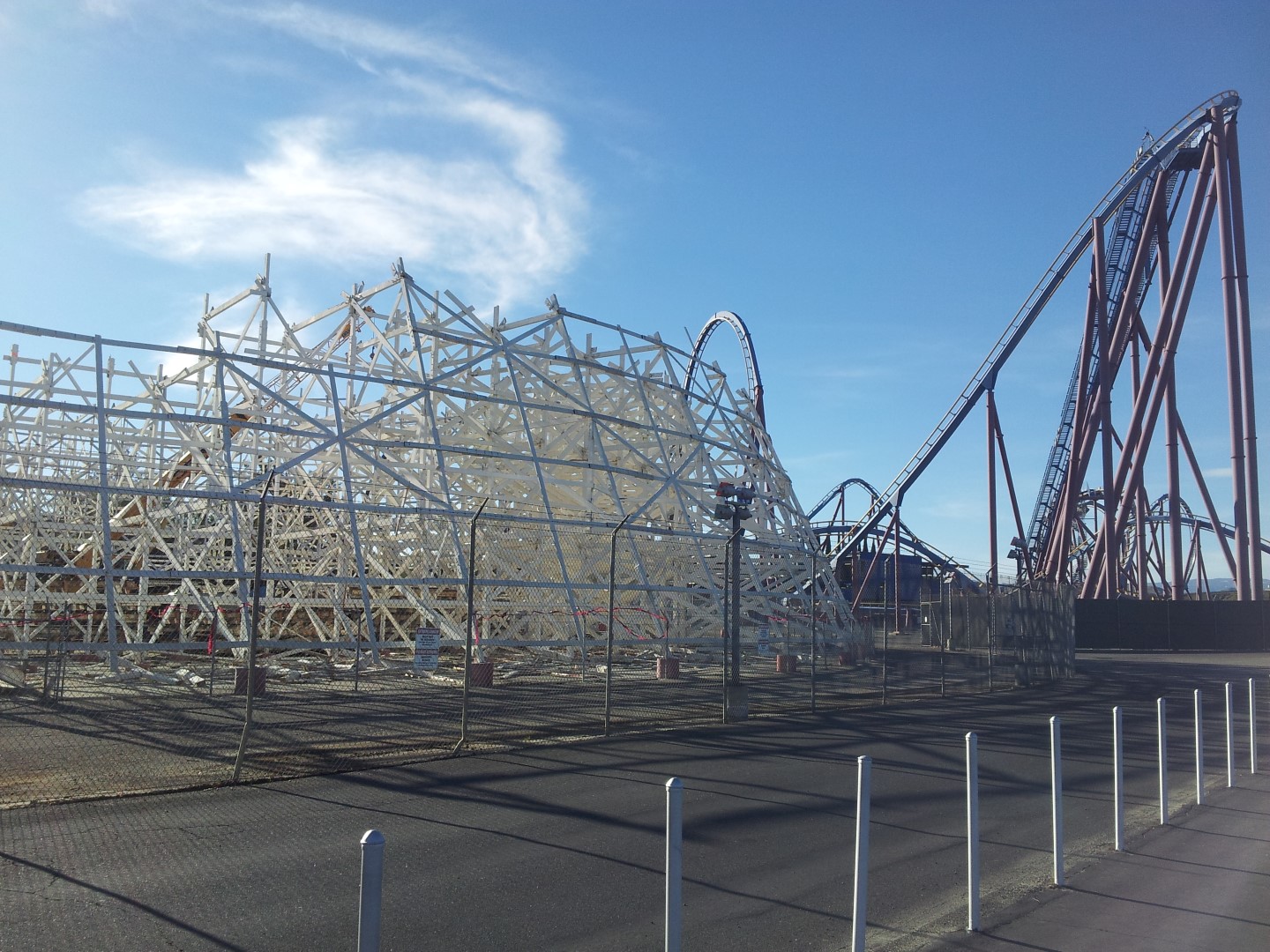 1/3rd of the original height has been taken off, and currently the shaping continues for the Double Up, and the Outward Bank Floater that will be on this side of the structure. 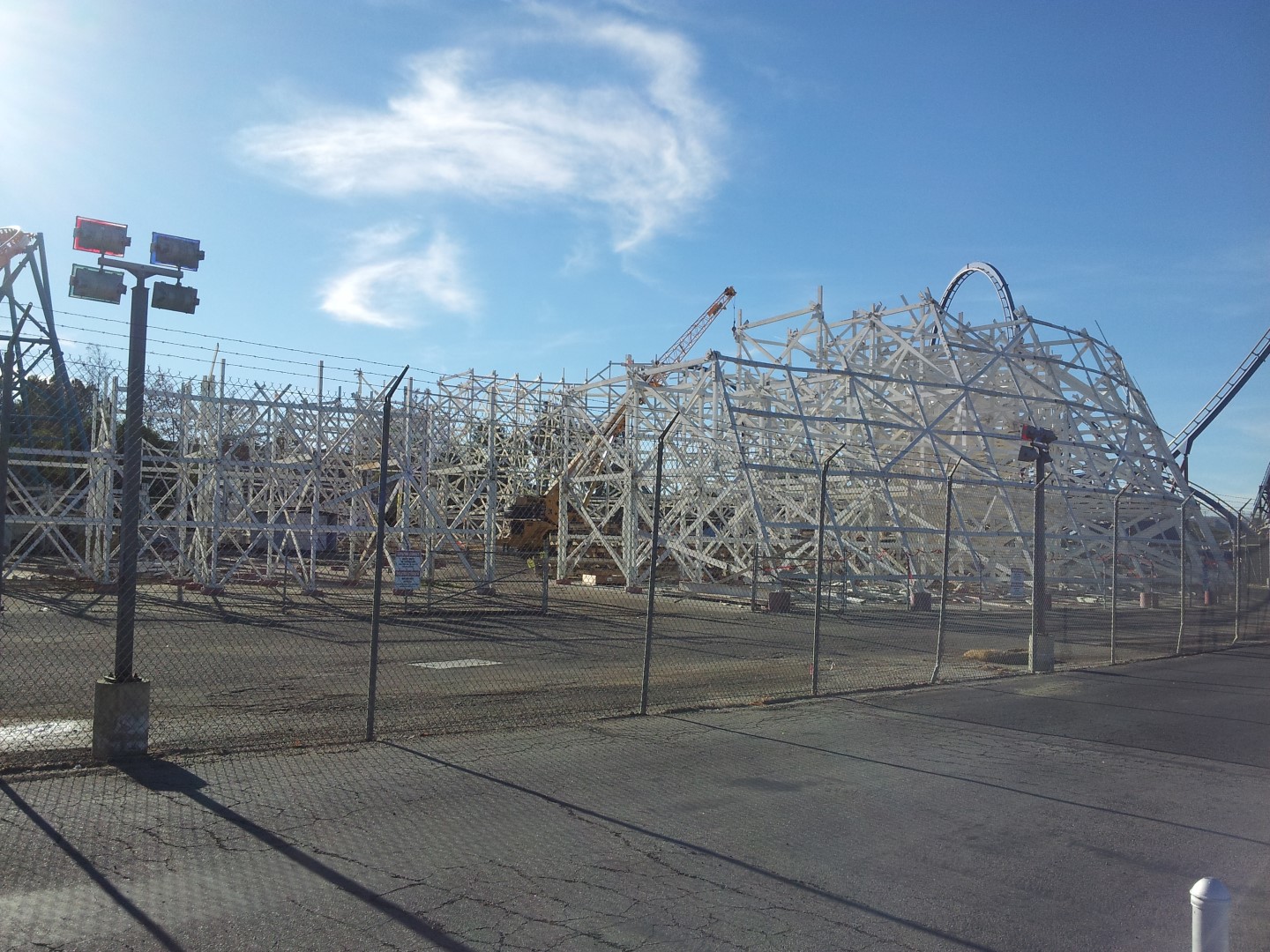 You can now see the station, and where the track will be placed that will mark the transition from blue to green. 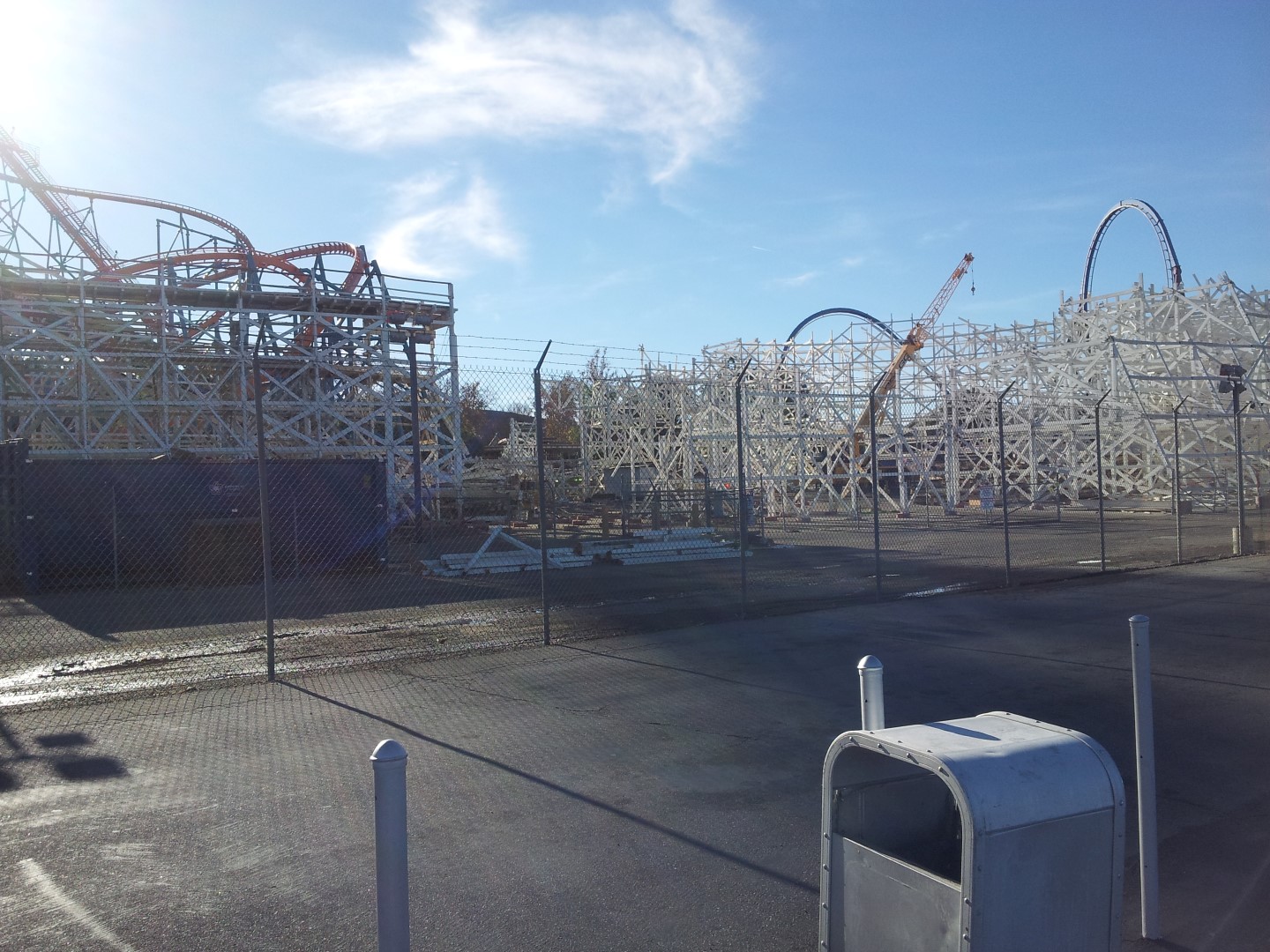 They trimmed down the huge structure quite a bit! 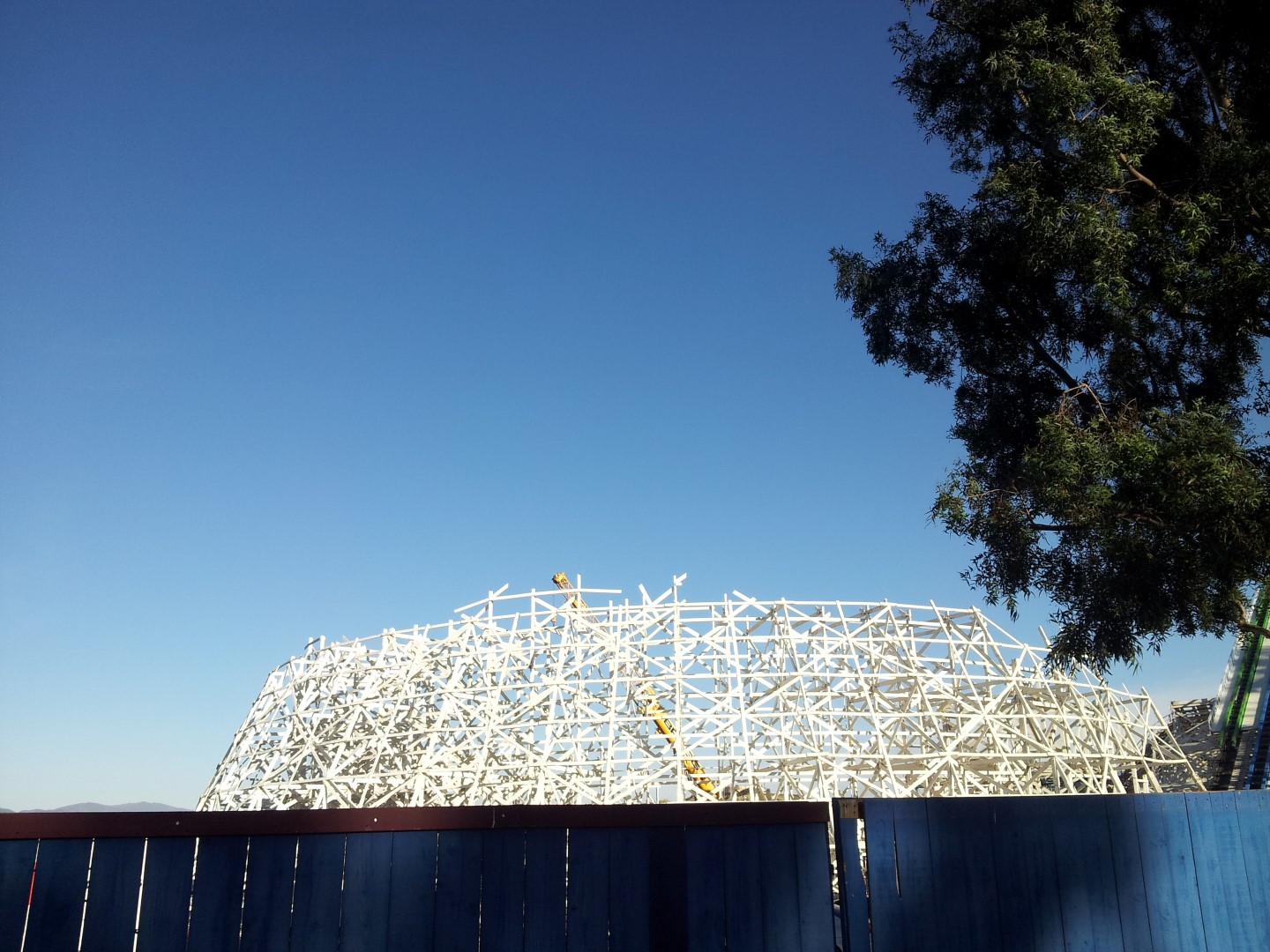 In the station not much has changed, they’re clearing it out more. If you look precisely, you may notice that the control panels have all been taken out and the floors are being leveled. 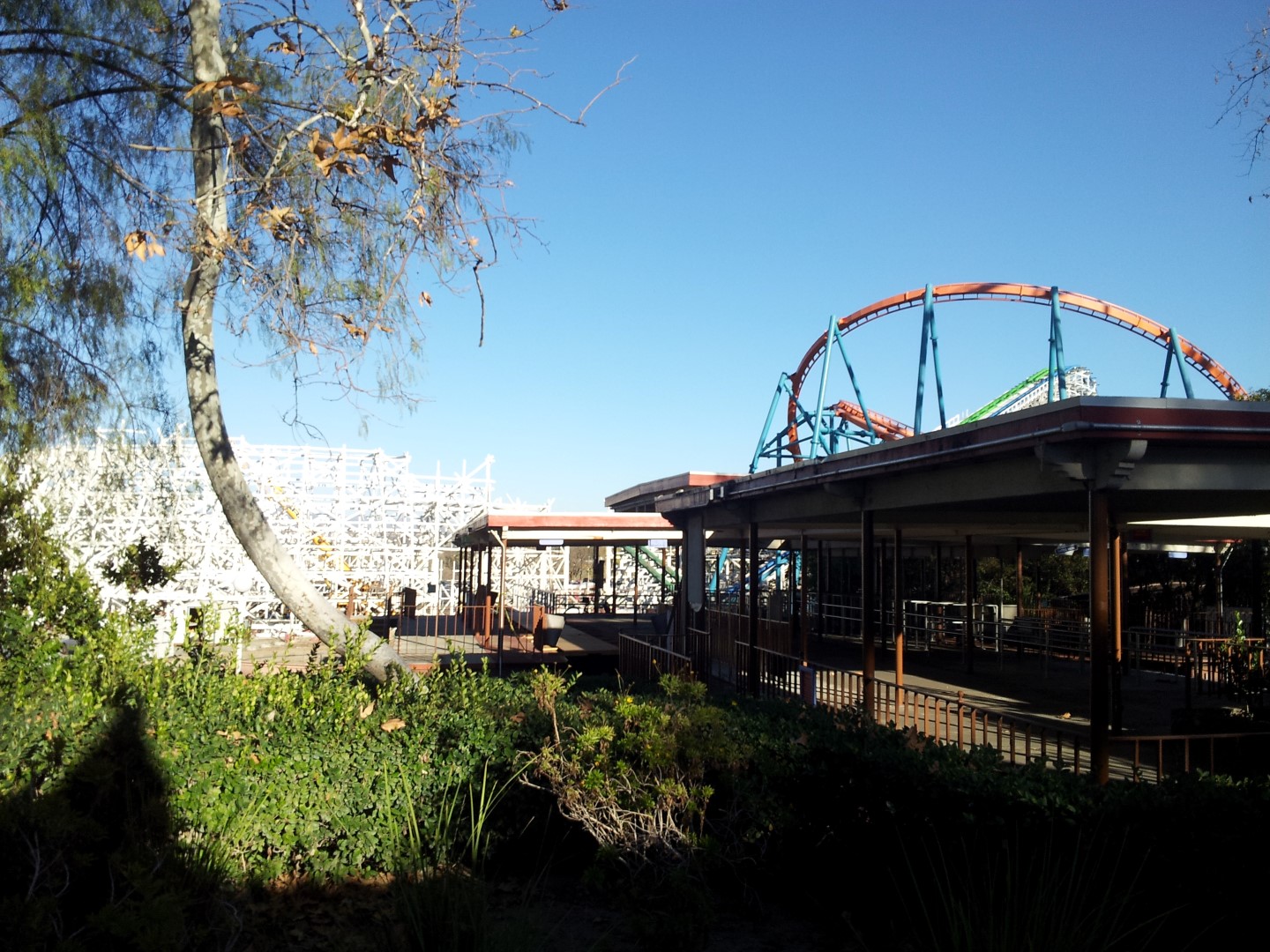 And then there’s the ride that ‘screams’ for a repaint. It will either close tomorrow for its overhaul, or a week later, since the park extended their daily operations ’til January 11th. I’ll step by sometime during the week to figure out whether it’s closed yet, or not. 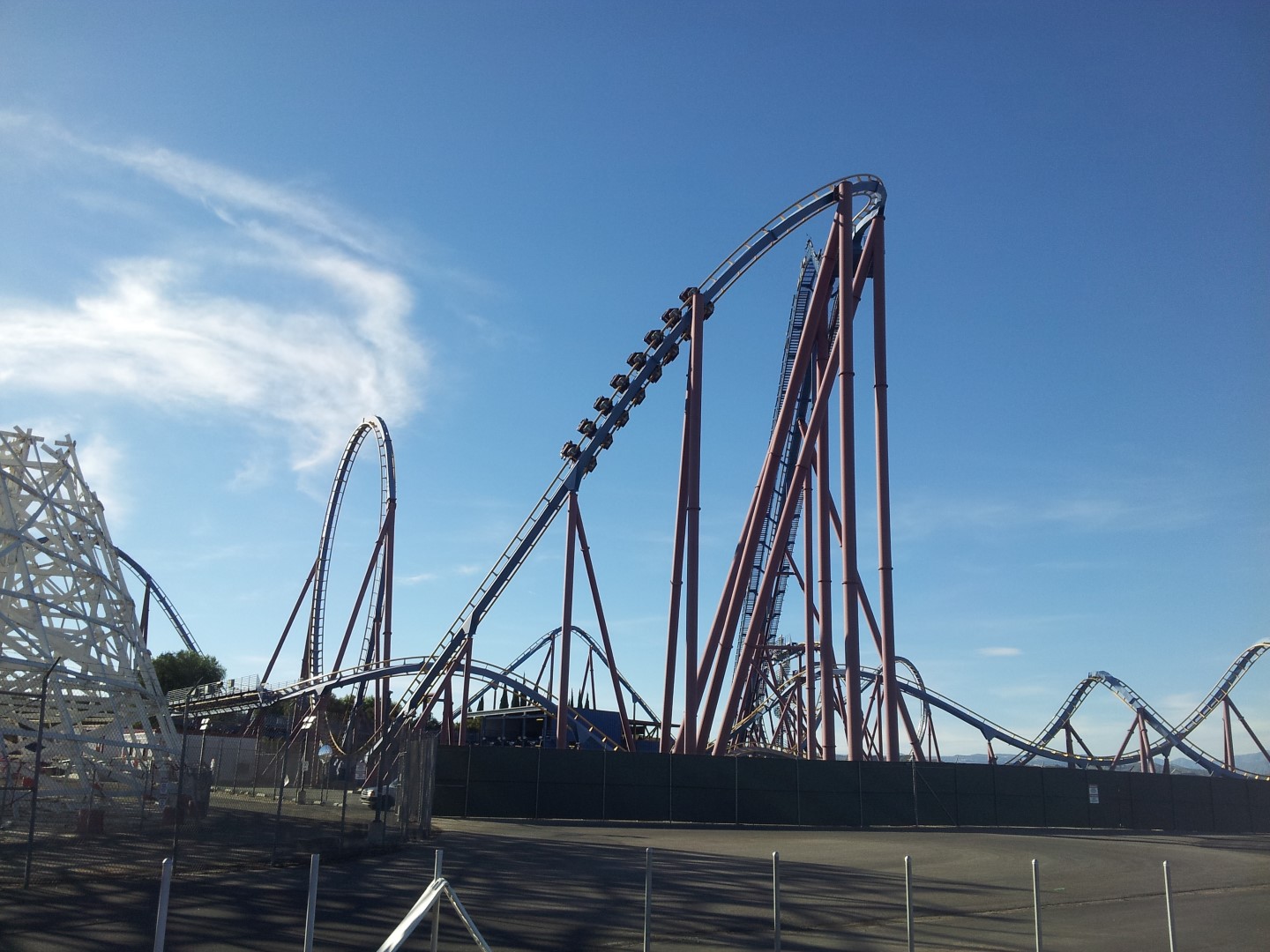 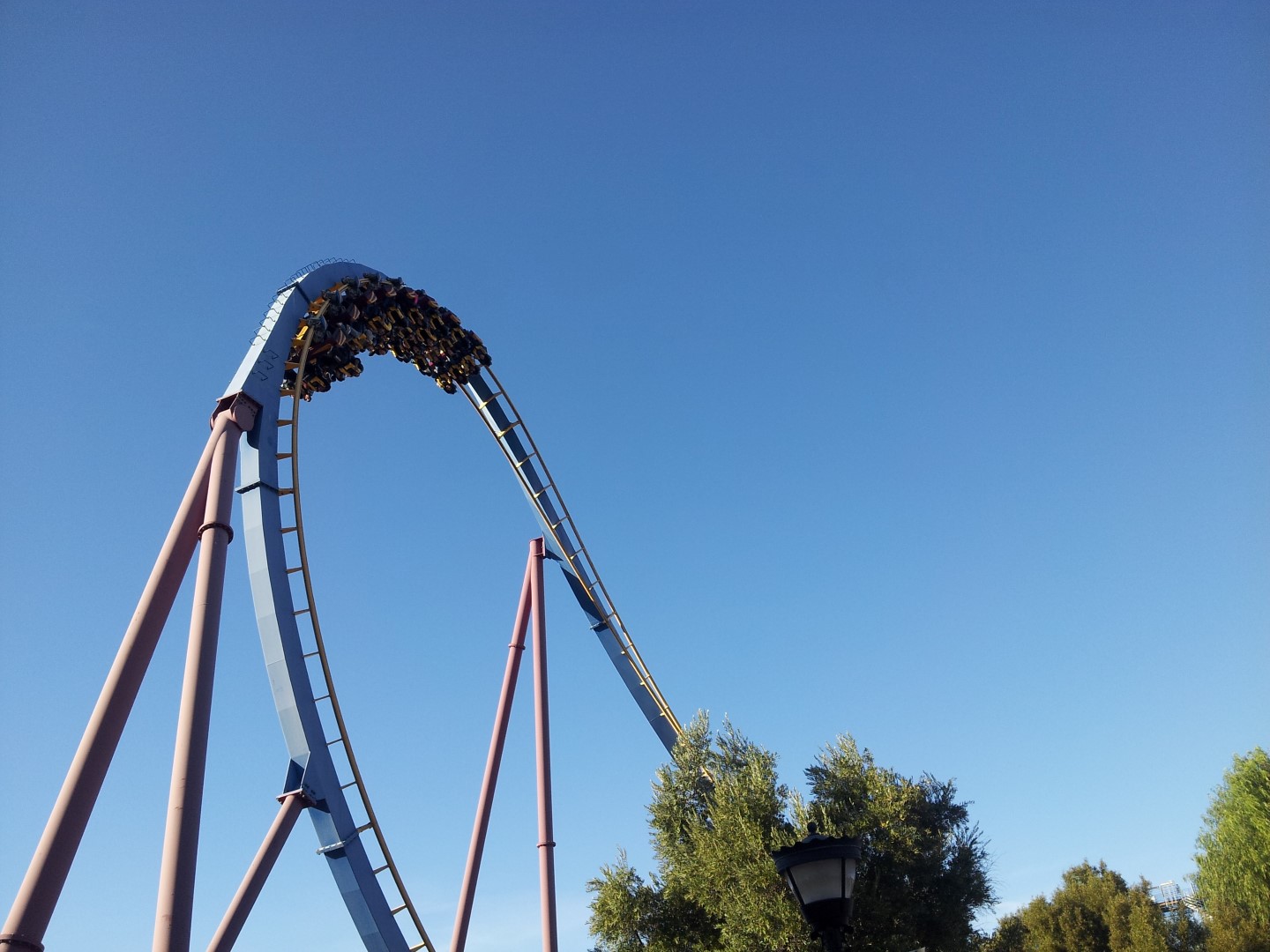 Might not see this building again, ’til it’s repainted and the Looking Glass Theater. 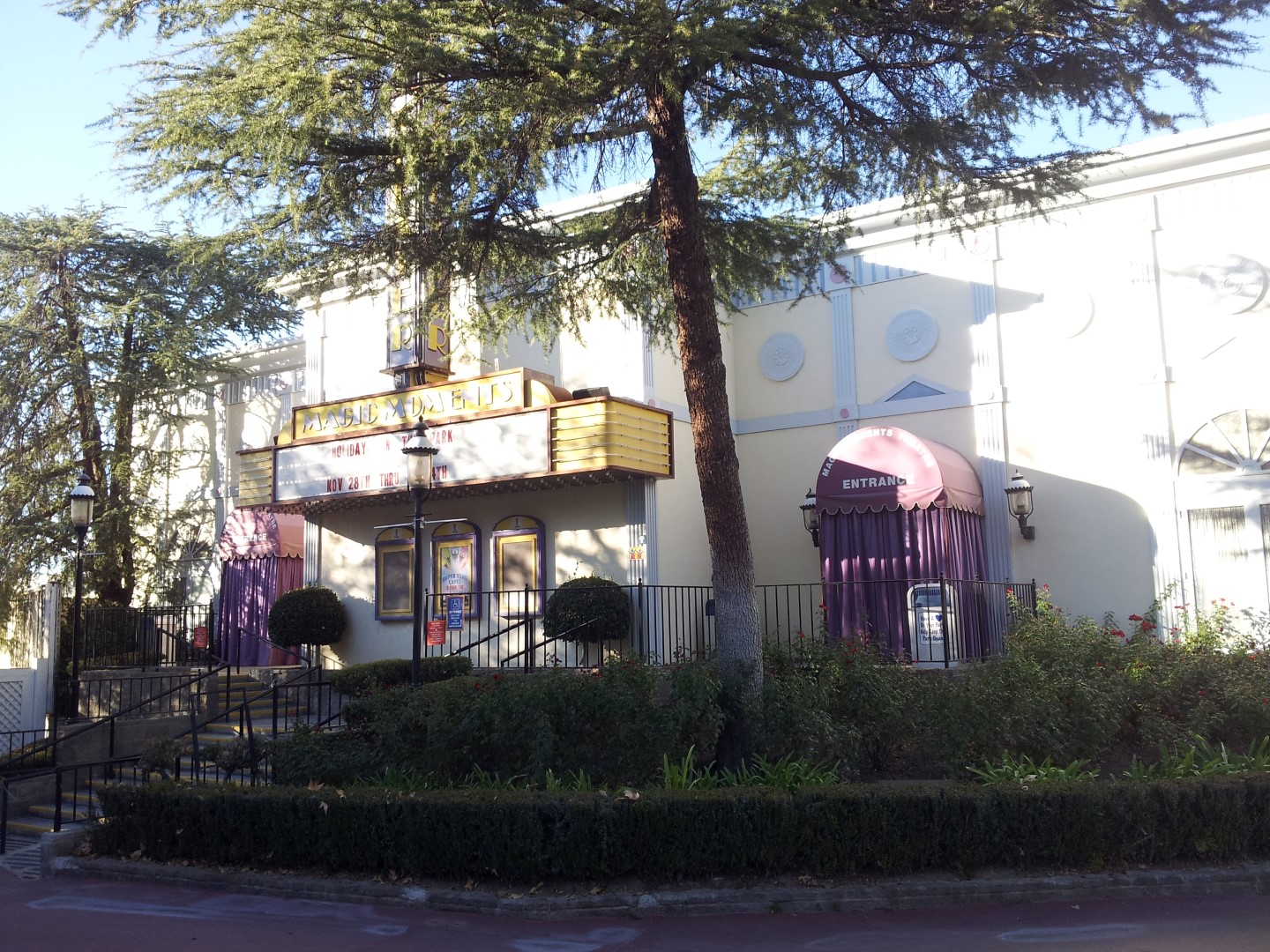 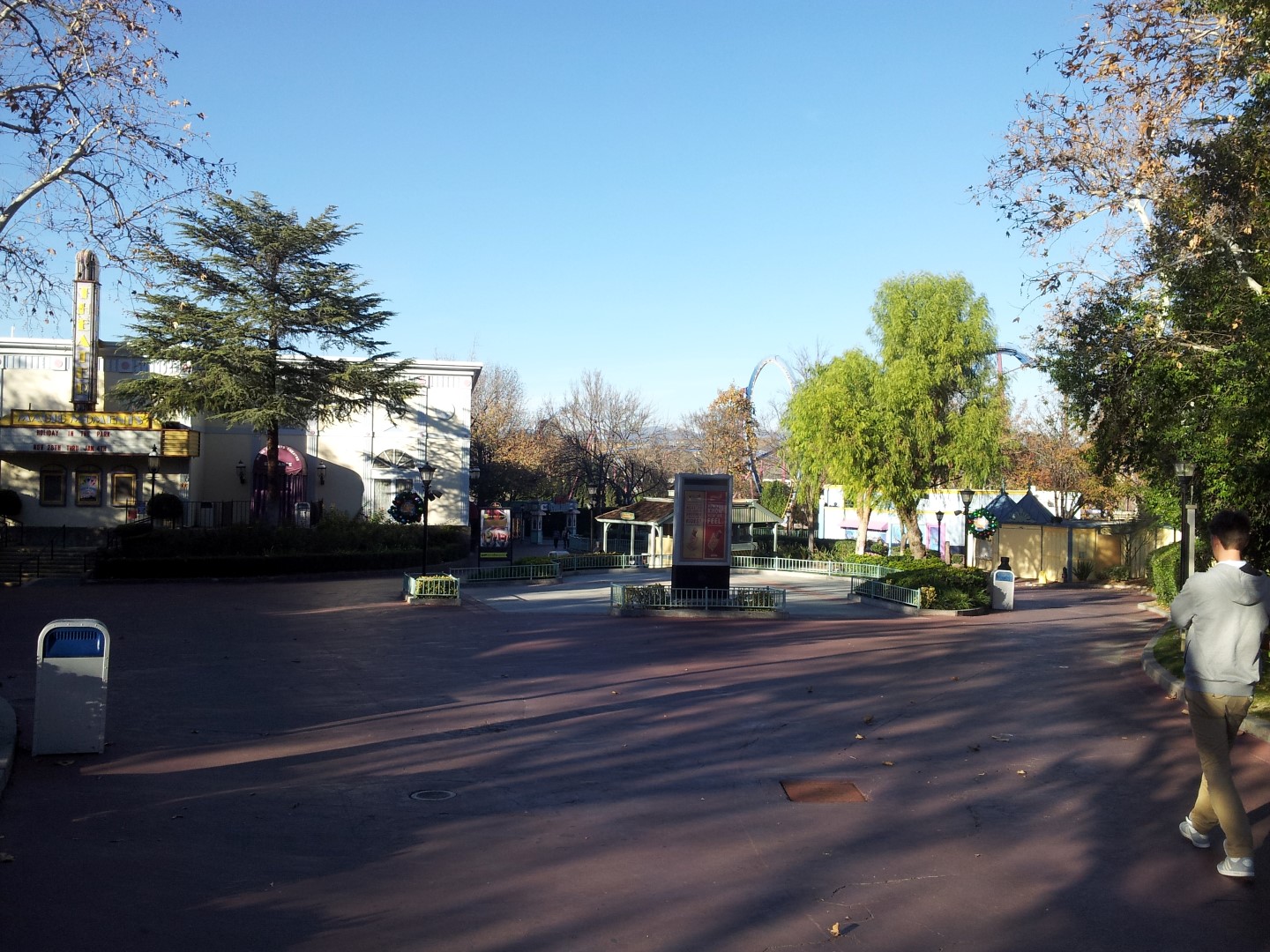 That was it for today, really not that much has happened. Click here for last week’s update, that includes some more changes. For our back-stage Twisted Colossus tour post, please click here. Everything you need to know about the new area can be found there!