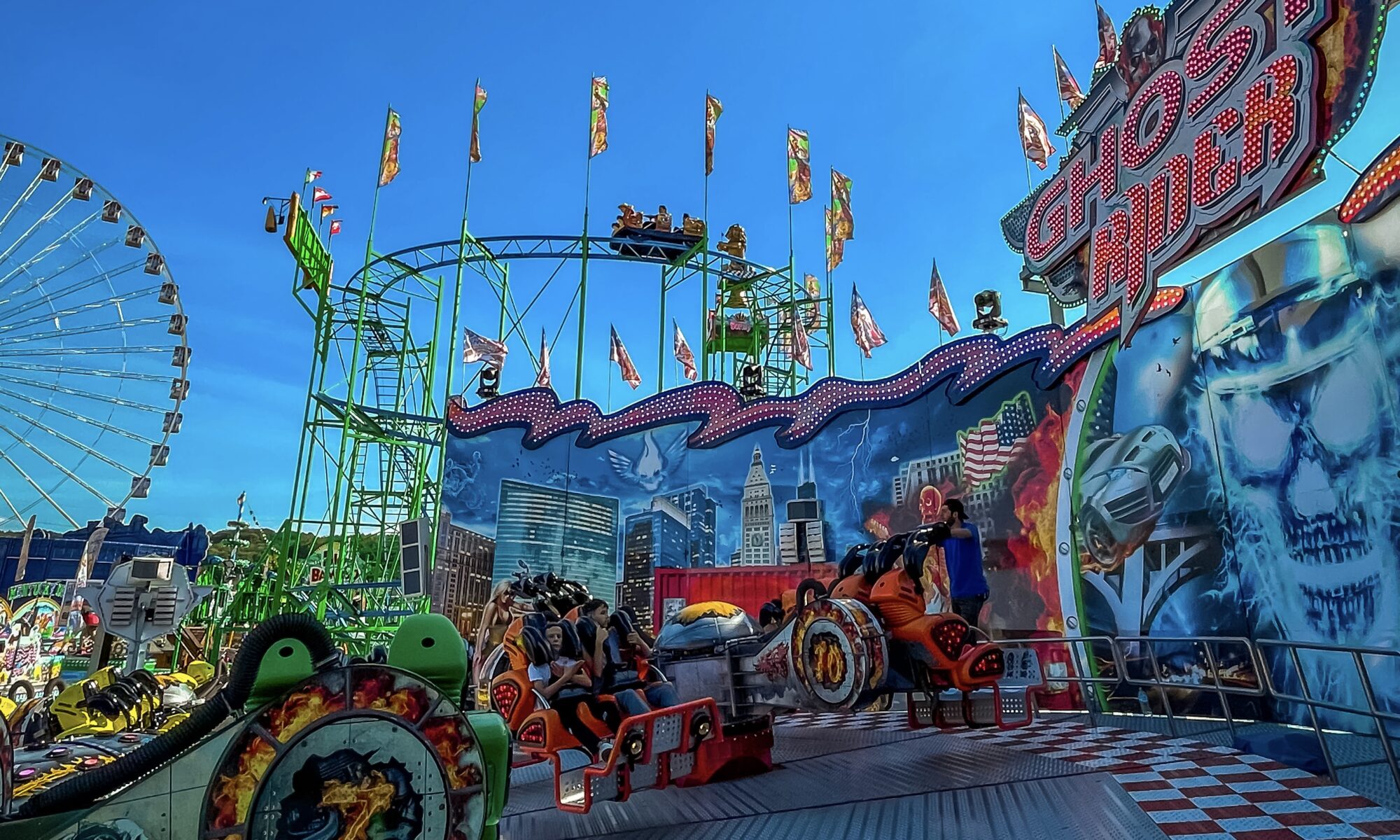 Germany is really well known for it’s overwhelming and magnificent funfairs- including the world famous Oktoberfest- the biggest funfair in the world. The country is also home to some of the largest travelling rides in the world. In September I headed to one of the biggest fairs in the west of Germany – Pützchens Markt – and I thought that it would be exciting to share my experience.

The city of Bonn is the former capital of western Germany and is a city full of history and culture. It’s also located really nearby to Phantasialand. This makes it a great city to add on if you’re heading on a theme park trip. If you’d like to read more about the brand new adventure trail at Phantasialand, you can click here and read all about the brand new, exciting development.

To facilitate a trip to both Phantasialand and Pützchens Markt, I stayed for 3 nights in the Hotel Living Kanzler in Bonn. This was a great option as it meant both destinations were achievable by public transport as well as having a fully serviced apartment which allowed for great flexibility when it came to meal times.

The Pützchens Markt lasted for 5 days in total- kicking off on the Friday and running through to the Tuesday. On the Monday morning, a special tour was held for disabled and disadvantaged local groups who could enjoy the fair for free. Let’s take a look at some of the highlights during the daytime…

Infinity first made its debut on the German circuit a few years back. Furthermore, it’s been admired by theme park and funfair enthusiasts all over the world due to its insanity. The stats don’t lie here- because Infinity will swing you upside down at a height of 65m over ground level.

Ghost Rider- one of only 3 in the world

There’s only 3 of these ‘Huss Booster’ style rides in the world. Two of them now operate around Germany and are themed up identical- as ‘Ghost Rider. However, did you know that one of them used to be at Linnnamäki theme park in Finland? Additionally, this ride will send you spinning round and hurtling upside down- until you don’t know which way is up! If you want to see Ghost Rider, it will be at Köln Volksfest from the 28.10-06.11!

Night time is when funfairs truly come alive. Furthermore, the night time atmosphere at Pützchens Markt was like no other. On the Friday and Saturday night, the fair was even open until early hours of the morning (2-3am!). That’s not something that you come across often around the world!

Pützchens Markt actually hosted four travelling rollercoasters this autumn. It was actually supposed to host 5, however an unfortunate incident with the powered coaster ‘Feuer & Eis’ meant it had to cancel last minute. Nonetheless, there were other coasters to enjoy- including two caterpillars, a traditional Wilde Maus and the main coaster- ‘Alpen Coaster’. The Alpen Coaster is a Schwarzkopf Wildcat and is identical to a few others travelling around Germany but with a different theme. It reaches a total height of 13.5m and is 460.0m long. The ride price here was 7euros a go.

The fairground was also filled with games including traditional funfair games such as the grabber and also multi-player games such as the Kentucky derby. The Kentucky Derby involves rolling balls into holes in order to get your camel across to the other side first- and it’s always played super competitively here!

Of course, if you’re a massive thrill ride fan- like I am- you will love a German funfair scene. At the Pützchens Markt, there were some really insane rides. One of the most insane ones I saw had to be the nightstyle- which sends you hurtling around and flipping upside down at top speeds. Additionally, the voodoo jumper & nessy attractions were my personal favourites. Would you dare to ride any of these thrill rides?

Until next year Pützchens Markt!

The Pützchens Markt is now over for the year but it will come back next September in all its glory. In the meantime, I’ll be heading to some other funfairs and many more theme parks too. I hope you found this article useful in helping you to plan some travels if you’re keen on heading to Phantasialand or the Pützchens Markt in Bonn. We’ve got so many more exciting things coming up in the next few weeks and months and can’t wait to share them with you! As always, if you have any questions about any of our trips- feel free to ask