The transition from Vortex to Patriot at California’s Great America has continued. Although upon a first glance it may appear that progress had slowed, many slightly more subtle yet very important changes have taken place. Below we’ll outline the continued progress of Patriot, please enjoy the following update.

As previously mentioned, Patriot looks unchanged upon first glance. It sure does look gorgeous though. 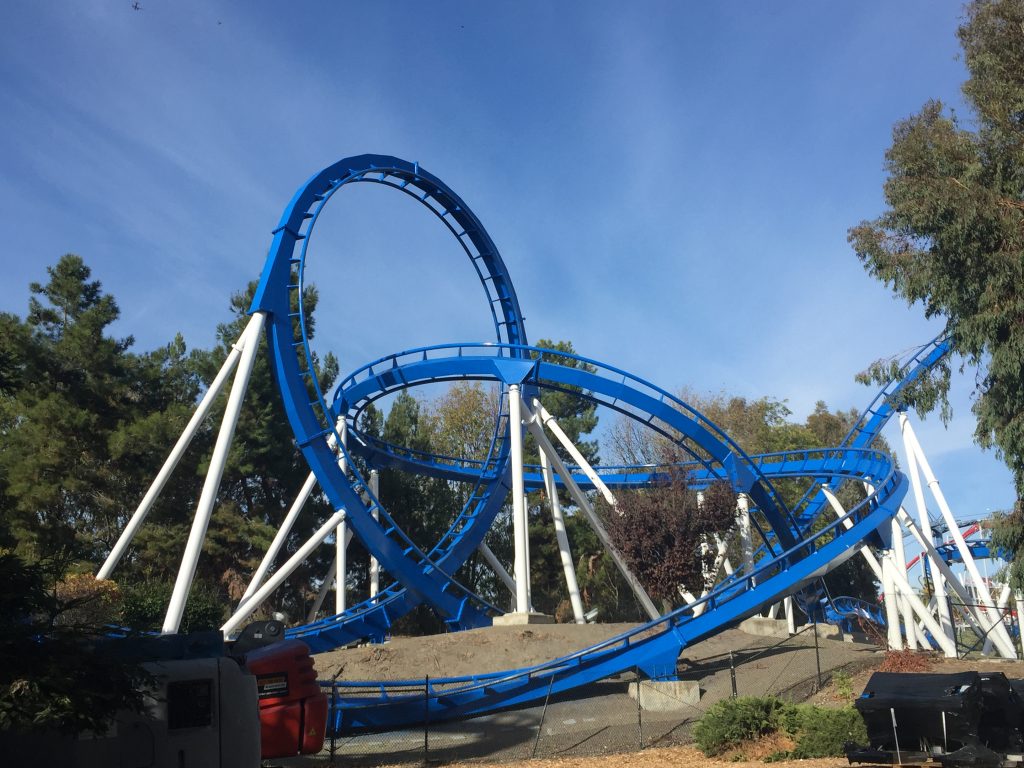 The new for 2017 sign remains covering the entrance. It’s worth noting no work has been done to the queue as of now. 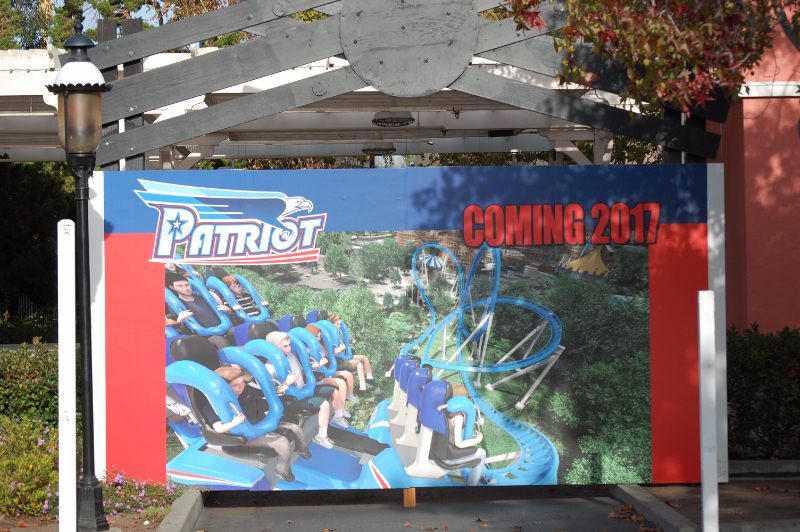 There is still the occasional spot that has only had the primer applied, and has not yet received the final coat of paint, such as here on the large turnaround. 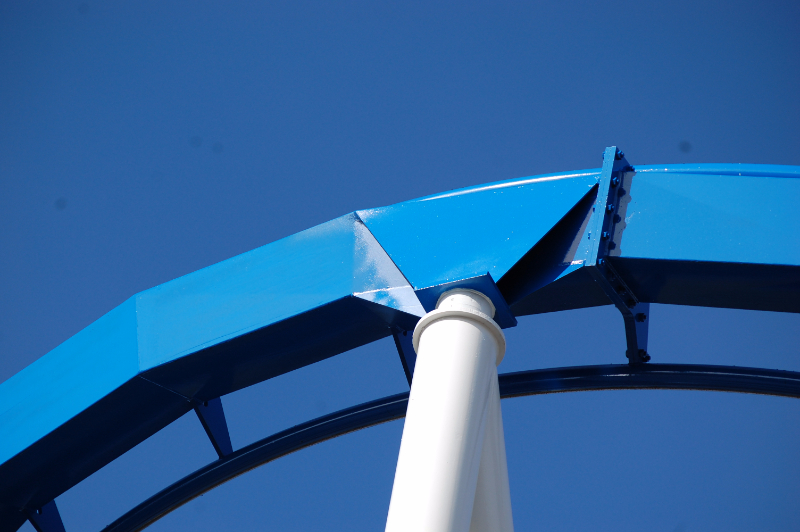 It also appears that the rails will remain unpainted, as the fresh paint can cause unwanted friction, and they would be quickly worn away again regardless. 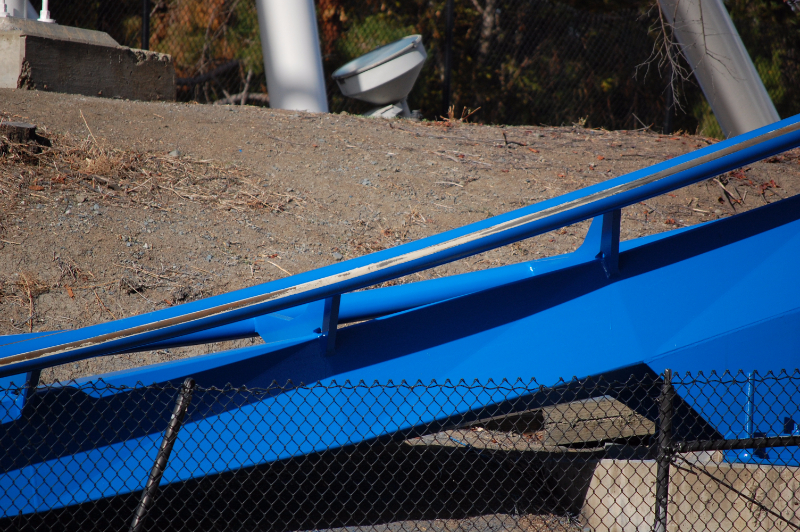 The covering on the support connectors have been taken off throughout the entire ride, as the paint has now completely dried. 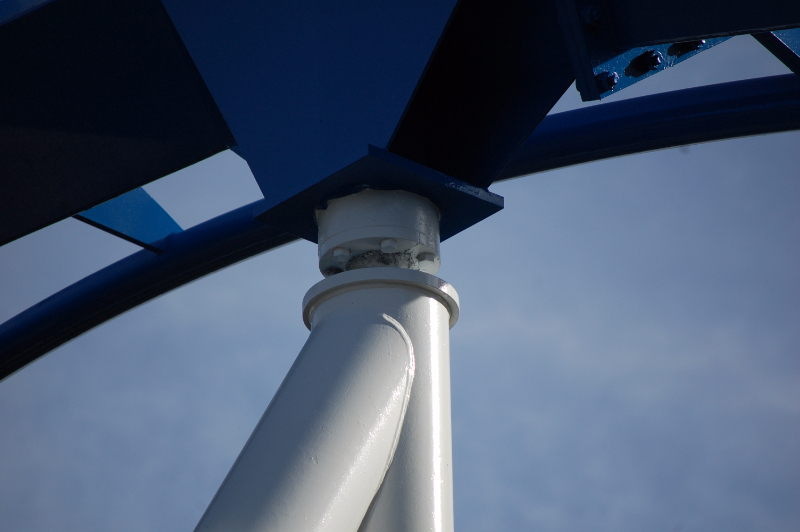 The primer spots on the corkscrew have now been painted, leaving it looking like this. 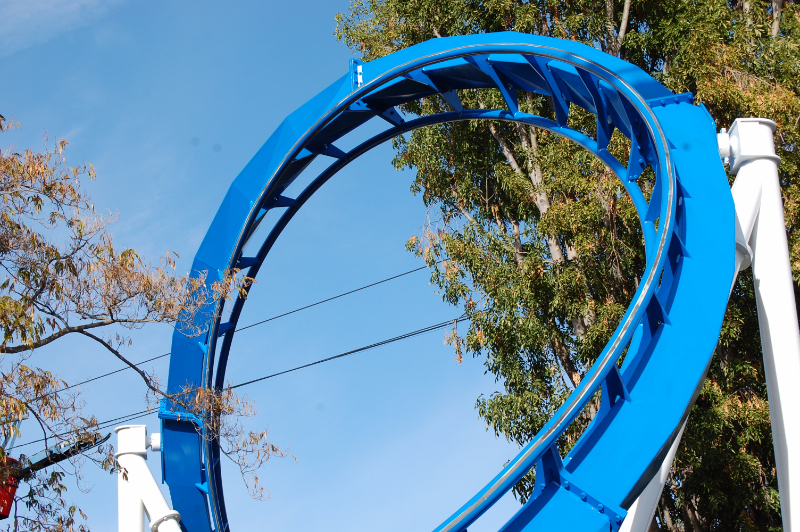 The large tarp that was covering the pullout of the corkscrew has also been removed as that has dried also. This must have happened recently as someone actually left the gate open. 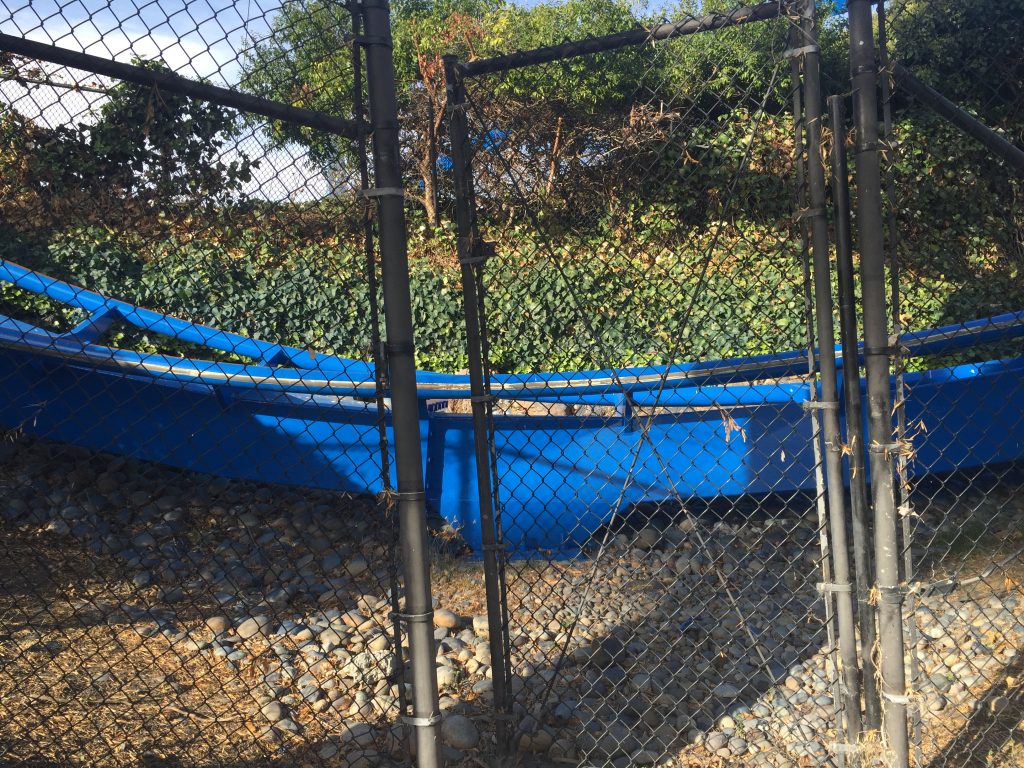 It appears the lift stairs have been painted a fresh grey as they look much less dirty. 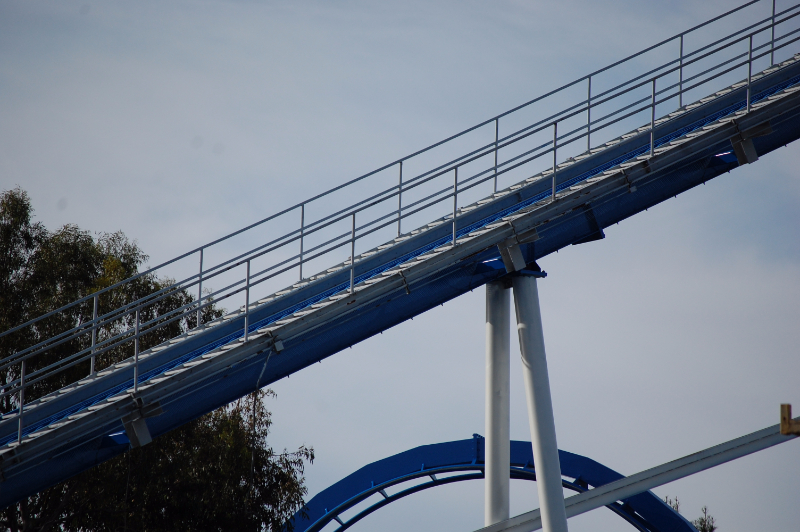 The most obvious change since our last update is that the brake-run and transfer track have both been freshly painted with the new blue and white colors. 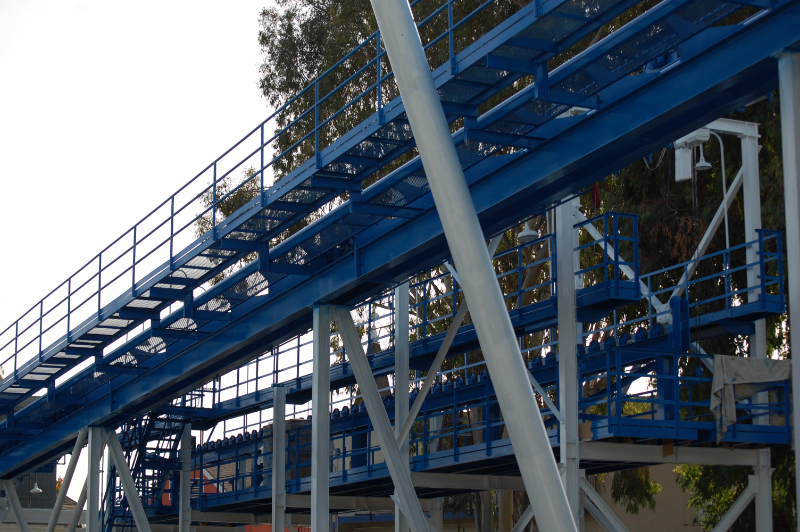 The station has had minimal work done. Essentially, a few pieces of plywood have been put in place and some construction tape has been put around it. 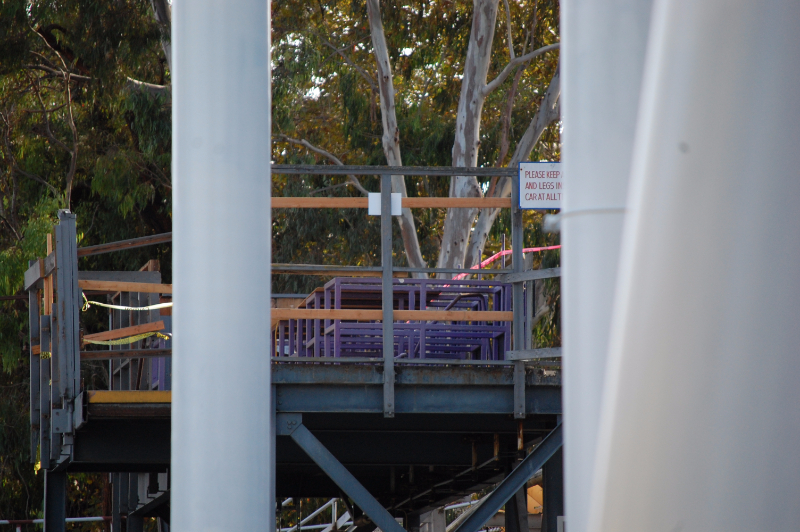 The station track however should be getting some major work soon. It appears that some new drive wheels are on site, most likely for the station, which also means the floor dropping mechanism is not far behind. 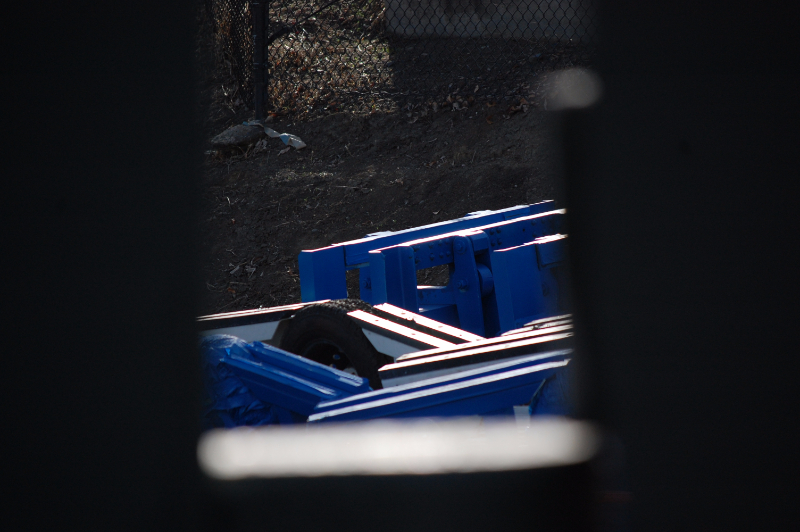 Lastly, we’ll just finish off this update with a late afternoon shot of this very pretty ride. 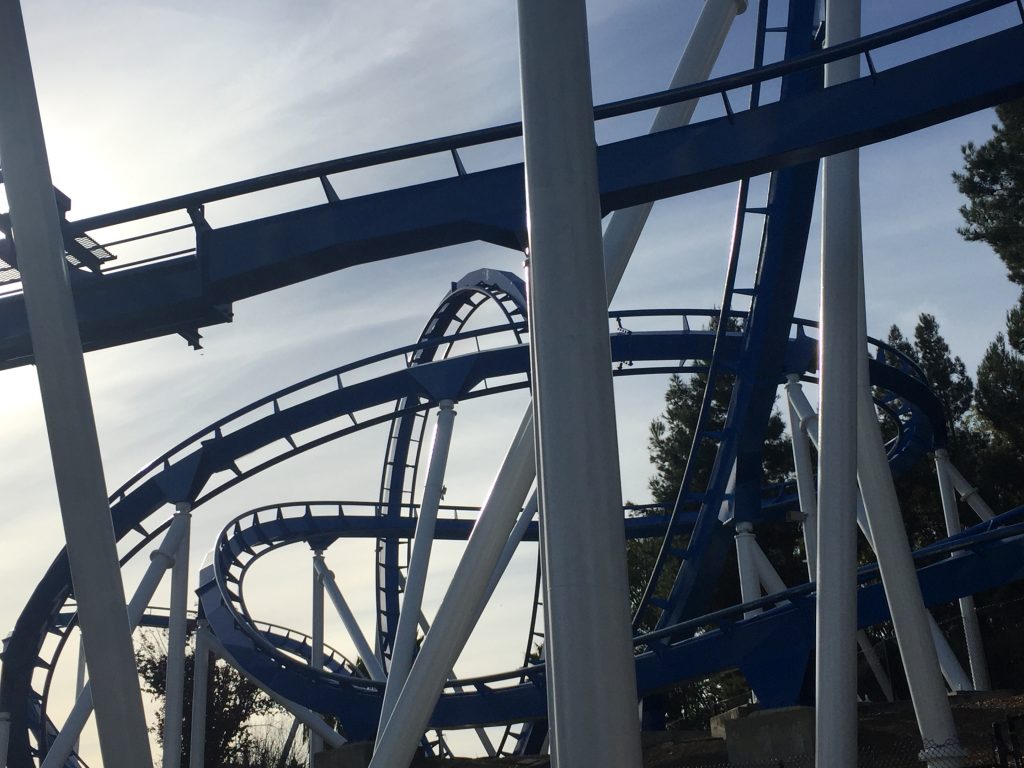 That’s all for this update thanks for reading, we’ll be back to check up on Patriot again soon. Make sure to check out our most recent Knot’s Berry Farm update here, as well as the latest entry in our annual Top 50 here. Let us know your thoughts on the Patriot project below!