Alexander: Another day, another visit to Mall of America while on call for work.

Let’s check in on Nickelodeon Universe, shall we? 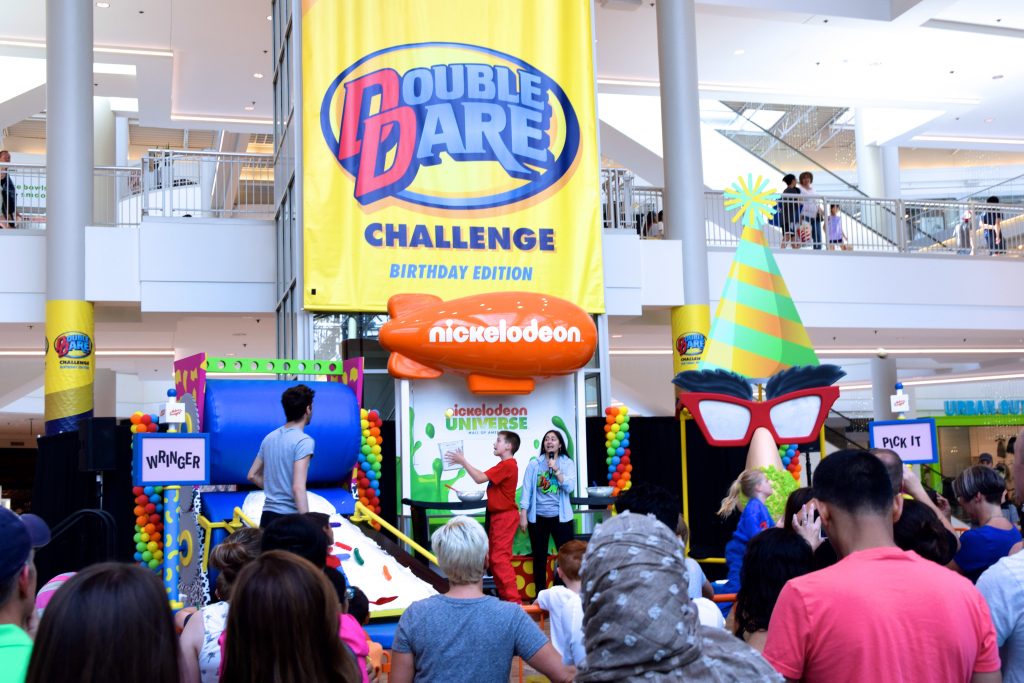 Something really gaining steam at Nickelodeon Universe is their live Double Dare shows, which take place daily at 1 & 4. 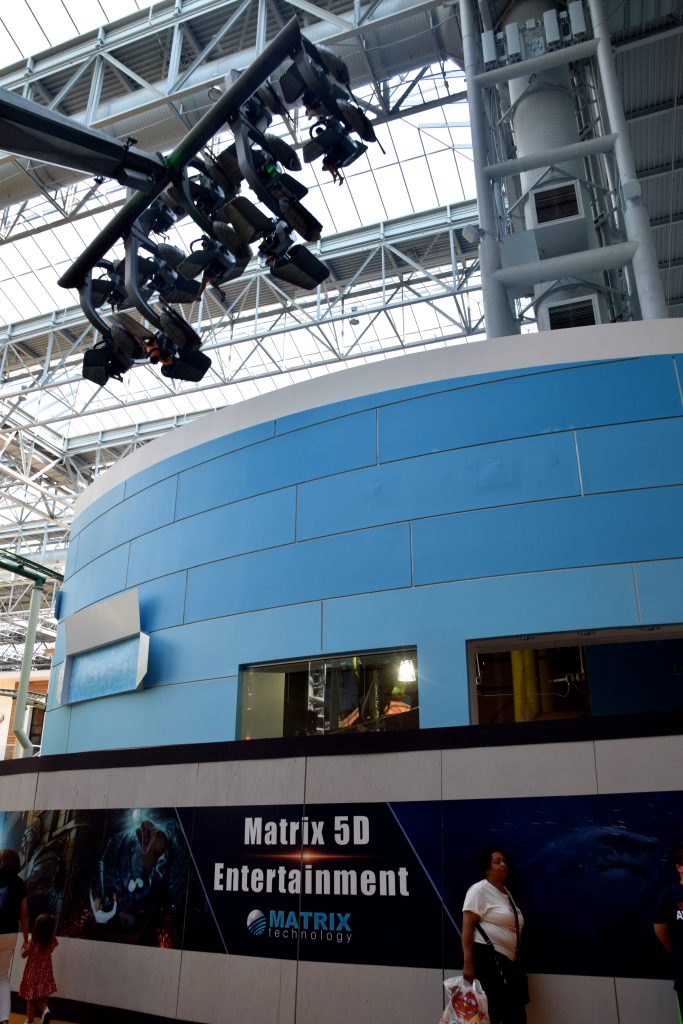 Guests watching Double Dare may hear the occasional chatter of power equipment from the 5D attraction under construction next door (and progressing nicely toward a fall (?) opening). 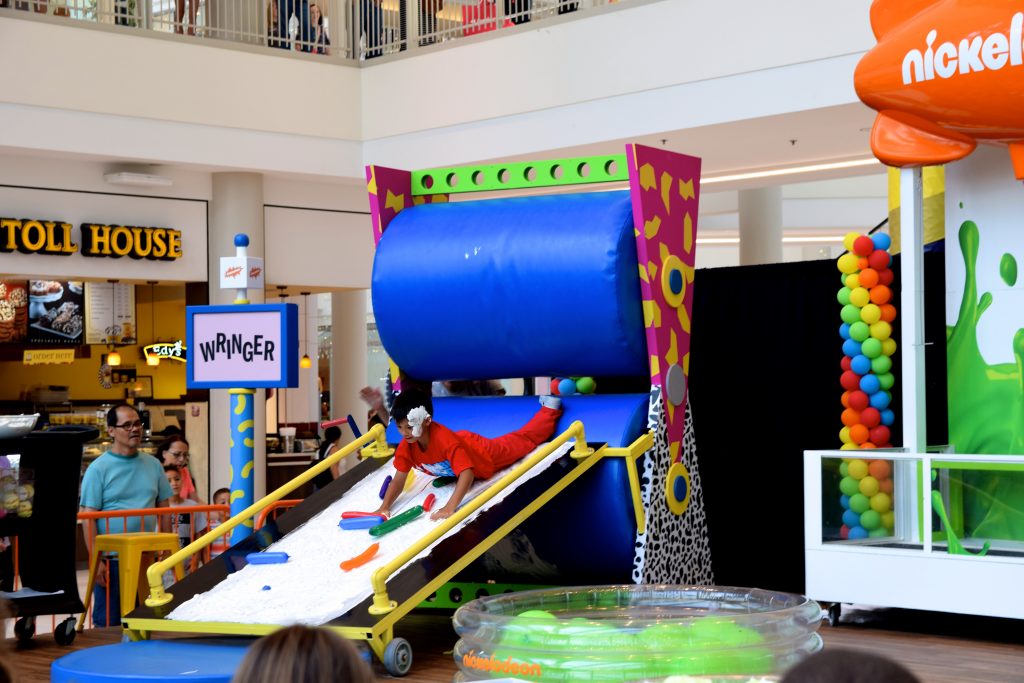 Double Dare is actually back on the air with new episodes hosted by Mark Summers (!). It gives me such joy. 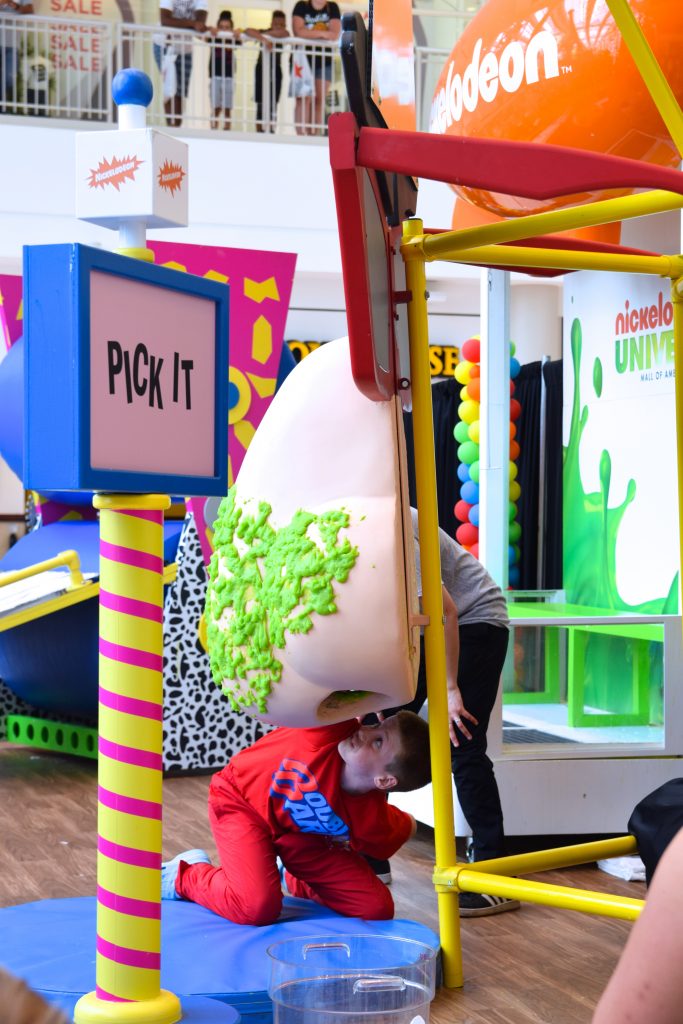 A whole new generation getting riled up about performing ‘Physical Challenges” featuring comically oversized noses for picking, whipped creme slides, and lots and lots of slime. 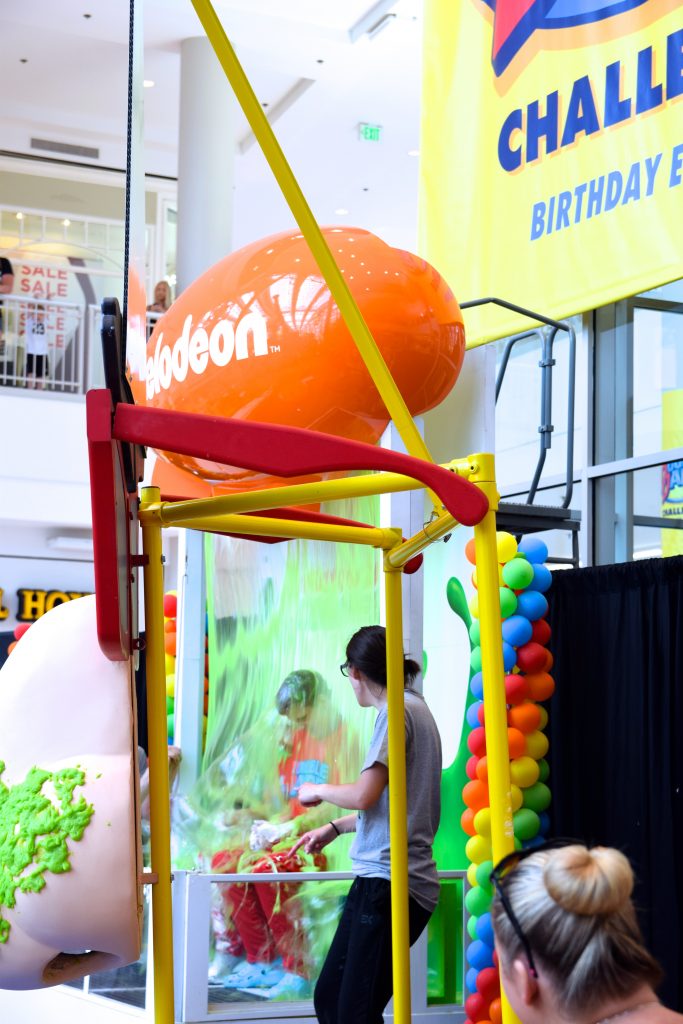 The whole energy around it brings me right back to my time in Nickelodeon Splat City Paramount’s Great America. Back then, Woodstock Express was still The Green Slime Mine Cart Coaster (yes, I’m actually that old). 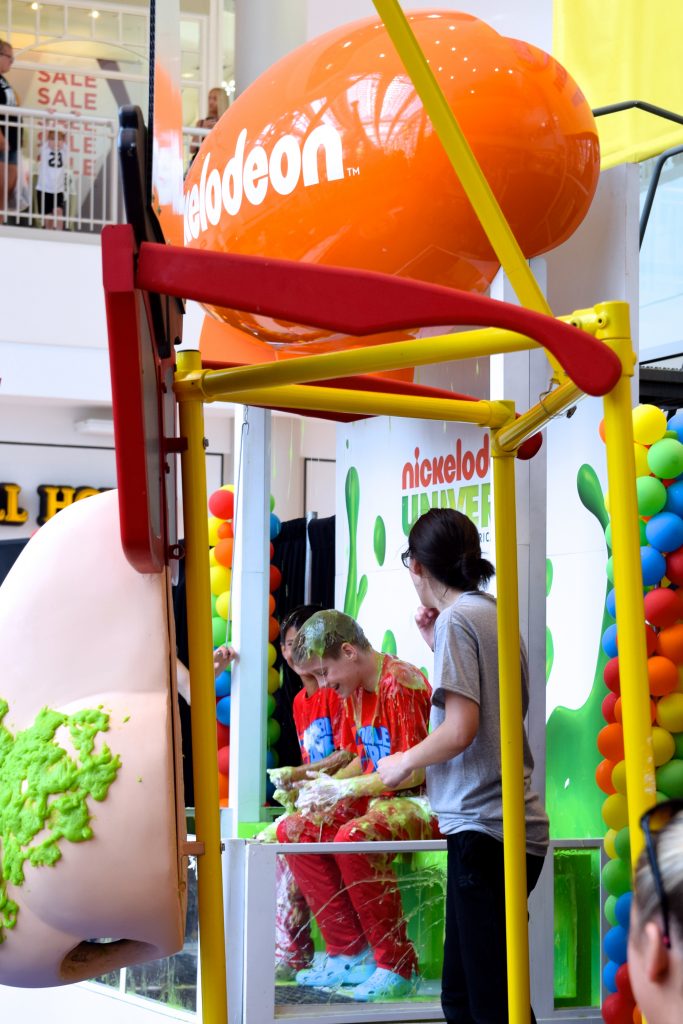 These kids were having a blast. Unbridled enthusiasm for their participation in Double Dare makes my heart smile. 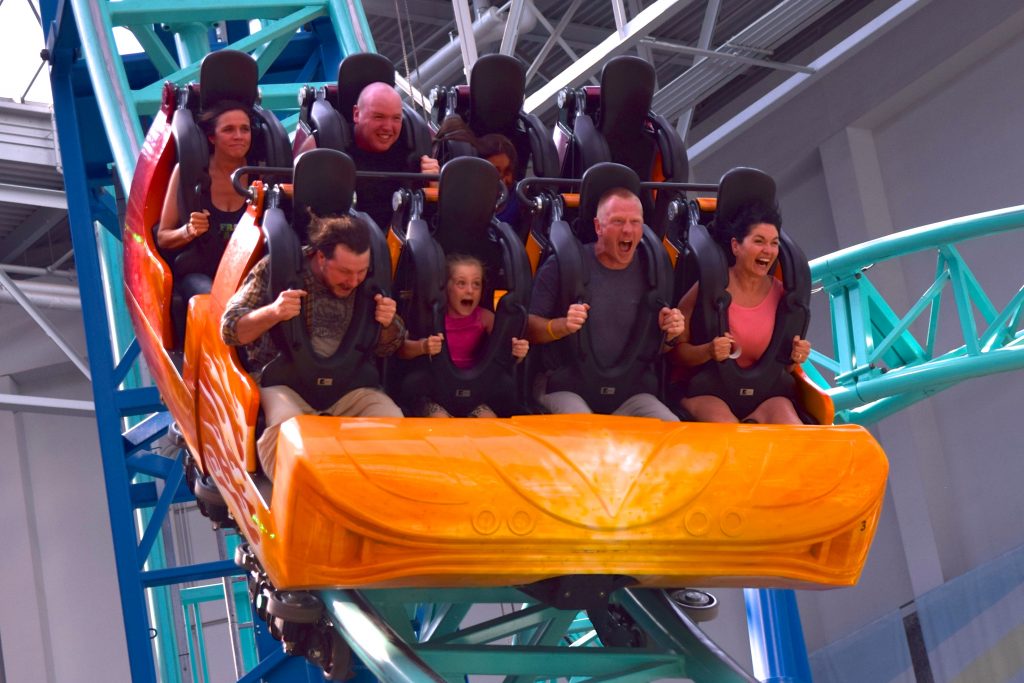 Elsewhere, folks are getting their entire lives on Spongebob SquarePants: Rock Bottom Plunge. 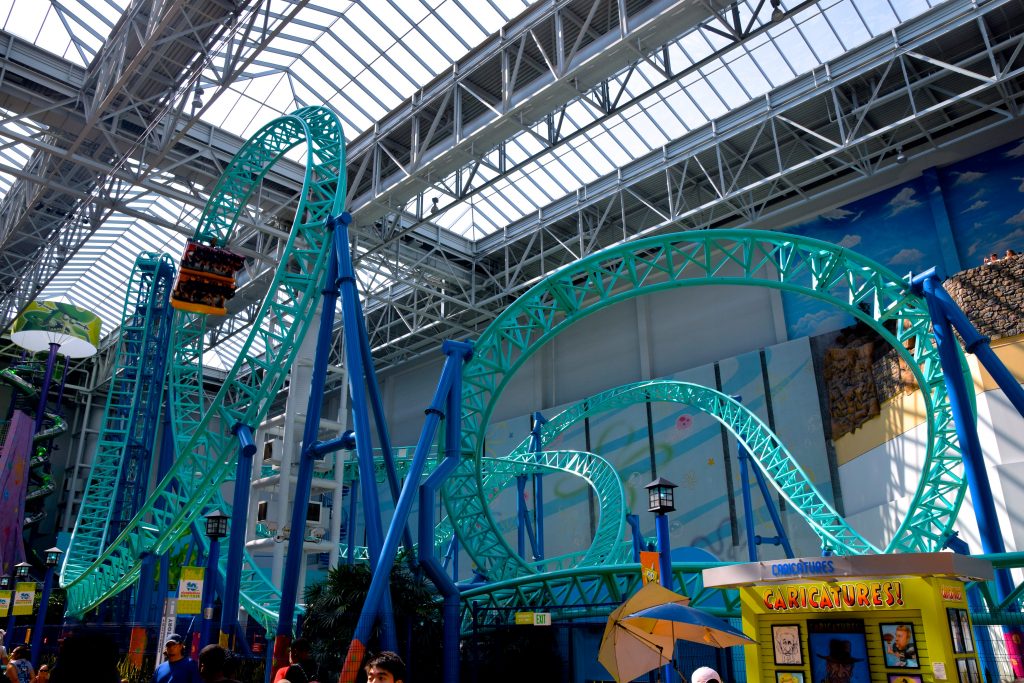 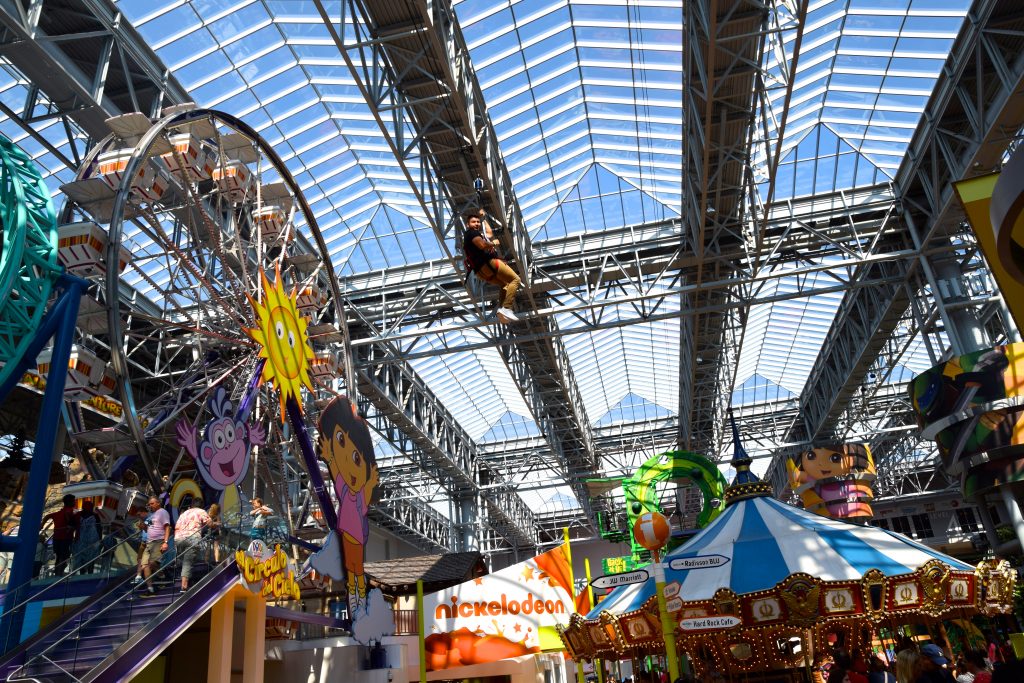 In Minnesota, folks are inclined to enjoy as much time outside as possible in the summer. Currently, however, oppressive heat well into the 100s has routed masses to the more comfortable Mall of America. 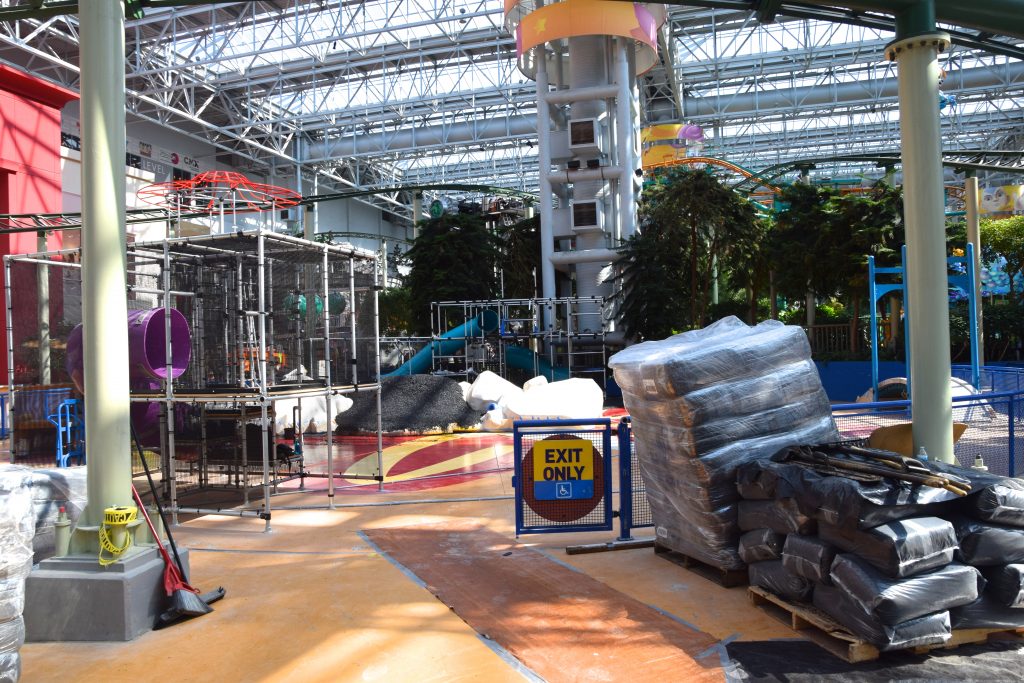 Paw Patrol Adventure Bay is shaping up nicely. I’d expect it to be read in time for August. 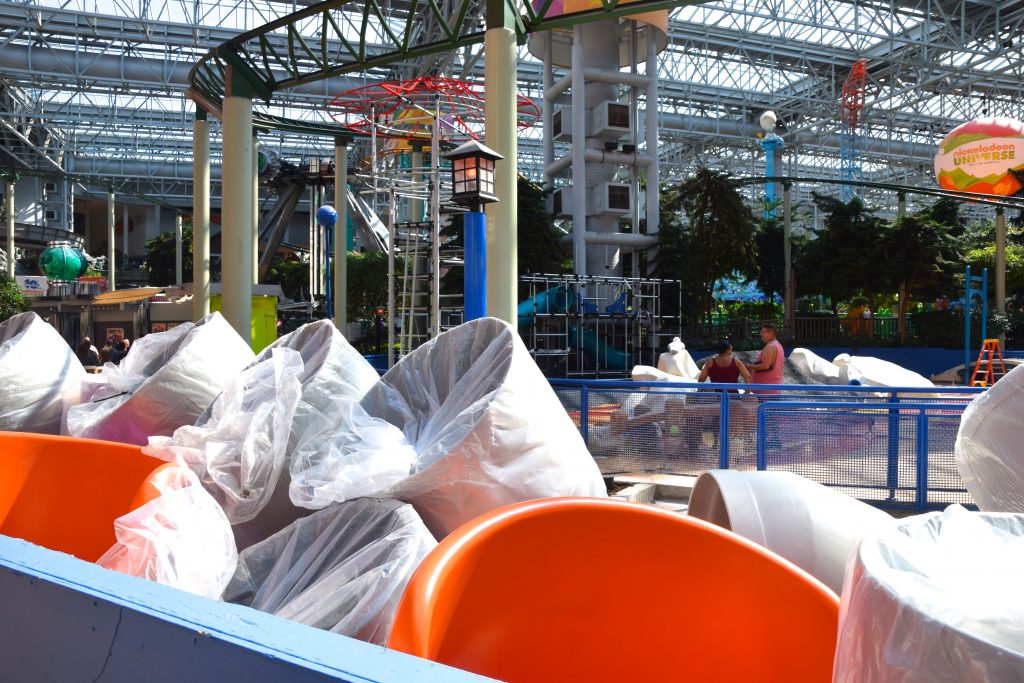 Can’t wait to see the cuteness come to life! 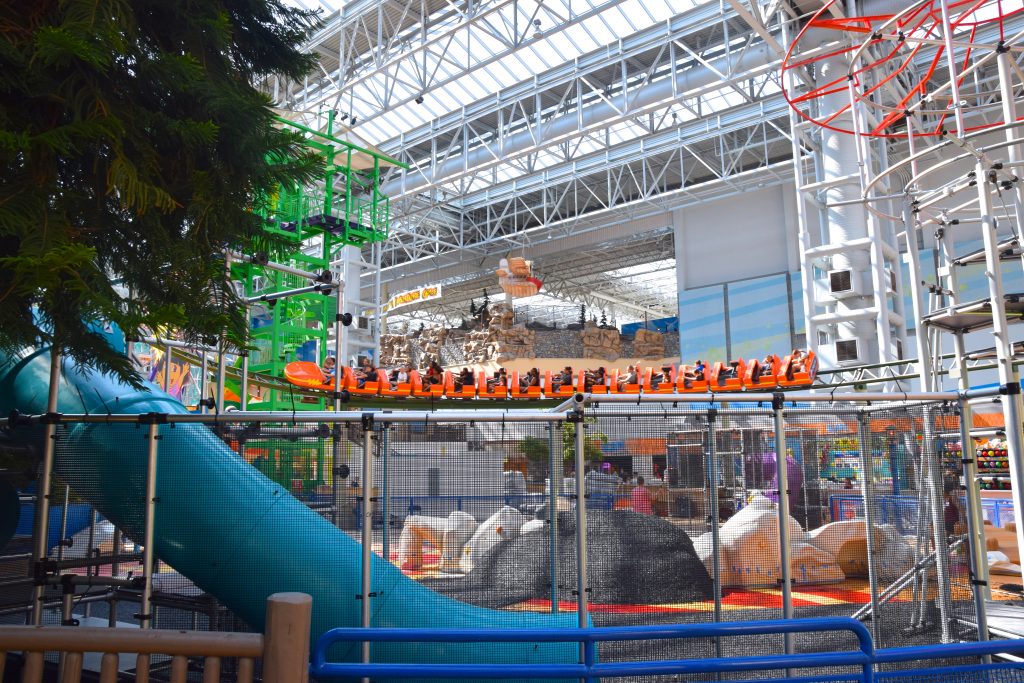 A bird’s eye view of Adventure Bay can be enjoyed from aboard Orange Streak. 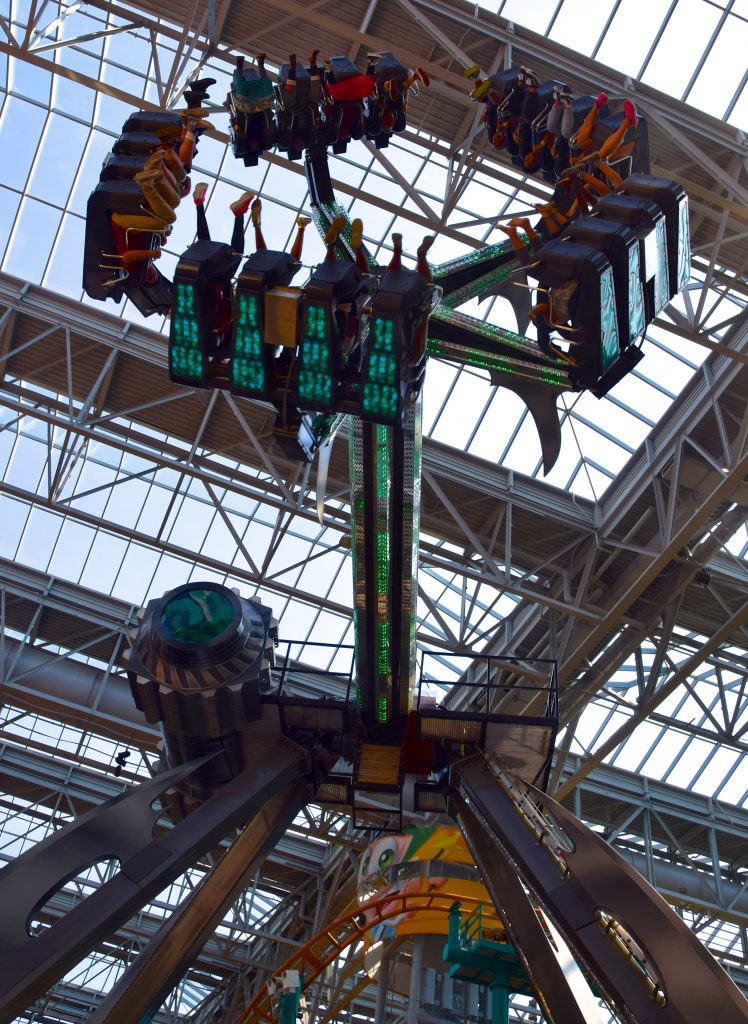 And from Mutant Masher (albeit up-side-down). 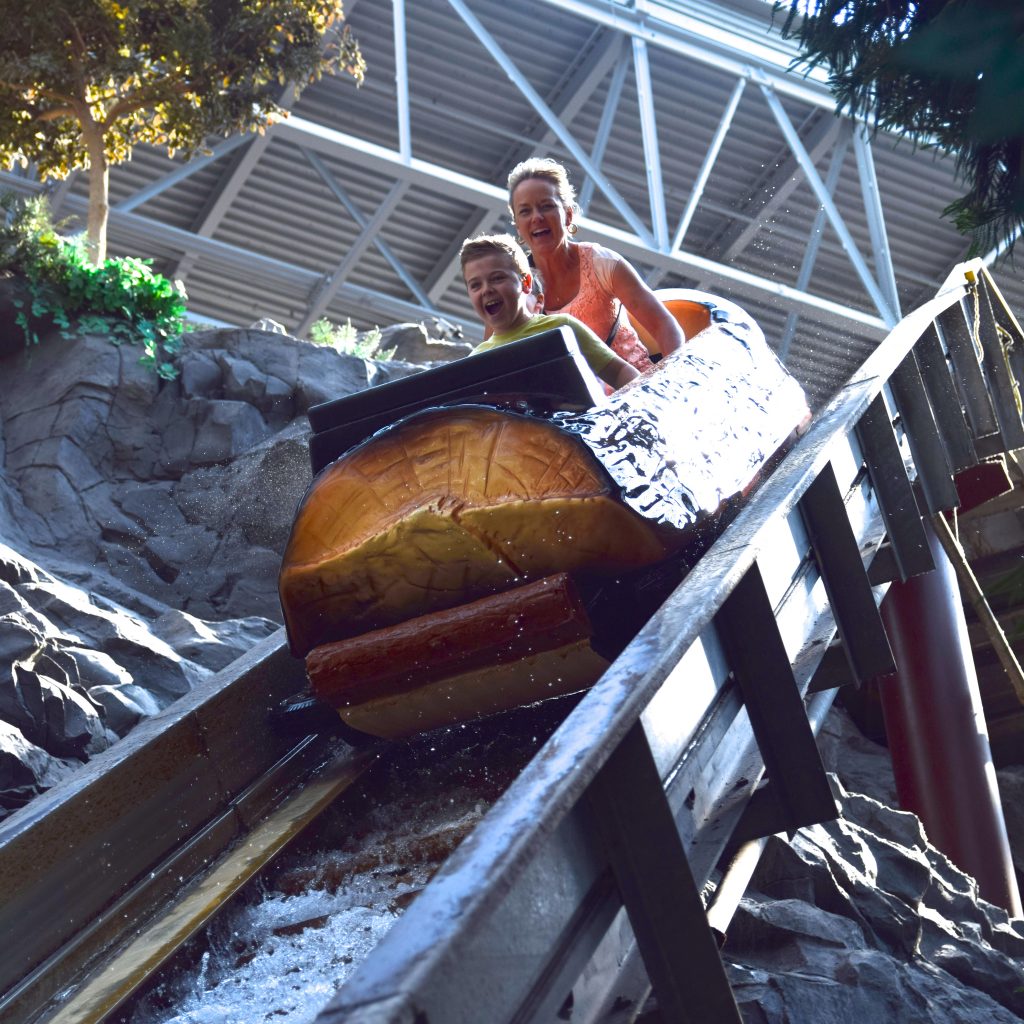 Paul Bunyan’s Log Chute remains the top attraction, even with mall temps a good 30º cooler than outside. 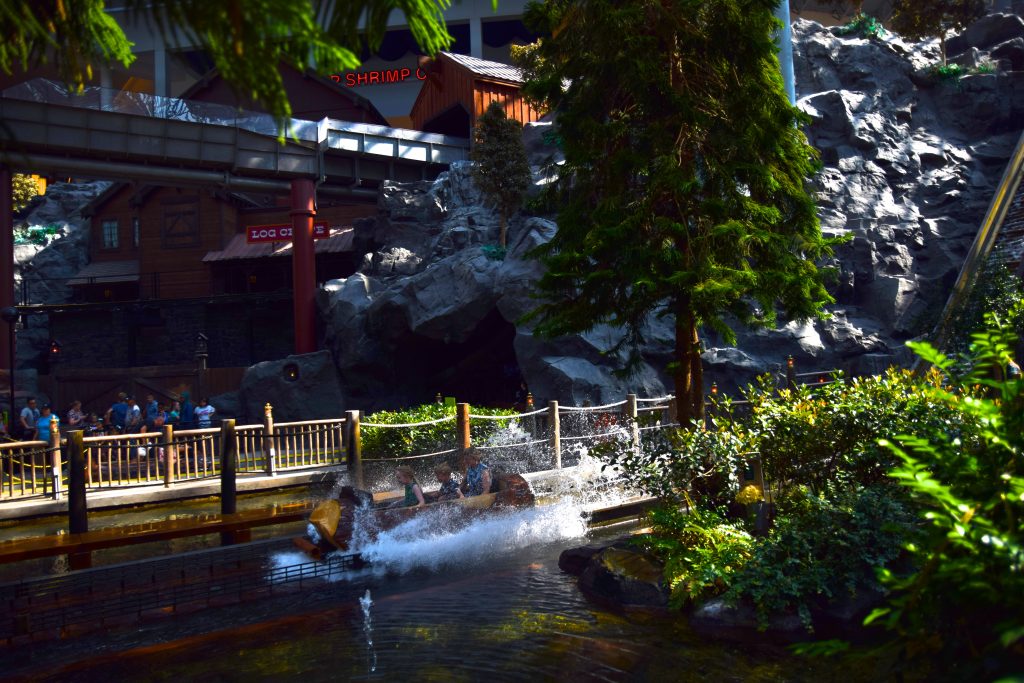 Who can resist such an exquisitely executed flume? 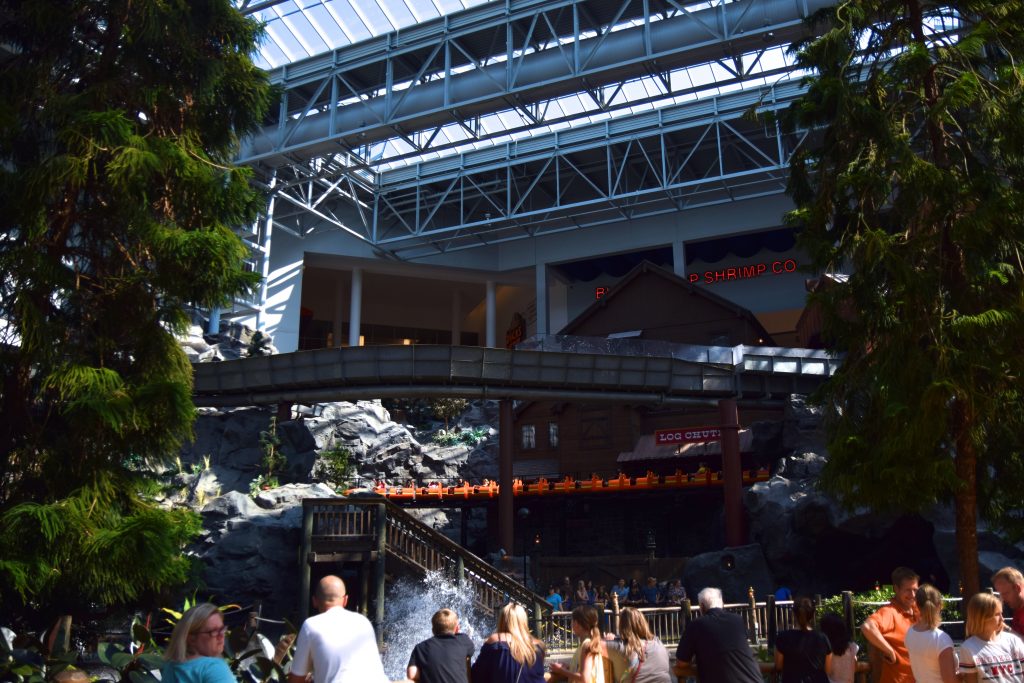 If you want to stay dry, treat yourself to a snippet of Paul Bunyan’s world from Orange Streak (right before your flight over Adventure Bay). 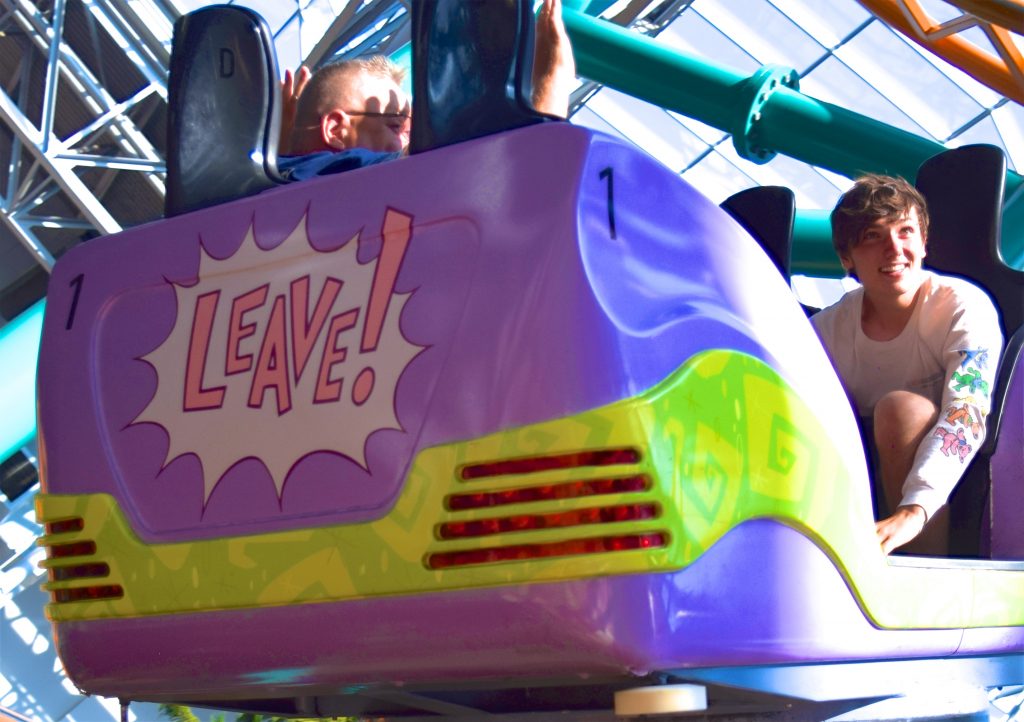 Fairly Odd Coaster churns out a couple cars a minute on these packed summer days. 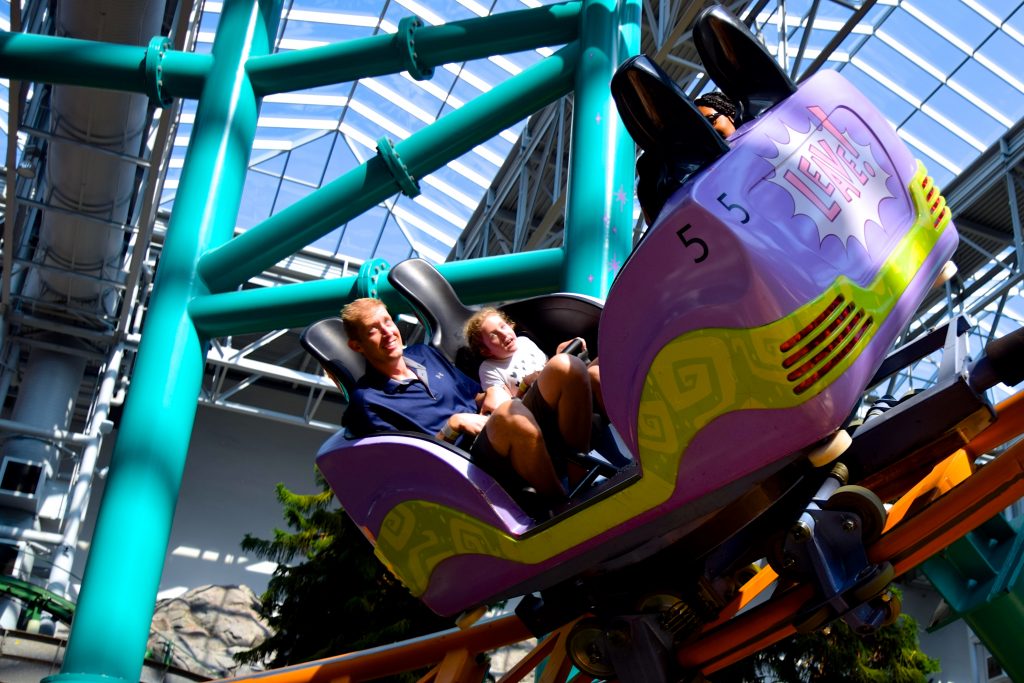 “Please keep your hands and arms inside the ride at all times, lest it be lopped off by the mall’s obtrusive superstructure.”

It’s really a good looking ride, and a testament to Gerstlauer’s flexibility. It’s easy to forget that the oft-cloned spinner was wedged like a puzzle piece into its first home here in MOA. 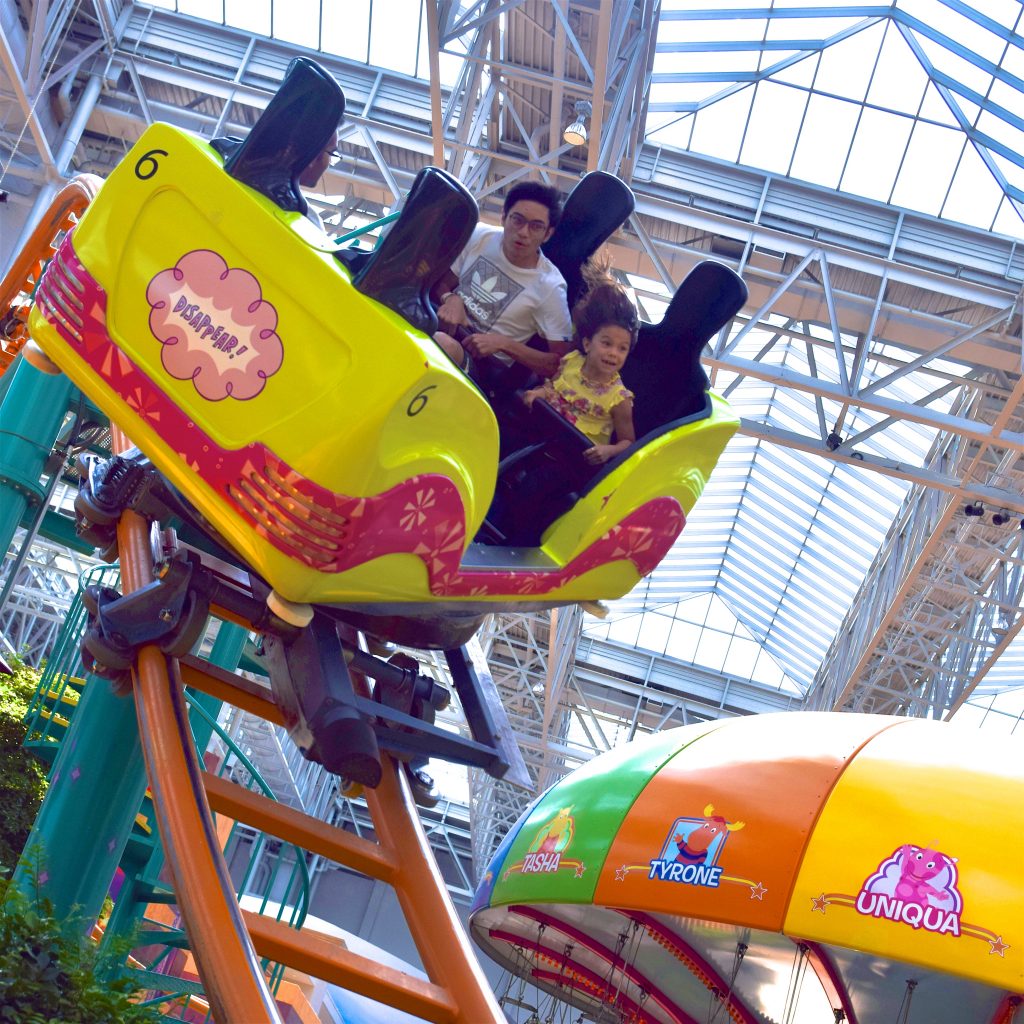 I sometimes dream about riding this with Gerstlauer’s standard mouse cars. Never was much for spinning, although these are still not without their charms. 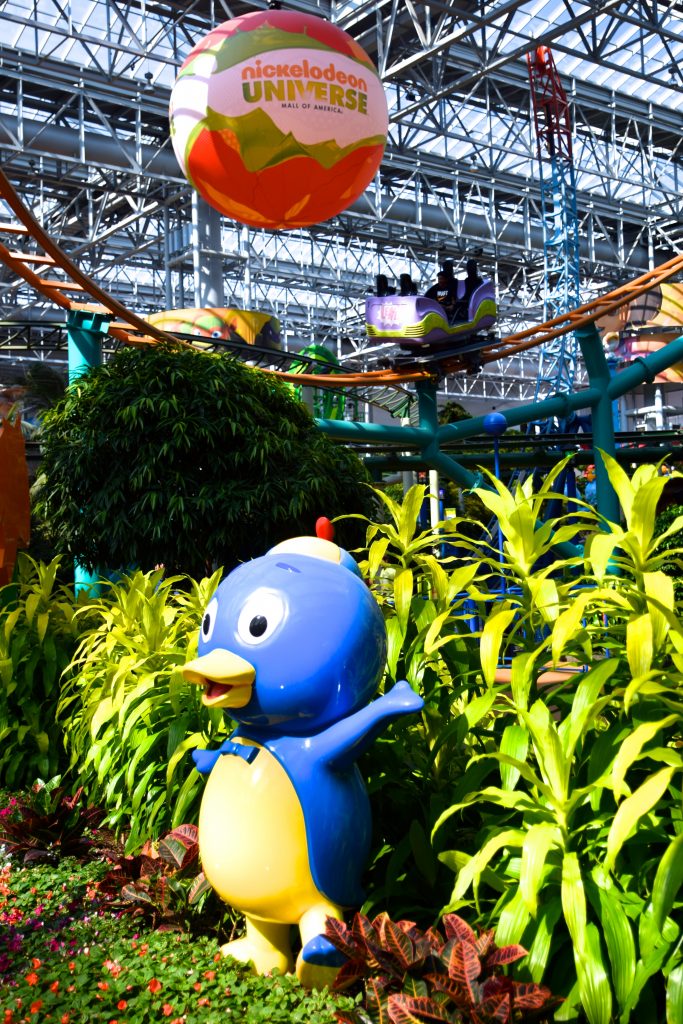 Pablo says “Welcome all! Who can guess how many years my show has been out of production?”

Speaking of which, SpongeBob did finally conclude its run this year, but 20 years as about as good as it gets for animated kid’s show (unless you’re, y’know, Arthur). 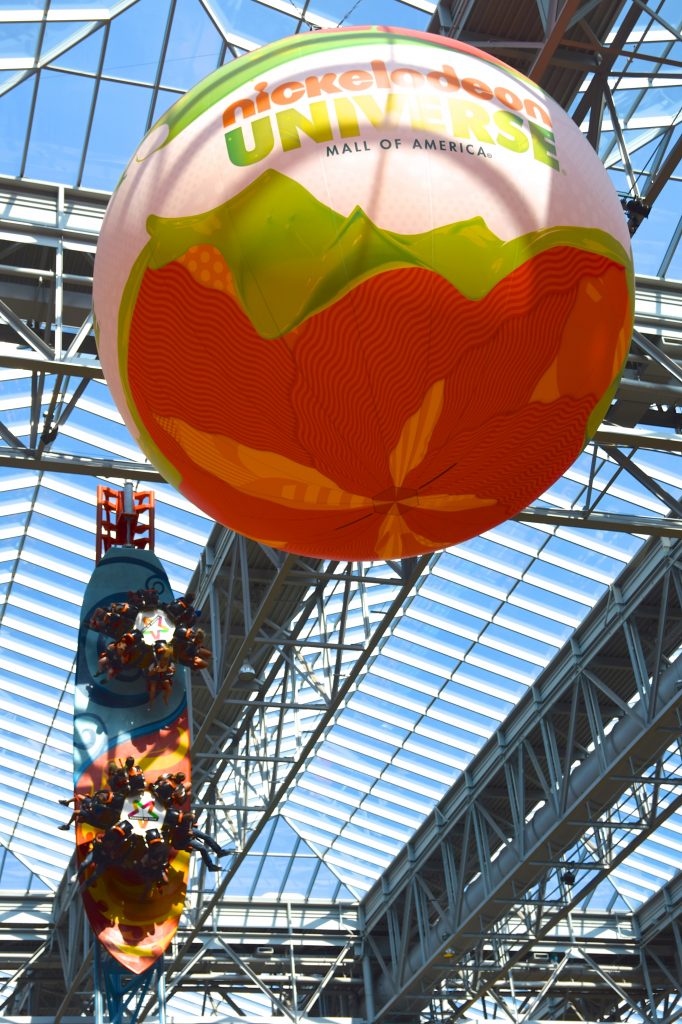 I think all of the biggest rides here have timeless themes. SpongeBob, Fairly Odd Parents, Avatar, and Ninja Turtles will probably never not be relevant. 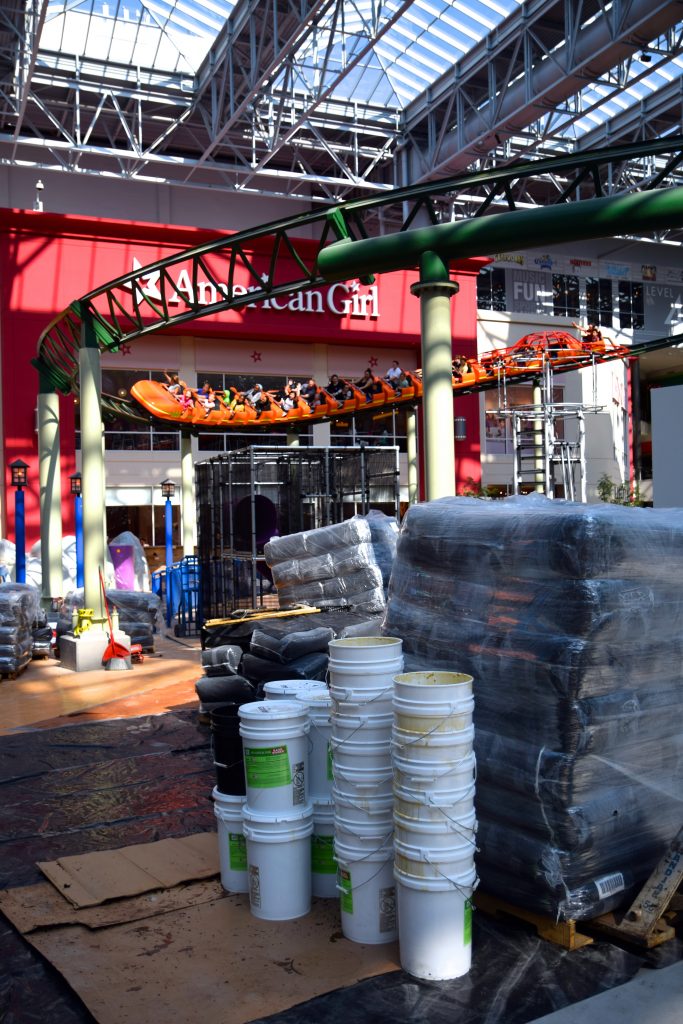 Will Paw Patrol be the next Dora The Explorer? So far, so good. Time will tell. 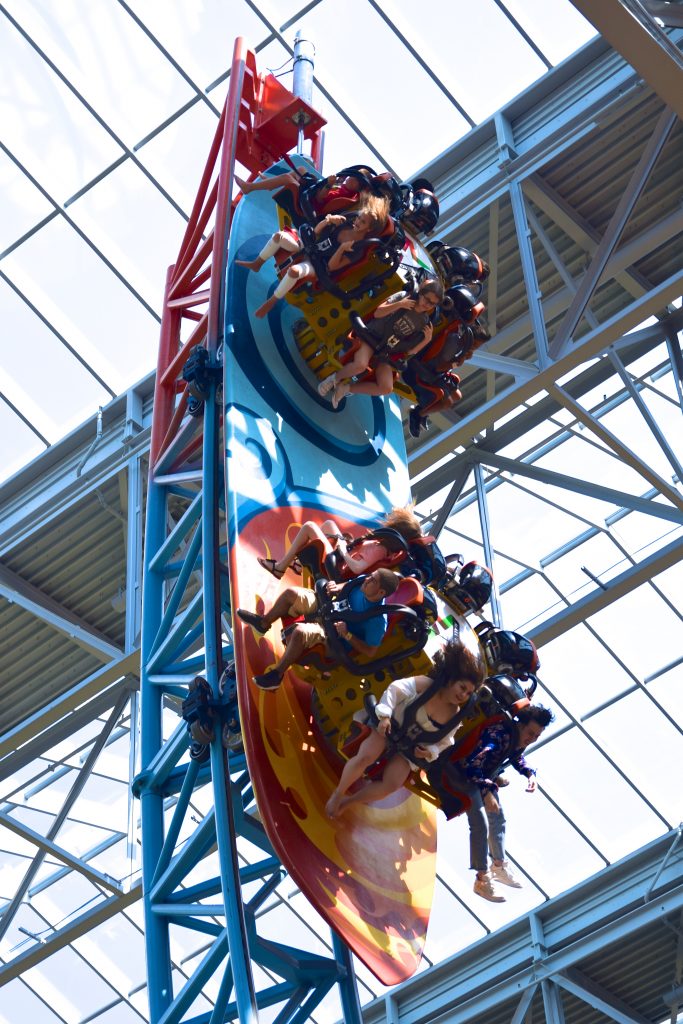 I wonder if Intamin imagined having a level of success with these Half Pipes along the lines of what the Larson Loops have enjoyed. Could you imagine? If every Larson Loop was instead a Half Pipe? If only… 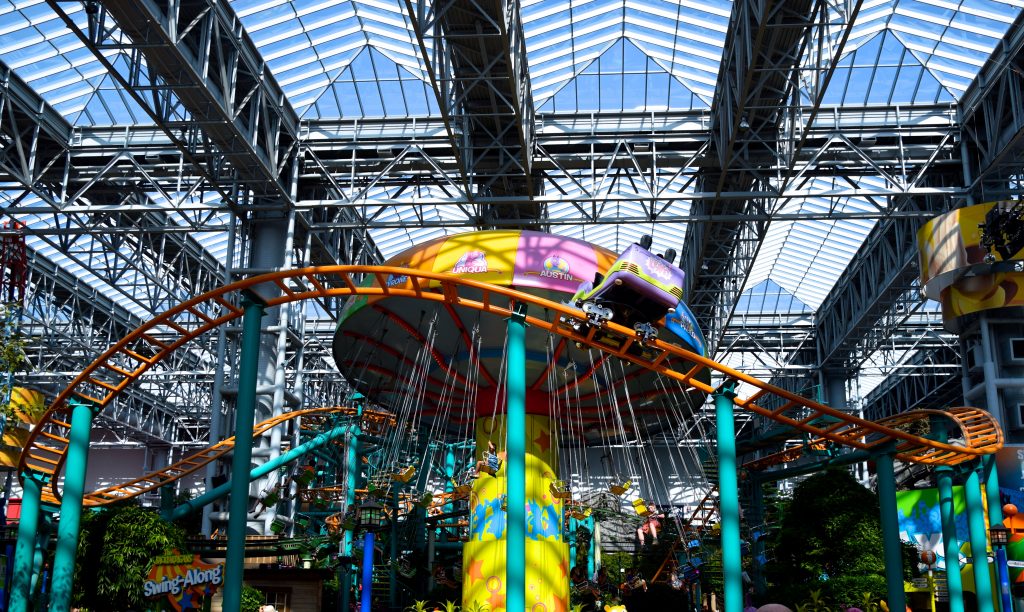 That wraps our Nickelodeon Universe update! We’ll be back again when Paw Patrol Adventure Bay is complete! For now check out our brand new Six Flags Magic Mountain update!