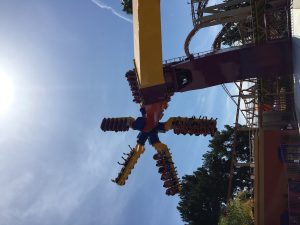 Sean/McLaren: Knott’s Berry Farm officially opened Sol Spin on April 21st after several weeks of construction and testing, and of course we were there to check it out! The park’s newest ride is located on the lot where WindSeeker used to reside and offers guests a totally unique experience in the Californian theme park world. Let’s take a look at Sol Spin and what our experience of the new thrill ride was like!

This rare European flat ride from the Dutch ride manufacturer Mondial was announced on November 6th, 2016 and is now thrilling guests as it whirls them through the air between the park’s various coasters, merely five and a half months later. It would seem that Mondial is getting a little redemption with the installation of Sol Spin as their previous installment, which was the 300′ tall WindSeeker didn’t go quite as planned. Cedar Fair decided to remove and relocate WindSeeker after unforeseeable downtime caused by the state’s inspections and repeated failure of approval to operate the giant swing ride. 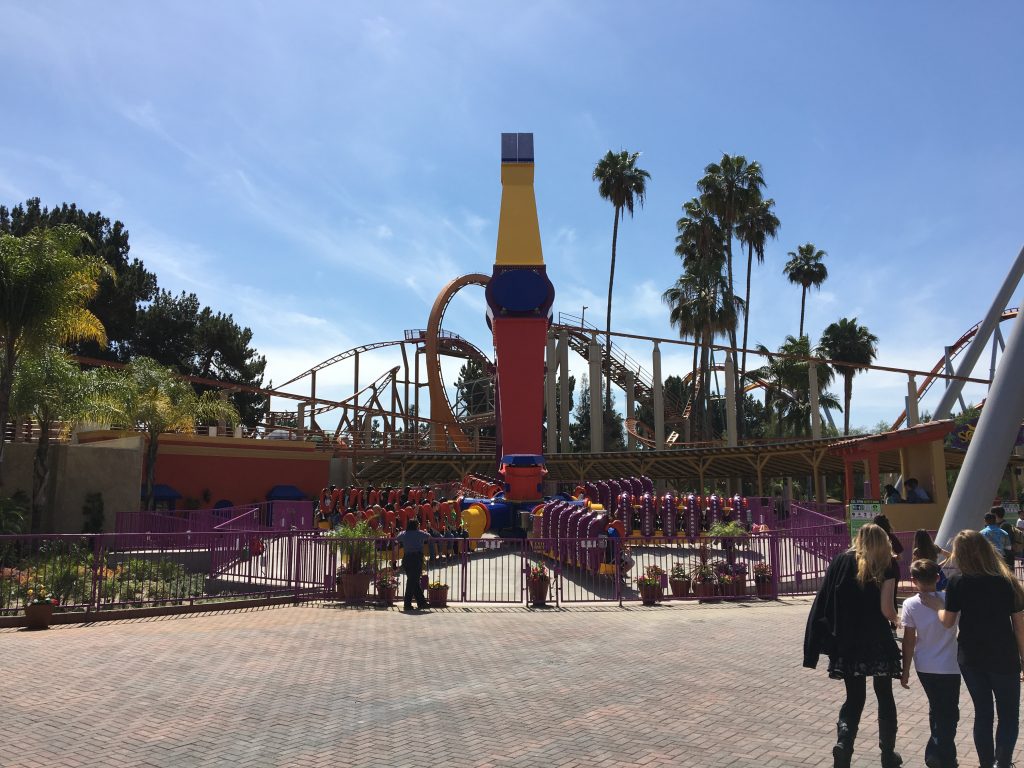 Sol Spin is the only model of its type because it’s custom designed to screw into the old foundation that once was for the central tower of WindSeeker, as well as the fact that the arms hold more passengers than the original Top Scan rides. 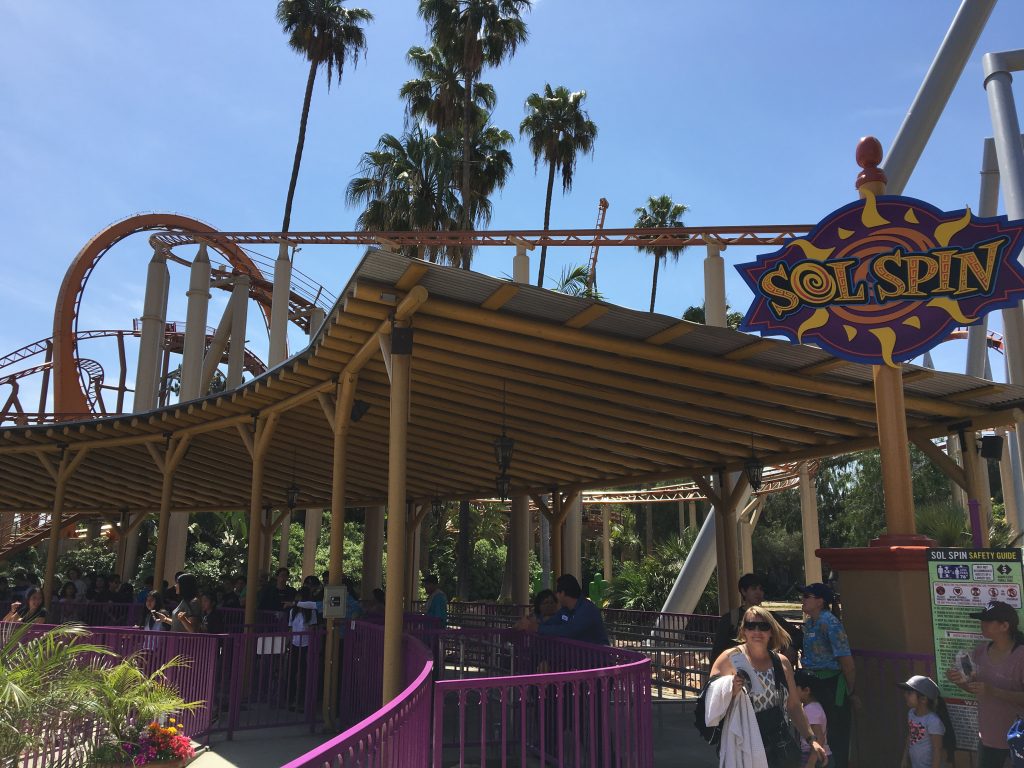 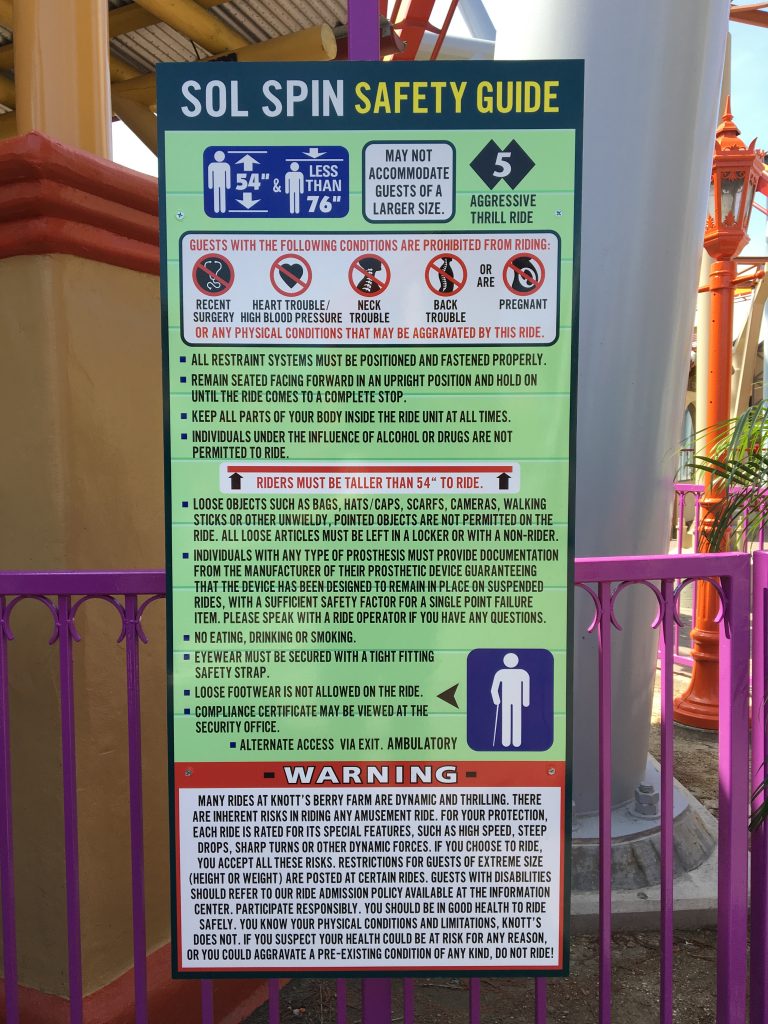 Typically on these rides, they pivot at the base of the central tower by use of two massive hydraulics on the underside in order to raise the gondolas for the ride cycle as seen below 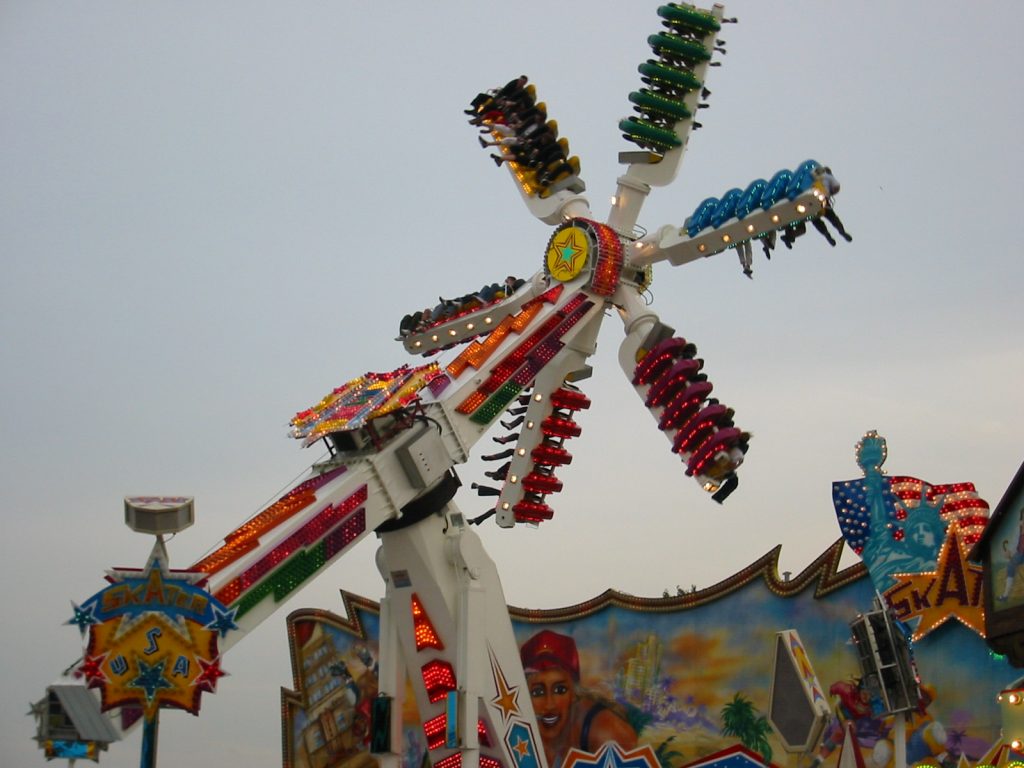 On this model, however, Mondial changed two characteristics: 1. They moved the pivot point to the top of the tower because of the unique nature of this ride’s previously-used foundation. Sol Spin is actually raised and lowered by the use of reverse hydraulics, meaning that they recede to raise the ride and extend to lower it back down again. 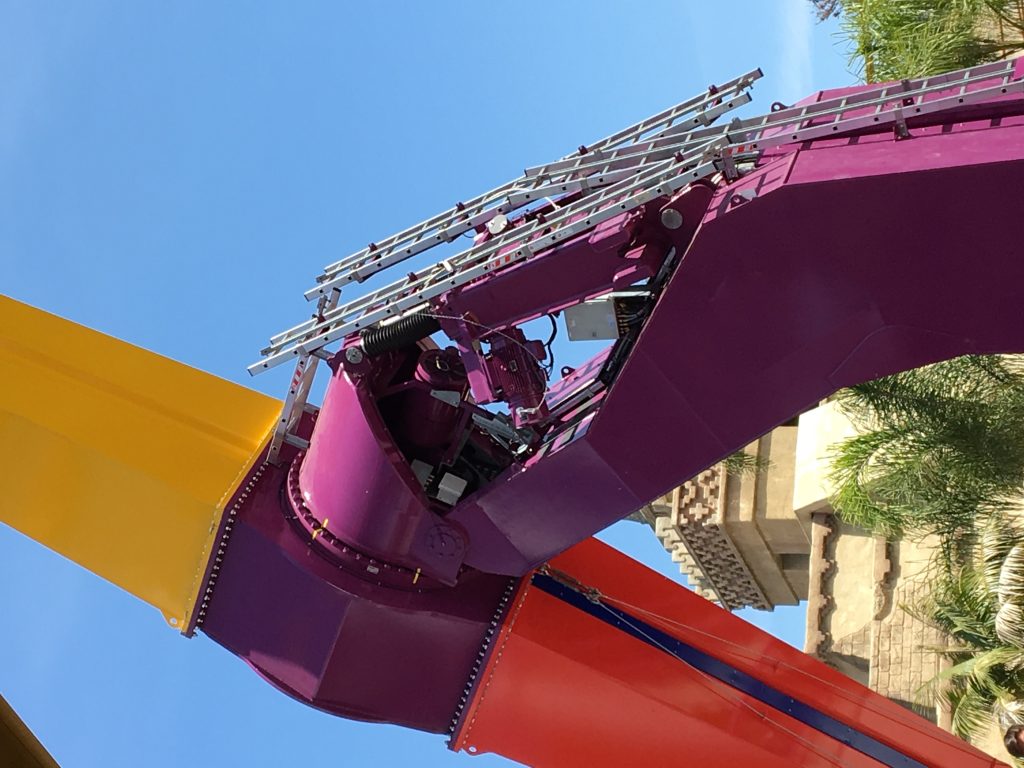 2. If you look closely at most Mondial Top Scans, each of the six arms is only capable of seating five people, whereas this model is able to seat six per arm, meaning Sol Spin can handle up to a whopping thirty-six people all at once. Good call on Knott’s part as far as capacity goes! 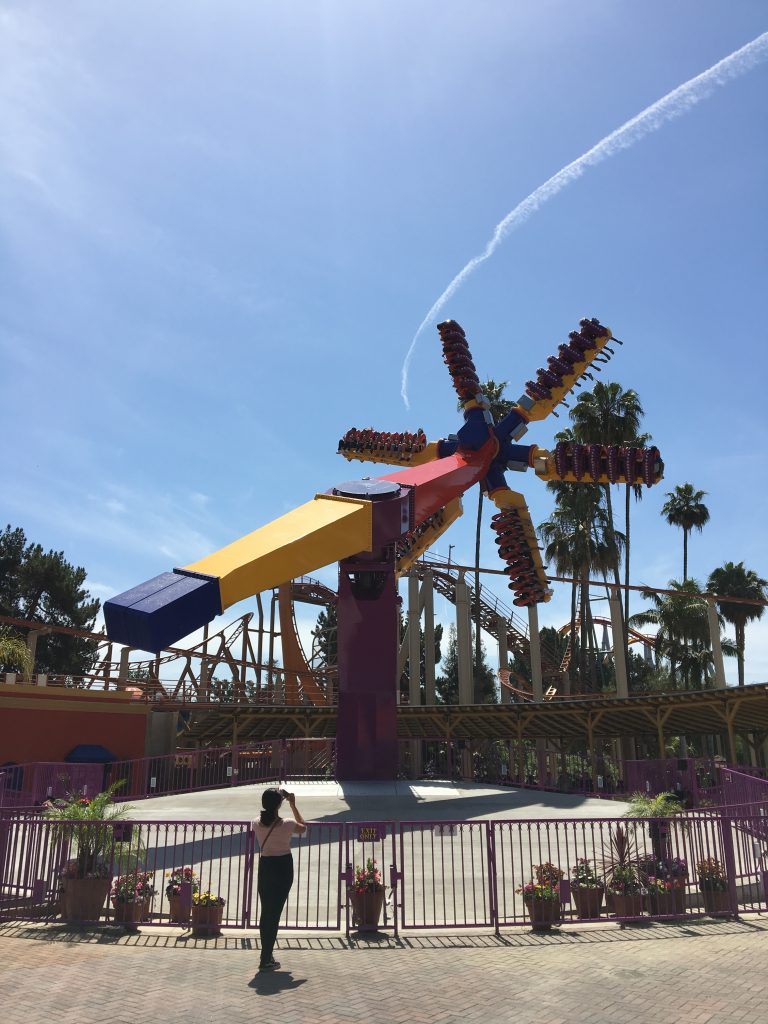 This attraction goes perfectly with the Fiesta Village theme with its yellow, red, and purple color scheme. Still waiting (and hoping) for Knott’s Berry Farm to add the graphics as seen in the ride renderings. It would be the perfect addition to an already stunning ride. This area is now fully planted and potted with lush tropical and Mediterranean trees and plants and it looks fantastic. 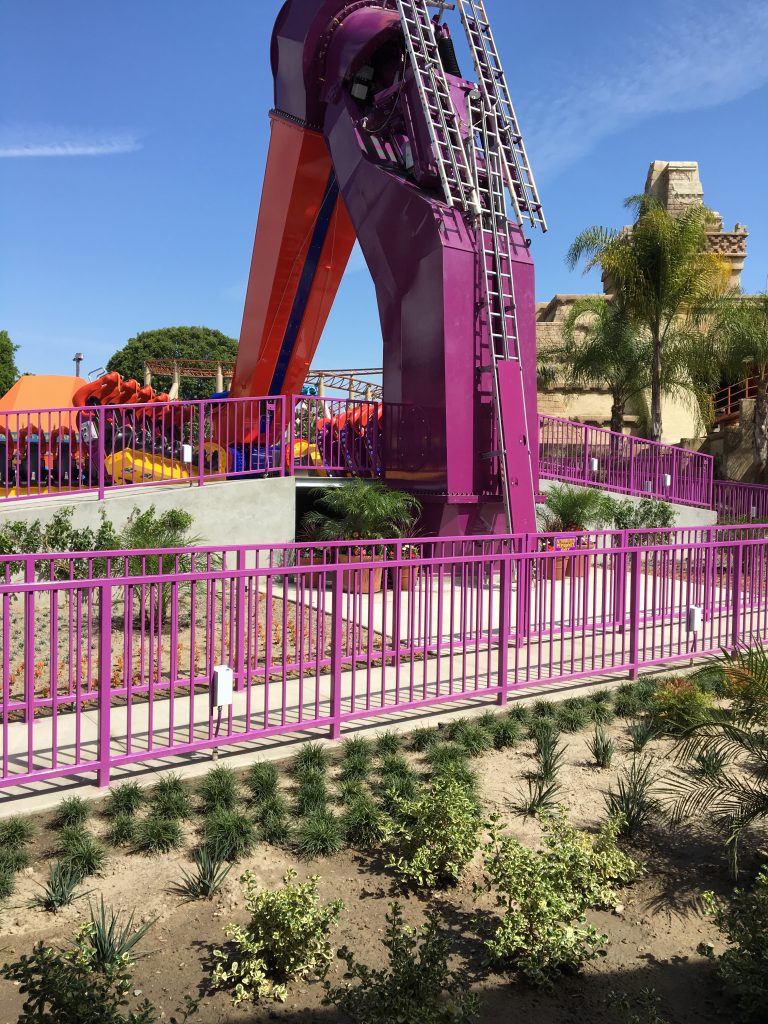 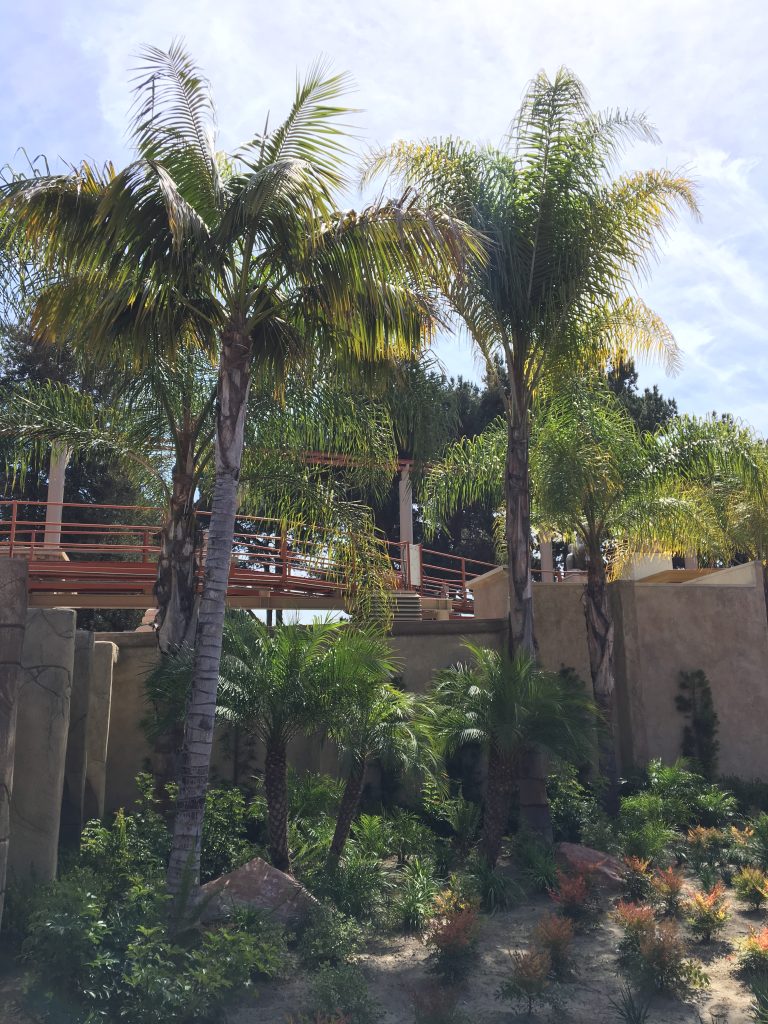 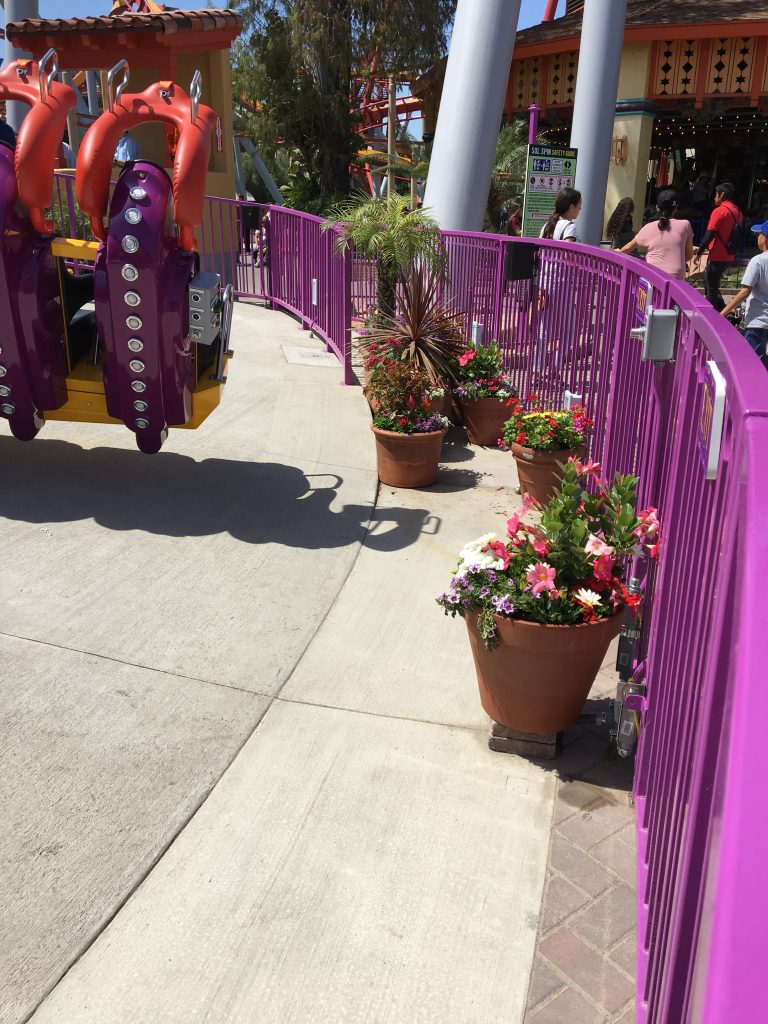 As far as the ride experience itself goes, I was thoroughly impressed. I would compare it to a cross between a Change Morgan Zipper with its infamous free and rapid flipping and a KMG Tango because of its inverting at a high altitude. The seats feel a bit bulky and cumbersome, yet very secure and pretty comfortable. Unlike some flat rides, we have no complaints regarding comfort. 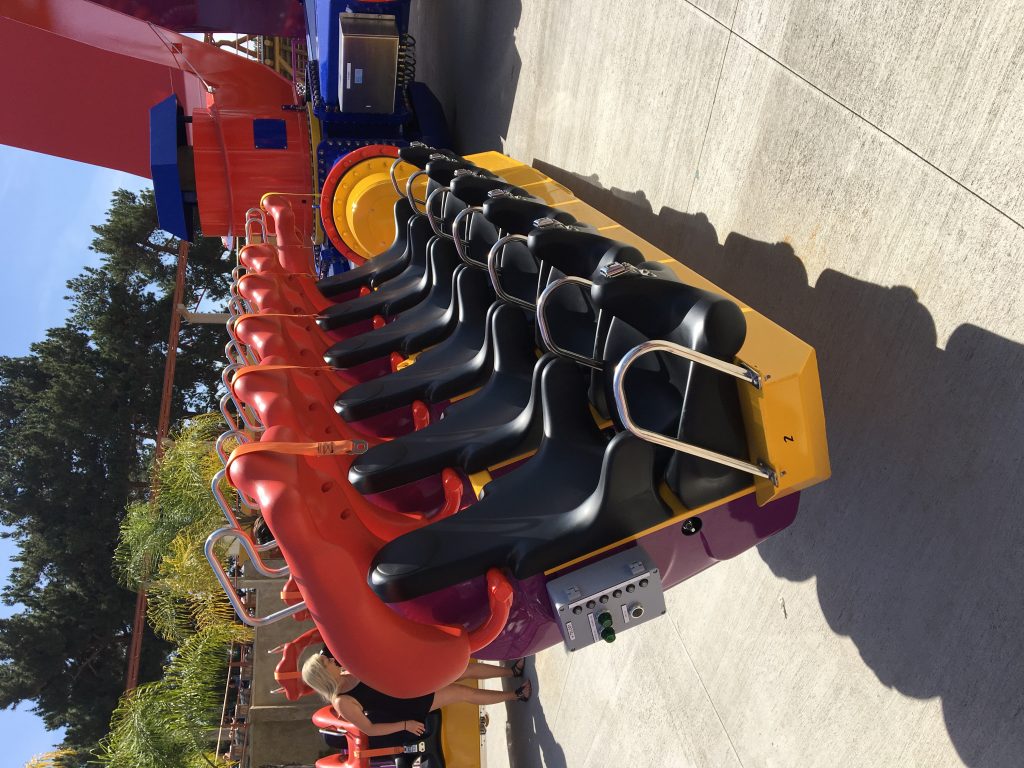 The gondolas are definitely more bottom-heavy when fully loaded which adds to its intensity as you flip; the weight distribution causes you to snap back from being inverted very quickly and makes for a much more disorienting experience. My only complaint about Sol Spin, and I’m sure many ride enthusiasts have felt the same way about flat rides in the past, is that its cycle is slightly too short for my taste. Of course a ride can always be reprogrammed, but unlike European flat rides with their impressively long and intense ride cycles, Sol Spin is a quick ride that may not live up to the intensity of some traveling/fair Top Scans. For some that’s great news, but some may be left needing to get a second cycle in to make up for the duration of the ride. 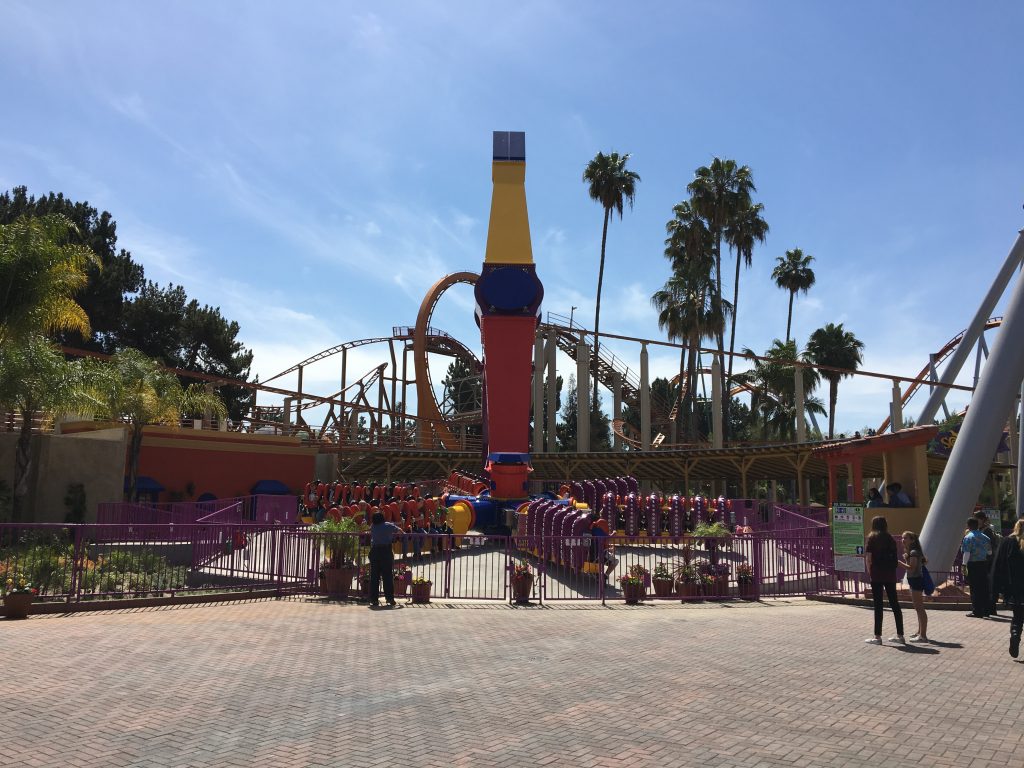 The ride is equipped with an LED lighting package on the backs of the seats; they’re able to display many different patterns with an unlimited amount of color and sequence possibilities. I can’t wait to see and ride this thriller during the dark hours of the evening! 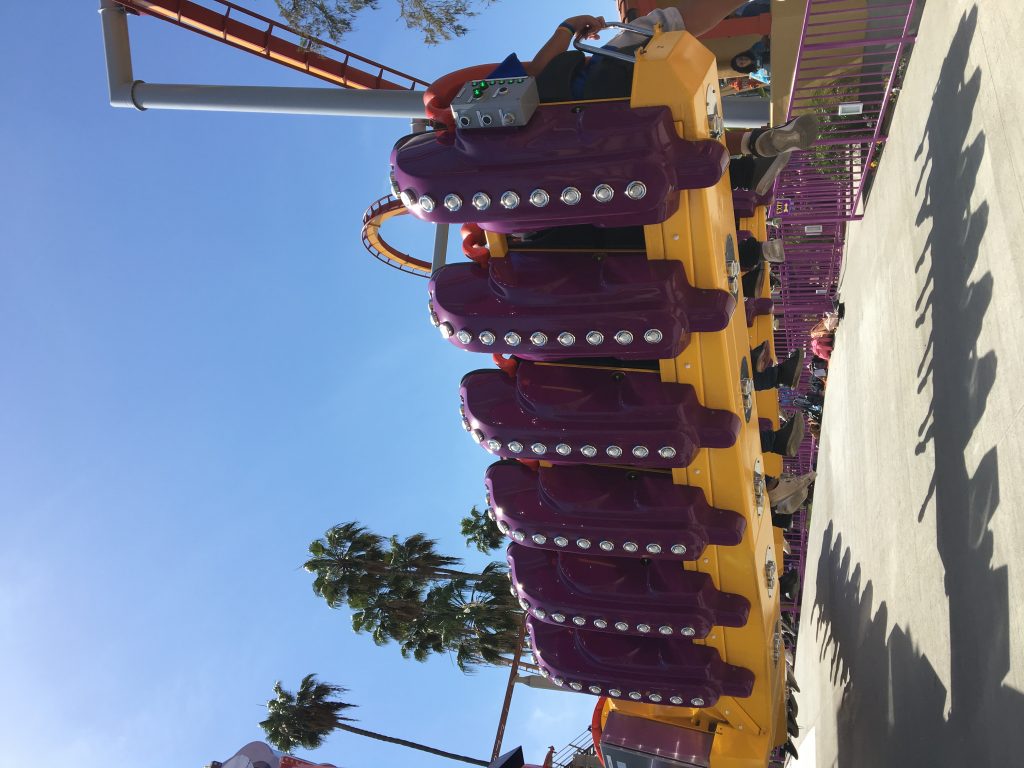 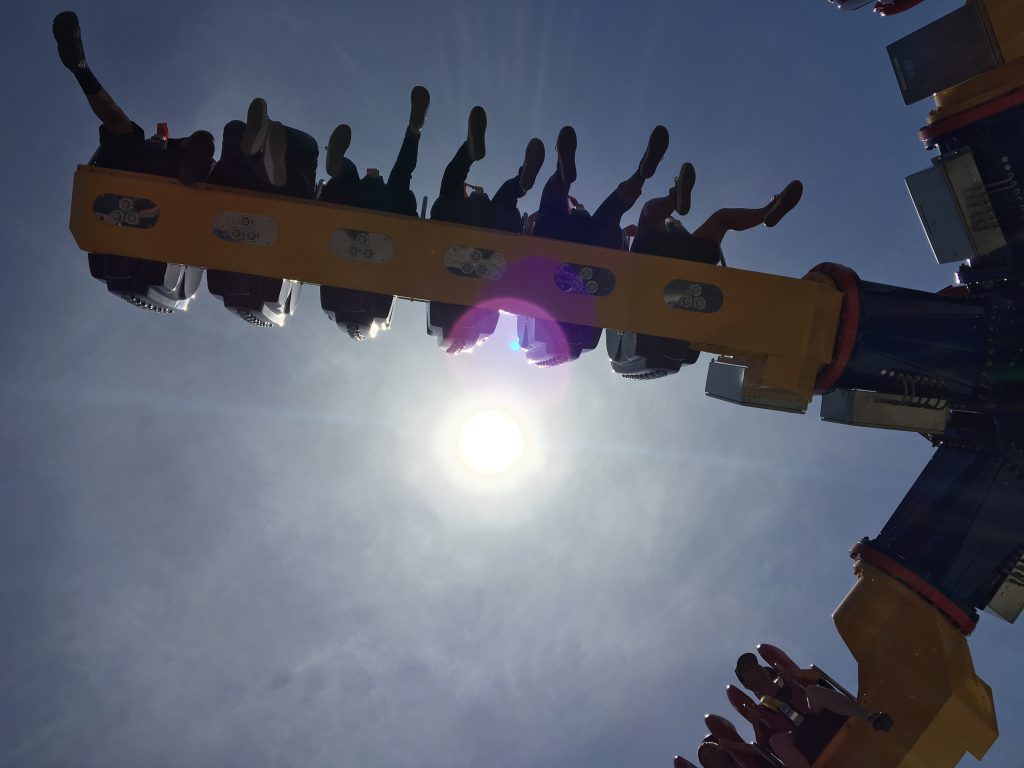 That wraps up our Sol Spin opening weekend update! Be sure to check out the state’s newest thrill ride when you get the chance! Pro tip: get there early and sit on the furthest seat away from the axis for a faster, more exhilarating experience. 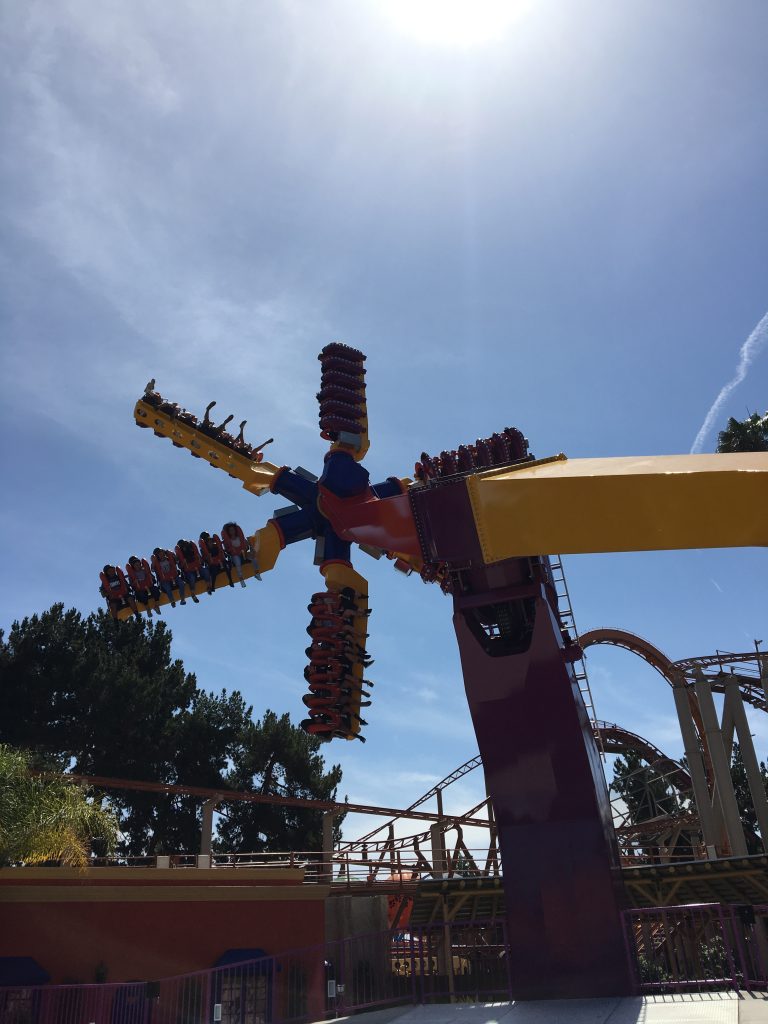 Stay tuned for a whole lot more Knott’s Berry Farm in the very near future, a friendly reminder that TODAY is the last day of Boomerang operations. 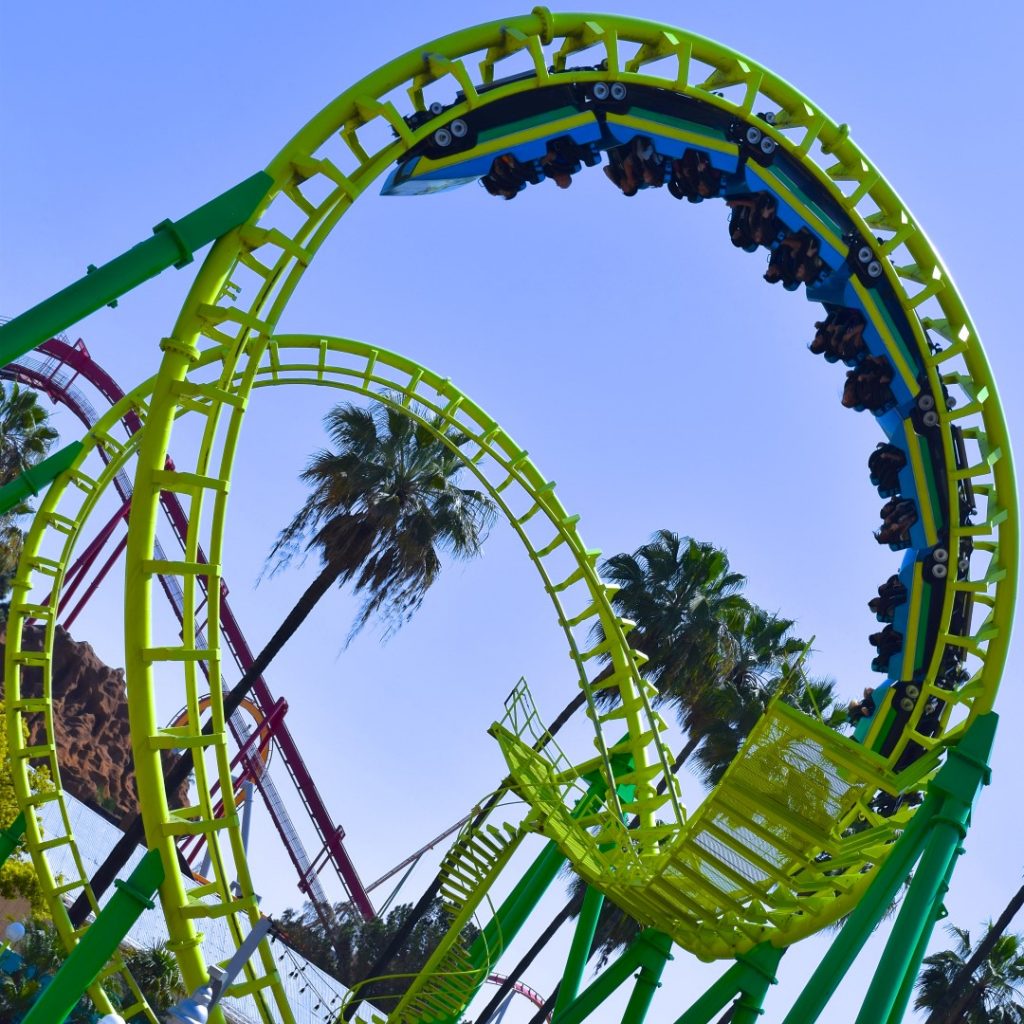 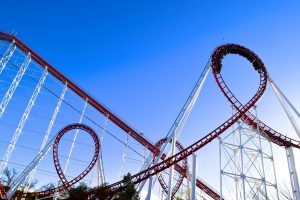 Thanks for checking out this Sol Spin review/update. Check out our Viper and MK1212 Special, as well as our Six Flags New England Report, which features an important California Coaster Kings announcement!