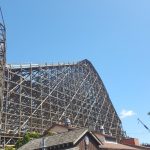 This week at Knott’s Berry Farm, all kinds of projects around the park are making tons of progress. Now that some schools are slowly entering their summer break, it’s time to prepare for students, camps and families to fill the queues. Without further ado, let’s jump right in to this week’s Knott’s Berry Farm update! 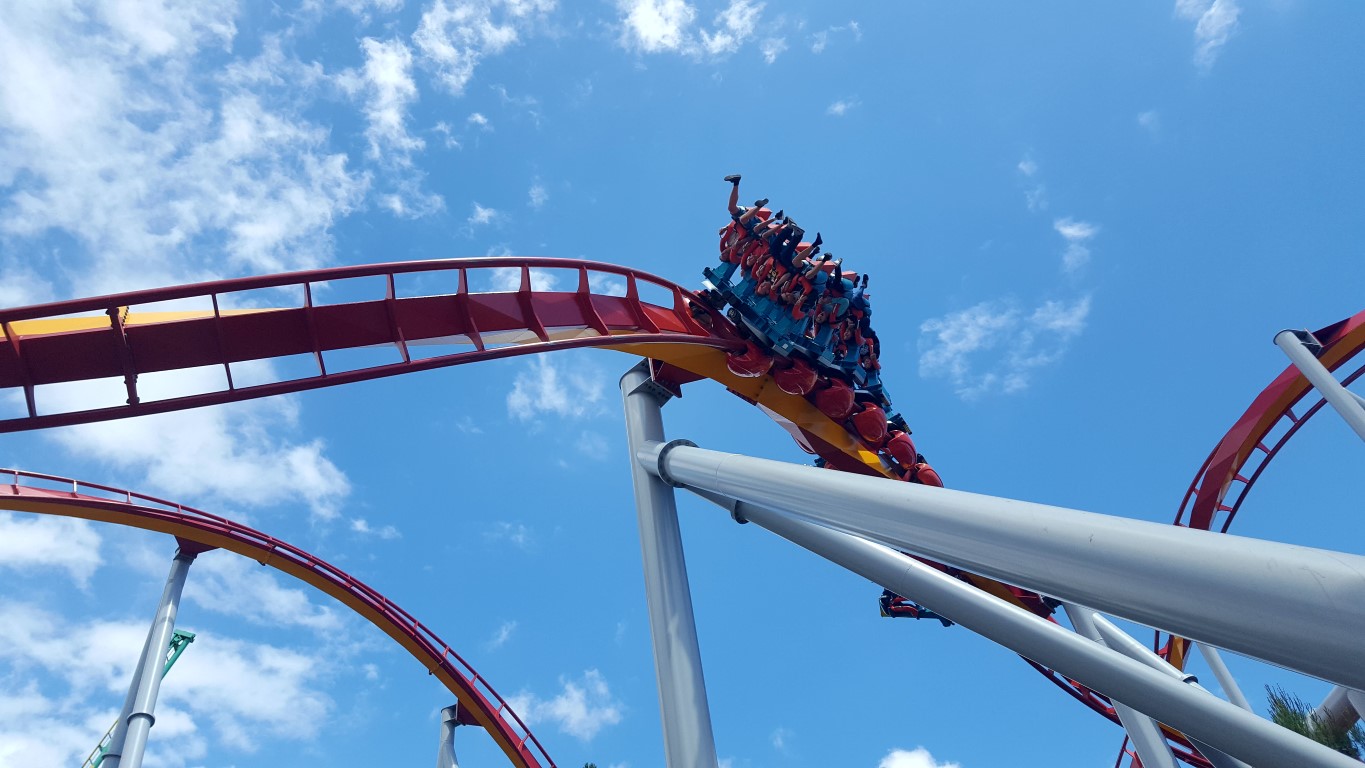 First things first, GhostRider is looking better and better with each passing day. Workers were all over the ride this weekend, installing transport systems, rope lights, and extra bits of wood on the structure. –  As you may have gotten to know, the trains have arrived some time back. We couldn’t really get any pictures of it, as it’s stored out of sight, but since the park has already done some photo/video shoots of the train(s), we know for sure they’ve arrived. – You might notice in this picture that the turn closest to the camera has received some new lateral bracing! 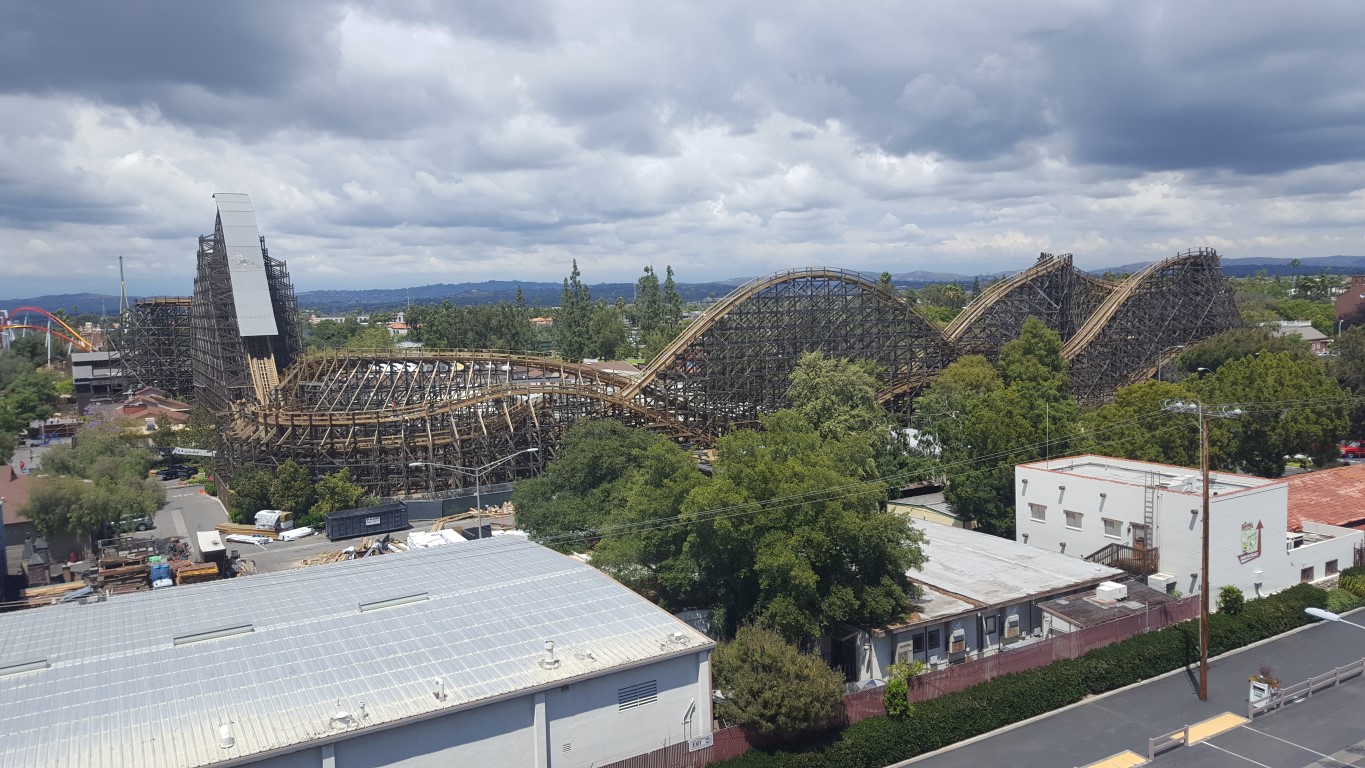 Additionally, a large fence has been erected along the outdoor queue in order to keep curious guests from walking up to the structure of the coaster. 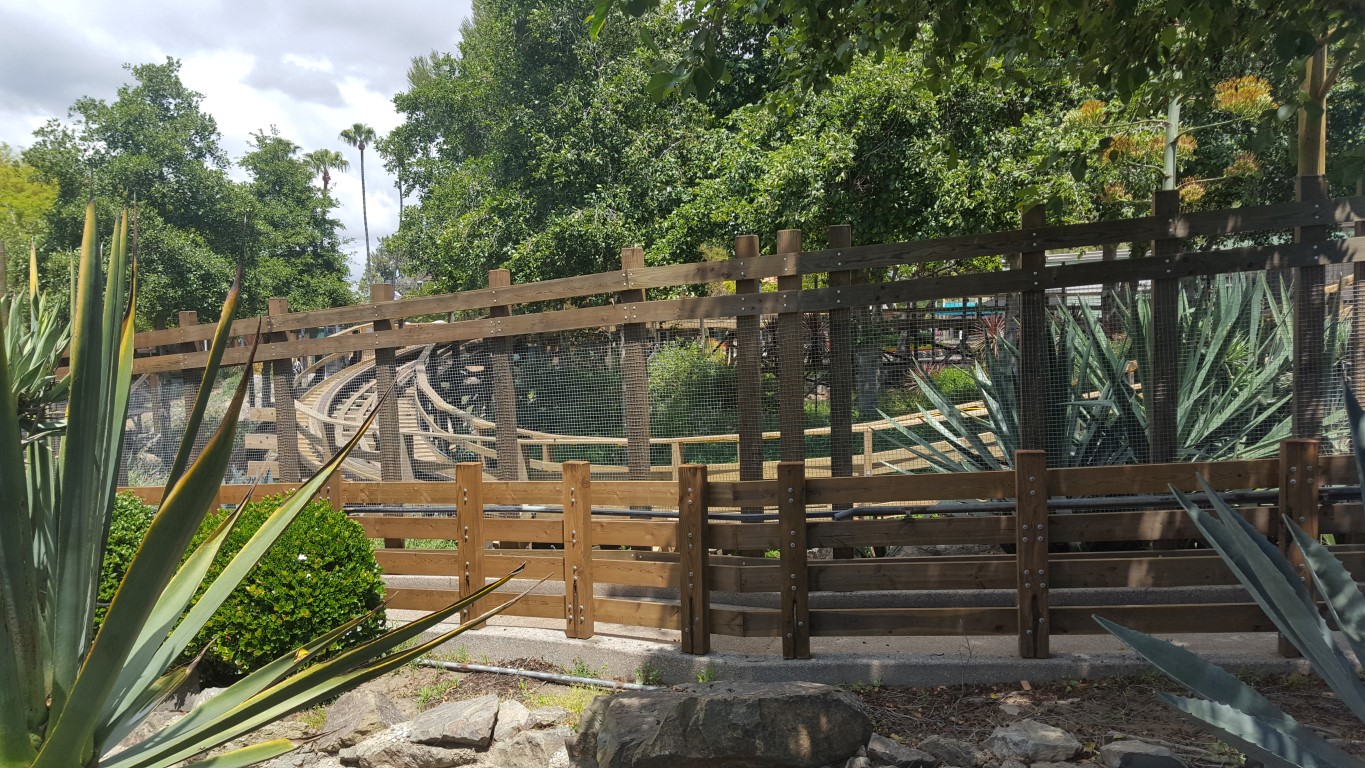 While I was over here, I noticed that the Pan for Gold water tower has received a nice logo for the attraction. 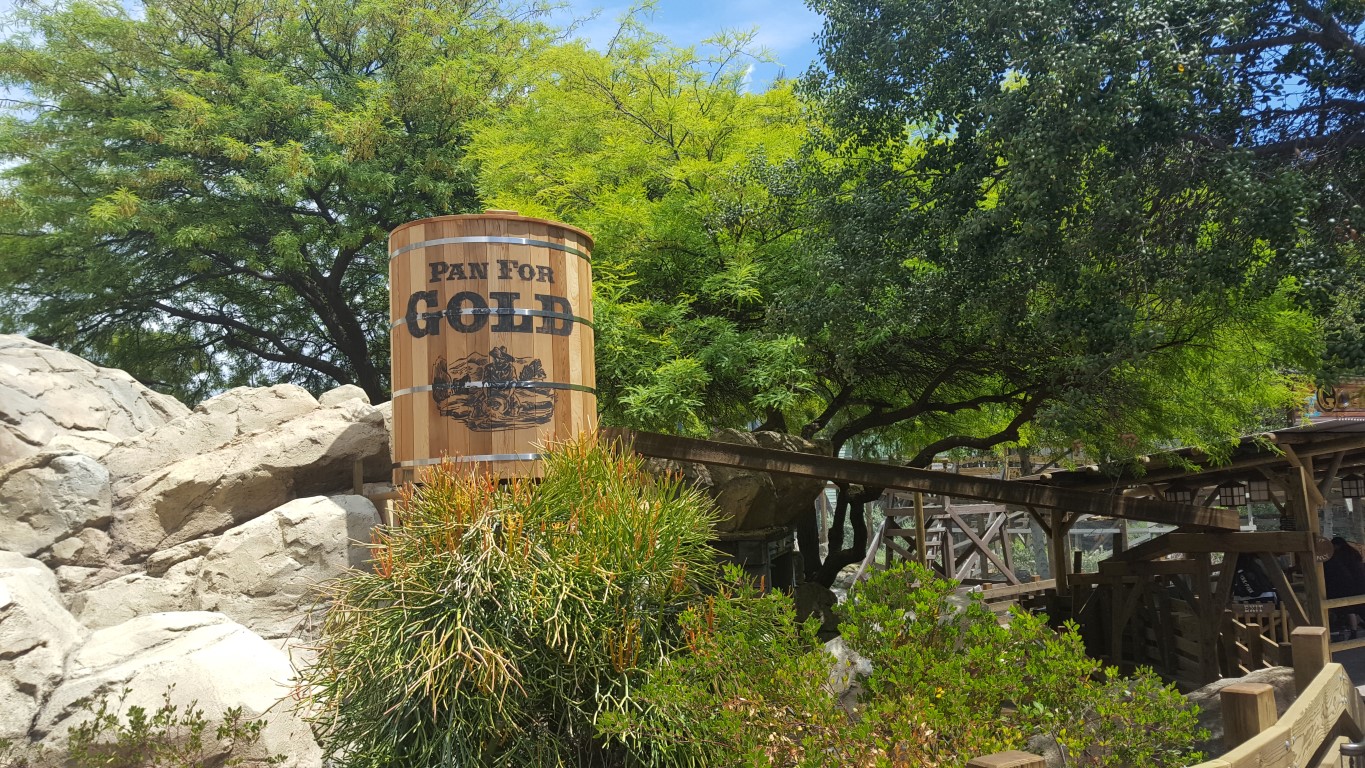 Over at the Wagon Camp, it looks like there has been some nice progress made on the stage. While it’s hard to gauge just how much work is left to be done, what we have currently certainly looks nice! 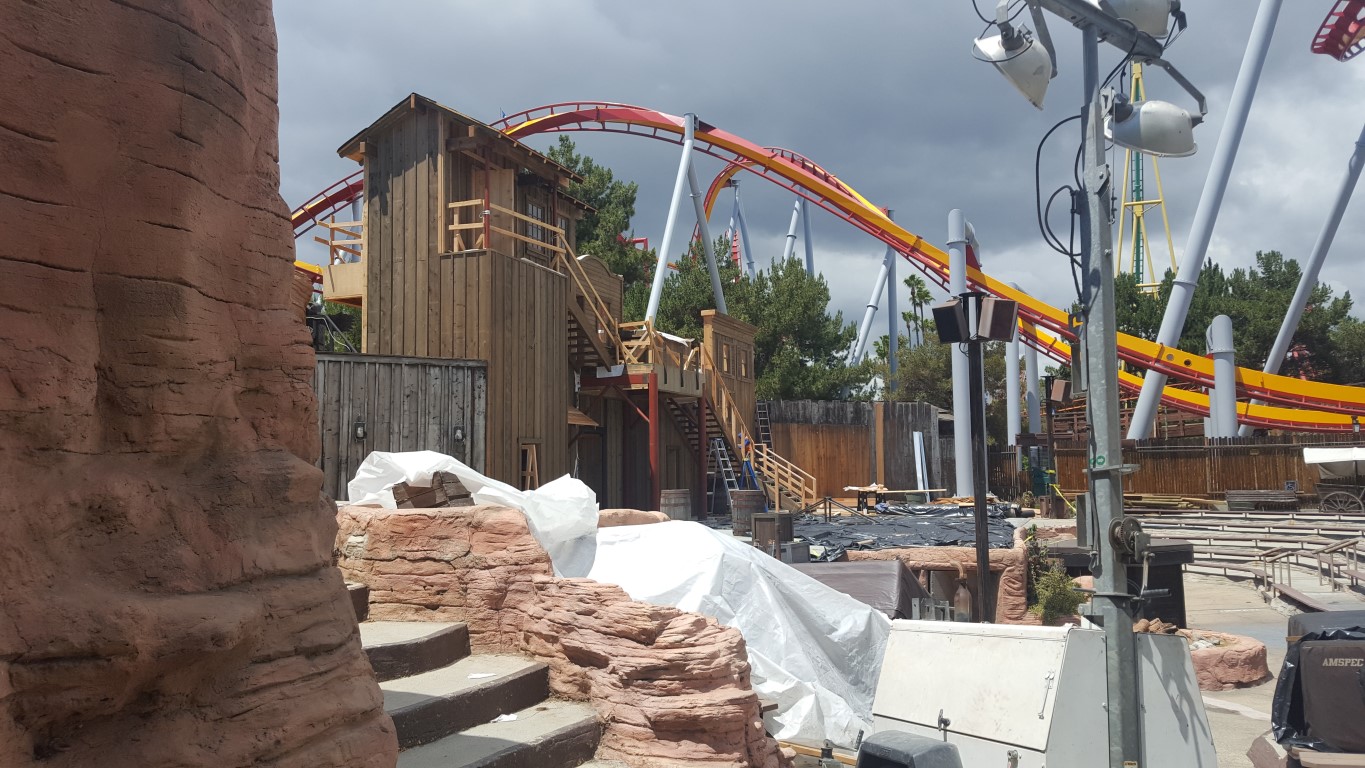 Over in the Ghost Town, the “mystery building” as I’ve been referring to it has reopened. Turns out it was the Sheriff’s Office! 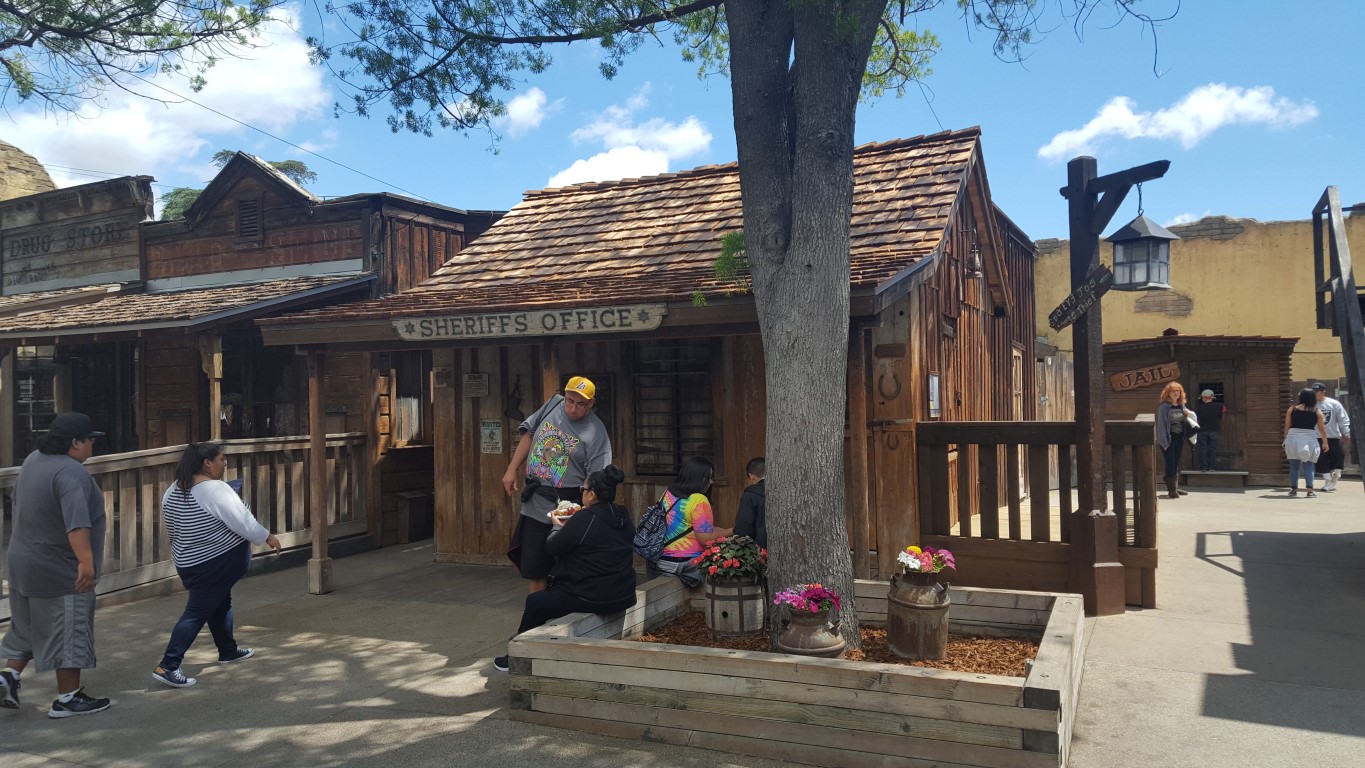 The new Calico Stage is rising quickly, with all kinds of girders and ironwork sprouting up recently. The backstage area is slowly taking shape as well. 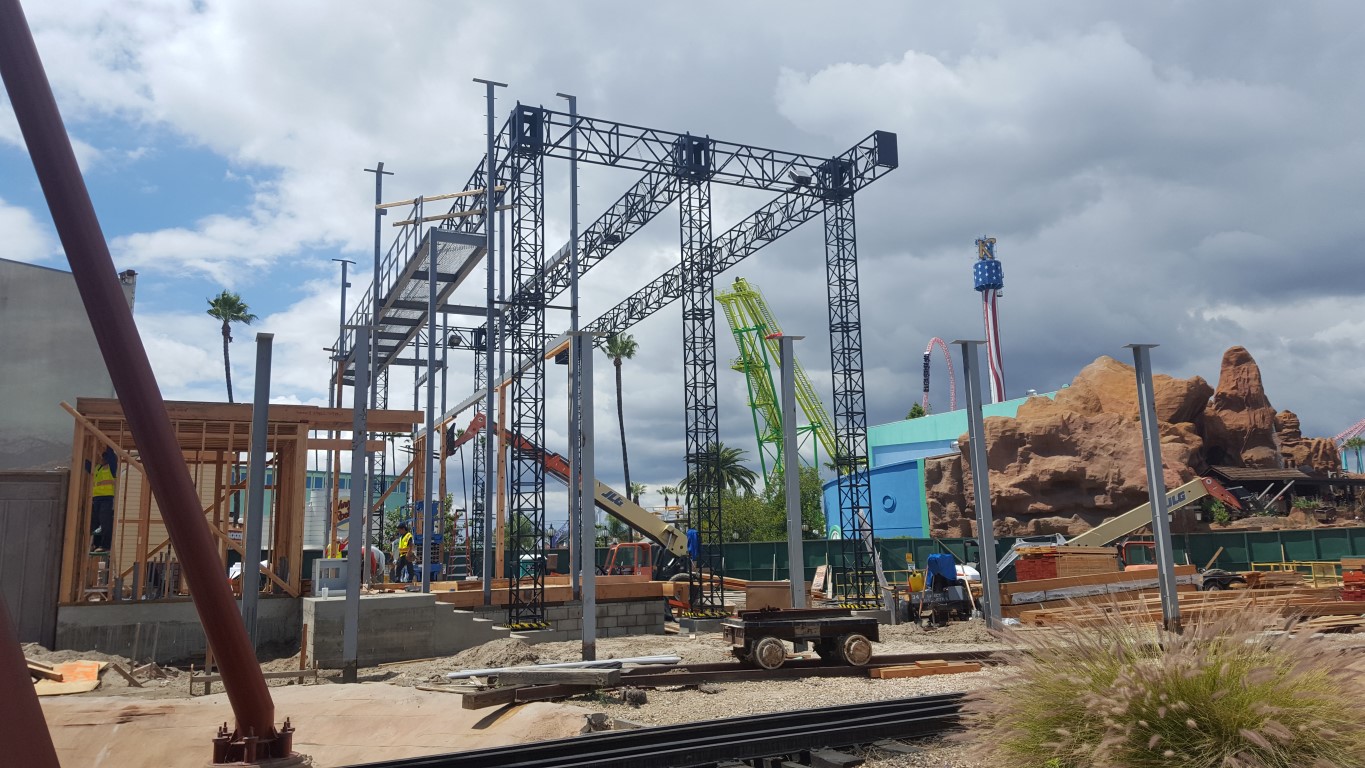 Over near the front of the new stage, another construction wall has popped up, presumably for a DJ booth/lighting towers, similar to the old stage. 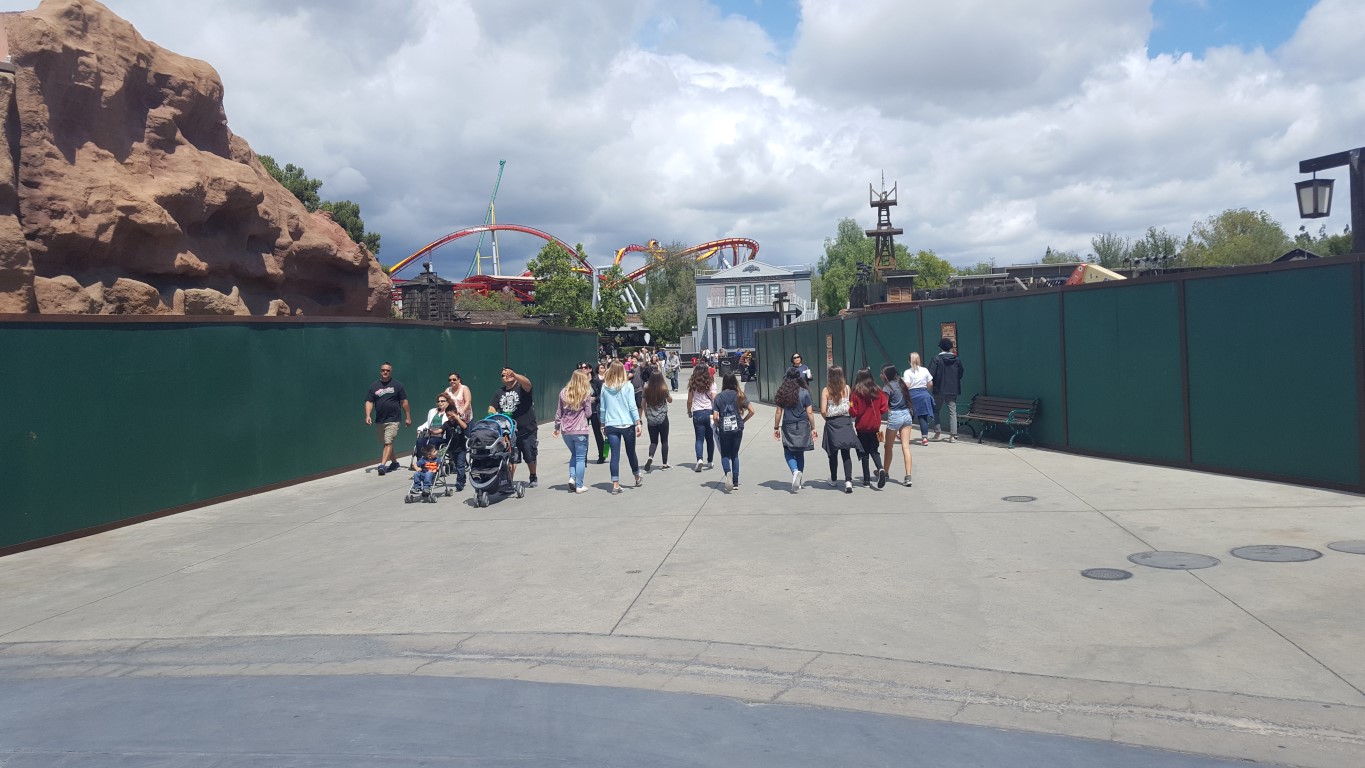 The former Riptide area has finished receiving a new personality, beginning a new life as a flower garden. Personally, I think it looks nice! While another attraction of some sort would have been interesting, the new greenery is pleasing to the eyes. 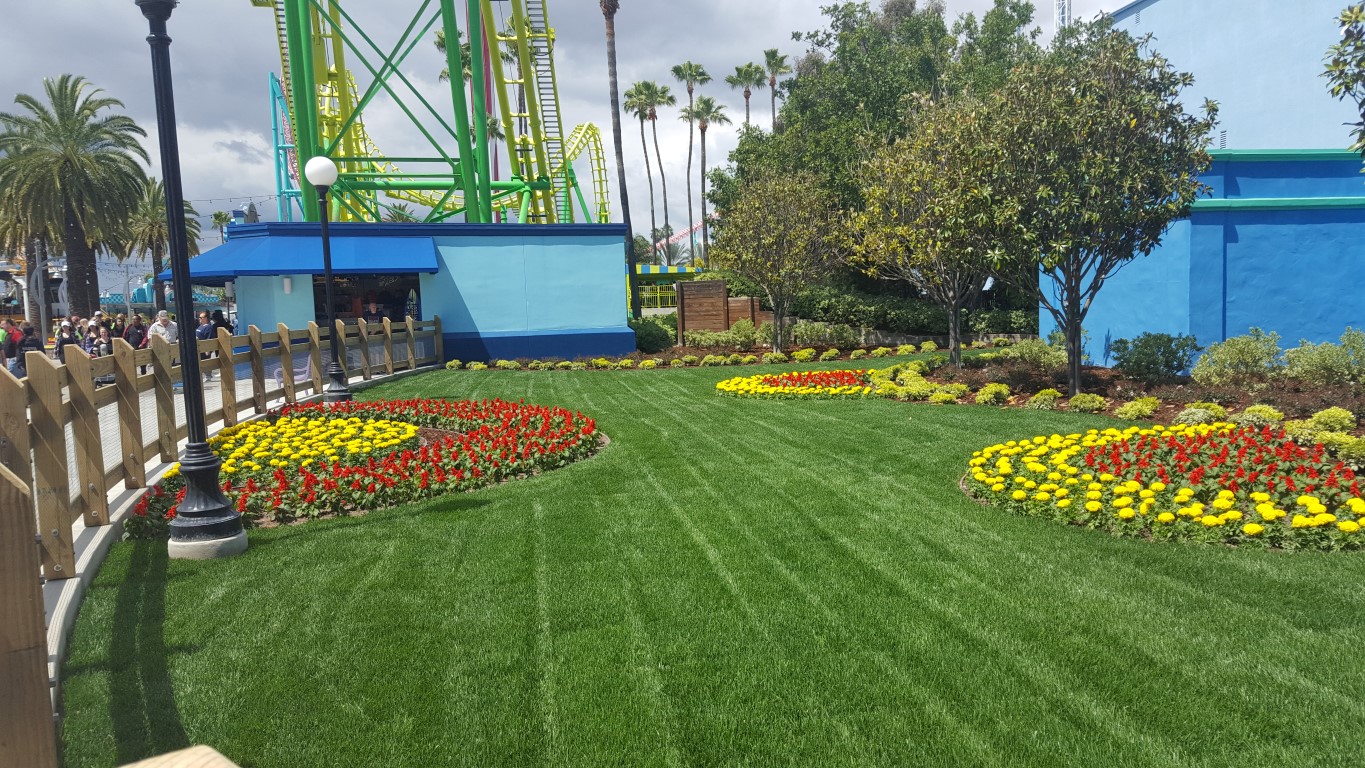 It’s also worth noting that Xcelerator and Coast Rider are both back in operation after brief refurbishments. 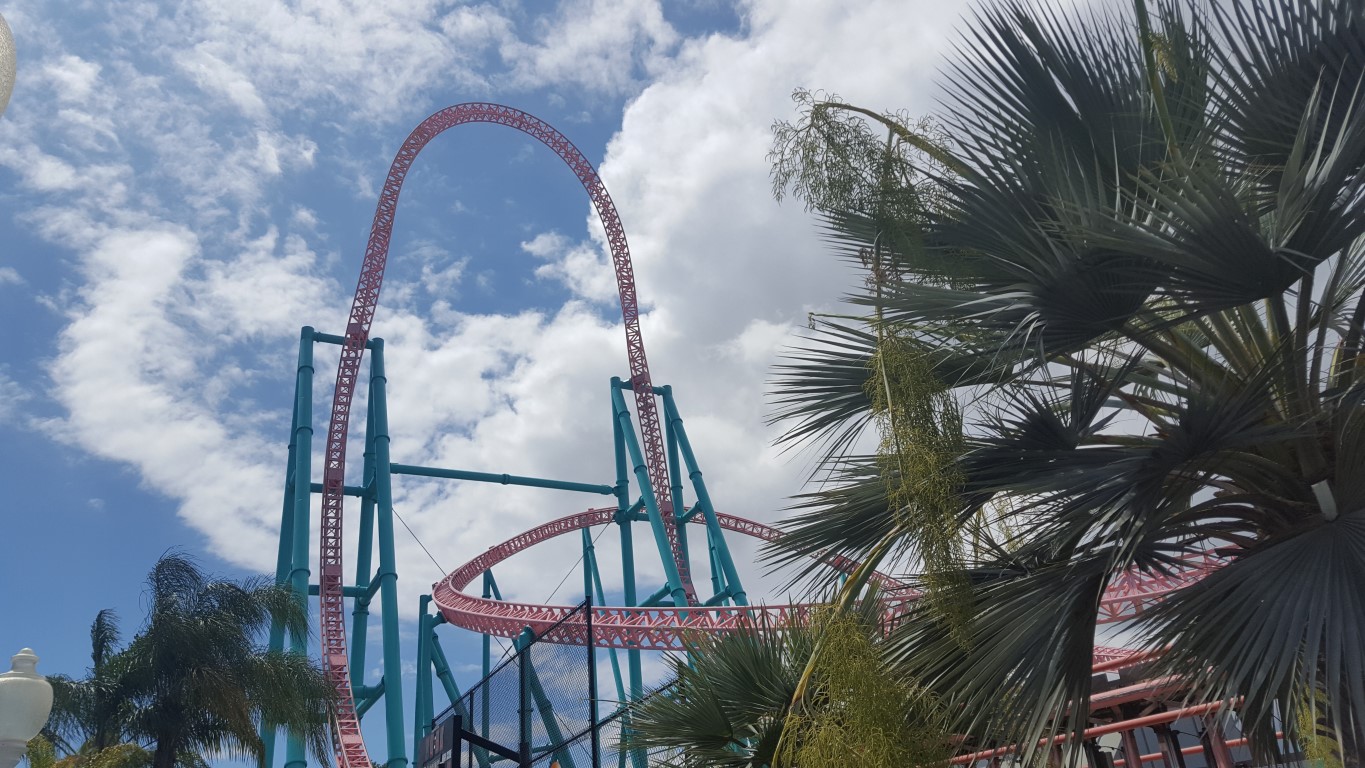 Last but not least, Jaguar’s repaint is almost complete! It looks like all that’s left is the section from the intersection of Montezooma’s loop, all the way up to the second lift. I’d wager it’ll be fully complete in a week or two. I love the new (or, original, I guess) colors! 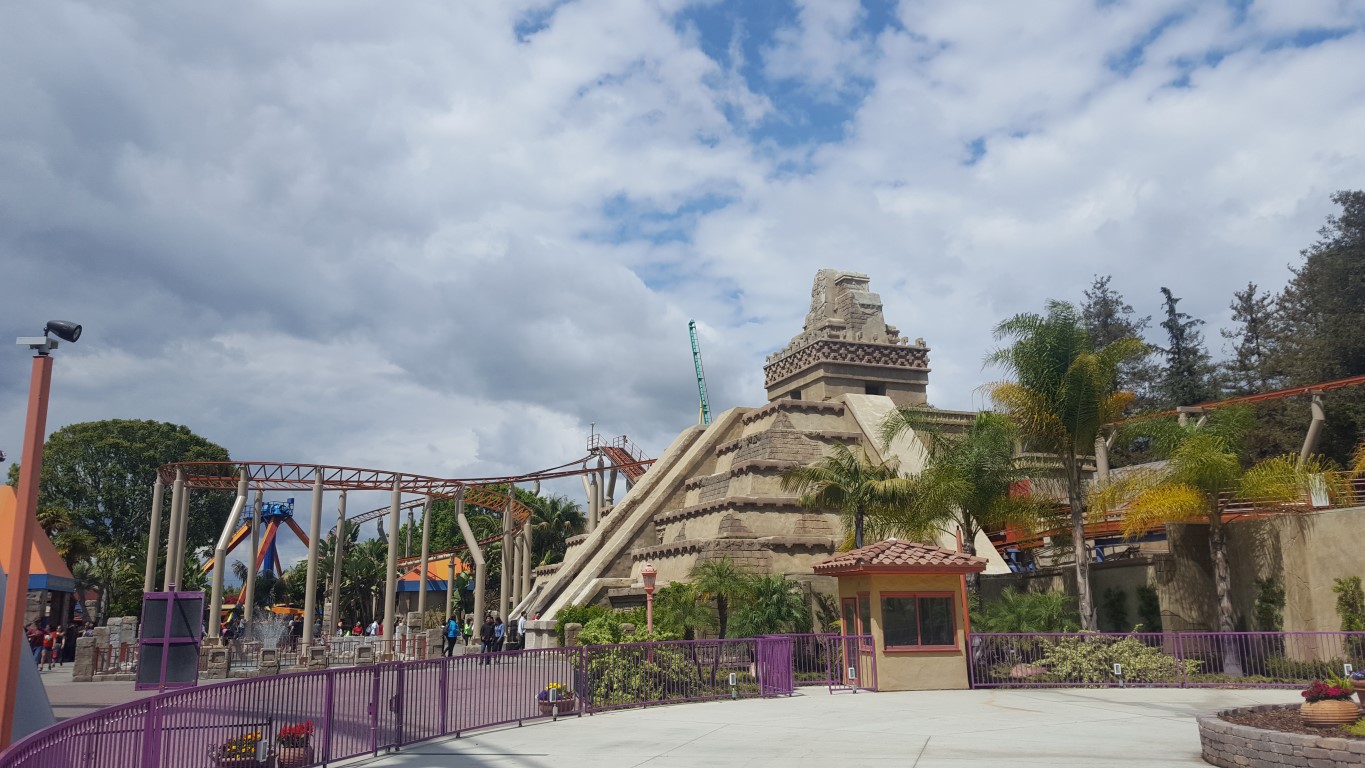 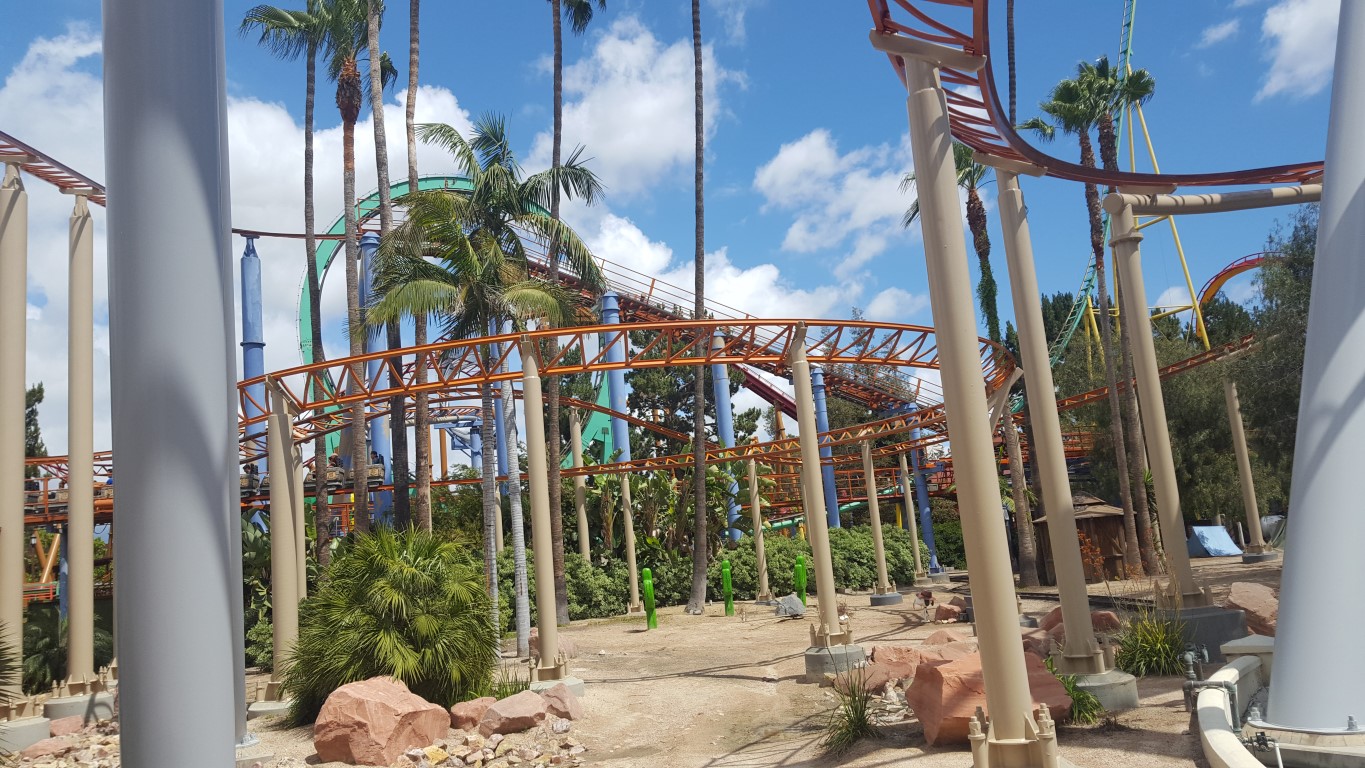 We also have a Knott’s Berry Farm Video Update to accompany the update this week! In which we have some more on GhostRider, a more detailed look at the Jaguar repaint, as well some other bonus content!

That’ll just about do it for this week. It’s exciting to see all of the Ghost Town projects getting closer to opening, I’m getting more and more excited with each passing week. It’s certainly shaping up to be a good summer for Knott’s Berry Farm!

Thanks for checking out this new Knott’s Berry Farm Update! Make sure to check out some of the other new updates (more to come):