We couldn’t stay away from our favorite operating Cedar Fair park! Along with a visit to Cedar Point, we returned to Kings Island to enjoy some more rides on Orion and other favorites. This time we braved a 70-minute line to enter the Eiffel Tower, so we have a collection of great Kings Island shots ahead!

It’s good to be back! We had great weather. It was significantly busier than our trip in July, however we were still able to get on all the rides we wanted to ride! 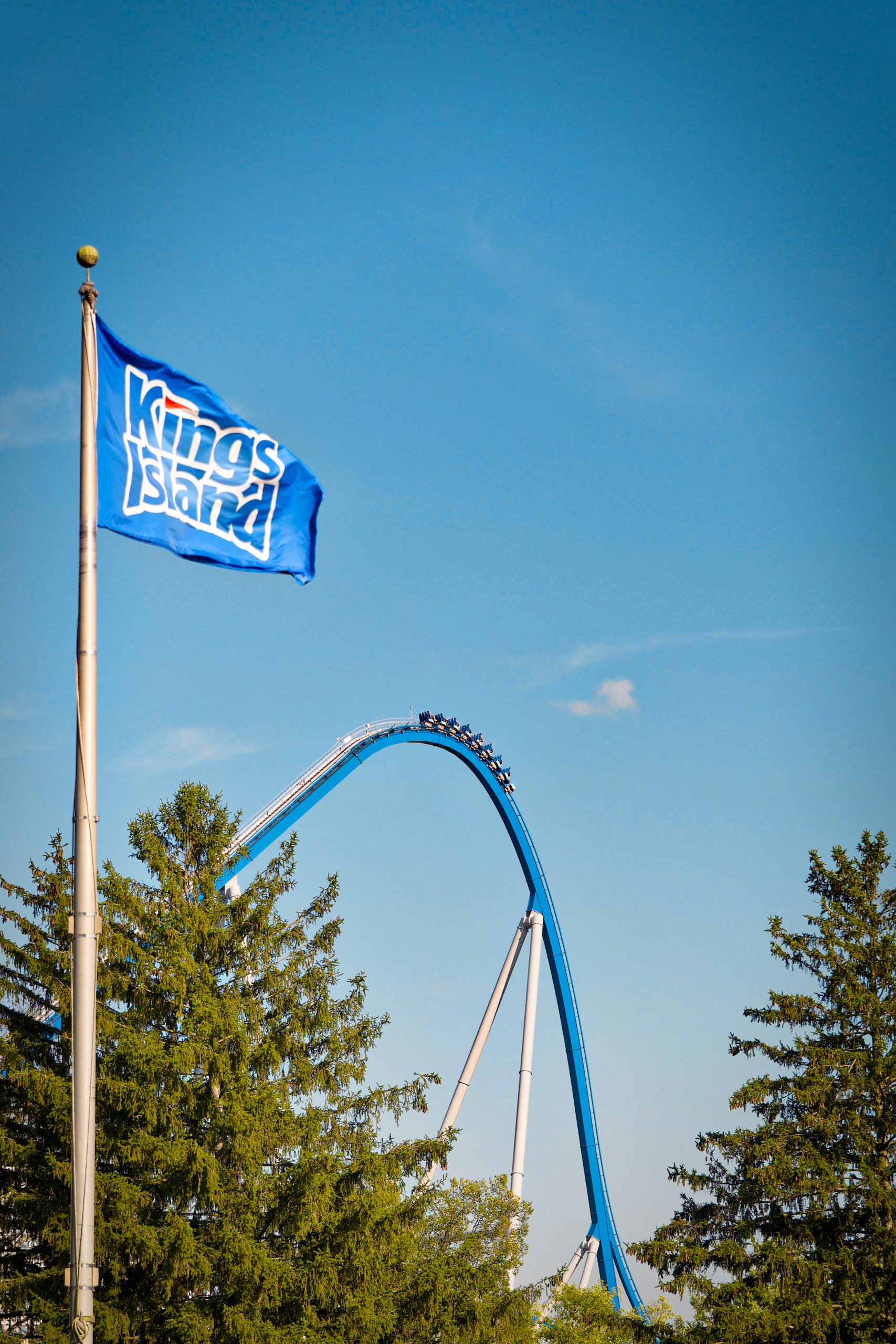 Having again visited Kings Island the day after Cedar Point, I really start to lean towards Kings Island. The layout of the park is a great plus, so is the immaculate landscaping, and great variety of rides. 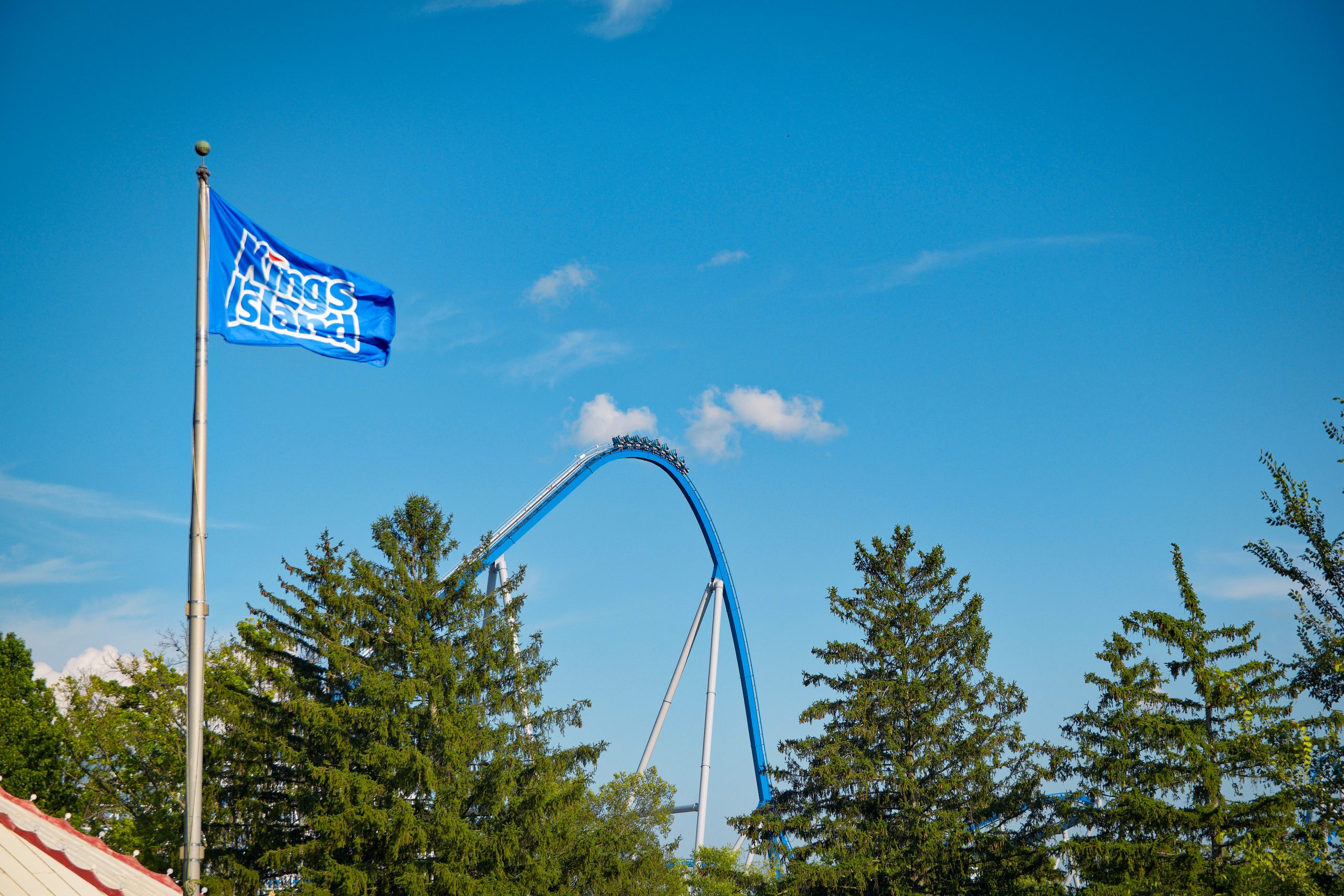 This report won’t be much of a ‘trip report’, instead I’ll be talking about the park’s major attractions and show off some new pictures. First up: Banshee! 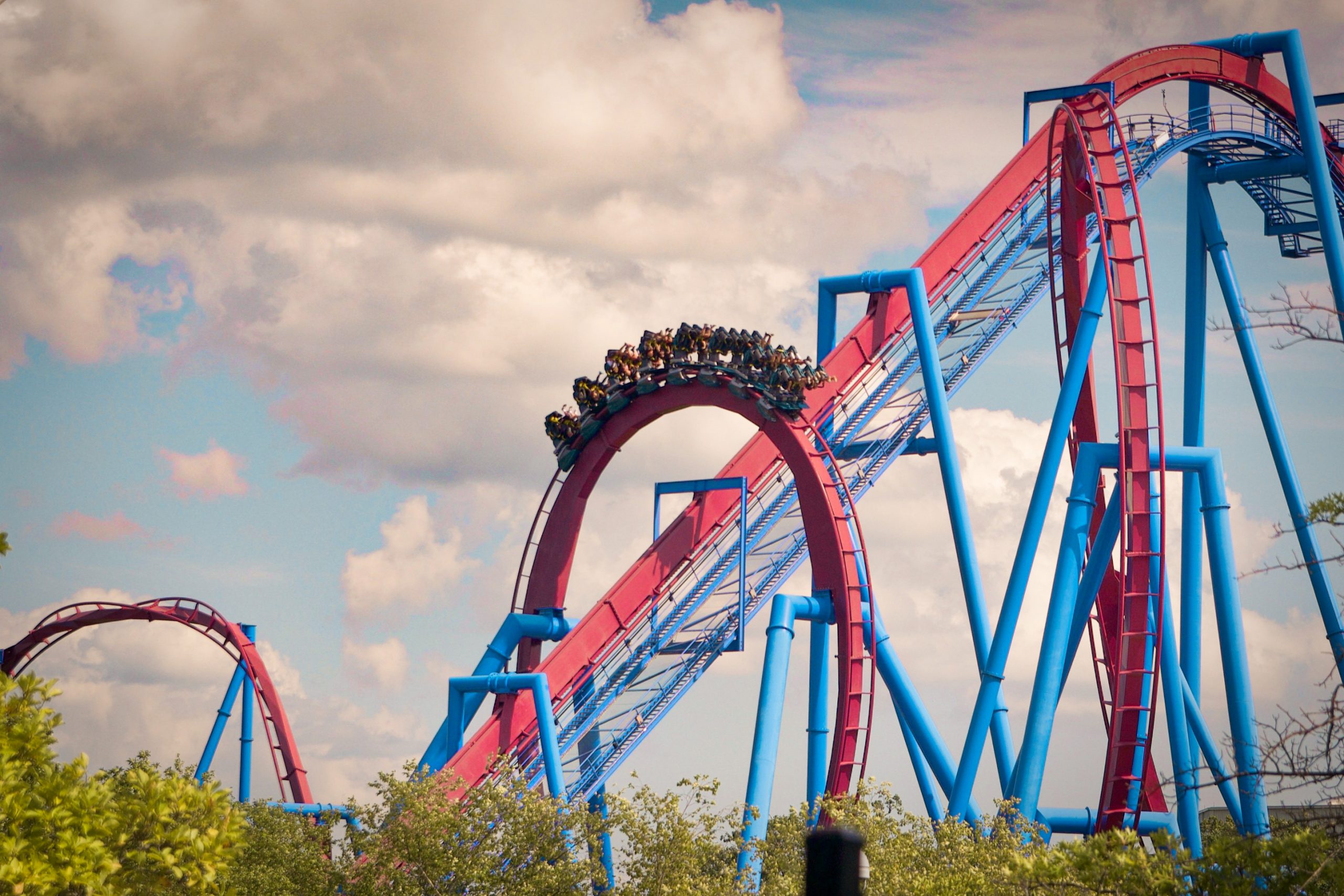 We strongly believe this park’s B&Ms are not the strong suit of the operation, though we all know they’re the parkgoers’ favorites. I for one do absolutely adore the finale of this ride. Its almost as if they just combined an invert with a wing coaster and Banshee was born. 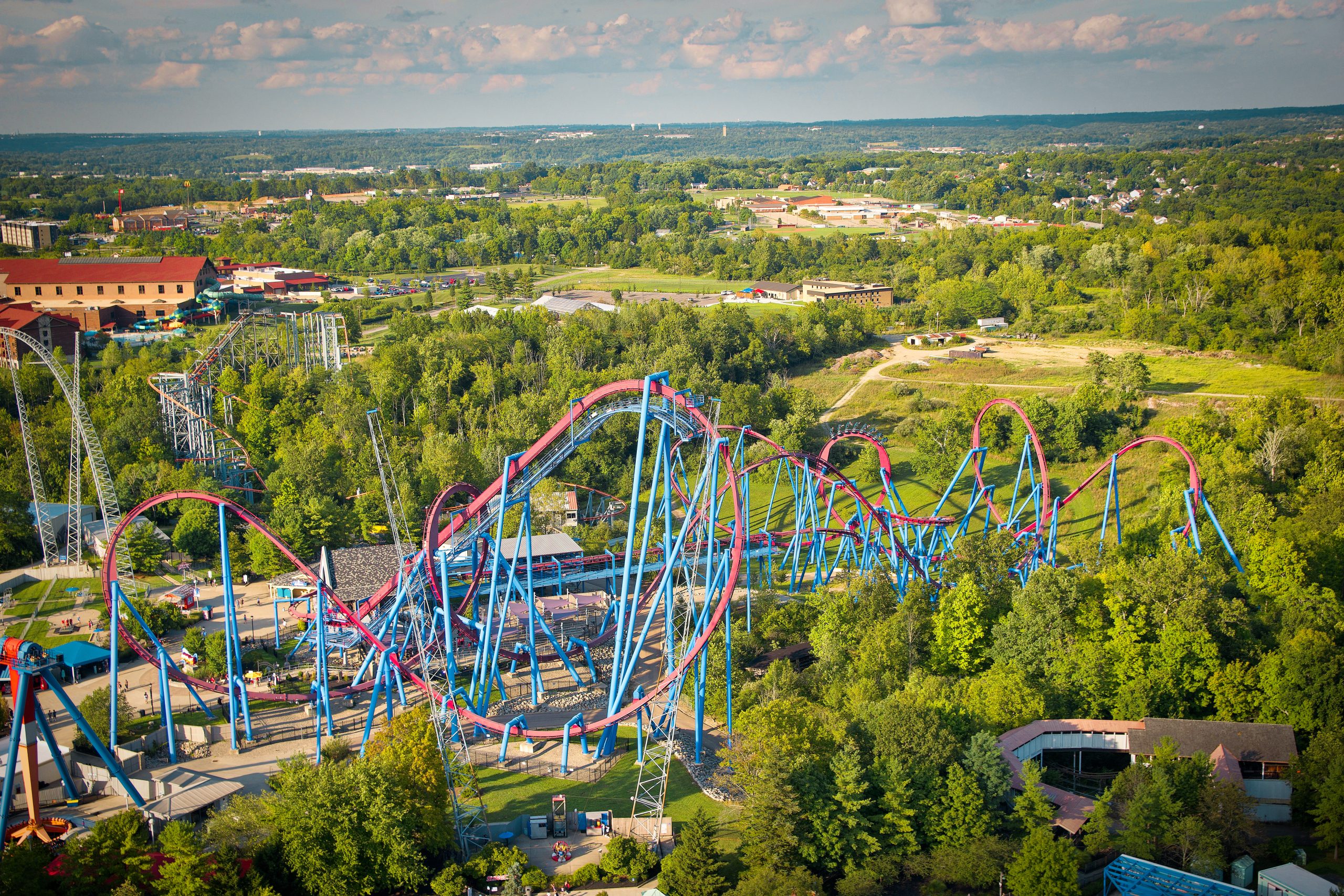 I will give Kings Island a shout out for their color schemes. The B&Ms in particular have awesome and unique colors. 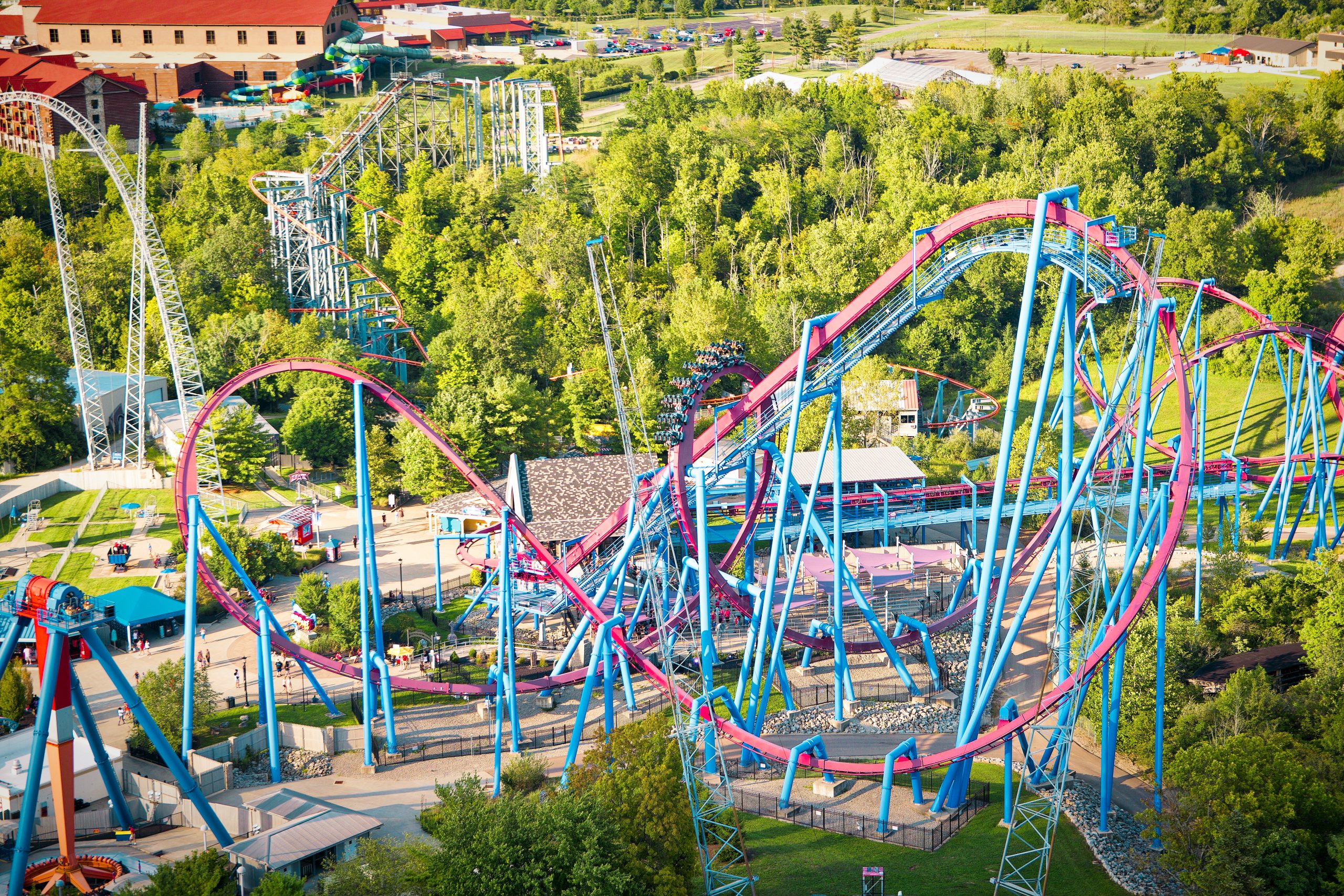 This visit I really realized how much I adore the landscaping and terrain differences at the park. The side of the park with Banshee, Bat, and Adventure Express uses the terrain beautifully. 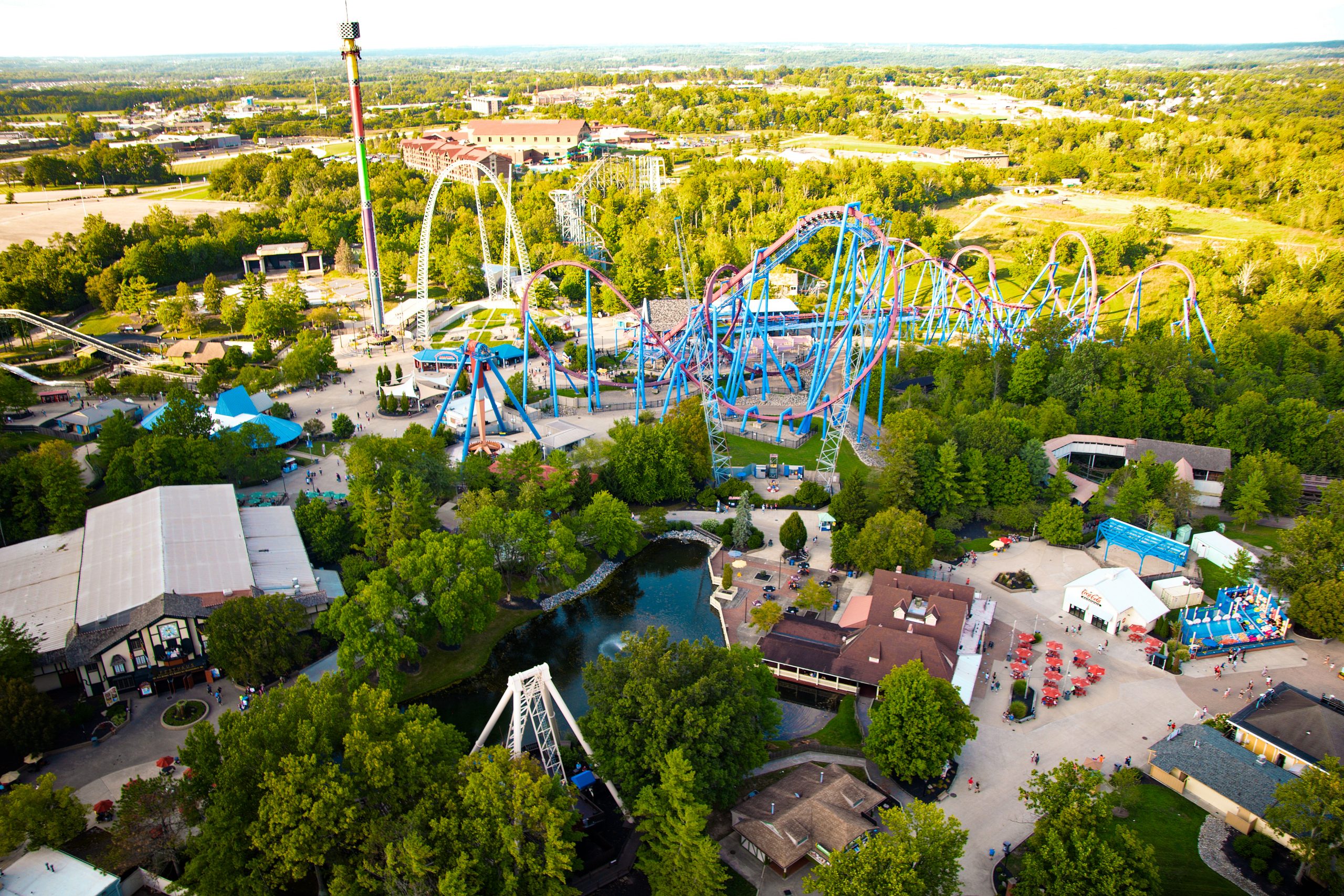 Though Action Zone is a bit outdated, I think small changes to the colors and aesthetic is all they need. It is however the gateway to Bat, one of our absolute favorites at the park. We got several night rides this visit and they absolutely slapped! 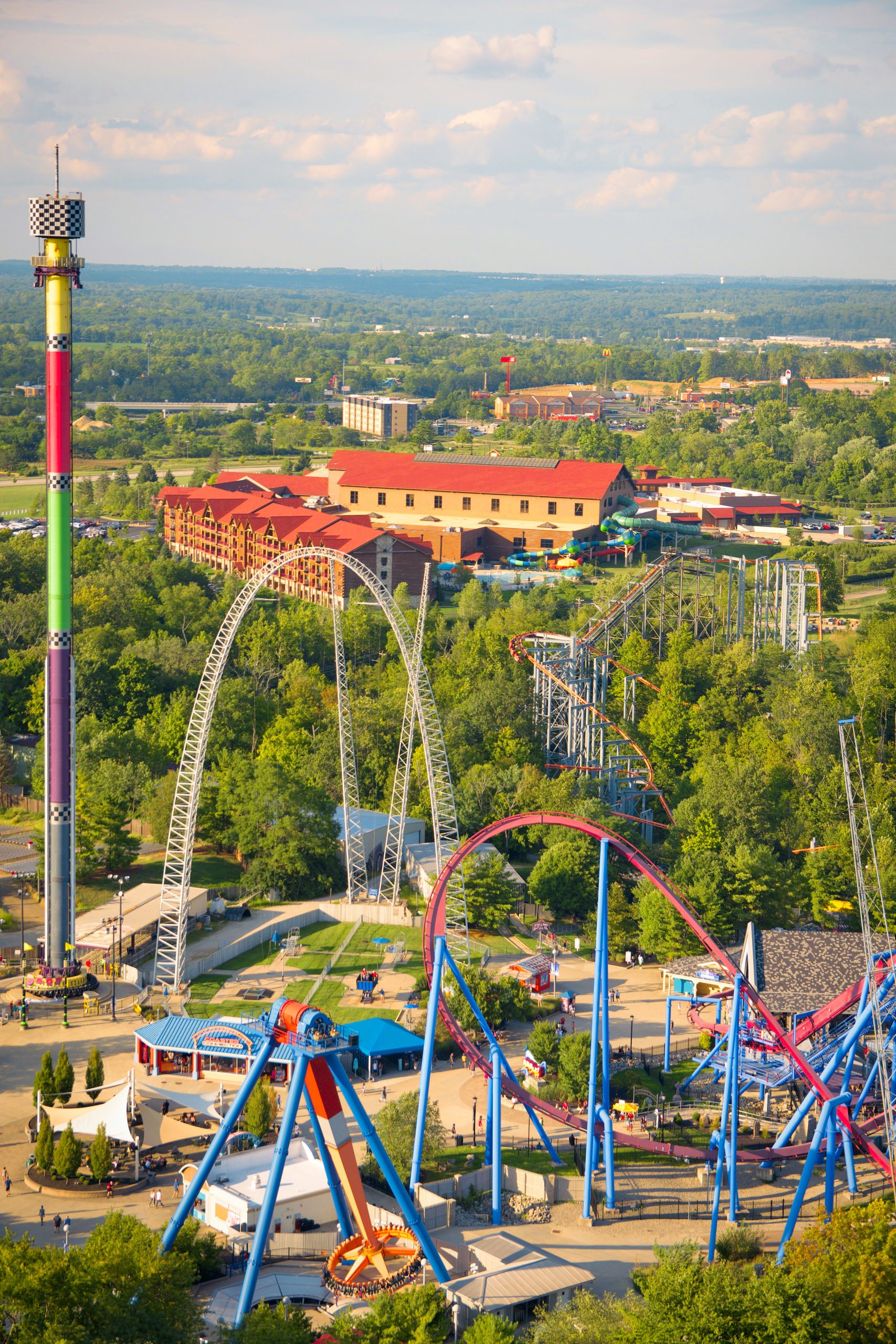 Bat may not be very long, but every second counts once you dive down that first drop. Hot take, but we prefer it over Vortex at Canada’s Wonderland. The high-speed swinging thru the forest with the longer train just gives it an edge. 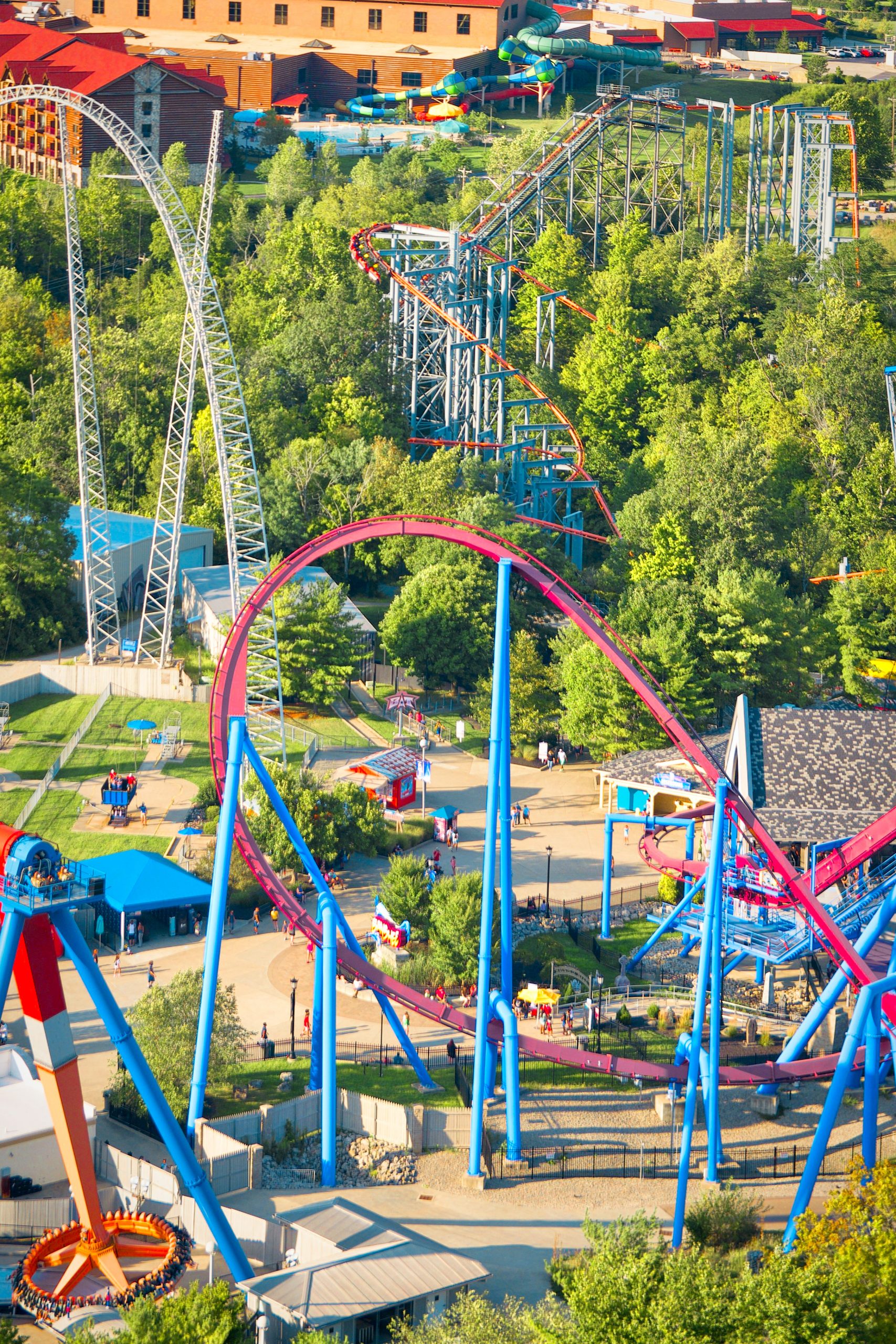 We can’t forget about Invertigo of course! Another favorite at the park. This year it’s running the original trains. Next year it will go back to using Stinger‘s trains. 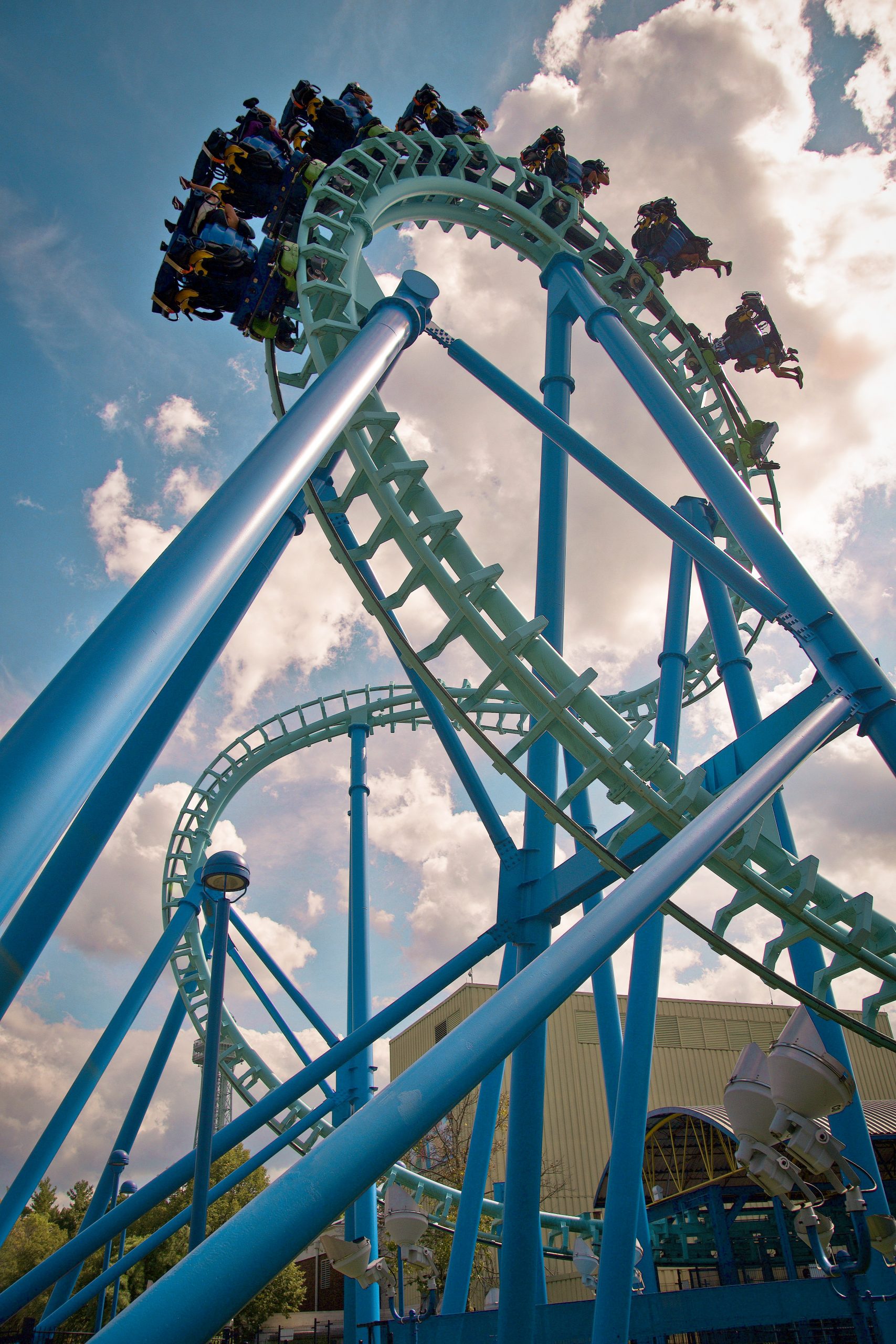 I love the current color scheme of Invertigo, it creates for an awesome hood ornament suspending over the park’s entrance. 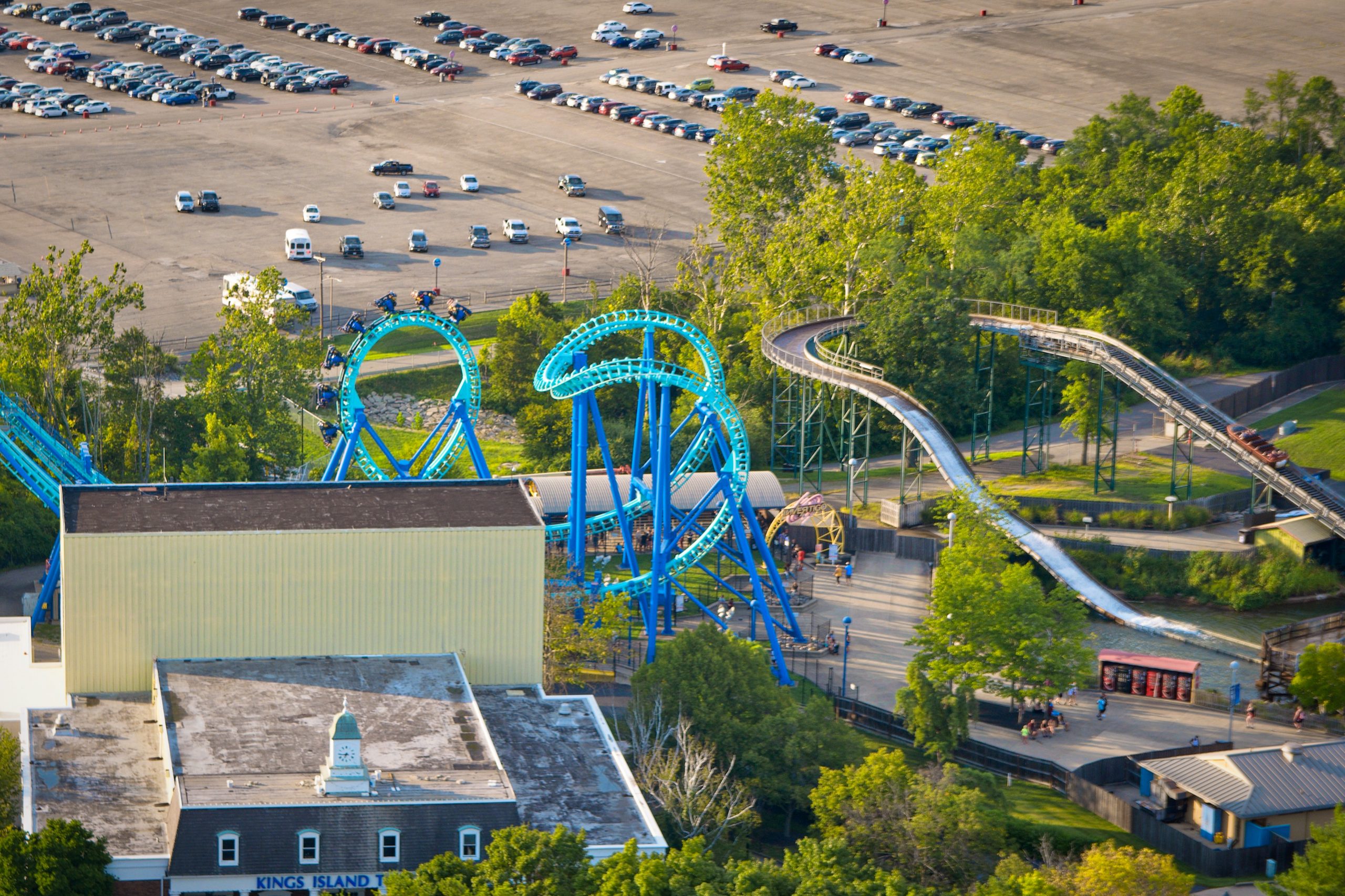 Adventure Express is a fantastic night ride, and an equally as impressive ride during the day. I swear, the middle-class coasters at Kings Island are highly underrated. 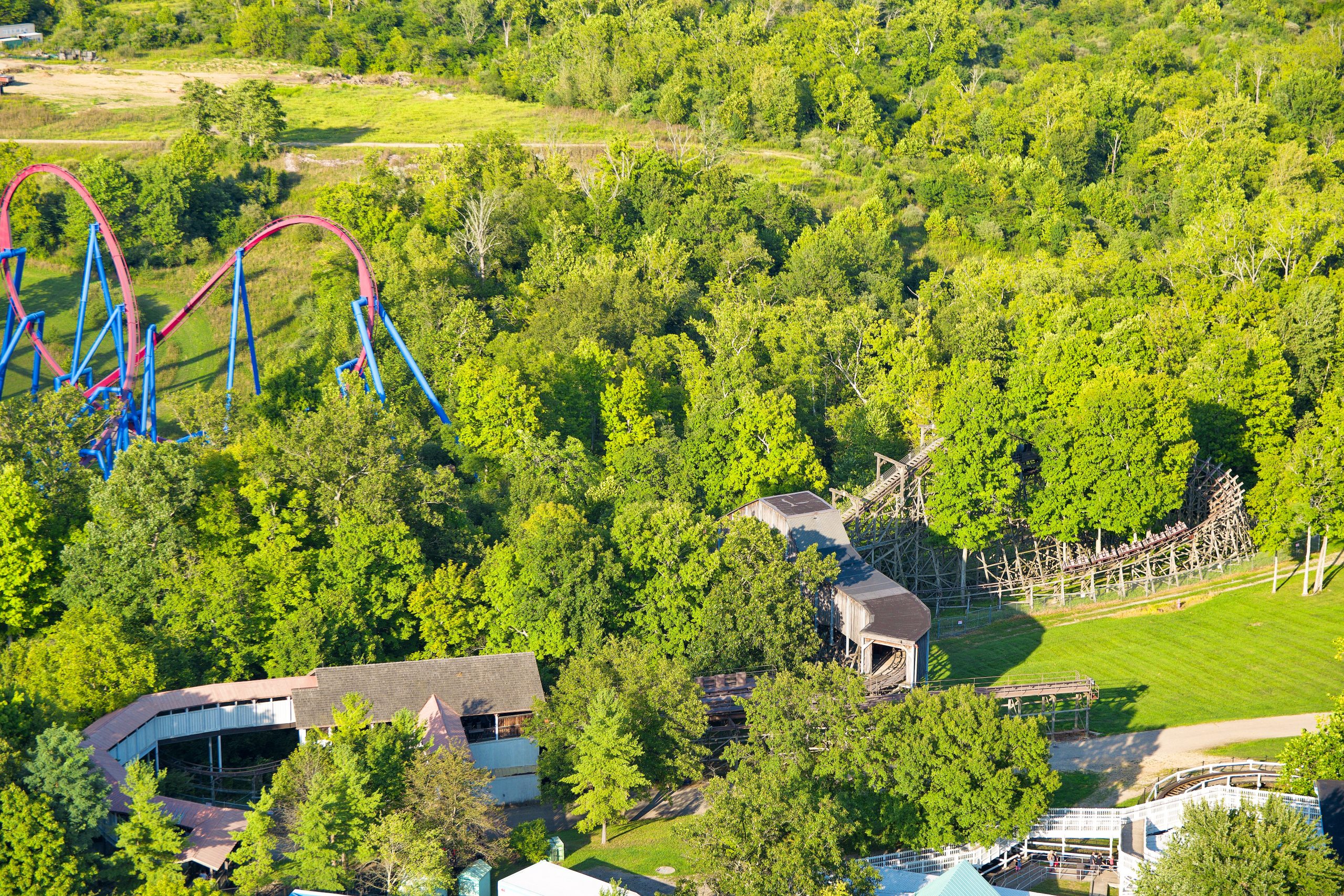 Another underrated middle-class coaster is Backlot Stunt Coaster. A powerful helix, awesome theming and effects. I can’t go to Kings Island and not ride it. 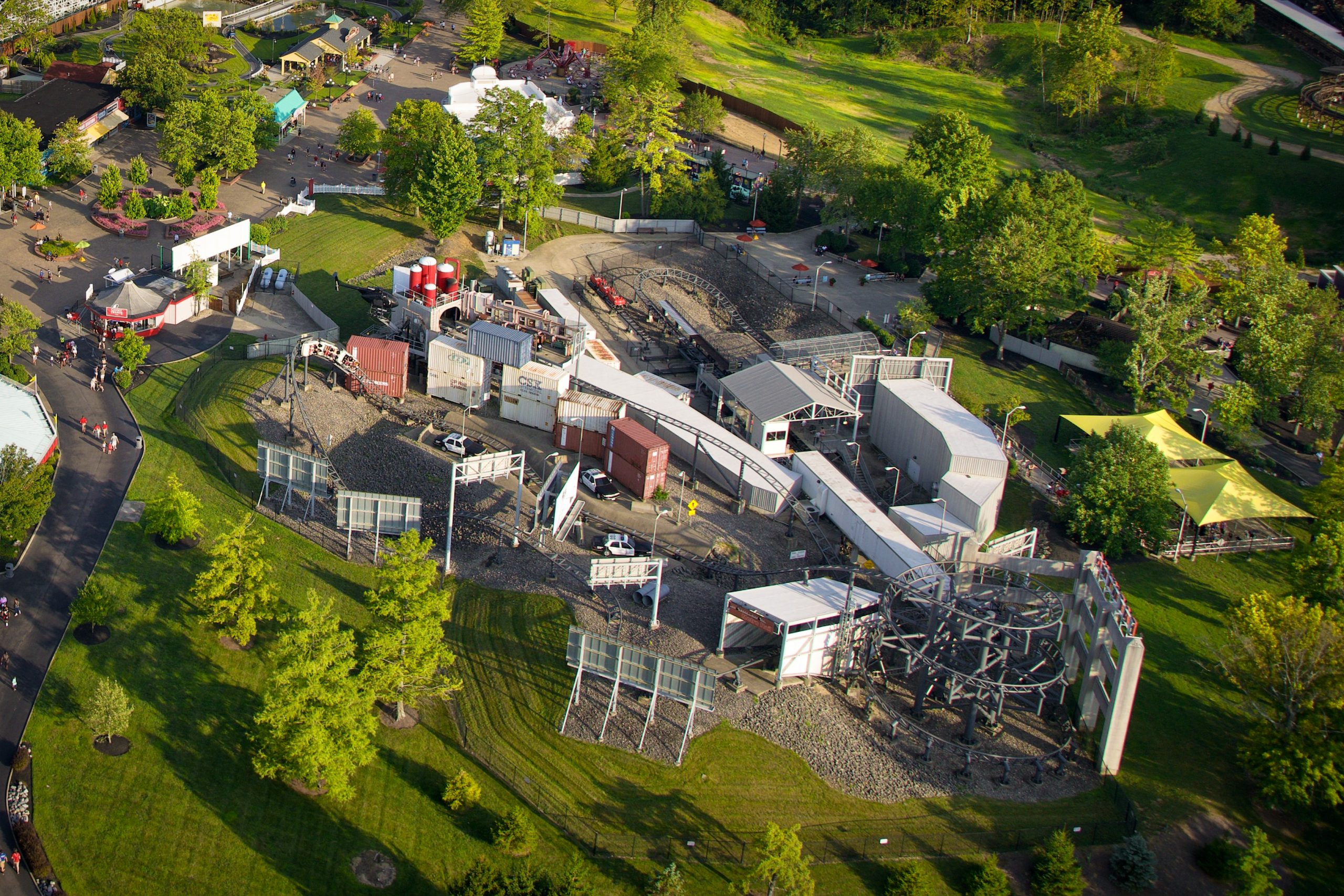 We were the biggest Vortex fans and the announcement of it closing hit hard, the news we received on an already bizarre day on our trip to China. However, the landscaping in its former spot is meticulous and though we miss the coaster, the park remains gorgeous and perhaps a little less “busy” on the eyes. The removal did not affect the park’s lineup as badly as we thought it would. 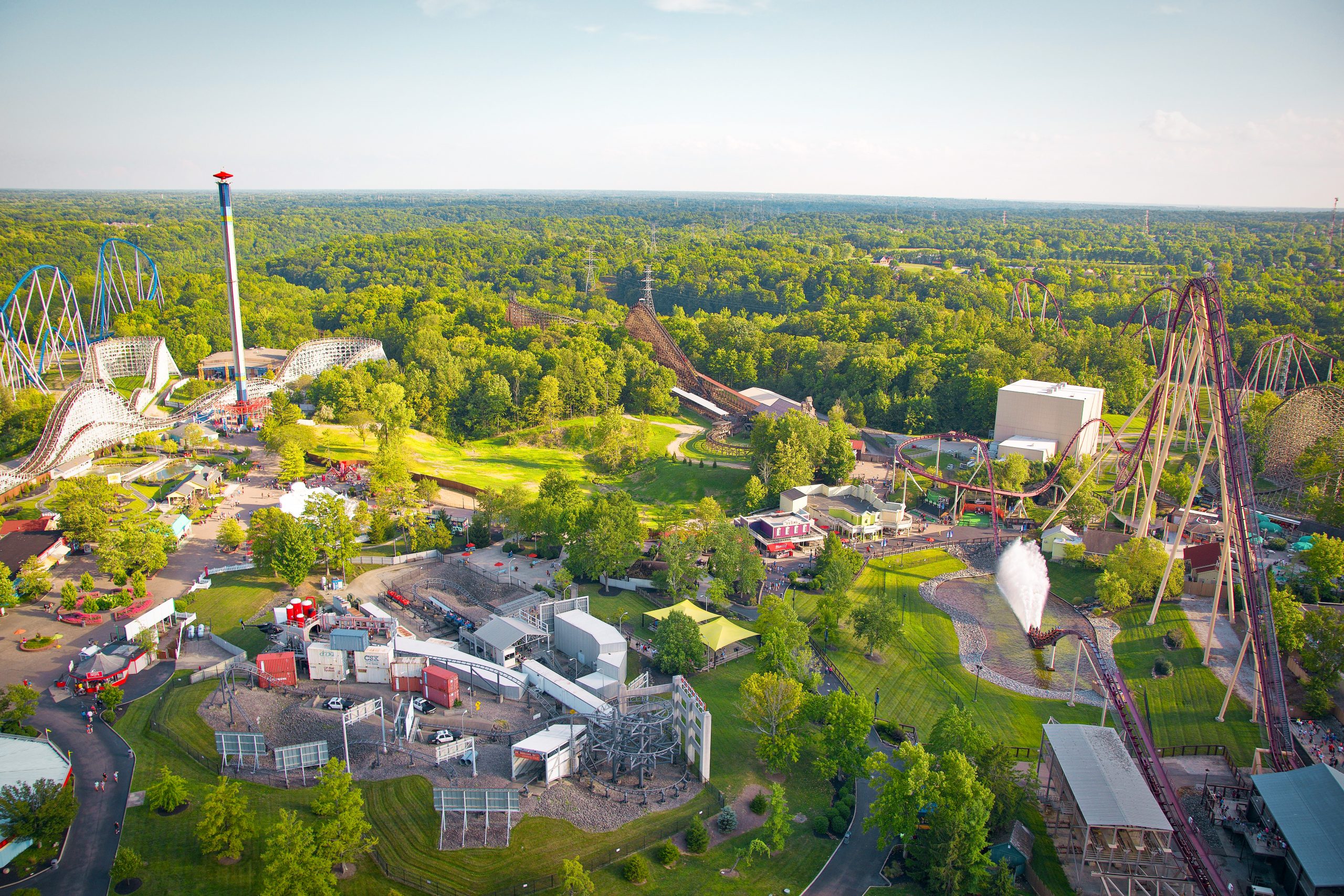 It almost saddens me that one of Paramount’s last big moves was this coaster. This is so essentially Paramount, and really brought that movie/stunt/studio/special effect idea to life as the most quintessential Paramount ride, in the dead center of Kings Island. At the same time the industrial theme of the ride is complimented with gorgeous landscaping. It’s incredibly underrated in my opinion. 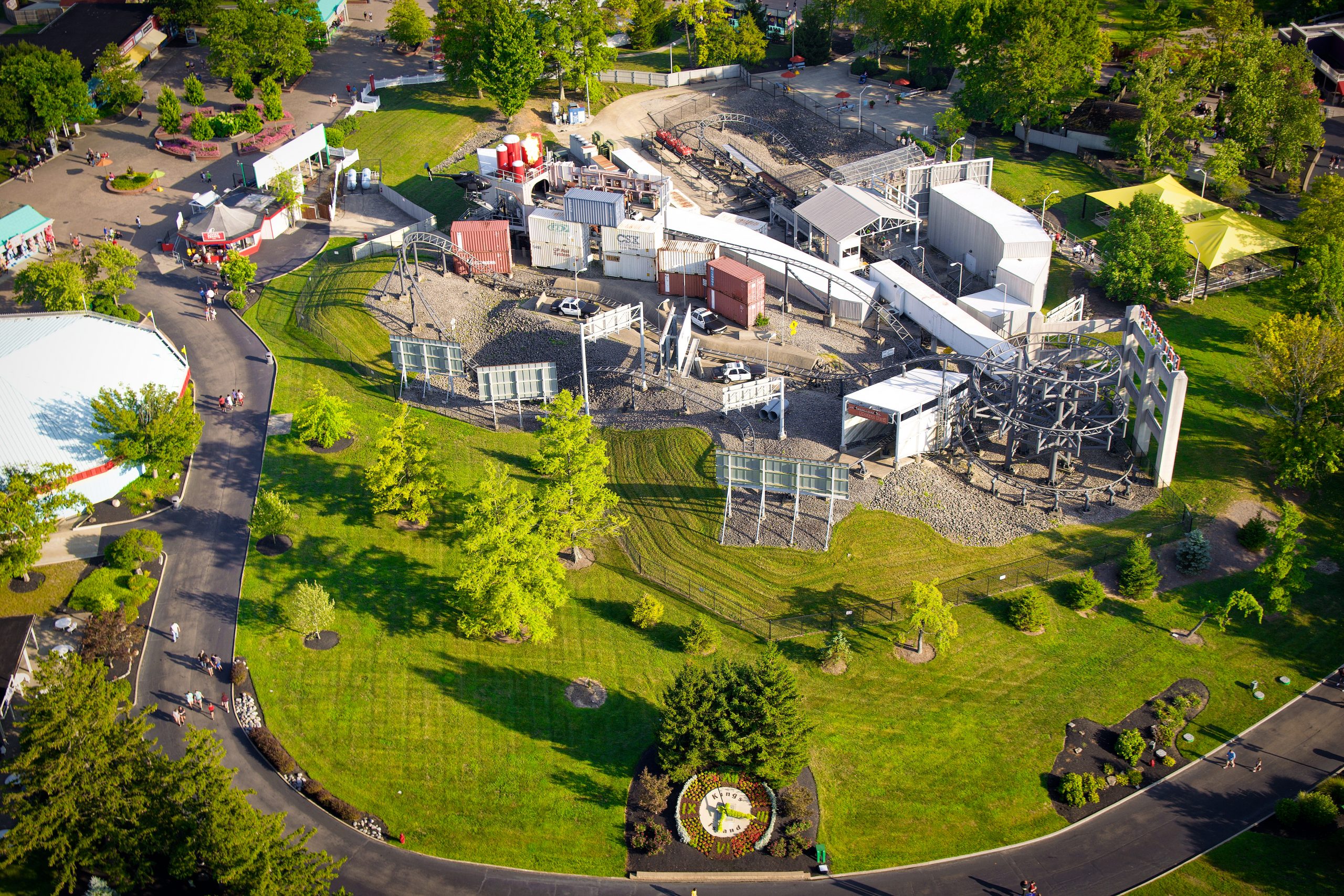 One side of the park that I really think could use an update is Planet Snoopy. Regarded as the best kiddie area in the US (for regional parks anyways), the theme of Planet Snoopy is a bit too concrete-y to me. I would love a Camp Snoopy redo, much like Carowinds did. After all, the log flume is already camp themed! 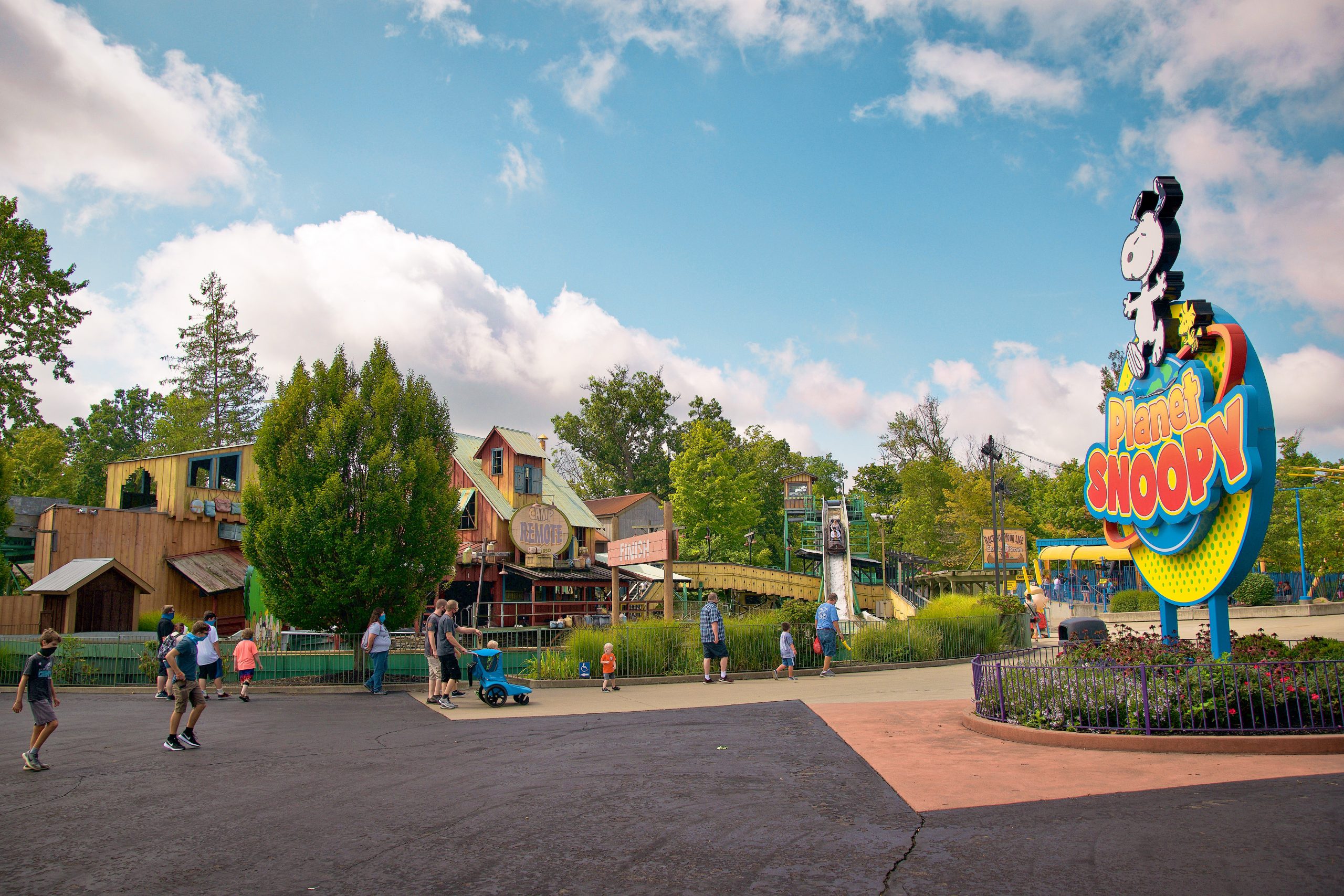 Planet Snoopy has one of the best family/kiddie lineups of any area in the US regional theme park scheme. I truly think this theme could be attached to Mystic Timbers and carry the camp theme. Would love to see it! 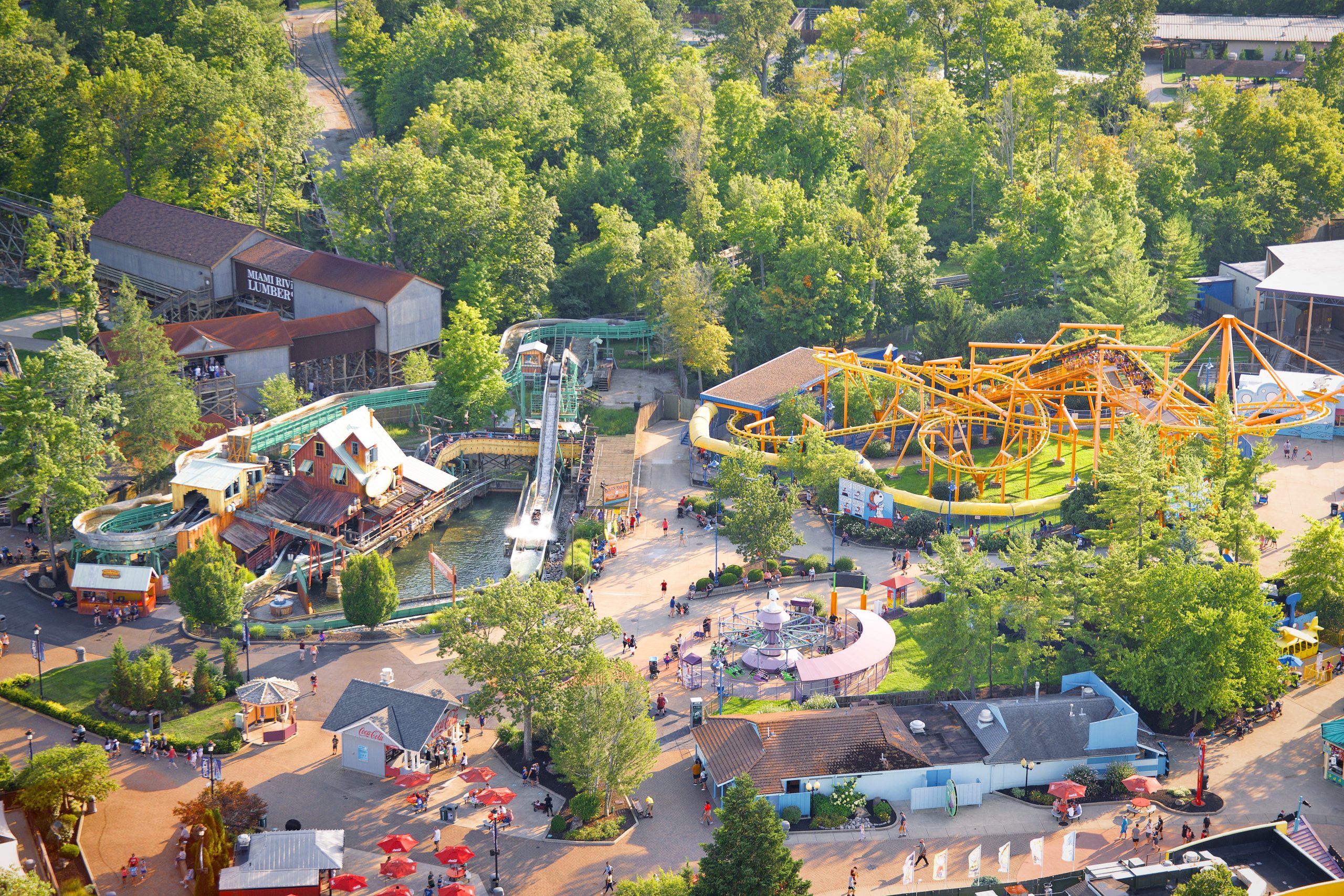 The side of the park housing Diamonback and Mystic Timbers feels very cohesive and is a pleasure to walk through. Though I will say Diamonback runs like trash. It hammers no matter where in the train we sit. It’s unfortunate. 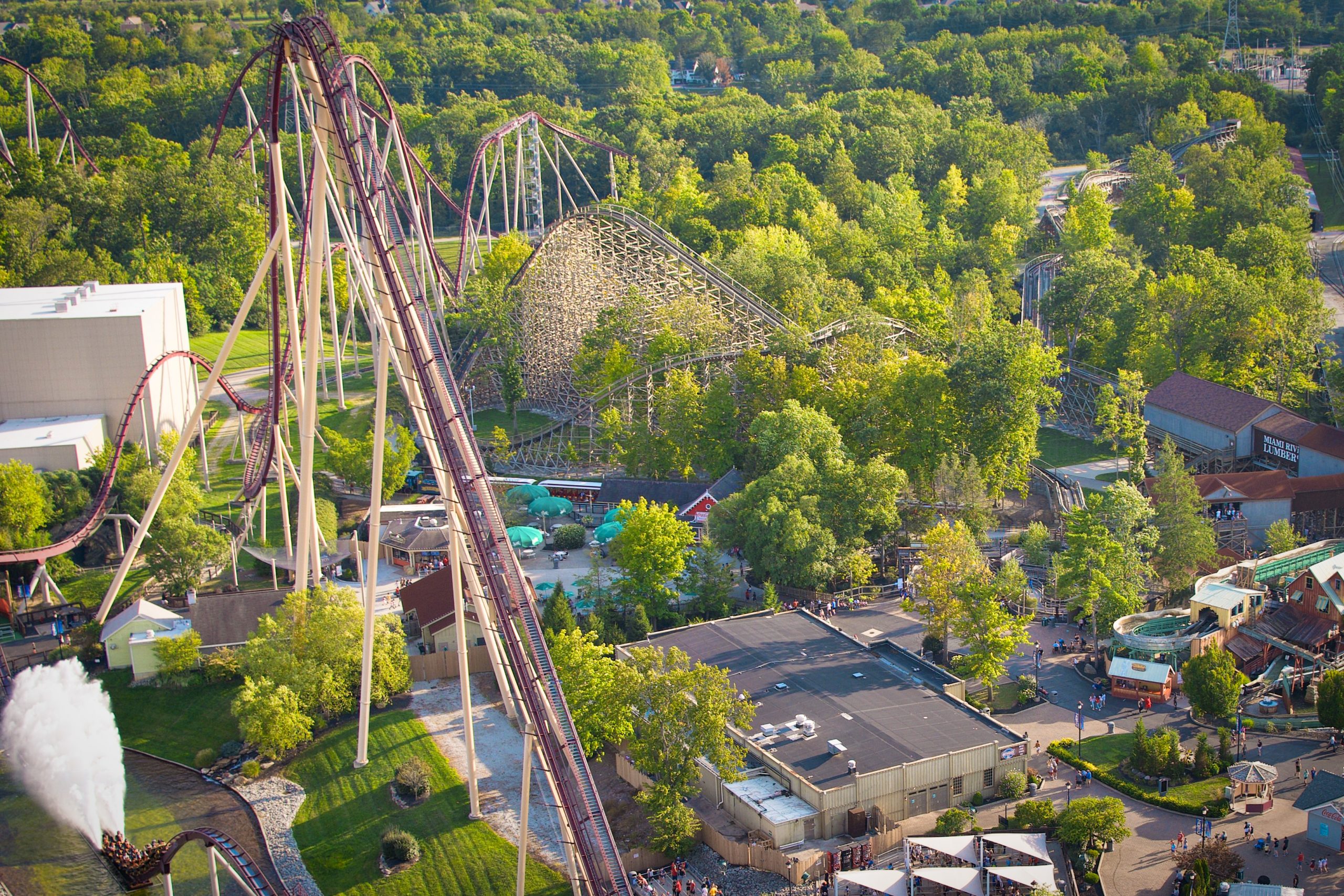 Speaking of Mystic Timbers, the ride has really grown on us. It is a bit short for a GCI woodie, the layout is quite unusual and lacks those usual transitions. 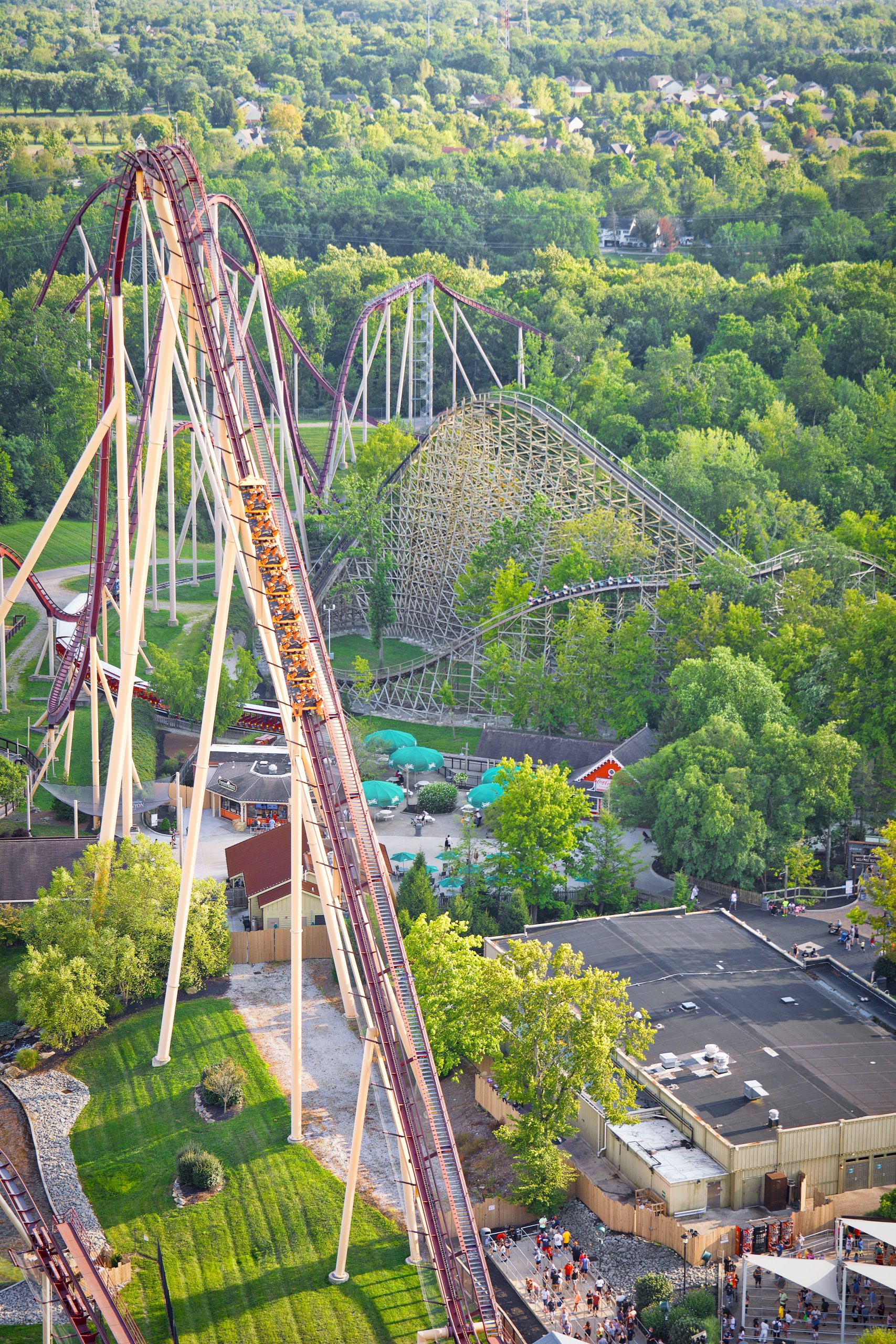 However, now the ride is starting to age a tad bit, and starts feeling like a true woodie, it really starts to grow on us. It’s a kick-ass woodie that ends a quick abruptly. 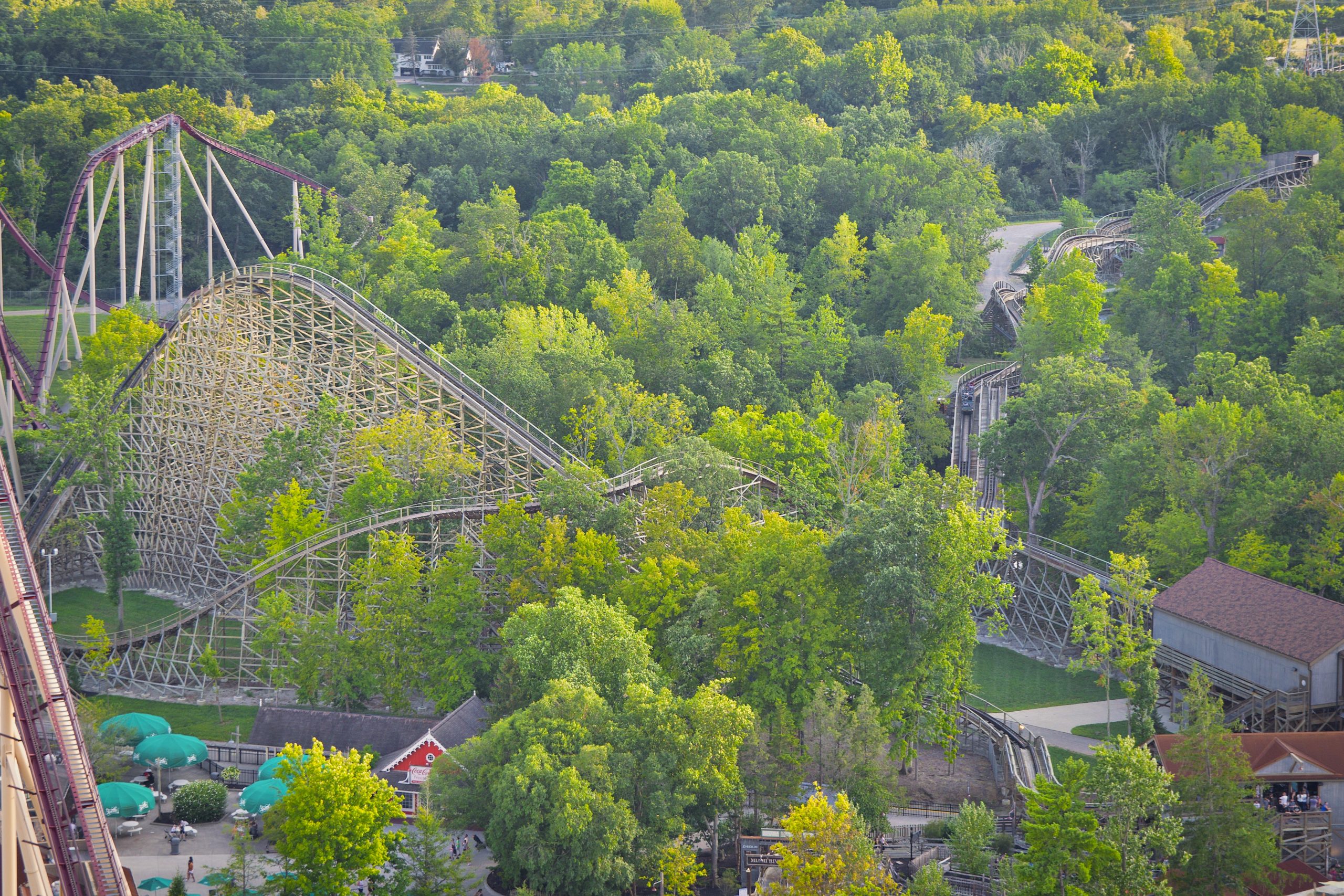 The park’s lush green surroundings are giving me life. Rides like Mystic Timbers, Diamonback, Beast, Bat, Adventure Express, etc… really make me feel as if I’m traveling somewhere. Most parks can simply not do this and have this well-balanced of a lineup. 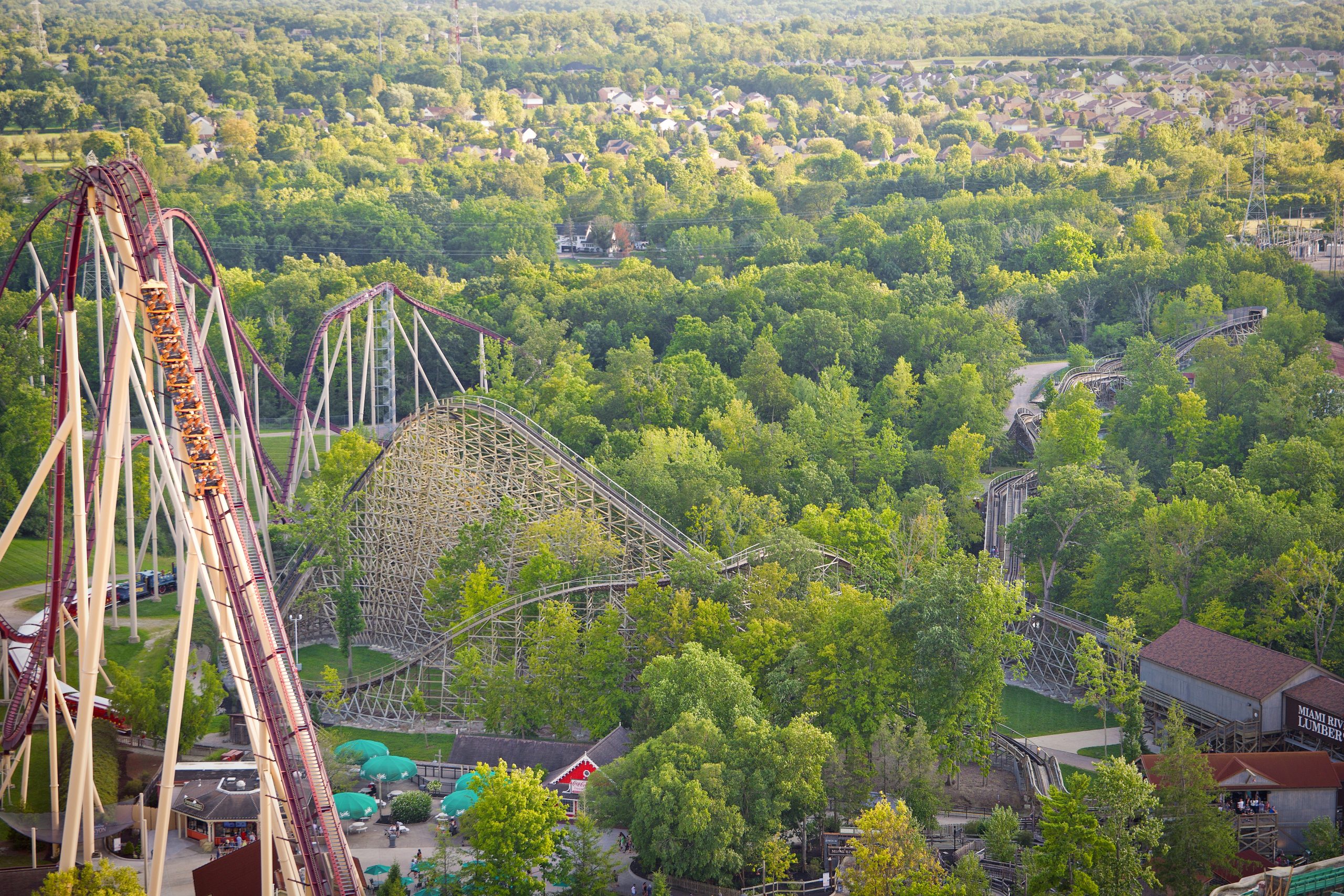 I think my favorite part of Diamonback is just looking at the long trains slither through the woods and creating that amazing splashdown finale. Perhaps the best part of the ride is best admired off-ride. Clearly it’s all about the looks at Kings Island. 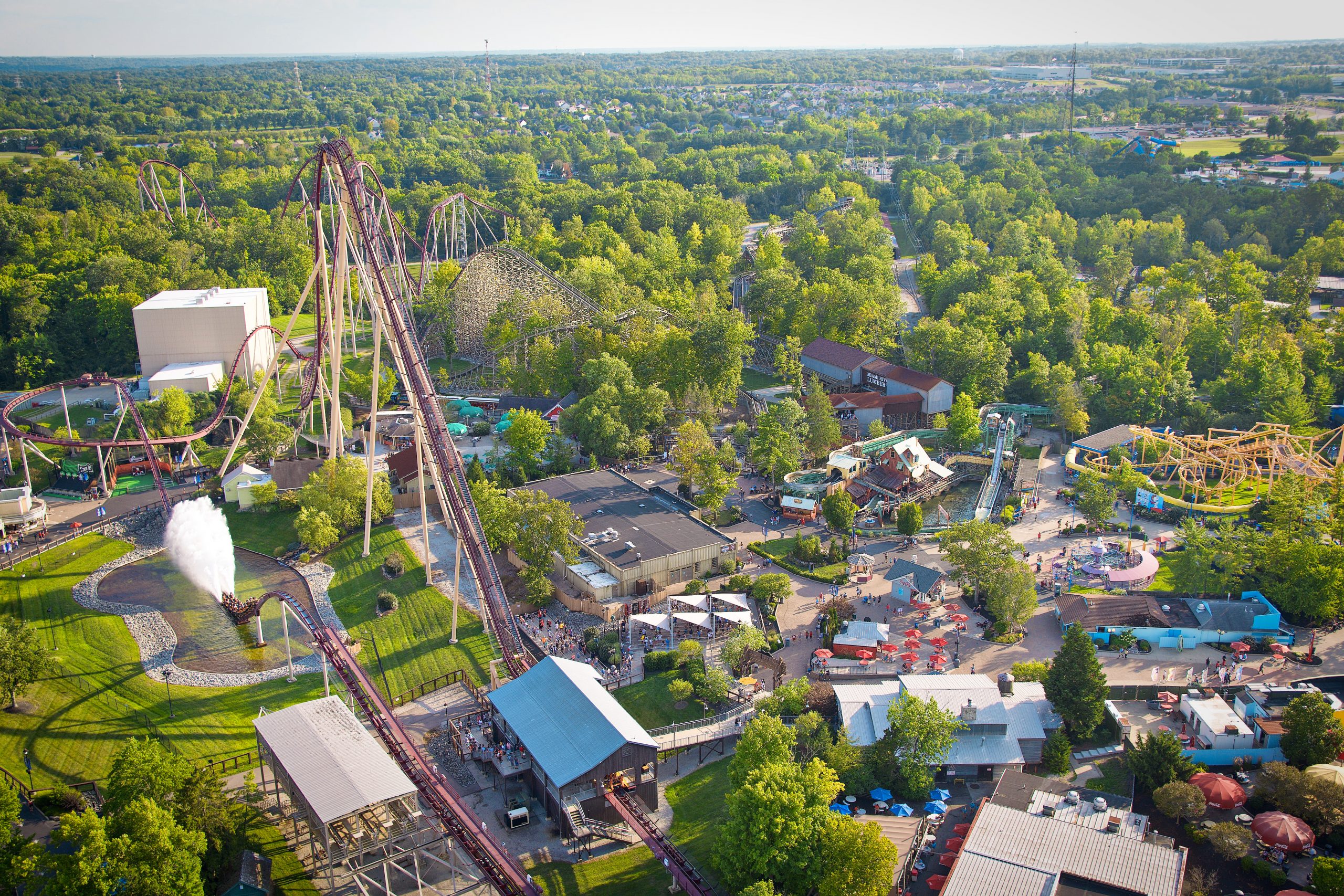 Though I clearly have always despised Diamondback because of its hammering rattle. I will say that the layout is the strongest of any of the North American V-Seating B&M Hypers. It really is good. 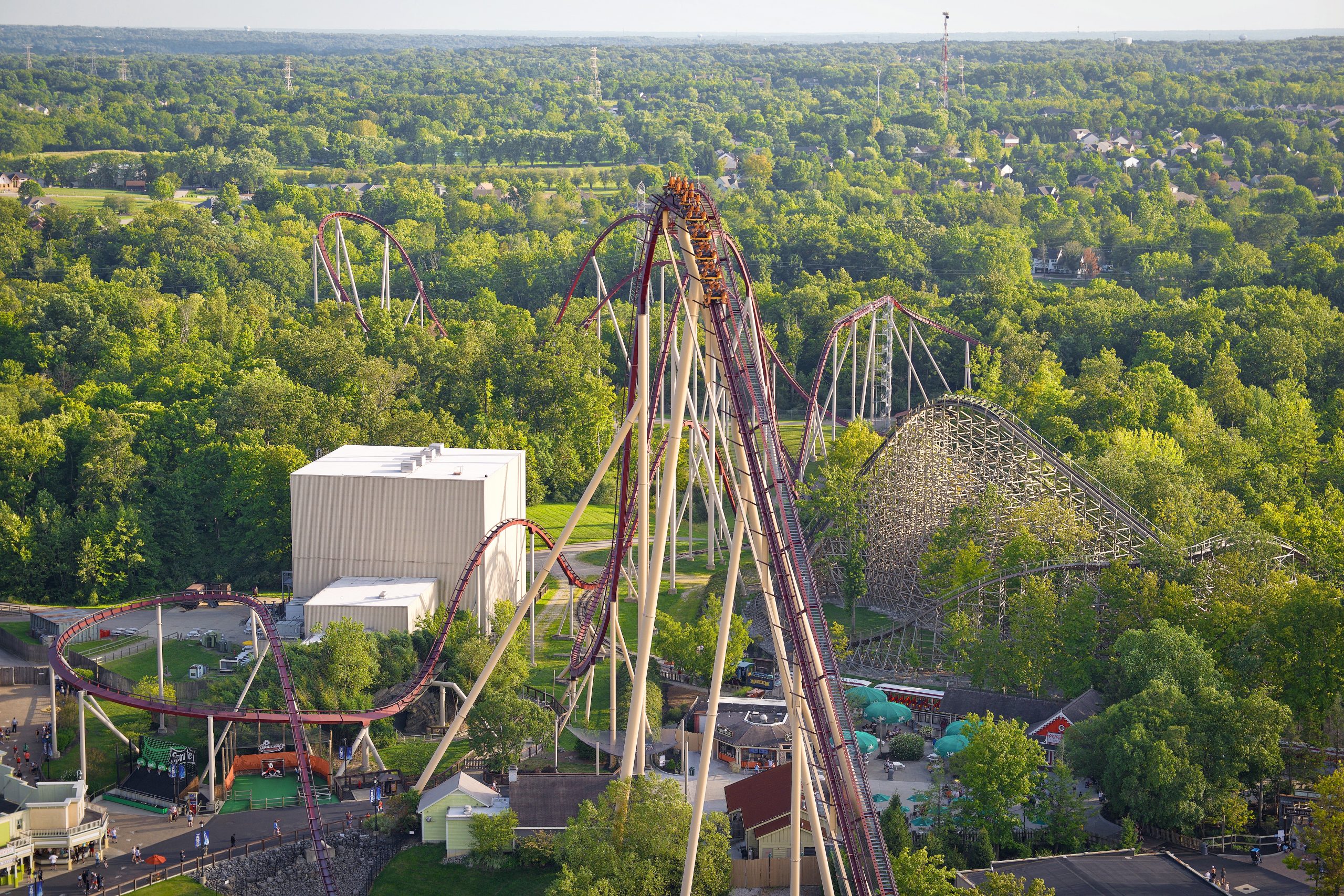 See, when we get to the top of the Eiffel Tower, we will spend hours up here to take pictures and enjoy the park’s gorgeous rides off-ride. 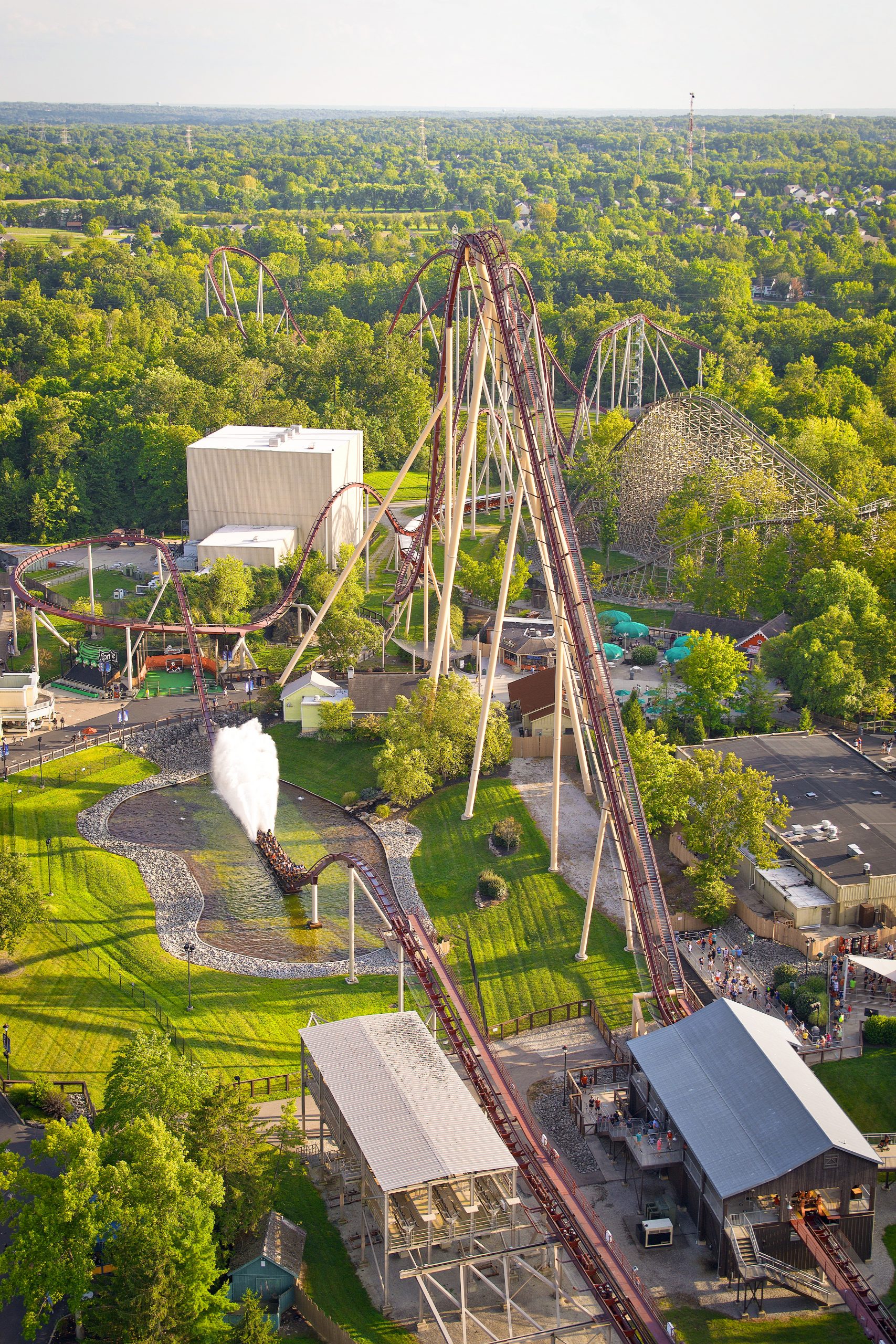 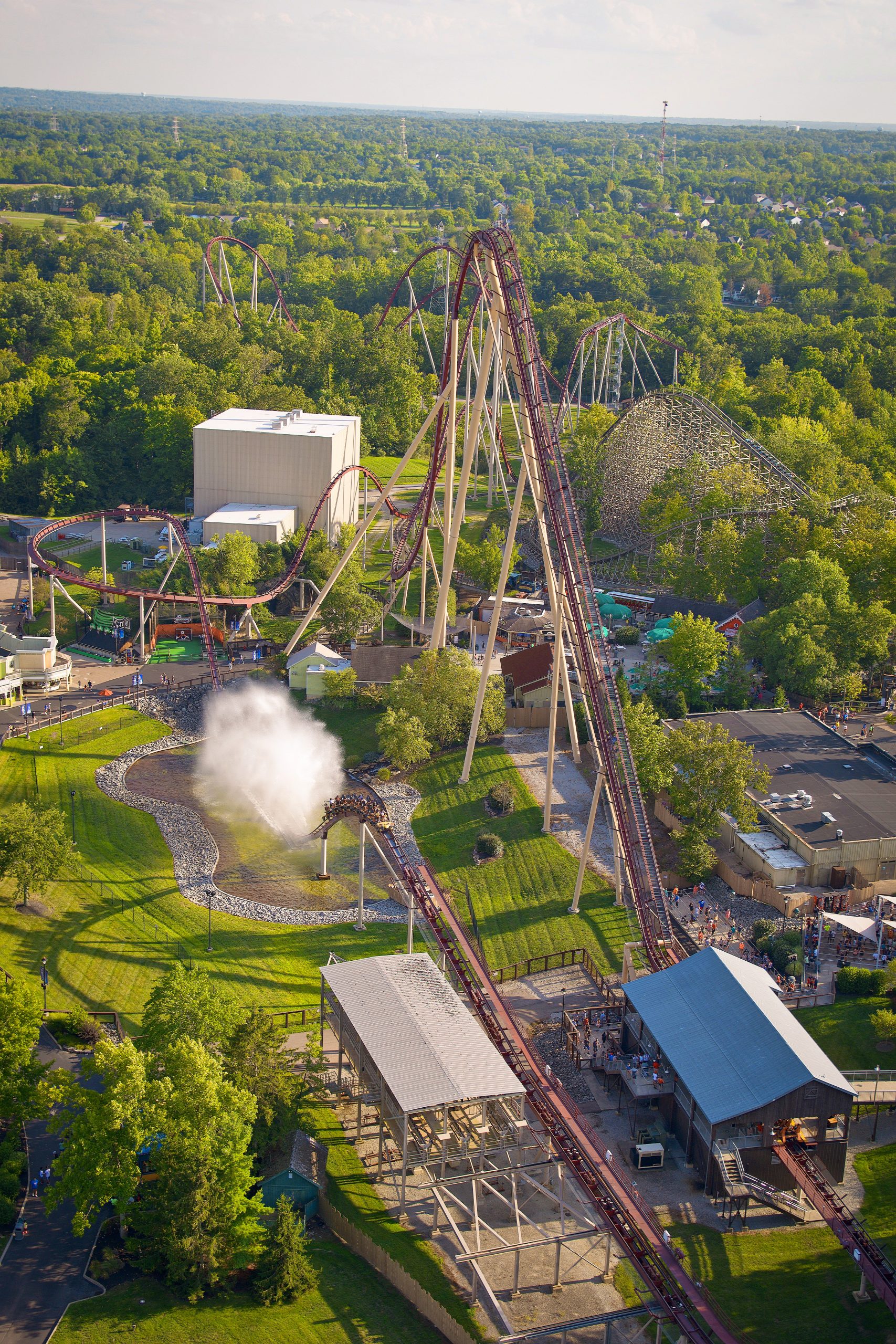 Of course the king of the woods is still Beast. The ride can cause me some serious hip pain in the wrong seats (with too many rerides) but the middle-seats in the 3-bench PTCs still deliver priceless rides. I just can’t fathom that they ever built this ridiculously long coaster with so much superstructure. 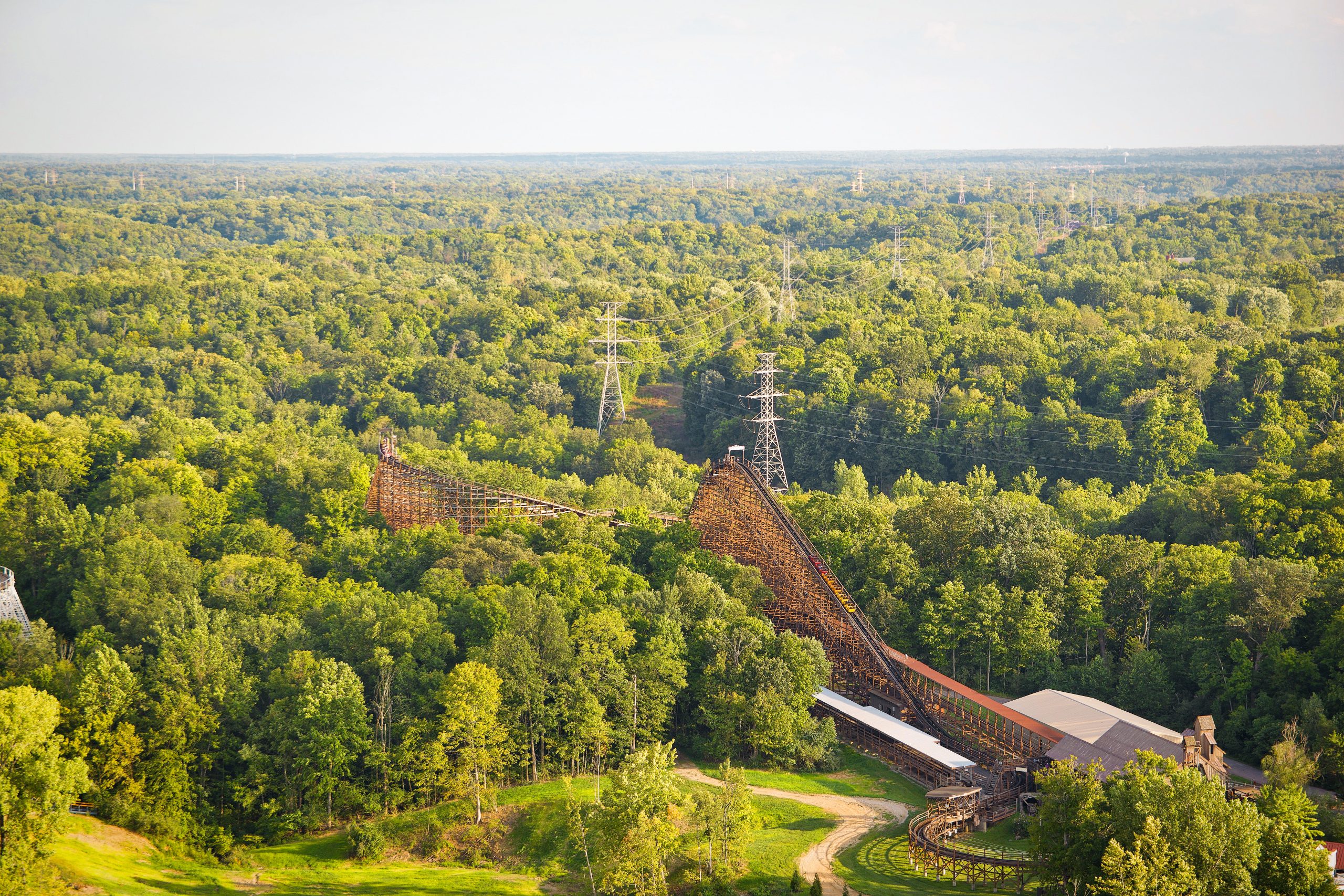 We got lucky to catch a few trains in the same shot! The coaster of course is also the perfect night ride. We can’t visit and not ride THE Kings Island coaster. It ranked well in our Ohio top 10 for this reason. It’s just so unique. 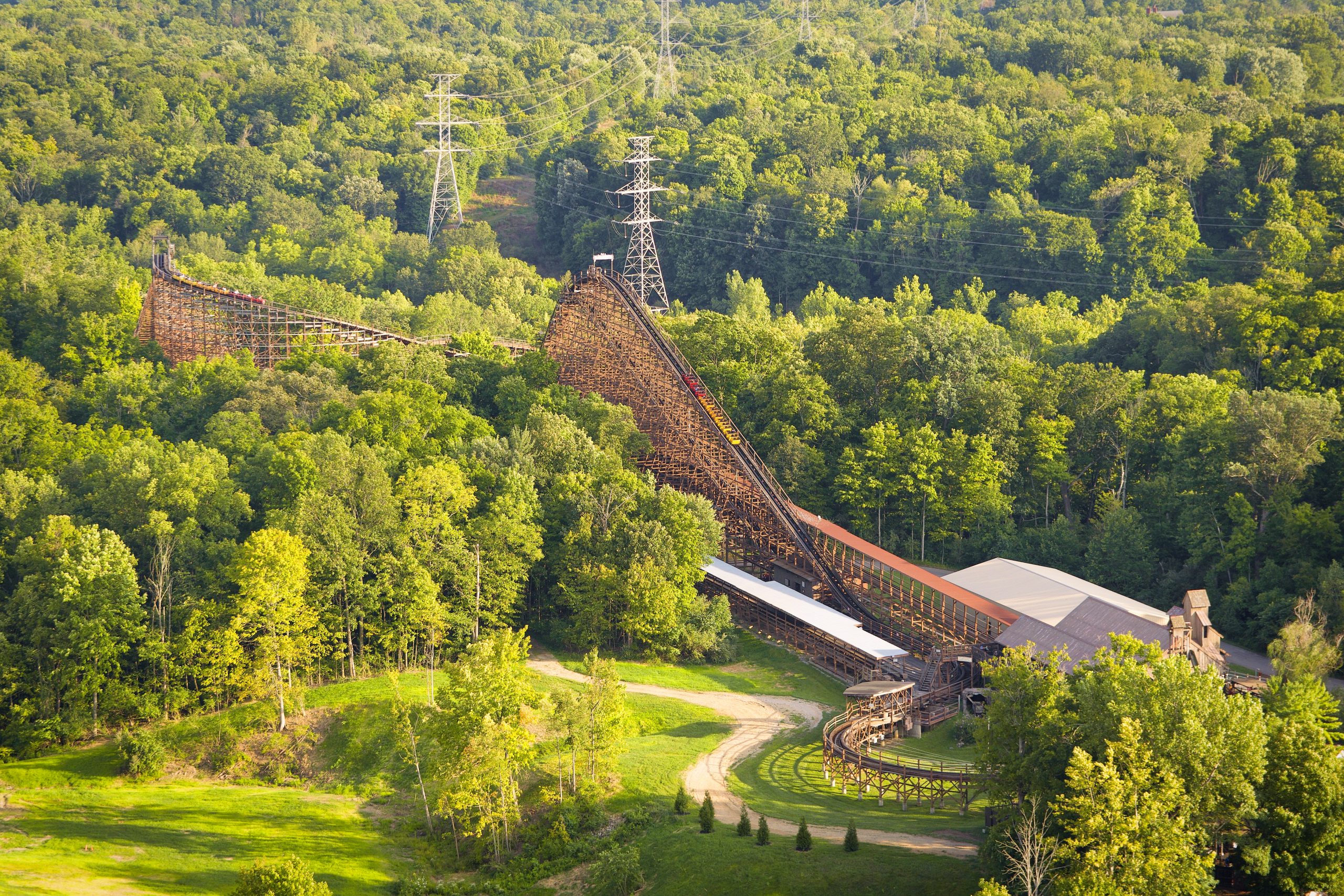 Lately the lights have been on in the final helix of the ride. Much to the disappointment of fans. However, I love it. It’s absolutely terrifying to see how fast you race through the tunnels and how close to the walls you are. It’s insanity. 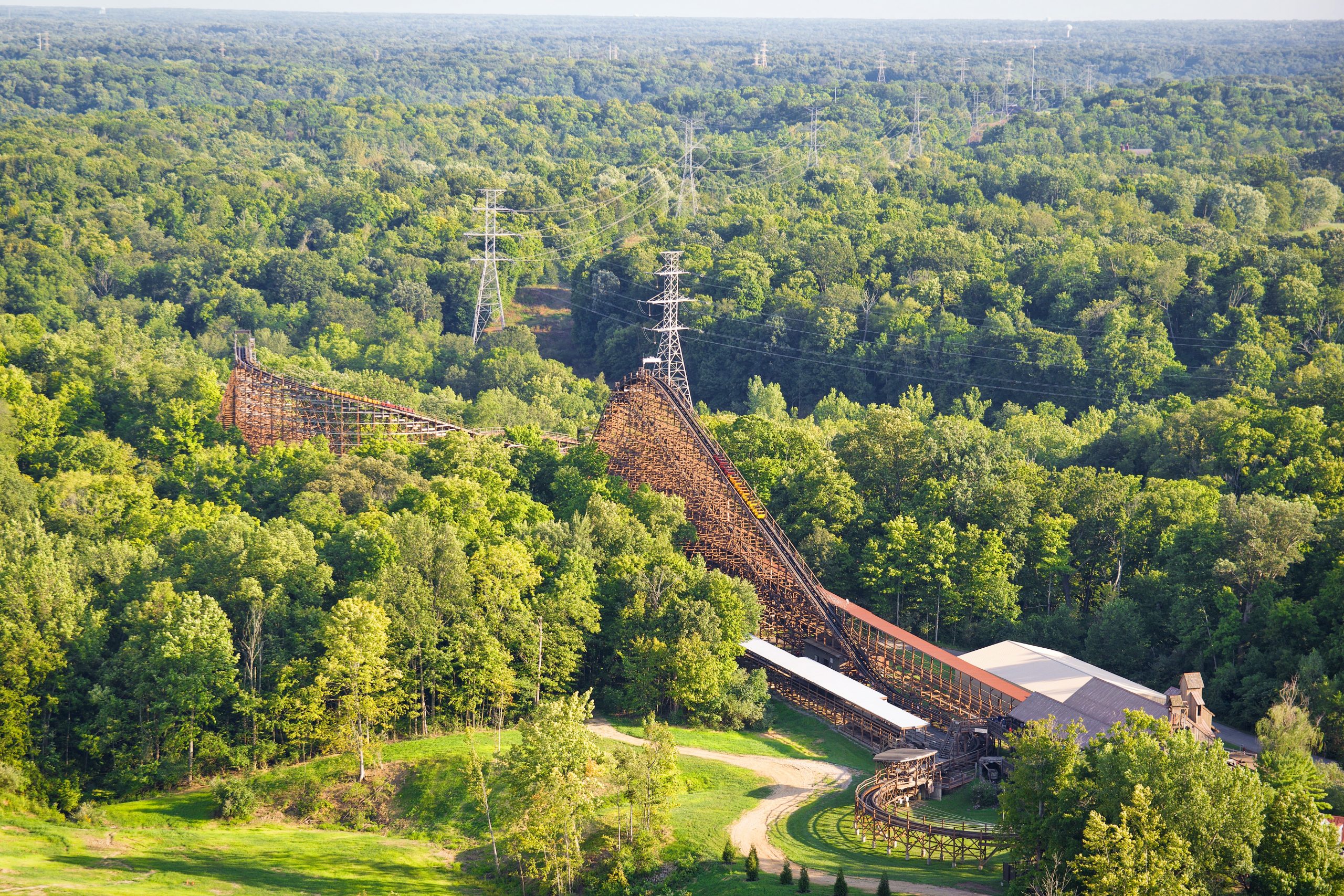 This park’s location is everything. There are definitely more scenic parks in the world, but I don’t hear people talk about Kings Island enough. 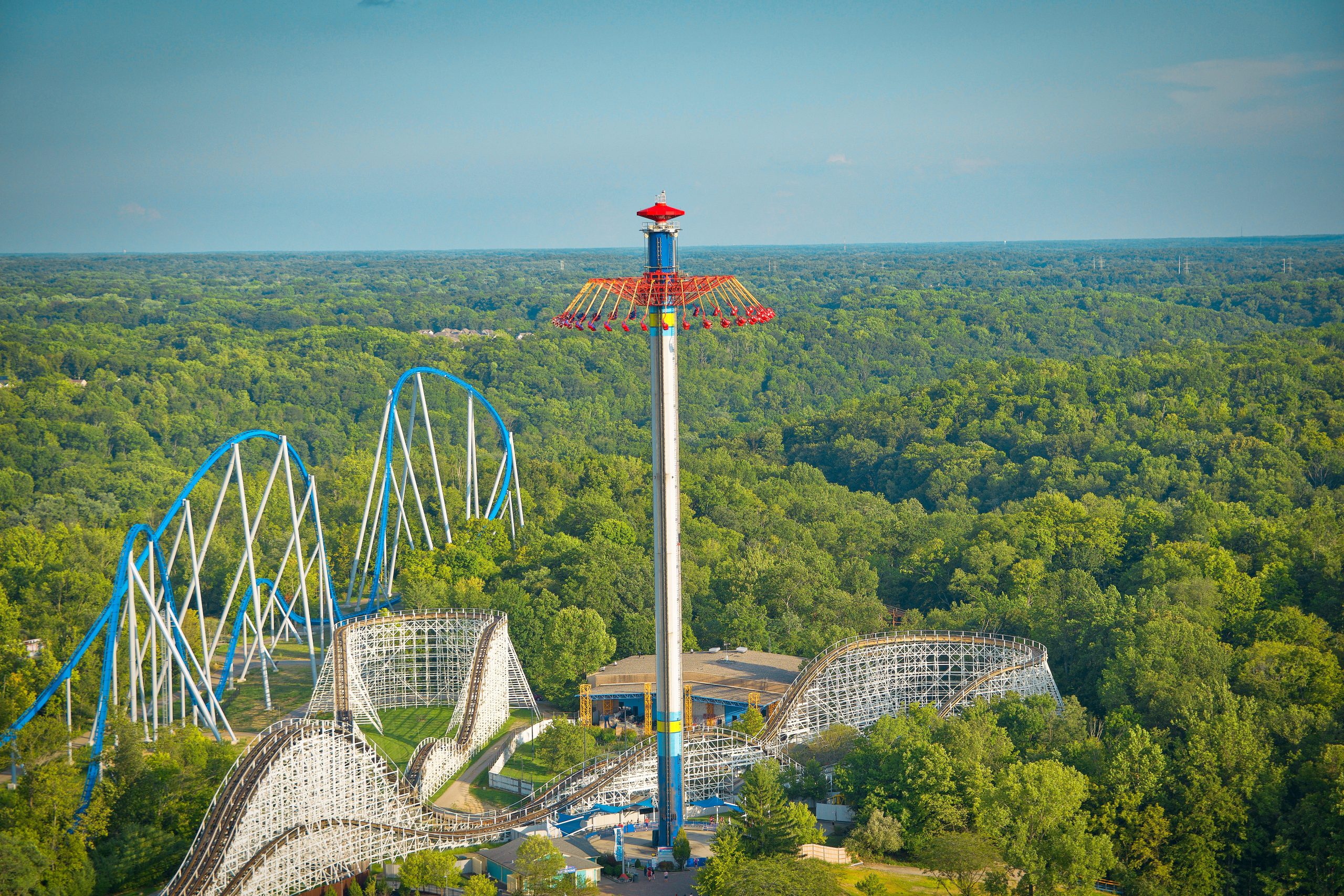 I didn’t get to ride WindSeeker this visit. The views of Orion from the ride must be incredible, however. 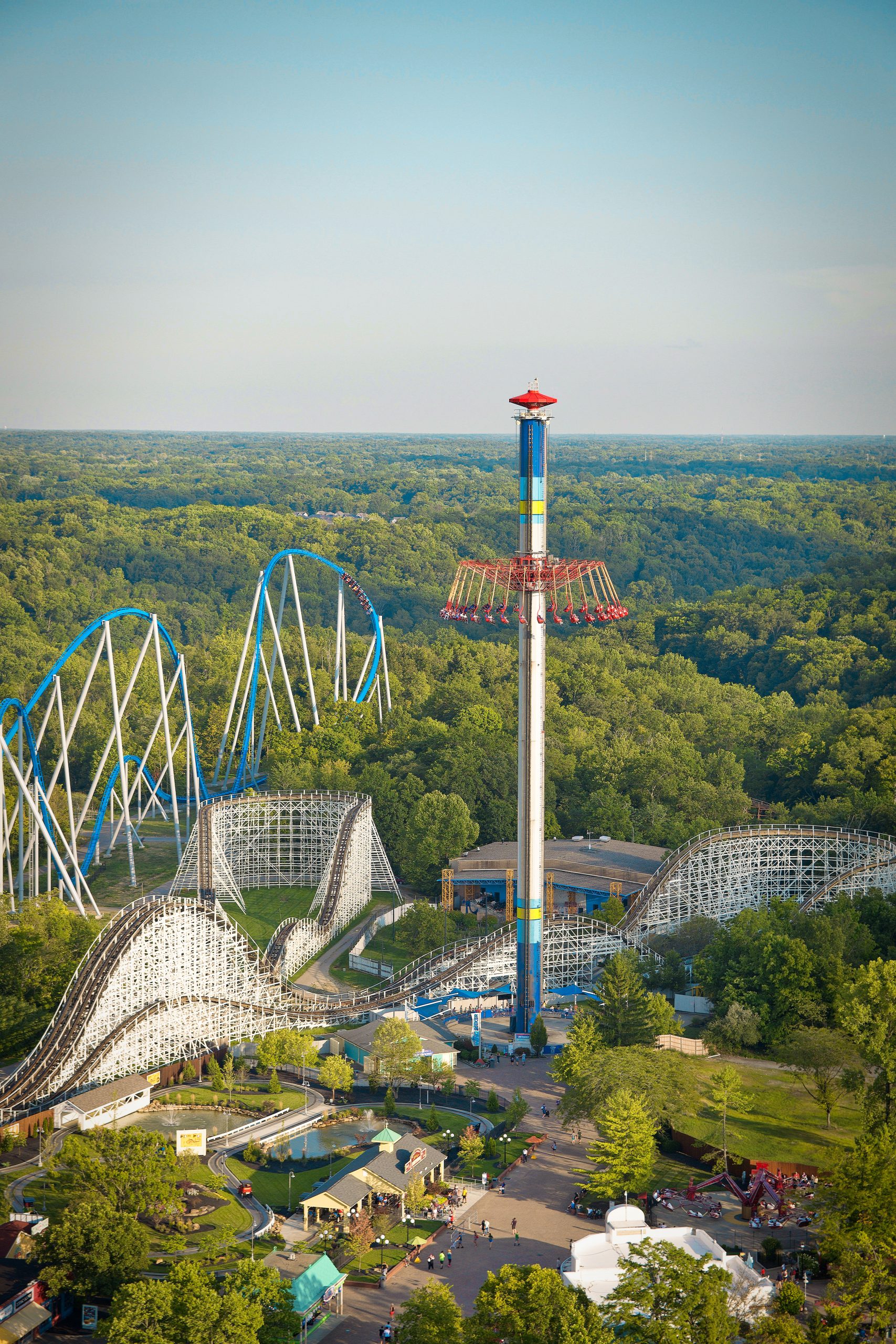 Speaking of Orion, some of the best Orion shots on the internet can be found on page 2 where we have even more amazing shots awaiting you!