We’ve been busy focusing on projects like Iron Gwazi, TRON Lightcycle / Run, and the rapidly changing progress of Jurassic World: VelociCoaster, but there is another major new coaster under construction in Central Florida: SeaWorld Orlando’s Ice Breaker! Enjoy a construction update and photo collection of the new-for-2021 coaster!

We’ll start off with a look at some of the entrance, station, and exit for the Premier Rides coaster. 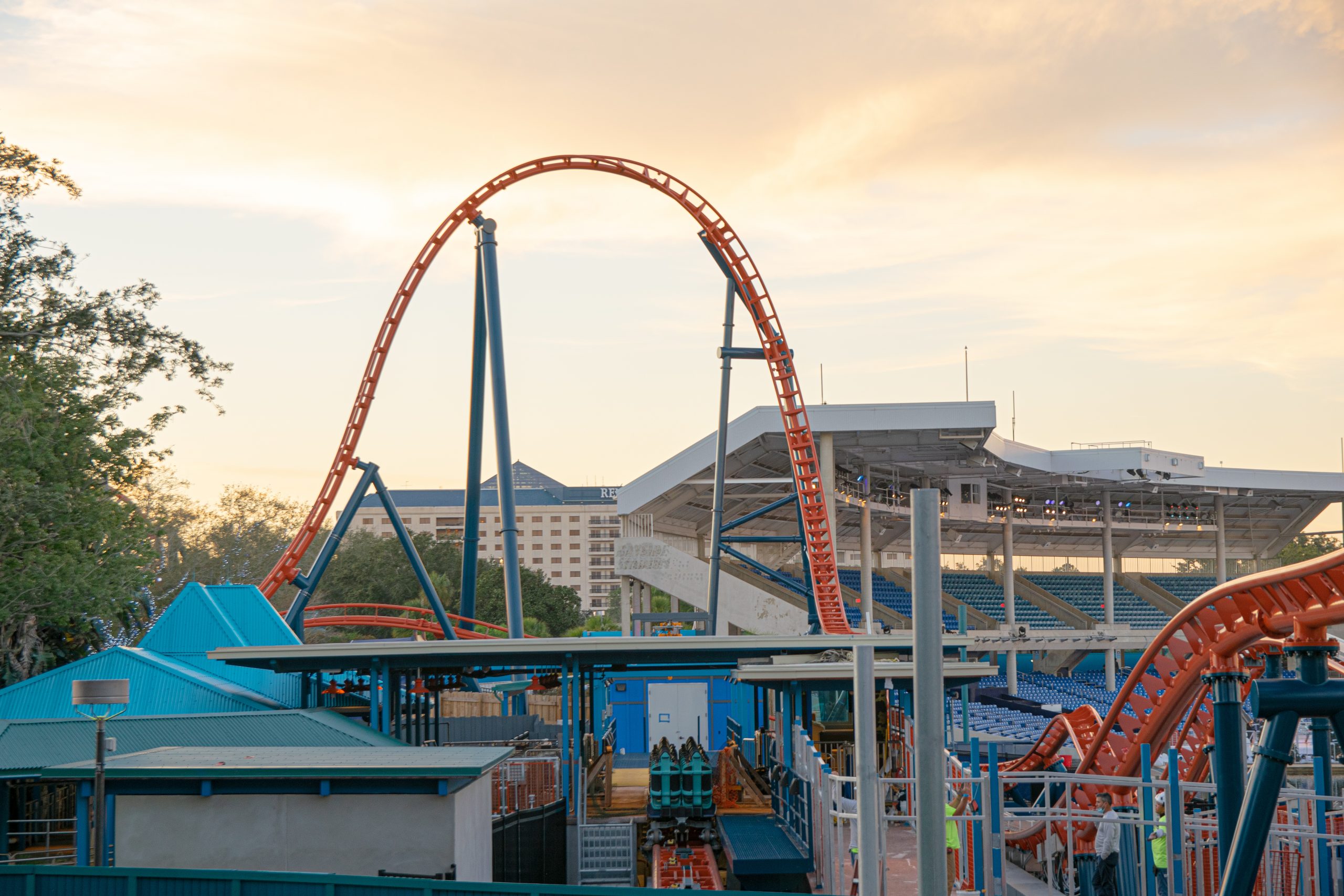 The train has been onsite for a quite a while and, besides testing out the transfer track, has yet to test cycle on the track. 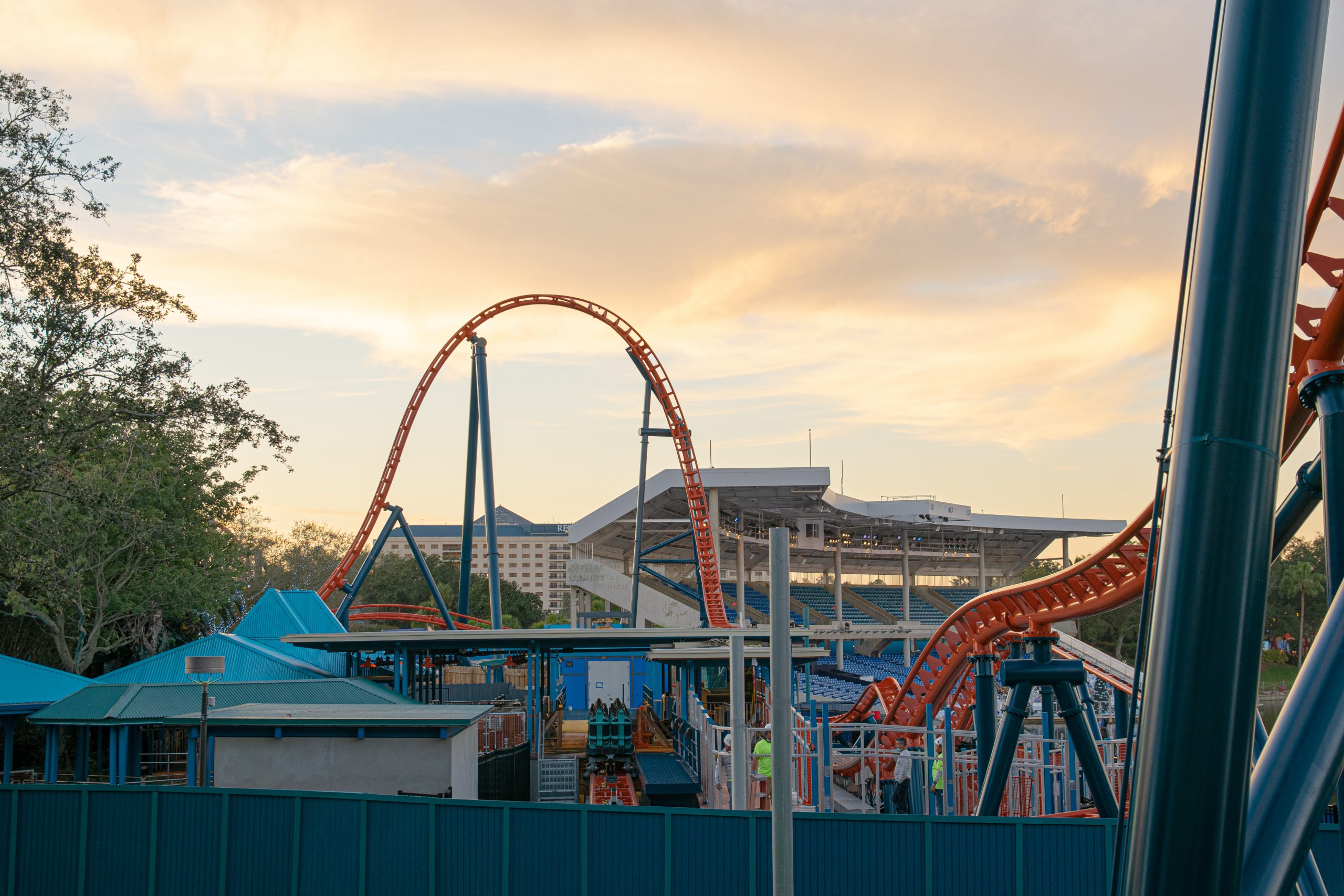 The station building itself is quite simple but seems to have all the infrastructure in place, including air gates, lights, control booth, etc. 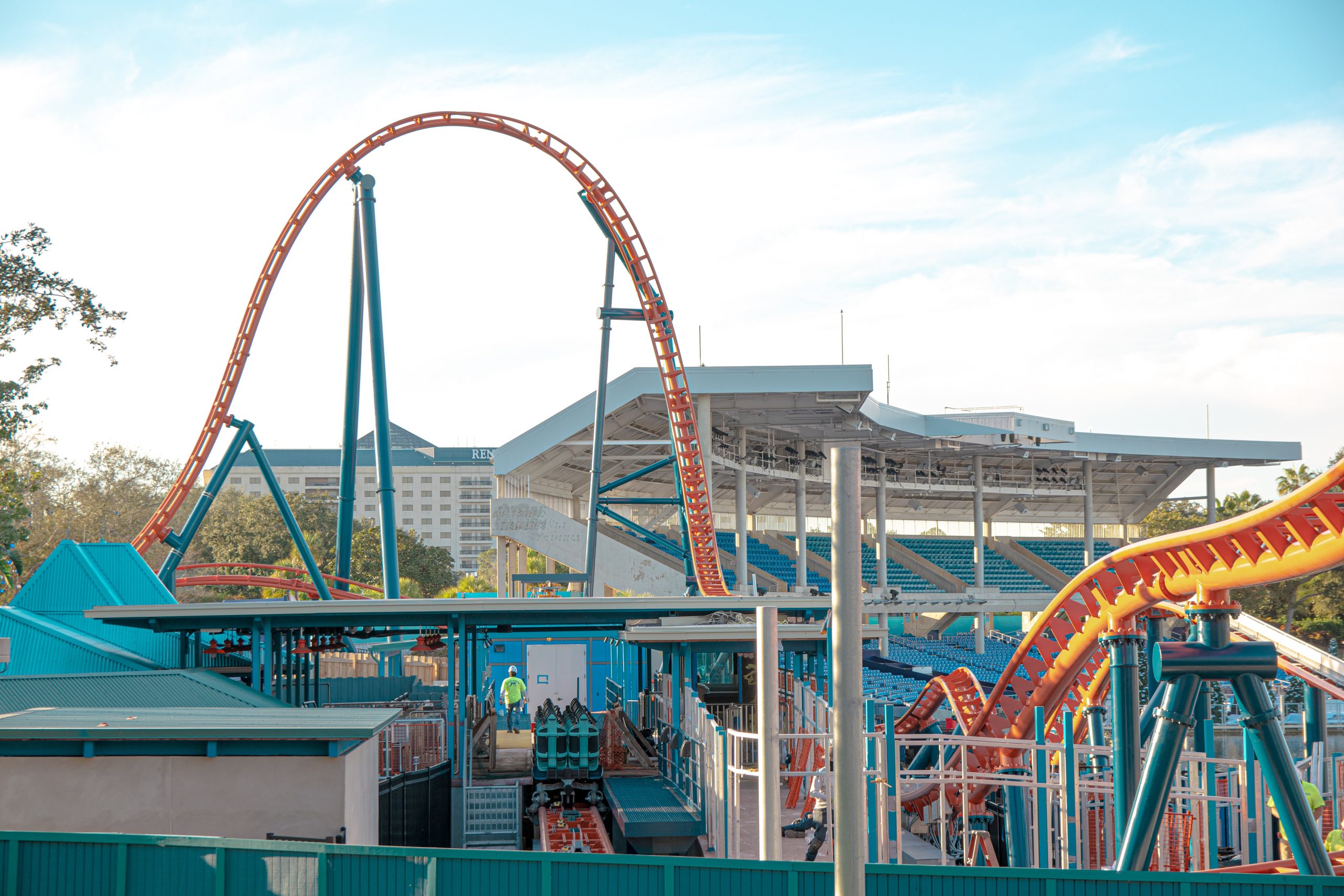 Here’s an even closer look at the station, note that the train bay where trains can be stored when they’re not running, is directly in front of the station past the transfer track. 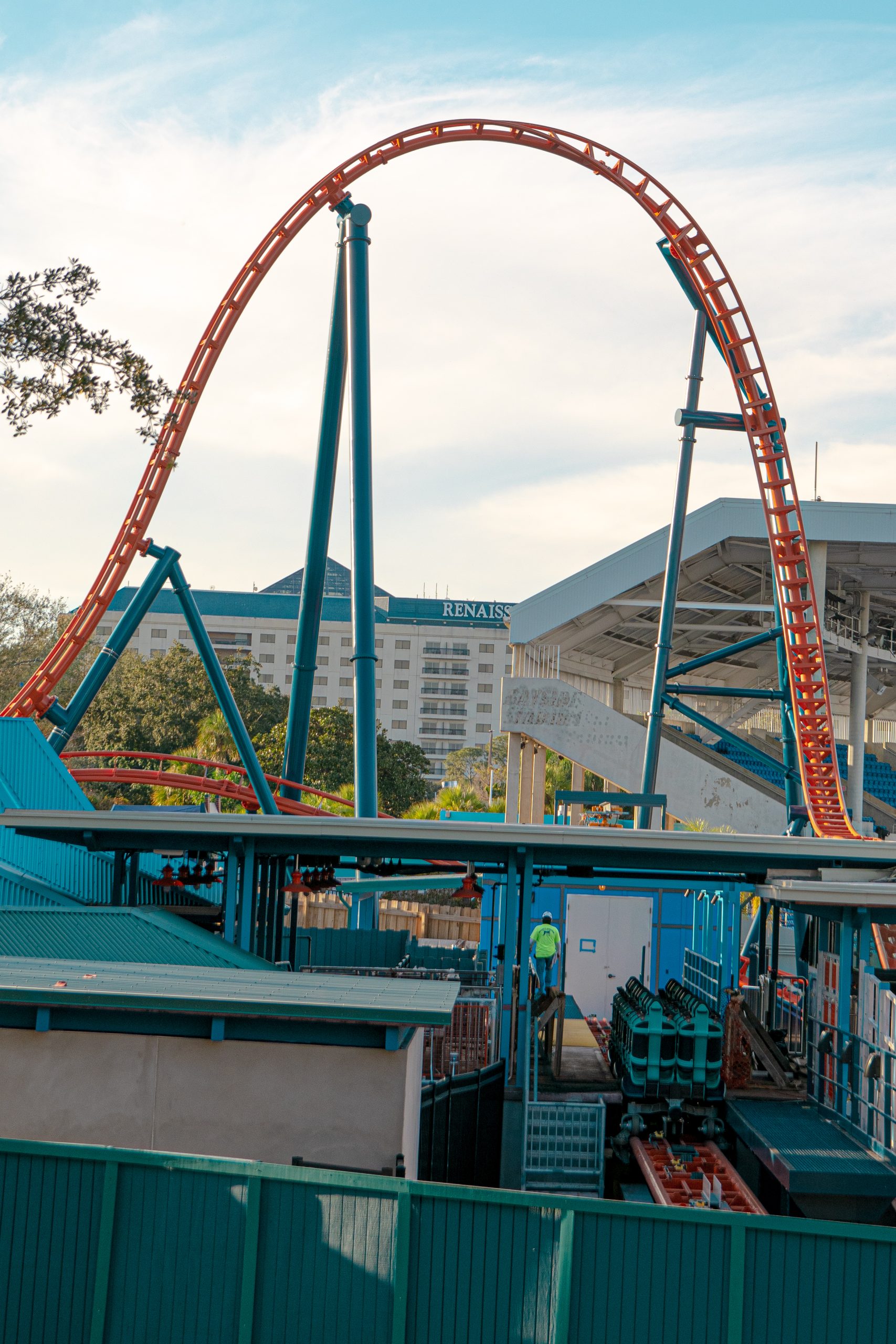 The queue for the new coaster occupies what used to be a dining terrace for Mango Joe’s a restaurant located next to the ride. Now we find a collection of switchbacks there. 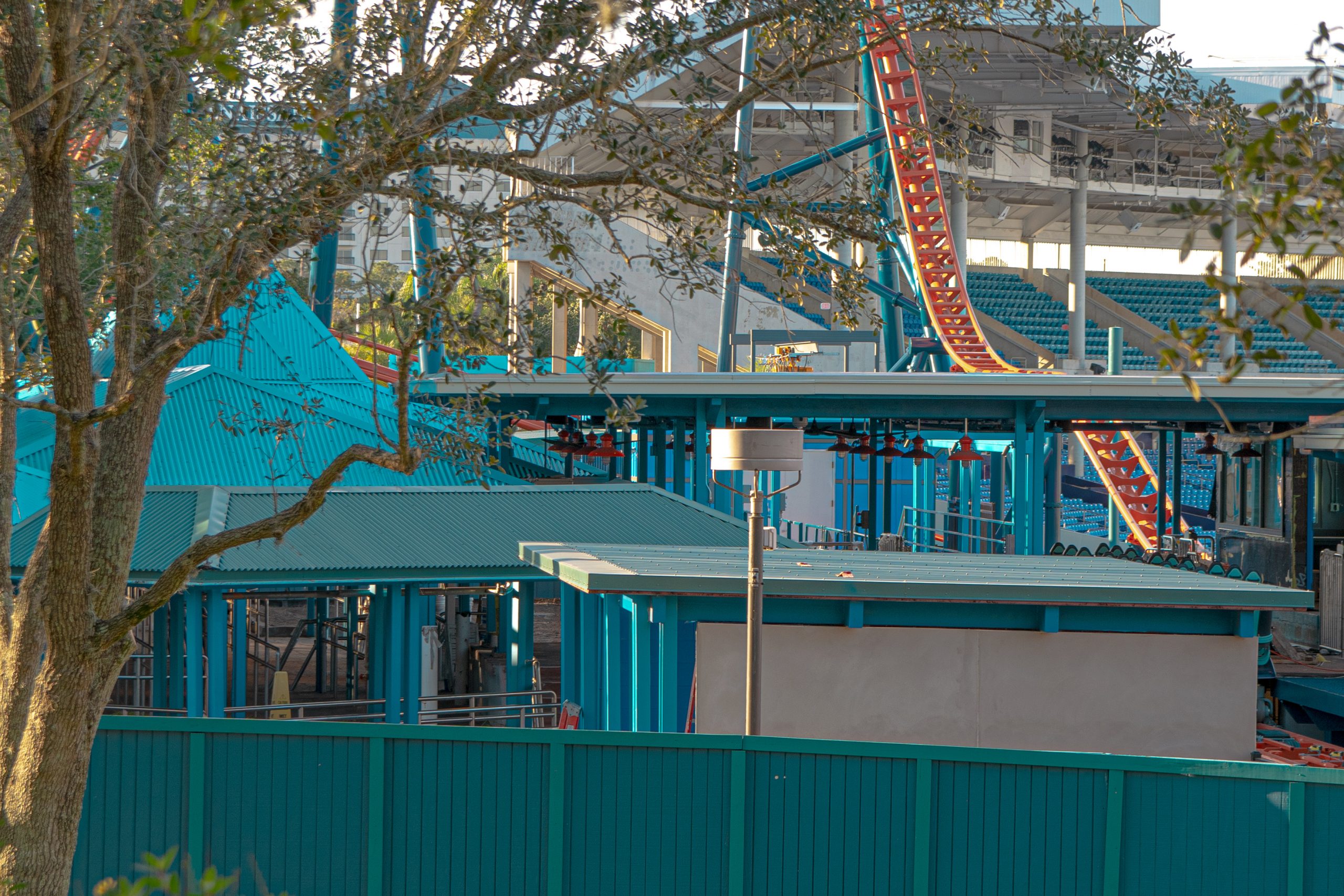 The exit for the ride will get very close to the coaster’s brake run and double up, thus is guarded with high fences. 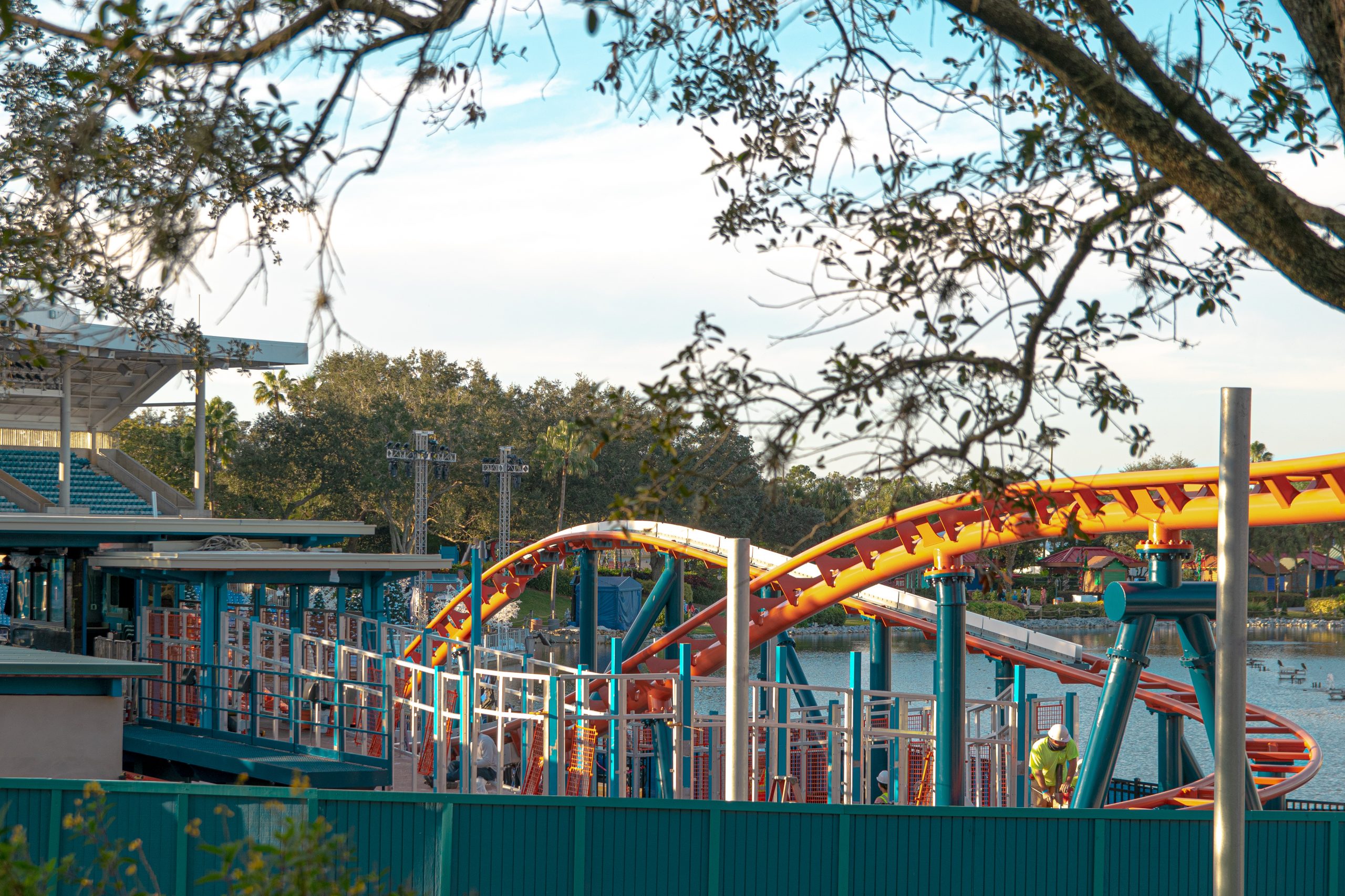 The exit tightly navigates the coaster’s compact layout but should offer a pretty awesome view of the return airtime hills: 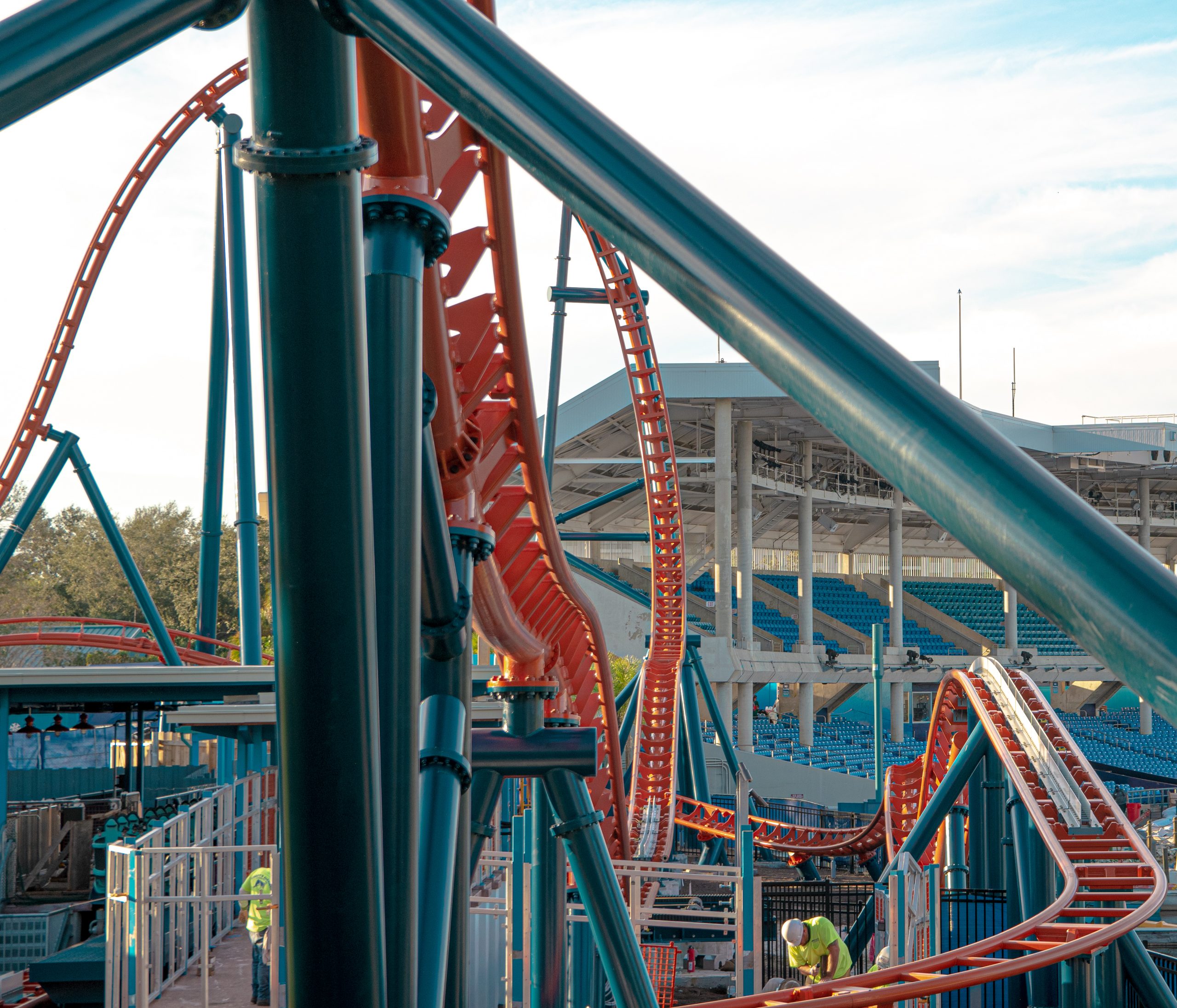 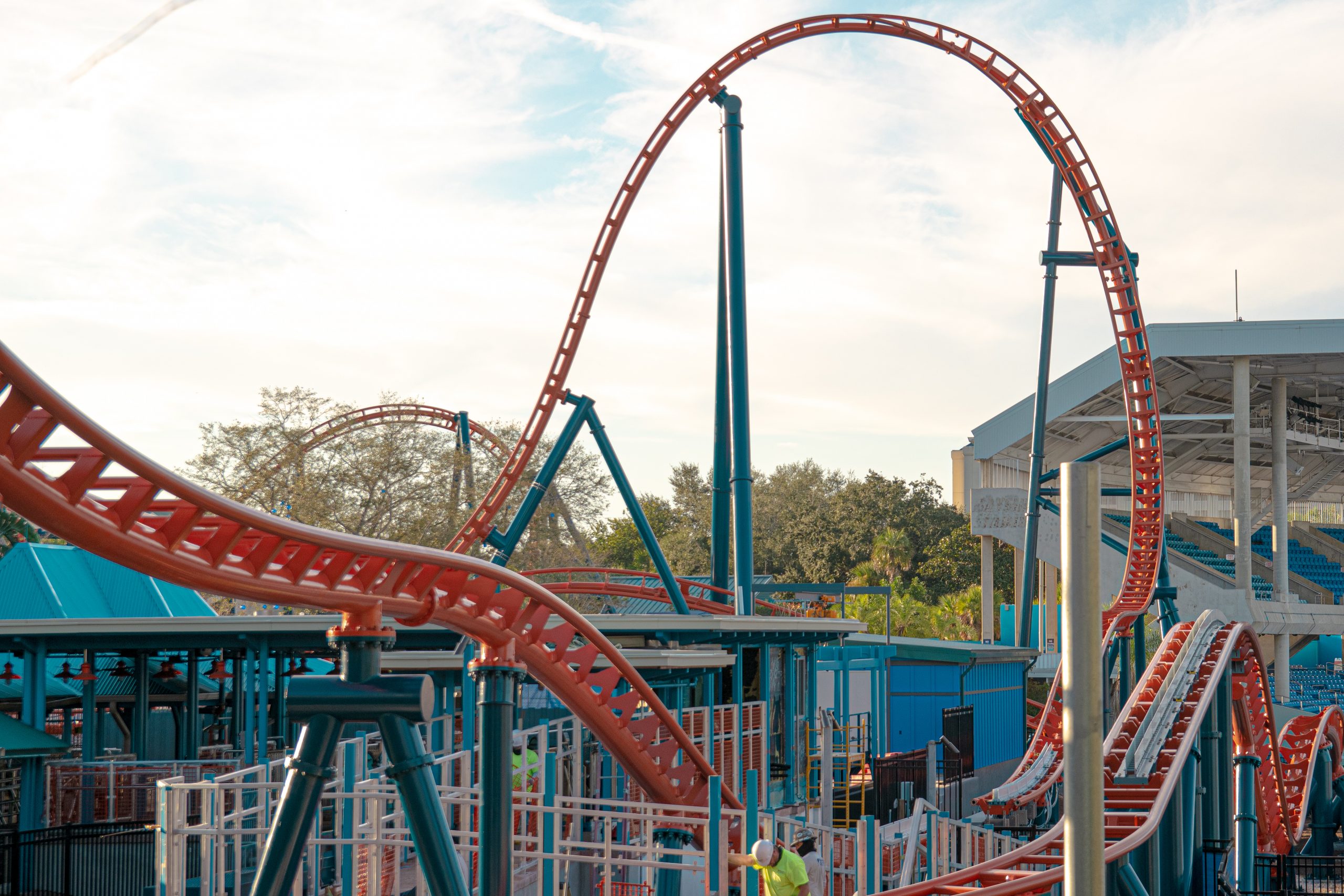 The integration of Ice Breaker with the surrounding midways and landscaping is pretty clean: 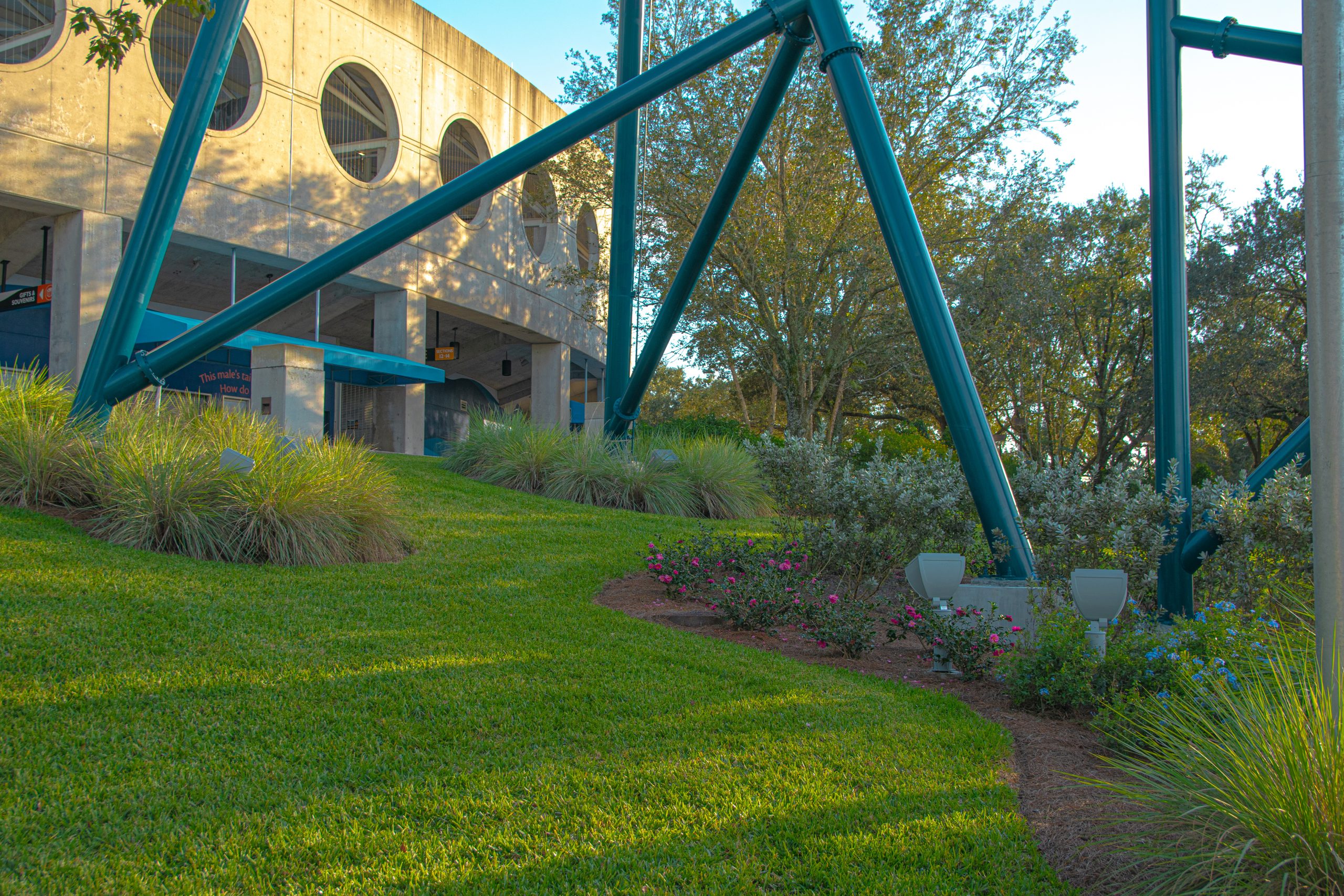 The rest of the report will be heavily focused on the ride’s completed track, thus we’ll just go in order of ride elements! First up is the back spike, the supports of which come close to the Orca Stadium. 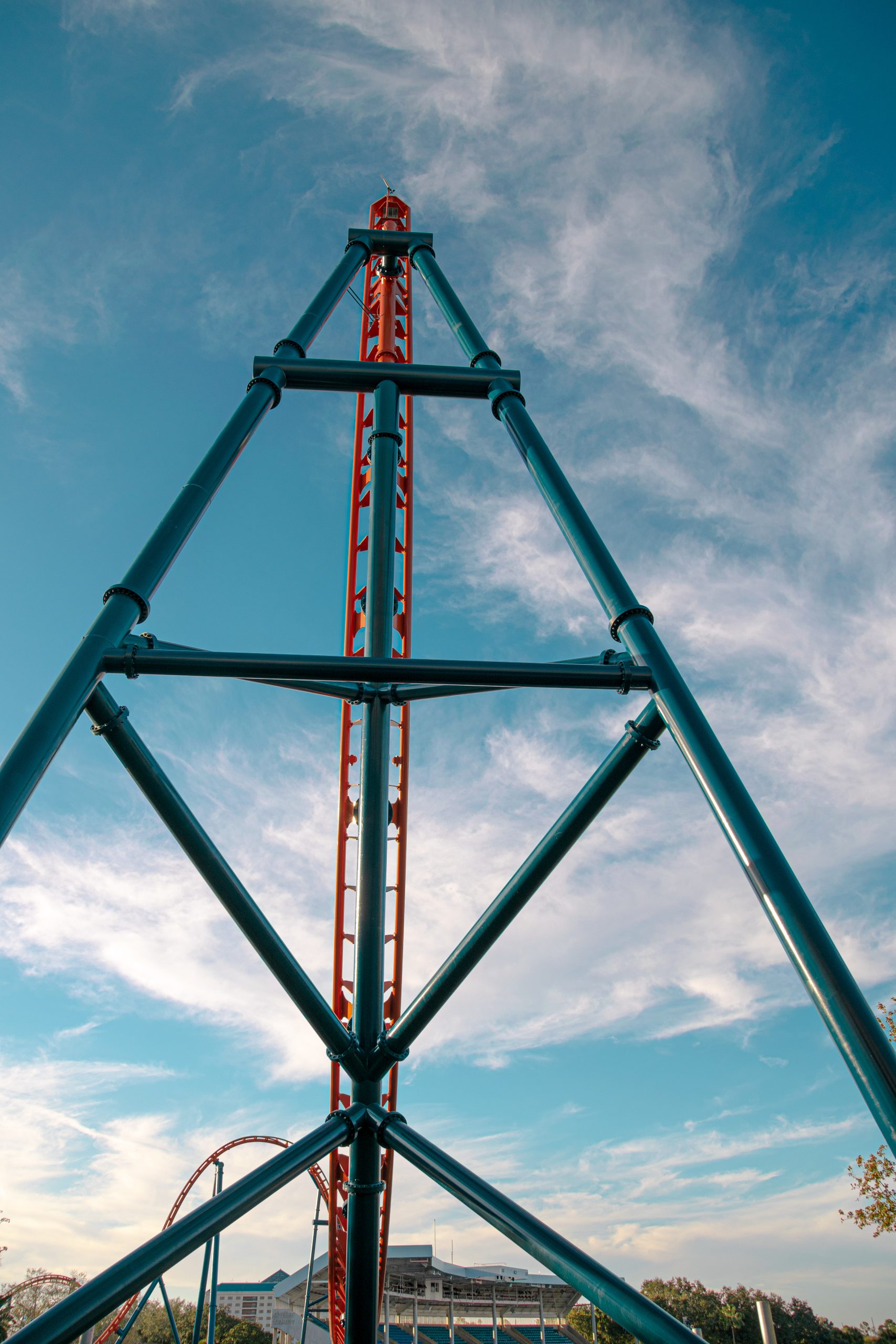 The coaster’s unique swing launch lets the train pass over the launch 4 times, meaning the trains traverse this back spike twice: 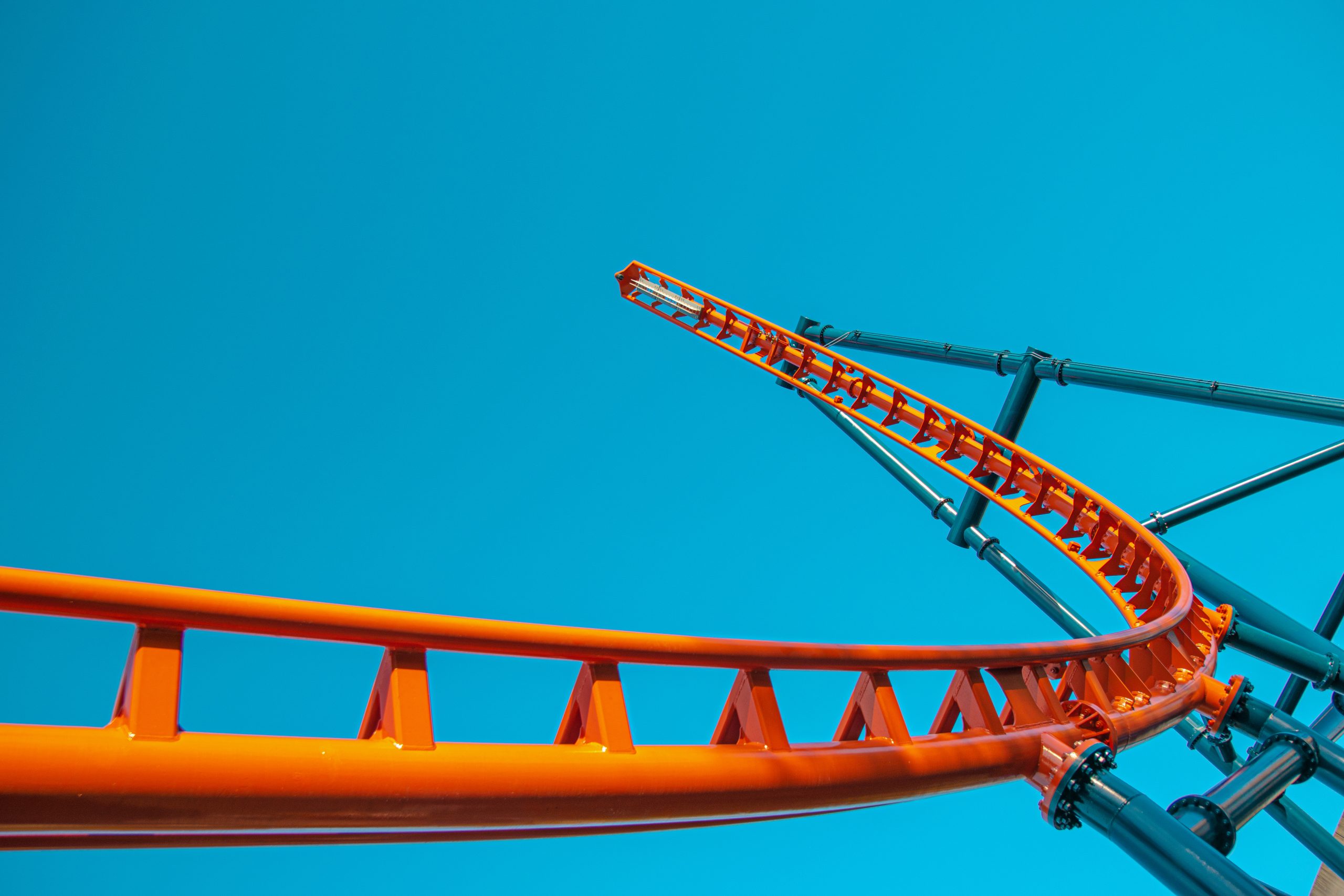 The spike is technically beyond-vertical, but only the last car will probably notice that. 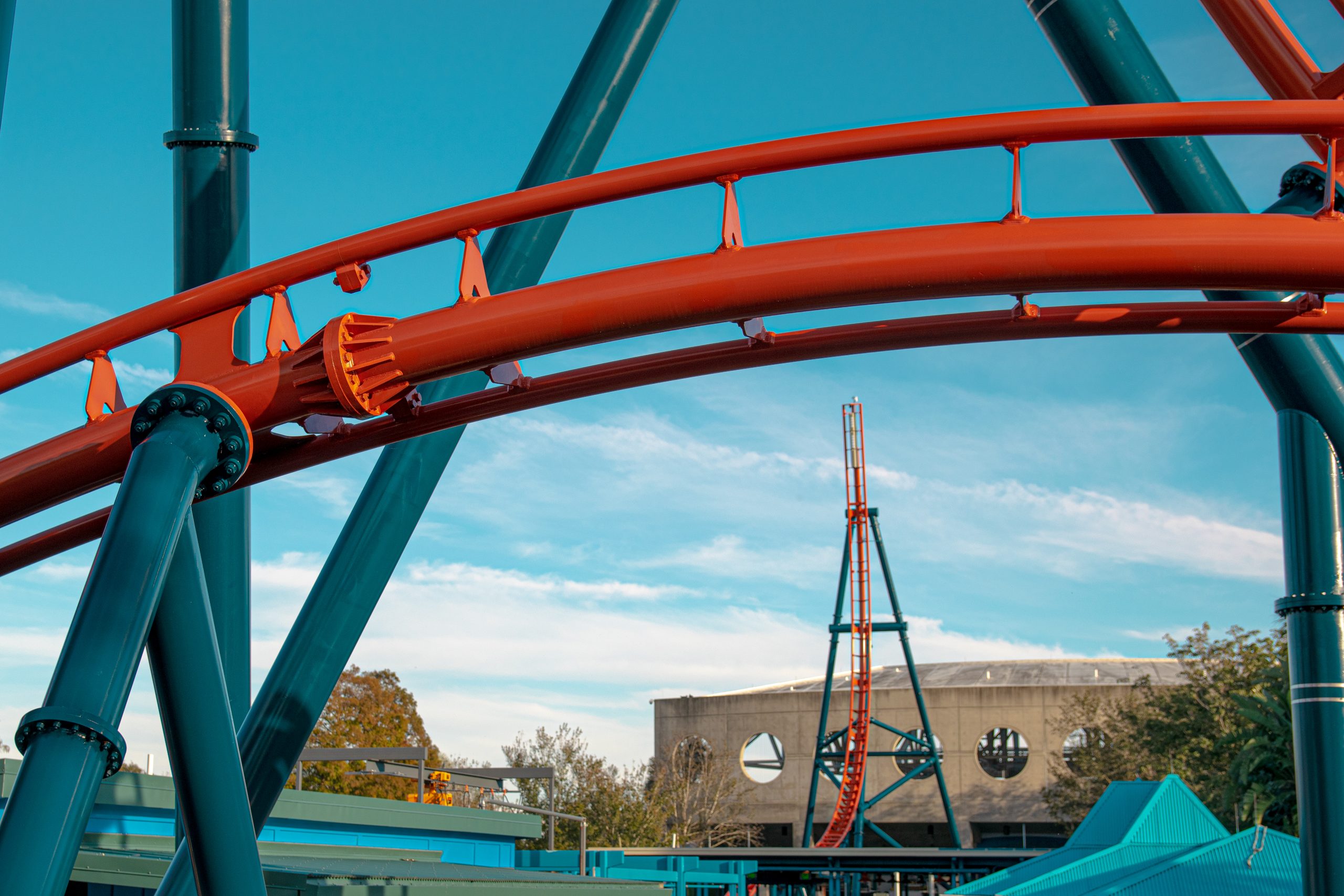 The 100 degree spike is referred to as a Jr. Scorpion Tail and stands 93 ft. tall. 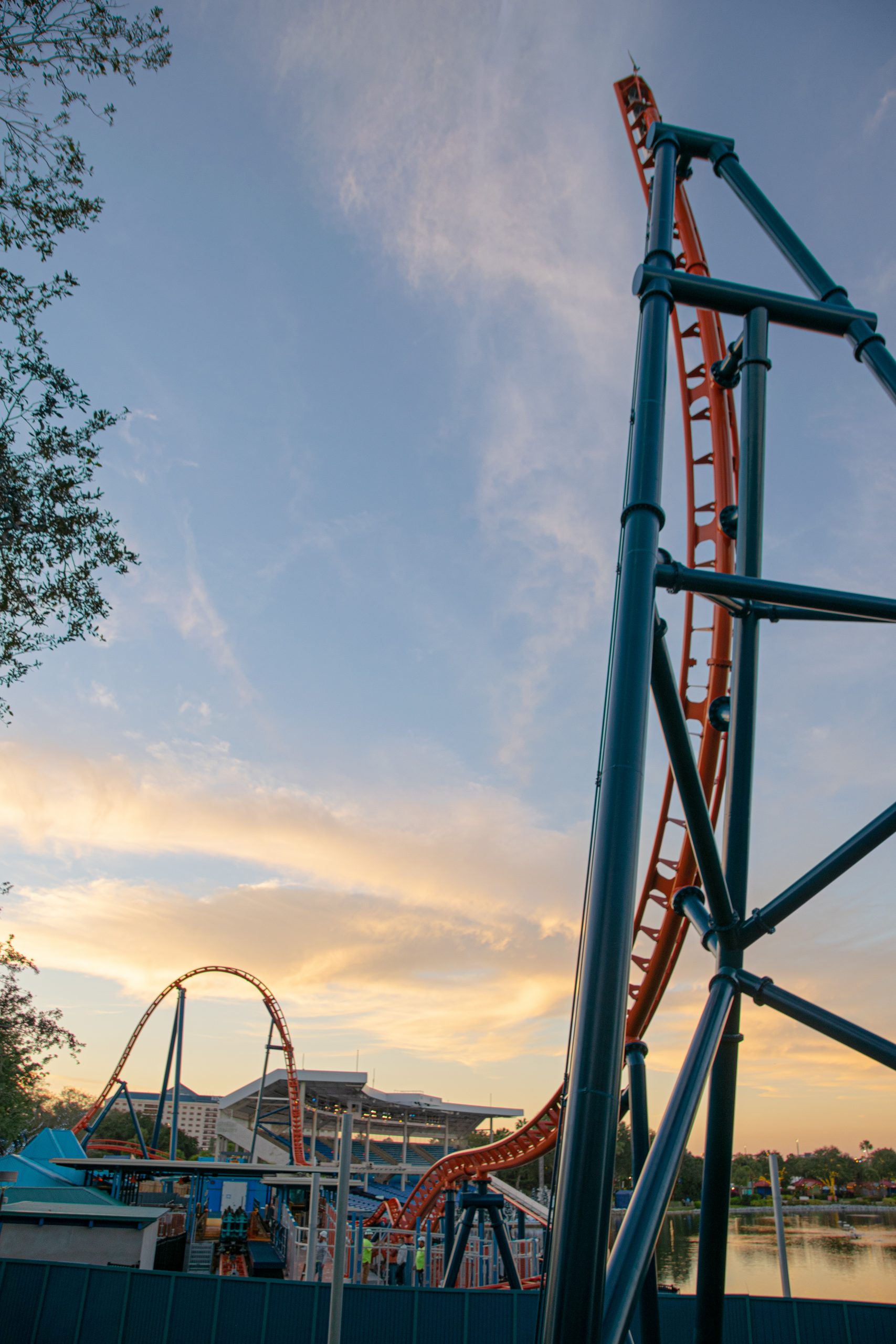 On the last pass through, the trains launch over the 80 ft. tall Top Hat: 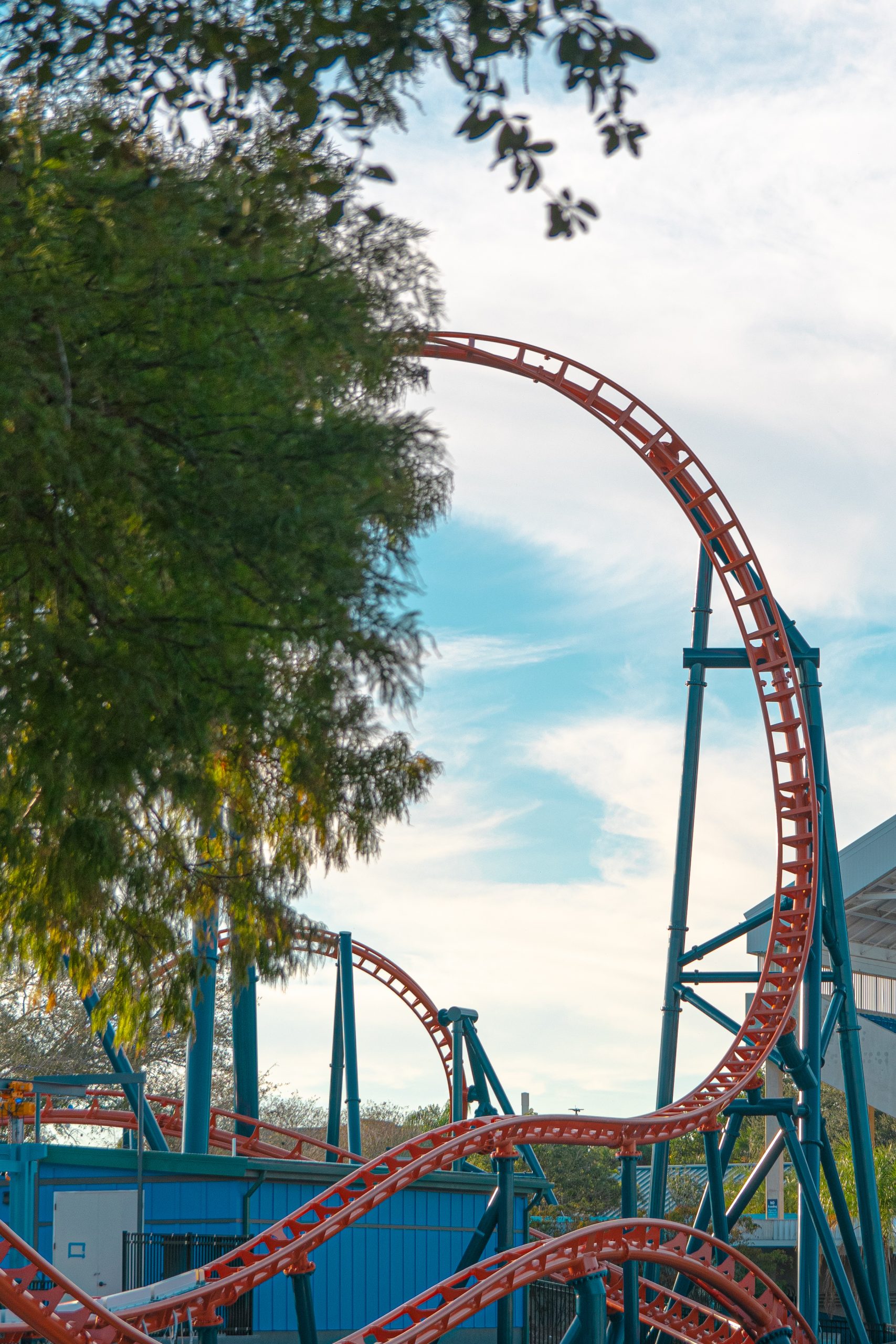 The way this Top Hat is situated, there should be a nice pop of air on the way up. 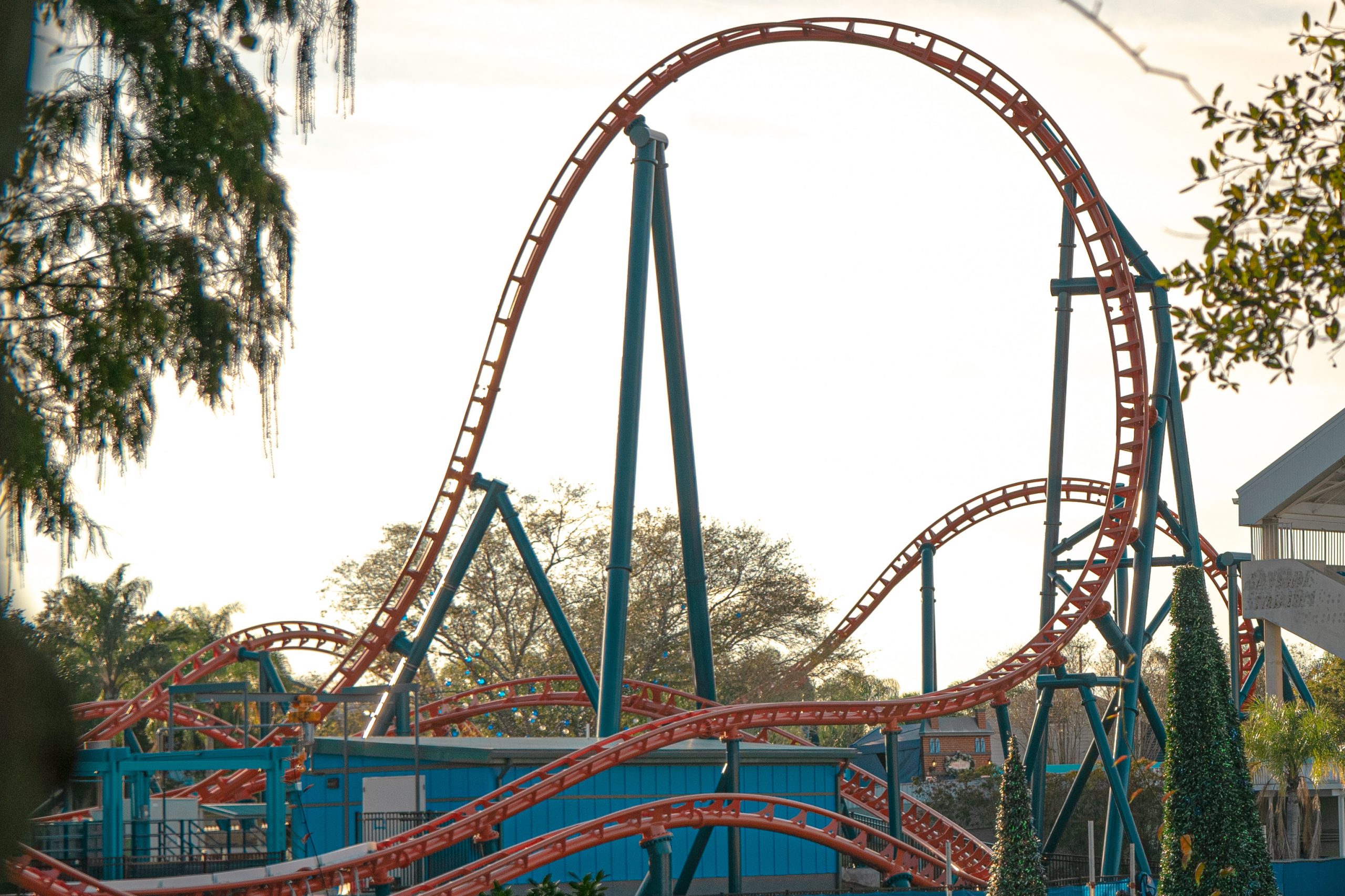 The first half of the element changes the ride’s direction by 90 degrees. 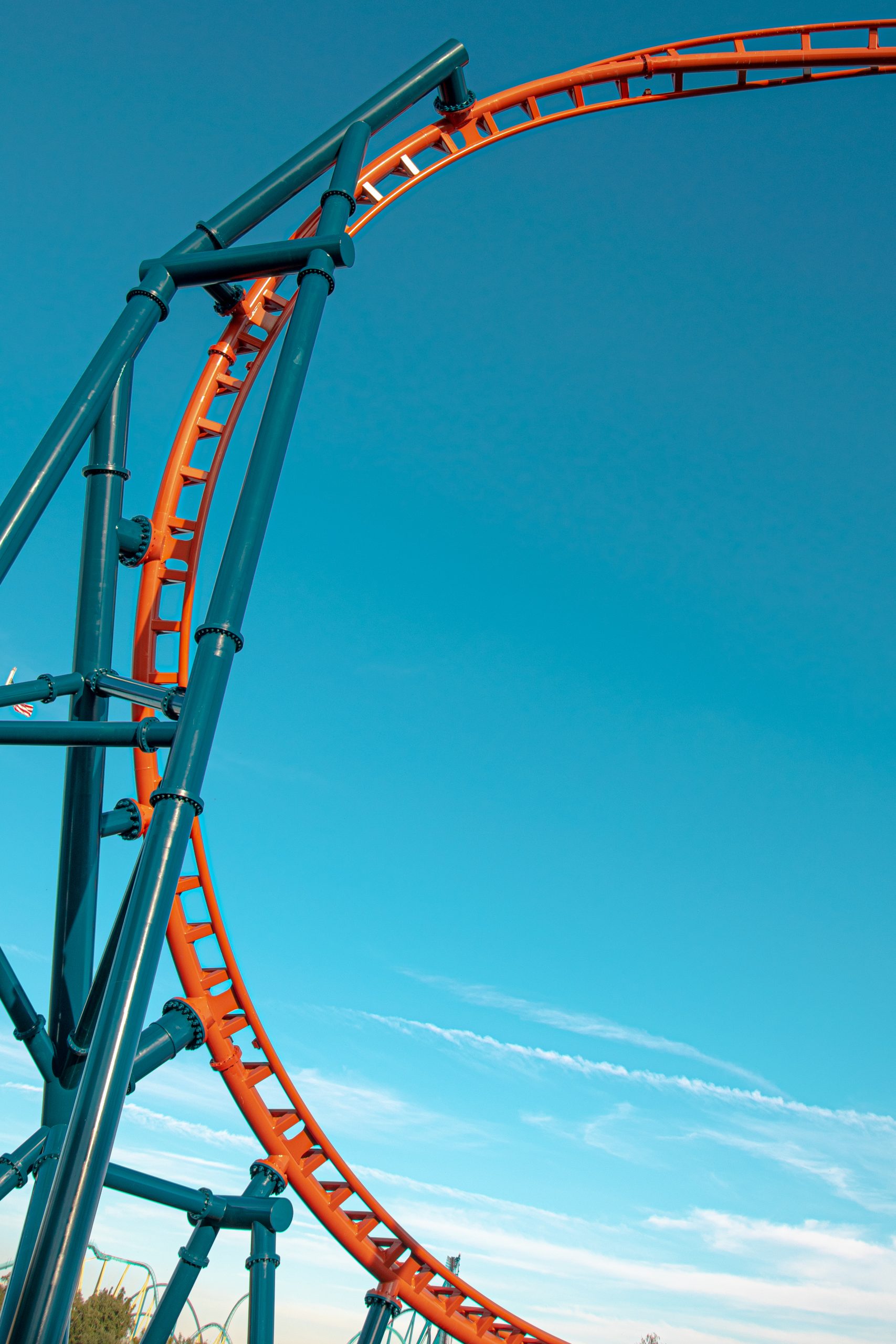 After that, it’s a straight drop: 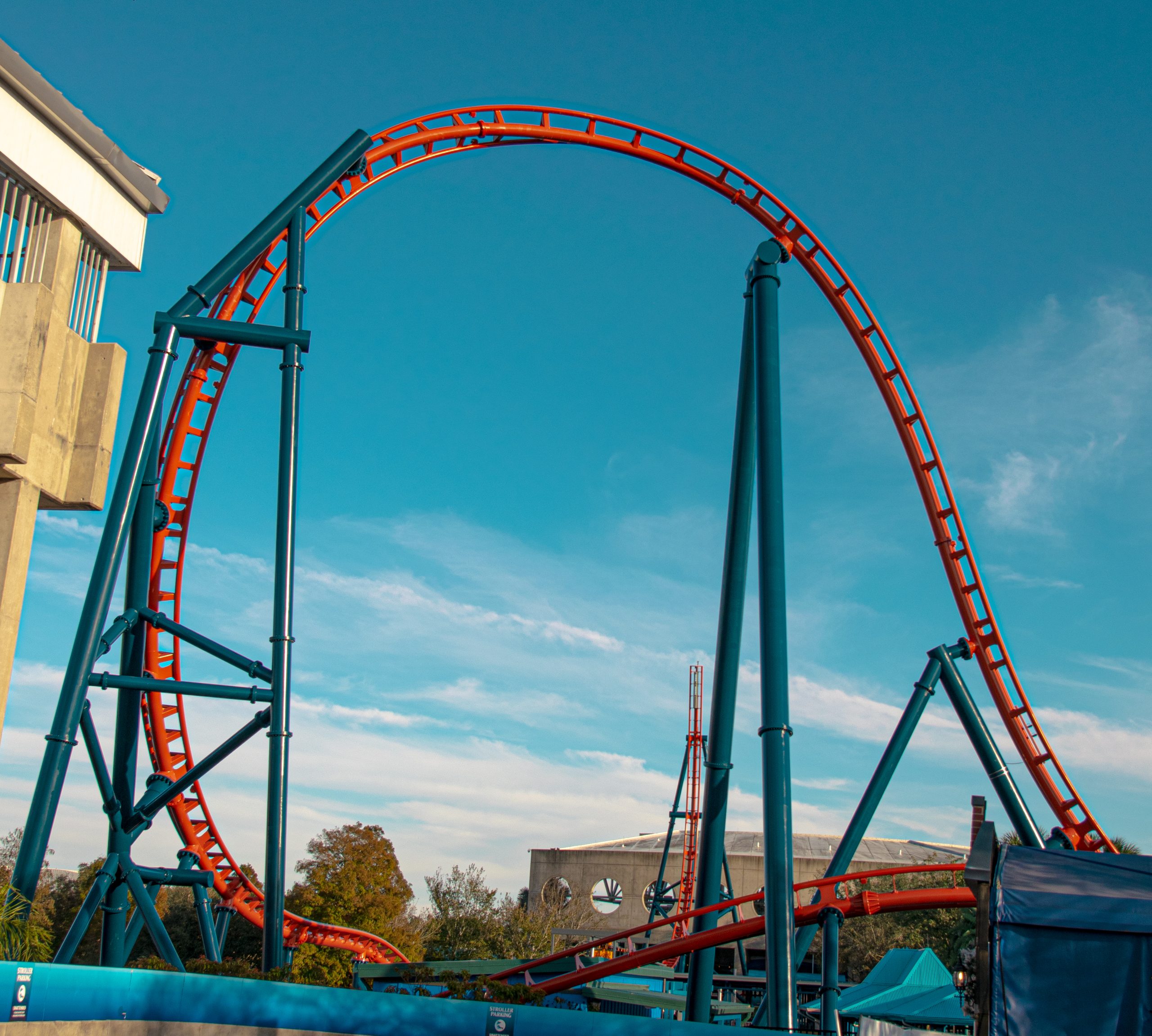 I love the shape of the element: 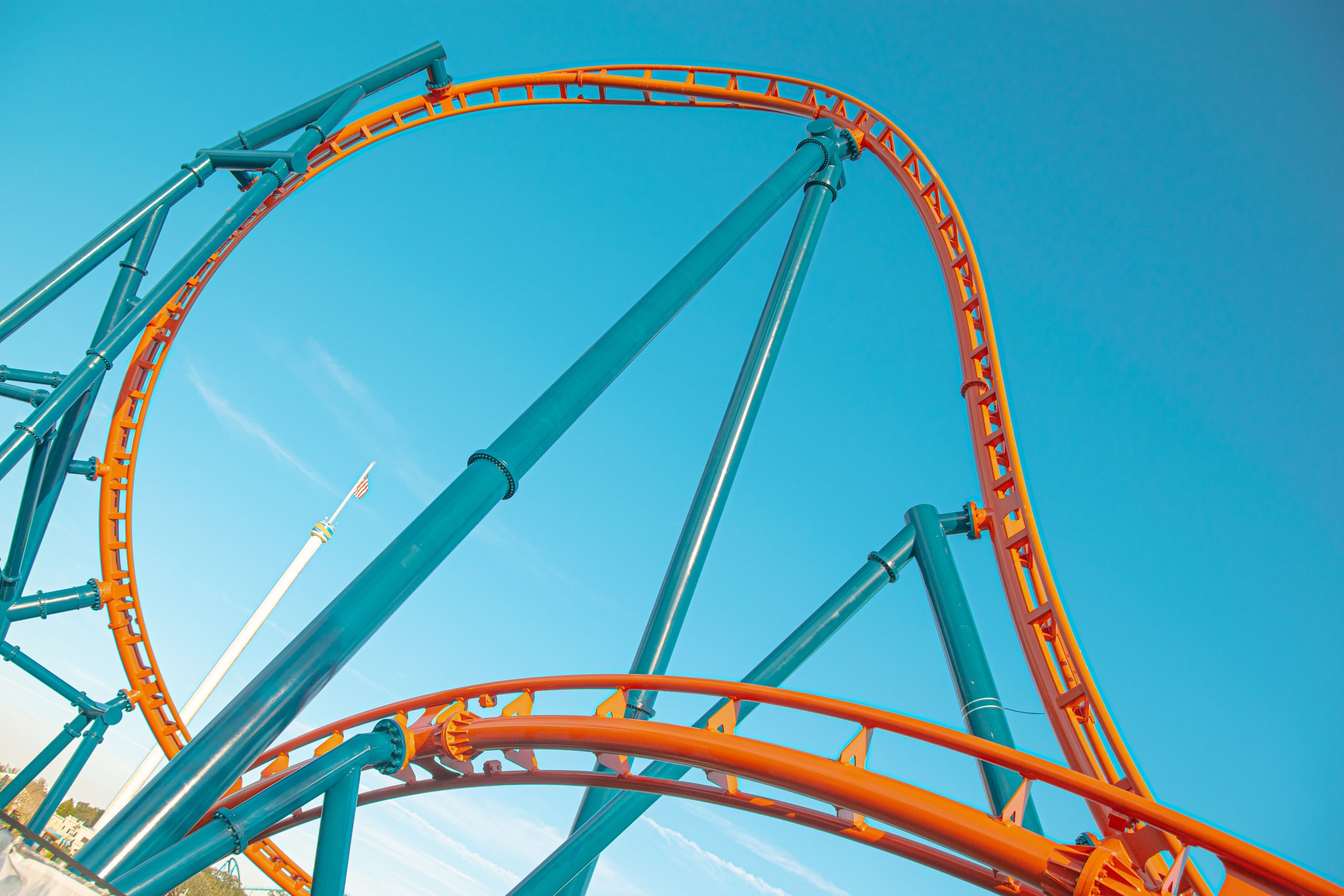 The ride’s presence from around the park may not be as great as Manta, Mako, or Kraken, but the ride’s location away from the other coasters really allow it to still stand out: 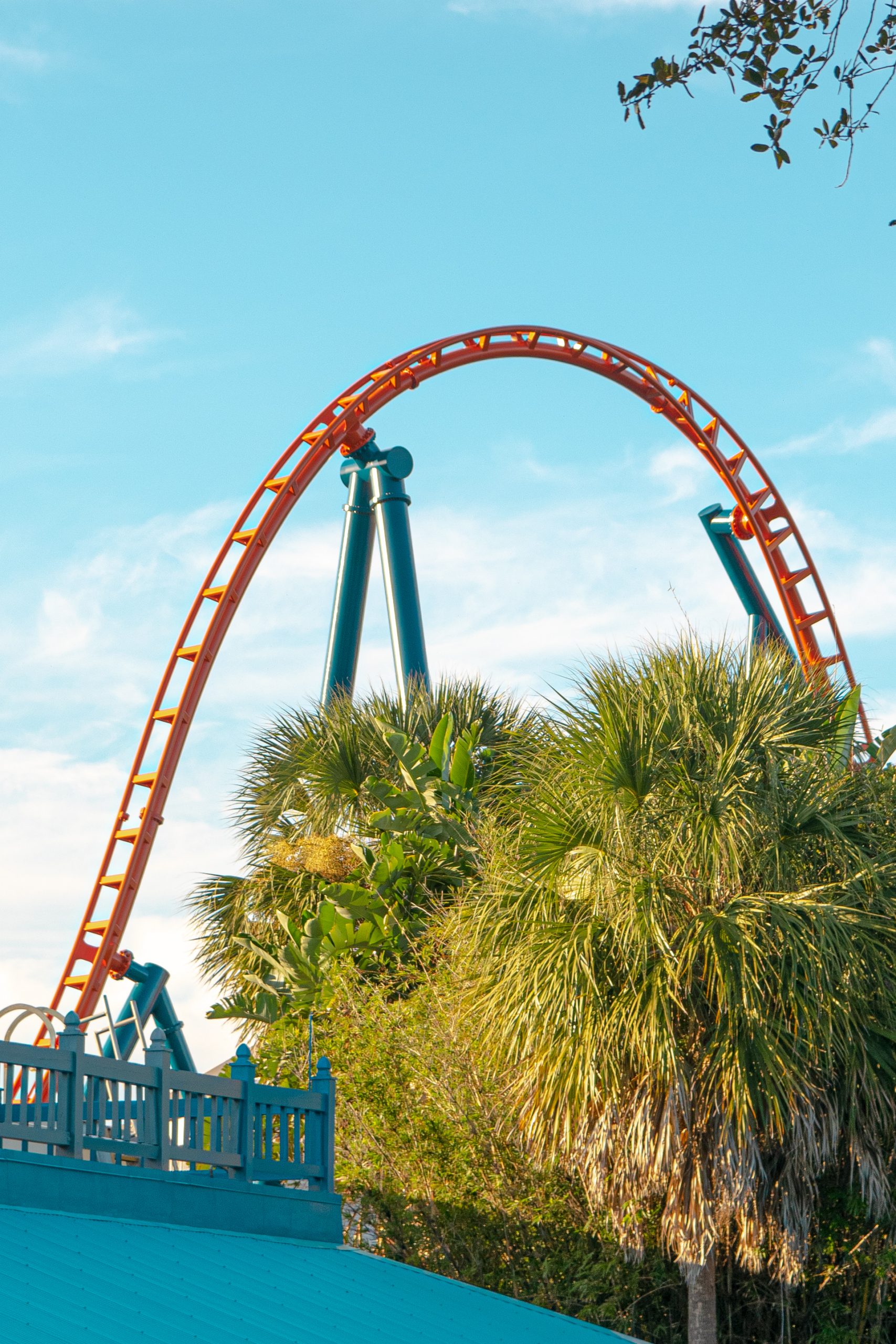 Enjoy a few more shots of the Top Hat: 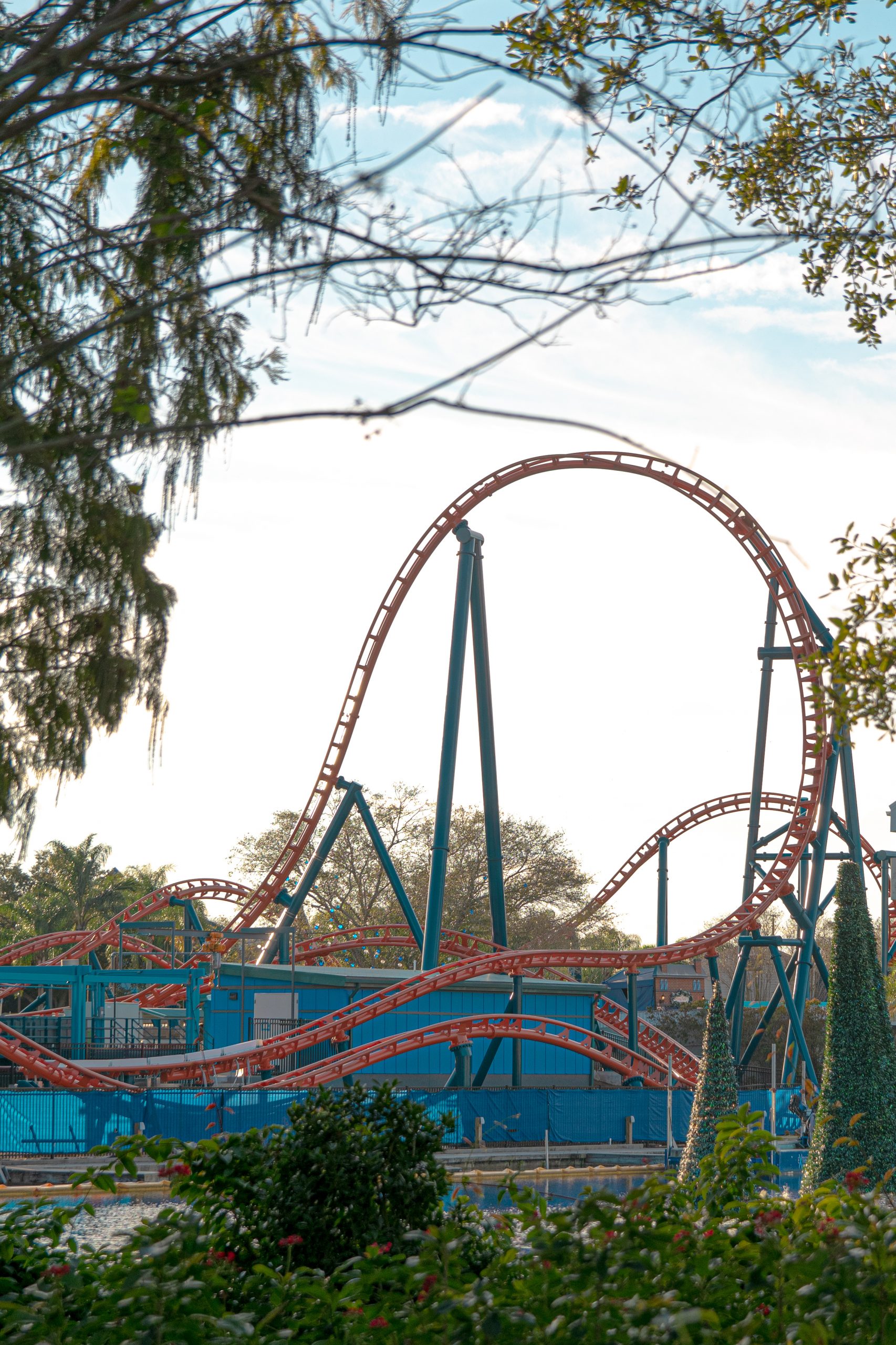 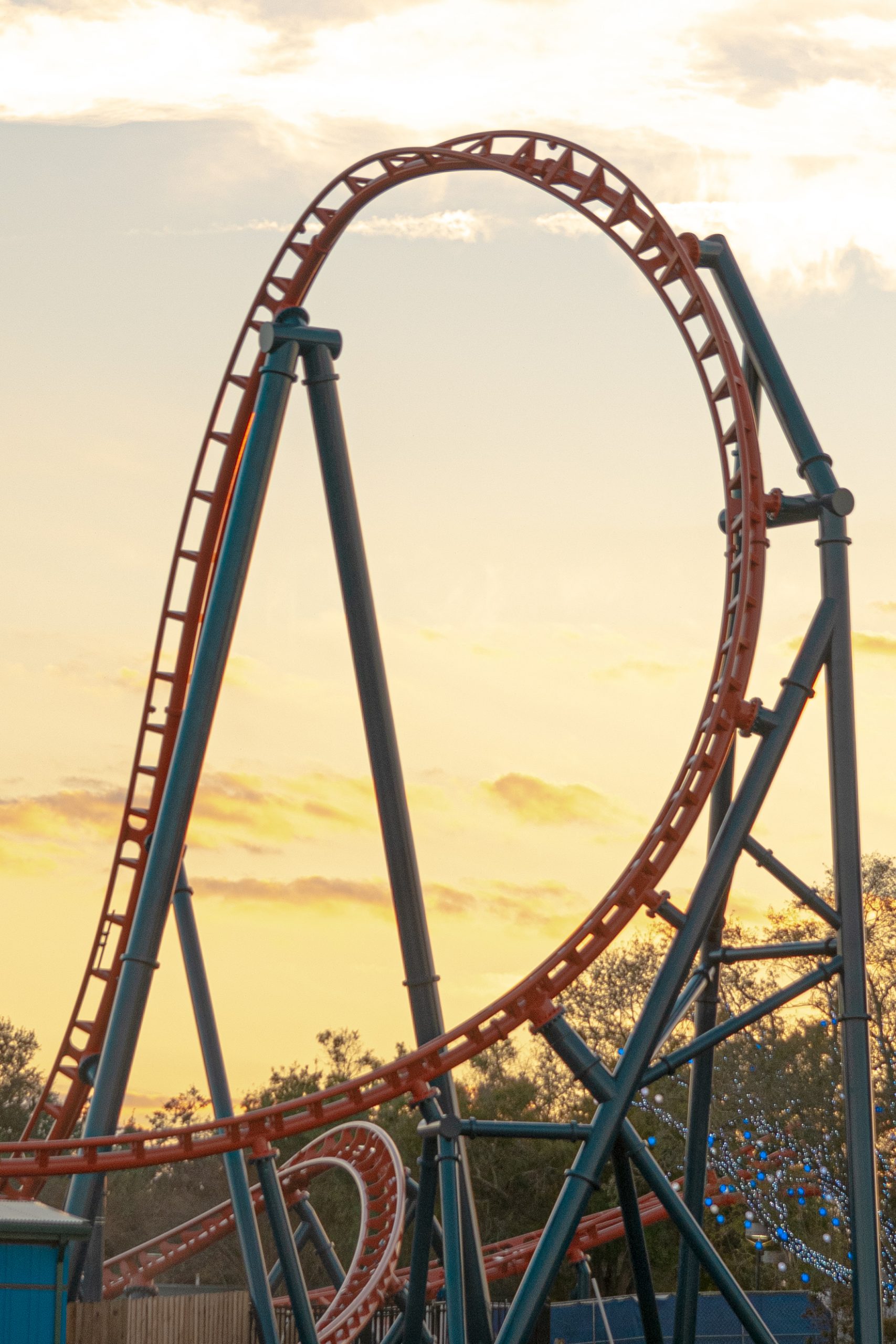 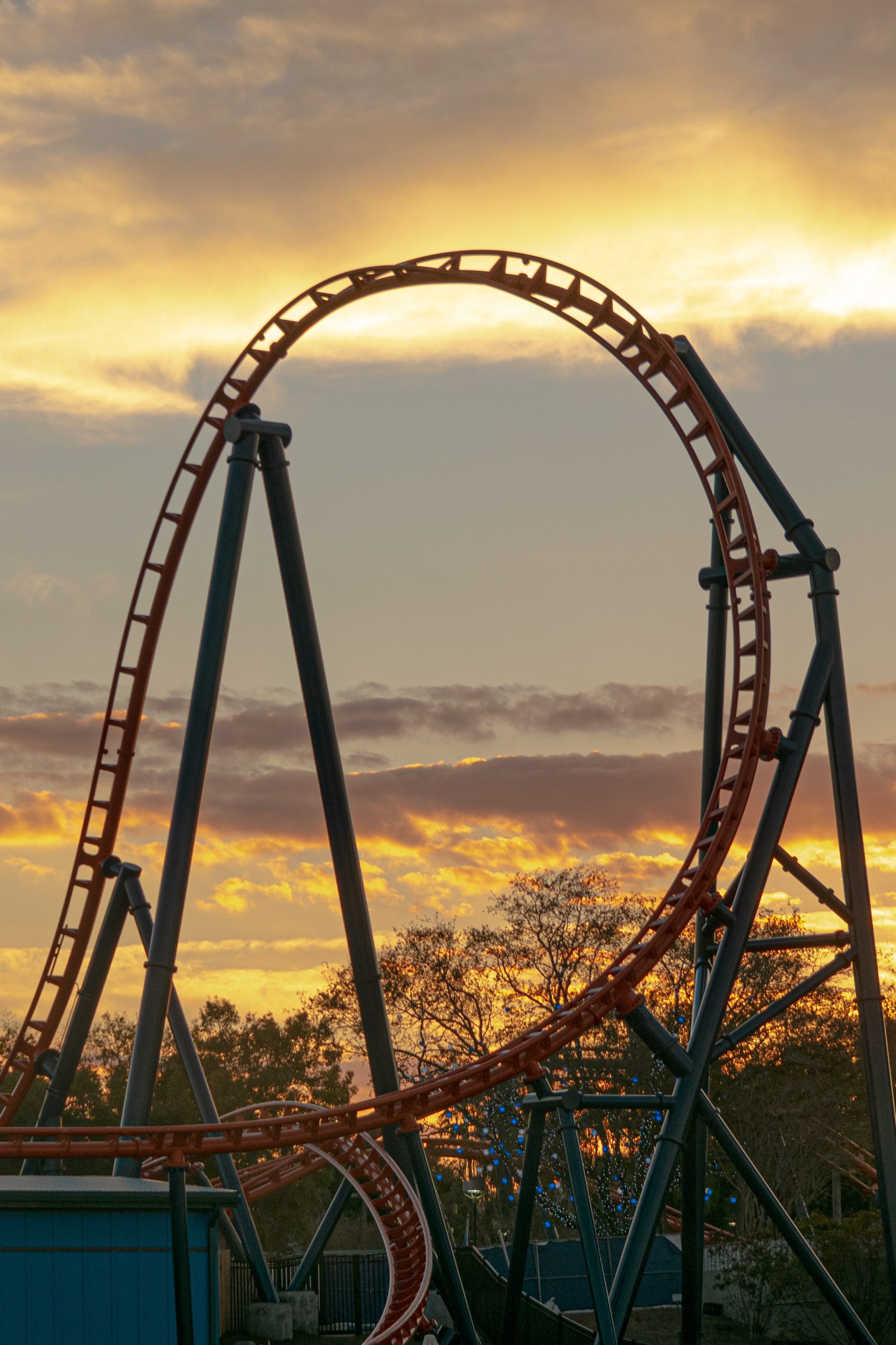 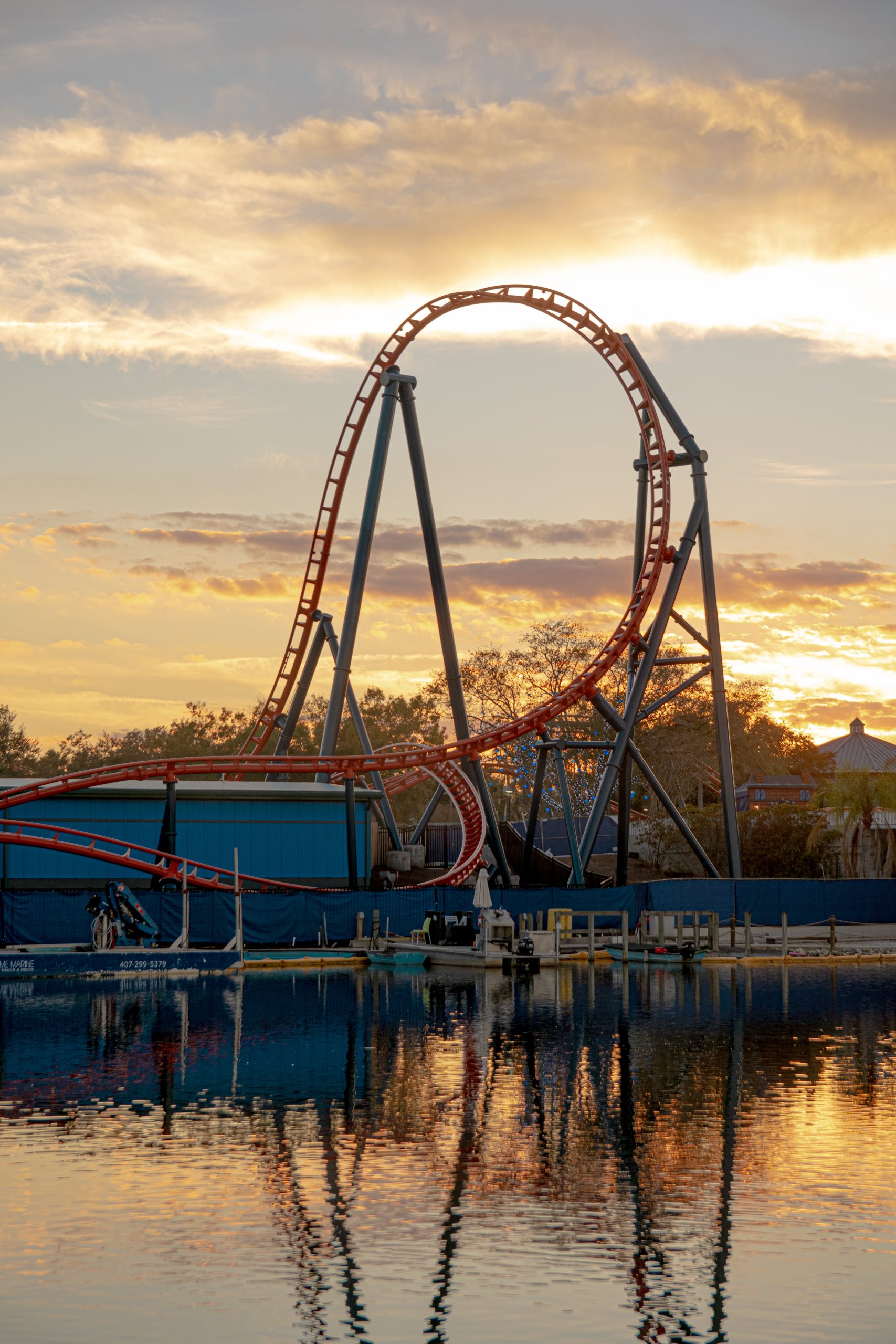 Check out the rest of the layout with some awesome new pictures on PAGE 2!