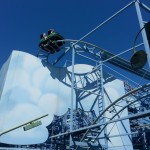 Well we’re back at Disneyland and the summer crowds have disappeared. For a Saturday the park was certainly empty, especially compared to the masses seen over the summer. Now Disneyland and DCA have begun preparations for Halloween as seen by the increased presence of Jack Skellington merchandise.

The “dog days” of August were in effect today as it was indeed on the hotter side! Most importantly, the Grizzly River Run was perfect for such a day with wait times around 30 minutes at noon. 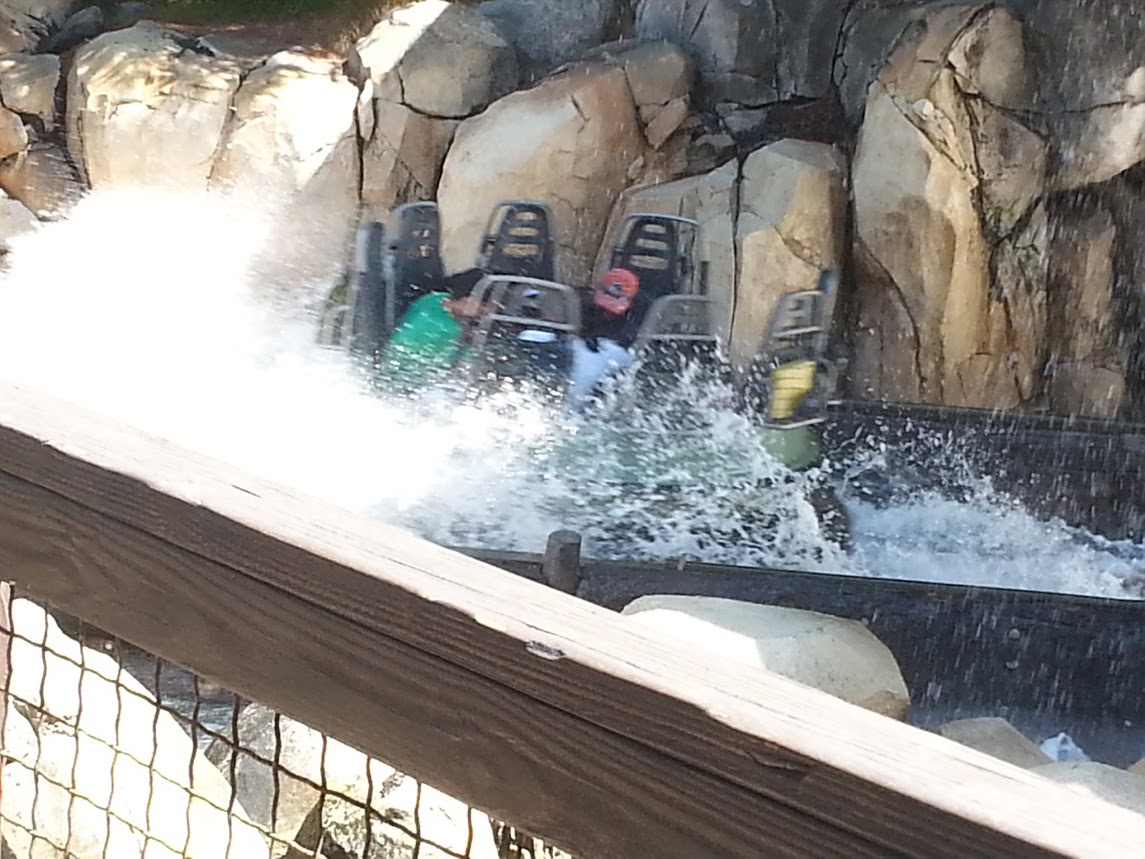 Once we were cooled off, the lack of a full capacity crowd allowed for short wait times for both Tower of Terror (which had a 13 minute wait conveniently ;D) and Radiator Springs which had a walk on single rider line as well as a significantly shorter (still 45 minutes) standby wait. 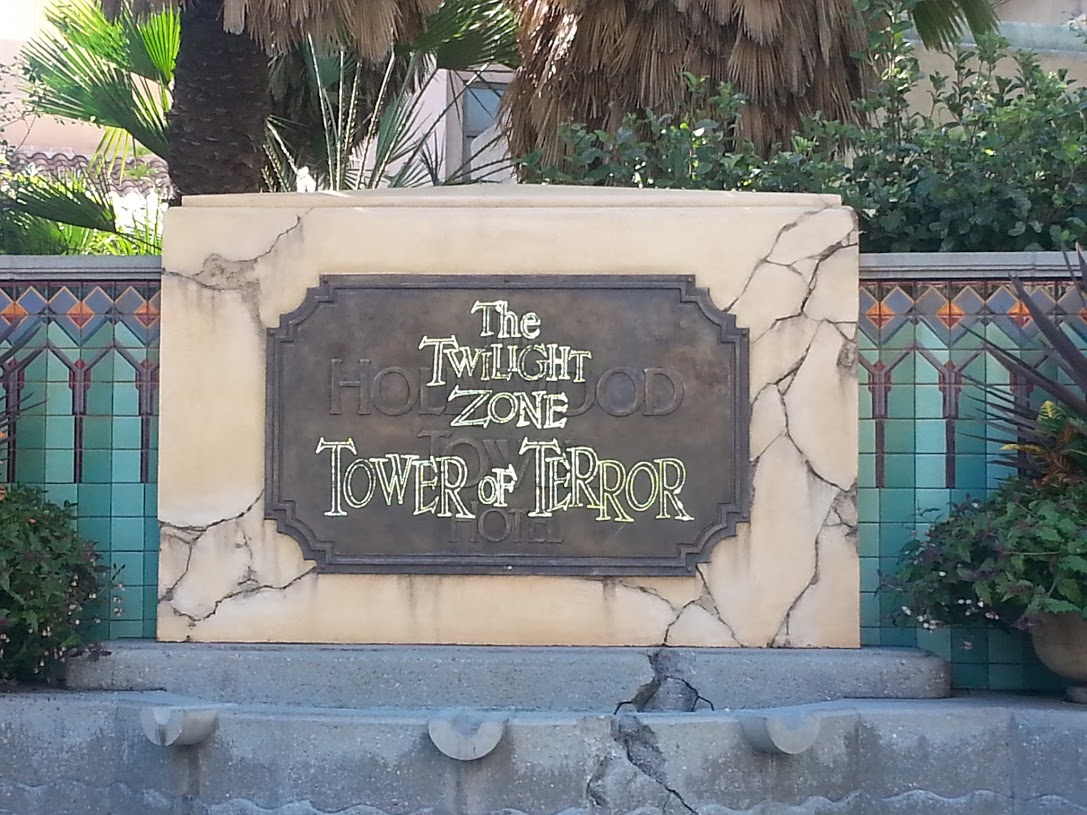 Following our races in Carsland, we discovered there was filming at Disneyland (don’t know what for) and a preview to a new Cars App for Apple products. 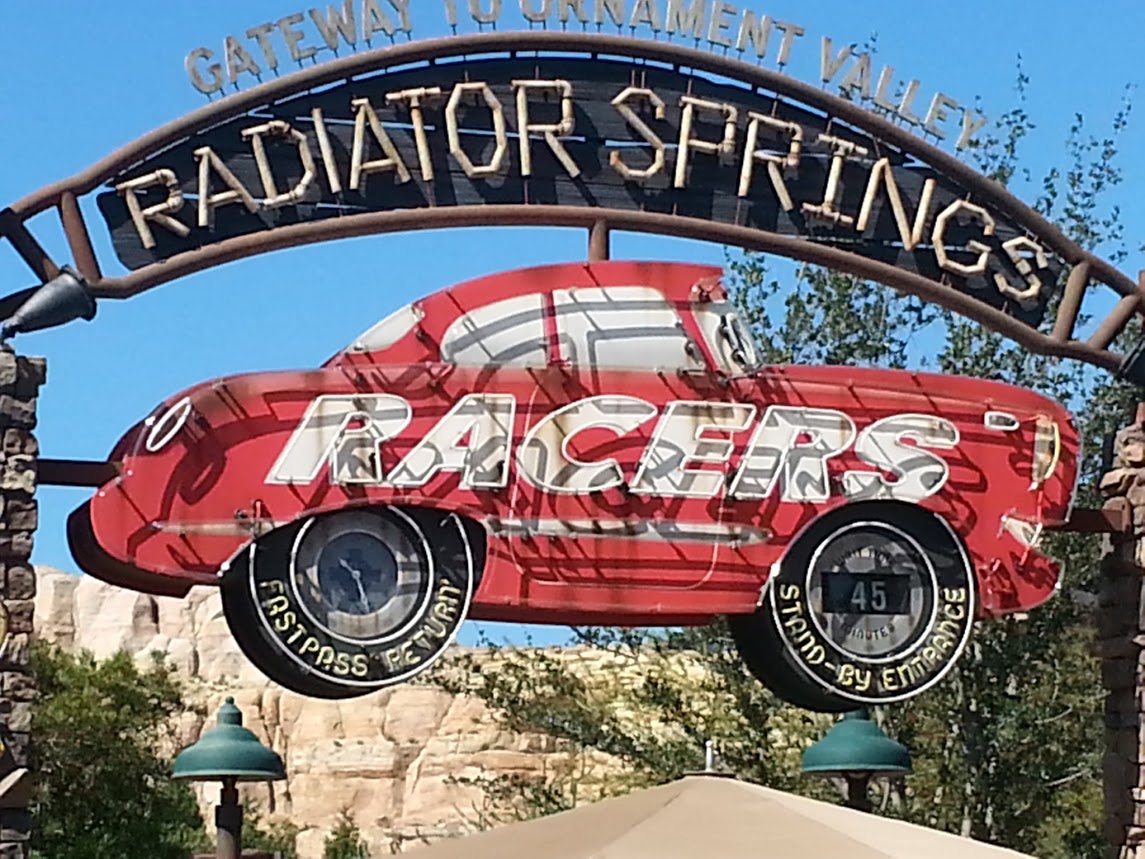 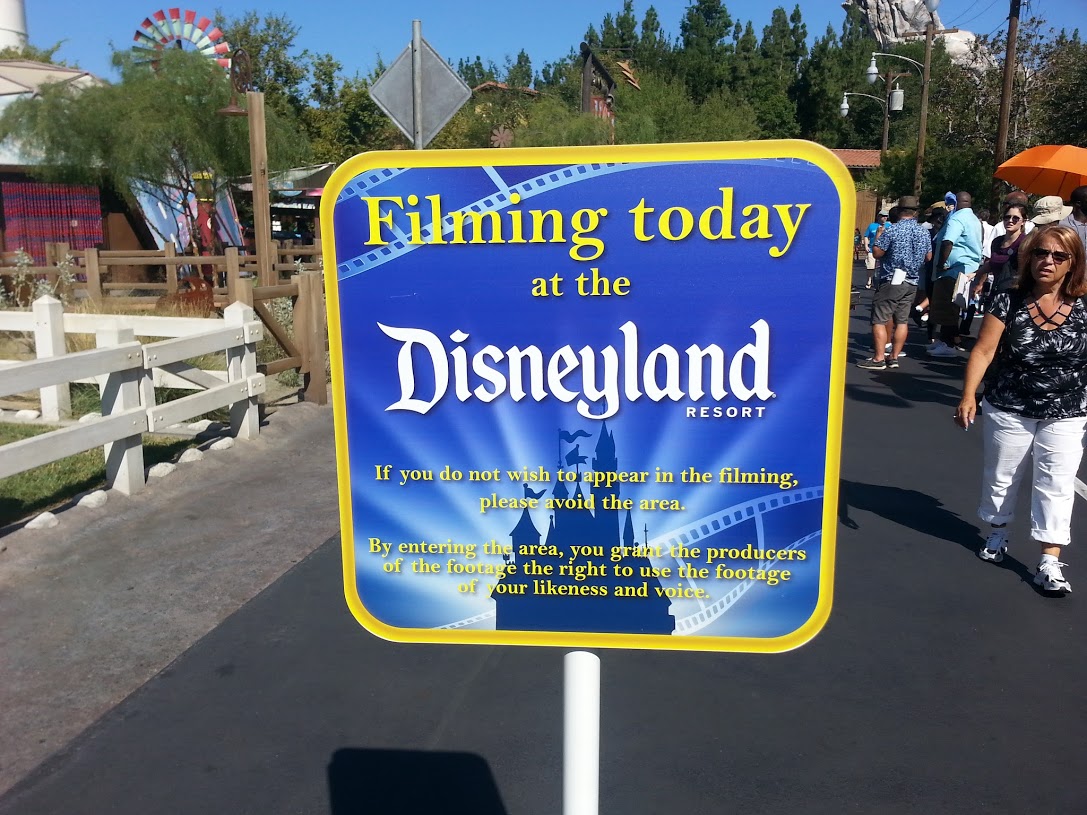 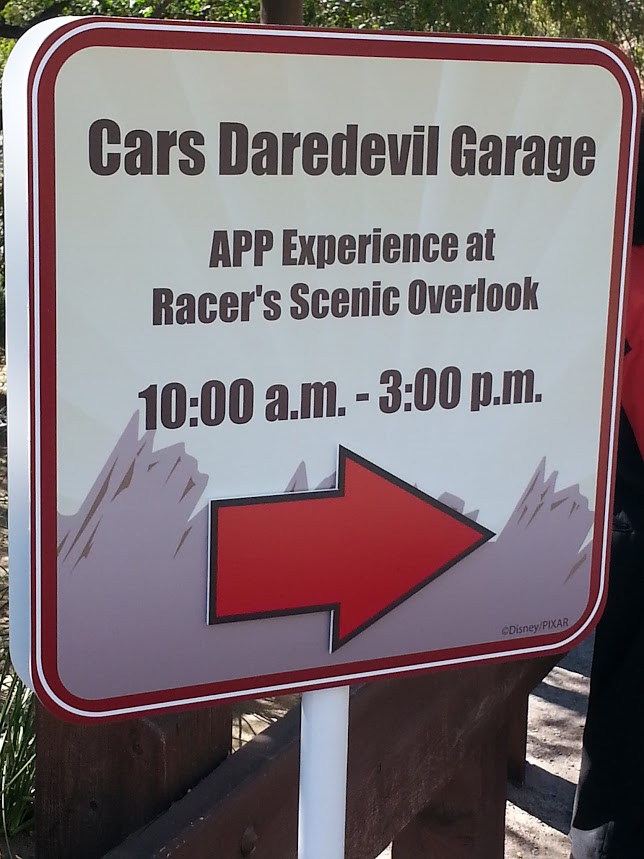 After pondering whether we just became movie stars or if the Cars Garage was better suited for the “garbage” (looked pretty cool though :]), we took a spin on Goofy’s Sky School. This short ride sure packed a punch as it was bumpy and jerky as usual. 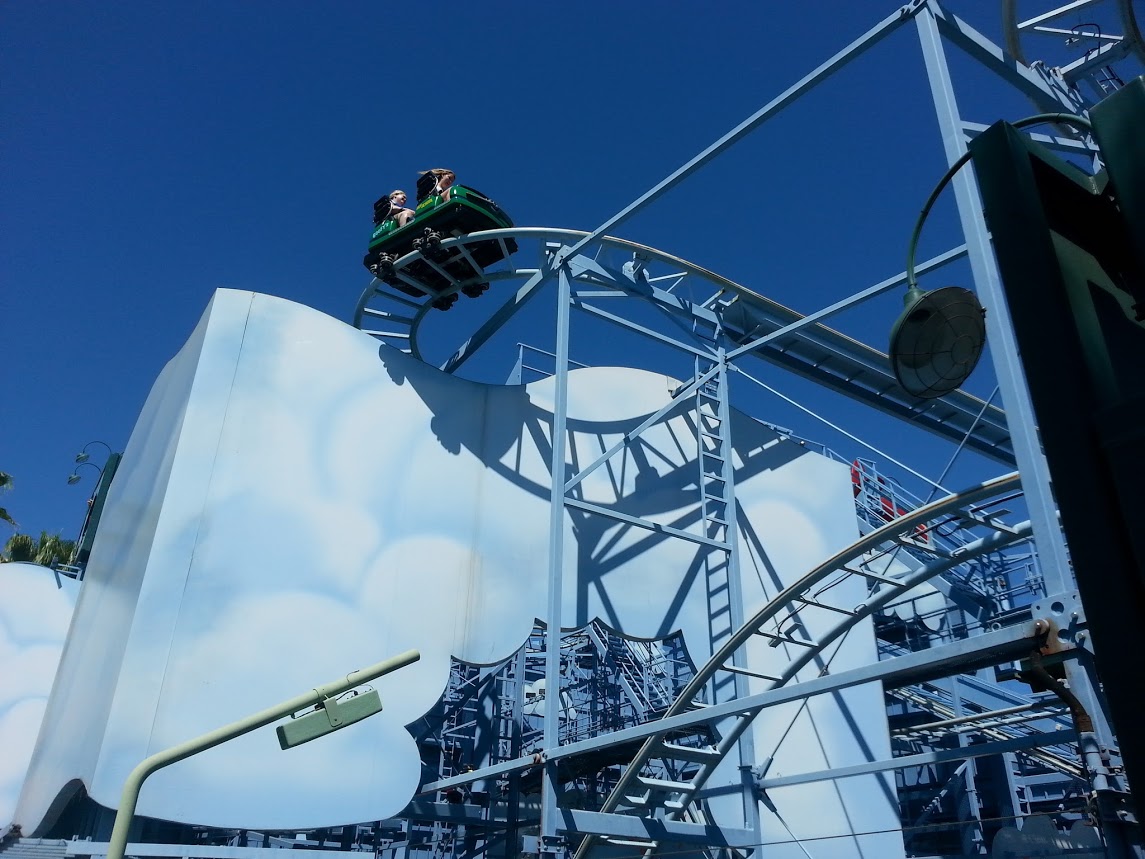 One may ask, “On an empty day at the Disneyland Resort, who would choose to go on Goofy’s Sky School before California Screamin’?” Answer: Screamin’ wasn’t open until around 11. 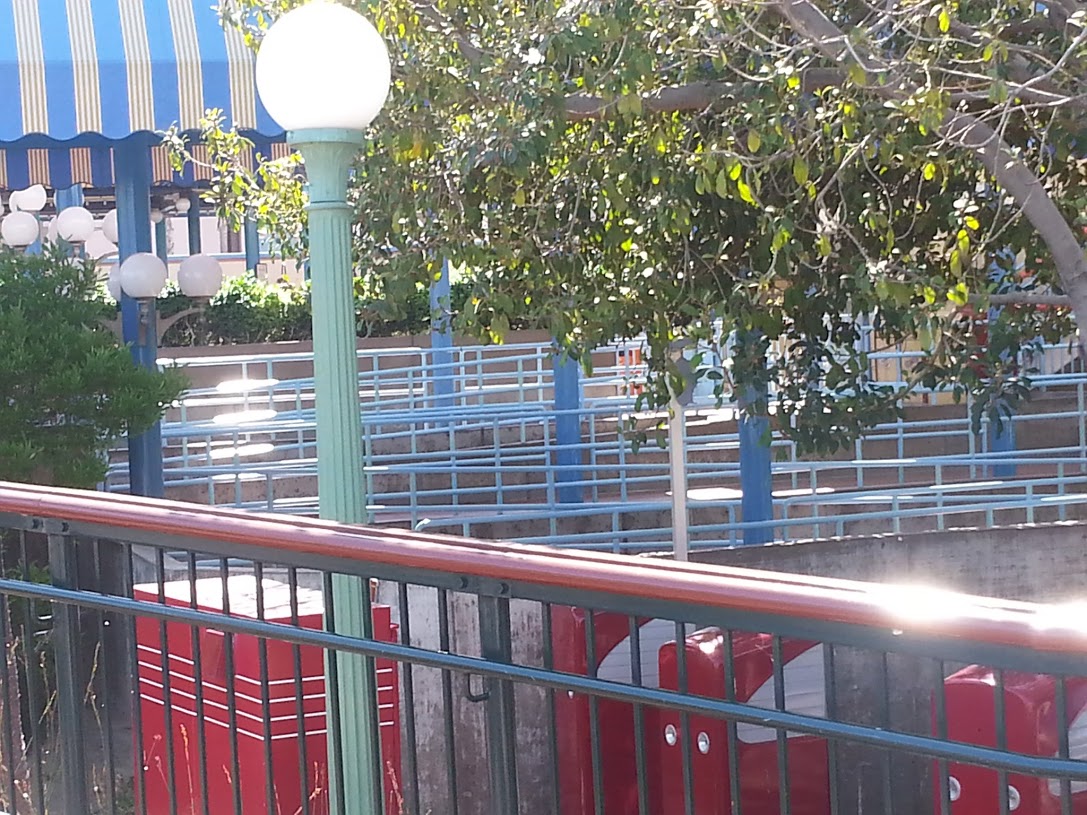 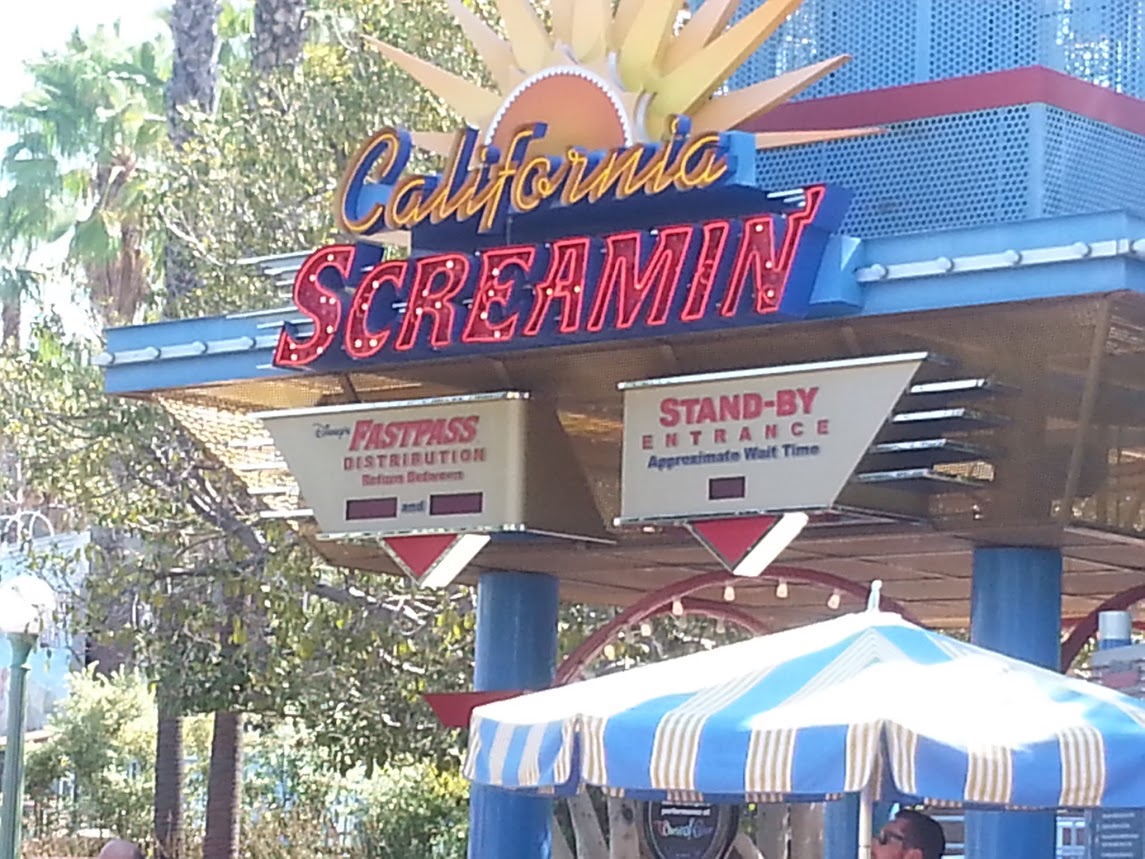 Upon its opening, it ran three trains from one side of the station while the red train remained dormant on the other side. Other than the delay, operations were smooth or so it seemed while on the DCA side.

Toy Story Mania seemed to be the only ride with its usual wait time for most of the day of 40-45 minutes. Sadly, the in-line entertainment suffered as Mr. Potato Head was covered up. 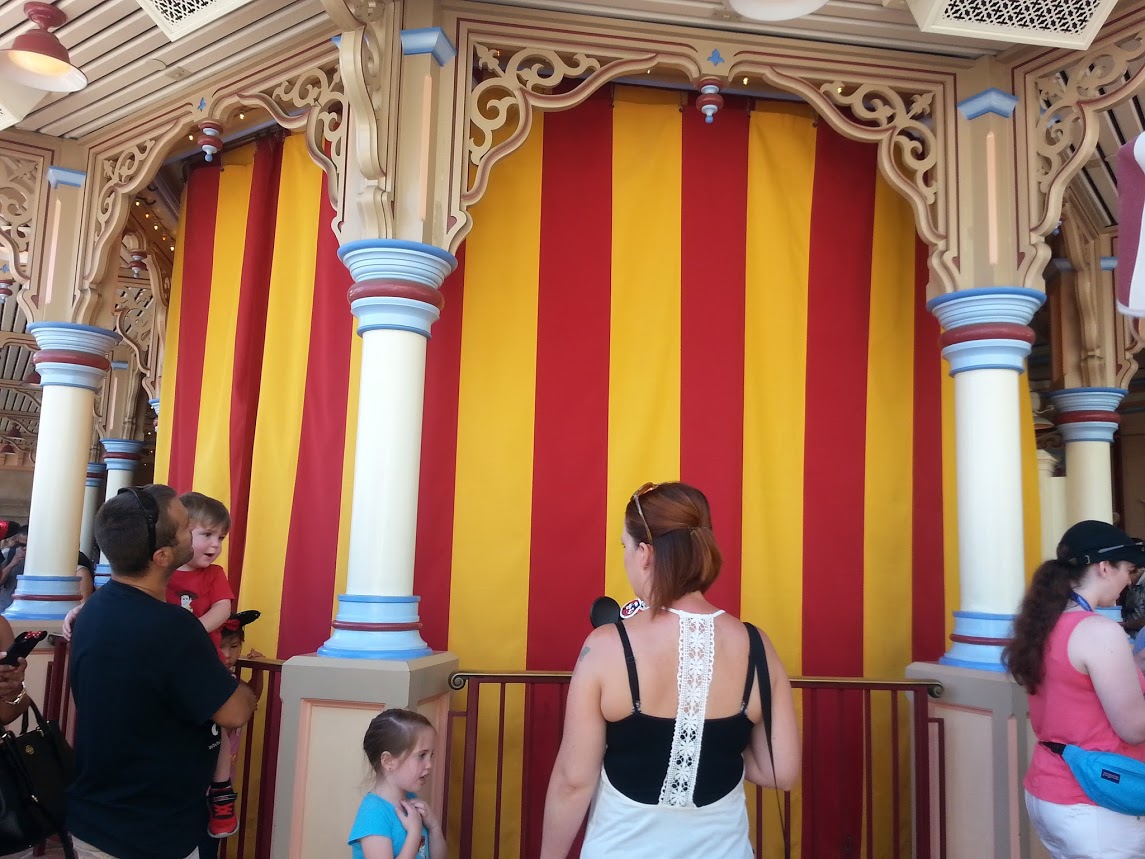 We crossed over to Disneyland and enjoyed both Big Thunder Mountain and the Ranch. The ranch looked nice with all of its decor and the ride kept with the theme of short waits, but we decided it would be fun to use at least one fastpass on a ride. Also, we were blessed to have the best seat on the train (last car) making the ride even more enjoyable. 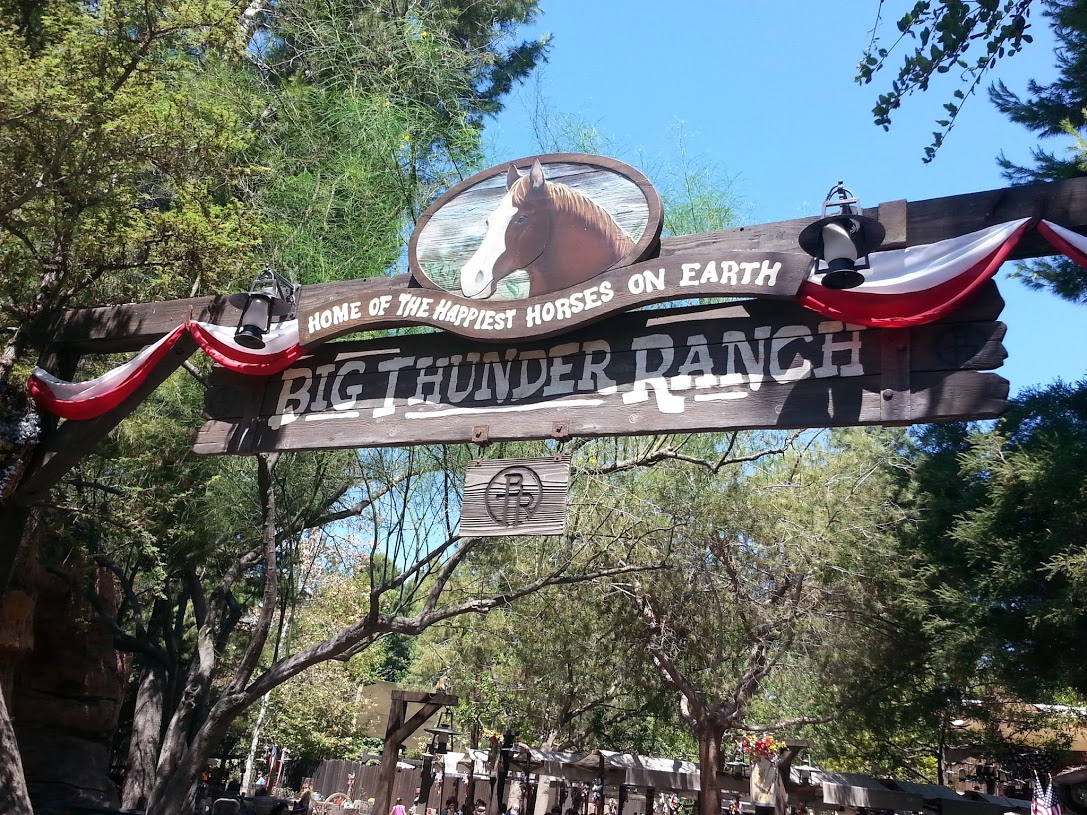 Space Mountain and Indiana Jones each respectively had lines longer than 40 minutes for most of the day. 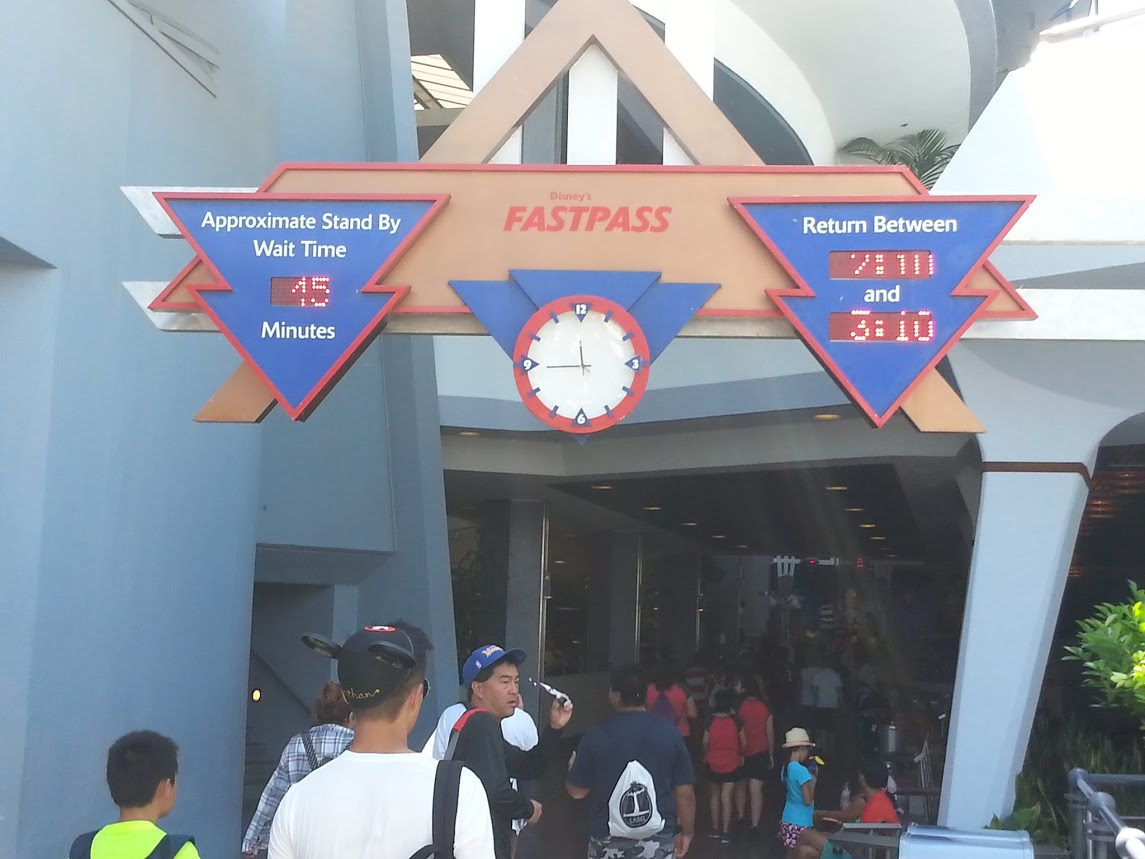 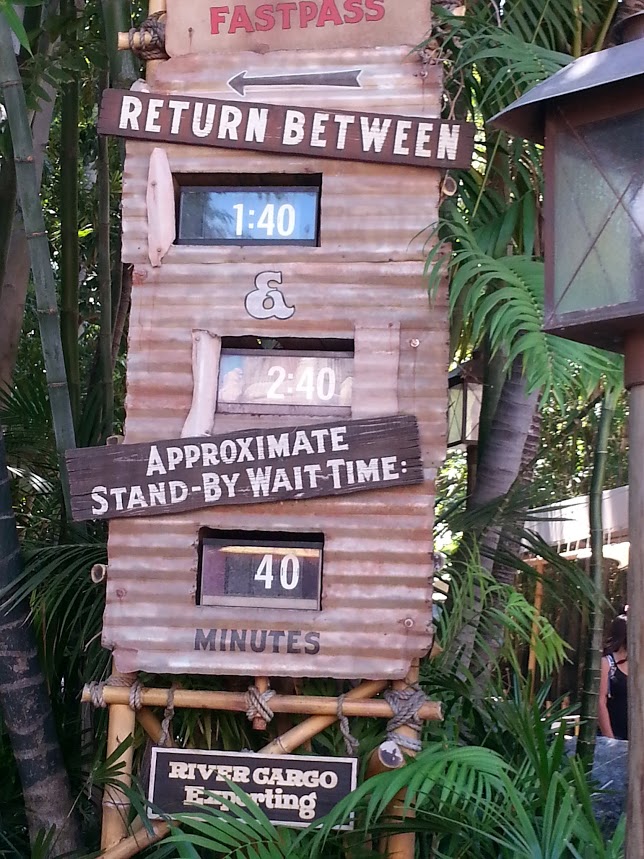 With Halloween coming up quickly, we took a peek at Haunted Mansion which started its preparation on Monday. There are pumpkins spread out already  with more decorations on the way. Sandy Claws had begun his takeover as we await the wonderful sights and smells Haunted Mansion Holiday has for us this year. 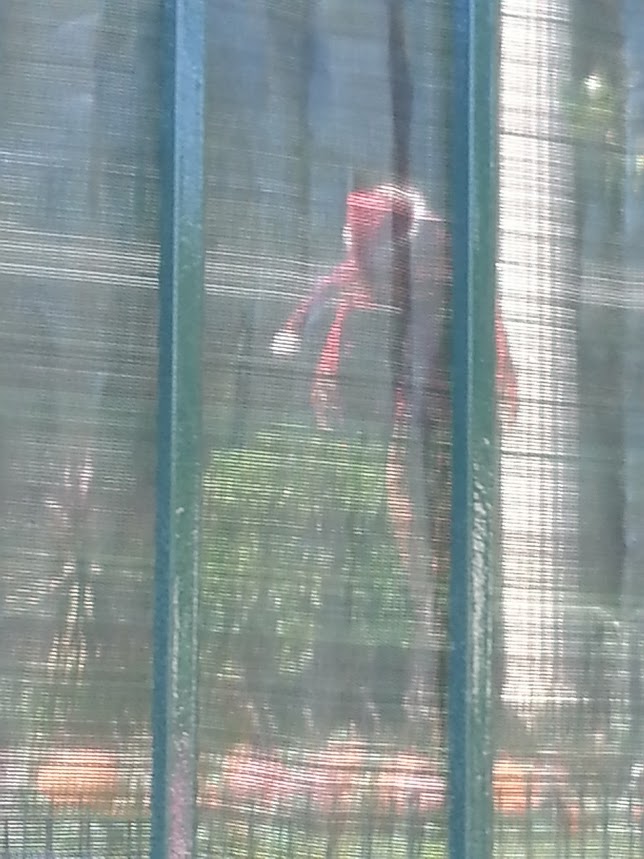 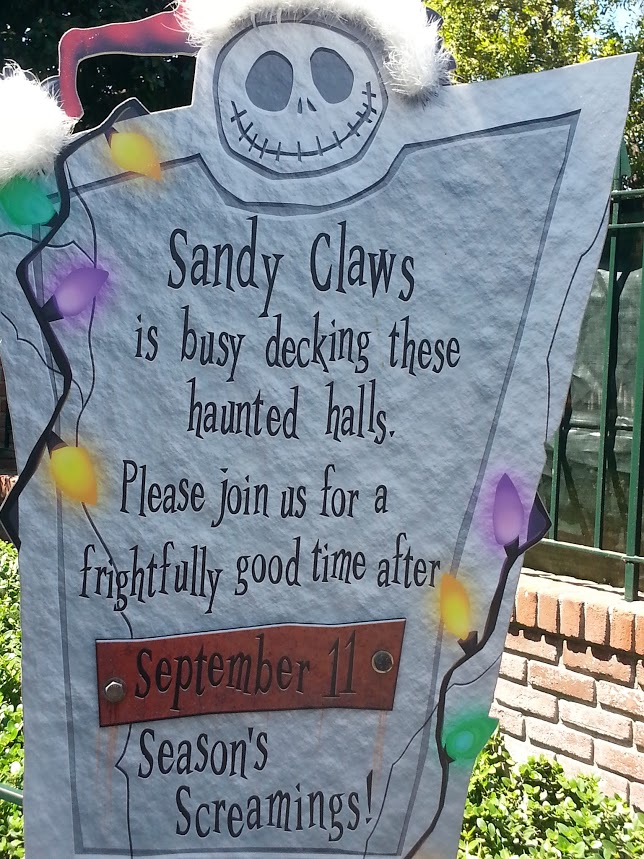 We end this quick update of DLR and DCA with a picture of Star Tours emphasizing our excitement and soon to be discussed speculations and ideas of the Disneyland Expansions announced at the D23 Expo since our last visit! 🙂 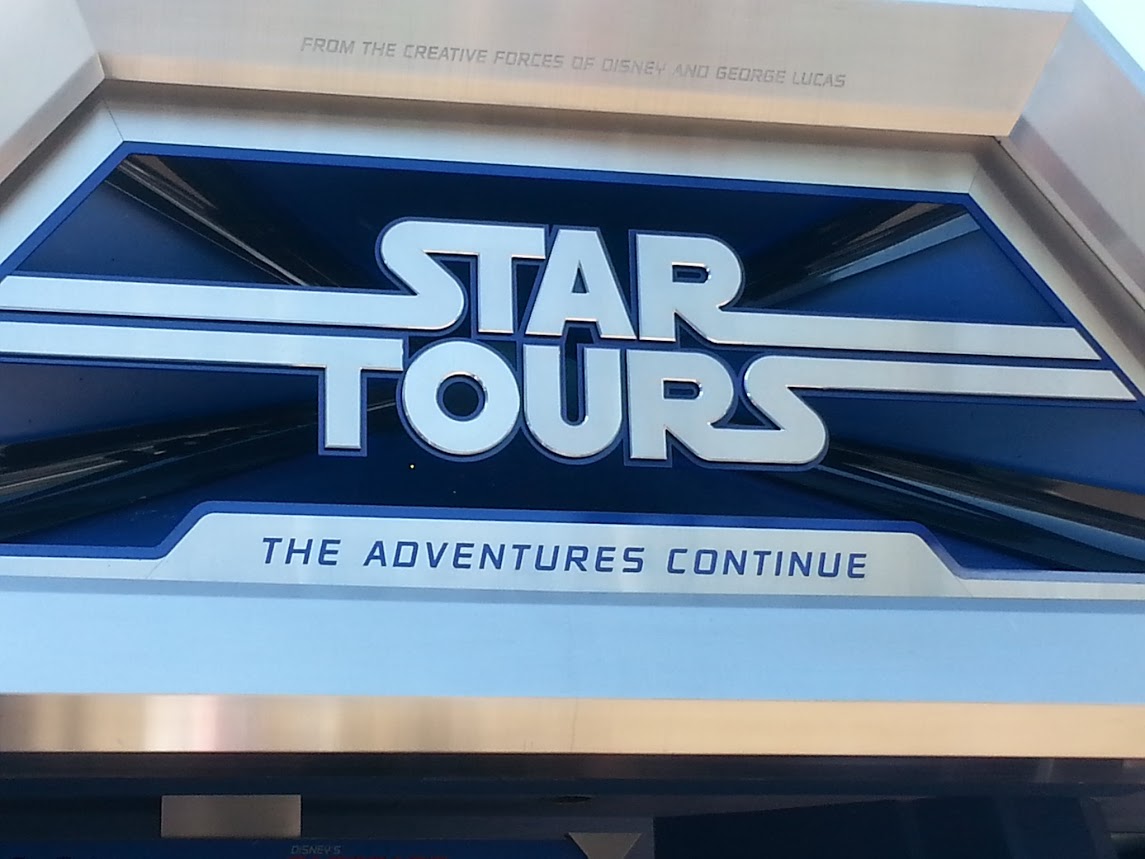 Oh… and don’t forget this is happening next year… 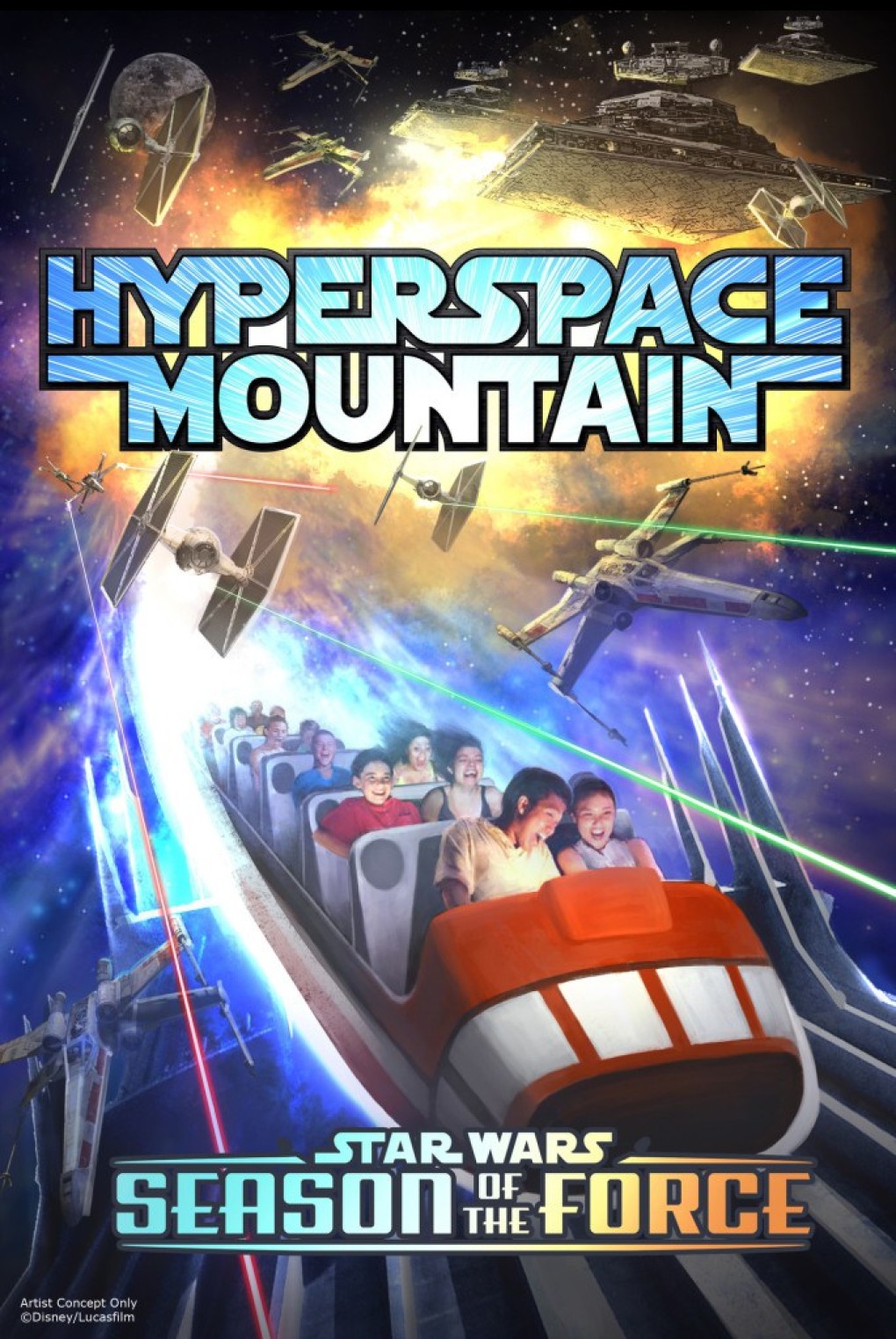 Check out a NEW section of our site, iCCK! We were at the Knott’s Scary Farm Announcements two nights ago, here’s the FULL REPORT!

Leave a comment, and make sure to follow us on our social media for exclusive coverage!  Facebook–Twitter–Instagram