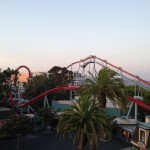 It’s that beautiful period of limbo between the summer season and Haunt season where the crowds just seem to melt away. After the cessation of weekday operation, there has still been a lot to cover at the park. Floortex is continuing in its semi confirmed transformation, and Halloween Haunt preparation is in full swing. Dare we say we have a leaked list of this years mazes and scare zones? Perhaps. Let’s continue and find out.

As mentioned, crowds today were very light, which fortunately for us, led to some awesome Drop Tower marathon. And yes of course one of the cars is still out of operation…sigh. 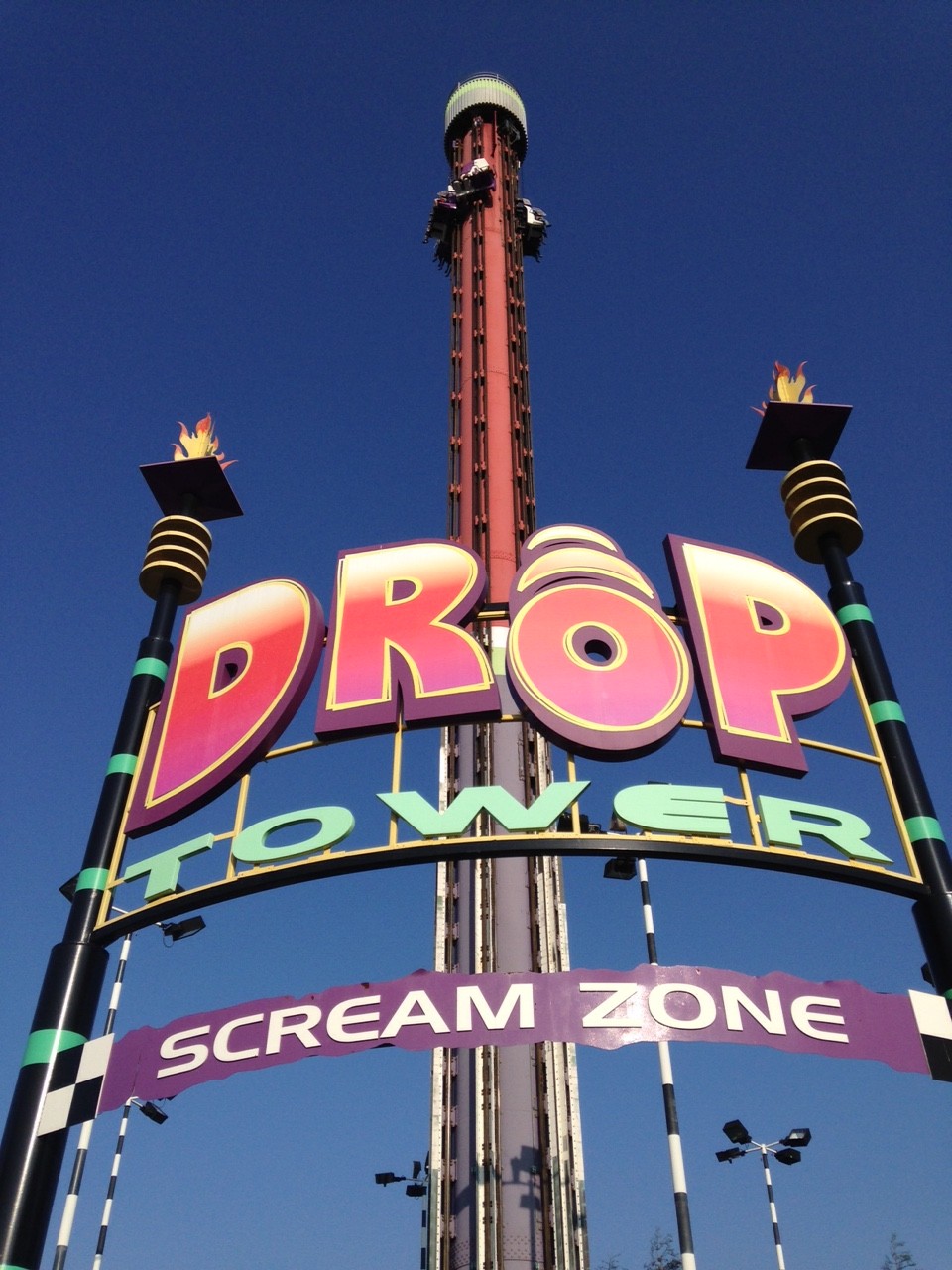 Demon had a station wait at most, and was running very smoothly today, so we took a few swings on it. 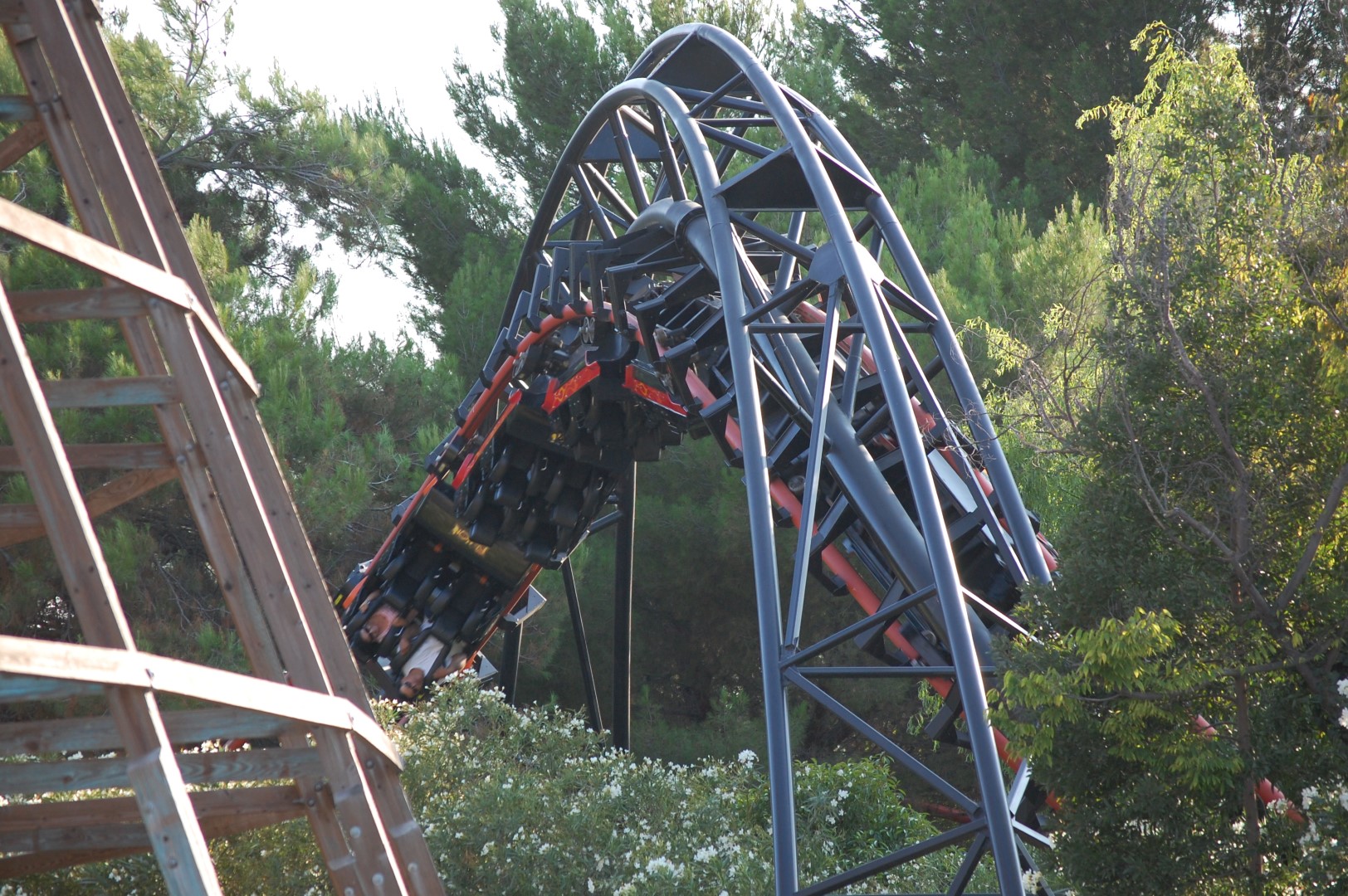 Also in that area, the new midway soccer game that was added this season has become very popular. There were more guests gathered around this game then in line for most rides. 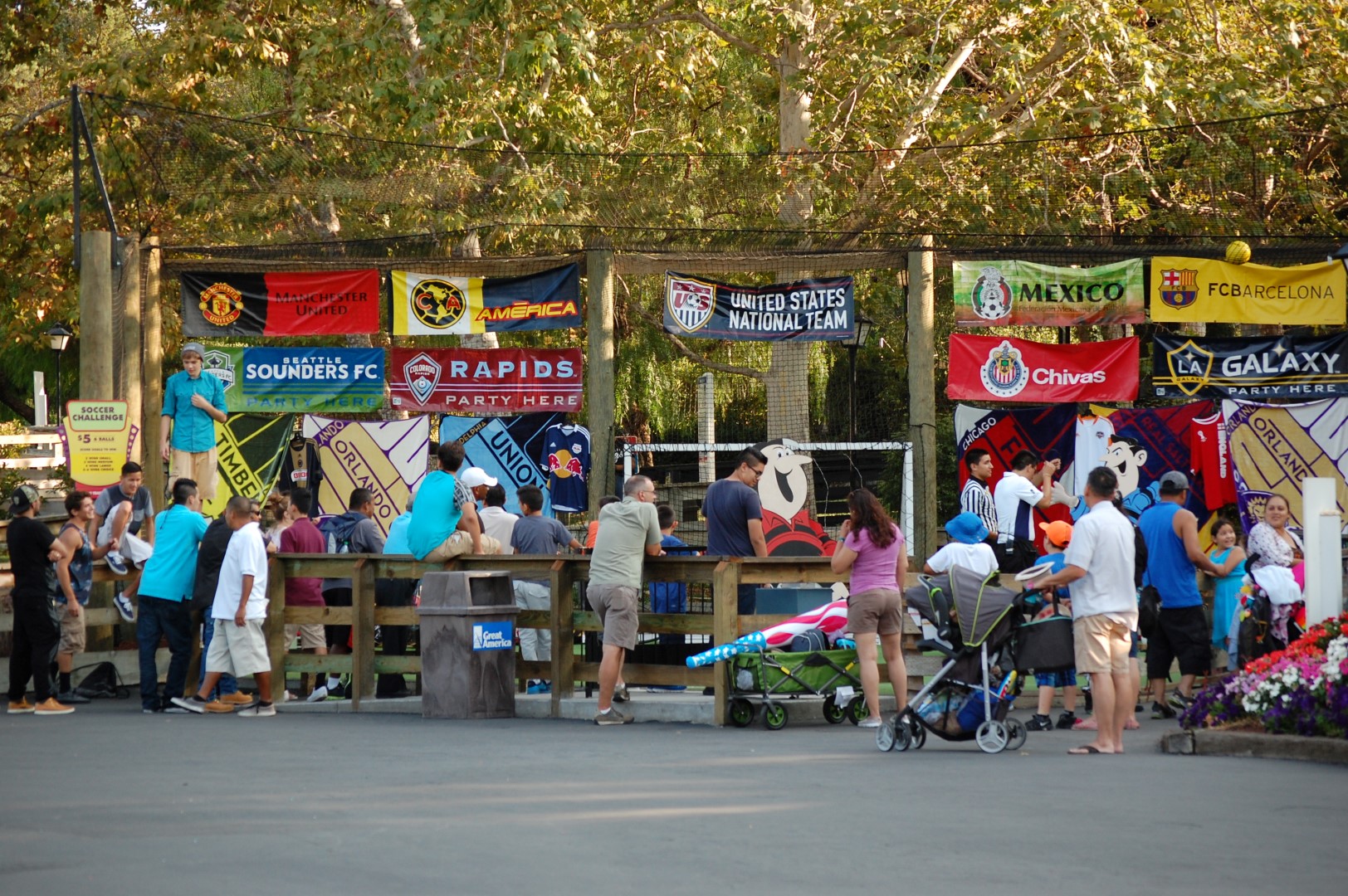 Goldstriker seemed smoother than our last visit, so that’s a relief. Perhaps we just caught it on an off day. 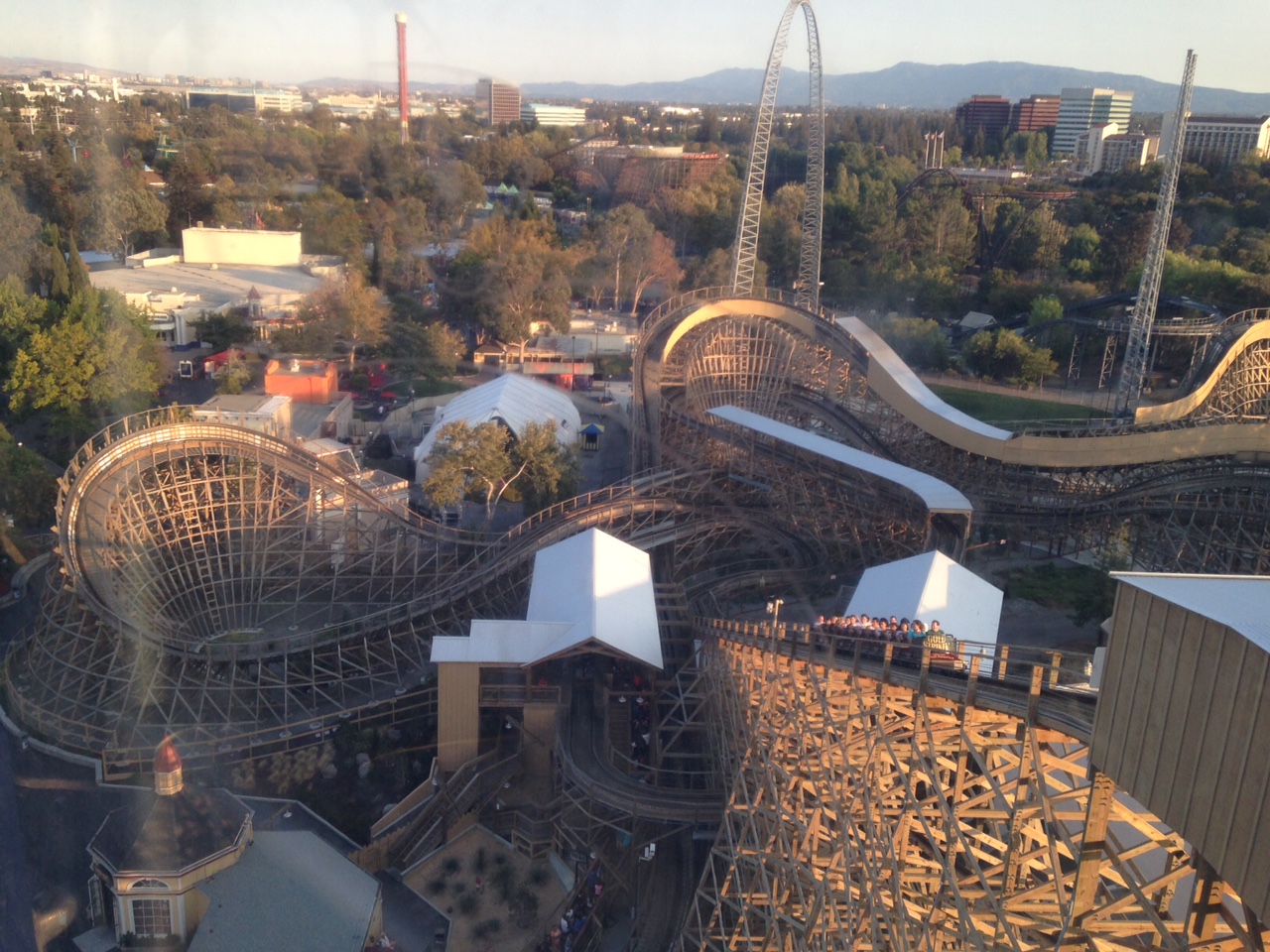 As far as off days go, today was not one for Flight Deck. It was just on skates today. I don’t think I’ve greyed out this much on it ever before, and I was only in row two! 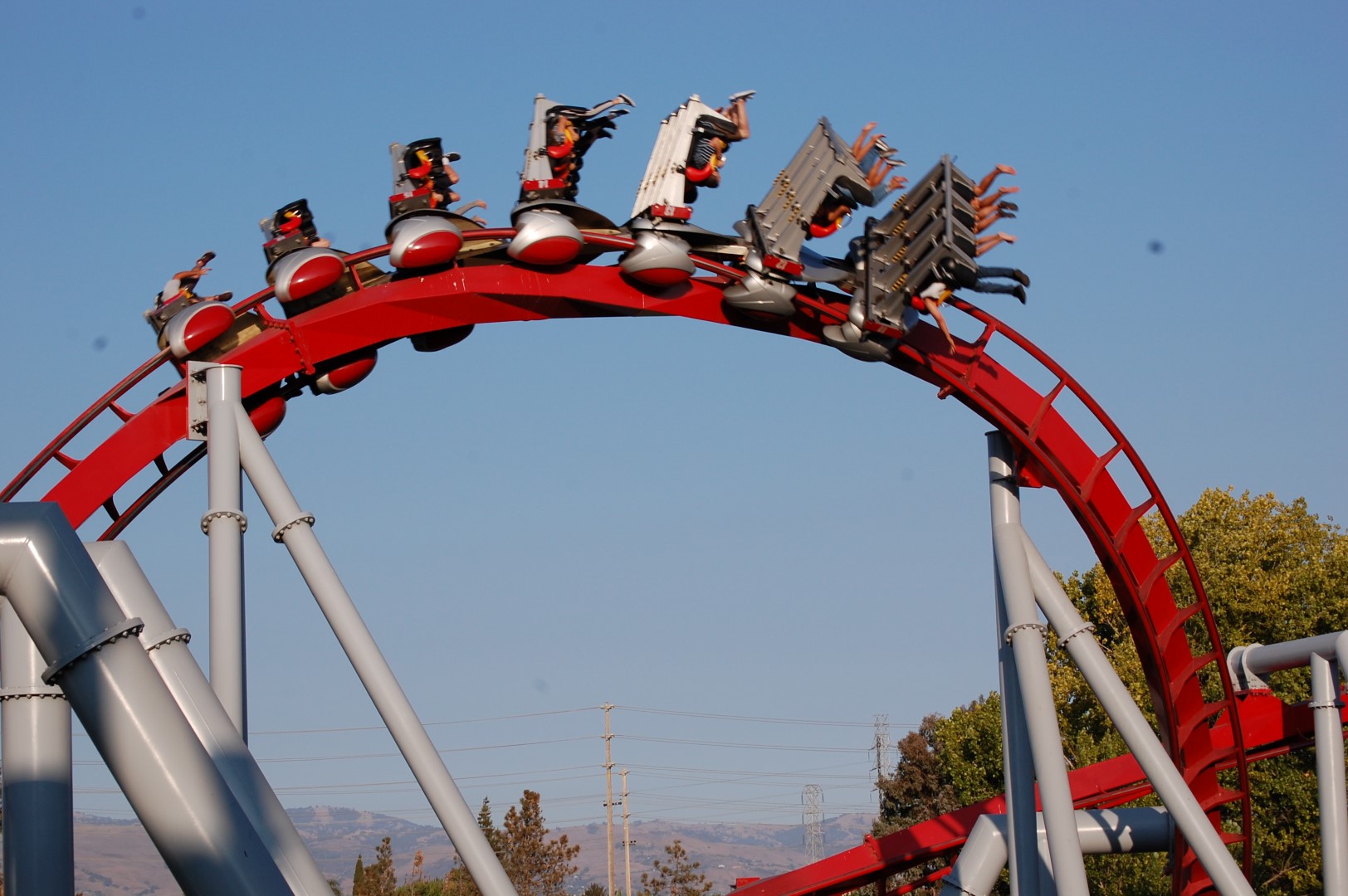 Firefall was closed and running empty cycles while we were passing it, but fortunately it opened up later in the day. And yes, of course still no fire effects. 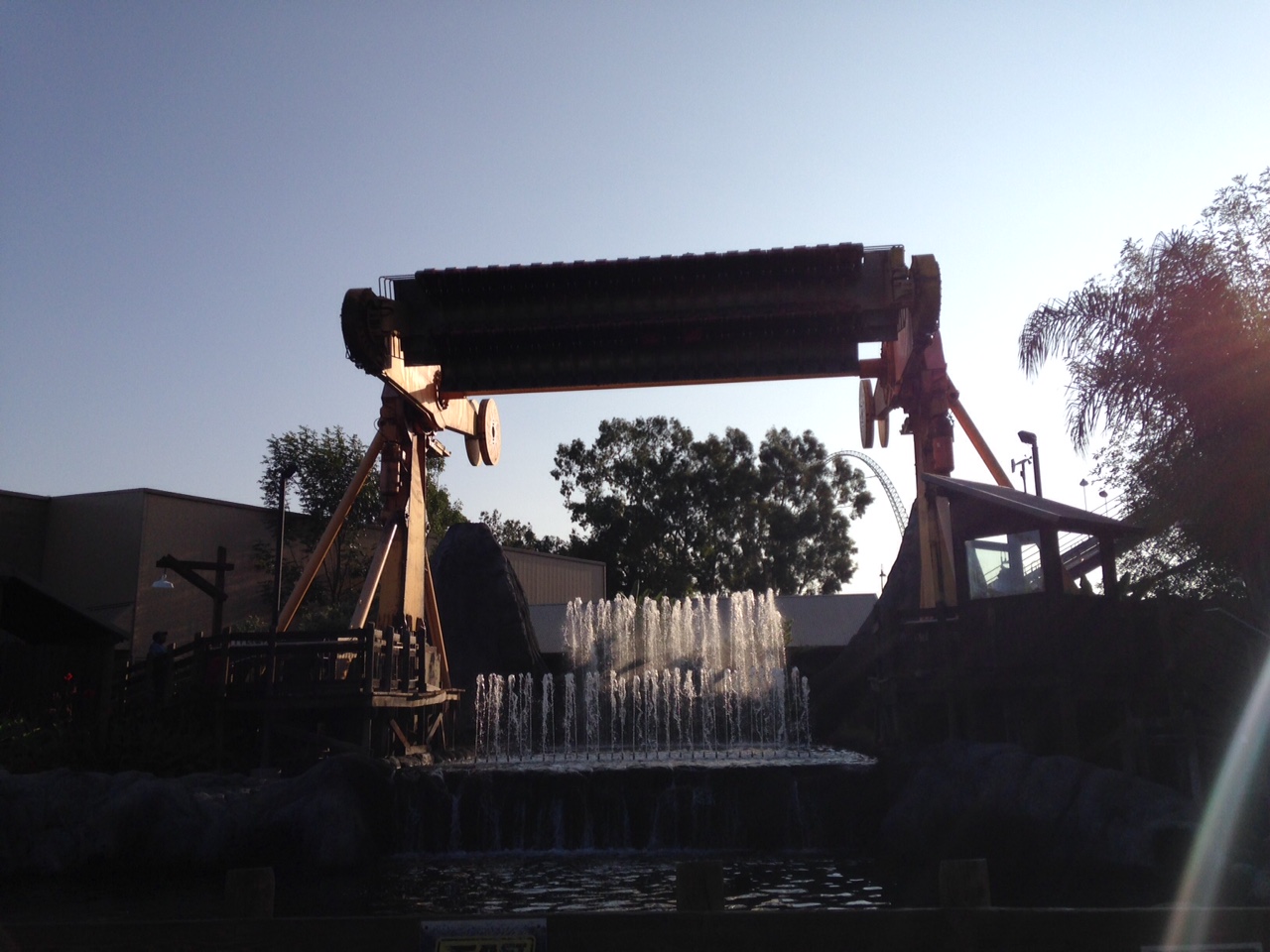 Delirium had similar maintenance issues, but also reopened later in the day. As a side note, operations on Delirium have always been terrible, but it was especially apparent today as it had a full queue in an empty park. 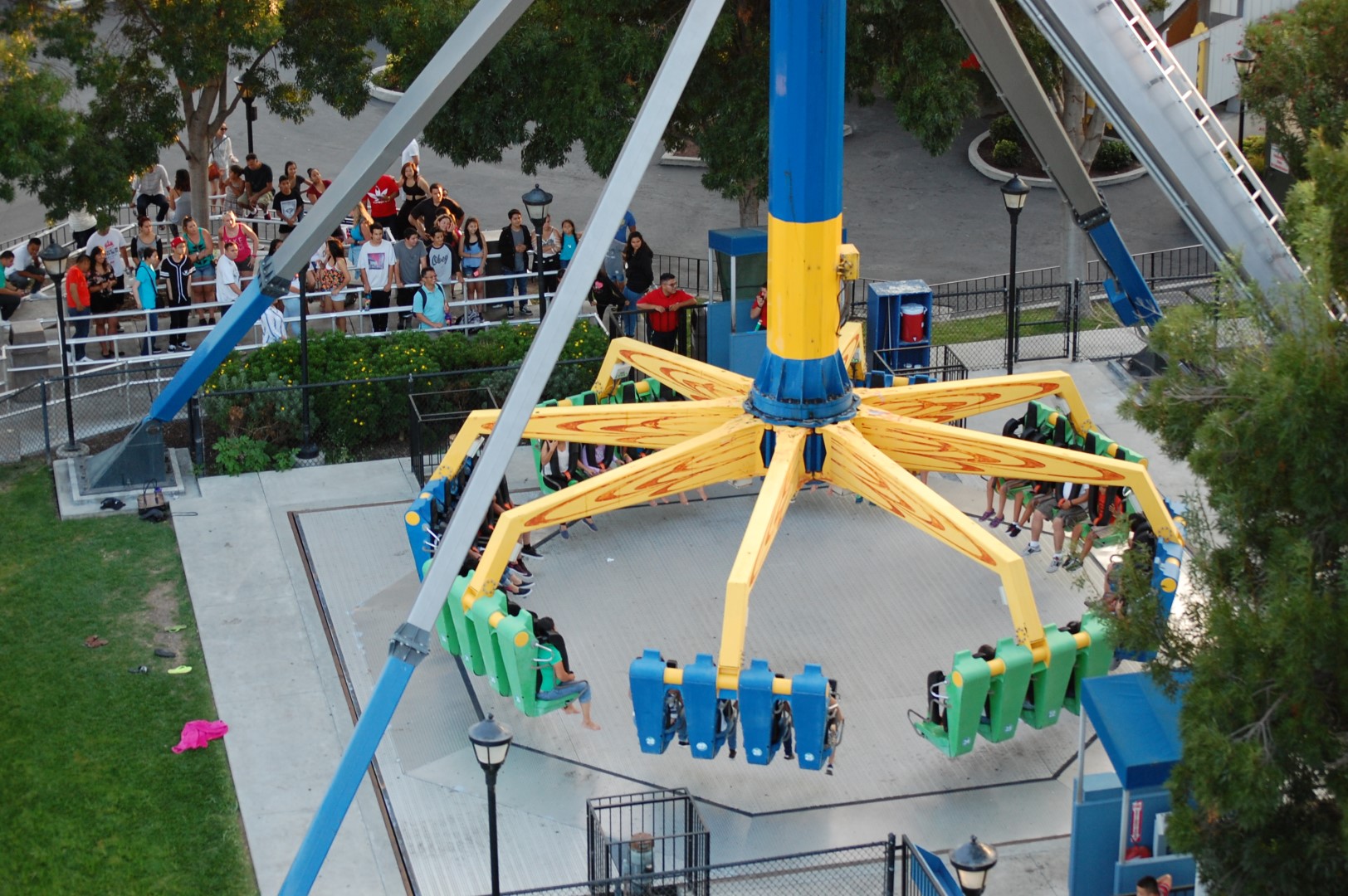 One of the only other ride to really feature any sort of wait was of course Psycho Mouse, the epitome of poor operations. Oh and Tiki Twirl had a decent wait, and of course no fire. 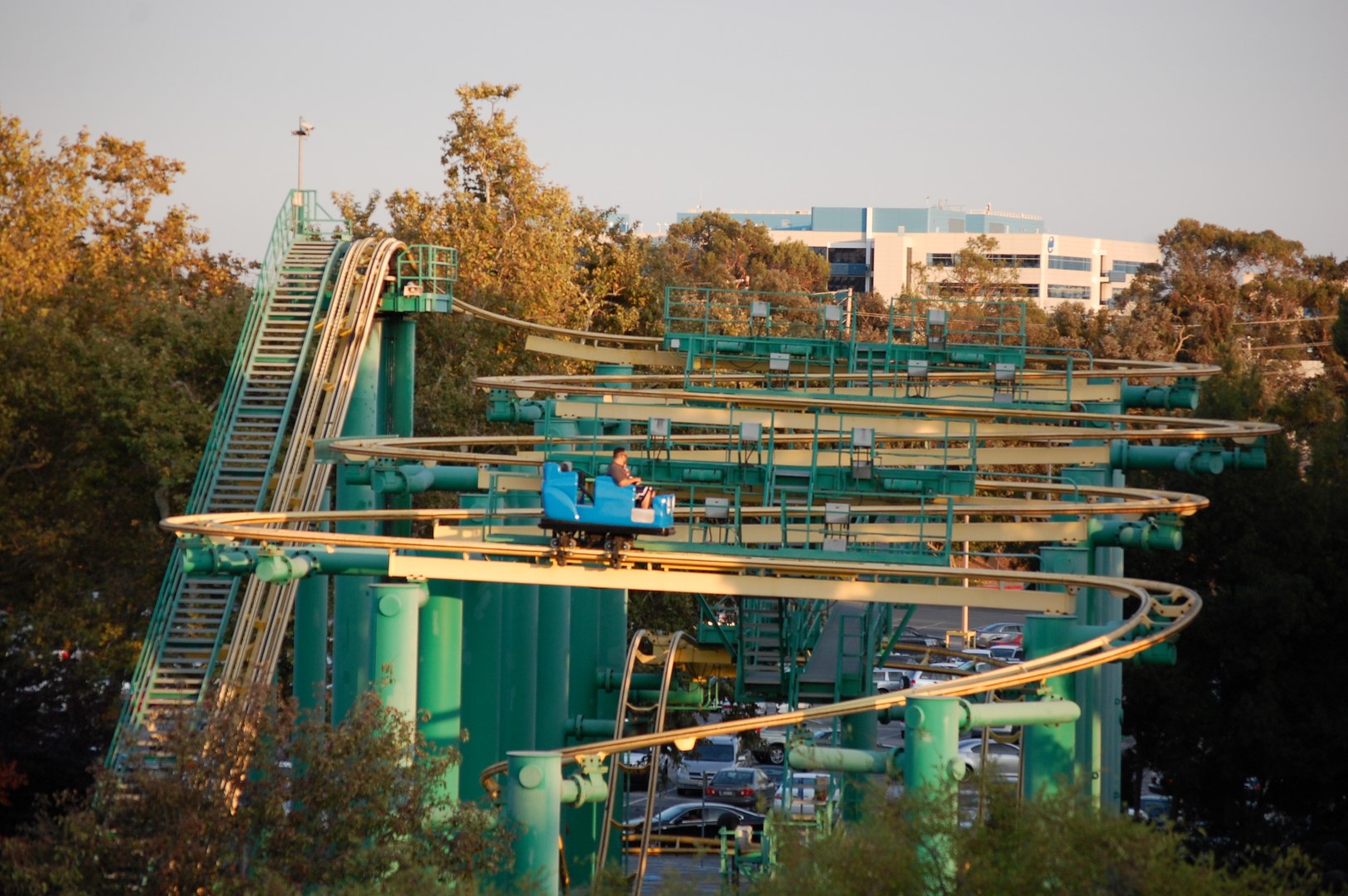 Lastly, Star Tower was running a non spinning cycle today, which was rather strange. 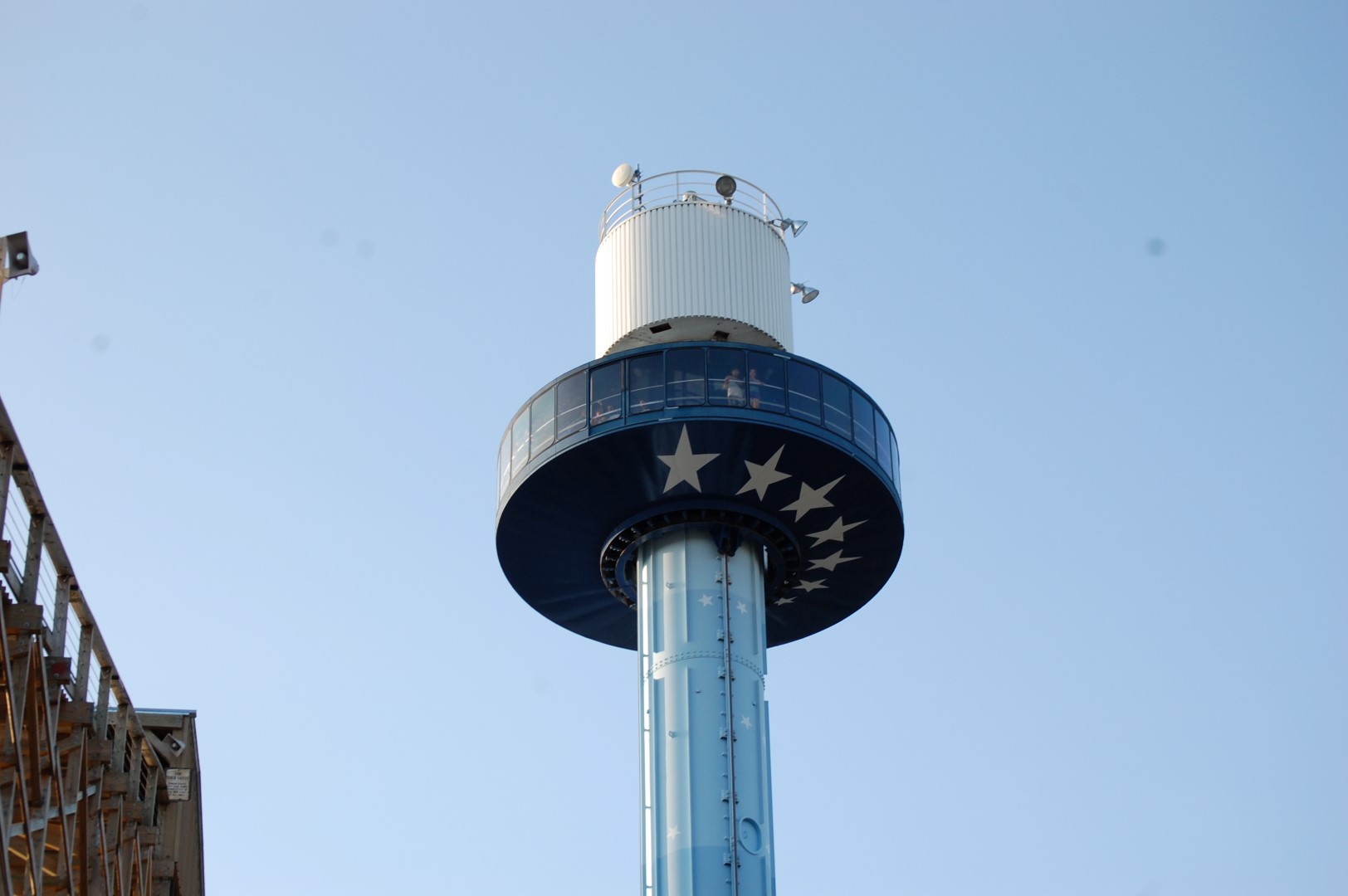 Moving on the Floortex, more supports have been painted, created a very stark contrast with the un-painted supports and track. 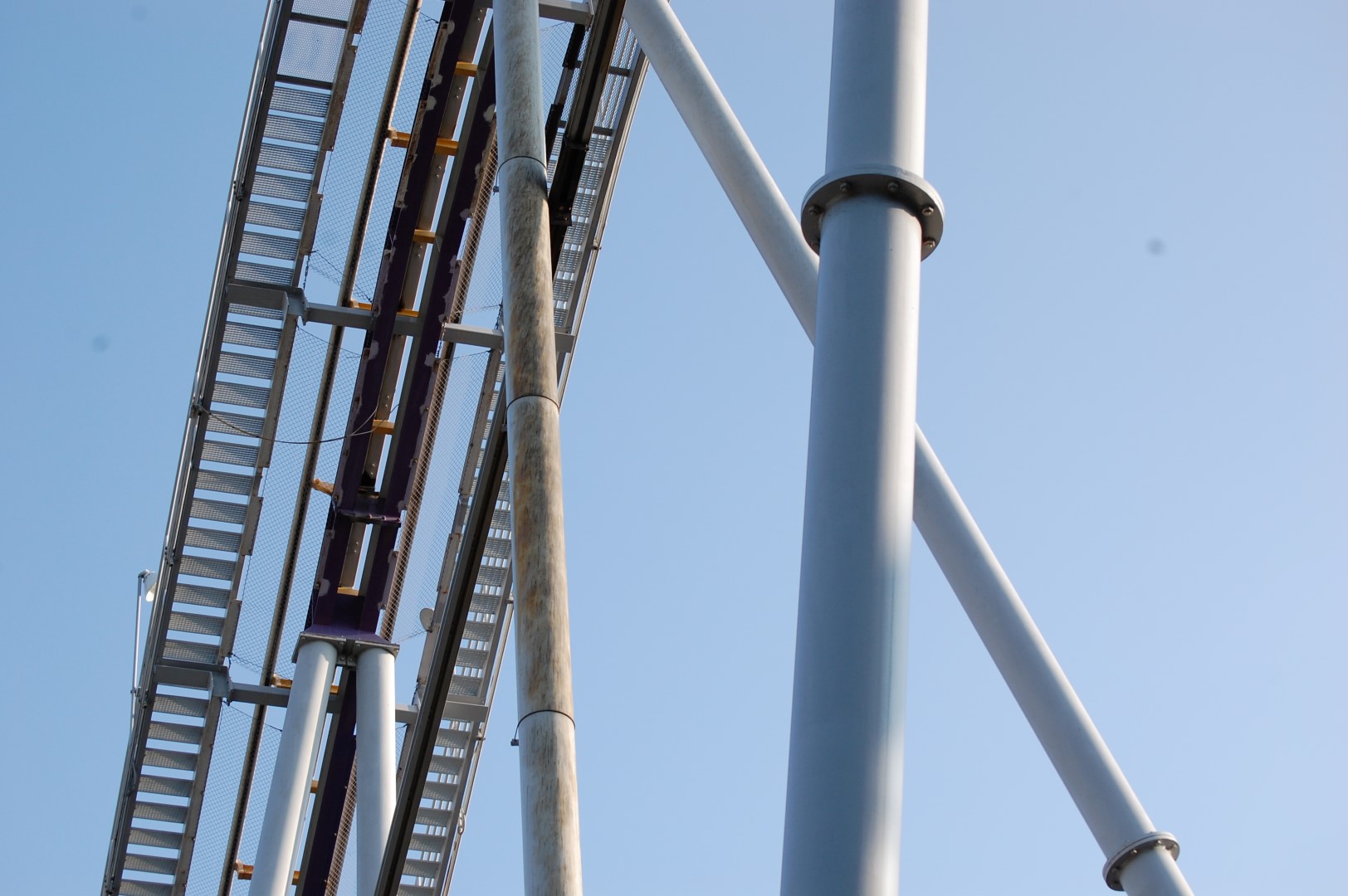 Otherwise, not much has changed. At first we thought it was cycling empty trains as some sort of testing, but then we just realized there was literally no one in line for the ride. 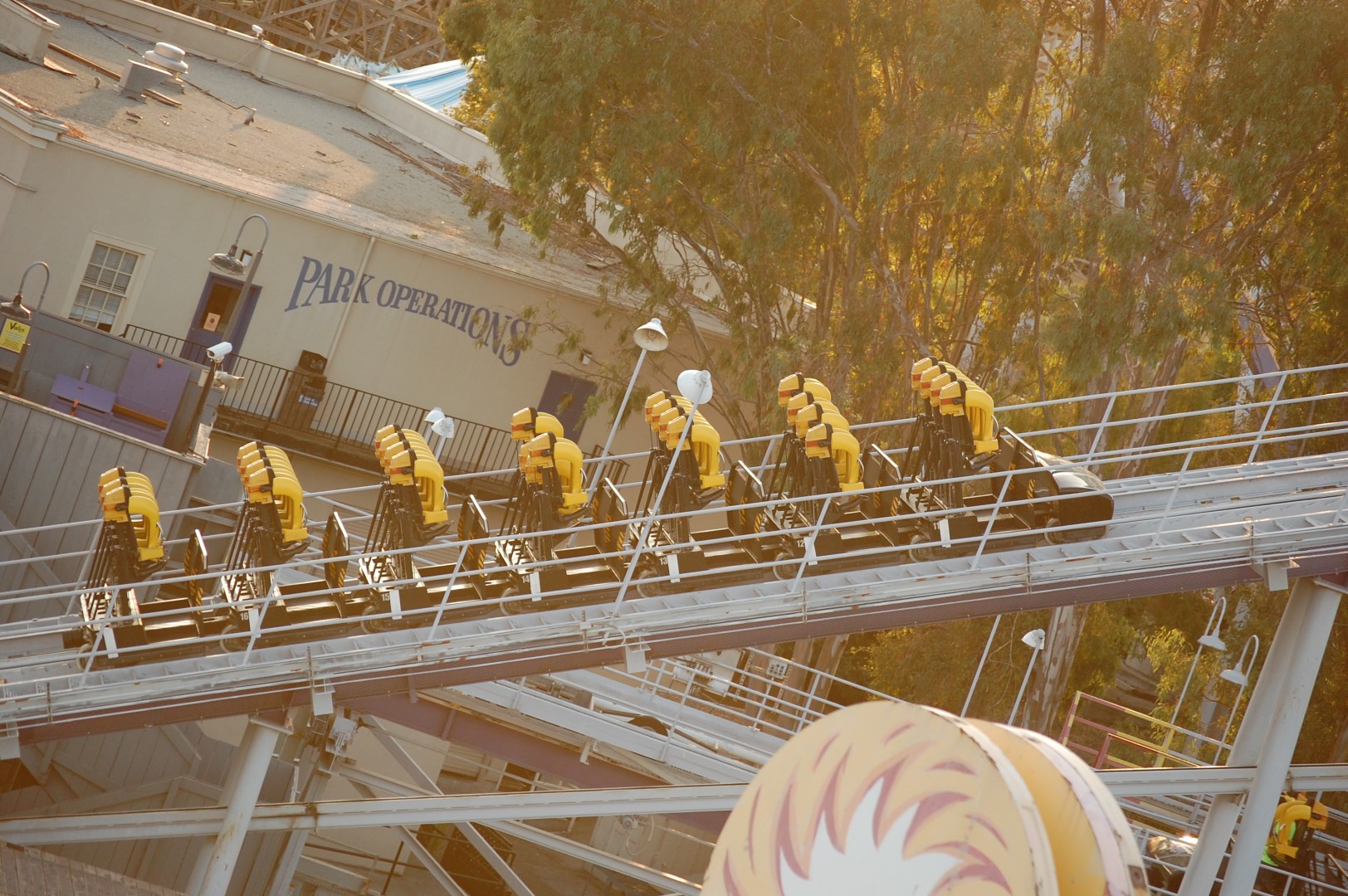 It’ll be interesting to see how this gets marketed, although Cedar Fair will probably go the route of Rougarou and pass it off as a new coaster with a new name. Otherwise, I can’t see this conversion really affecting attendance. 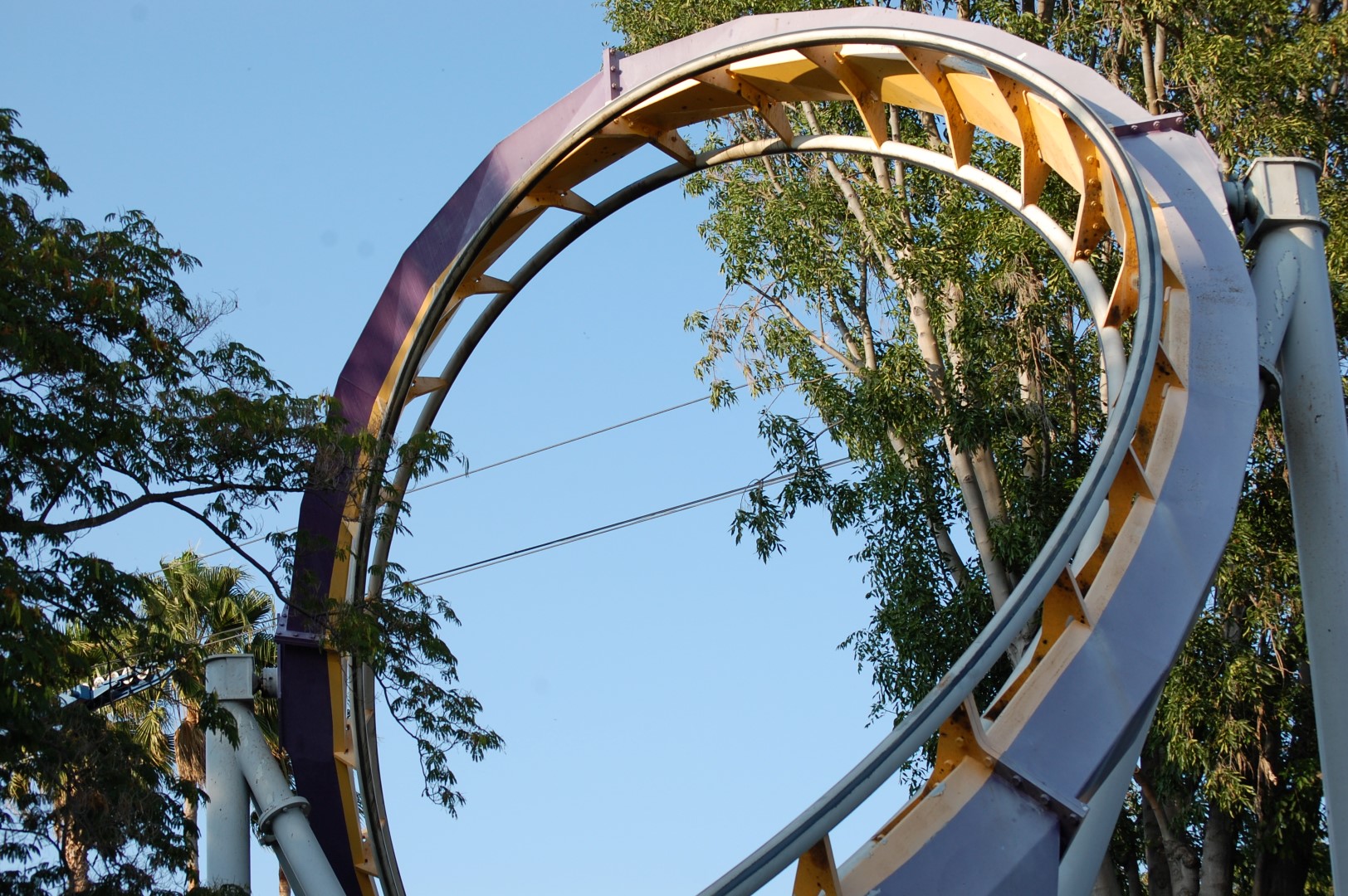 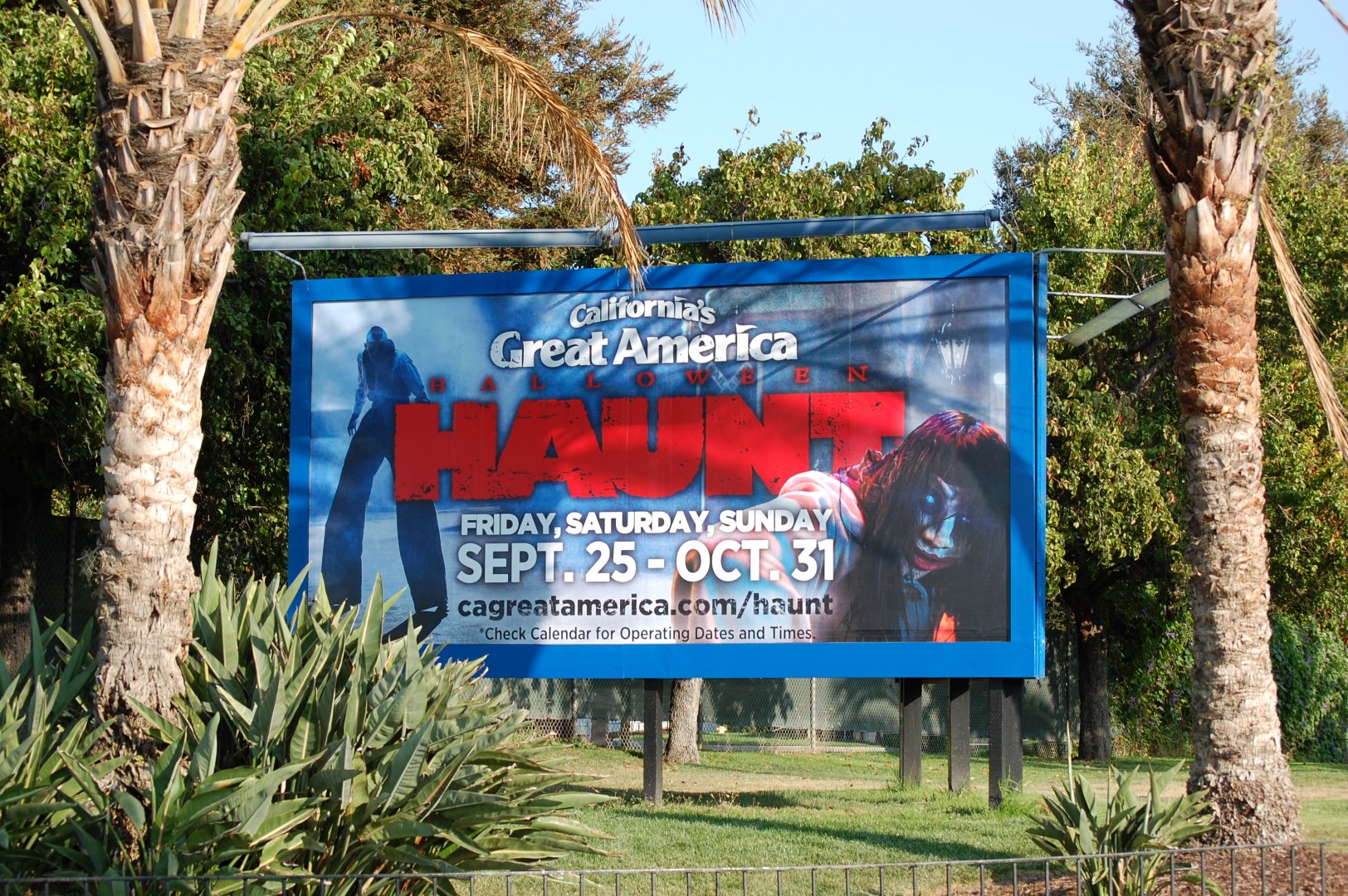 A facade has been built for Massacre Manor’s location, which has some sort of Mardi Gras type theme. We’re not sure if that will be the new theme for the maze in that location or if it is something else entirely.

Slaughter House has some walls being put up both inside and outside, and of course the tent remains (it was never removed). 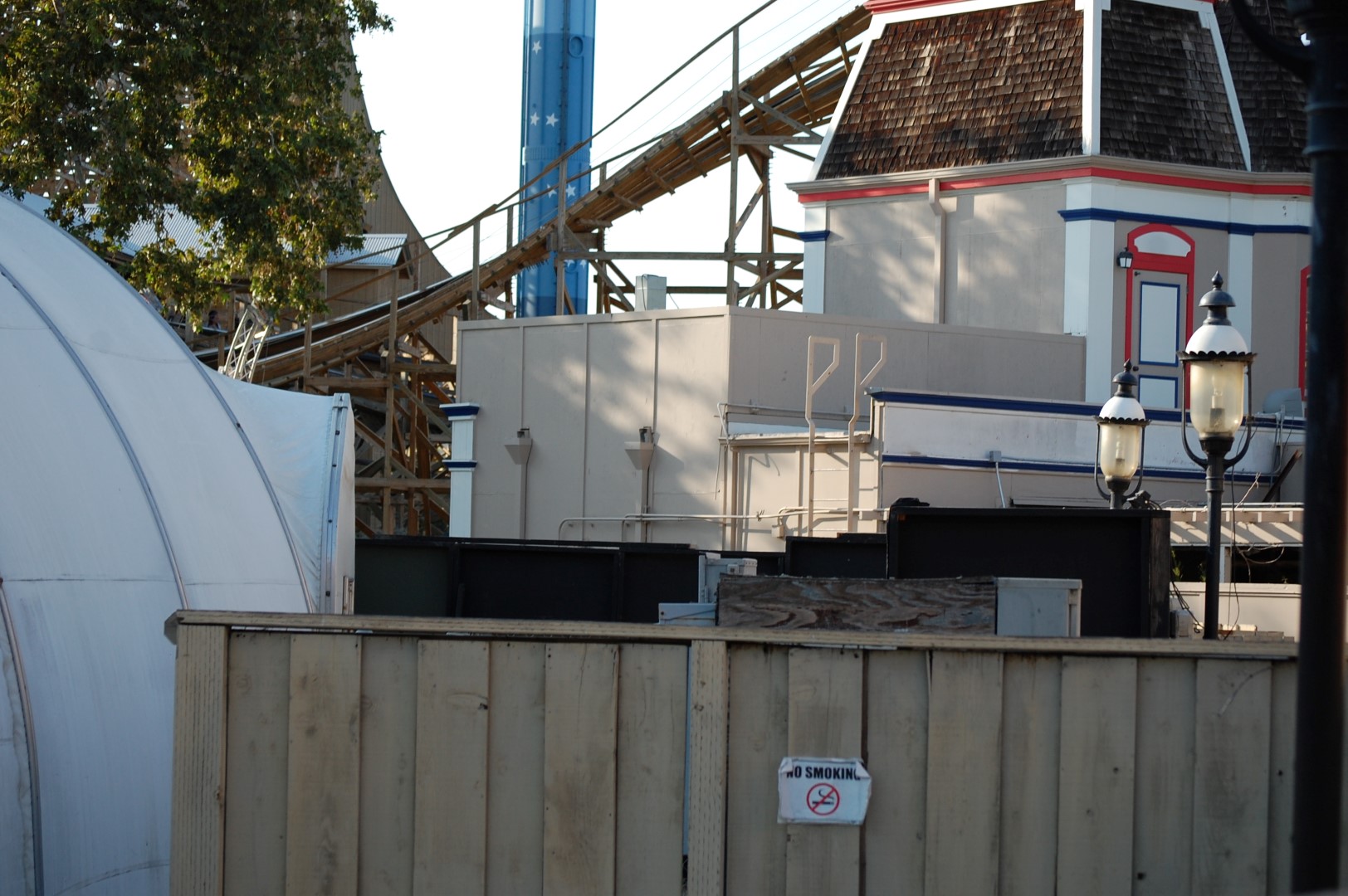 Rue le Dodge has closed for it’s transformation into a Haunt maze. Rumor has it  that this maze will be receiving a new theme this year. 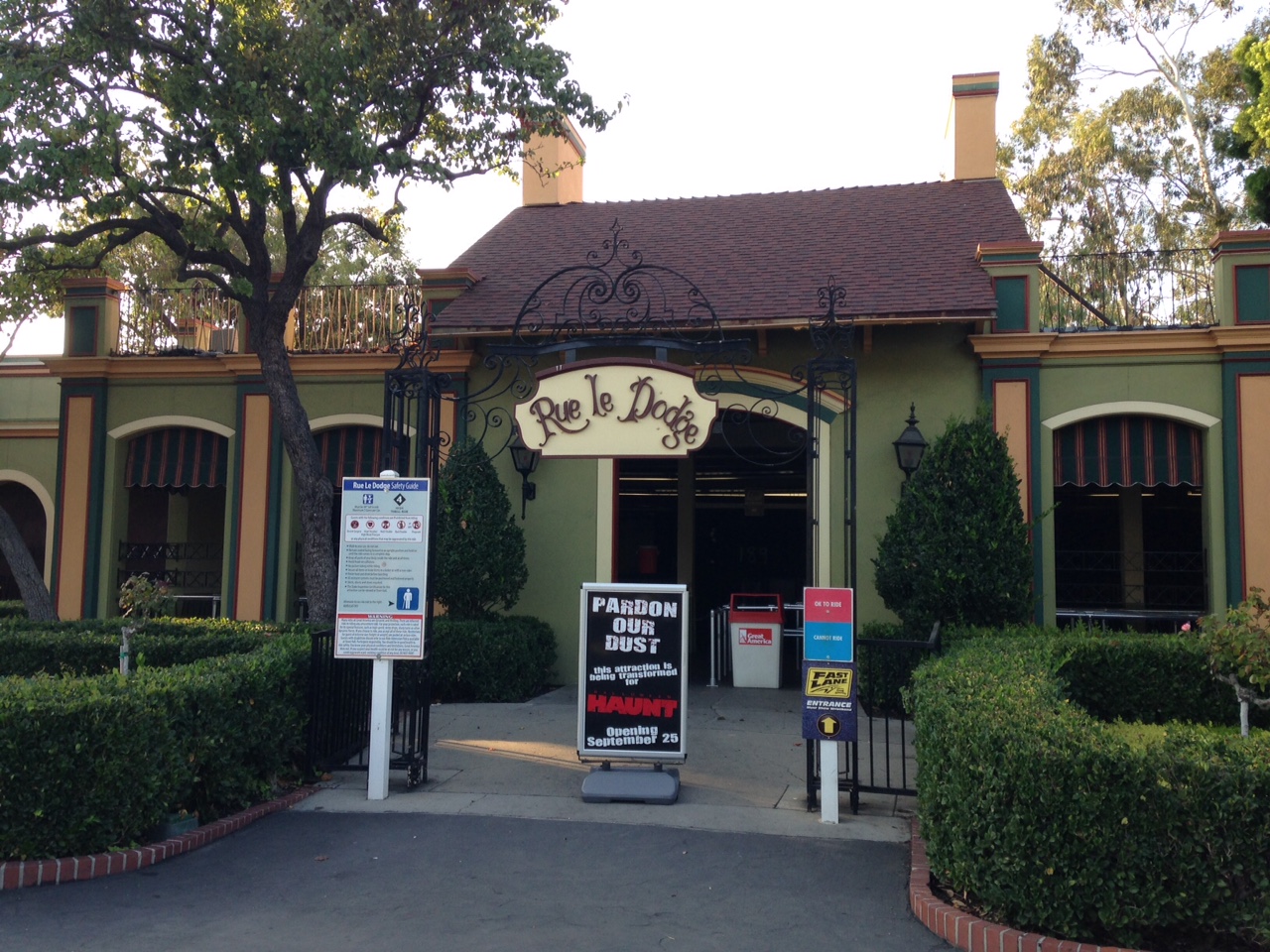 There are lots of walls being put up, but as of now it is mostly physical construction without any real theming elements around, so it’s a little hard to guess what that theme could be. 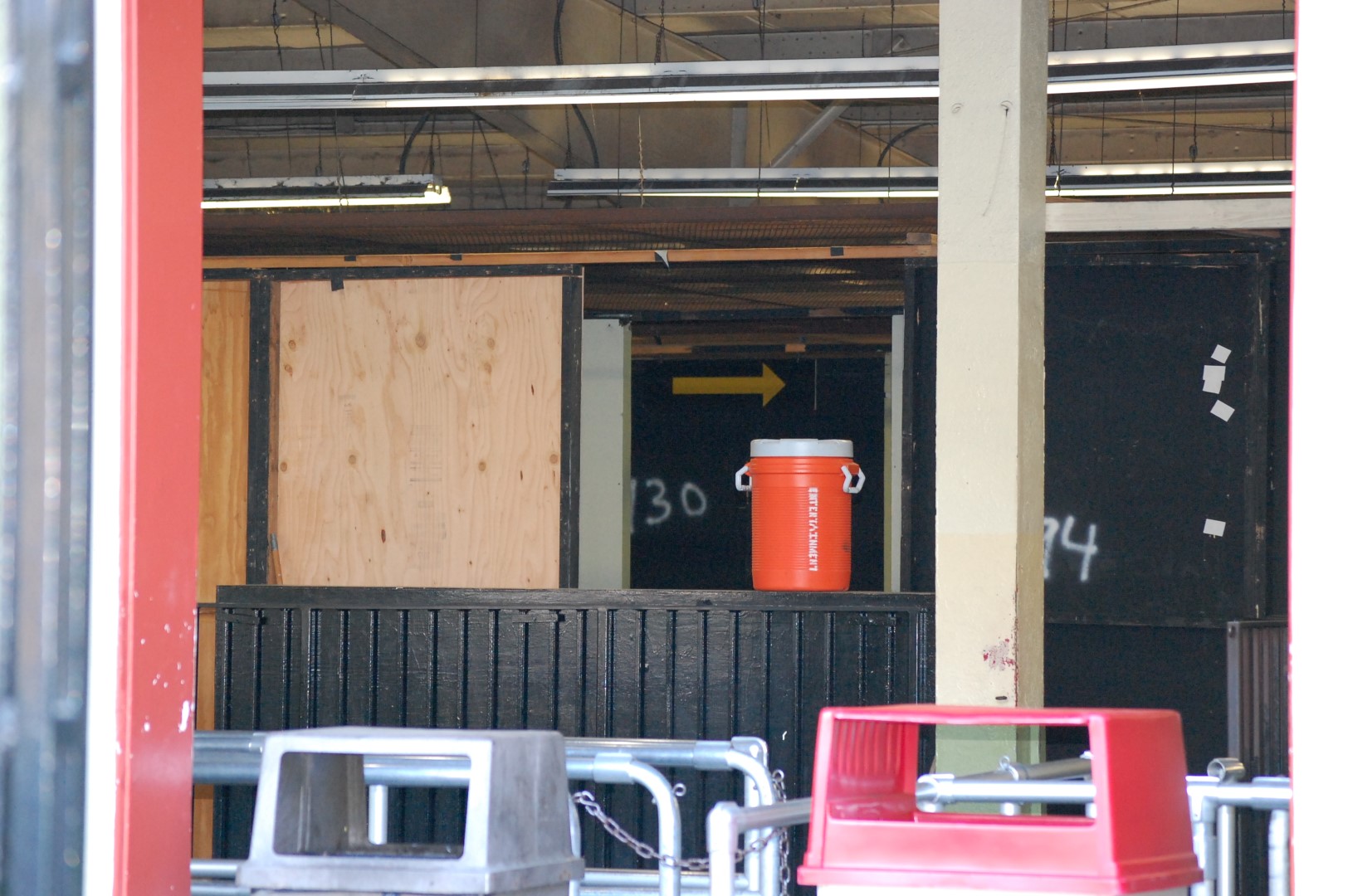 Dia de Los Muertos looks almost entirely constructed, at least the outside portion visible from Star Tower. In all fairness however, much of this maze was left standing from last years haunt. In any case, it appears this maze will return with the same theme. 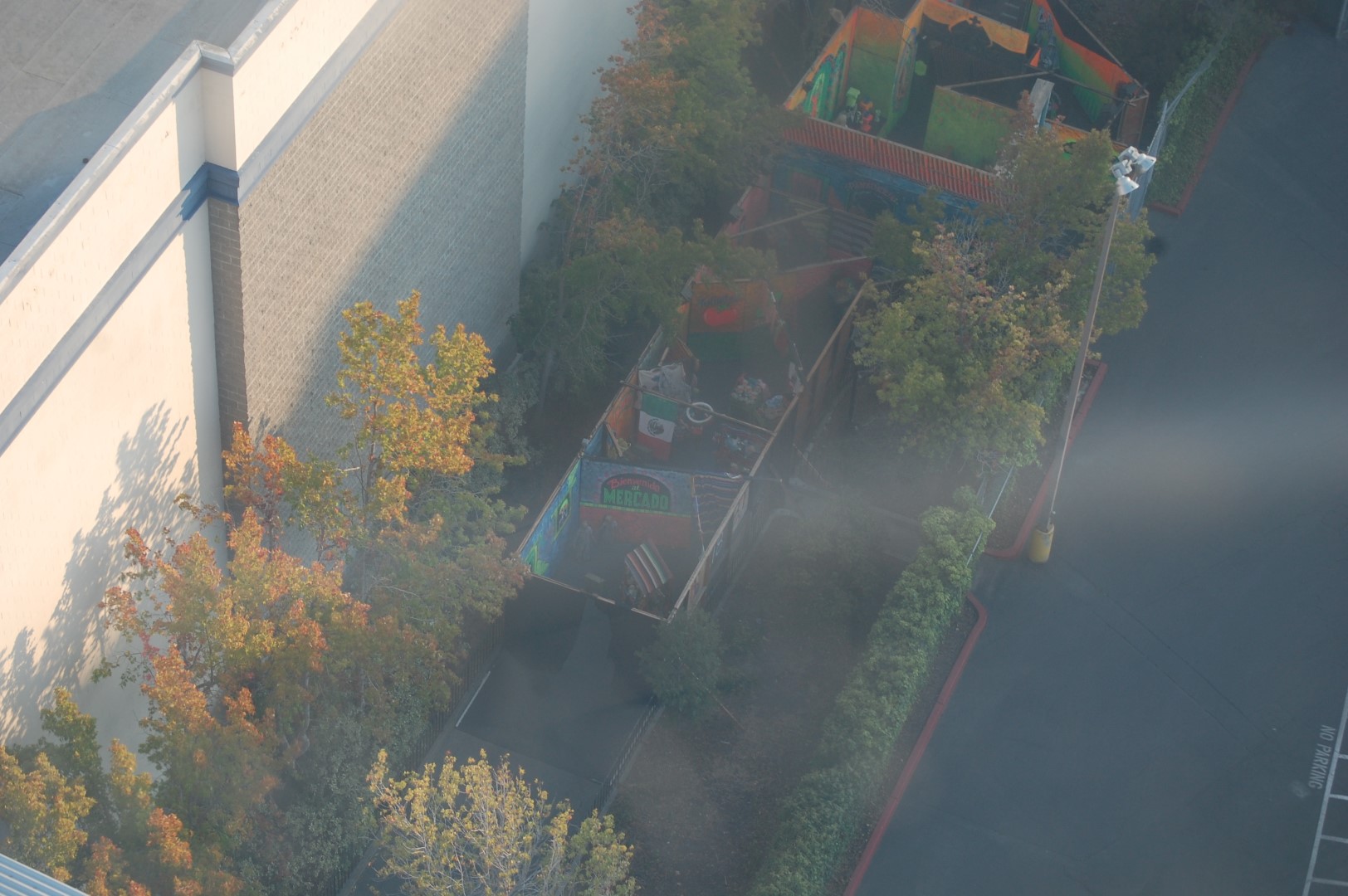 Lastly, Zombie High has received some more wood and materials outside, and we can only assume much more is going on indoors.

More interestingly however, there is a cluster of Gravestones with names on them that appear to be the names of the mazes and scare zones for this years Haunt! It’s a little hard to make out, but there’s definitely some information to be gathered from this. The information about this year’s haunt is now available on the CGA Haunt site. Note the little slits in each grave stone? It’s for guests to vote on their favorite mazes, which is done near the entrance of the park. 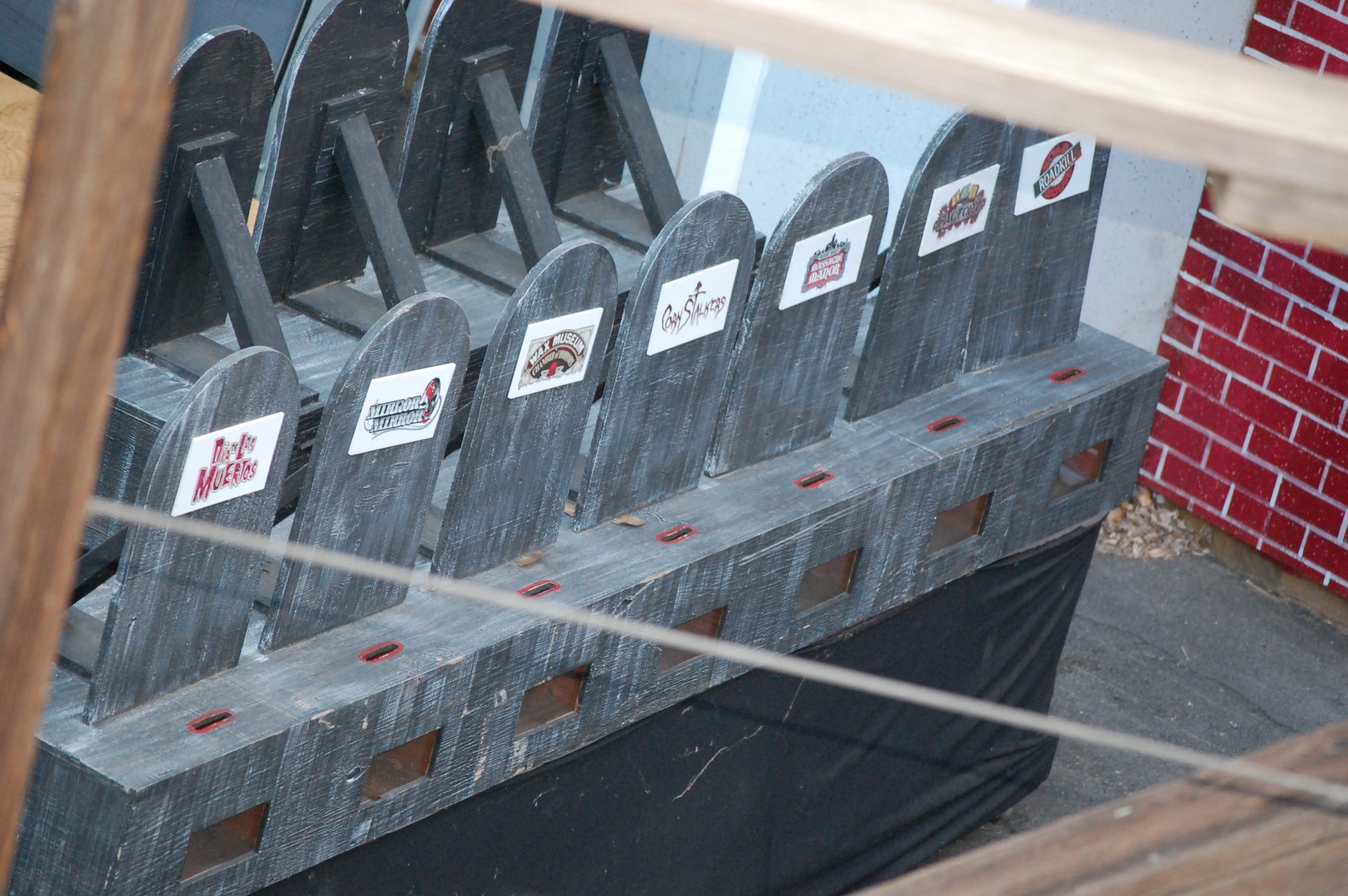 The park has also announced that there will be nine mazes this year, four shows, and three all new scare zones packed with over 500 monsters. Now if that doesn’t sound scary I don’t know what does.

Thanks so much for checking out this update as always! So, what is your favorite thing about Halloween season? Comment below and let us know! 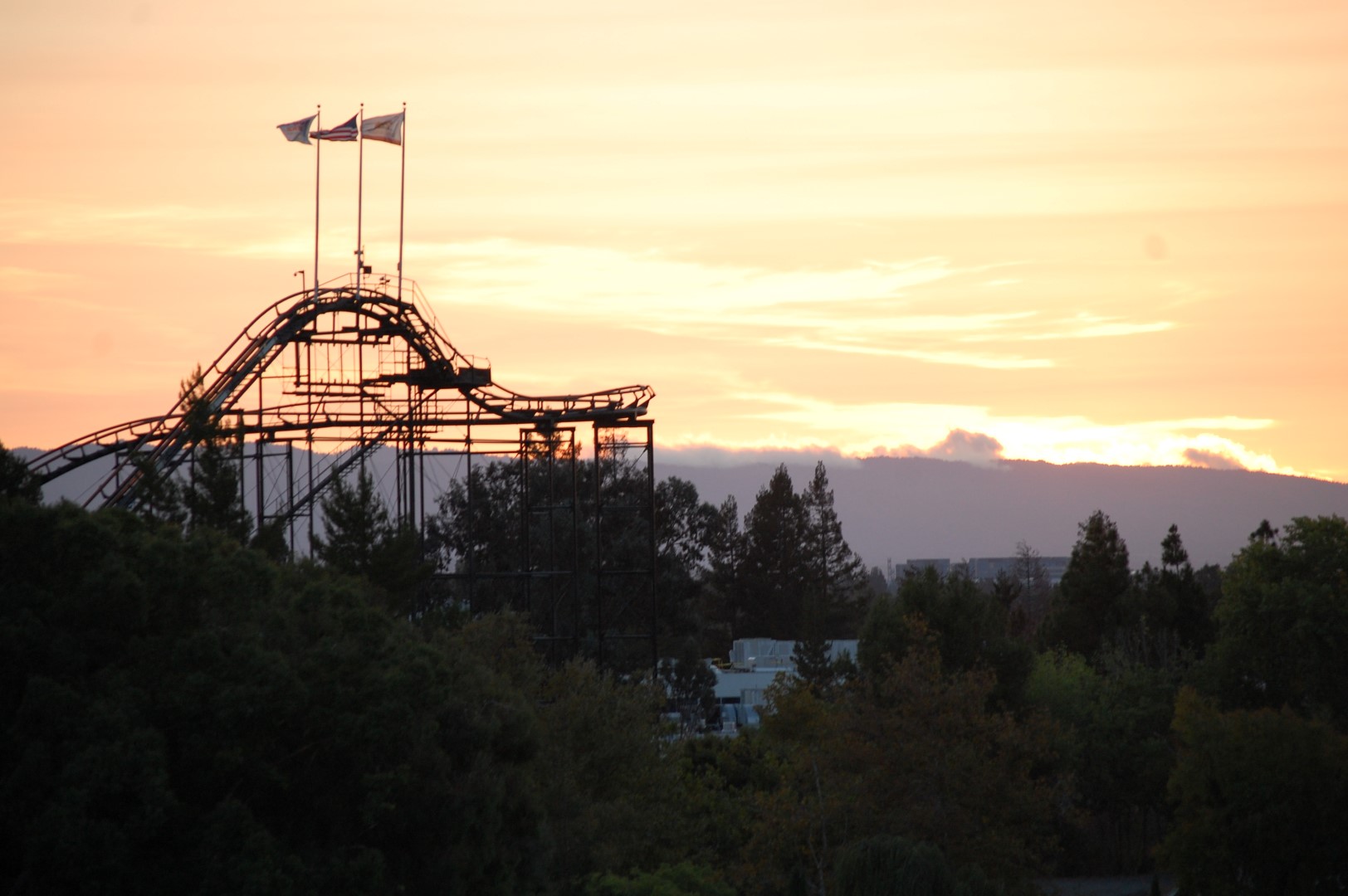 We’ve got more brand new updates from this weekend, like our Six Flags Magic Mountain and Disneyland Resort ones!