Alexander: Welcome to our comprehensive countdown of Cedar Fair parks! Before we begin, let’s talk about the two Cedar Fair parks that are not featured on this list, and why:

Originally we planned to rank all 12 Cedar Fair amusement parks in this article, but two stuck out as overly challenging to apply to this list: Gilroy Gardens, which is managed (but not owned) by Cedar Fair is a scenic kiddie park that doesn’t neatly fit within the totem pole of Cedar Fair parks.

Do we rank it high because it’s gorgeous? Do we rank it low because it has two coasters? Ultimately we decided leave it with an honorable mention: do make time for this lovely park on your next trip to NorCal, but don’t expect to need more than a few hours. 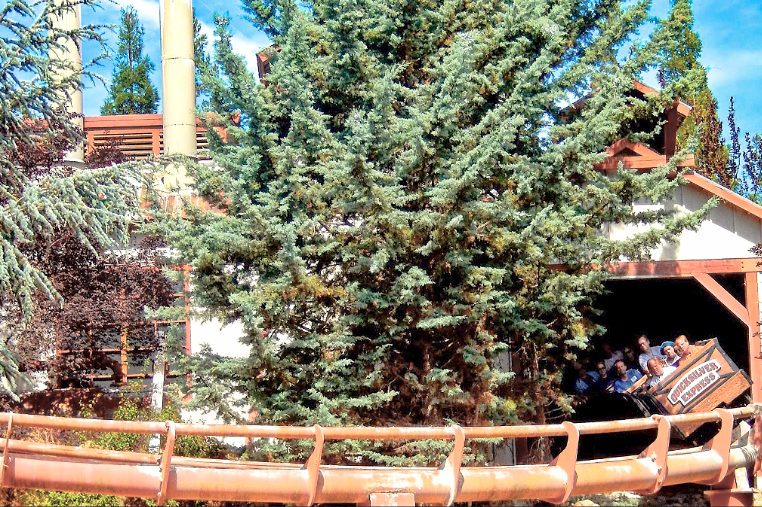 The other omission making this list an even 10 parks is Worlds of Fun, but only because no one on staff has visited this park in over a decade (we’ve visited the other 10 at least once in the last two years). Leaving the park out is not to comment on its quality, but to admit that we can’t give it a fair shake in this lineup with our most recent visit being 2009.

We’ve watched Worlds of Fun make major infrastructural improvements throughout the 2010’s (plus they added my favorite flat ride – a Huss Condor!) and we look forward to seeing the changes for ourselves at some point in the near future (for now, enjoy this Facebook-quality photo of Patriot from my 2009 visit). 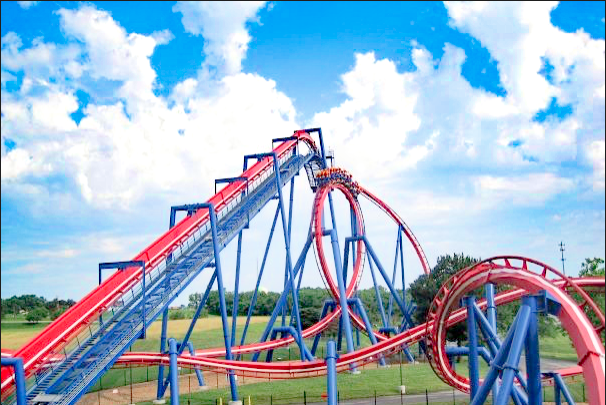 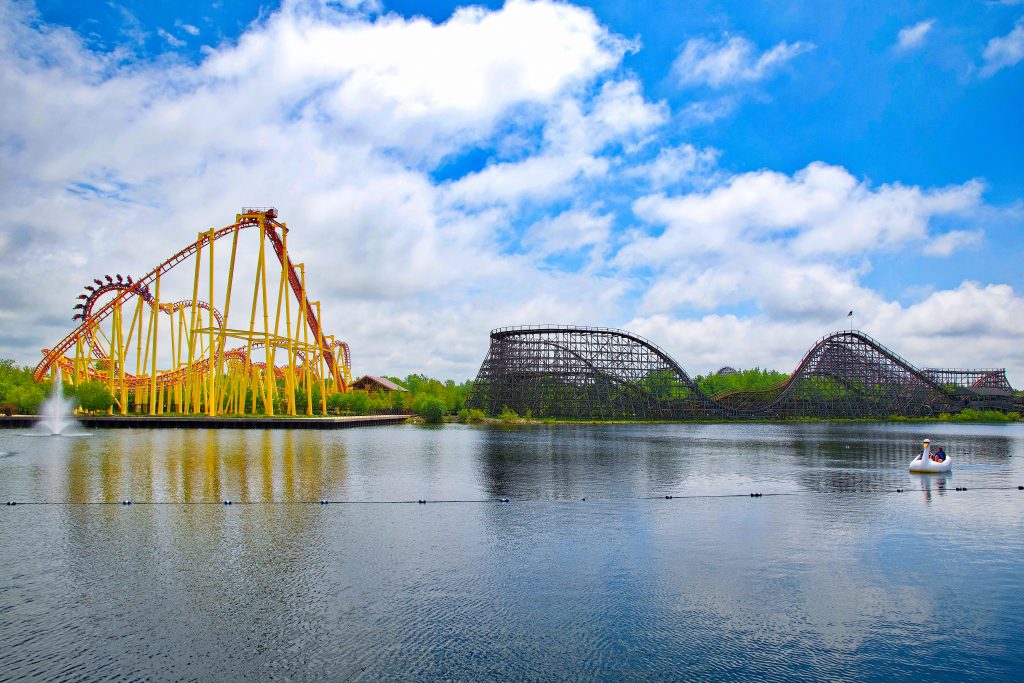 We want to clarify: every Cedar Fair park is a good park. There are no bad apples among these twelve properties. We’re going to be splitting some hairs on this list, and somebody has to be last; Michigan’s Adventure is a perfectly inoffensive regional park (except for the utterly hideous entrance plaza, which has all the charm of a Detroit public park bathroom) with a respectable collection of rides.

Their 3-month operating season, stagnant growth pattern, and isolated location makes Michigan’s Adventure one of the more challenging regional parks in the U.S. to want to visit, but once you’re there you’ll be glad you made the effort. The big surprise for us was Thunderhawk, which runs like a modern-era Vekoma despite its age. Wolverine Wildcat isn’t the dumpster fire we were lead to believe it was, but Shivering Timbers fell below the hype due a few nasty potholes. 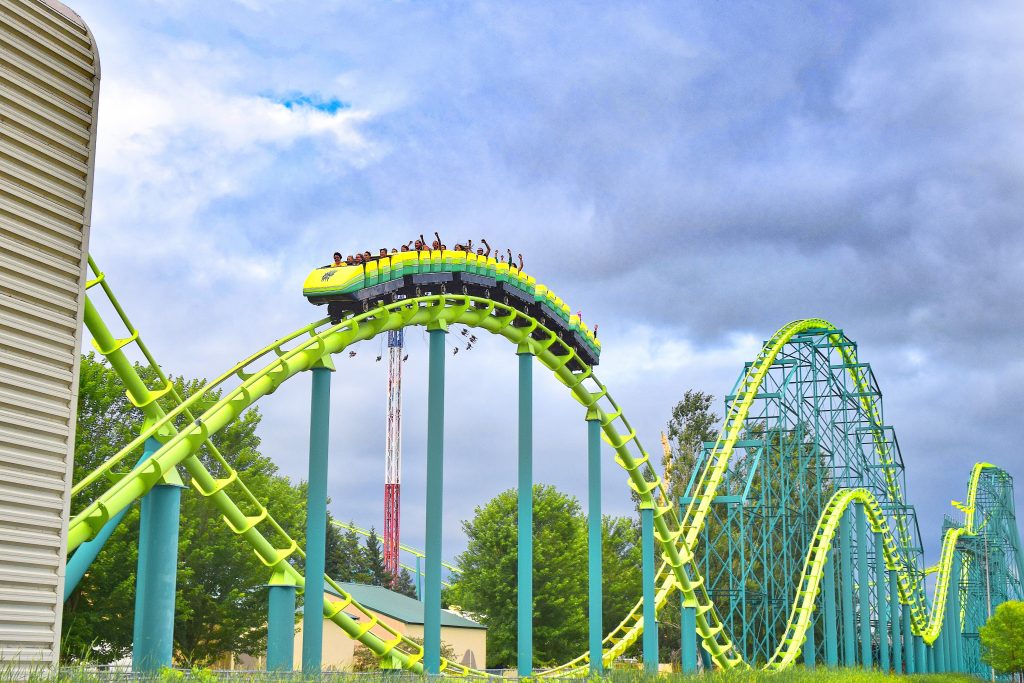 From Michigan’s Adventure we leap to “nearby” Valleyfair, which feels like what Michigan’s Adventure would be if it was situated near a larger metro. The 2nd oldest Cedar Fair park behind Cedar Point has a “bygone Cedar Point” feel to it, with some of its older areas brimming with golden-era Gemini/Corkscrew Midway vibes (meanwhile other areas are guilty of having more concrete than necessary). Aside from Canada’s Wonderland, you won’t find a Cedar Fair park with a better collection of flat rides.

We think Wild Thing remains the most charming of the 3 Cedar Fair Morgan Hypers, and Excalibur remains perhaps the most bewildering Arrow coaster ever built (and our personal favorite at the park). Like Michigan’s Adventure, an Arrow mouse and small-scale looper complement some solid woodies and a surprisingly good invert. 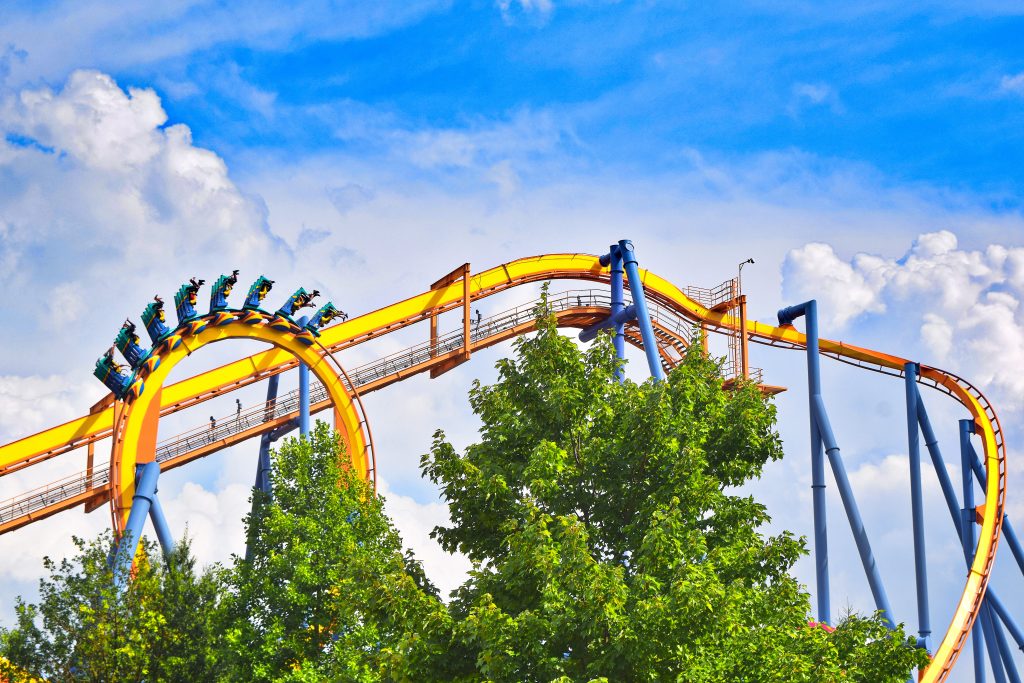 Dorney Park’s biggest crime is being situated in a hotbed of infinitely more notable parks, whether it be the Orlando-level polish of Hersheypark, the traditional park nirvana of Knoebels, or one of the World’s most powerful coaster arsenals at Six Flags Great Adventure. Still, Dorney Park withstands with a collection of attractions that would garner significantly higher praise in a less saturated region.

B&Ms are what put Dorney’s coaster offerings in the next weight class above Valleyfair and Michigan’s Adventure (atmospherically the parks are 3-of-a-kind), but the lack of a decent wood coaster for the Philadelphia-area park is hard to overlook with some of the World’s greatest within a 90 minute drive. Non-coaster standouts (like the 1935 Zephyr train, the exquisite Thunder Creek Mountain log flume, and the last remaining Intamin Freefall in North America) may leave the strongest impressions on coaster enthusiasts jaded by Dorney’s neighbors. 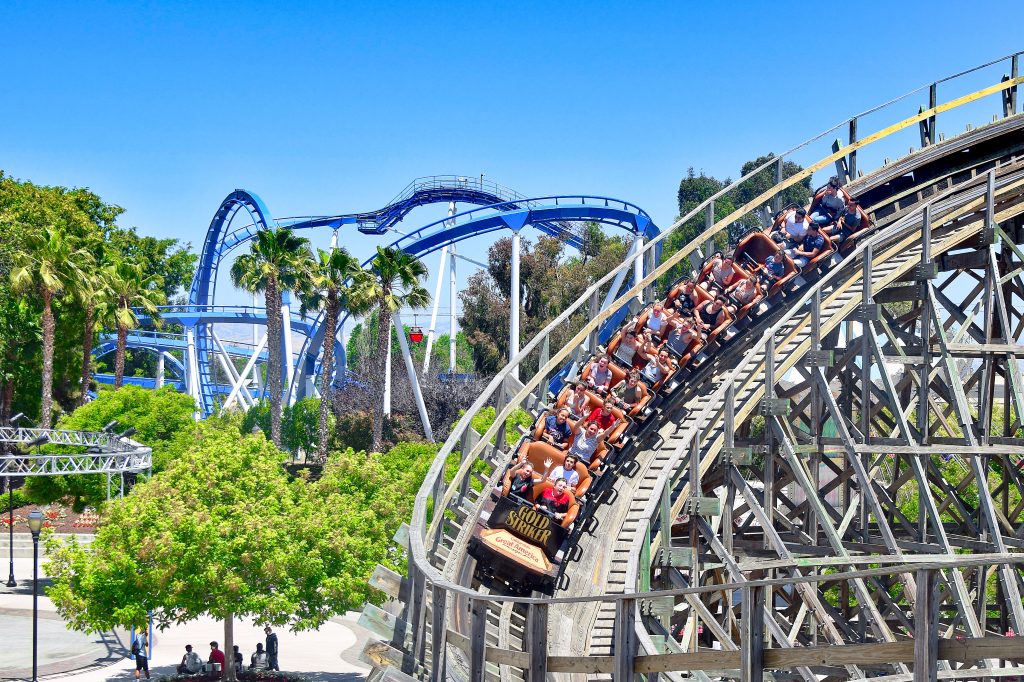 Locked in a constant struggle with its own real estate, California’s Great America has beaten the odds with an audacious will to live. A devoted fanbase kept things alive when the park was hemorrhaging rides – now that the bleeding has stopped and the net count of coasters has increased, the future for the West Coast Great America park looks cautiously optimistic.

Longtime bread-and-butter coaster Flight Deck now composes a stellar Top 3 of Gold Striker (a.k.a. “the wood coaster concept that simply wouldn’t die”) and the enigmatic RailBlazer, the latter jettisoning the park to a level of relevancy not seen since the Stealth years. Atmospherically, we make a big leap here from the bottom three of this list (in fact, we would say this is certainly one of the prettiest Cedar Fair parks), but the ride roster is still on the mend; perhaps the rumored B&M hyper or RMC conversion of Grizzly will help push things over the top. 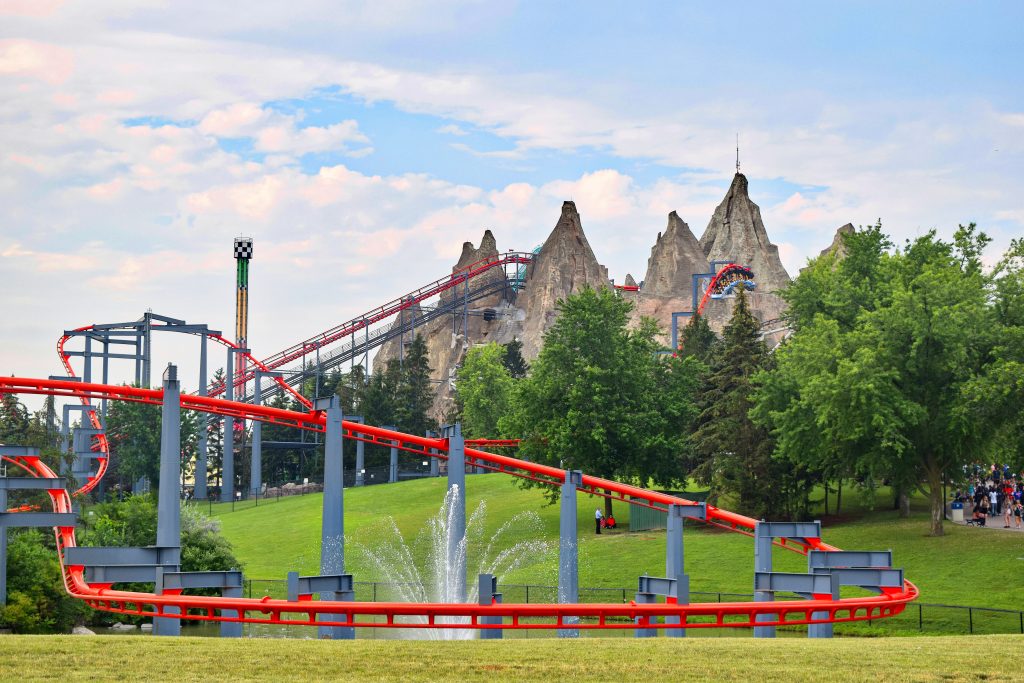 Cedar Point might be the king of excess when it comes to coasters, but Canada’s Wonderland has a total ride count that verges on garish; it only misses our Top 5 due to a 15+ year signature coaster dry spell (beginning with top attraction Vortex in 1991 and ending with the sorely-needed Behemoth in 2008), from which the overall collection still suffers. Yukon Striker proves that Cedar Fair is ready to introduce rides to their Canadian chapter that aren’t just bridesmades of Cedar Point rides.

Of the 3 remaining Kings Entertainment Co. parks, Canada’s Wonderland feels the most blazé and calculated – almost like it was destined to be the Canadian Cedar Point at conception. We’re not mad at some of the stylistic choices (having an Eiffel Tower replica as a centerpiece wouldn’t have had the same oomph the 3rd time ’round), and gargantuan concrete midways can be overlooked when your daily attendance beats every seasonal park in the game, but still we fantasize about an influx of landscaping embellishments (and that the corner of the park with Flight Deck and Time Warp gets hit by a meteor).