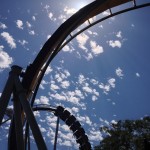 It was a pleasure to finally be back at California’s Great America after a rather long break from coverage. We do apologize for the recent CGA coverage break but we are returning to our normal schedule so expect much more in the future. Since we haven’t been at the park in a bit, a lot has been going on including Vortex’s conversion and Haunt preparation so let’s quit stalling with this introduction and talk about it.

Crowds today were surprising light for a summer day in peak hours. The intense heat was probably a factor in keeping guests away. We actually found Boomerang Bay to be a lot more densely crowded. 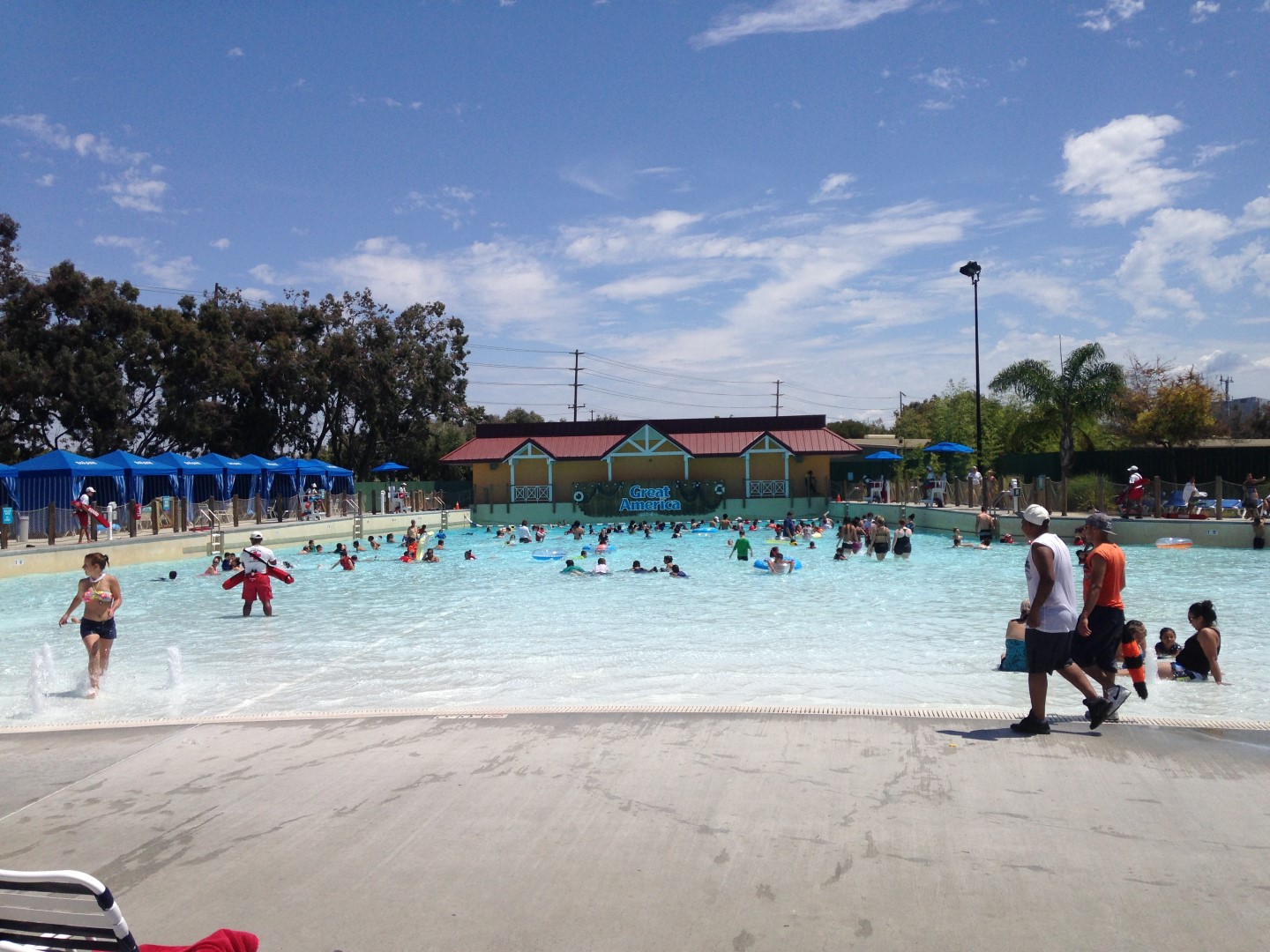 As we mentioned, Vortex will (as far as we know now) be converted to a Floorless roller coaster in 2016 much like its larger cousin Mantis was transformed in Rougarou. Now we honestly think a lot of Vortex’s merit comes from the fact that it is NorCal’s only Stand-Up, where as you can find a Floorless coaster just across the bay in Medusa. Still we’re sure it will improve the ride experience, and luckily it’s getting a new coat of paint. 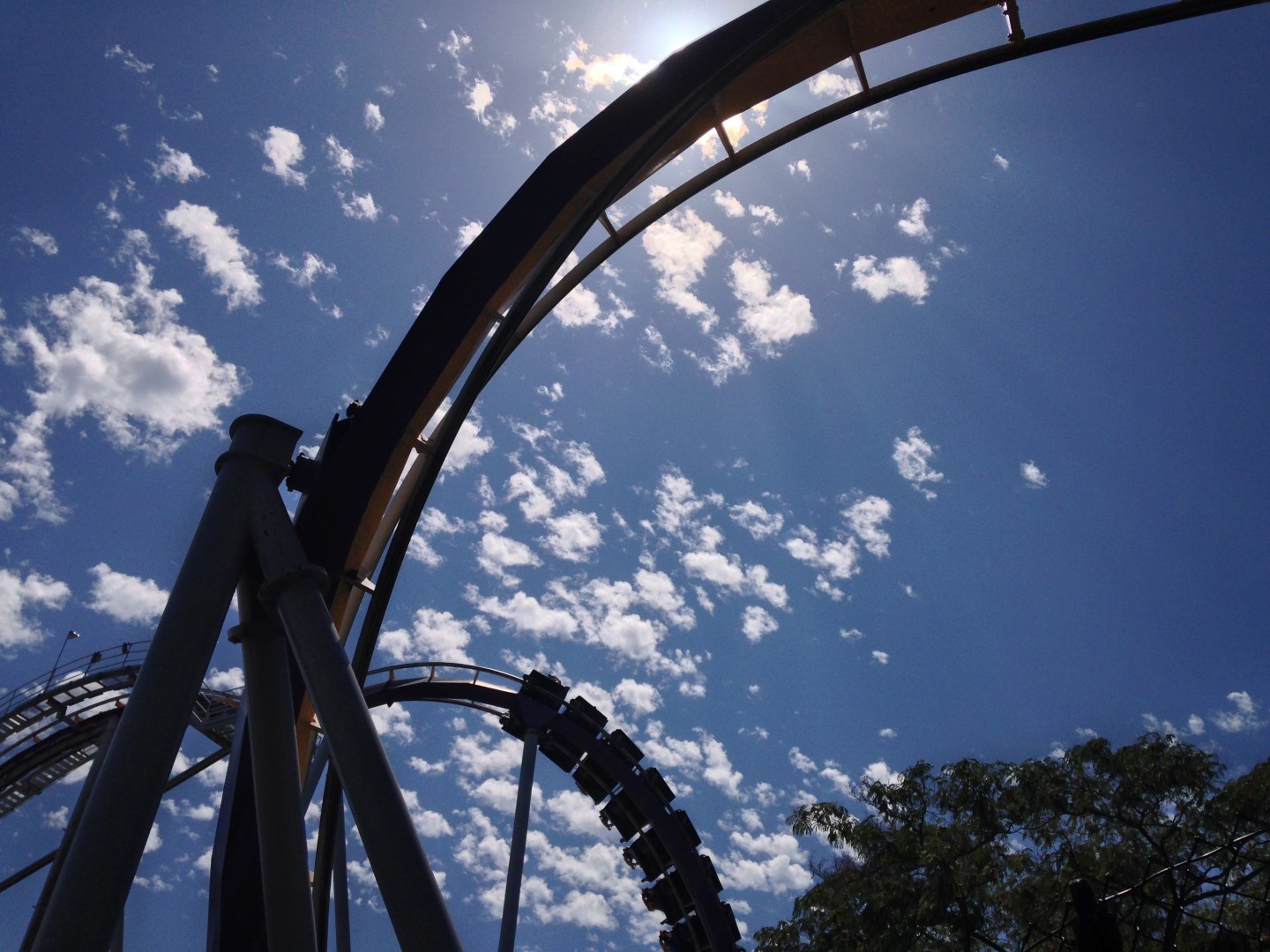 Many of the supports have been painted a fresh coat of grey contrasting immensely with the rides current faded paint scheme. This picture is a good example of the difference between the old and new support color. It is also currently running only one train with the other nowhere in sight. 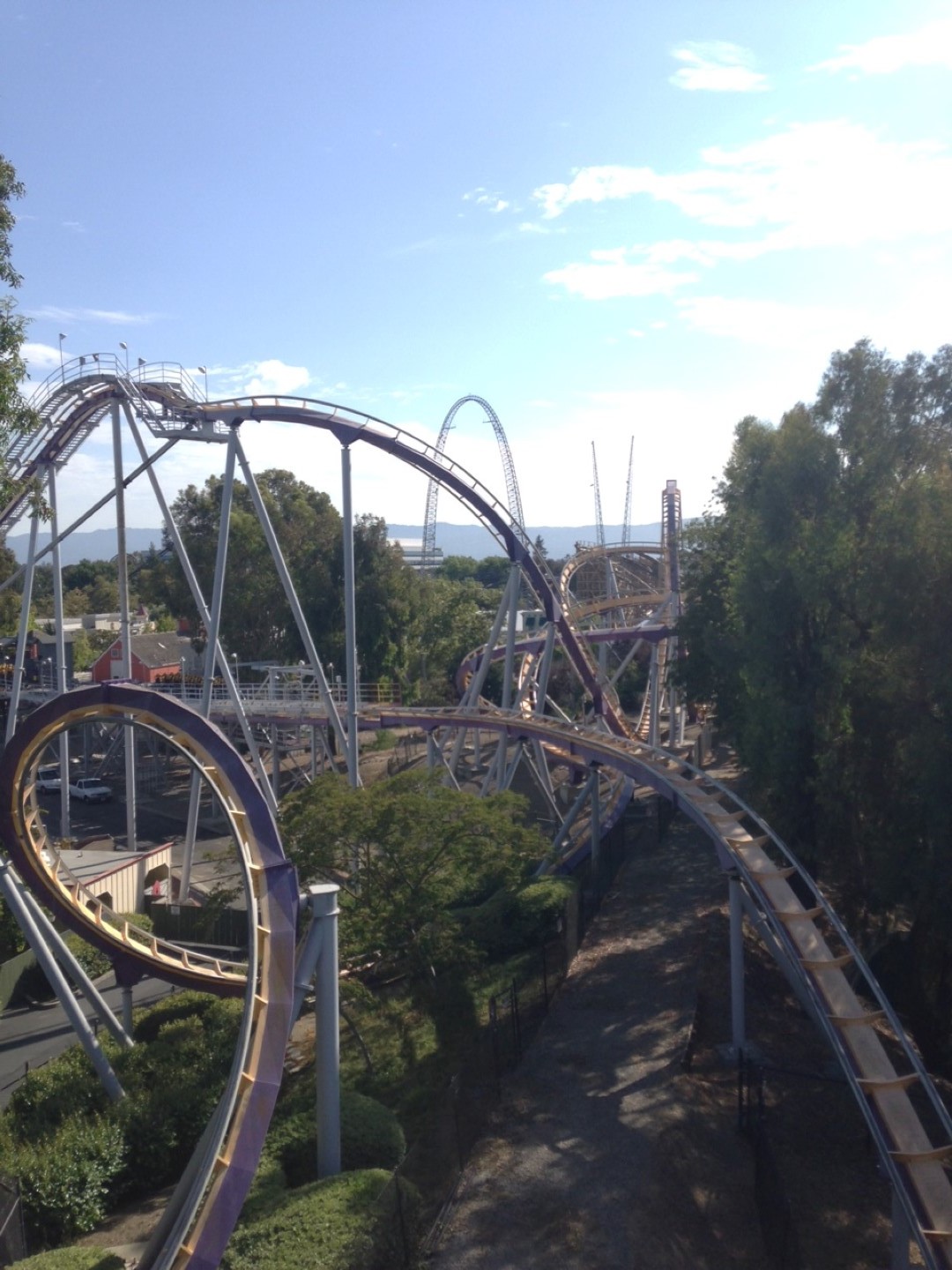 If you look closely, you’ll actually notice that Vortex’s new support color is identical to that found on the supports of Flight Deck, leading us to believe they had some left overs from Flight Deck’s repaint. 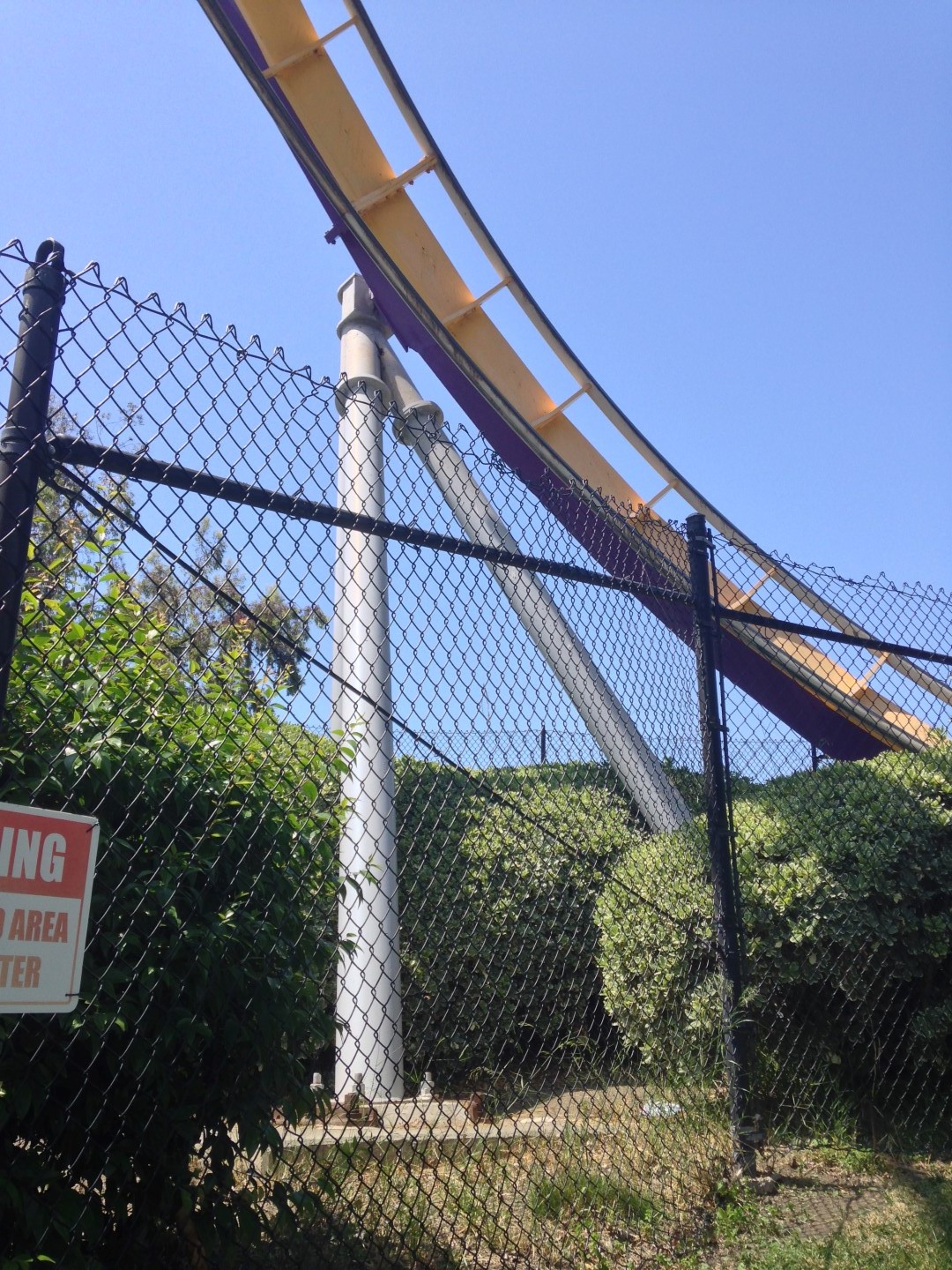 Speaking of Flight Deck, it was a station wait at most all day. It also seemed to be running pretty quickly today, probably due to the heat. 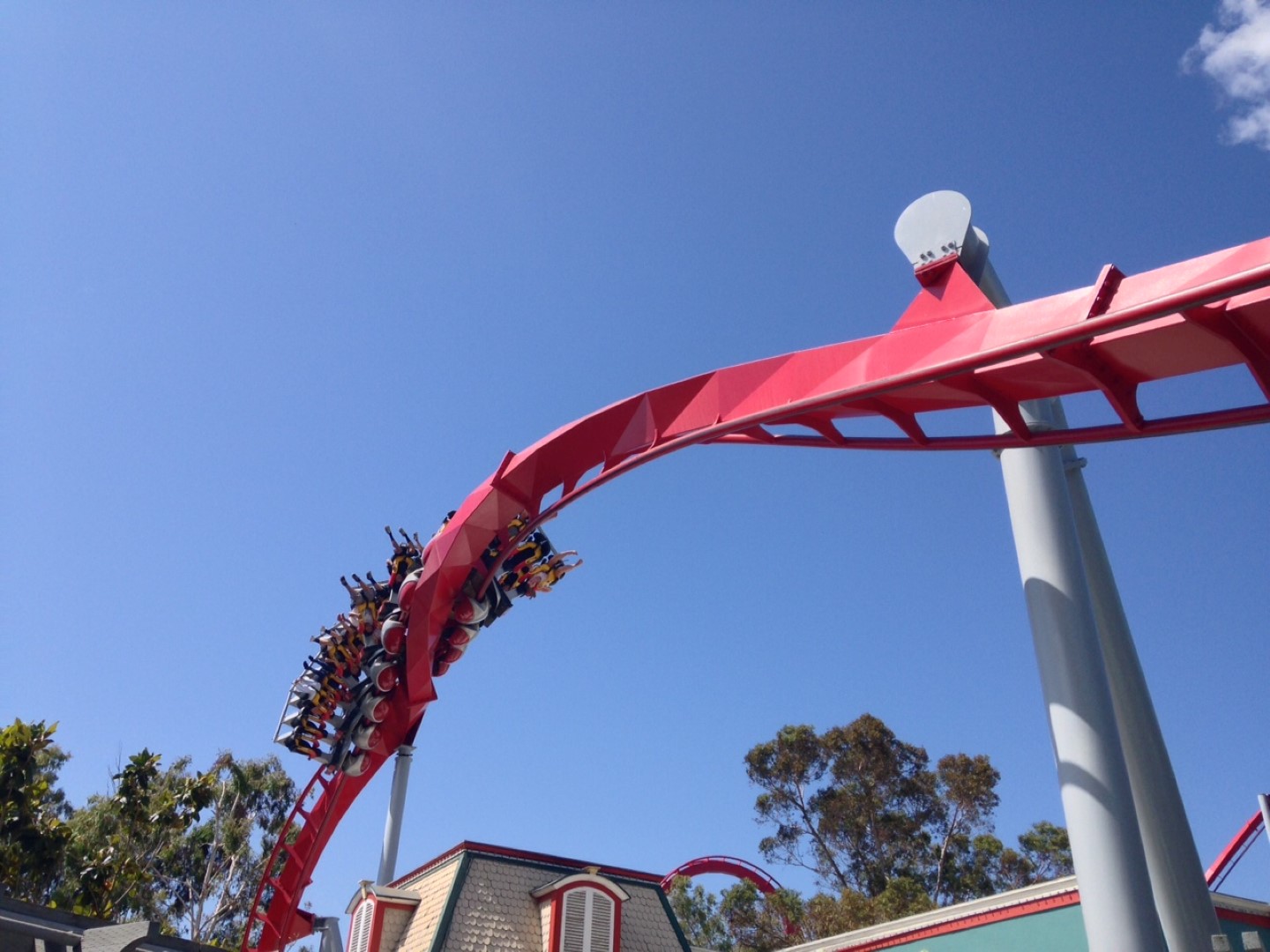 There is also a new set of ATM’s just outside the ride’s entrance. 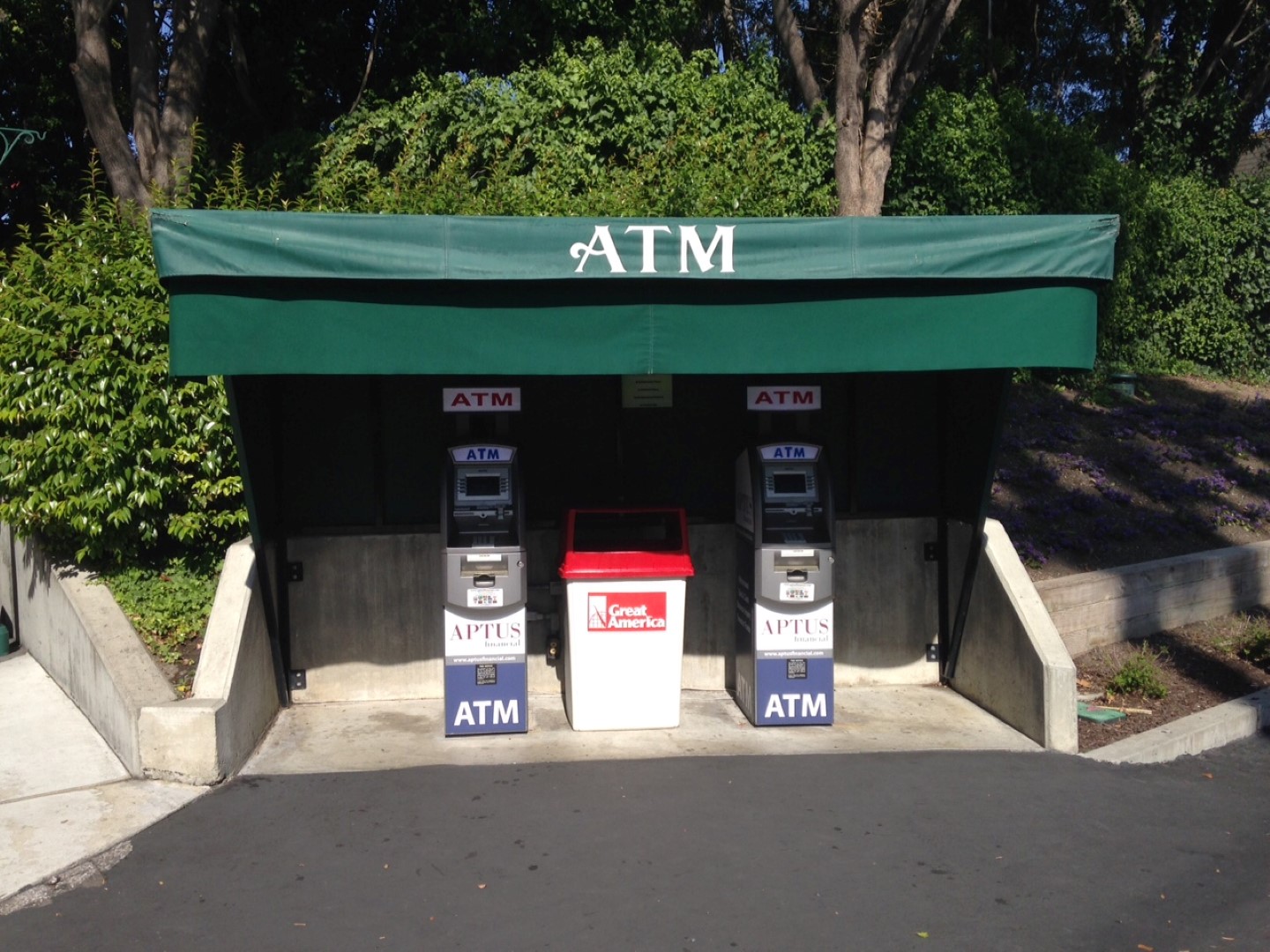 Goldstriker had a wait down the stairs for the most part, and despite the light crowds, the ops were dispatching pretty rapidly for the park’s standards, with minimal stacking. Goldstriker also has us a little bit worried. We rode it multiple times today and it seemed a little rough around the edges, especially between the initial drop and first airtime hill. It is still in great condition currently and is very smooth, but this could be the beginning of its descent into roughness, and that would be a real shame. Hopefully it was just having an off day, but it’s hard to tell. If it got rough, the aggressive nature of this ride would make it intolerable. Oh well, it’s honestly a miracle it has maintained its elite status for this long. 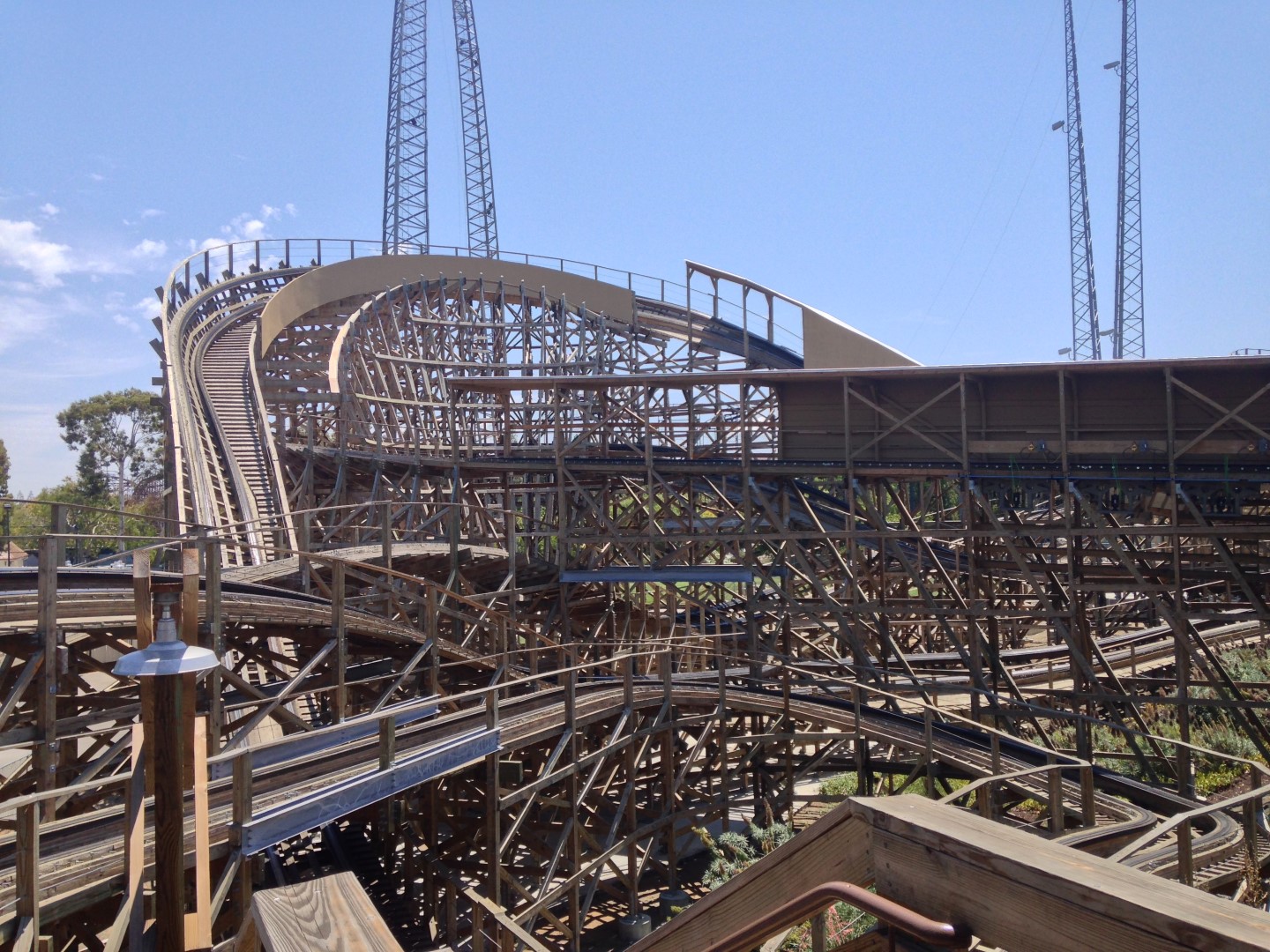 Of course Tiki Twirl and Firefall both had no fire effects, just like they haven’t all season. 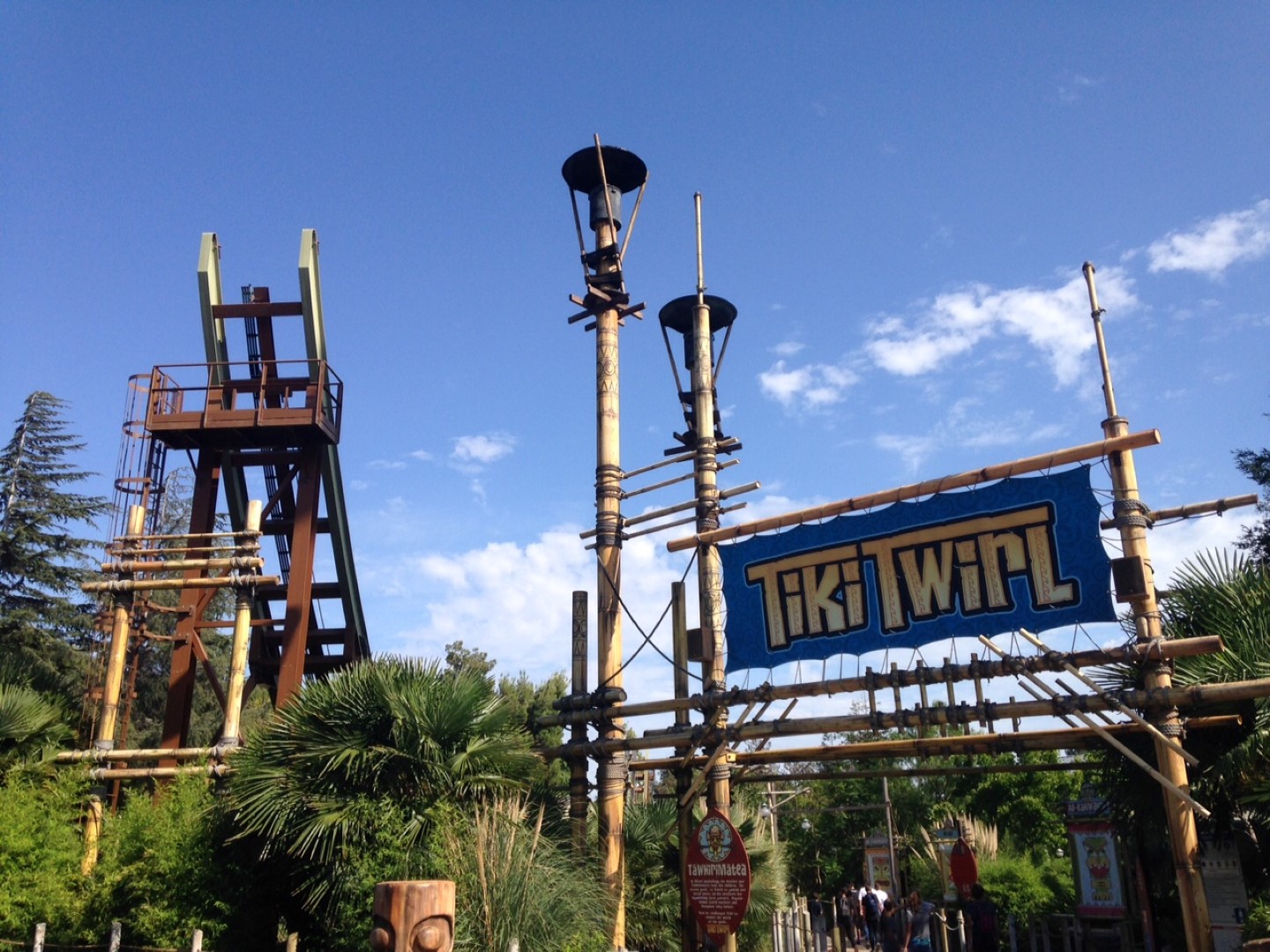 At least Firefall still has its water effects for the time being, those might be next to go. 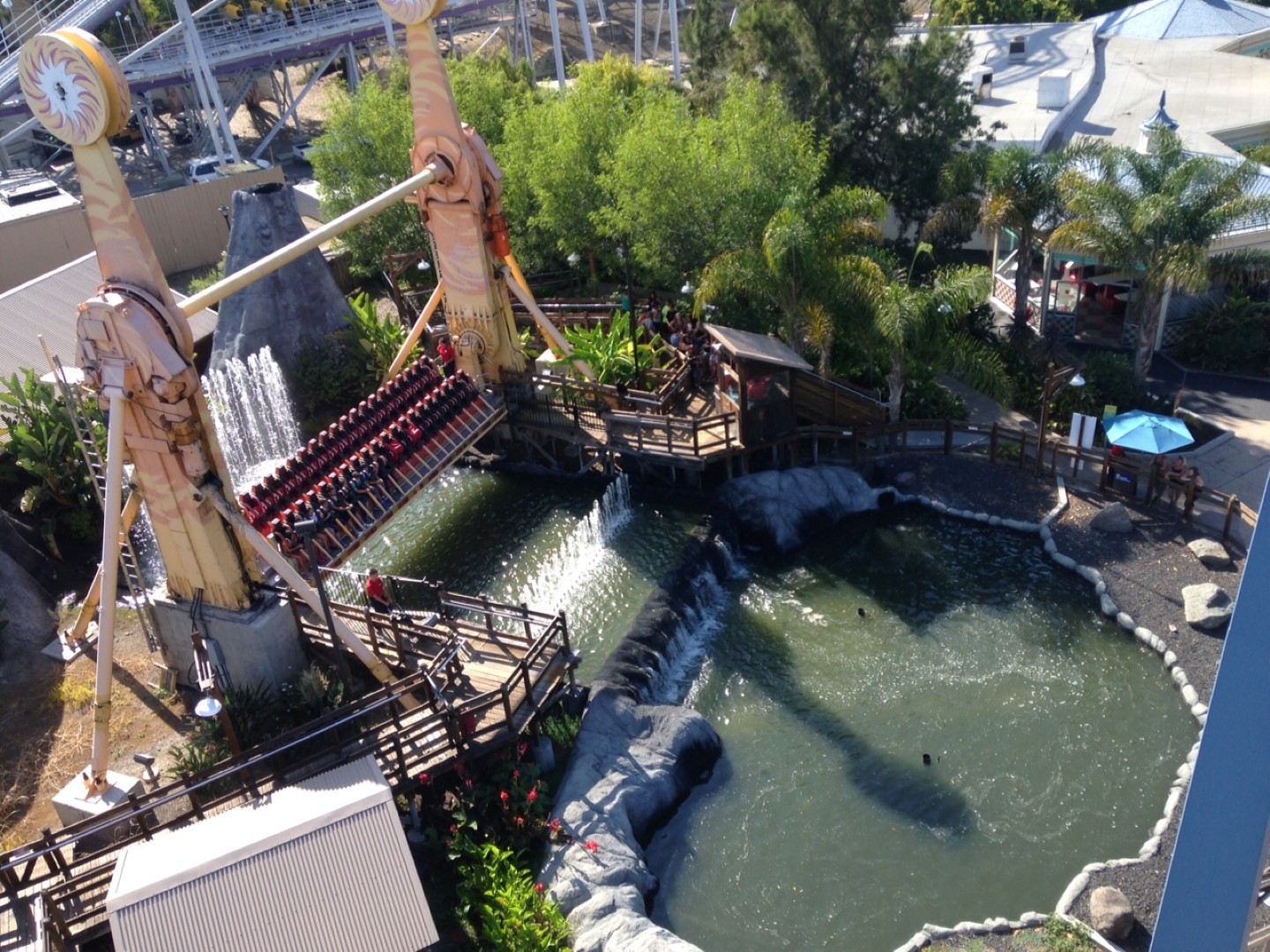 Drop Tower still has one car down and absolutely no work has been done on it. Oh well, it was a walk on so we can’t really complain. We’ll always love a good drop ride, and Drop Tower fits the bill. 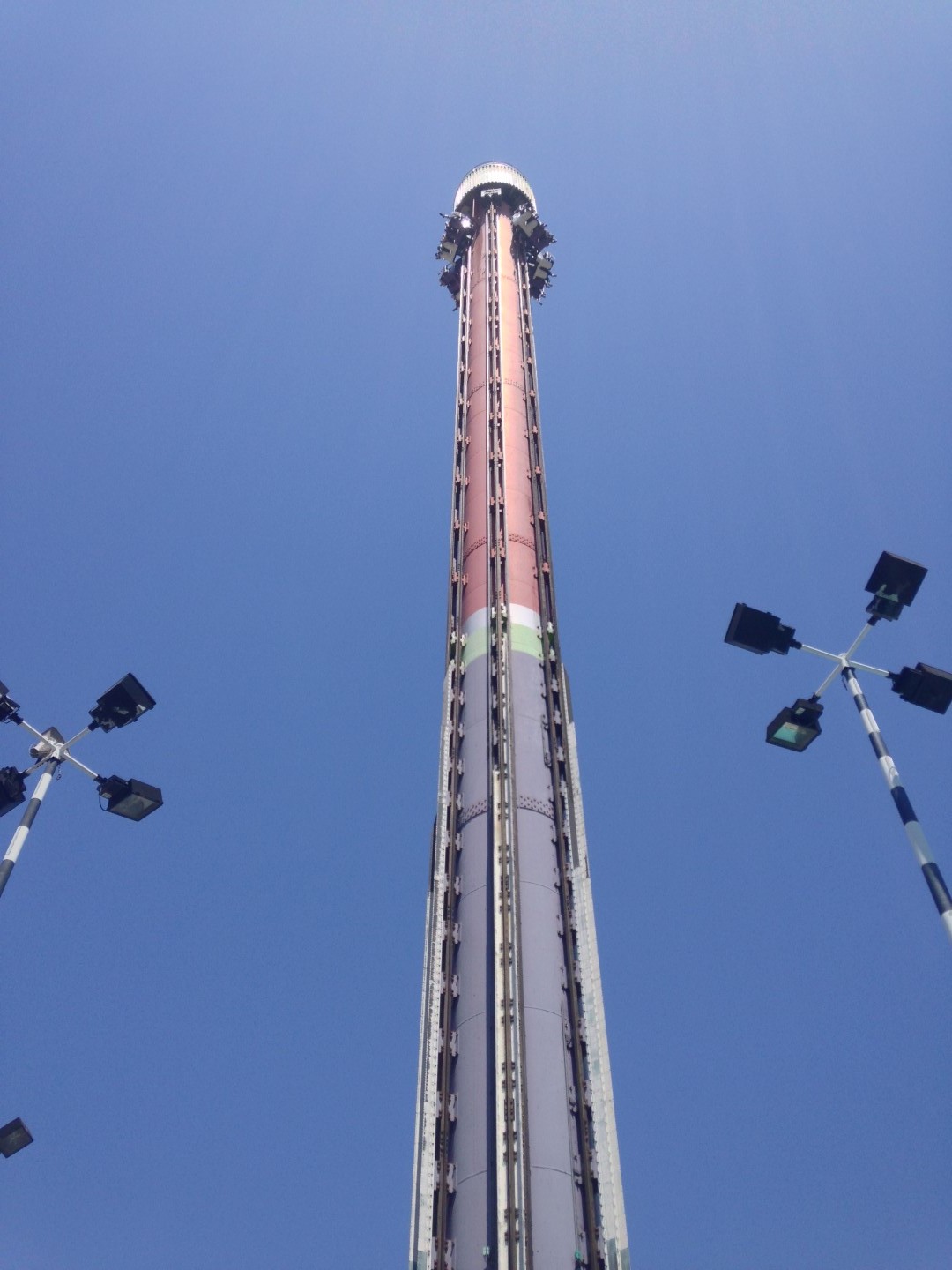 There’s a Camaro parked outside of Grizzly as part of a sweepstakes promotion with notepads surrounding it where people can participate. 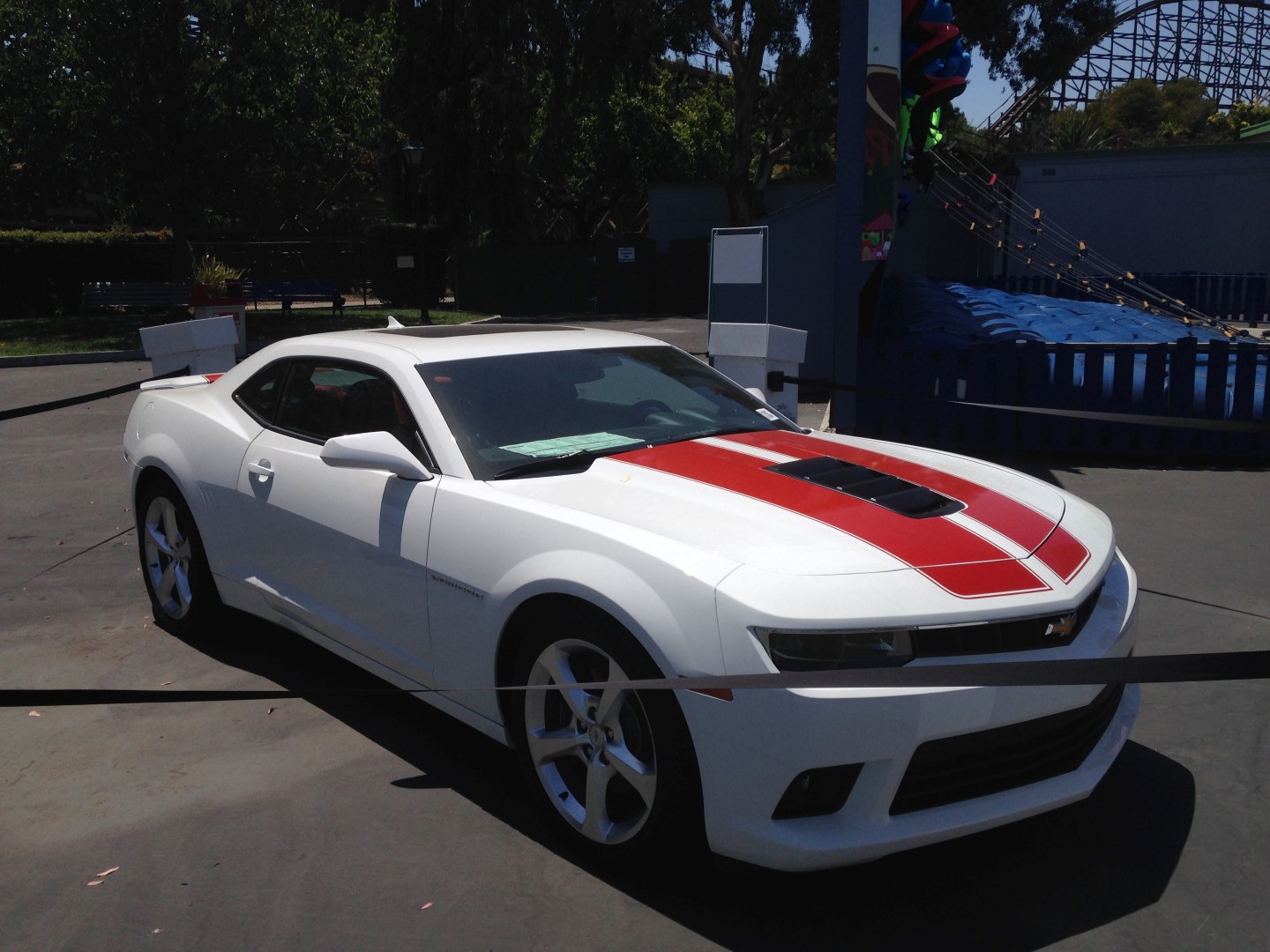 We decided to give grizzly a swing as it was a walk on, but boy, we were swiftly reminded why we don’t generally ride it. What a boring excuse for a coaster. In addition, all of its recent retracking has been shedded off quicker than a snake’s skin, giving every valley of the coaster a side of back pain to go with it. At the very least the ride ops were making an effort which is great for a ride that generally operates quite poorly. 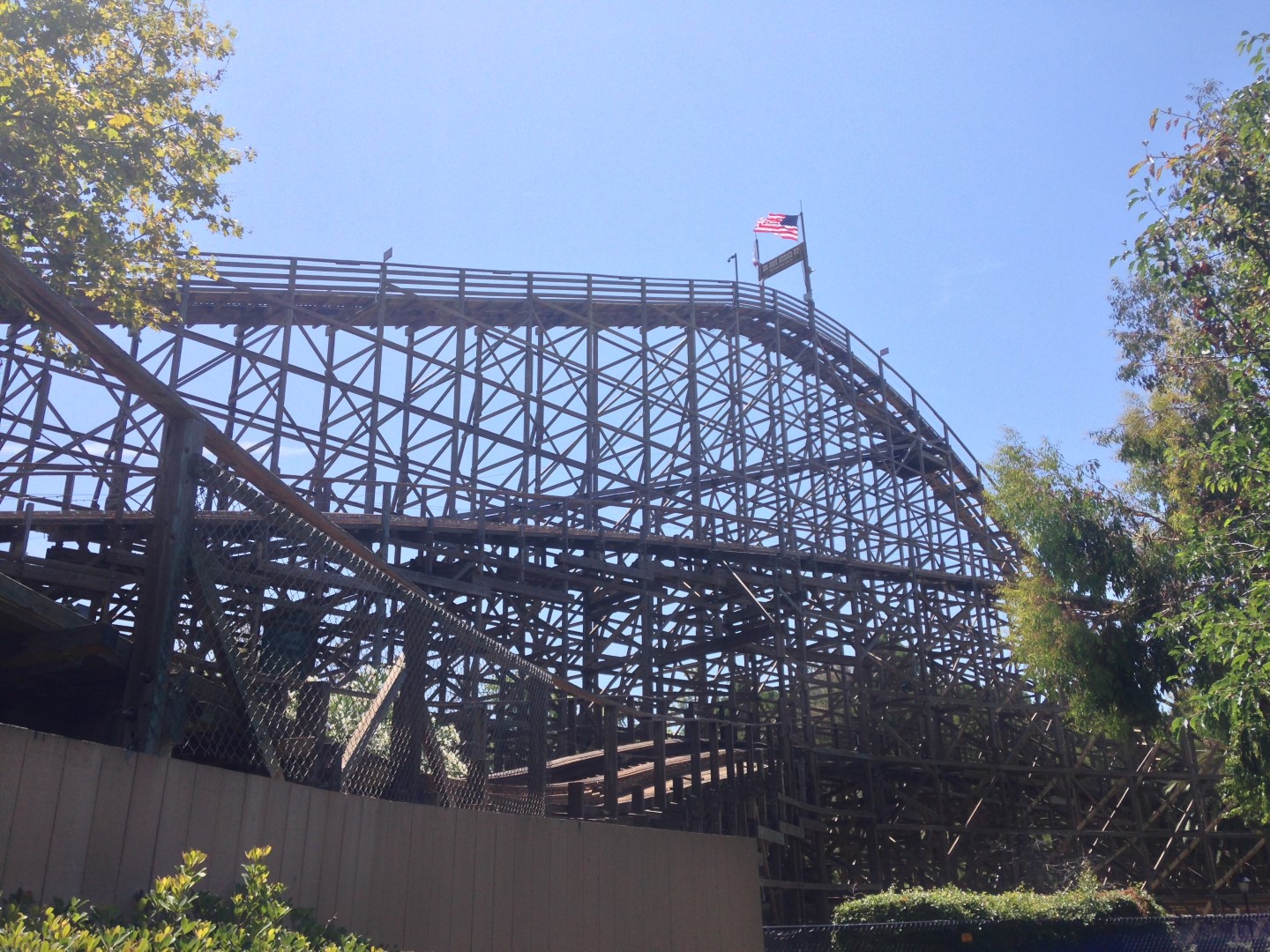 Because it was so hot, the water rides had the longest lines throughout the day, especially Logger’s Run. 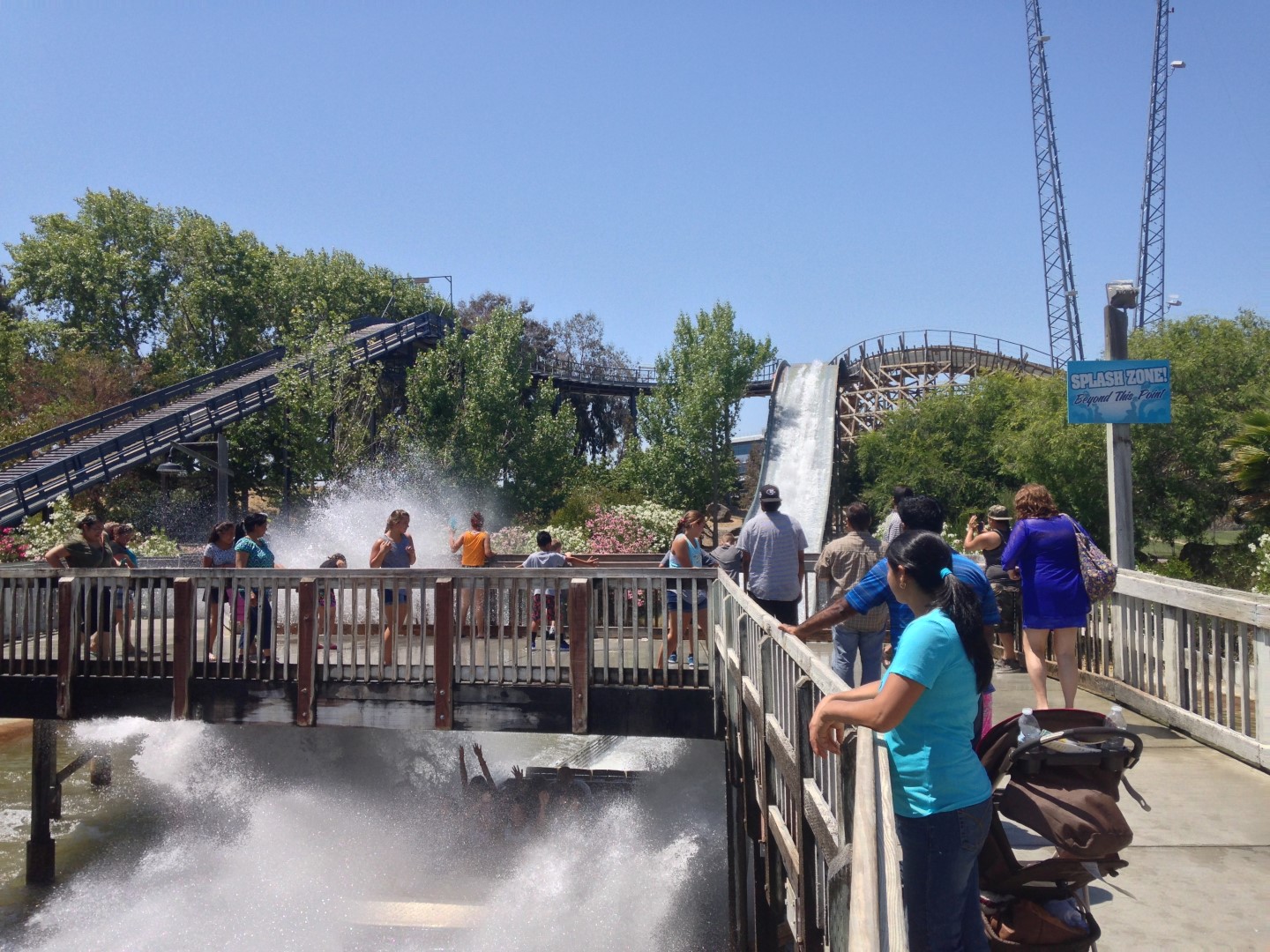 We however decided to take a different approach and do some indoor activities. We took a spin in the Action Theater which was well worth the short wait, not only for the AC, but the experience itself is rather underrated. It’s a fun attraction that is unique to the area. 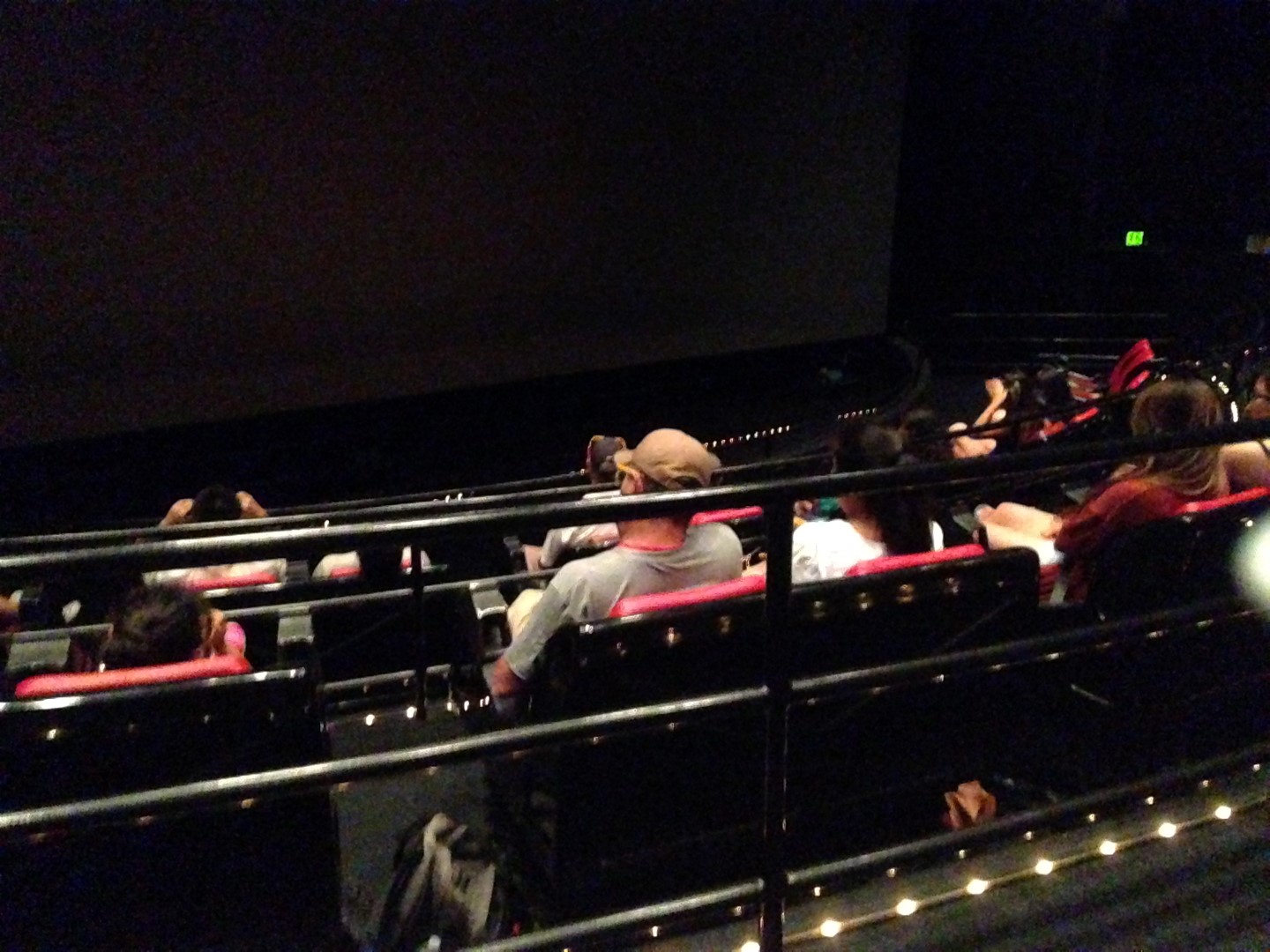 We also saw Great America 40 Seasons of Summer and man what a great show. Excellent sound track, choreography, and throwbacks to the parks past. We really enjoyed it and recommend that you check it out. 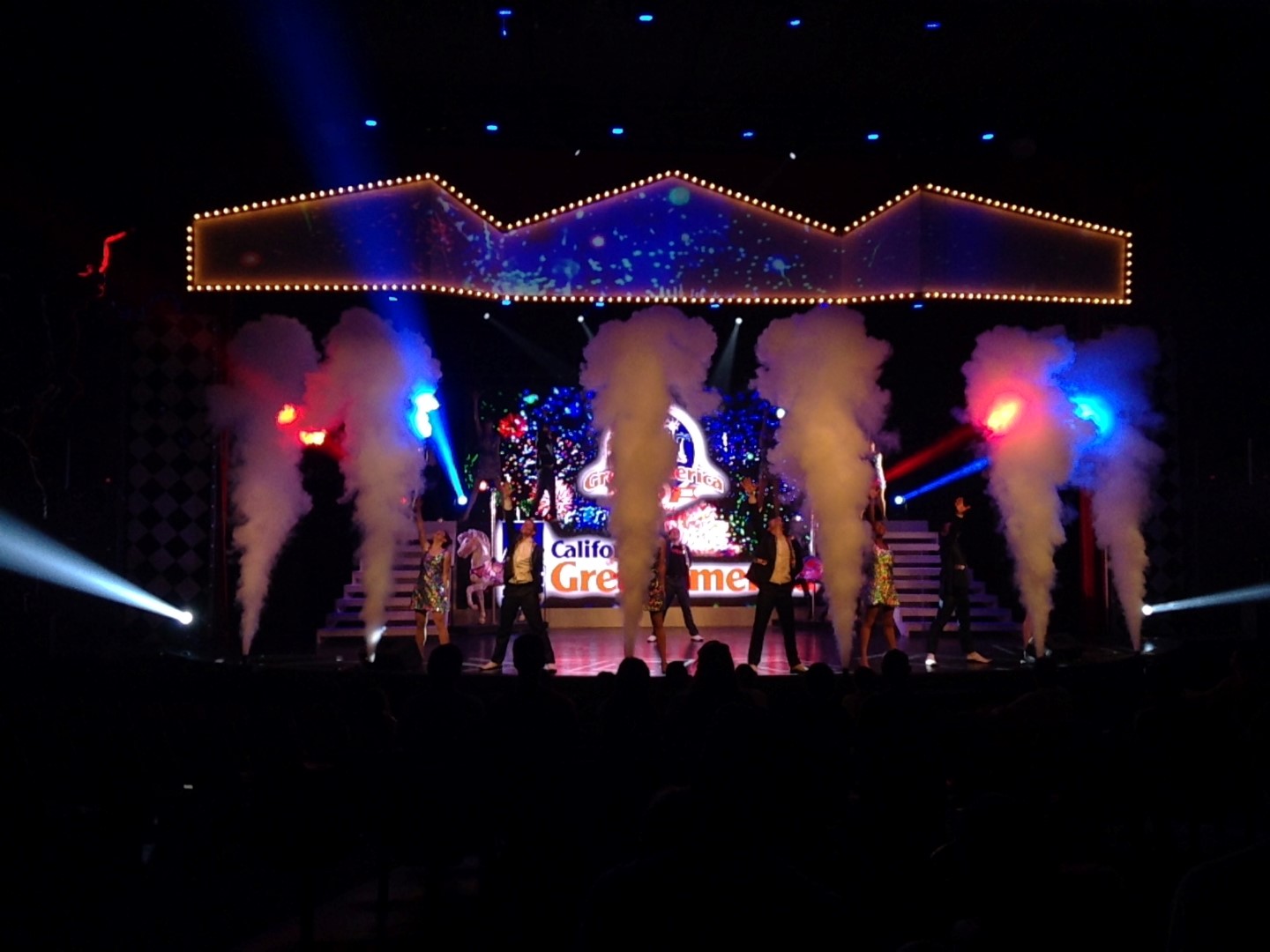 Unfortunately Star Tower was closed today, which meant we couldn’t snap some photos of the Dia De Los Muertos haunt maze. However we got glimpses from Goldstriker’s lift hill and it is apparent that they’ve begun work. There are many walls set up as well as some props lying around. 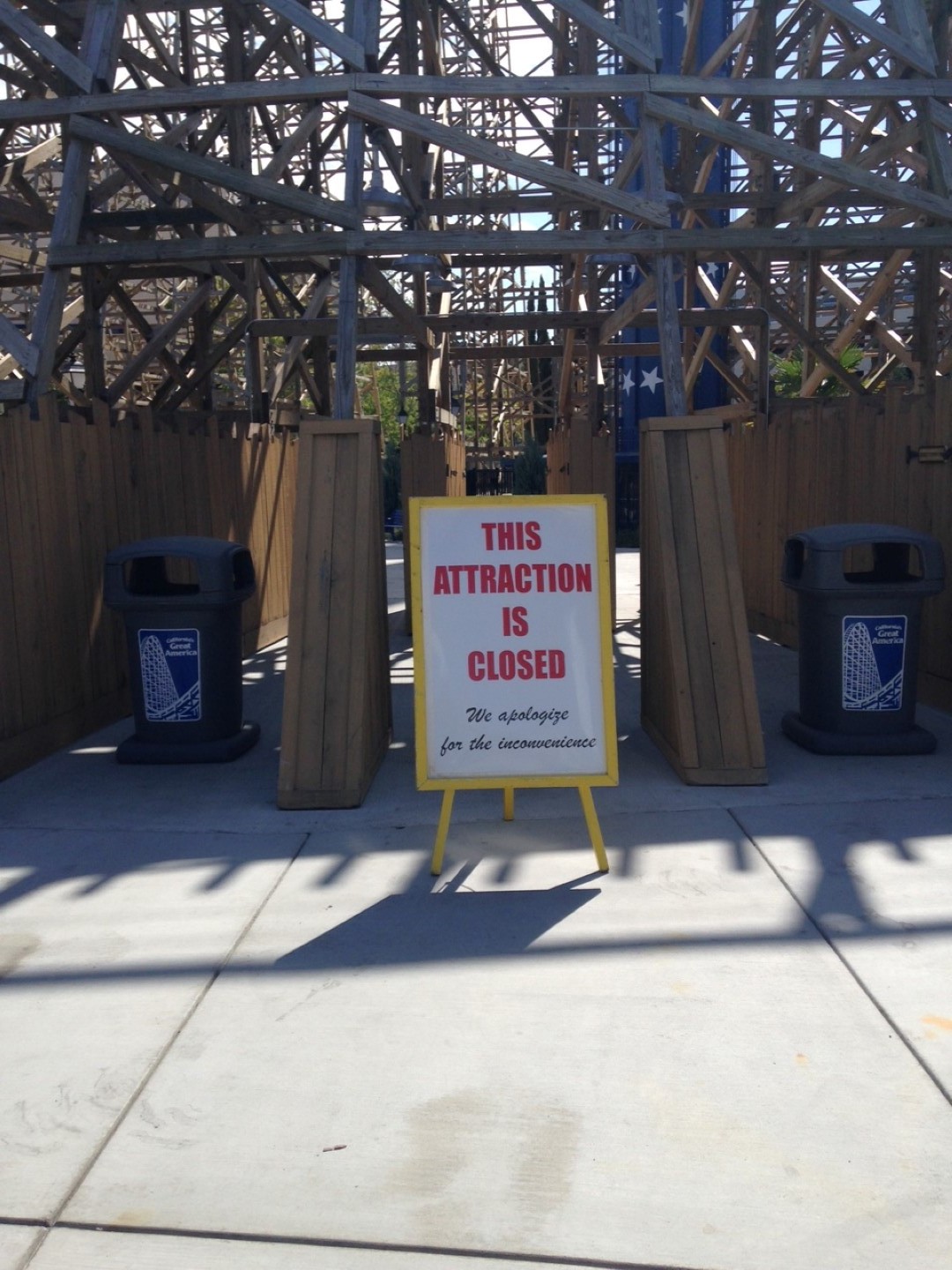 Slaughter House’s tent is set up, but beyond that there isn’t too much to see. It’s possible that there’s more going on inside. 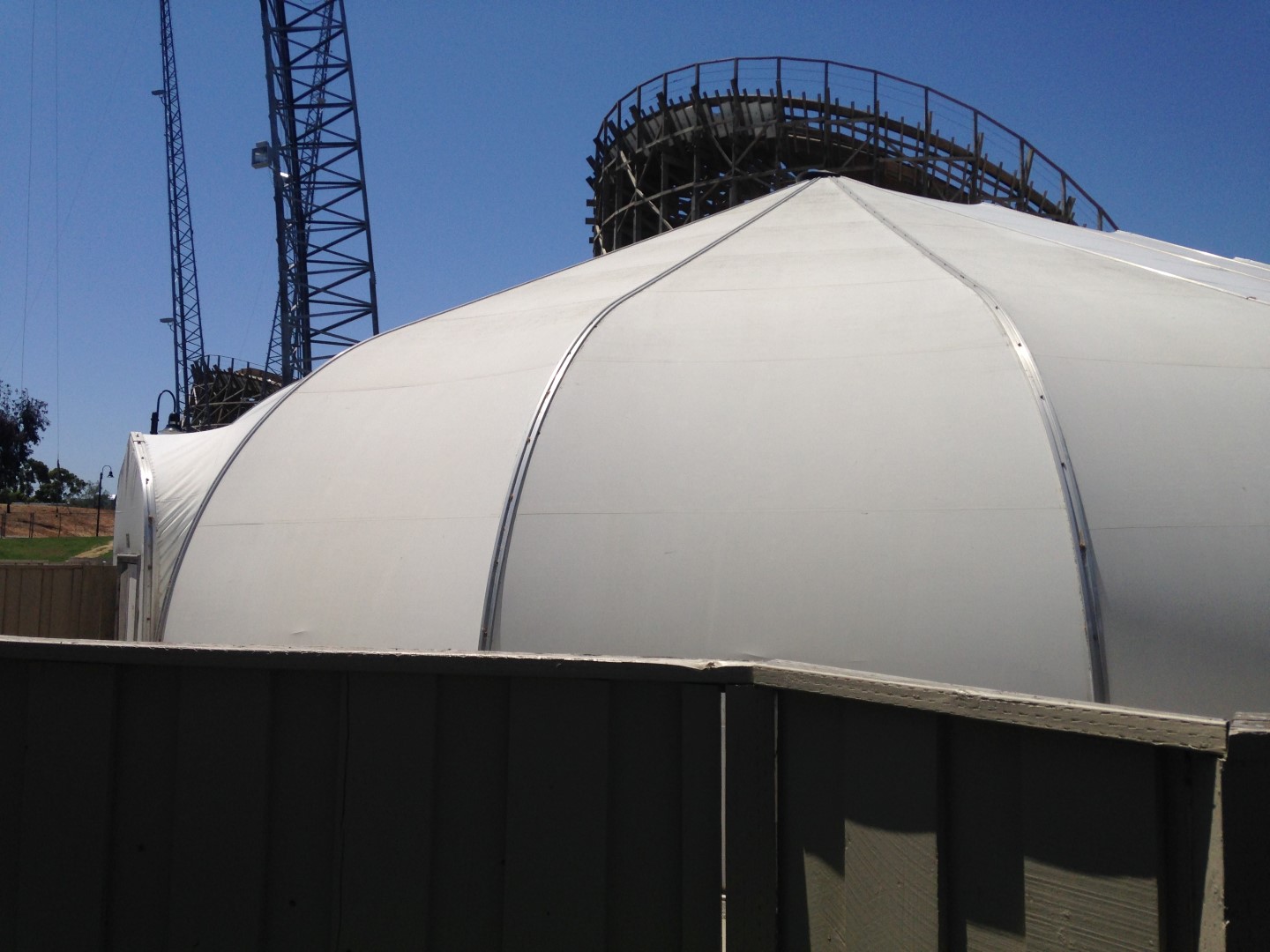 Zombie High has a lot of wood sitting outside presumably ready to be placed as well as some set pieces like the chalkboard. This maze is probably the furthest along. 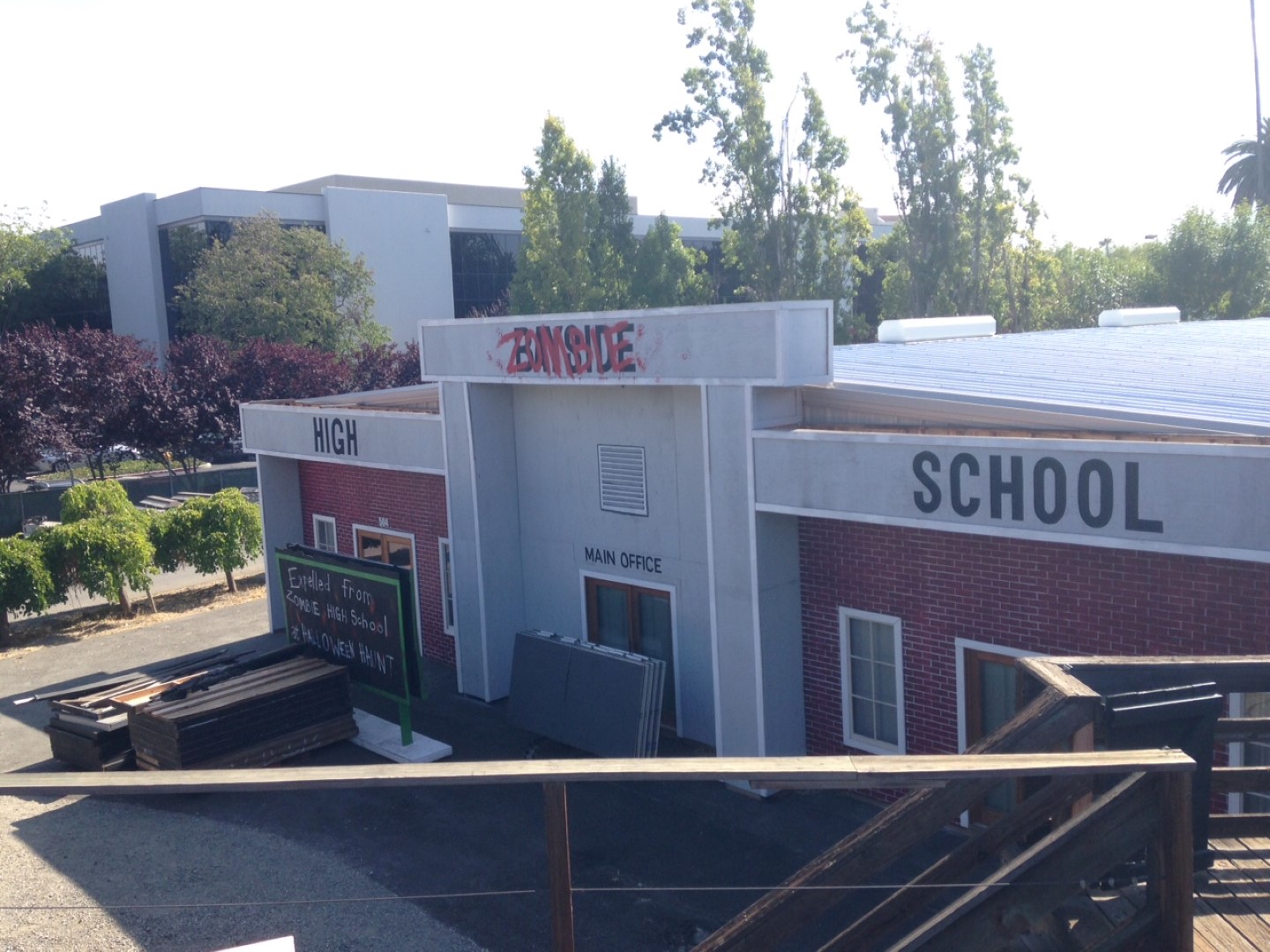 Unfortunately this is really the only visible Haunt progress, but we are sure that there is a lot more going on behind the scenes that will become more clear in the coming weeks.

That’s about it for this update, thanks so much for checking it out, and look out for more Great America coverage in the future… SO what do you think about Vortex’s conversion, COMMENT below, and let us know!

Other specials and updates that you can’t miss are;