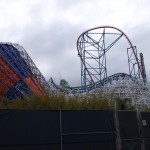 The Twisted Colossus track work is completed. But there’s a surprising amount of other work left to do! Such as painting, and the addition of a lot of supporting wood. Since I didn’t collect enough information to create an additional Six Flags Magic Mountain Update, therefore all Screampunk District related things will be in this update, as well as the painting of Tornado at Hurricane Harbor. 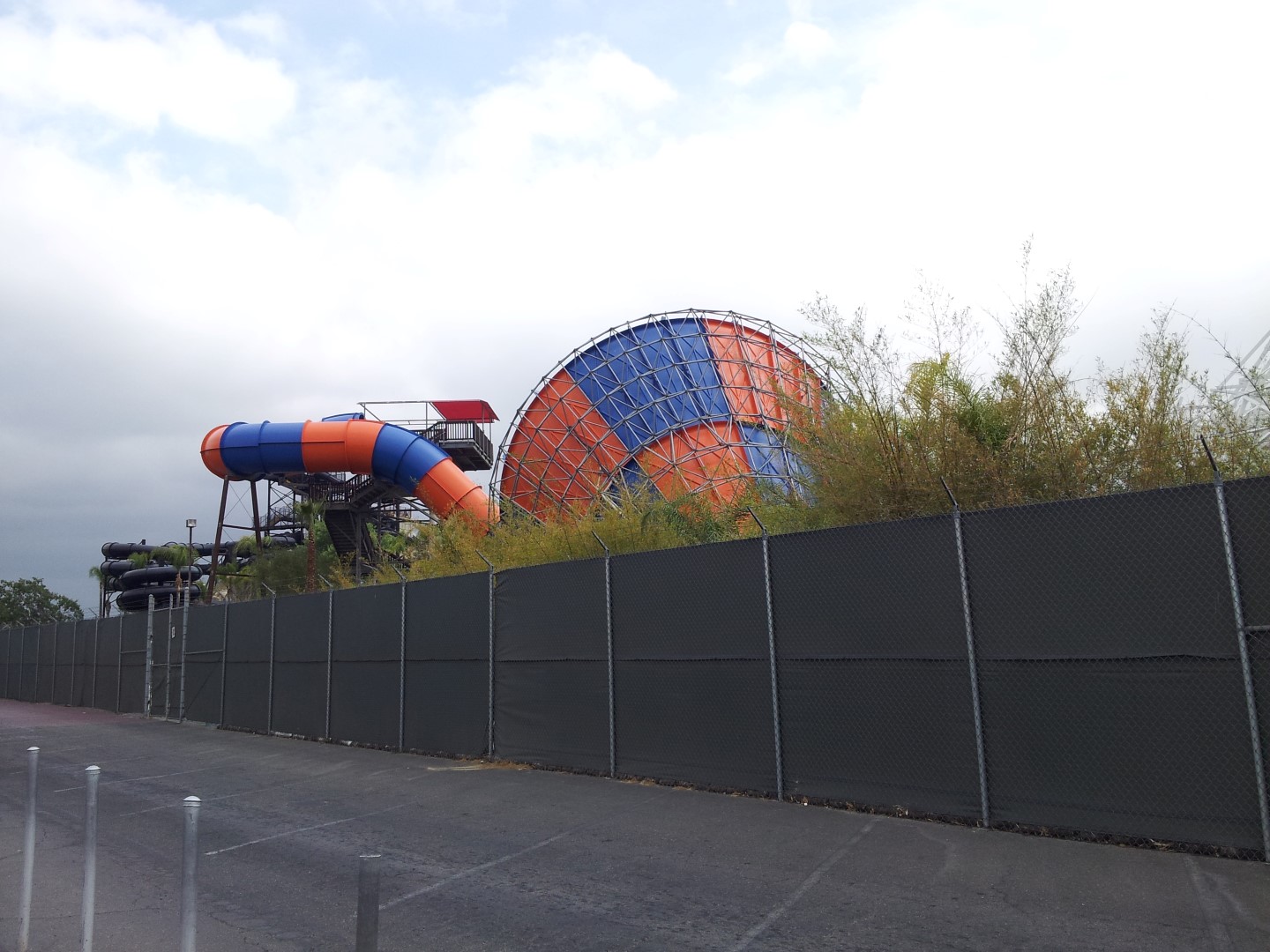 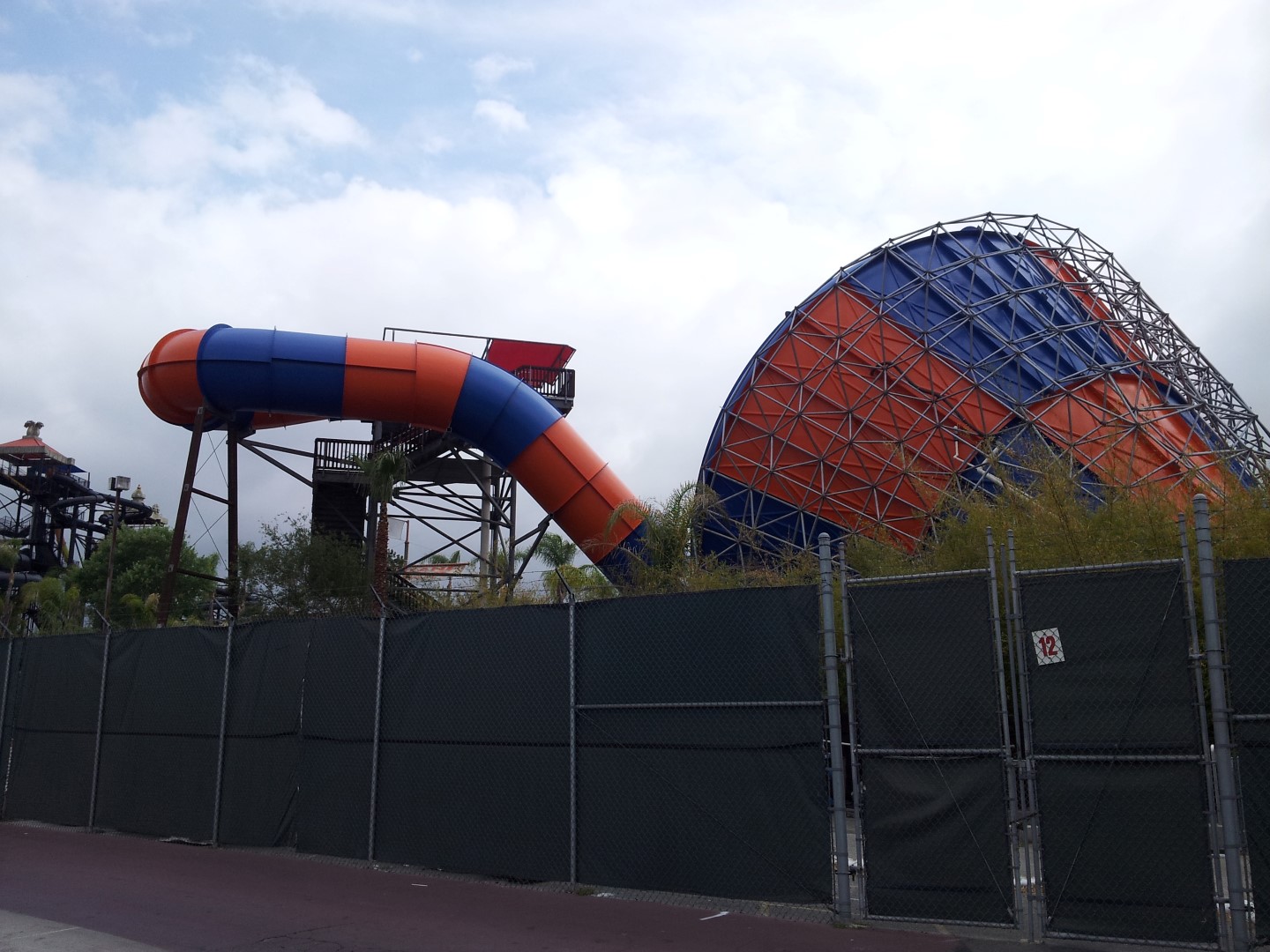 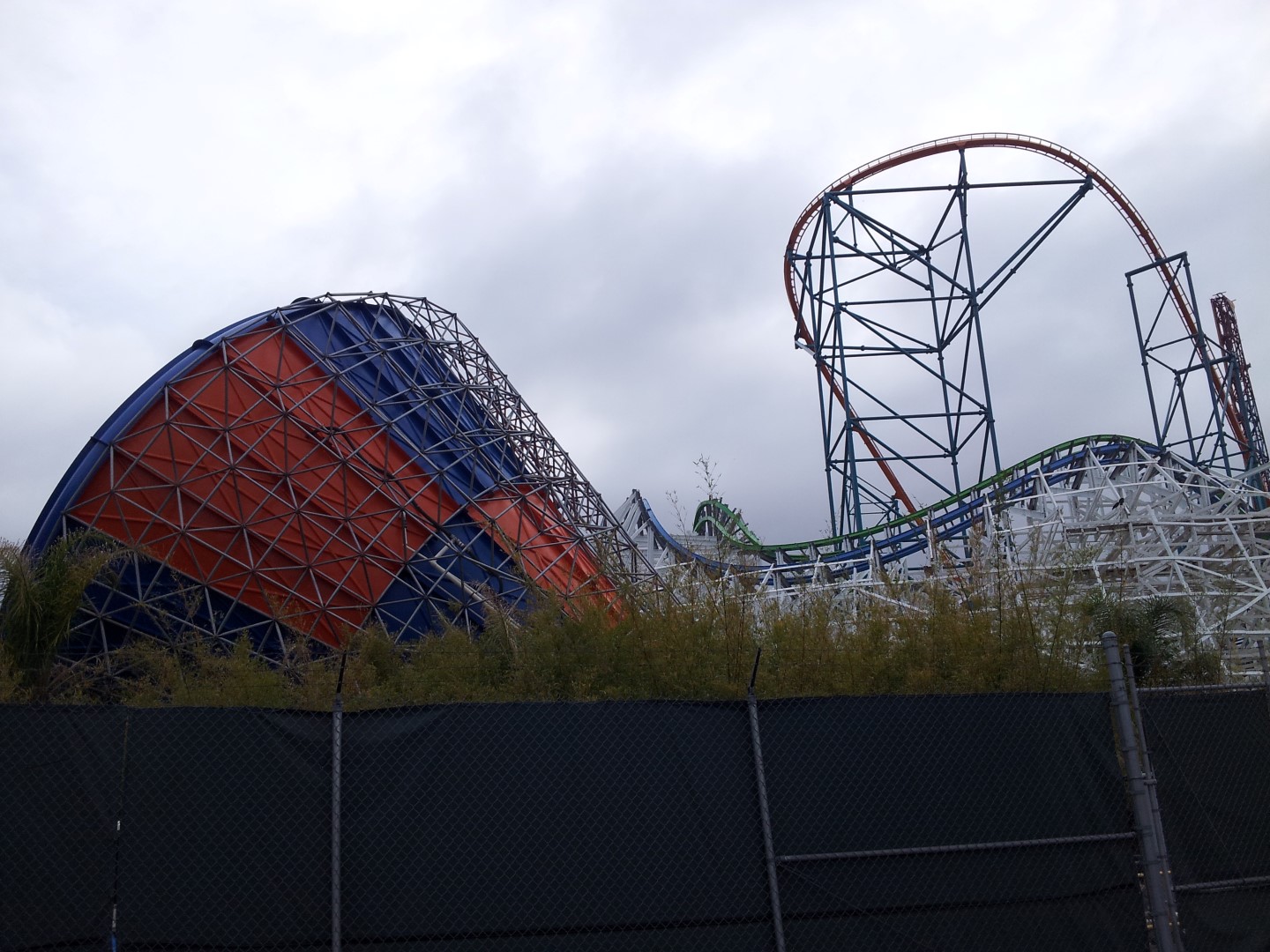 But before we’re actually going to look at Twisted Colossus, here’s the GearWorks Theater’s refurbishment, this theater will be home to Kwirk, the new Cirque-esque show starting Memorial Day (Unless Twisted Colossus opens after then). 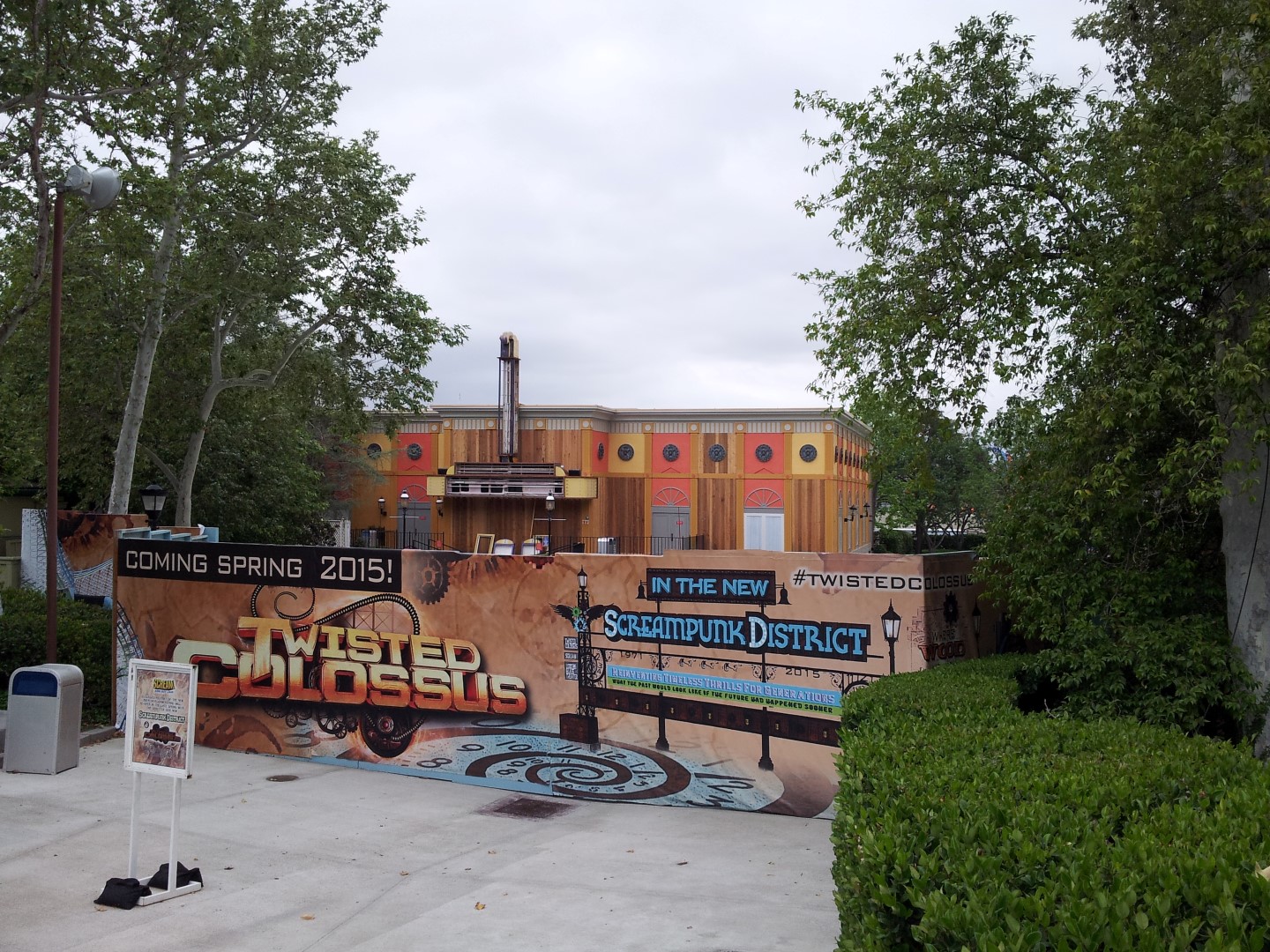 Cool Scream! news, as I was standing next to the car, I heard its lift-hill chain motor run, I was surprised, but they weren’t actually running any trains. I then heard the station horn that signals that the station floors are being lowered. I peaked over at the station and they were doing some sort of work in there, including near the ceiling/roof. Could’ve been painting, new signage, replacement of lights, speakers, etc. 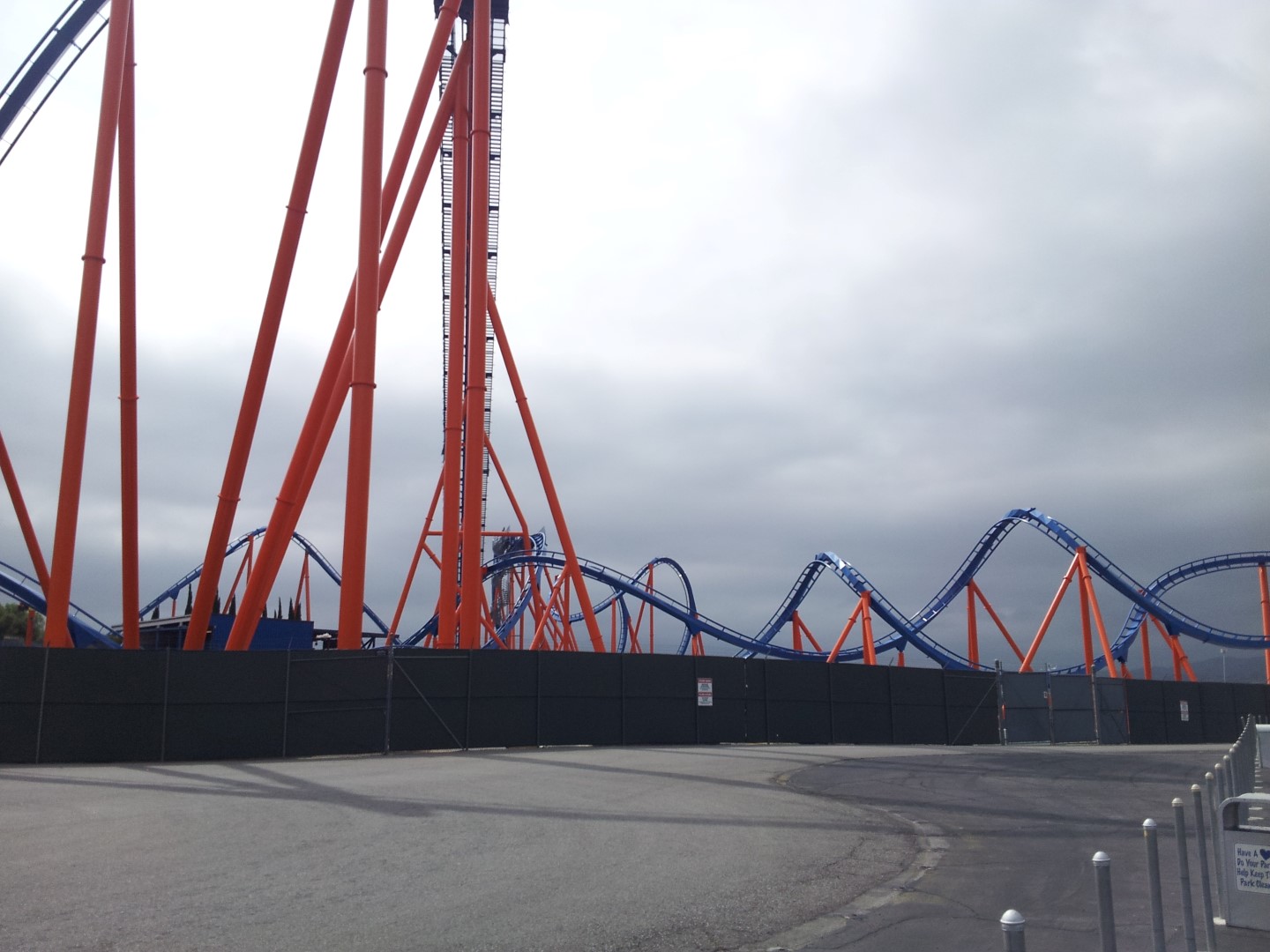 Getting to the ride we care about most… TWISTED COLOSSUS! The track has been placed entirely, as you may have read in our last update. The trains are also on the track, the storage track near the station that is. Let’s take a look at the work that’s being done currently. 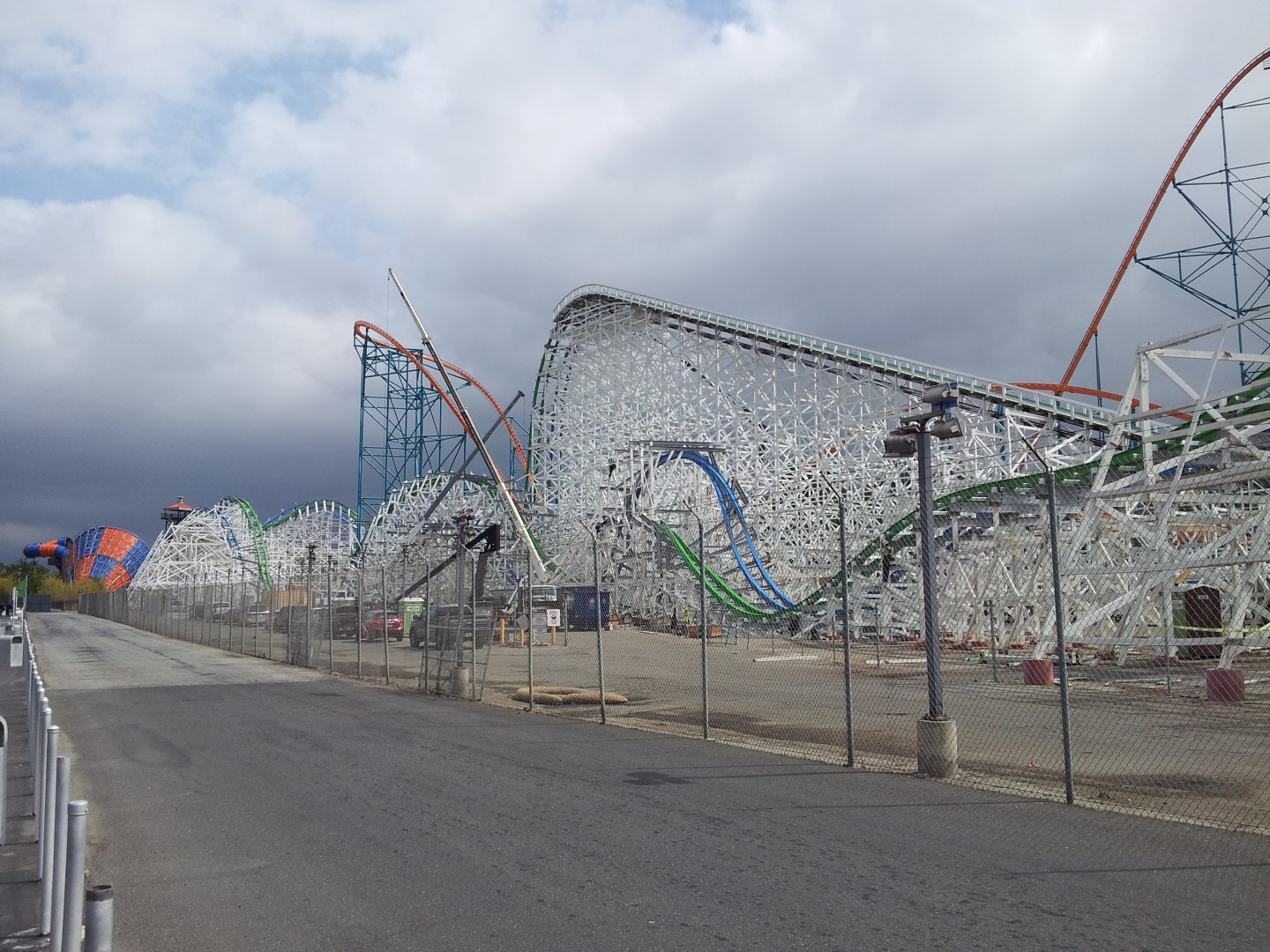 The track all over the ride is being tightened up, more steel beams are being added around the track, as well as additional pieces of wood. 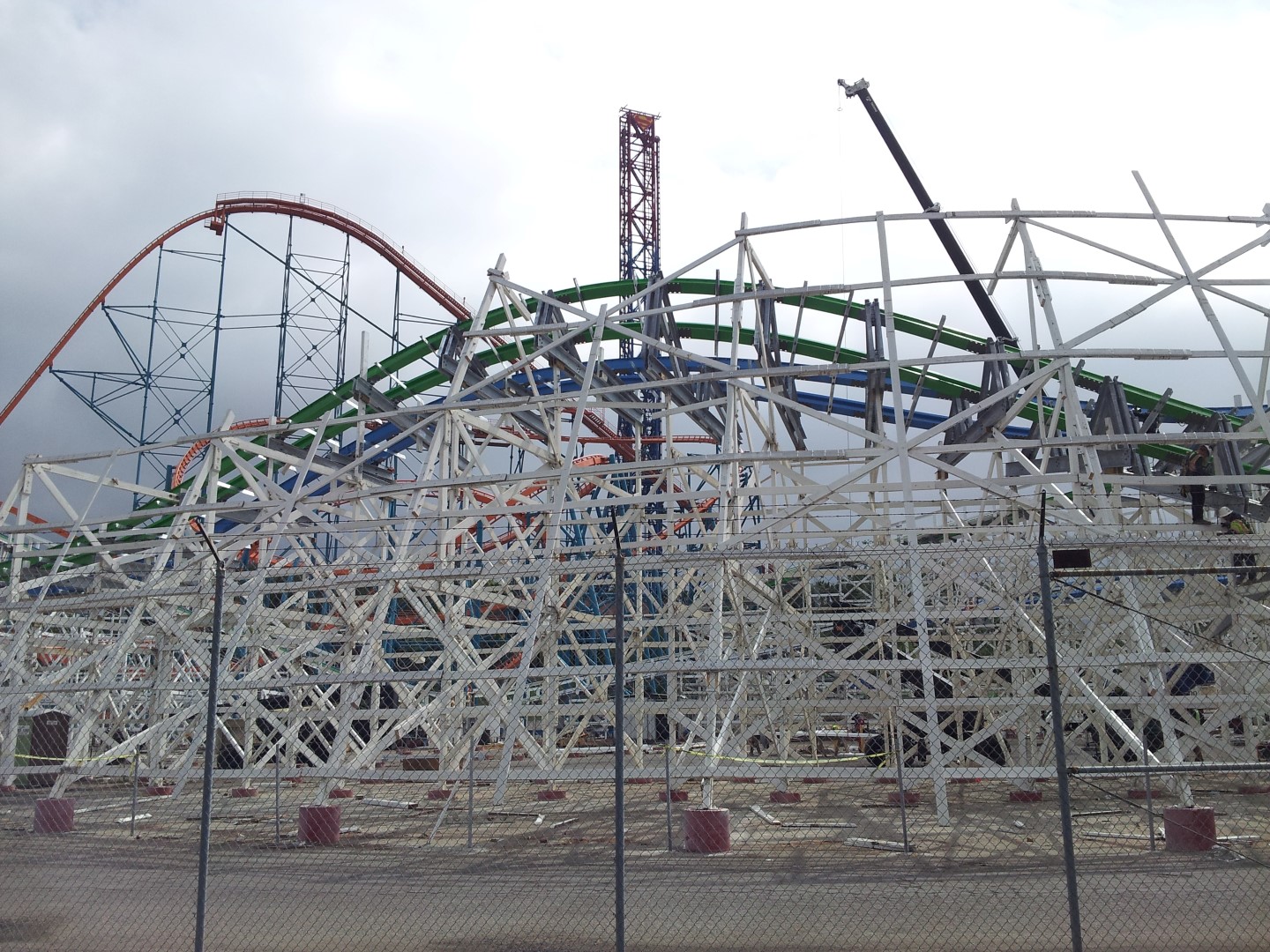 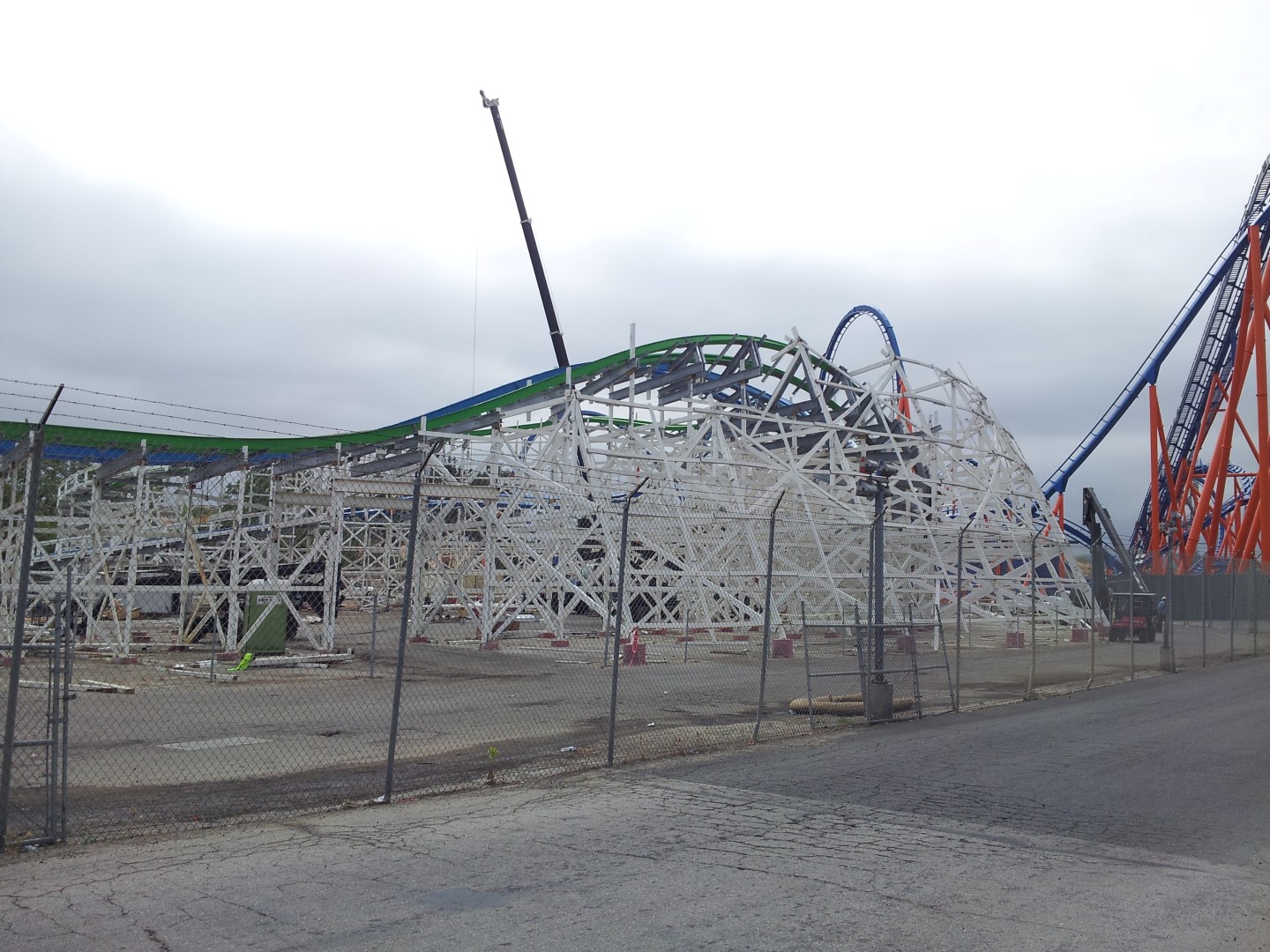 Here’s an RMC worker tightening up bolts around the track. 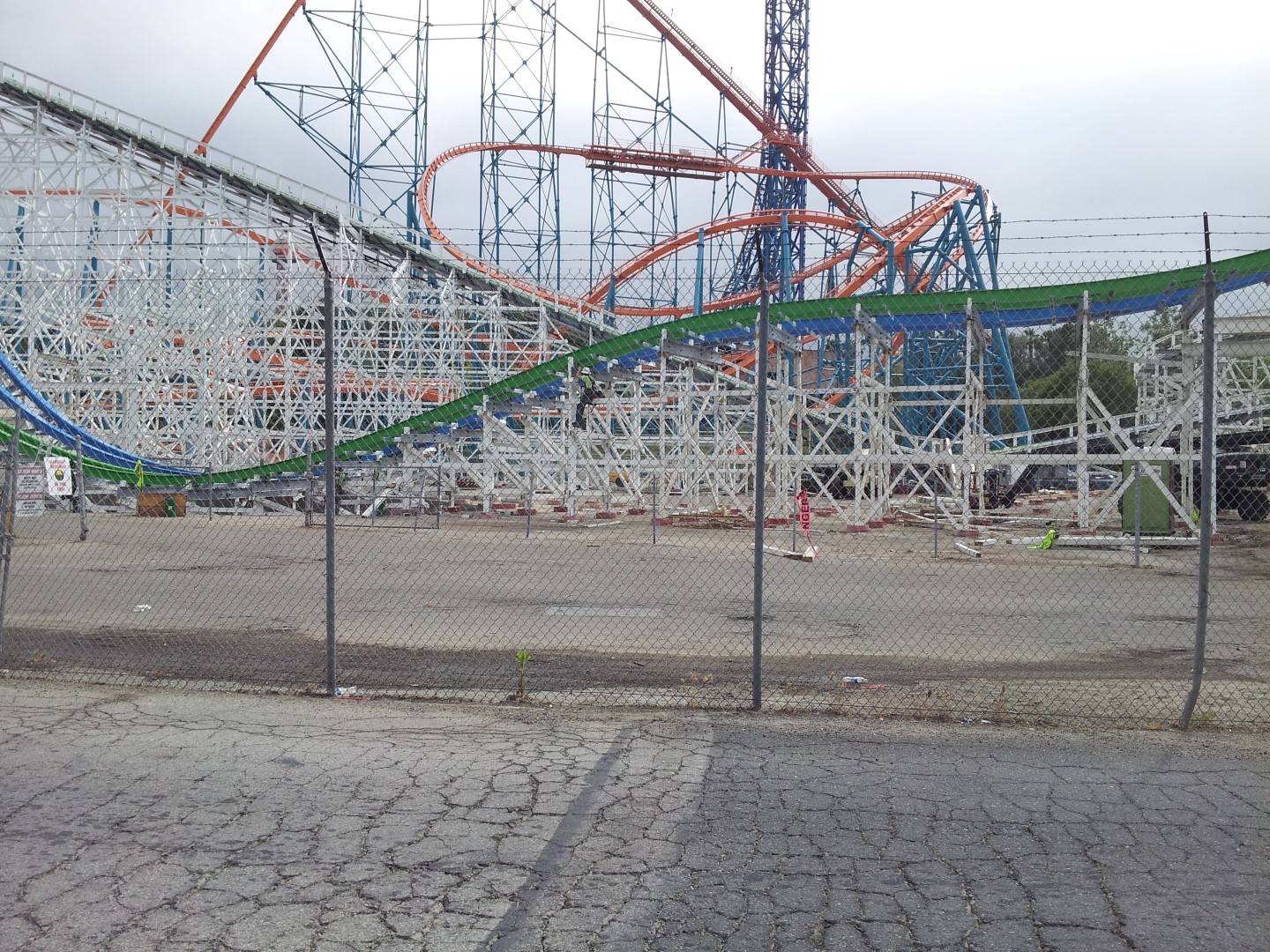 Here’s a better look at the Zero-G-Roll and the insane amounts of additional supporting wood and steel that’s being added. 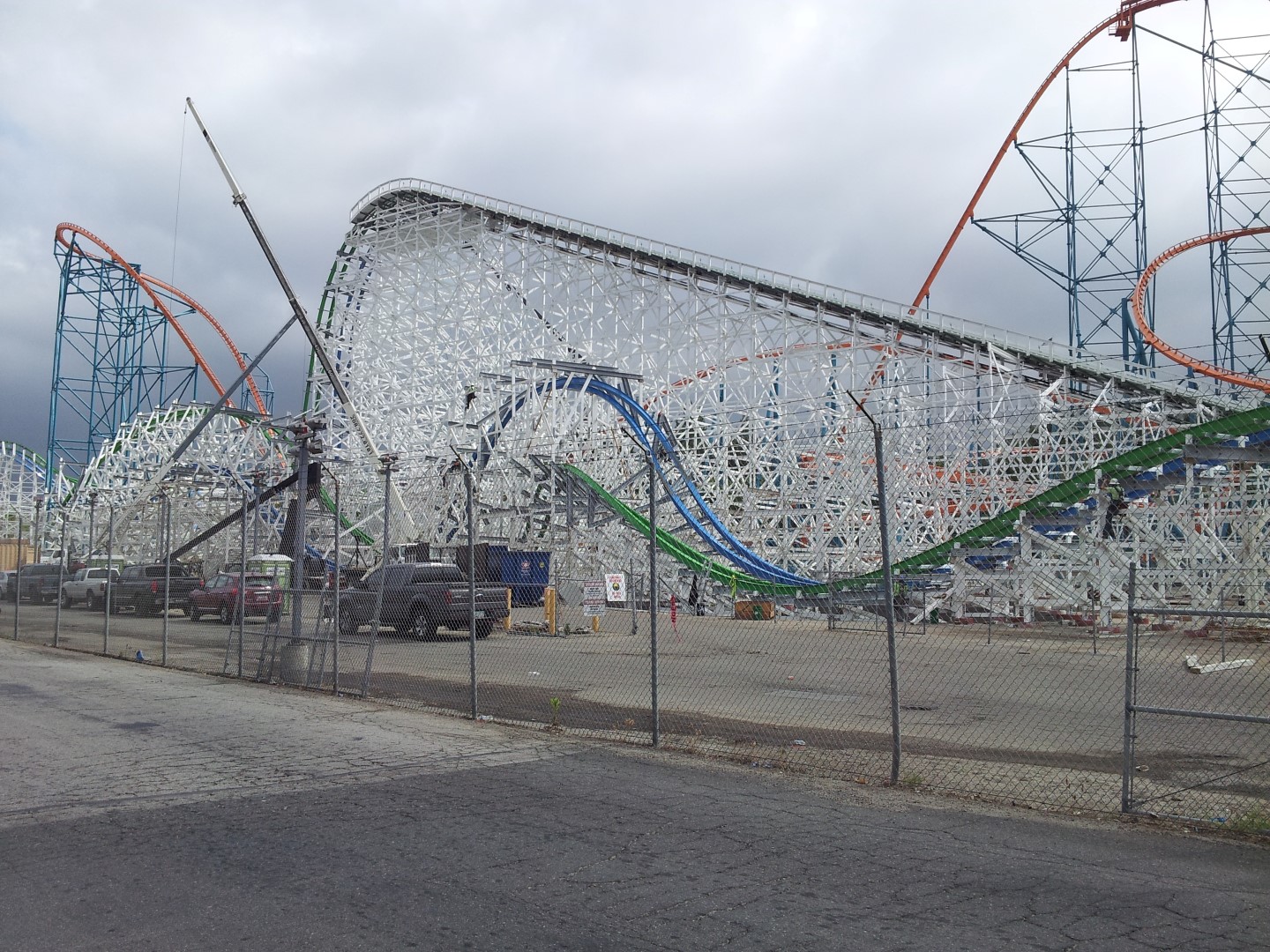 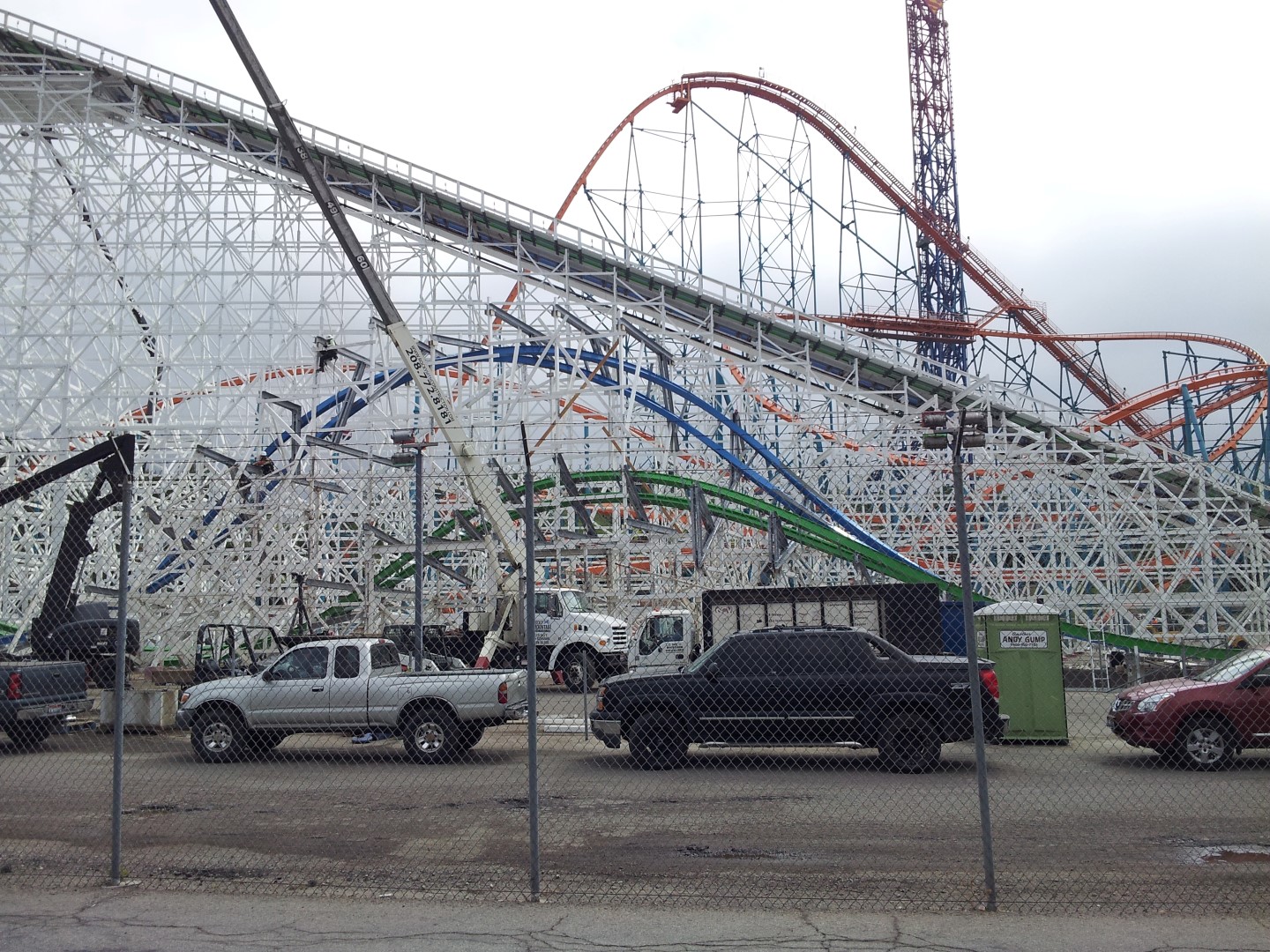 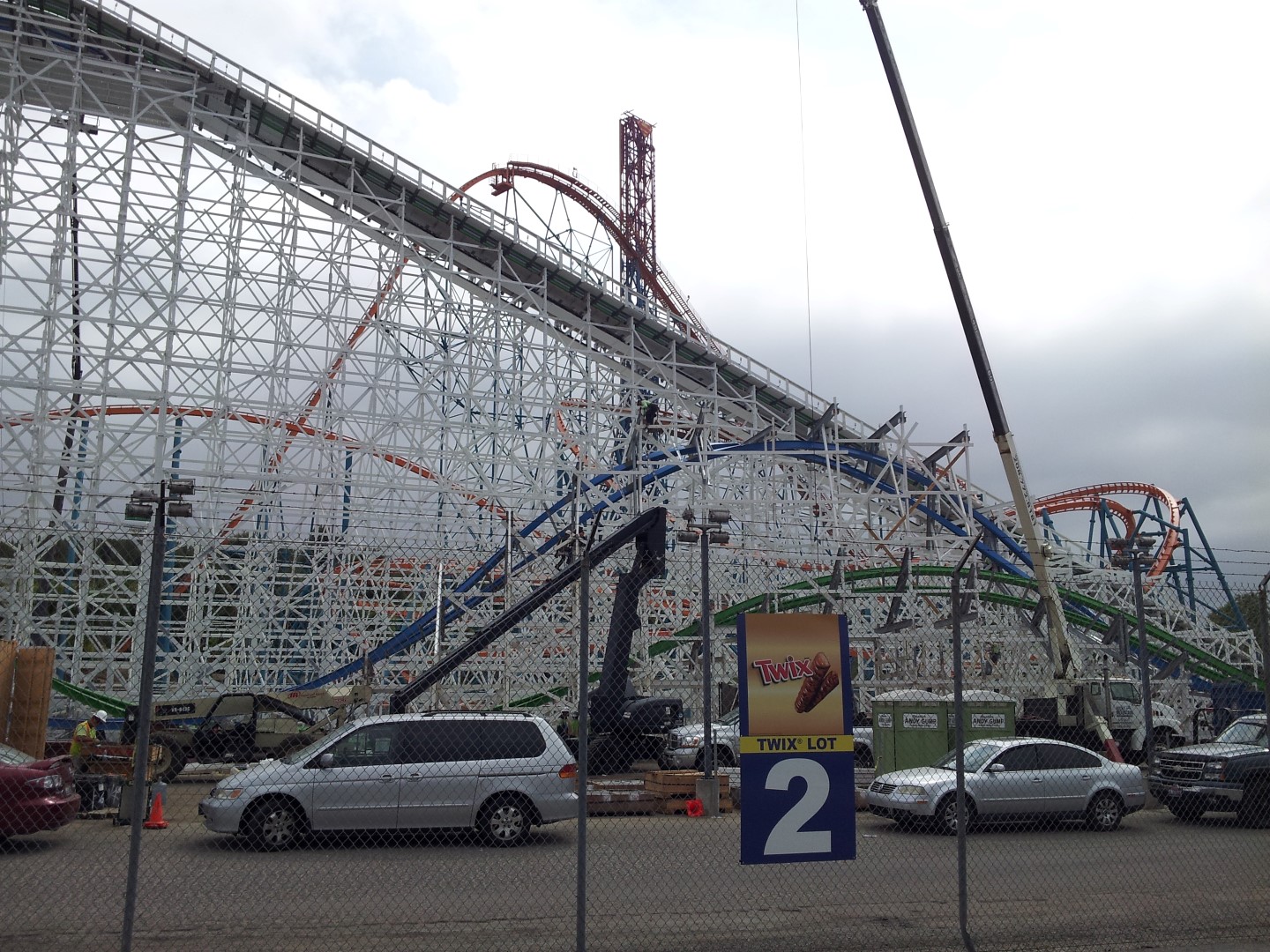 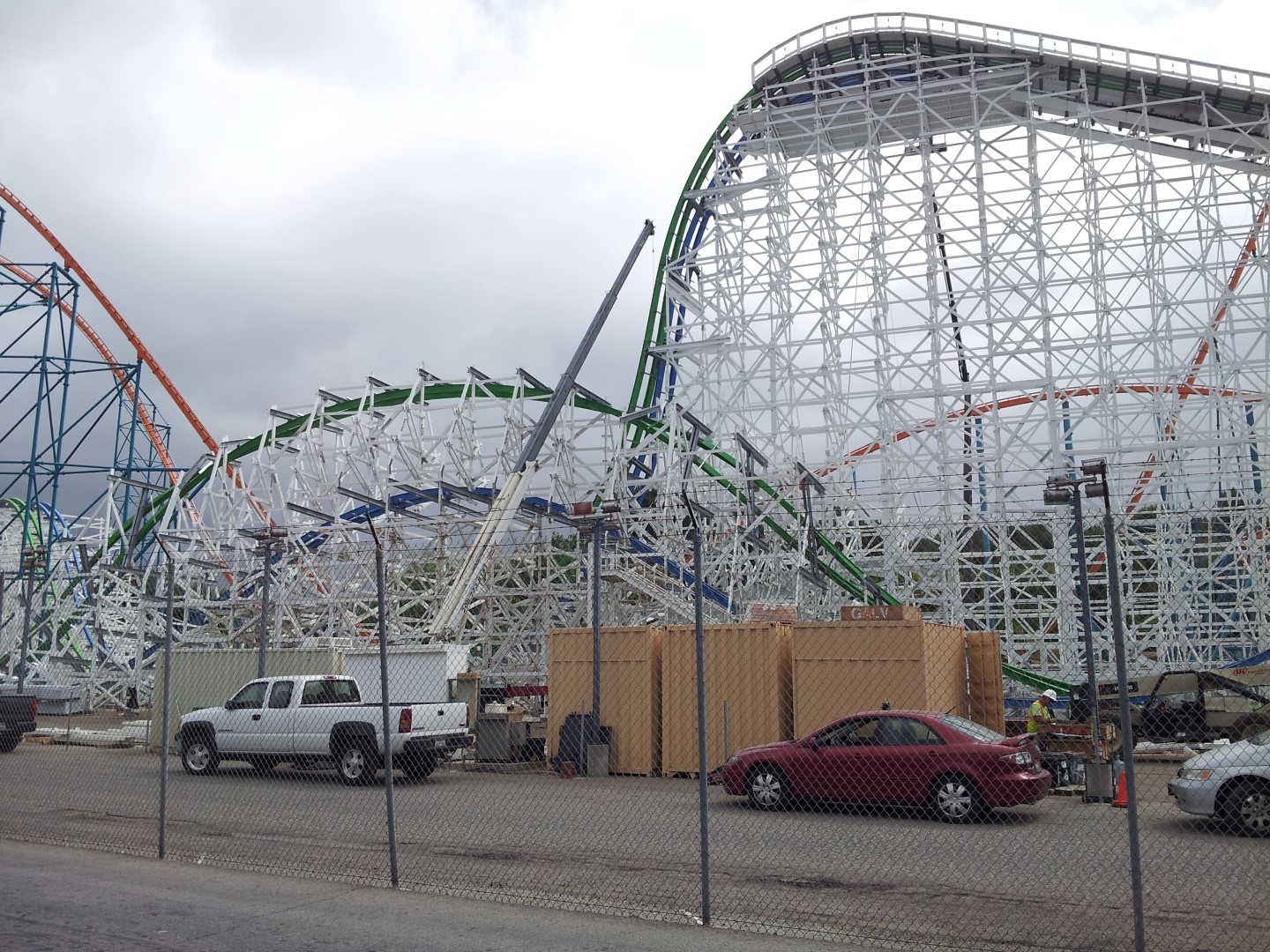 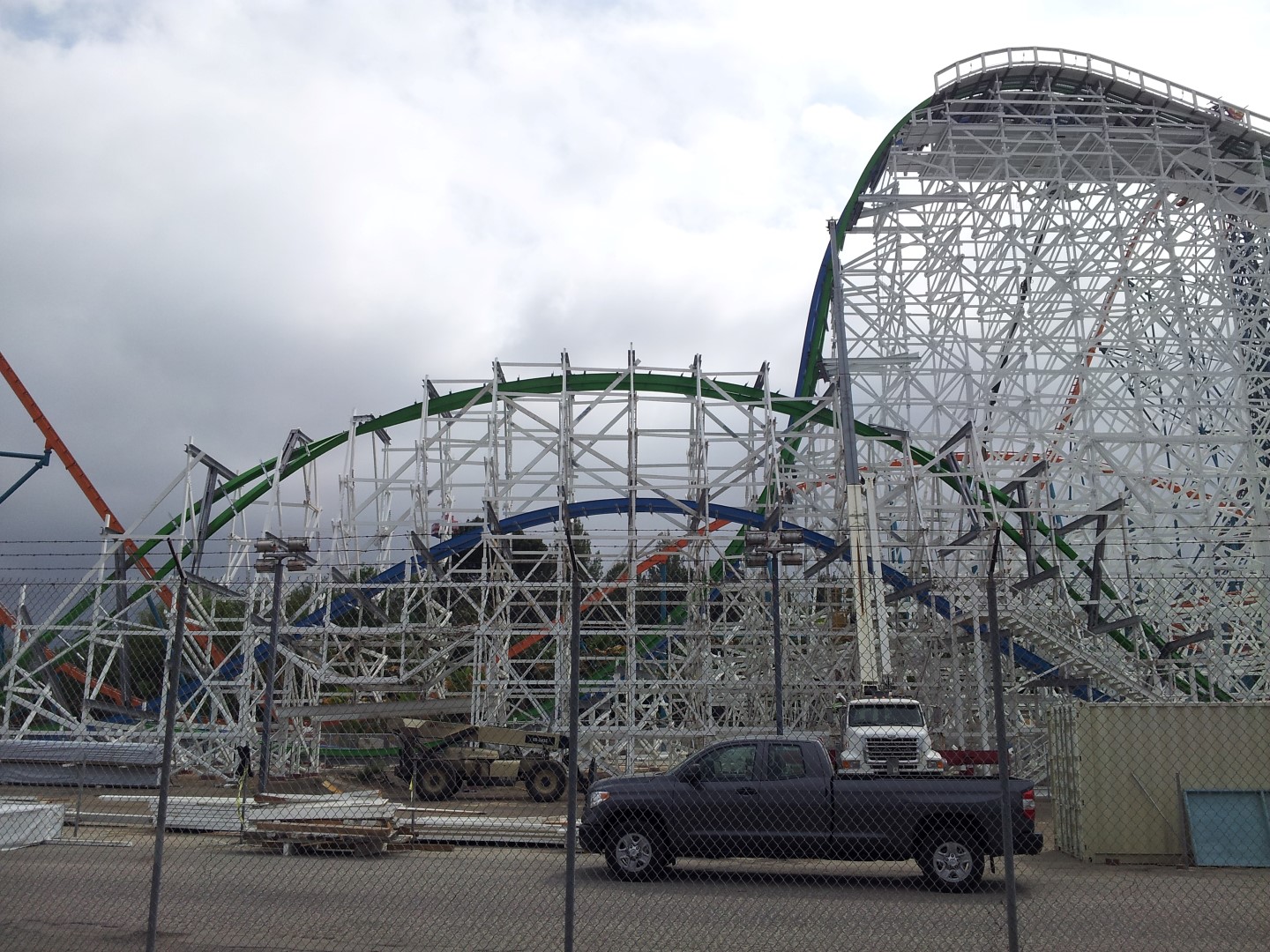 Perhaps you notice the very bright white structure underneath Goliath… Well, that’s because it’s being repainted! 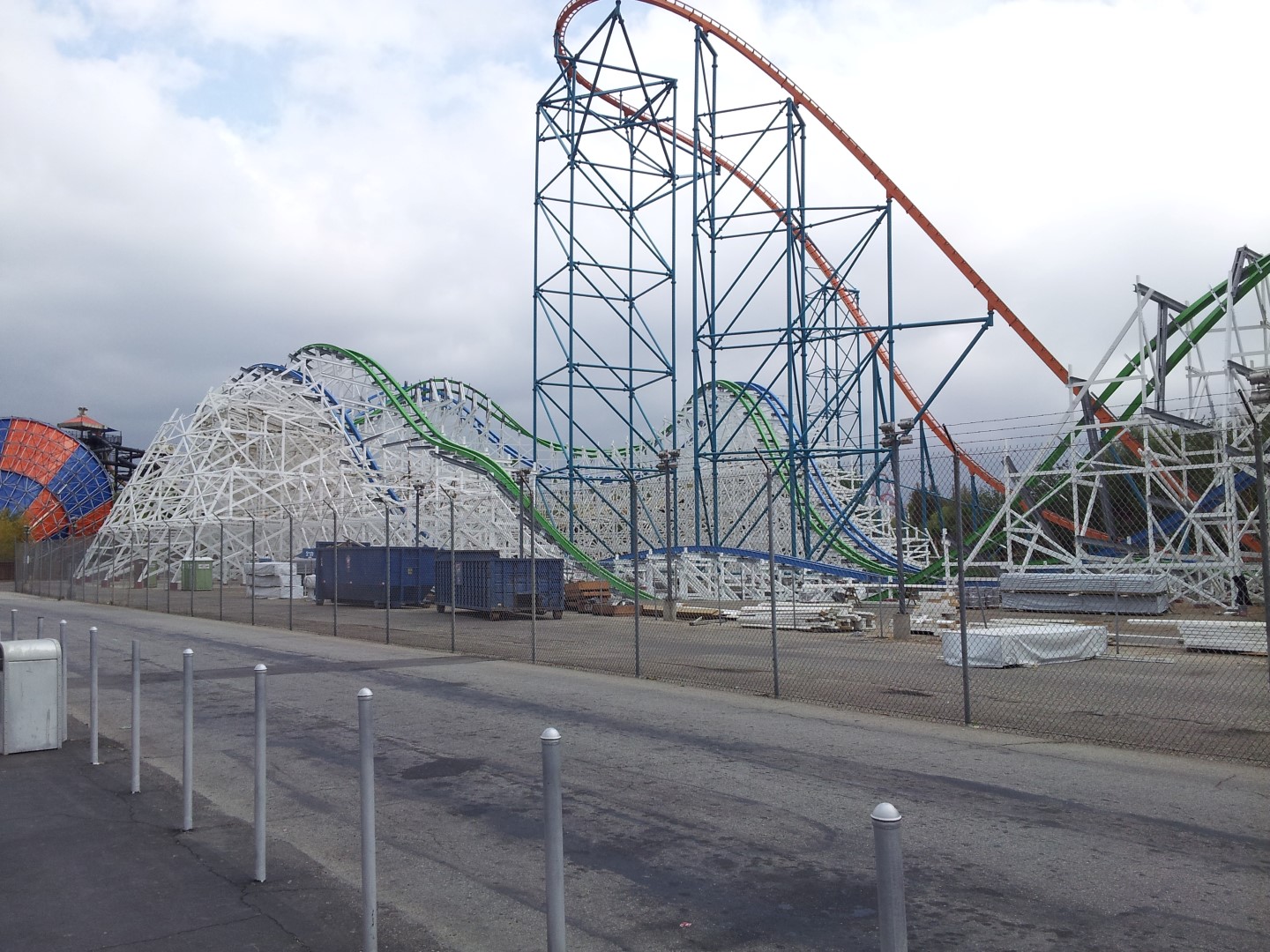 Something really interesting about this repaint… the steel beams that were gray first… they seem to be painted white as well. If you take a close look at the beams underneath the green Double-Down, it should be quite obvious. 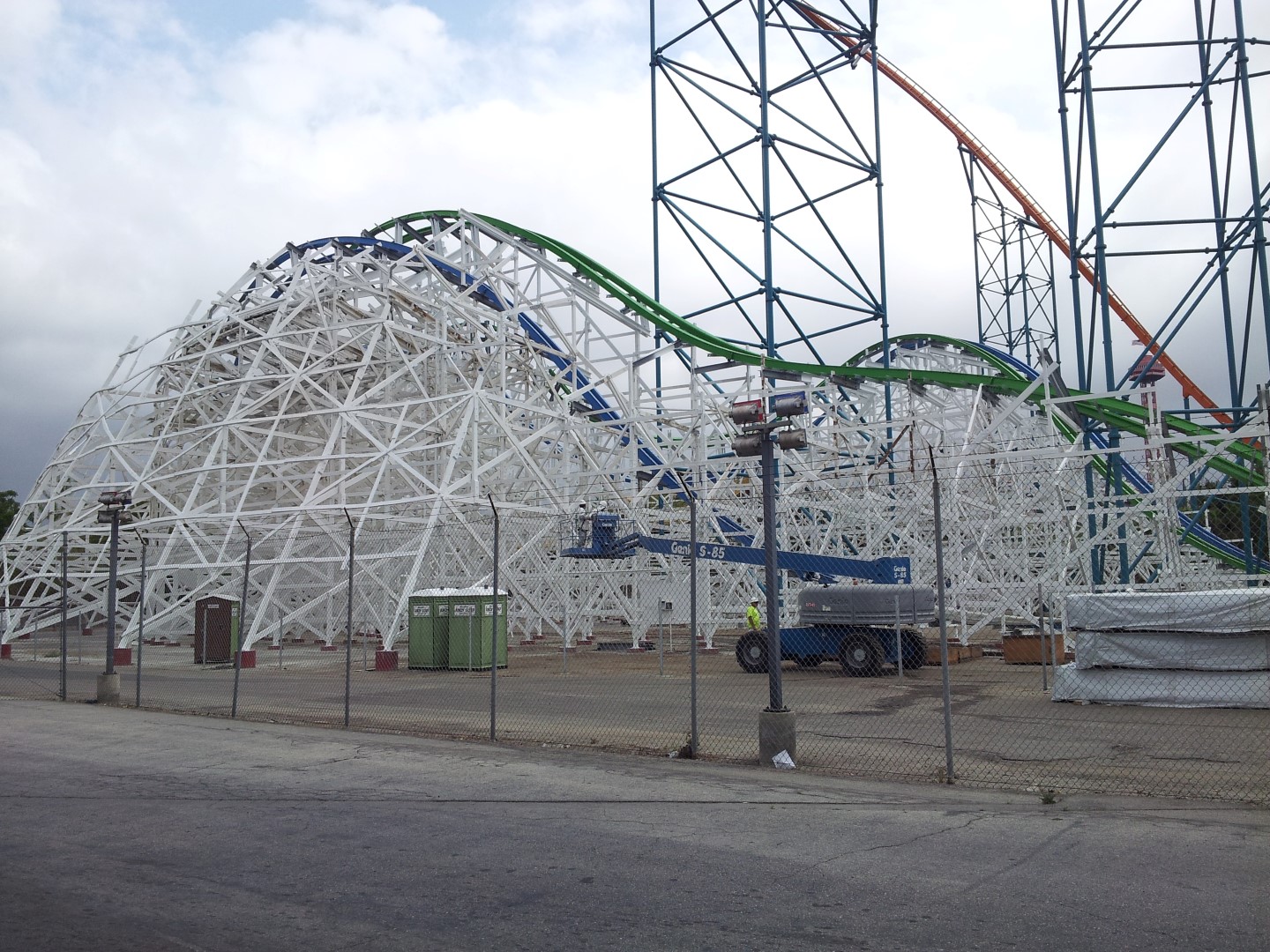 I realize it was a short one, I’ll be heading backstage on Wednesday to see the finished Twisted Colossus track from up close, so I’ll have a lot more for you, very soon!

Thanks for checking out this new Twisted Colossus Update! We also just went LIVE with our Show Guide, which we recommend you check out! We’ve got a new Universal Studios Hollywood Update LIVE now! Check it out here! A Six Flags Discovery Kingdom Update’s coming very soon,stay tuned!