Today’s Valentine’s Day, and a gift from California Coaster Kings to you… A Twisted Colossus and Scream! Update! Construction and make-overs continuing rapidly!

I’m going to start off with Twisted Colossus. Regarding the brake-runs, nothing has really been changed since last week. 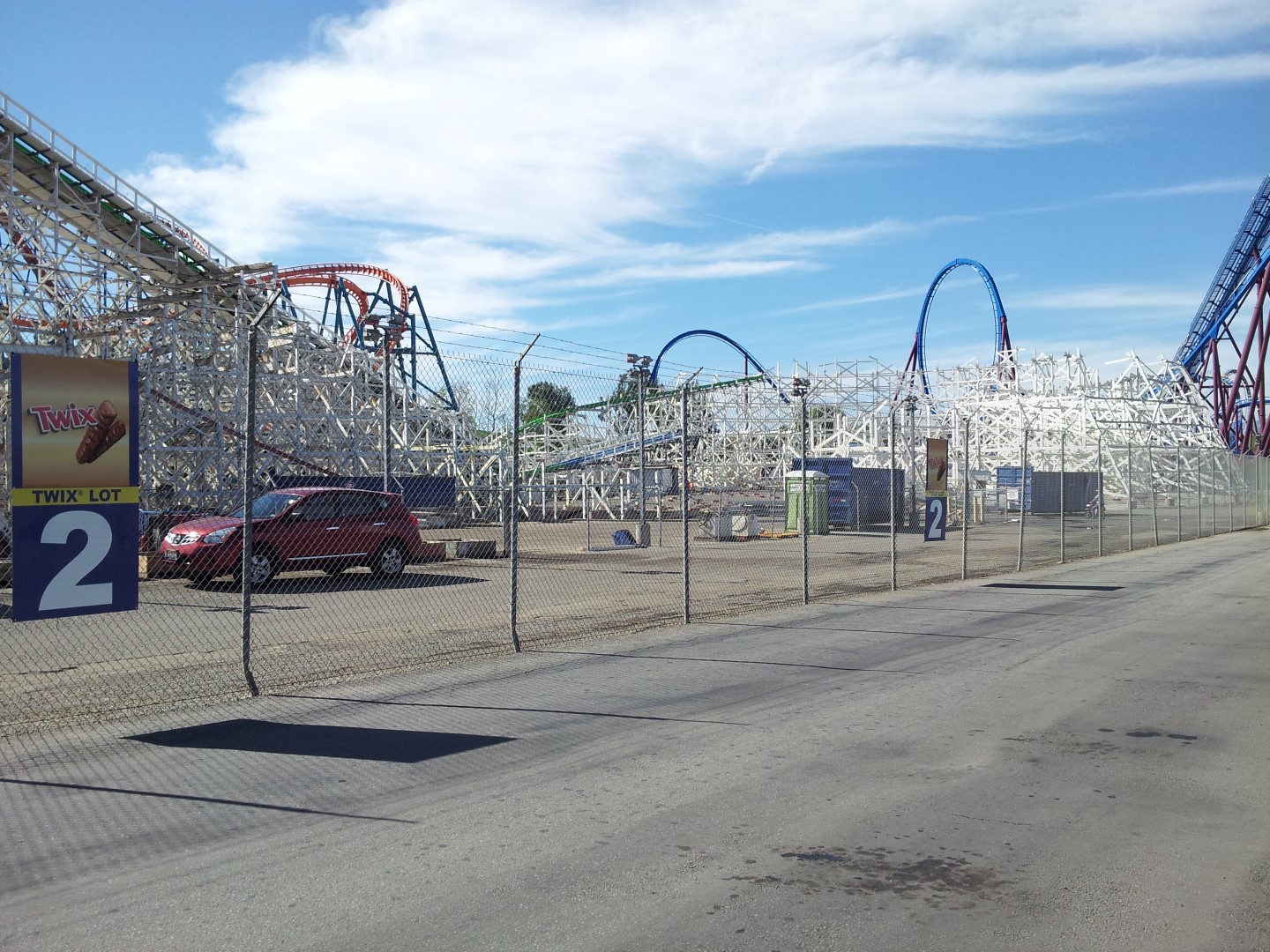 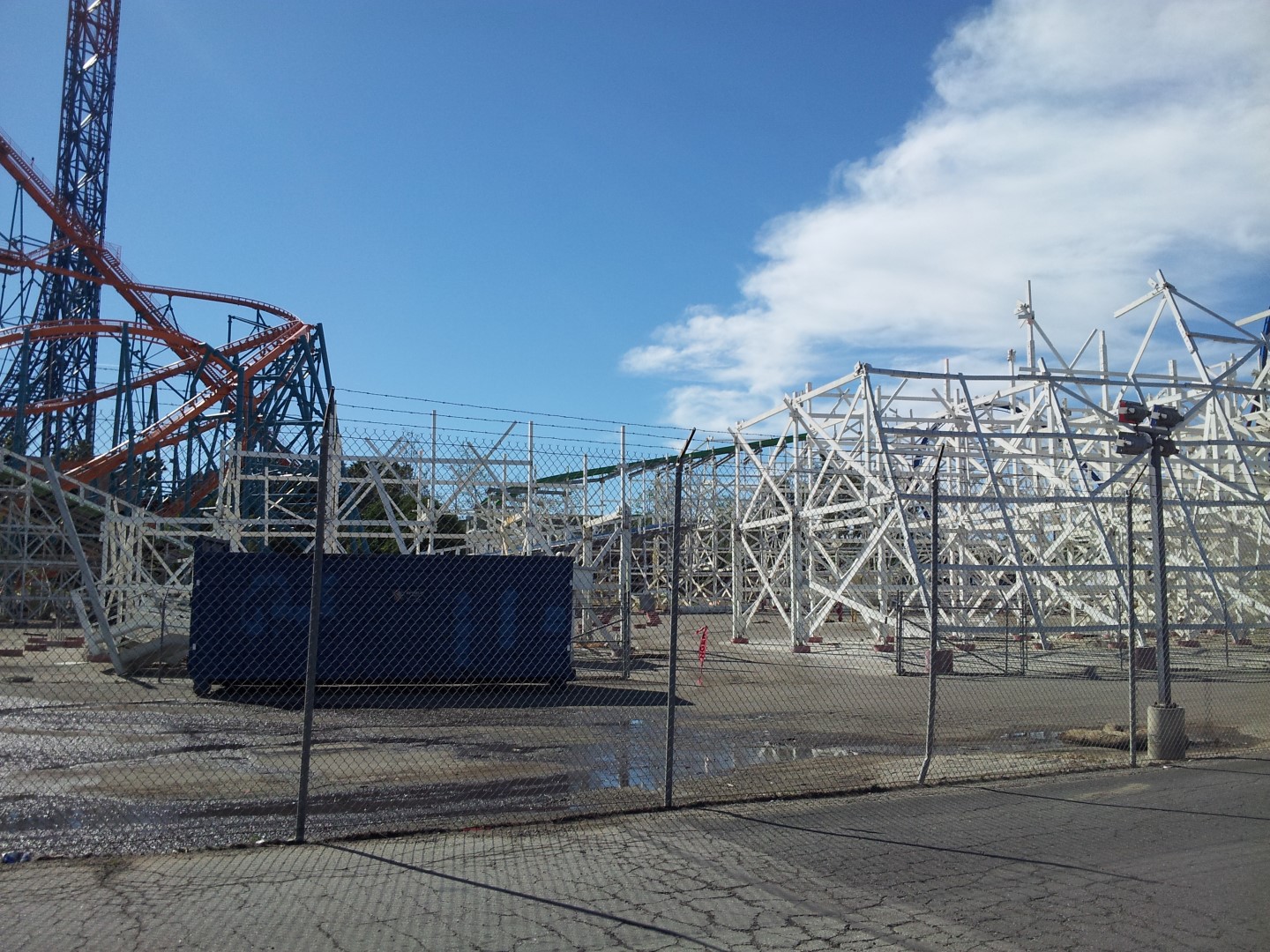 Mostly the entire old block-brake structure has been removed. 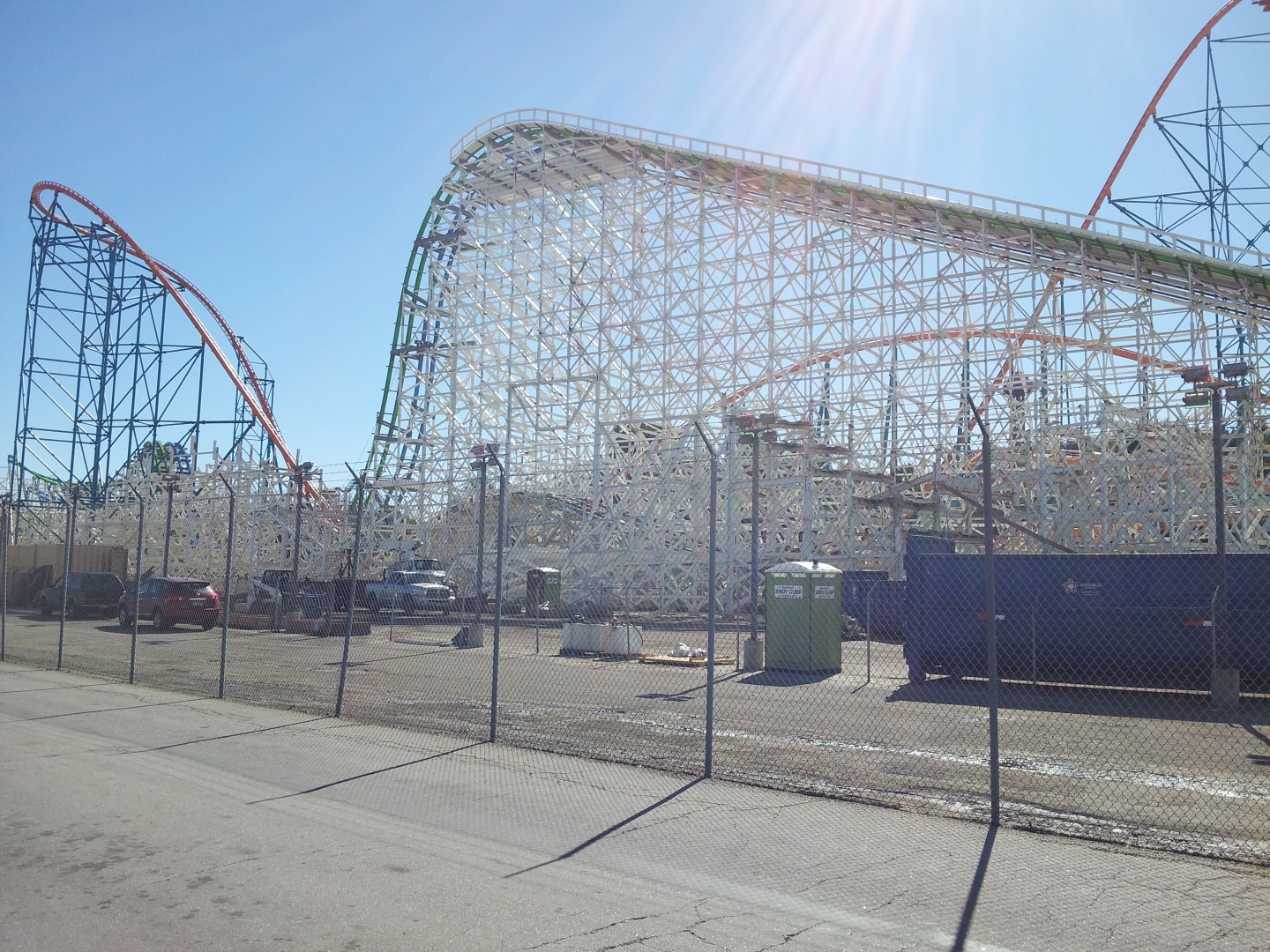 The structure for the double down is being placed. In the background you can see the approach to the high-five element being completed on both sides. (The green track in the below the structure will be going up the High Five next). 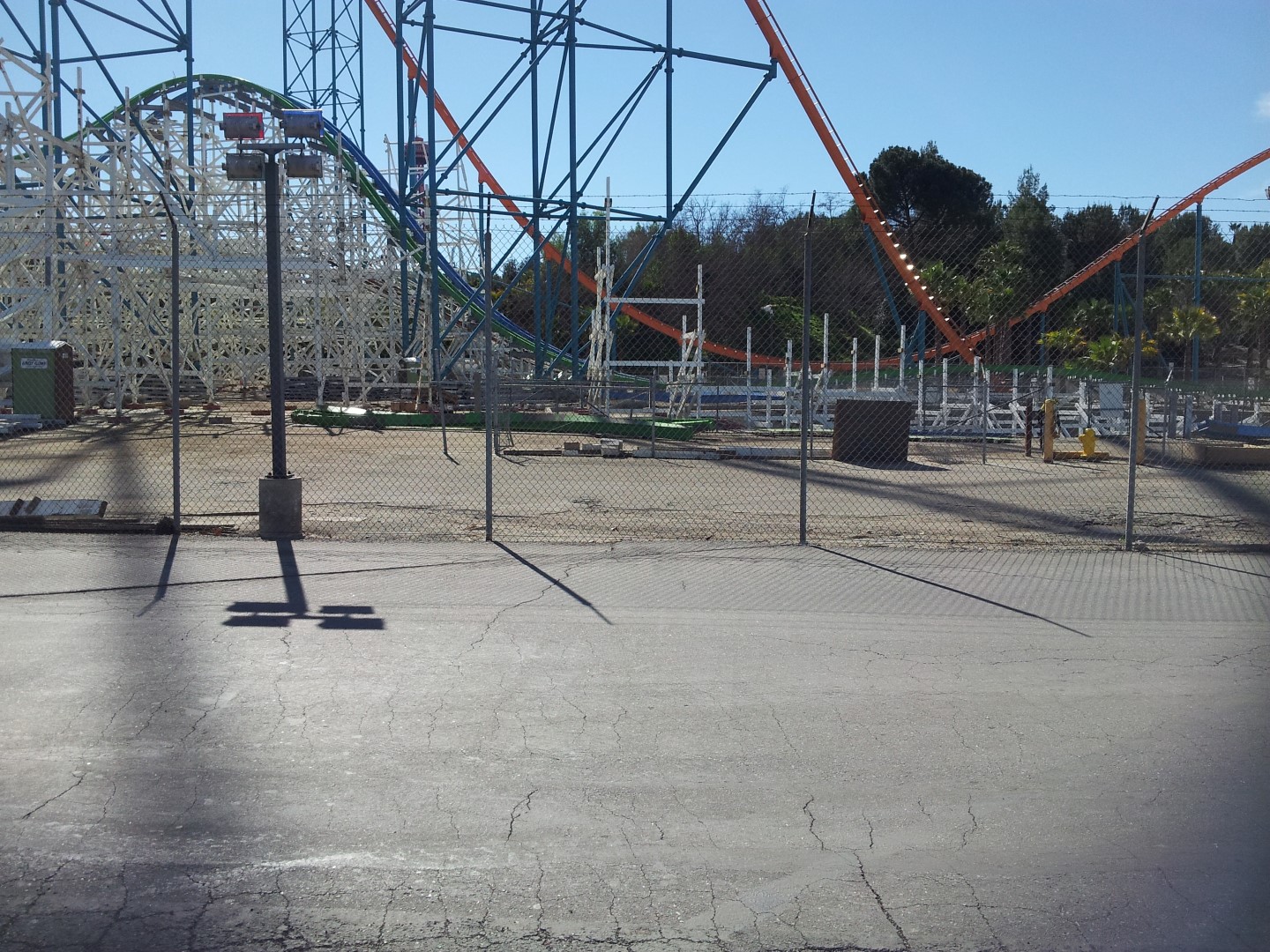 There’s a lot of track and wood ready to be placed. 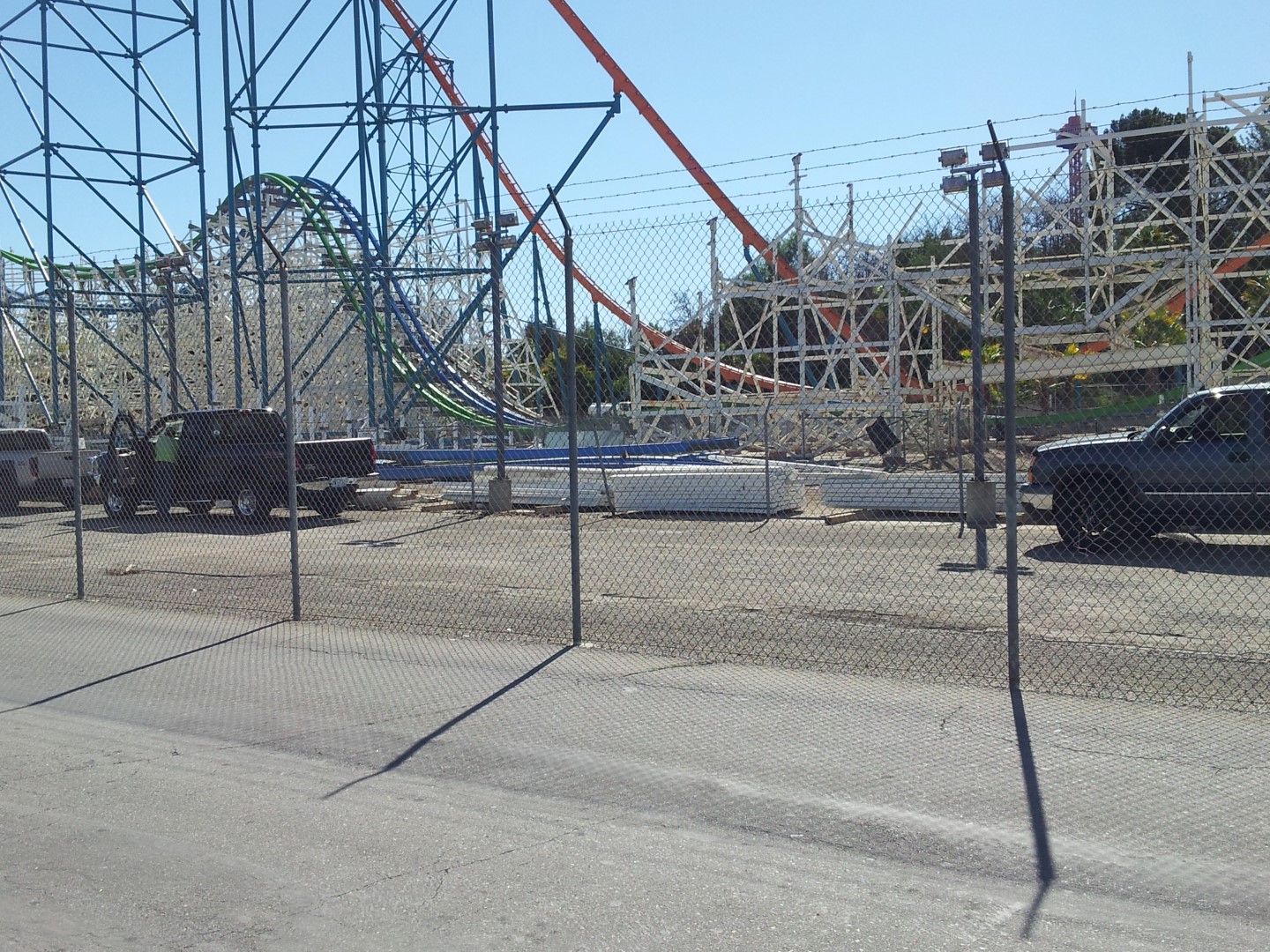 And then here’s the beautiful moment at which they’re placing the actual High Five. All track preceding the High Five has been placed. And as I was taking pictures, the metal beams, for the 90′ degree banks in the middle of the element, were being placed. 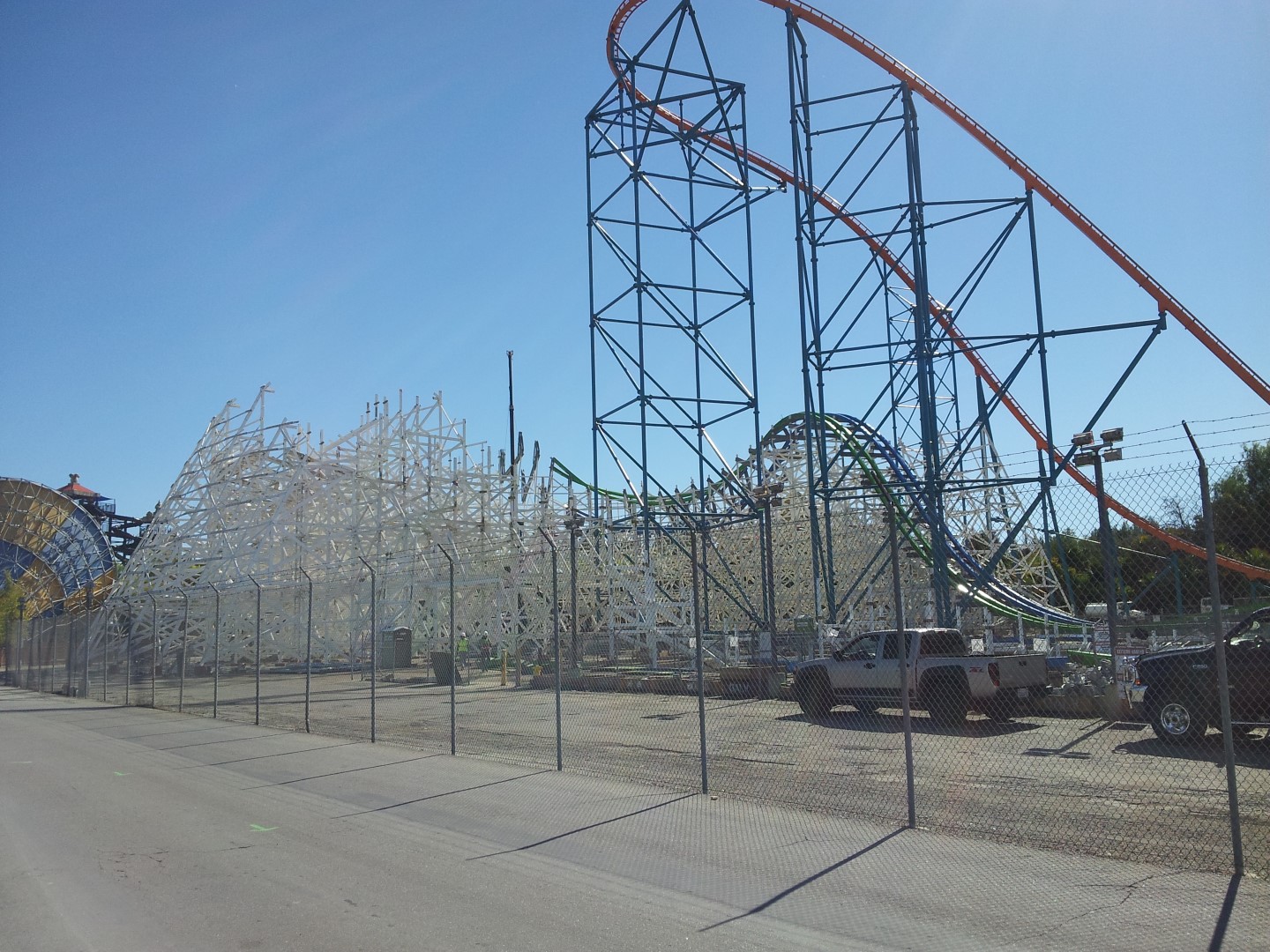 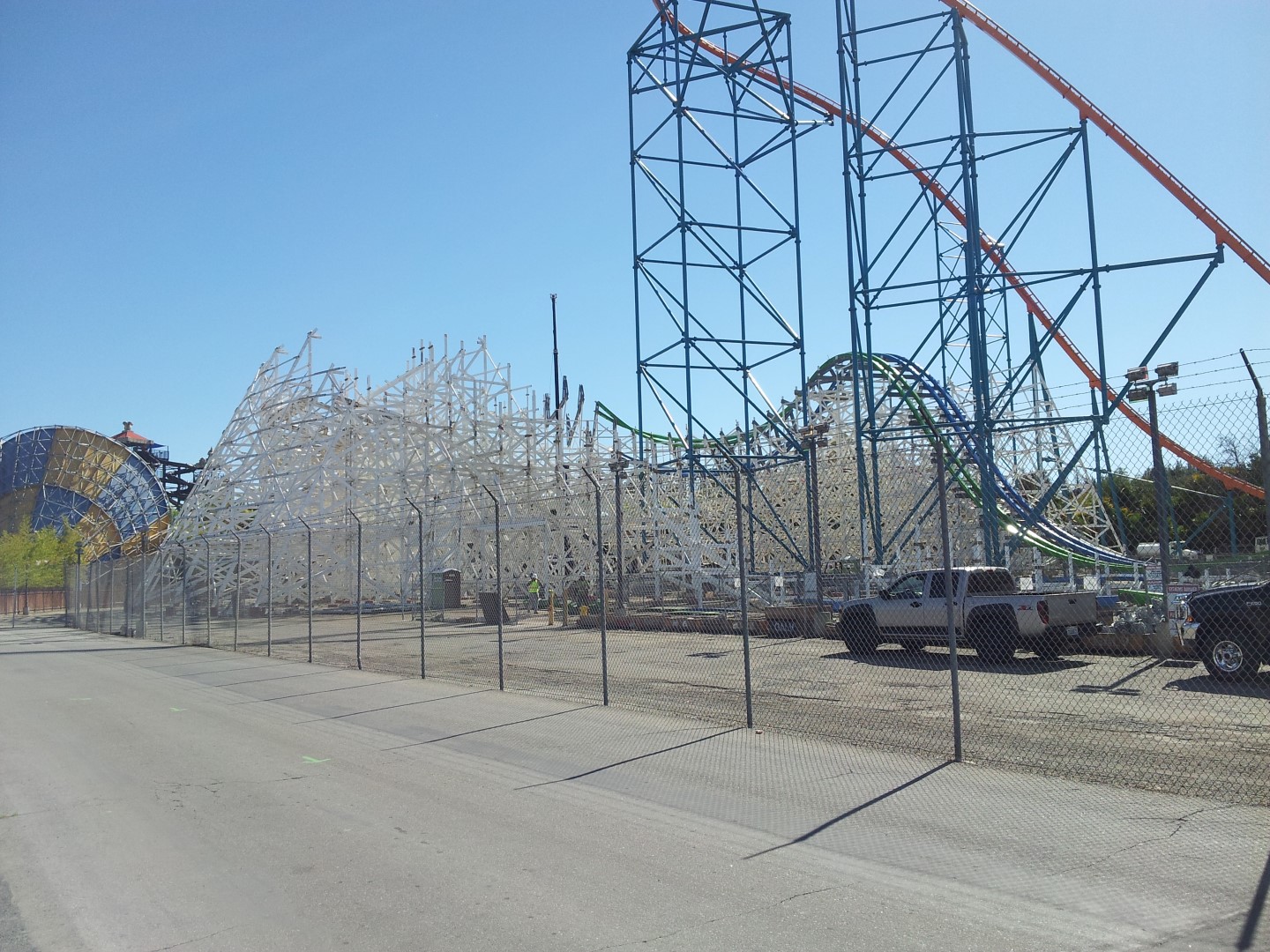 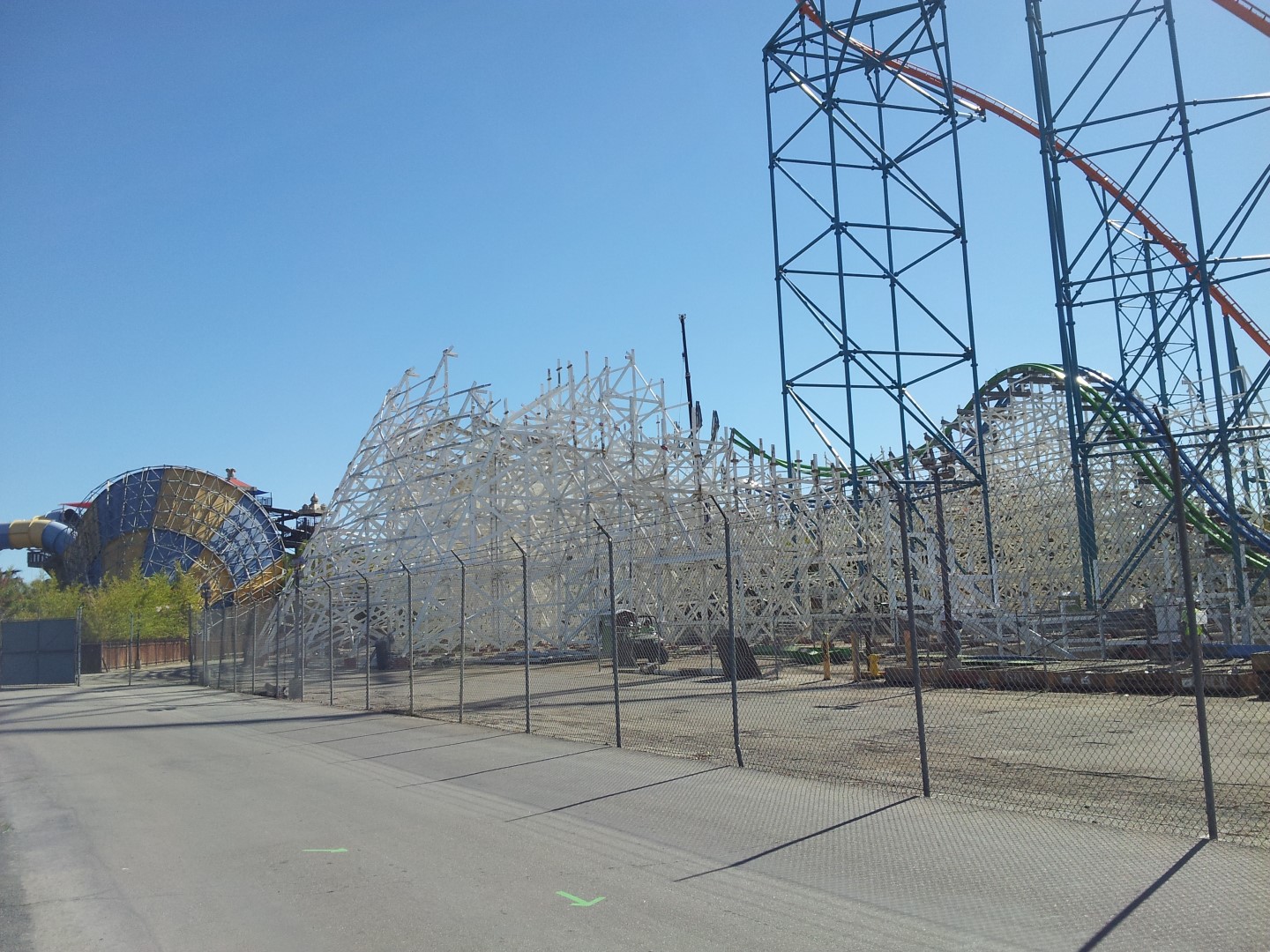 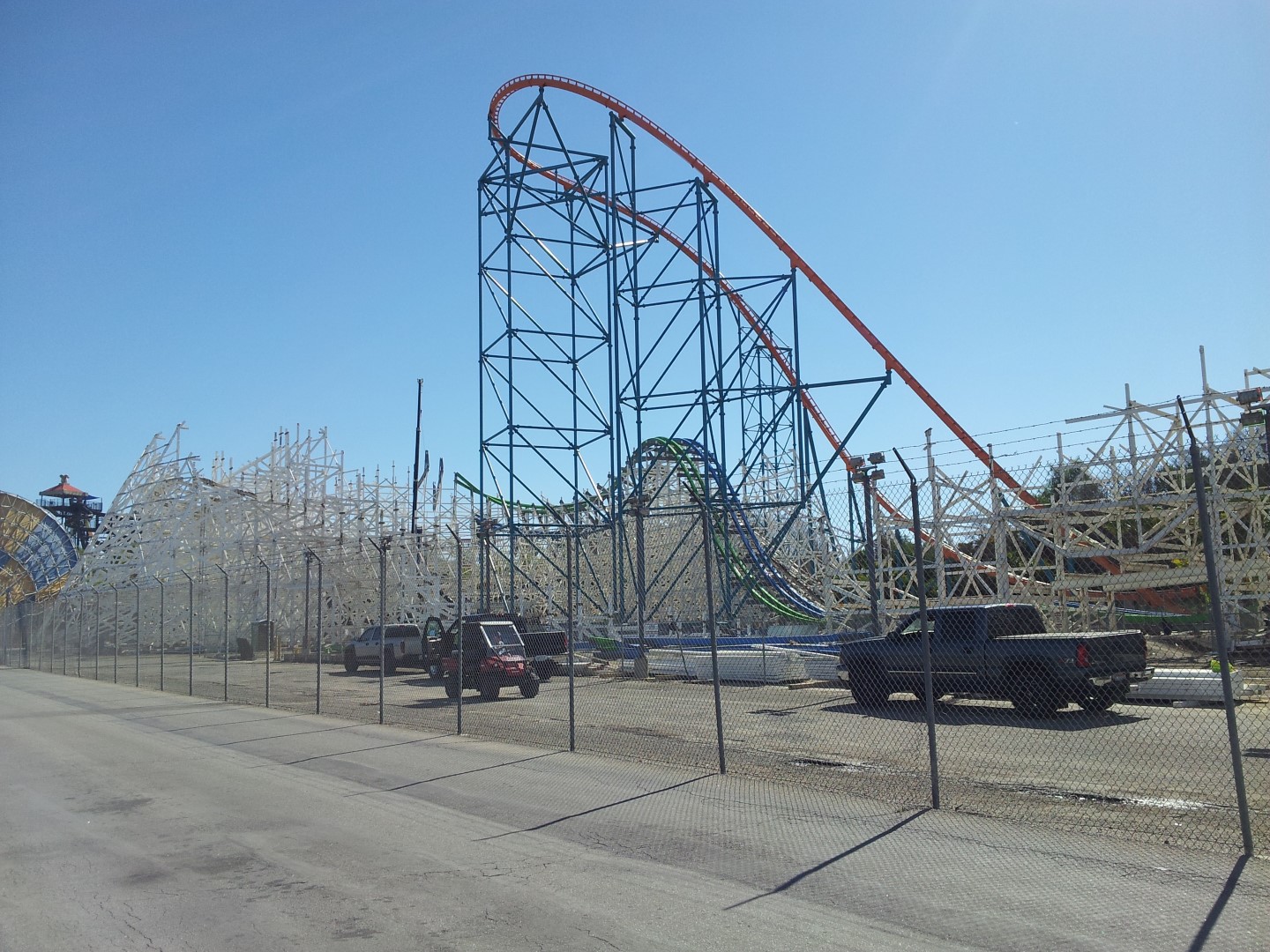 Notice the amounts of blue and green track! Ready to go up very soon! 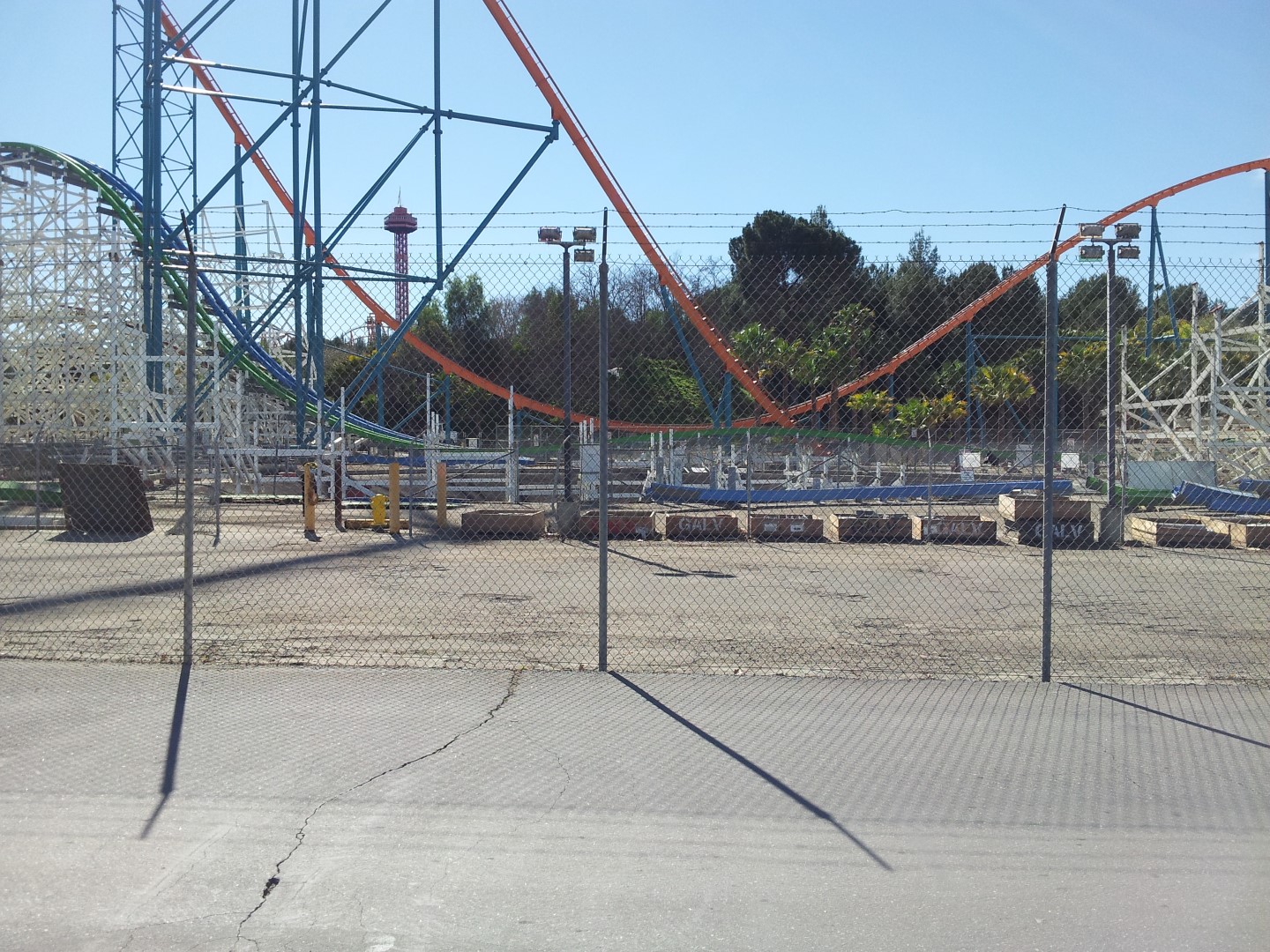 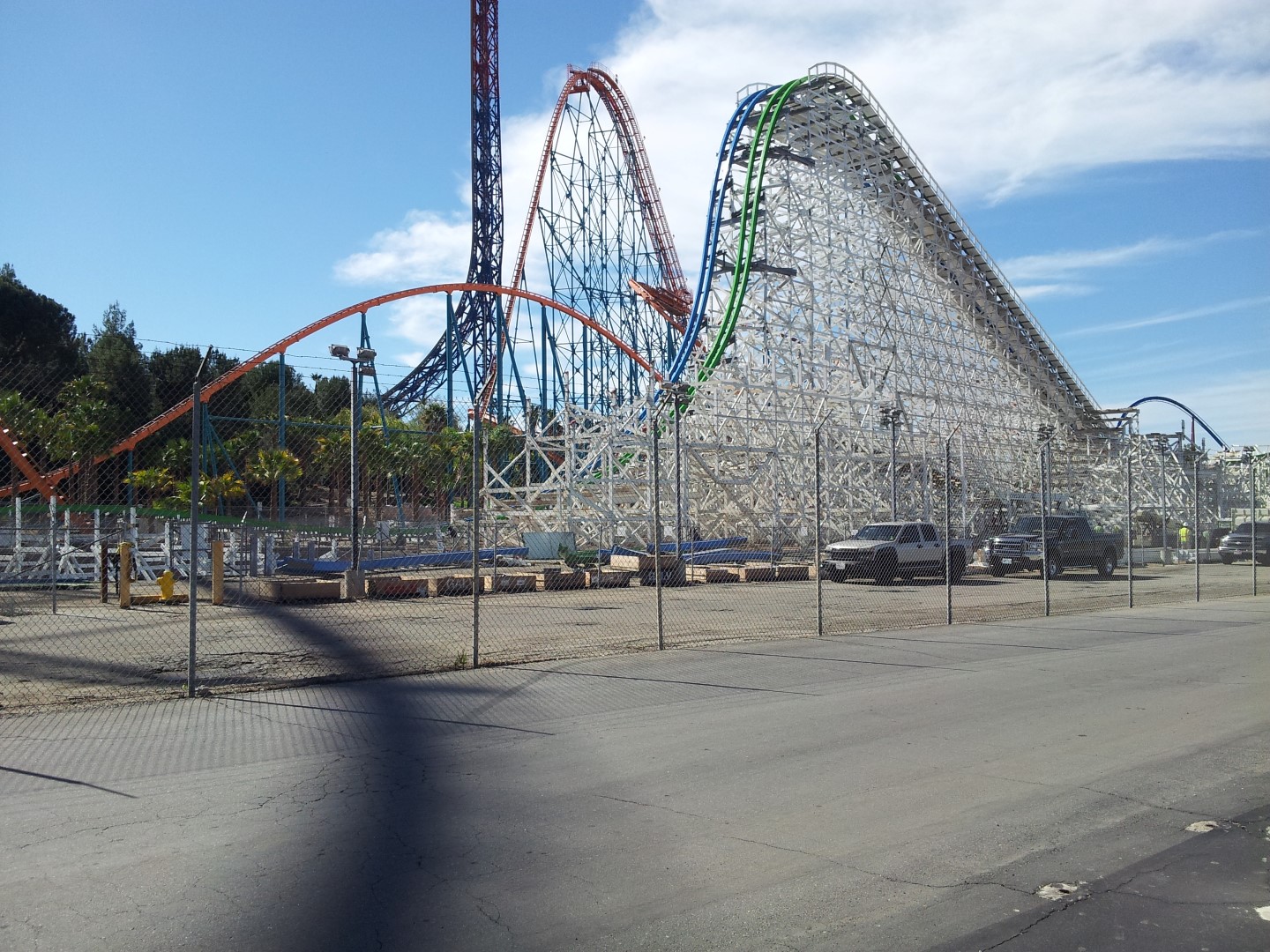 Here’s the crane that’s placing the High Five beams and track onto the structure. 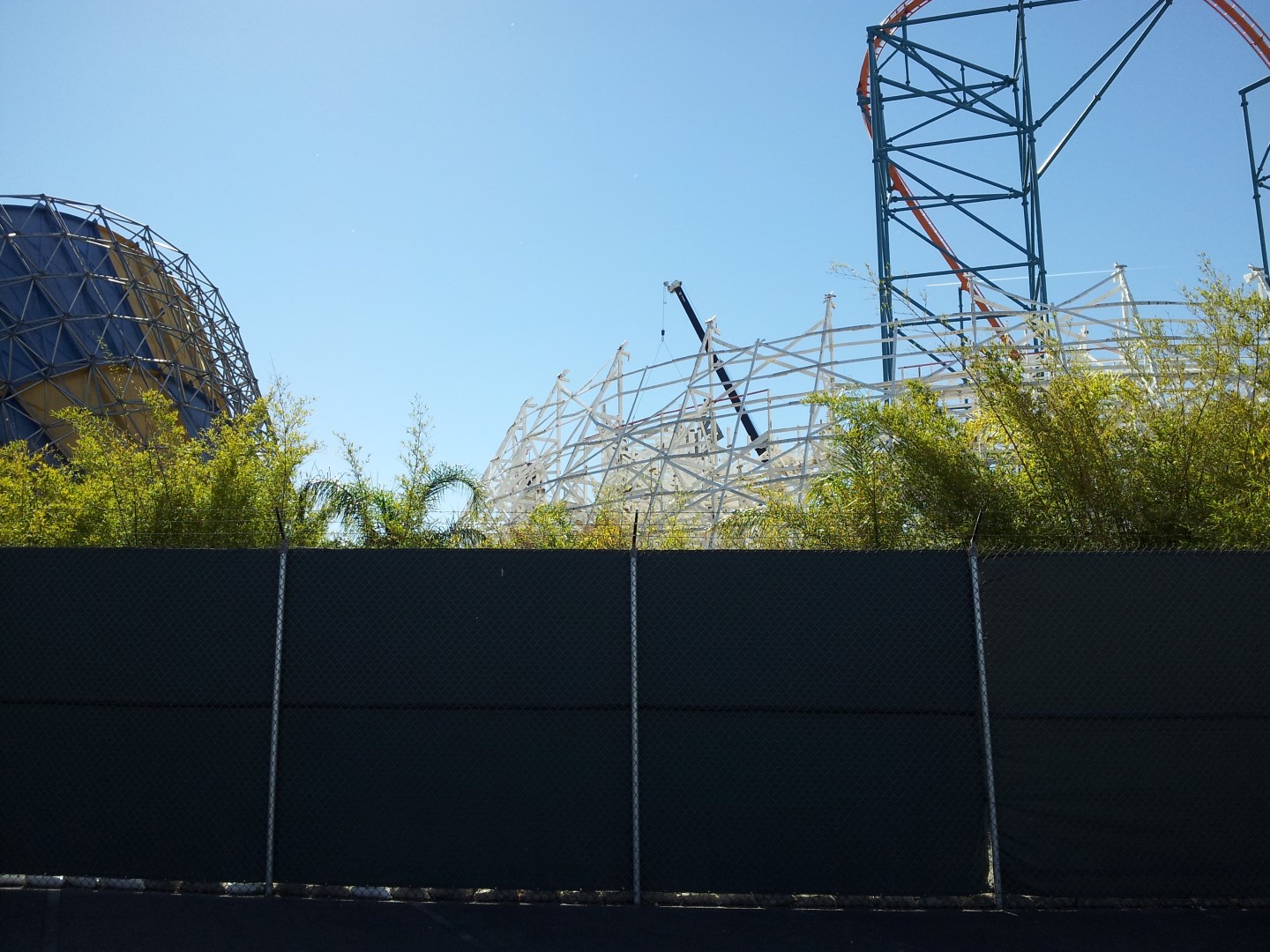 As a transition from Twisted Colossus to Scream!, here’s the new advertisement for the Screampunk District and Twisted Colossus, it’s on the construction walls over at the entrance to the area! 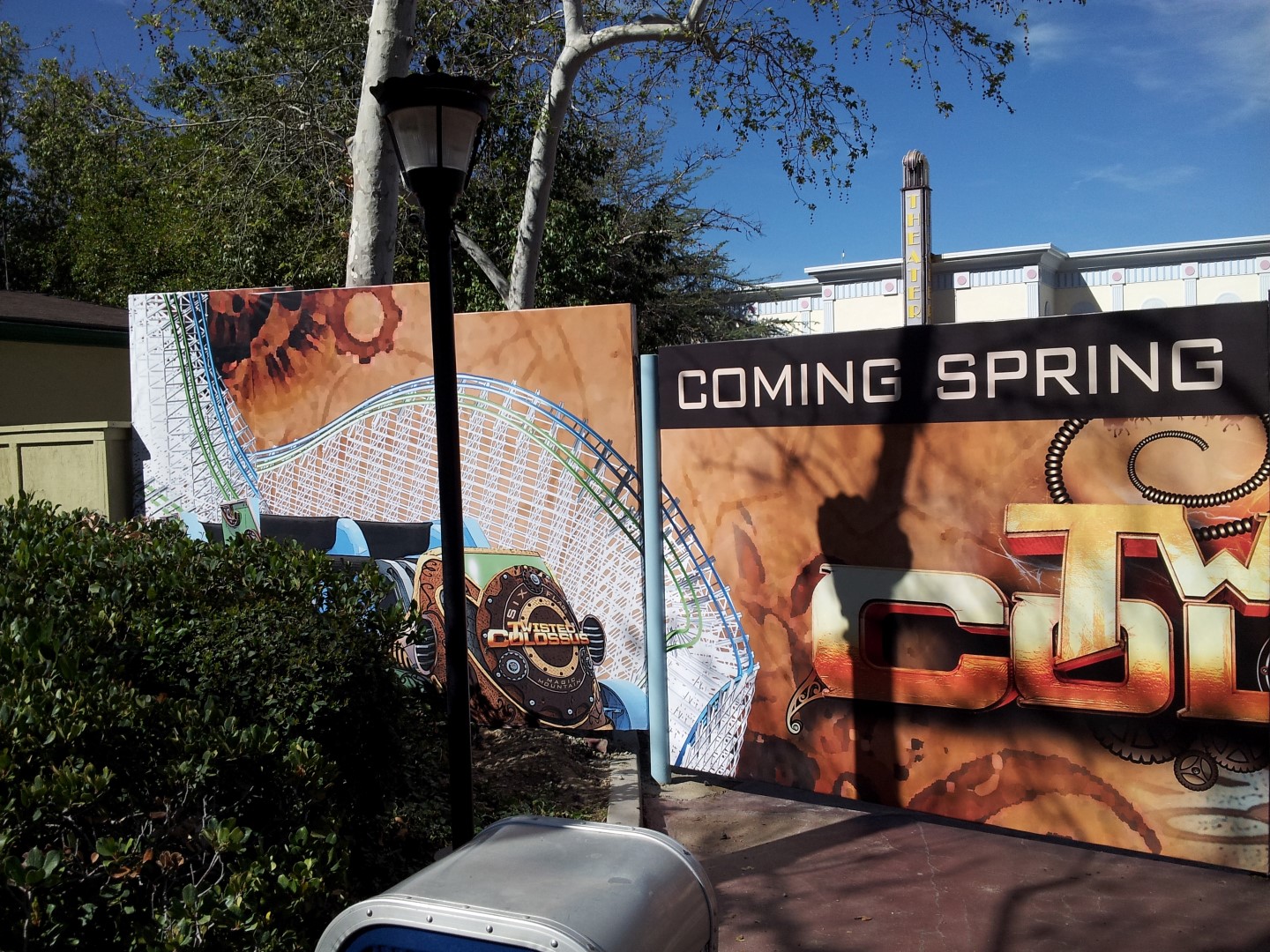 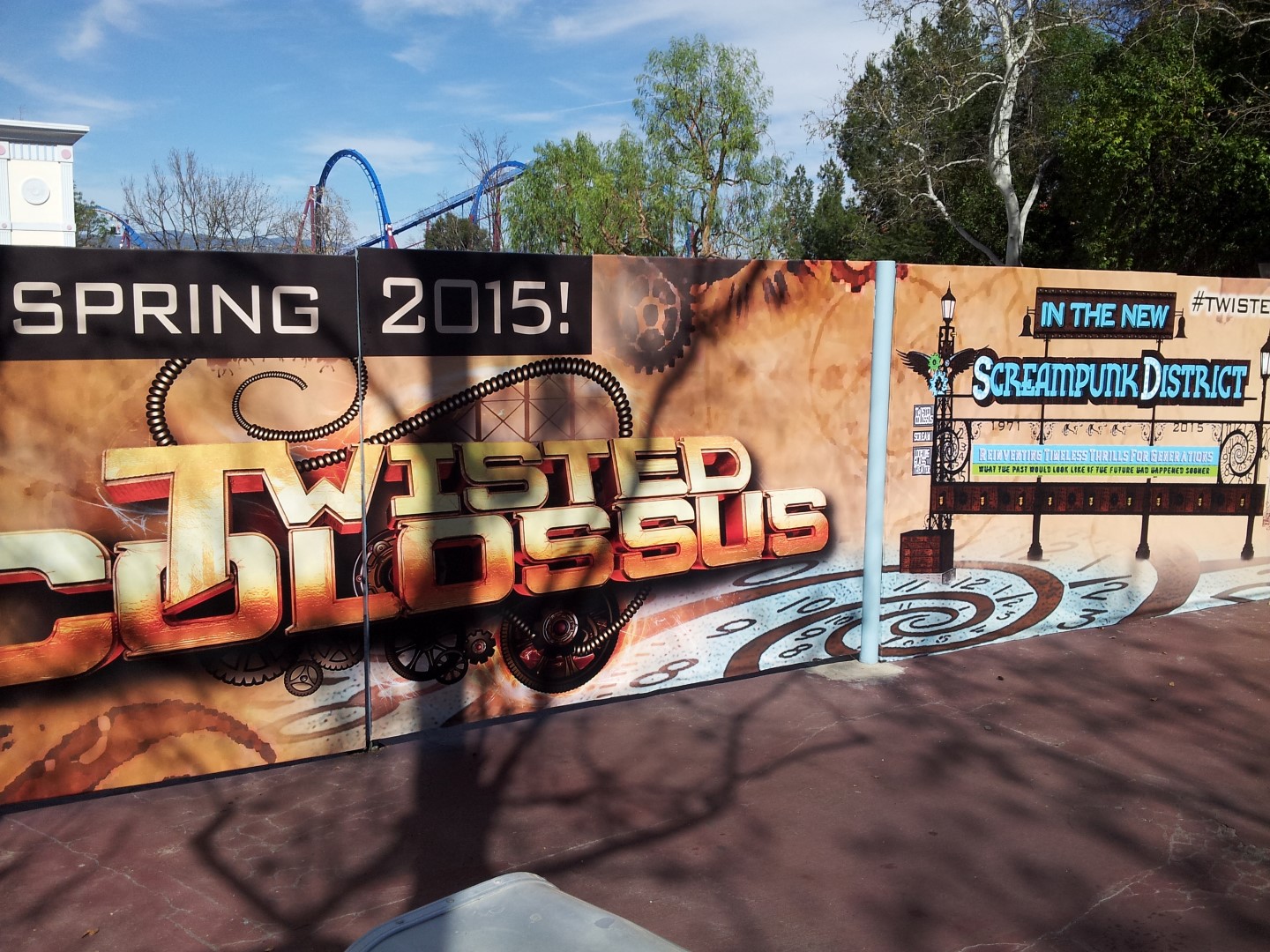 Definitely seems as if Magic Mountain is really aiming for that Spring opening! 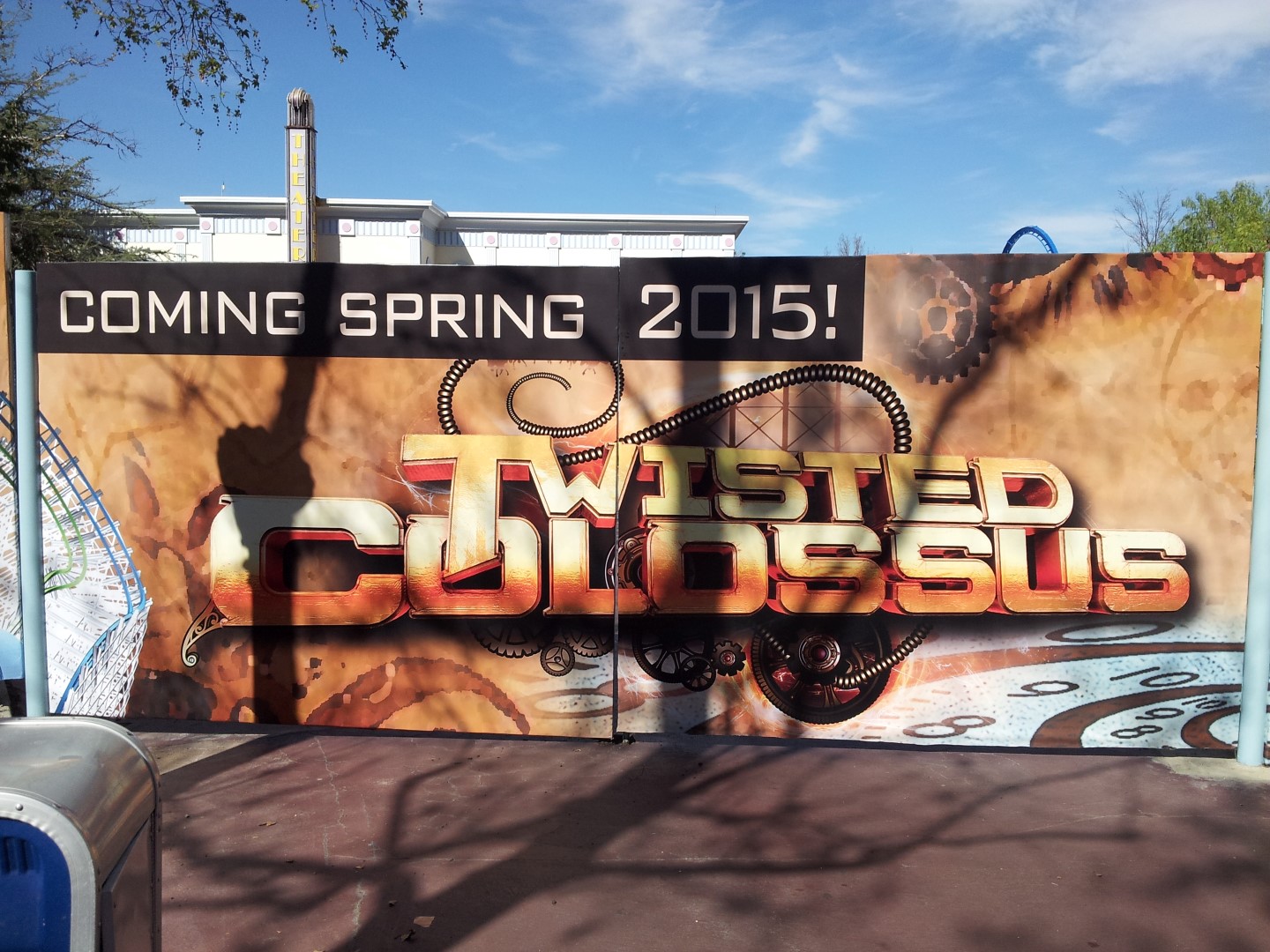 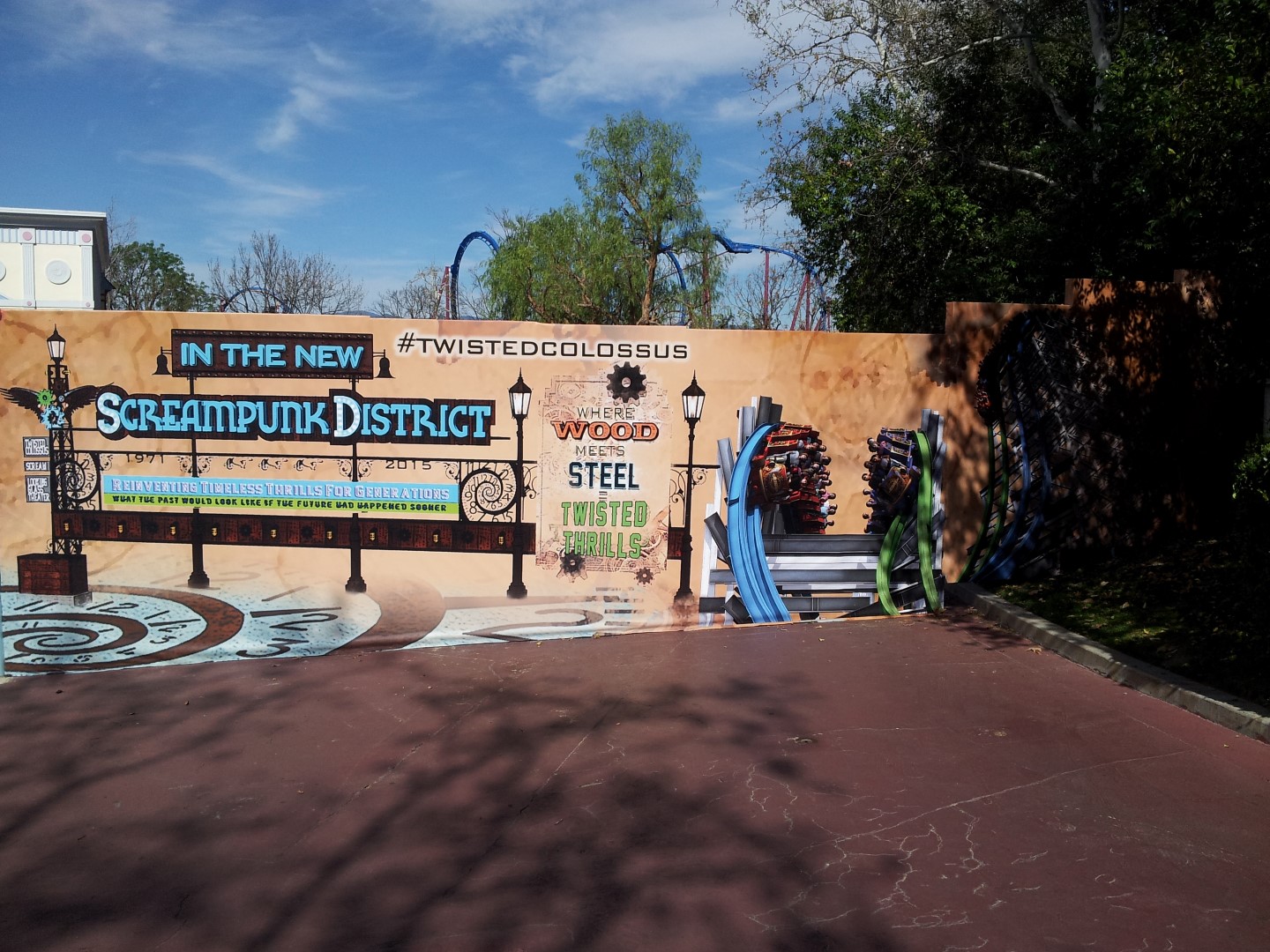 Oh look! That’s Scream! over there! Let’s move on to the Scream! repaint. 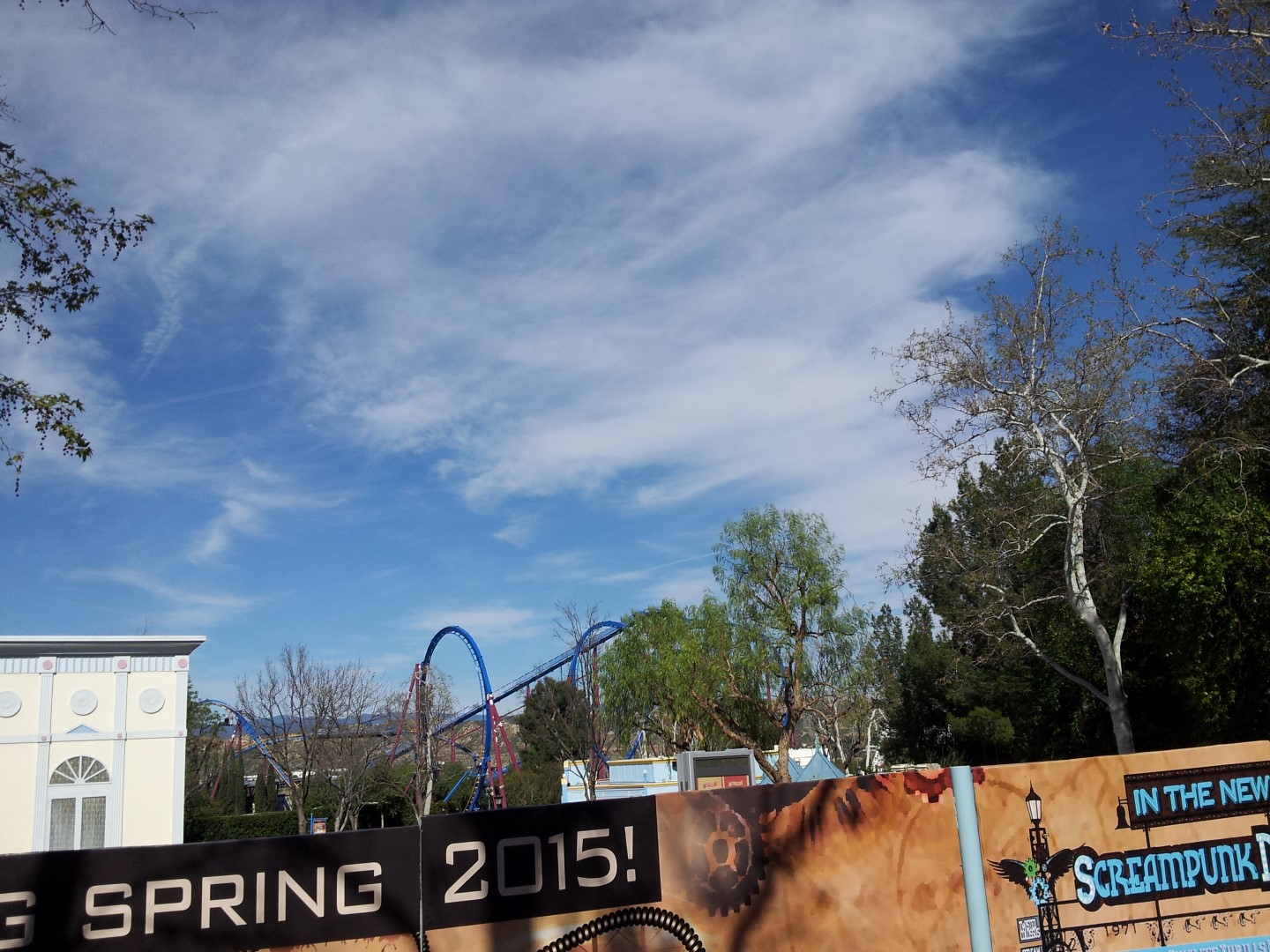 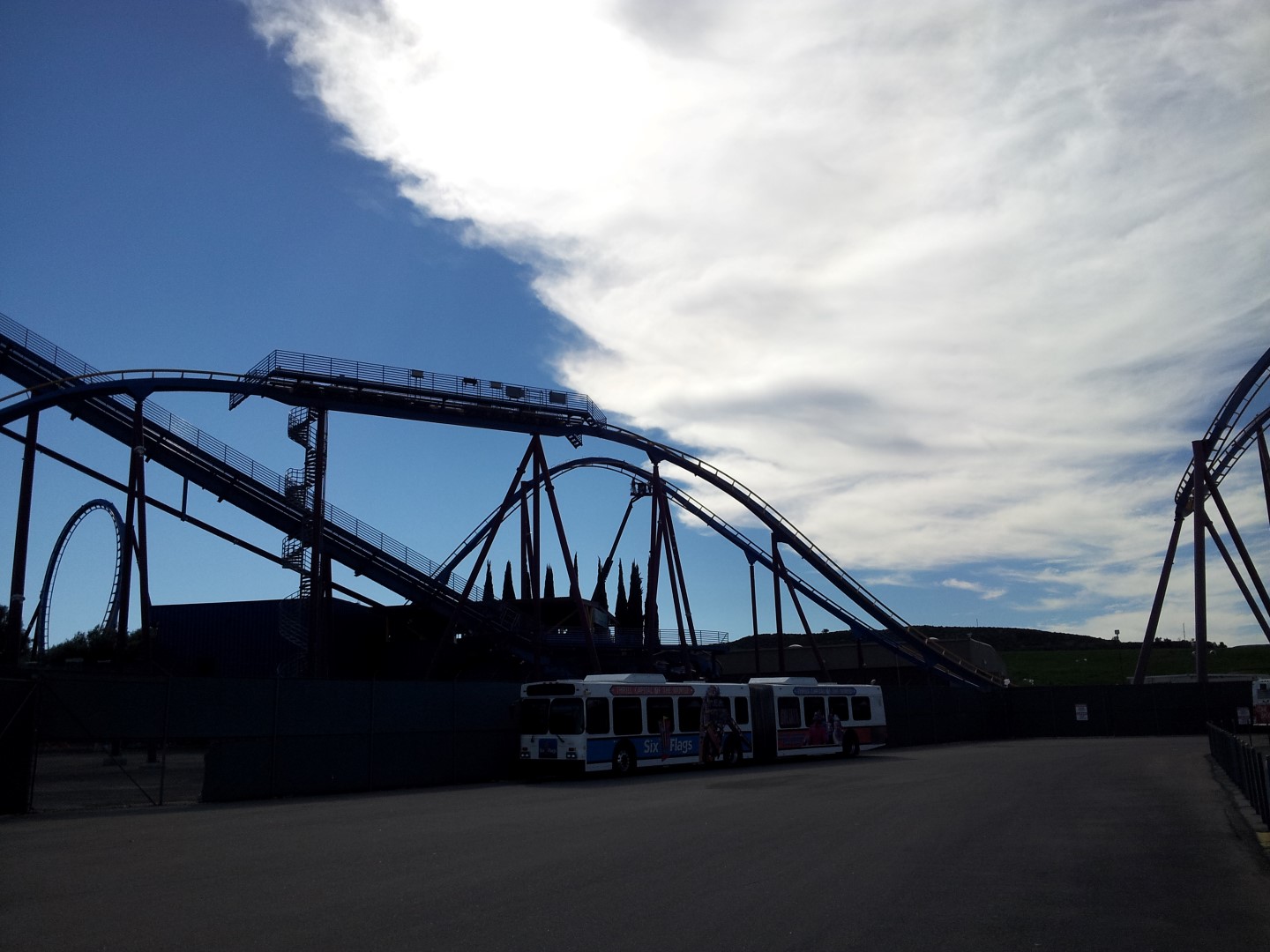 A lot of track has been repainted already. I would say about 80%. Including the interlocking corkscrews of course! 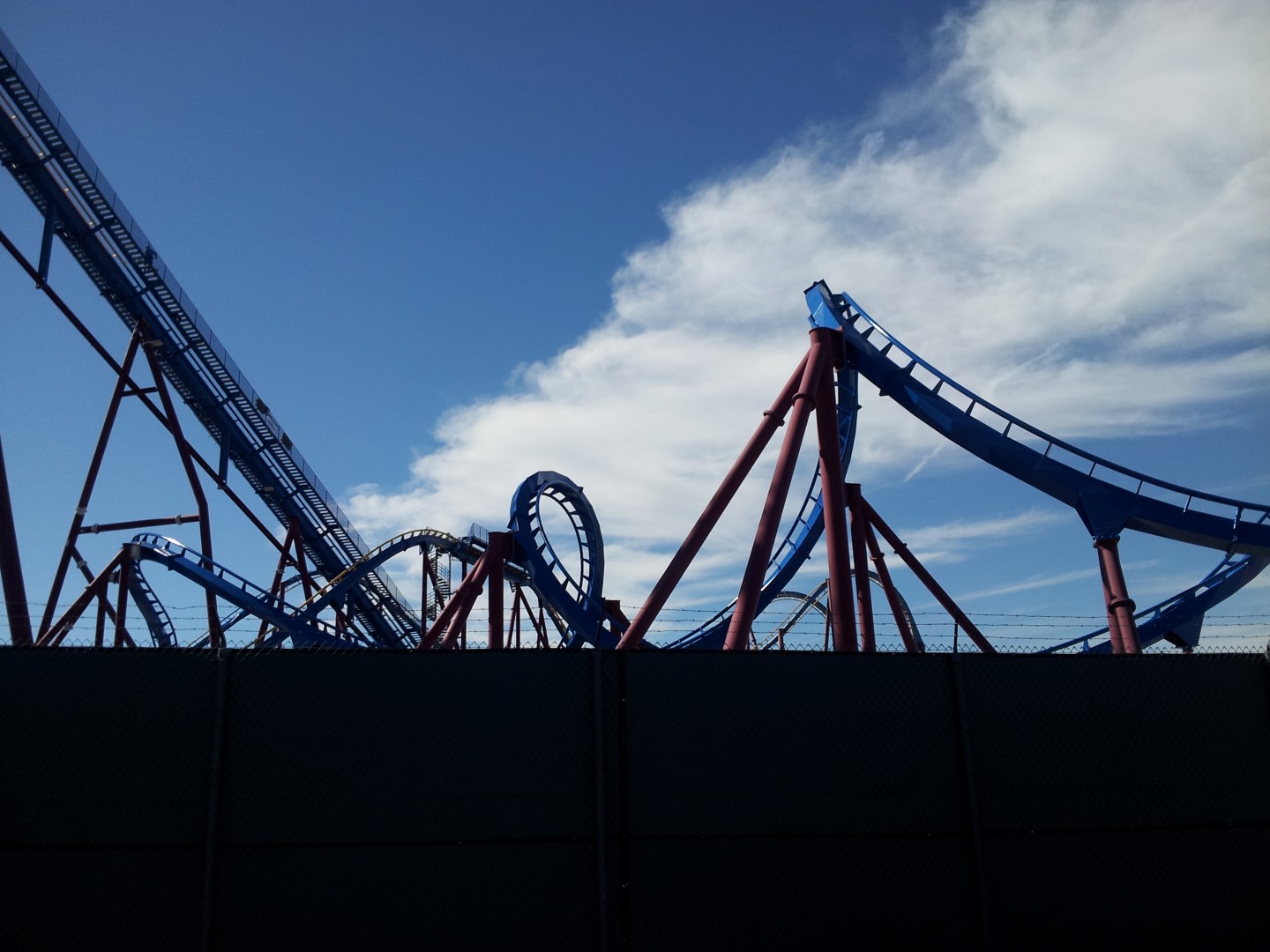 Most of the lift’s track, the drop’s track and the loop’s track have been repainted already. 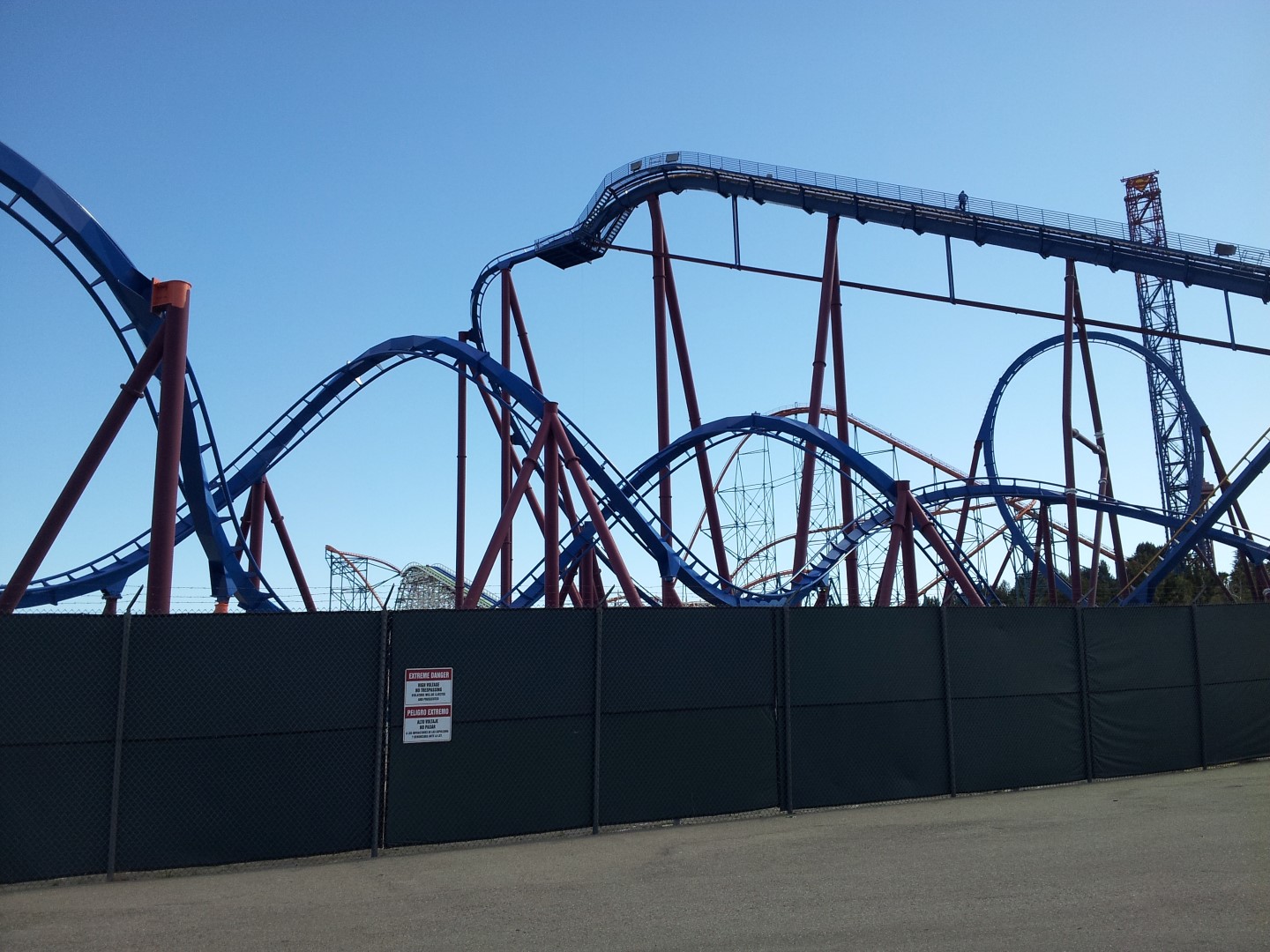 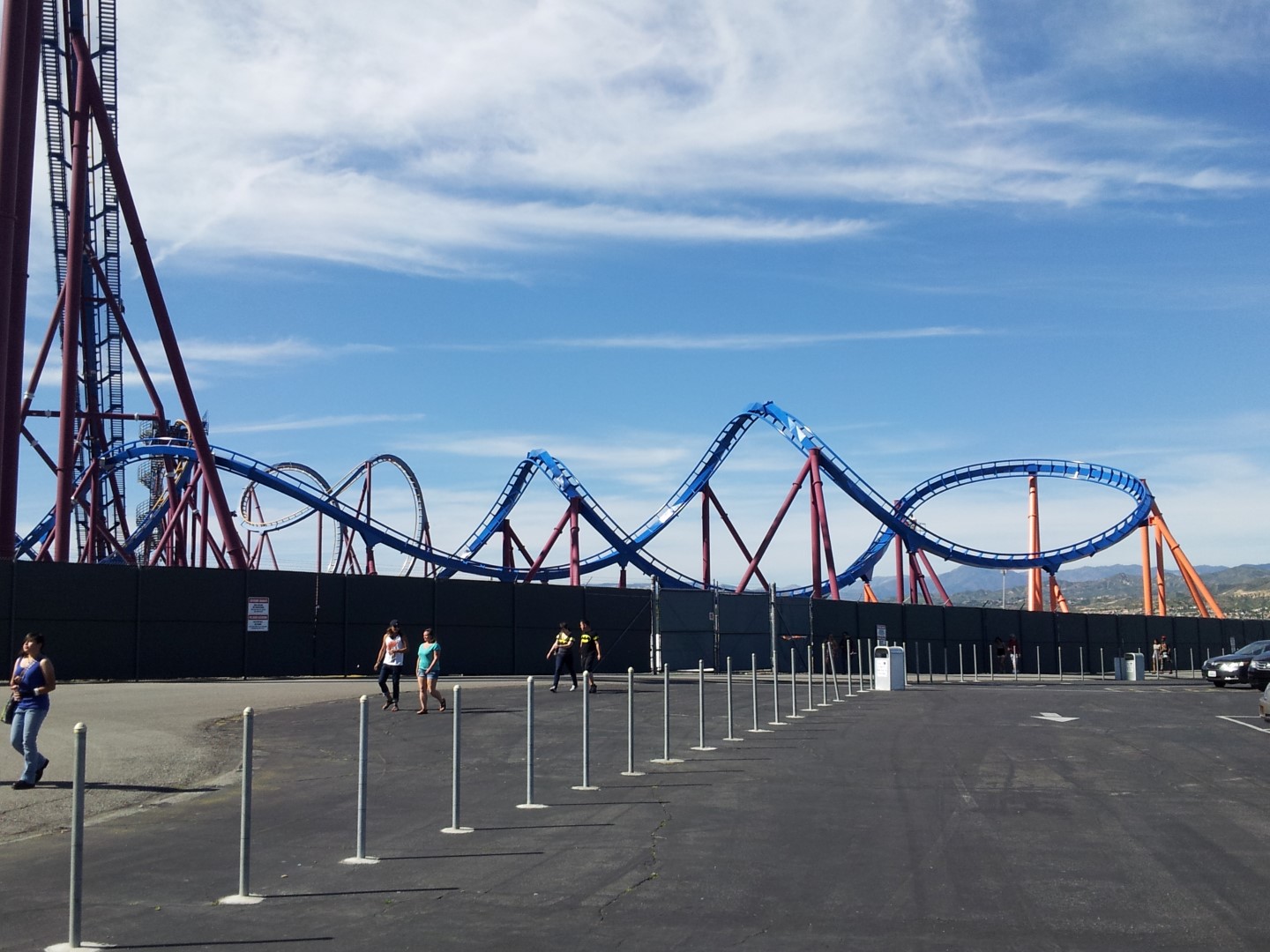 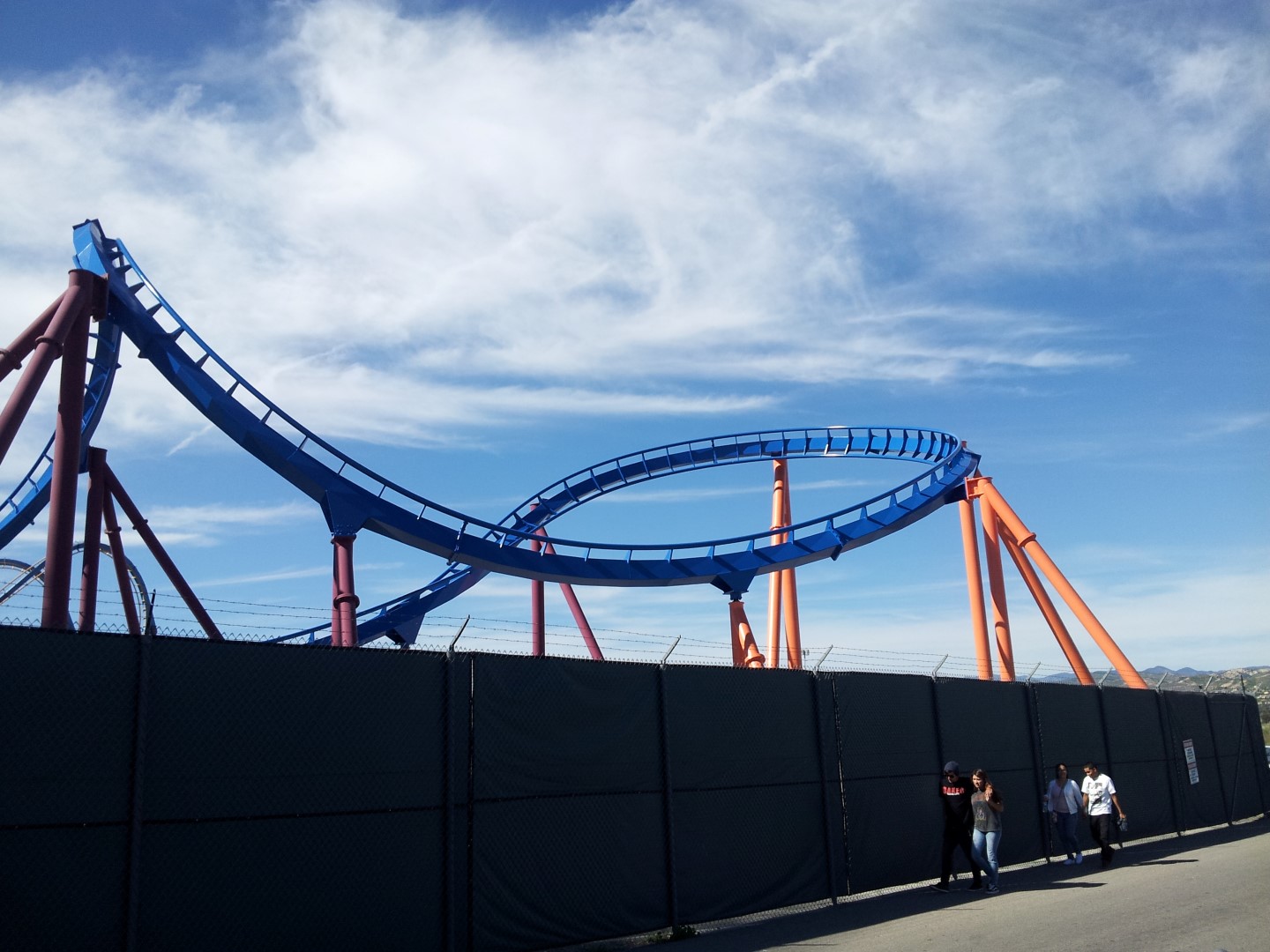 The orange is way lighter than I initially thought I saw for the helix. Maybe they’re going over it again? Maybe it’s more Steam-punk-esque this way… 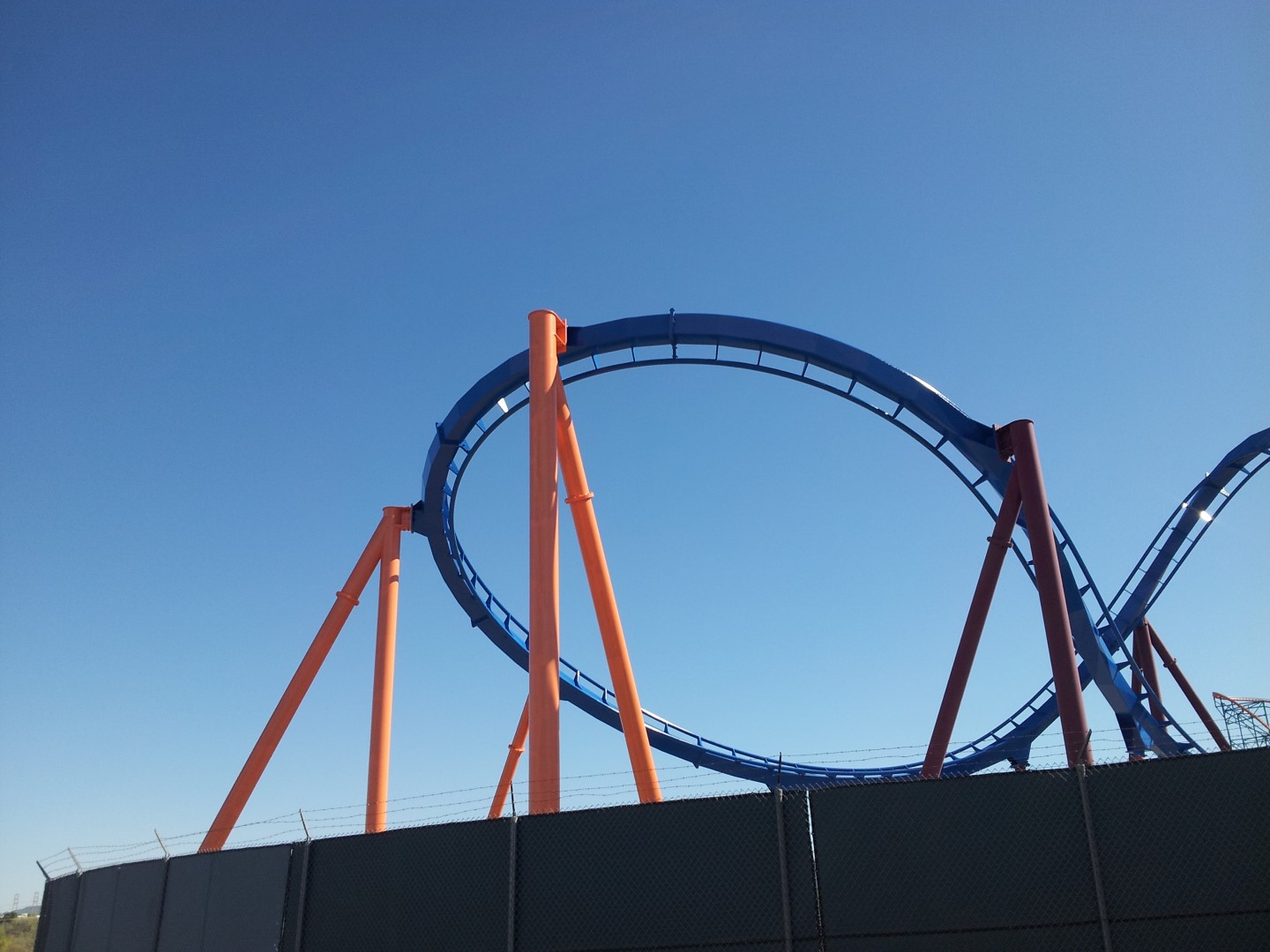 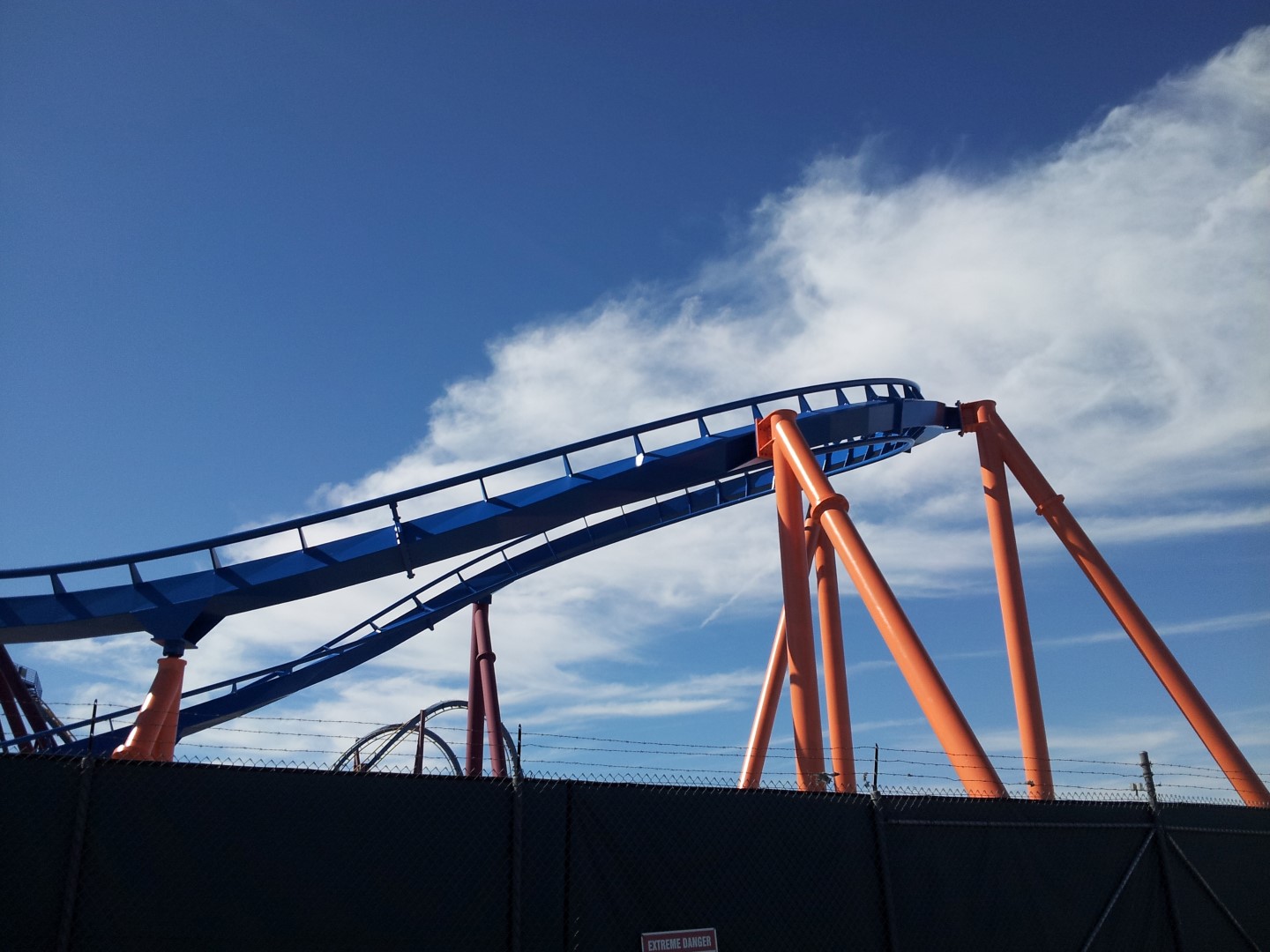 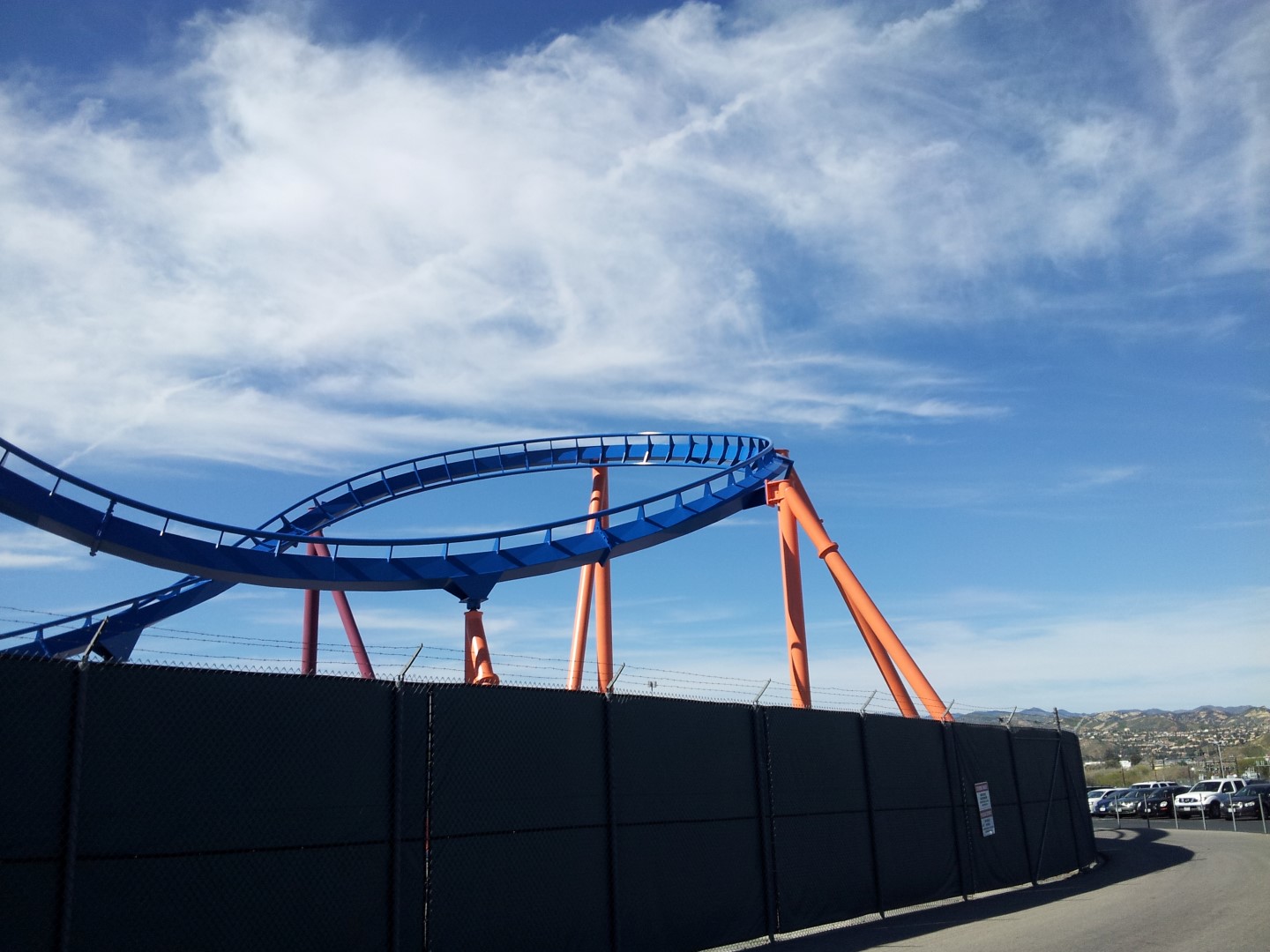 Now I think about it, I kind of like both colors of the supports. But I guess I’m going with the new fresh, bright, orange! 😀 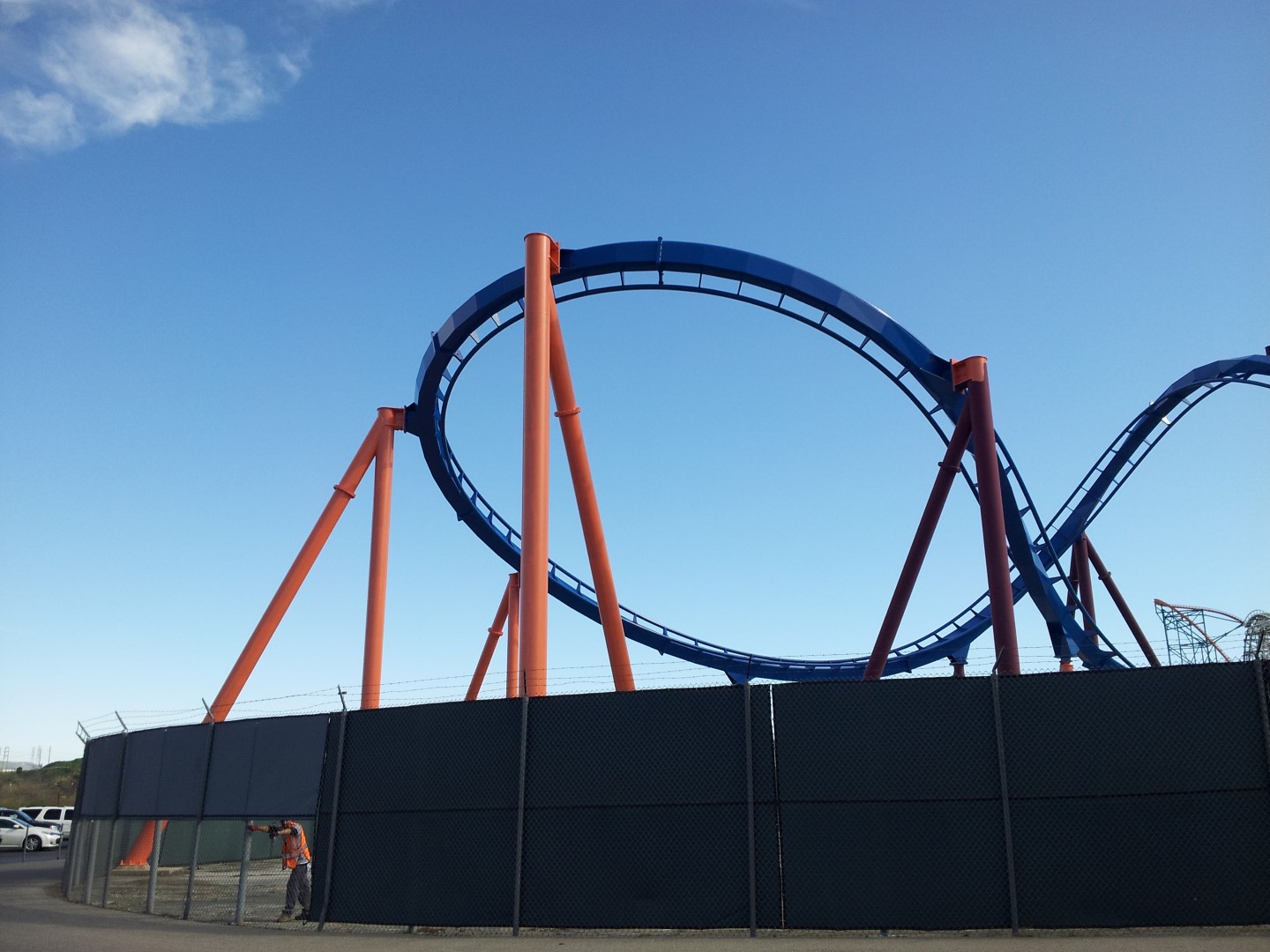 The drop, as I mentioned before has been repainted as well. The track that is. 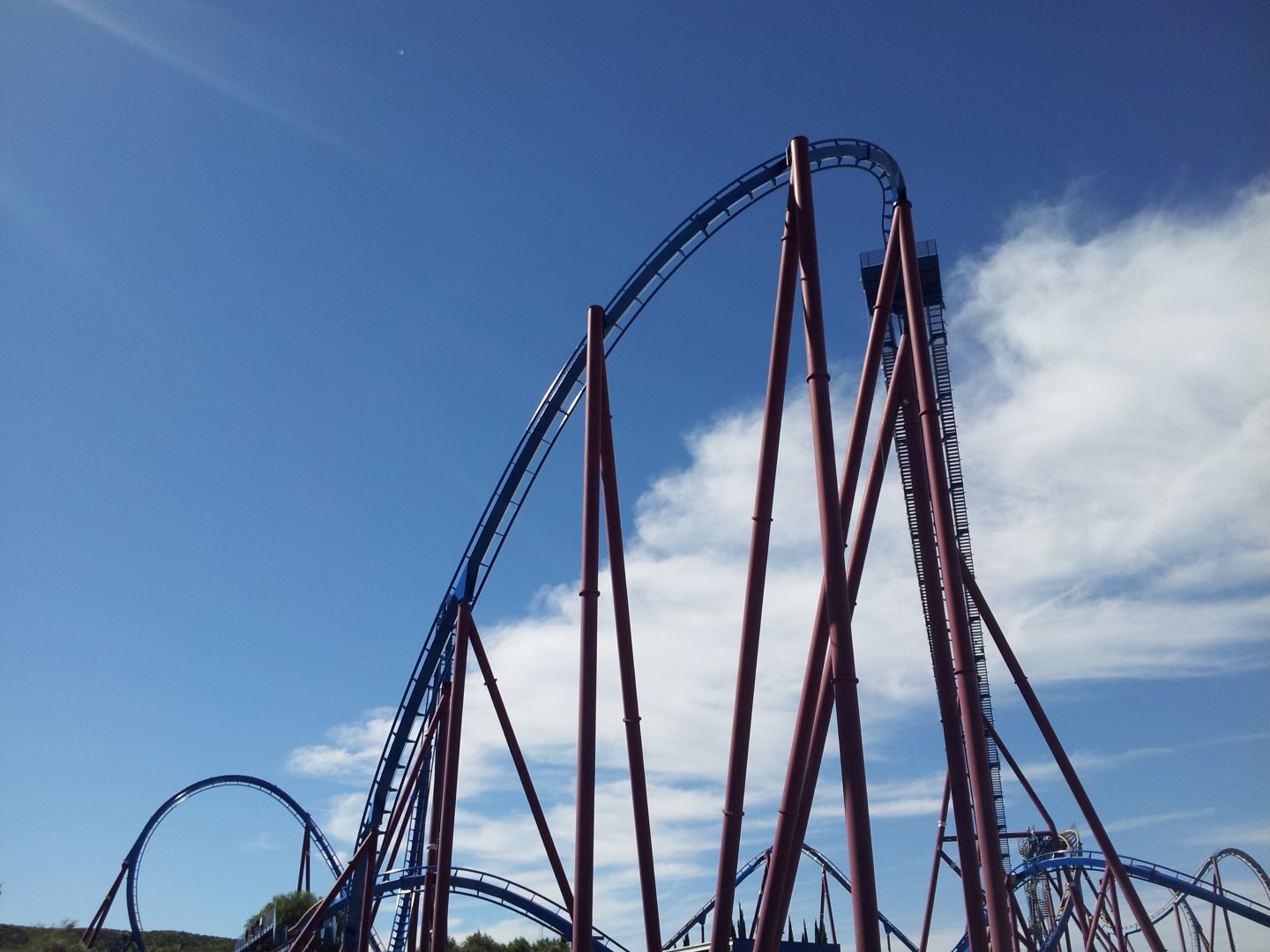 Look at that loop, all shiny repainted in blue! 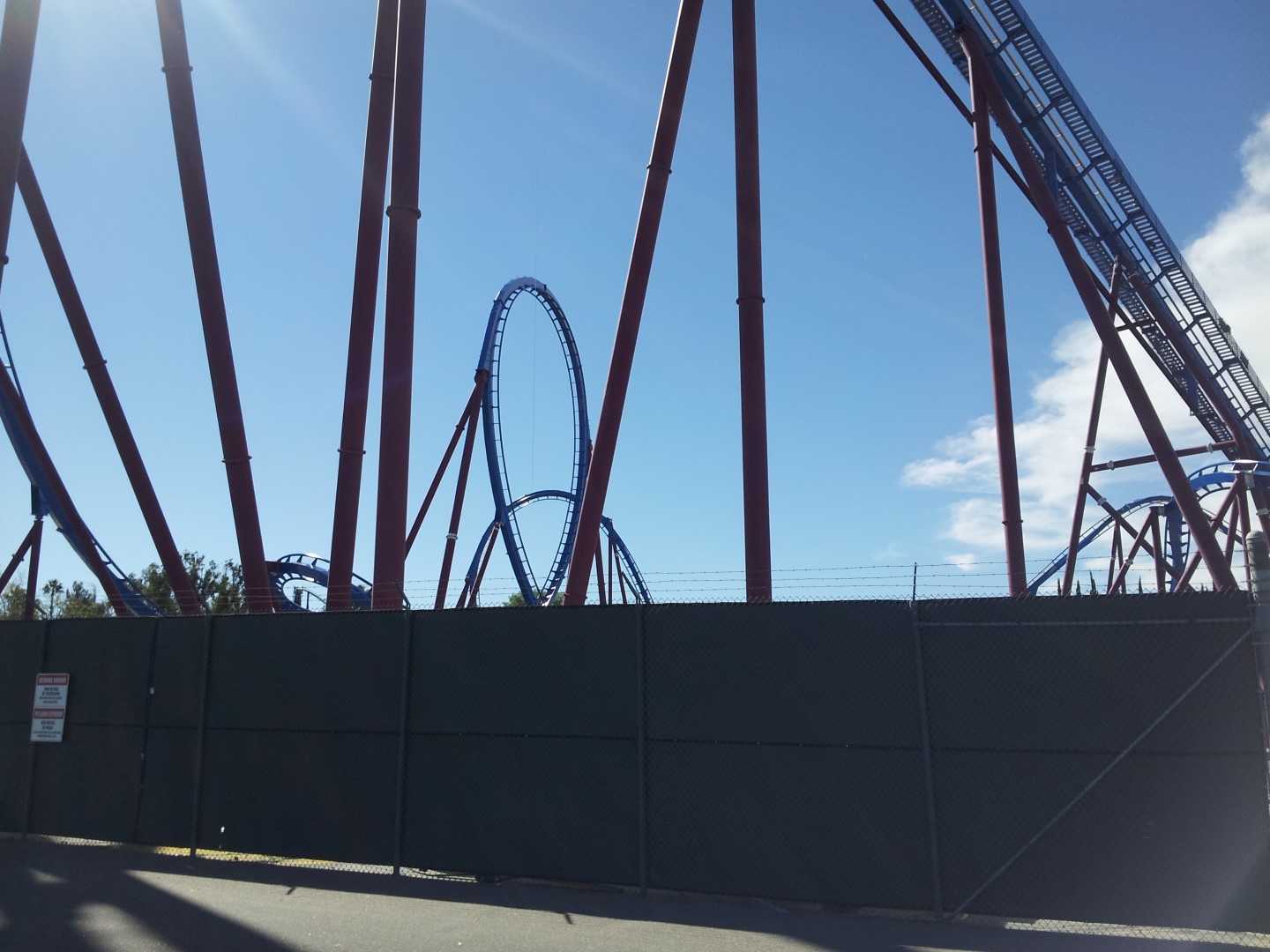 An overall shot of the Scream! repaint on the side where no orange is to be seen. The brake run, parts of the Zero-G-Roll, the valley between the drop and the Reversed Immelman/Dive, and the entire Cobra Roll are left to be repainted. Track wise. 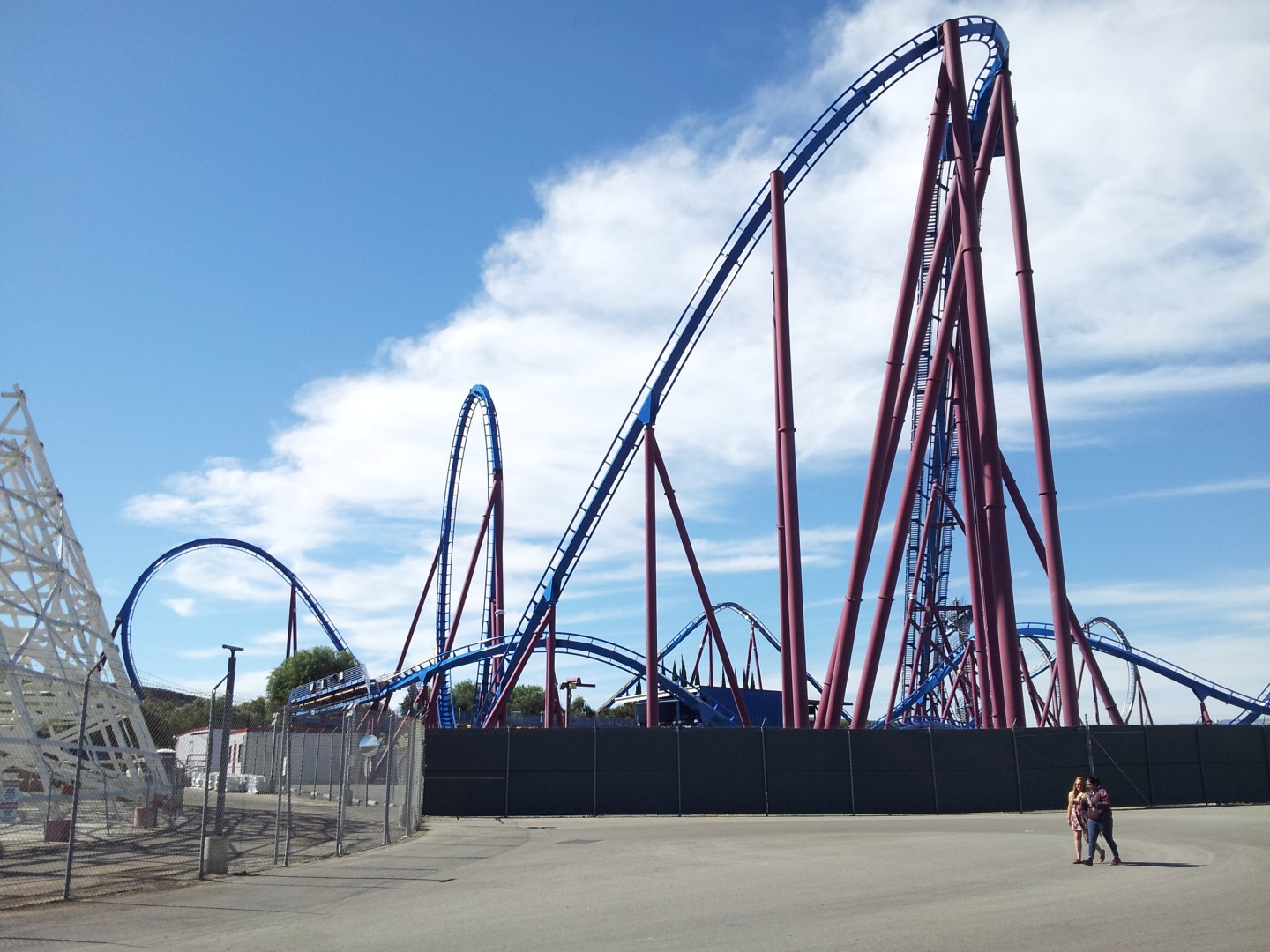 That was it for today! We’ll be back VERY SOON, for more progress, from some awesome new angles. Thanks for checking out this update! Please click here to read our wonderful Six Flags Magic Mountain Update from today to see what else is going on at the park.