We’re back with another exciting TRON Lightcycle / Run Update from Walt Disney World’s Magic Kingdom. In today’s update we’ll touch on some of the rumors and delays expected for this project, as well as the work that is continuing at this time!

While rumors and reports from several sources indicate that both TRON Lightcycle / Run and Guardians of the Galaxy: Cosmic Rewind may be delayed until 2022, ’til Walt Disney World can once again welcome larger crowds of guests, construction does continue at this time at Magic Kingdom. The skyline is starting to shape up.

One of the stories out there explains that the current contract of an outside construction company will lead to most of the infrastructure and buildings to be completed for TRON: Lightcycle / Run. Part of that is making sure its weather proof while Disney waits to pick up the project and add the final touches in time for whenever the ride may actually open. 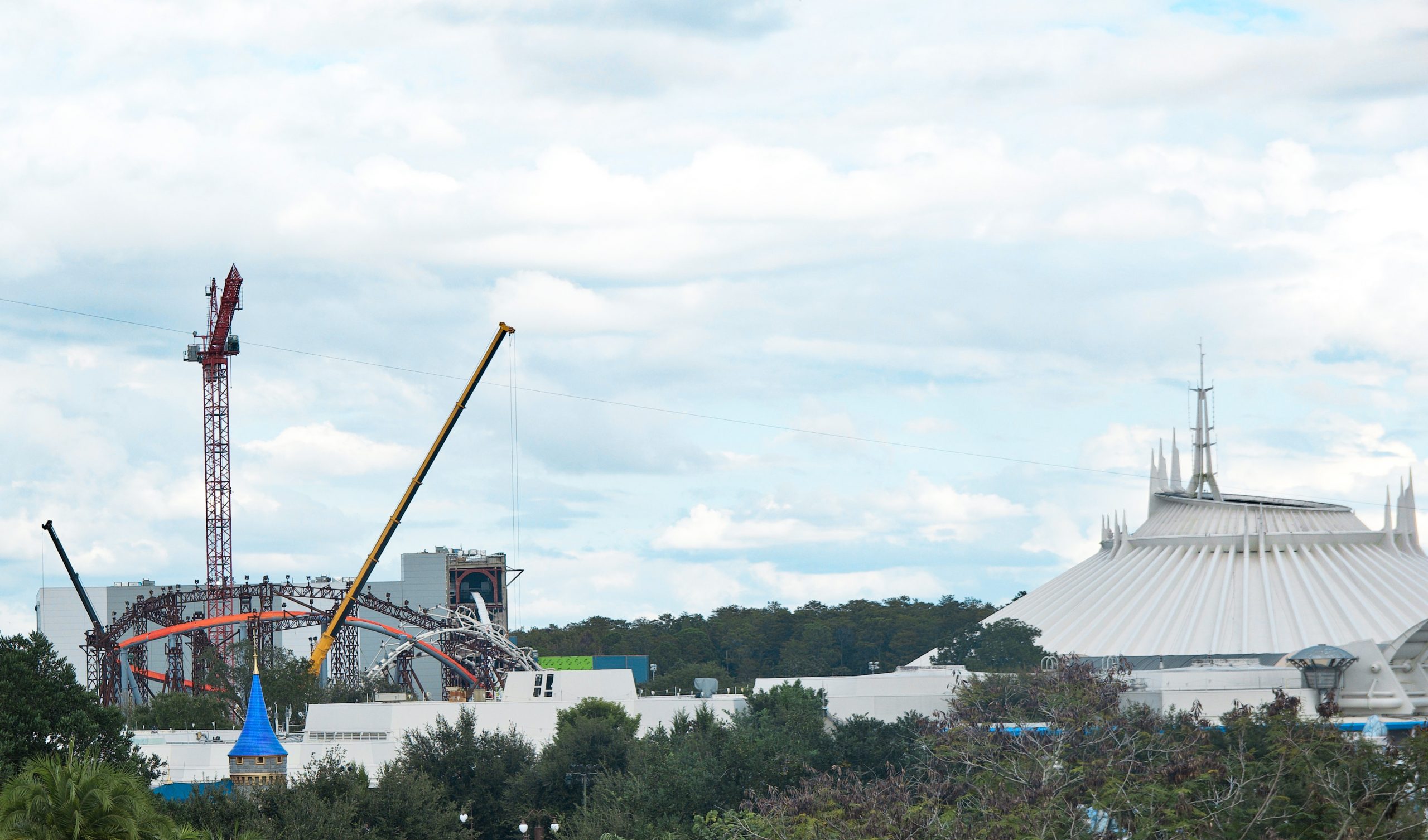 While saddened by the idea of having to wait longer to enjoy this stellar ride, at least construction is moving forward and thus if Disney sees fit to open it just after their 50th anniversary, at least we’re still getting this attraction. – The canopy, the most important exterior construction for sure, is starting to really take shape. 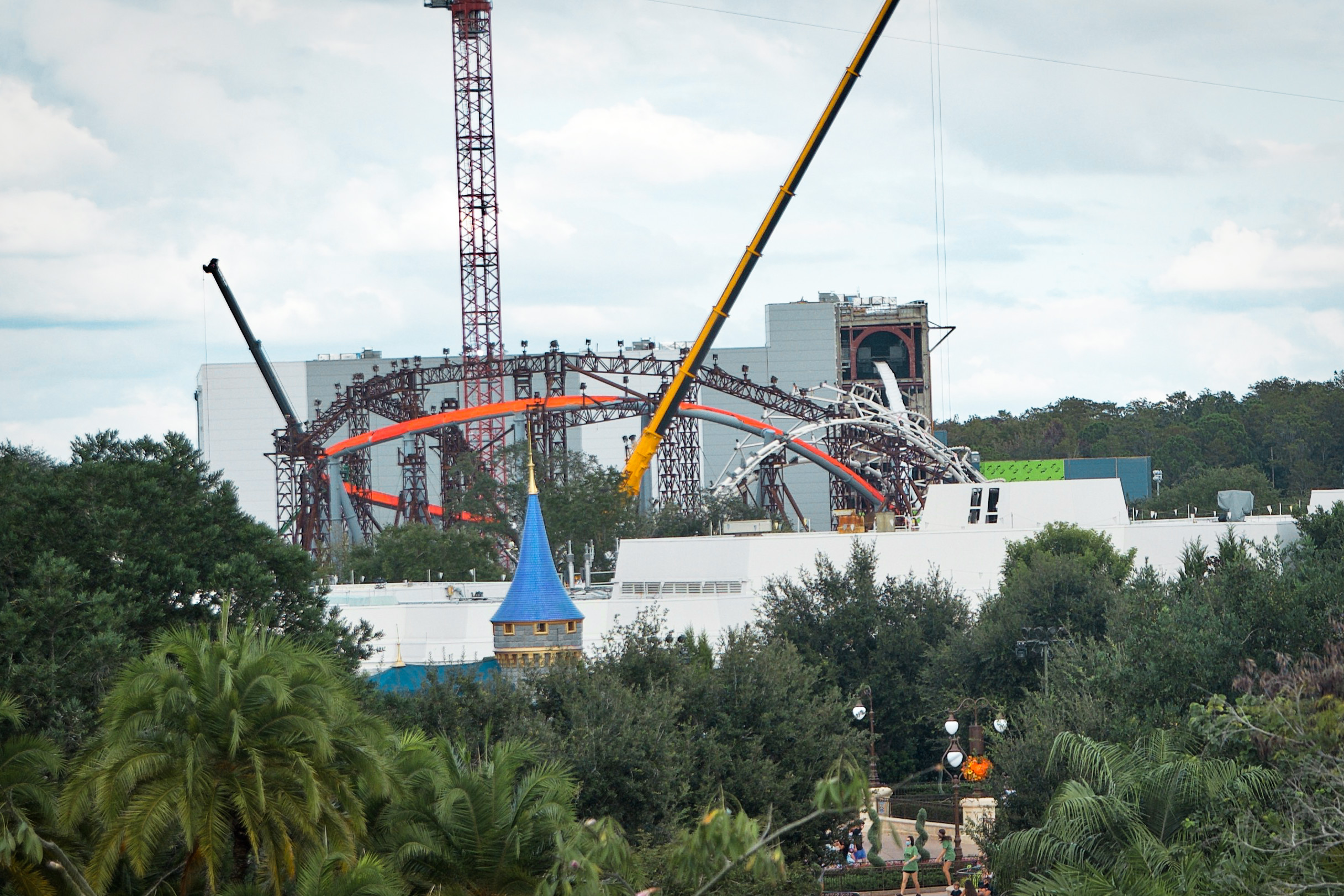 Where the canopy was hard to see if you weren’t looking for it, it is now shaping up to stand tall over Tomorrowland. I would say about half of the “frame” (edges of the canopy) are in place. Which is nice to see. 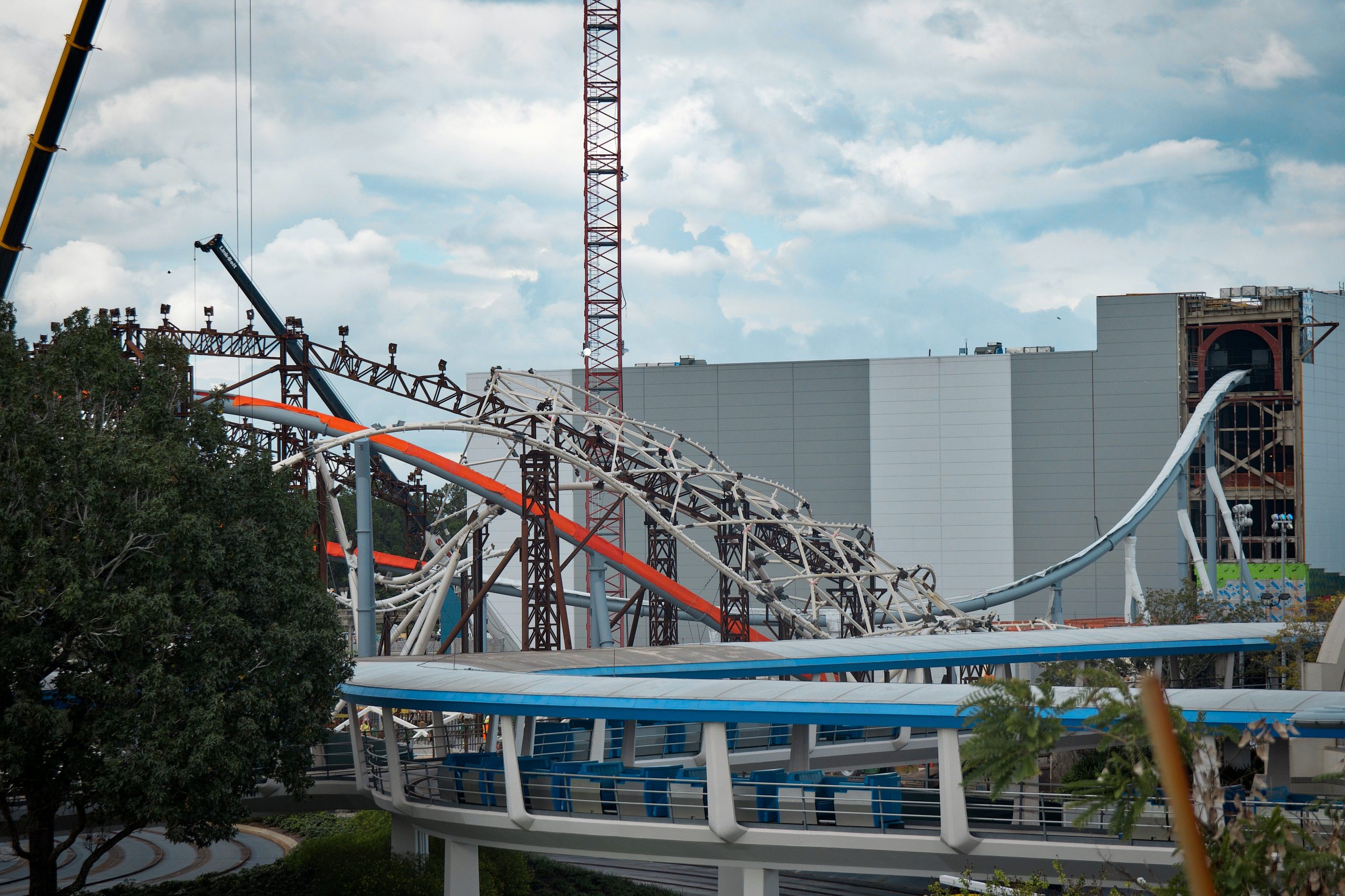 TRON Lightcycle / Run is not the only ride standing still in Tomorrowland, the Peoplemover is not expected to resume operations ’til late this year or 2021. 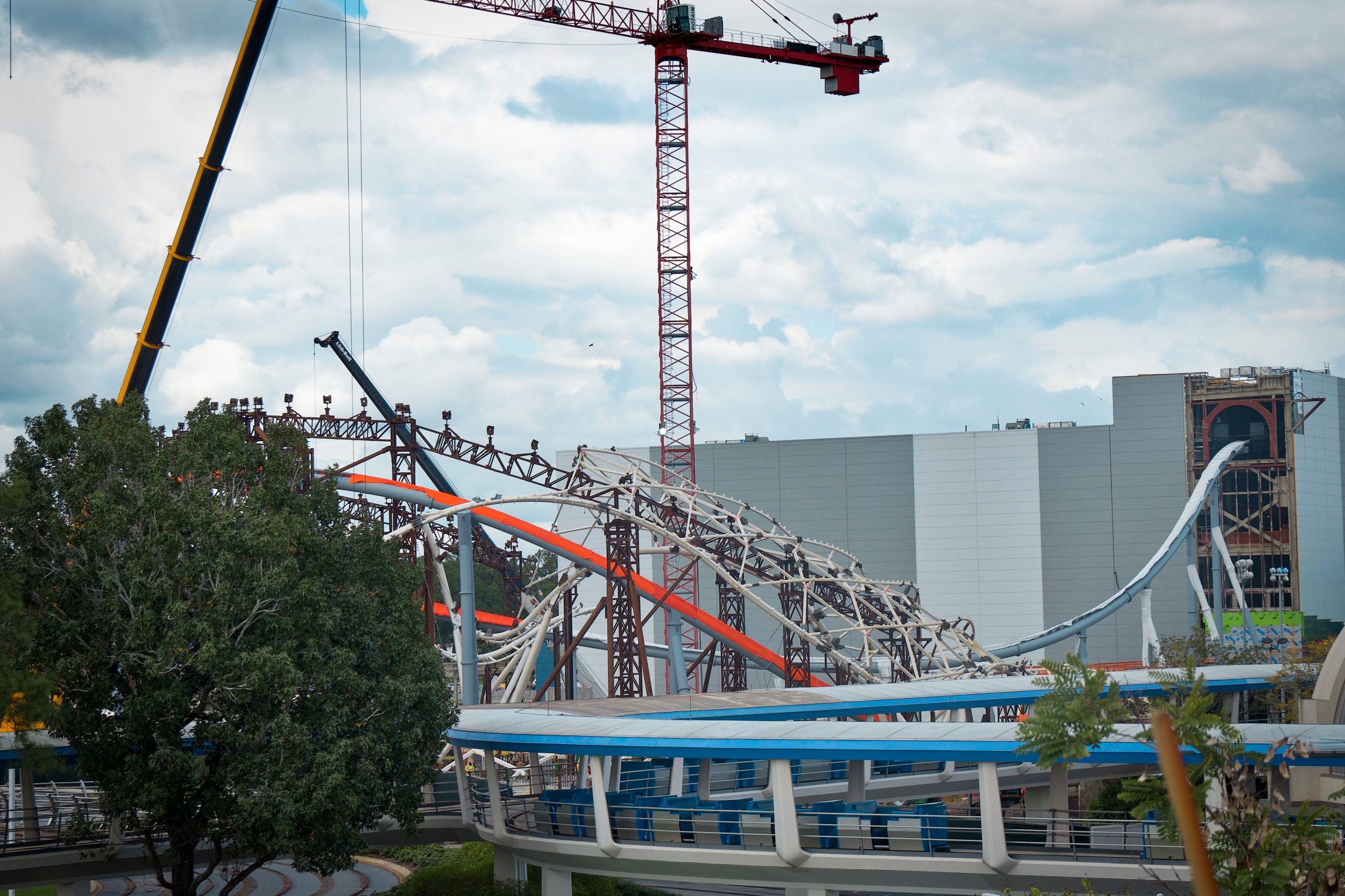 Even from the Monorail the canopy now welcomes guests as they travel to the Magic Kingdom. 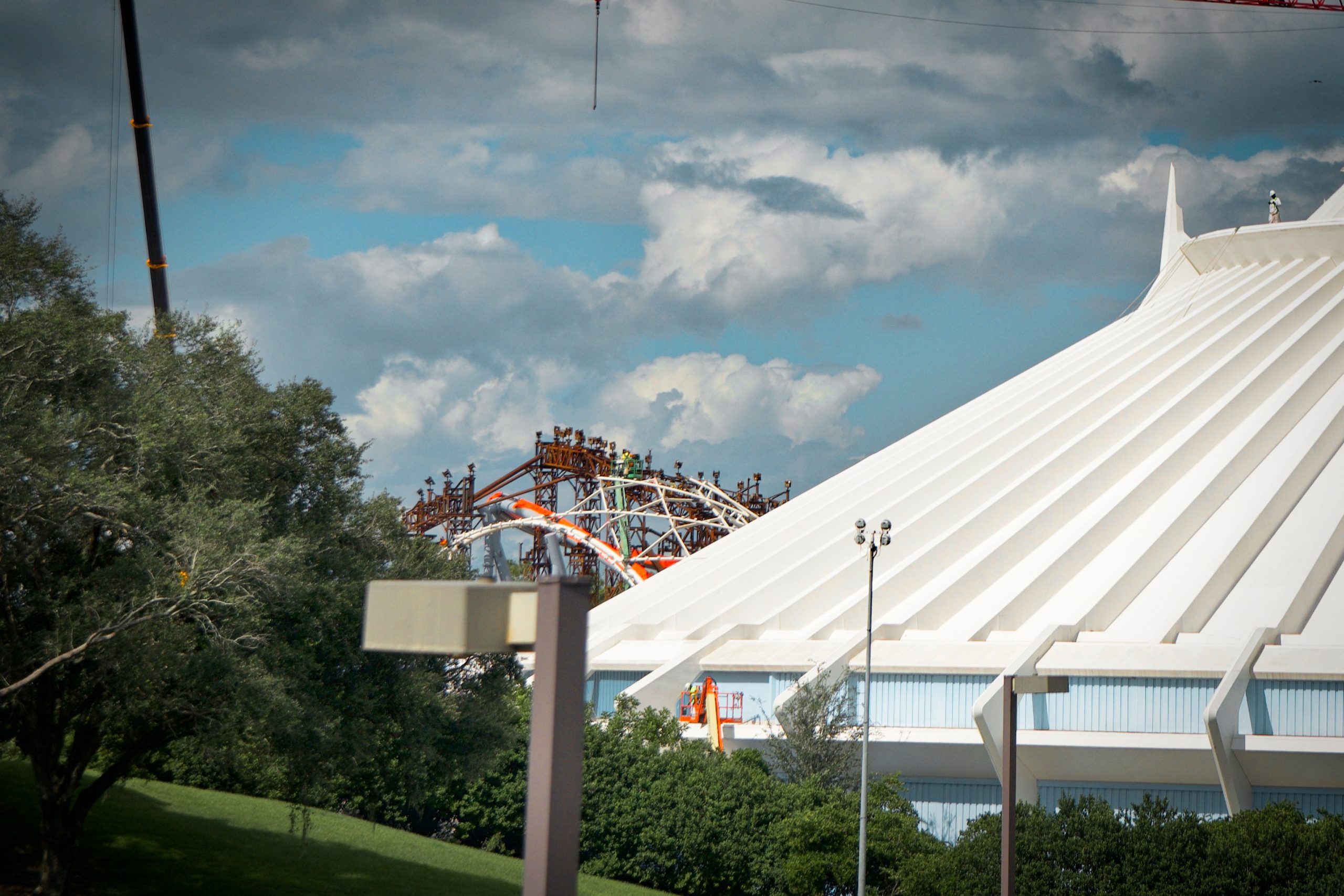 The fronts of the ride’s show building (predominantly the entrance and exit) had yet to be enclosed. However, that is now the case. The entrance to the ride is sticking out from the building. 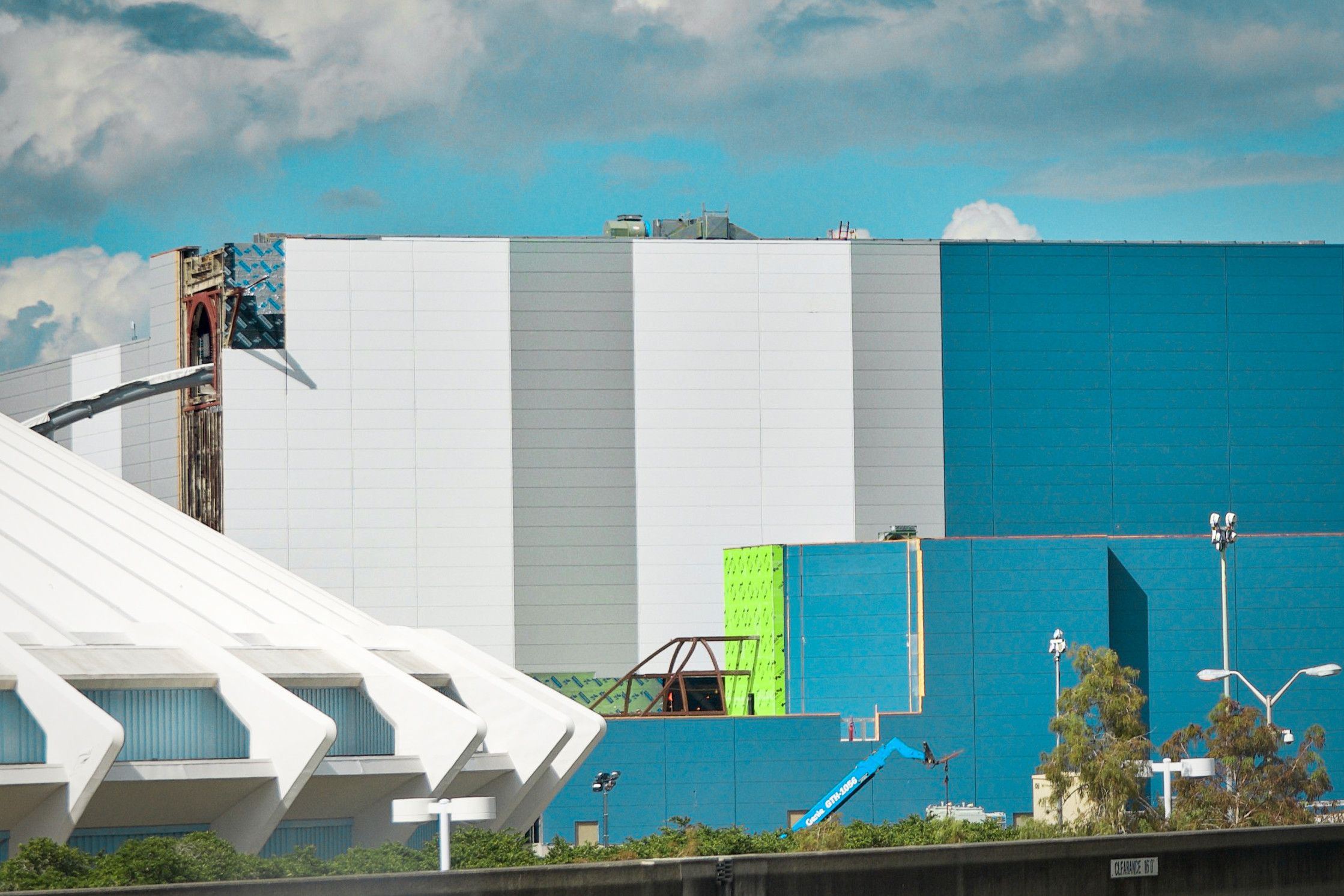 Though the outline of the canopy is already well underway, expect the top of the canopy to go up in the next few days as pieces have already been staged all along the ride’s big turn-around.

This turnaround is now covered in orange protective coverings, as to not damage the tracks when placing the next pieces in place. After canopy is complete, I do expect the majority of the exterior track to be wrapped in white plastic for the duration that the ride will not be worked on. 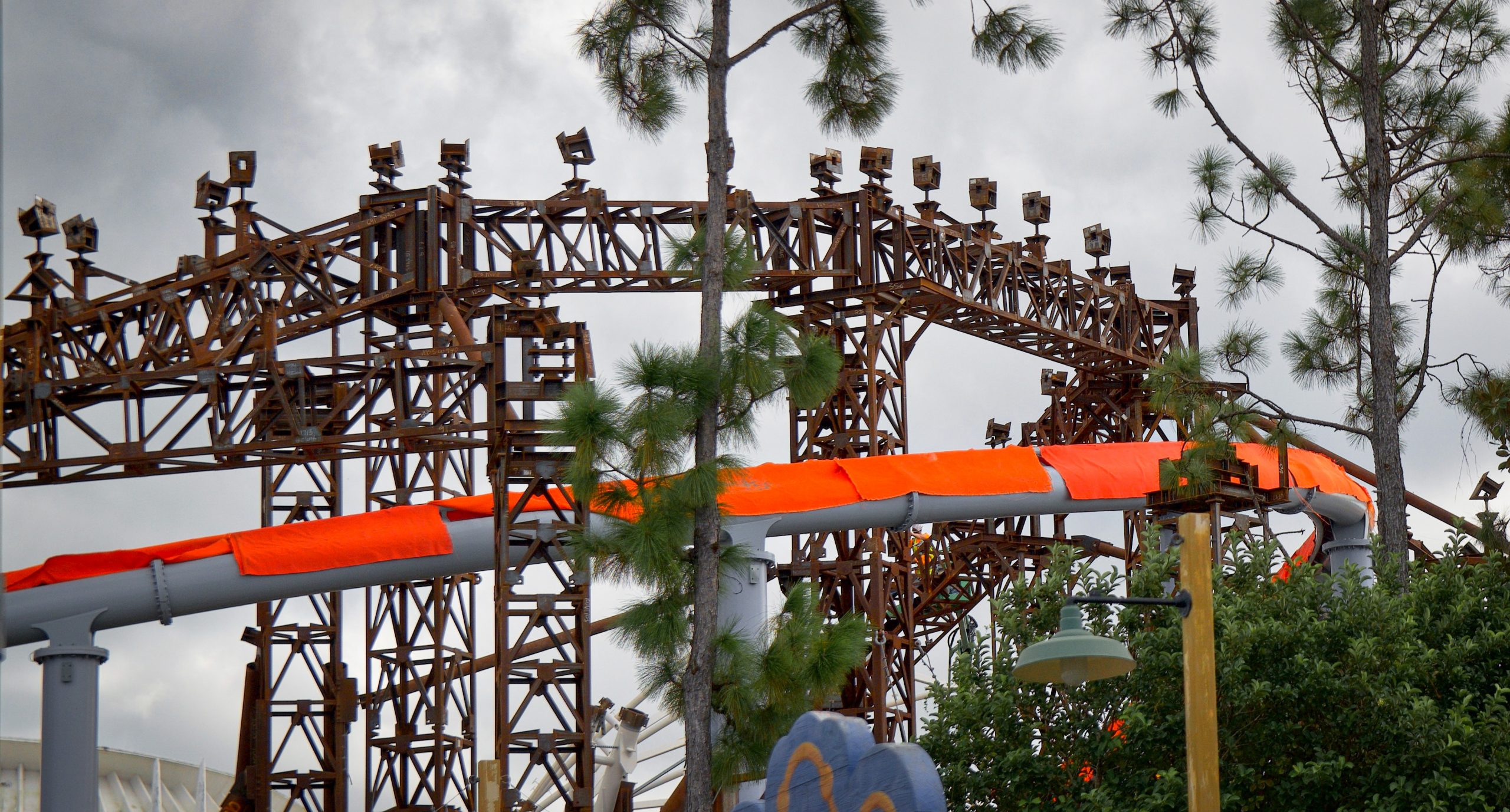 The track now looks very orange because of the track covers. Below you can see some more of that, as well as the general shape of the canopy forming. 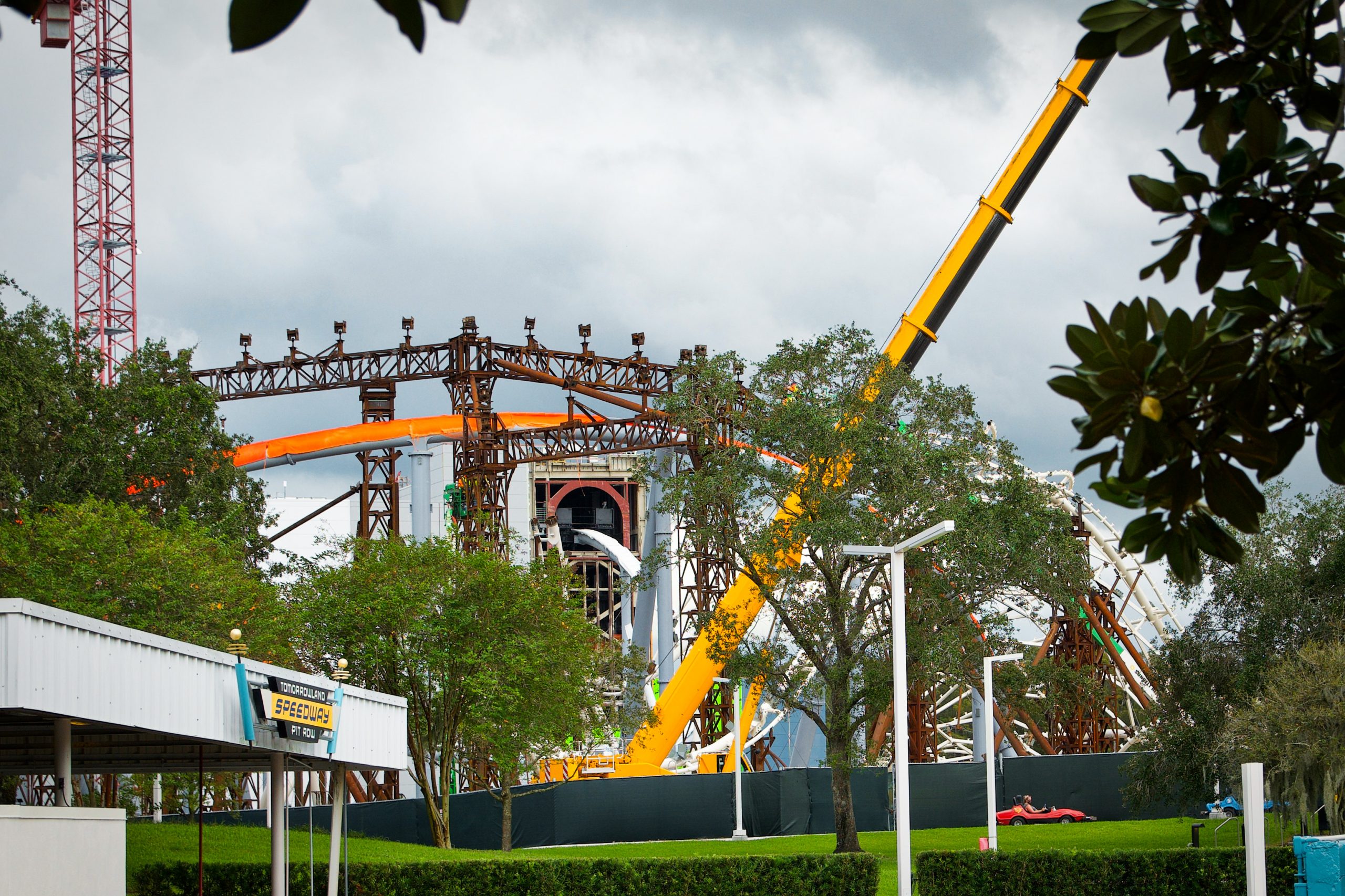 Visit PAGE 2 for an up close look at the canopy construction, ride exit, tracks, and even the launch!