A quick trip to Magic Kingdom was even shorter than we anticipated due to the larger crowds. With one side of Space Mountain down, we ended up waiting over an hour and decided to just get some TRON shots and leave. Enjoy this quick TRON/ Magic Kingdom update:

Walt Disney World certainly has been quite relaxing over the past few weeks/months. Just last week we walked onto the majority of rides at Magic Kingdom without waiting. Today however, it was certainly busier. The majority of E-tickets were touching 60-minute marks for queue times, and we have had plenty of Magic Kingdom recently. 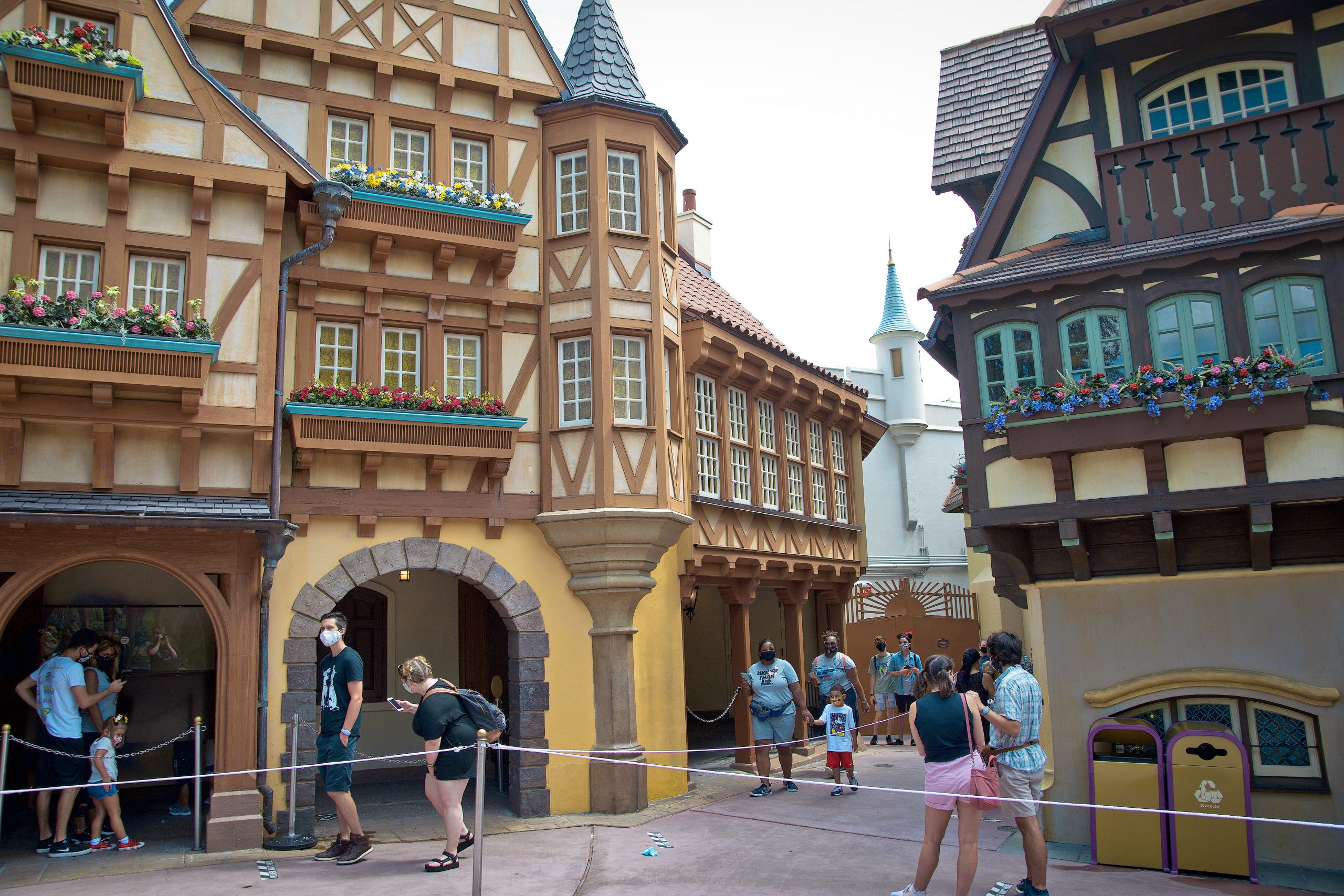 Those that know us, know that we would rarely wait for some of the rides in this park, which is why prior to COVID-19 lowering crowd levels, we were not often to be found at Magic Kingdom. 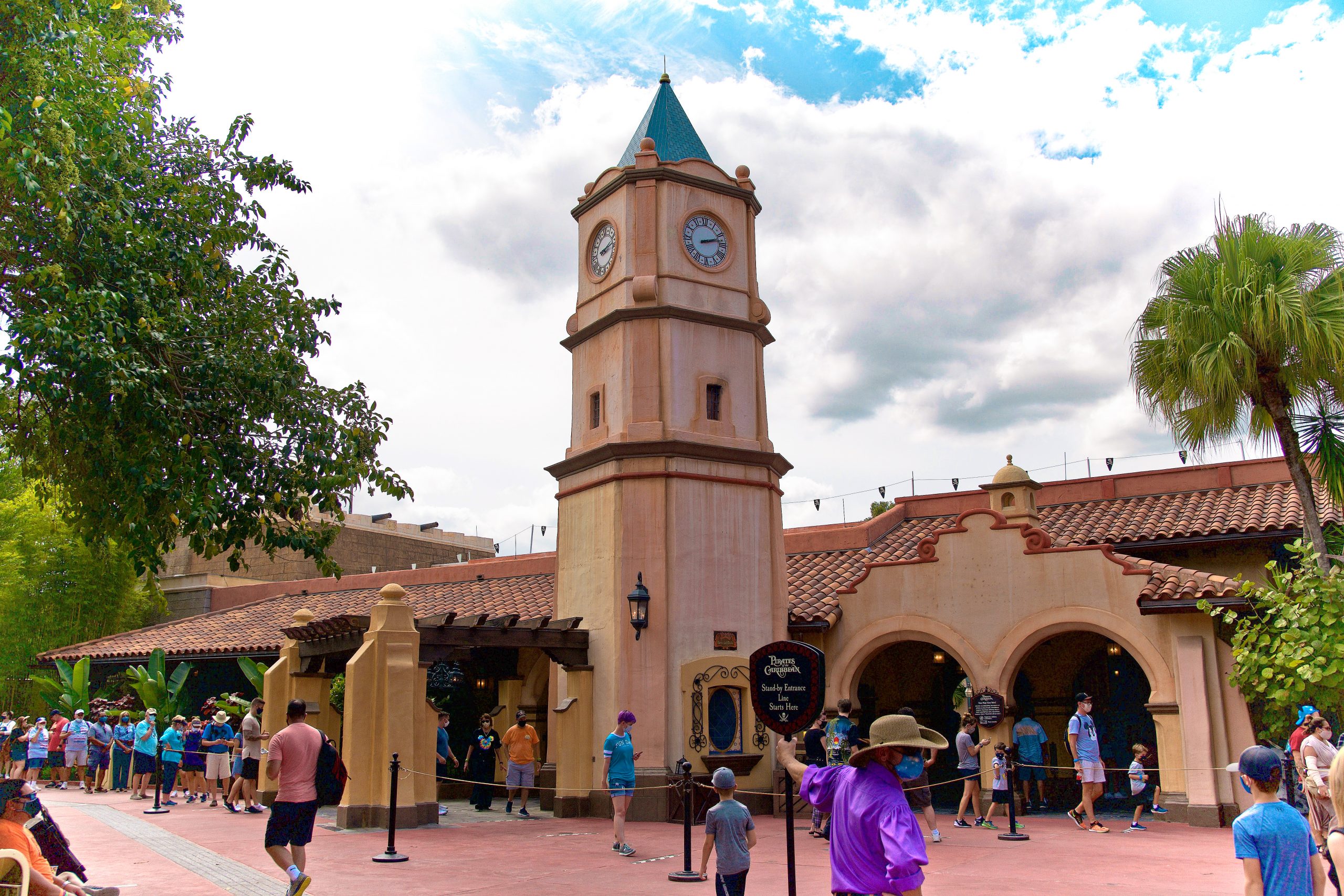 Once this massive Vekoma coaster in the back is completed, however, that will change. Let’s take a look at this TRON Lightcycle / Run construction! 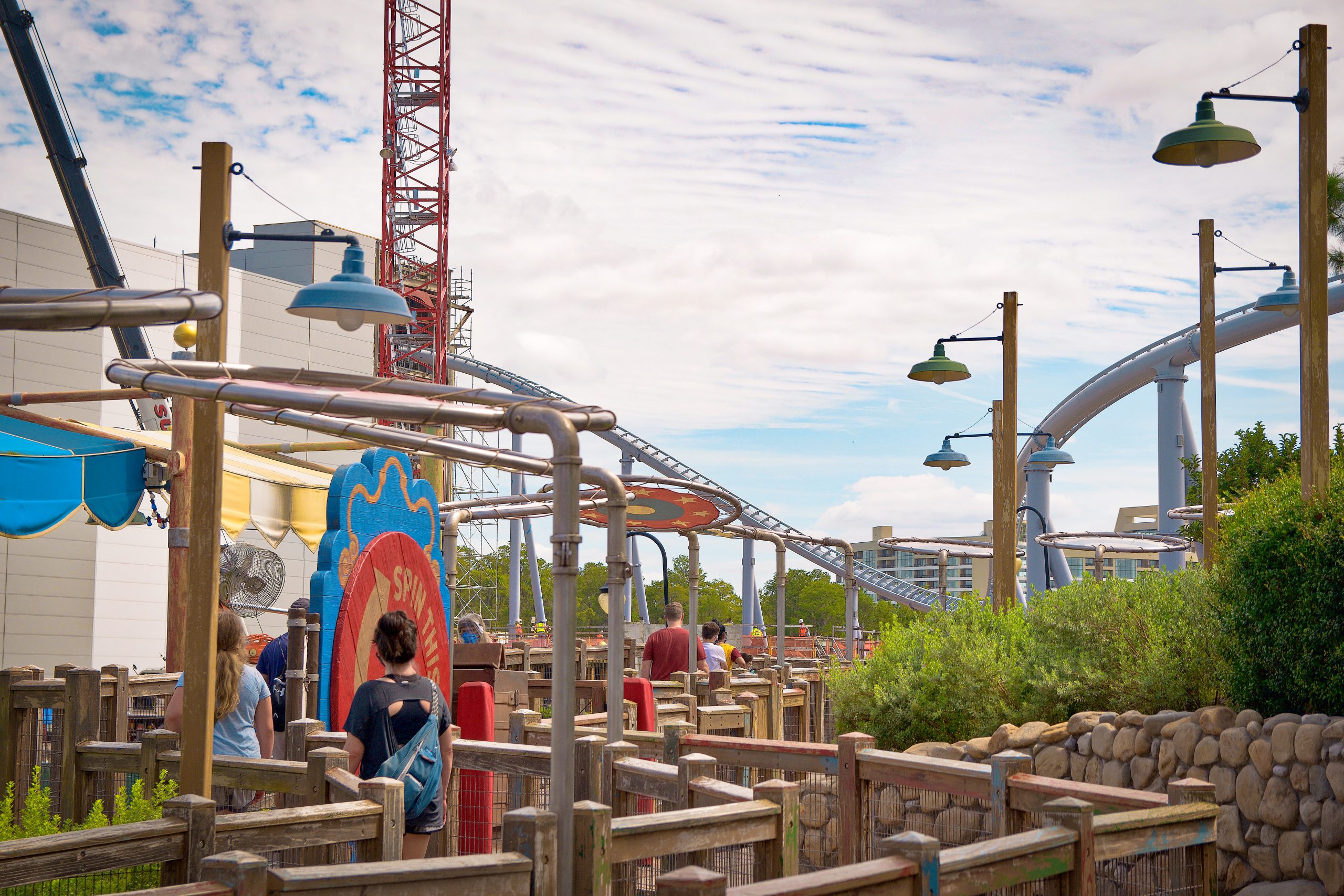 The beginning of the canopy took a while to go up, however, we’re seeing an increased speed at which the canopy is going vertical. The temporary brown structure is slowly increasing as more and more pieces of the canopy are added. 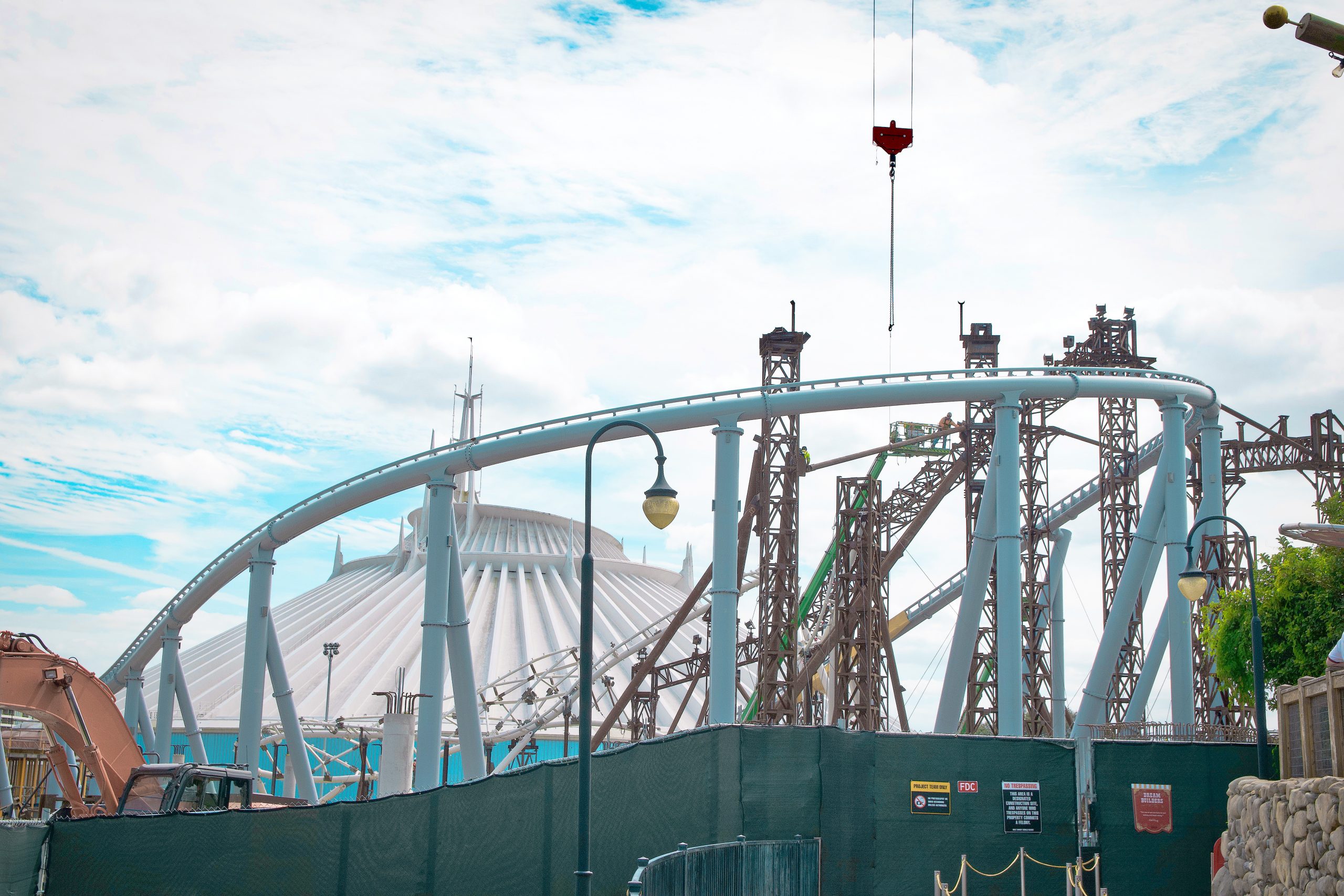 Since our update last week, about double the amount of the canopy has been added. It may be a bit challenging to see. 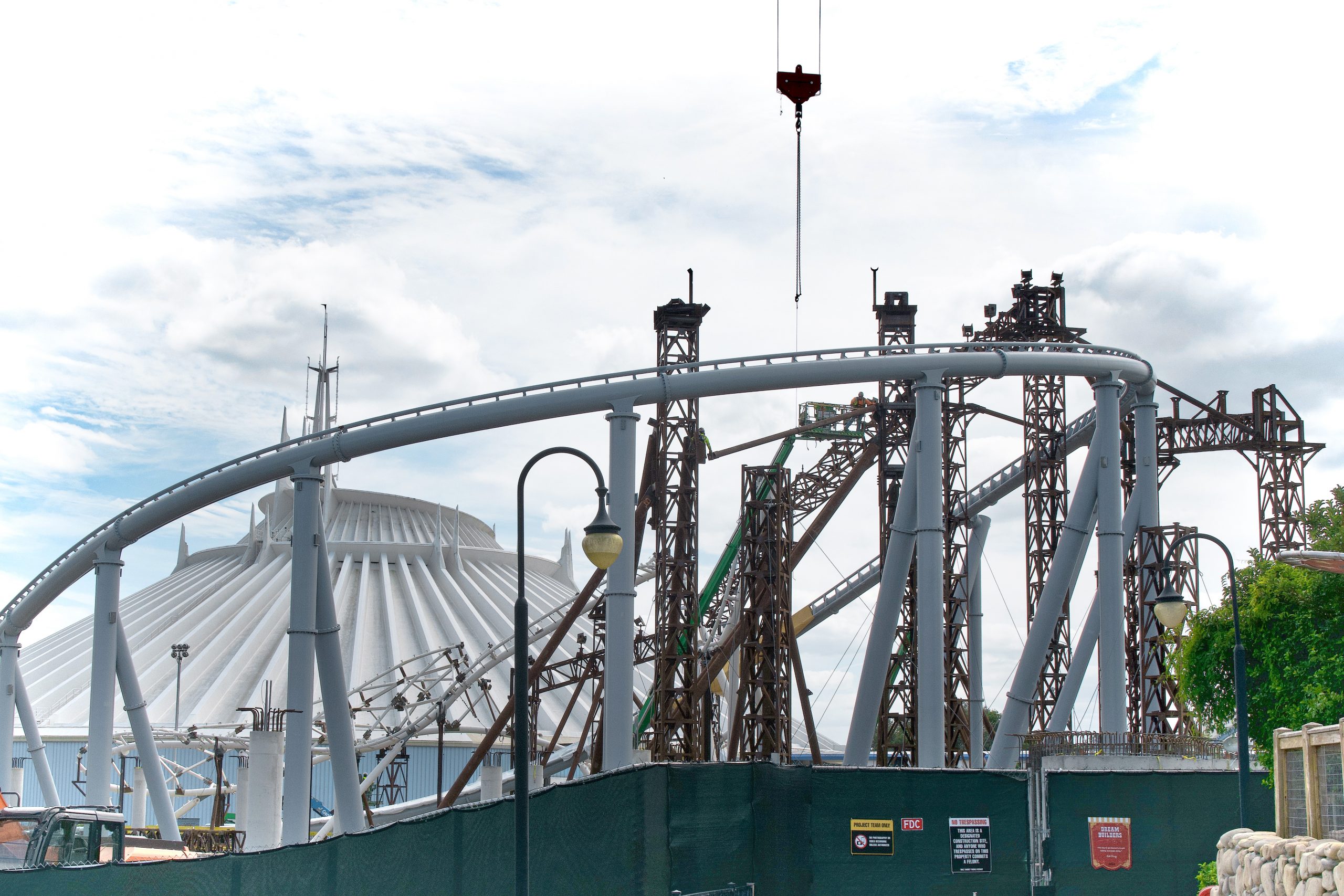 The side of the banked turn is currently getting prepared for the top of the canopy to be added. 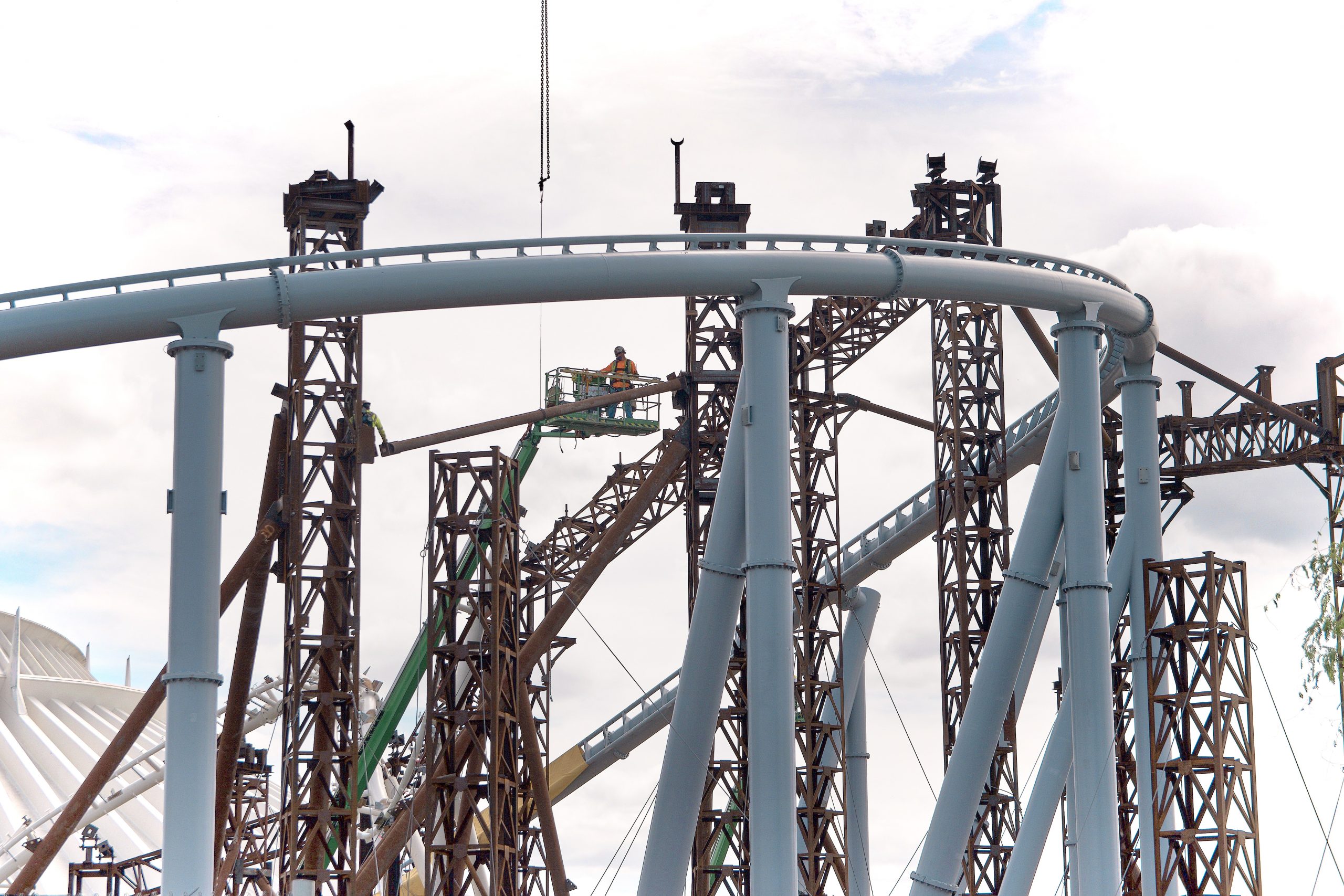 Lots and lots of pieces are currently being assembled to be lifted into place. 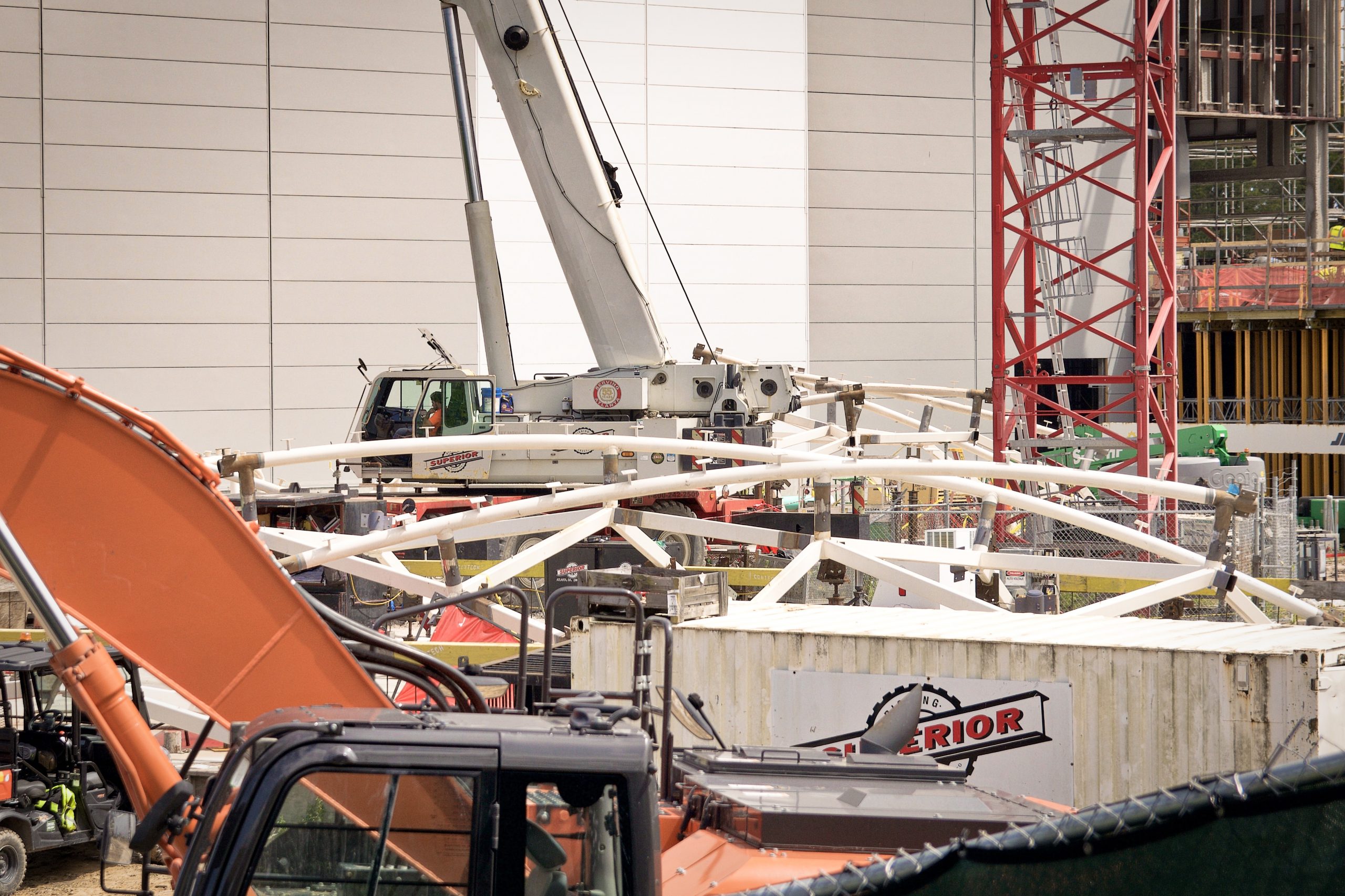 Though there’s still quite some work to be done on the exterior and for the entrance of the ride, we presume work continues inside the showbuilding to bring the grid to life. 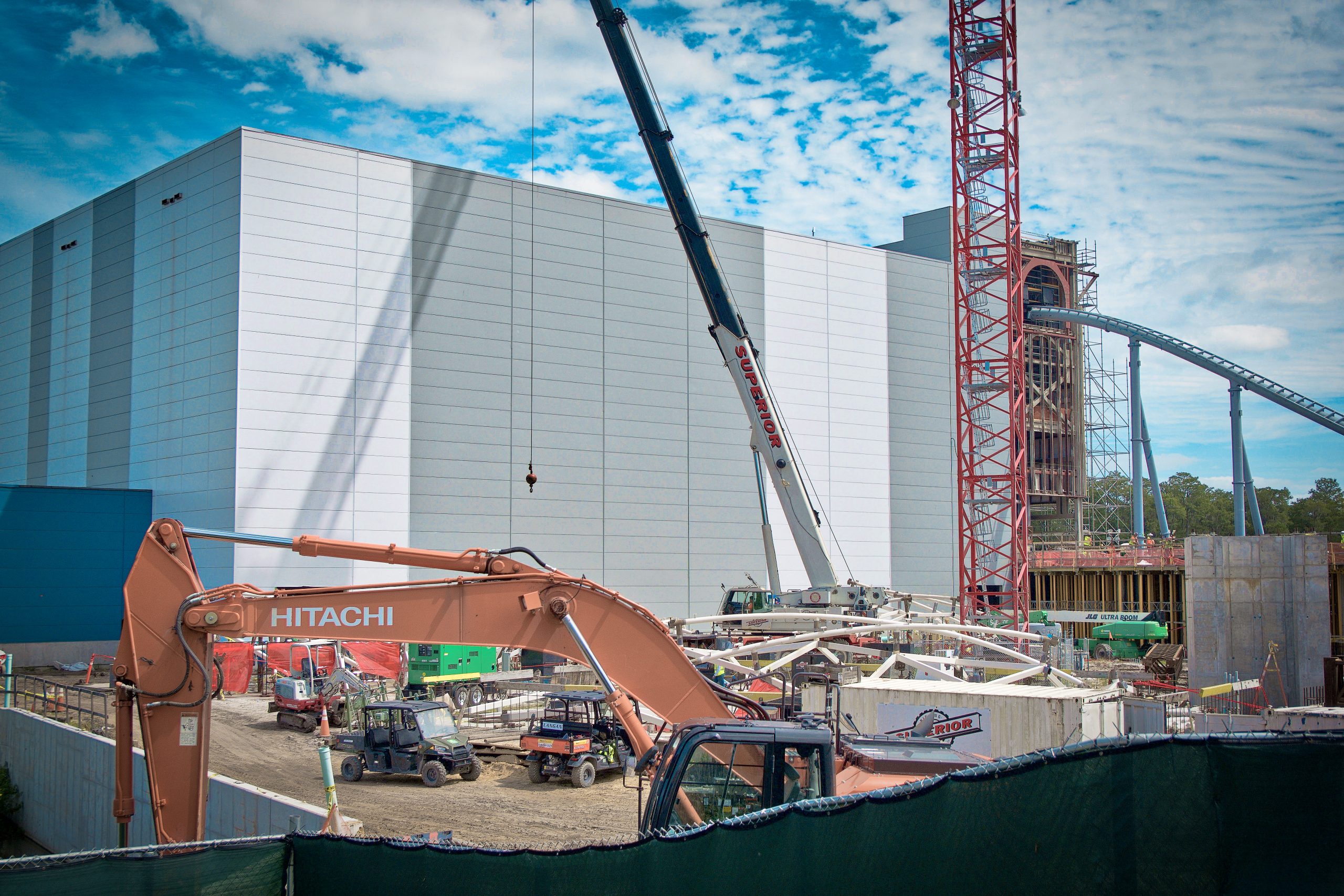 Behind the field of canopy pieces is where the entrance and exit of the ride will be located. 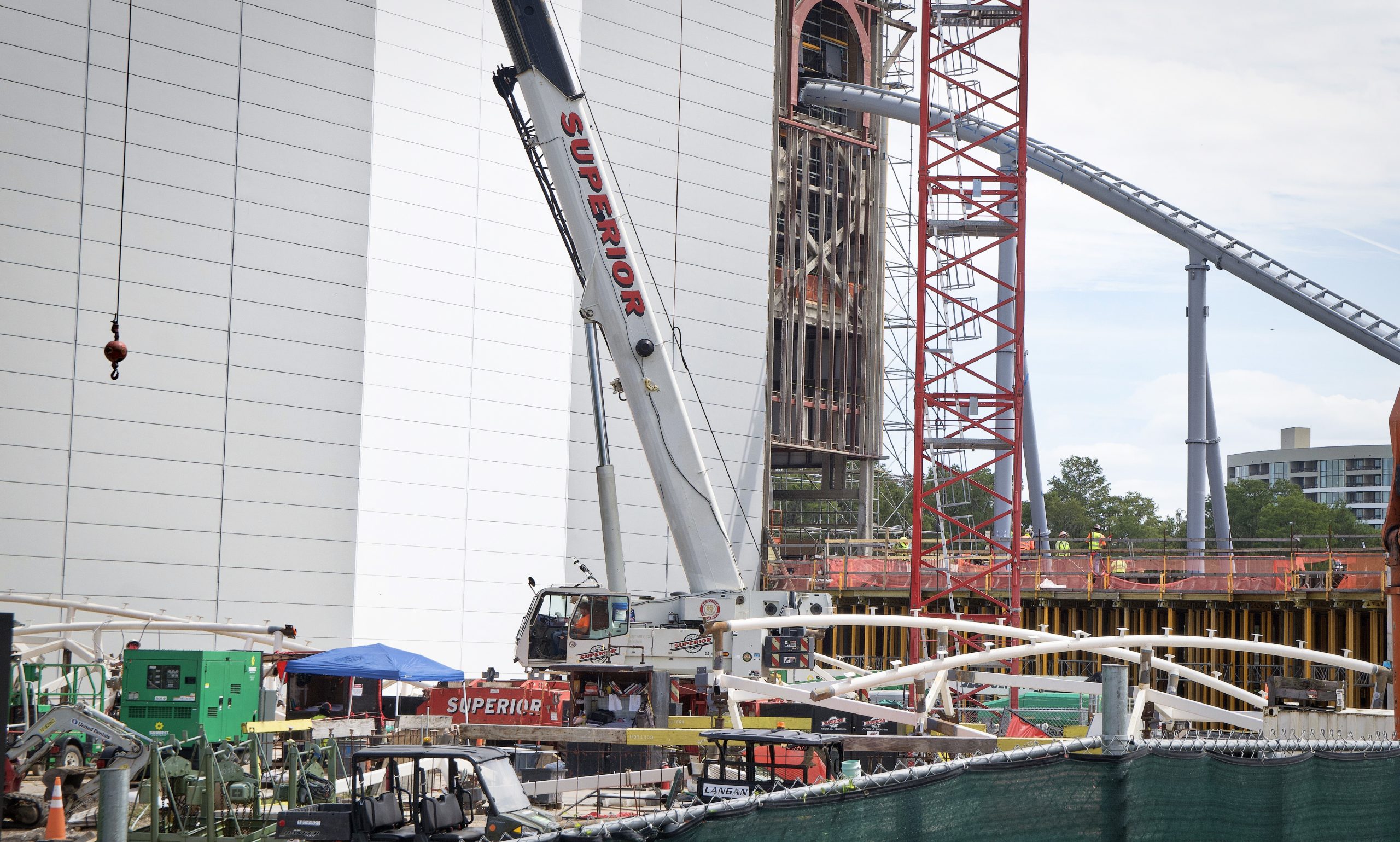 Most likely (if the same as Shanghai’s installation) the exit will be located directly below where the track enters the showbuilding. 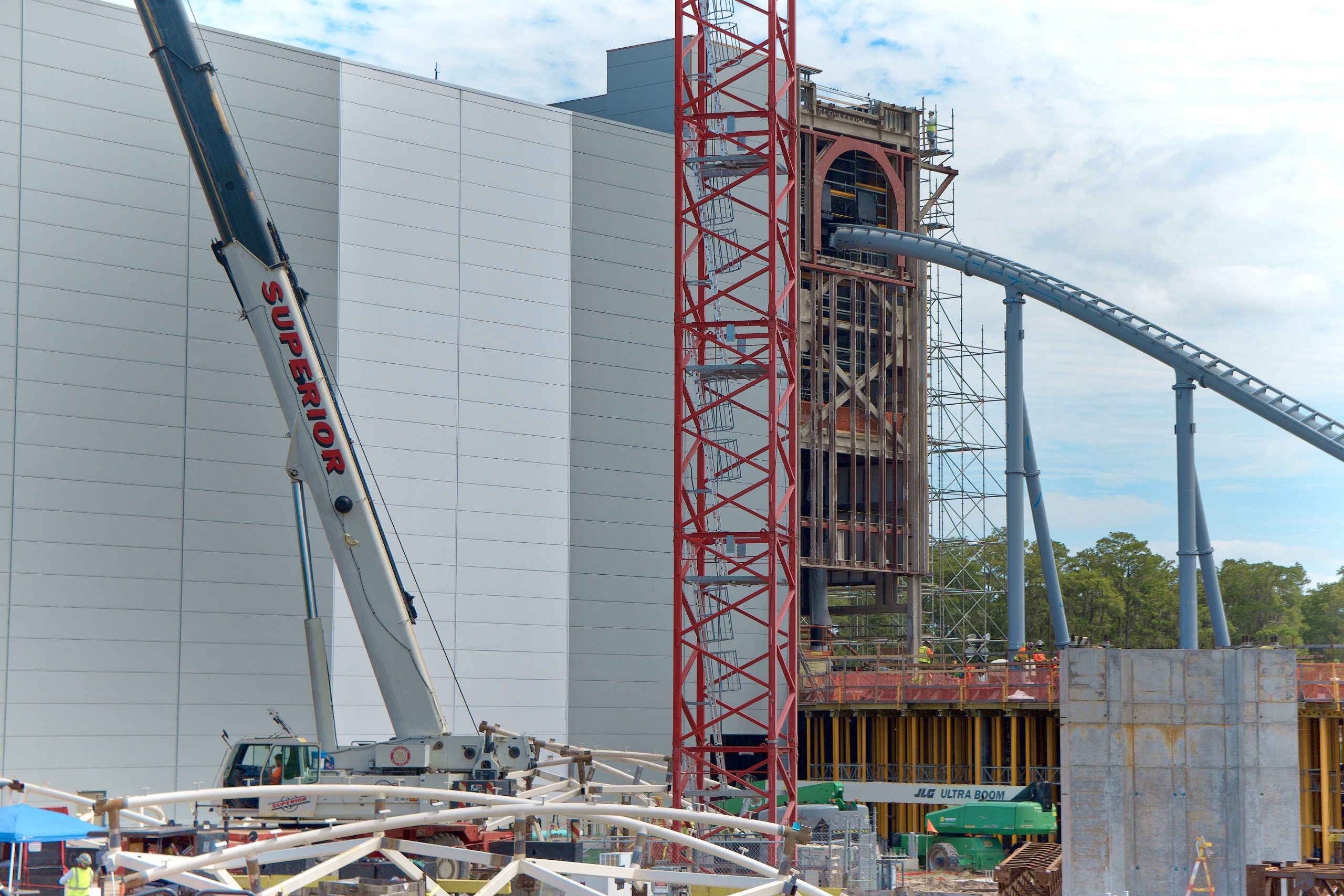 I expect this half of the canopy to be done sometime mid-October. If you look at the bottom left corner of the picture below, you’ll notice where the next piece of the superstructure will be attached. 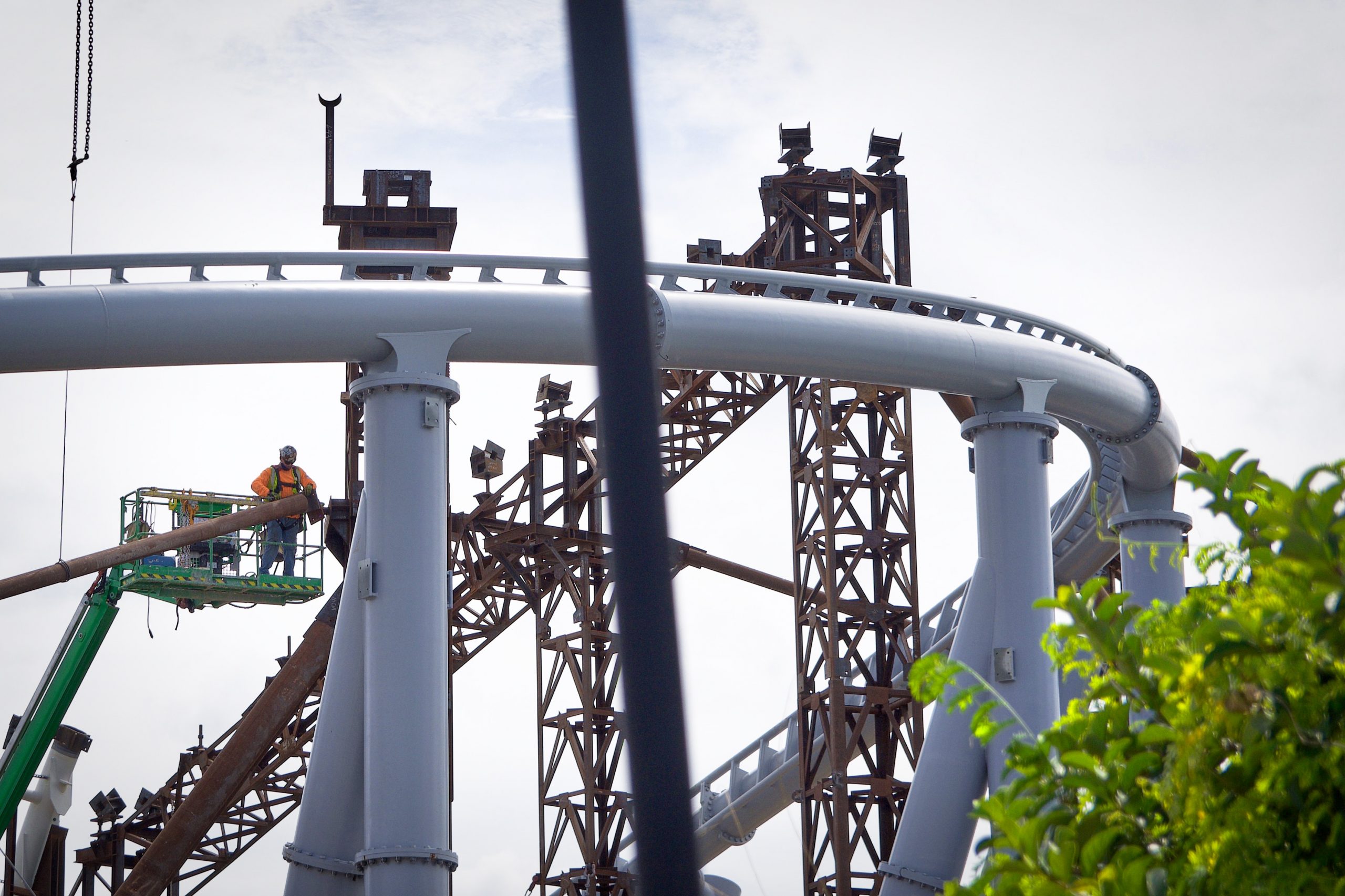 I love seeing it slowly shape up to be the most modern structure in all of Walt Disney World and look forward to exploring the subtle changes from the Shanghai version. 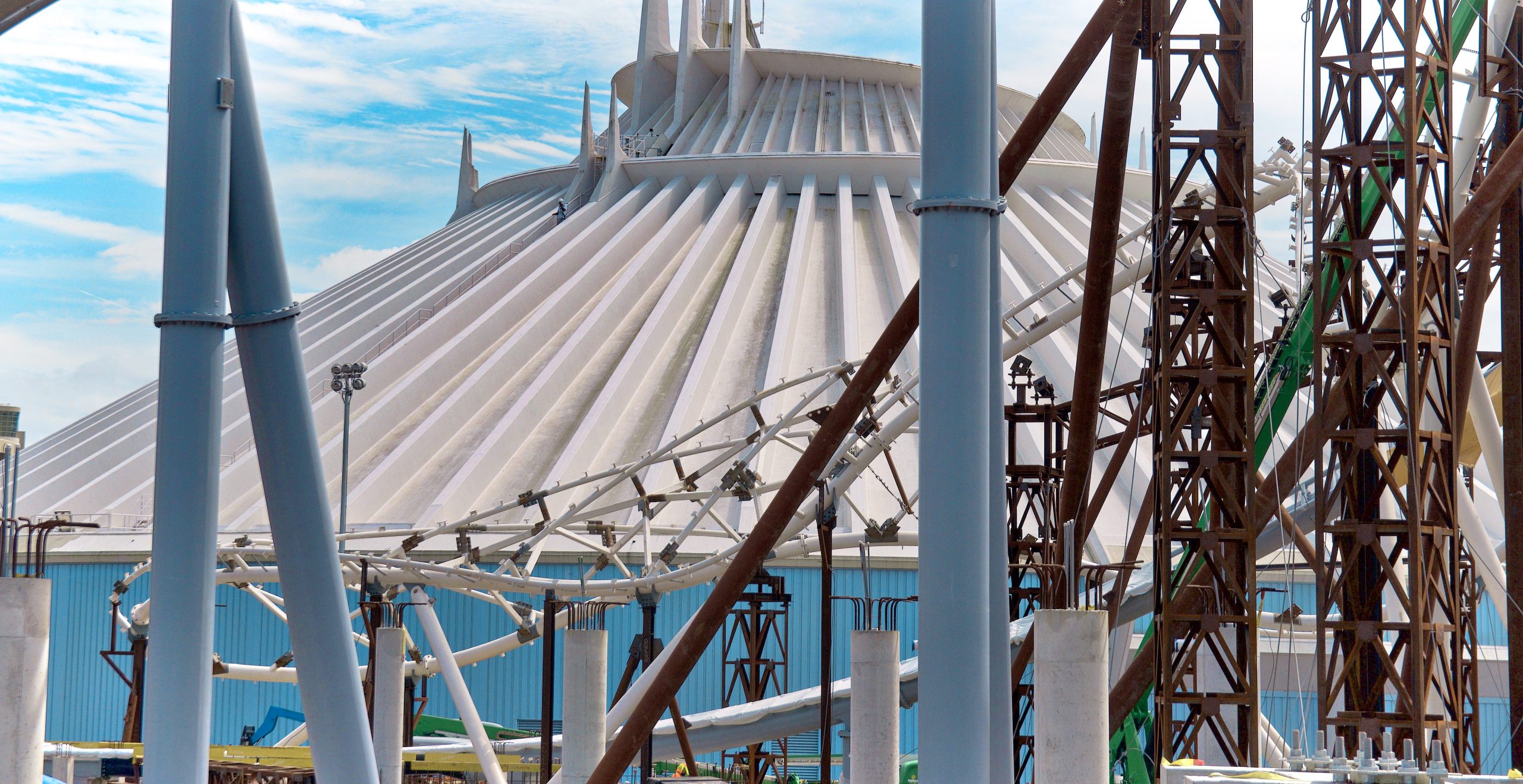 We’ll wrap it up with another shot of the canopy and the parts that have already been installed. 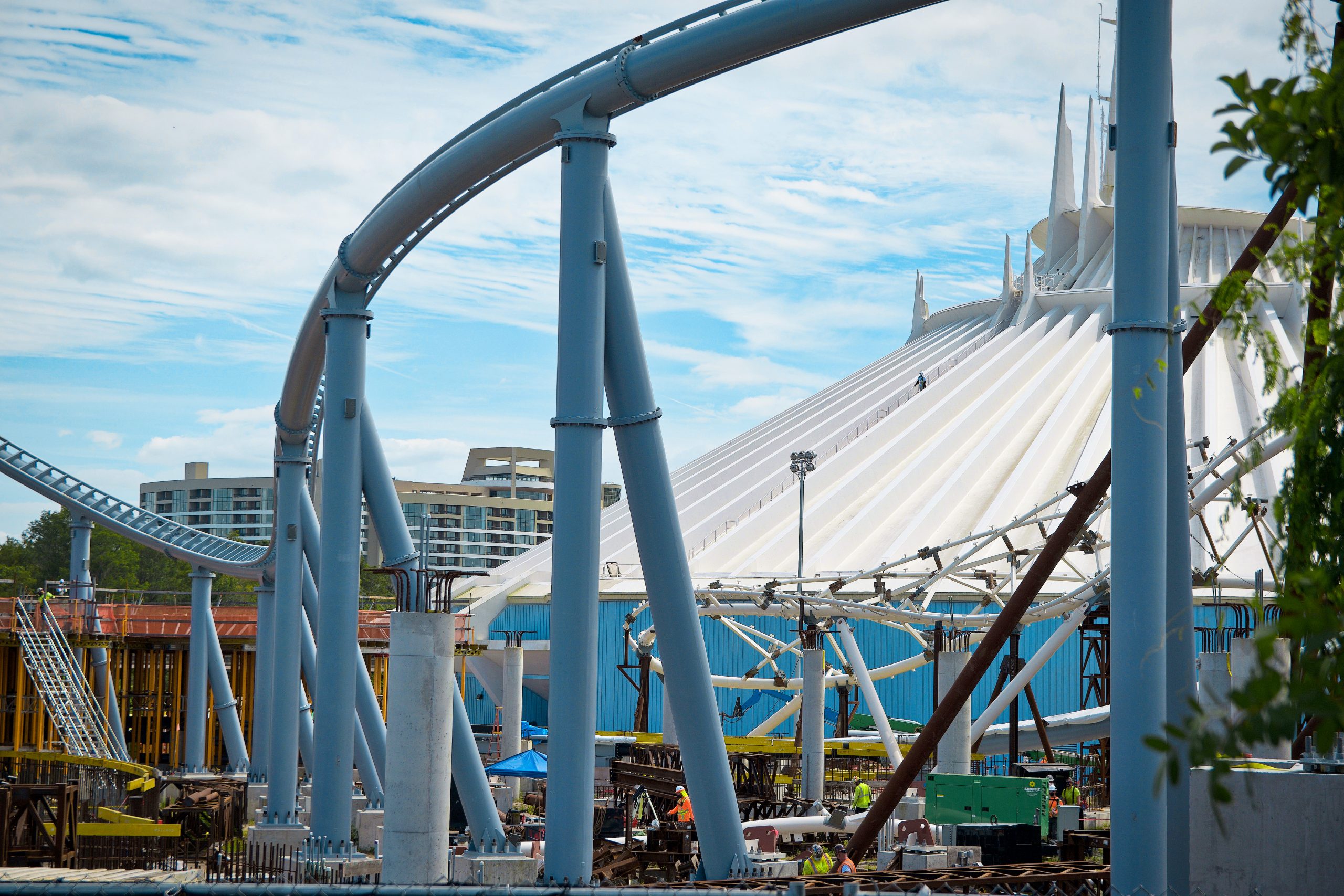