Disney is truly in a league of their own when it comes to themed areas. Our recent podcast covered this in great detail, but we wanted to produce a follow-up article to make a couple changes and reiterate some of our key points.

We started our list with one of the more unique themed areas in the theme park world, Tokyo DisneySea’s American Waterfront. Built of three major subsections inspired by Cape Cod, Midtown Manhattan, and Coney Island, American Waterfront reflects Victorian and art-deco architecture and styling. Though the park’s ride roster isn’t as strong as others on this list (Tower of Terror, though elegant, is the least comfortable and thrilling of the Disney drop towers), the massive environ is a big part of why Tokyo DisneySea is regarded as the most beautiful Disney park. 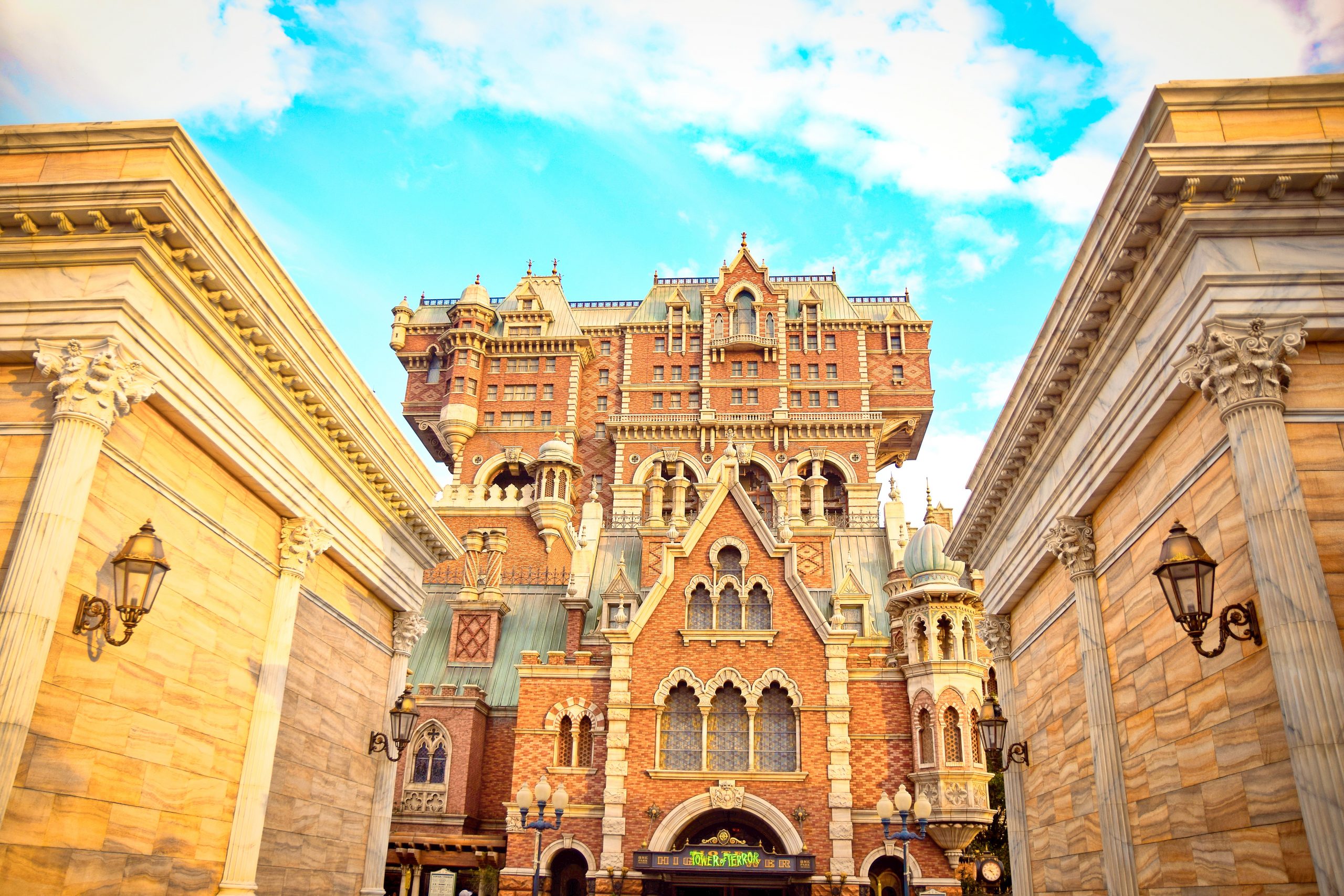 This is the only area on our list that we feel is overrated (while the rest you could argue are either underrated or adequately-rated), but still good enough for a spot on our list. On a good day you can catch a ride on one of Disney’s best attractions (Rise of the Resistance) and one of Disney’s biggest head-scratchers (Smuggler’s Run) while enjoying the ambience of an alien desert marketplace under siege by space fascists. Even as moderate Star Wars fans ourselves, we don’t really consider Batuu’s arid, industrial landscape “our kind of thing.” Your mileage may vary. 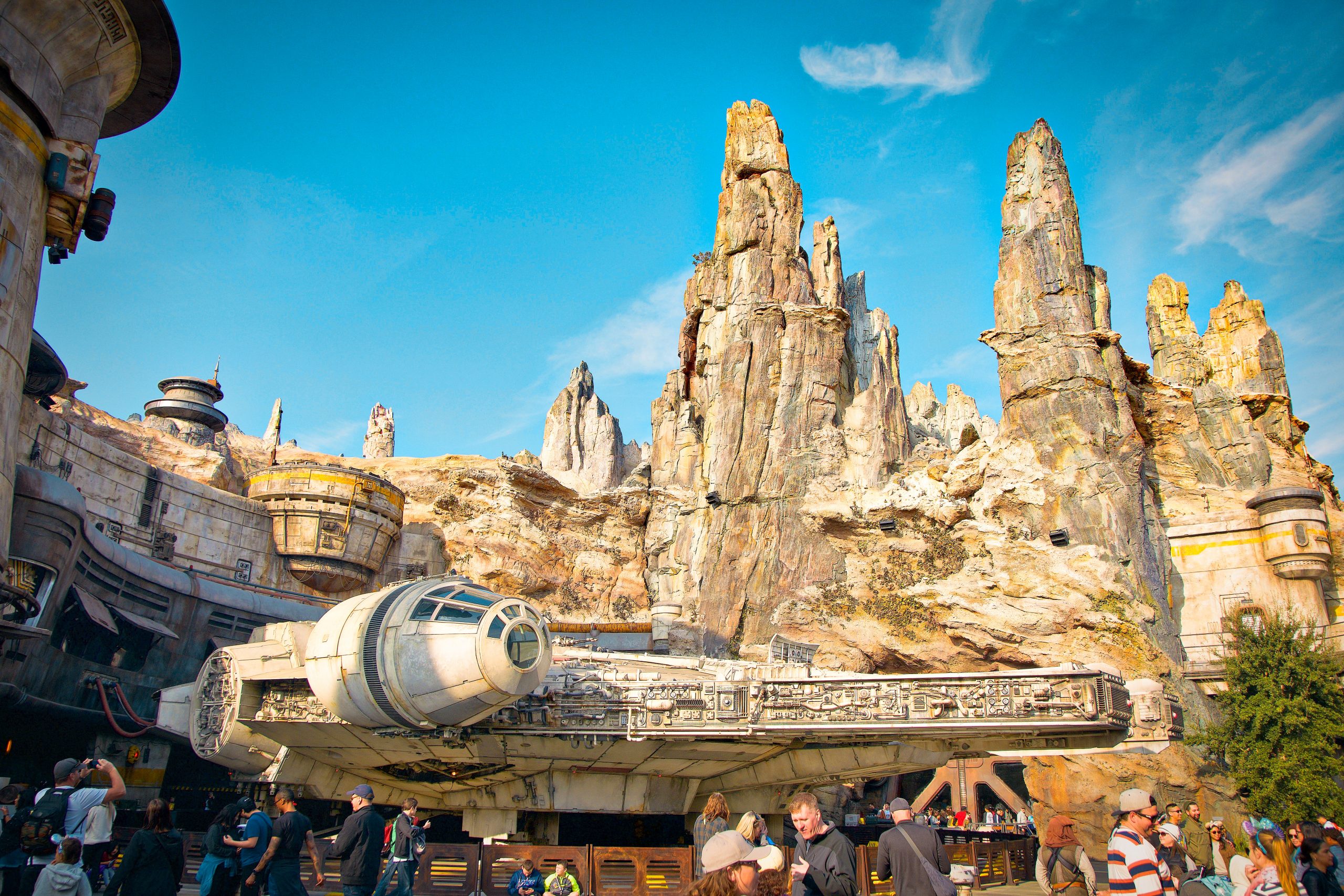 Jumping now from overrated to grossly-underrated, let’s talk for a moment about the unsung hero of Shanghai Disneyland: Adventure Isle. While flashy-yet-shallow Treasure Cove next door gets more publicity due to the showstopping Pirates of the Caribbean: Battle For Sunken Treasure, Adventure Isle demonstrates more thematic depth and natural beauty than any other area in the park. Rather than cobble various “adventurous” influences from around the world, Shanghai Disneyland’s answer to Adventureland focuses squarely on South America (particularly Brazil and Peru) for its influences. Superbly-reimagined rides based on counterparts from California Adventure’s Grizzly Peak take center stage here, but great food, fun-yet-physical additional attractions, and a unique Tarzan show (the area’s only IP-based attraction) help make Adventure Aisle one of Disney’s most well-rounded areas. 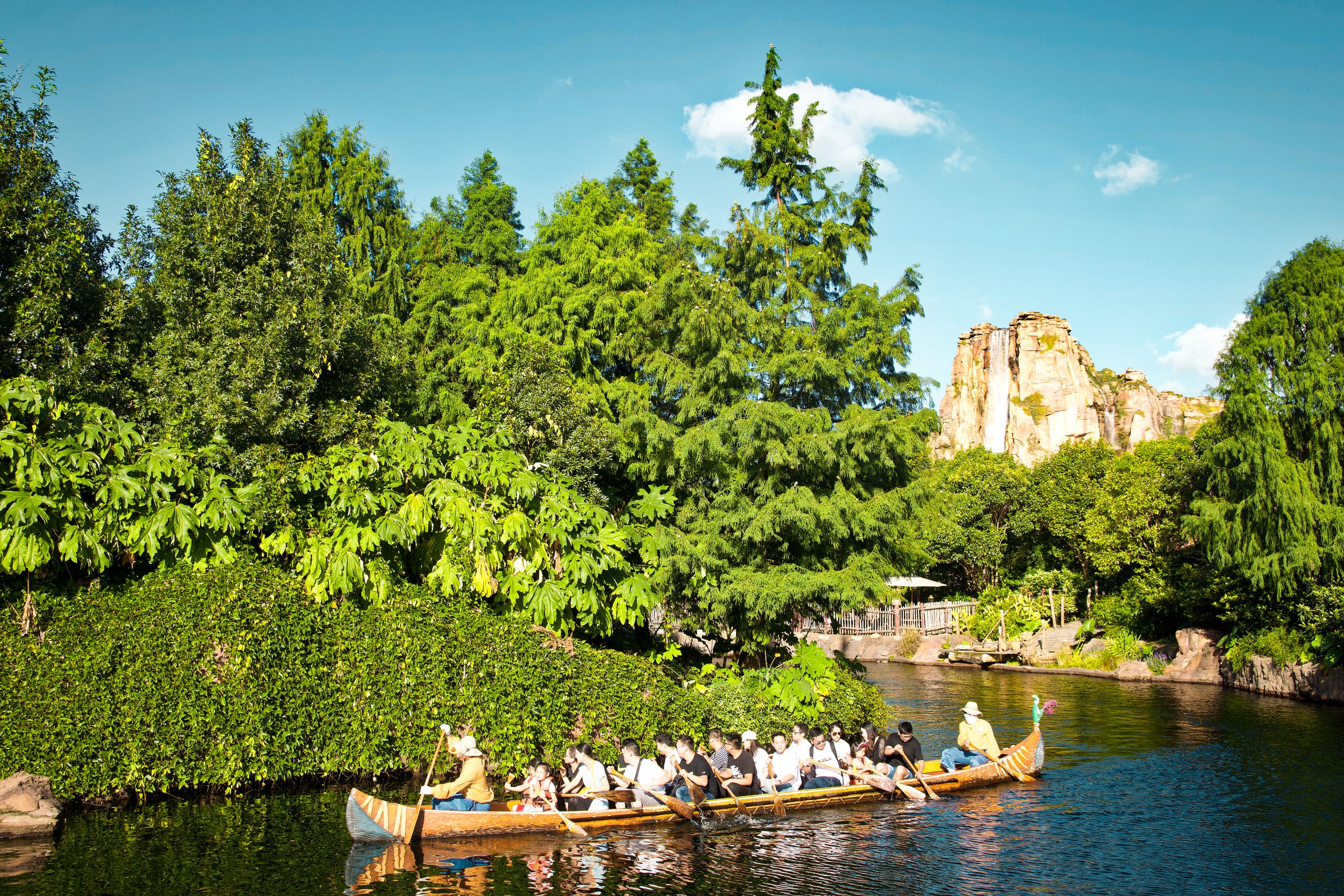 As we recorded our podcast, we decided that Animal Kingdom’s Asia was simply too far down on the list. It shares a lot of similarities with Adventure Isle (which we like to say is the lost “South America” area that Animal Kingdom should have instead of Dinoland), the key difference, of course, being the parts of the World from which the Asia area draws influence from (primarily Nepal, India, and other bordering nations). The area’s commitment to thematic storytelling, integrated animal habitats, and regionally-appropriate foliage is second only to its impressive attraction roster: Expedition Everest, Kali River Rapids, Maharaja Jungle Trek, UP! A Great Bird Adventure, and hopefully (someday) an improved iteration of Rivers of Light. 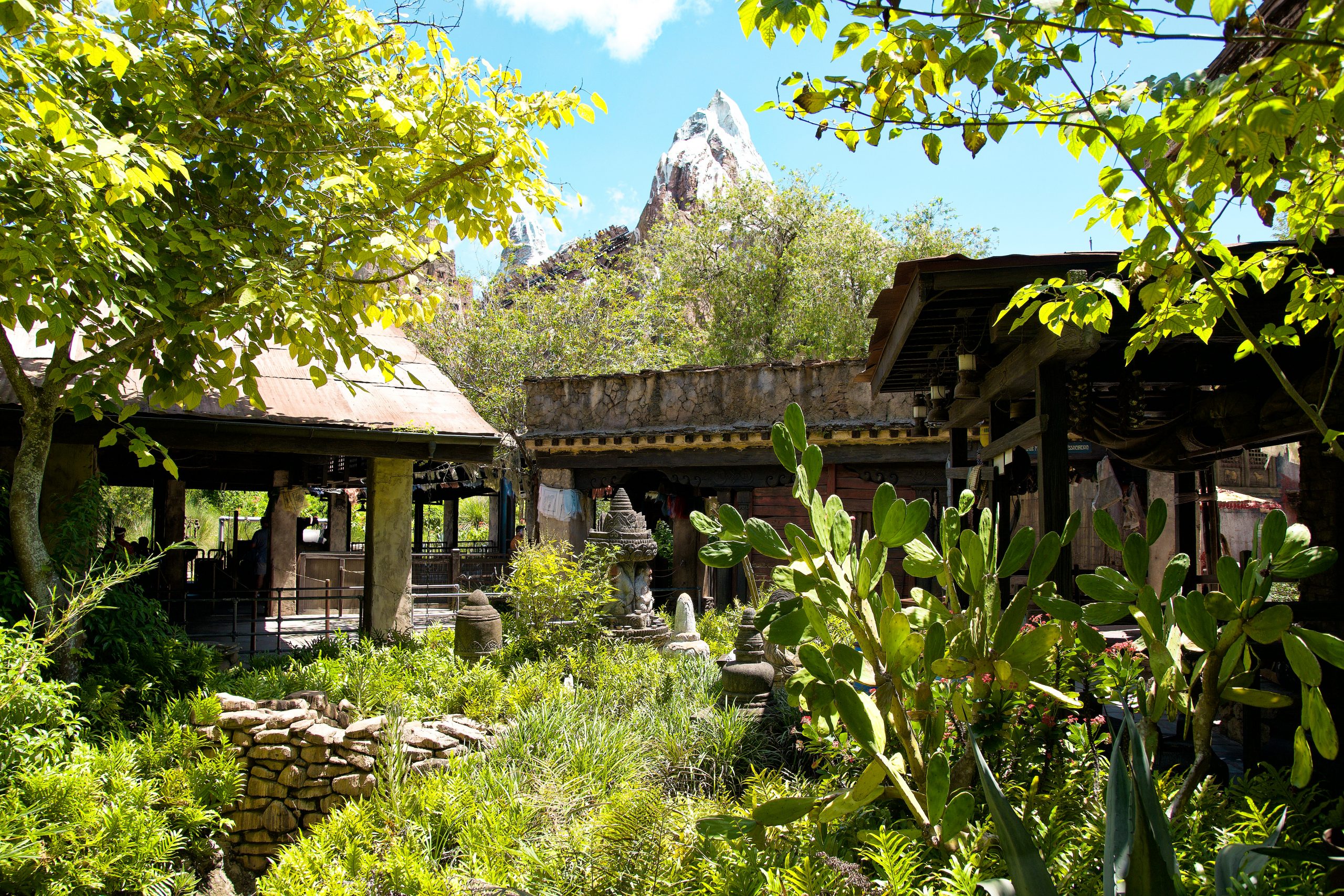 Tokyo DisneySea’s middle-eastern-style harbor and bazaar is a personal favorite of ours, as well as another stand-out area of the Japan resort’s 2nd gate. Equal parts Aladdin and Sinbad, Arabian Coast is a huge hit for fans of Agrabah and Bagdad alike who seek regional cuisine, activities, and souvenirs. The obvious standout is the Storybook Voyages of Sinbad (which is best described as Pirates of the Caribbean meets it’s a small world at de Efteling’s Fata Morgana), but the variety of Aladdin-specific attractions are enough to soften the hearts of even the most jaded 90’s kids. 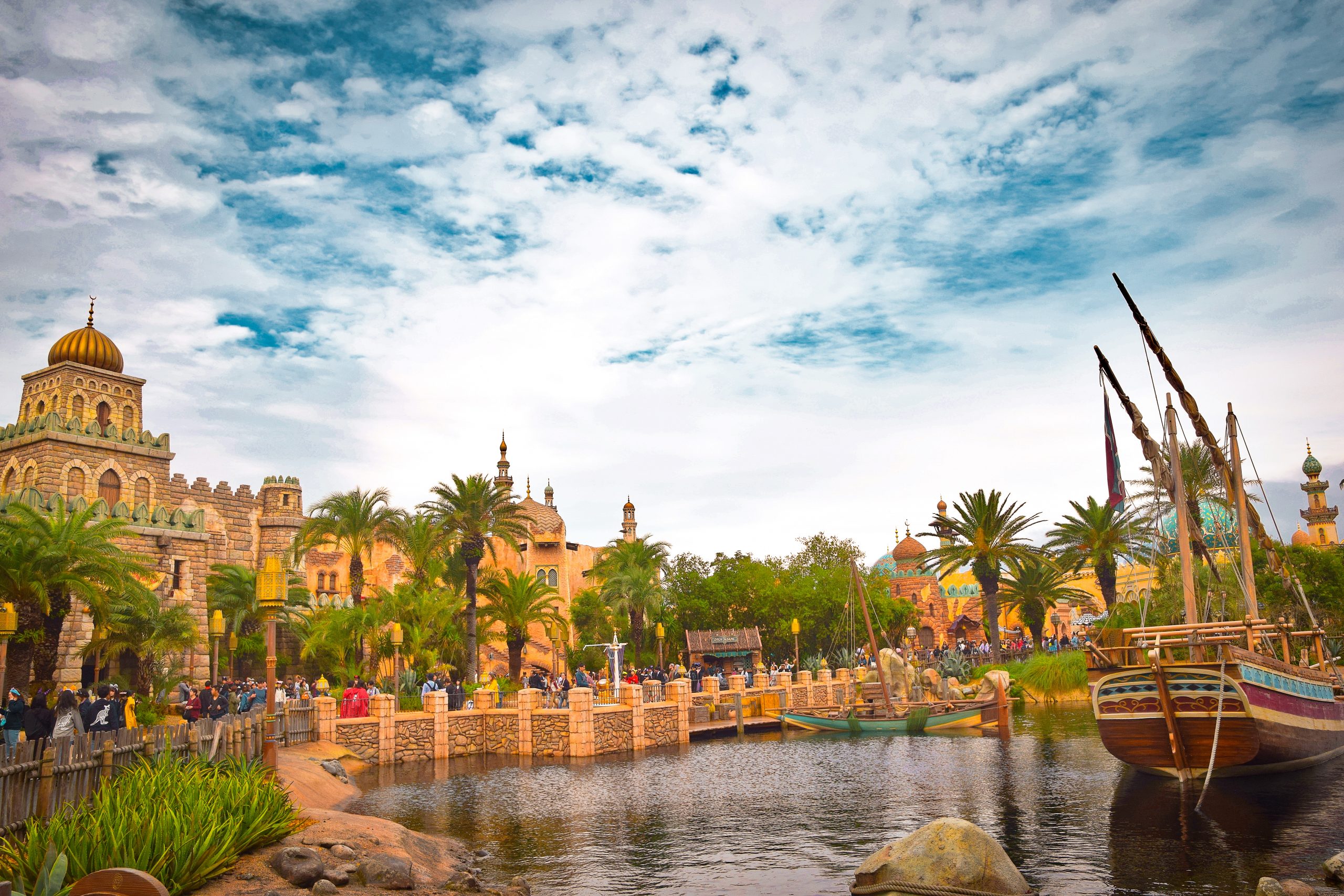