I stumbled upon some old pictures of the Timber Mountain Log Ride at Knott’s Berry Farm. I have pictures of its construction and of how it looked in its first couple of years of operations. I sadly had these pictures on my PC for a while now, and quite honestly do not remember where I collected them. Thus the credit goes to someone else. I still thought I’d share them!

Timber Mountain Log Ride wasn’t always planned to be a log ride, originally Knott’s was interested in adding a roller-coaster that would give the impression of flowing through a river, in log-like trains. Arrow Dynamics then decided it was a better idea to add an actual log-flume rather than a coaster, which makes sense after the success Arrow’s first log flume at Six Flags Over Texas had. So the plans were changed and an actual log flume ride was to become the infamous Timber Mountain Log Ride. Though when it opened on July 11th 1969, it was called Calico Log Ride. 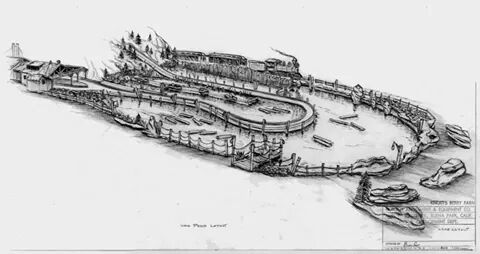 When you see the ride now, it’s quite hard to imagine it once looked like a whole bunch of steel beams! 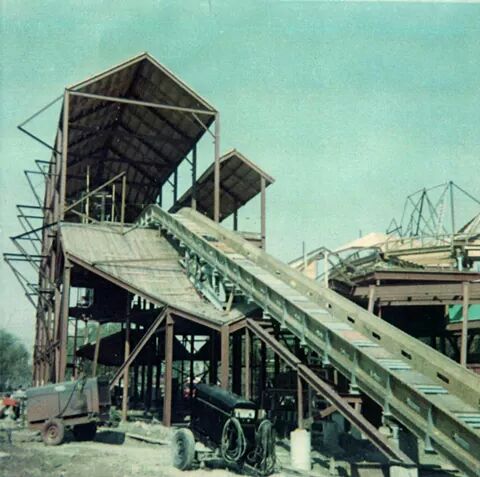 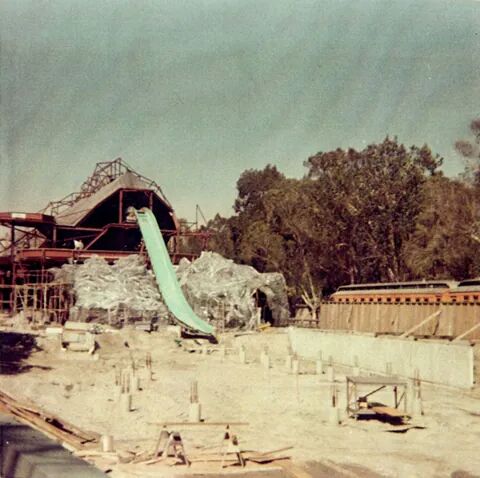 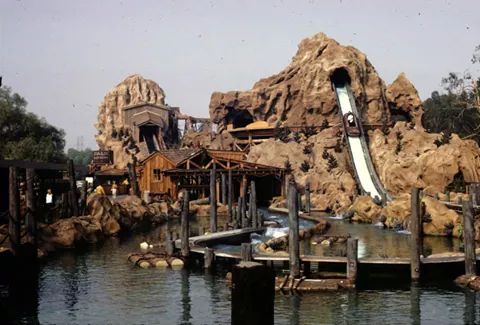 It looked a lot grayer, and more concrete-like than the repainted versions later. 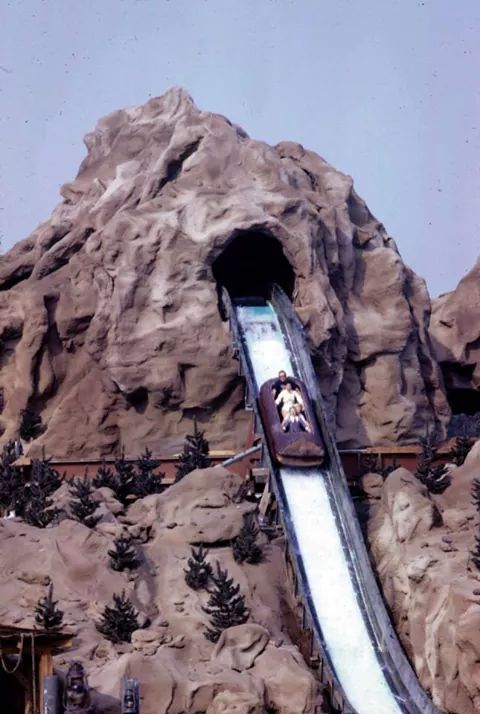 Here are some pictures of the original scenes!

This locomotive is still in the ride as of today! 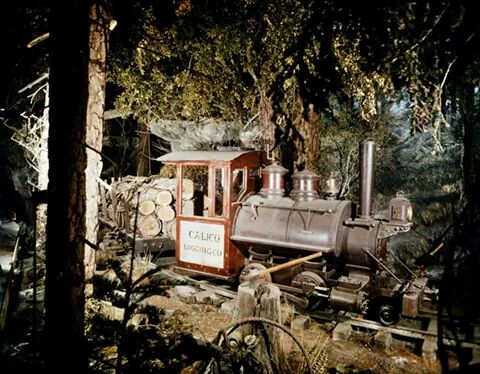 These 3 original scenes are no longer on the log ride. 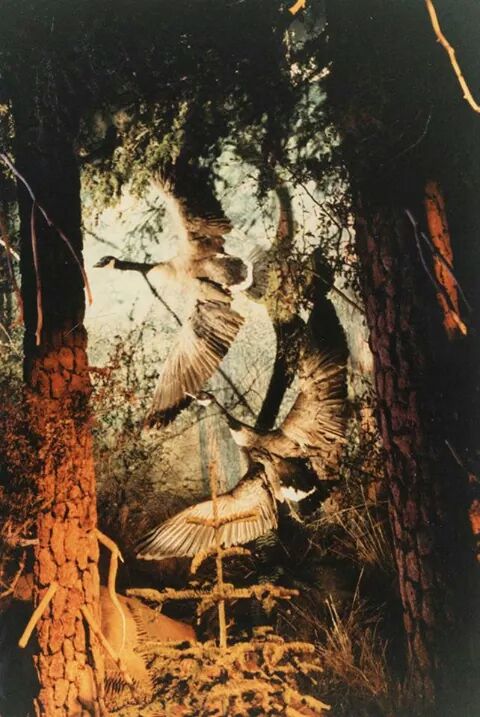 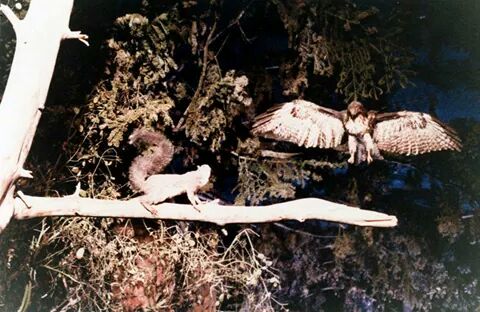 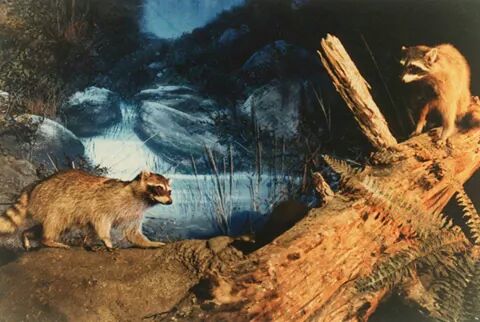 Back then, as well as today, among the best themed log rides in the world! 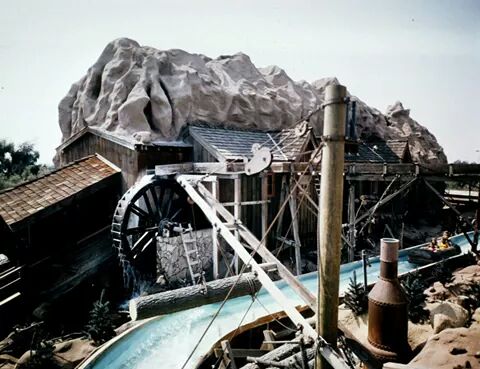 I kind of like the original bear better than the newer one! 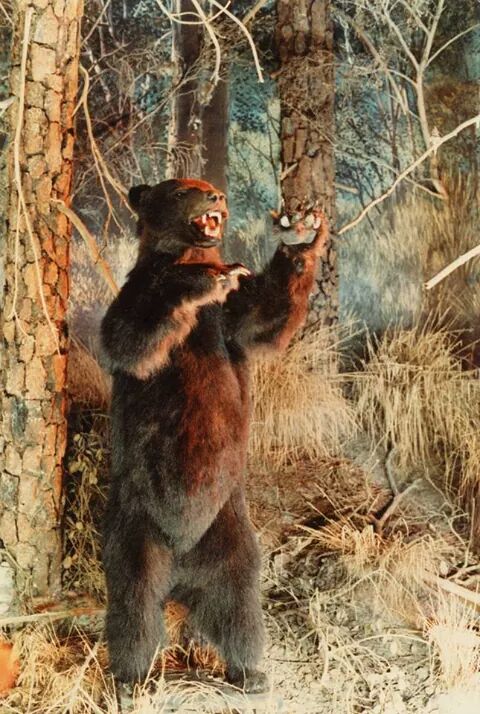 At one point the Calico Log Ride became the Timber Mountain Log Ride, here’s one of the older advertisements for it! 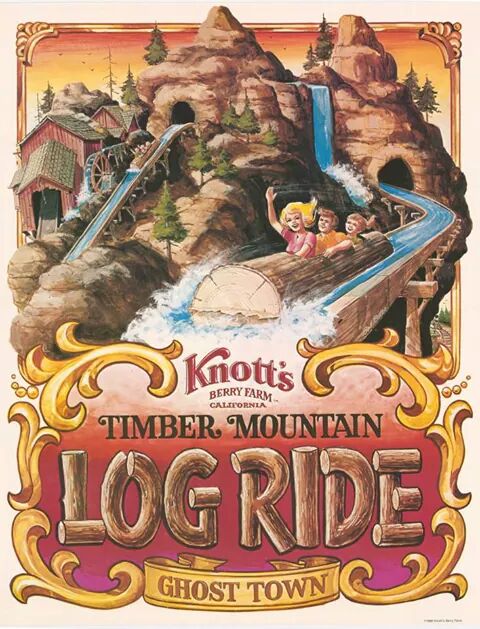