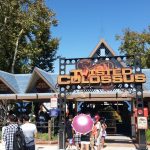 Another few days have passed and we’re back at the Thrill Capital of the World: Six Flags Magic Mountain. Where there are two main attractions closed, Fright Fest preparations continue, and refurbishments around the park are plentiful. Oh, and there’s a huge Suicide Squad advertising presence, which makes sense since this year’s Fright Fest features a unique Suicide Squad Scare Zone! Let’s take a look!

Let’s start with the Fright Fest promotion that the park has put in past years. It’s back again. Only thing… they should probably change the banner stating “Fridays thru Sundays in October”, as the event runs three weekends in September too… that’s a lot more than just October… 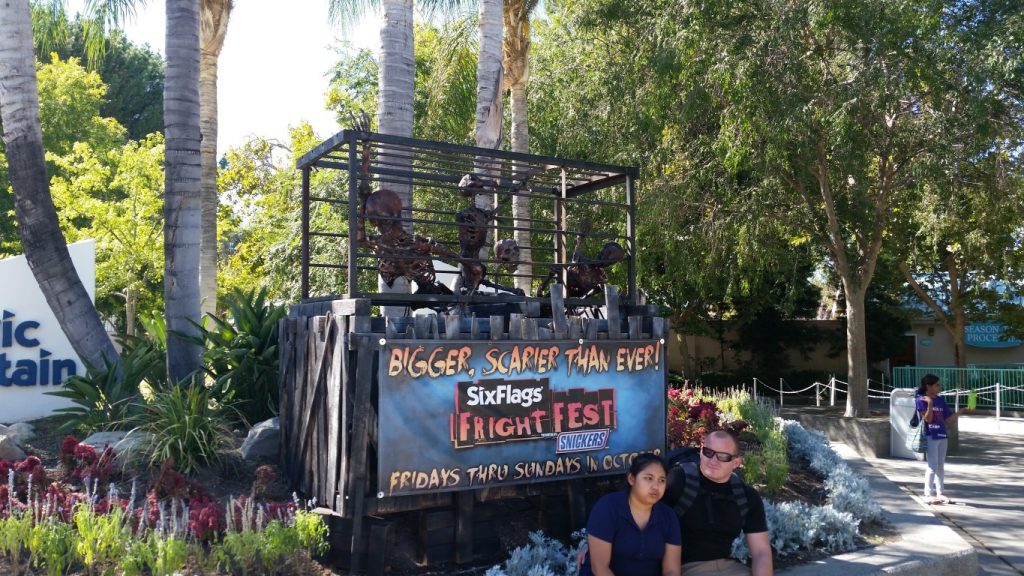 X2 is closed, sadly. The ride is down just like Apocalypse for maintenance reasons. 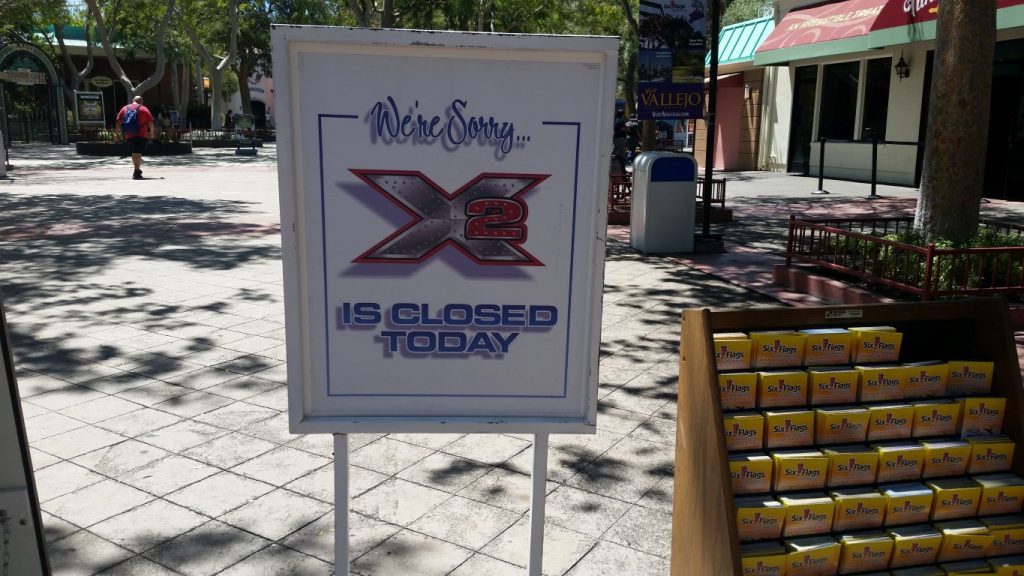 I was informed by the park that the ride is closed for scheduled maintenance and should reopen before Fright Fest starts, which starts on September 17th. X2 will run as X2: Satan’s Domain during Fright Fest, with an alternative light package and soundtrack. 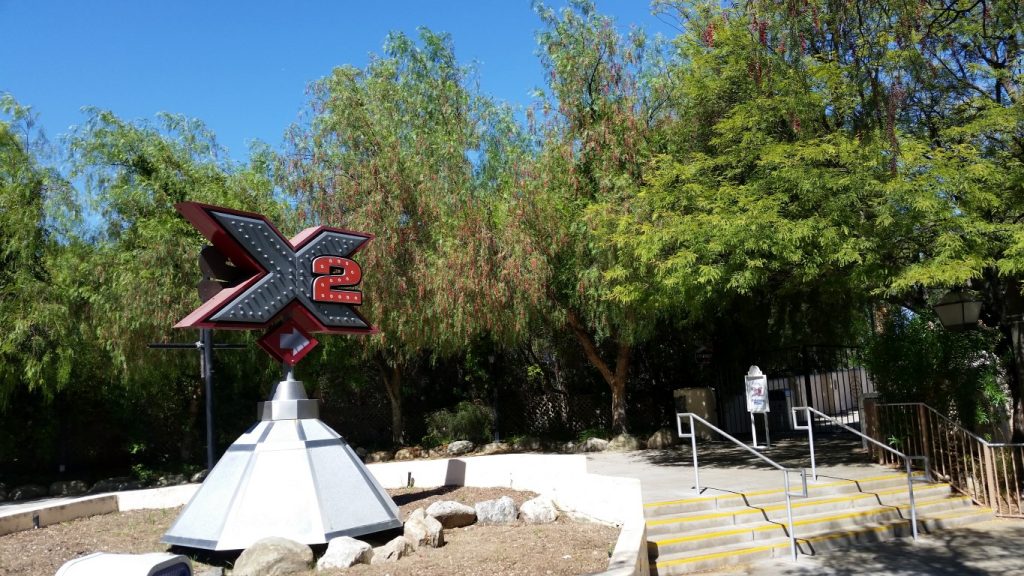 Life-size Suicide Squad 3D pop-ups are found all over the park, here are just two of the (I think) four they have. The Suicide Squad Fright Fest Experience is opening with the event on Saturday September 17th! 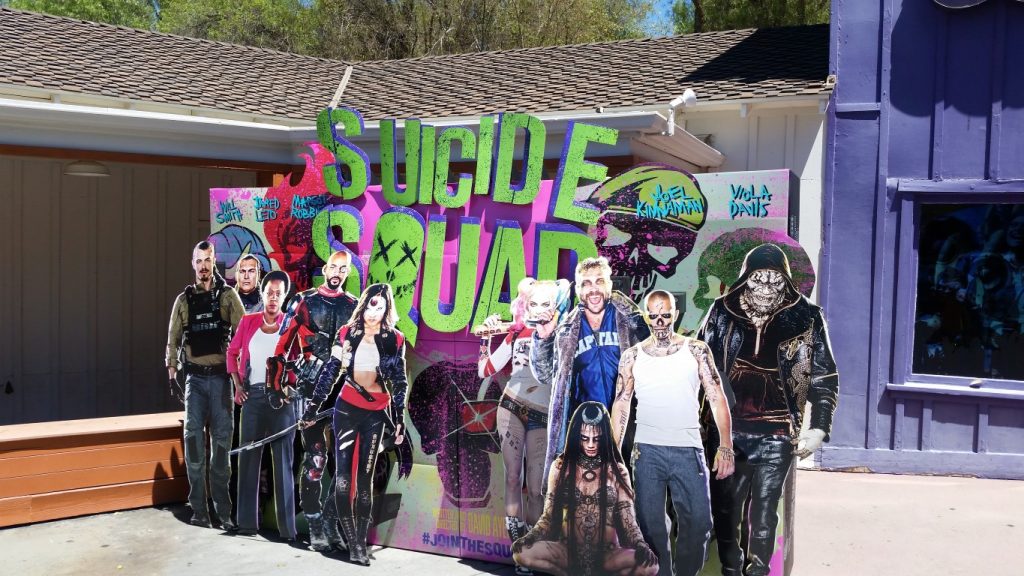 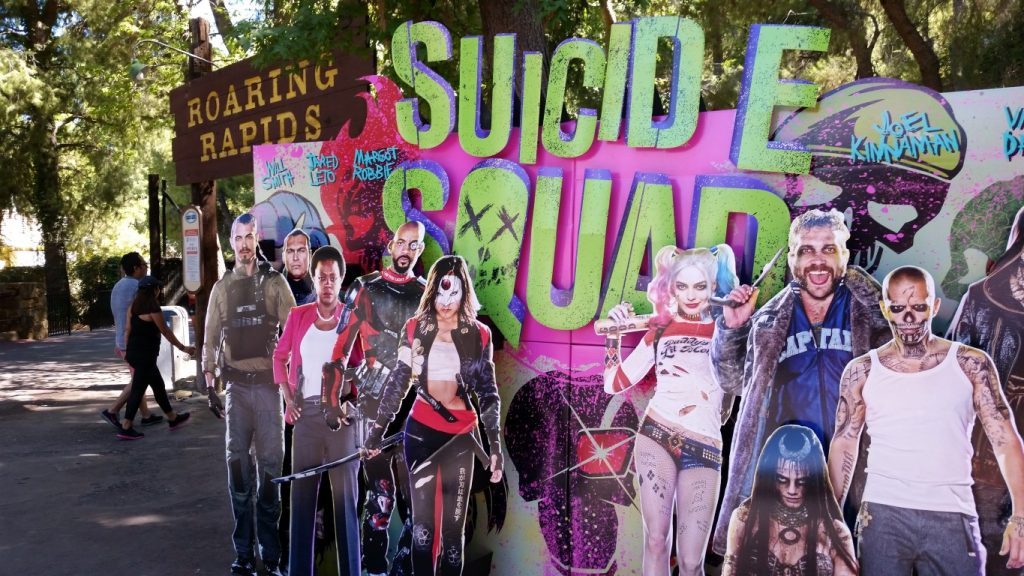 The Suicide Squad Fright Fest Experience will be located in the DC Universe area (duh 😛 ) where currently lights for the image mapping and light show spectacular are currently being installed. 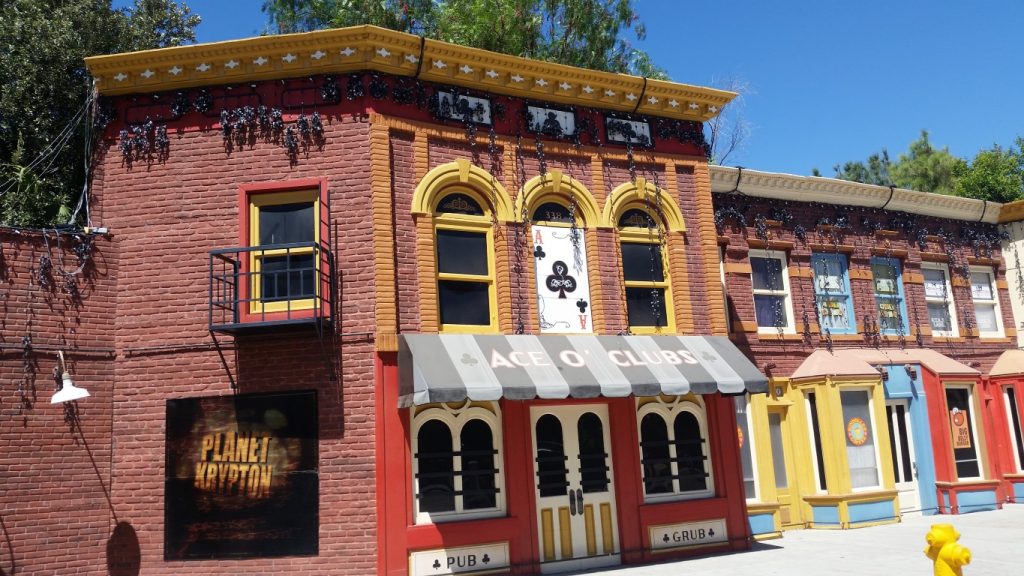 Speaking of Fright Fest, preparations for the event continue with lots more lighting being installed for the scare zone on top of Samurai Summit. 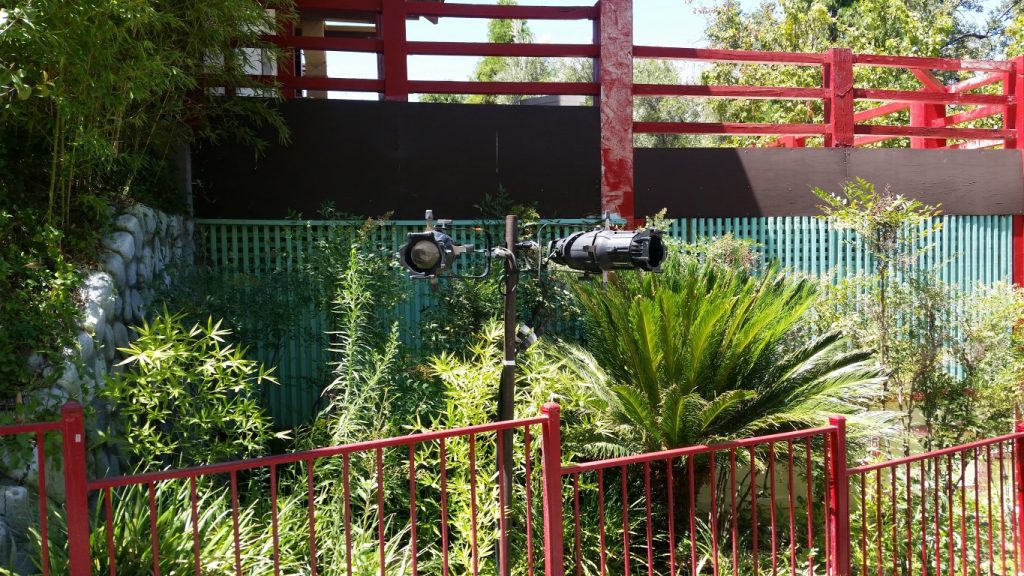 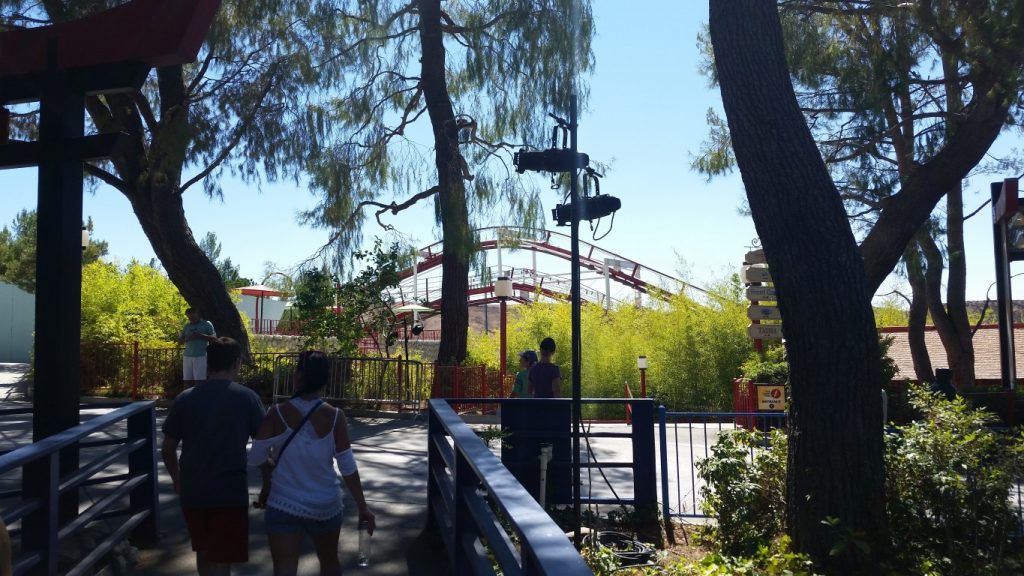 And now we’re on top of Samurai Summit anyways, it’s cool to note that the overhead sign at the stairs leading down to Tatsu has been repainted and altered. Now showing The New Revolution as well! 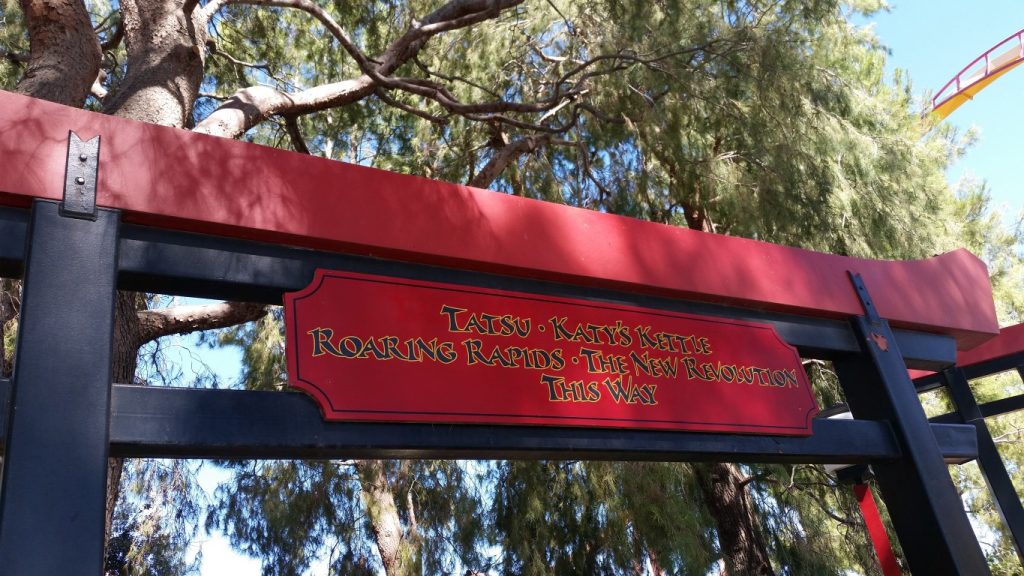 I discussed in the last update that the park is very busy with their Olympics promotions, here’s one of the many Olympics inspired retail set ups. (Studio 6F). 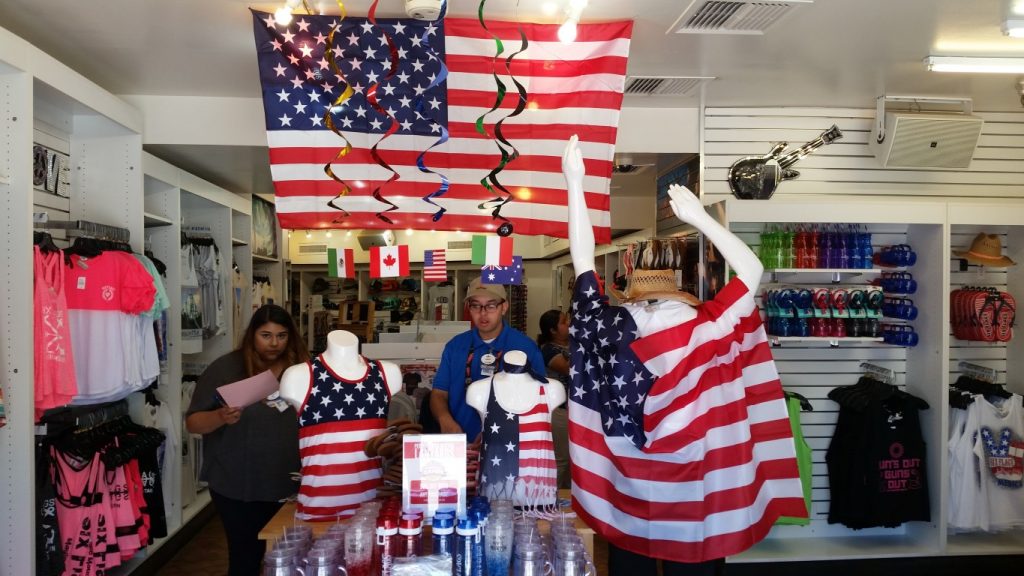 For those of you ever wondering if those over-filled Jet Stream boats ever sink? The answer is yes. See here: Dead Jet Stream Boat. Sunken, but not forgotten. 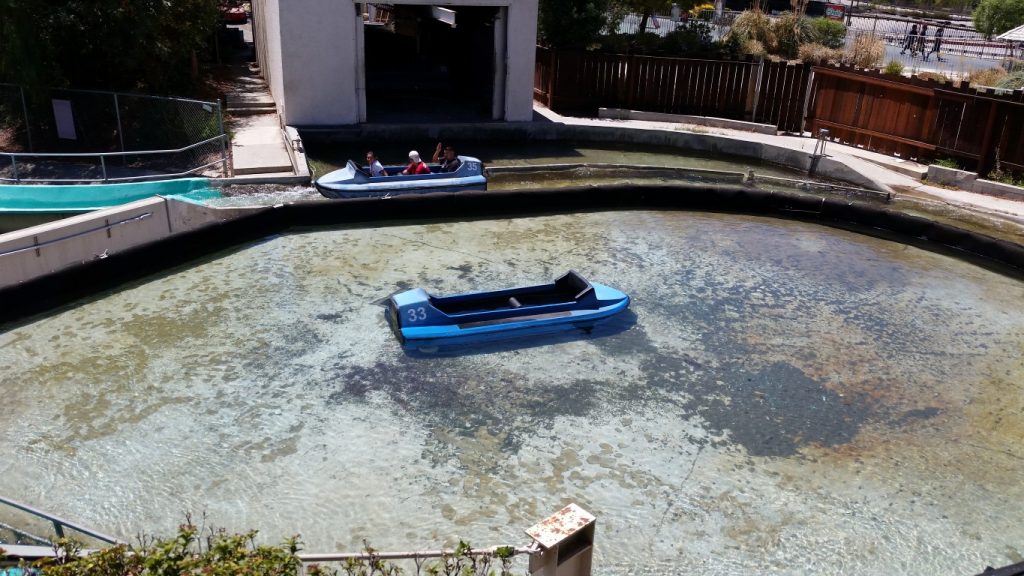 Apocalypse also remains closed. The retracking refurbishment continues. Not much change from this angle, and it’s hard to see, but wood is laying on the catwalks of the ride, presumably for more retracking in this rough turn. 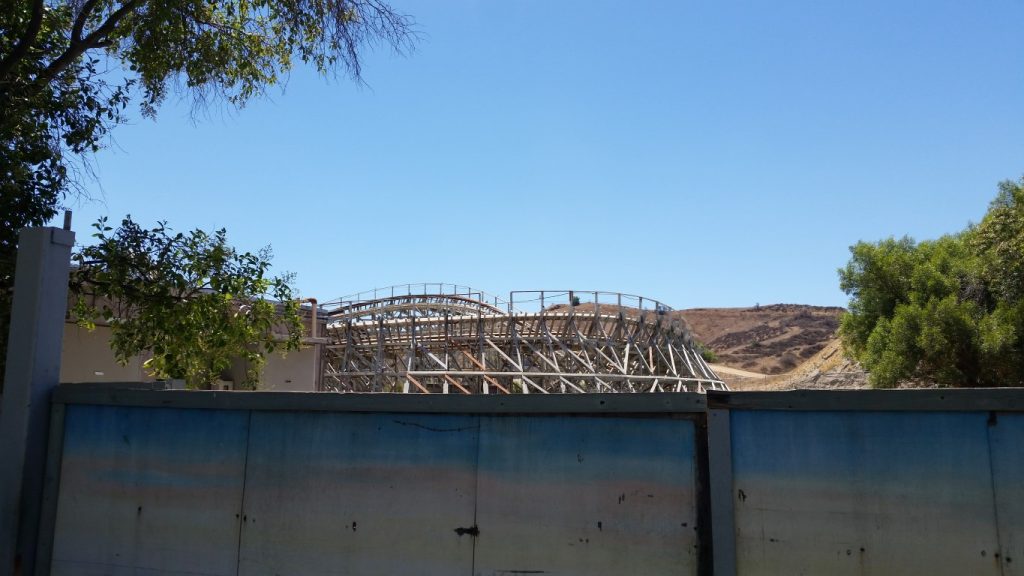 Again not much noticeable change from this angle either. The ride just remains closed, I do expect it to be reopened by Fright Fest, as the new Wastelands Scare Zone and Aftermath 2: Chaos Rising Maze are located in the same area. 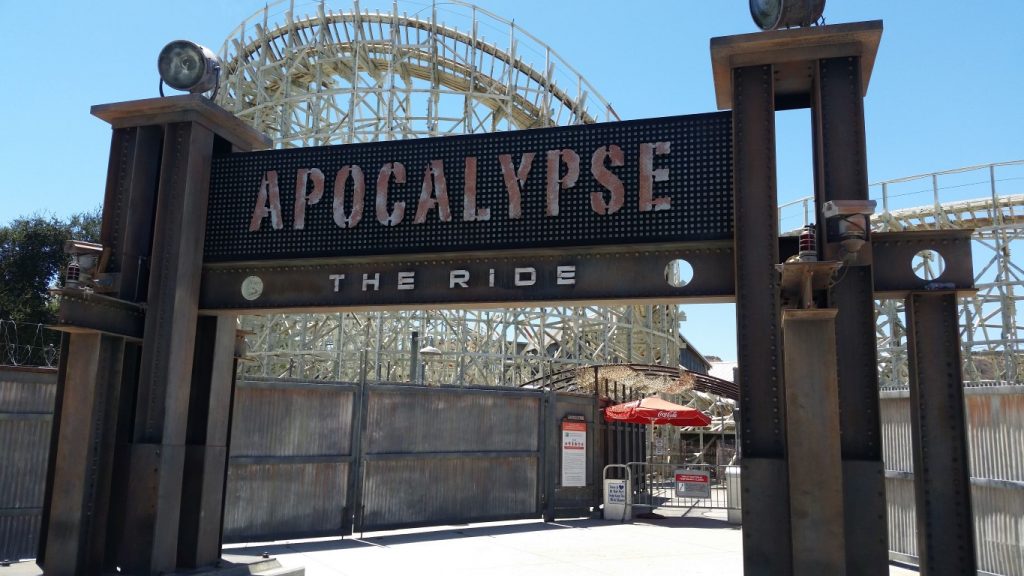 Speaking of Aftermath 2: Chaos Rising. Lots of construction is taking place behind these walls. This giant maze features giant set pieces that we touched upon in the last update. The walls have all been repainted to match the theme coming to the area for Fright Fest. And I’m beyond excited for this maze and accompanying scare zone! 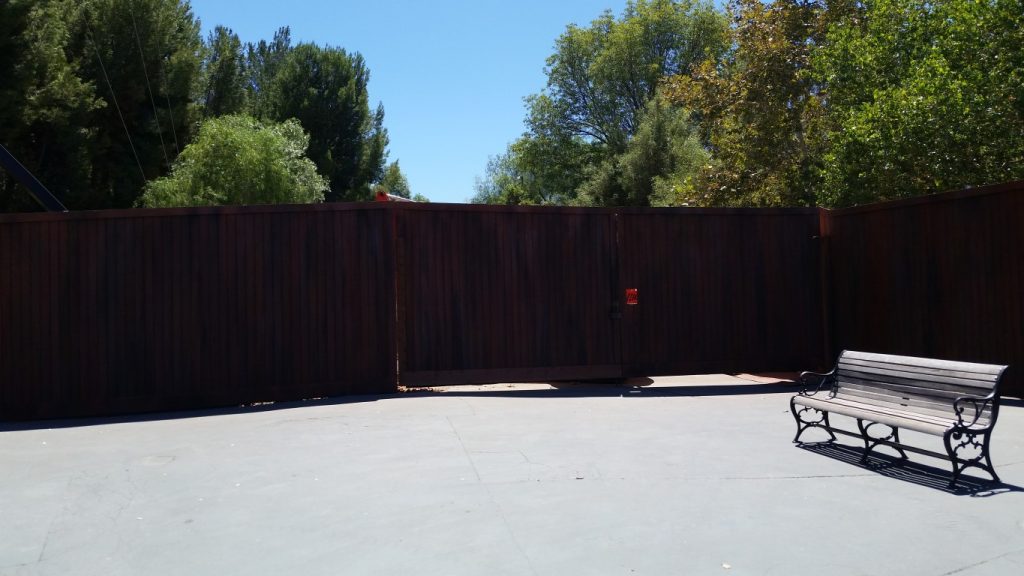 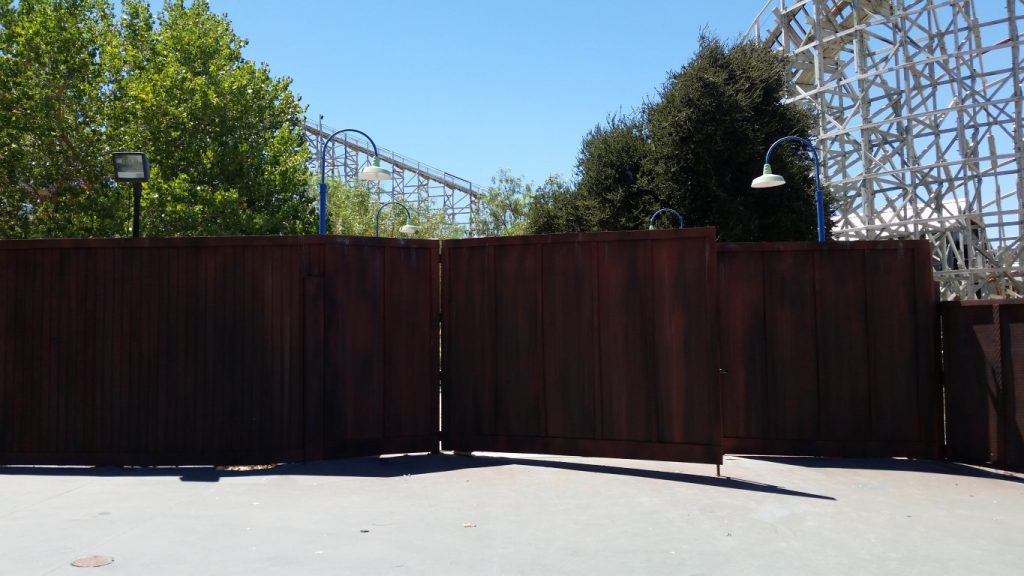 Twisted Colossus was plagued with downtime and maintenance issues today, resulting in an hour wait while the rest of the park was virtually empty. Nonetheless, got to ride this amazing Airtime Machine again. (Like I do weekly, anyways). 🙂 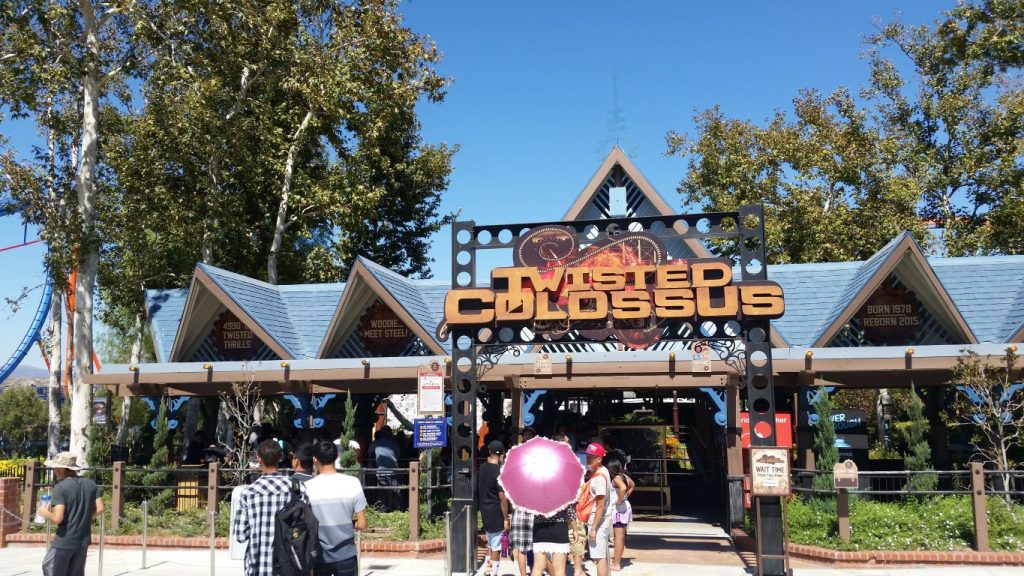 Next year’s addition will be announced on September 1st, we’ll cover it to the fullest extend of course, as of right now, practically no changes to the area in which the new ride(s) will be constructed. 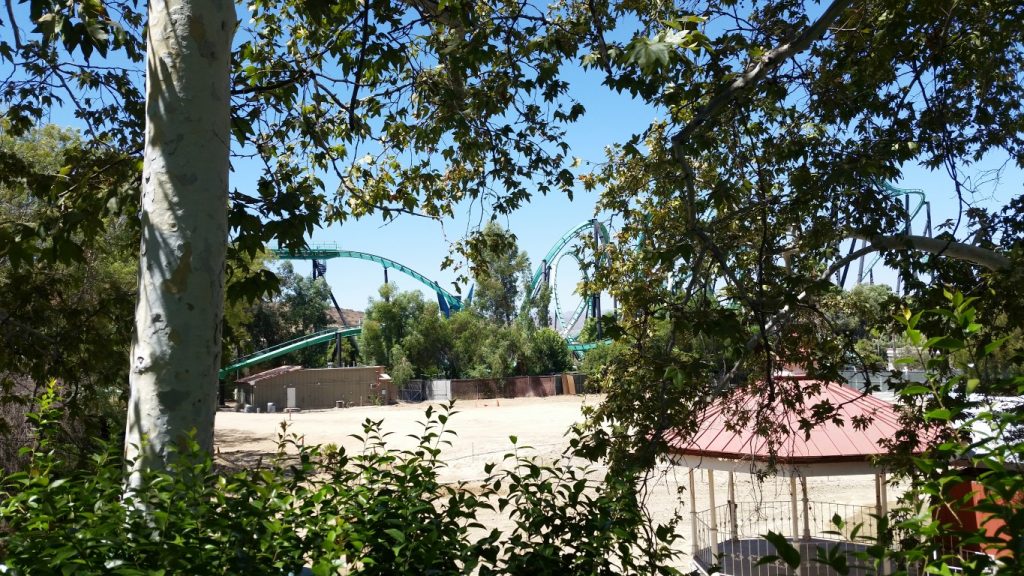 Last but not least, I took a stroll through the gift store (Six Flags Emporium) again today, and stumbled upon lots of awesome merchandise. Like these coasters (for your drinks) and posters of the park’s coaster. They all looked awesome. The park also has some of the best t-shirts in the themepark industry. So come and shop! 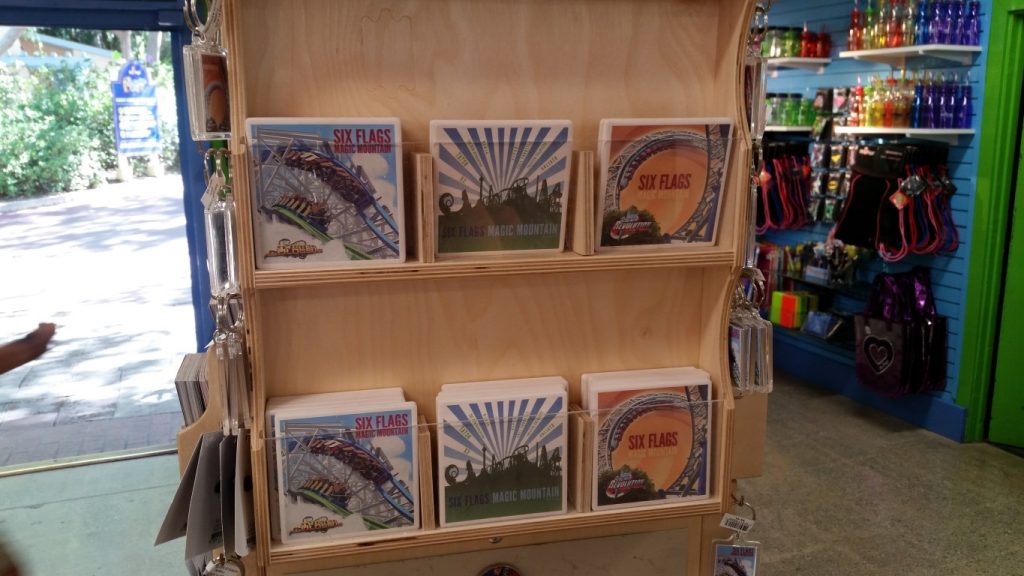 Other than that… check out Knott’s Soak City’s AWESOME 2017 addition that was just announced. And PATRIOT a Floorless coaster coming to California’s Great America!