Sven: During a little break on our European Tour, we want to share this update with you guys regarding Rookburgh and more importantly, F.L.Y. ! The world’s first launched flying coaster is well on its way and during our visit, they added some new towers! Check it out, right here.

We walked in the park and as we were with Phantasialand newbies, we had to start with a walk through Klugheim. No Taron just yet, cause we love it more when it’s warmed up. 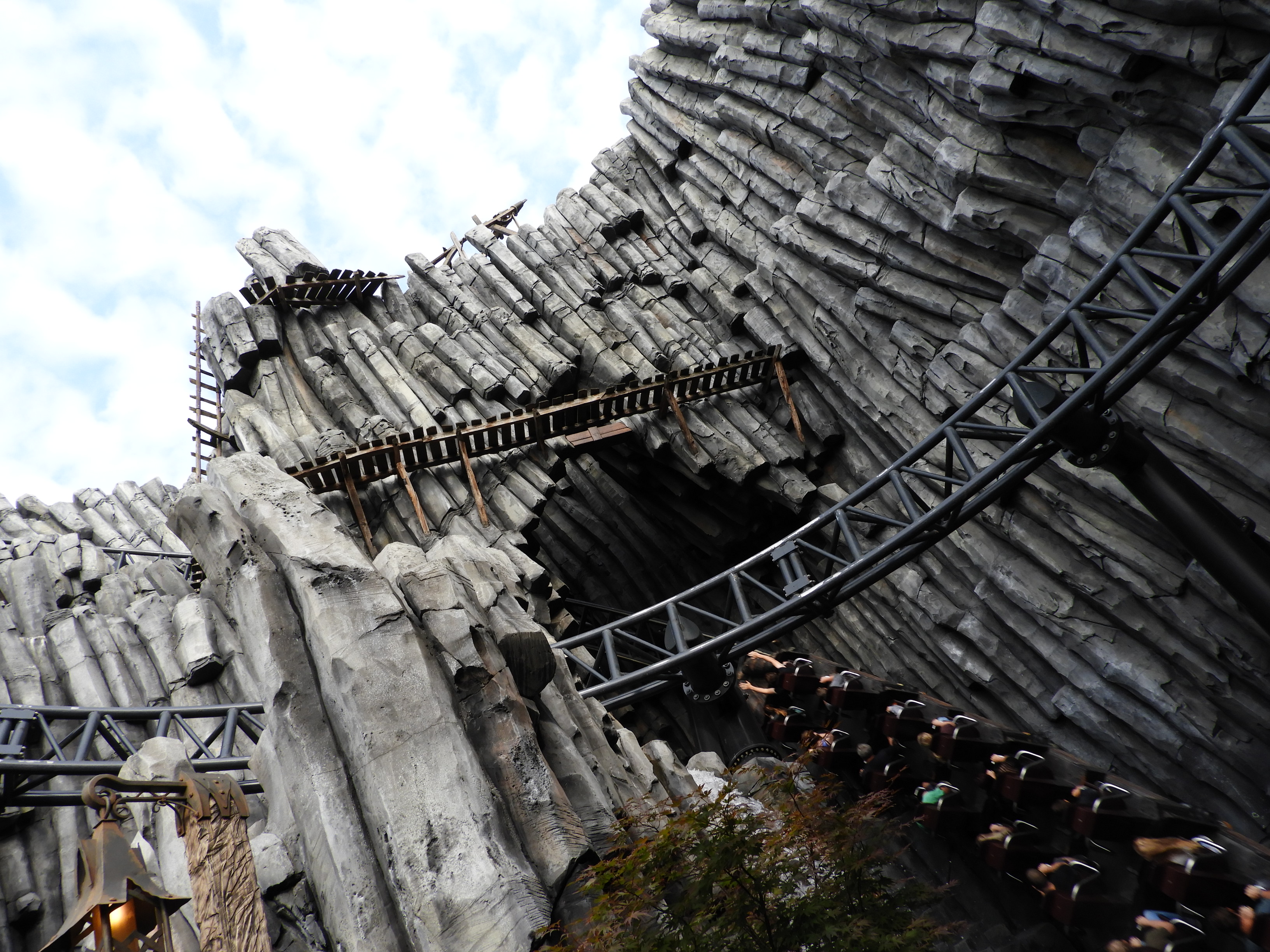 We walked further to ride Winja’s and we passed by the big construction site of Rookburgh. It’s already been a while since some of the track first went up, but the walls are newer. The steel structure will have multiple uses, but mostly to reduce the noise of the screams from riders. 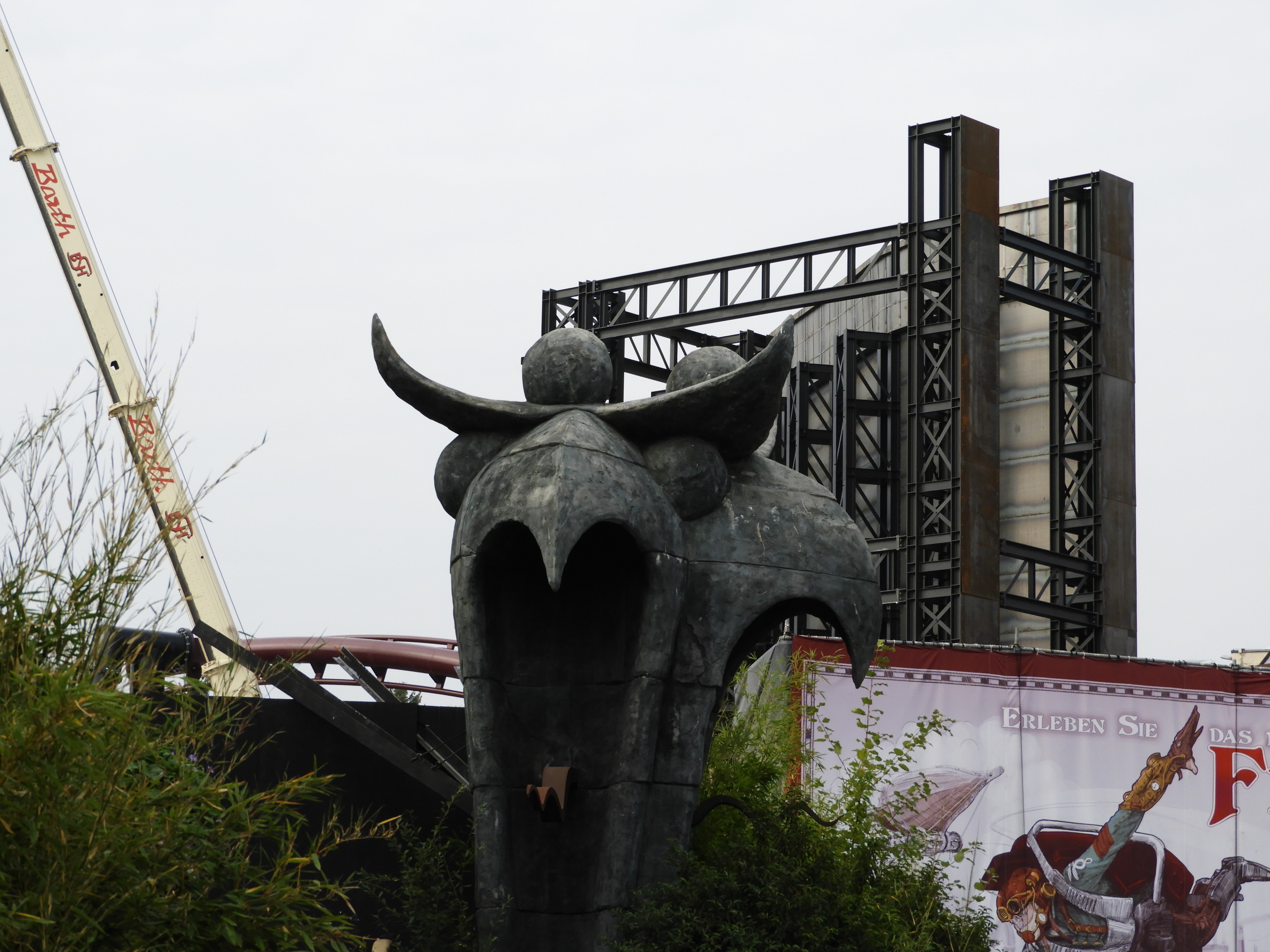 Later that afternoon we had to ride the Wurmling Express to have a better view on the site, as we only post pictures of the site from inside the park. All of a sudden, more steel had risen from the ground! 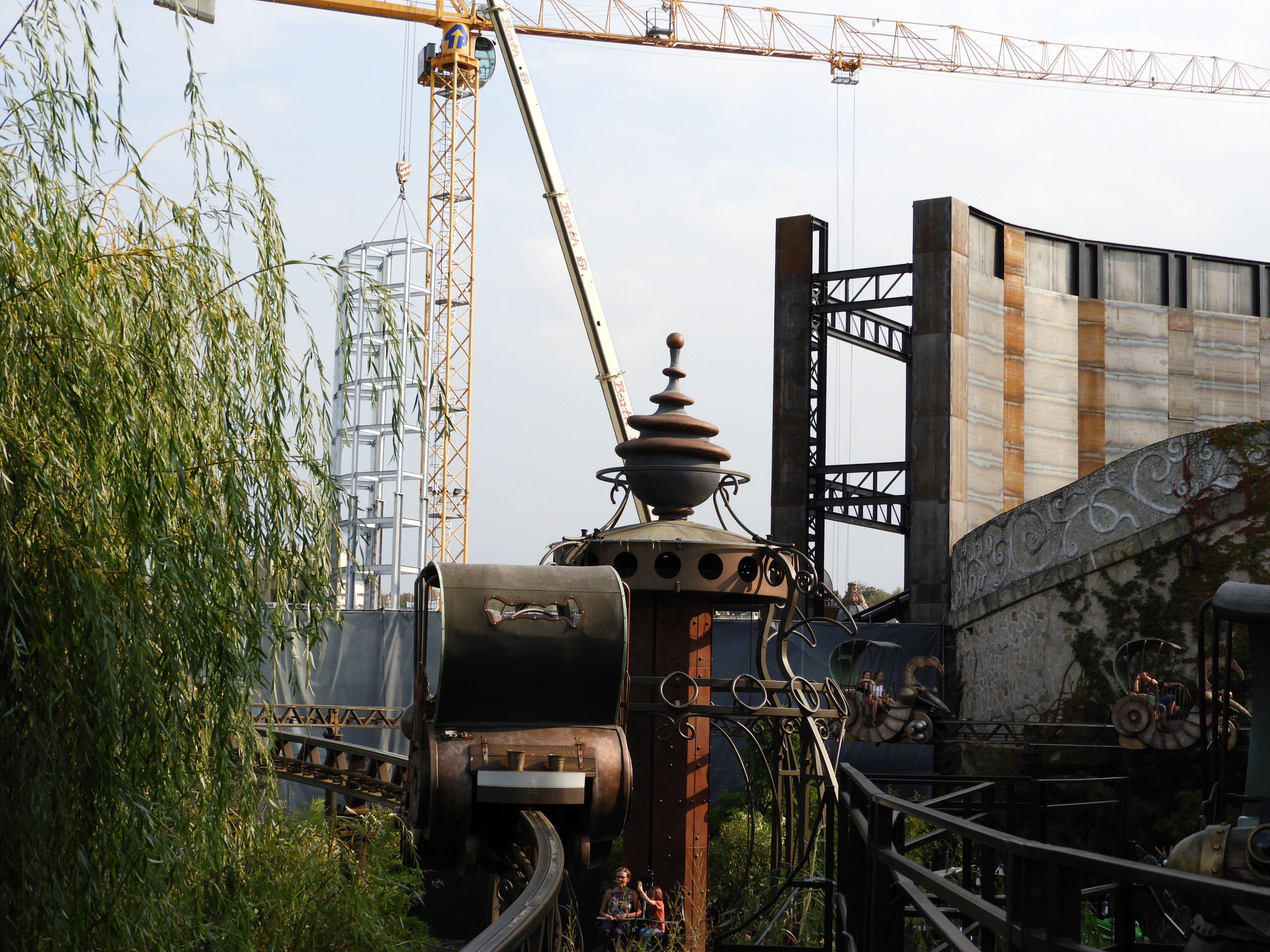 Yes, we posted it on Facebook too, but it’s clear that obviously this side will receive walls as the neighbors of Phantasialand are so close. 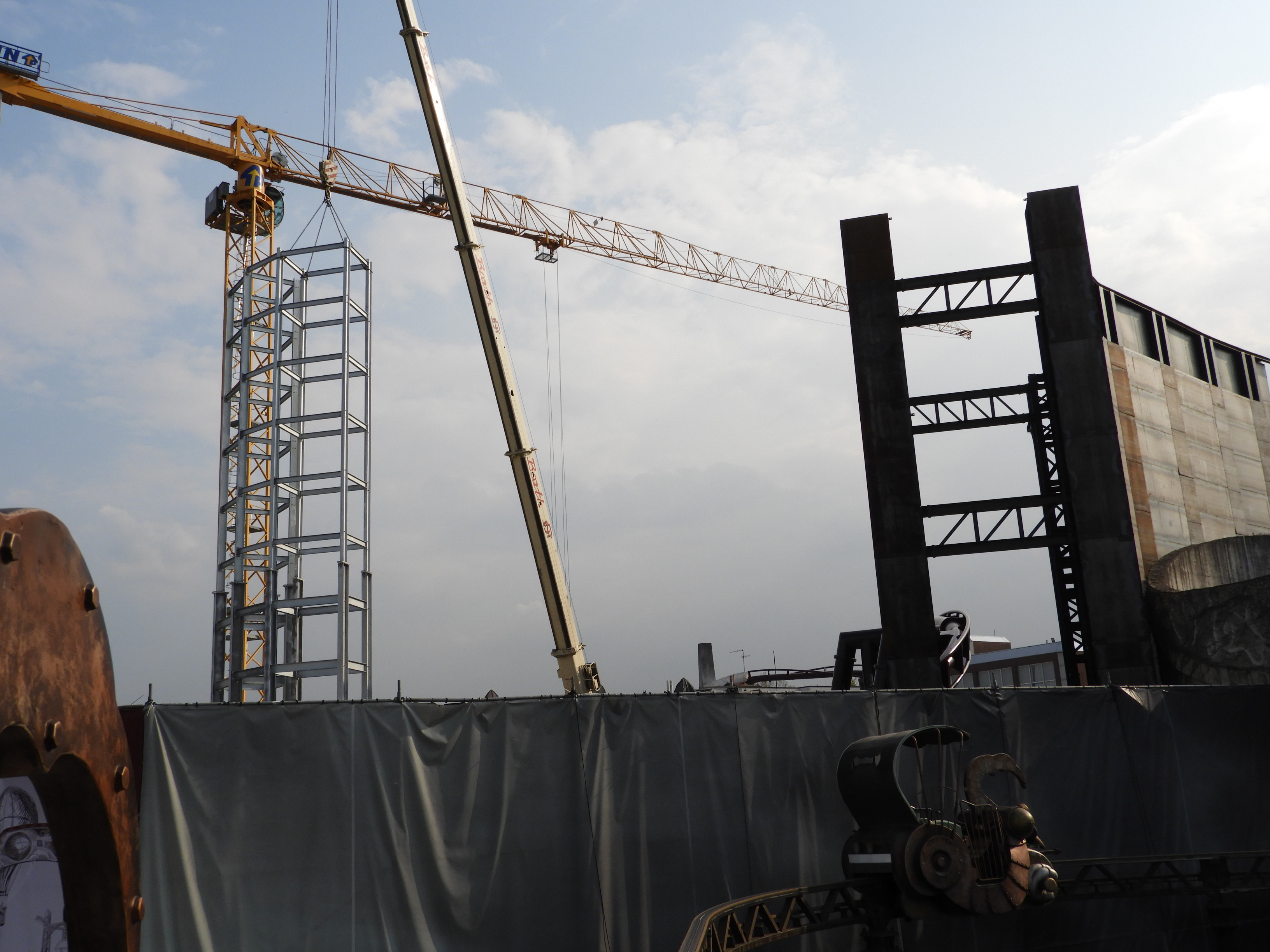 Now, as coaster fans, let’s zoom in on those tracks! The wall is also a nice near-miss element for the flying coaster. 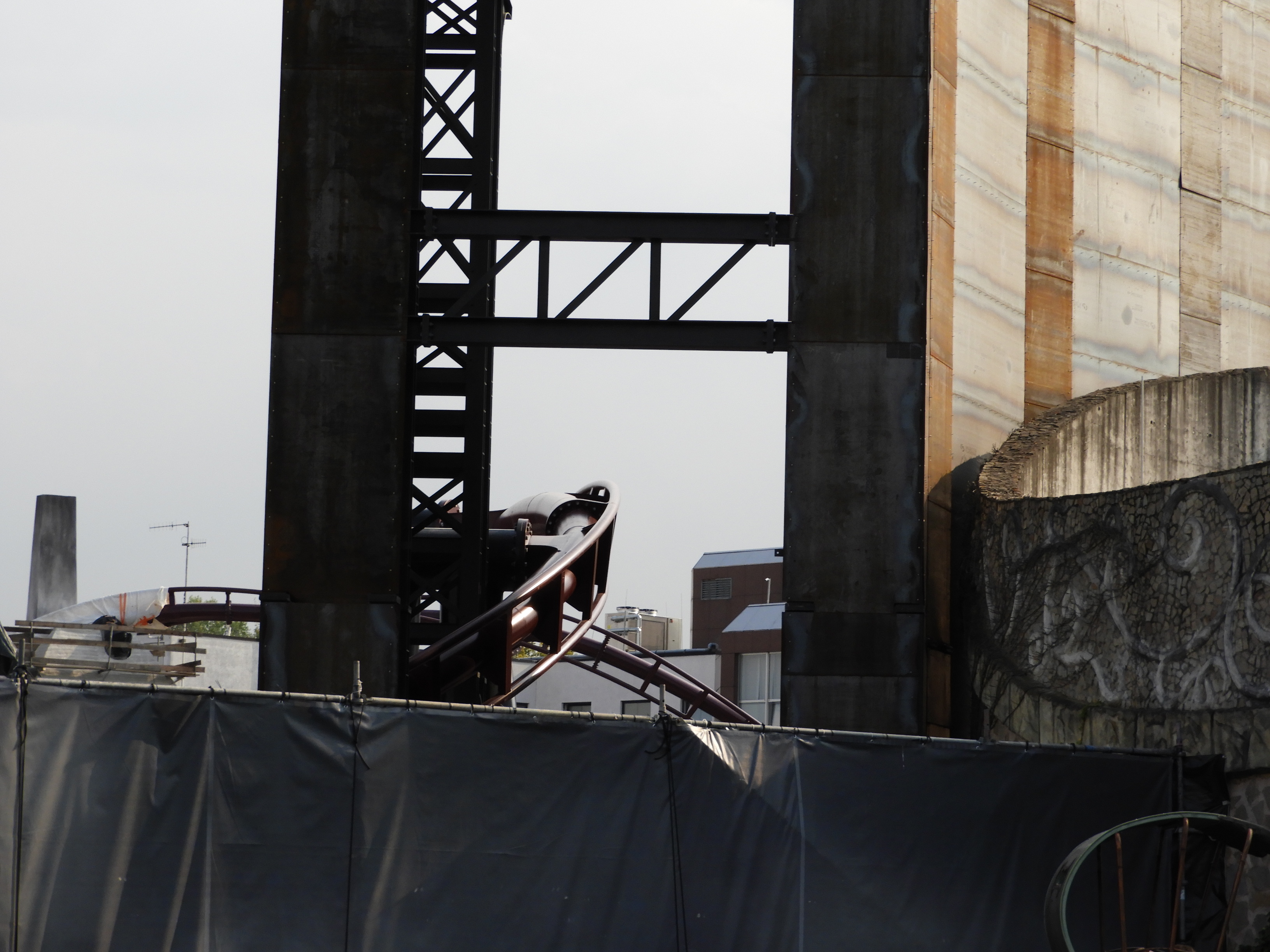 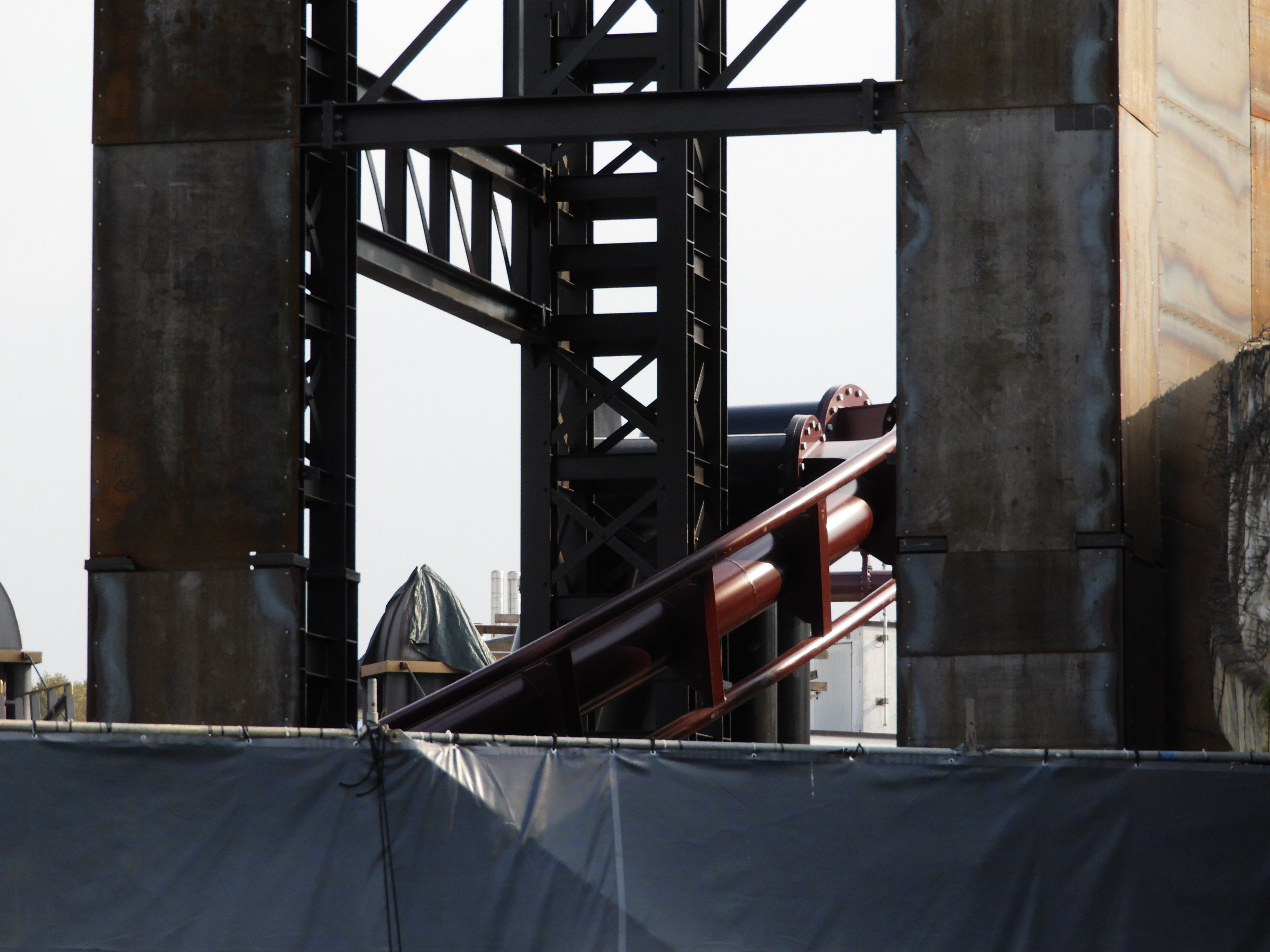 As we were passing by, they were attaching the new steel tower to the already installed one earlier that day. 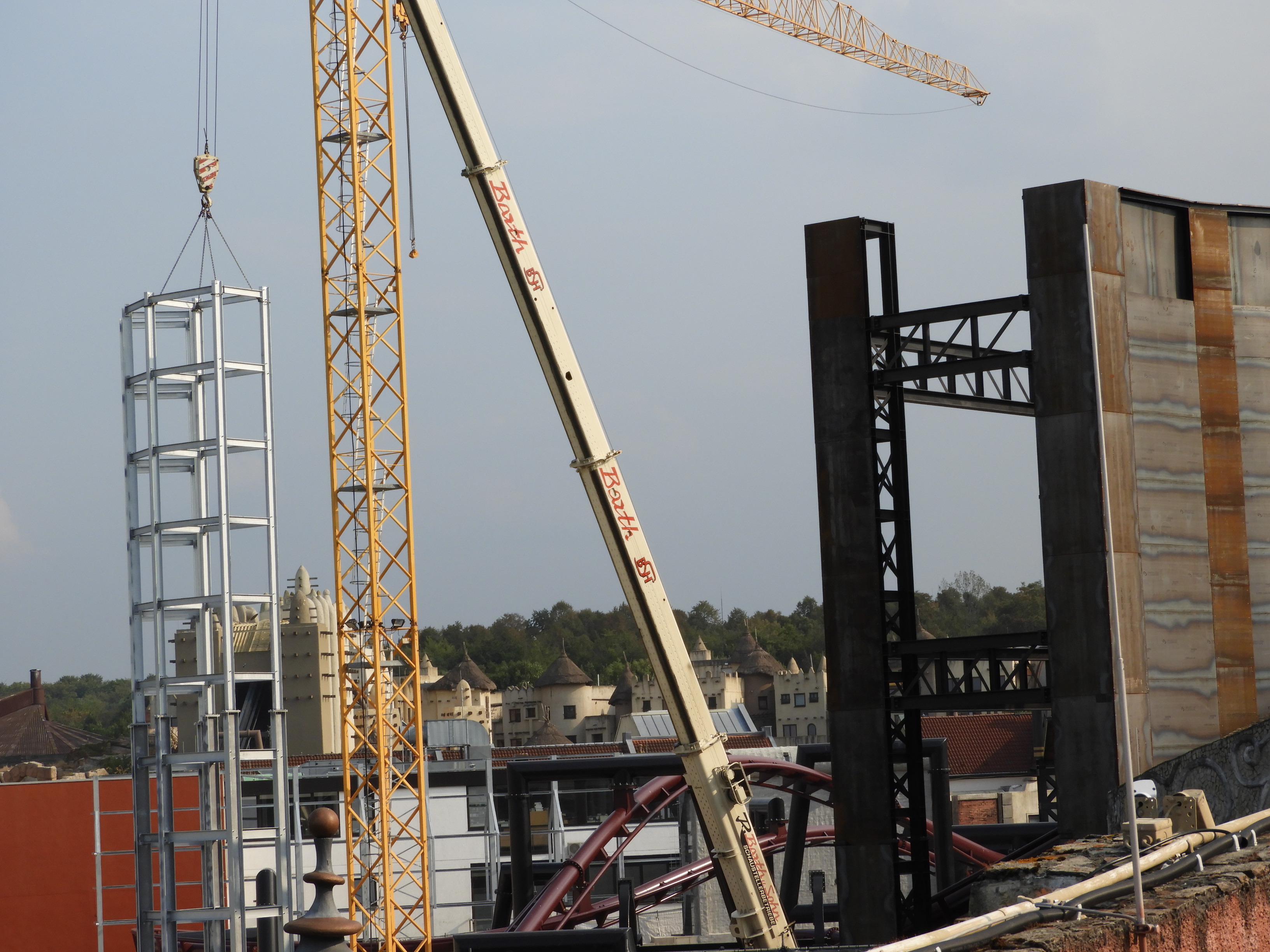 Zooming in again, we love the color scheme used for the ride. We know that Phantasialand likes it black, like Taron and Black Mamba. But the red will blend in nicely with the steampunk theme of the area. 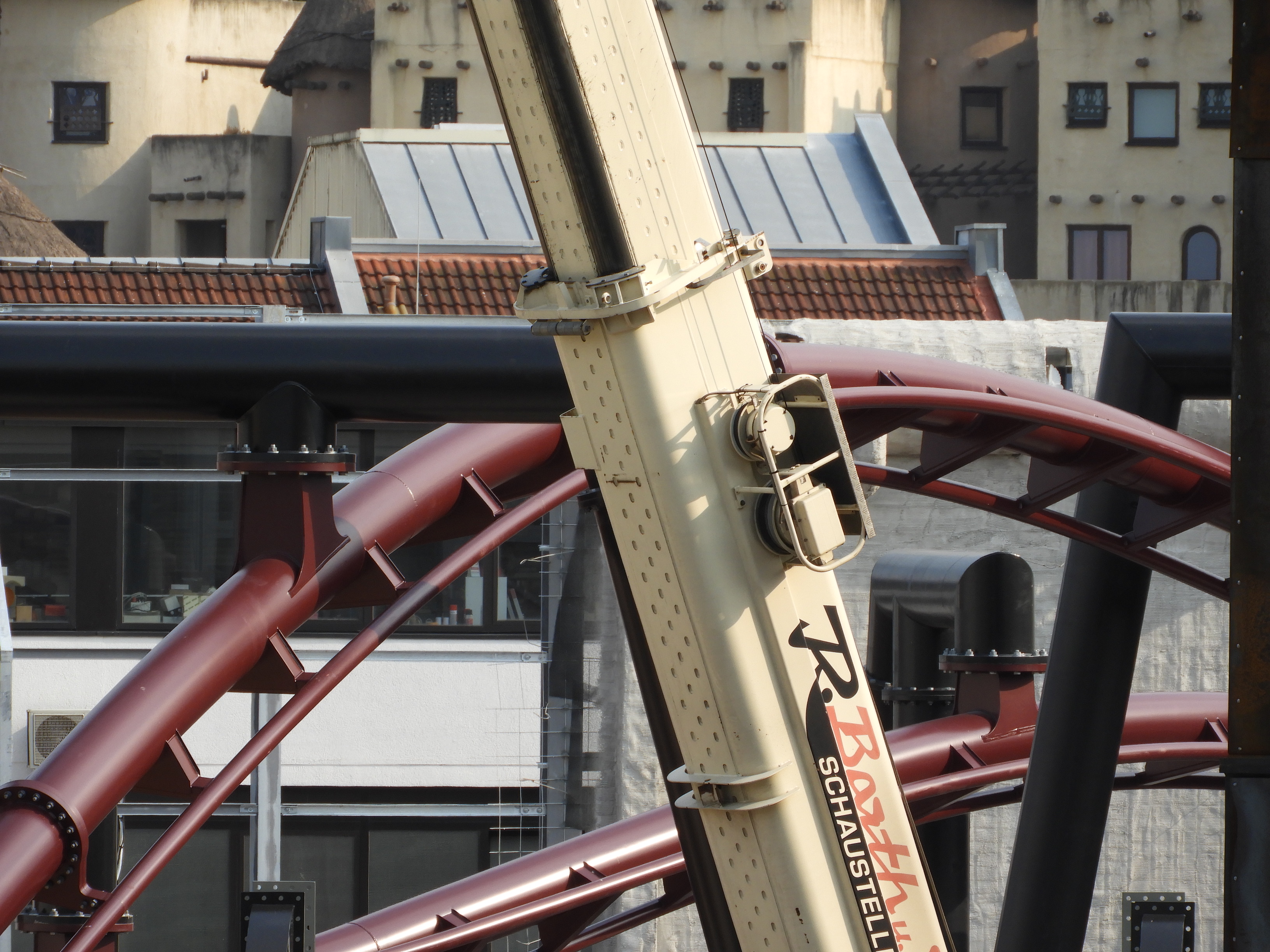 F.L.Y. will also have inversions of course! But how many, that’s an interesting question. Personally, I’m also hoping for some nice Fly-To-Lie elements like in Air/Galactica. 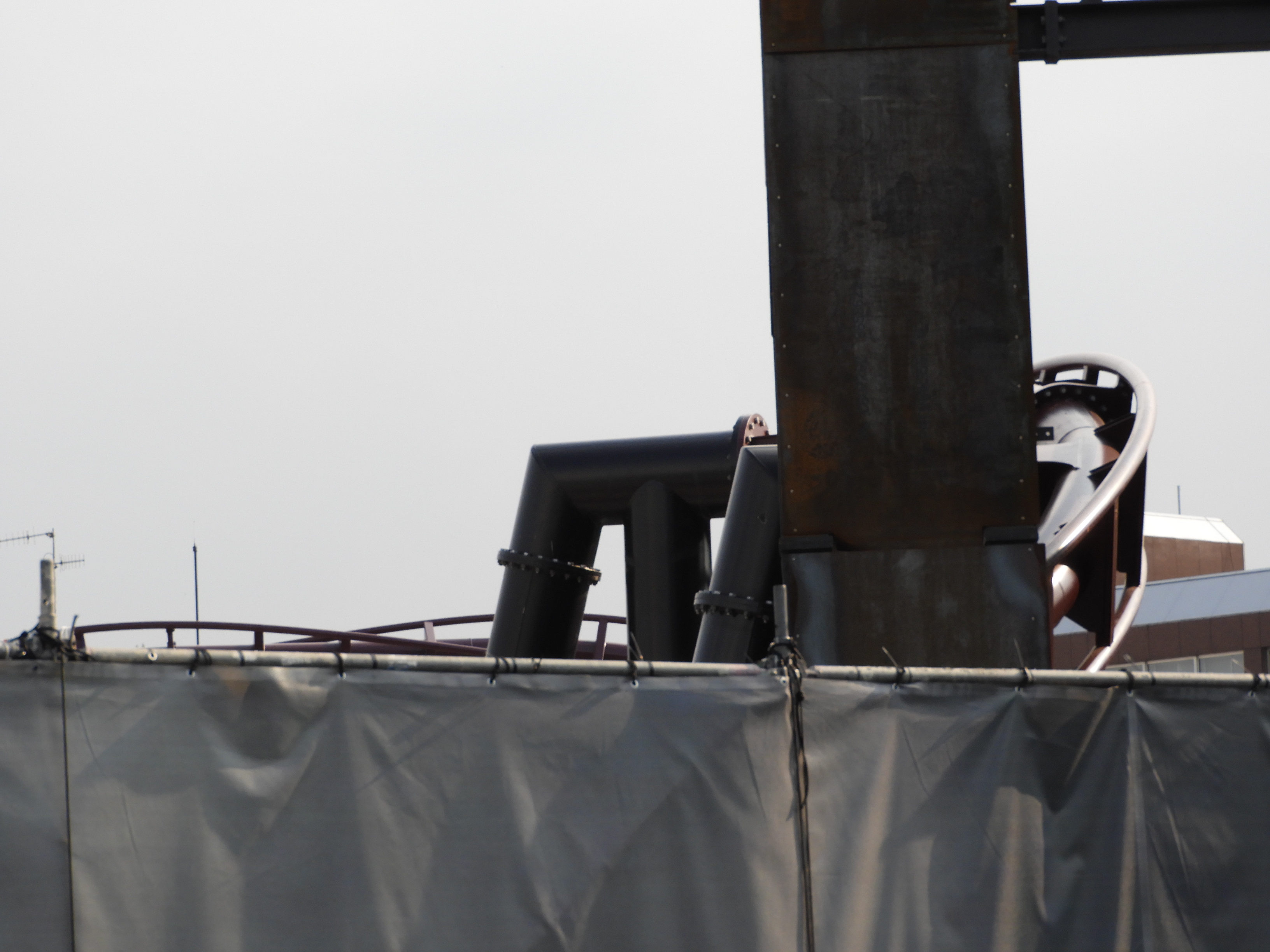 The Berlin main street will definitely be an entrance to Rookburgh. You probably have already seen a pic, but of course we have to include one! 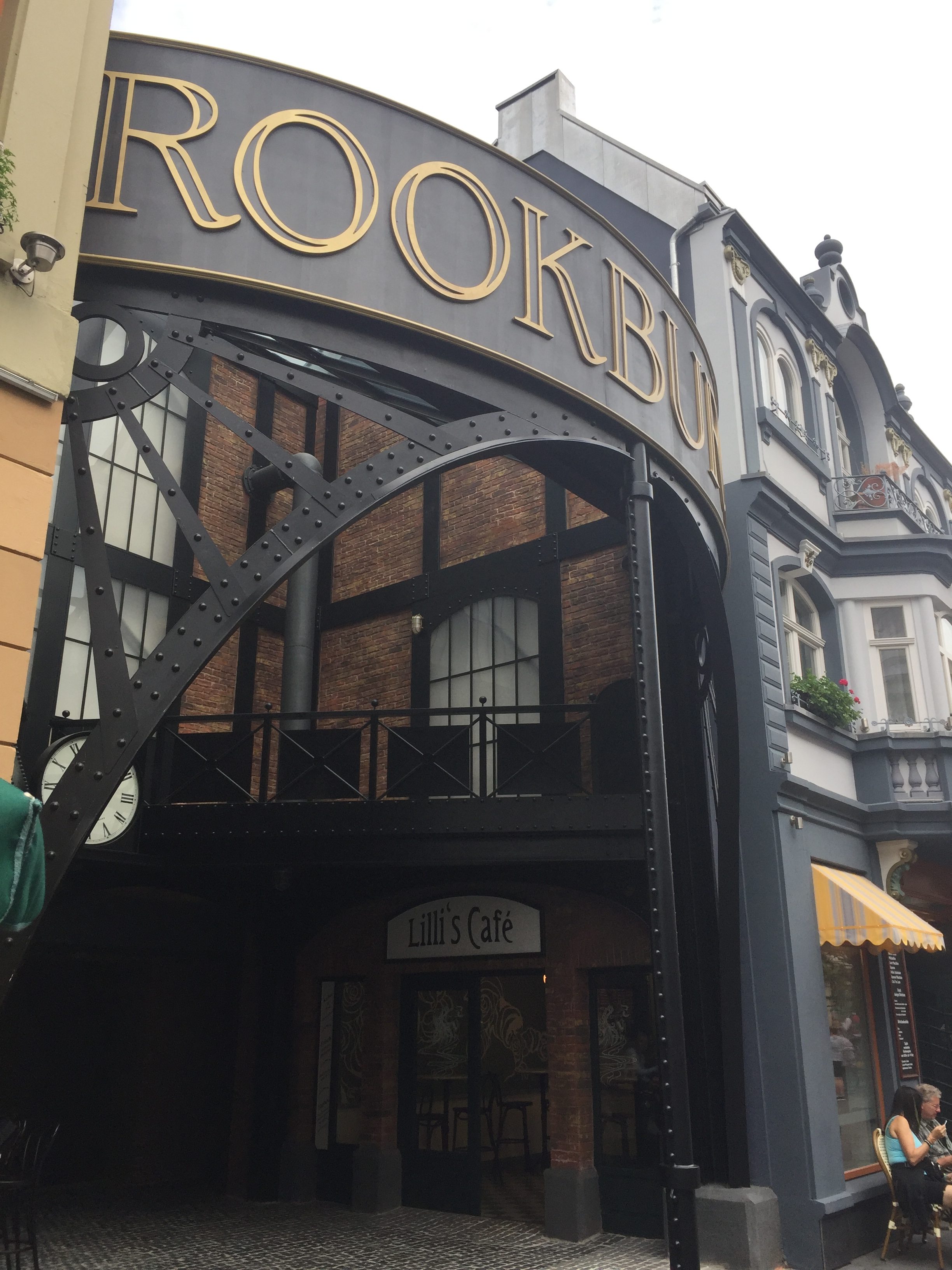 Today, our Spanish corespondent Alex was still in the park and guess what, they built another tower already! Of course this will also have a consequence, when the whole wall is built, we won’t see much anymore from this side… 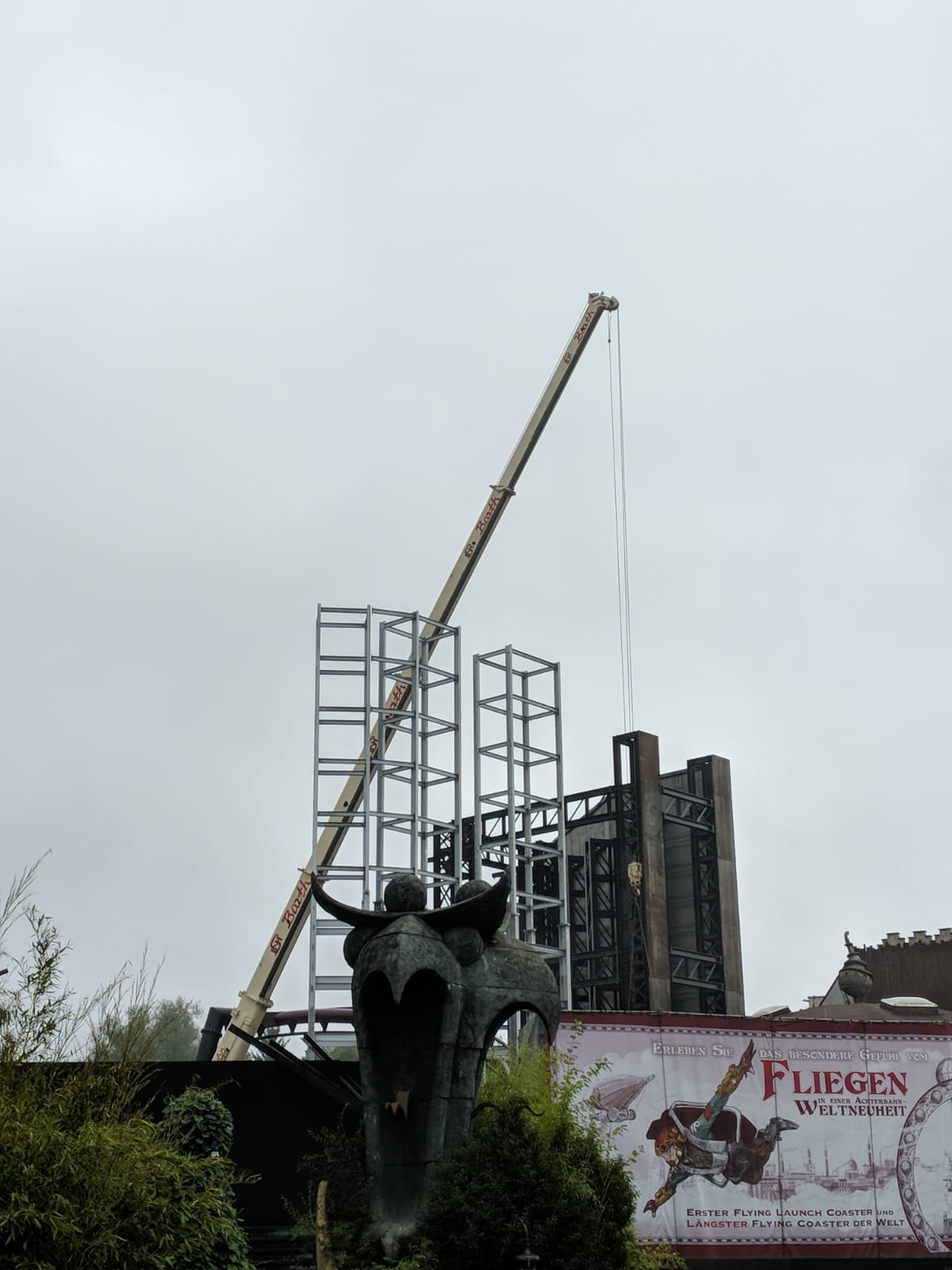 Luckily, on the Berlin side, we can also spot the construction! 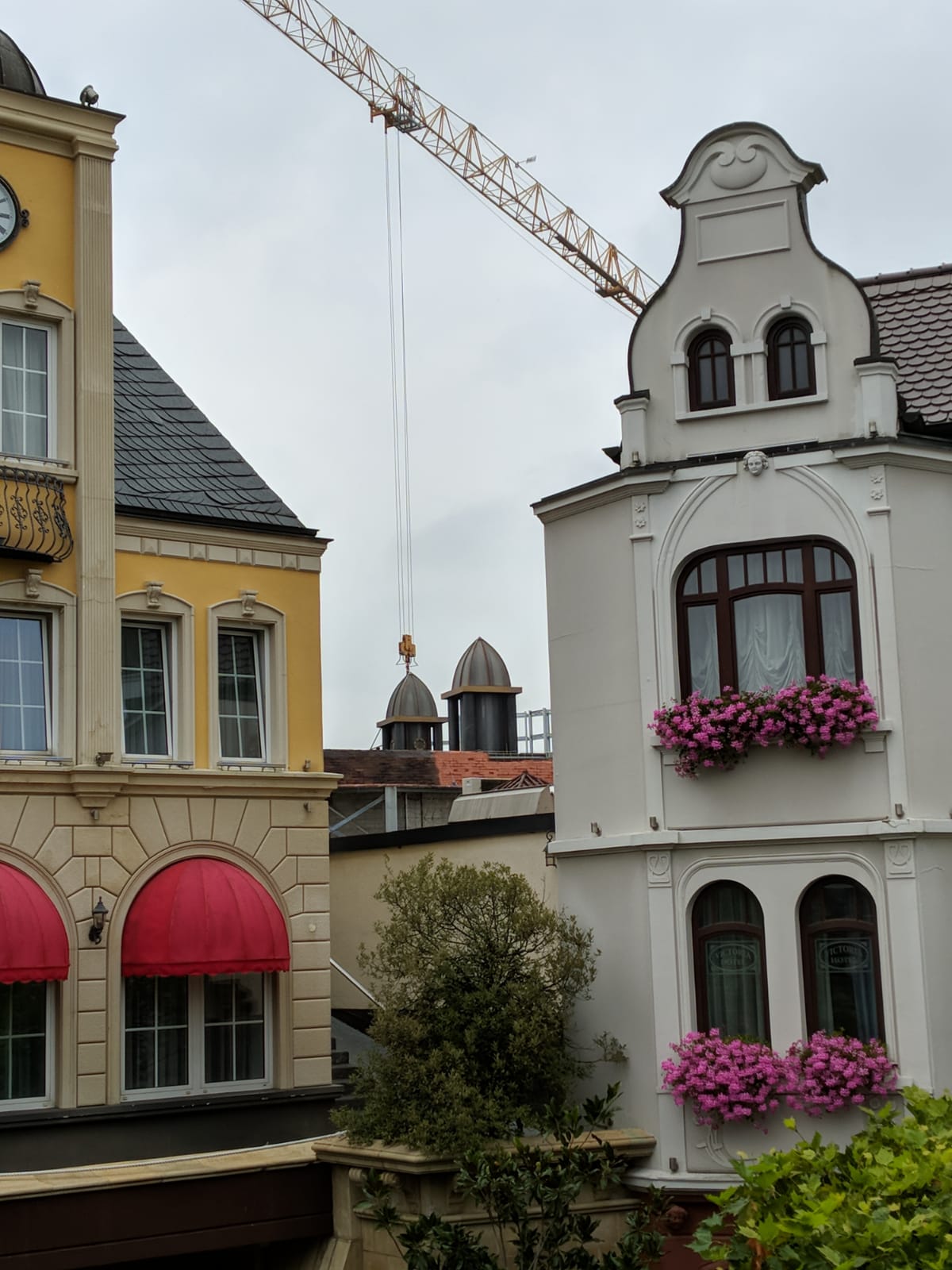 Rookburgh will be such a wonderful addition to the park, and will bring yet another unique theme that will blend well with the current Berlin area. 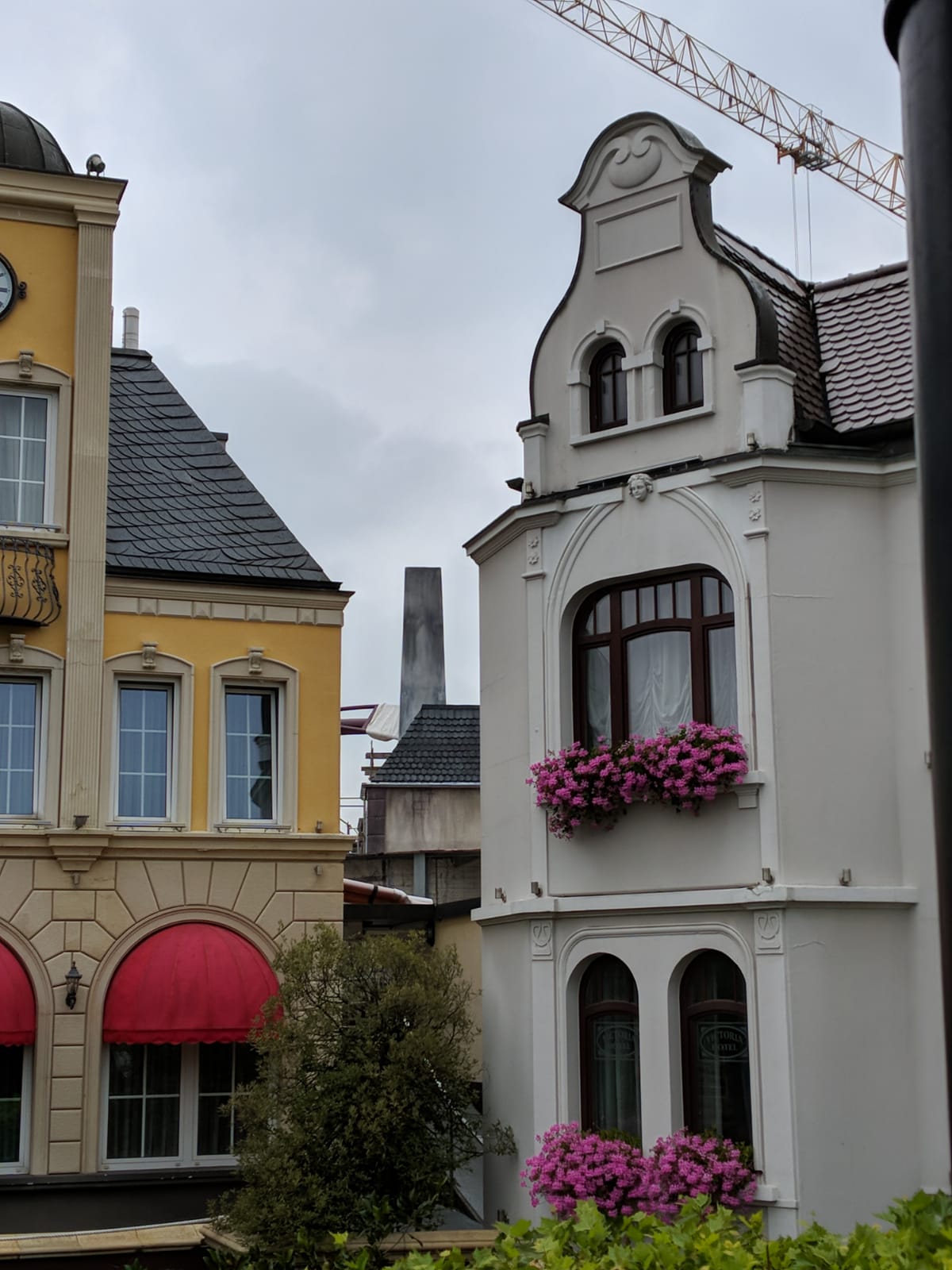 The cranes also continued working with another piece of Rookburgh hanging in the air. Probably a piece of roof, but who knows for sure. 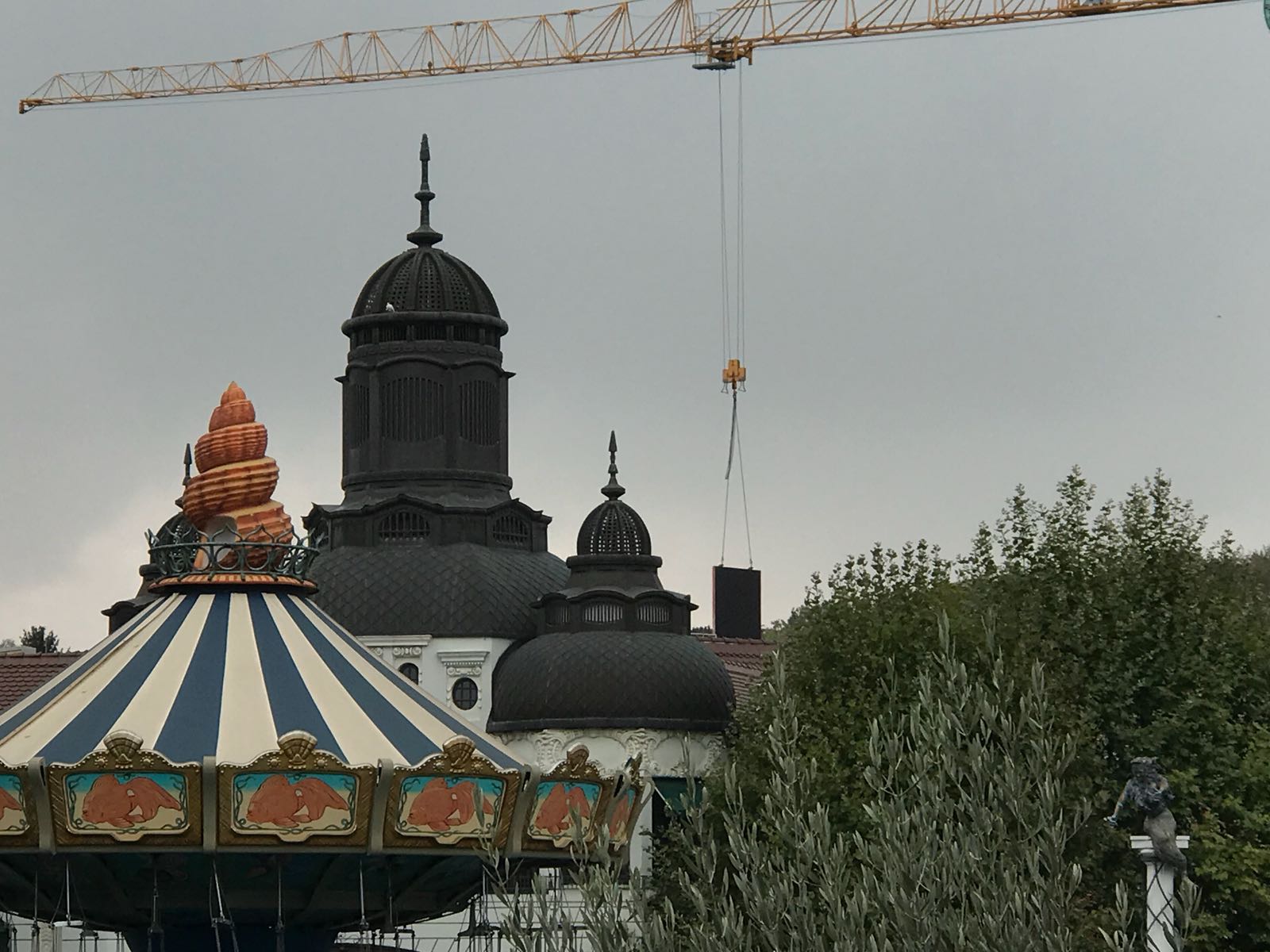 We’re very excited for this ride. Fingers crossed for opening next year, but it all depends on what else they will have in the area besides the coaster. Luckily, Phantasialand is already home to some of the best rides in the world! Like Talocan! 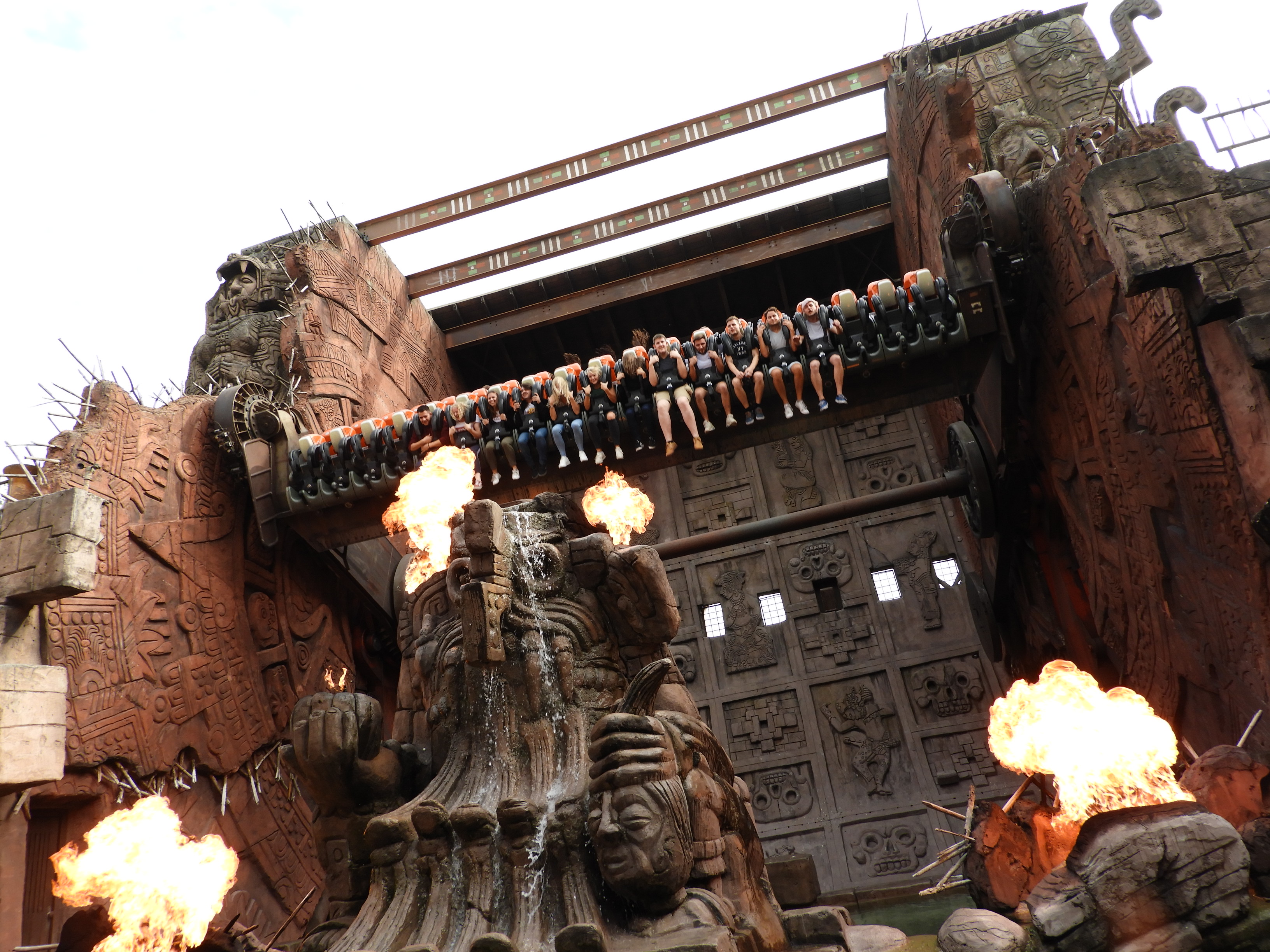 But for now, the best ride of the park resides in Klugheim! 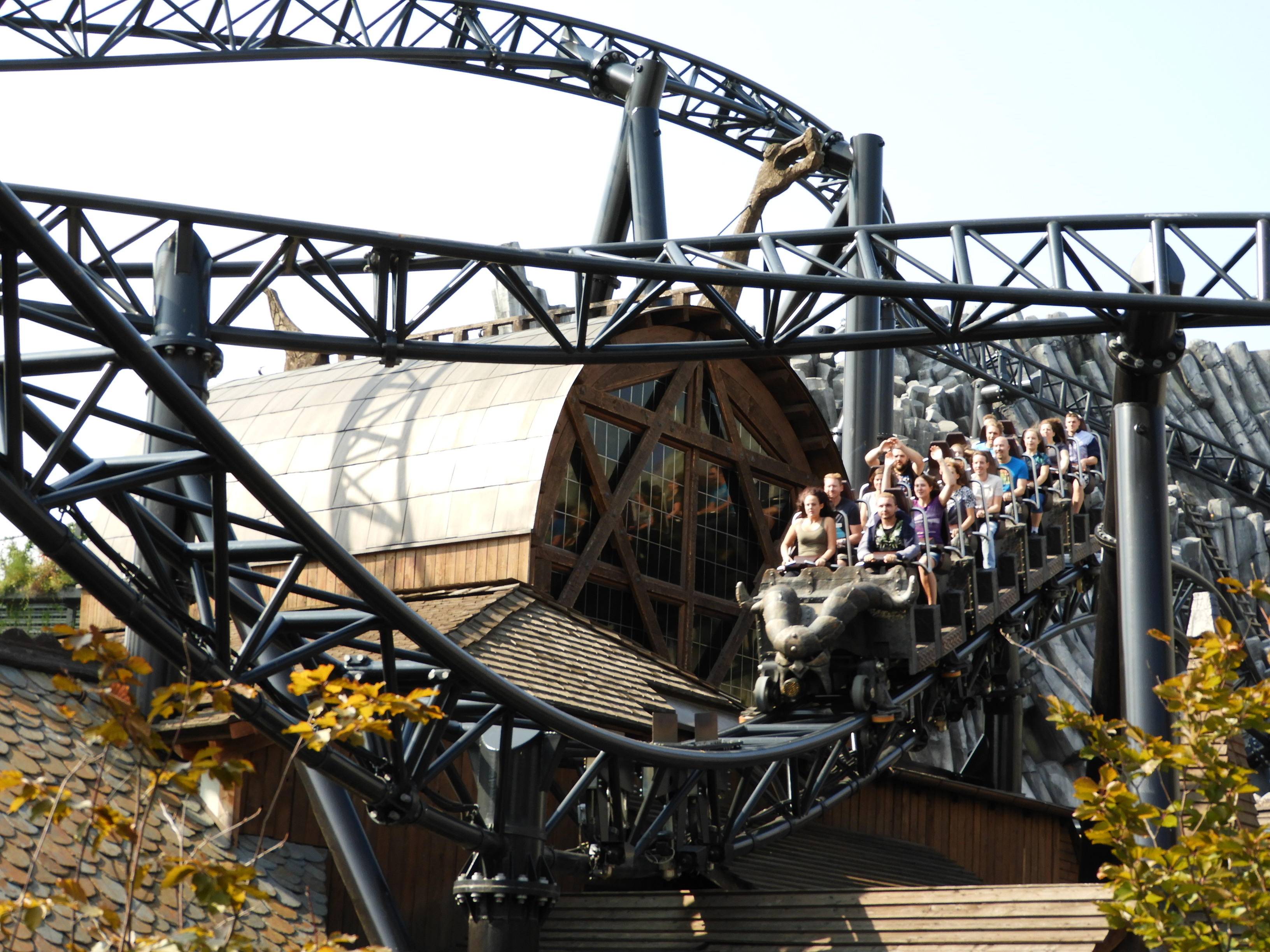 Thank you for checking out this F.L.Y. update! We have lots of other new reports and updates live on the site, check them out: