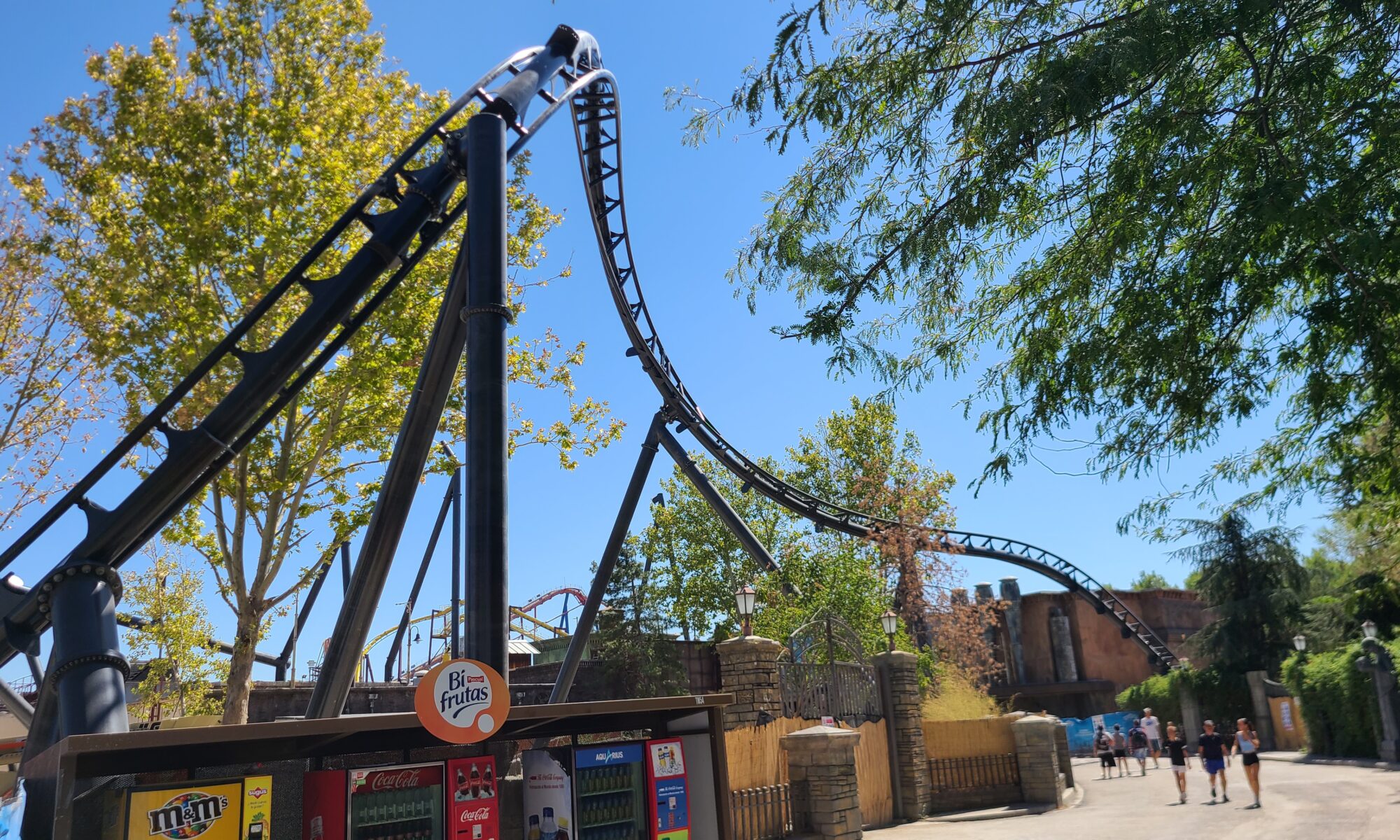 Rapid progress is being made on the approximately 50-meter-tall new Intamin roller coaster coming to Parque Warner Madrid. In today’s update, we examine some of the ride’s new supports, features, and display buildings in greater detail.

The new rollercoaster will be the fifth major roller coaster at Parque Warner Madrid and will be located near the DC Super Heroes World. Previously, the park included a Batman motion simulator attraction comparable to the one constructed at WB Movie World Germany, which is now known as Time Riders. This attraction has been dismantled from the Spanish amusement park, but the queue and pre-show structures remain. Part of the existing ride buildings will be used by the new roller coaster for scenic components and to house some of the attraction’s launches.

The multi-launch Intamin roller coaster will have a beyond-vertical spike in addition to smaller and larger forward and reverse launches, making it a full-circuit shuttle coaster similar to Pantheon at Busch Gardens Williamsburg. However, the coaster’s dimensions and features are more comparable to those of Jurassic World: Velocicoaster, but shorter.

The coaster will travel a double up into an elevated corkscrew after launching from the station and spike area, where the old Batman simulator ride was located. This feature will immediately precede the ride’s iconic beyond-vertical top hat element.

New supports have been meticulously positioned in DC Super Heroes World so as to minimize the loss of existing theming. A set of taller parts will cross over the Gotham City sets, but the track for that has not yet been laid. The majority, if not all, of the track is stored on-site alongside Coaster-Express, the park’s wooden roller coaster.

Below is a closer look at the roller coaster’s 147.6-foot tall top hat. In addition to the main launch heading into the top hat, the towering top hat portion features a beyond vertical drop. Additionally, the ride’s wave turn has been installed. Over the Gotham City sets, new supports have been meticulously built.

We’ll conclude these photographs with a view of the ride from the park’s entrance. This is the largest attraction they’ve introduced since launching as Warner Bros. Movie World Madrid in 2002, and it’s already a really legendary addition to Parque Warner’s roster.

Having now seen progress of this new Batman inspired coaster in person, we can with certainty say it has a very Velocicoaster-y feel to it. The scale of the attraction is quite large and the elements so far constructed look incredibly thrilling.

EDIT: we’ve followed up this post with an additional update with new details and photos! Click here to check it out!