It’s been a minute since we’ve paid a visit to one of our favorite indoor theme parks, Nickelodeon Universe. There’s been some big changes, so we thought we’d clue everyone in on what’s new!

– Over the years, many of our images have popped up on other sites and forums, awesome that our coverage spreads, not so awesome that not everyone mentioned where they got the images from. We are totally fine with our audience using our images, BUT ONLY IF credit is given to cabincrewcoasterkings.com. Thank you! 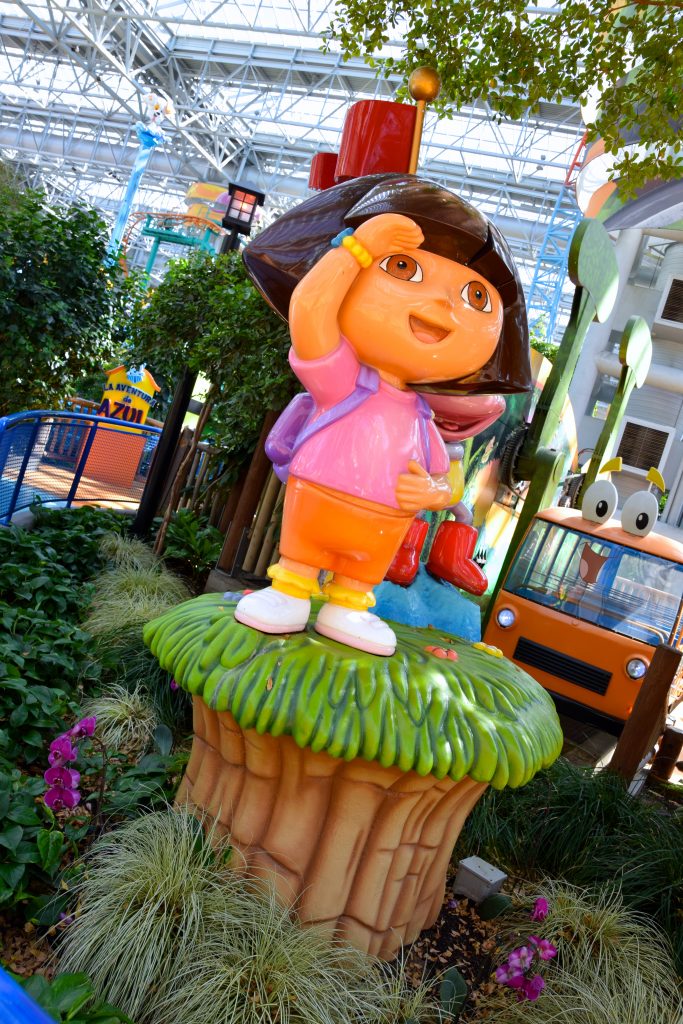 (can we just appreciate the orchids, for a minute? Outdoor parks can’t usually do orchids, so kudos to MoA for taking advantage of their greenhouse-like plant conditions) 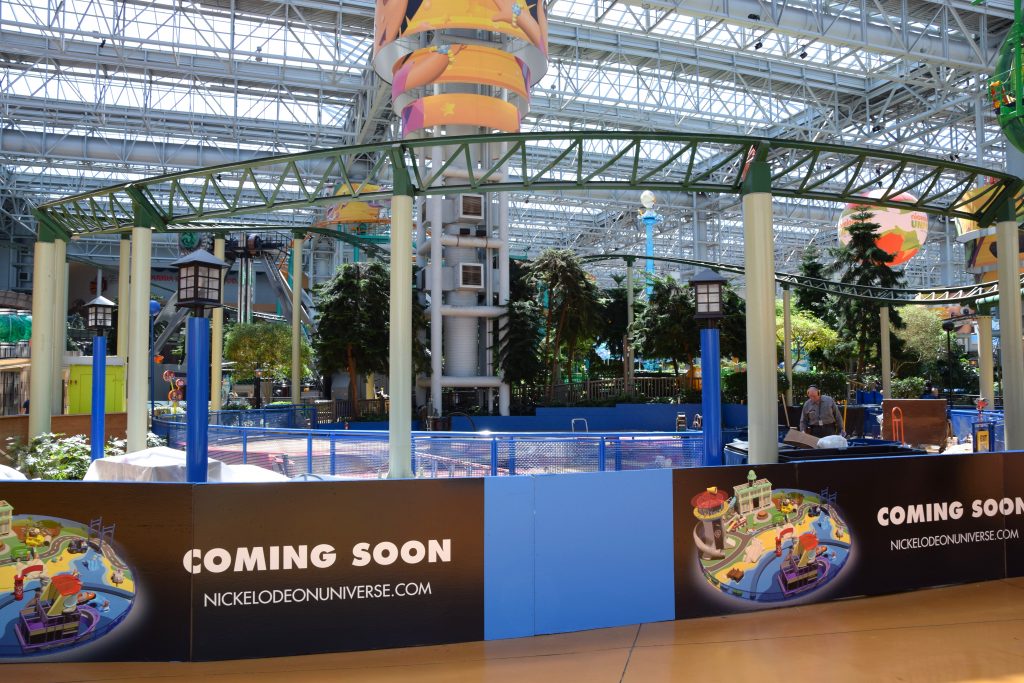 The biggest news to come out of Nick Universe in a while is that Jimmy Neutron’s Atomic Collider is no more. 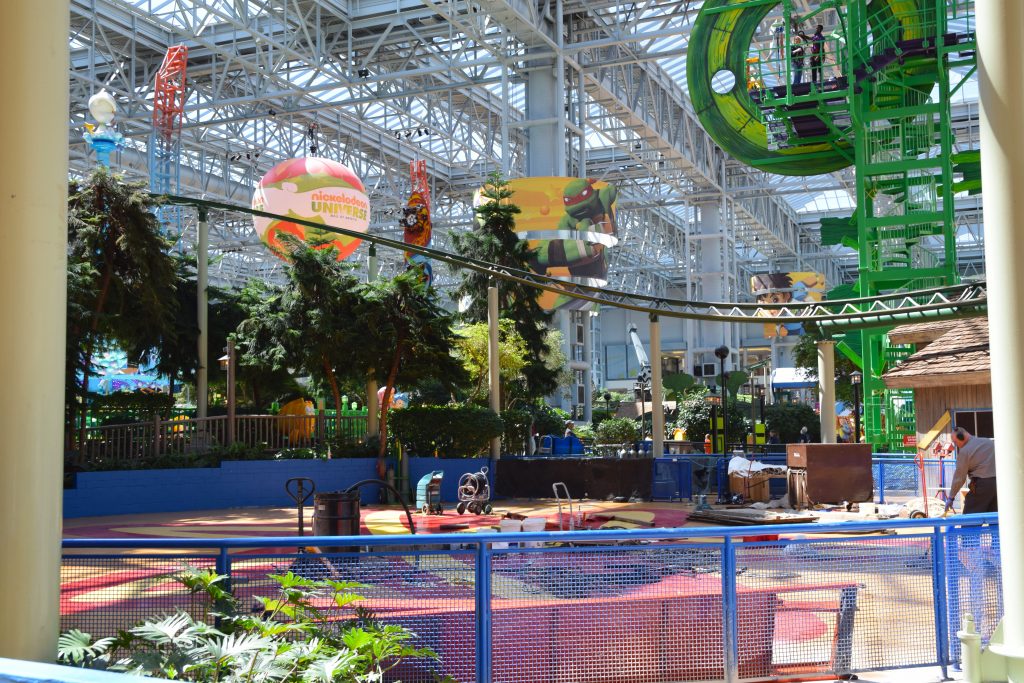 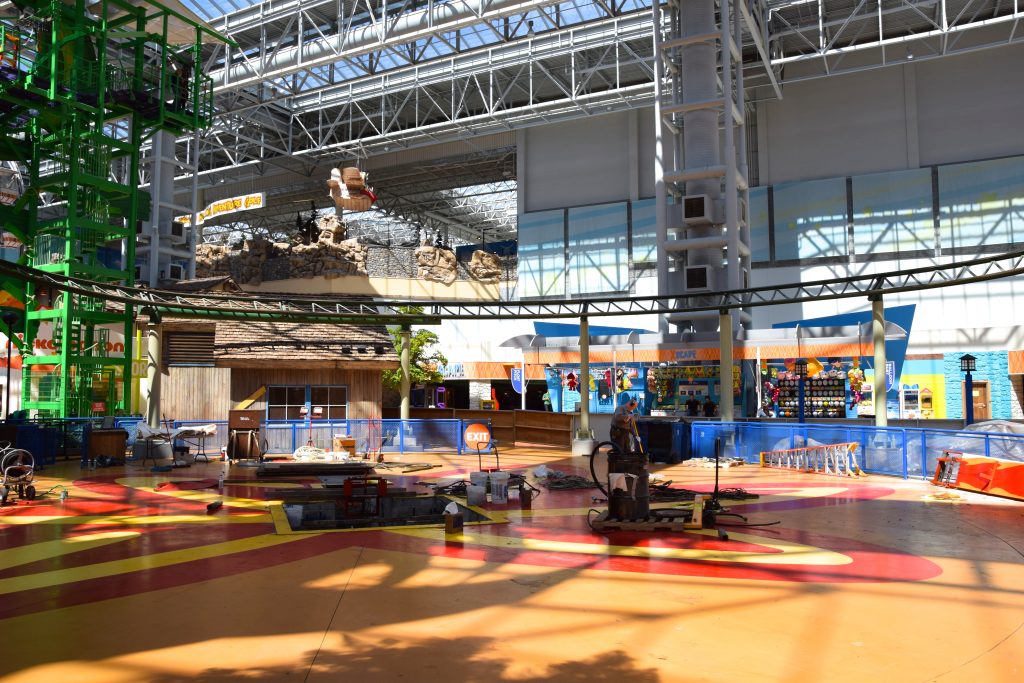 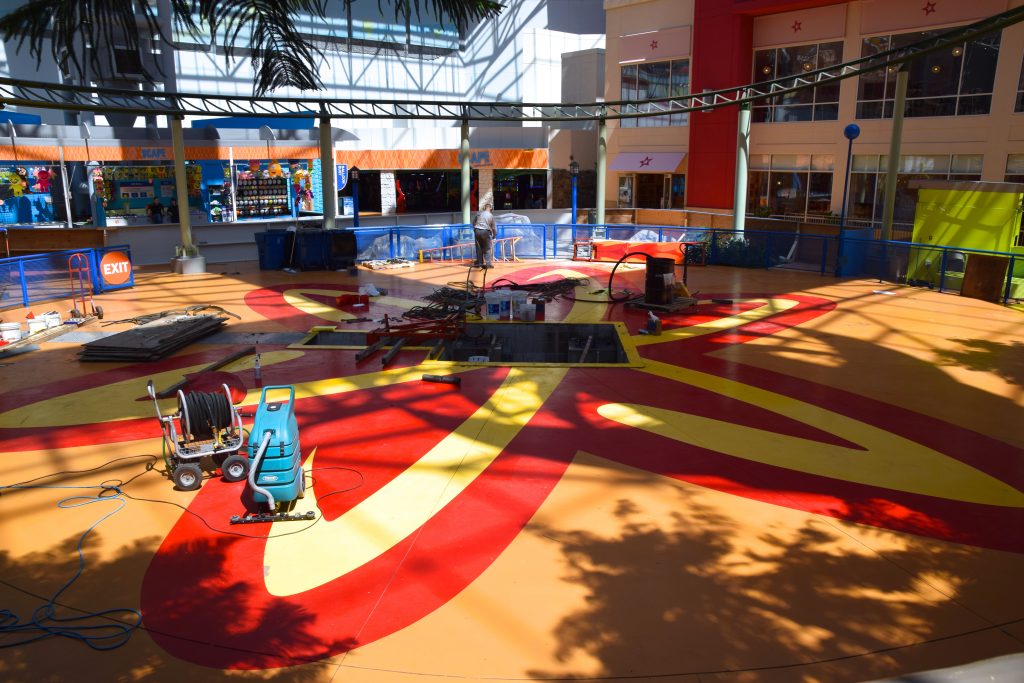 It now joins its Knott’s Berry Farm sibling, the Tampico Tumbler, in the great theme park in the sky. 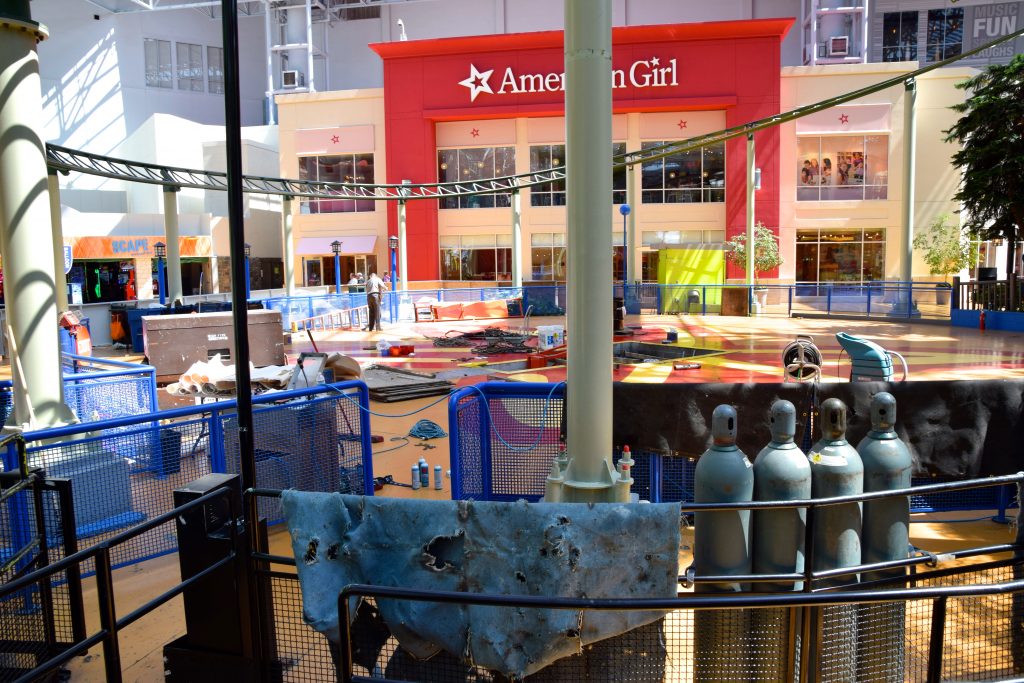 Many fans of Nick Universe saw this coming. The unique ride suffered from unique mechanical problems, and was very particular when it came to weight and balance. 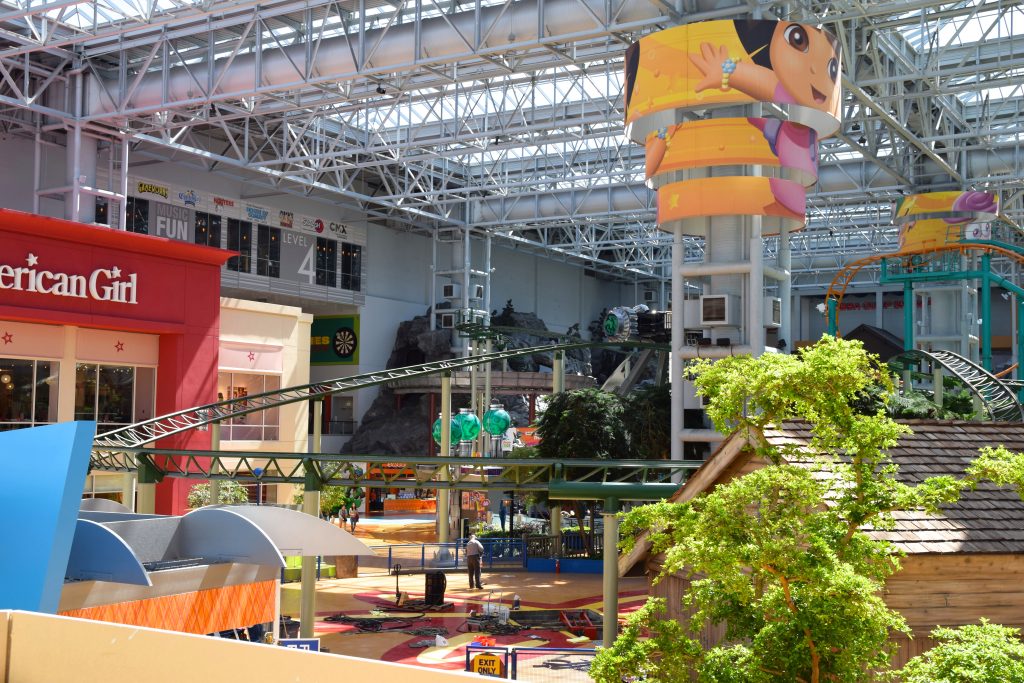 Replacing the ride will be a new Paw Patrol-themed playground. It’s not as exciting as a ride announcement would have been, but a free-play playground is something that Mall of America lacks – it will surely be a huge success. 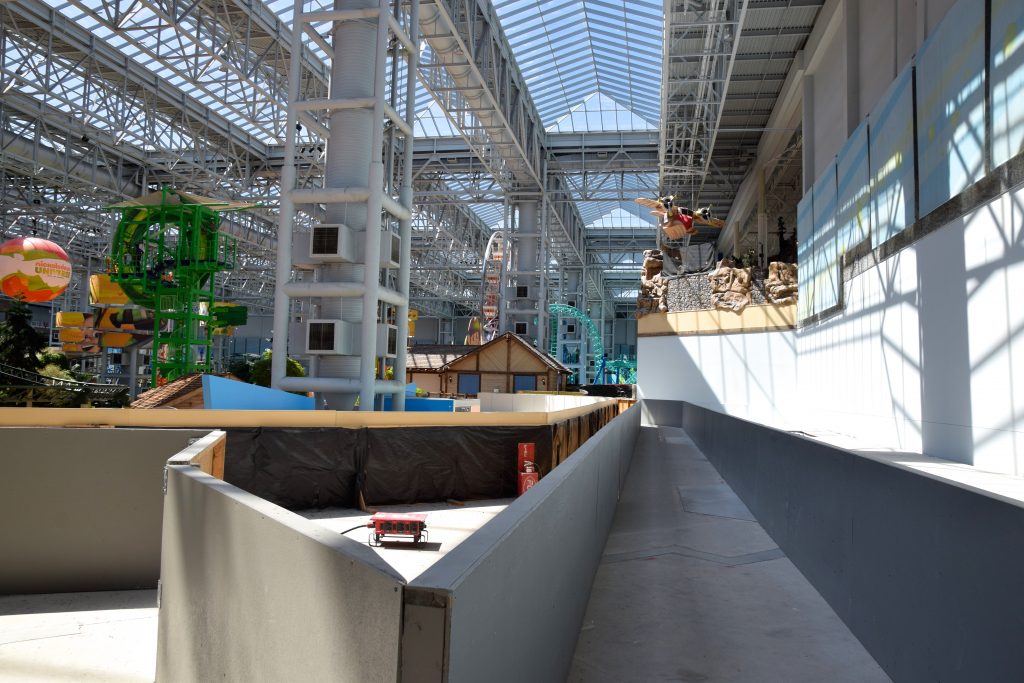 With Jimmy Neutron now gone, the northeast corner of Nick Universe is virtually devoid of attractions. I’m standing here in a (publicly accessible) walkway that occupies the northeast border of the park. 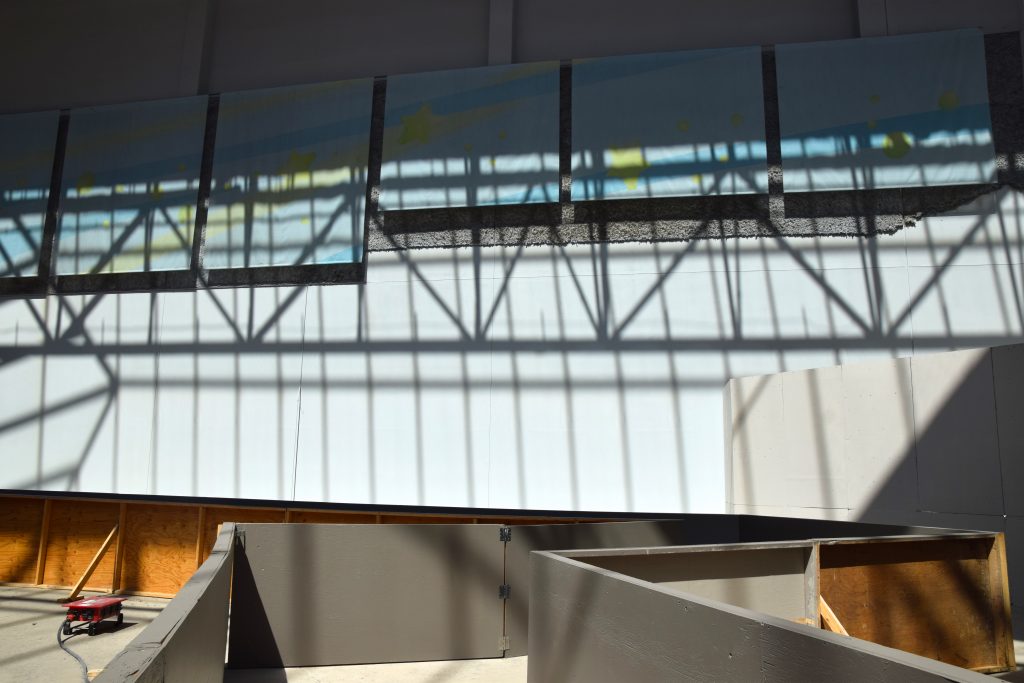 This area, once home to Camp Snoopy-related establishments, is primed for redevelopment. 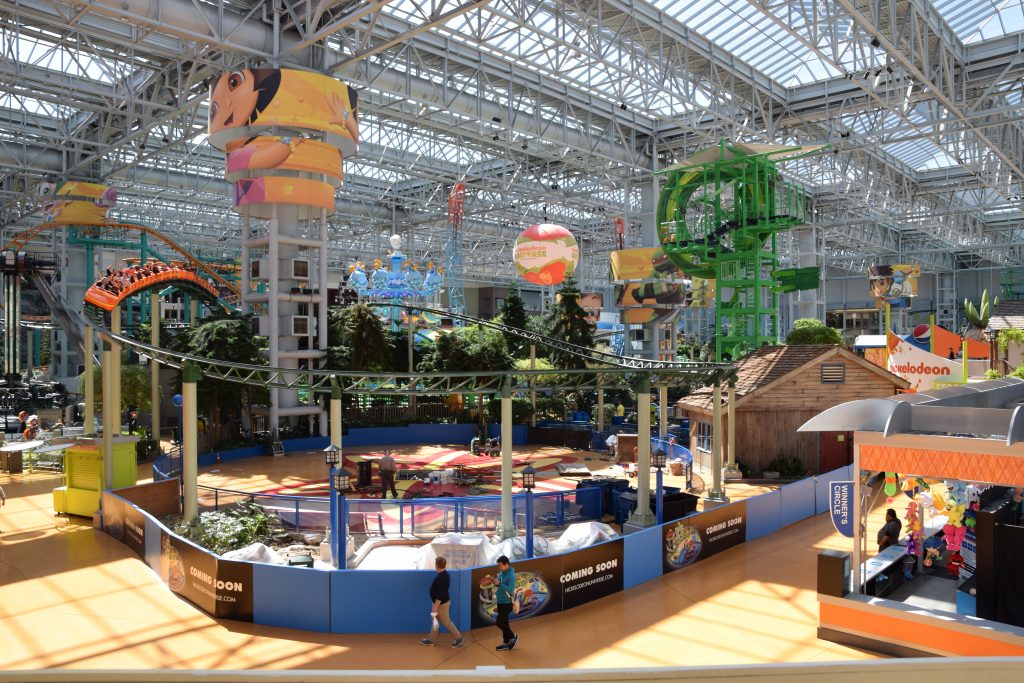 Just below us is the Jimmy Neutron site, two small arcades, and a collection of midway games. No rides, but lots of potential! 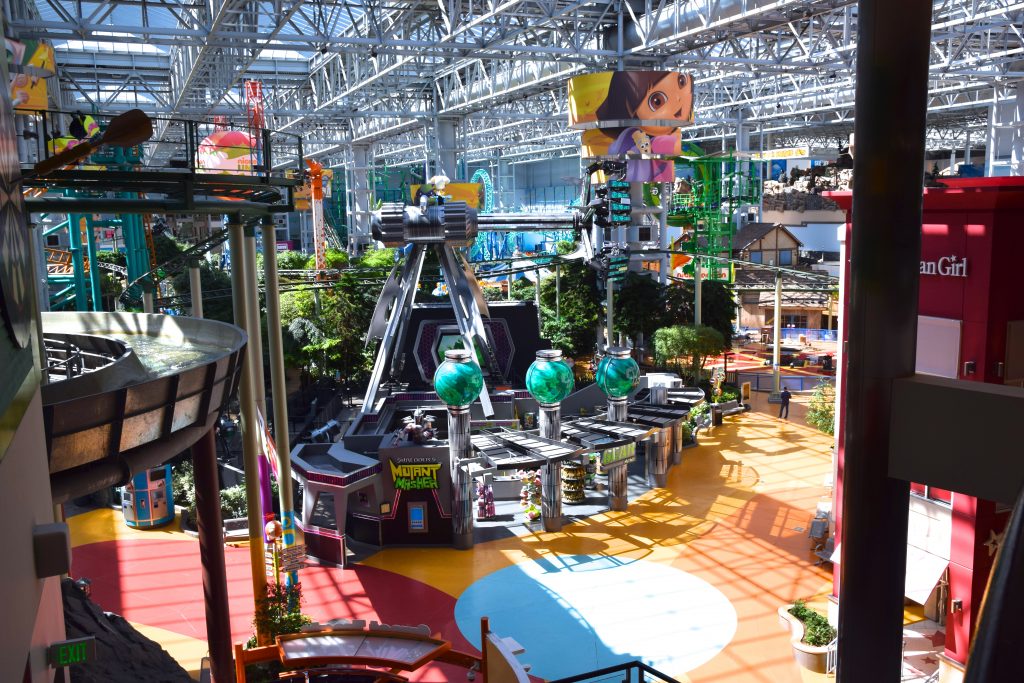 Here’s another view from the east entrance. 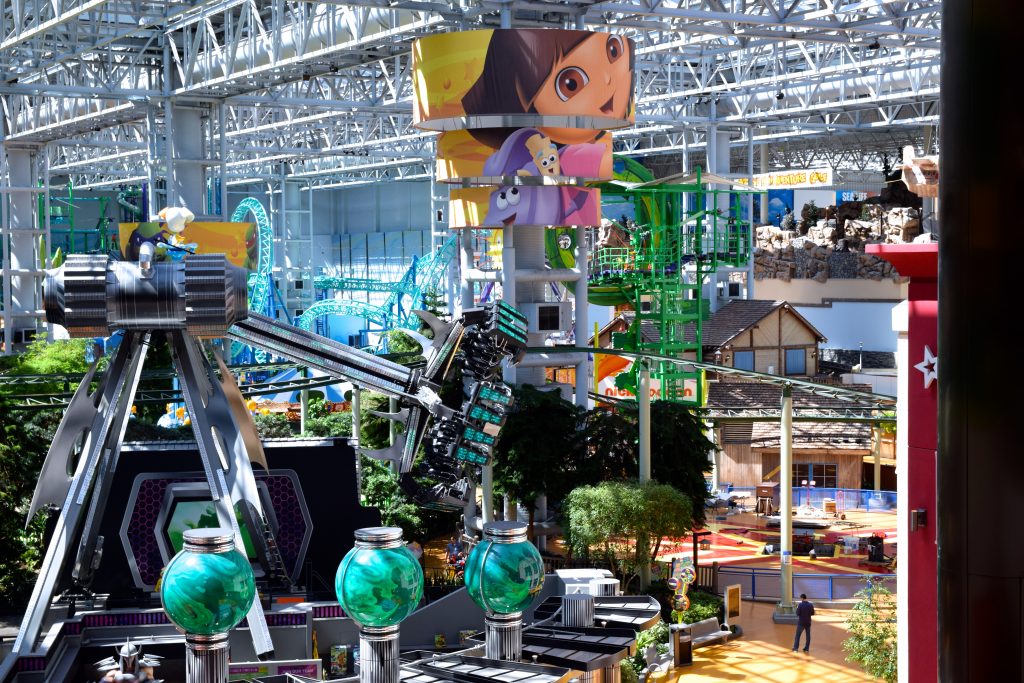 The rustic looking building to the right (second floor) is the last Camp Snoopy structure on that side of the park. It’s accessible on all sides by the public, but is currently only used for administrative purposes. Directly below it is one of two “Xscape” arcades (the other is further to the right). They are satellite locations of a much larger Xscape arcade elsewhere in the mall. 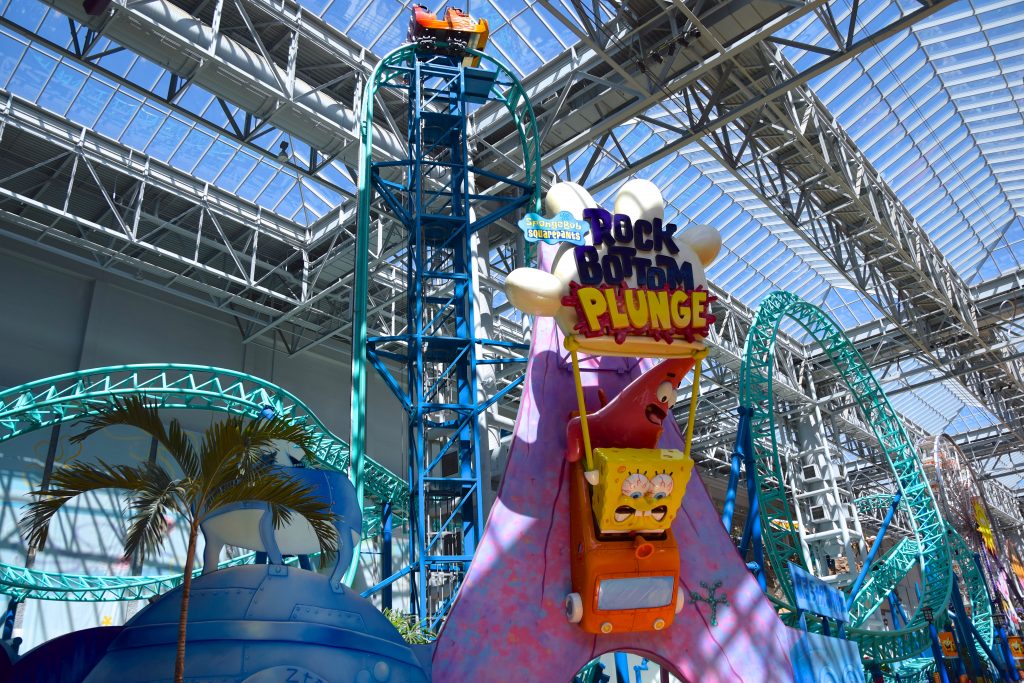 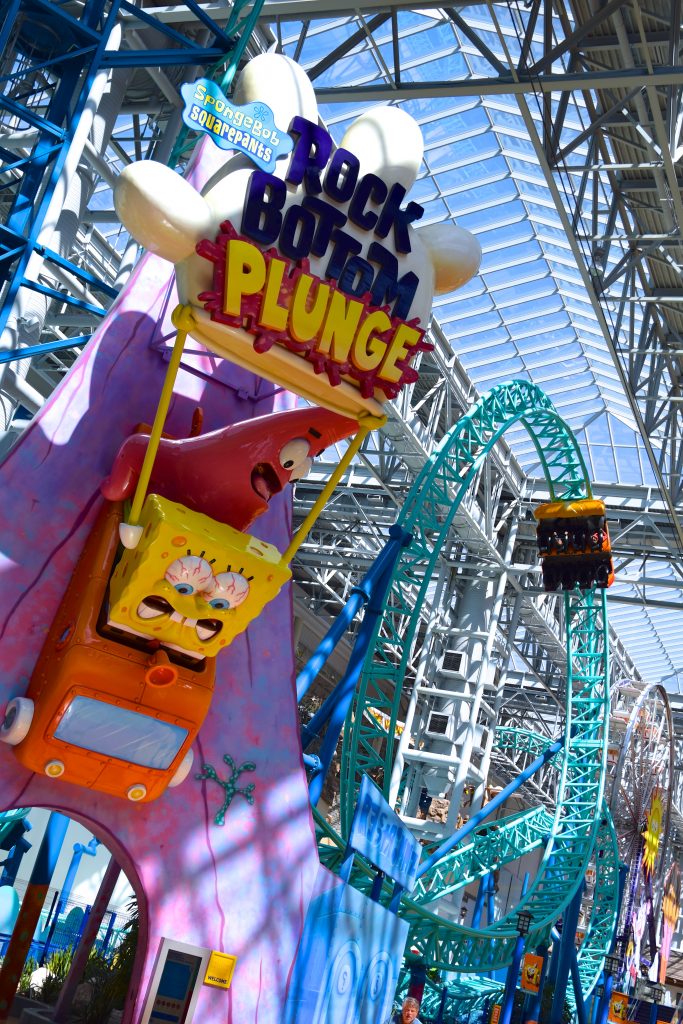 Another coaster would be nice, but the Paw Patrol playground makes a lot of sense. Maybe there’s still hope for a Vekoma Jr. Boomerang or Jr. Invert? 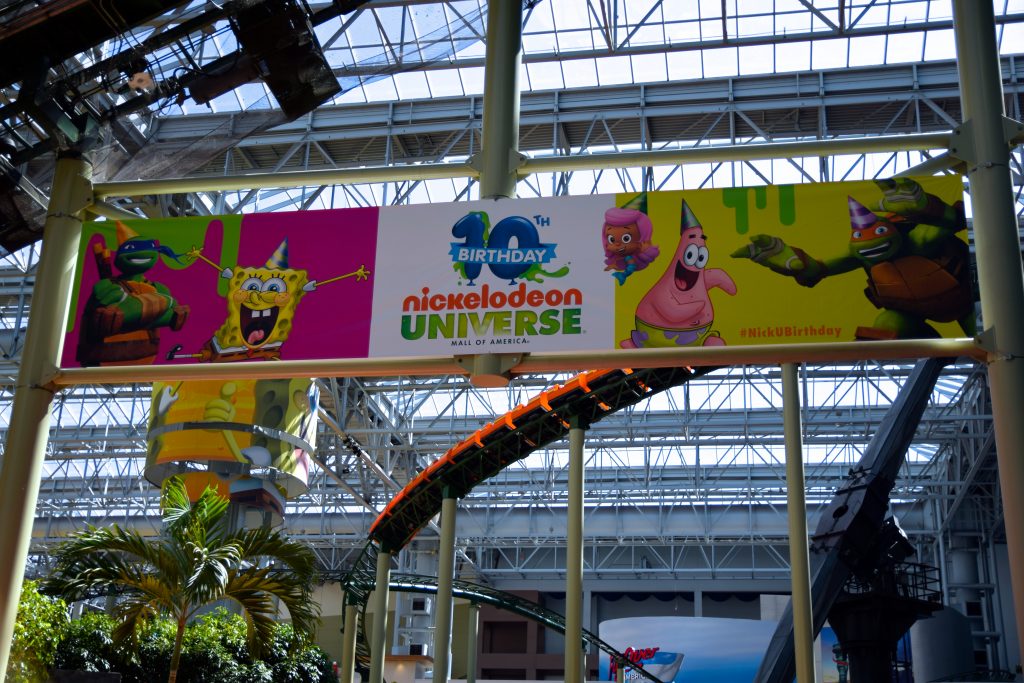 The announcement of the playground came as part of the commencement of Nick Universe’s 10th Birthday festivities; it is expected to open before the conclusion of the event. 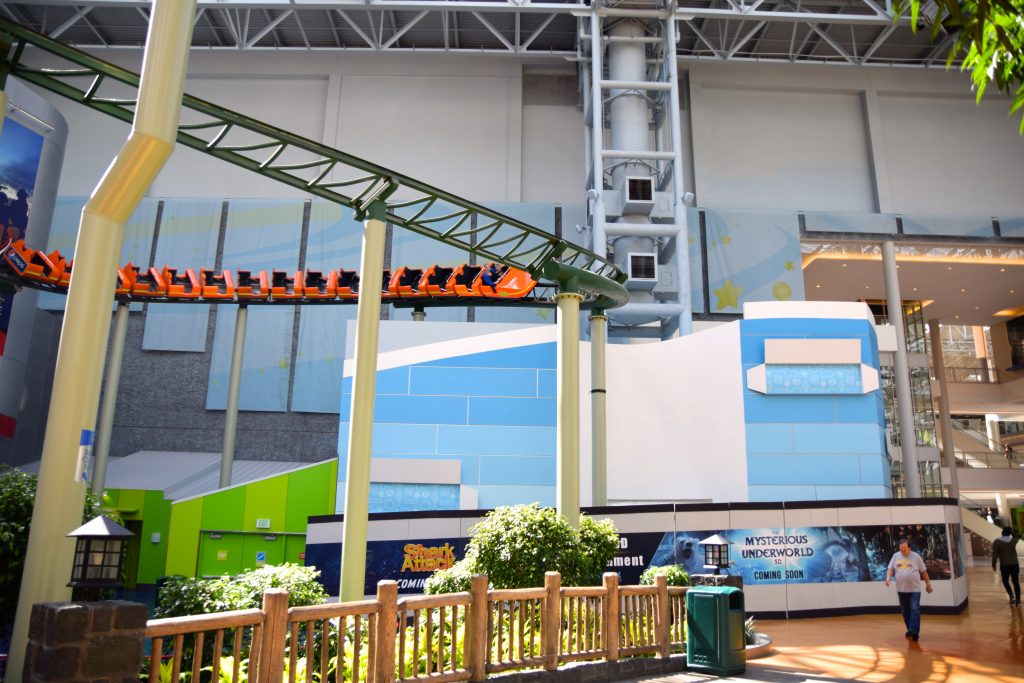 Also new: the shop at the west entrance is being converted into a 5D theater. 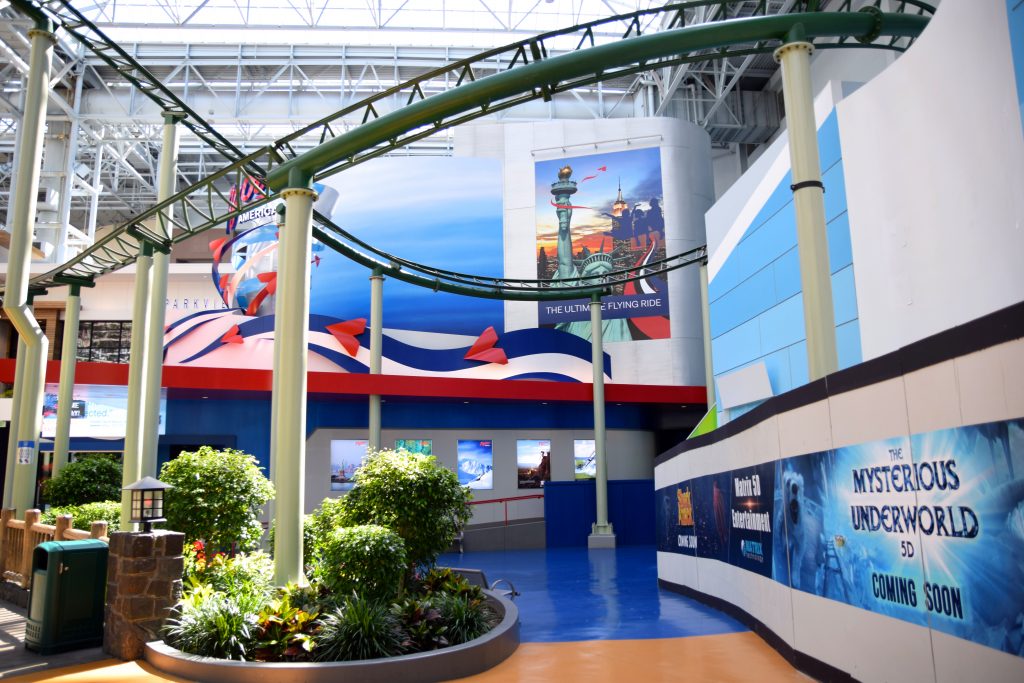 Next to it is another simulation-based attraction, FlyOver America, which has recently introduced a clever sequel: FlyOver Canada.

It was a lovely, quiet day at the park. 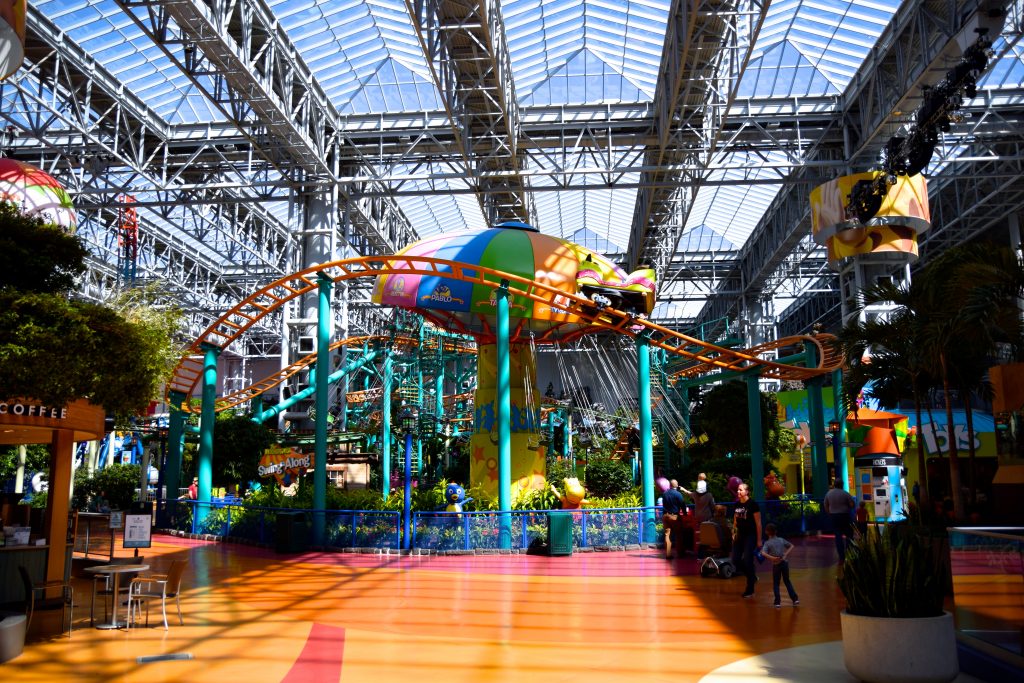 There weren’t enough guests early in the day to run the rides more than every 5-10 minutes or so. 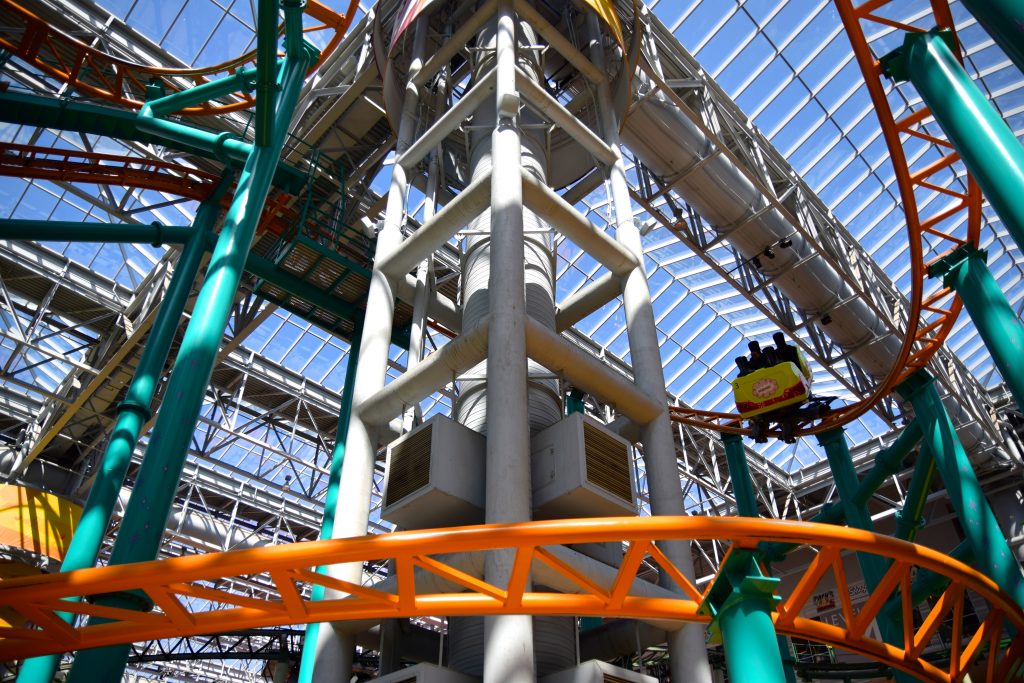 There’s nothing quite like being at a theme park when all the local kids are in school. 😉 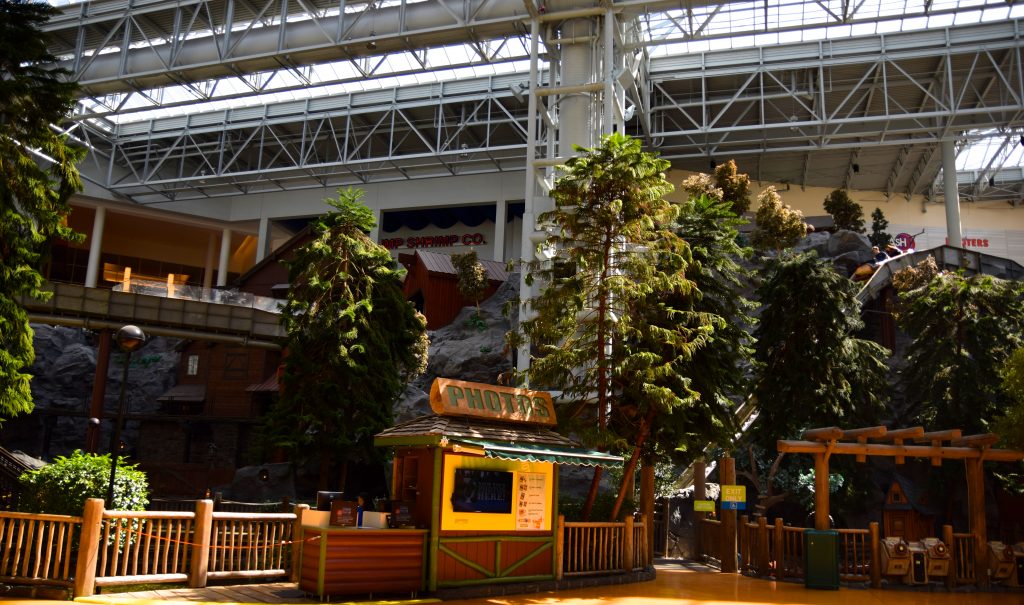 Paul Bunyan’s Log Chute still draws crowds on even the quietest days. A holdover from the Camp Snoopy days, the culturally-relevant flume remains one of Minneapolis’s most beloved attractions. 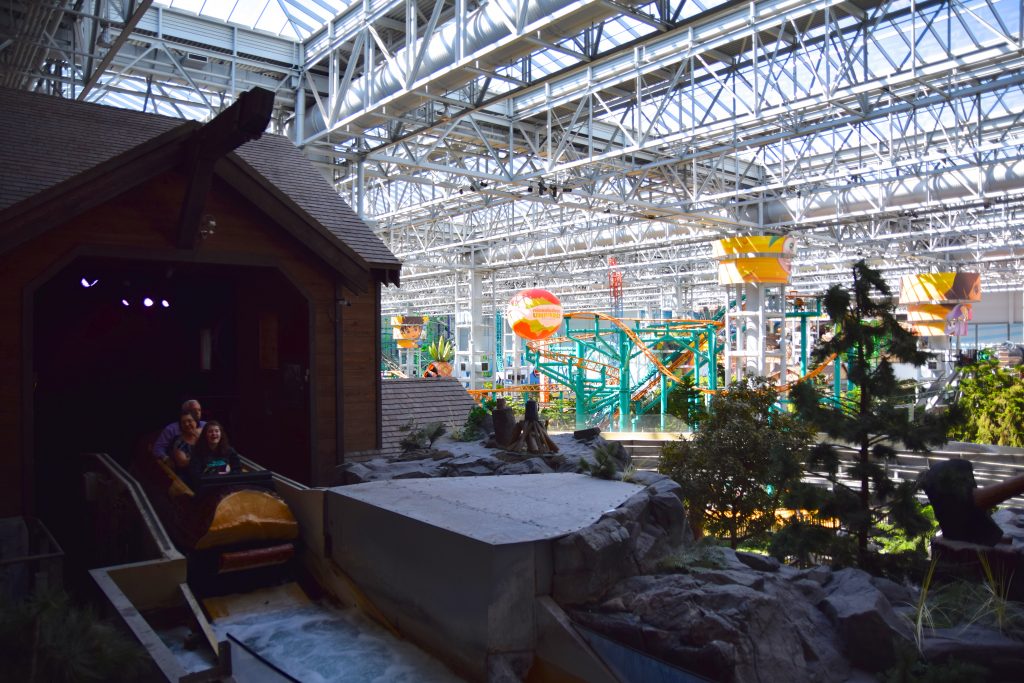 We’re so happy to see that the urge to Nick-ify the ride is resisted. We’ve been told the park is happy with it just the way it is. 🙂 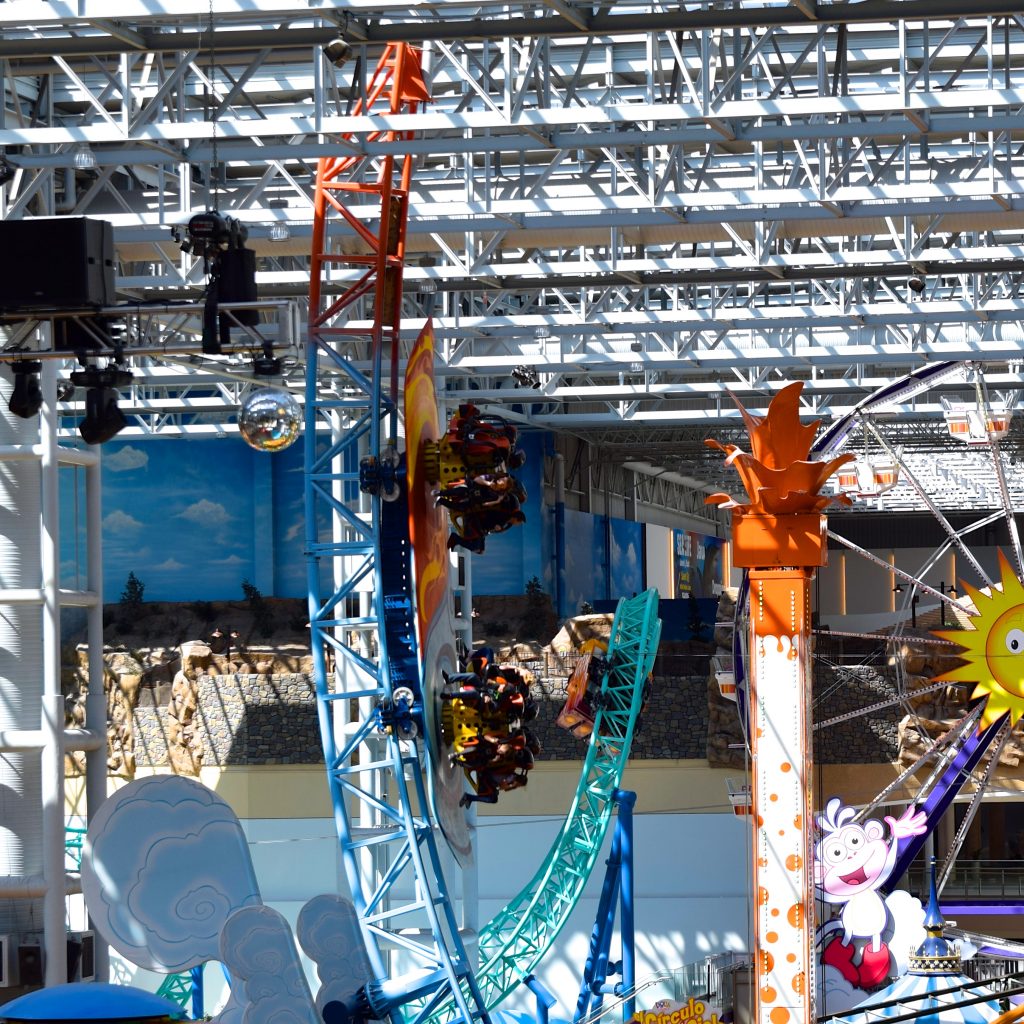 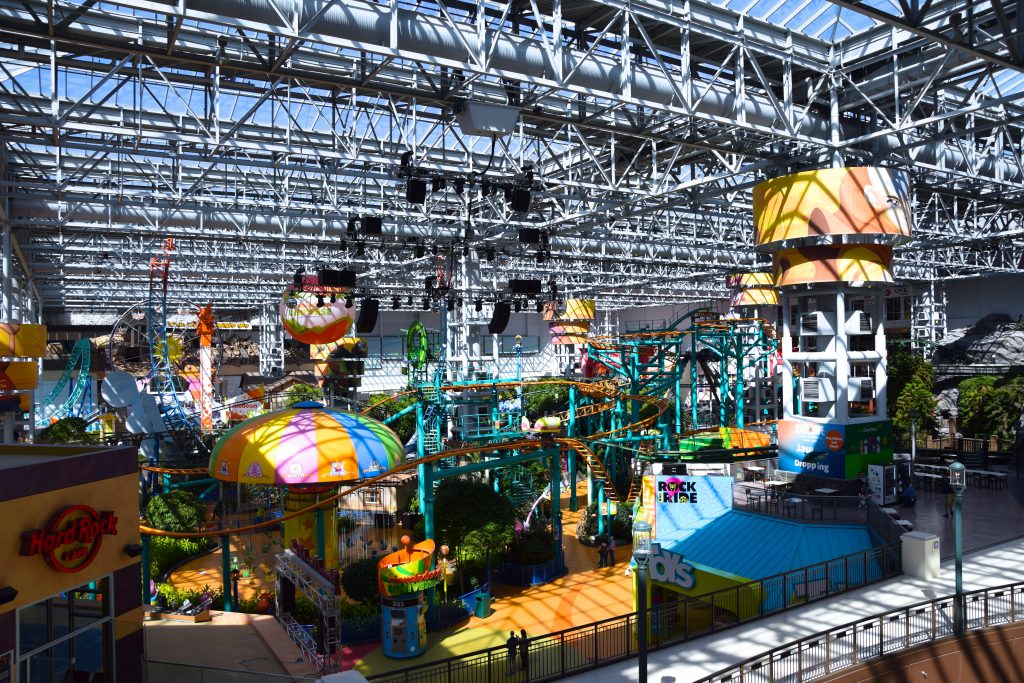 That about wraps up this Nick Universe update! I’ll be back with more once we see some more progress with the new attractions!

Check out our brand new Six Flags Magic Mountain Update here! And since we just came back from Europe, check out some of our European park visits such as: