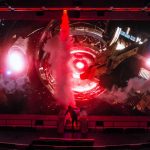 We were very happy to have been invited to the media event for Mass Effect: New Earth. We had a wonderful day and were overall very impressed with the attraction. This ride has flown somewhat under the radar this year, so let’s give it some much deserved attention. Enjoy our media day report for the brand new Mass Effect: New Earth.

After we arrived, we entered the closed park through the Great America Pavilion. 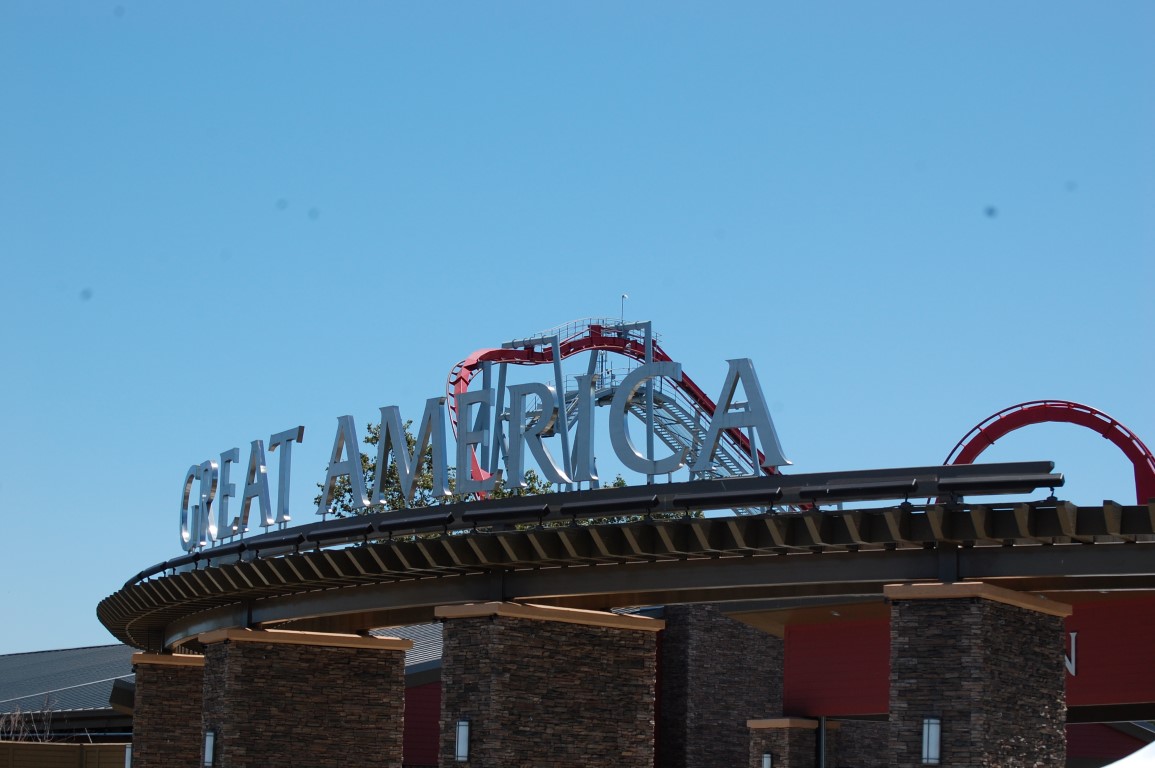 This provided some wonderful views of Flight Deck. Darn, if only it was open. 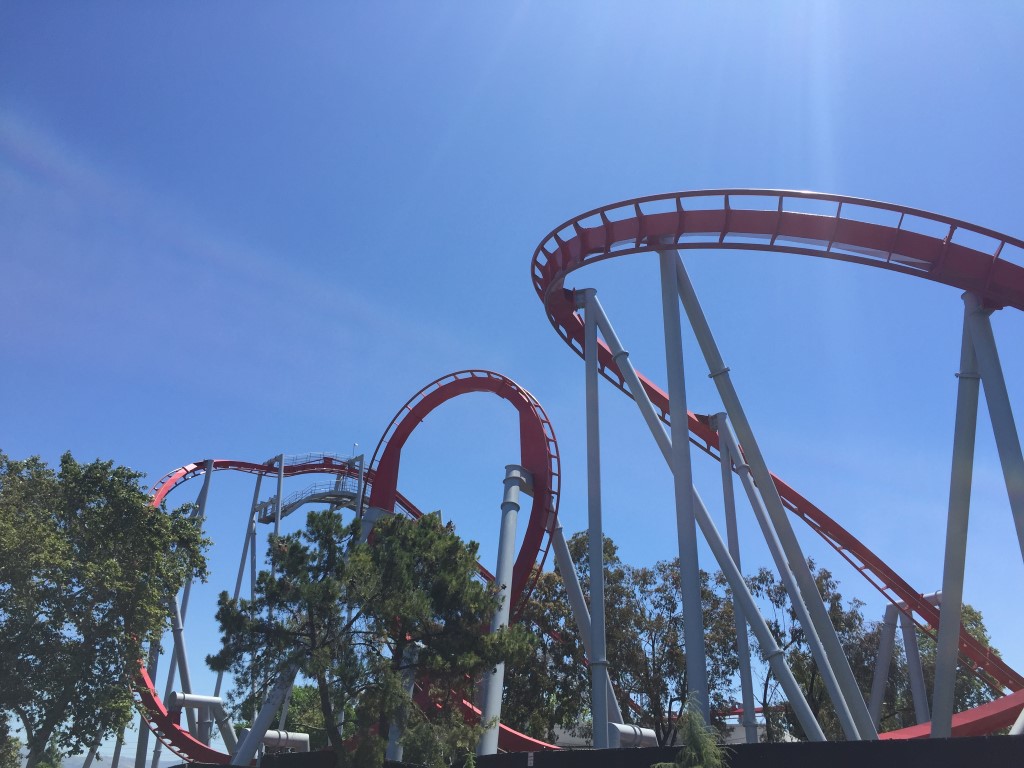 Prior to the start of the event, there were people from many of the companies involved in the detailed development of this attraction including, Cedar Fair, Electronic Arts, Bioware, and 3D Live.

In addition, there were some awesome cosplayers hired. One dressed as Samara, and two more in Commander armor. 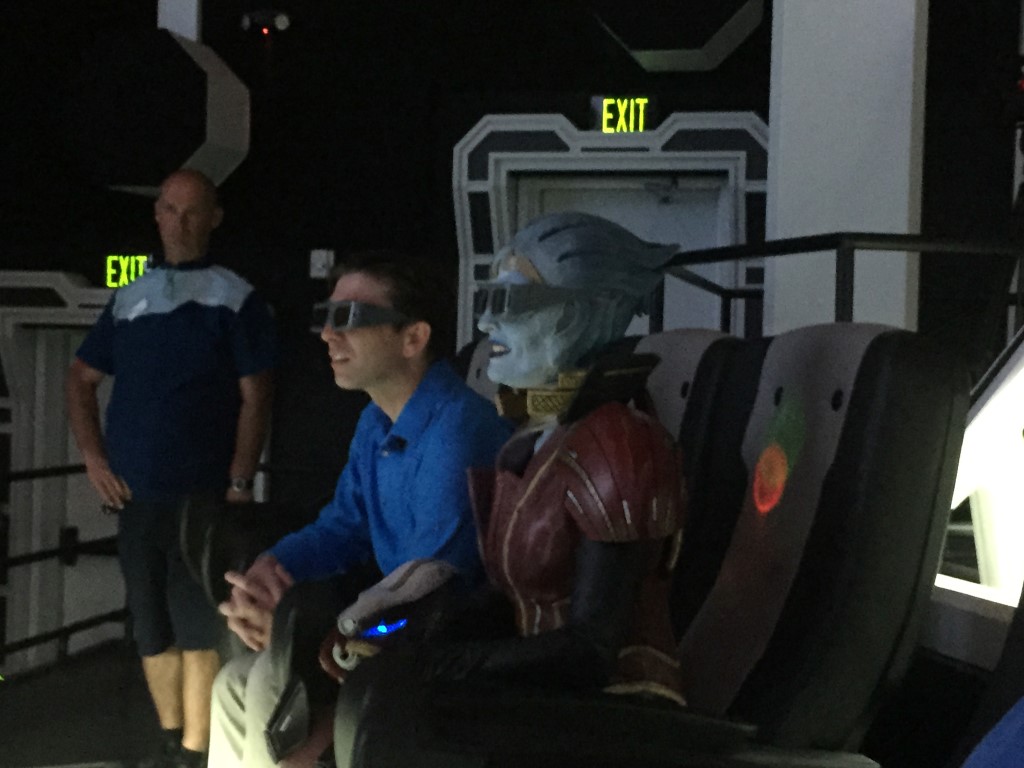 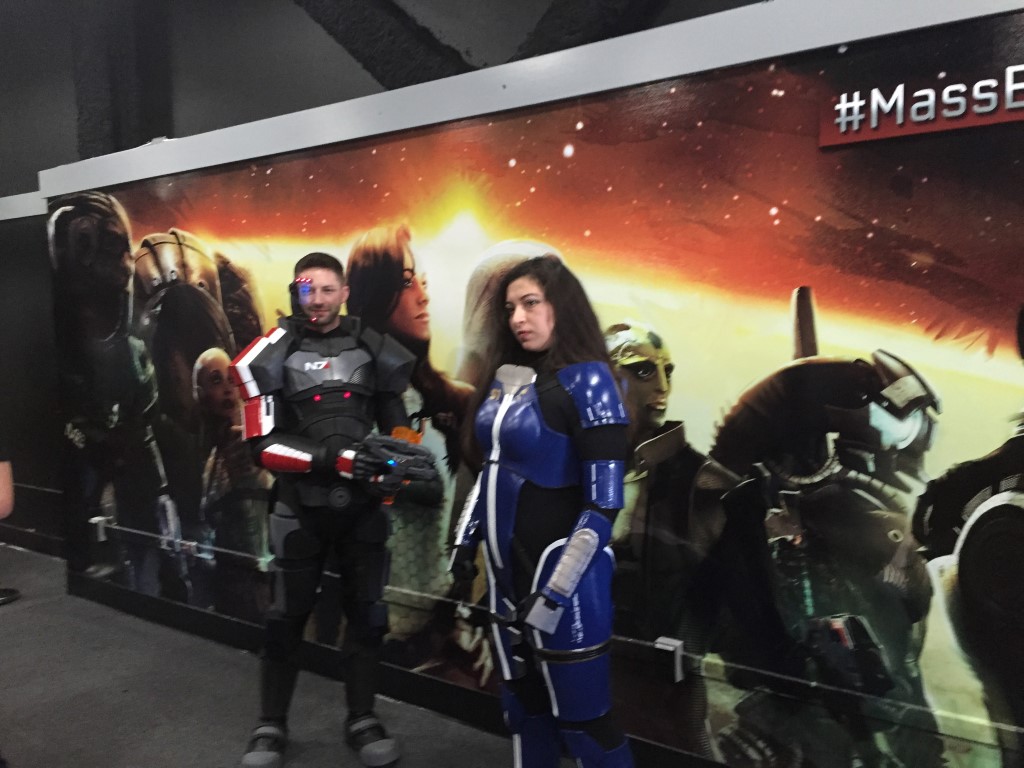 After some wonderful conversations, the media was ushered in to watch the opening ceremony. Roger Ross from the park introduced a variety of speakers from Electronic Arts, 3D Live, and Cedar Fair, who all explained exactly how much detail went into this attraction. 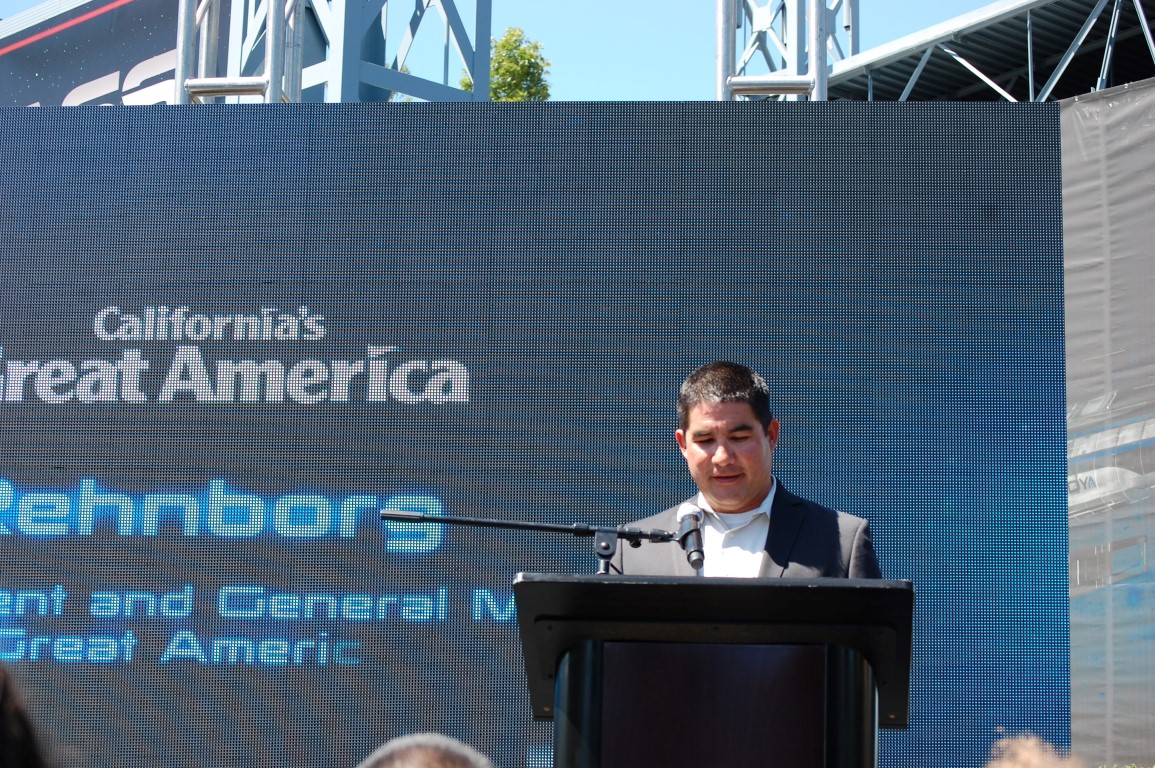 In the heart of Silicon Valley, a lot of sophisticated technology went into the development of this ride, including the world’s largest and highest definition LED screen. 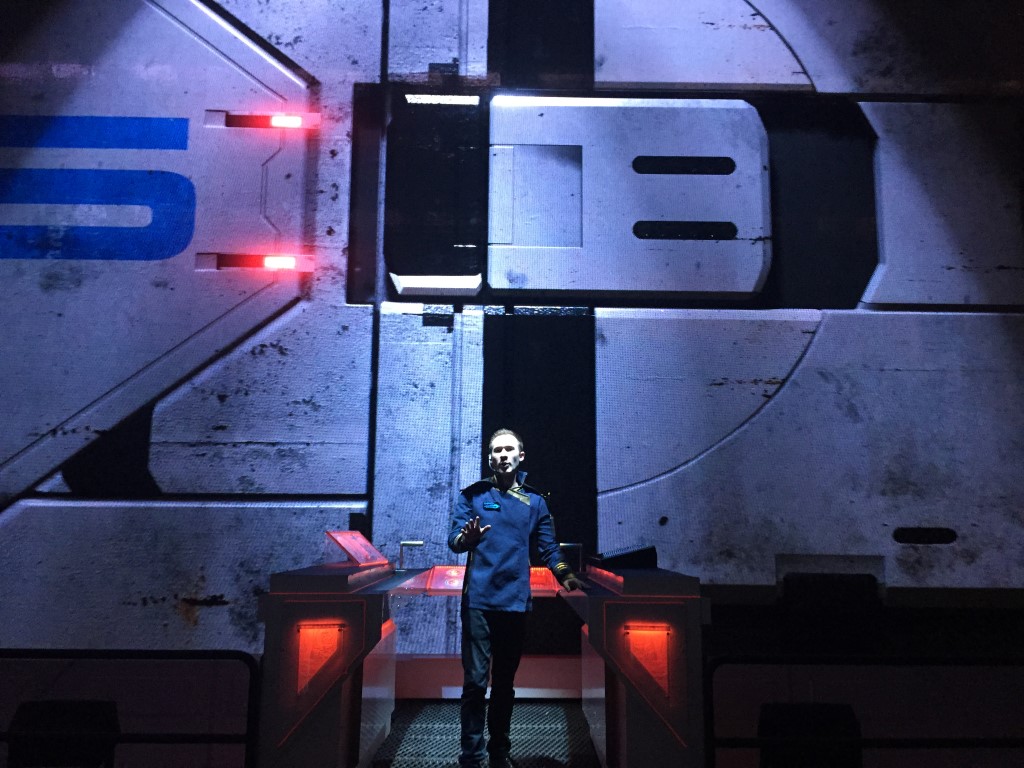 All the speakers were joined onstage by Samara, and the countdown commenced. 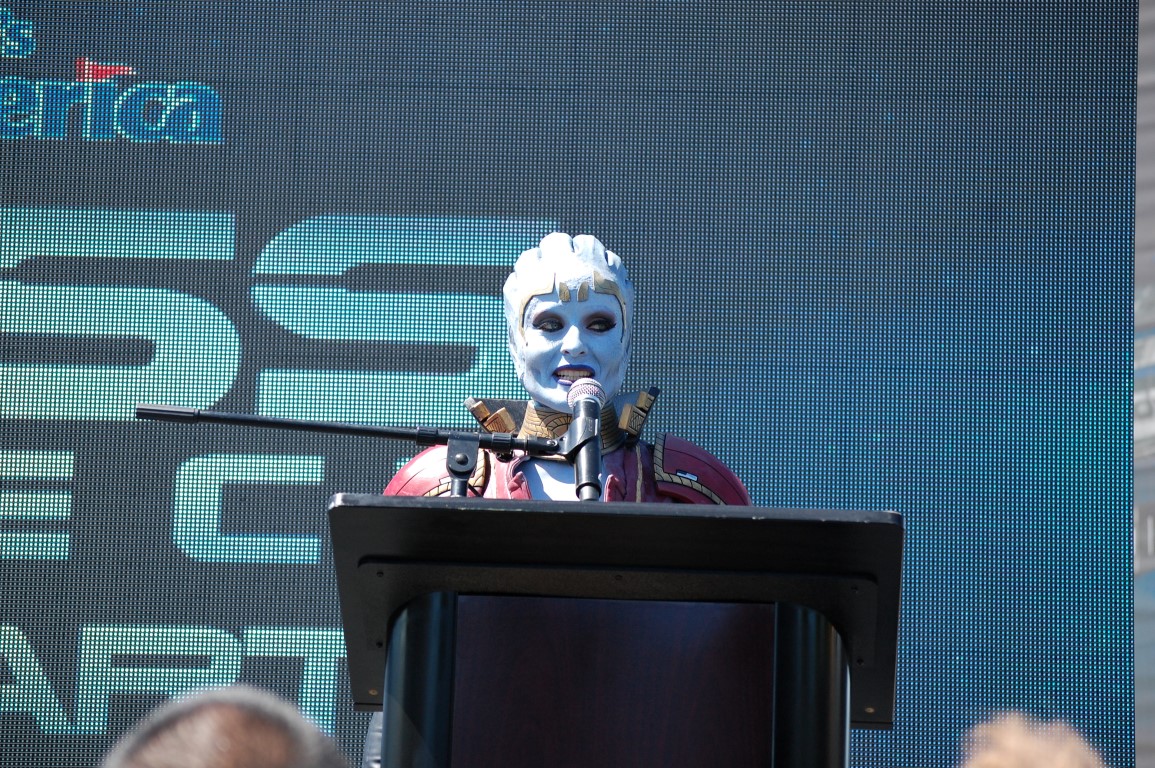 Some fireworks were set off, and we headed over to the all new Mass Effect: New Earth! 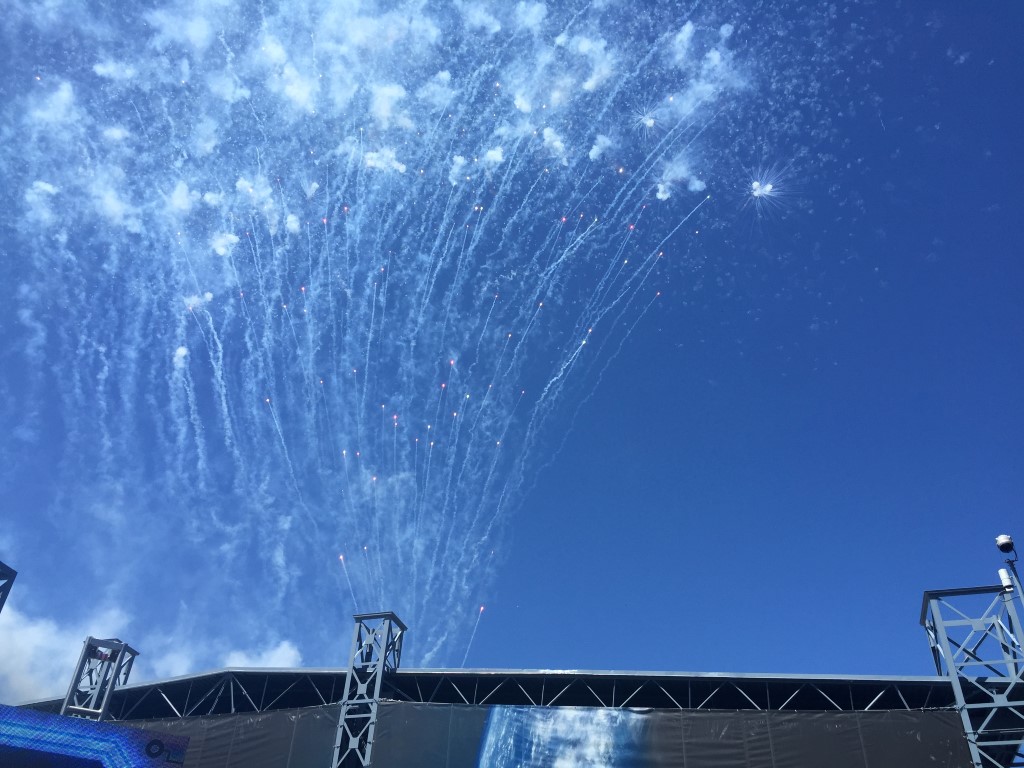 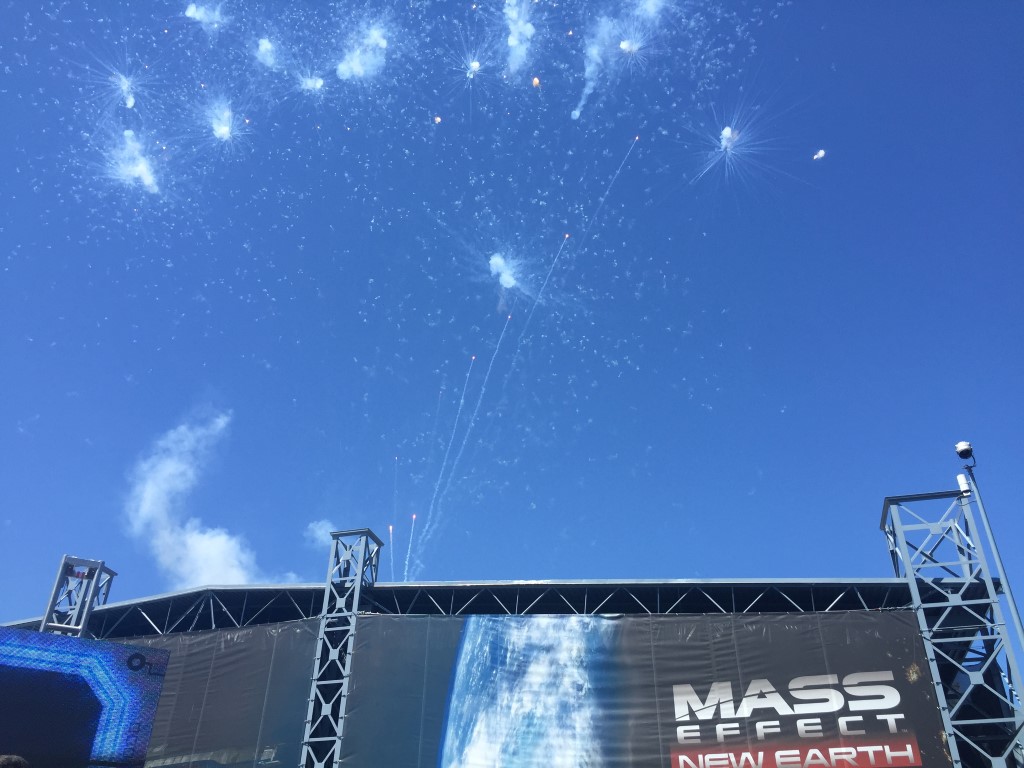 The queue is all outdoors, but with some very appropriate theming. With marble memorials, grey gravel, and large asteroid-esque rocks, the line is simple yet effective. 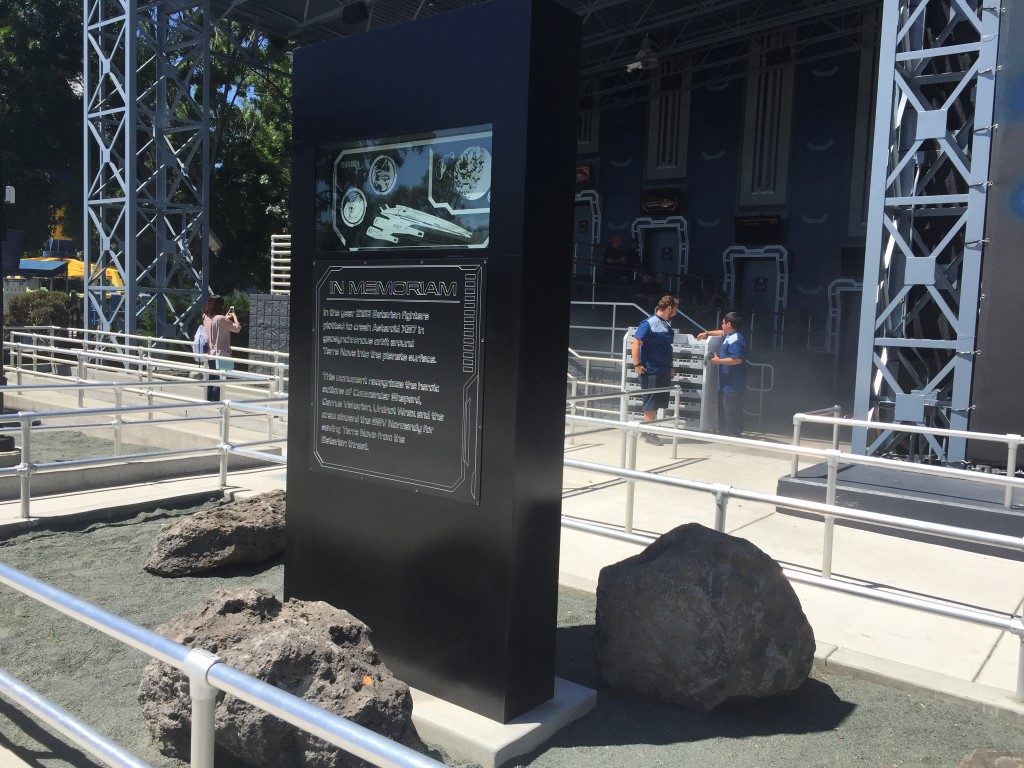 In addition, there are two cases of armor. Occasionally, some fog spews out creating a pretty cool effect. 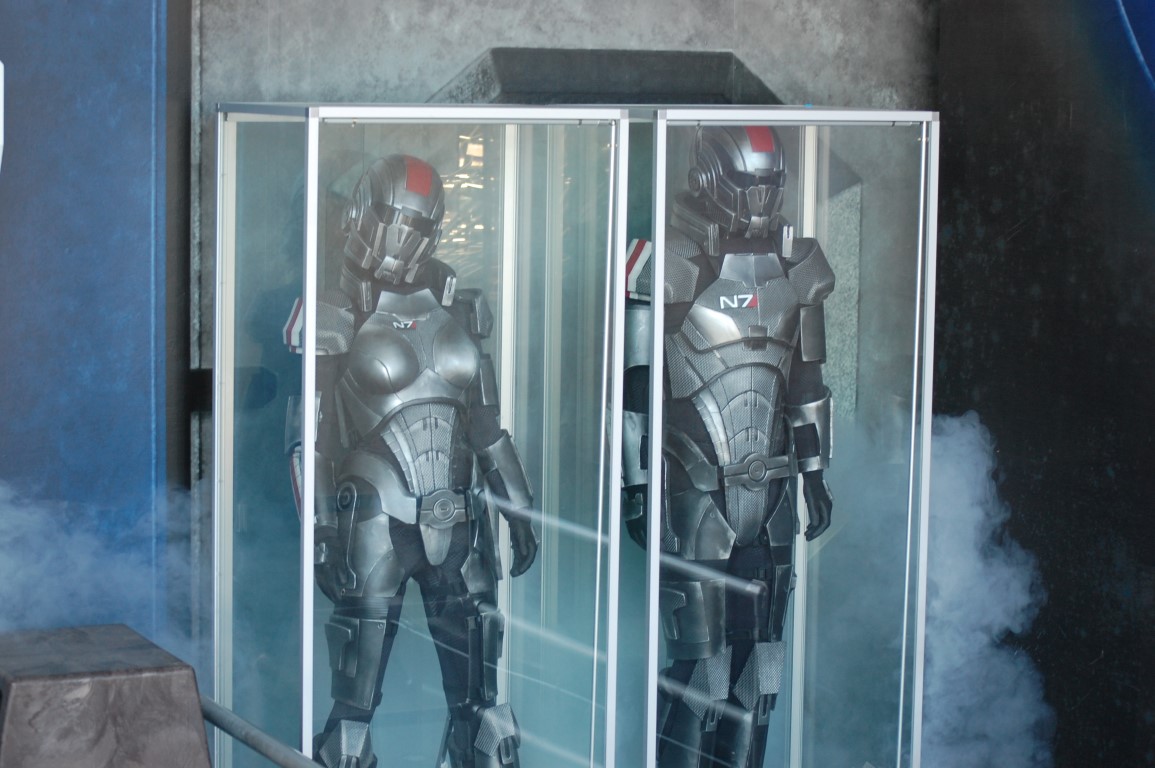 After we were given glasses, and assigned a row, we lined up to watch the pre-show. 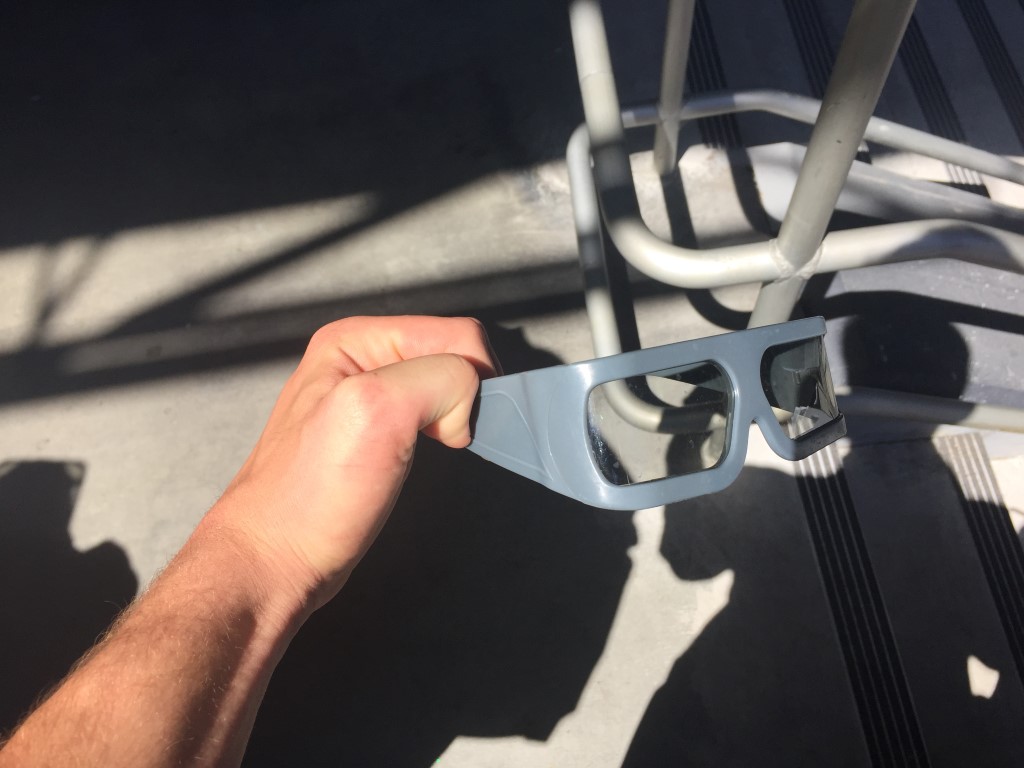 Riders are told about the instantaneous travel implemented through the Mass Relays, and informing you about your luxury destination, Terra Nova. It is interrupted by a news broadcast in which we are told there have been communication blackouts and we should be cautious. 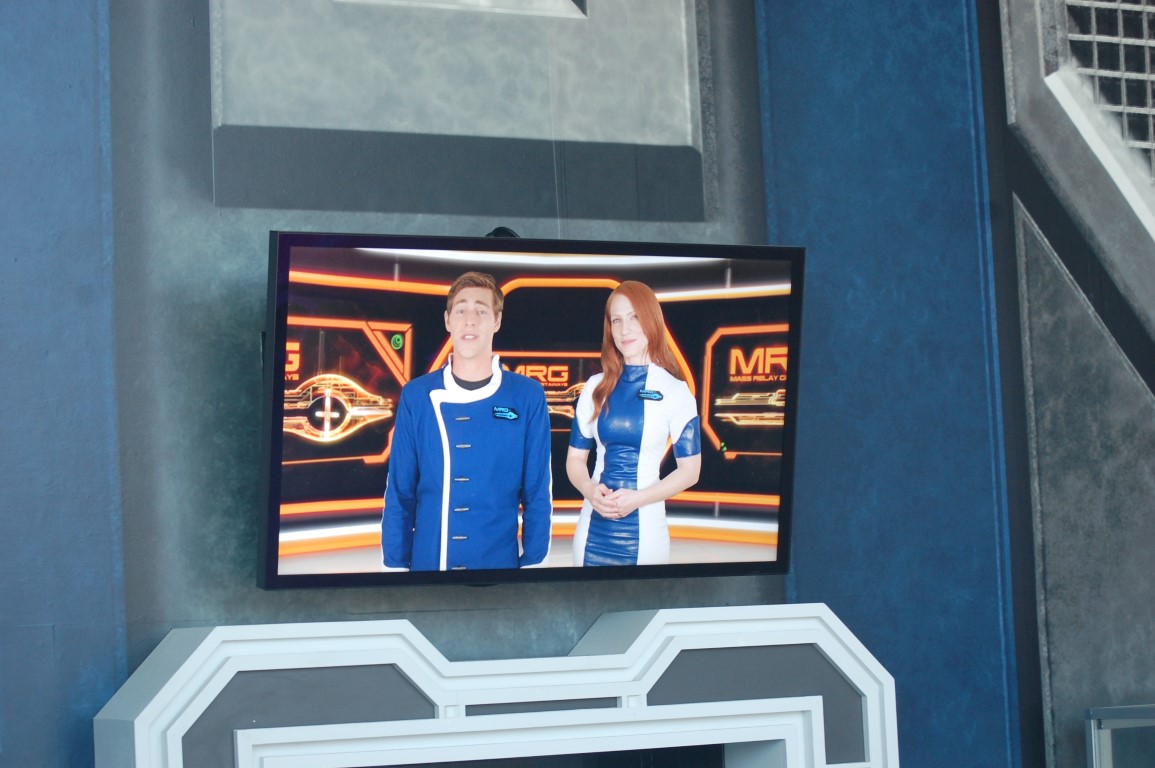 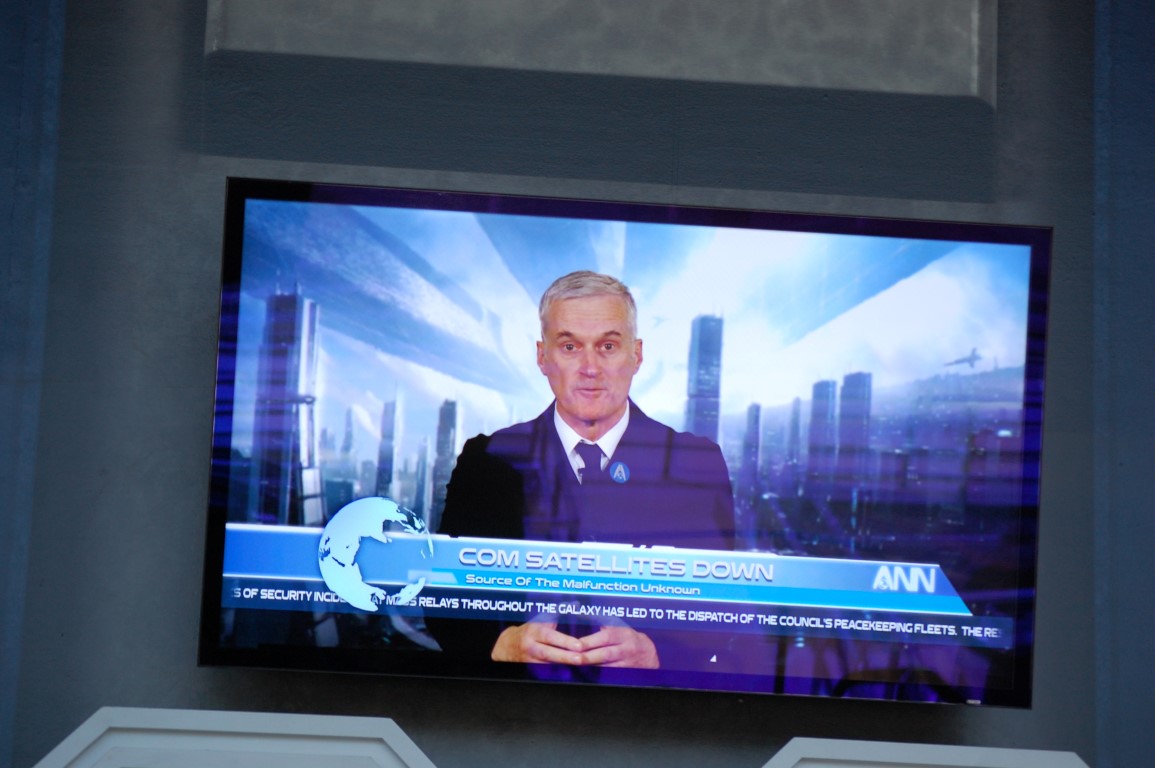 The doors open and we are welcomed into the beautiful, cool, and futuristic theater. 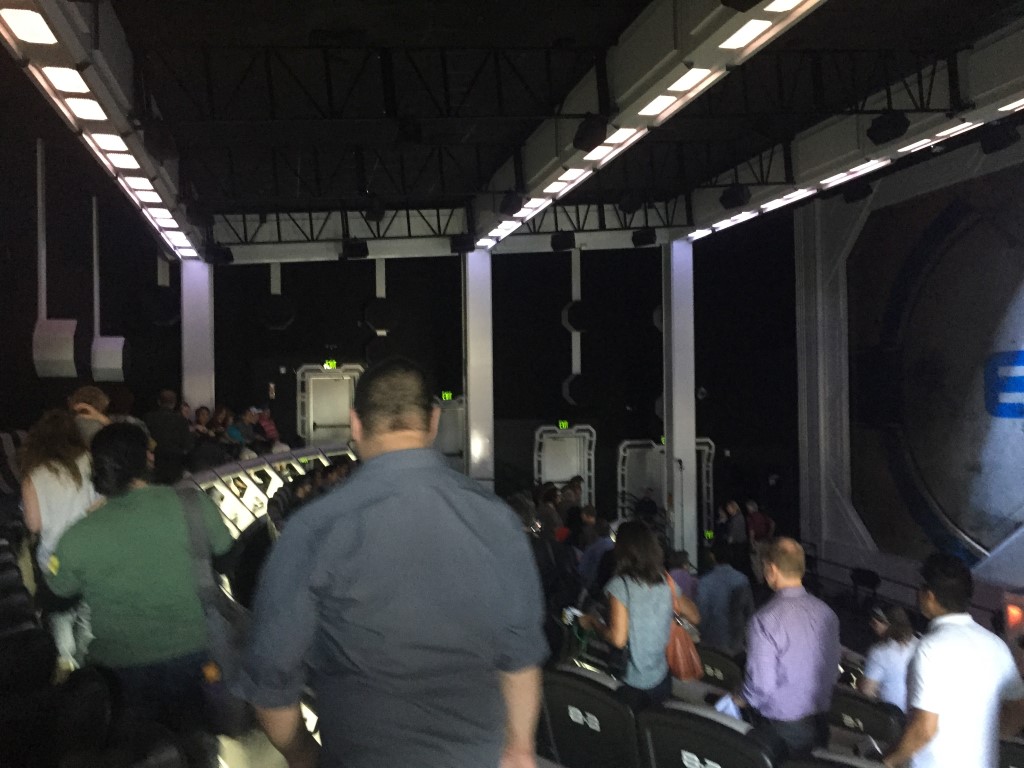 There is a live actor, the captain of the cruiser, and he makes some small talk while guests they stow their items and take their unrestrained seats. Once everyone is seated, guests are off on their journey. 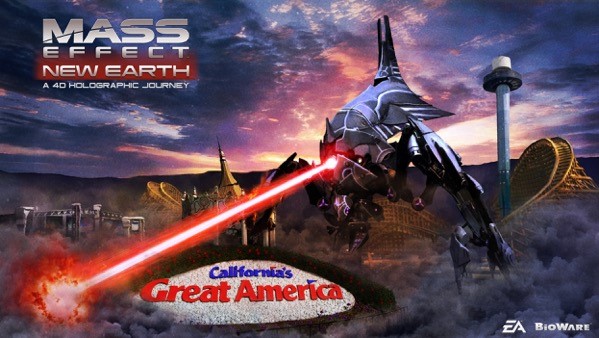 The visuals are both carefully constructed and brilliantly high definition. The LED technology accomplished a crispness pixels could never hope to. In addition, the fact that Electronic Arts and Bioware developed and animated every frame from the ground up makes it not only as authentic as the games, but also gives the Mass Effect universe a new entry and welcome expansion. 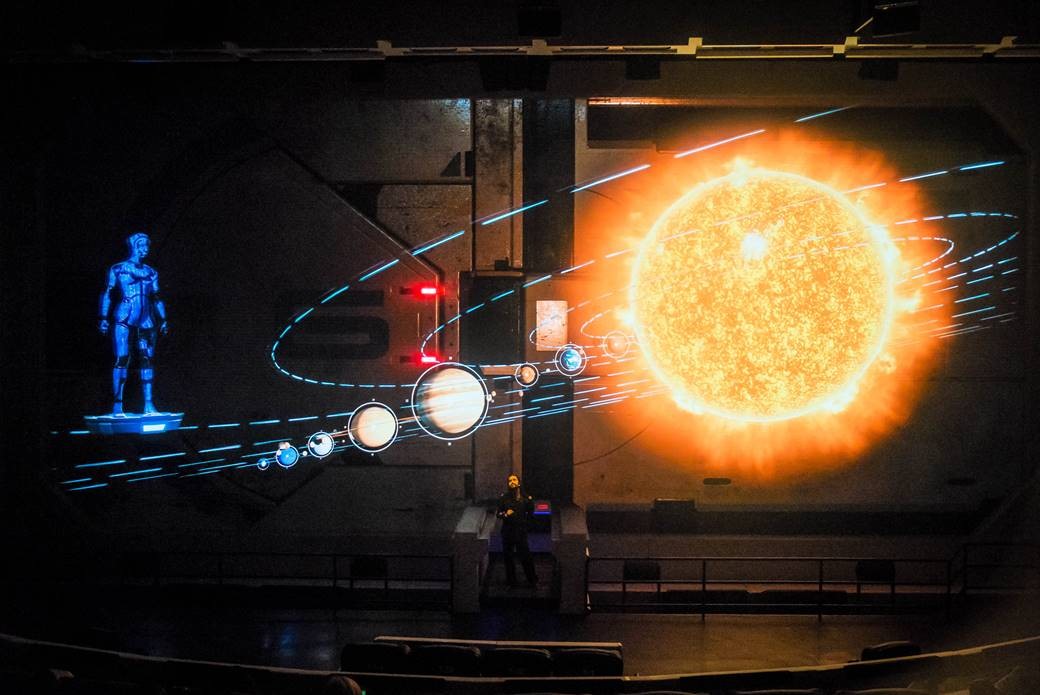 The audio is incredible, there are over 70 speakers located throughout the theater, and the sound design puts them to good use. It is immersive yet not overwhelming. Also, fans of the series will be delighted to see cameos from characters such as Garrus, Grunt, and Commander Shepard with voices provided by the original actors. 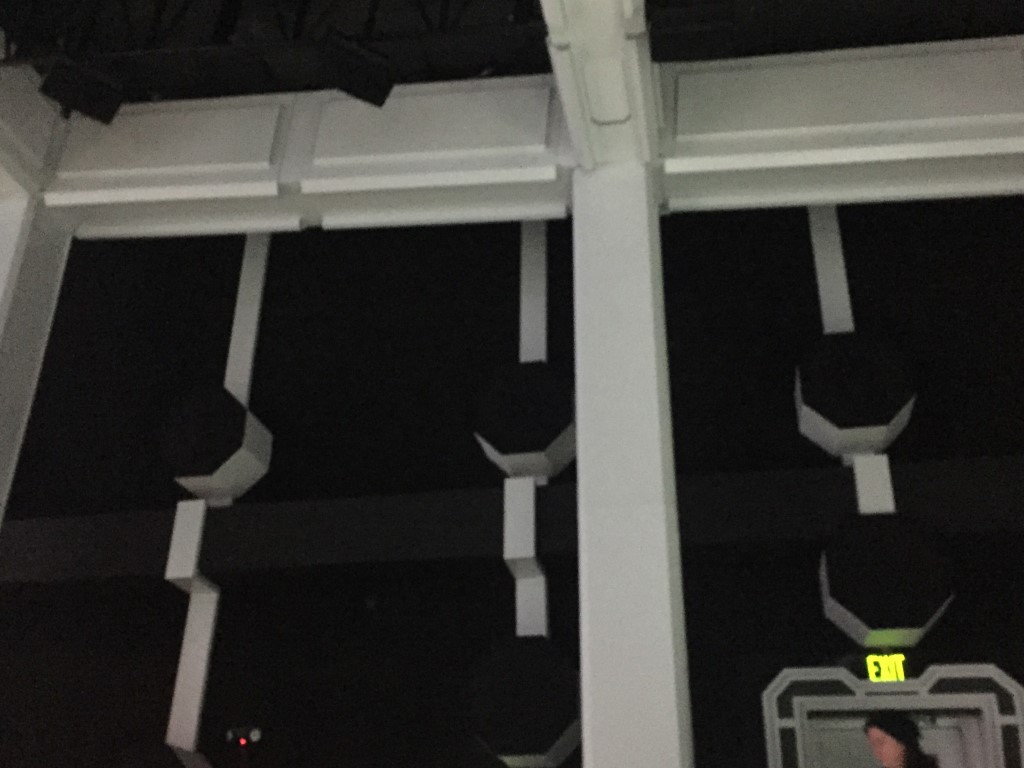 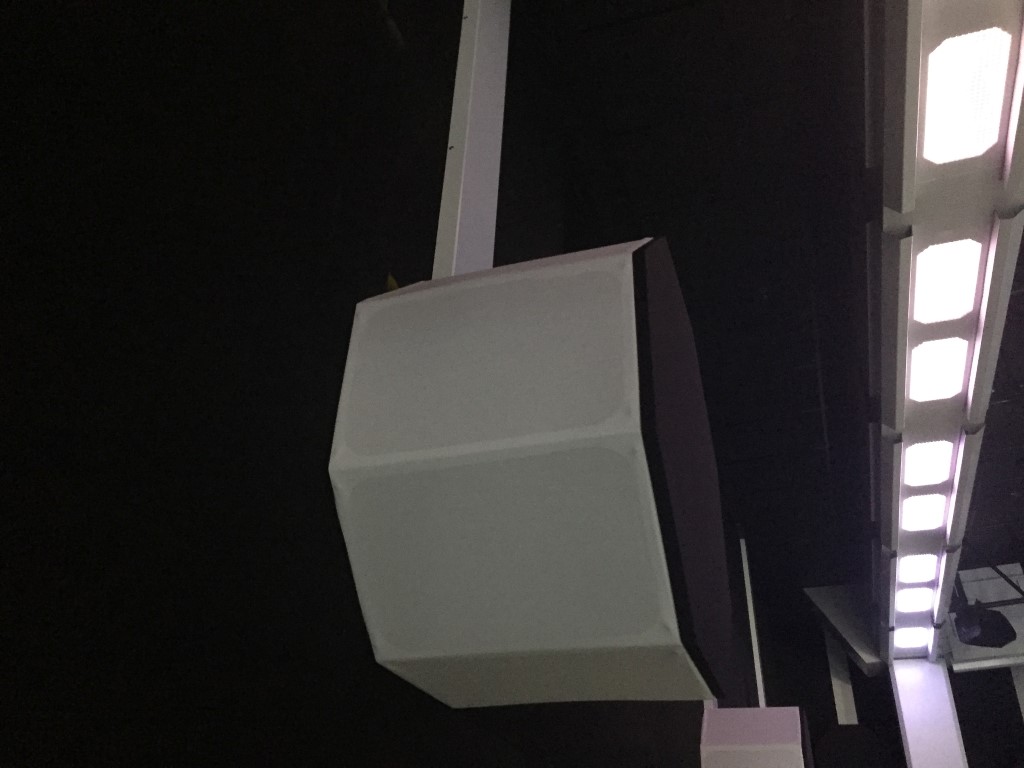 The extraneous effects such as small, air effects, and smoke are incorporated pretty seamlessly with a few exceptions. Overall, the combination of all these effects really helps to take the ride out of the theater and put them in the universe adding another level of immersion. 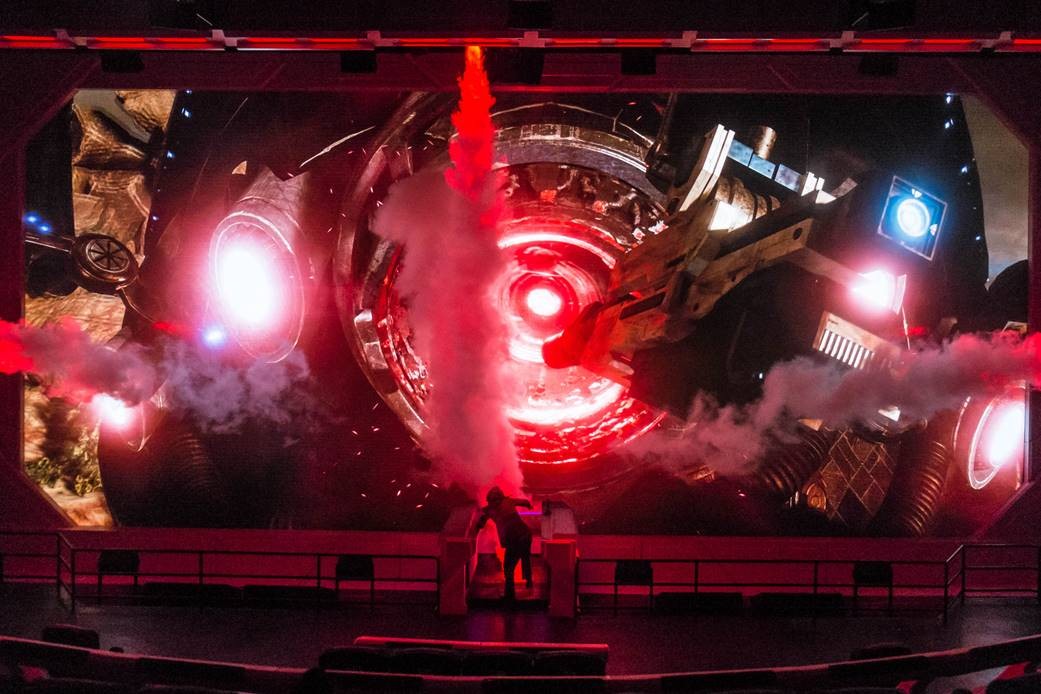 The seats are very comfortable and the lack of restraints or seat belts is refreshing. The movement is synchronized perfectly with what’s on screen and provides some physical thrills without taking you out of the moment. 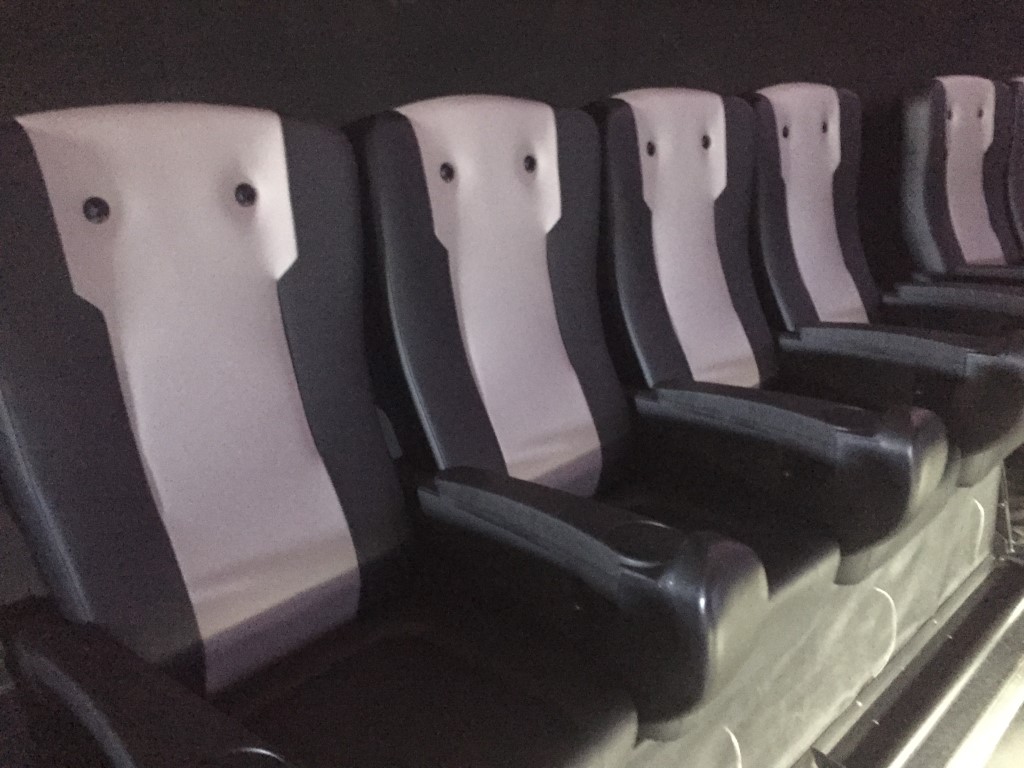 The live actor I think is a really unique and potentially trend setting aspect of this ride. It gives riders a window into the universe, providing necessary plot exposition, but more importantly breaking the barrier of the audience and what’s on the screen. To have a real person interact with a digital effects makes them much more tangible. To have a bridge between the two worlds really goes a long way as far as immersion.

After the ride, we were treated to some delicious alien food, which was tasted an awful lot like some of the food we have back here on earth. Delicious nonetheless. 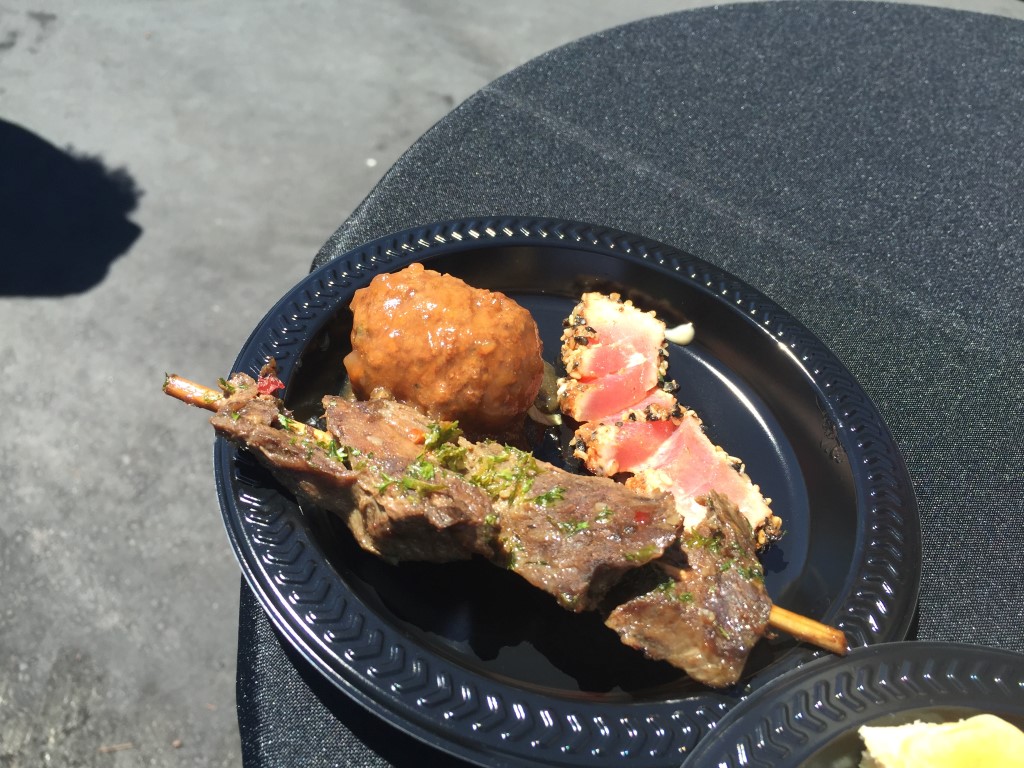 Lastly, the park was kind enough to provide guests with a scale replica of the Normandy herself. A magnificent replica to go along with a breathtaking ride. 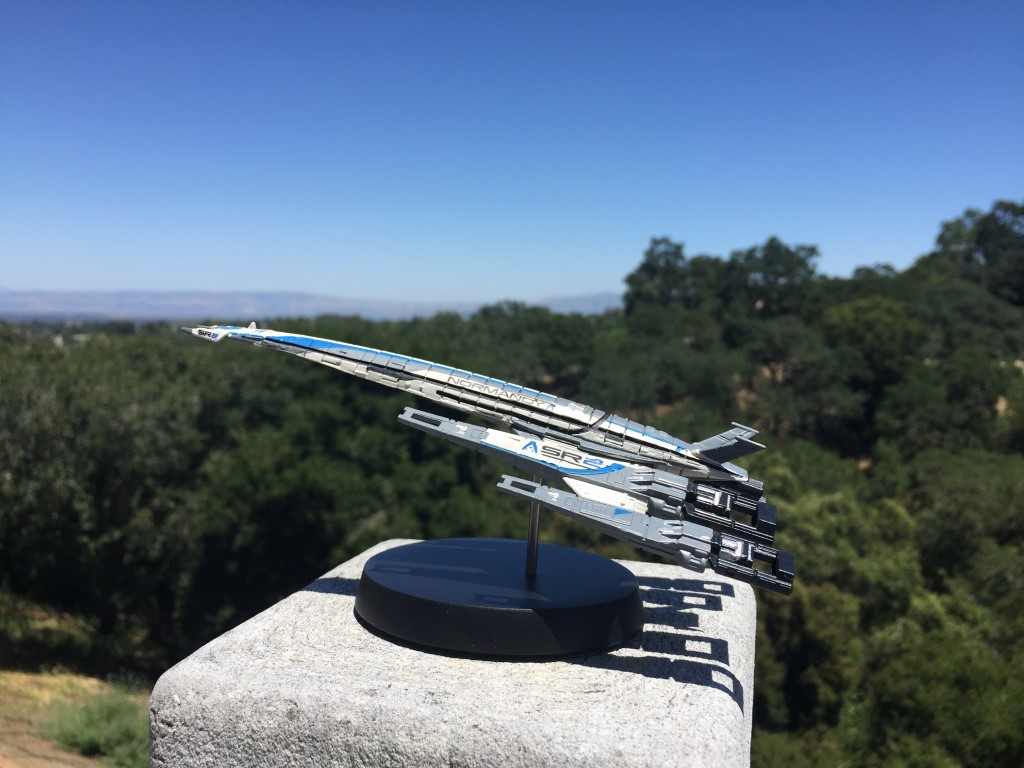 Thank you to the park for the invitation and wonderful event, and thank you to our good friend Tejas for providing us with some extra Mass Effect knowledge. We were really astonished with the quality of this ride. In our opinion this is on par with attractions like Star Tours and Minion Mayhem, if not better. I couldn’t imagine a better way to revamp the old Action Theater. 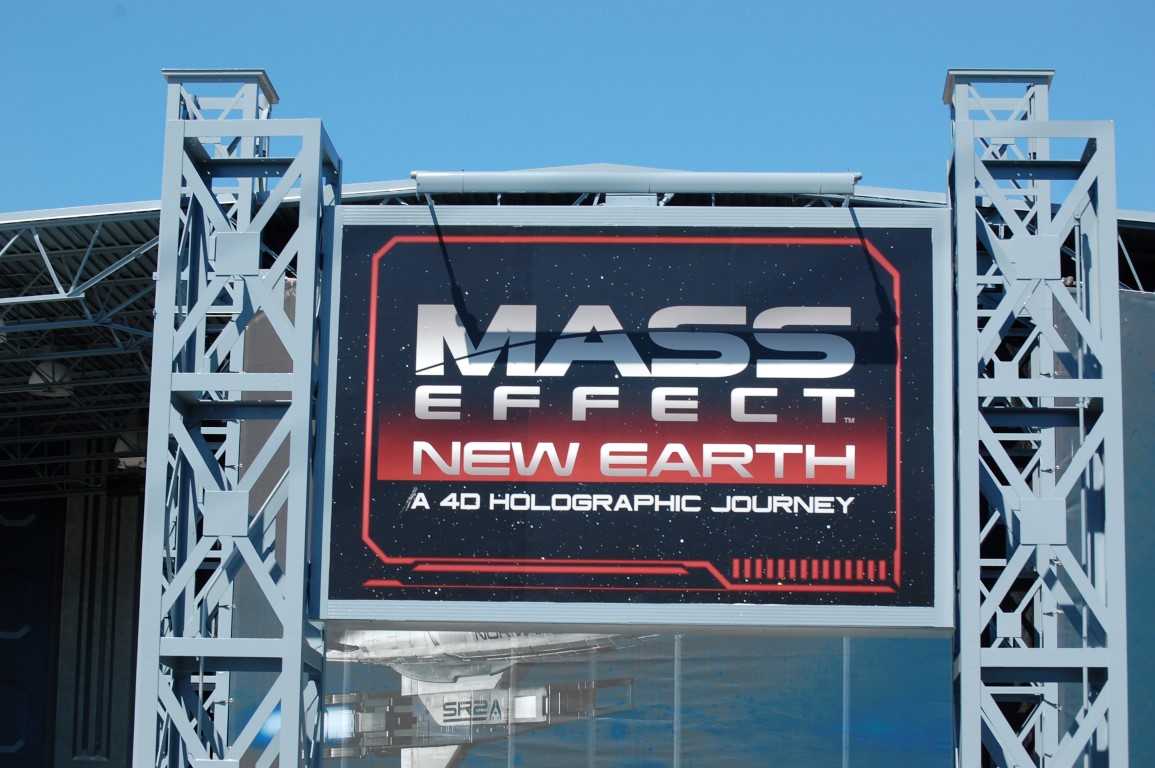 So, what’s your favorite motion simulator attraction? How do you think Mass Effect: New Earth will/does match up? Comment below and let us know!