Sean: Since we had a few days off we decided to hang out at some of SoCal’s parks this week. We were certainly in the mood for Montezooma’s Revenge and some fries at Knott’s Berry Farm, the park we hung out at first! In today’s Knott’s Berry Farm Update we take a look at our time at the park and the detailed Big Foot Rapids refurbishment, rumored to be the new Knott’s attraction!

First off, it was nice to notice that the park has swapped out the South Parking Lot signs with Peanuts characters, such as the Woodstock and Sally parking lots! 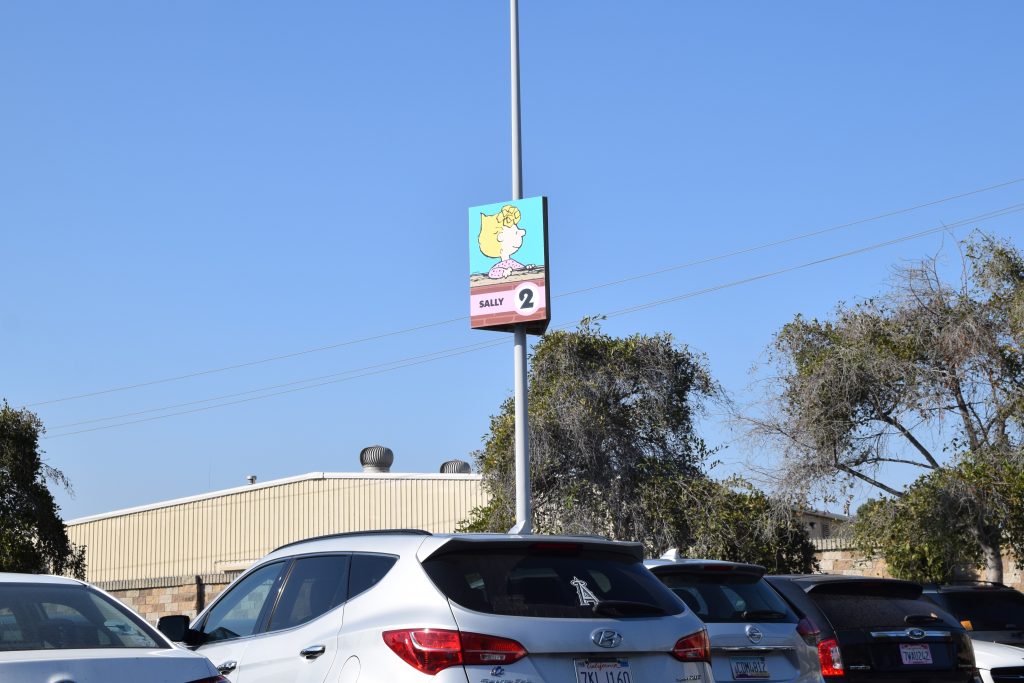 Our last few visits we kept running into issues trying to ride Montezooma’s Revenge, either it was down for the day or went down every time we tried riding. Today we were successful and got several rides in! 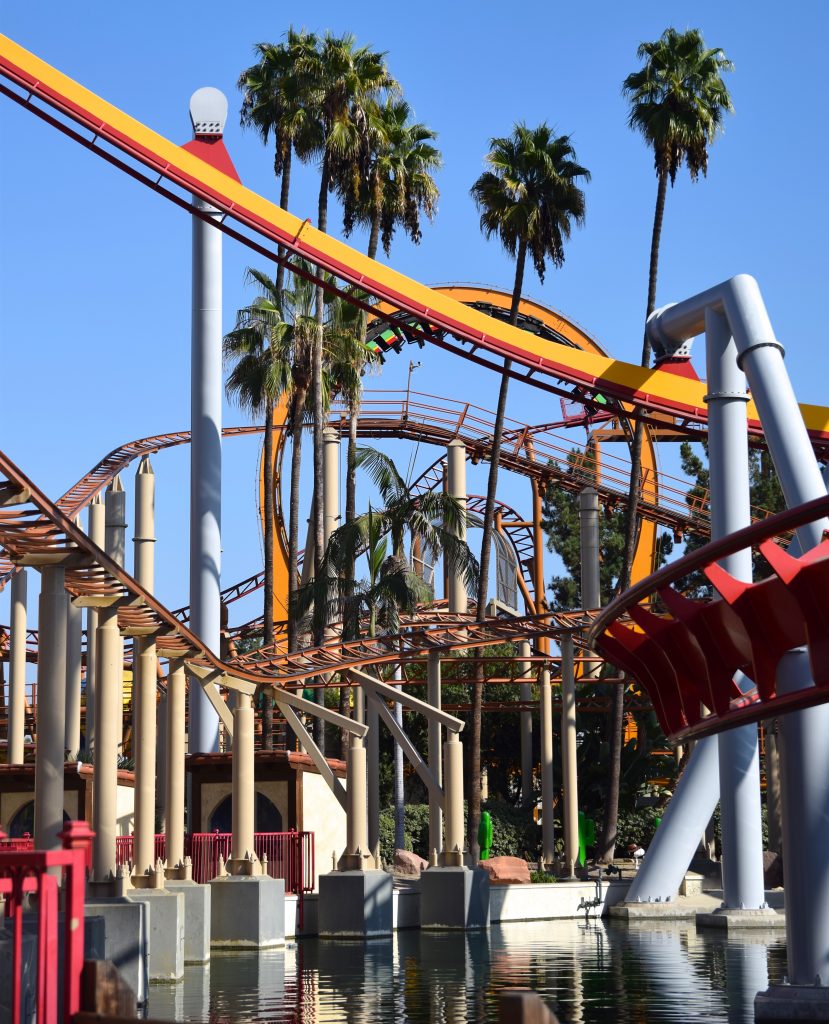 The second most important attraction in Fiesta Village? Papa Loca fries! We put pictures of this amazing Parmesan/Garlic Butter covered fries in almost every update nowadays, so here’s another one: 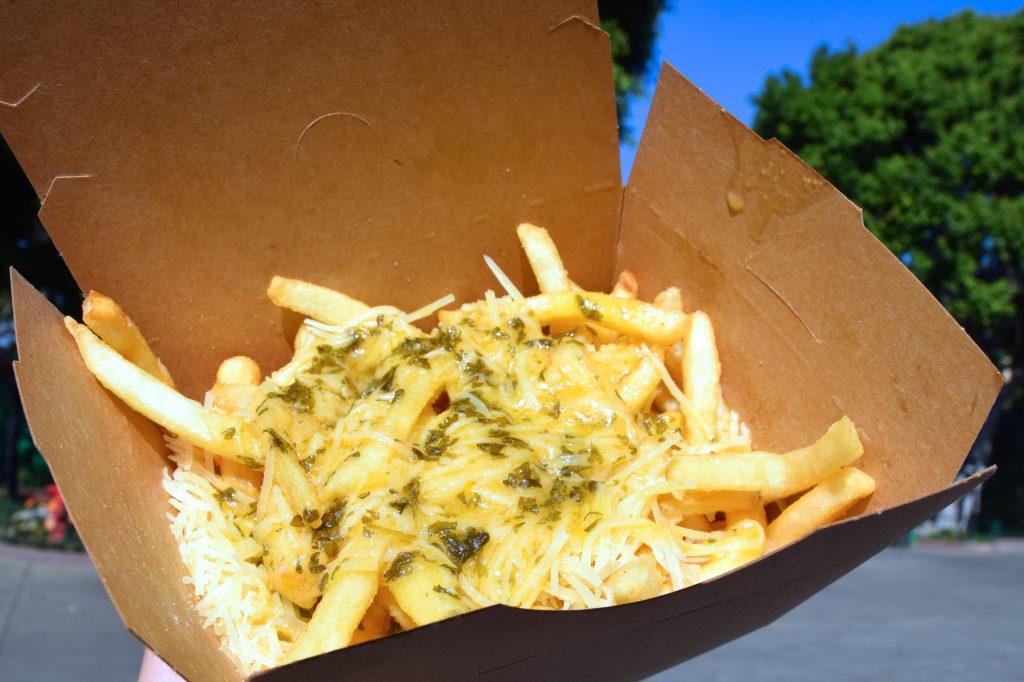 We were just in time to get another Timber Mountain Log Ride: Halloween Hootenanny ride in! I am a big fan of this Scary Farm overlay. 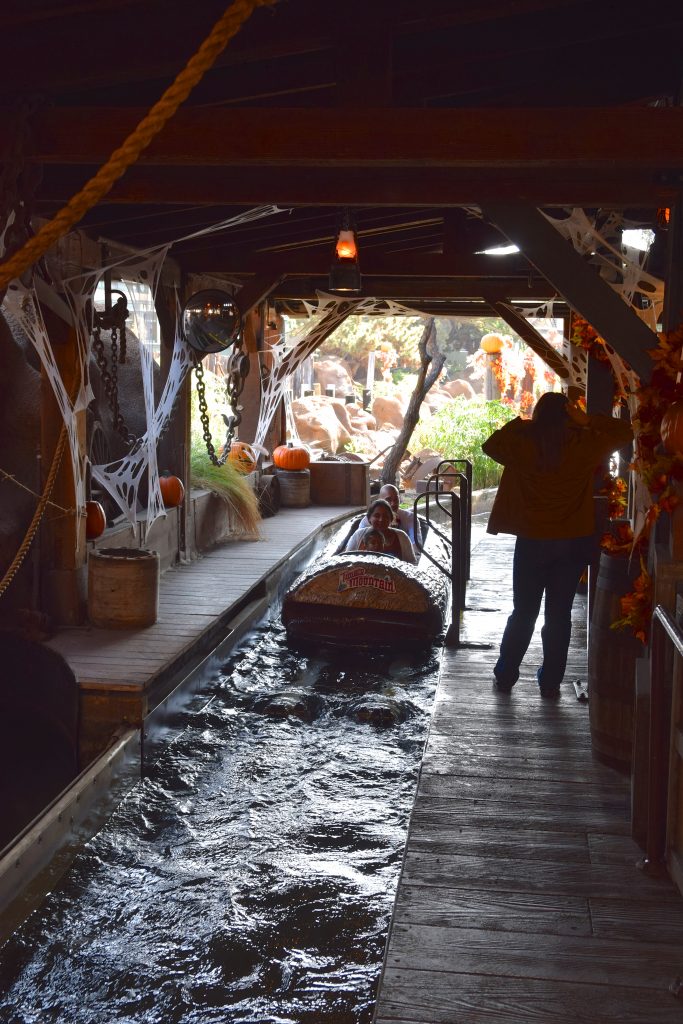 To our delight Xcelerator was running, so we had to get a few rides in on that beast as well. I am still very impressed every time I ride this Intamin. I’m not sure if they just performed some maintenance on the red train, but it was running very well. 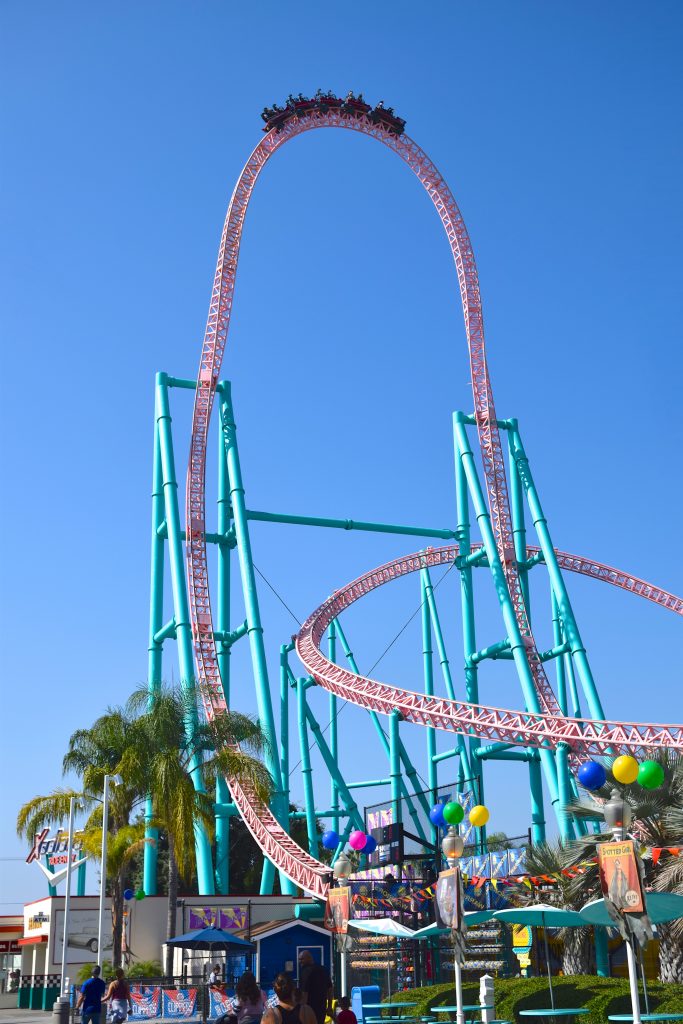 Empty seats for daysss! This kid in the front row is just as excited about that as we are! 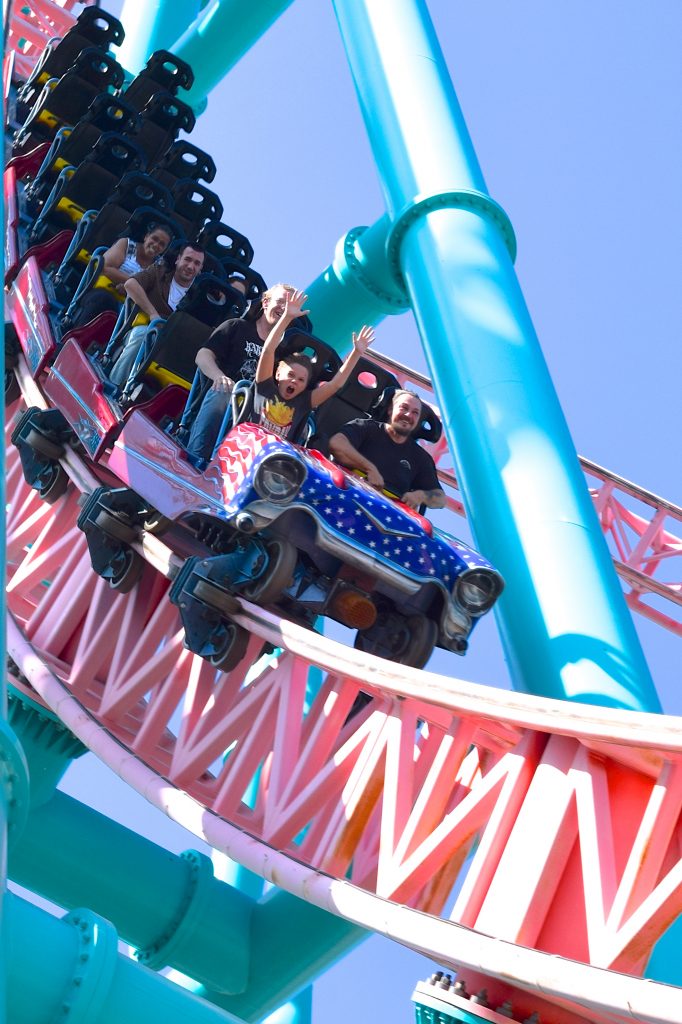 If you have the chance to visit the park on a weekday soon, we highly recommend you do! That’s just the best time to ride all coasters and even being able to stay on for repeat rides. 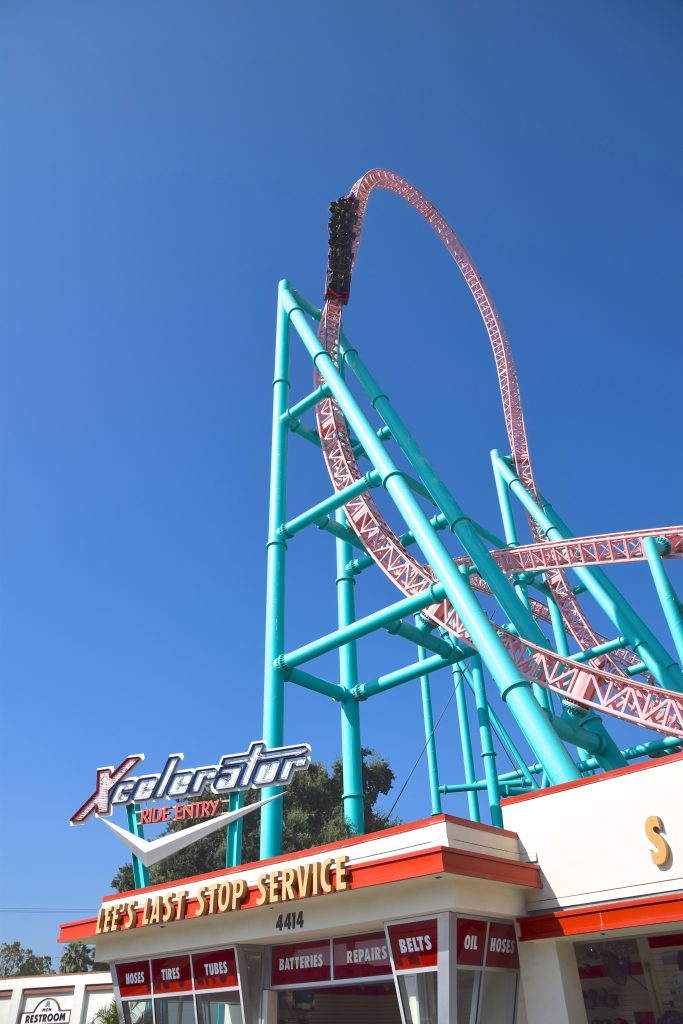 Next up we rode HangTime, which to my surprise was only running one train. The ride is nicely warming up, though what I feared would happen to this Gerstlauer may just be true, it’s already starting to vibrate. 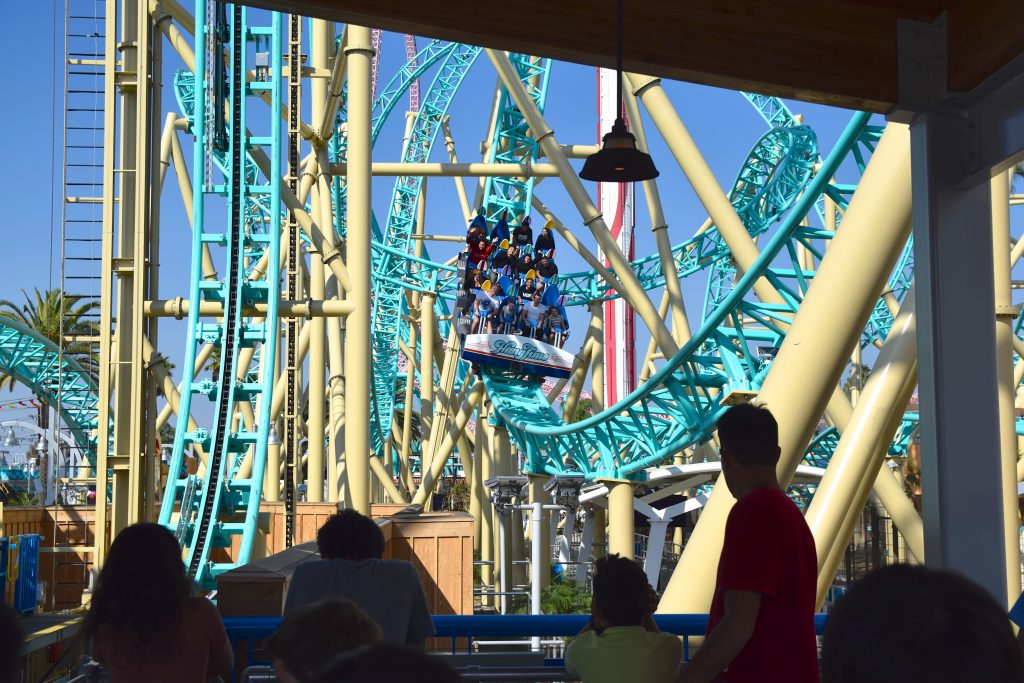 Big Foot Rapids is closed for an extended refurbishment. Some track pieces/guards are missing in the empty riverbed. 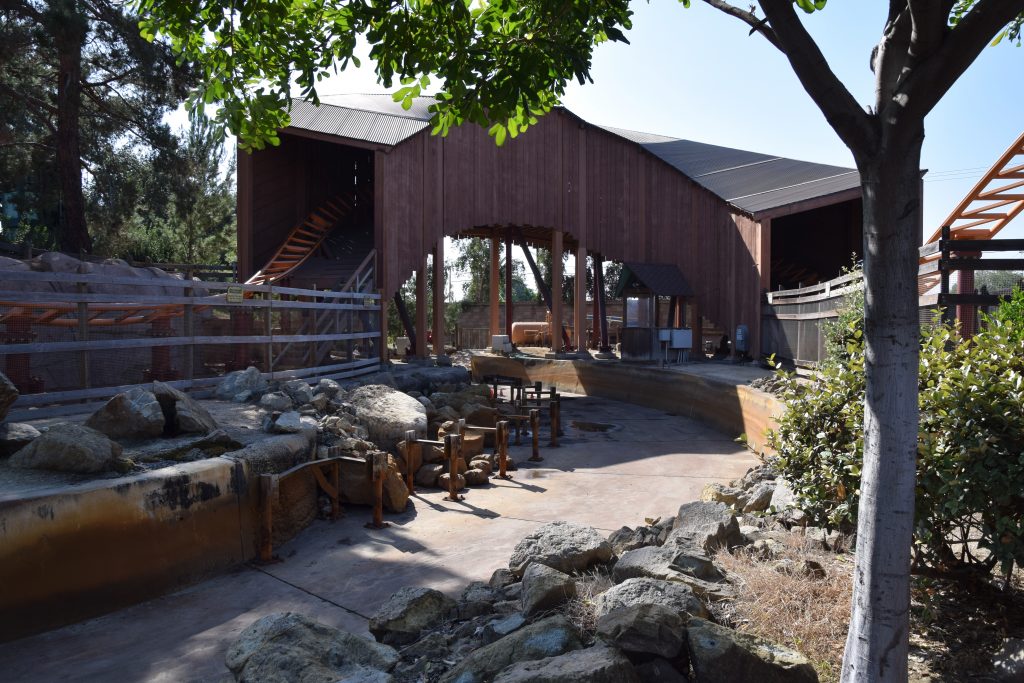 It’s a weird sight seeing the ride with no water, it certainly makes the lack of details and abundance of concrete very noticeable. The good news is that Big Foot Rapids is rumored to be the next big ride relaunch of Knott’s Berry Farm with new theming, animatronics, story, etc! 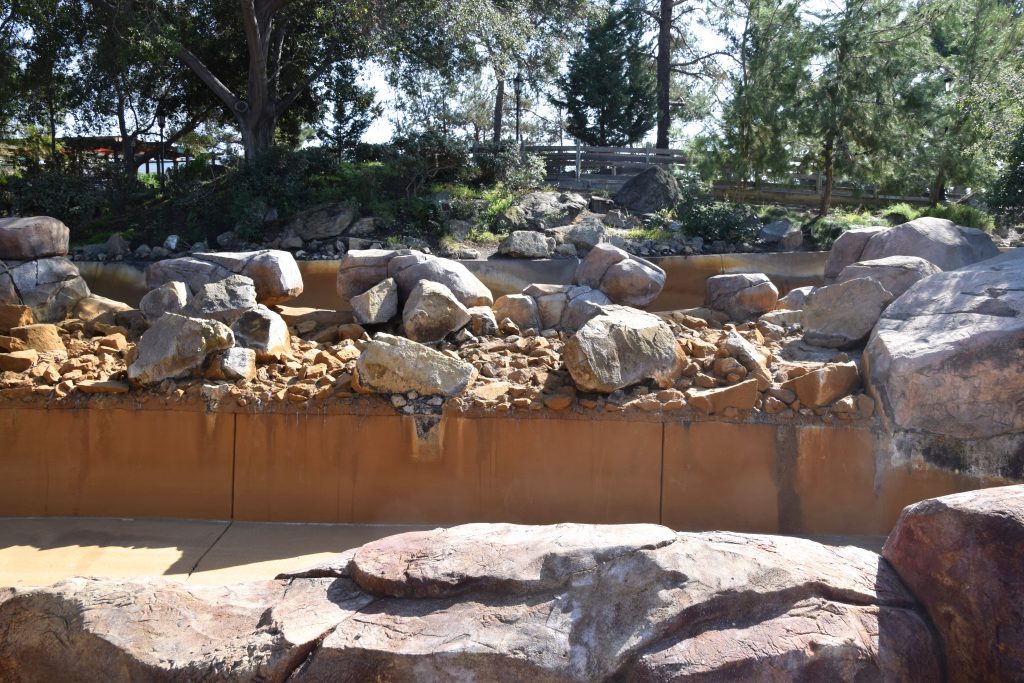 With no confirmation yet we can only hope, but of all Knott’s rides this certainly has always missed that spark and could benefit of that! 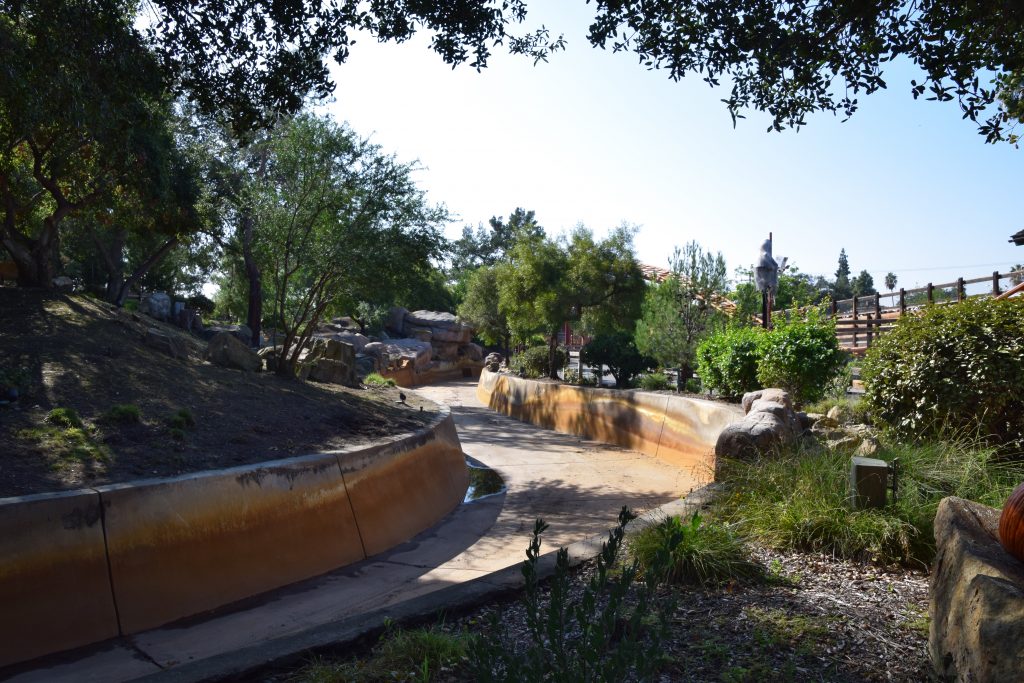 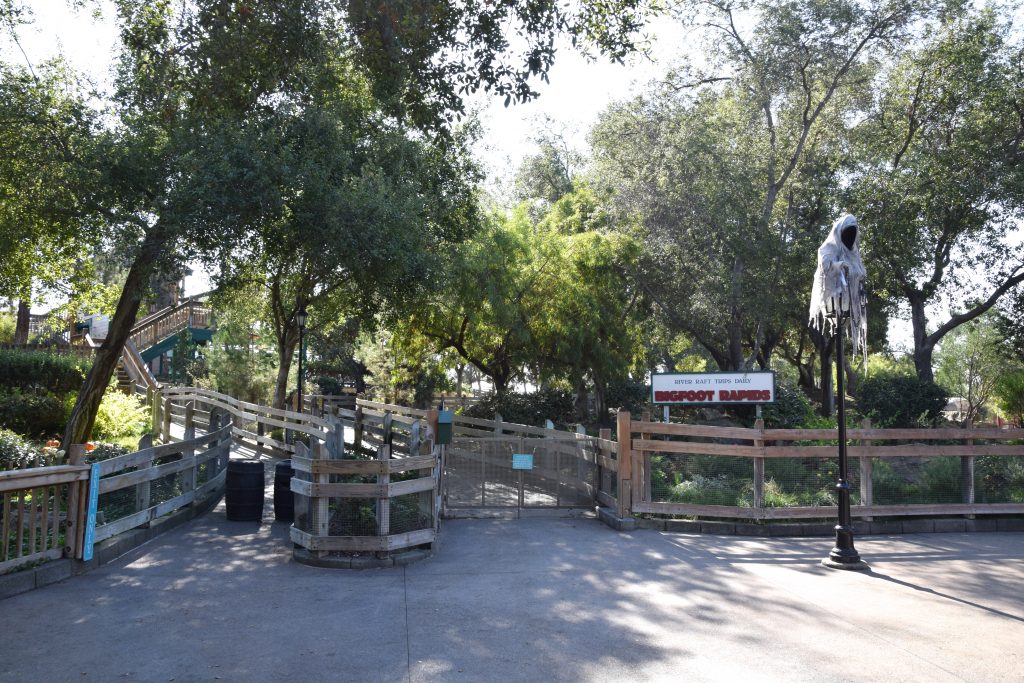 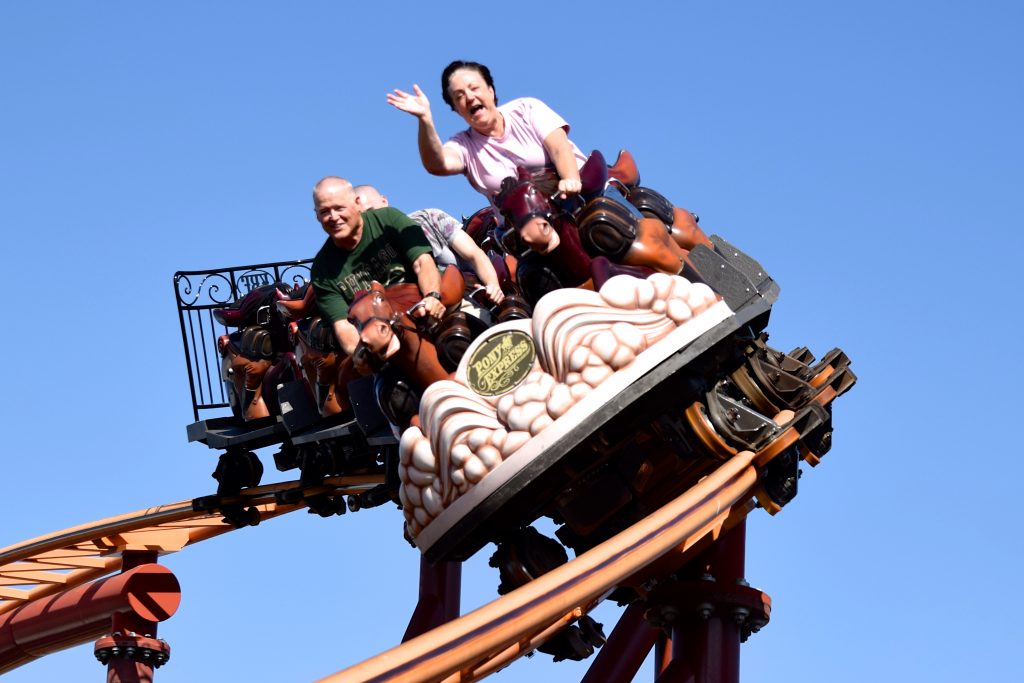 In a few weeks this netting for Knott’s Scary Farm’s Ghost Town Streets will be gone and replaced with the lights and snow of Knott’s Merry Farm. That event starts mid November. 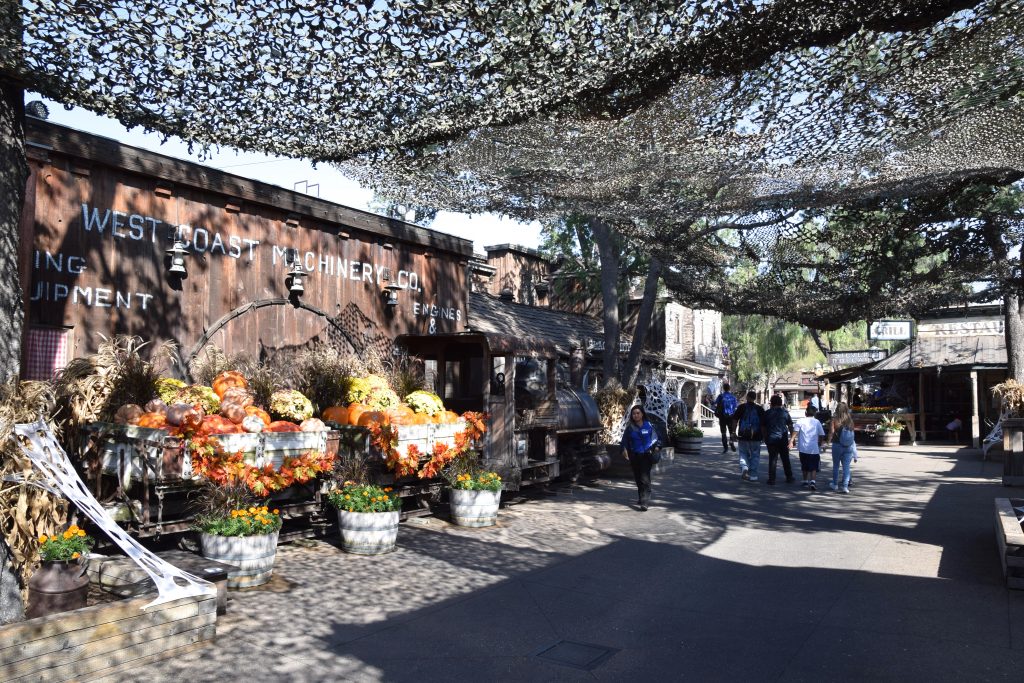 You know Disneyland Resort has cats, but Knott’s Berry Farm has a bunch of cute ones as well! Next time you get ready to ride GhostRider, take a look around the entrance rocks, you’ll likely spot one! 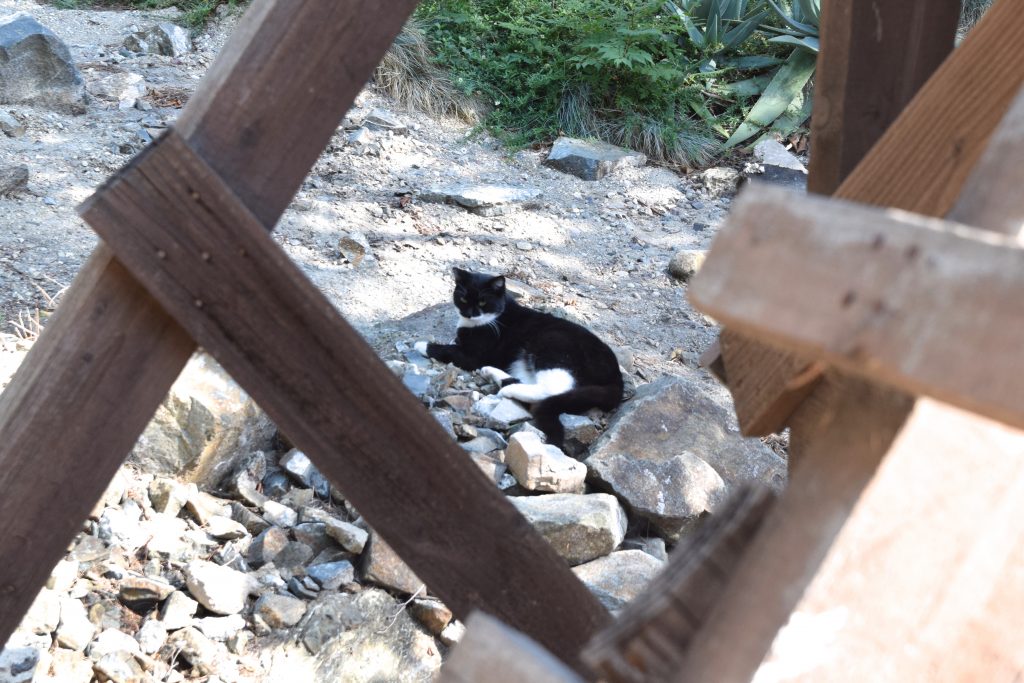 GhostRider is still running great, and so is Silver Bullet. It was so exceptionally slow that we really got to enjoy riding all rides with minimal waiting. 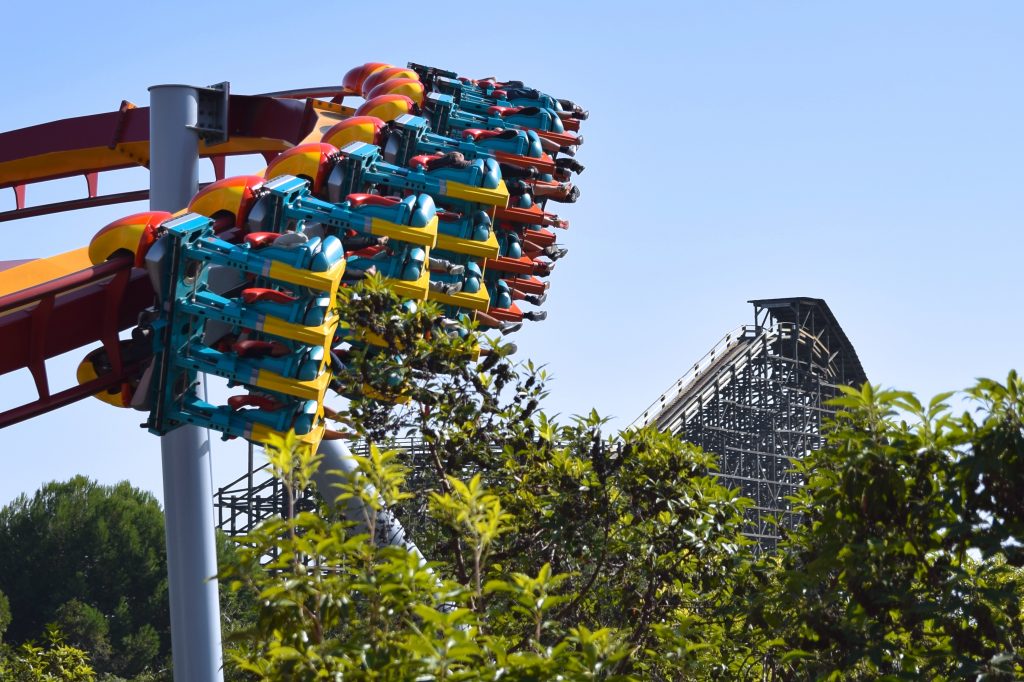 One of three Silver Bullet trains is currently undergoing a refurbishment. It’s nice that the park got a 3rd train, because now we do’t have to worry about 1-train operations on busy days. 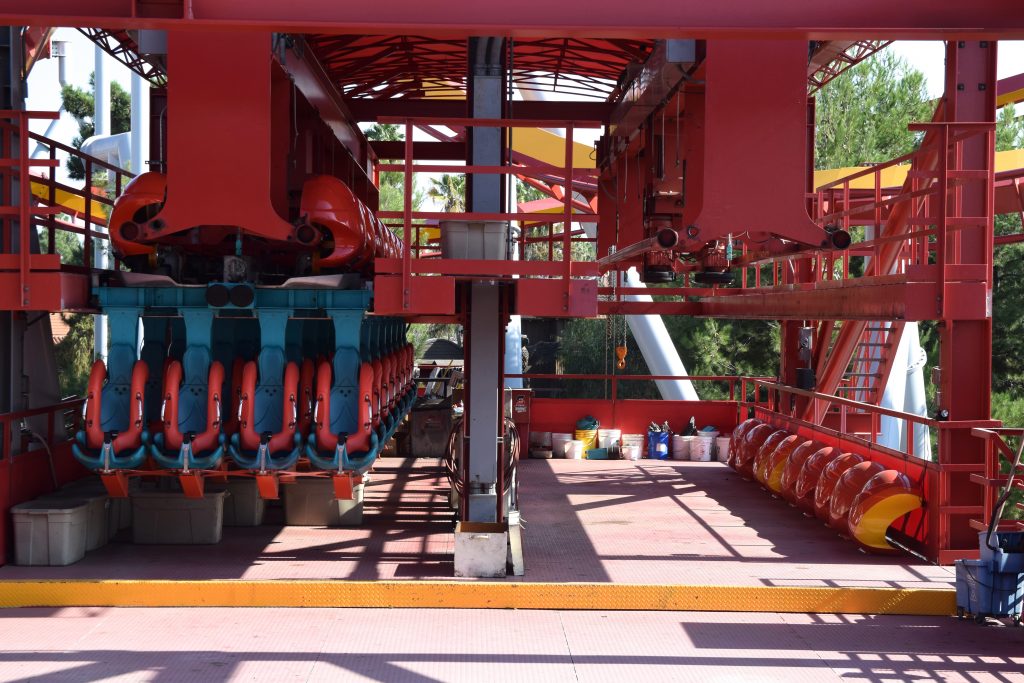 Thank you for checking out this Knott’s Berry Farm Update! Check out this week’s new Six Flags Magic Mountain and Disneyland Report updates!