Phantasialand in Brühl, Germany is famous for its detailed environs, top-notch entertainment, and unparalleled collection of roller coasters. In 2016, however, Phantasialand’s already stellar status pierced the stratosphere with the unveiling of their magnum opus: a basalt-laiden norse wonderland called “Klugheim.”

– Over the years, many of our images have popped up on other sites and forums, awesome that our coverage spreads, not so awesome that not everyone mentioned where they got the images from. We are totally fine with our audience using our images, BUT ONLY IF credit is given to californiacoasterkings.com. Thank you!

Withdrawing from the same aesthetic bank as enduring media phenomenons like Game of Thrones and The Elder Scrolls: Skyrim, Klugheim is your rambunctious viking fantasy incarnate. 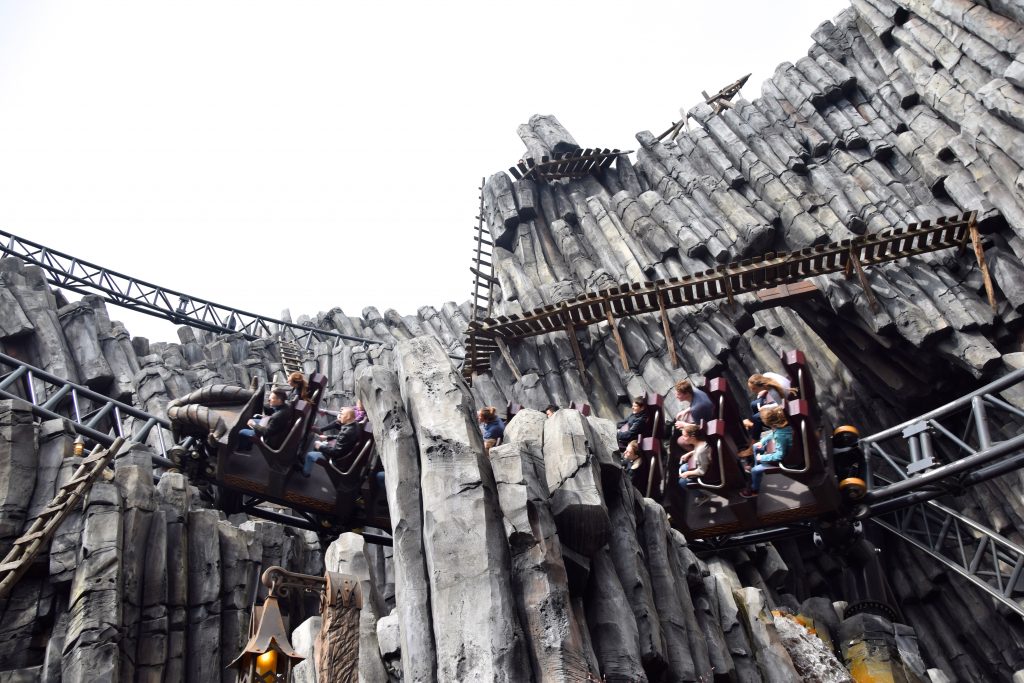 Most of Phantasialand’s areas are anchored by record-breaking, industry-defining attractions, and Klugheim is no exception. 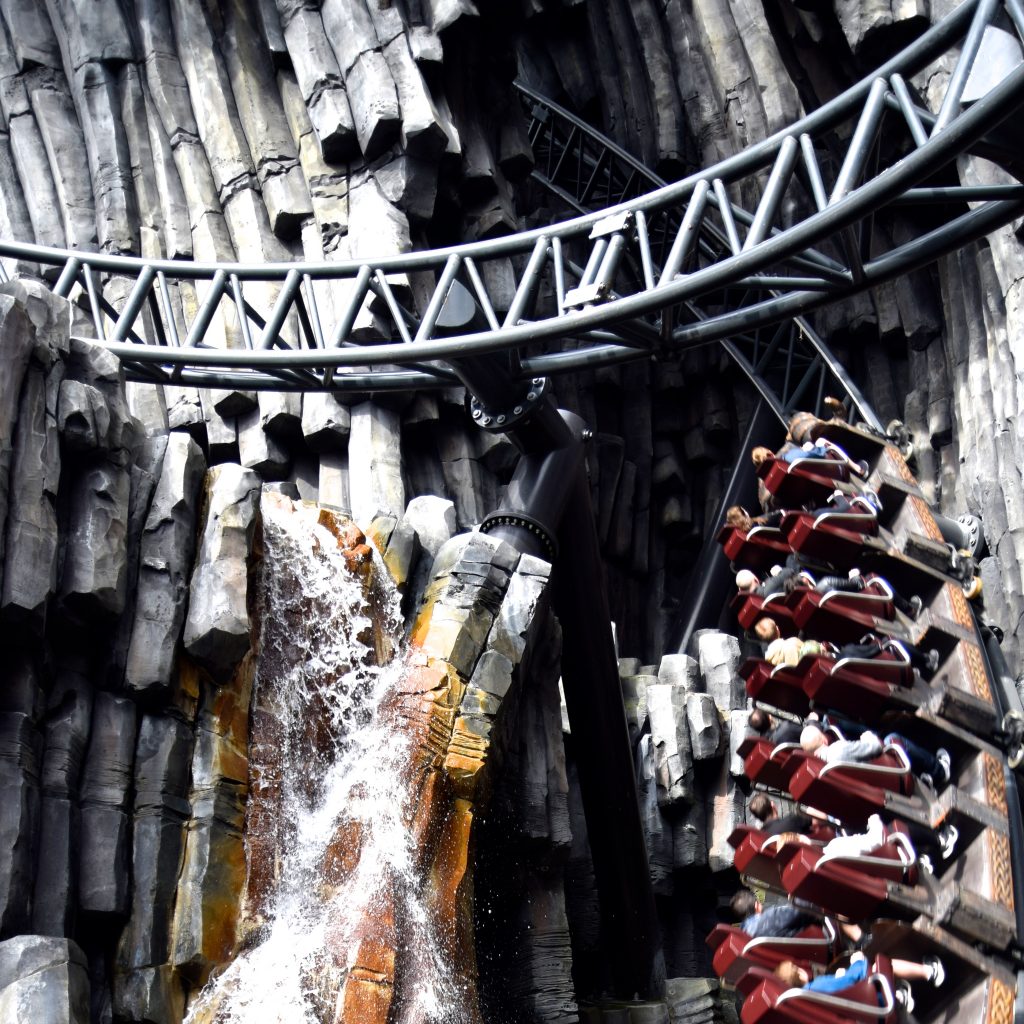 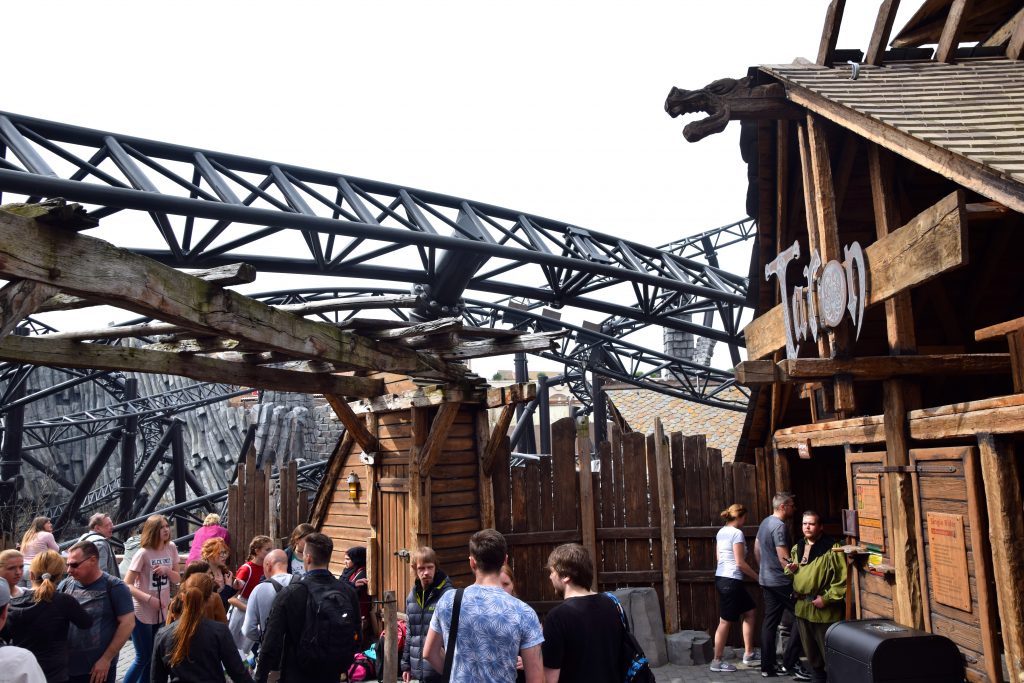 Designed by Intamin and Phantasialand, Taron is an unrelenting onslaught of speed and forces. 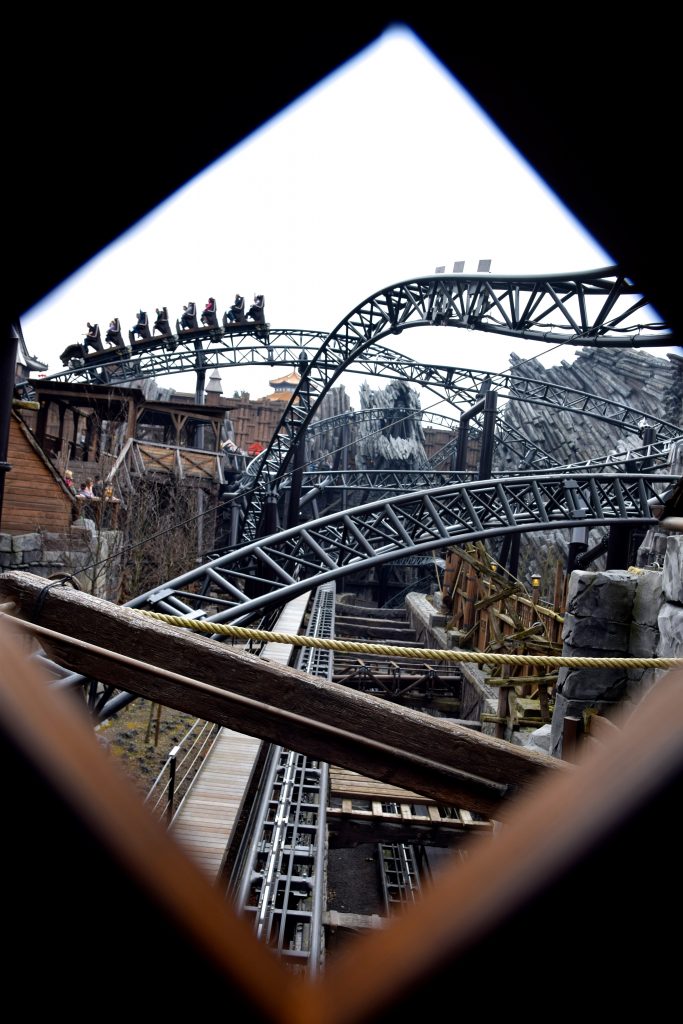 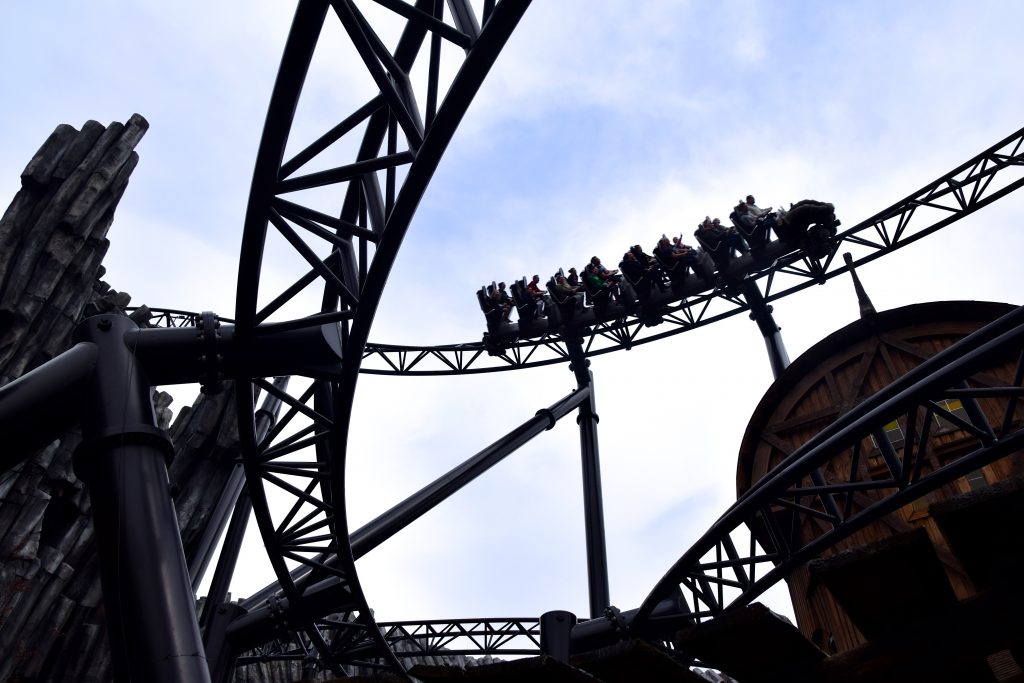 An impressive max speed of 72.7mph (117kph) makes Taron the fastest multi-launch coaster in the world. 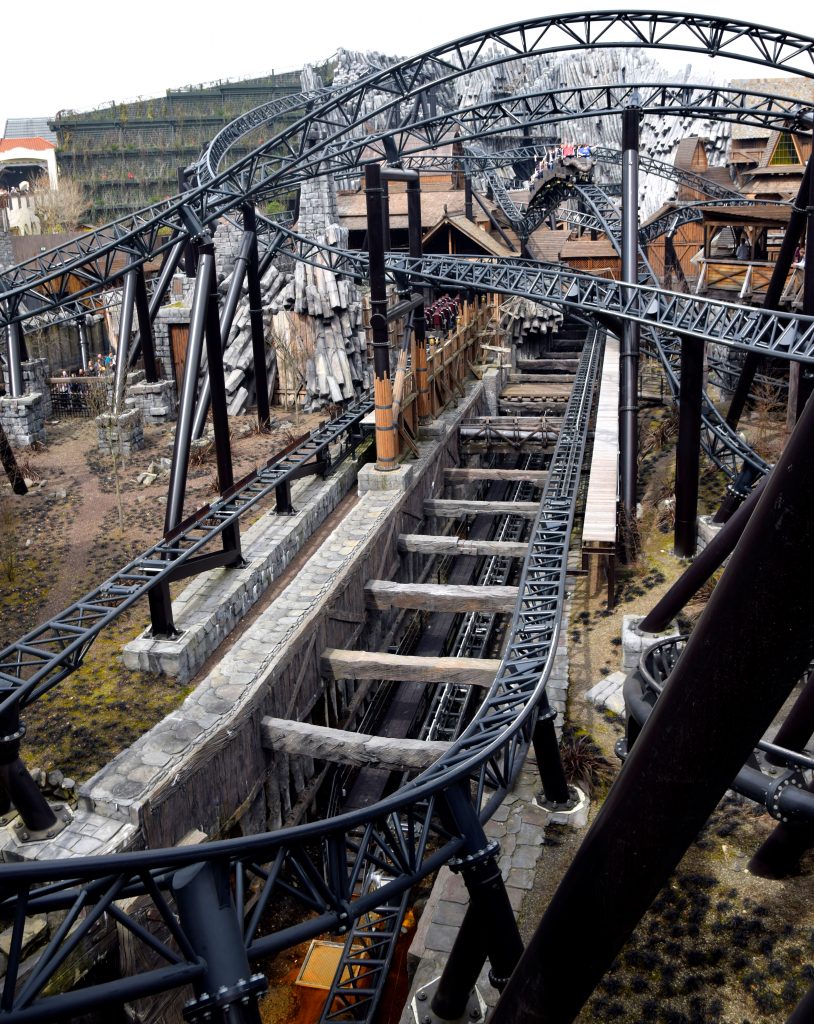 And, if all that wasn’t enough, the ride is utterly gorgeous. AND it holds the record for the most times passed over/under itself – 116. 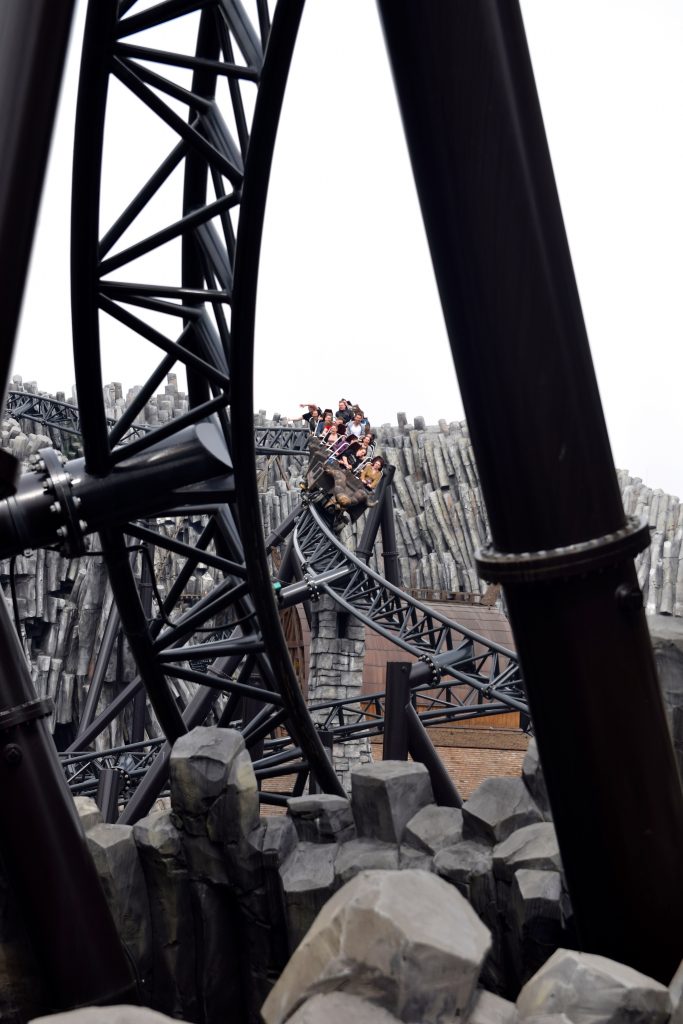 But Klugheim, of course, is not merely a coaster – it’s an experience. 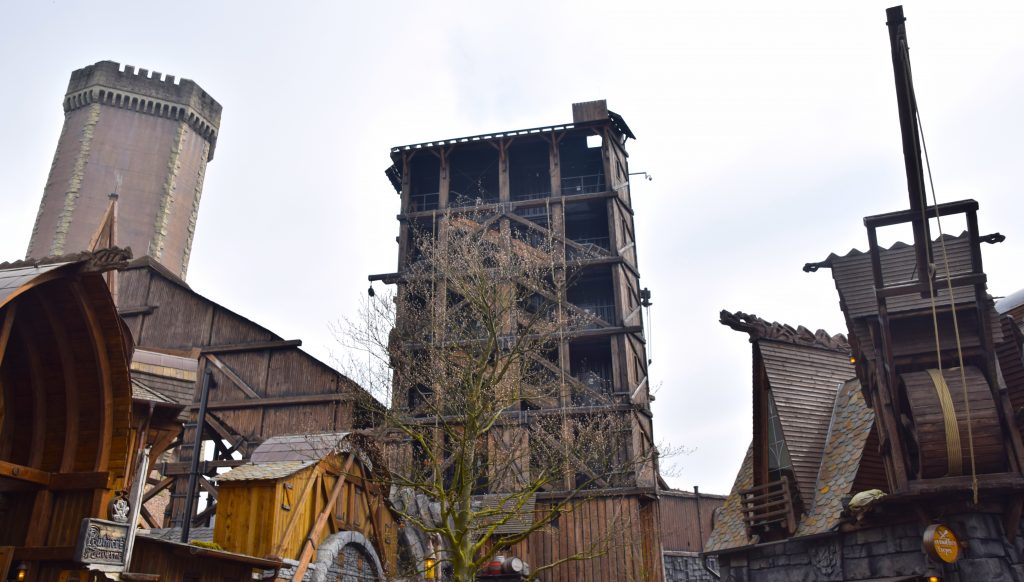 An experience that includes  – not one – but two roller coasters. 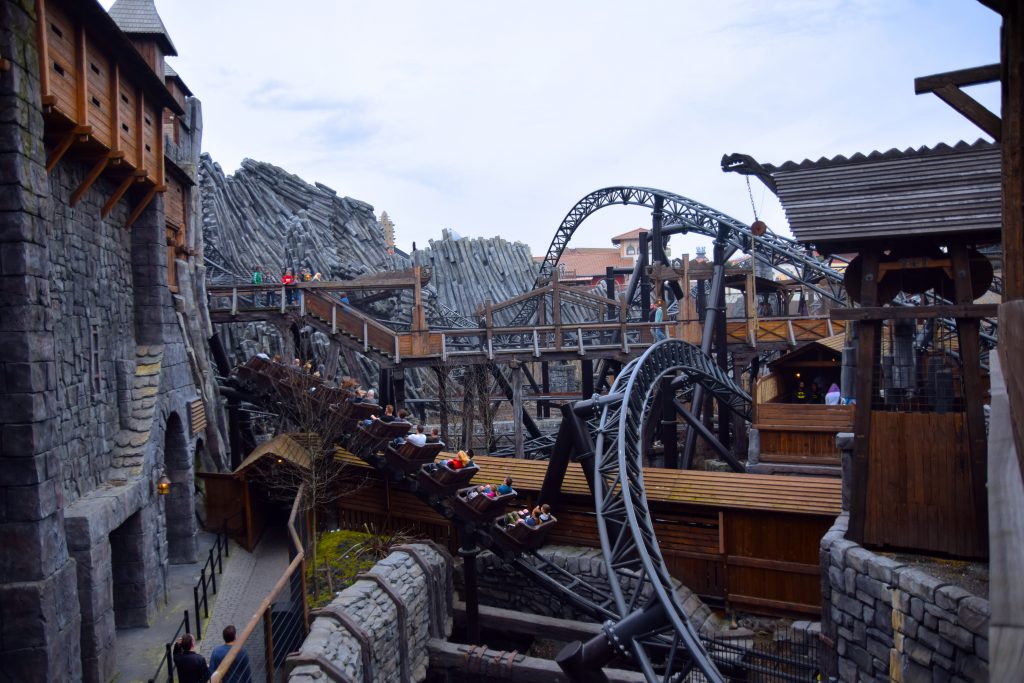 Taron’s supporting act in Klugheim is Raik, a custom Vekoma family boomerang that both entwines with Taron and threads the superstructure of Phantasialand’s existing River Quest rapids ride. 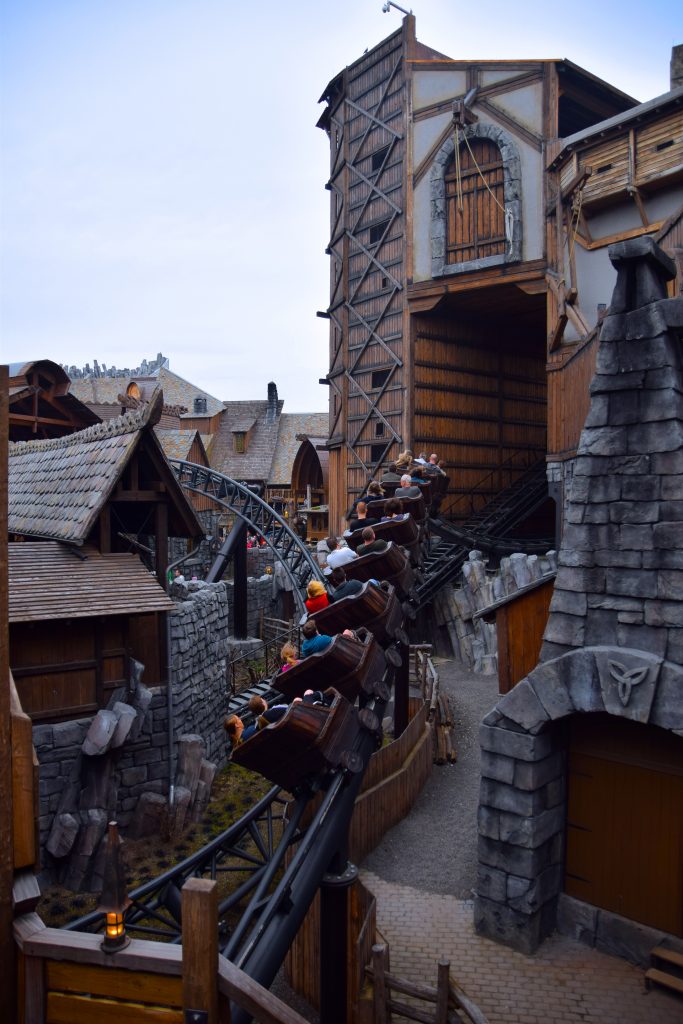 Originally built to co-anchor the park’s “Mystery” area (which is now mostly comprised of Klugheim), River Quest is a 7-story Hafema flume that contends for even the most seasoned enthusiast’s “favorite rapids ride” designation. 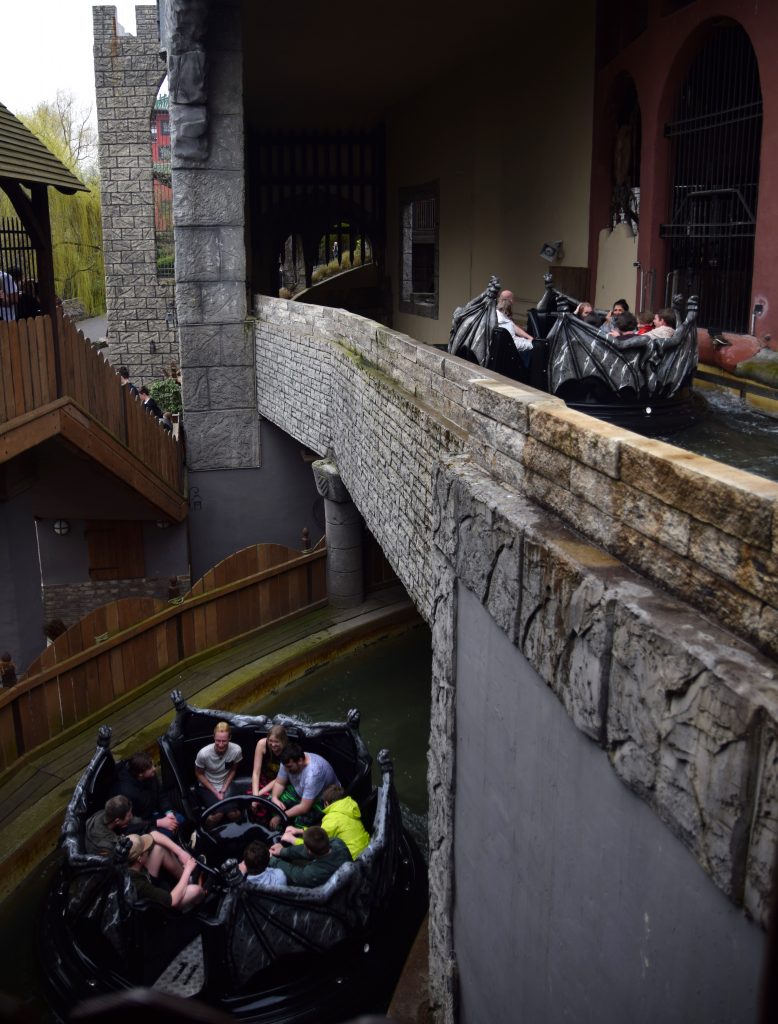 Rounding out the surroundings is Mystery Castle, a revolutionary Intamin bungee-drop disguised as something that could pass for a historic landmark. 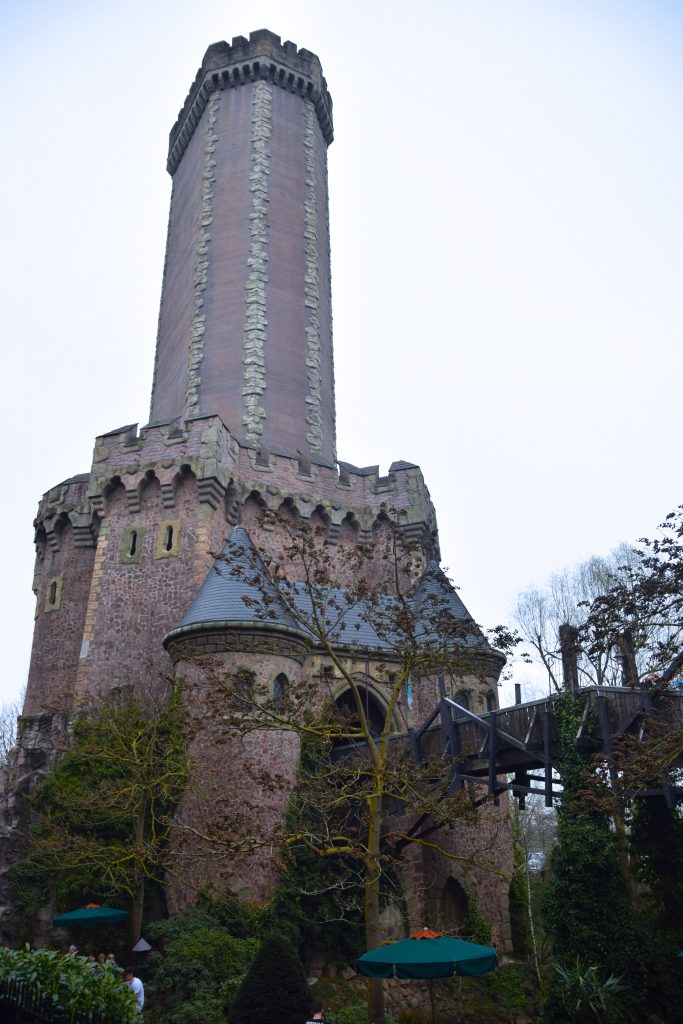 No detail is overlooked: area-specific and ride-specific music is provided by IMAscore. Authentically-crafted lumber, steel, and basalt make up the infrastructure. Heart-made leather goods and regional cuisine entice buyers. Even the foliage does an uncanny job of fitting the surroundings. 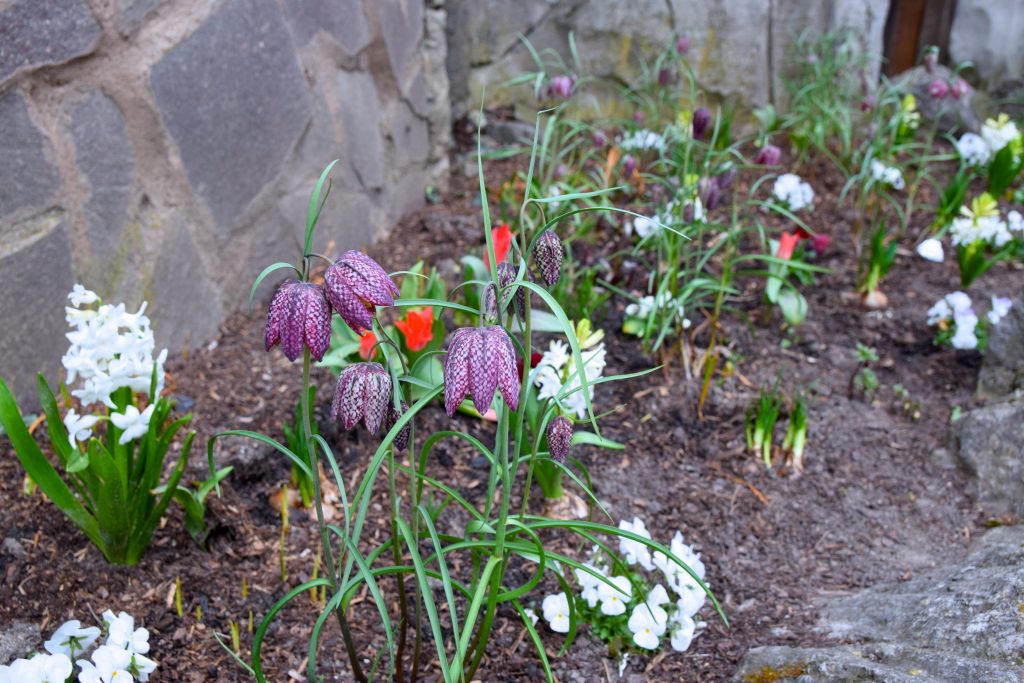 With all that said, Taron remains the clear star of Klugheim at the end of the day (literally – hotel guests can enjoy Extra Ride Time on Taron and other attractions at the conclusion of normal business operating hours). 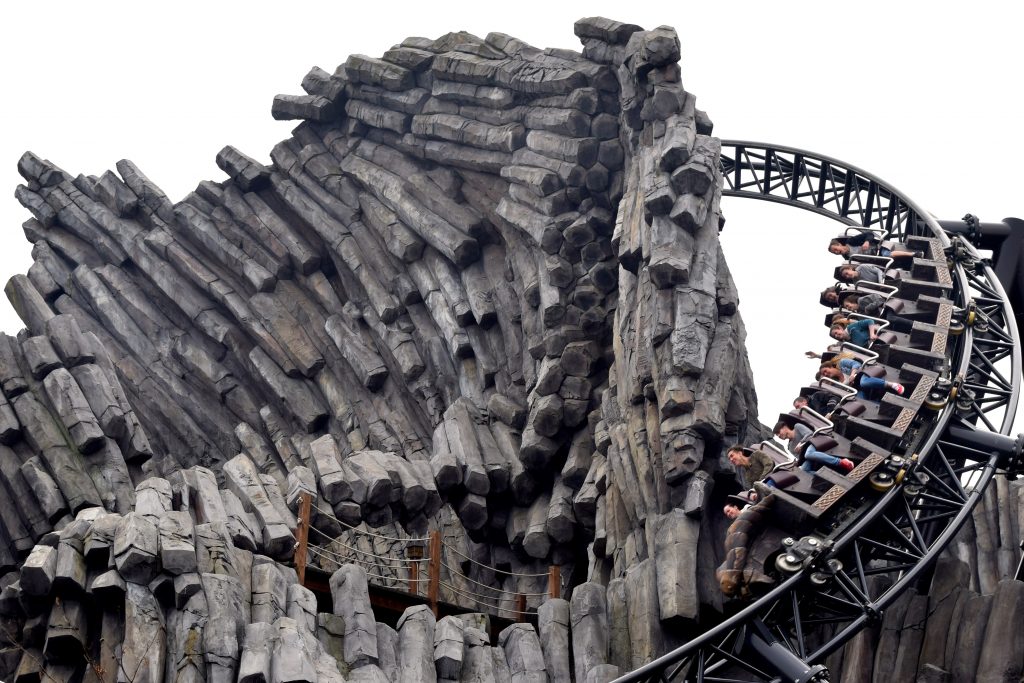 Taron – and by extension, Klugheim – is an unforgettable thrill that leaves guests desperate for more. If this isn’t the industry’s greatest themed area, we don’t know what is.