Sean: 2020 may have thrown all of our international plans out the window, but that does allow for more time to revisit our favorite parks (if operating) throughout the United States! We were honestly afraid that after the recent removal of our favorite, Vortex, Kings Island wouldn’t feel the same, but we had a great time.

We’ll start our report with a look at Beast from a far-away midway. We do so because this is a new sight. Vortex‘ plot has been completely cleared and landscaped to make it seem as if the Arrow mega-looper was never here to begin with. While we do miss the ride tremendously, we’re excited to report that the experience at the park was still great. The park’s lineup was not as badly hurt with the departure of this favorite as we had anticipated. 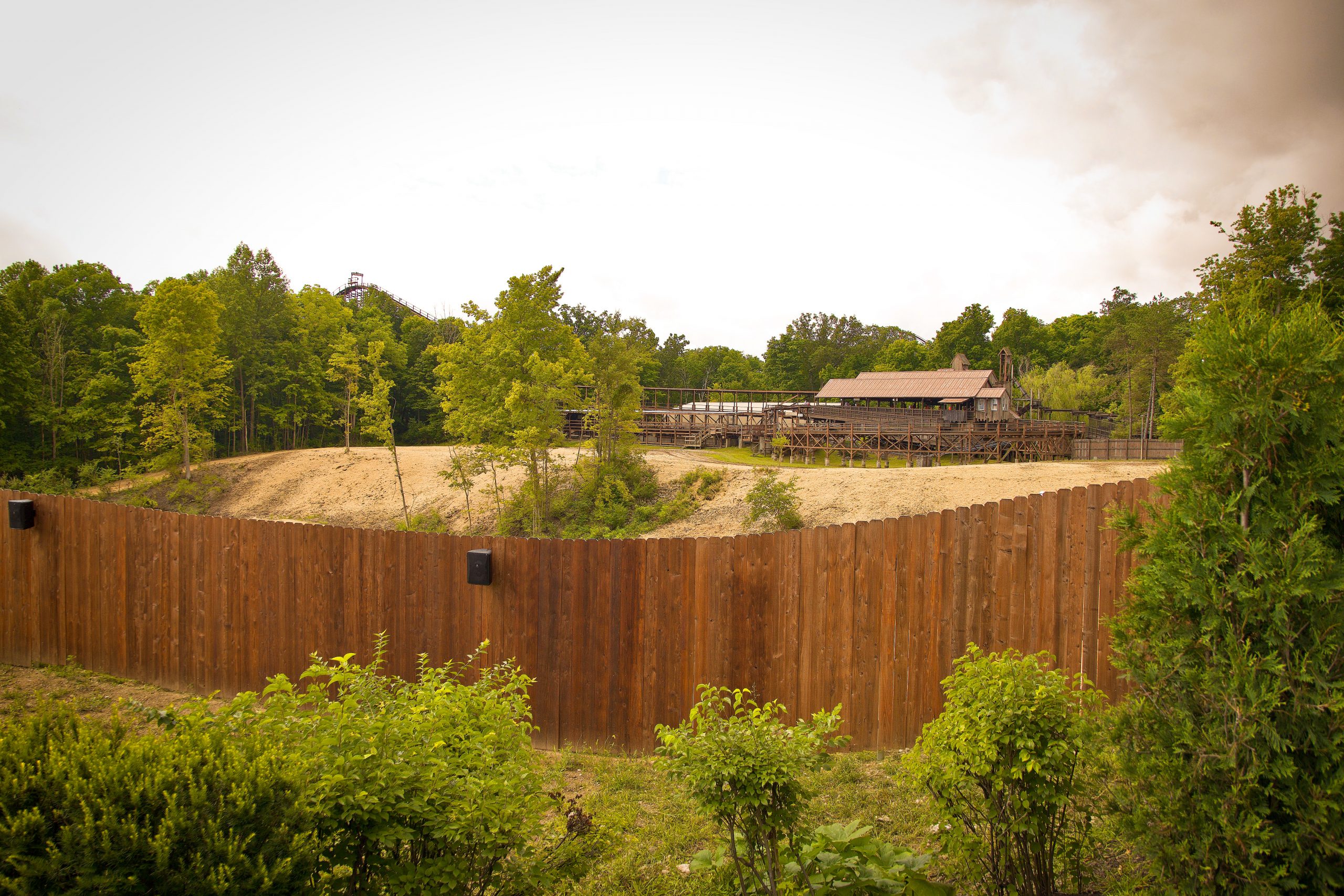 After eating at Melt at Cedar Point we were in the mood for something cheesy and unique to Kings Island, so after a quick search on the app we came up with the idea of grabbing a snack at Tom+Chee, a local favorite. We present to you the grilled cheese donut, a sweet and savory sandwich with a lot more flavor than expected. We actually really liked and will get it again. 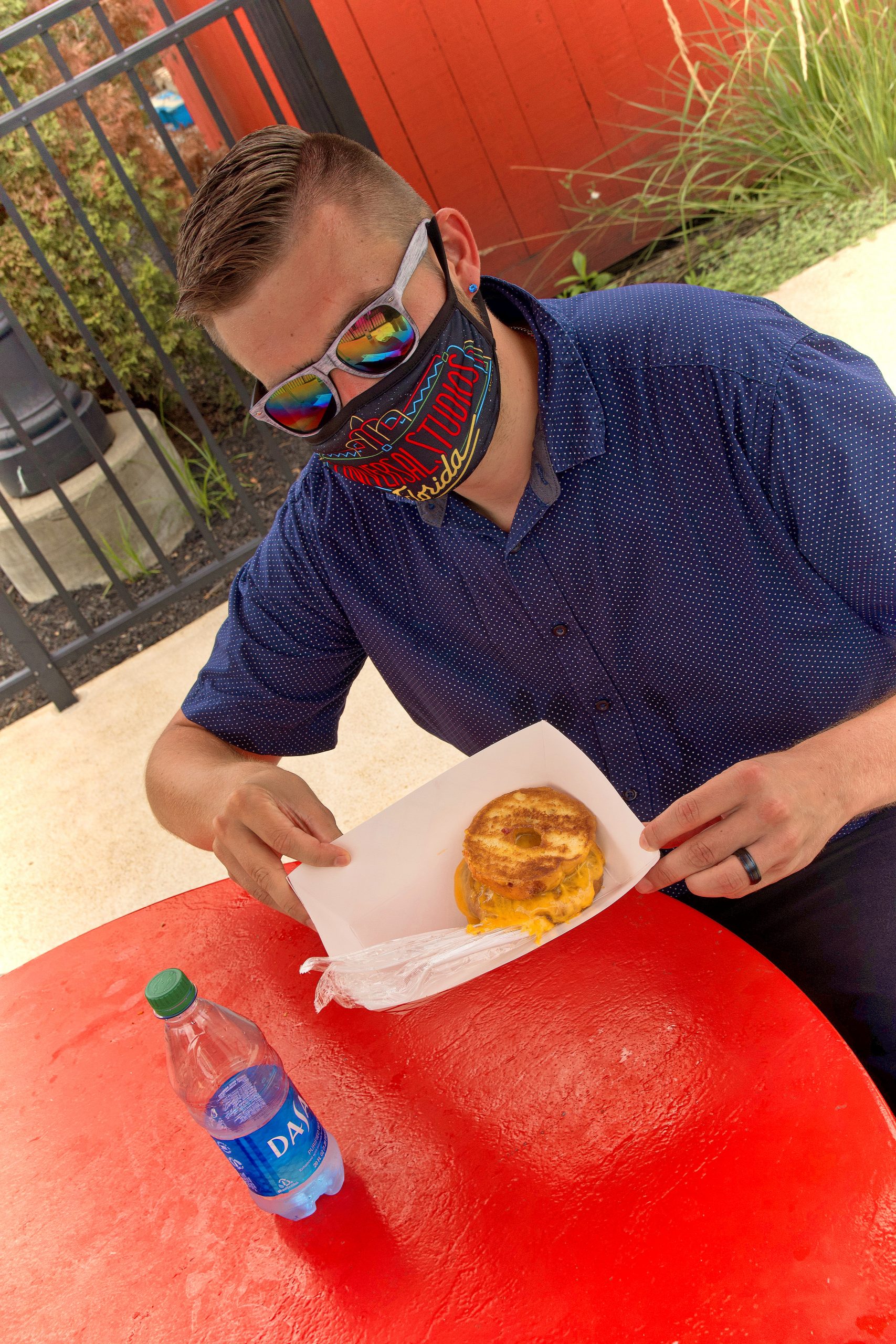 We were also thinking of checking out Festhaus for when it rained, however ended up not having a chance to check it out. We’ll be back soon to have a meal there. 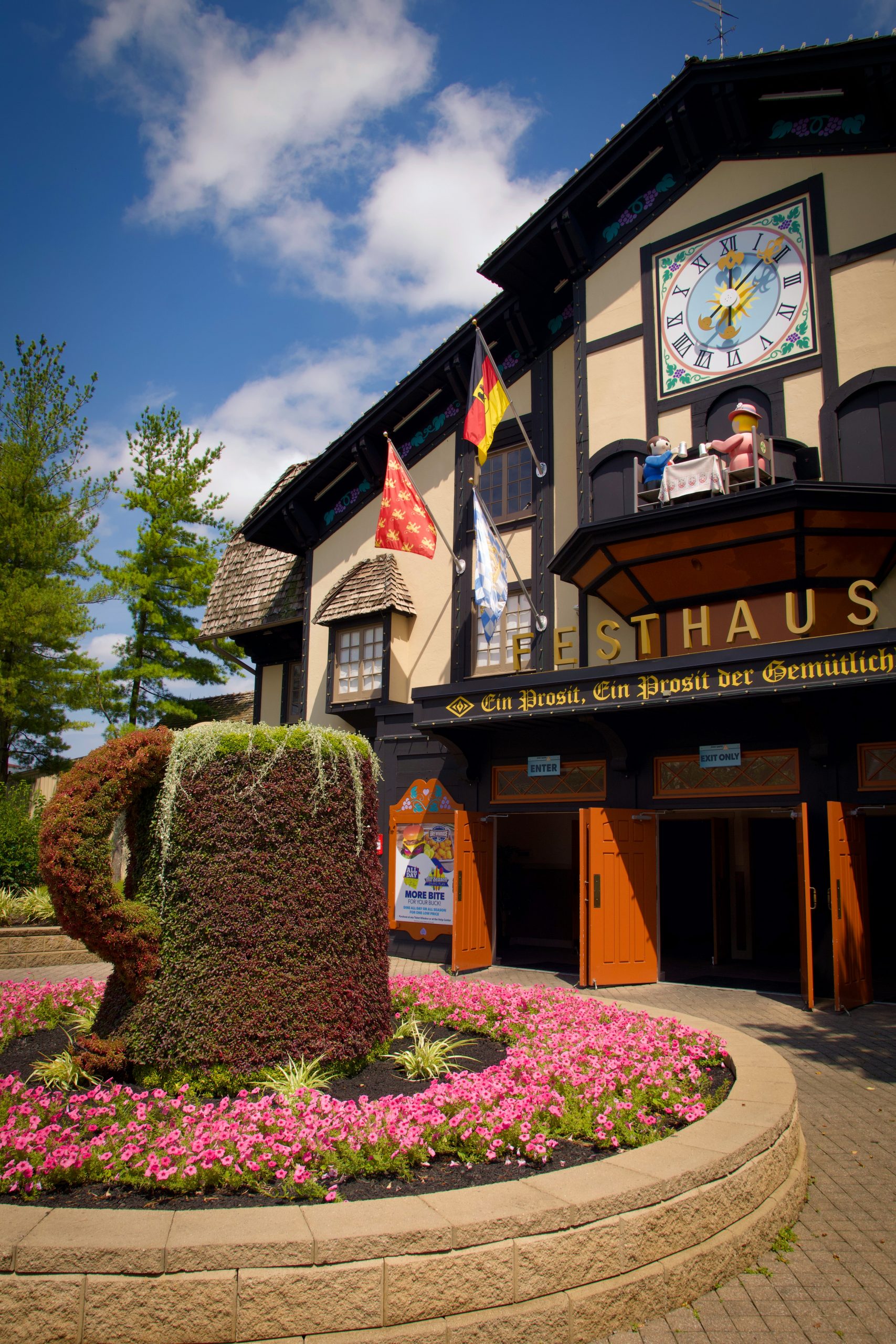 We were also pleased that beyond Gemini racing this trip, so was Racer. I will say that Racer ran a little too rough for my liking. Thanks for the retrack on that far turn though! Now I’d like a big investment for 2021 into the whole track getting some love, though I am aware this year’s financial nightmares for the industry may delay that. 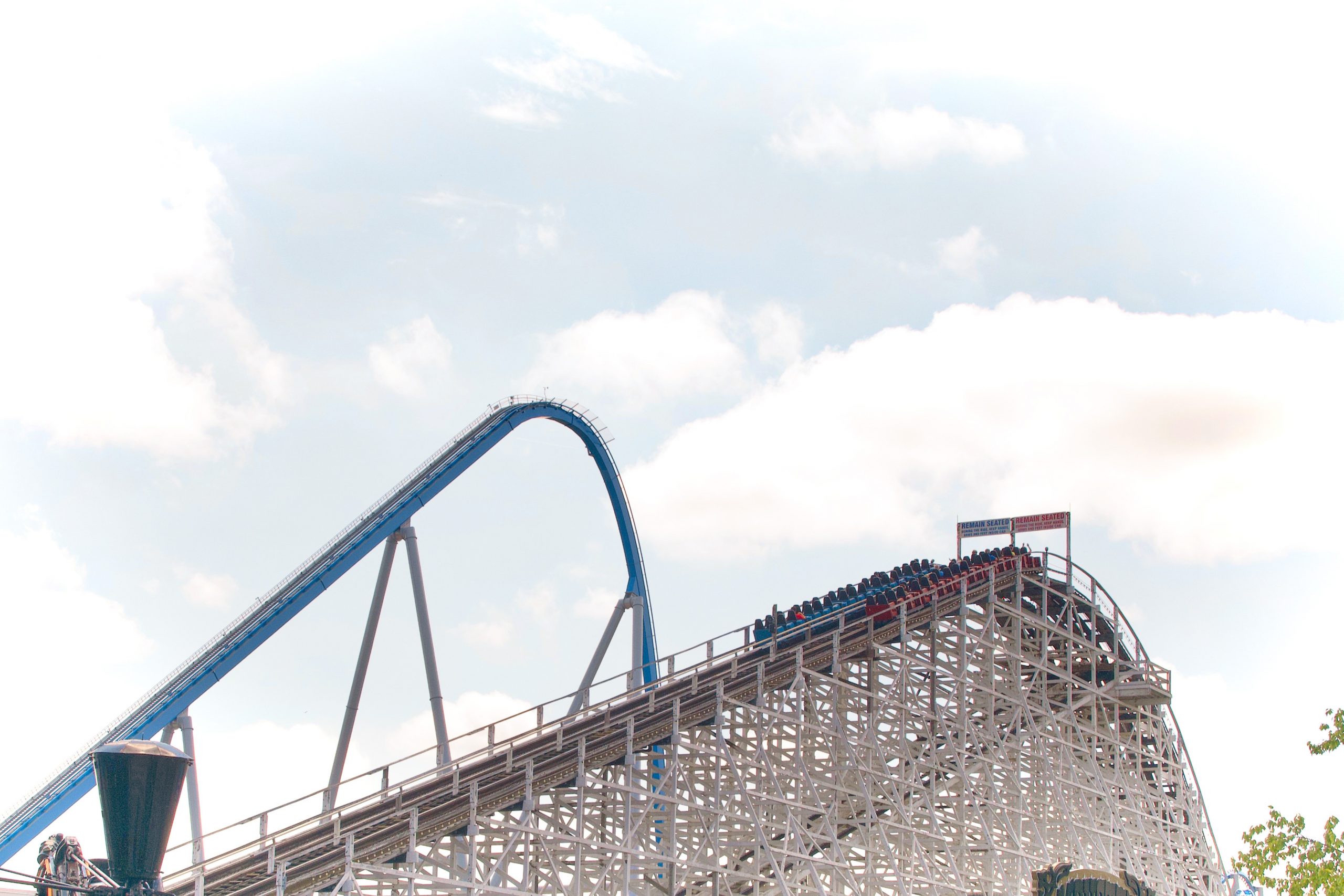 After the demise of both Vortex and Firehawk (our #1 and #2 at the park) we got plenty of insurance rides on Invertigo this trip in case this favorite is the next to go. 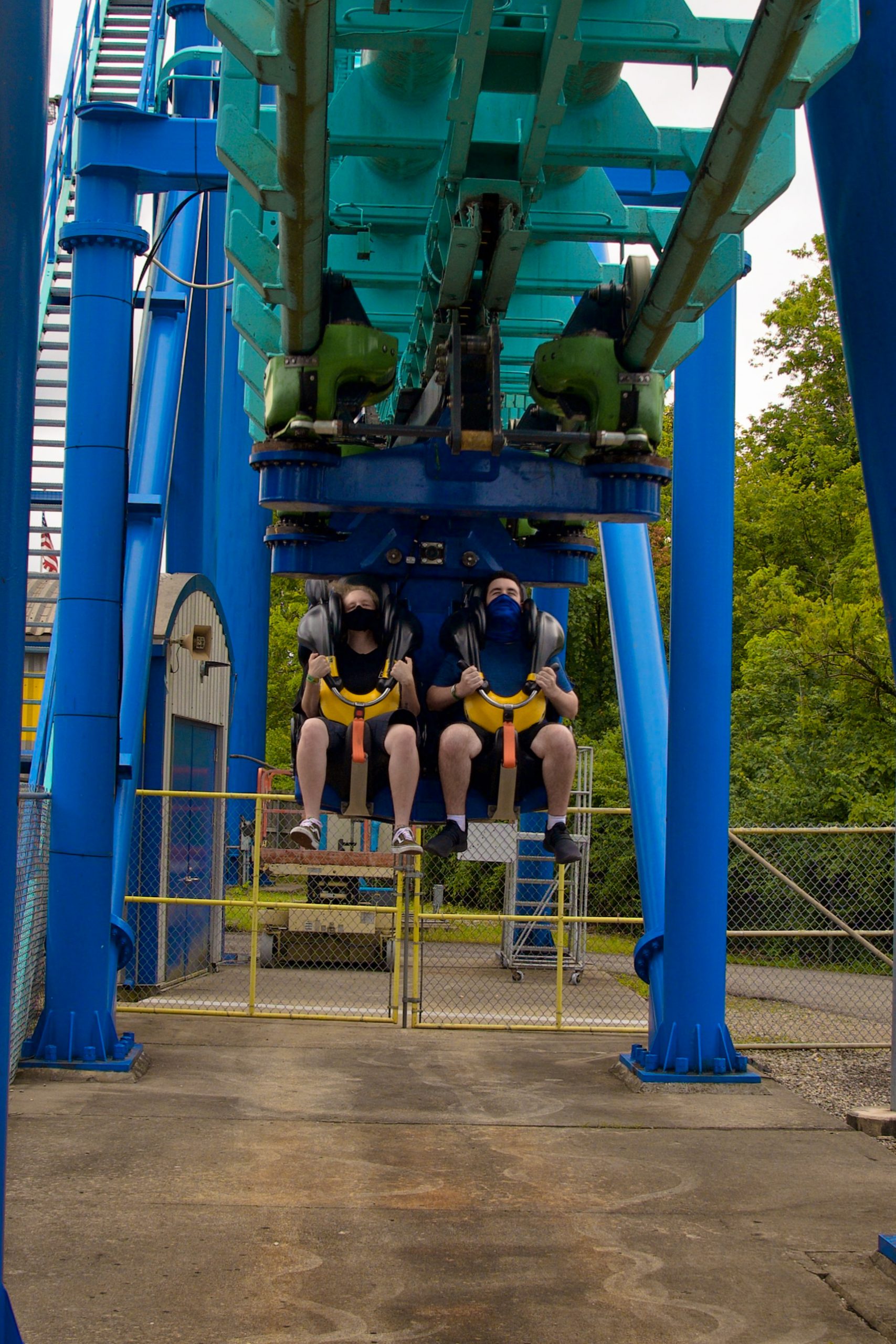 This season the original train is running, as where last season the recycled train from Dorney Park’s Stinger was used. We’ve been told the Stinger train will be back next year and that they will be switching off trains for the foreseeable future, giving us a little hope that Stinger died to prolong the life of Invertigo. 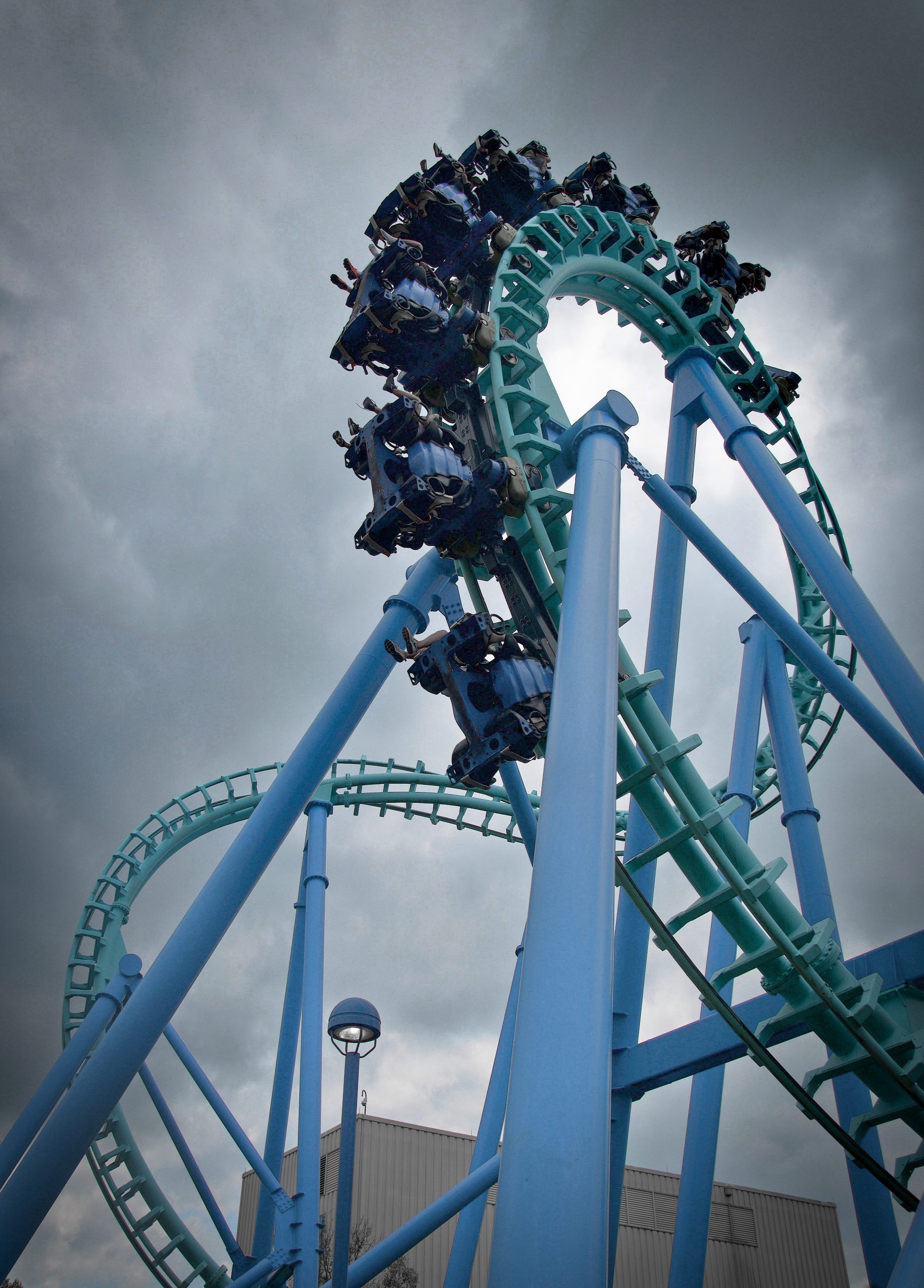 Last year we showed up to Beast about half an hour before the fireworks and missed our night ride due to the queue being closed early. This year, however, not only did we get a few night rides, we also got a couple of daytime rides on this trimmed-yet-aggressive wooden coaster. 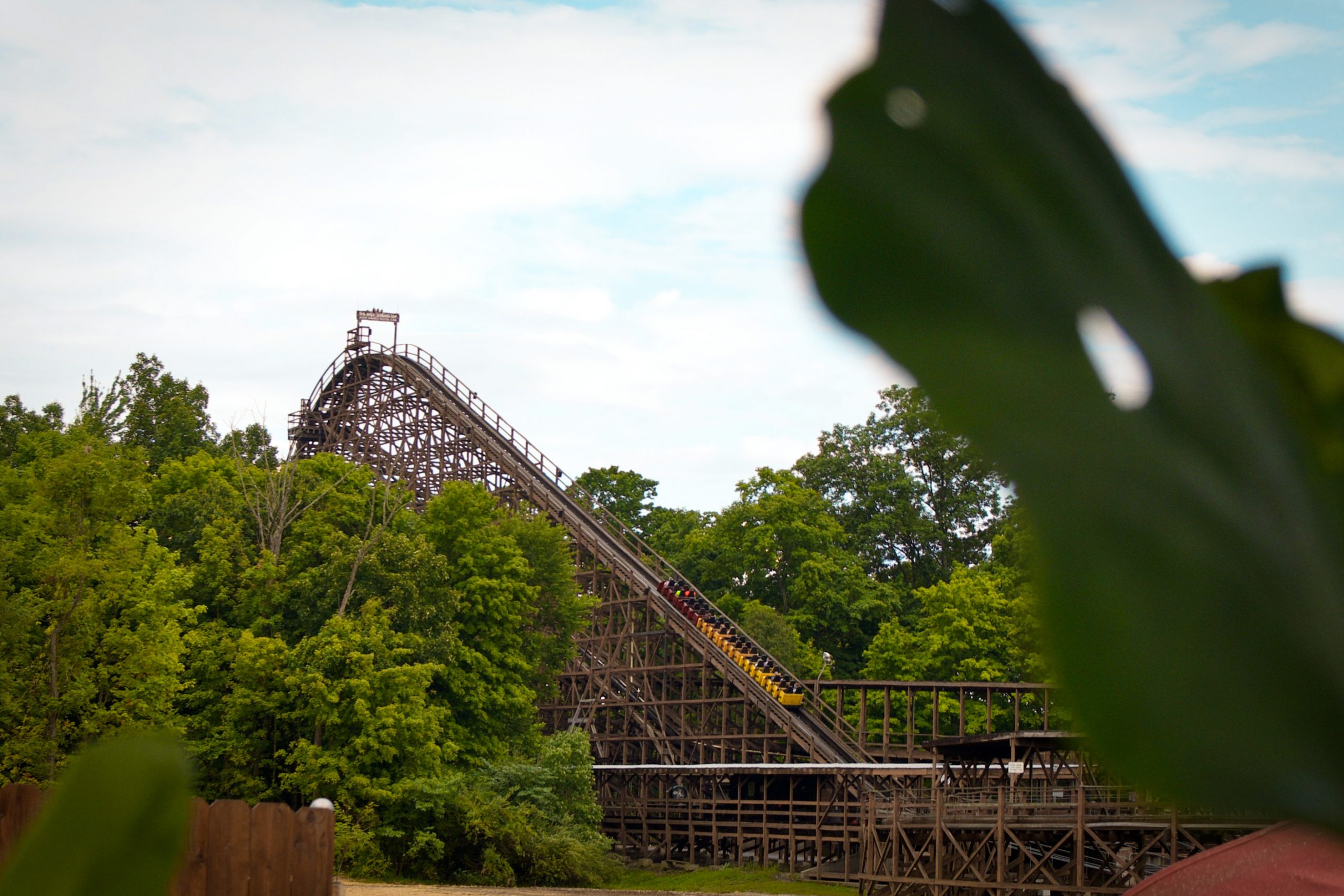 On past visits to the Ohio mega-parks we have always separated Cedar Point and Kings Island. This time around, both parks were on the same itinerary and it yet again confirmed that we prefer Kings Island. Every ride at Kings Island is well-maintained, has its own presence, and the classics live up to their former glory. The park is incredibly nicely landscaped and the layout of the park is very pleasant. To top it all of the park is polished, yet full of character. Much like all previous Paramount parks, Cedar Fair did a phenomenal job taking these properties and turning them into consistent experiences. 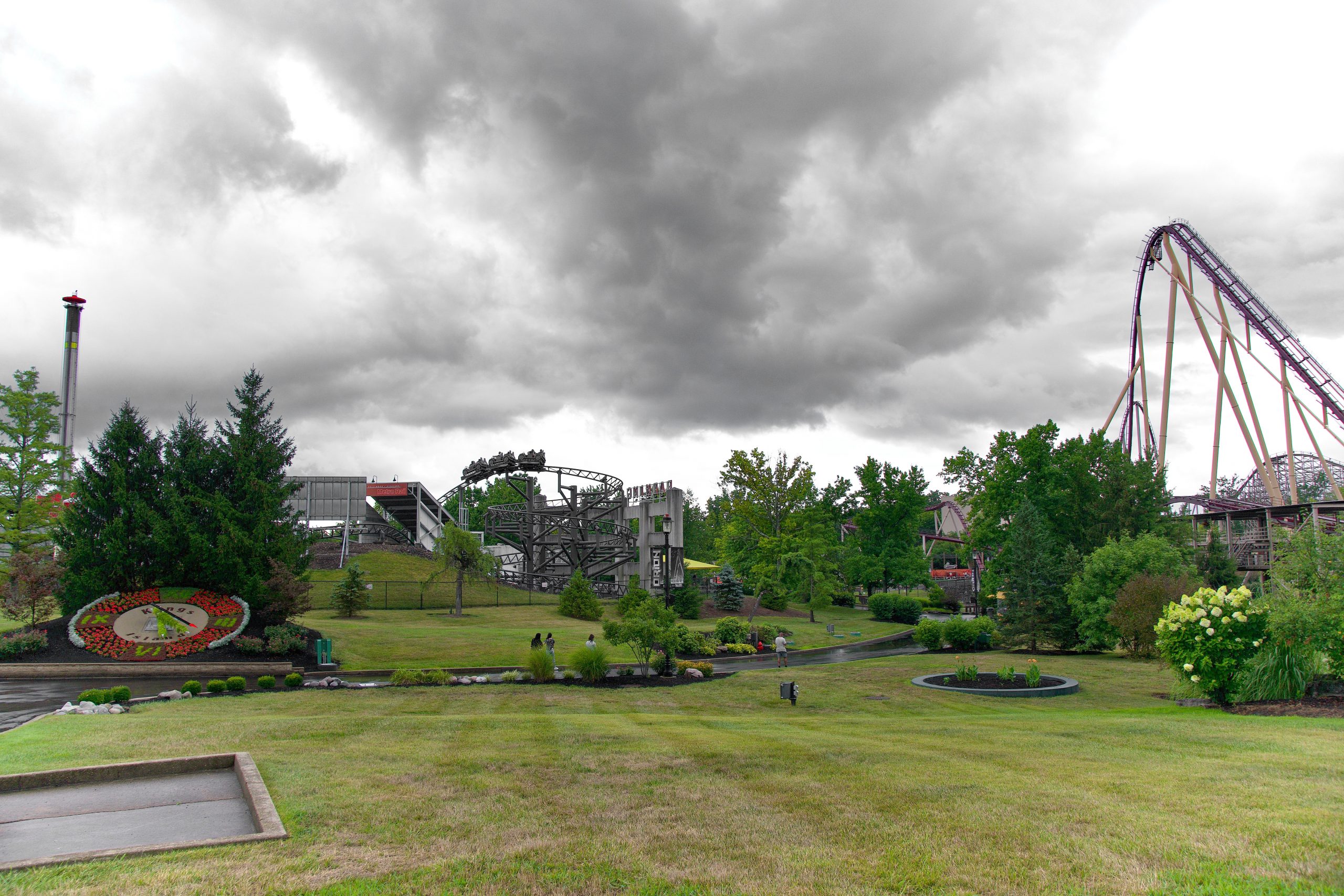 We also made a point of riding Backlot Stunt Coaster because I very much enjoy the comfort of the trains, the playful layout, and theming make for a very underrated experience. 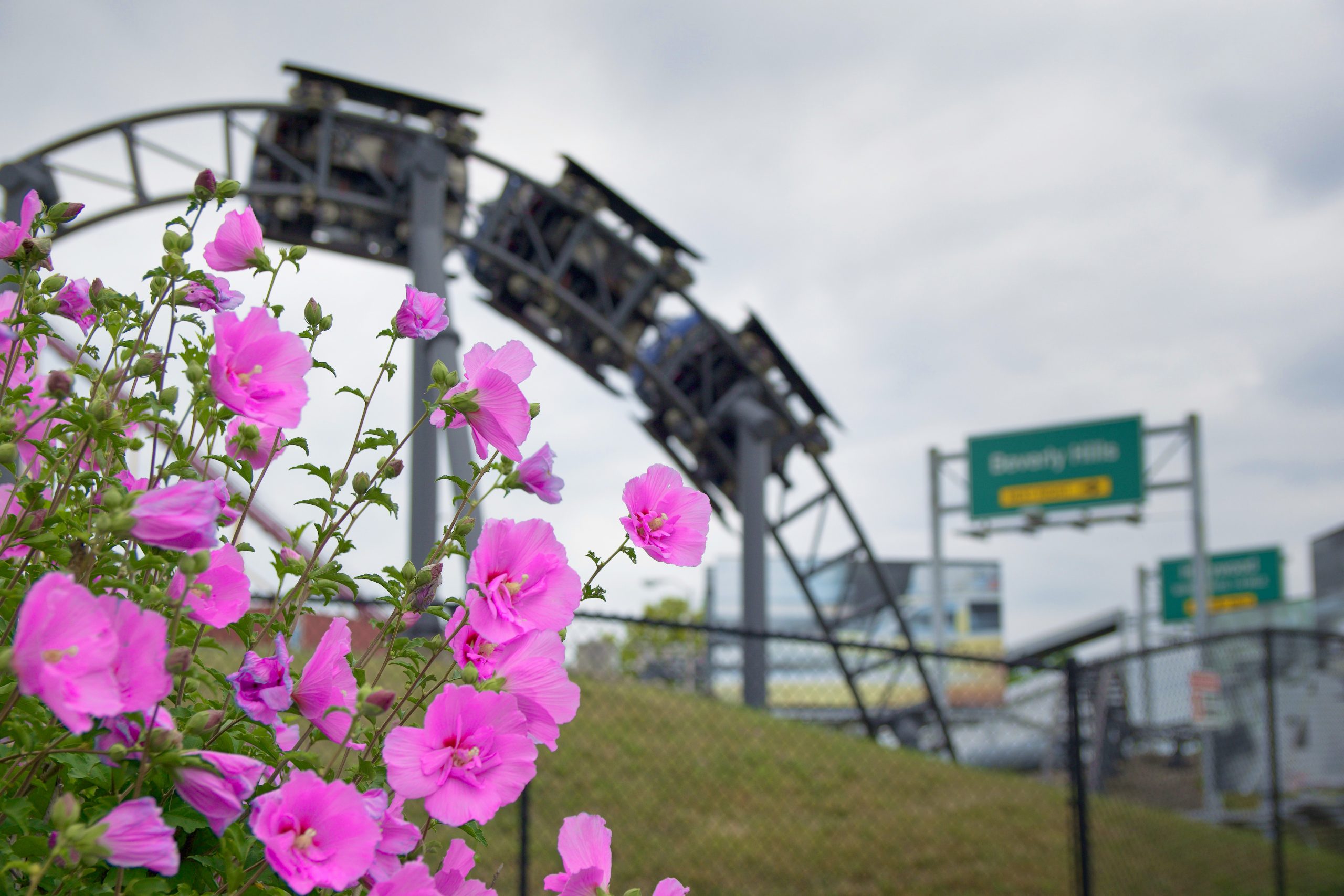 Another one of our very favorites is Bat! Avid readers of our site will know that Six Flags Magic Mountain’s Ninja played a big role in our lives, and though we still take it over Bat, Bat offers a great alternative suspended coaster experience. While scenic, Bat’s main focus is several high-speed turns and swings after a straight drop. 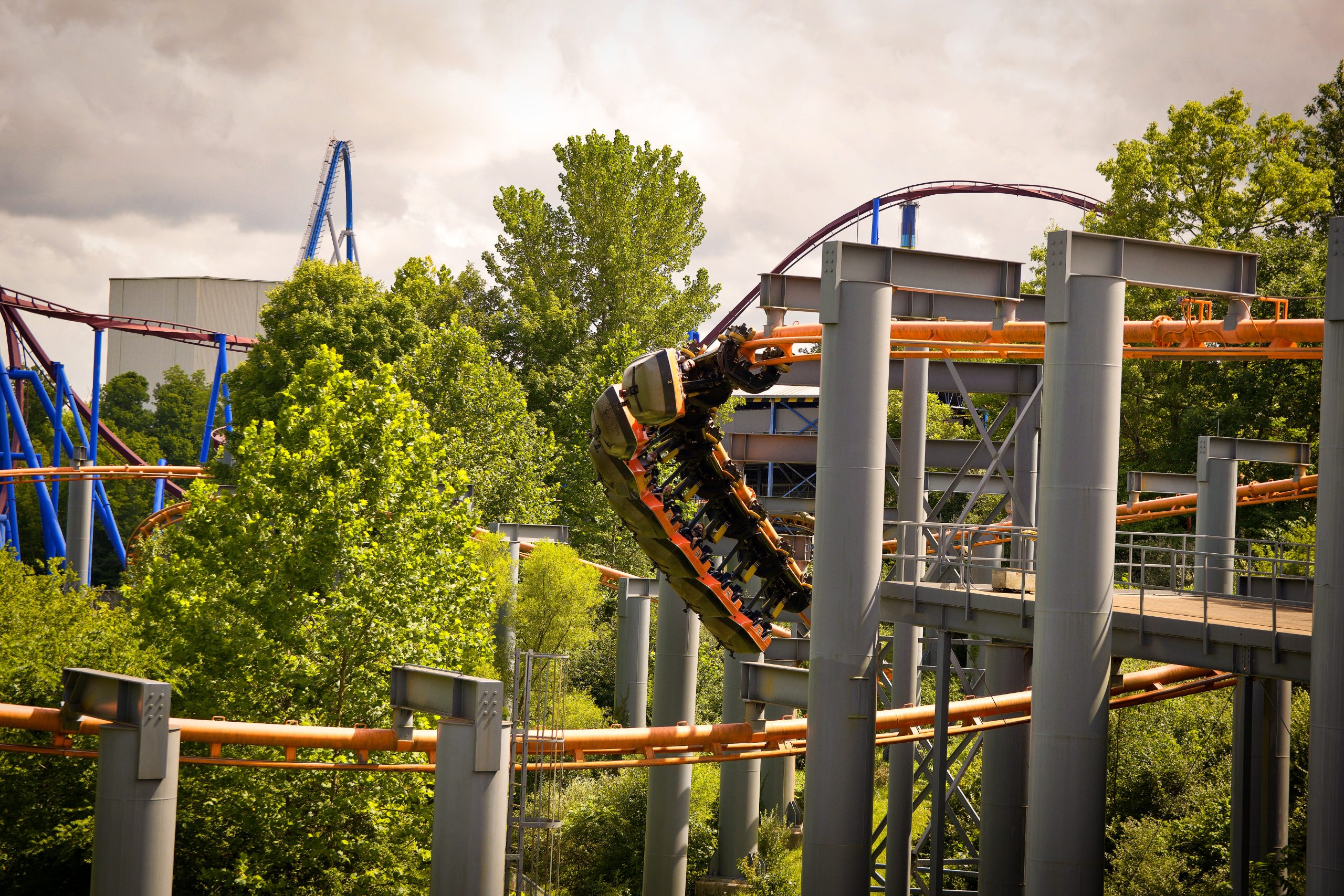 Our favorite part of the coaster is the highly elevated horseshoe turn over the station, which is spectacular no matter the seat you’re in. 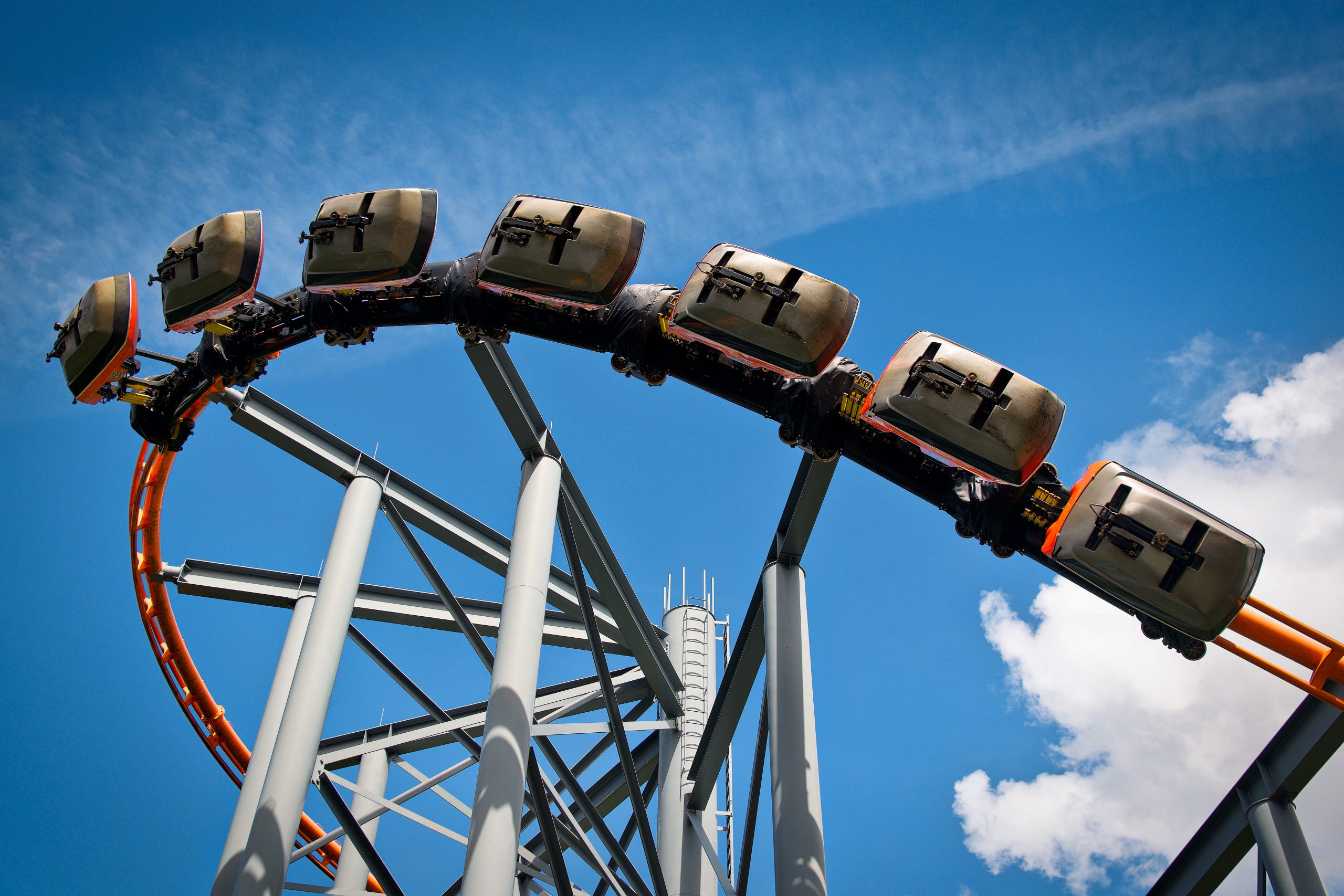 Bat’s acrobatics are glass smooth and very intense, making up for the ride’s rather short layout. 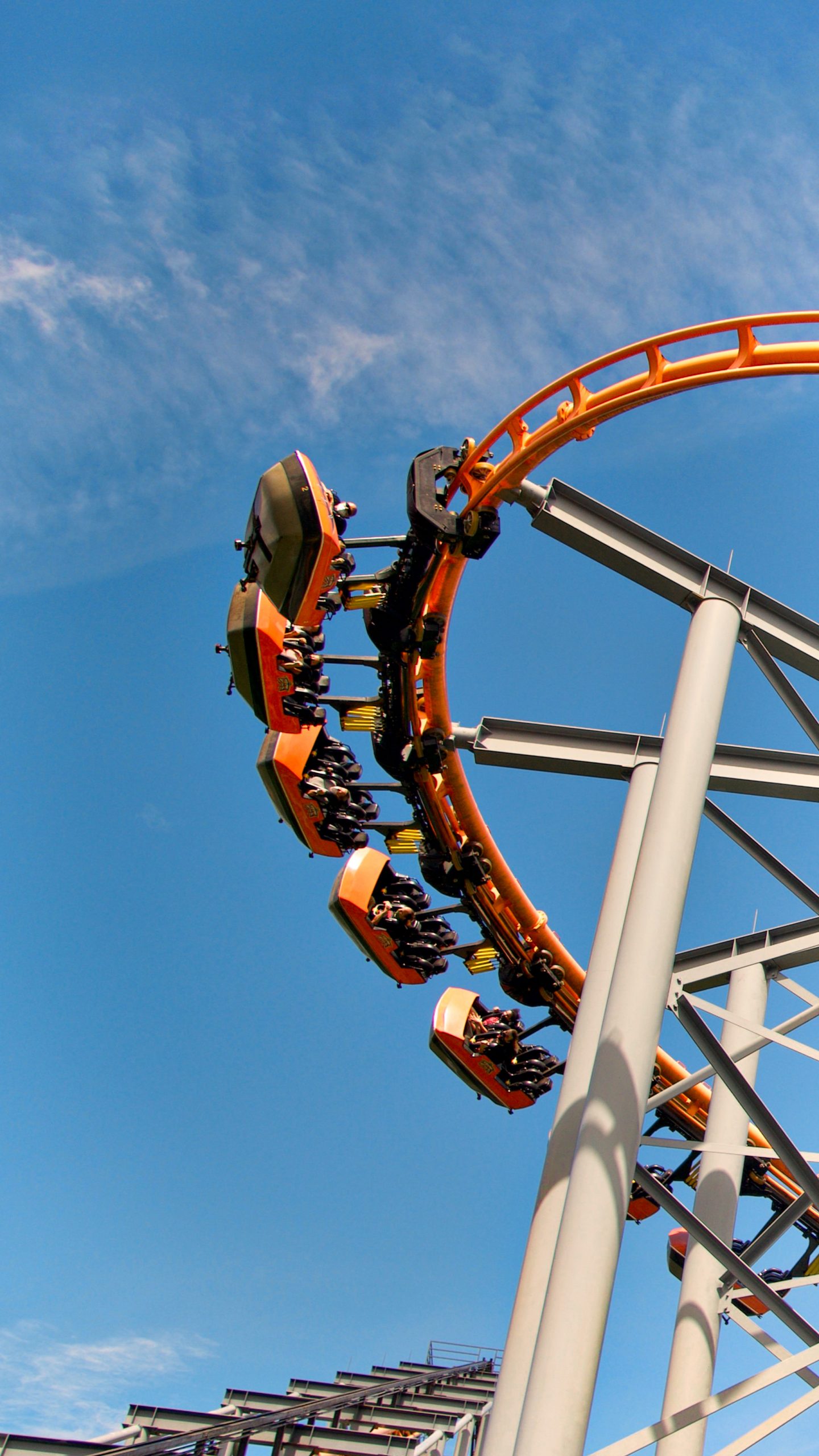 Bat is also a unique in a way that the superstructure is about as intense as it gets. By the time Arrow built this installation they learned from their mistakes and the ride’s horseshoe element is a perfect example. 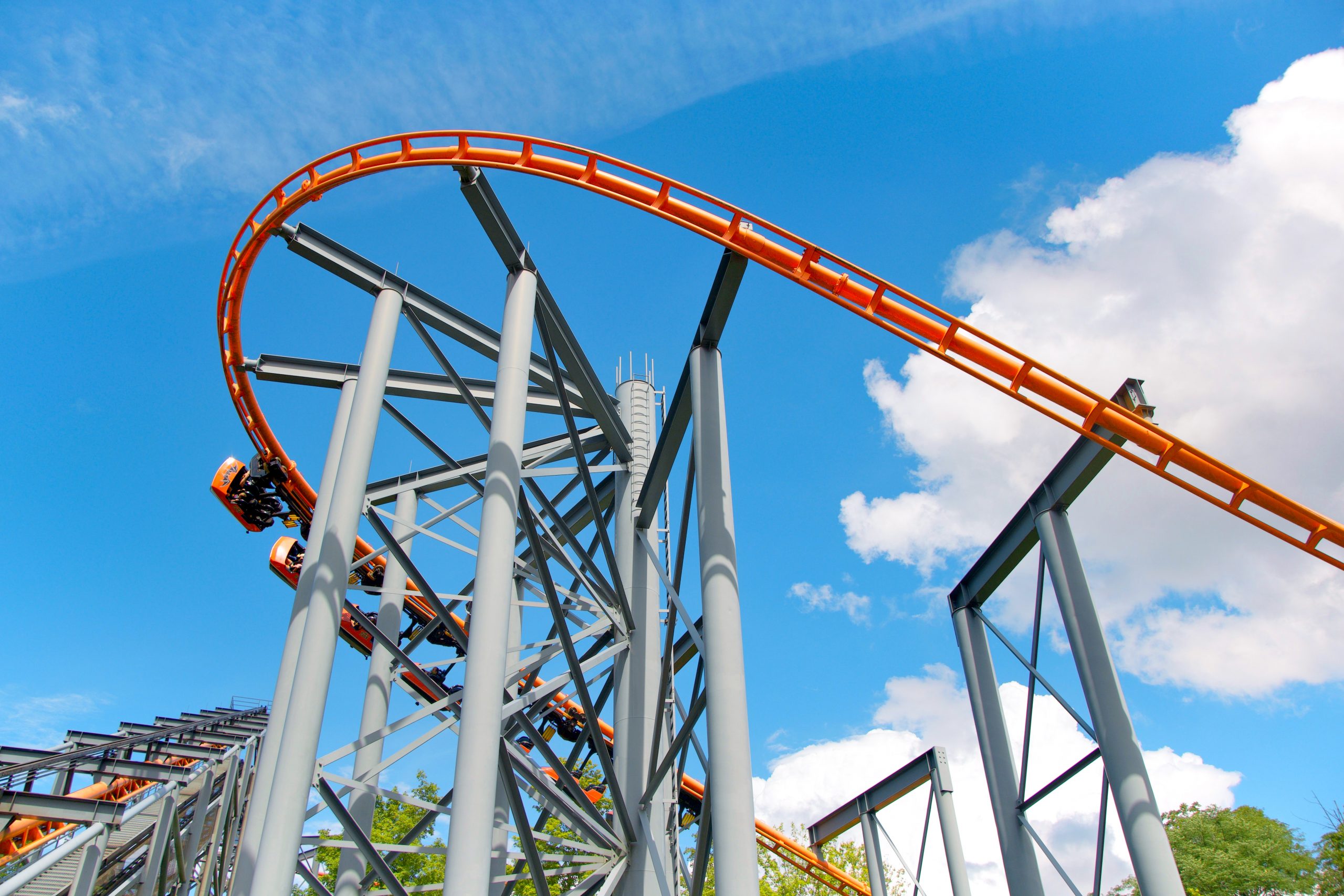 Here’s an artsy brake-run shot for you all. 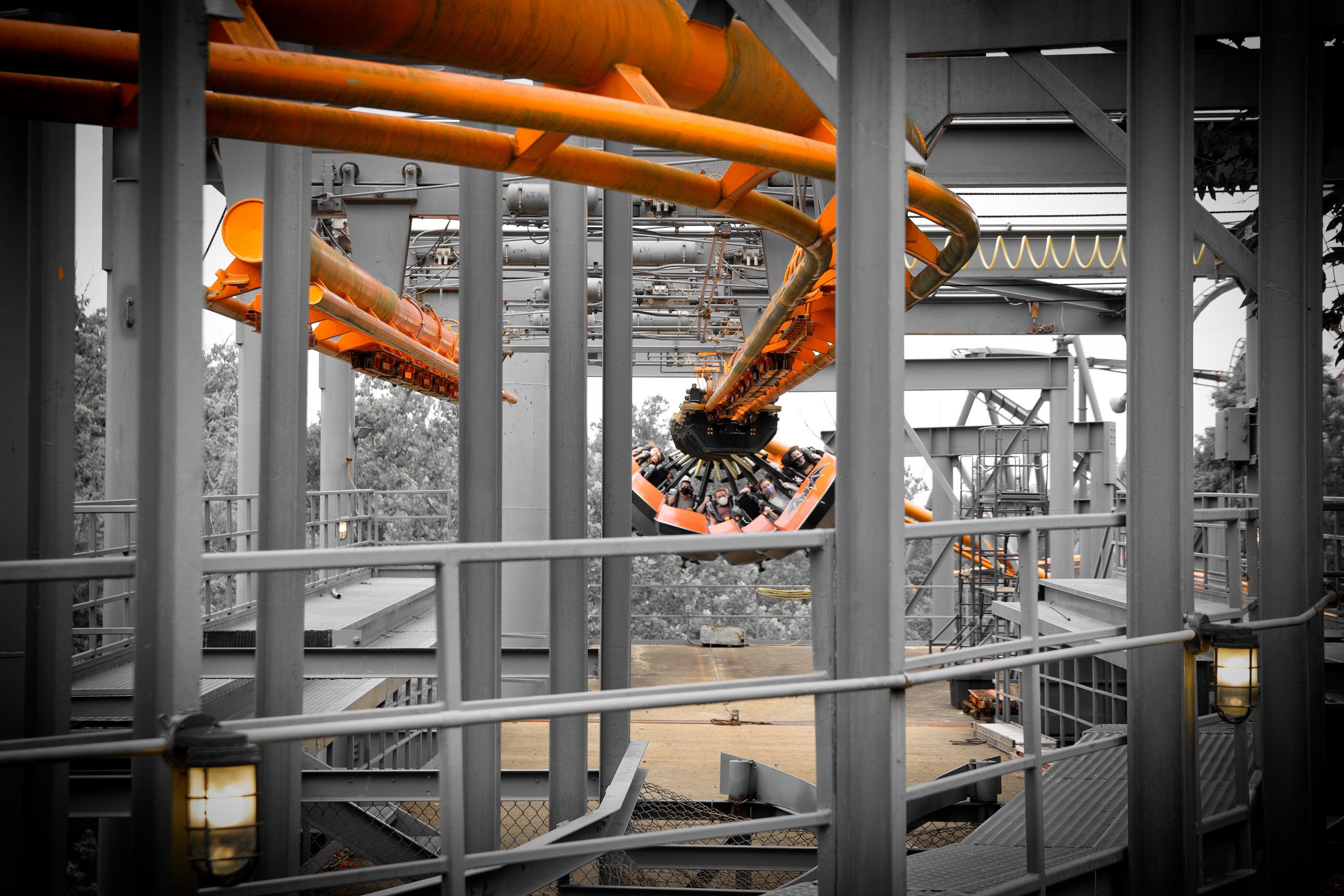 I know I have yet to mention Orion, but here it is in the background. I’ll get cracking on my Orion review later in this report. 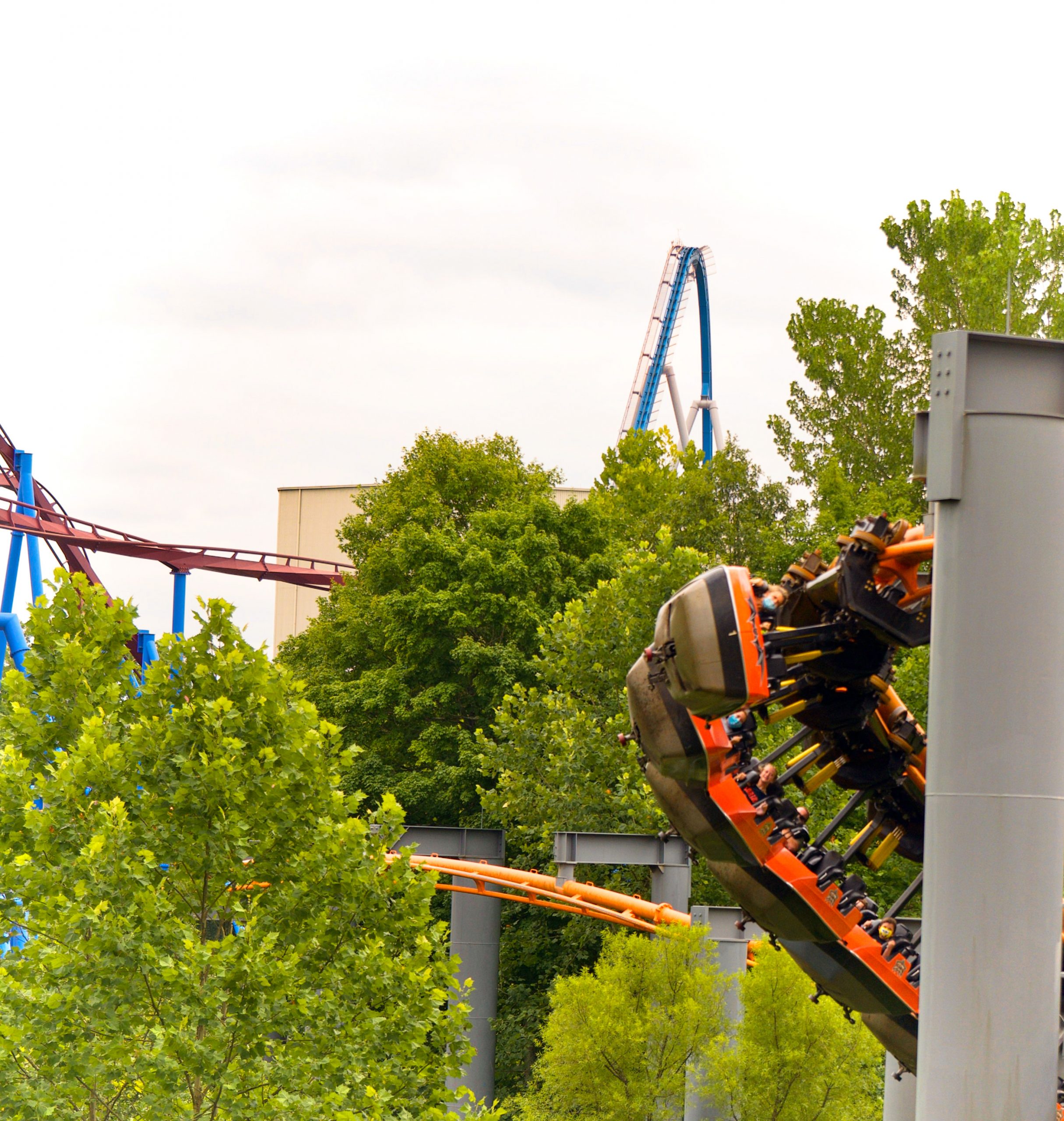 I just can’t seem to get over how much love I have for Bat. So besides all the greatness on-ride, the color scheme deserves a shout out too. If only the ride’s station was somewhere near the actual midway. 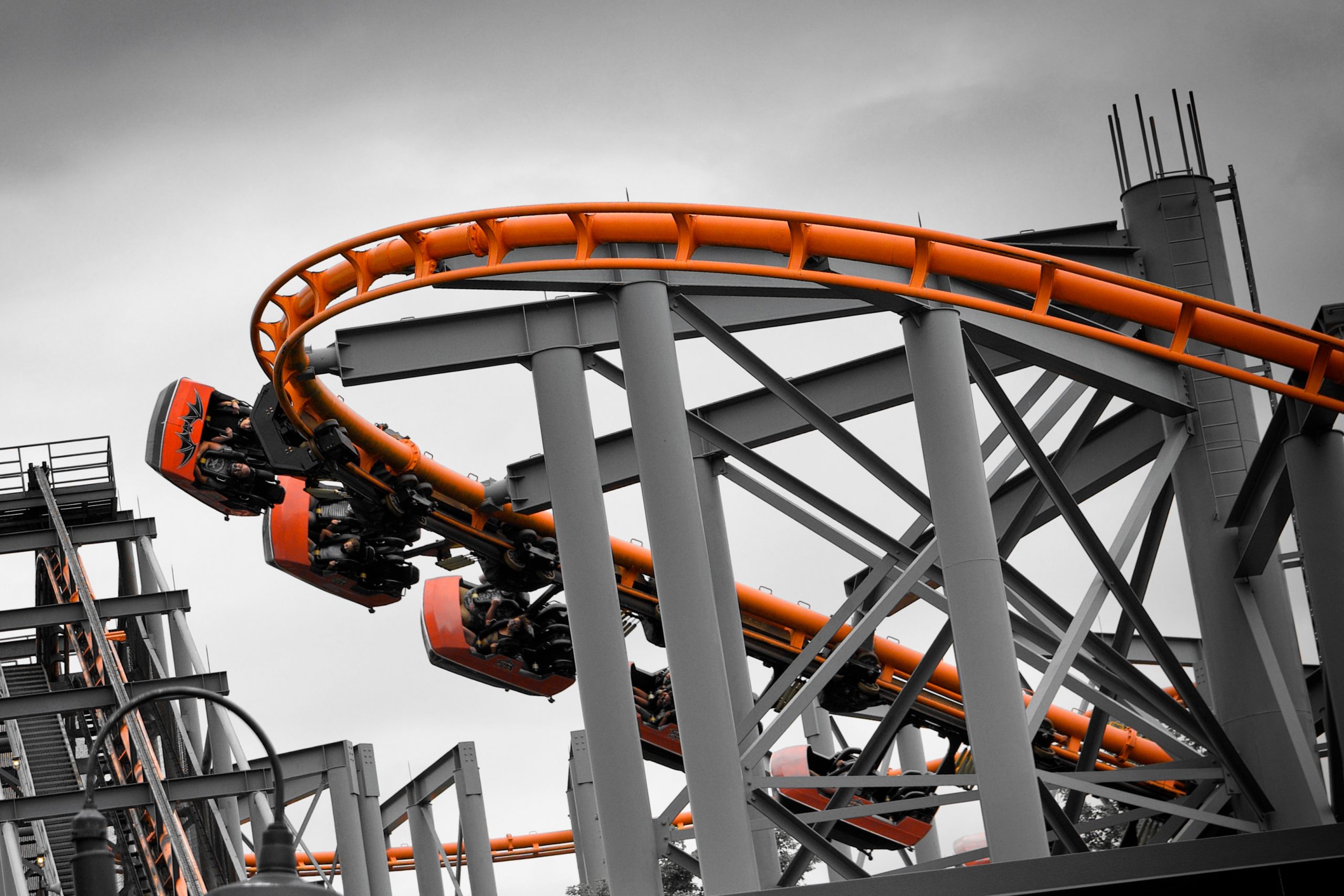 Fun fact, there is a little stream below this element of Bat. In that stream lives a beaver. This beaver I have seen on our last few visits when riding Bat, including in the queue one time last year. I have now named the Beaver “B” because he is a Beaver that lives under Bat and Banshee. Carry on. 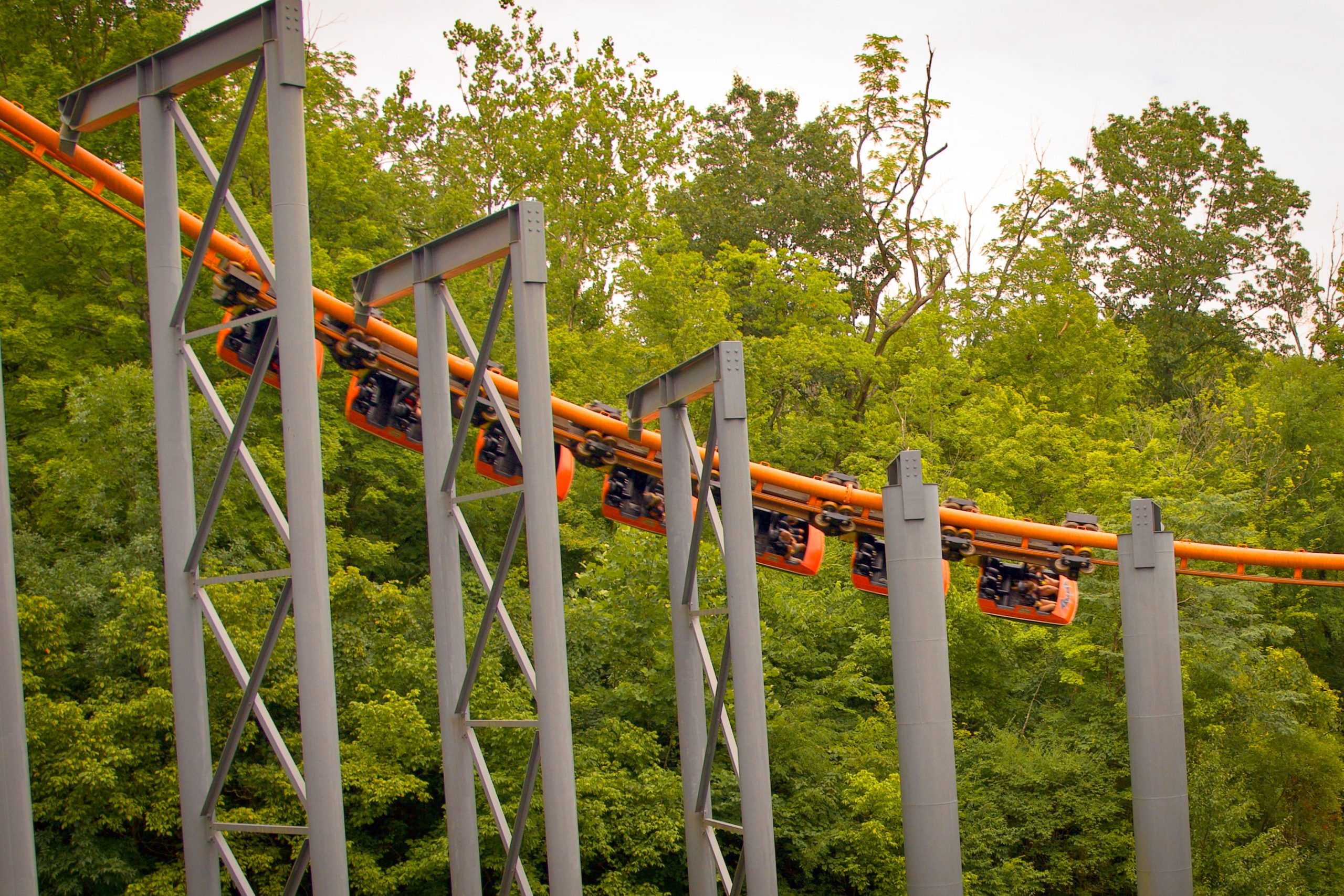 Let’s move on to the next coaster. 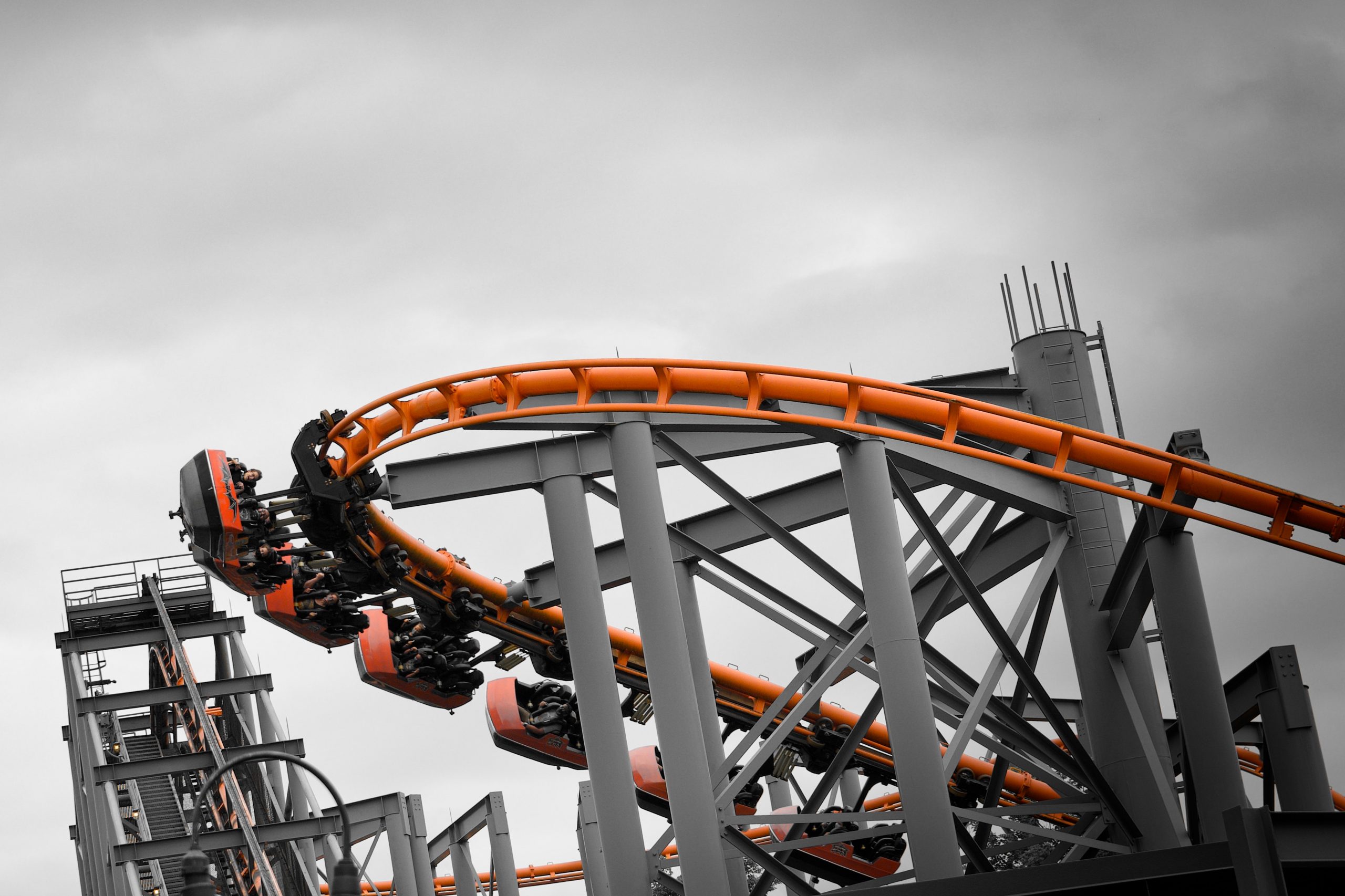 CLICK HERE TO CONTINUE ON PAGE 2 – FOR MORE KING’S ISLAND AND ORION.