So you might have noticed on our European Coaster Kings Instagram channel that at the end of September, we did a small theme park trip. After 3 German parks (Holiday Park, Europa-Park and Tripsdrill), we stopped by at a regional French park which we had heard good things about: Fraispertuis City. If you are unfamiliar with the park, now’s the time to discover why you should pay a visit!

When we woke up to leave, we immediately encountered some bad news: it was pouring. To be honest, the park lies a bit out of the way of other parks. But even knowing that there aren’t a lot indoor rides at the park (and the only one was closed), we went anyway. The park had already its last opening weekend and unfortunately it thus ended in rain. Nevertheless, all rides were open! We started off with a tour with the park train! 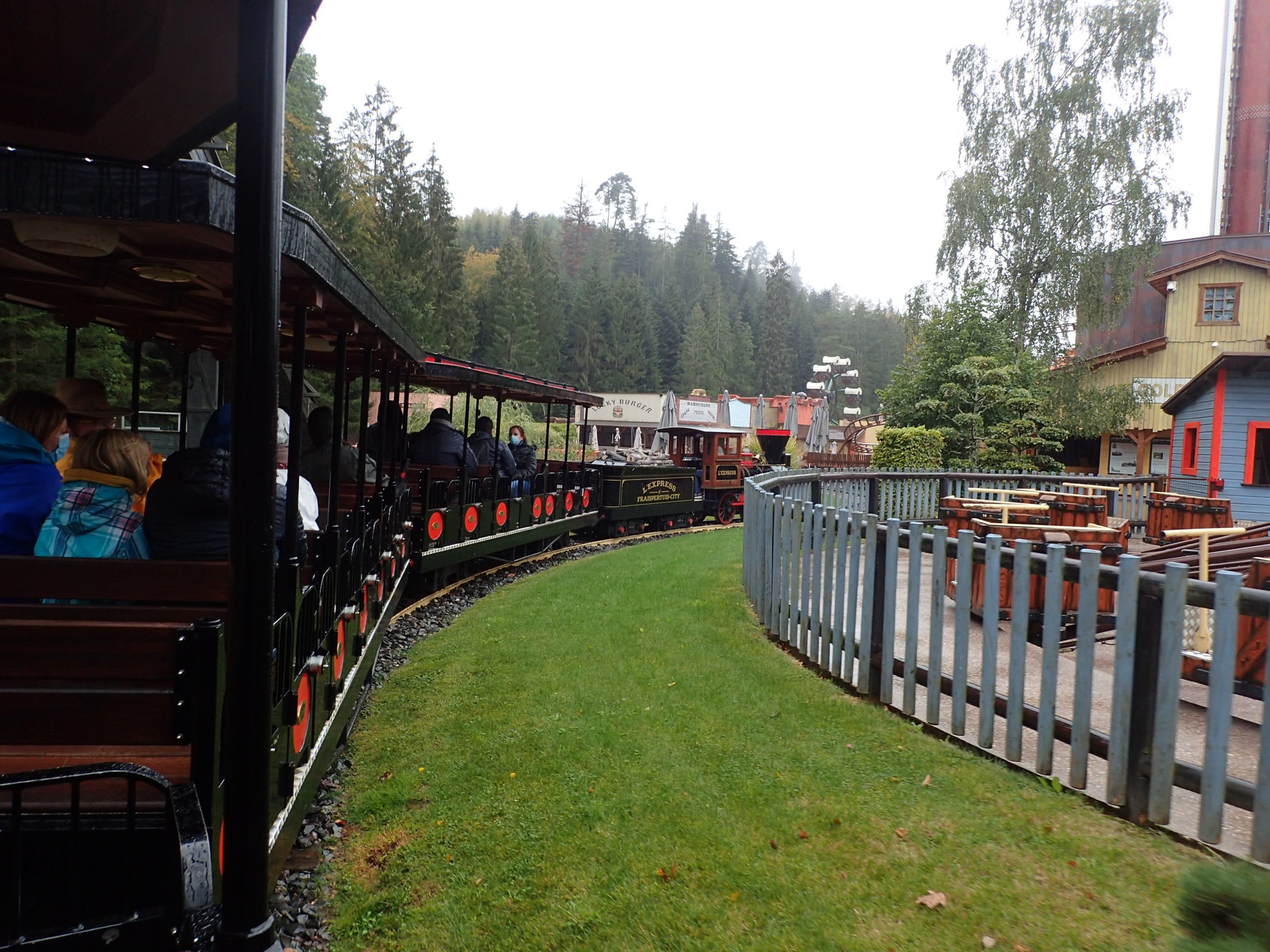 You could immediately notice some German influences as also here, you could find some random animatronics and puppets. 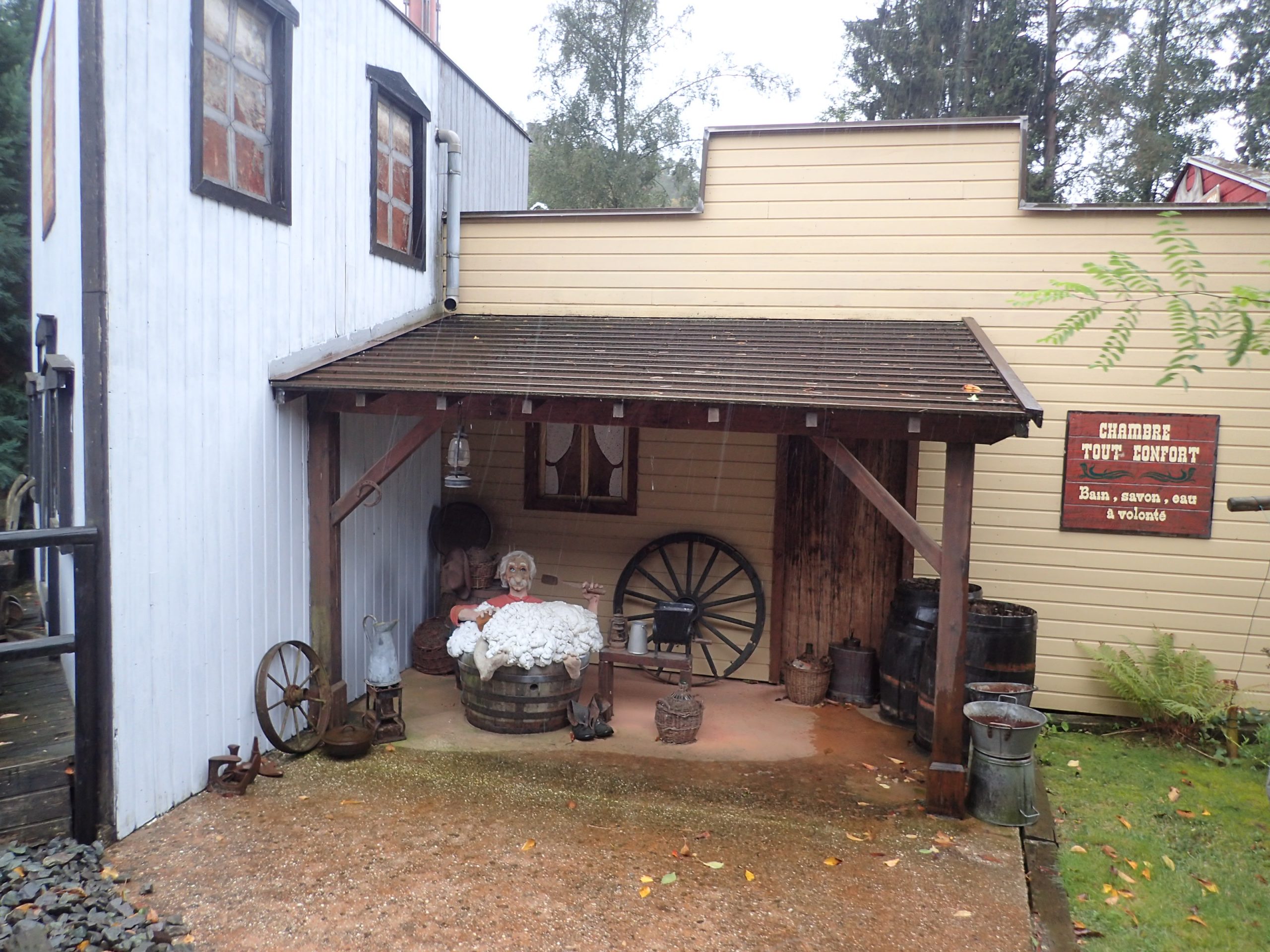 Don’t expect a huge park but it does have about 38 rides. Thrill seeks might be left for wanting a bit more but if you’re the type of persons that likes to discover all kinds of park, you’ll like this one. It has three themed areas: Mexican, Pirates & Western (the main theme). 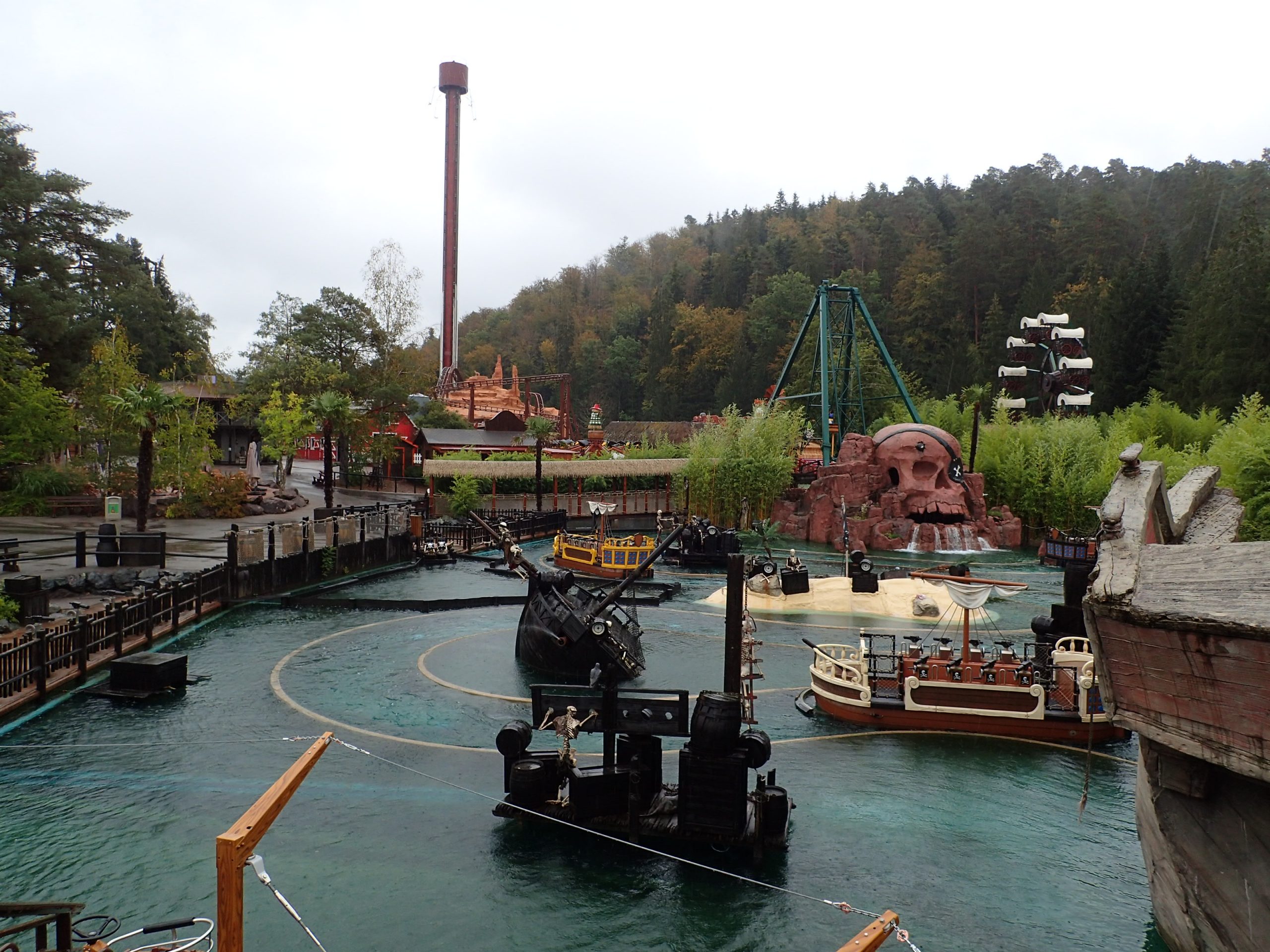 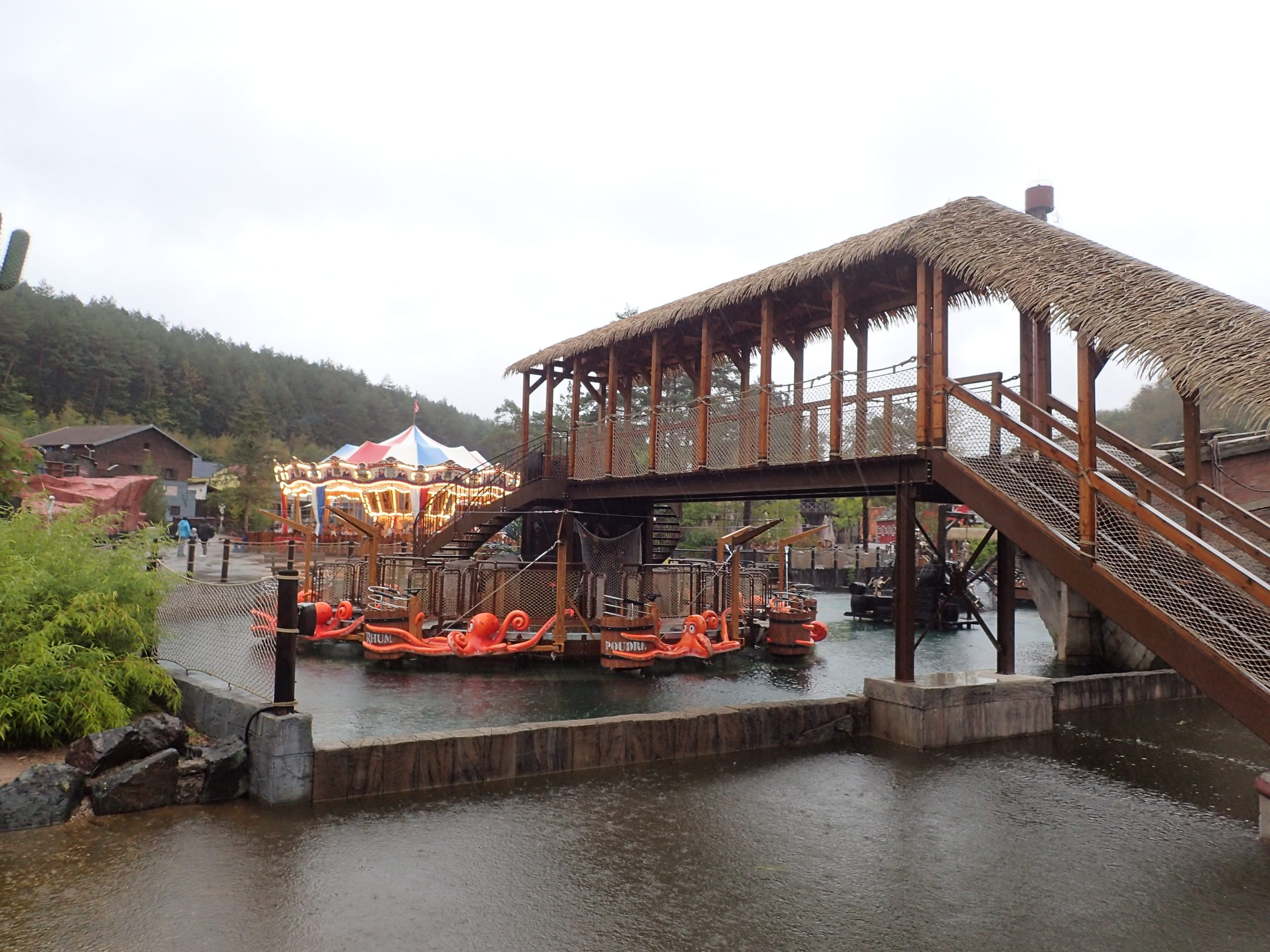 The absolute highlight could be spotted during the tour as well: Timber Drop. This El Loco by S&S can’t be found that often in Europe. But more about this one later on. 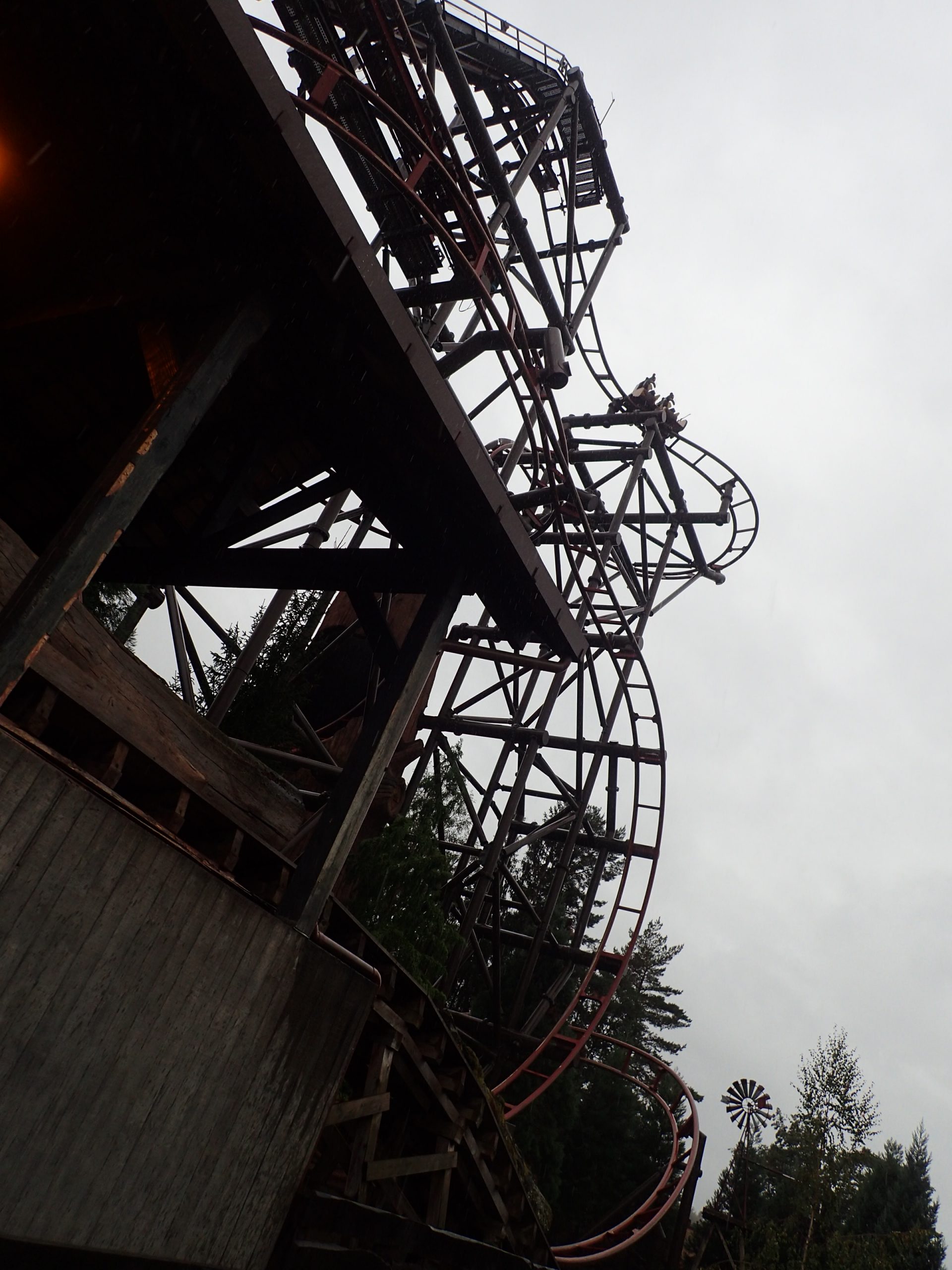 After our train ride, I had spotted my second ride right next to the station: Bumper Boats. Usually these things are only for children but this was a totally different kind. Each boat had an engine and you were the captain during the ride time frame! Not sure if we totally figured out how it worked, but even in the rain we had a great time! Love rare unique rides like this! 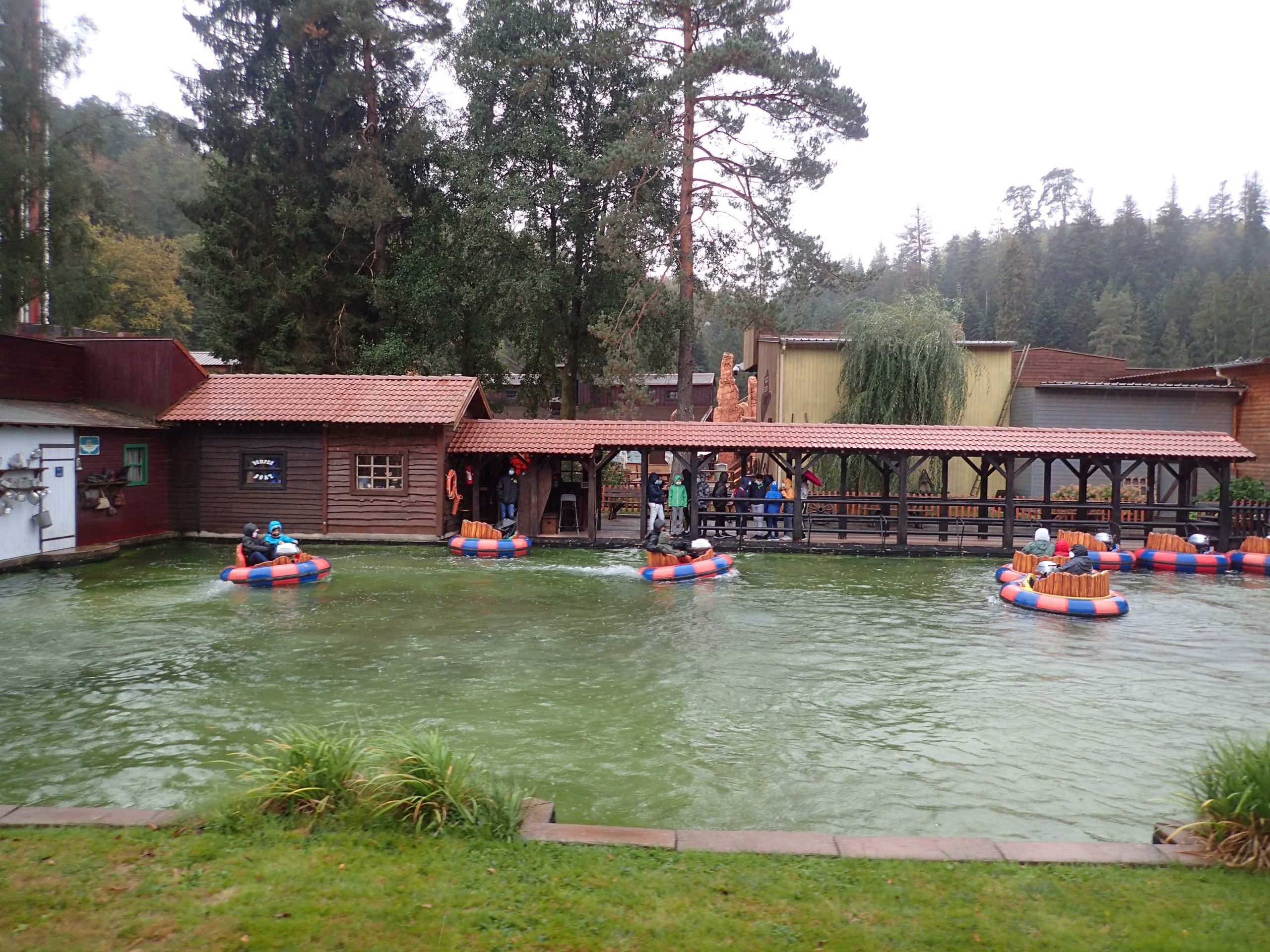 A first highlight of the park: Grand Canyon. Familiar with Soquet? Well this ride can figure as typically example for the ride manufacturer. Weird layout but some fun forceful moments. A few years ago, they also added quite some theming to the ride. All in all, a surprisingly fun family ride! 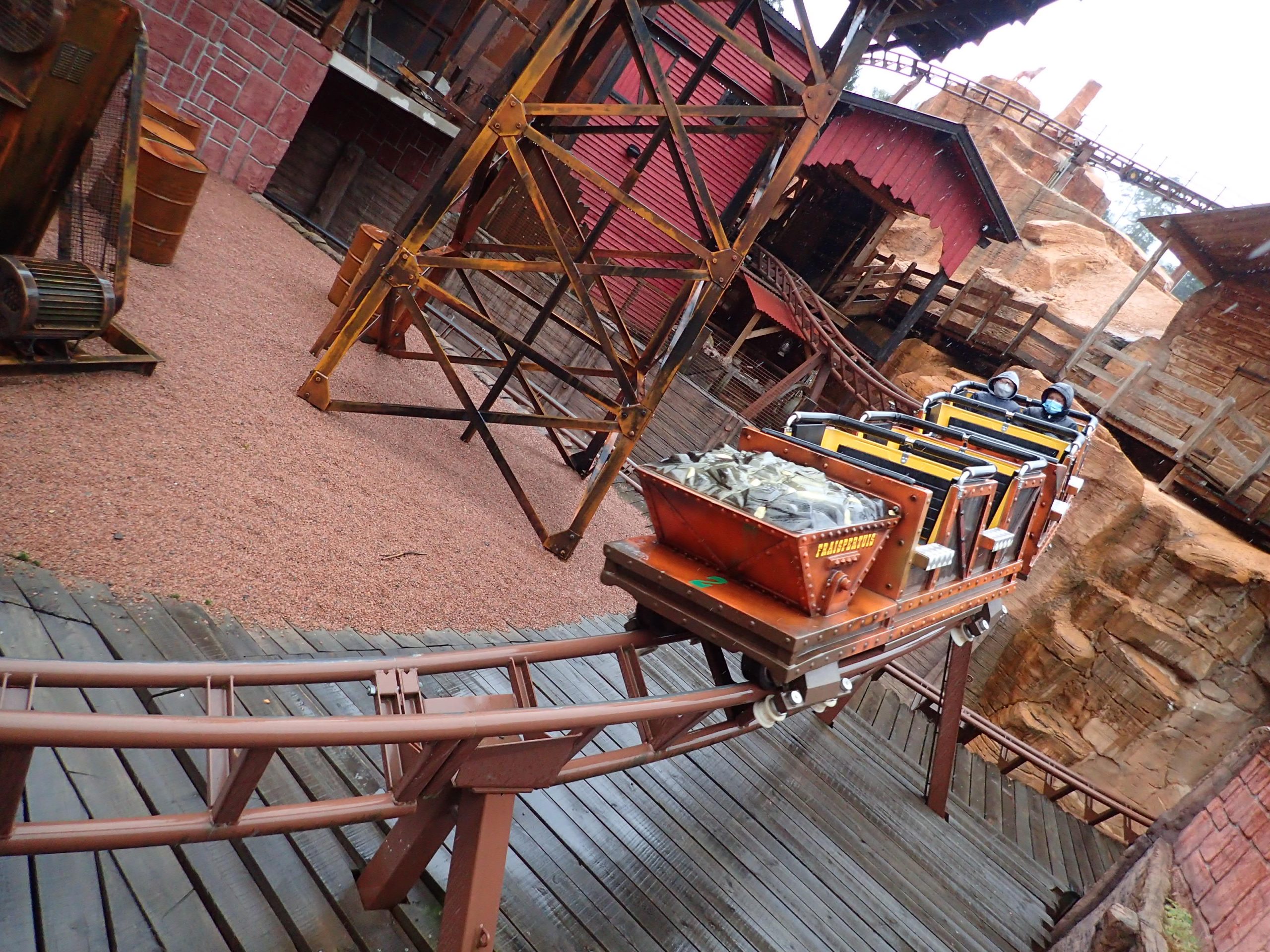 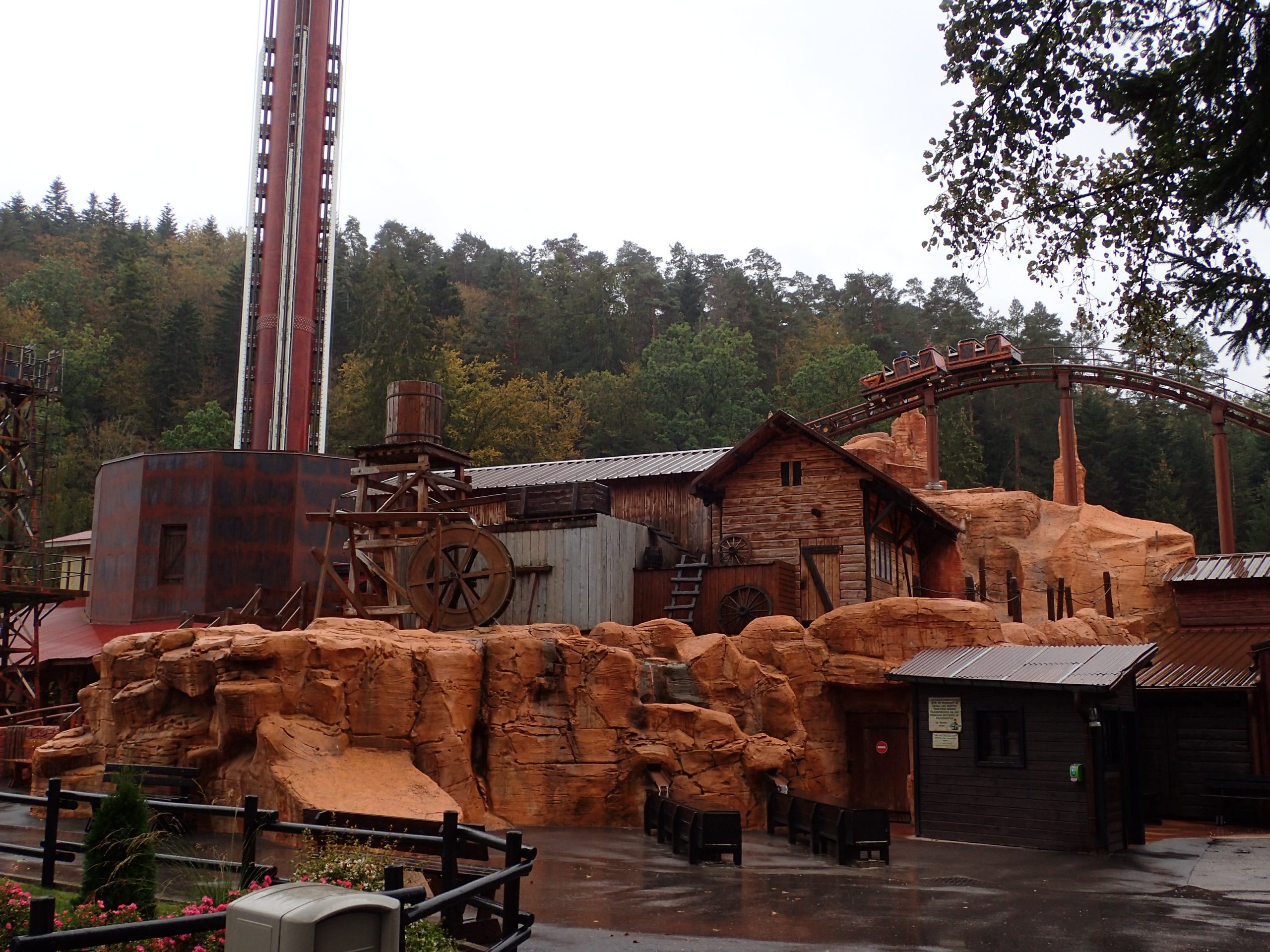 The park also has a smaller coaster which originally could be found in Parc Astérix: Ronde des Rodins. A small Tivoli which just have to ride for the credit I guess. 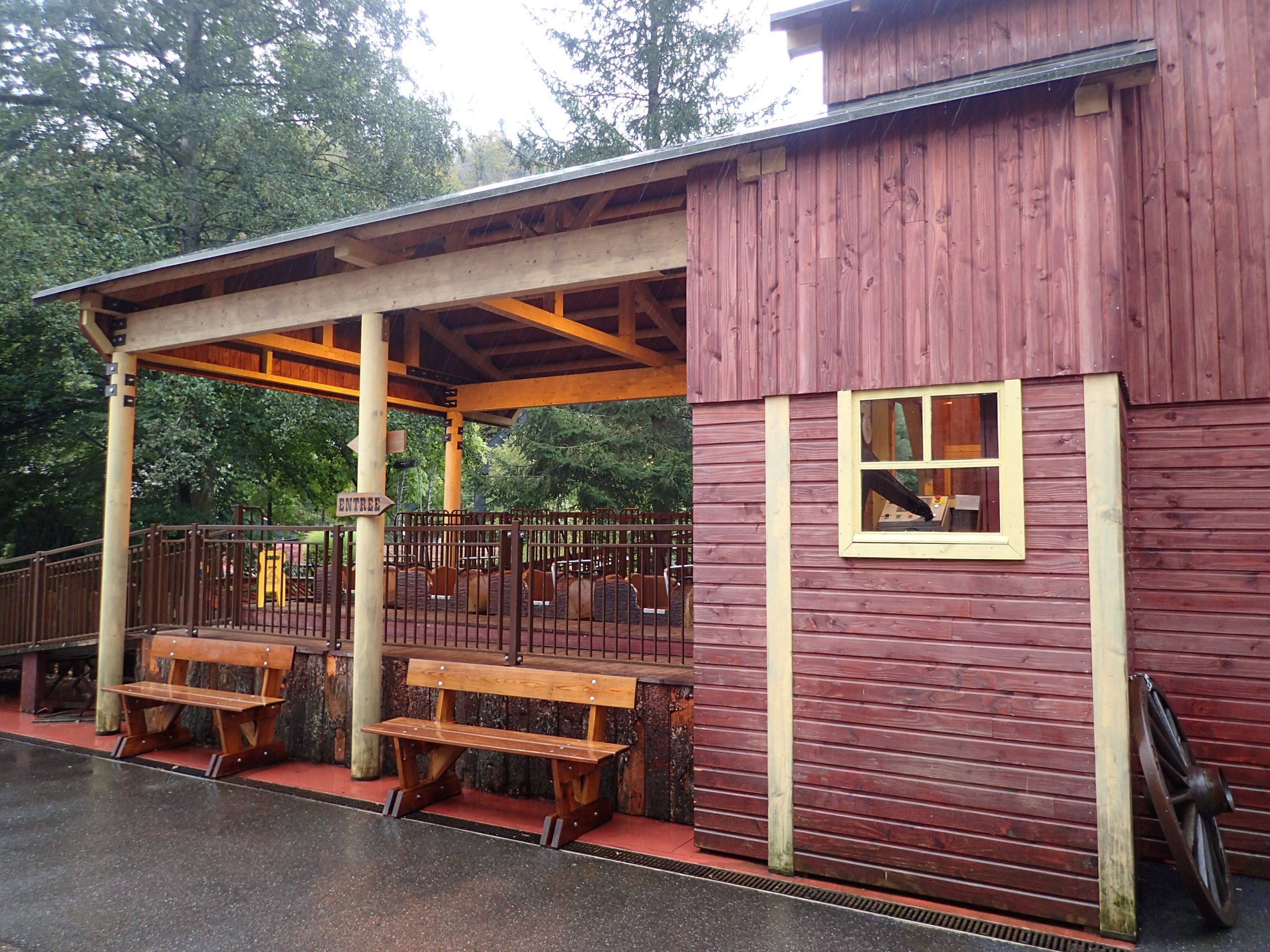 The second highlight was the last big addition to the park: Golden Driller. This Intamin Drop Tower offers four different experiences. Thus a perfect ride for a local park like Fraispertuis City as it’s basically 4 thrill rides in one. Choose between Sit Down, Sit Down Tilt, Stand Up Tilt or Floorless Tilt. 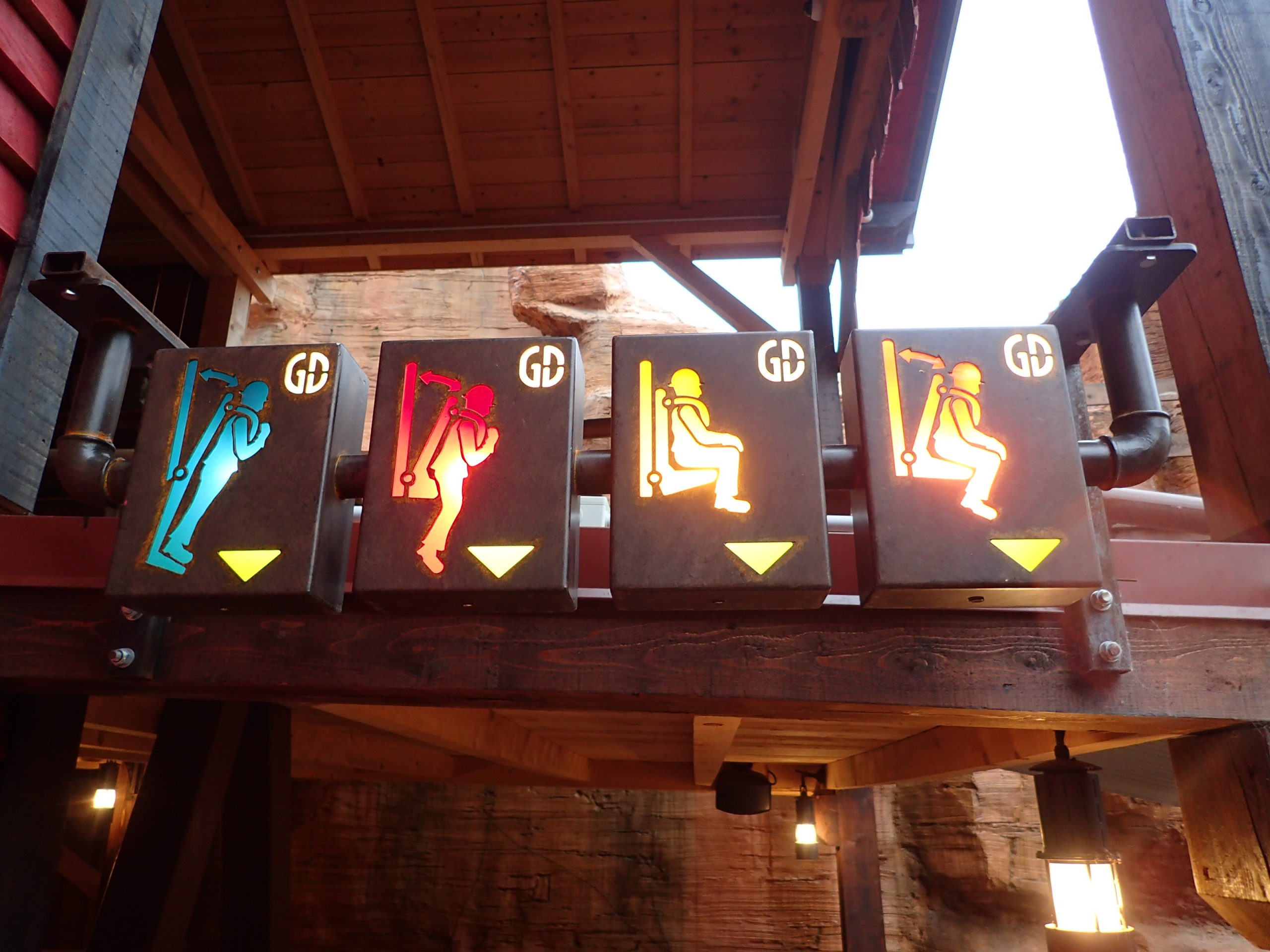 The ride got completely themed around the Golden Driller statue in Tulsa, Oklahoma. A replica got built right next to the ride too. With a height of 216 feet (66 m), you can experience quite the drop on this ride. 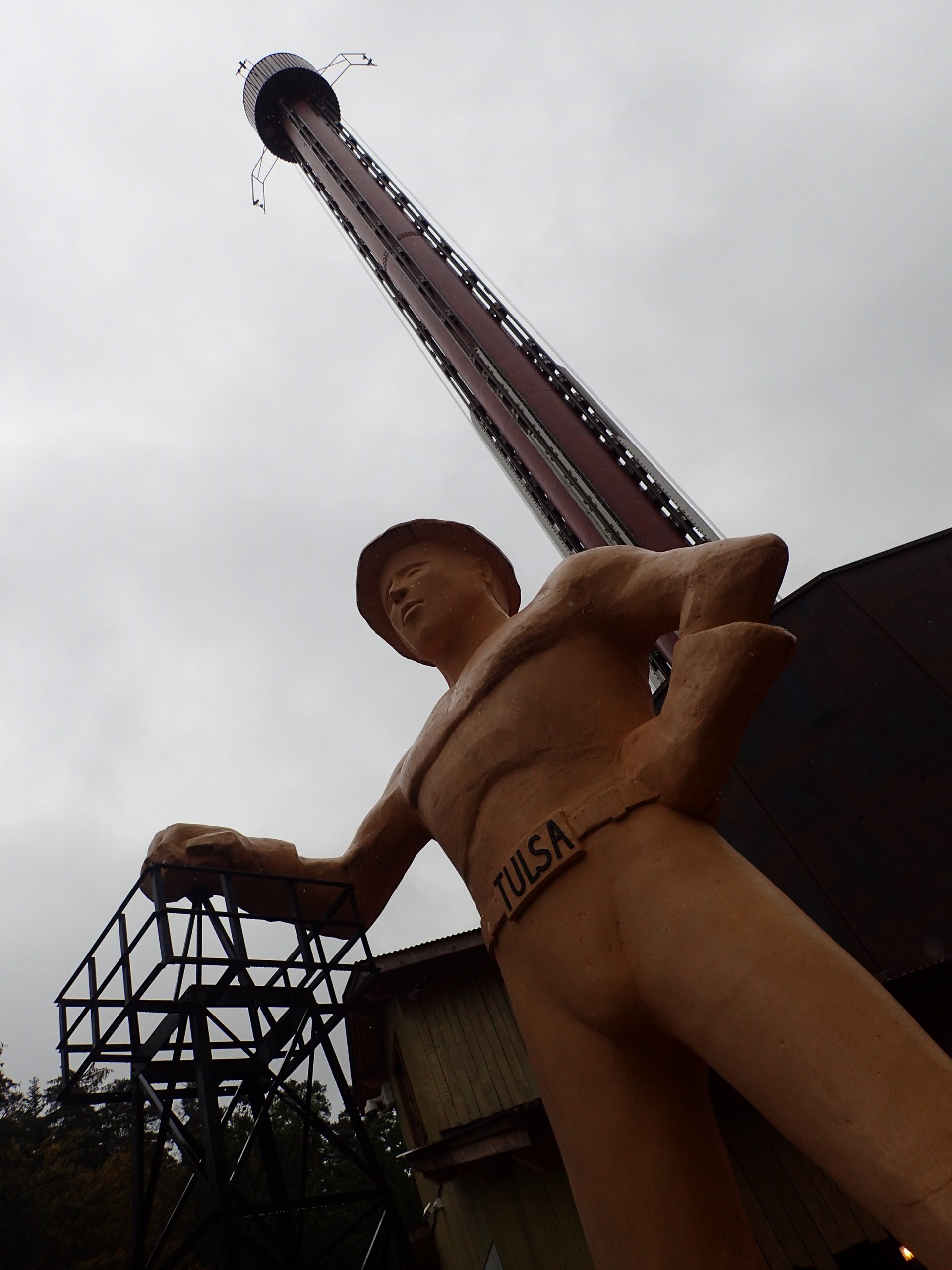 My personal favorite was the Stand Up side as I felt the adrenaline from top to toe. What’s special about the Sit Down sides was the restraint system. Unlike the other sides which had shoulder restrains, these sides had lap bars with iron bars still attached to hold on with your hands. I didn’t like those though as I experienced less air time because of it. But this is perfect for people who want to try out a first Drop Tower (although they might be worried not to be held back by shoulder restraints). 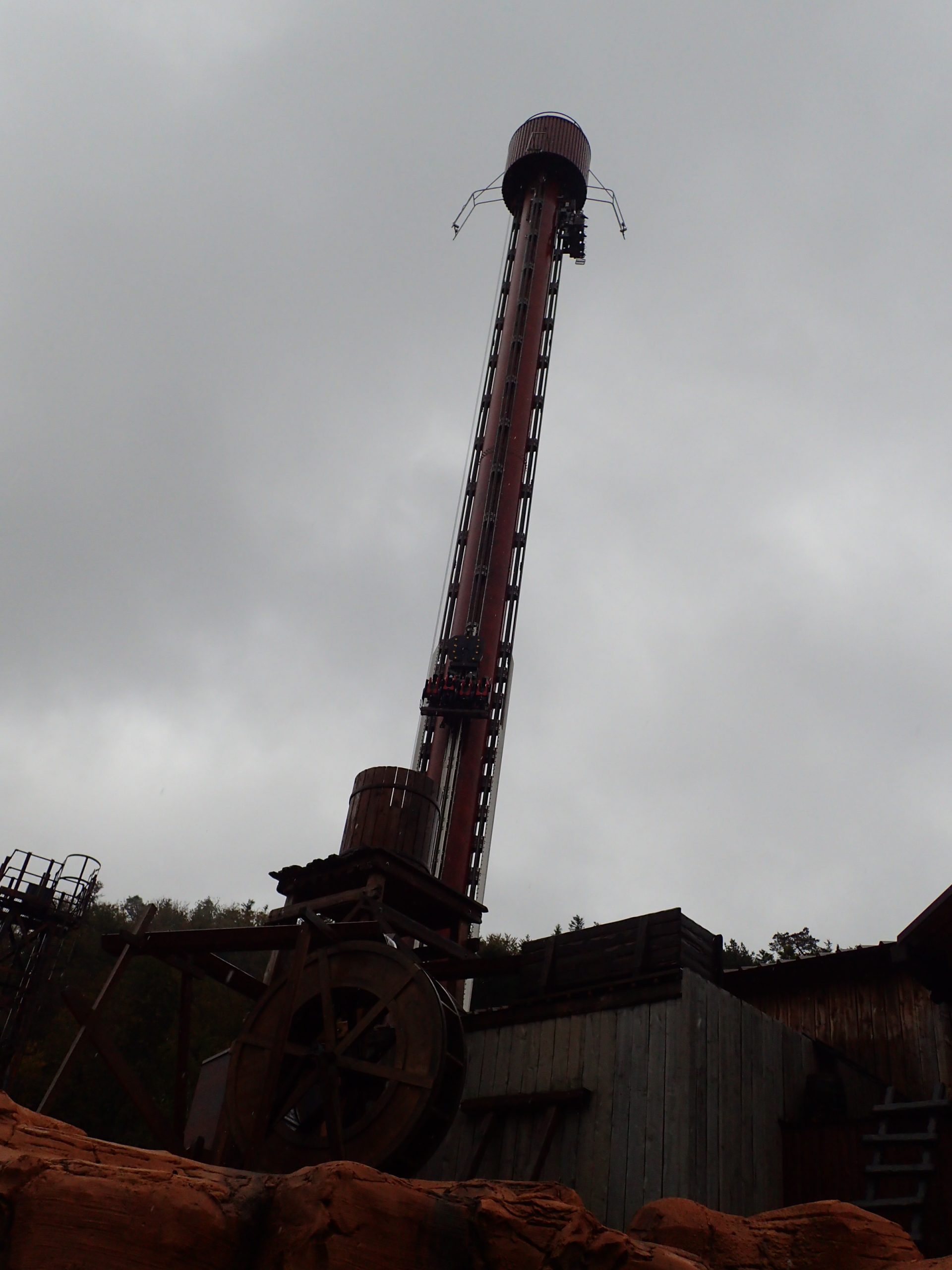 Rides that I also liked: a mechanical bull (without extra charge) and the Cactus, a Drop Tilt tower of ABC Rides which you might also know from Tripsdrill. A themed element that caught my attention too was this mine cart. It ran on top of the midway from one side of the other. What I only noticed later on was that each time, it got filled up with water and then splashed down in the water play area. A very cool themed element! 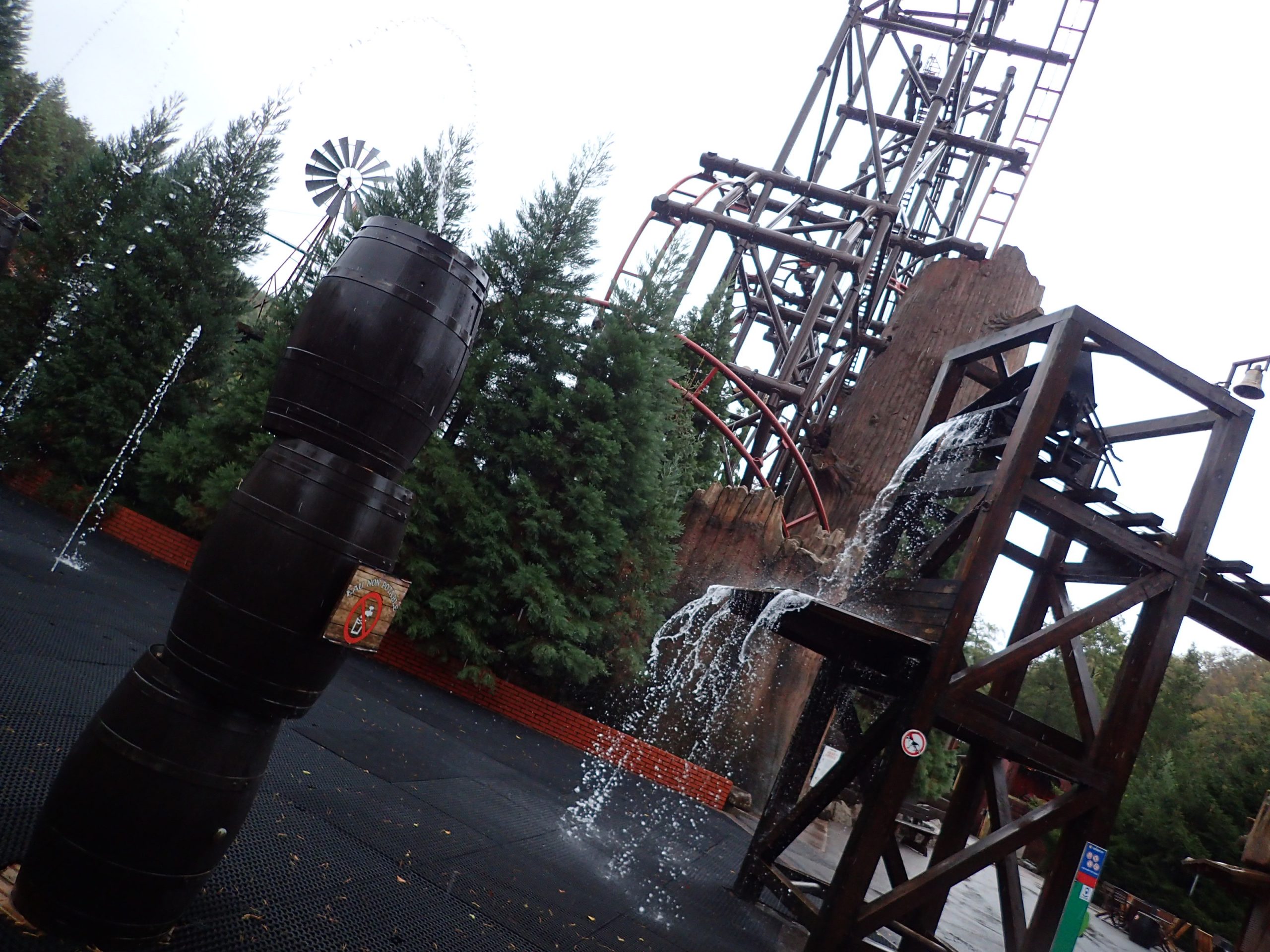 We already touched upon the final highlight and the main coaster of the park. Timber Drop looks like a disorientating and thrilling coaster. It touches those boxes but really wowed us for being smooth. 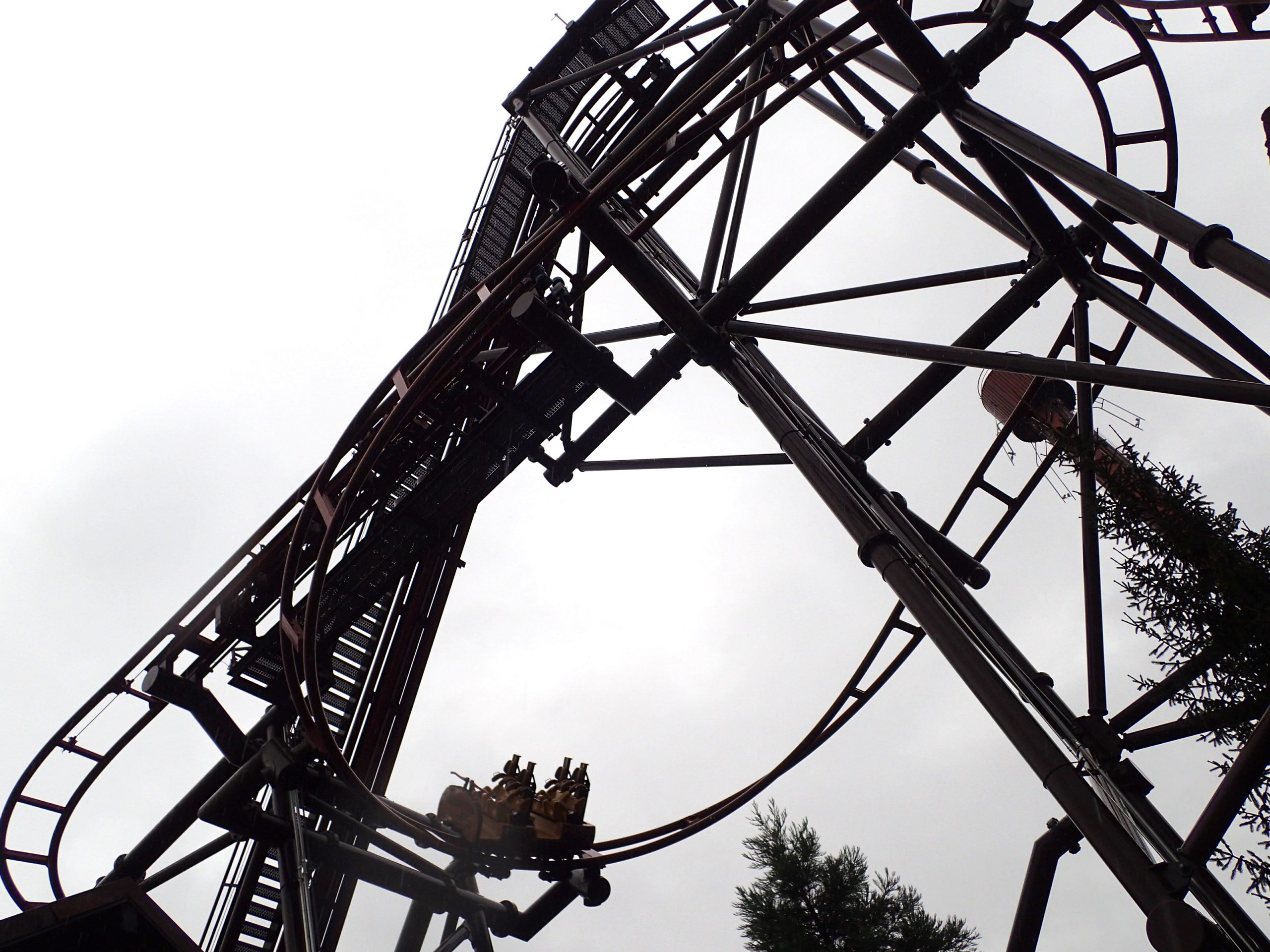 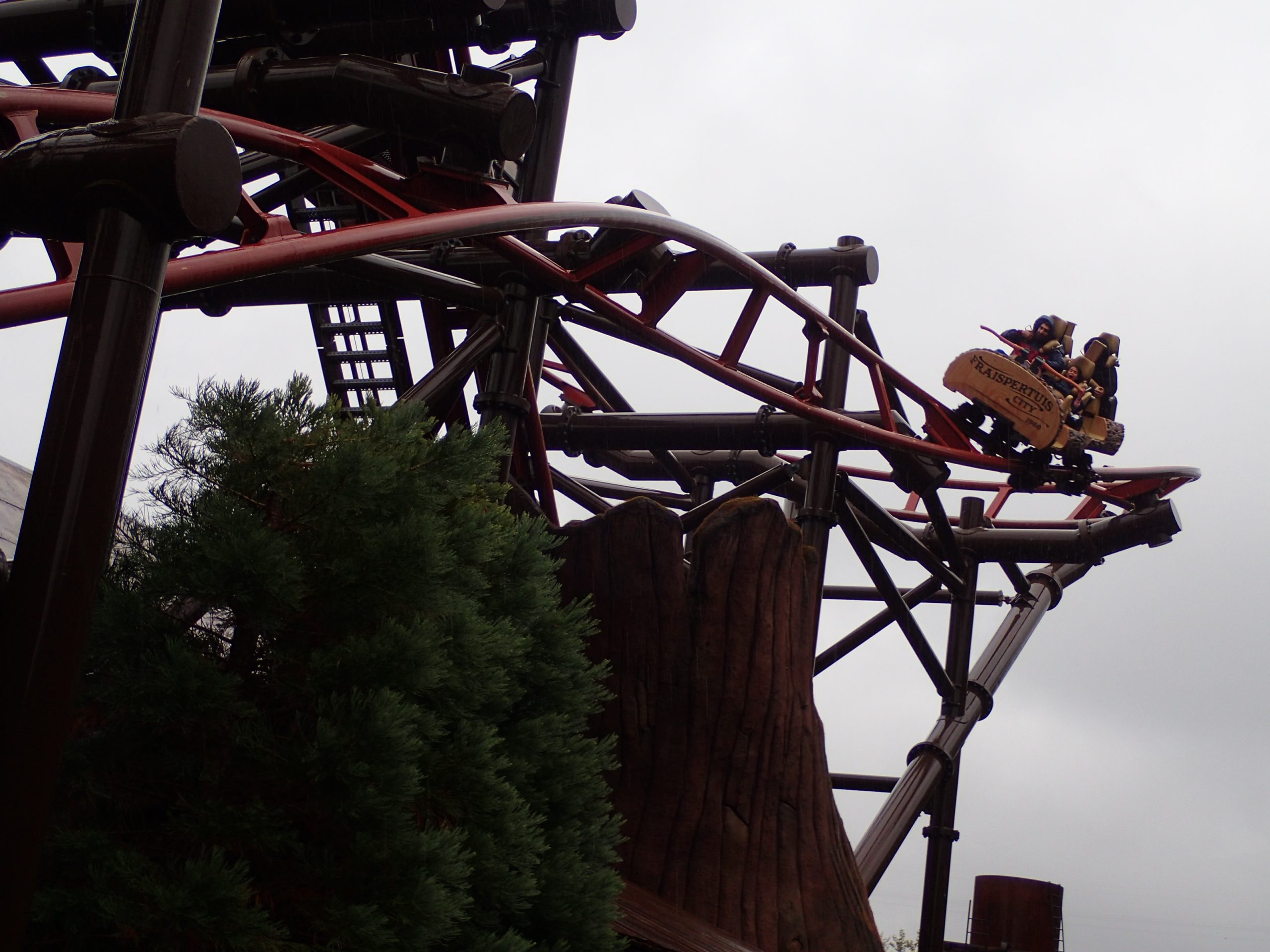 The park added some nice theming too and as whole, it felt as wonderful ride. Obviously, this model is all about inversions. Even while riding it in the rain, we very much enjoyed it! 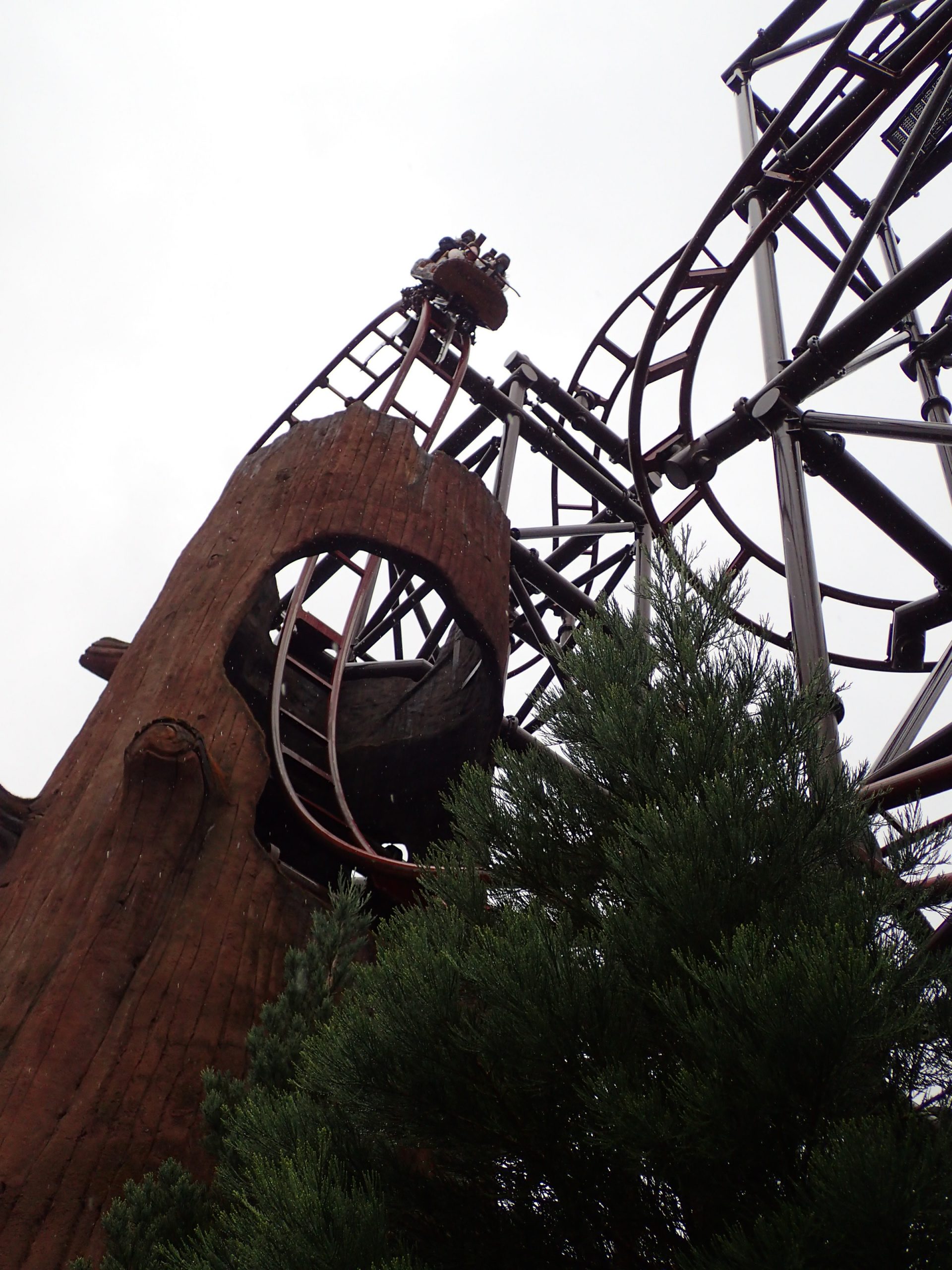 As you probably noticed on the pictures, the weather scared away a lot of guests. As mentioned, all rides were open and the staff didn’t let it get to them and were really friendly! We survived by buying a poncho and by going to warm up in the main restaurant. It offered delicious fresh oven baked pizza! The whole park charmed us and I’m sure that if you have kids, they will adore this park too. So don’t hesitate to drop by! It has good theming, plenty of rides and two wonderful major eye catchers! 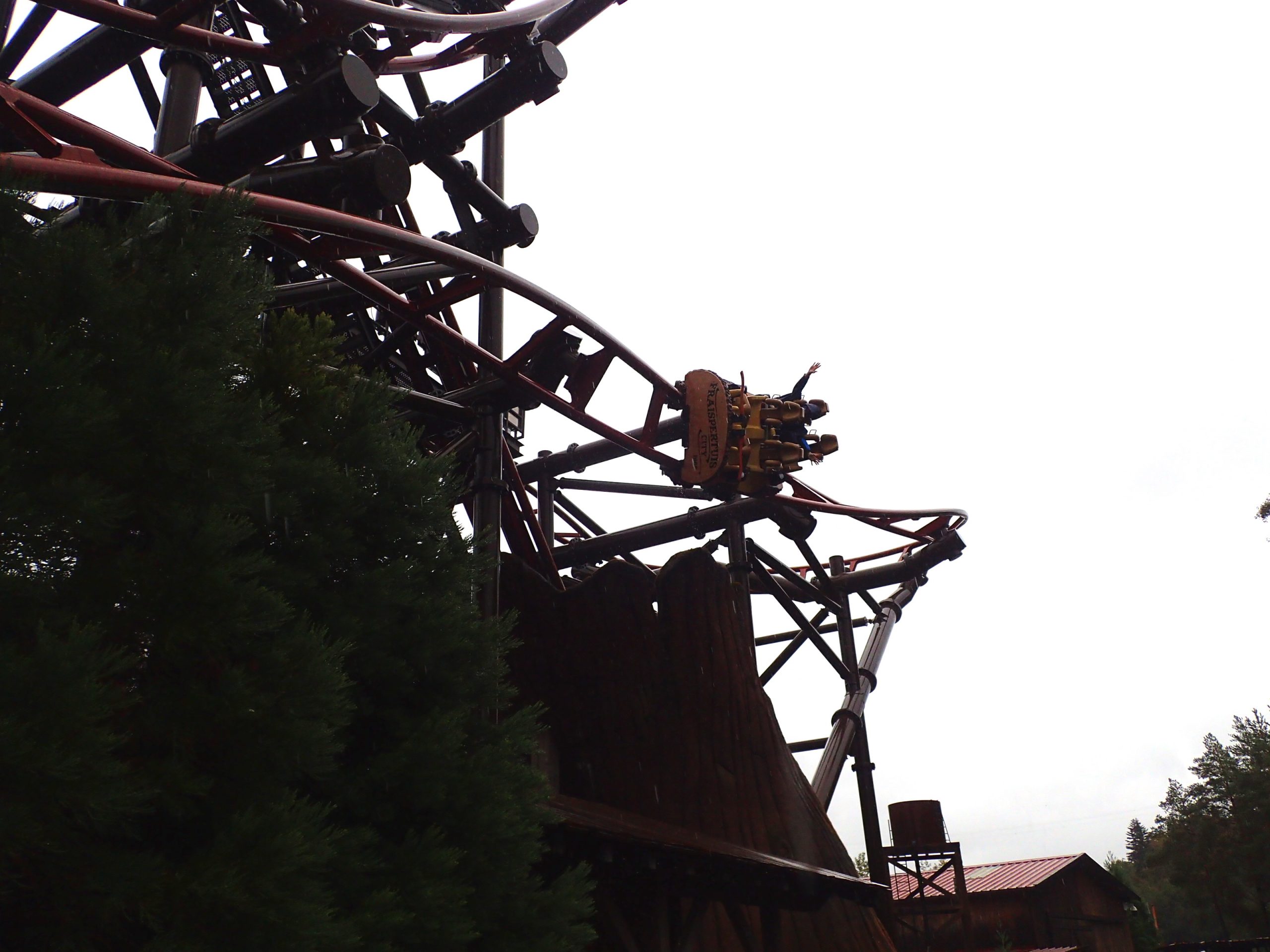