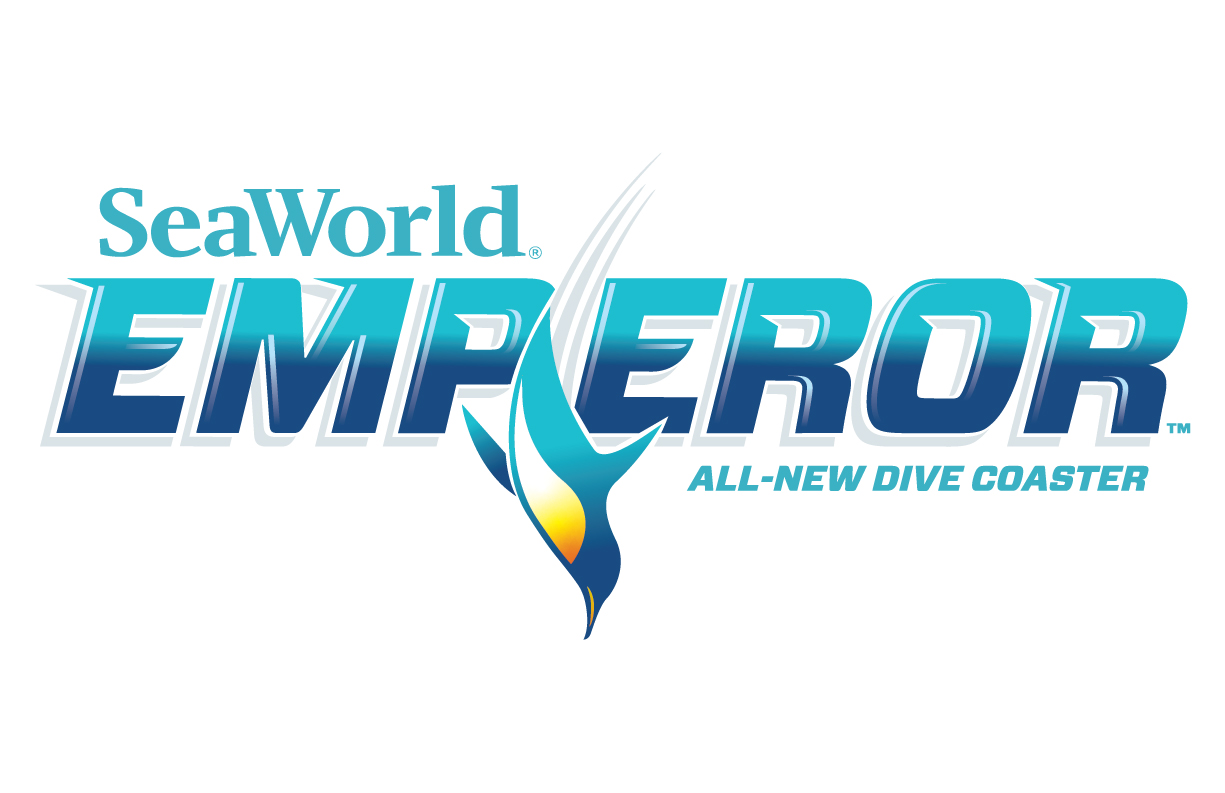 After a long wait, SeaWorld San Diego has finally unveiled their new dive machine in Emperor! Coaster Kings was present at Emperor’s media day and we are excited to dive in on this thrilling new coaster!

Emperor is located in it’s own little corner of the park that can be accessed via a path by Journey to Atlantis. While the ride is beautiful to look at, the area is quite bare and has little theming. The queue is lined with informational signs about the Emperor Penguin, which you can only see at SeaWorld San Diego in North America. These penguin’s are known for their dive and this was the perfect theming combo for this ride!

When you board the ride, each train has 3 rows. Like most dive machines, the front row will give you an amazing and frightening view on the holding brake while the back row will give you much more whip over the drop and elements. I recommend trying both! This ride features the B&M vest restraints.

Once the train departs the station you take a right hand turn and proceed to climb the 153 foot tall lift hill. This lift is fast and steep and gets you to the top in no time. Following that is one of my favorite parts of the ride. Emperor treats it’s riders to a full 90 degree turn atop the lift that provides absolutely stunning views. Throughout the turn you can see Downtown San Diego, Mission Bay, all of SeaWorld, and the ocean. This view is truly breathtaking and I’d love to see SeaWorld add a morning tour where you can walk the lift similar to what other parks have done with their device coasters.

Following that, you enter the ride’s signature element, the holding drop. This drop will hold you facedown above the ground with 14 stories below you for a few seconds before it releases you into the 90 degree vertical drop. I always find these drops to be really fun and Emperor’s hold is incredibly fun and nerve inducing!

After the first drop, Emperor goes into a large Immelmann which is very common amongst B&M dives. However, the remainder of the ride really switches up the layout from other dive machines. Instead of heading into a break run and second vertical drop, Emperor proceeds with an inversion and twist filled layout. This is the only B&M dive coaster I’ve been on with no mid course brake run and I actually much prefer it this way. The entire ride felt much more like a full experience and it’s nice to not let all the speed it built on the drop go to waste.

Emperor goes through a number of inversions and turns including the Hammerhead Turn, a Barrel Roll, & a Flat Spin. Each of these elements are great and actually provide a good amount of whip, with the Barrel Roll being my favorite. I also found all of these elements to be pretty intense and forceful which surprised me. The ride is so tight and compact that you really feel each element as you move through them with a considerable amount of speed. This was definitely the most forceful B&M dive coaster I’ve ridden. After all these elements Emperor turns into the brake run concluding the nearly 2,500 feet of track.

Overall, I really enjoyed Emperor! I think the layout is very compact and I appreciate not having a mid course brake run. Each element has tons of whip and force that you don’t always find on a dive coaster and thus led to the experience being much more fully rounded. Some shading would be nice outside of the ride but otherwise I think SeaWorld San Diego has a huge hit on their hands! Emperor is easily the best ride in the park and is a wonderful compliment to SeaWorld San Diego.

Are you ready to dive in? Emperor is open now for pass-holders and opens to the general public on March 12 only at SeaWorld San Diego.

Check out our POV of Emperor!