Sven: Last Sunday, we ended the European theme park season in a park that won’t even be closed. Nevertheless, we had a good reason to visit Efteling on this sunny day in November: Fall colors!

If Efteling isn’t magical enough on its own, than you have to visit now (late October, early November). The green turns into all different colors that give it that extra touch. Our first stop was of course a coaster and not just any: Python! 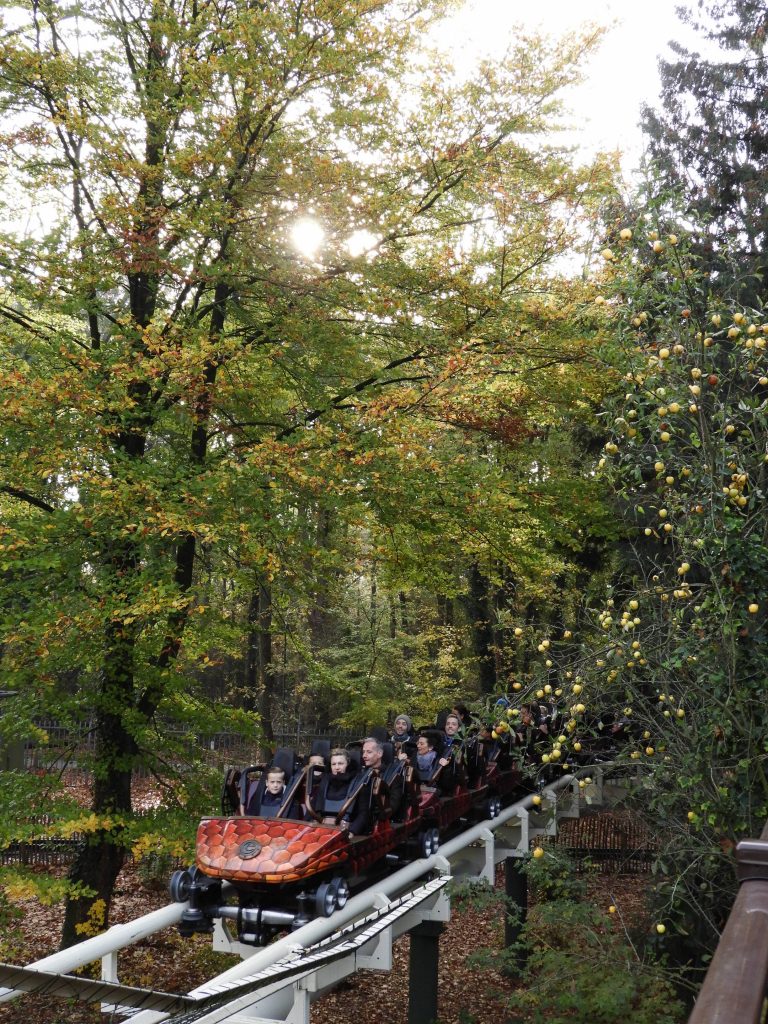 The Boarding Pass system will be reviewed and they will add a regular queue as well. I say thank you because it creates an unnecessary queue outside of the entrance which is not well organized as you could spot on our Instagram story. 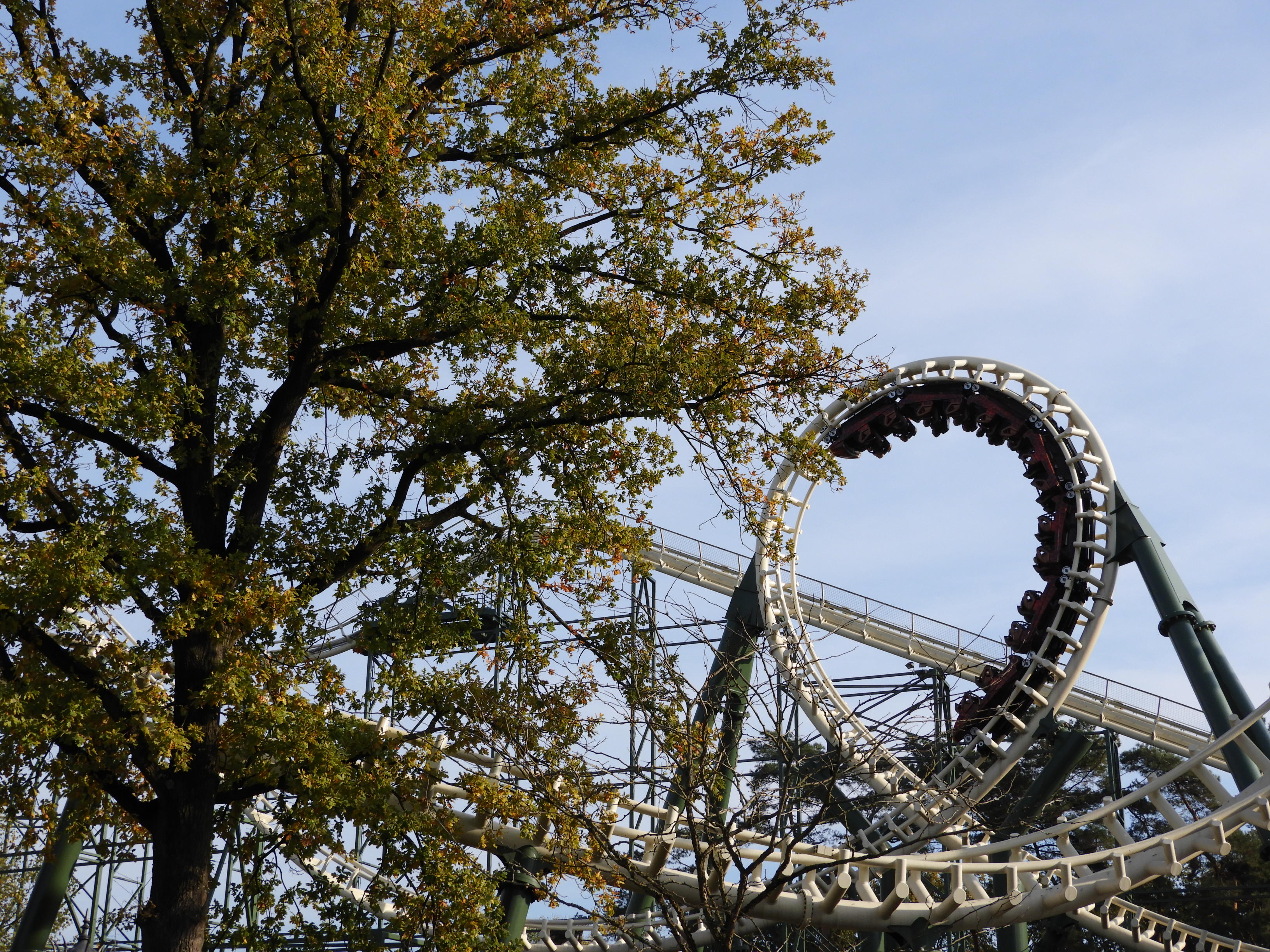 Once again I was surprised on how smooth Python 2.0 was. A very enjoyable experience and it really makes it a unique coaster. If you look closely, fans will definitely spot the trackswitch between old and new. 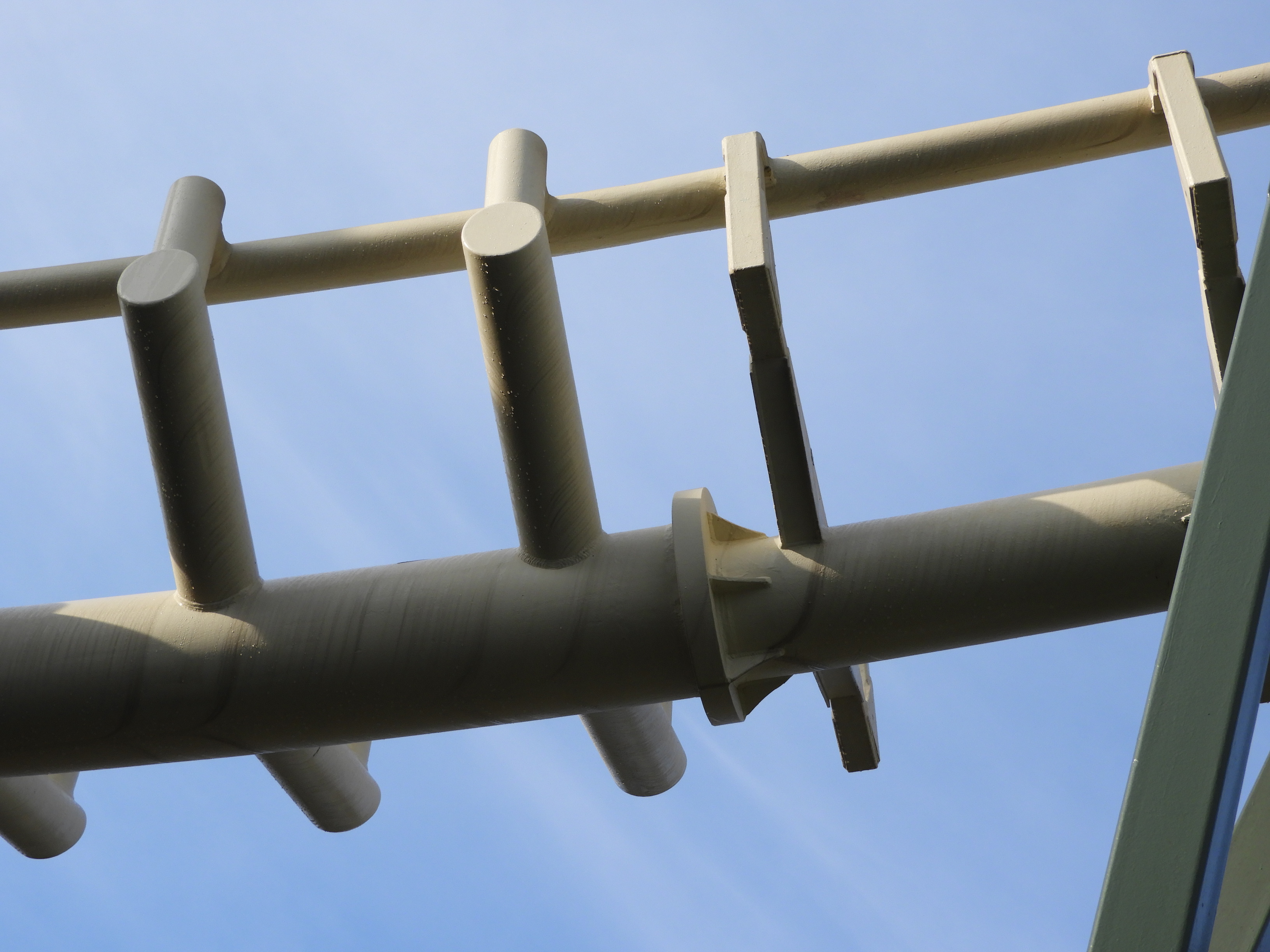 Joris en de Draak wasn’t open yet but as they were testing, we decided to stay at the entrance. After half an hour, the gates finally opened and we started with Fire! 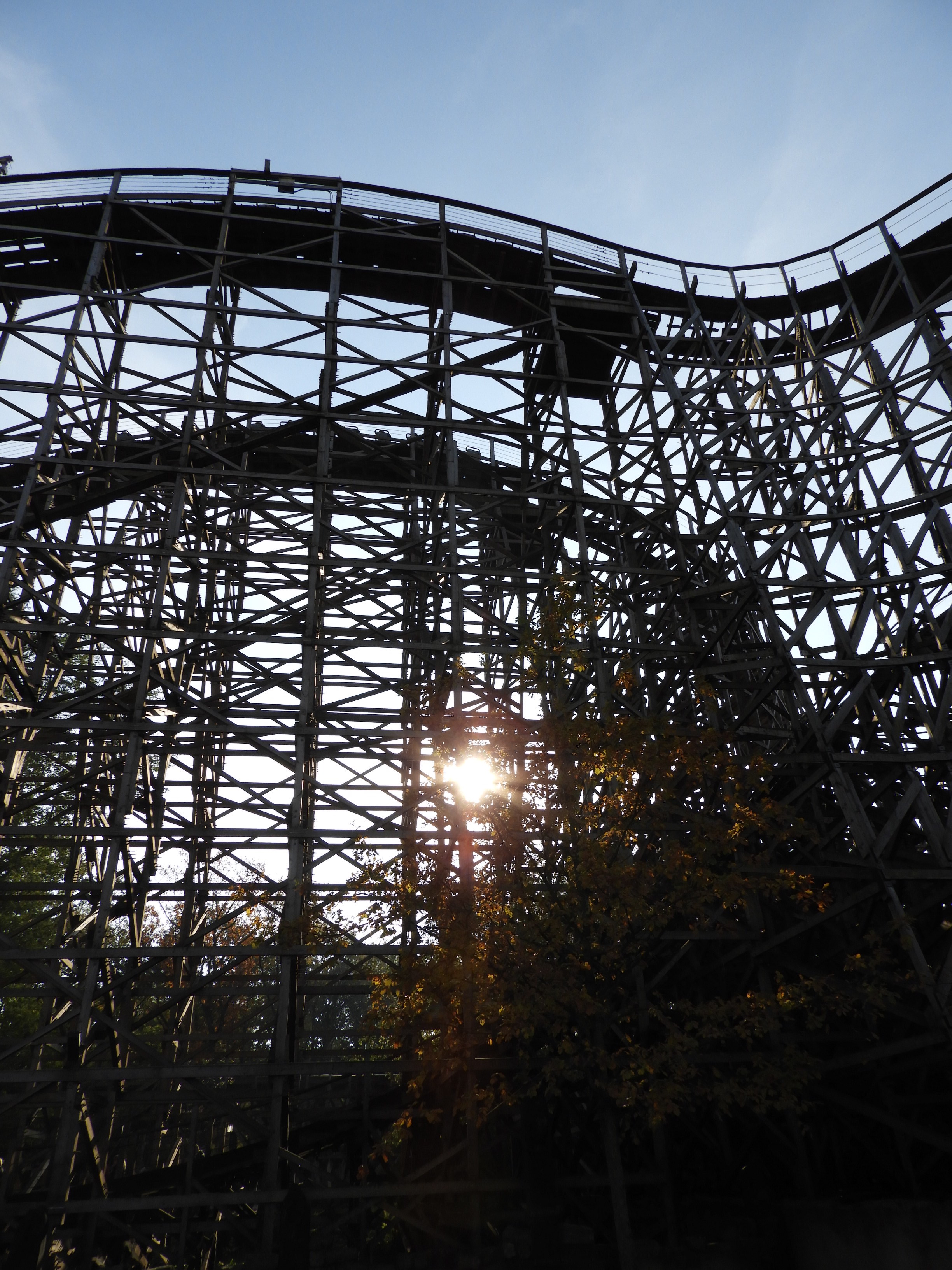 As there was no queue just yet for single riders, we quickly went there and luckily enough, we got to ride Water! But behind us, there was a sudden 30/40 minute queue. Lucky though that we decided quick. Also, the Dragon animatronic remained silent. No fire, no movement, no tail splashing. Unfortunate, but even frozen it looks majestic. 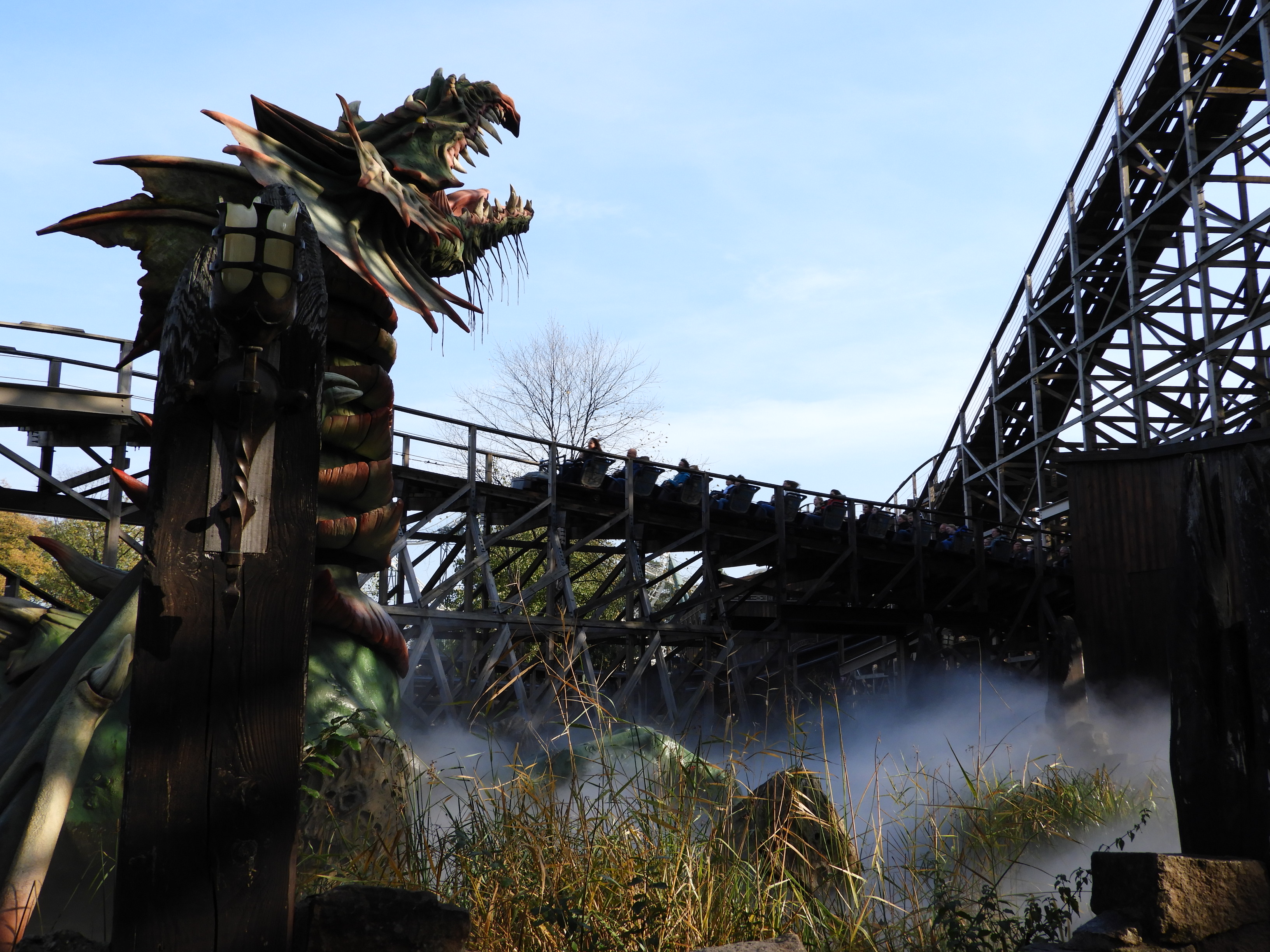 Up next: Pirana! It will soon close as the winter season will start but now it was good to still be open. Grandma was having a lot of fun spraying those riders! 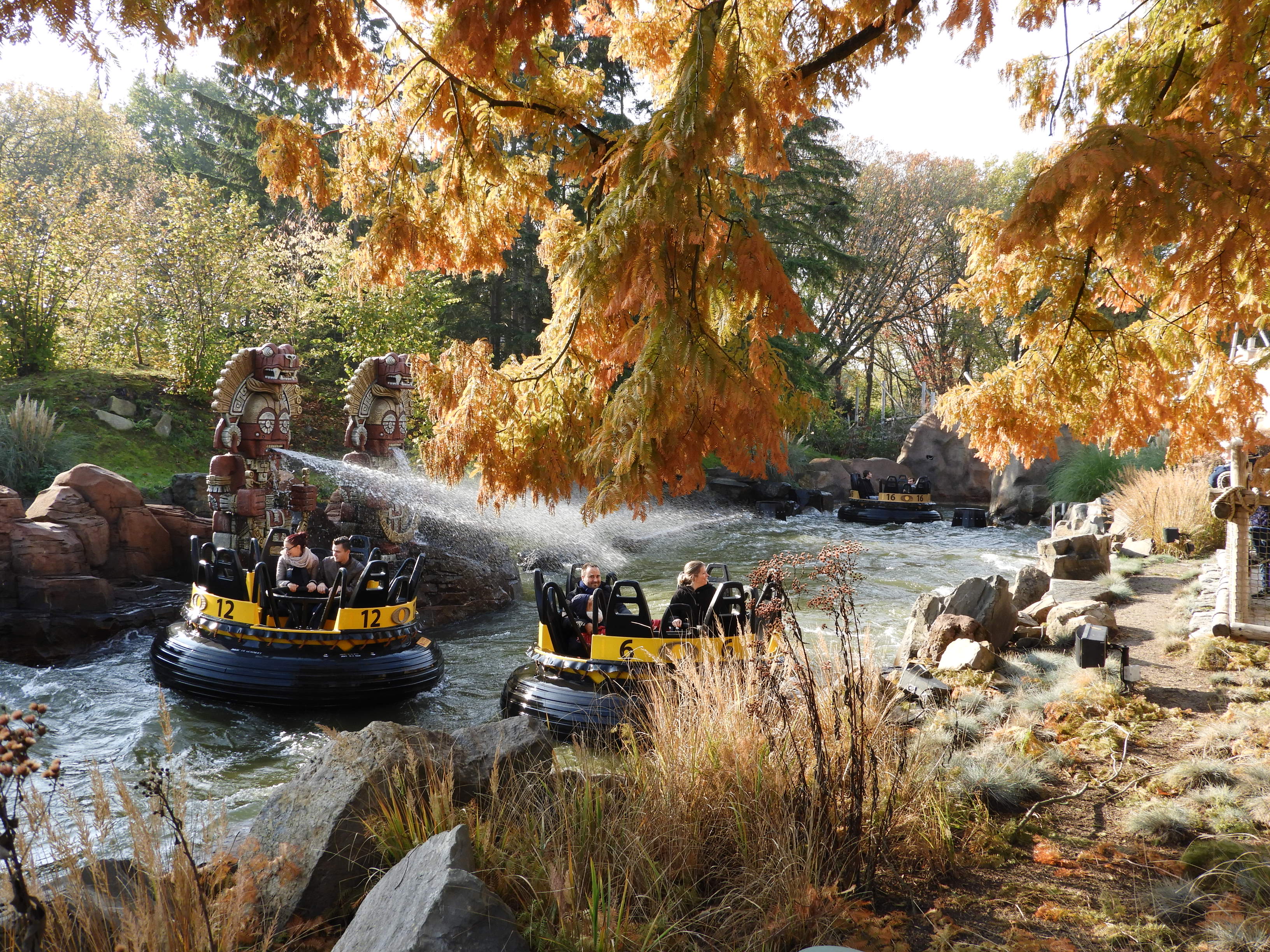 My favorite ride to watch though at Efteling is Baron 1898! We chose single riders again and in 30 minutes, we were ready to ride. The cathedral of steel looked stunning as always. It might not be the best layout wise, but it sure is one of the prettiest coasters in the world. 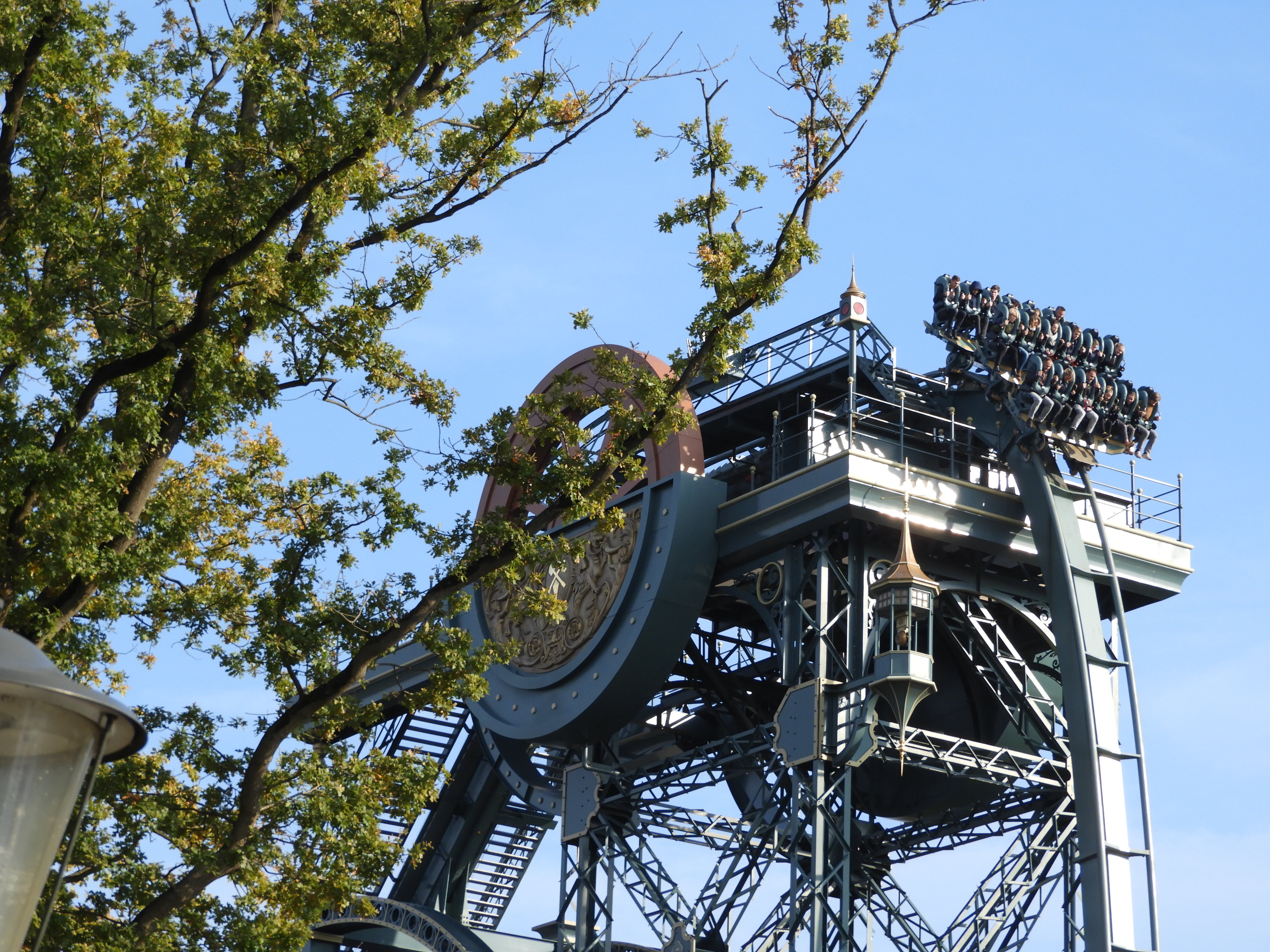 We had some kebab at Fata Morgana, my favorite dark ride at the park. It only recently reopened after some refurbishment but nothing in particular stood out. They replaced the plants at the beginning and the end of the ride for an easier refurbishment in the future but not very noticeable. 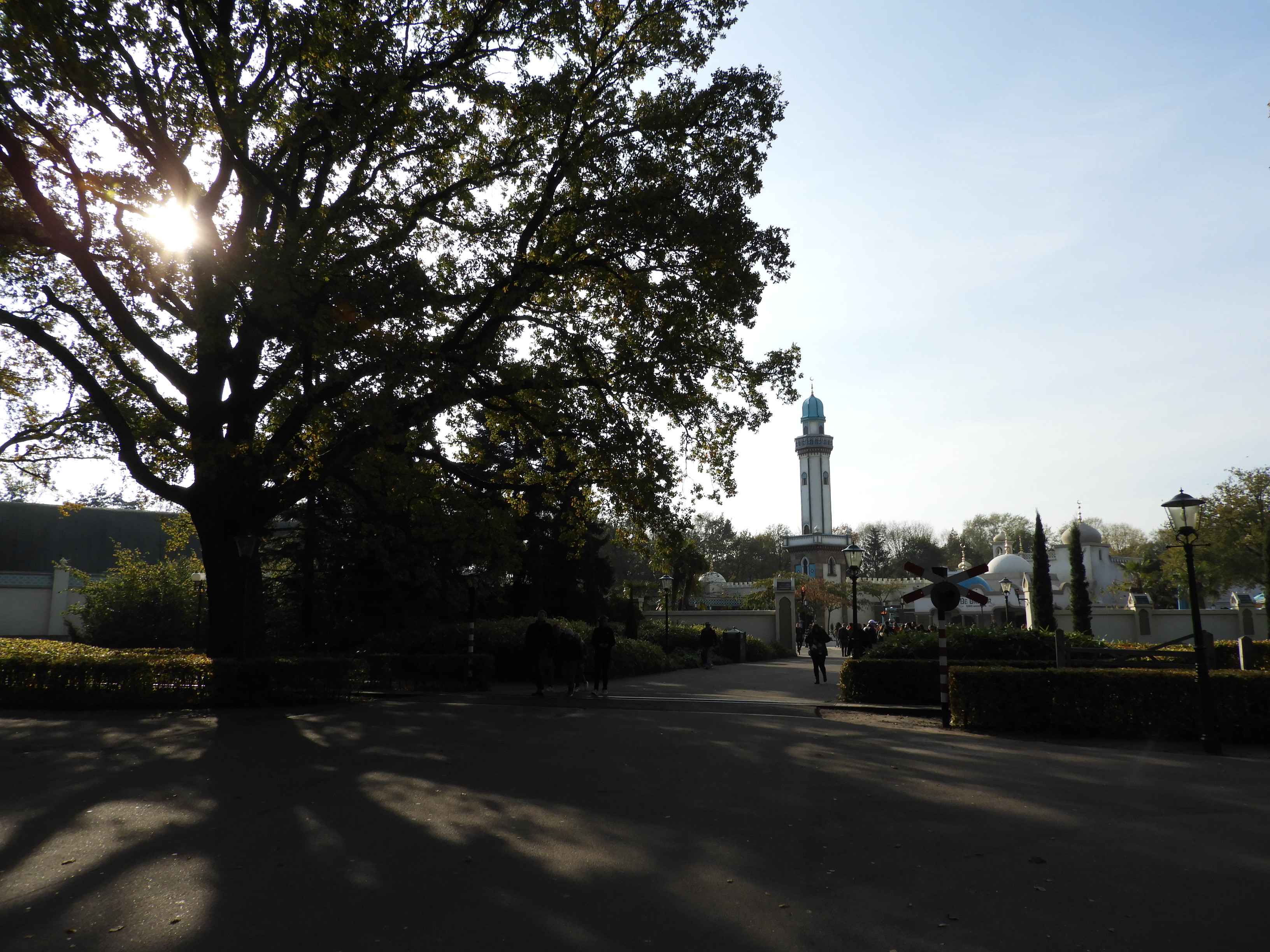 Obviously, you can’t go to Efteling without walking through the Fairy tale Forest. Especially now with all the colors! 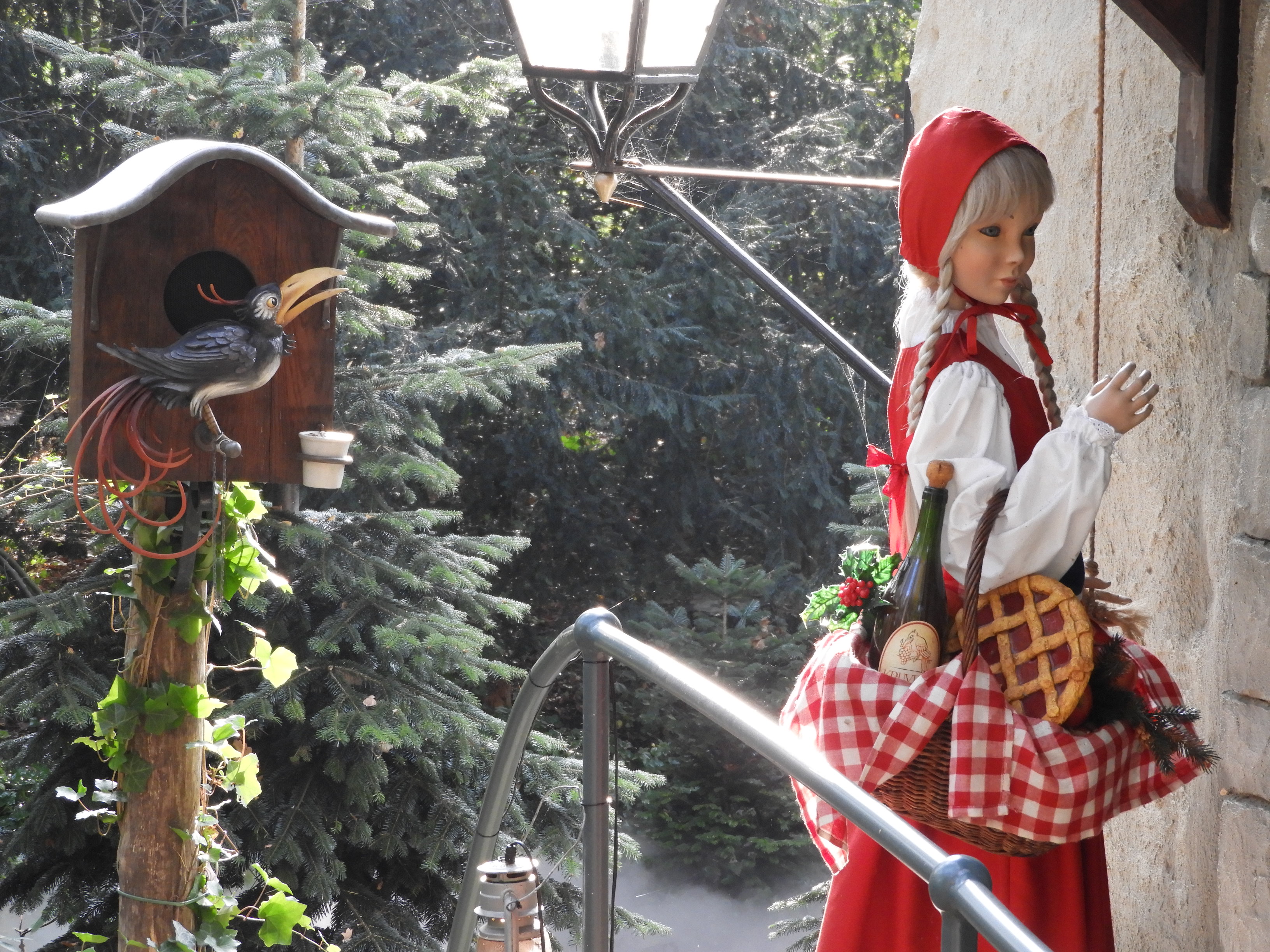 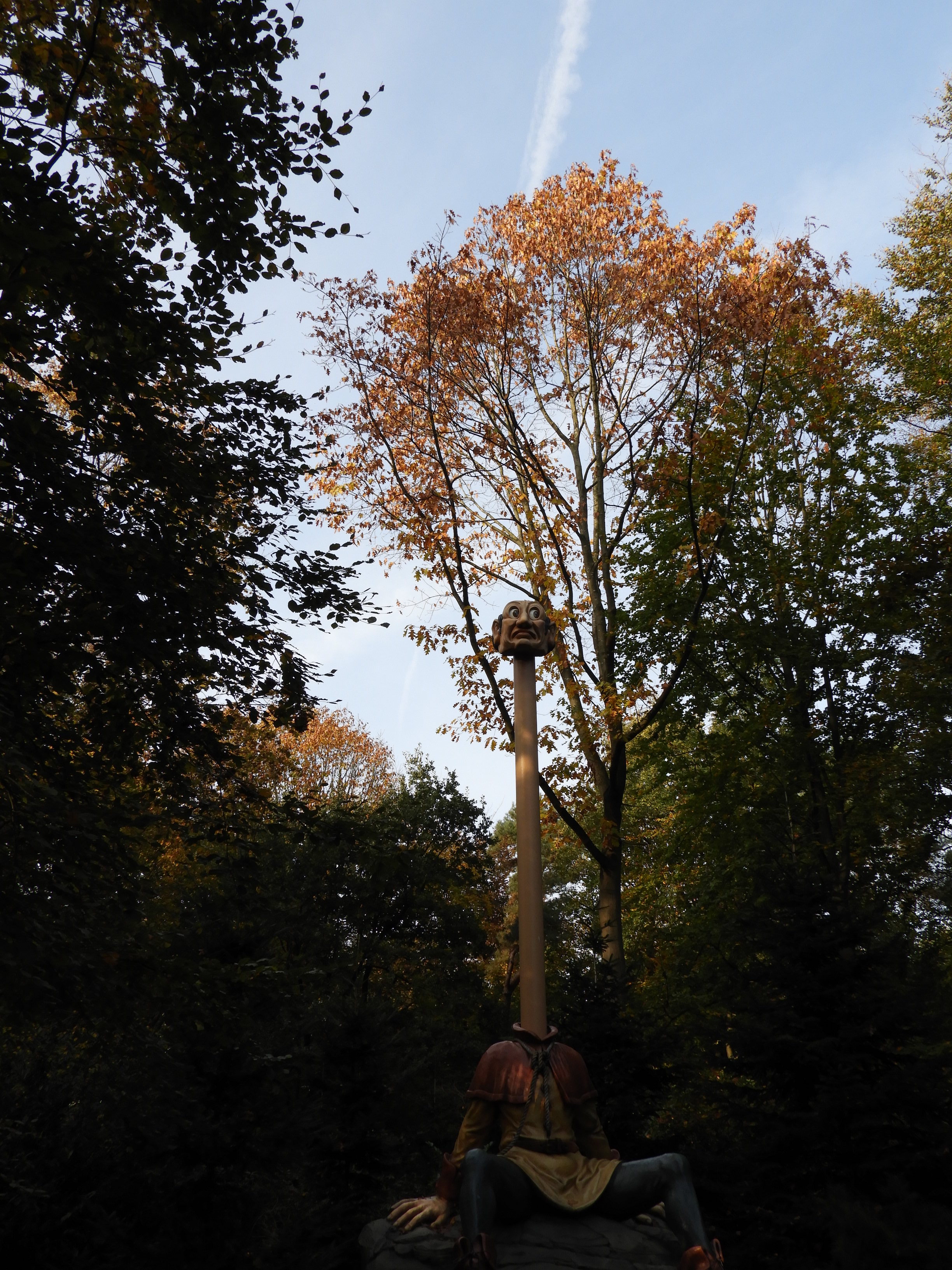 And there’s a new inhabitant! Kniesoor, an actual talking tree! They attached a kind of animatronic bark to a real tree that talks to you. It’s supposed to speak to you directly if you activated interactive experiences on your app. However, it didn’t get very personal besides saying “I see someone I recognize”. So still work in progress! 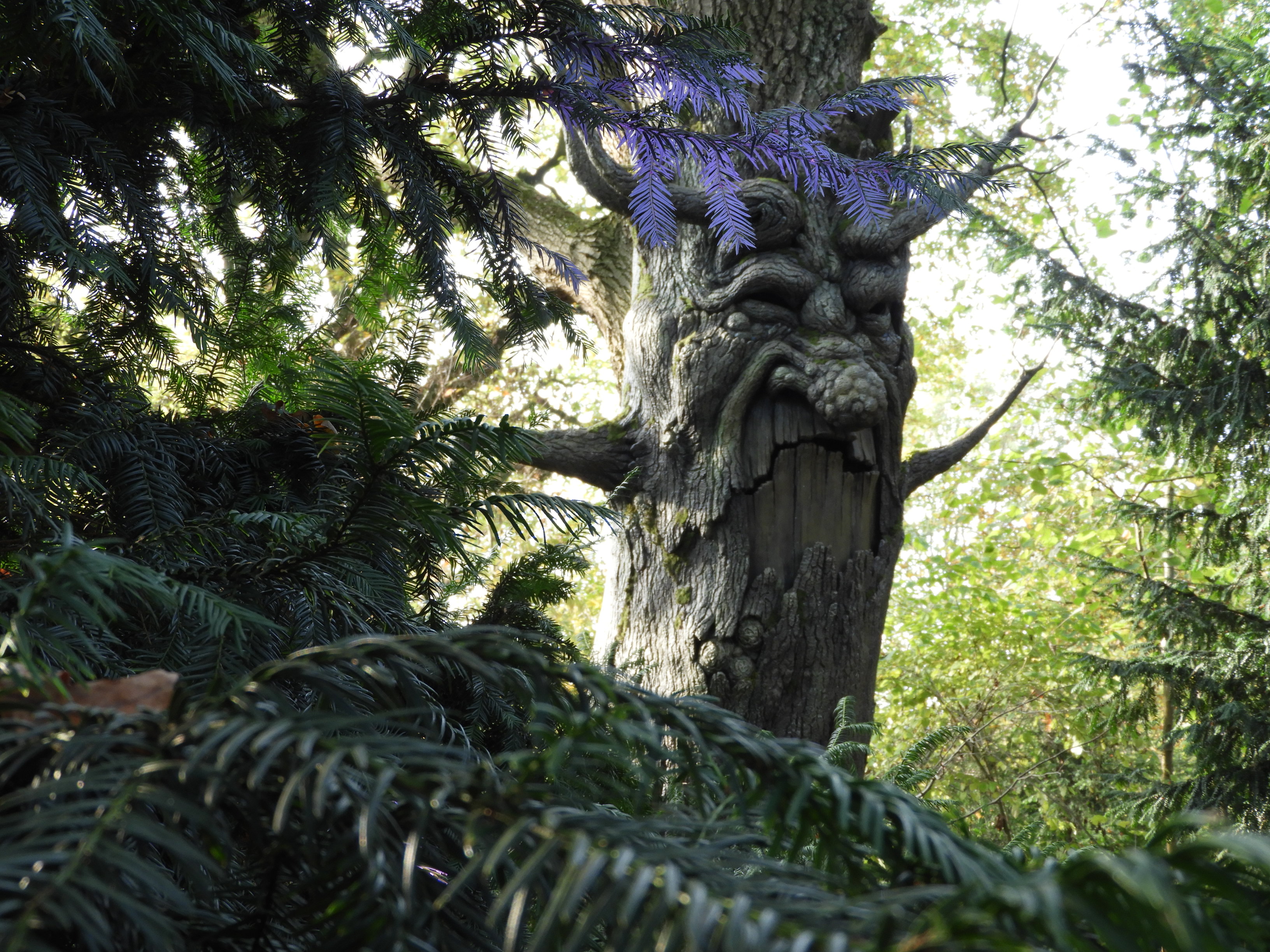 Near the Anton Pieckplein, we saw more colors! 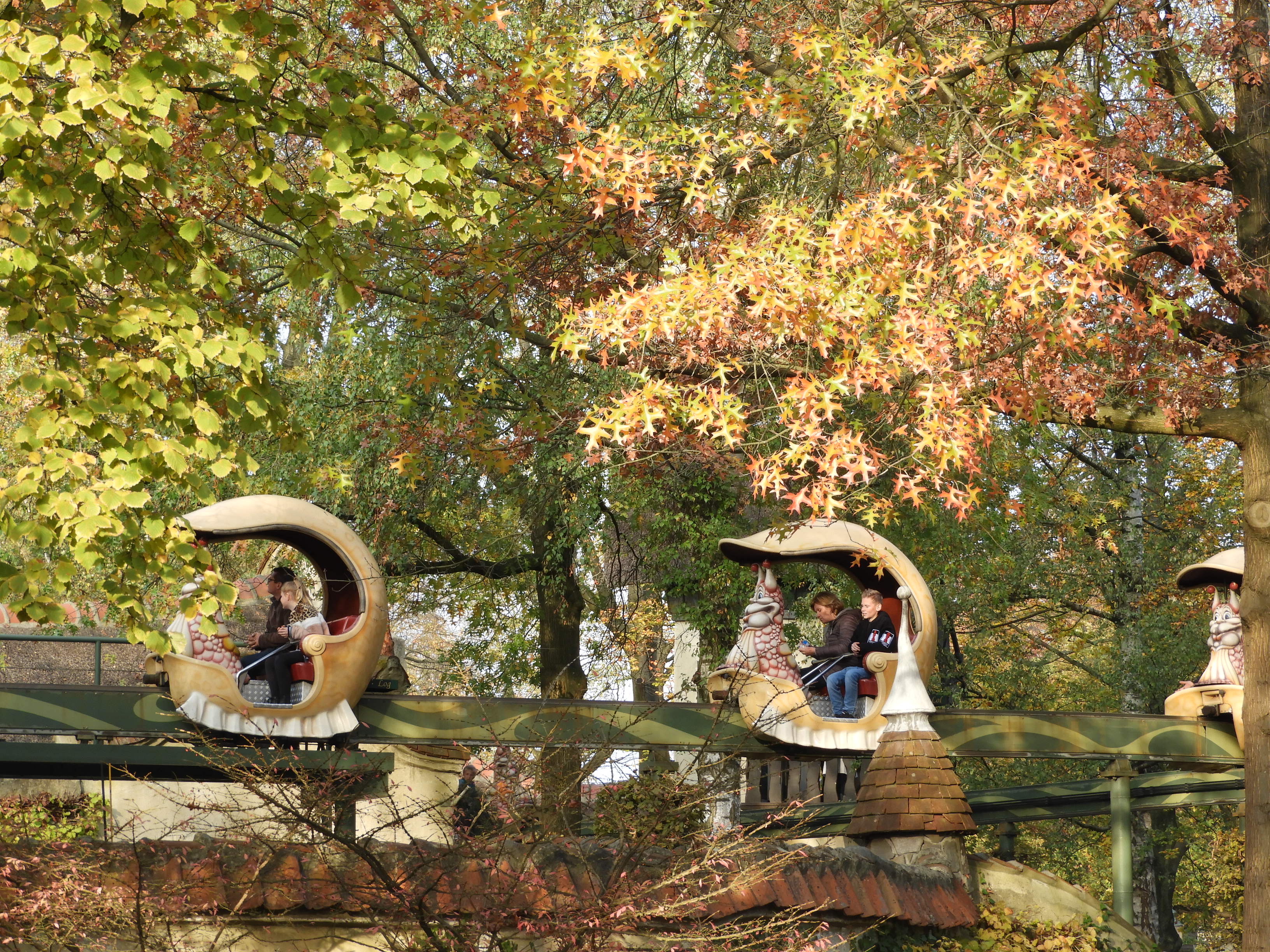 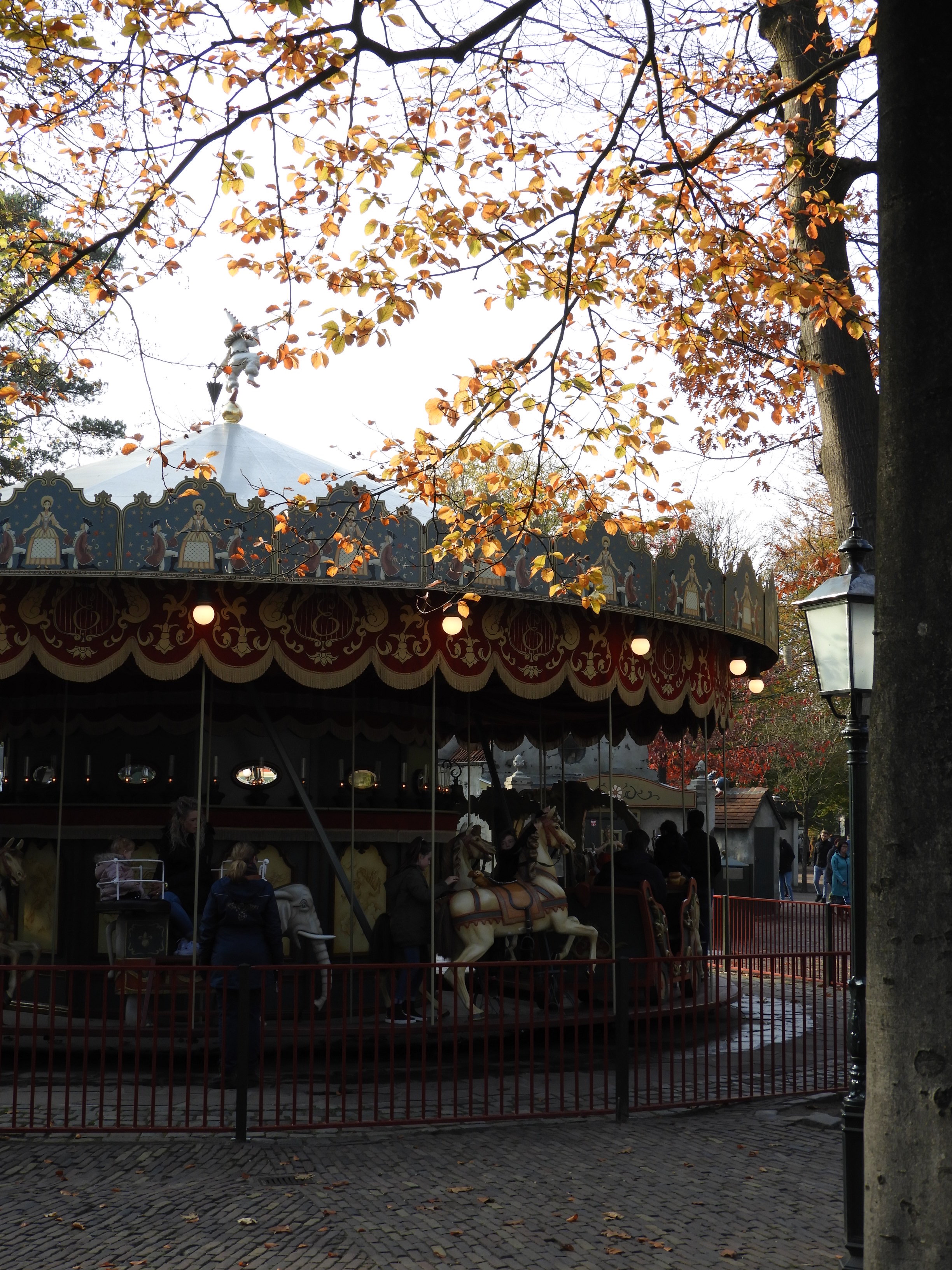 Vogel Rok is undergoing a big refurbishment to bring back the third train. Besides that, new effects will be installed and a renewed queue! It was the only major ride closed by the way, so thank you Efteling! 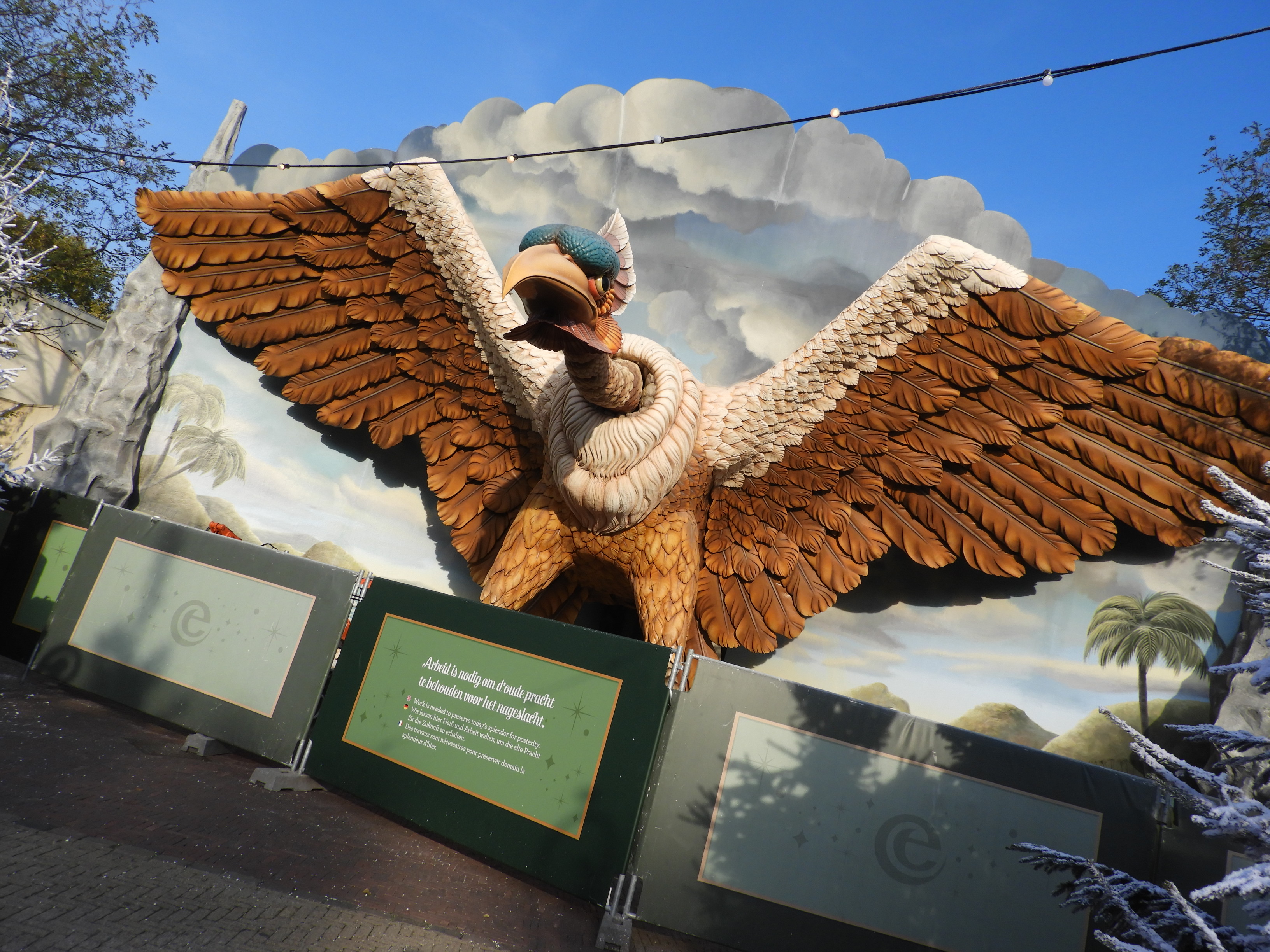 A must do for me is also Pagode. And with good reason cause look at how beautiful the park is! 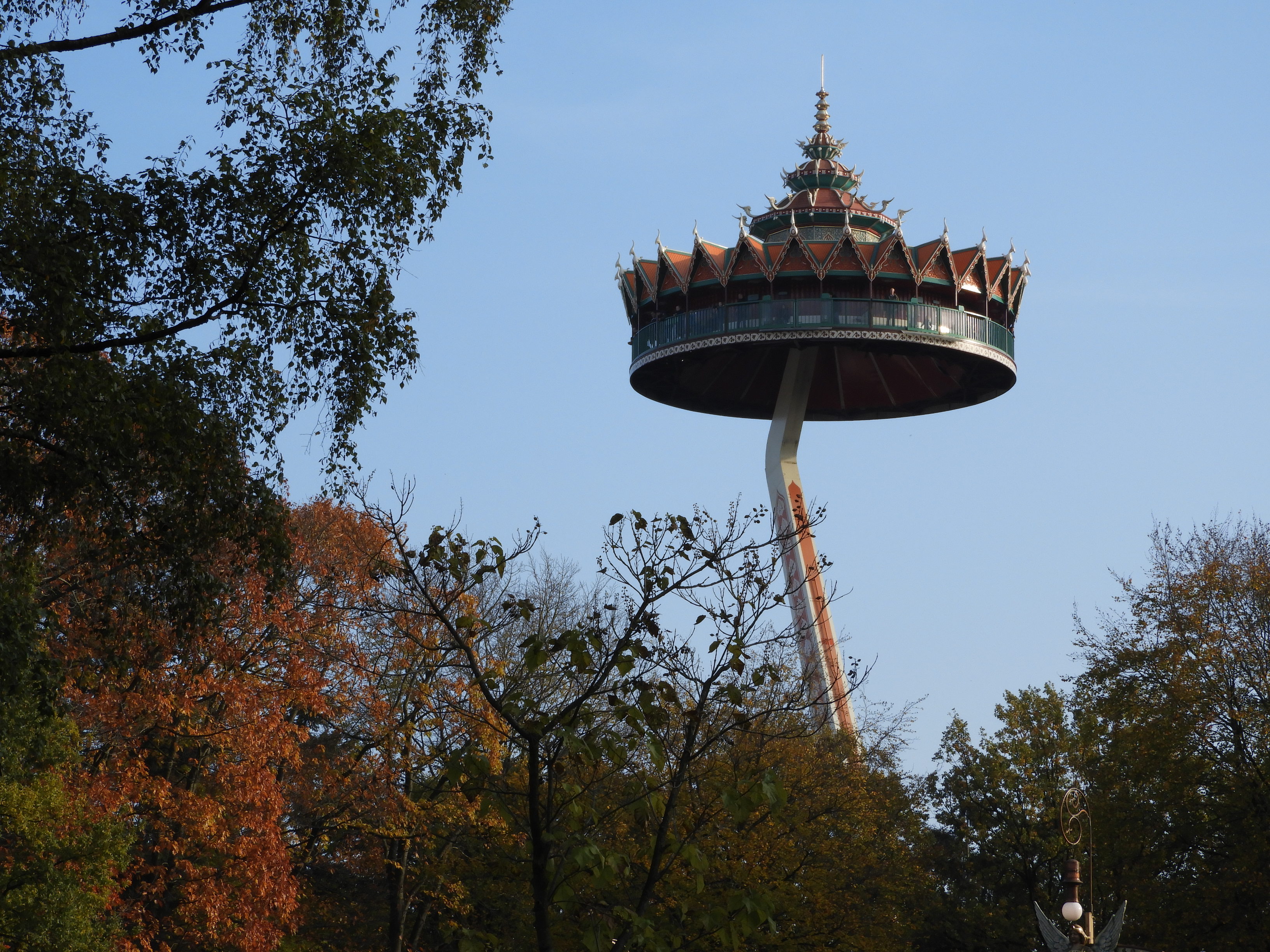 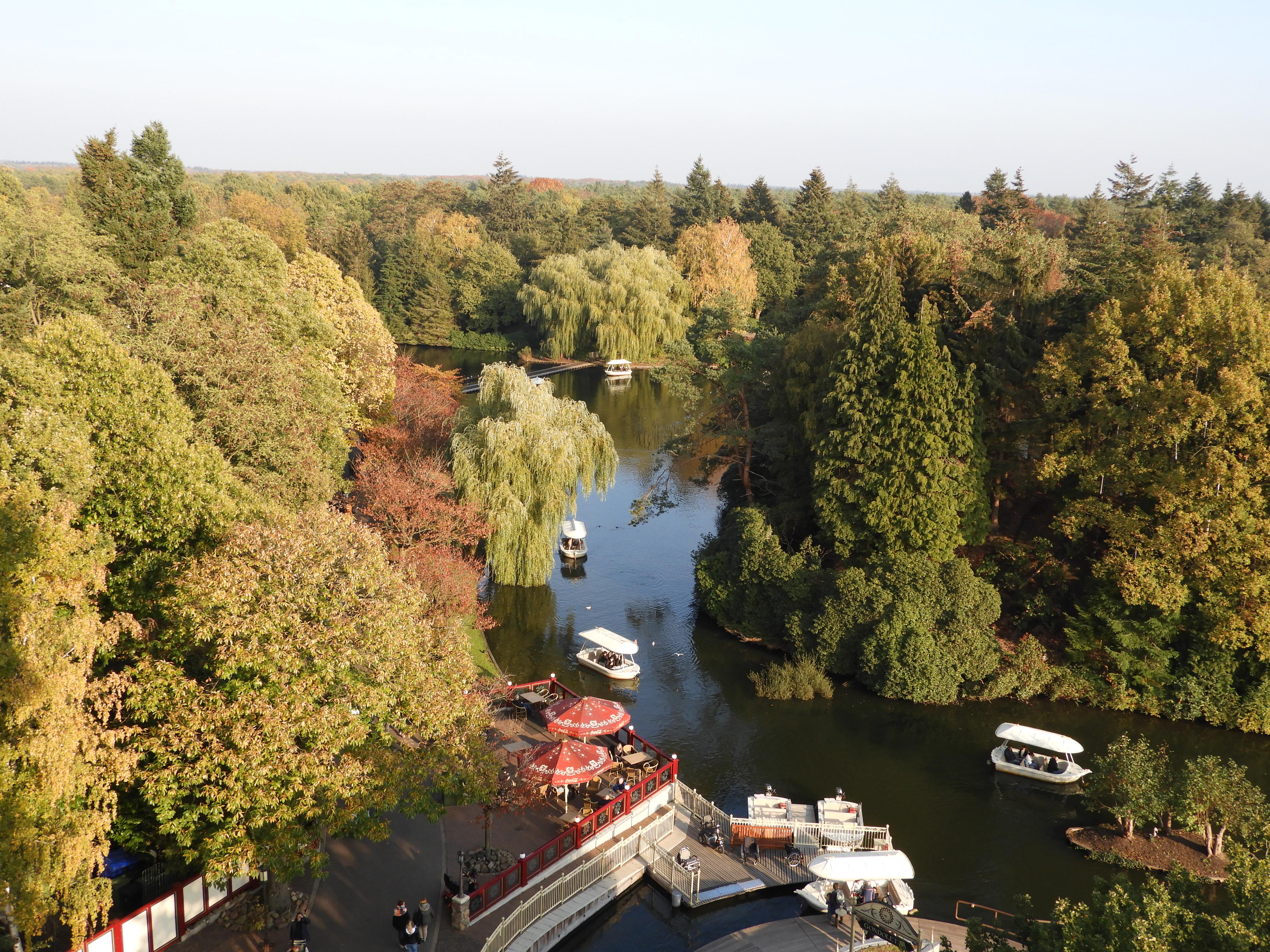 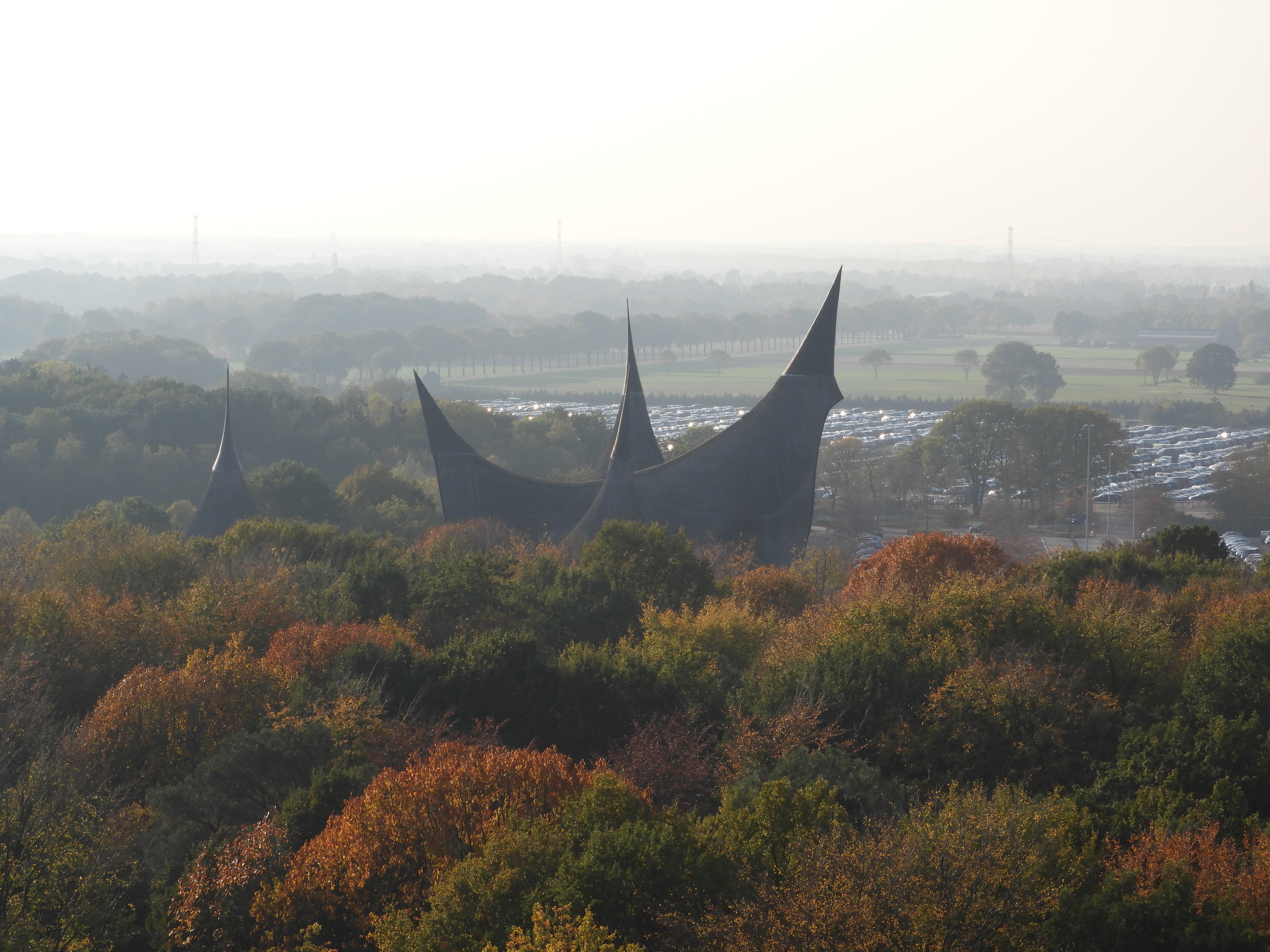 Another one of those big dark rides is Symbolica. The more I ride it, the more I’m a fan. Single riders gave us a ride together btw, so sometimes you might end up lucky! And that in 30 minutes instead of 50! 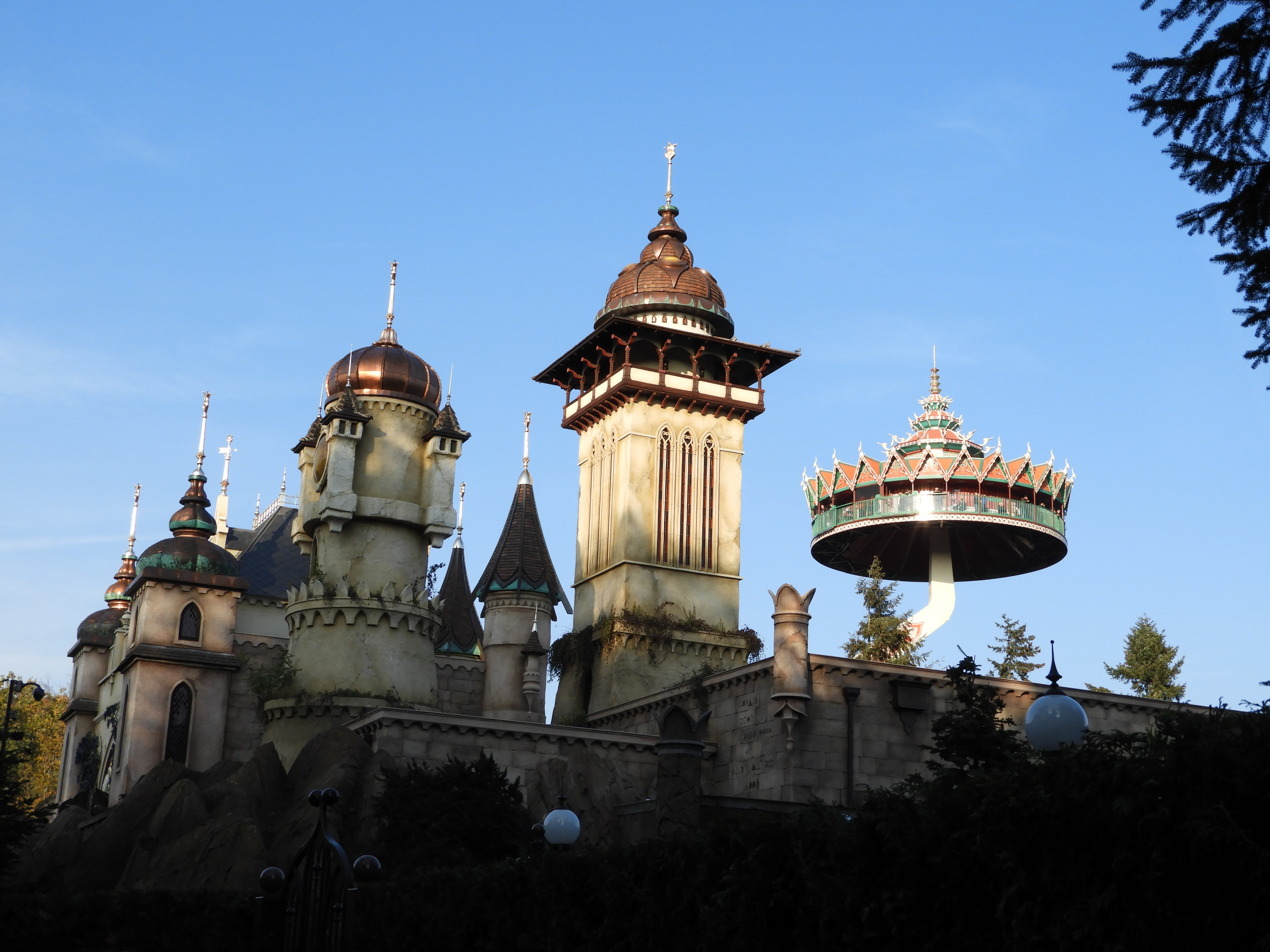 The whole square very much appeals to guests, including the pancake restaurant! And none other than Pardijntje was there to meet guests. 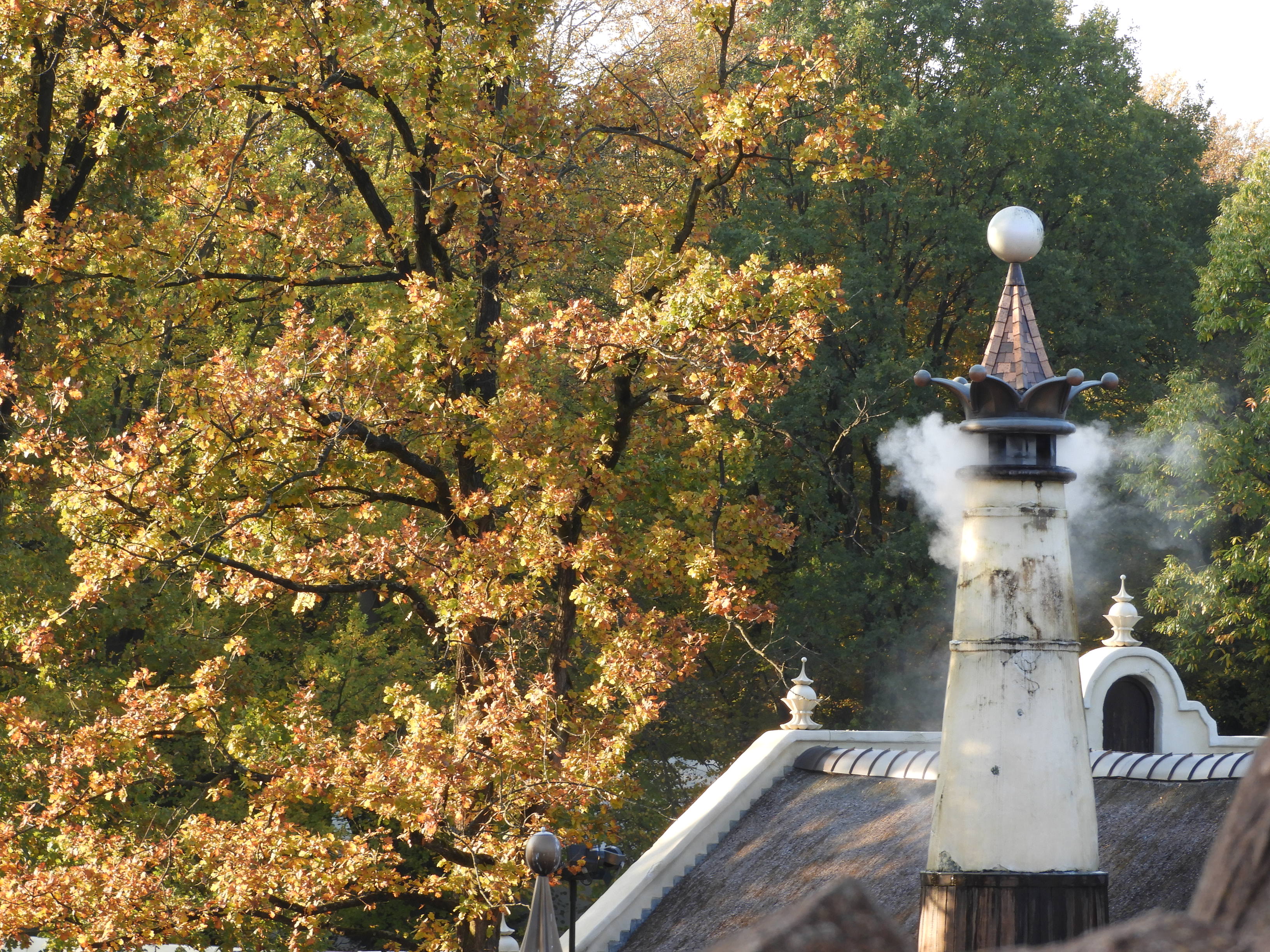 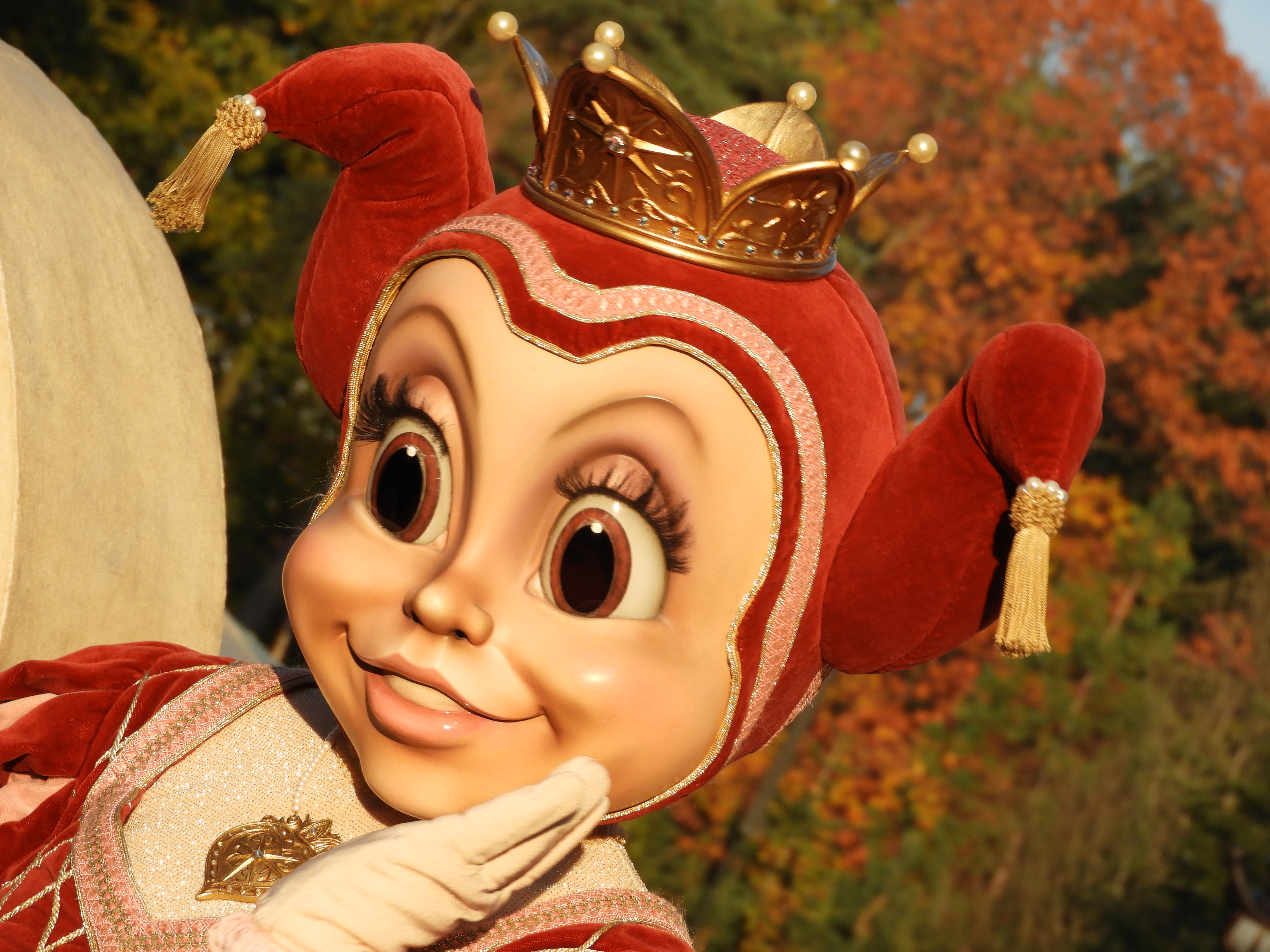 It had been ages since I rode Bob so of course we had to! Single riders queue gave us a ride in 30 minutes again instead of 50. It was probably my final ride ever (but who knows). 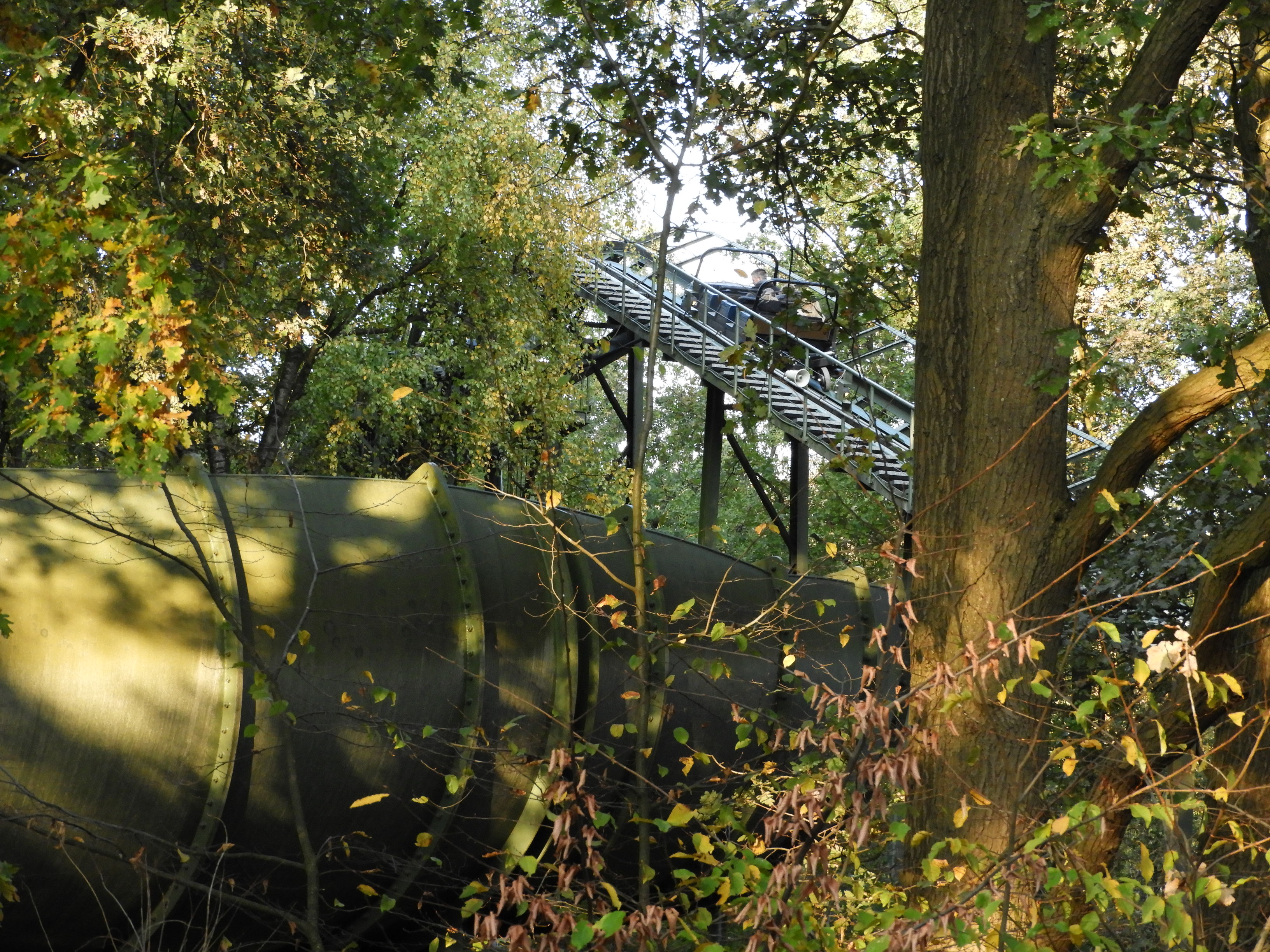 Honestly, I don’t mind it being replaced. It’s not as good as it used to be as it has gotten very rough. Yet it was good to ride it one last time. Note that it will only close next summer though! So there’s still time for you! 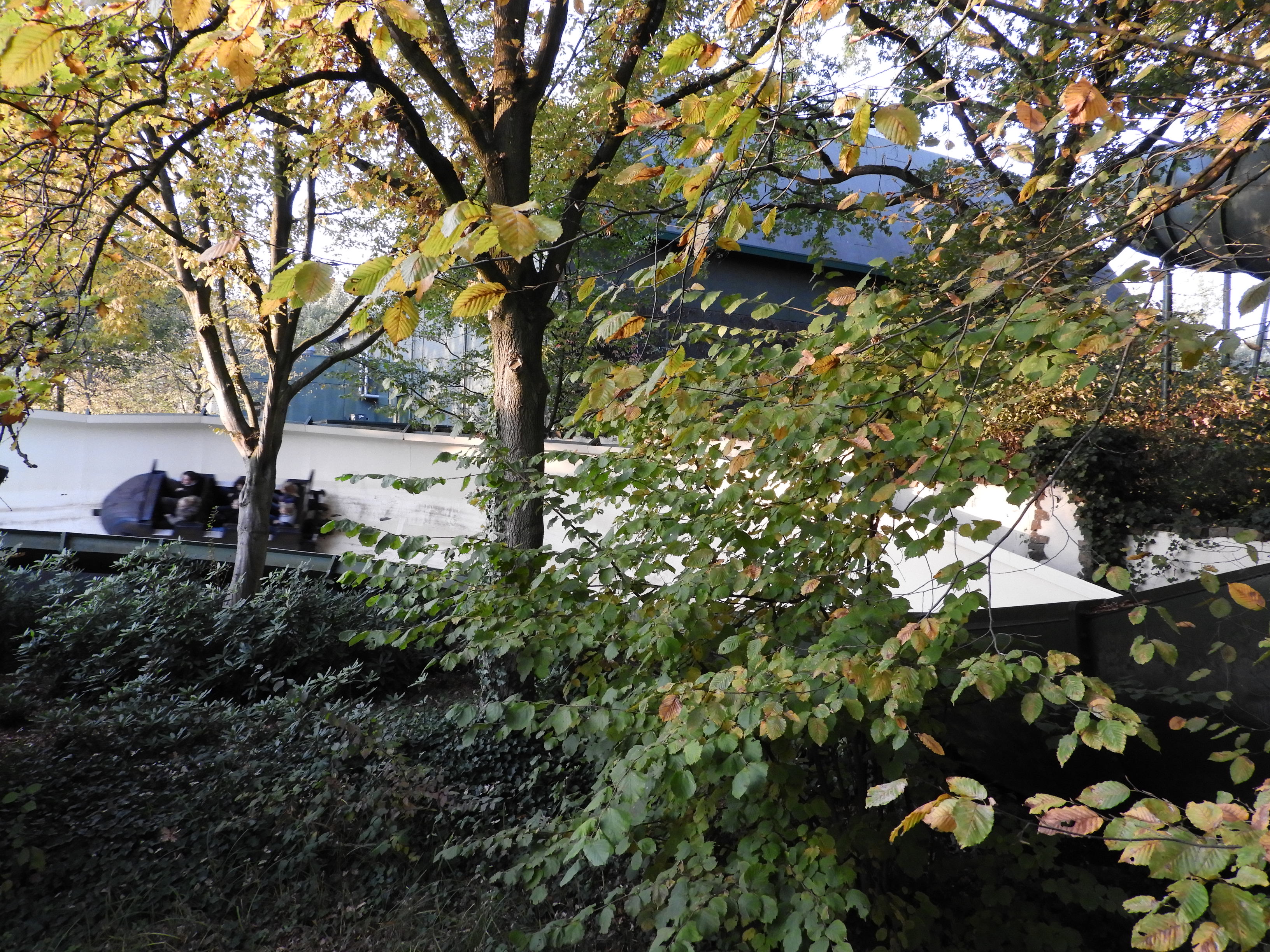 Don’t you just love simply walking around the park? 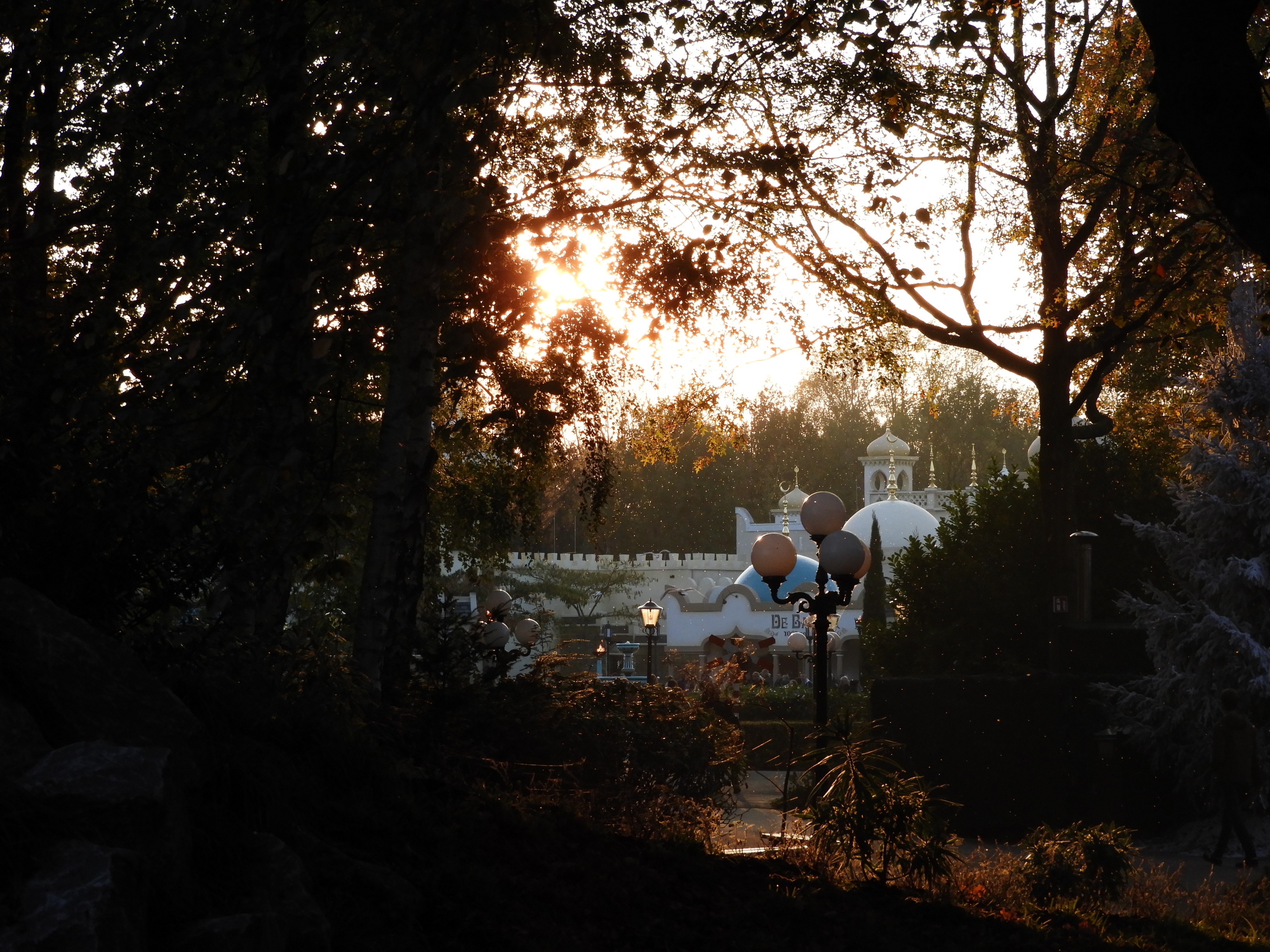 One more coaster remained: De Vliegende Hollander. Another ride that I can appreciate more each time I ride it. Not mind-blowing but the theme is such fun. And it features my favorite theme park music! 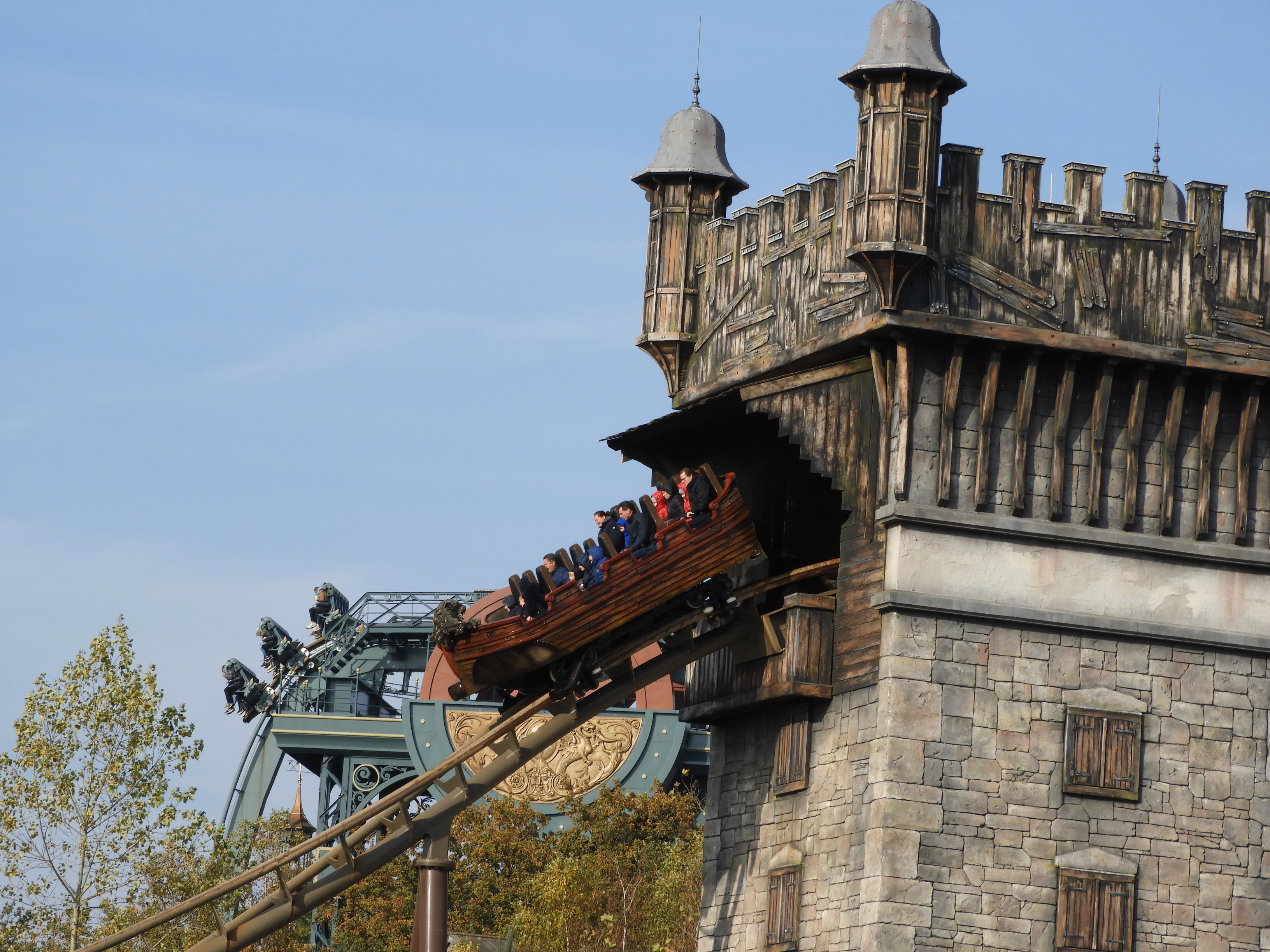 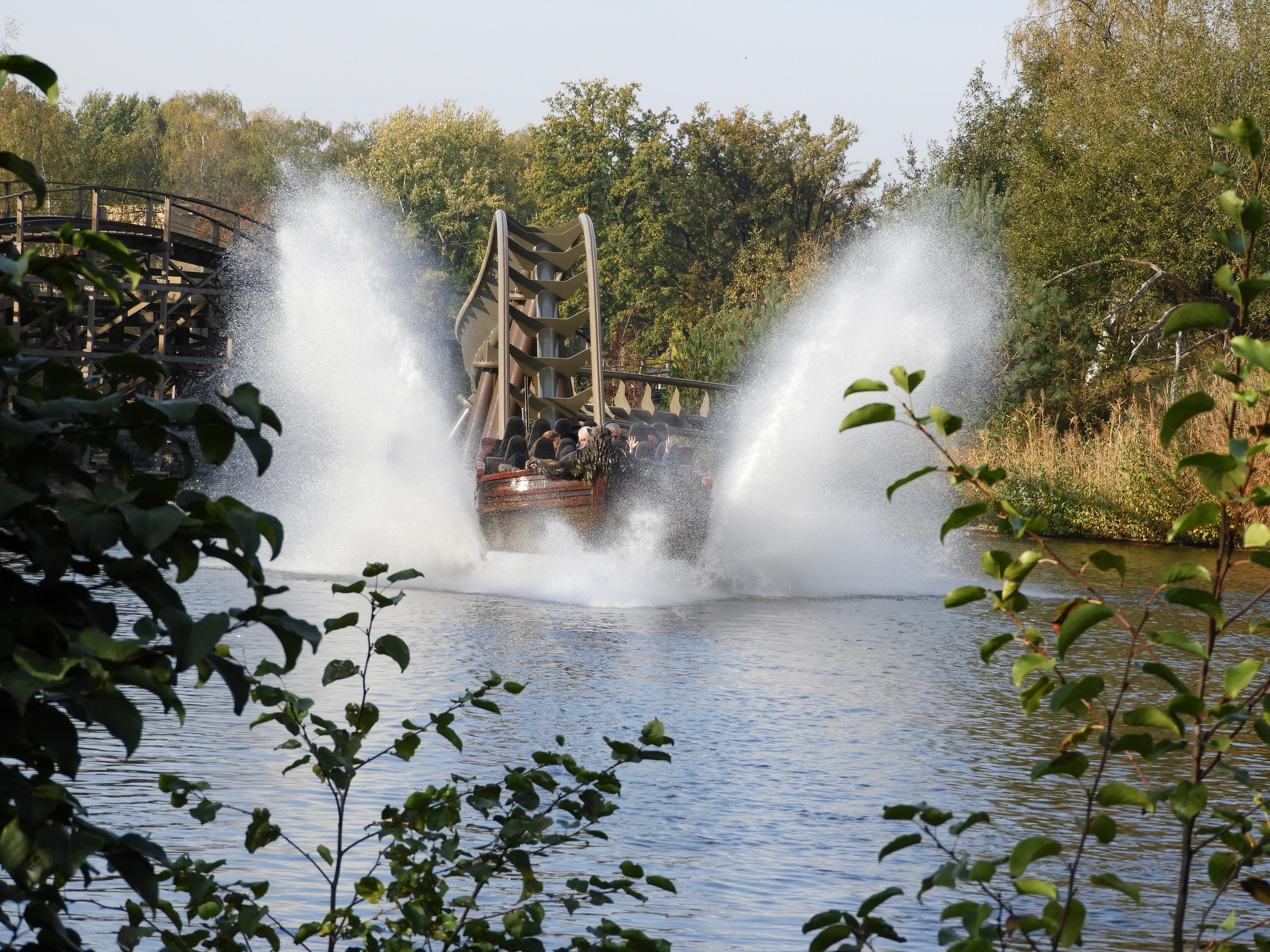 Only one major ride left that we wanted to do and it was the last day before refurbishment: Droomvlucht. The entrance is already packed to probably get a nice repaint. The ride itself however was very bad because of our fellow riders… Efteling should put up a large sign: NO FLASH. Why would you film with light in a DARK ride… Especially the planet scene was ruined… 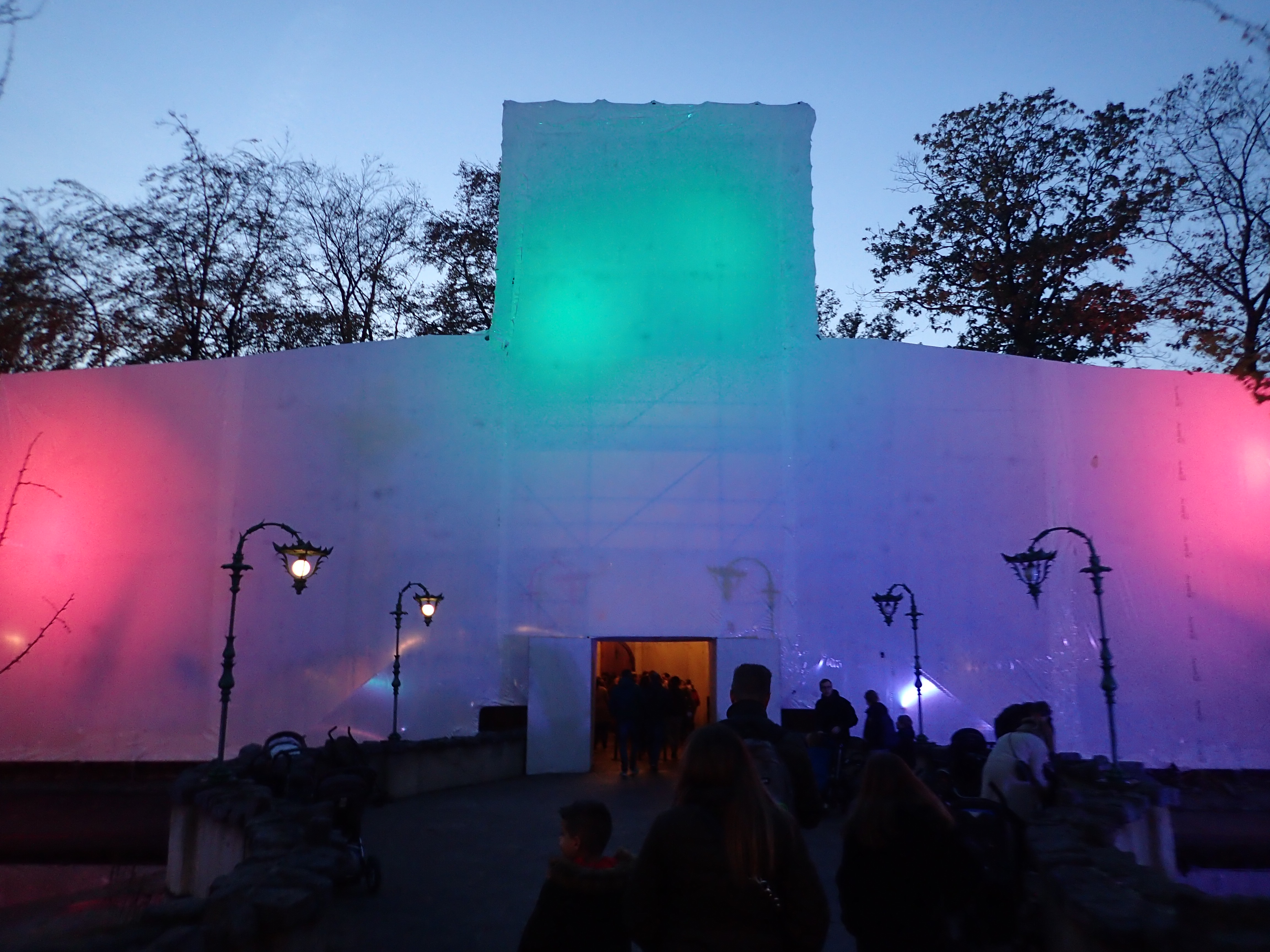 Even though it was quite a busy Sunday, we did loads with average wait by planning wisely. Use the single riders queues as most of the times it will cut your wait time in half. The classic rule applies too: start at the back, especially in a big park like Efteling. 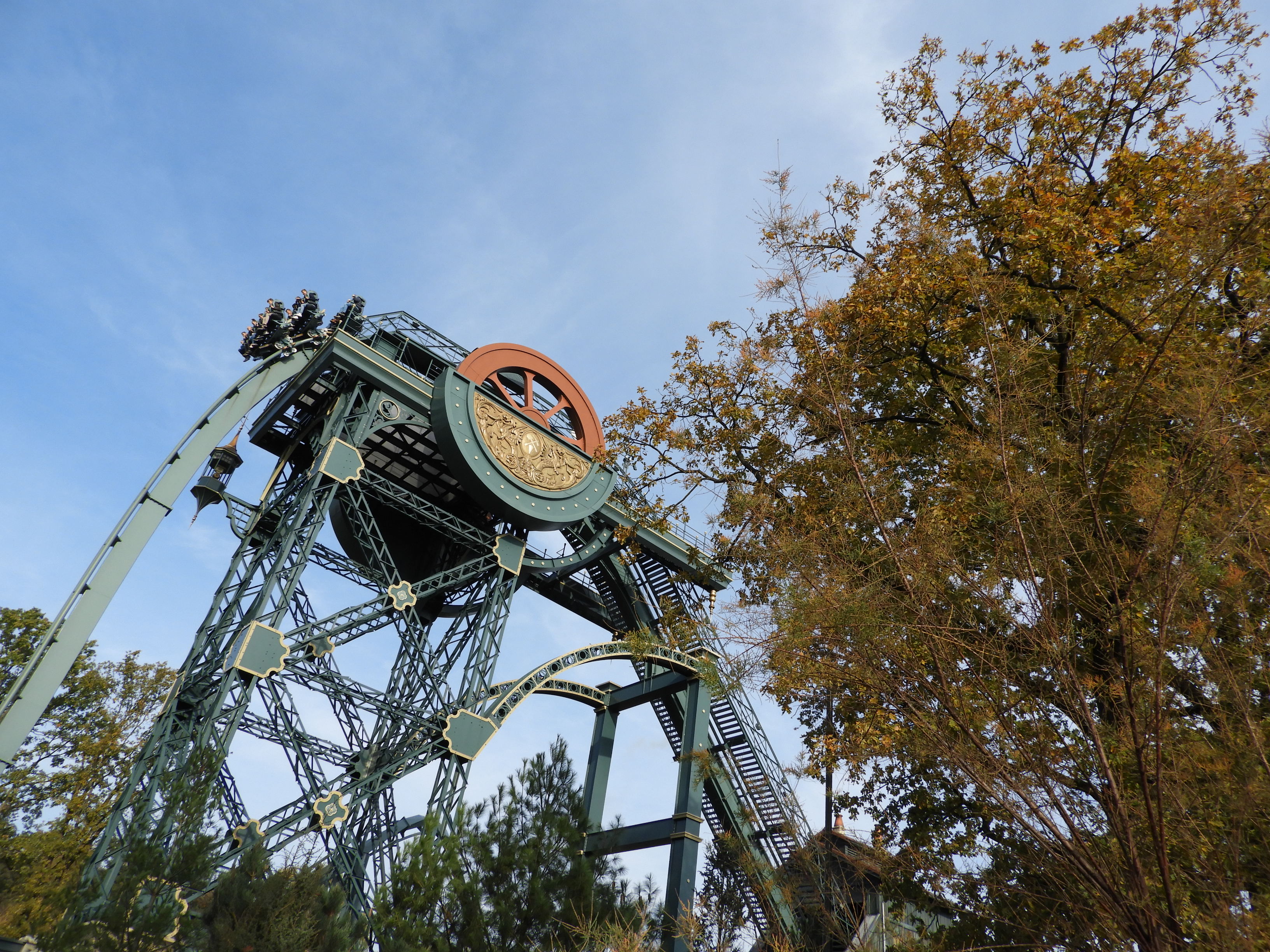 All in all, Efteling sparkles in all seasons. Yet, fall/autumn most definitely became one of my favorites instantly! Preparations are well under way for the Winter Efteling too, another wonderful time to visit the park! What are you waiting for?! 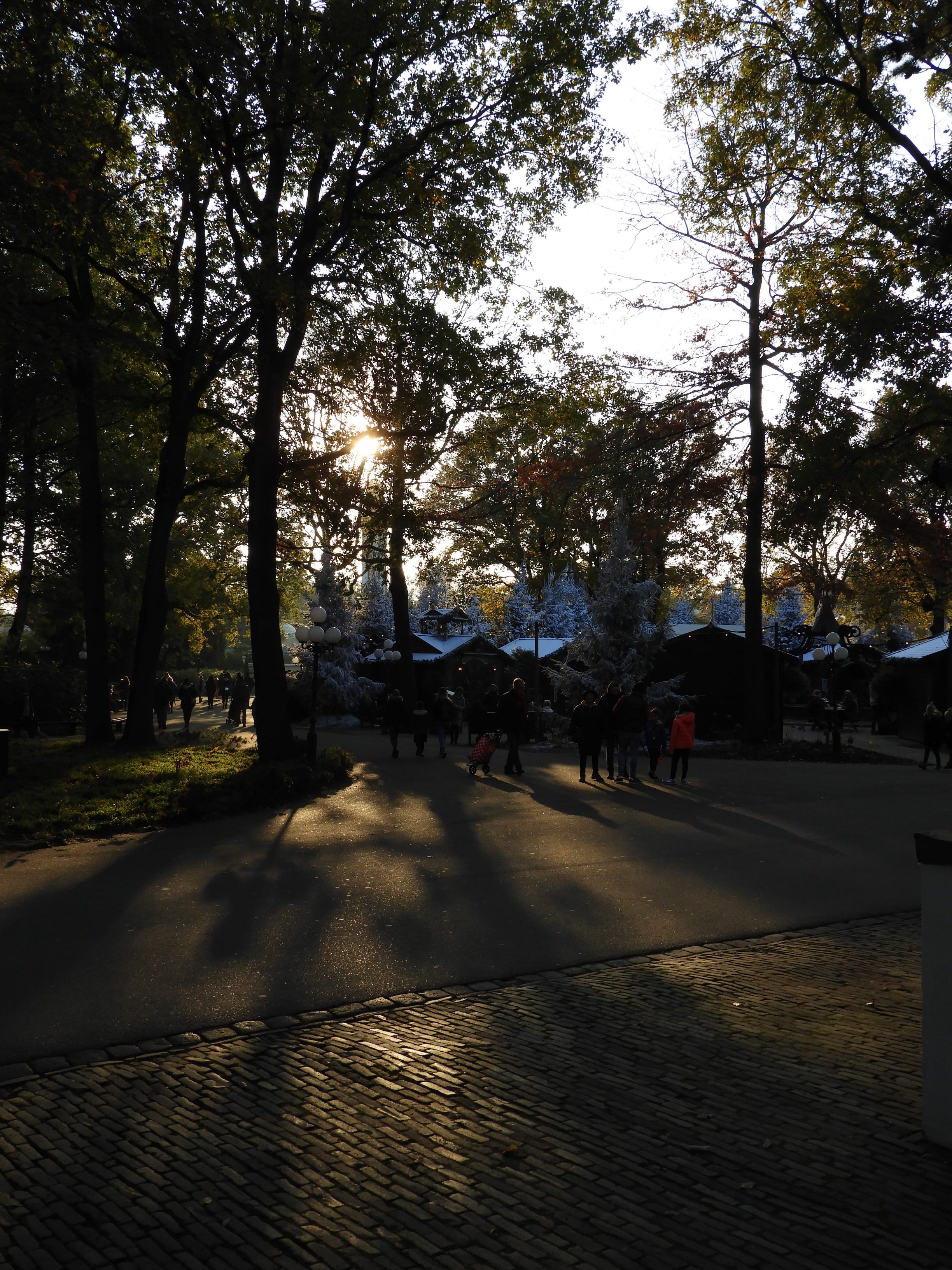 Thank you for checking out this Efteling report! Check out this week’s new Six Flags Magic Mountain update!