Byron: Although Disney parks may not be known for their high thrill attractions, they still feature some of the world’s most iconic and recognizable roller coasters. Disneyland Park in Anaheim California is no exception. Although everyone has their own preferences in rides, below you’ll find my personal ranking of Disneyland’s three major roller coasters, from the worst, to the best. 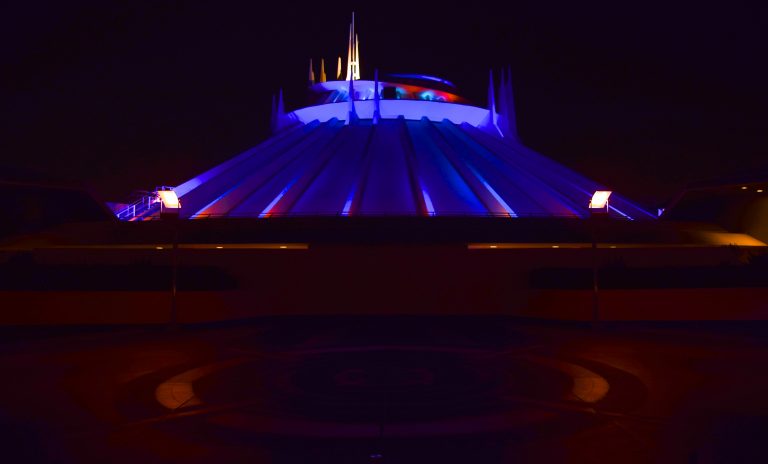 Space Mountain is arguably Disneyland’s most popular and most iconic roller coaster. Unfortunately, the ride experience doesn’t quite justify that status. That’s not to say Space Mountain is without merit. One of the ride’s greatest strengths is the onboard audio, scored by nonother than A-List film composer Michael Giacchino (Since 2005).  This iconic and fast-paced score energizes the ride experience,  adding atmosphere, and urgency. In fact, Space Mountain starts quite strong in general. The score works in tandem with the pulsating light tunnel and subsequent screen-enveloped lift hill to create a very compelling space-like environment and the anticipation is built beautifully. Unfortunately, from here, the ride fails to deliver. 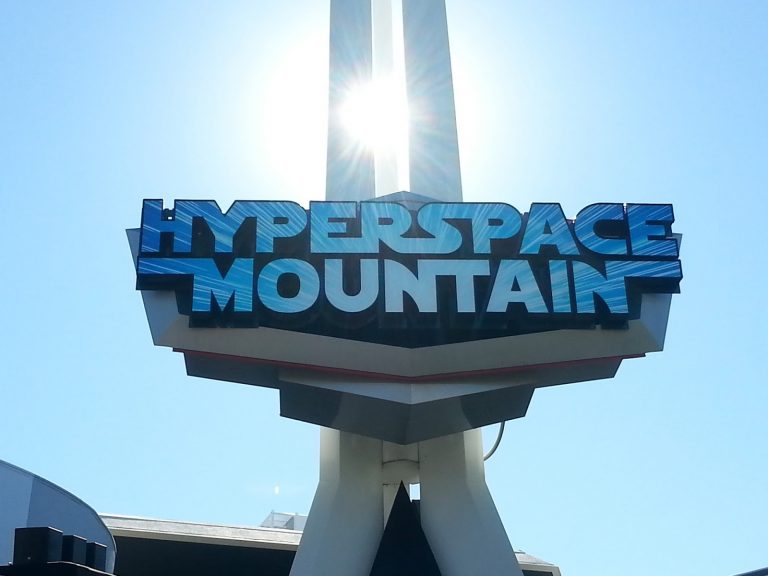 The is layout quite bland, featuring countless straight sections (block brakes to accommodate more trains), almost all of which are followed by a shallow left turn. This pattern is ever so occasionally interrupted by a small dip or, dare I say, a right-hand turn. In its current form (since 2004), Space Mountain is tracked by Dynamic Structures, and thus lacks the classic feel of its Orlando counterpart. The theming during the coaster section is also lackluster. The building is dark, smattered with countless stars projected on its walls, but the coaster section features no other notable effects. In totality, Space Mountain is far from a bad ride, and I try to ride it on most visits. However, its mundane layout and somewhat uninspired theming keep it from being one of Disneyland’s best. 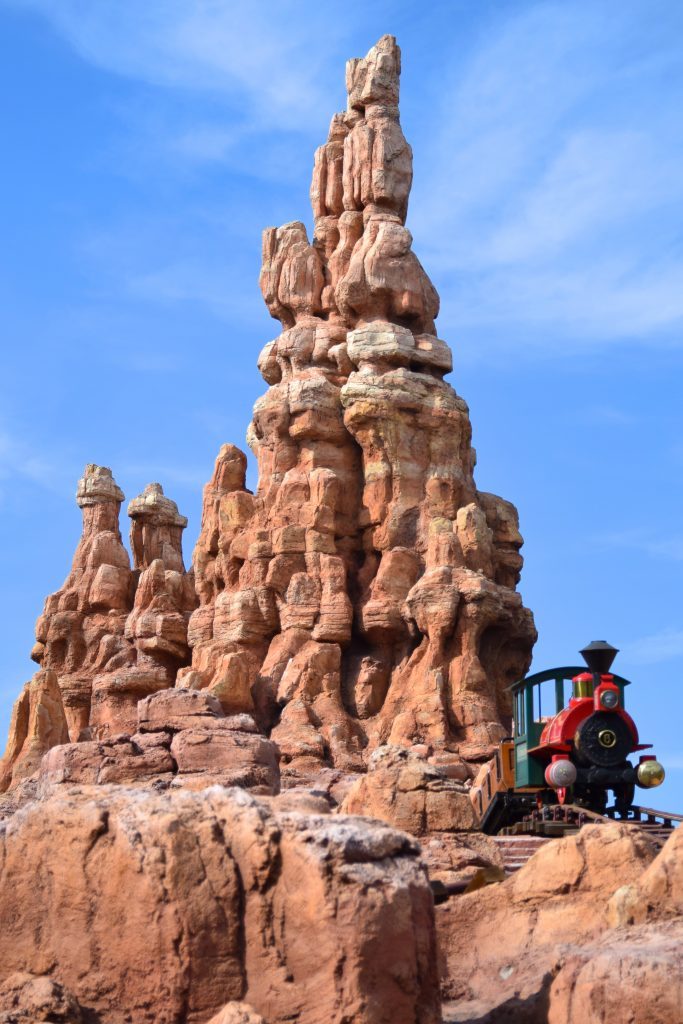 Big Thunder Mountain Railroad is a Disneyland staple and for good reason. Much like Space Mountain, it was totally retracked by Dynamic Structures late in life (2014). Unlike Space Mountain, however, Big Thunder features a diverse and compelling layout that caters well to a family audience. While it’s not the most intense ride in the world, the mix of small pops of airtime, banked turns, and helices keep the ride experience from feeling stale. That said, the real star is the theming. The rockwork and theming elements that the train whizzes through work to create a striking western landscape with something interesting to look at on all sides. 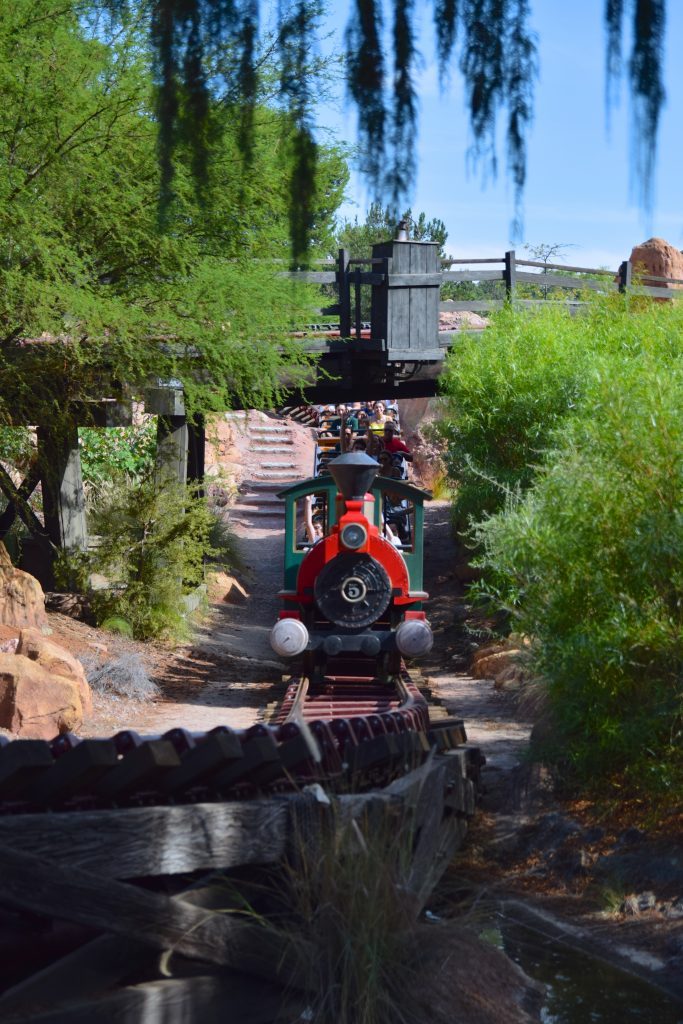 Due to the longer trains, Thunder Mountain is able to maintain momentum by using fewer block brake sections and taking advantage of its lift hills. The first lift shows off eerily lit caverns with stalagmites hanging down, as well as a waterfall that the train passes under. The second is outdoors, but as the train drops off of it, guests are treated to an animatronic goat chewing dynamite. The final of the three lifts especially stands out after it was retrofitted in 2014. It features a brilliant blasting scene in which guests narrowly escape a large dynamite blast, brought to life with strong fog, lighting, and projection elements. Between the classic and effective mine train style layout and the beautiful western scenery, Big Thunder Mountain Railroad consistently delivers and enjoyable Disney coaster experience. 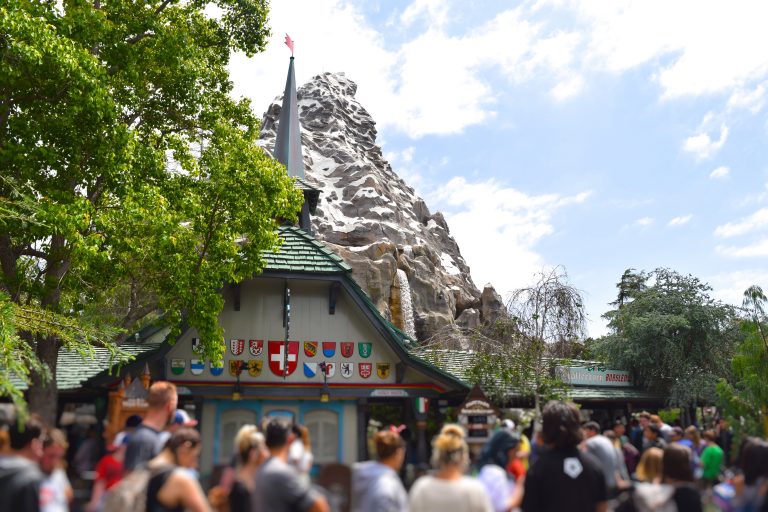 Matterhorn Bobsleds is not only my favorite roller coaster(s) in Disneyland, it’s my favorite overall attraction as well. In fact, it is not overstating things to say that Matterhorn Bobsleds is the most important operating roller coaster in the world. As I’m sure many of our readers know, Matterhorn was the first-ever tubular steel track roller coaster, and essentially the birth of the modern steel roller coaster. By today’s standards, it’s not a smooth ride by any means, but it isn’t unbearably rough either. Considering its age and history, the roughness is to be expected and in my opinion, just adds to the character of this theme park icon. 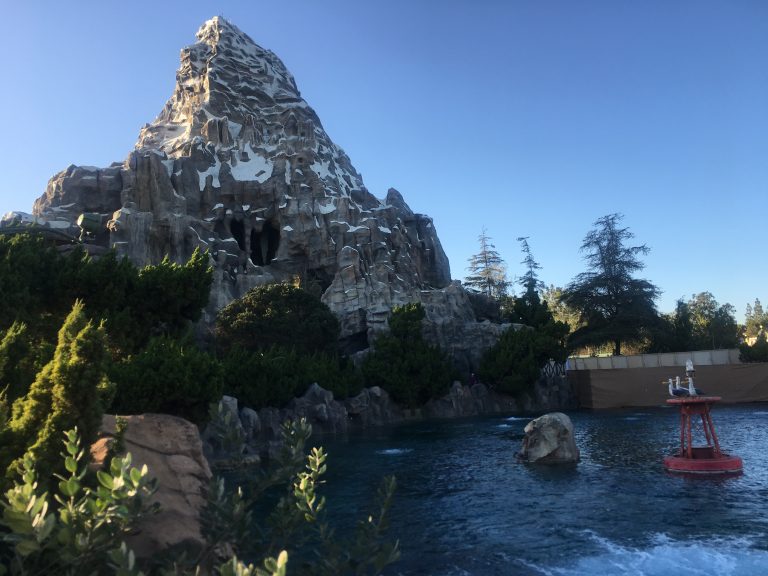 The mountain itself is quite impressive in scale and it presents an excellent backdrop for the track to twist through and around.  In places, Matterhorn is quite aggressive, as it tosses riders side to side with surprising lateral forces. Unlike Disneyland’s other coasters, it really does feel out of control in parts, and that is an enormous strength. The Abominable Snowman animatronics (Courtesy of Garner Holt) are also quite impressive and are well foreshadowed by the character’s appearance in screen form on the lift hill. As Matterhorn Bobsleds is actually two separate roller coasters than run side by side, everyone has their opinion as to which they prefer. I much prefer the left side, as it is a good bit more intense. Most notably, it features a drop under a boulder that yanks riders out of their seats. The right side is a little tamer as such a little smoother, so if that’s your preference you may enjoy it more. In any case, Matterhorn Bobsleds is an essential piece of roller-coaster history that still delivers a fulfilling ride experience all these years later. In my opinion, Disneyland’s first roller coaster is still its best.

Thanks so much for reading, I really do appreciate it. Make sure you check out recent California content such as our Fright Fest Update and Halloween Horror Nights reviews and don’t forget to check back for some stellar content coming soon from Asia! How do you rank Disneyland’s roller coasters? Comment below and let us know!