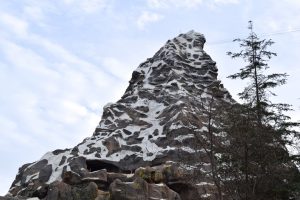 As we’re slowly getting in to adding the Disneyland Resort to our full-time coverage, we will more frequently drop quick updates! Here’s a late February update in which we look around Disney California Adventure Park and Disneyland Park and the never-ending refurbishments! 😀

Let’s start off at DCA, shall we? The posters around the entrance plaza between the parks are lovely by the way. 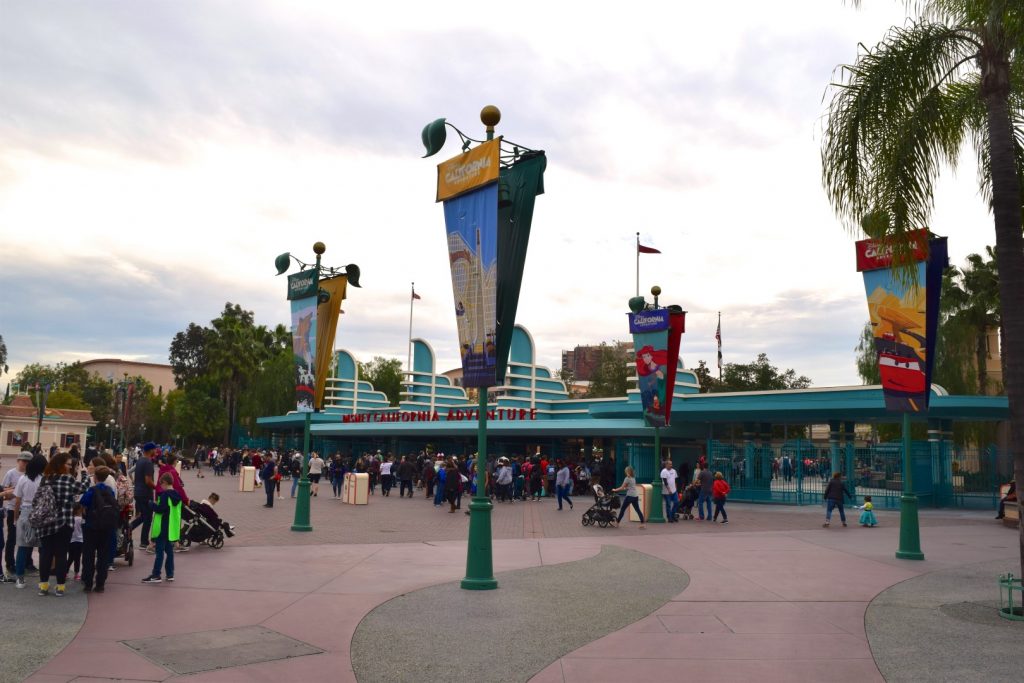 And then there’s the highly controversial Guardians of the Galaxy: Mission Breakout. Some are still bitter over the loss of Tower of Terror, I’m personally very excited for the new attraction, and most importantly the randomized drop-sequences! 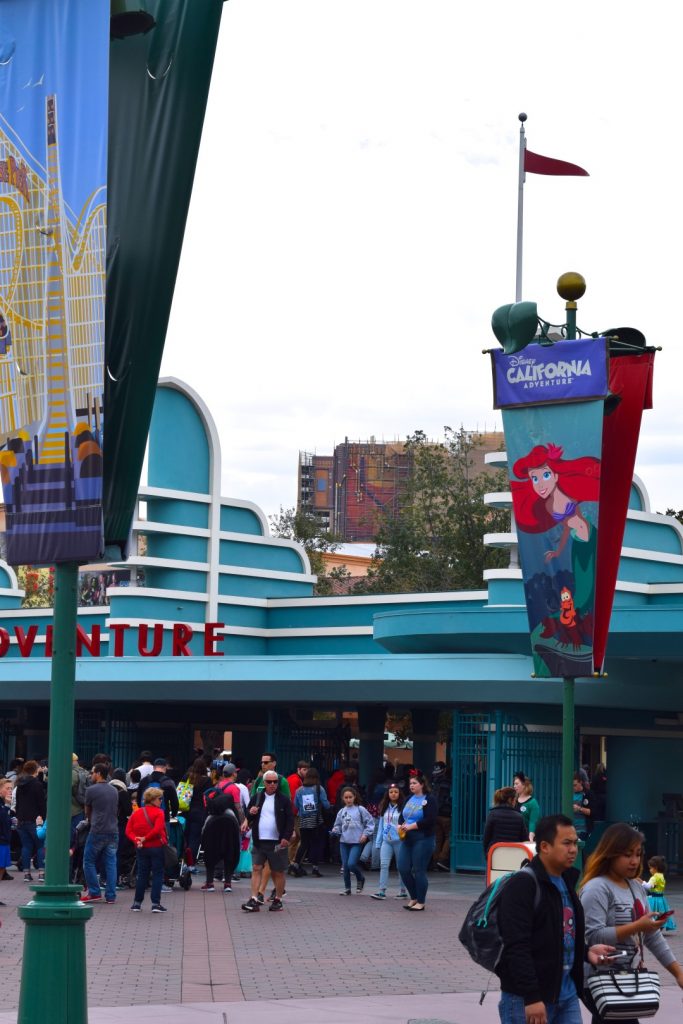 Let’s head inside the park and take a quick look at the Grizzly River Run refurbishment! 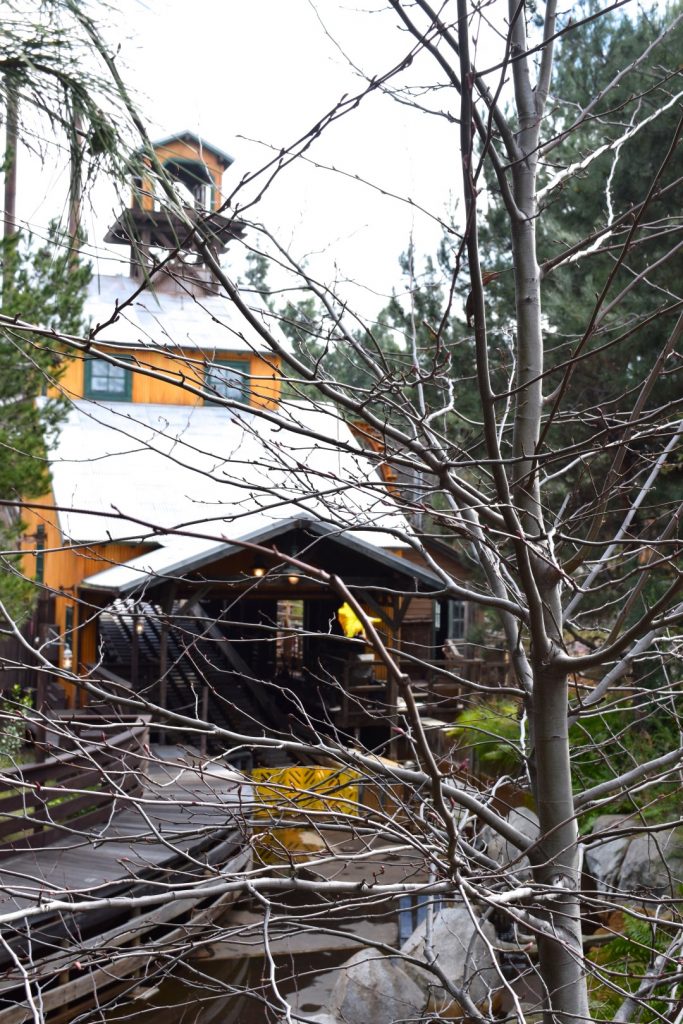 In the past few months that the ride has been closed quite a bit of refurbishing work has been done. As we passed by the ride while heading over to California Screamin’ we noticed that there’s still plenty of construction taking place all around the ride. 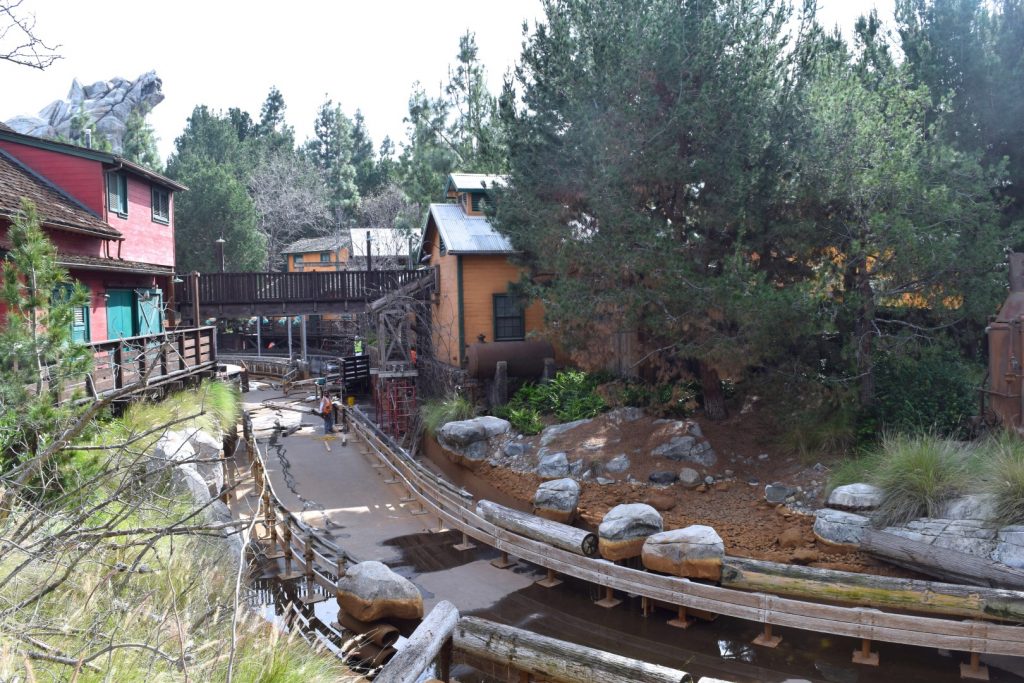 Including the main drop and the turn that passes over the splash down! This is still my favorite rapids ride around, so I’m looking forward to riding it again soon! 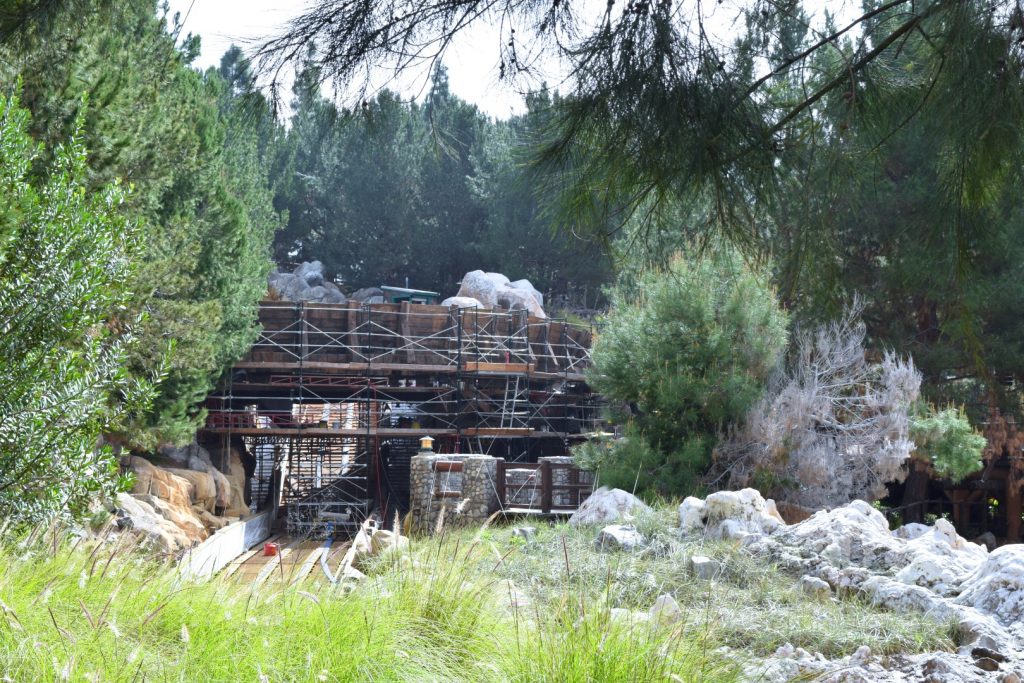 Across the midway the Redwood Creek Challenge Trail was still closed during our visit but seems to have reopened after this update went live! 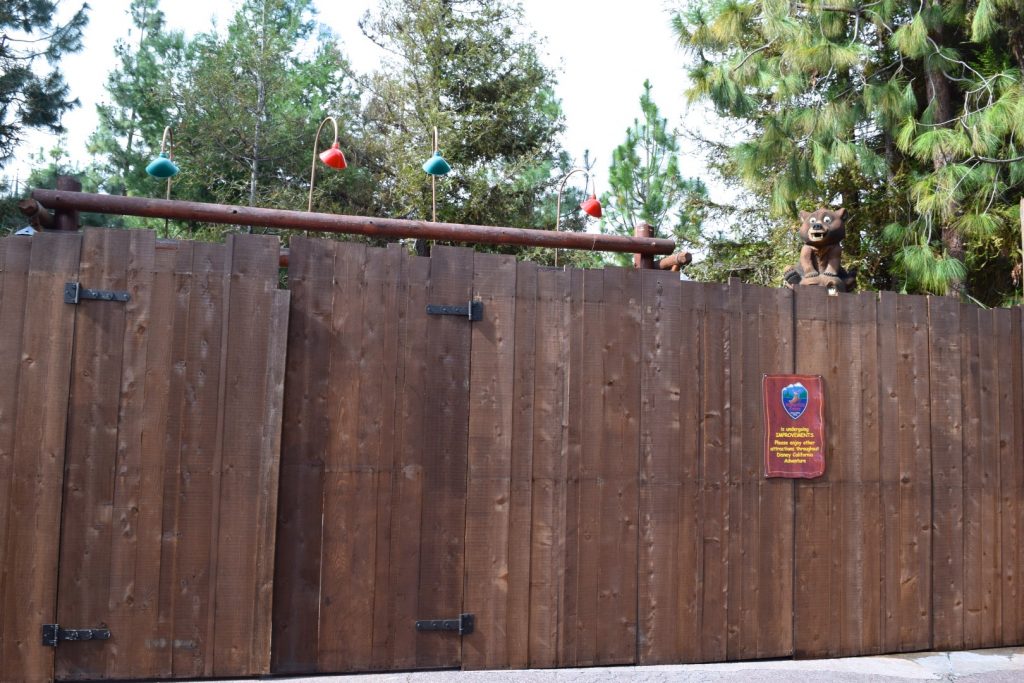 Still one of the best views for a coaster-nerd. Sadly Mickey’s Fun Wheel is currently closed for annual refurbishment as well. 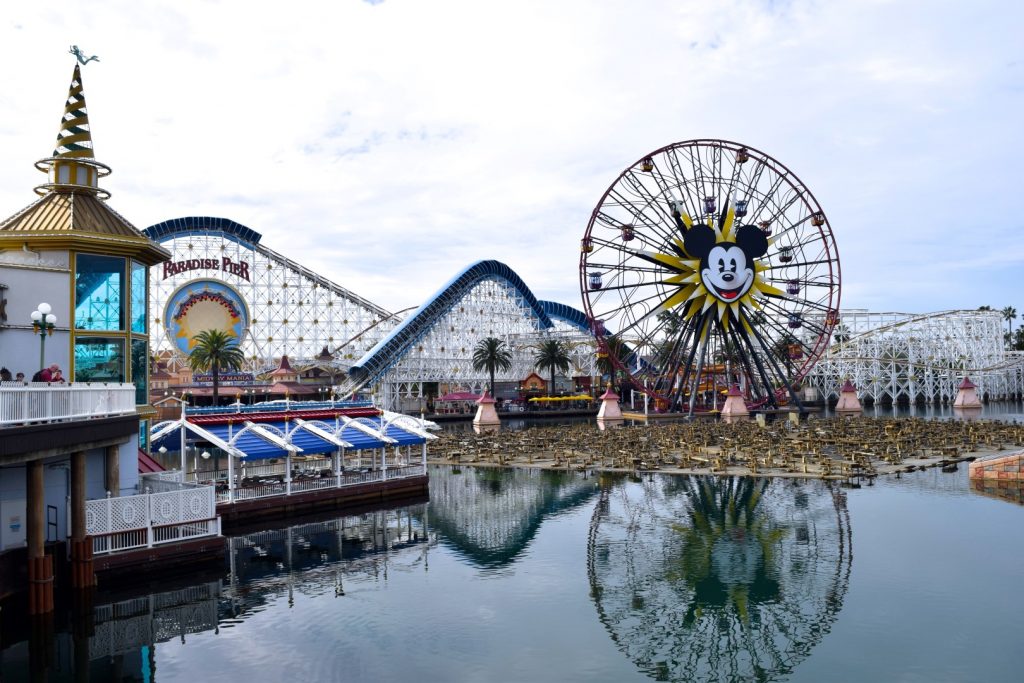 Let’s quickly hop over to the Disneyland Park! Where the crowds were crazy for an off-season weekday. Perhaps the refurbishment of major attractions such as Matterhorn and Pirates of the Caribbean as well as the many temporary closures of Big Thunder Mountain and Space Mountain were to blame for everyone being out on the midways? 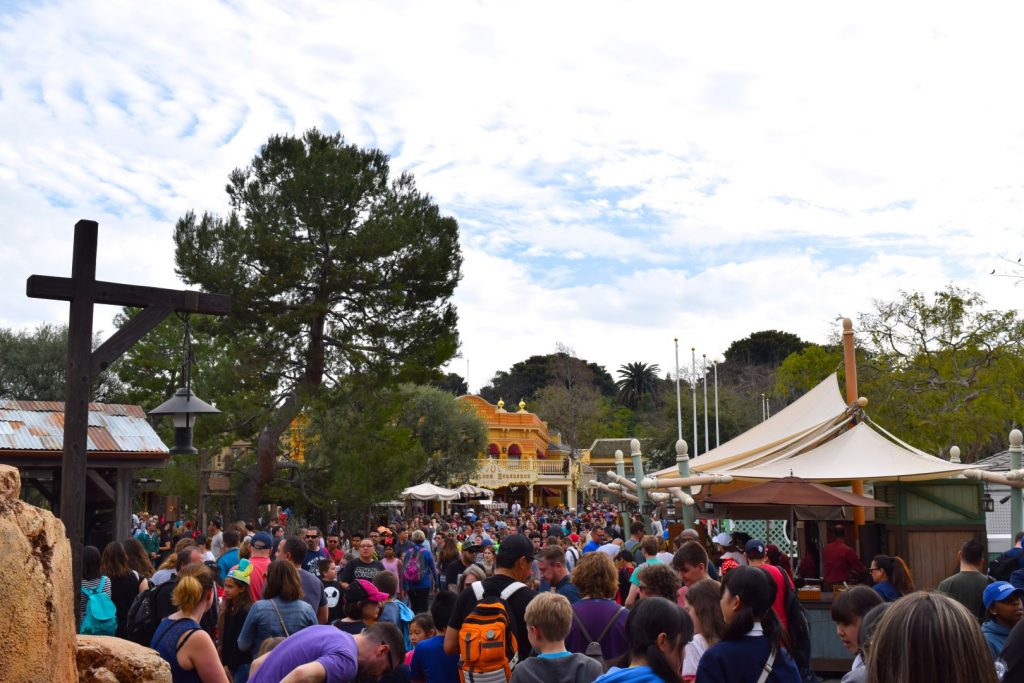 Speaking of the Matterhorn refurbishment, on all sides of the mountain there’s some type of construction/ refurbishing going on. This happens once every year. It seems to be closed for a longer period this year, but that is very likely due to the fact that Matterhorn will be receiving Fast Pass this year, along with the launch of MaxPass. 🙂 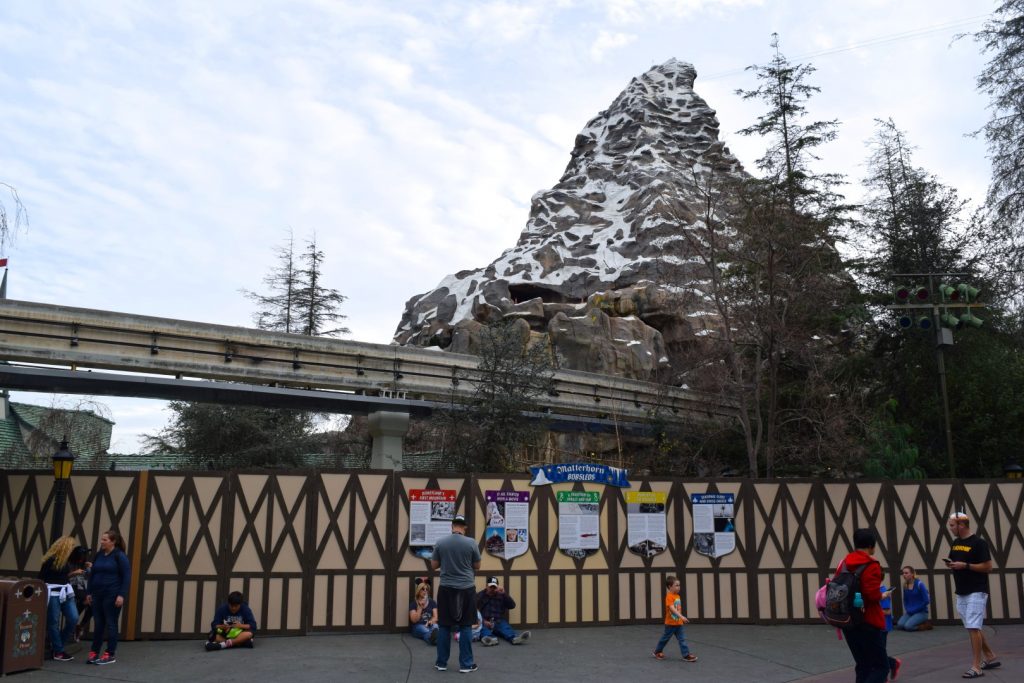 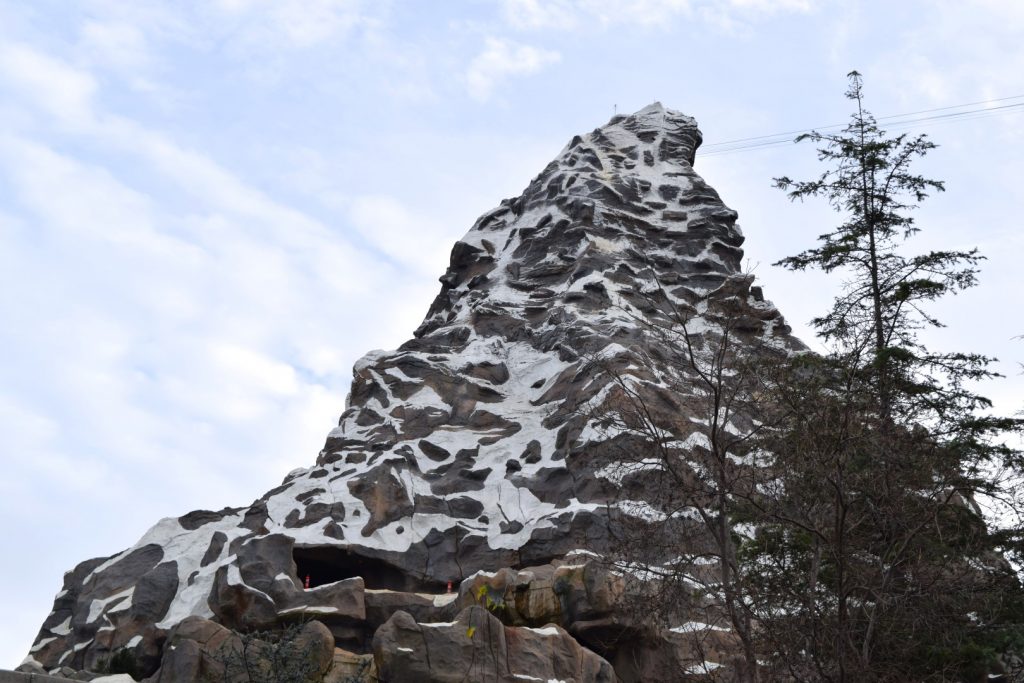 Rivers of America, along with Tom Sawyer Island, and the Disneyland Railroad will reopen later this year, and a lot of construction walls have disappeared from the island recently. 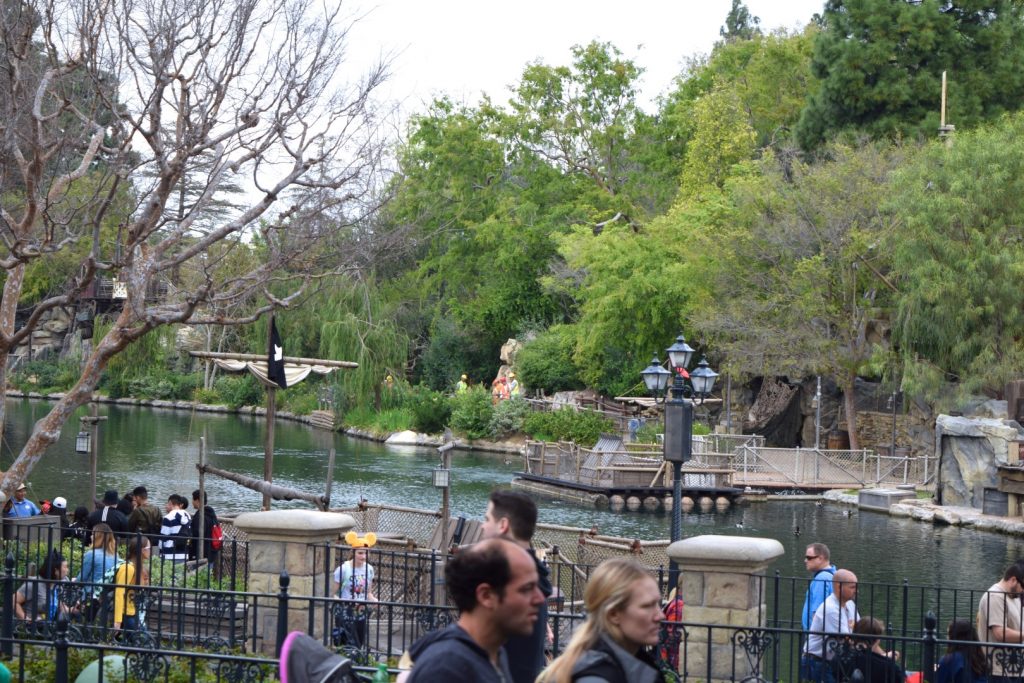 It’s been a while since the Island looked this nice. Sadly that also means Fantasmic! is soon returning, which I’m personally not the biggest fan of, due to the insane traffic cluster and mess it creates nightly. *sigh*. 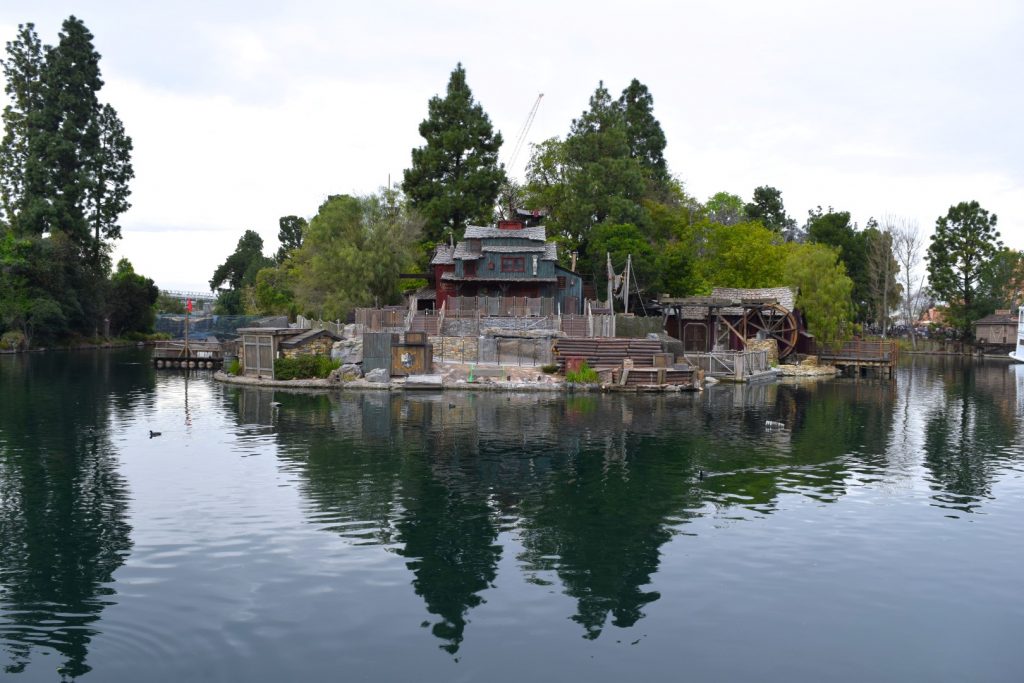 Without even closing, Big Thunder Mountain Railroad received a little upgrade! Can you spot it in the picture below? 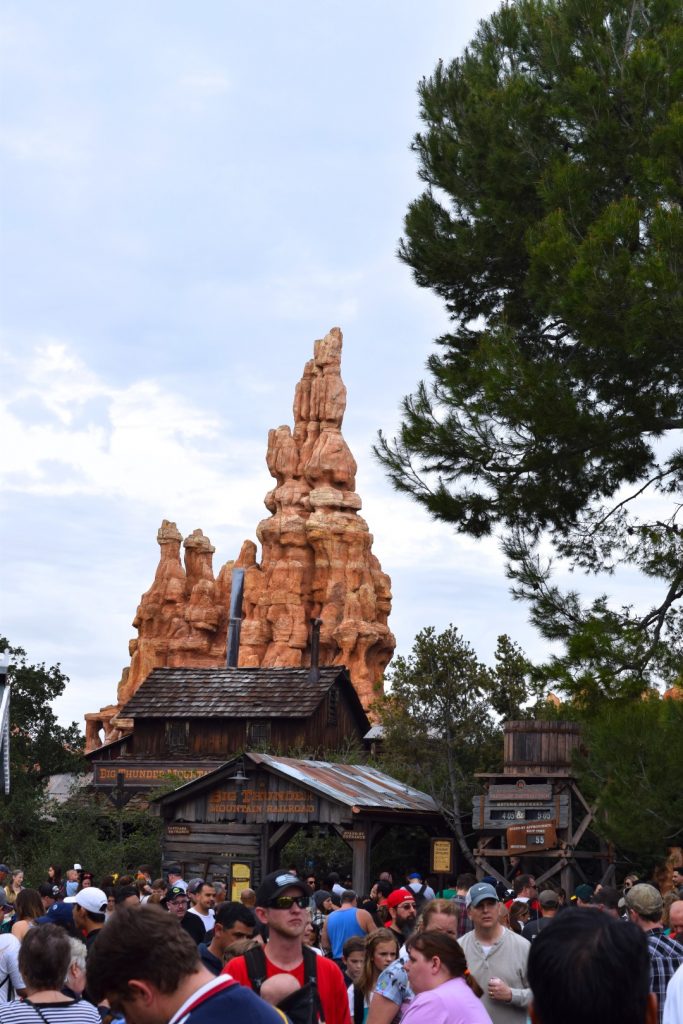 IT’S A NEW ENTRANCE! With a FastPass line off to the left where Fast Pass will enter from now on, and the regular stand-by line enters on the right! It looks really nice actually, but I have no clue why they added this entrance after all these years. 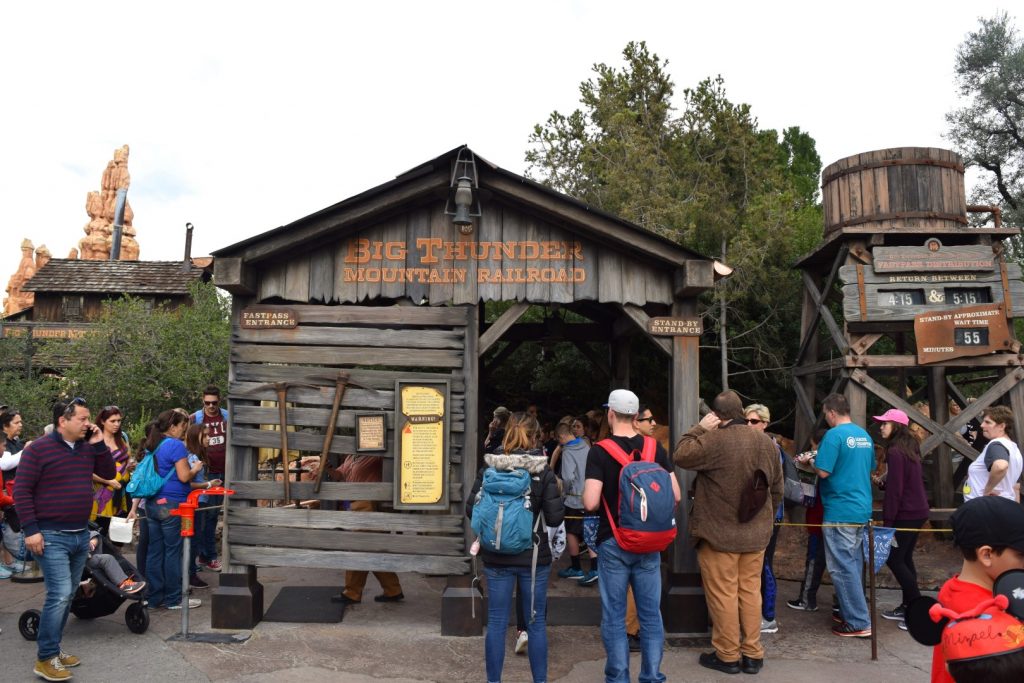 Since it was still Disney AP days, we decided to hang out in the Starcade for a little bit as well. 😛 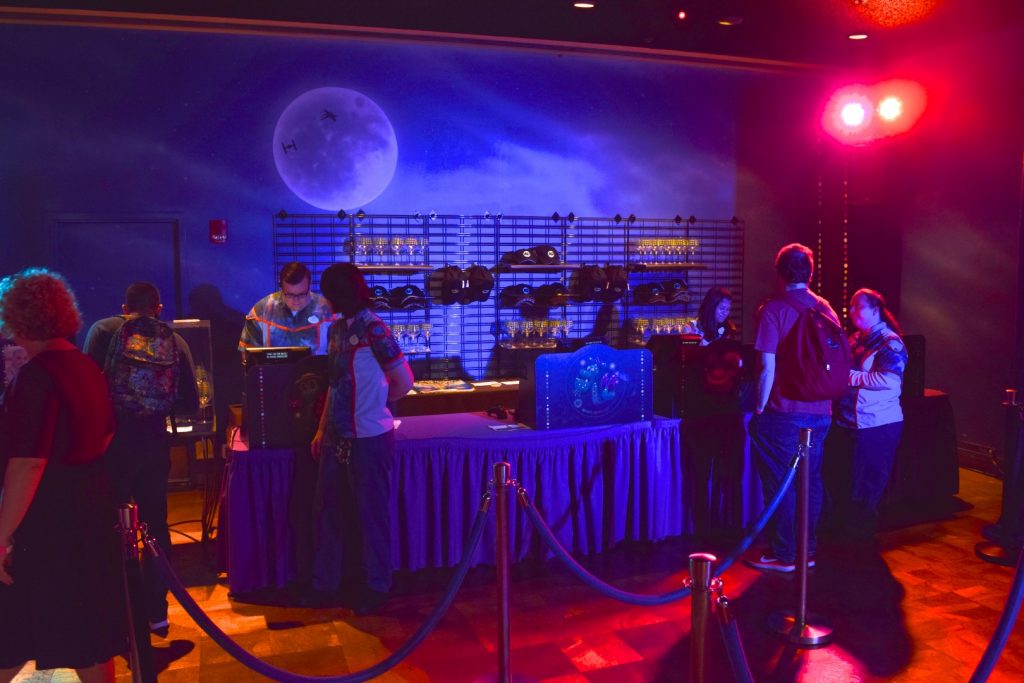 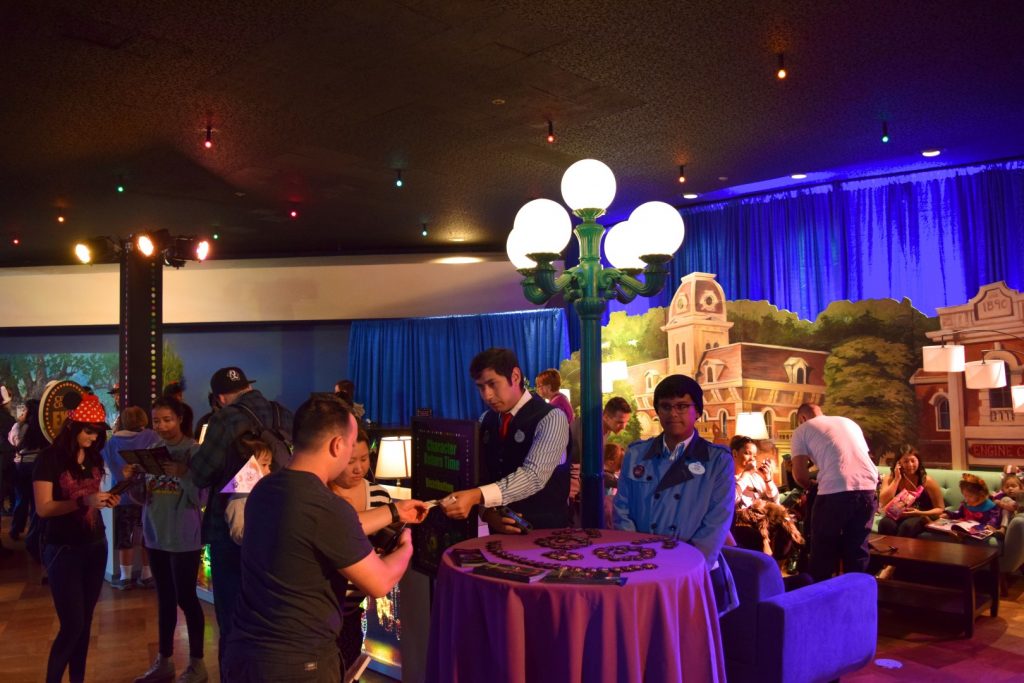 INCLUDING ACCESS TO CLASSIC STARCADE GAMES! Which is seriously the perfect thing to end this quick update with! 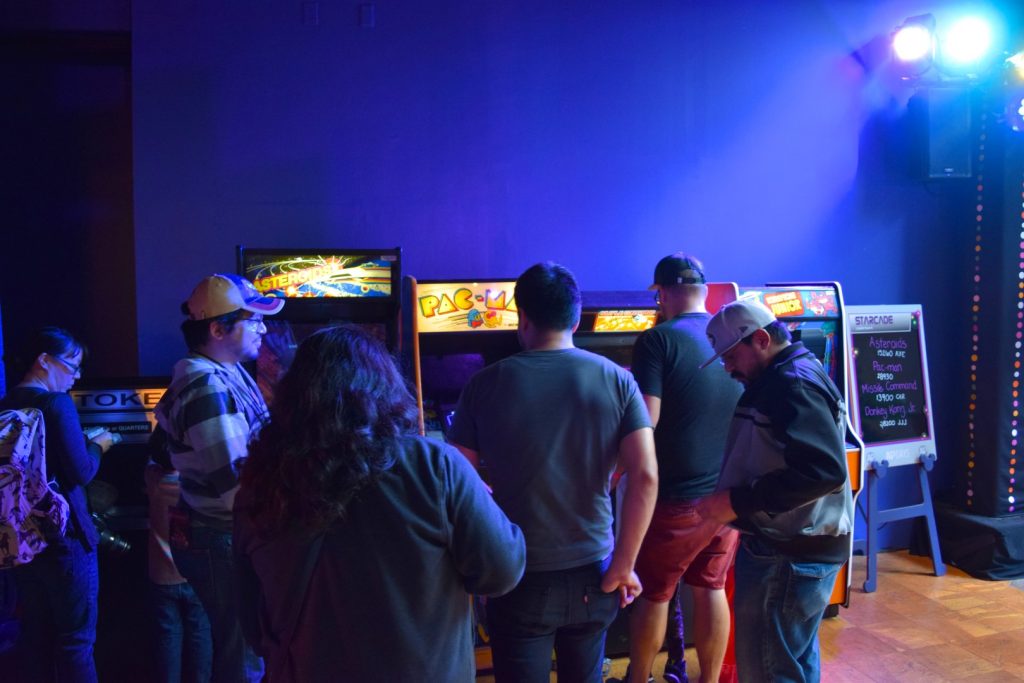 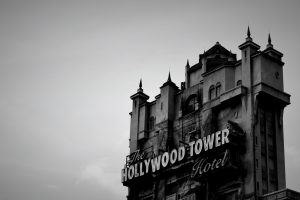 Thanks for checking out this quick Disneyland Resort Update! Our newest team member, Alex, has been to all Disney Resorts around the world! Read our immensely popular Worldwide Walt Disney Attractions TOP 20!

Also check out SeaWorld San Diego’s largest new attraction roll-out in the history of the park!