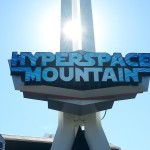 Well we’re back at Disneyland after a small hiatus, but don’t worry there’s plenty to update on! First week for Season of the Force and the Holidays at the Disneyland Resort combined with the never-ending Diamond Celebration equals a recipe for a sight to behold! Nonetheless we’ll get to our update of the recent changes and review of the much anticipated Hyperspace Mountain. 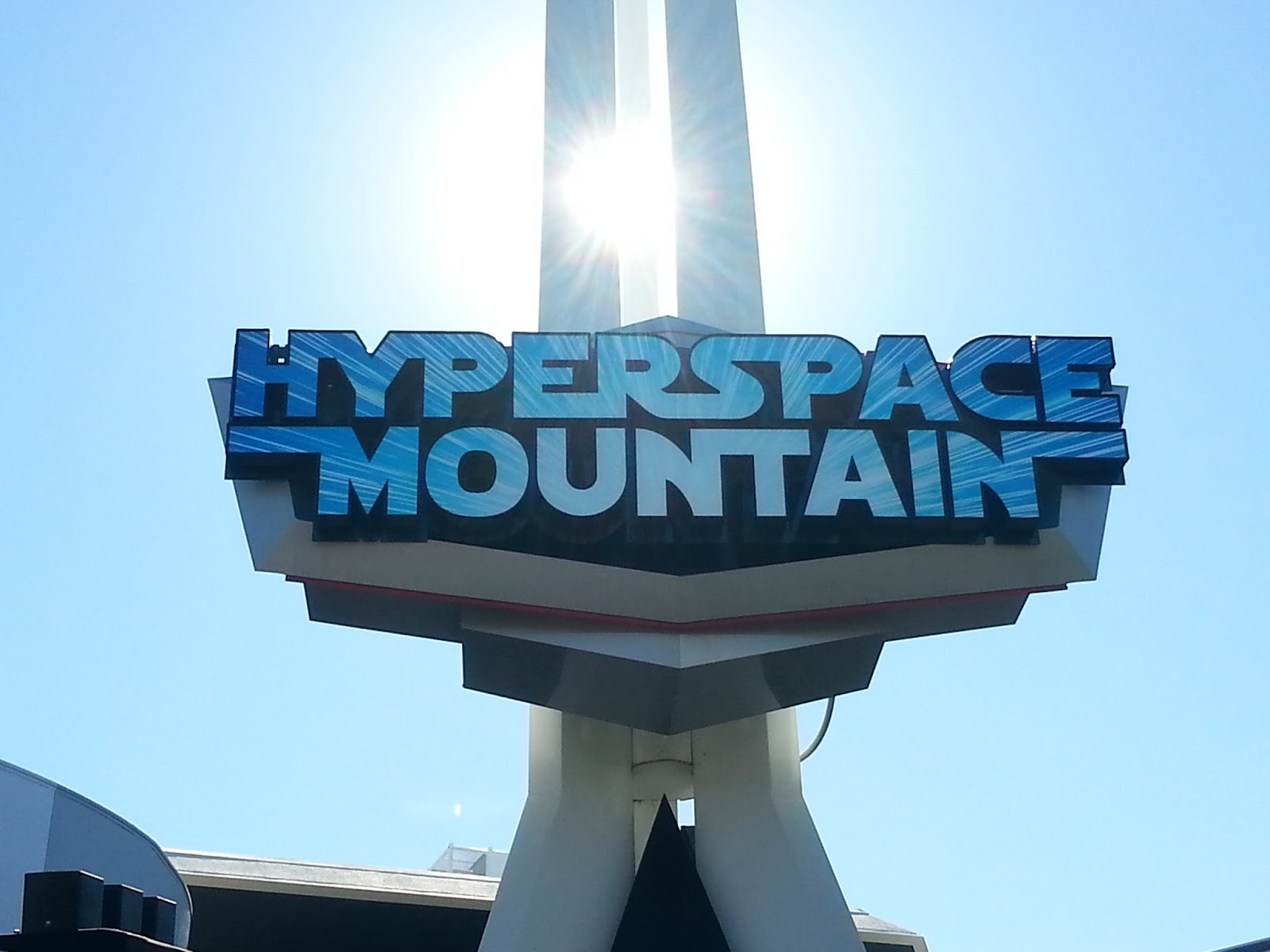 To start off, it was necessary to get to Disneyland early if one was to enjoy both the holidays and new Star Wars additions to the park. There was a mad rush for Hyperspace, after entering the park at 8:08 (nothing close to what happened for coaster enthusiasts running to Twisted Colossus over the summer, yet still a rush nonetheless), the line was already 45 minutes just eight minutes after park opening!! Well, to be honest, the line was only 25 minutes. The fastpass line; however, formed a line similar to the one Radiator Springs Racers had after it immediately opened. The line was sooo long that it went past Pizza Port and caused a lot of confusion about which line to enter as well as unnecessary foot traffic. For the first few hours crowds were still not as heavy since Star Wars Launch Bay and Super Hero HQ didn’t open until 10. Speaking of the former Innoventions building… 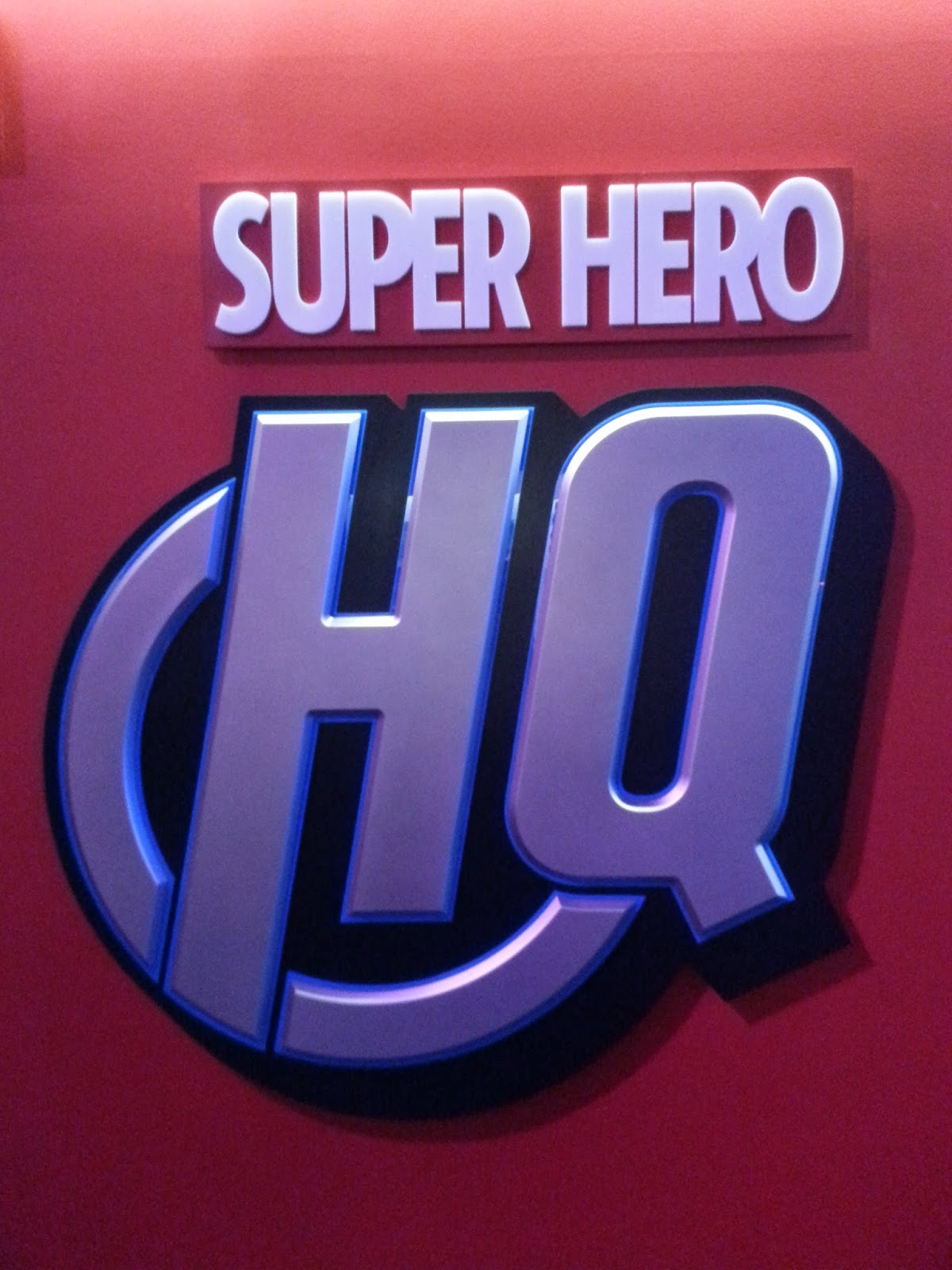 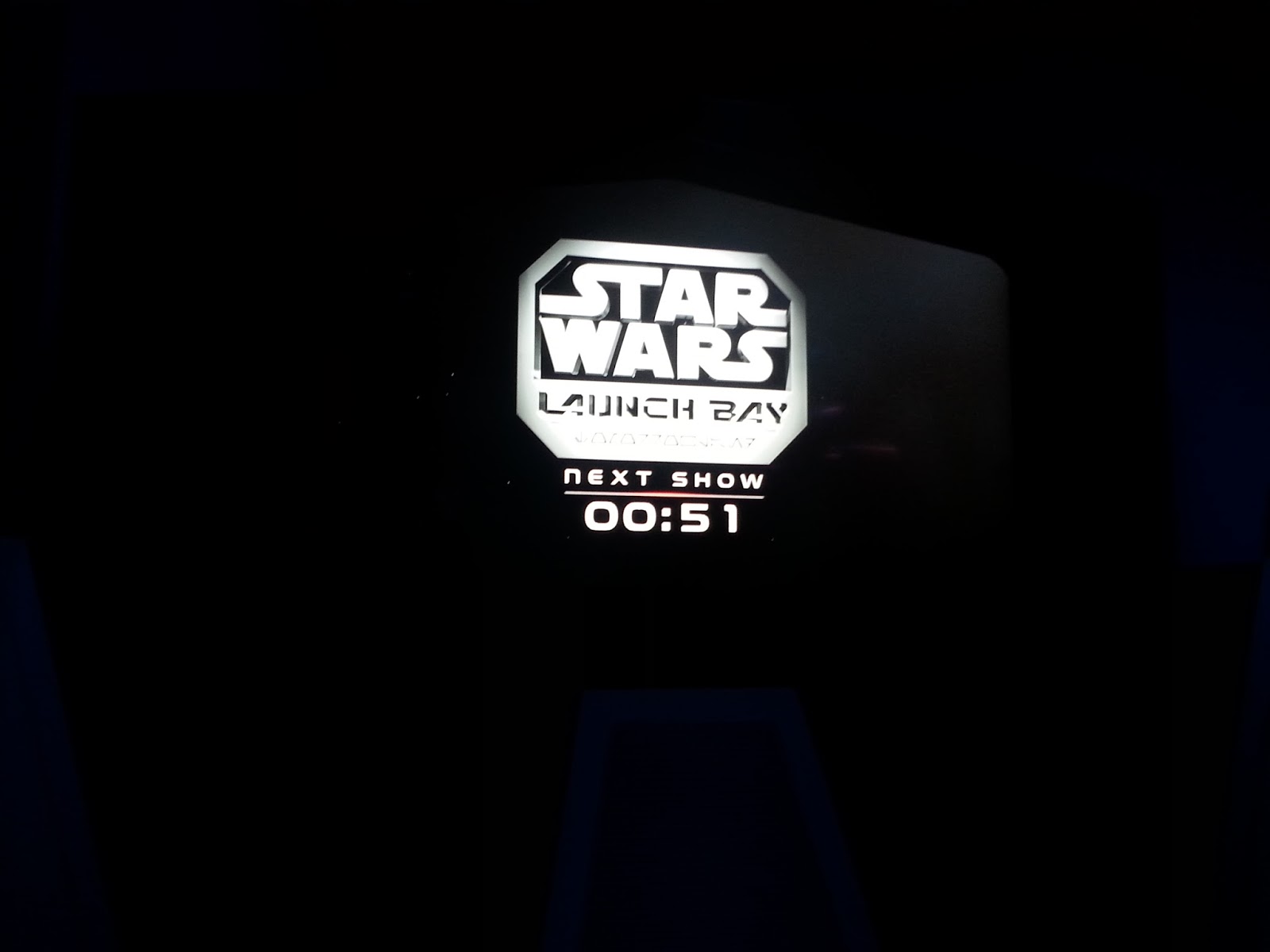 One could sort of choose their own path with Star Wars Launch Bay on the bottom level with the Super Hero HQ on the upper floor. There was an entrance to meet and greet the characters Darth Vader and Chewbacca or go straight into the building itself. Since the meet and greet for the Stars Wars characters was an hour, our “path” was to go into the building. Once inside, I was immersed with everything, antique and artifact, Star Wars. This included mini-replicas of TIE fighters, the Millennium Falcon, and material from the upcoming movie such as the character Rey. 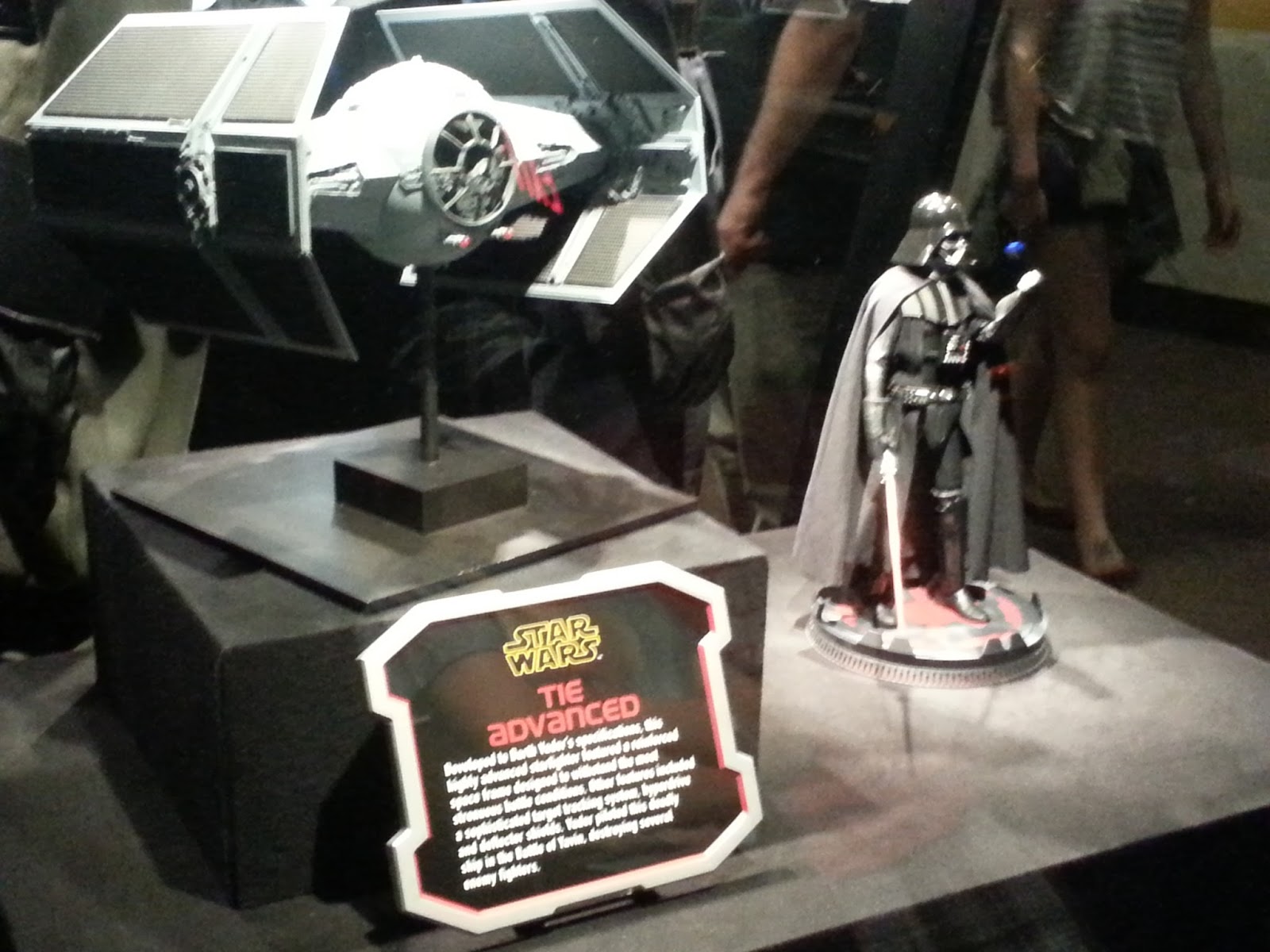 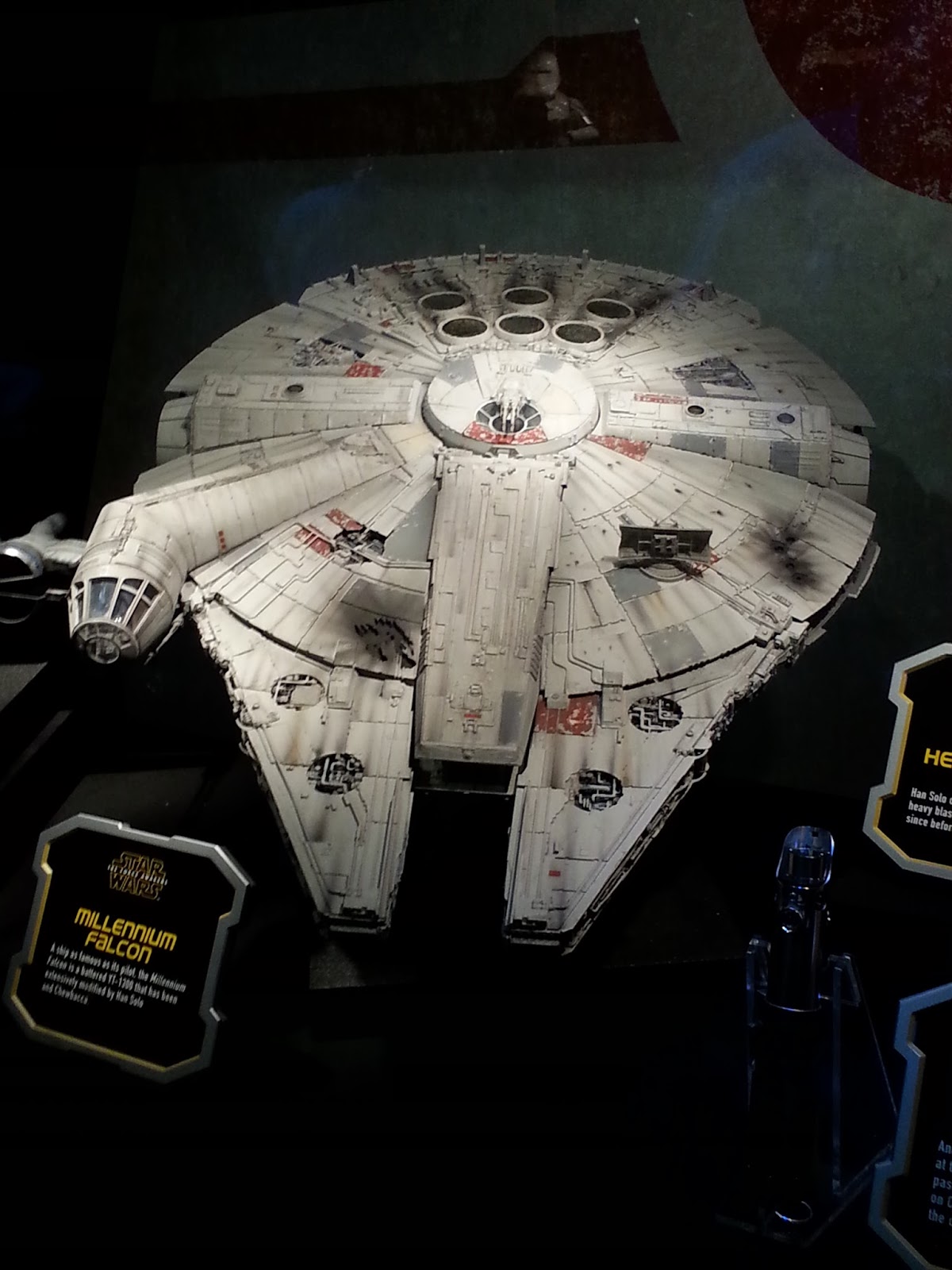 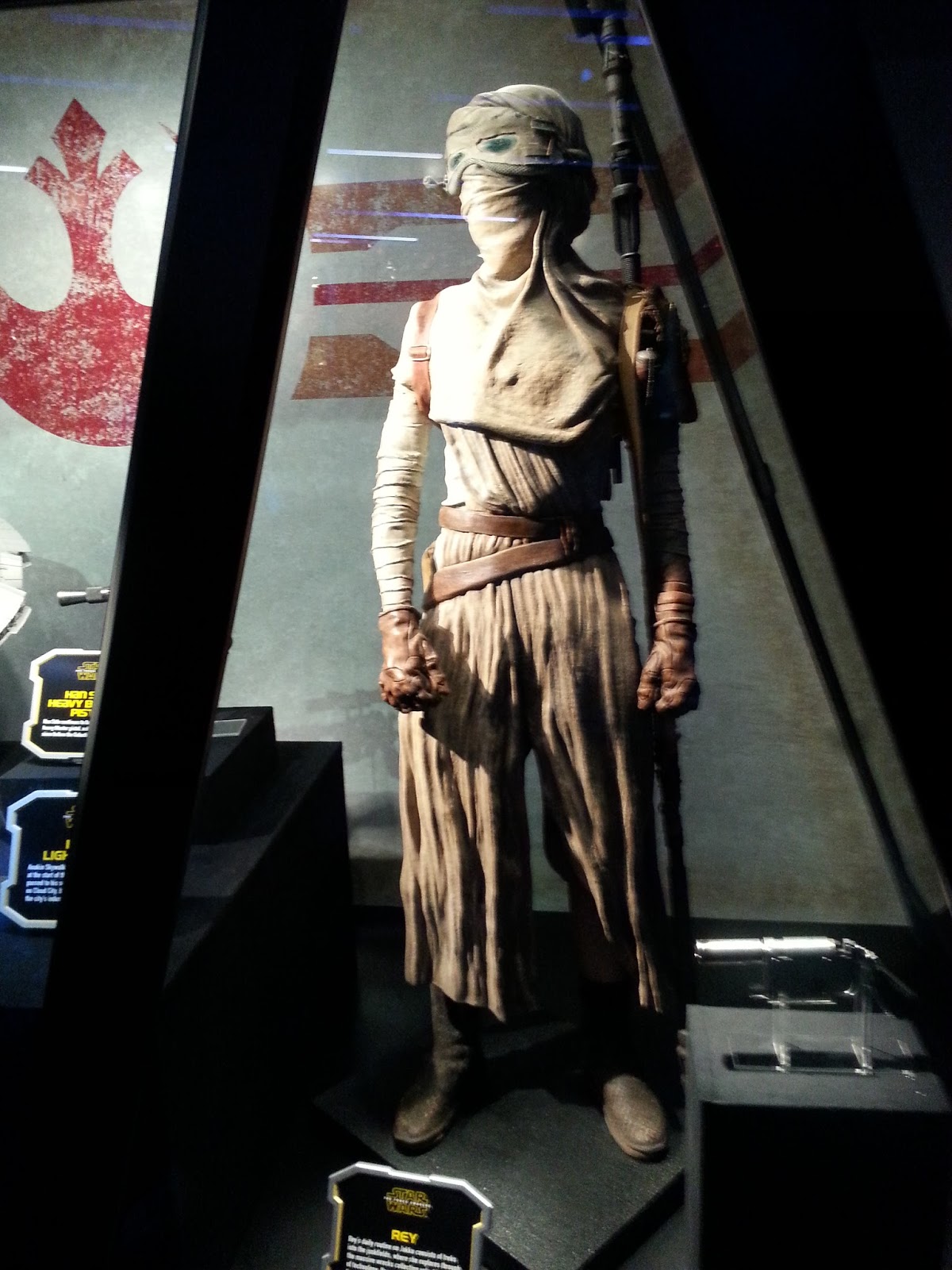 Also inside the Launch Bay was a mini documentary which included the directors and producers for the next two Star Wars film about the inspiration behind the original Star Wars films.

The Launch Bay incorporated more collectibles and information for the movies within the lines for the meet and greet characters. Sadly, the Cantina was closed so our calling was upstairs. Remember all those games that used to be in Innoventions? Yeah they’re all gone. Well most are gone except for the Disney Infinity series and Iron Man’s virtual version of trying on his armor. While the bottom floor was pretty dark, Super Hero HQ was lit up significantly more. With Iron Man’s Hall of Armor and a dedication to Thor, there seemed to lack a presence of Captain America (apparently he was on a mission…maybe to go find the Hulk aha!). The Vault held artifacts as well with the special meet and greet being Spiderman. 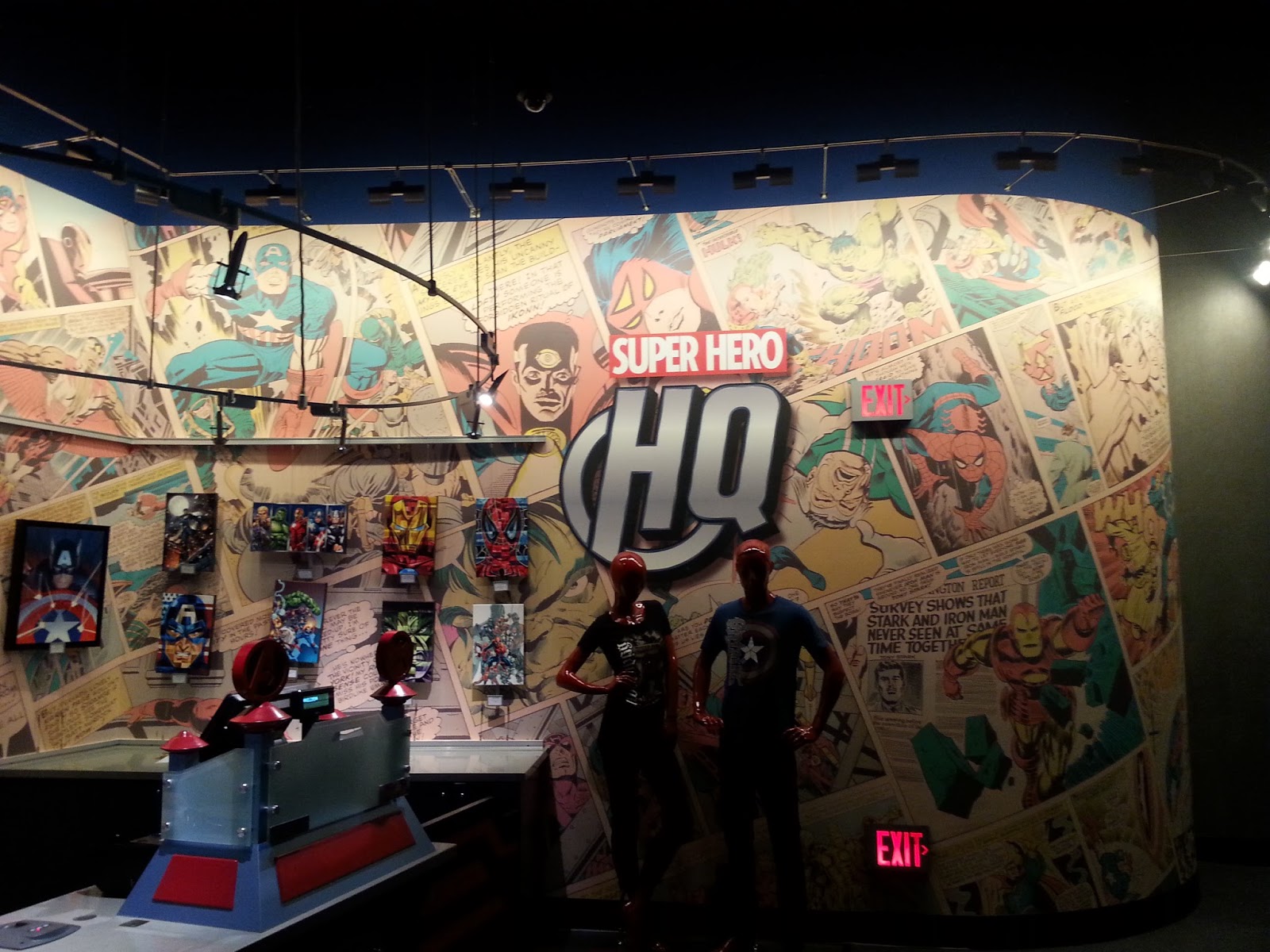 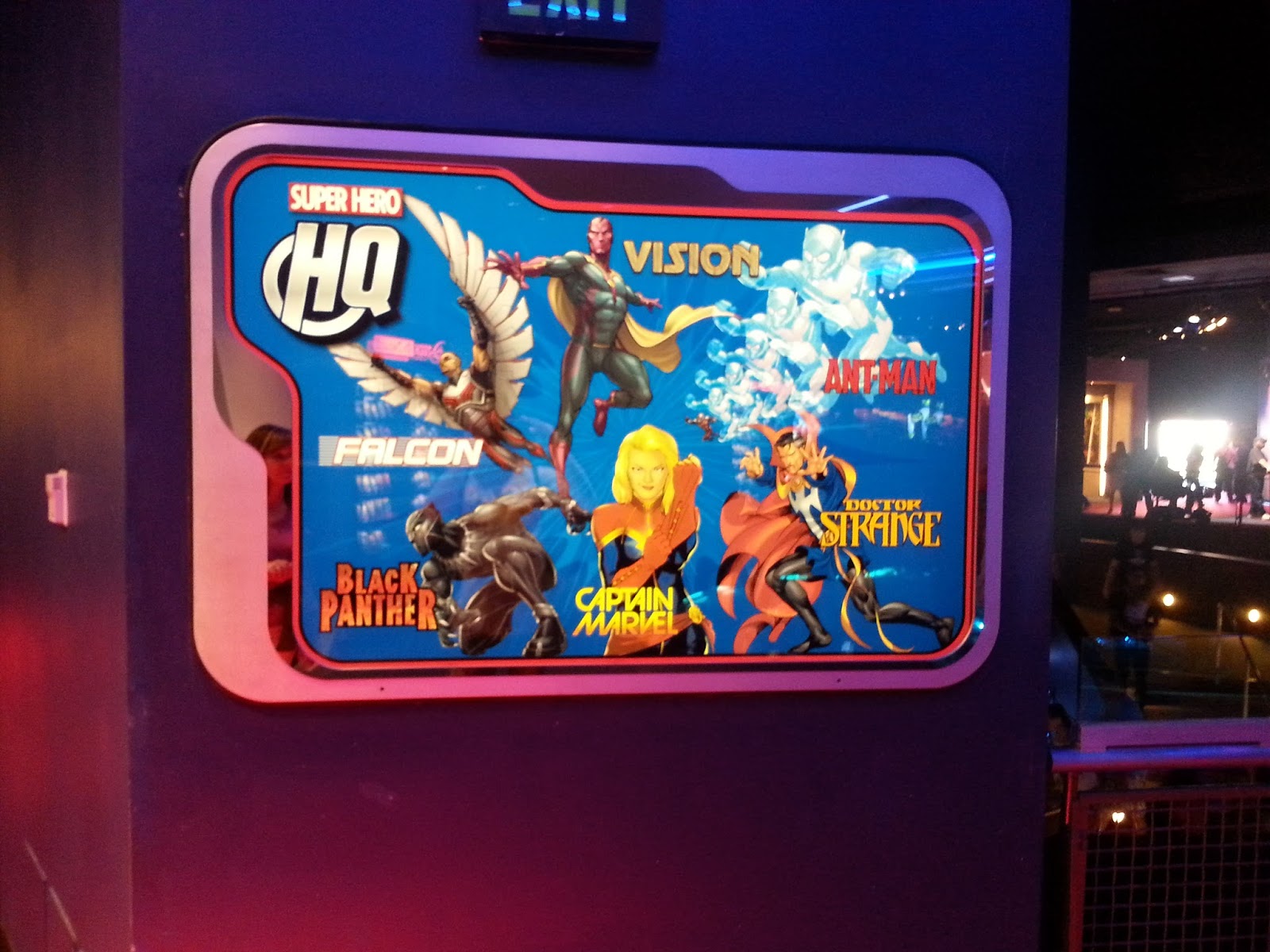 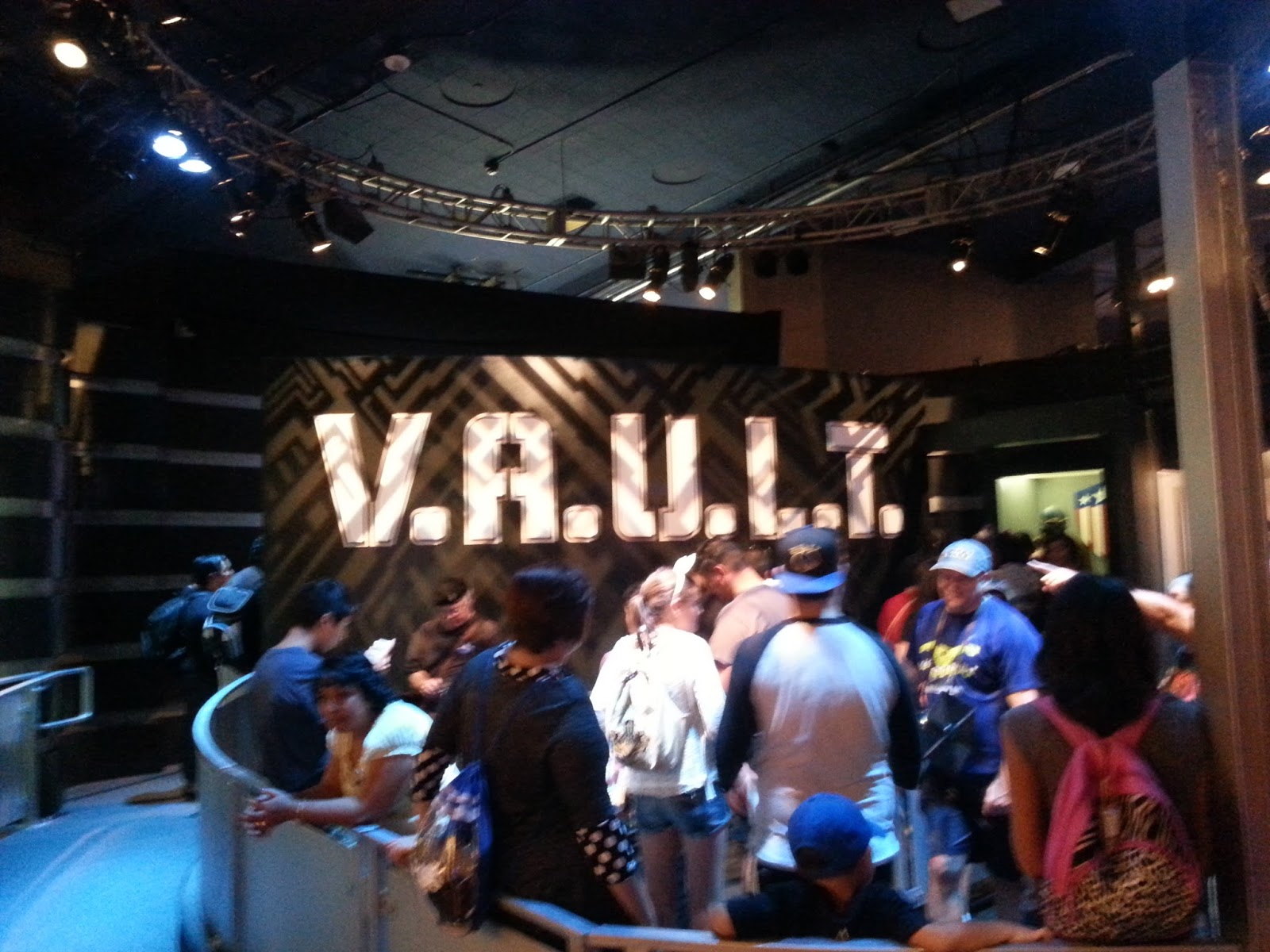 Overall, Disney did a nice renovation to Innoventions and this is definitely on the checklist for Season of the Force enthusiasts. Of course last weekend marked the beginning of the holiday season at the Disneyland Resort. The lights around the park are always spectacular and this year they did not disappoint especially with the annual transformation of Small World. 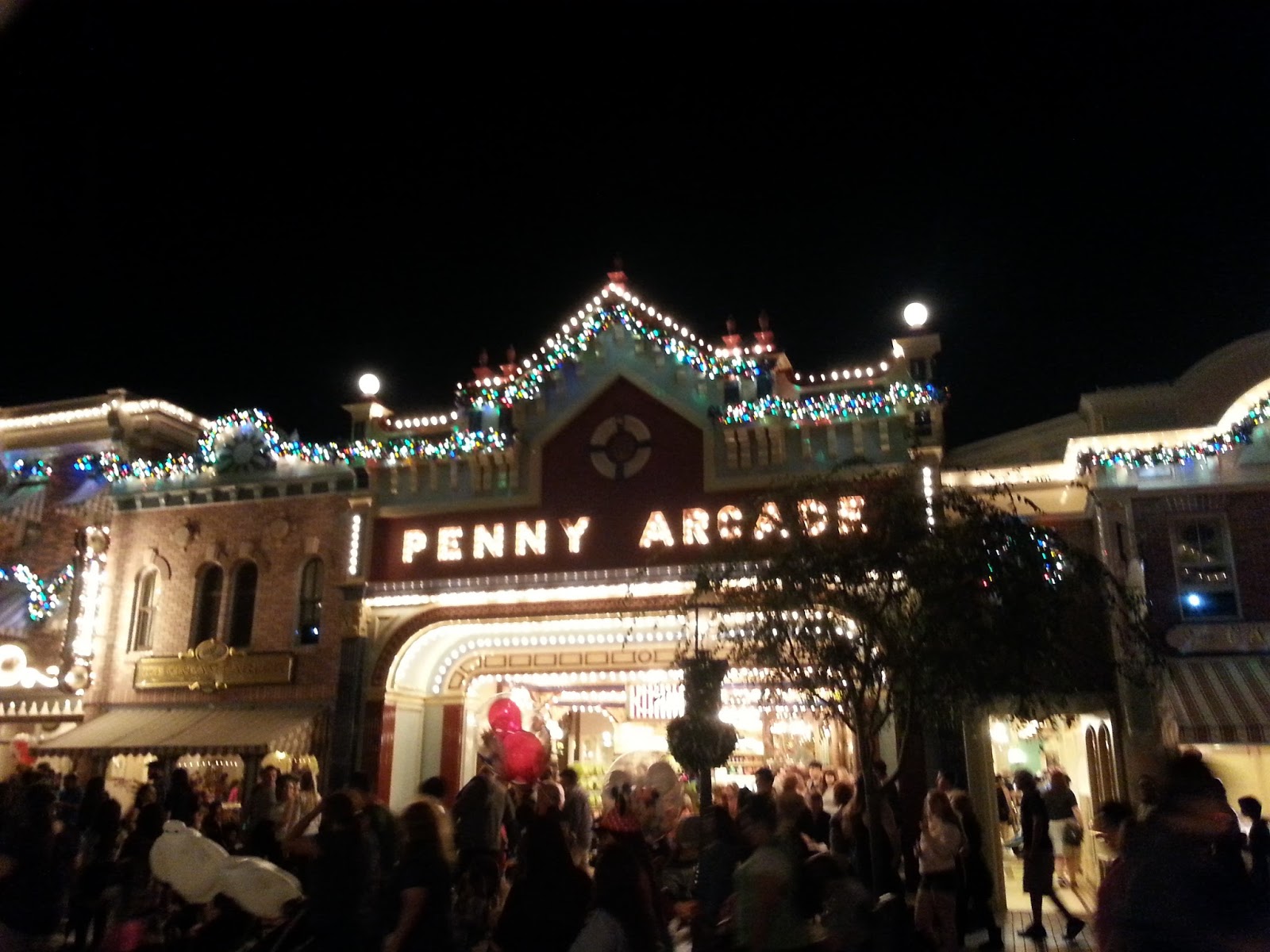 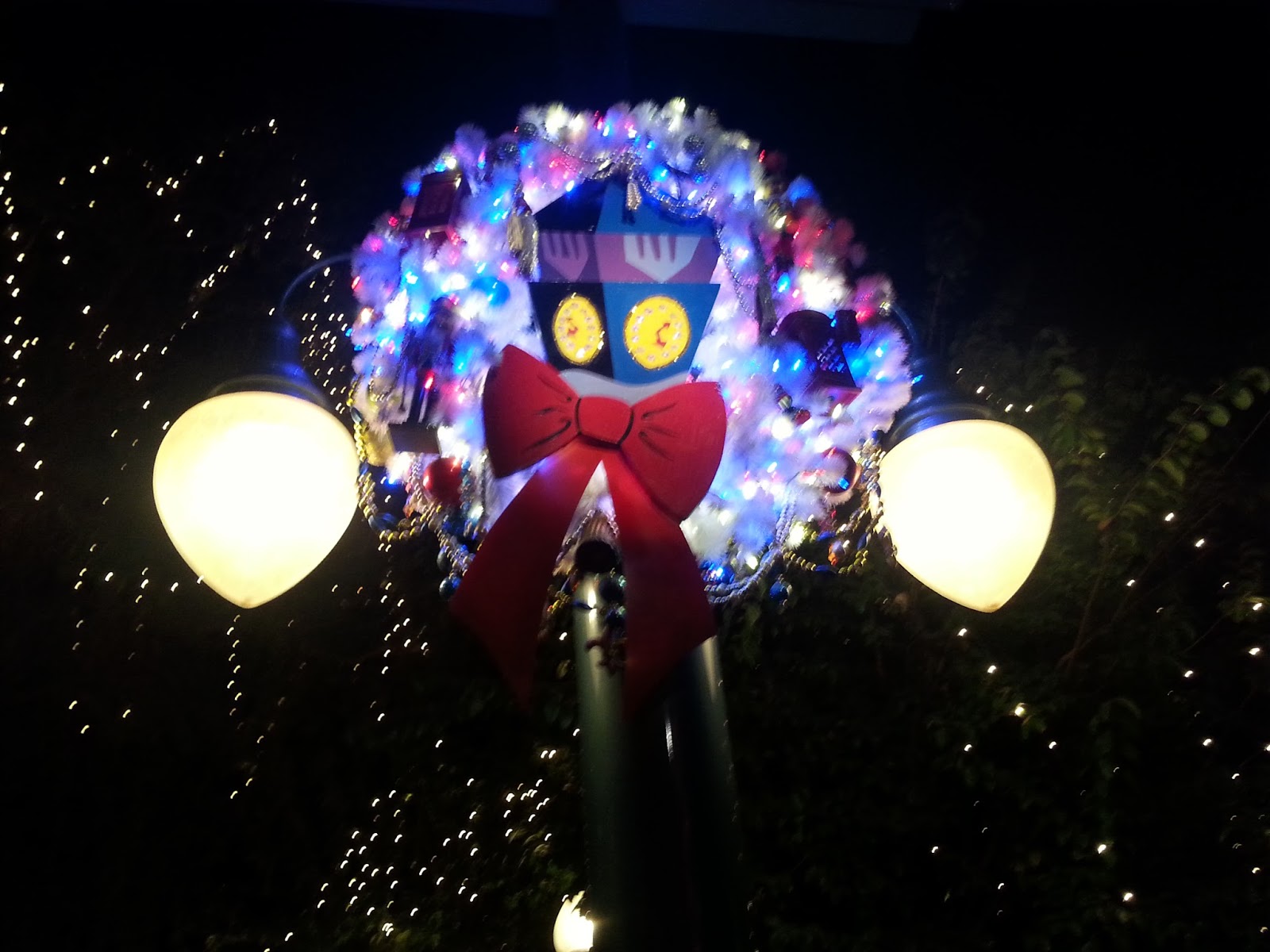 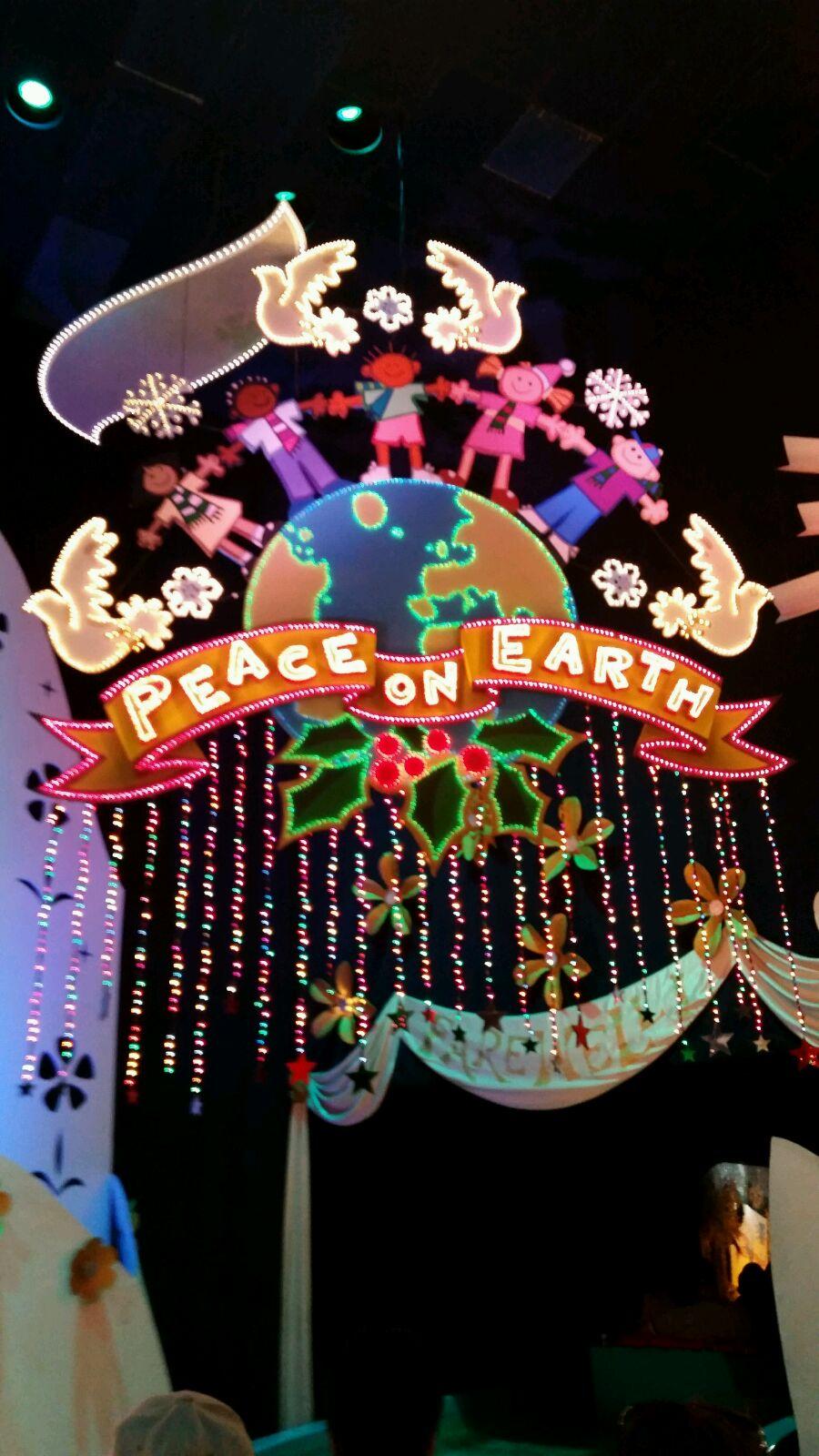 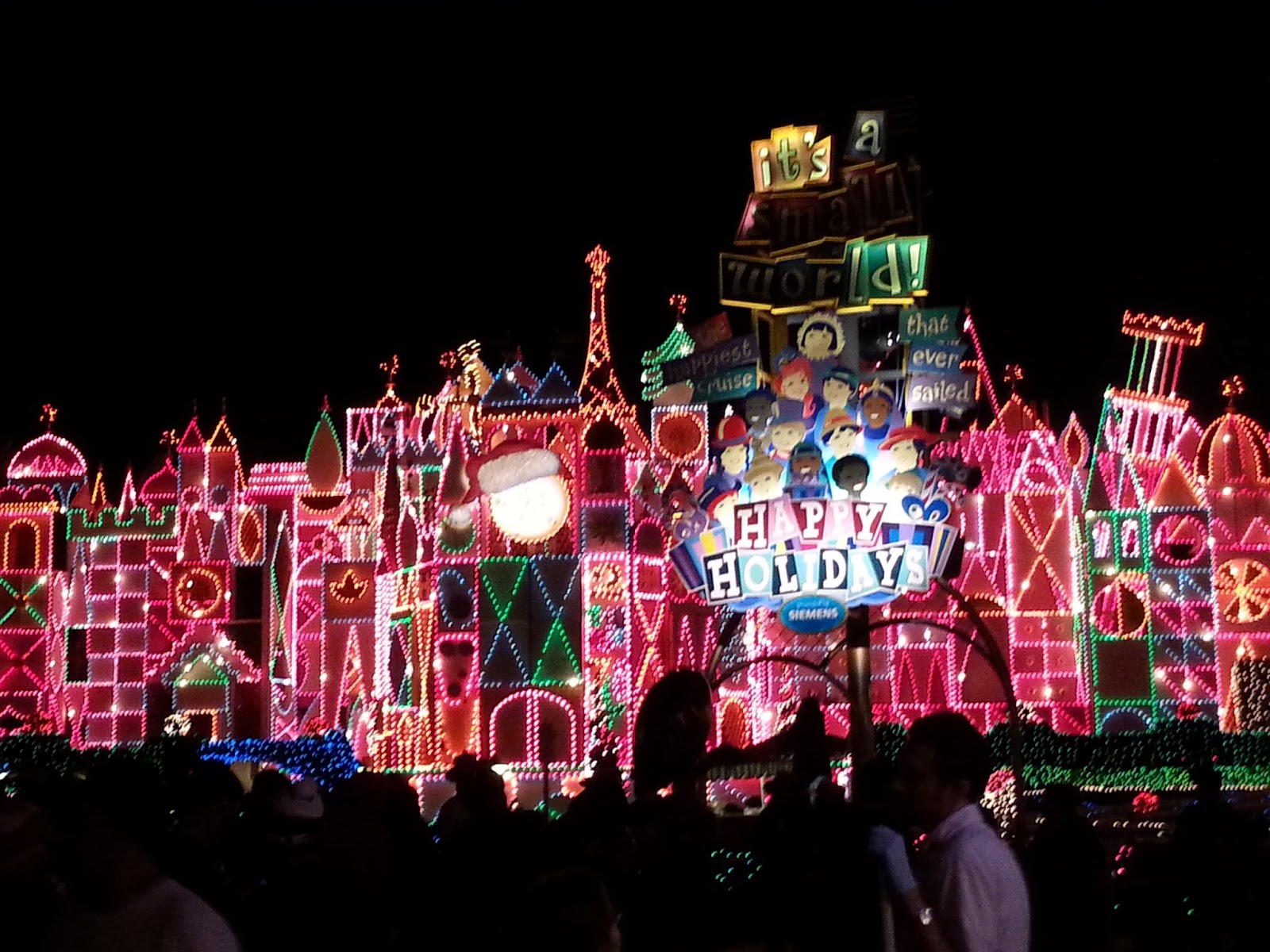 Don’t discount the Christmas tree that stands in the front of the park as well. Magnificent! Also, we caught a quick glimpse of the Christmas parade as well. 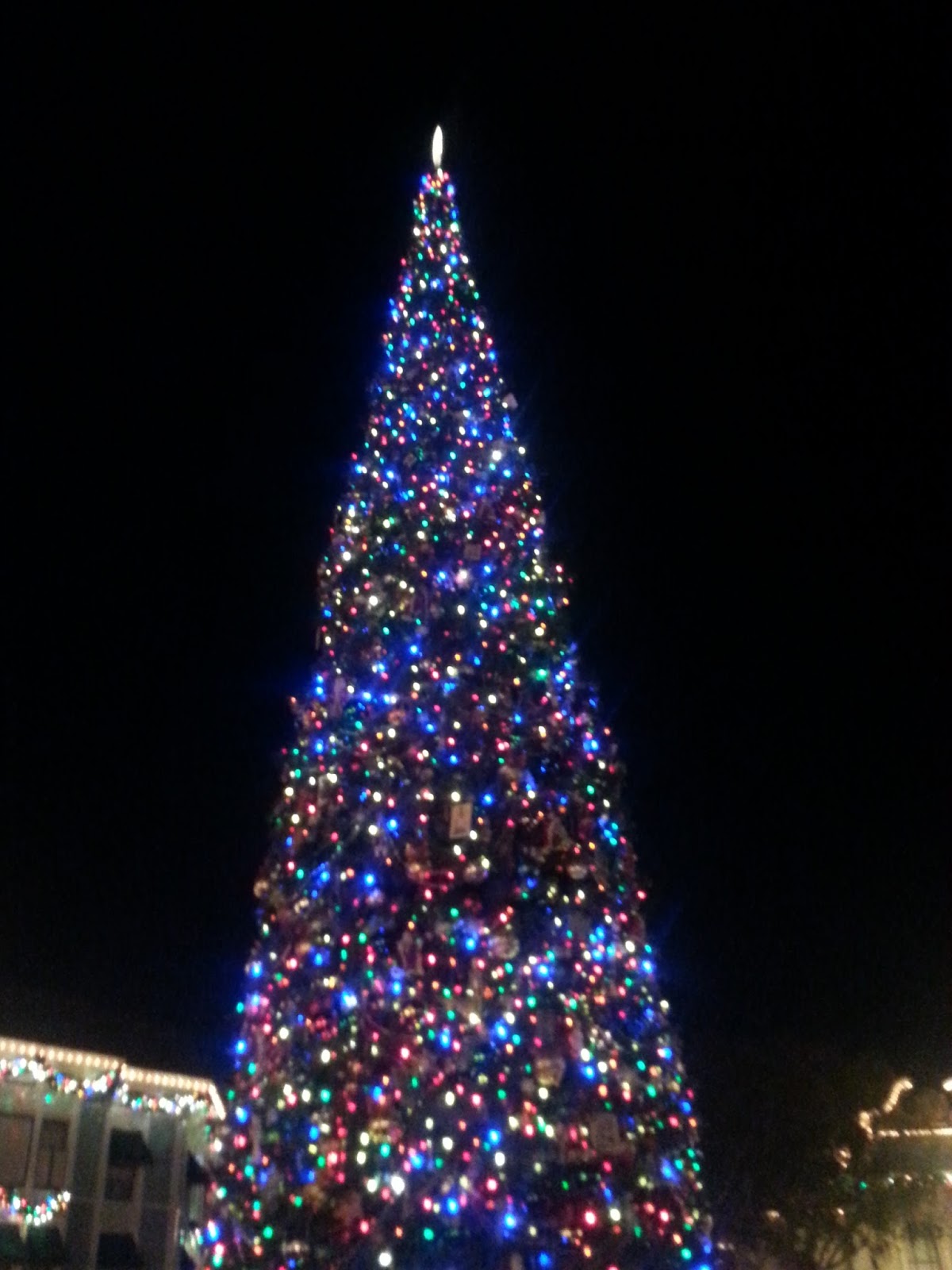 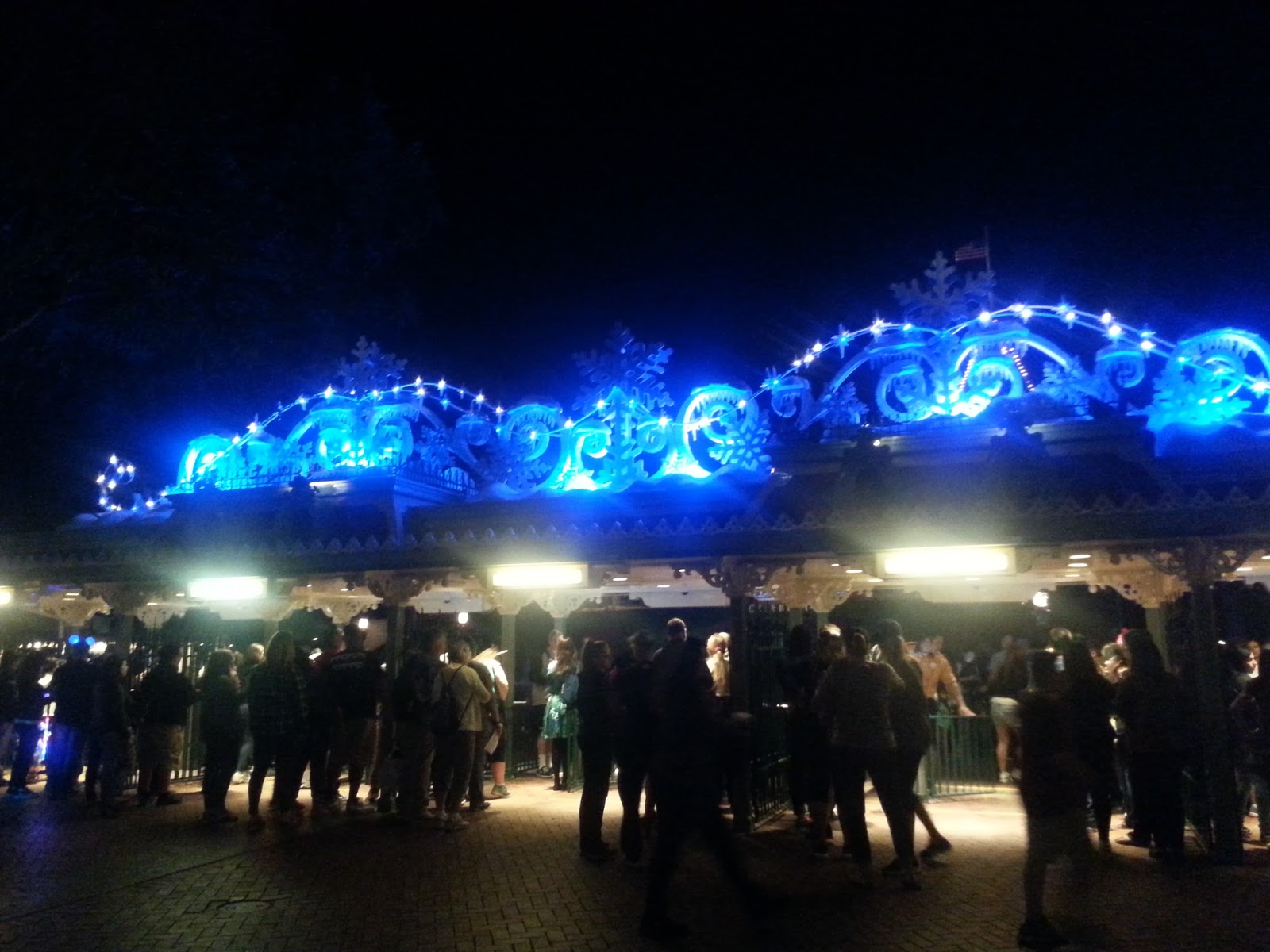 As the day wore on into night, the Season of the Force came to life. Flags were raised with one side raised for the Dark Side and the other side represented both former and new heroes from the new upcoming film. 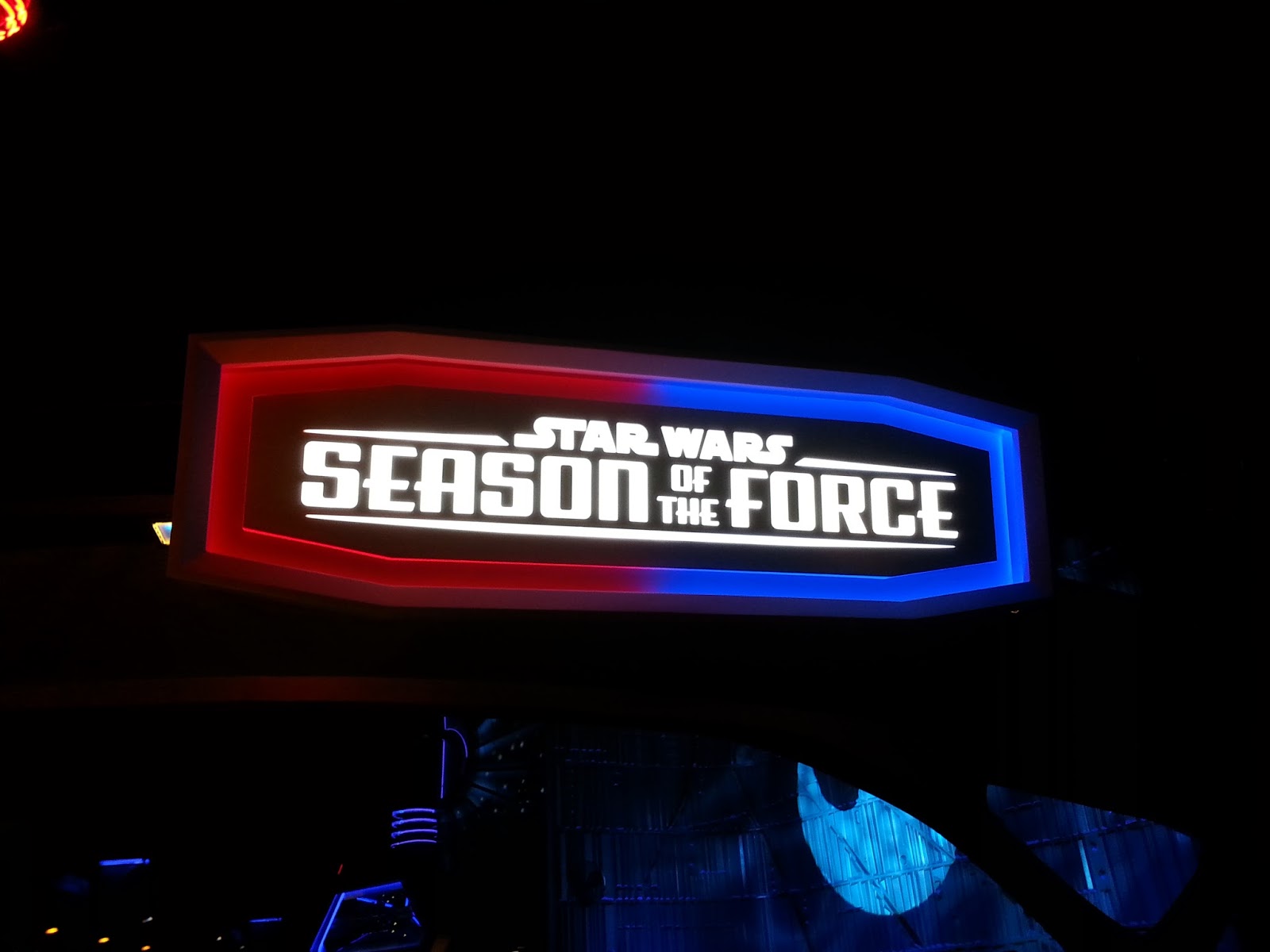 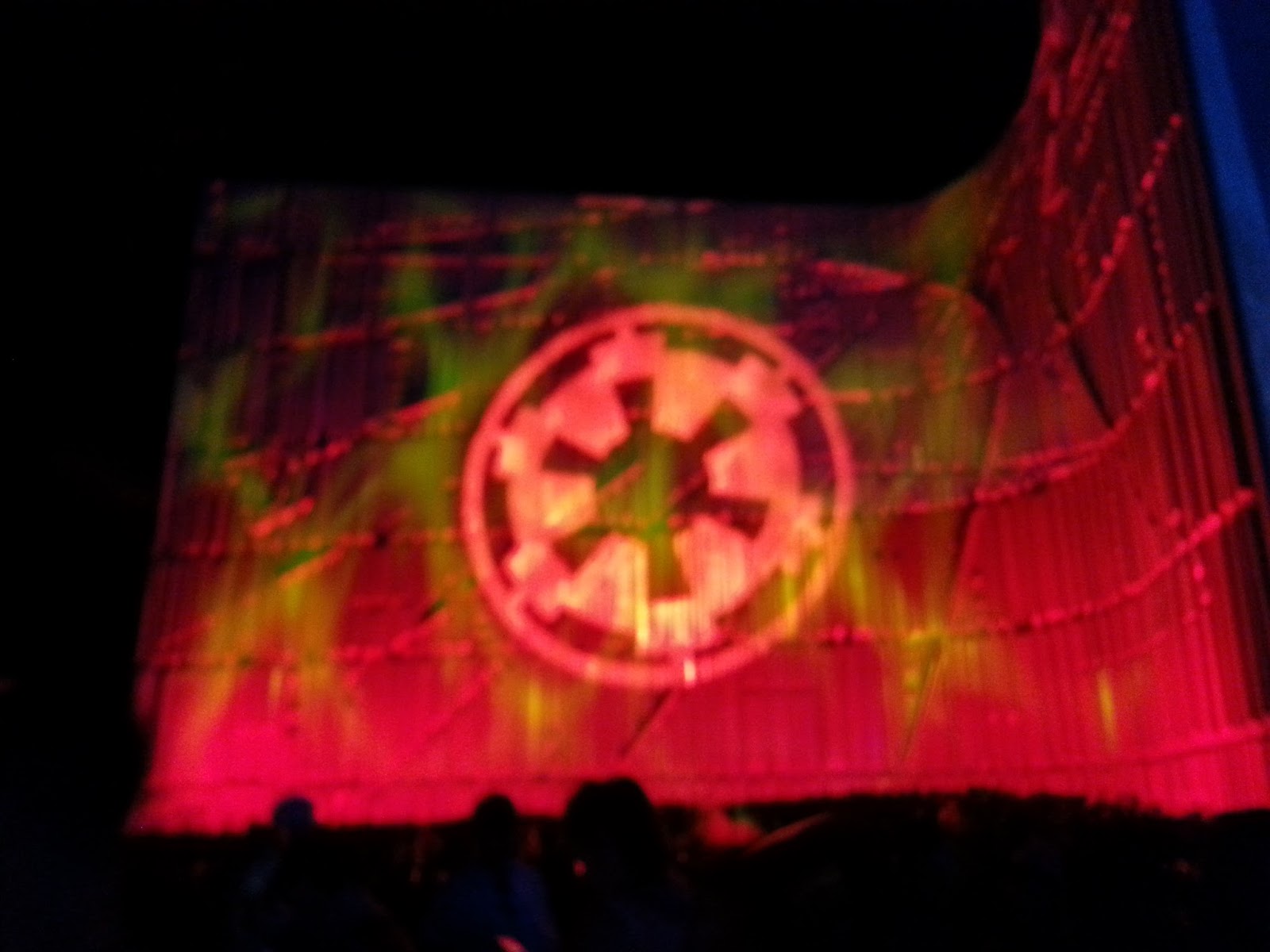 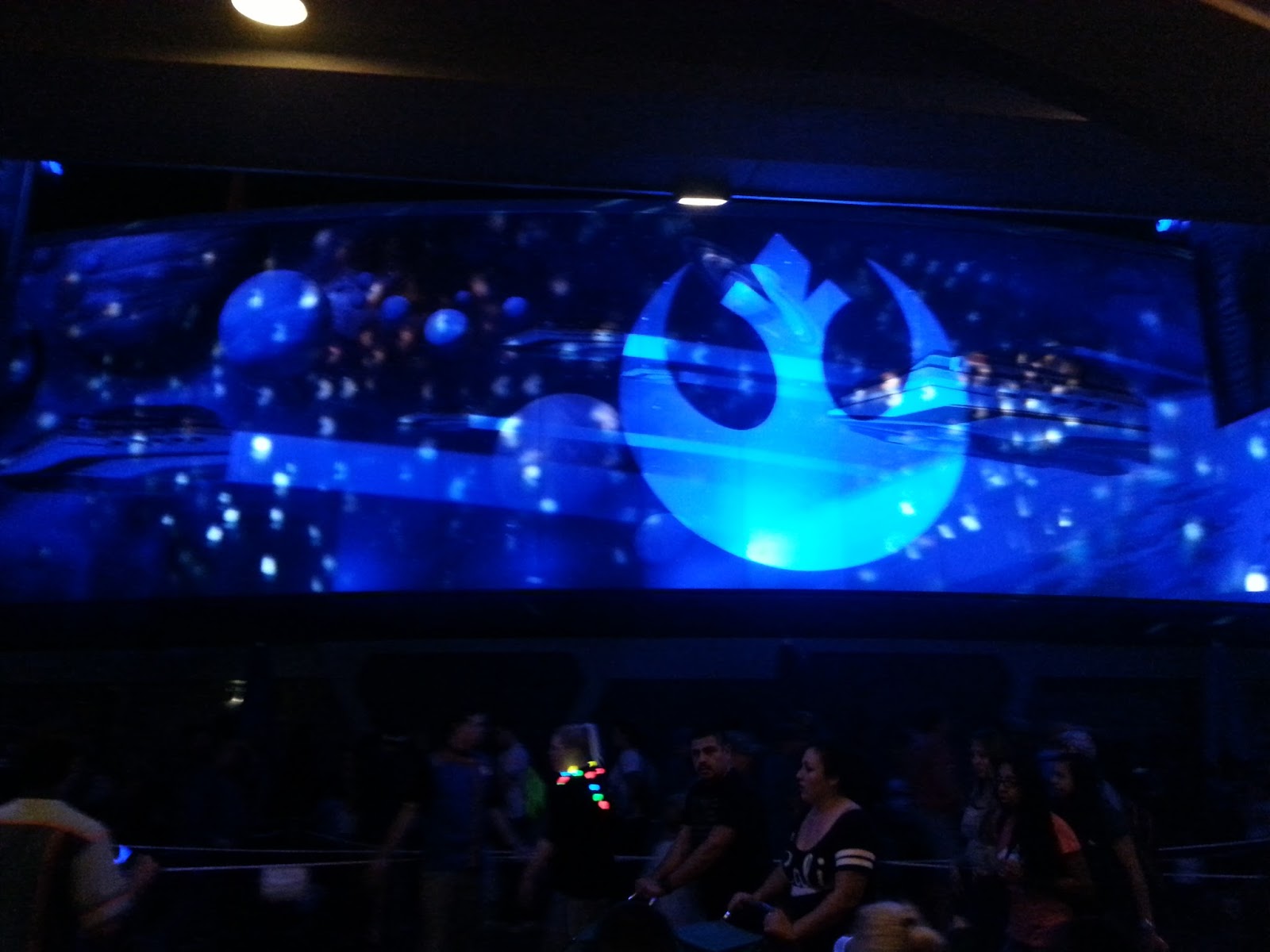 Even a couple of Stormtroopers came out to play. They even walked up to random individuals minding their own business and discussed the New Order with them. 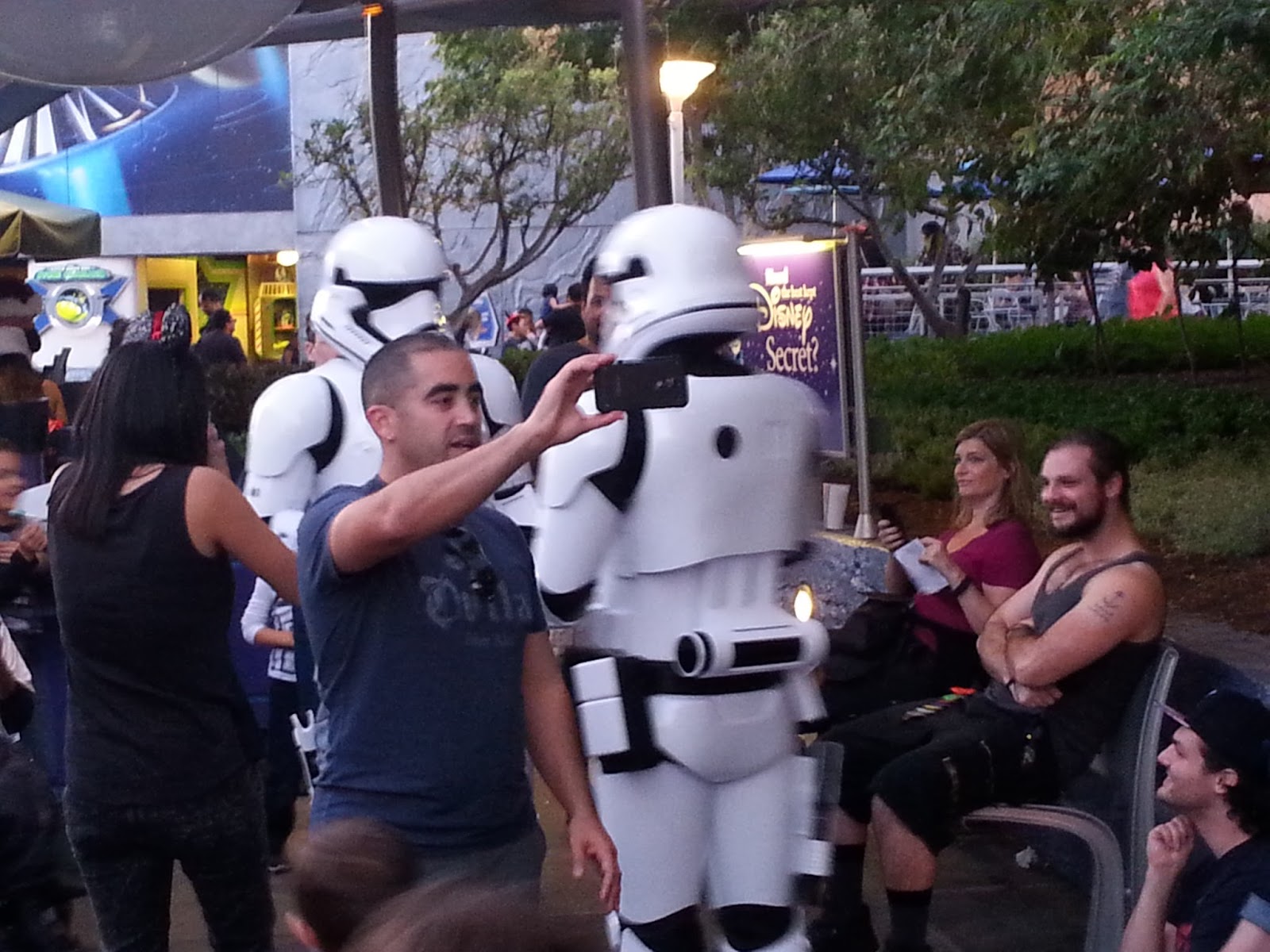 Next to Hyperspace Mountain, the theater was occupied by Star Wars: Path of the Jedi. It’s a nice addition as the short “movie” plays clips from the first six movies and culminates with a trailer from The Force Awakens. 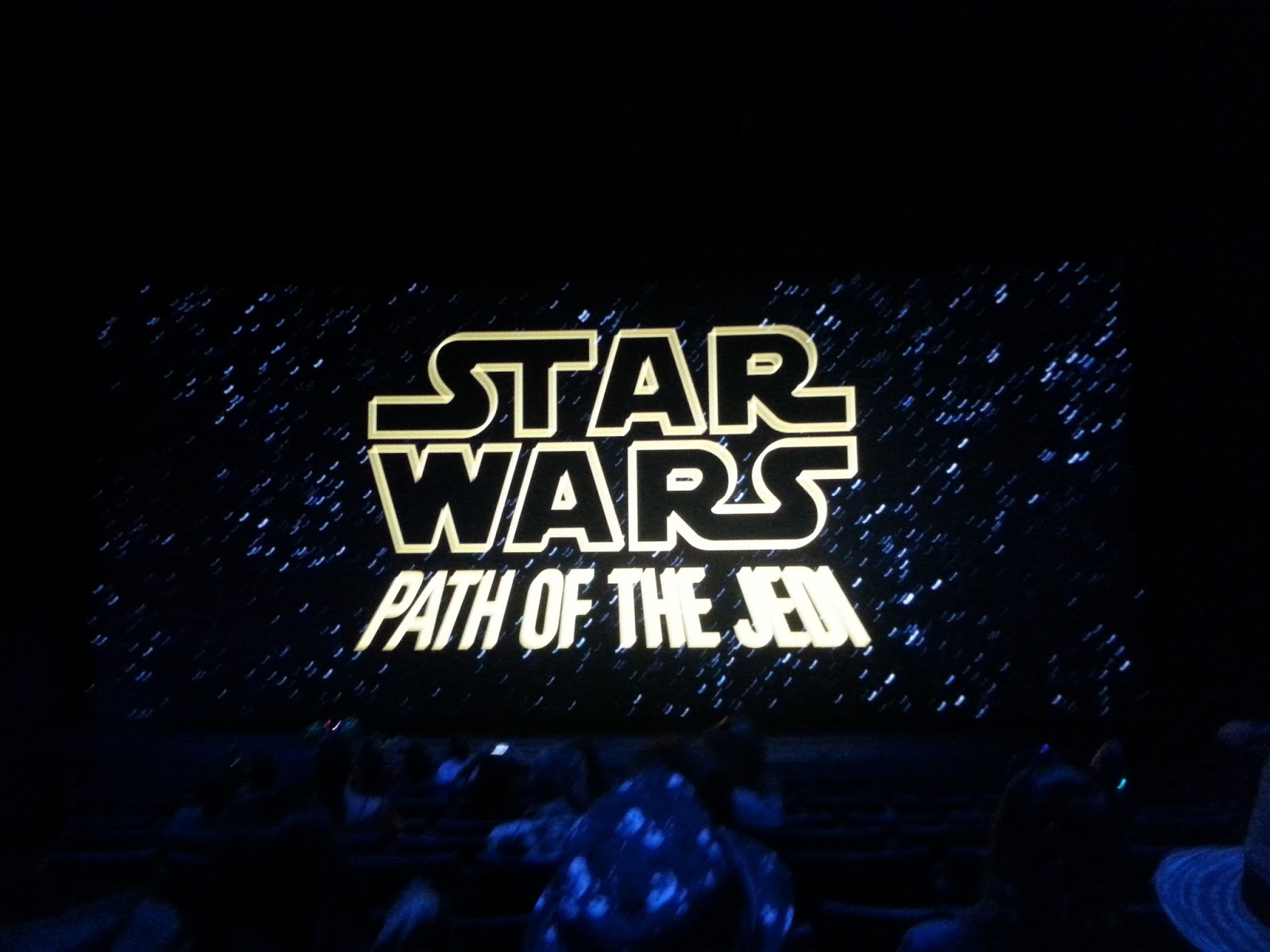 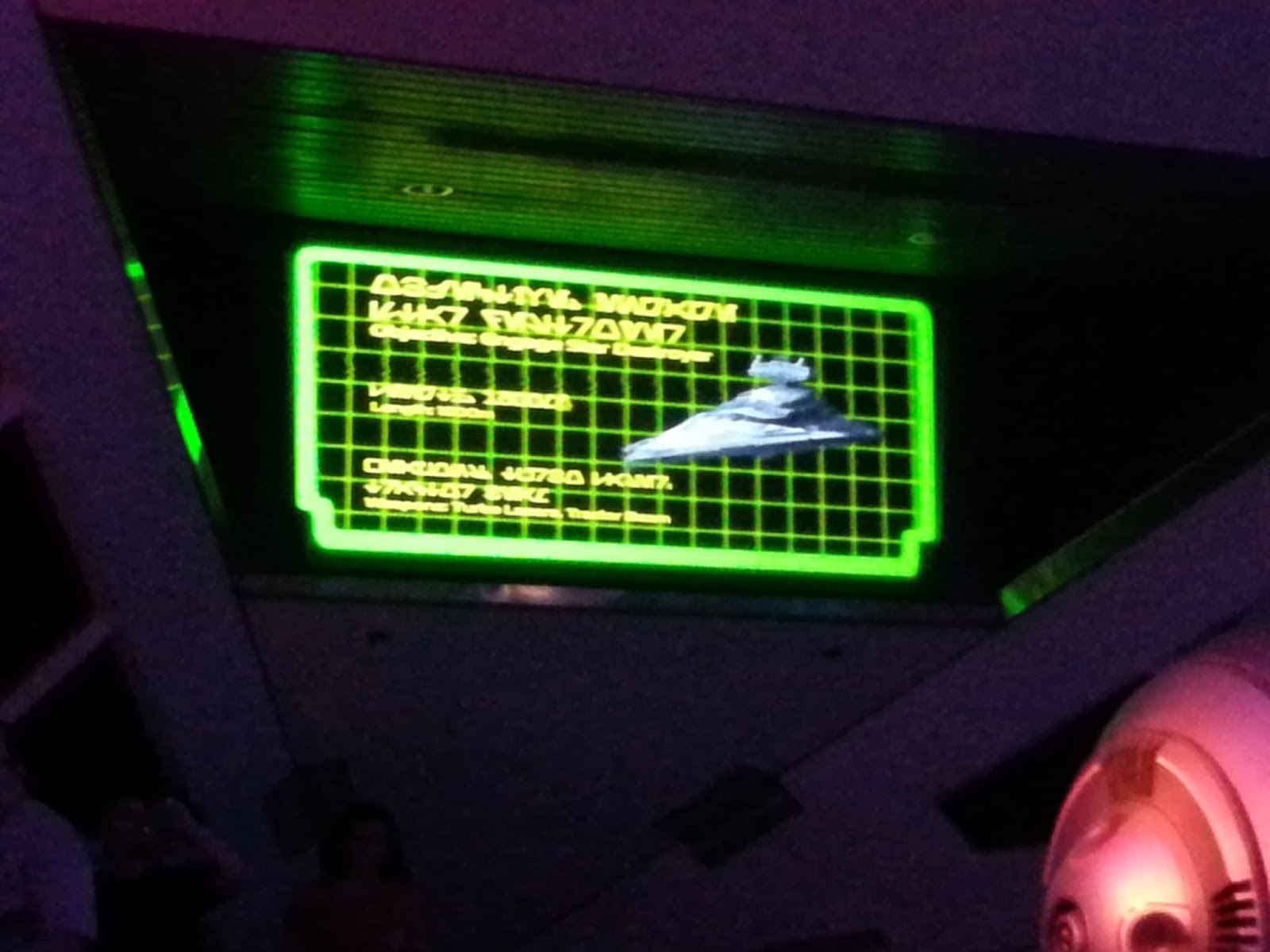 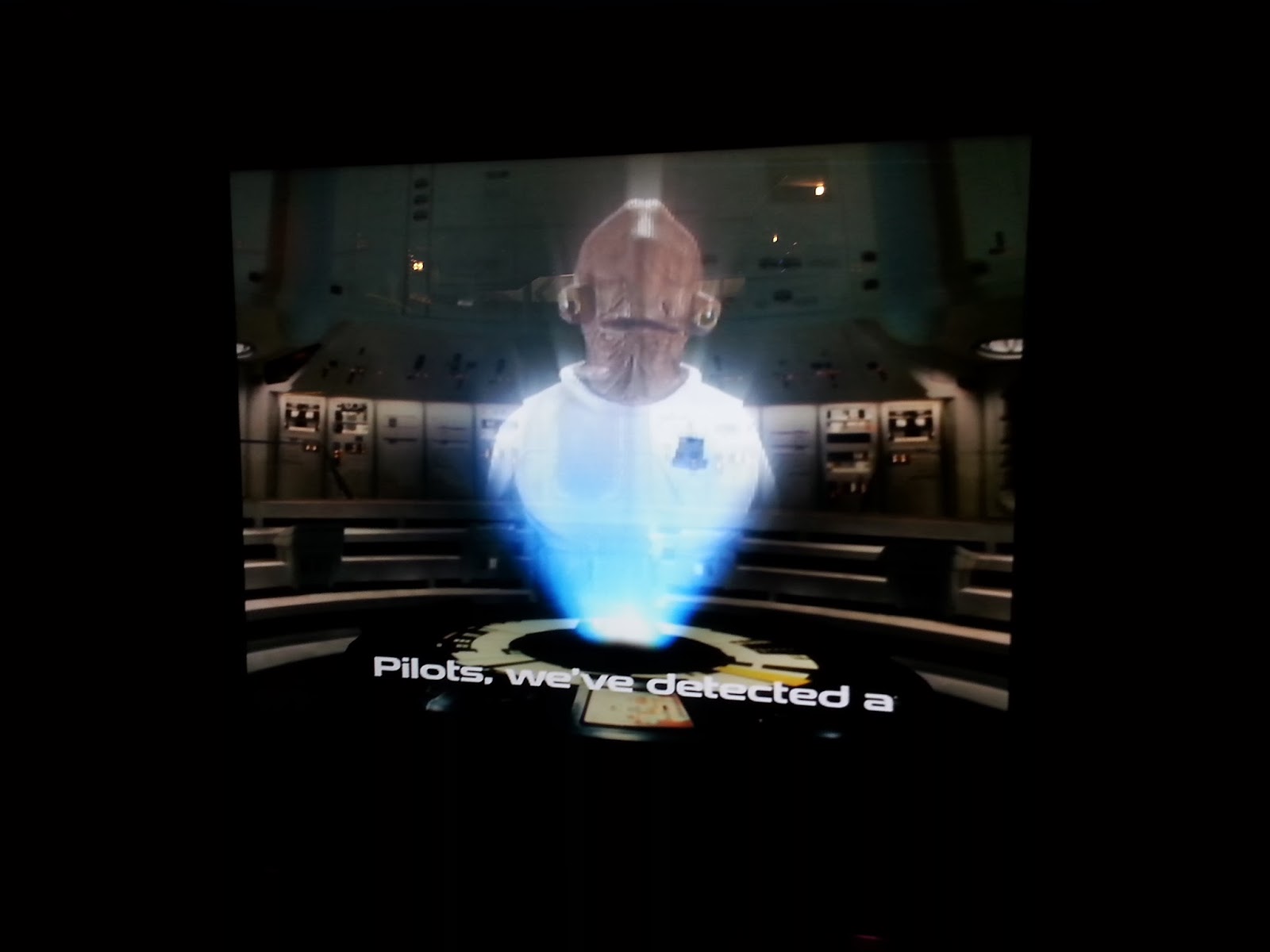 Riders are greeted in the pre-ride video throughout the line by Admiral Akbar describing a disturbance and to meet up for a reconnaissance mission based around the planet Jakku. This is all the info riders are given before they get on. Once released from the station and into the tunnel, the cars immediately start blasting with the classic Star Wars music we all love. Also in the speakers we can hear Admiral Akbar telling us to jump into hyperspace where TIE fighters await. As Akbar and the others discuss the situation, you can hear the pilot retort that we’re going in! After that, the adventure begins weaving in and out of turns. Fending off the enemy Star Destroyer and TIE fighters take the whole journey until the final blow. The cars ride swiftly by evading enemy shots seemingly giving the ride a quicker pace than usual. The ride lights up a little at certain points allowing the riders to see the track somewhat during a few turns. MOST IMPORTANTLY, Hyperspace Mountain is outstanding and an immediate must do on everyone’s checklist. To be honest, it might be here to stay for quite awhile, but we’ll just wait for what the future holds. 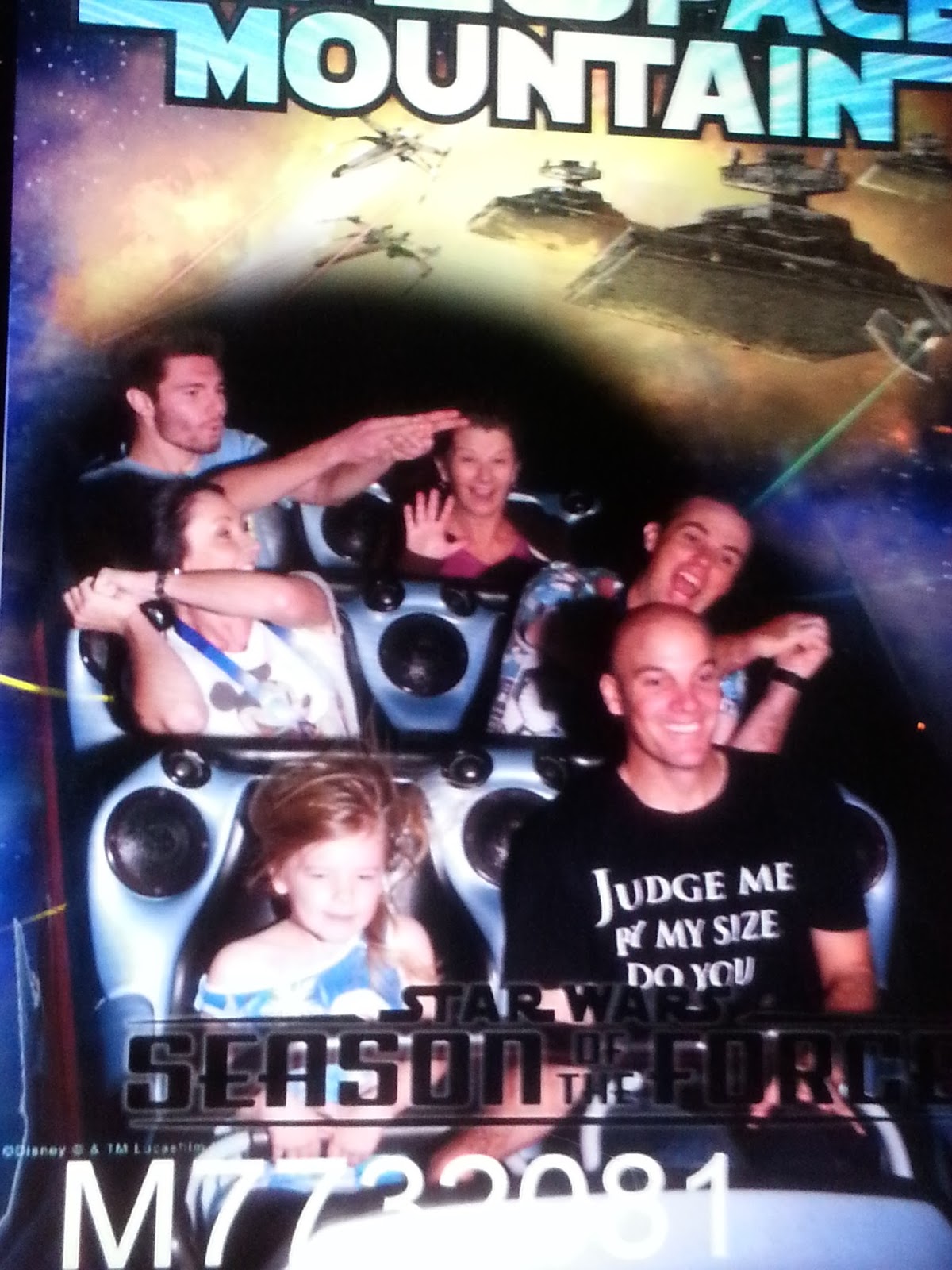 Thank you for checking out this Disneyland Update! Make sure to read our new, HUGE Joker Construction Update!

Make sure to follow us on our social media for exclusive coverage!  Facebook–Twitter–Instagram – And share the update with your Star Wars-loving friends, family and acquaintances. 😀

One Reply to “DISNEY UPDATE! – Season of the Force!”