A new environmental study has been published for the Intamin75 project at Parc Astérix, under the form of a 416 pages PDF ! It revealed several facts about the coaster, the area and more. Let’s dive into the details of spectacular coaster for France! 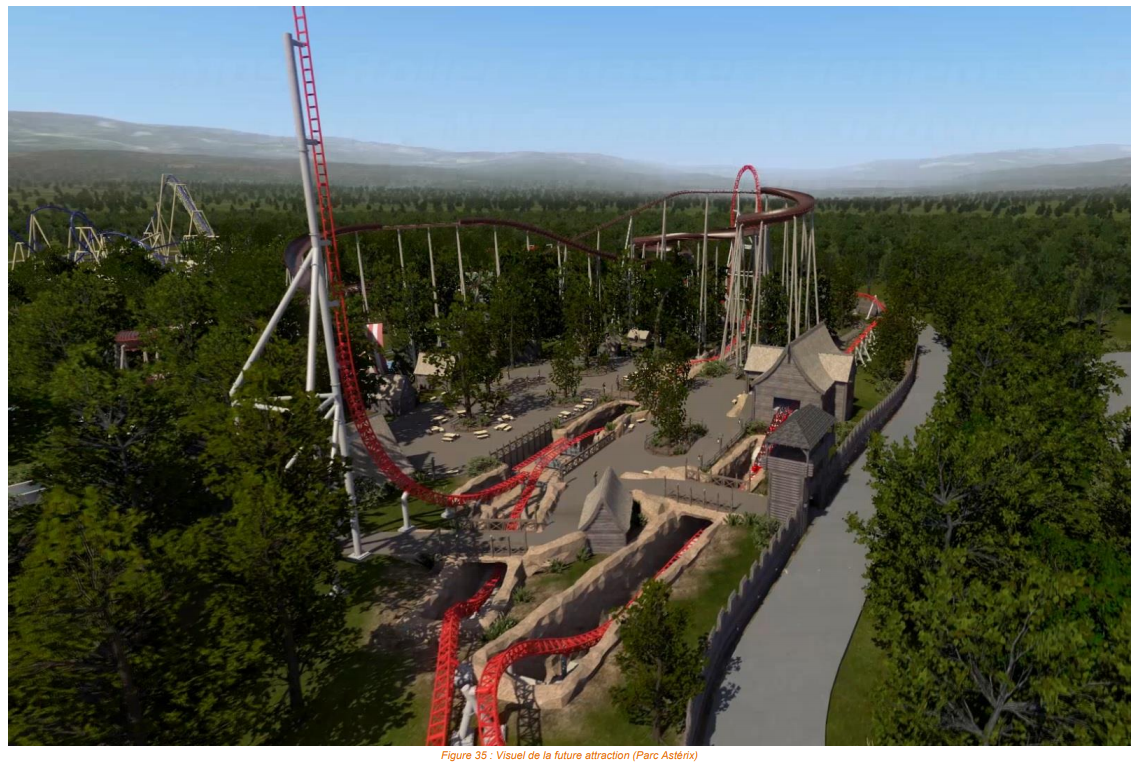 Next up, we learned that the coaster will be the main attraction of a new themed area in the corner of the park. It will have a snack shop where people can sit and have a lunch or just grab a bit and go. Next to this, there will be a playground for children where they will be able to relax while the older members of the family ride the coaster.

Here’s the detailed plan of the area : 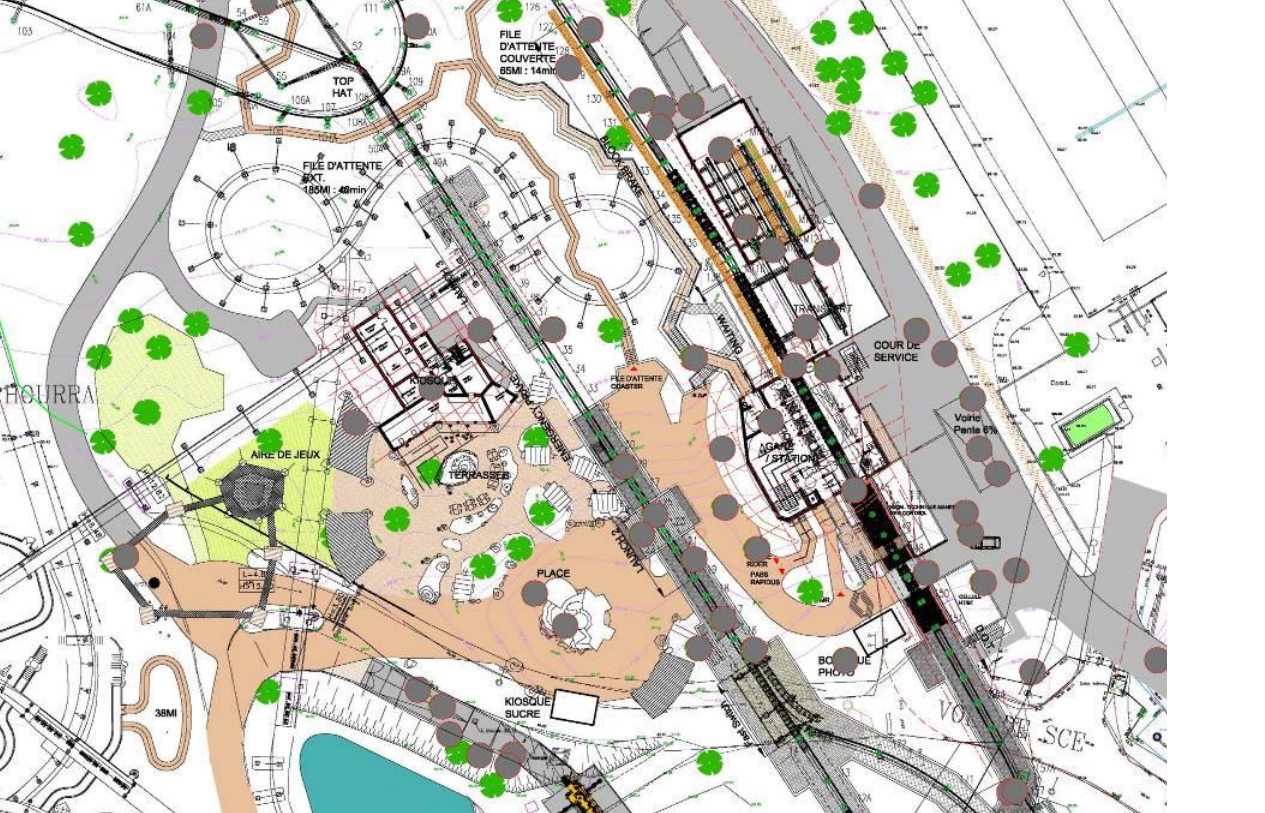 We can also see that there is room for stalls with souvenirs or food. Next to that, there seem to be fair games where guests will have to pay to play.

The whole area will be located near the Grand Splash and the coaster will intertwine with the Mack Bobsleigh, La Trace du Hourra. 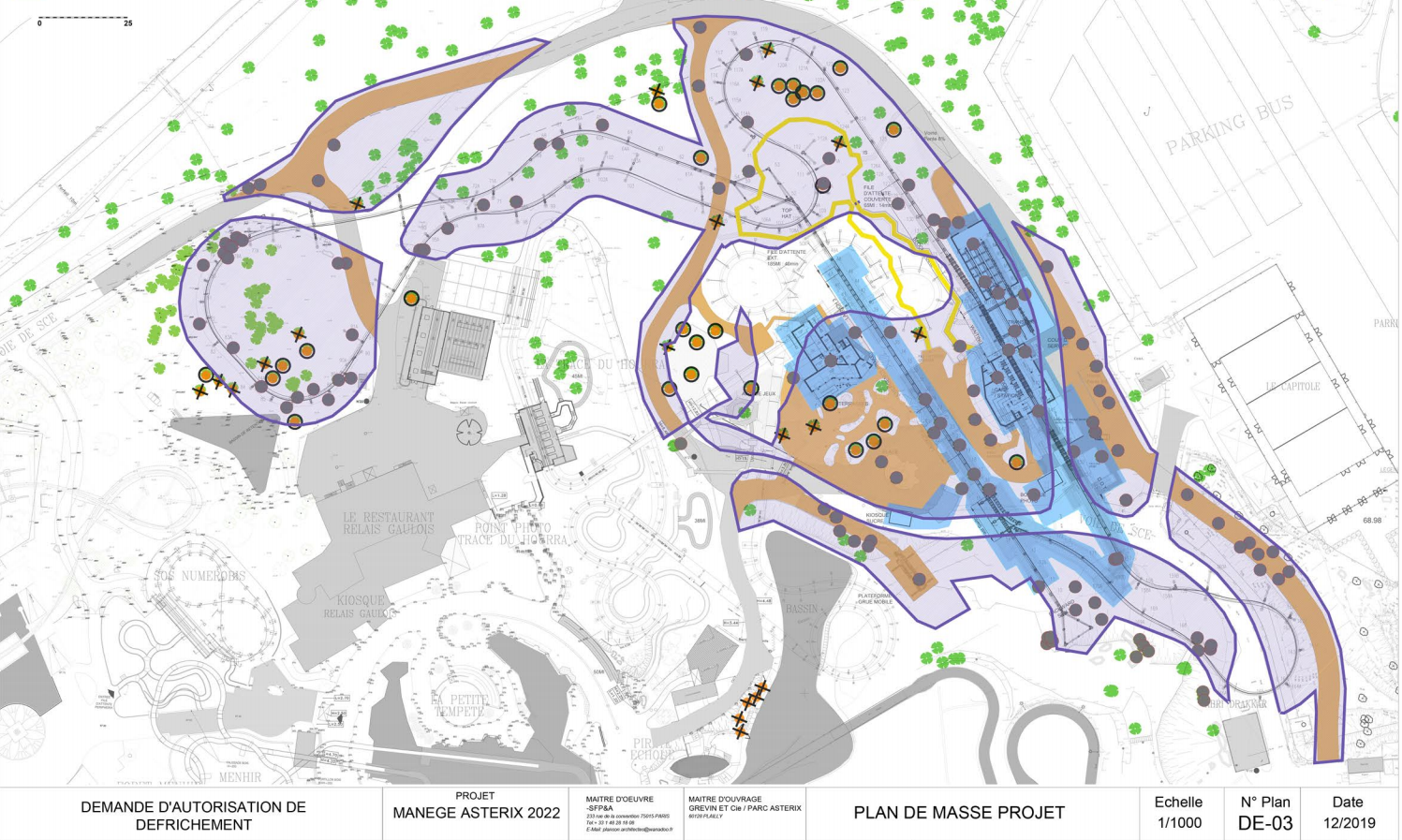 There is also another theming element that we can see, a dolmen located on top of the station building (circled in yellow) of the coaster which let us think that the ride may be themed on the adventures of Astérix and Obélix in Brittania.

Moreover, the document mentions that the first phase of construction would debut in October 2020. However this study was made in 2019 before the pandemic. As we know that the coaster is supposed to open in 2023, it is more likely that all the phases have again been reported with an additional year. So we expect construction to start on October 2021.

It might take a while before we’ll be able to enjoy this coaster but the park will benefit from it’s arrival for sure once it launches us into a new world of Parc Astérix!