Sean: Six Flags Magic Mountain was so kind to invite us to their next CraZanity construction tour, we were unable to make it, but our great friend Edward at Ride! was able to attend and create a report for us! Enjoy! Edward: Hello, we’re back at the mountain for an all-new construction tour of CraZanity and The Boardwalk! Much has changed since the last tour we had a couple months back. The park is still on schedule with opening the new area and should be ready this summer. 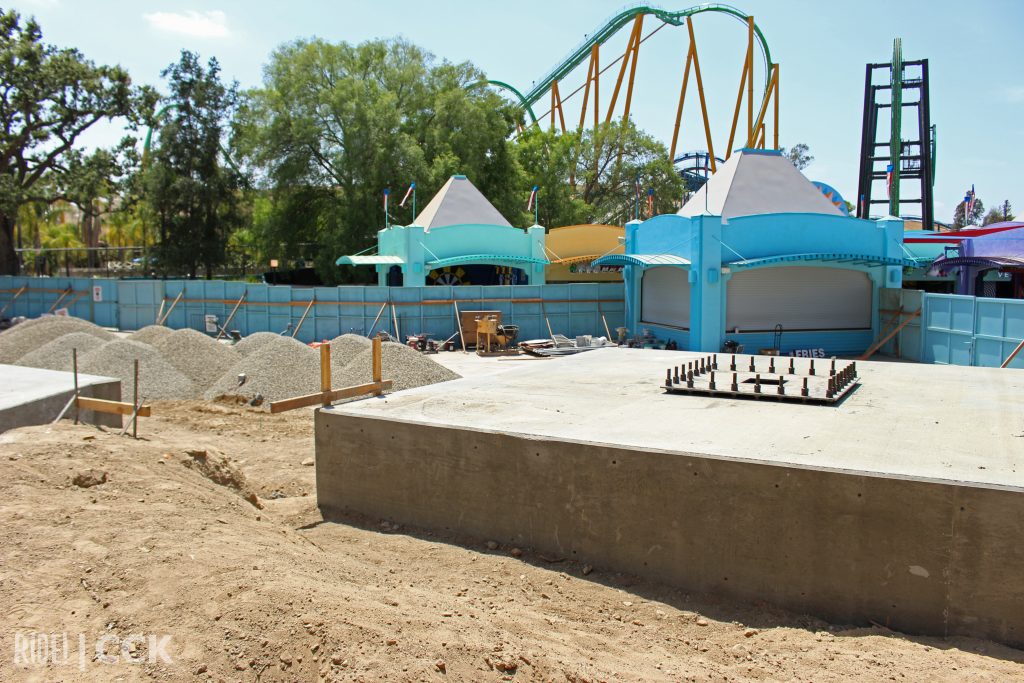 Here is a look at the new base and footings for the ride. Electrical work is being completed, and the ride should be put into place in the coming weeks. The controls for the ride, including panels that store the wiring, were completed a few months ago in the factory. 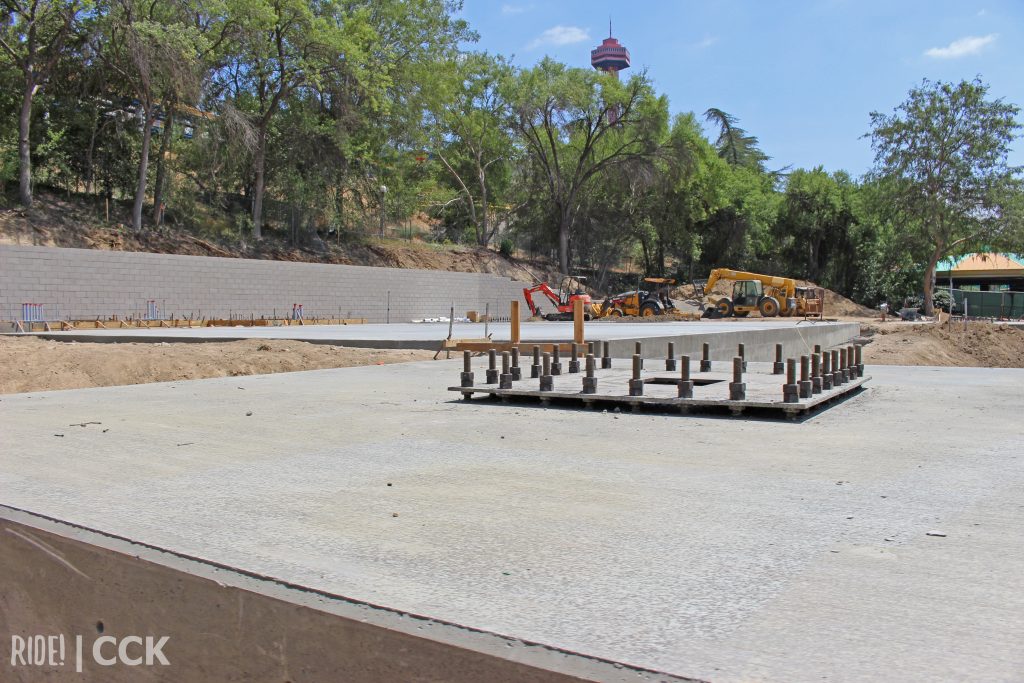 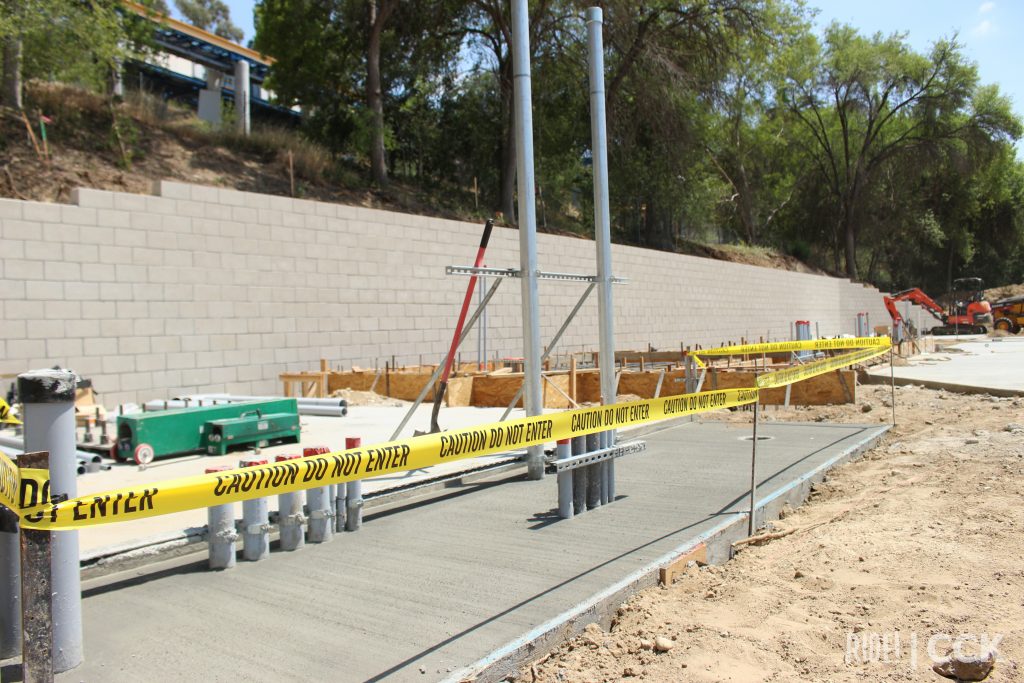 It is said that it will take three cranes to construct the ride. Unlike Wonder Woman: Lasso of Truth it will take little over a day to put up due to its custom size. 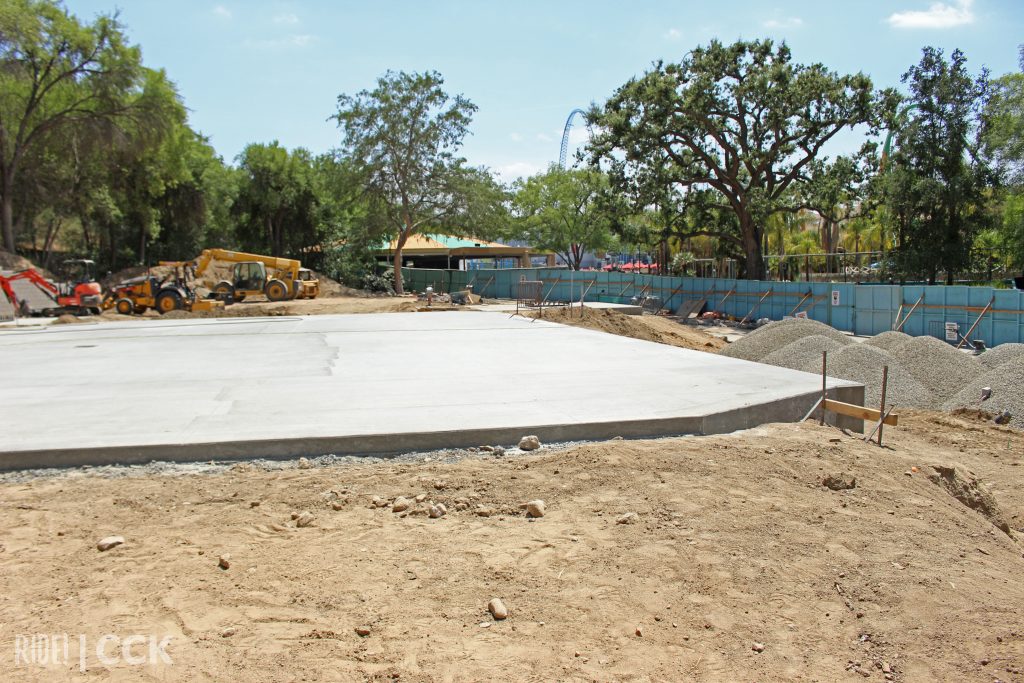 This will be the base where you will board the pendulum and see it swing back and forth at 75 mph. 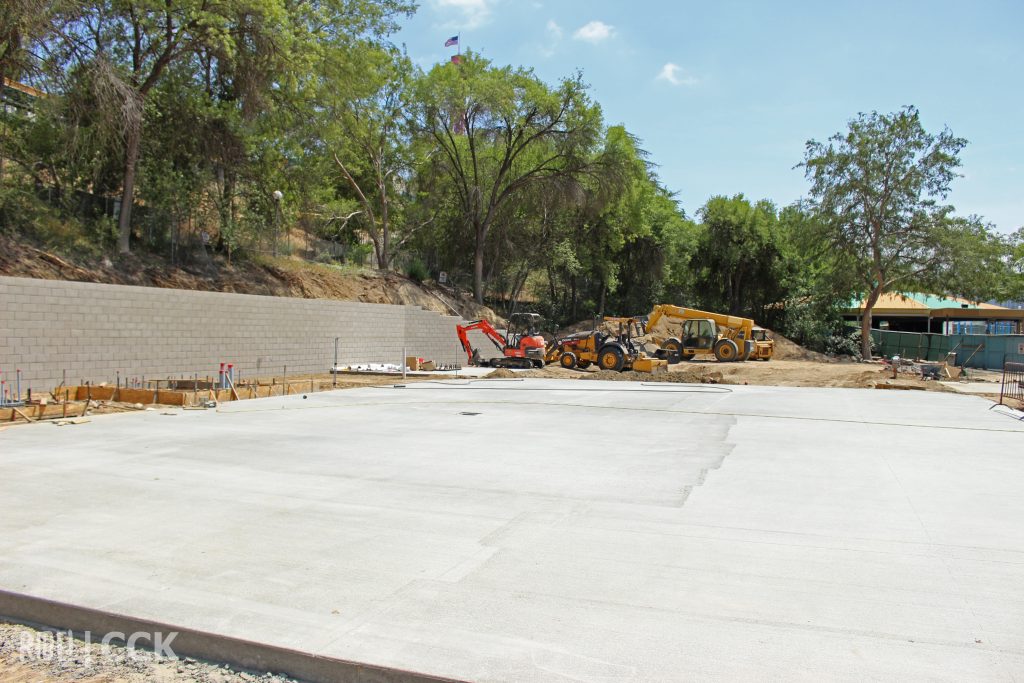 Here’s an overview of the entire CraZanity site. 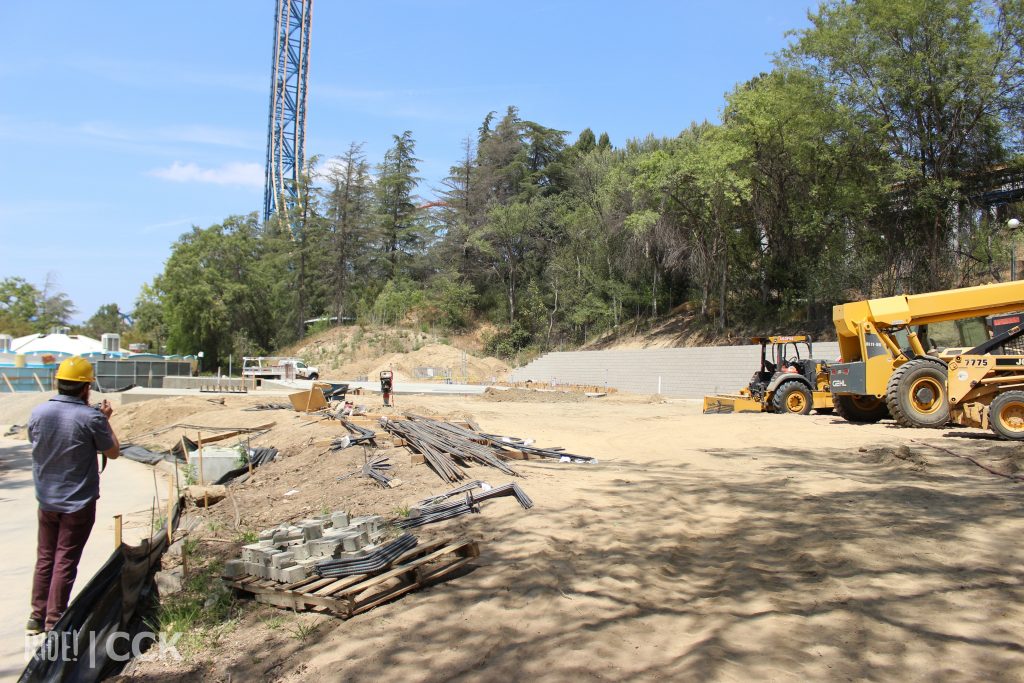 Located in between CraZanity and the bumper cars will be the newly-renovated Shoot the Hoops. 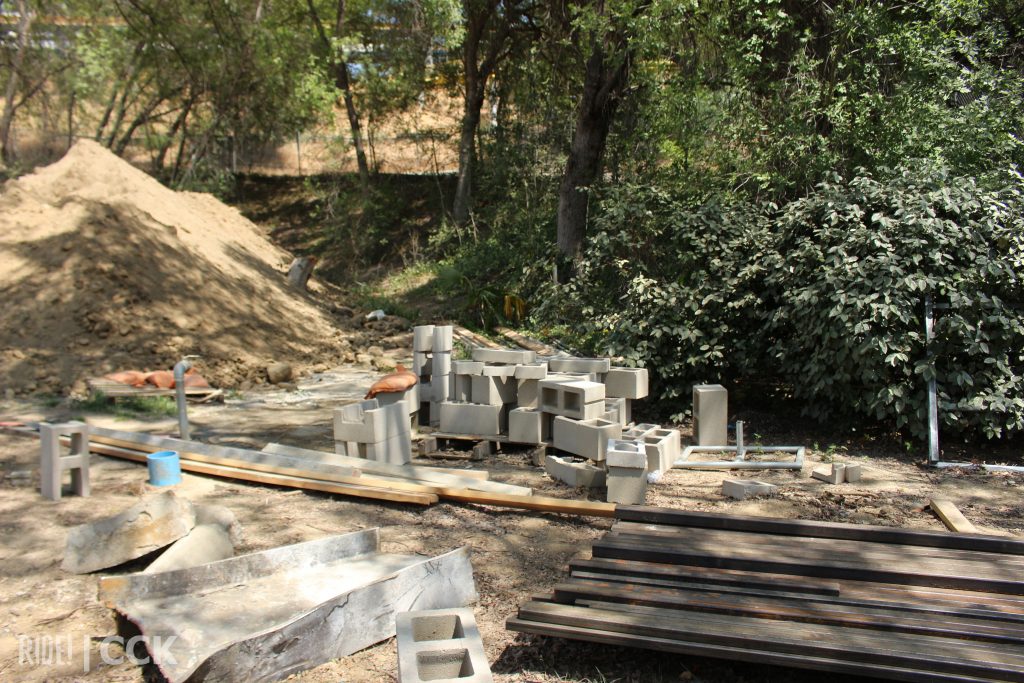 Just announced on the tour, Sand Blasters will be re-named to Jammin’ Bumpers. The interior is almost completed. Lighting and speakers have been placed inside the building. The park is still deciding on what type of soundtrack should the ride have. 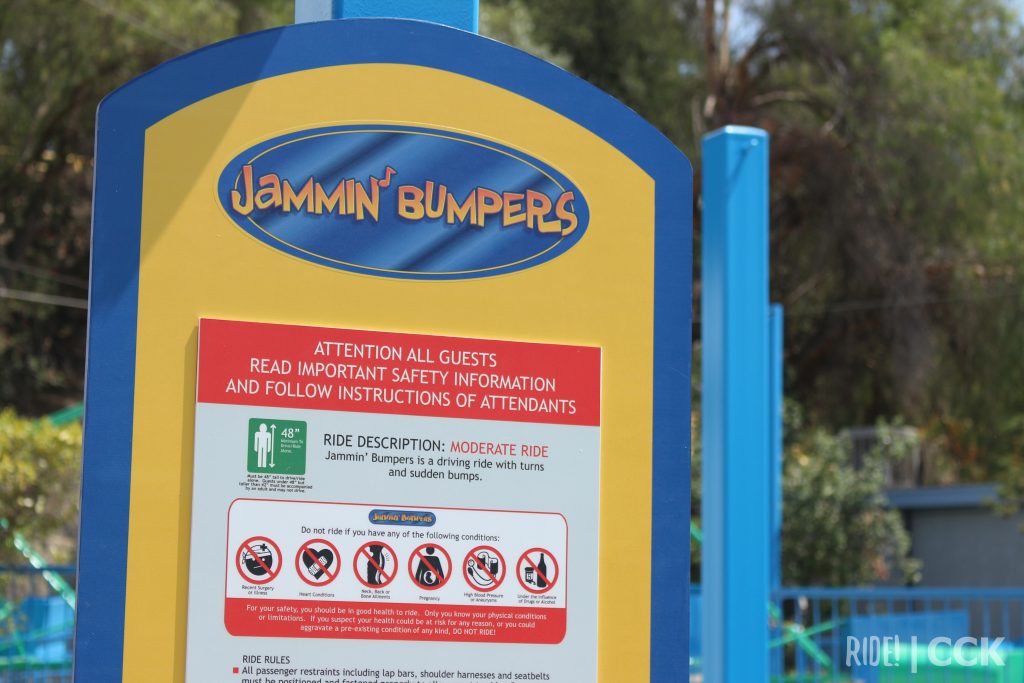 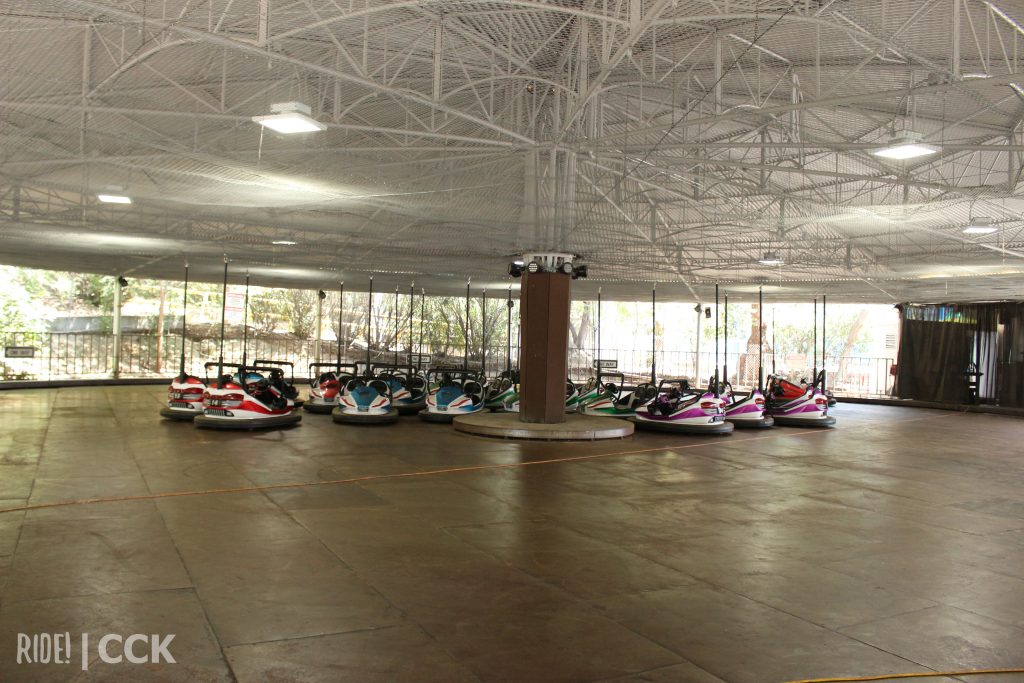 Interesting fact: The fluorescent light above will turn on when the attraction is in motion. 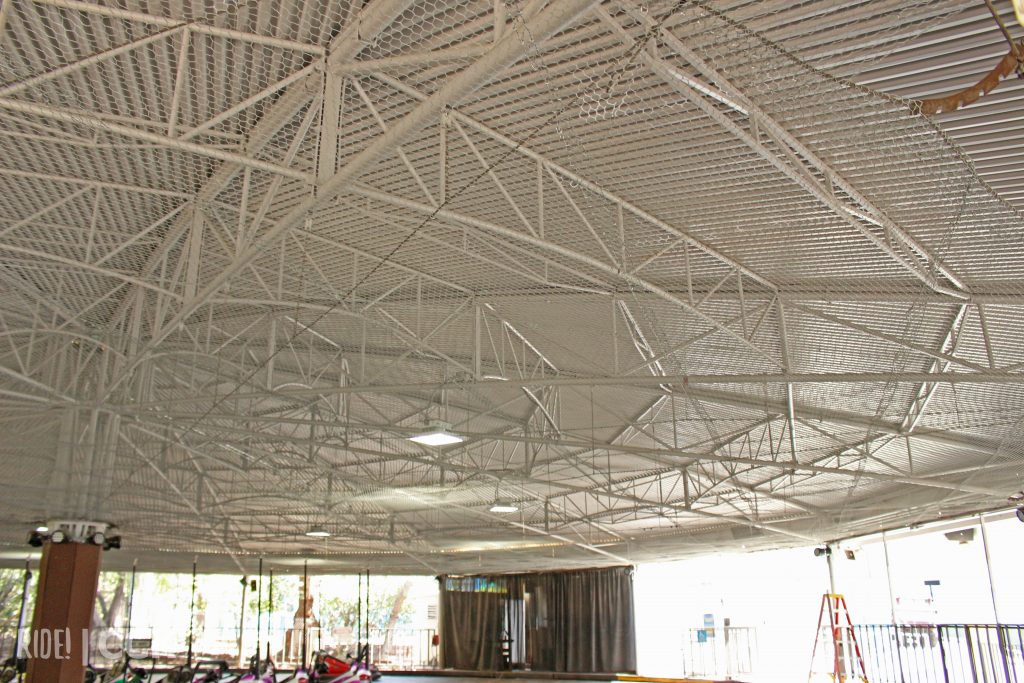 Here’s a closer look at the new cars the park has for the relaunch of the ride: 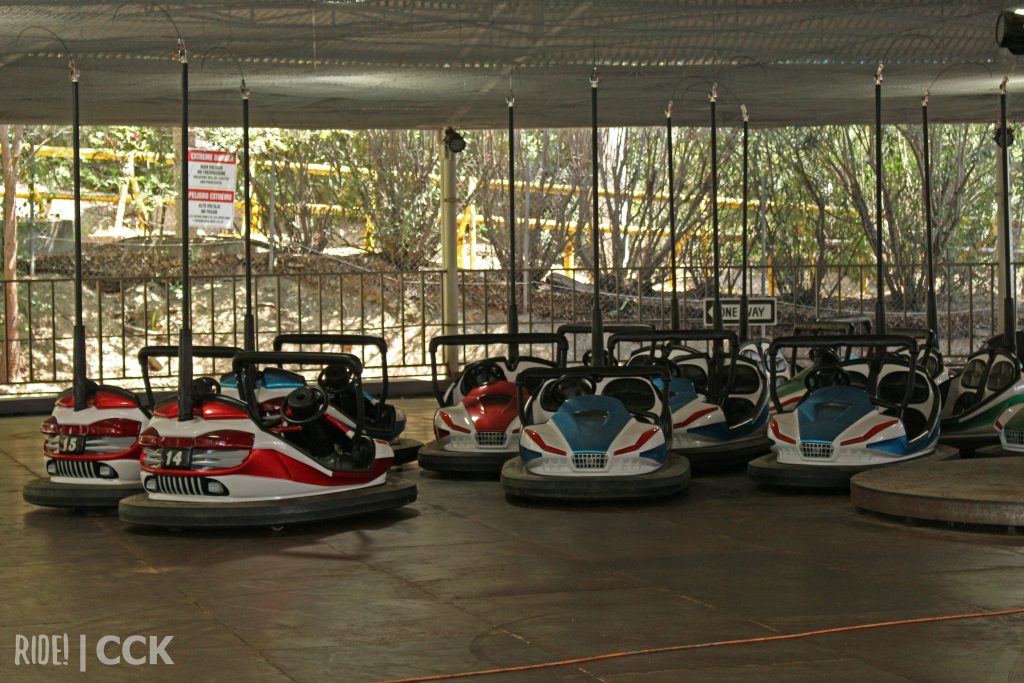 The queue is in place. Still need to be painted and will be receiving a shade structure. 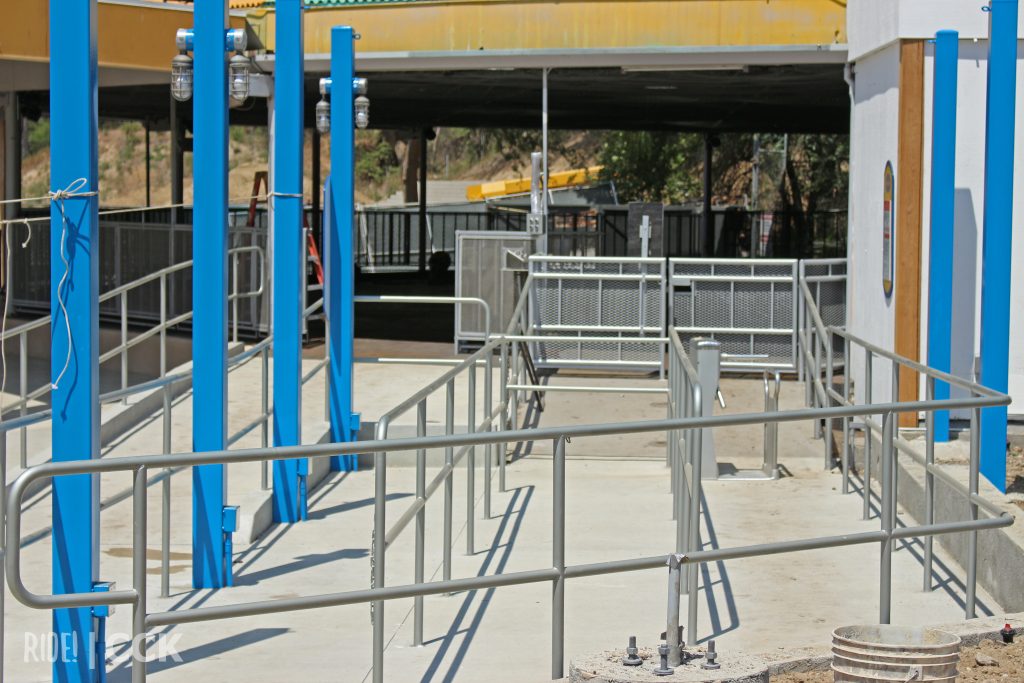 Scrambler is almost completed as well. The ride has been put back with a new blue and green paint job. It has also received a new logo. 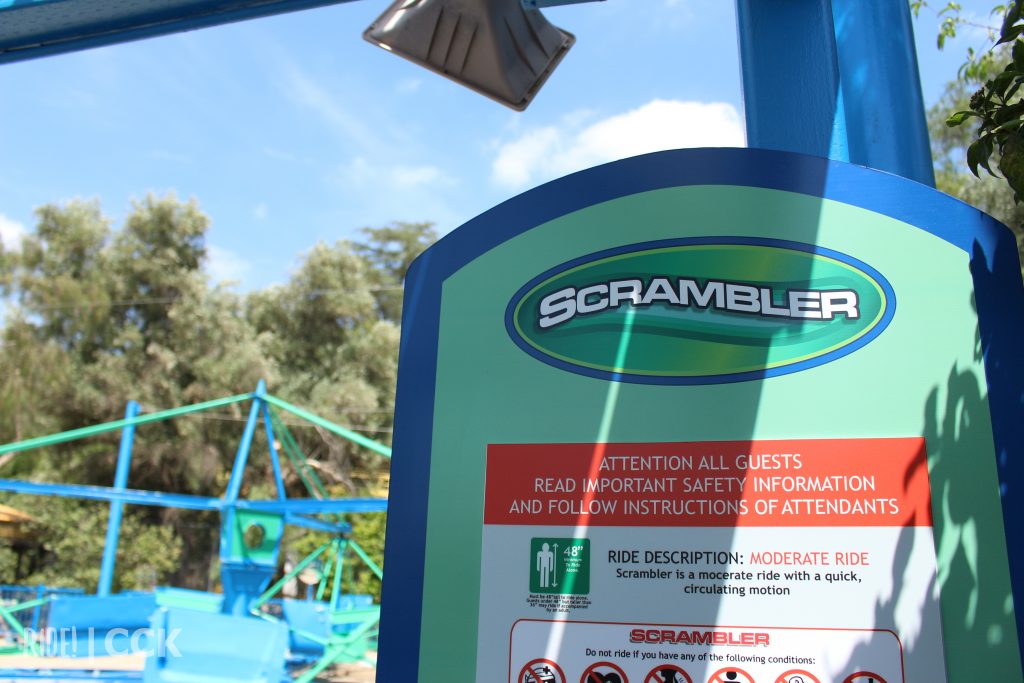 The queue area has been completed. As usual the park loves blue. We’re glad they kept the retro queue awning. 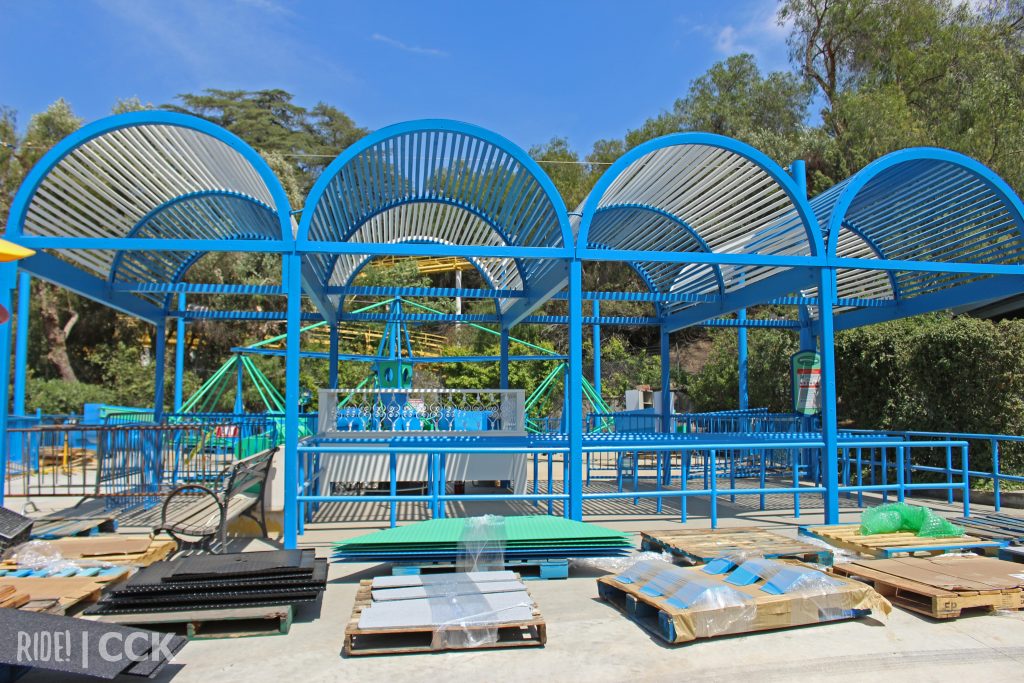 Closer look at the ride and new canopy structure that will enclose the ride. 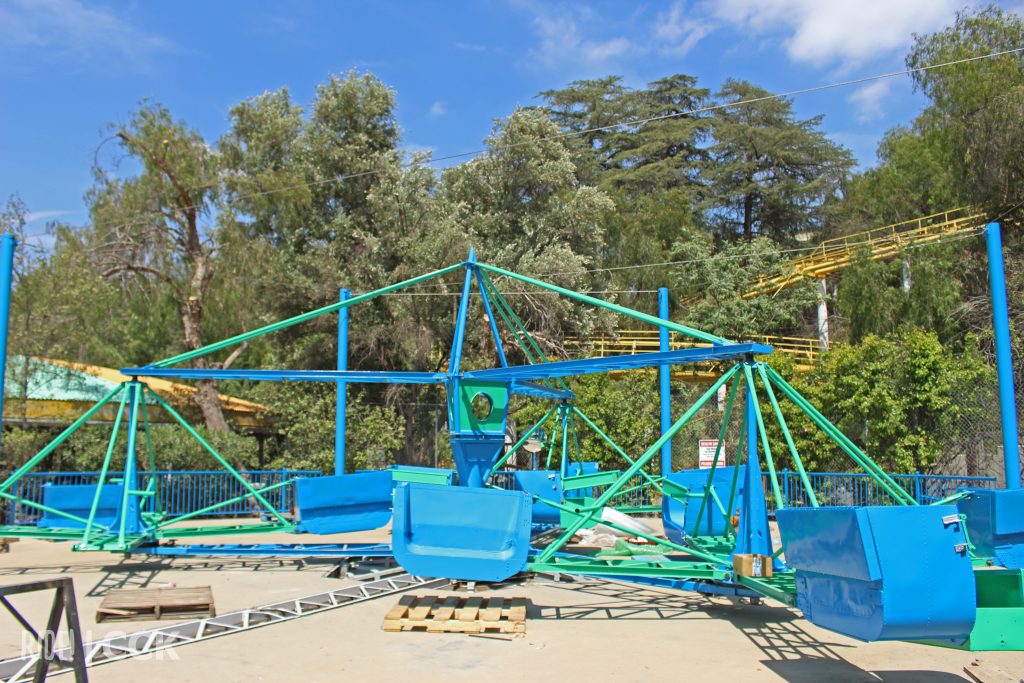 Here’s the most exciting part of the tour, the new restrooms! Just kidding. They have been totally remodel with new stalls, sinks, tiles, and flooring. Looks fantastic. As of this update, they have reopened! Check them out while in the park. 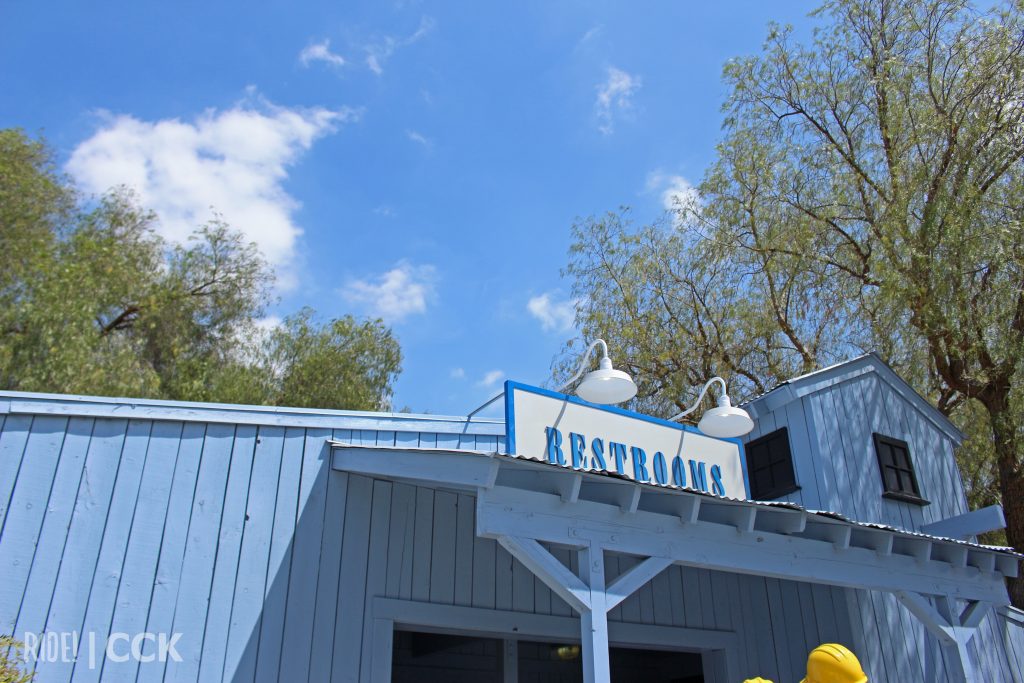 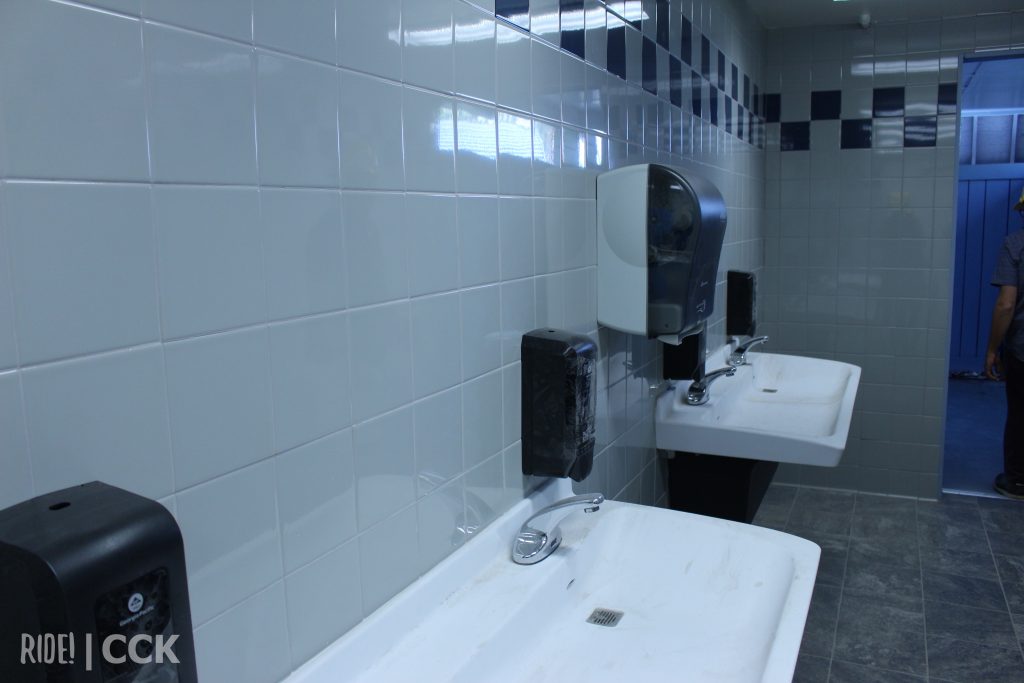 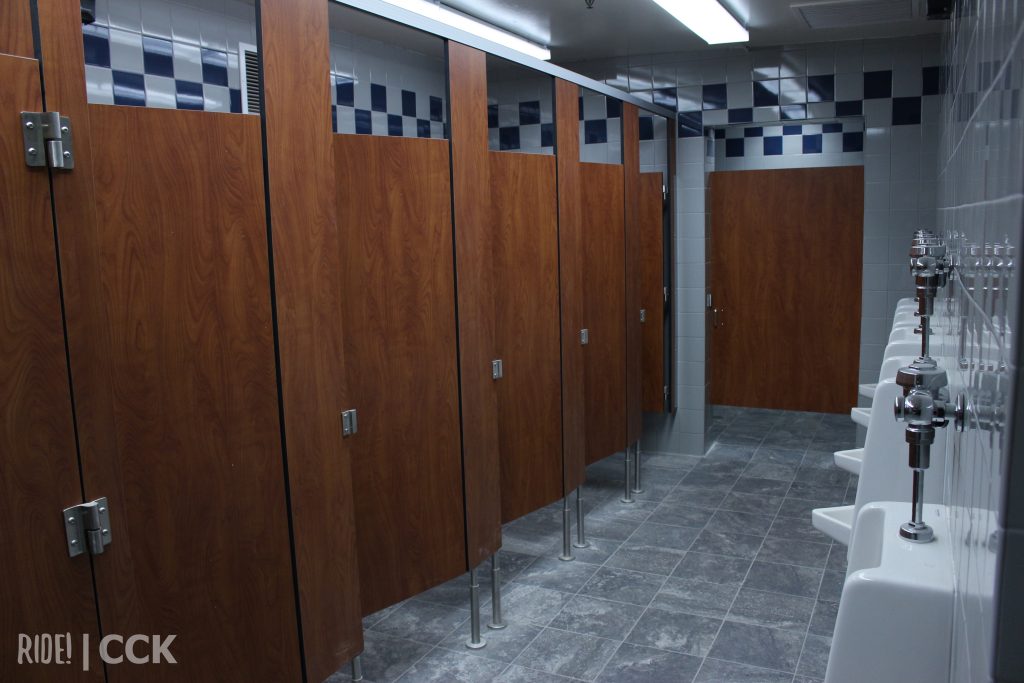 In the front side of the park, the candy store next to FT Sport Bar has been remodeled as well. The new Coaster Candy shop looks retro and sleek. 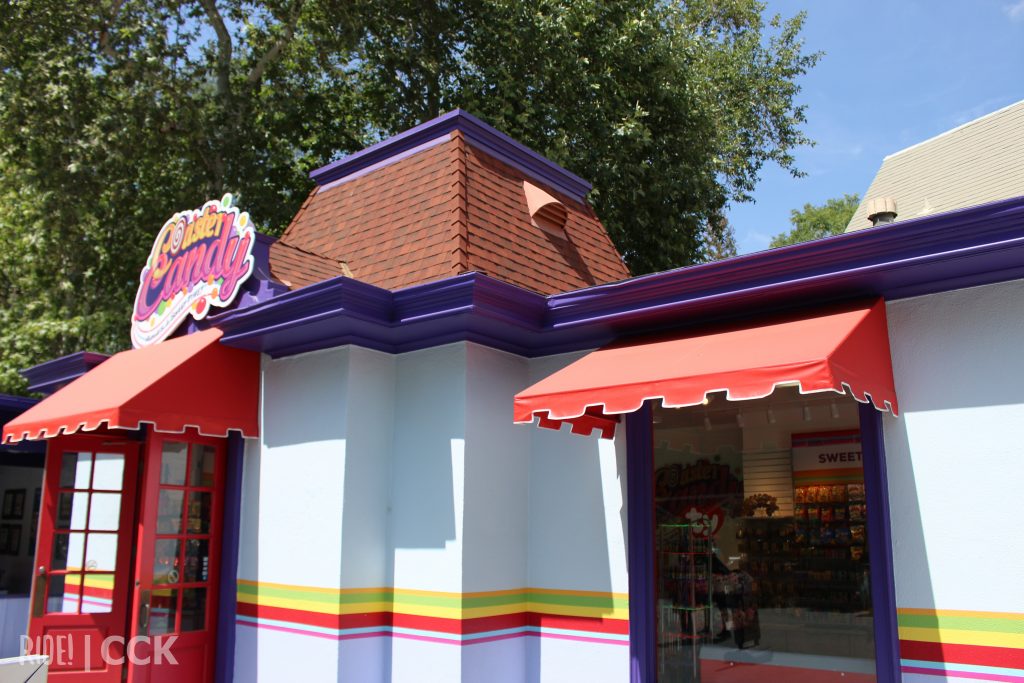 I’ll leave you with shot of the Full Throttle Nights stage! The show will be returning next weekend! 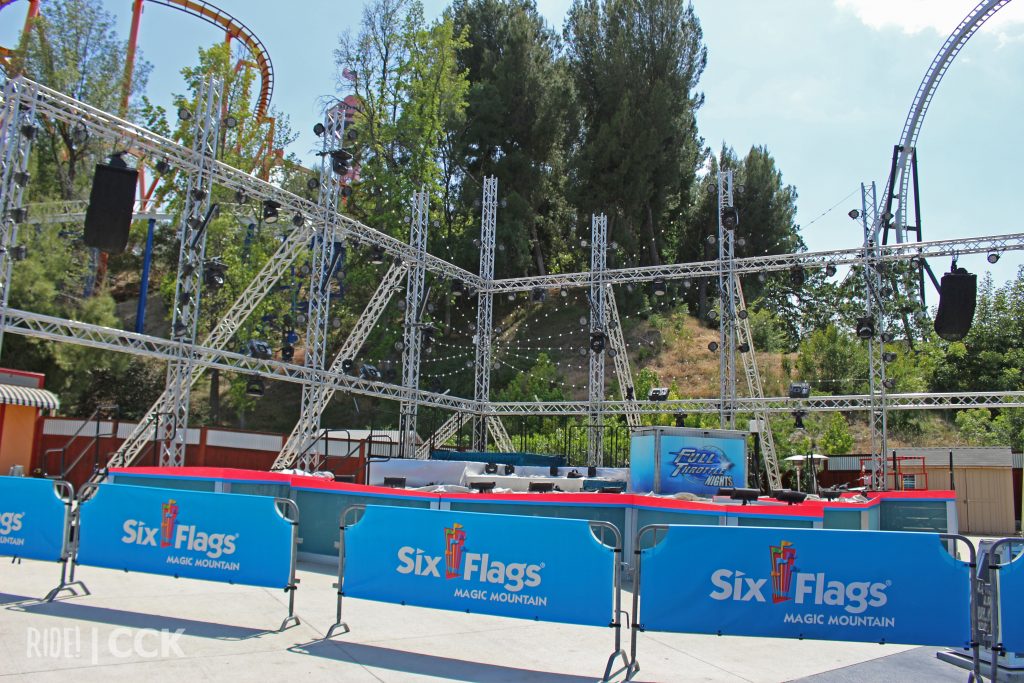 Thank you for checking out this new Six Flags Magic Mountain report! Check out our HangTime at Knott’s opening coverage!Make sure to follow us on our social media for exclusive coverage! Facebook–Twitter–Instagram