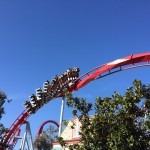 California’s Great America has finally reopened for the 2016 season, and we Northern Californian coaster enthusiasts couldn’t be more excited. Although, there was less fanfare than there has been on previous opening days, it was great to be back at the park nonetheless, and of course, we’re here to tell you all about it.

Although we couldn’t make it out to the park until the afternoon, it was still a gorgeous day when we arrived. As we briefly mentioned, the park was not overly crowded on its Friday opening, in fact it was about average in that regard. 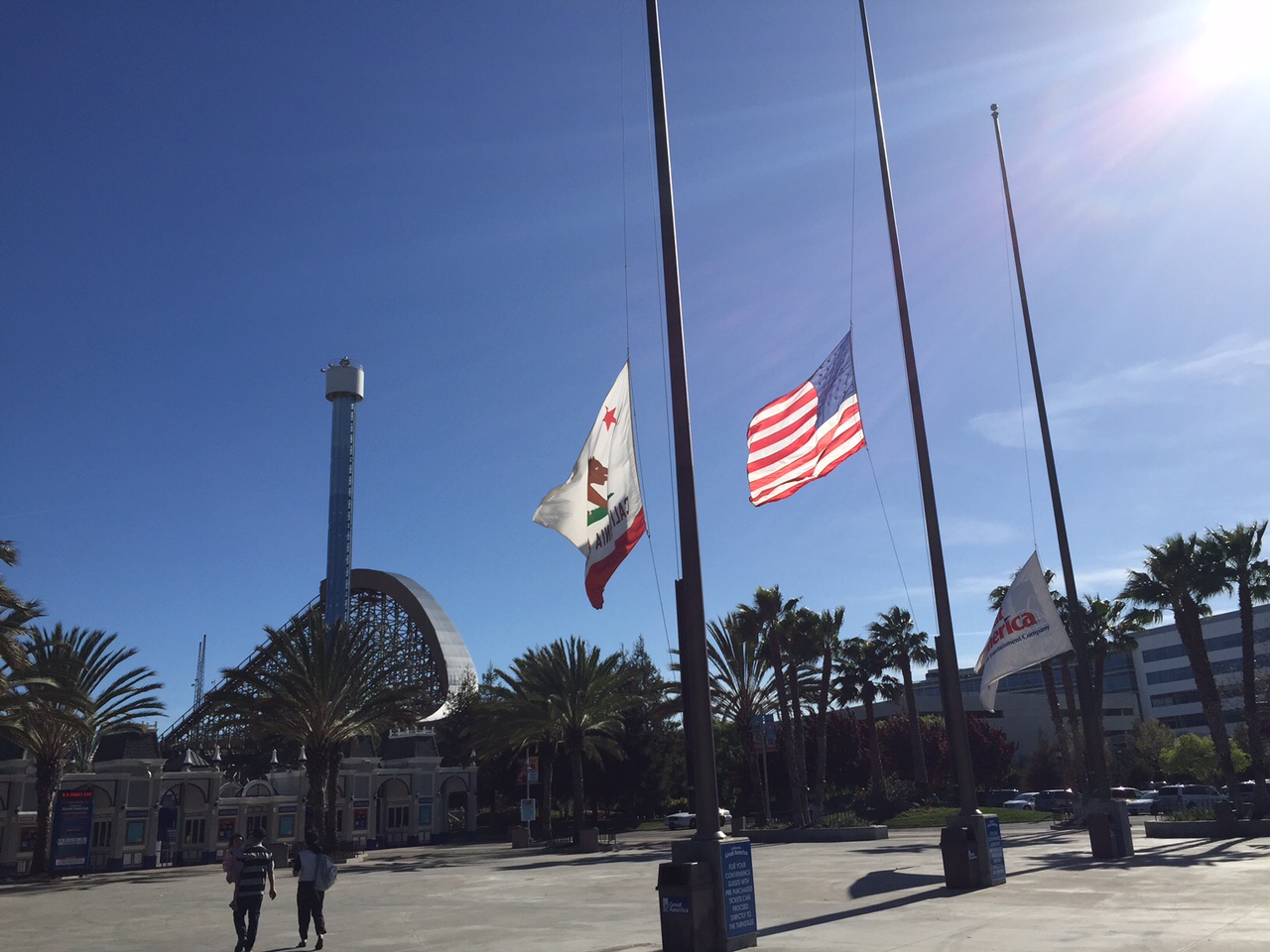 There are some large billboards throughout the park advertising Mass Effect: New Earth, which will open later this season. 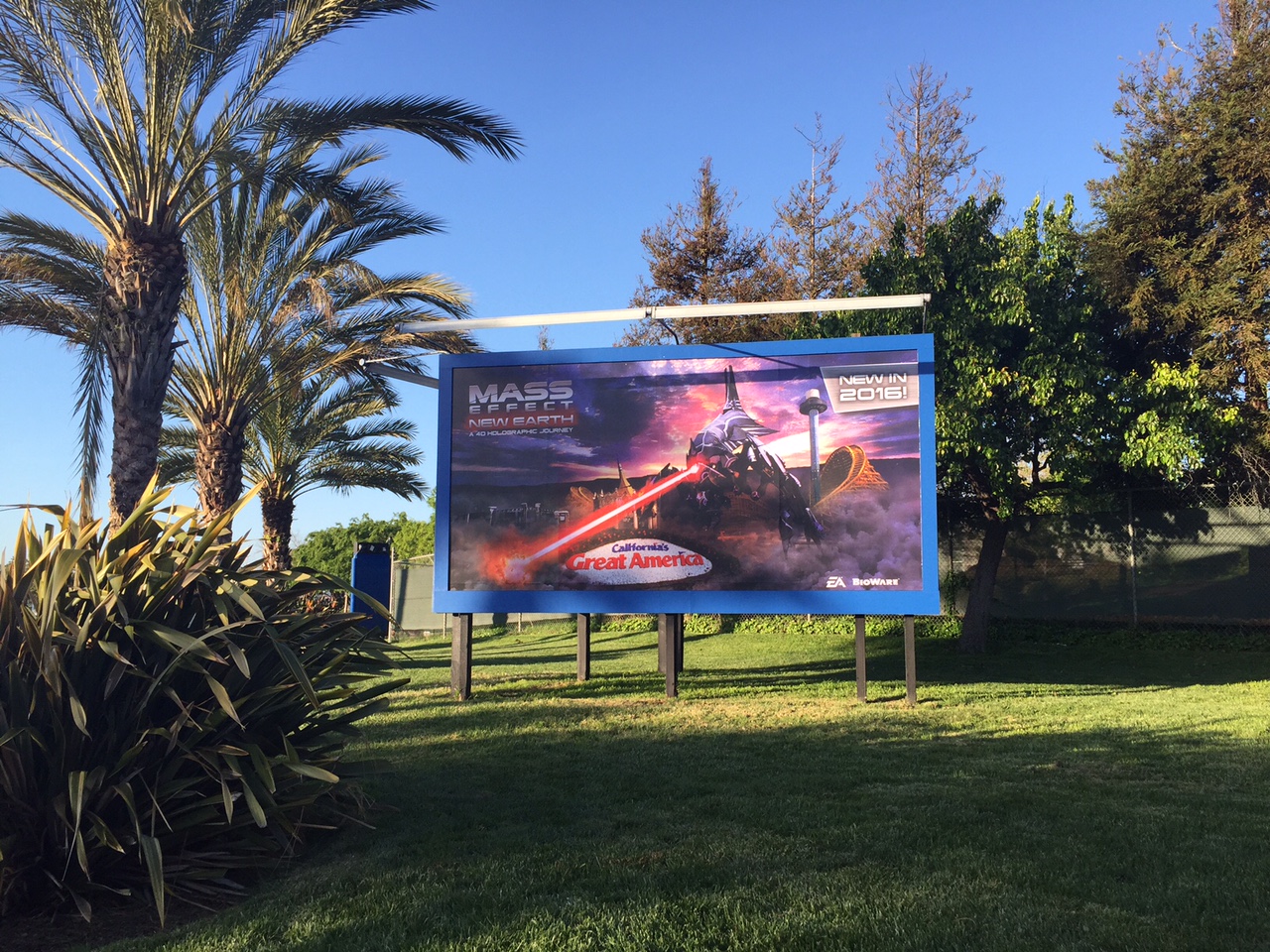 The ticket booths have been repainted and refurbished, in addition to new flowers and other such landscaping in the area. 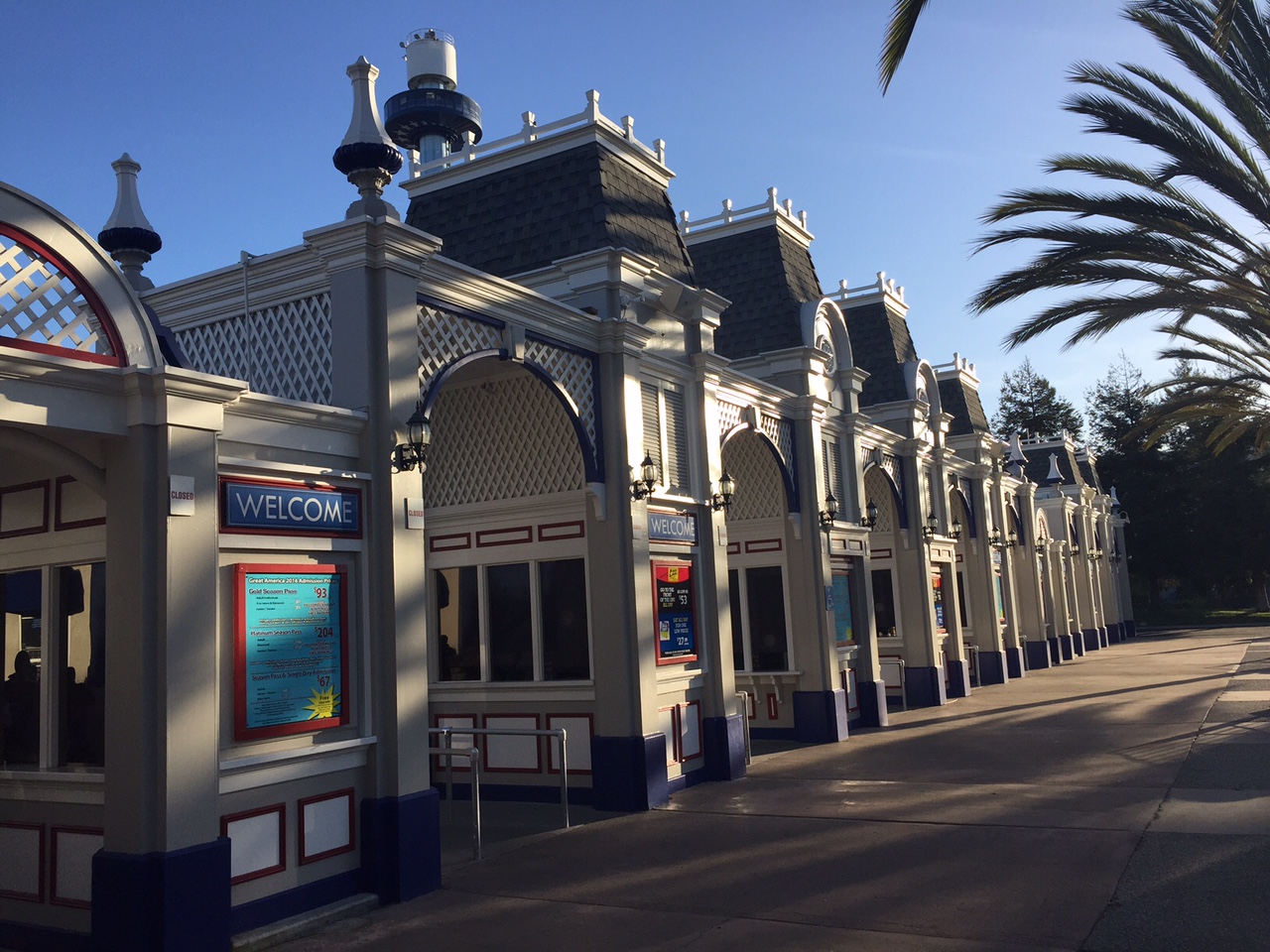 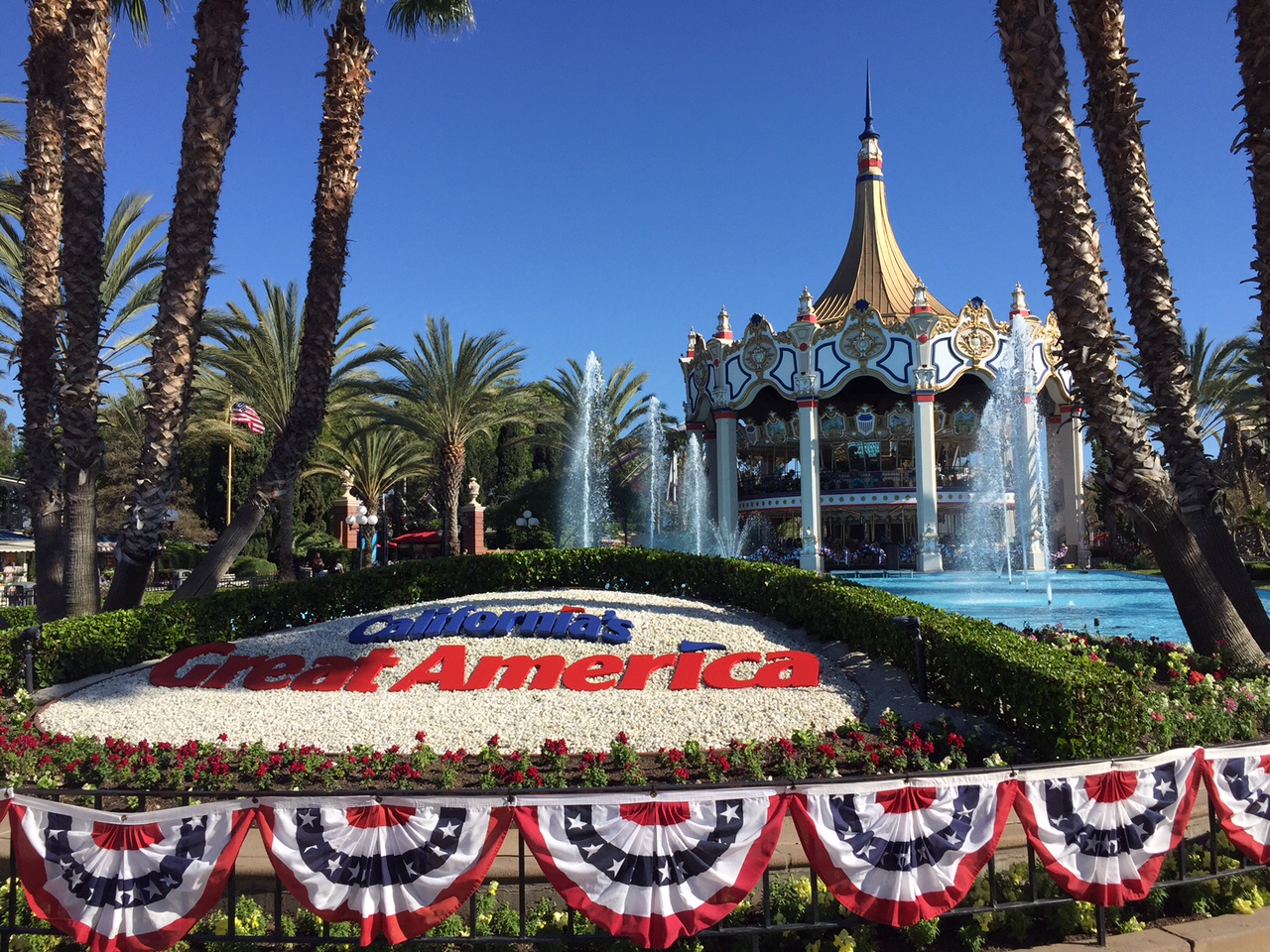 Gold Striker is of course always a friendly sight, but more on that later. 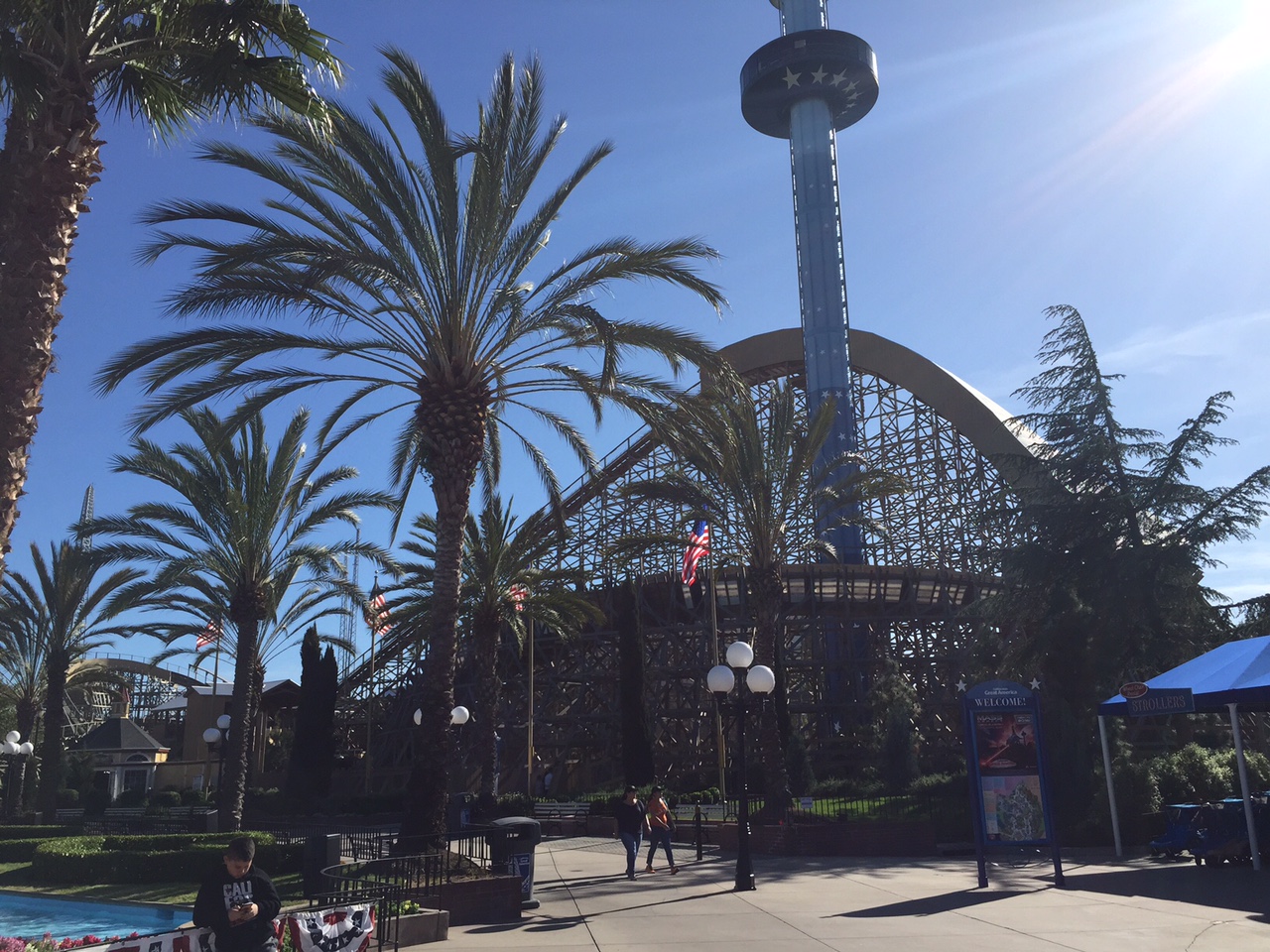 New landscaping has been planted all throughout the park. All these flowers sure give off some pleasant springtime vibes. 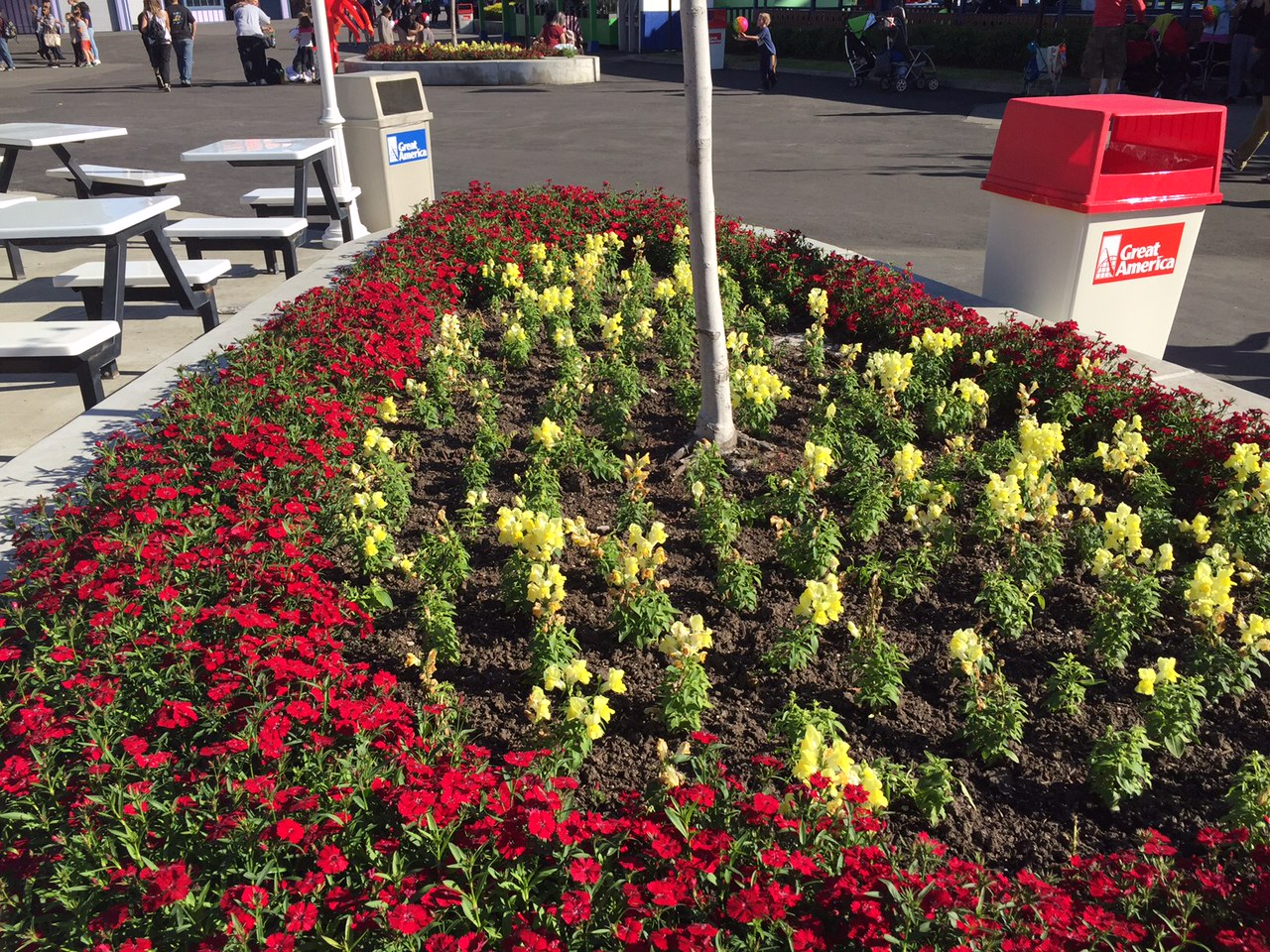 The center area of the food court has construction signs up, and clearly work is being done, on what you ask? Good question, make sure to look out for future updates as it progresses. 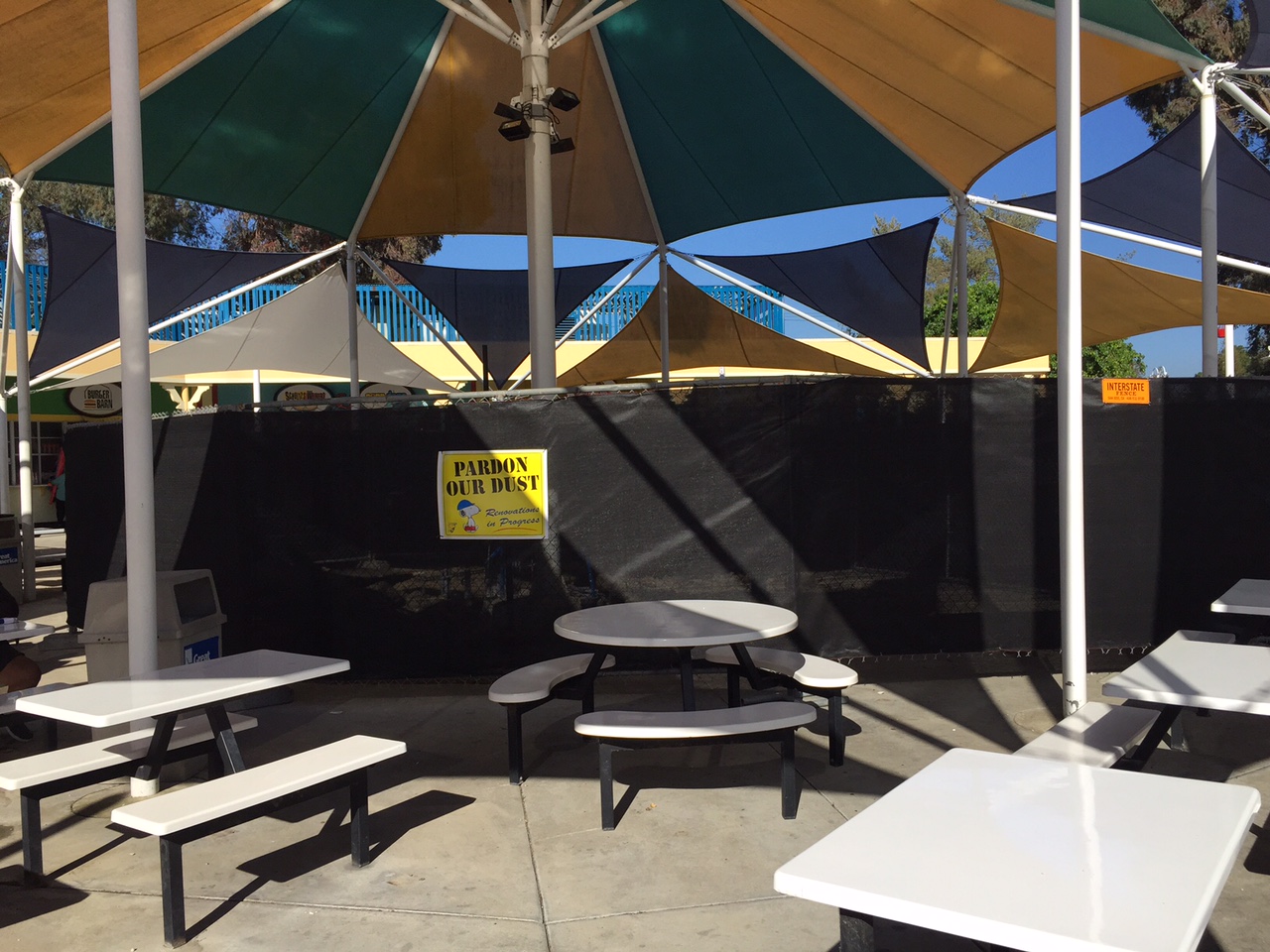 In contrast to last years opening day, there were very few rides closed, or running with minimal trains or vehicles. White Water Falls, and Tiki Twirl just for example were both open and as fun as ever. 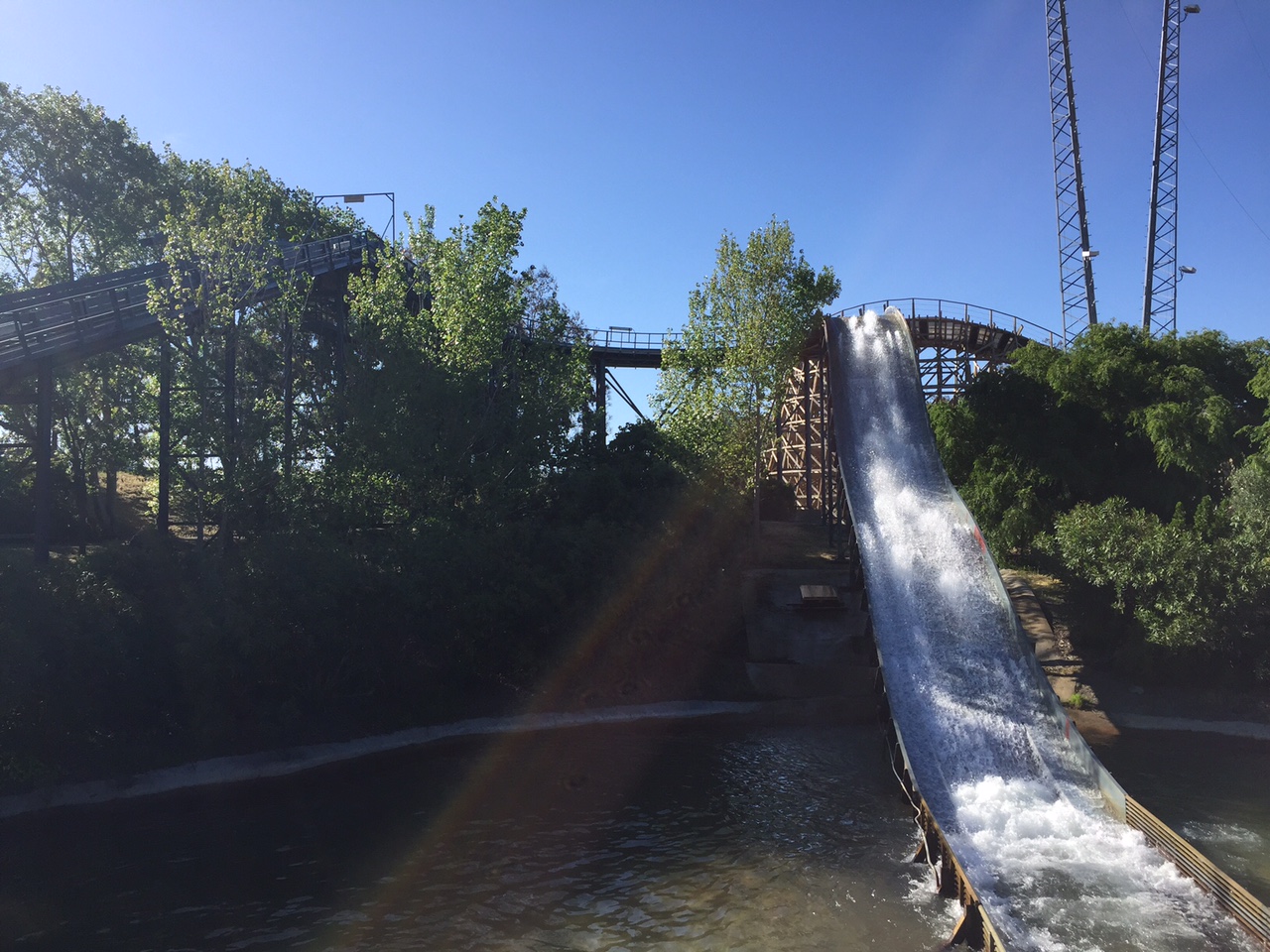 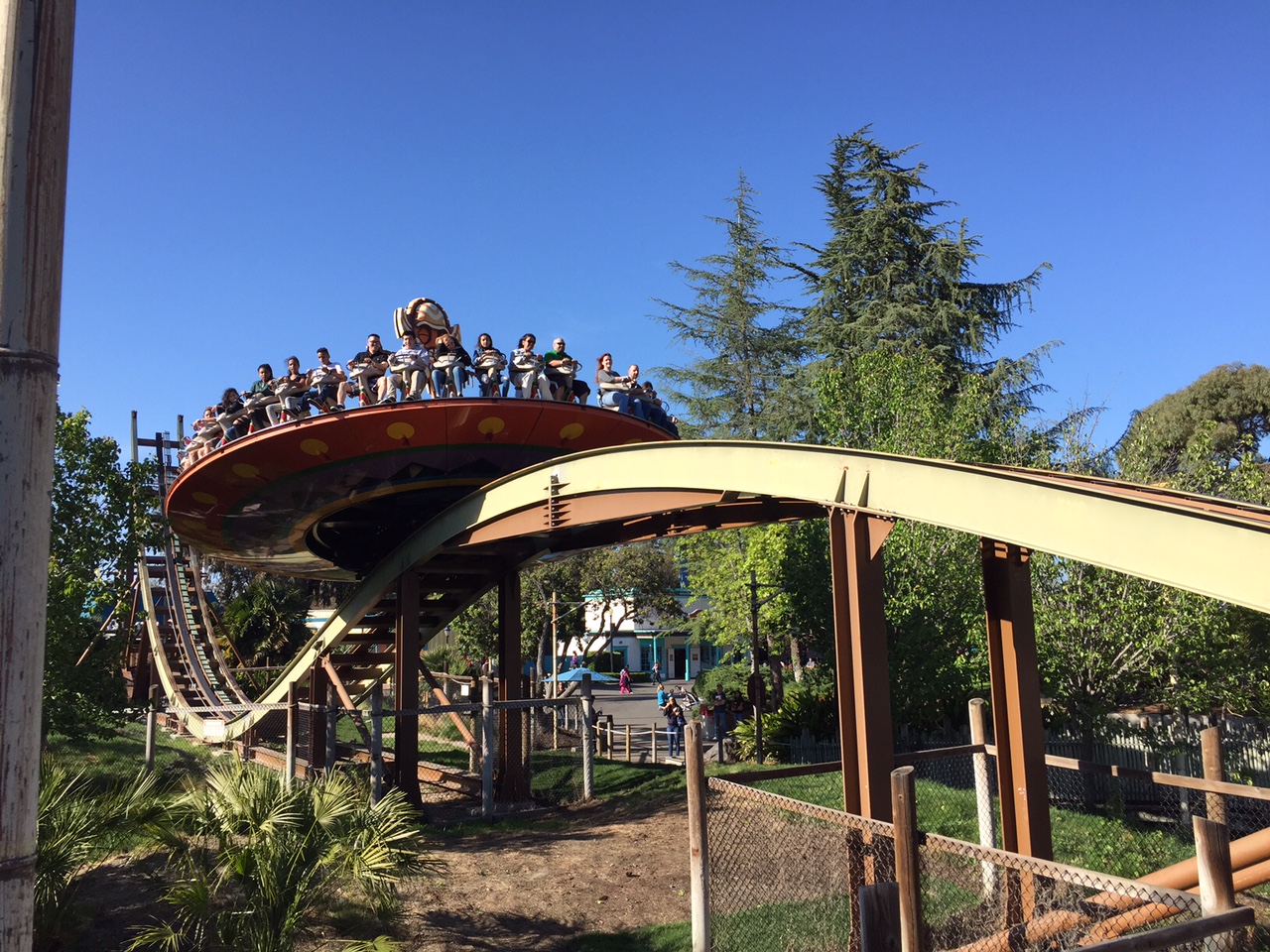 Speaking of flat rides, drop tower has received some but not all the love and care this ride could use. 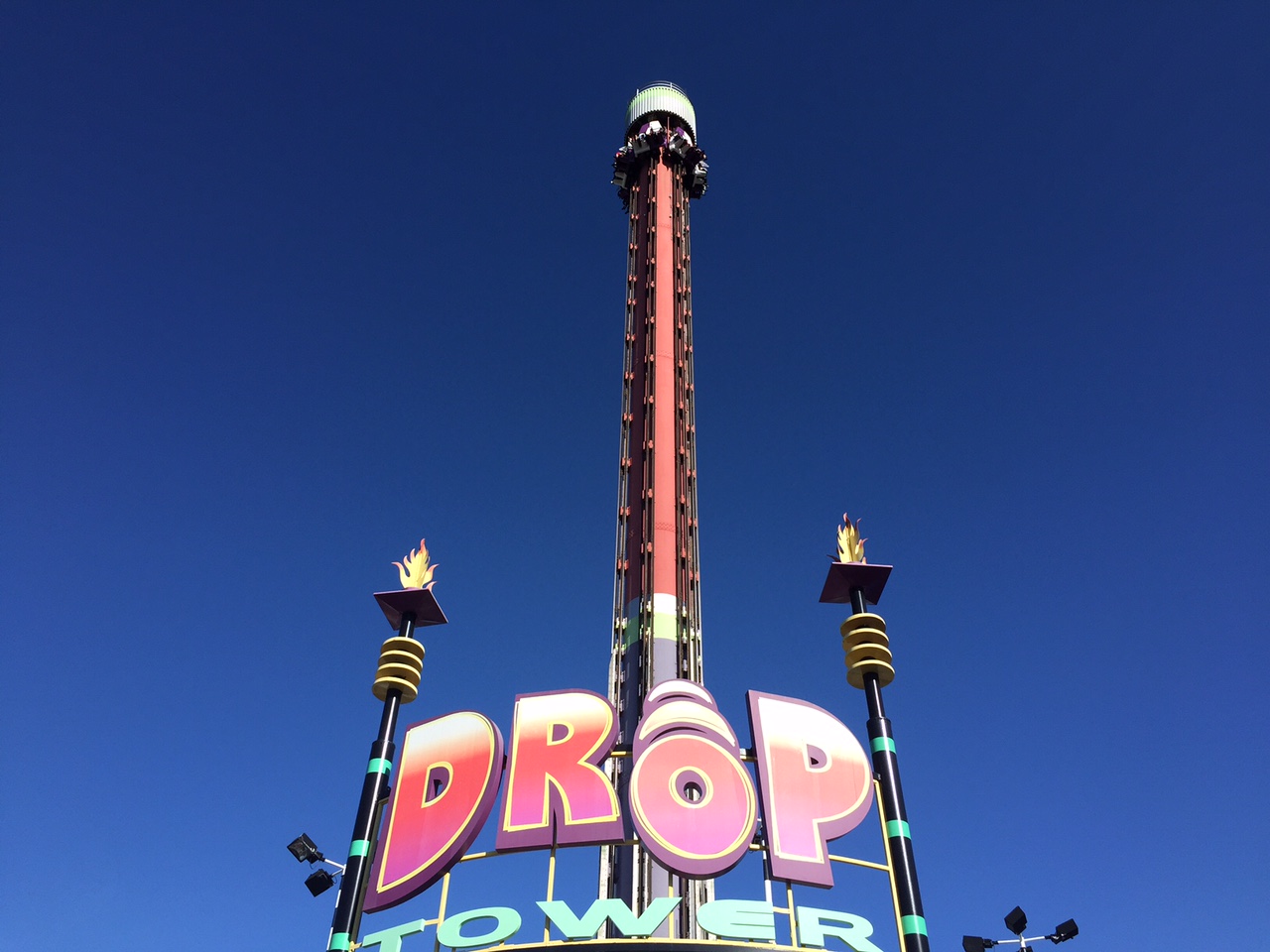 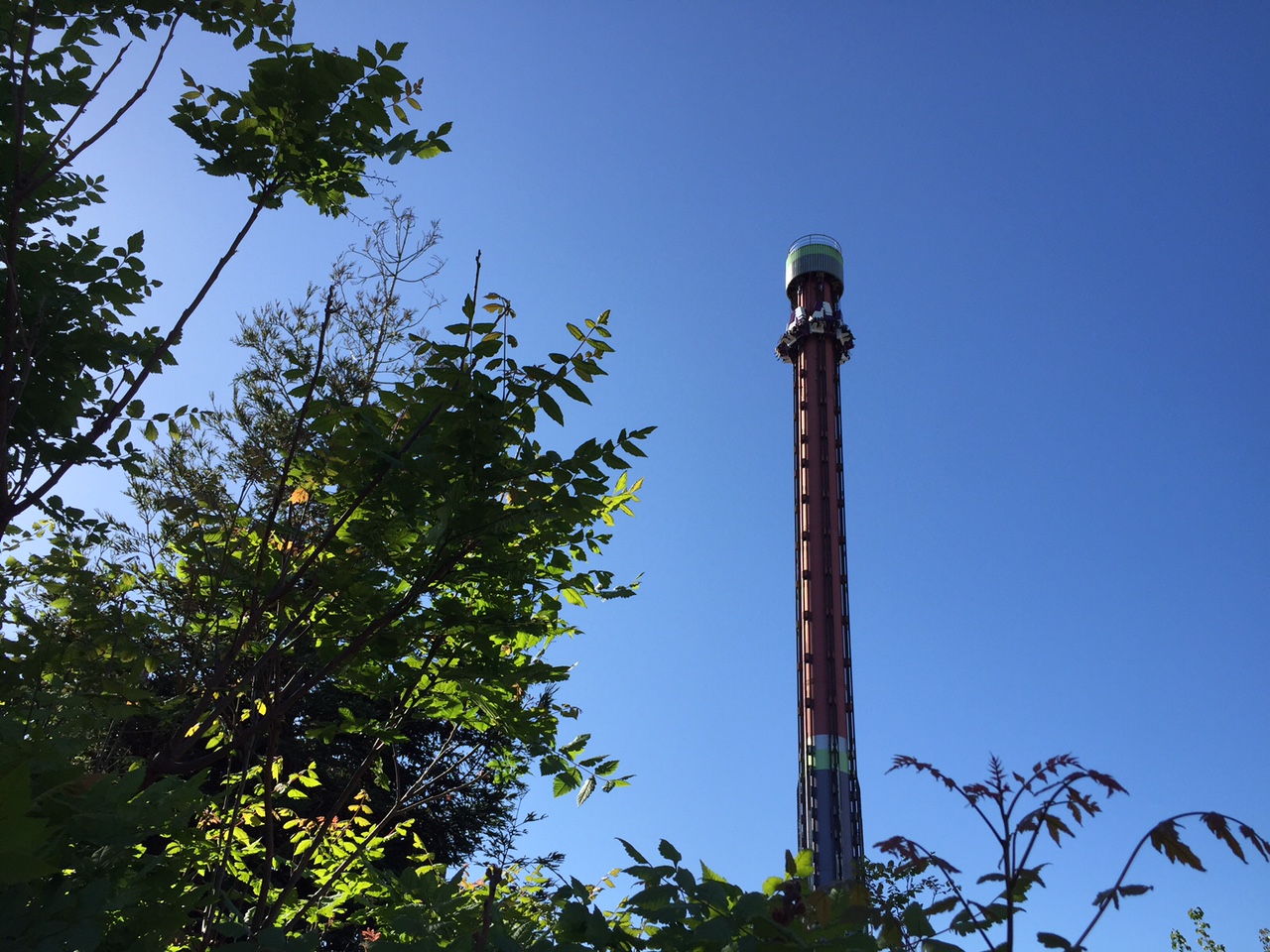 Although the station and tower are both still pretty run down, the cars have been, repainted, refurbished, and most importantly, all of them are in operation! 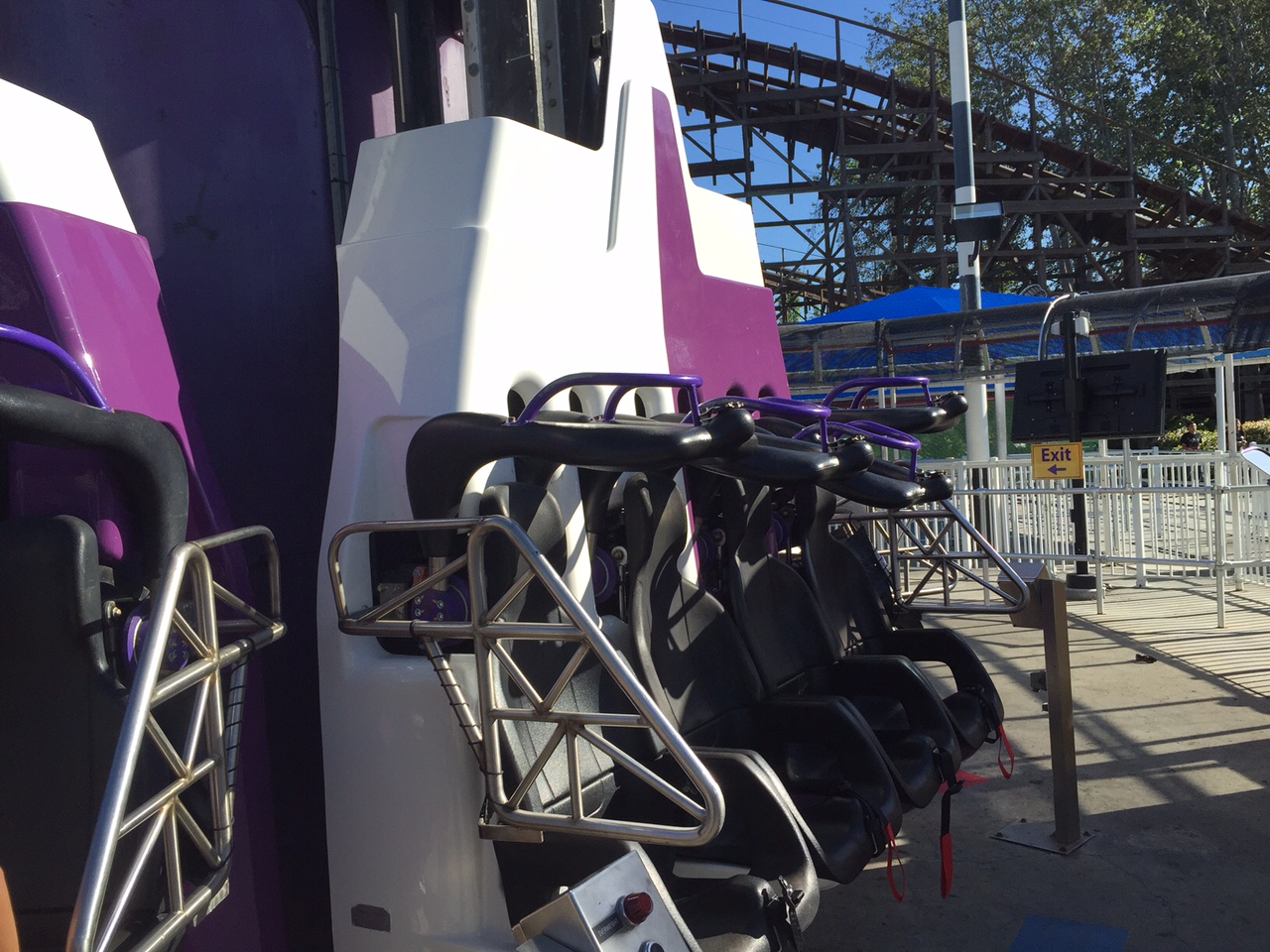 Demon has received a fresh coat of paint, and it sure looks fresh. The black track looks menacing next to the much darker red rails. The ride looks excellent, and was running pretty well also. 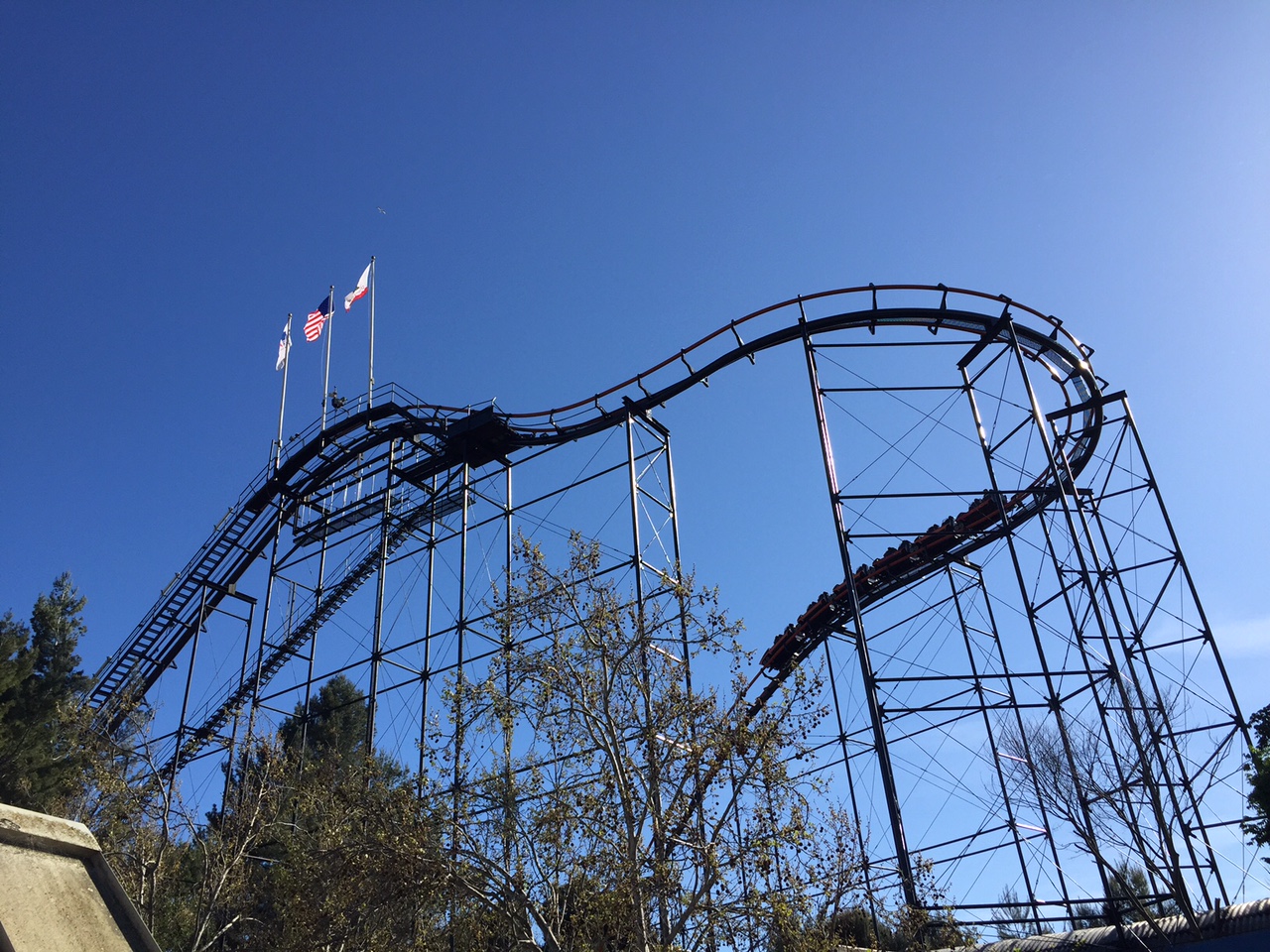 Grizzly had a lengthy line as always, and due to limited time we skipped it. Having not received any work over the off season, why wait for mediocrity. 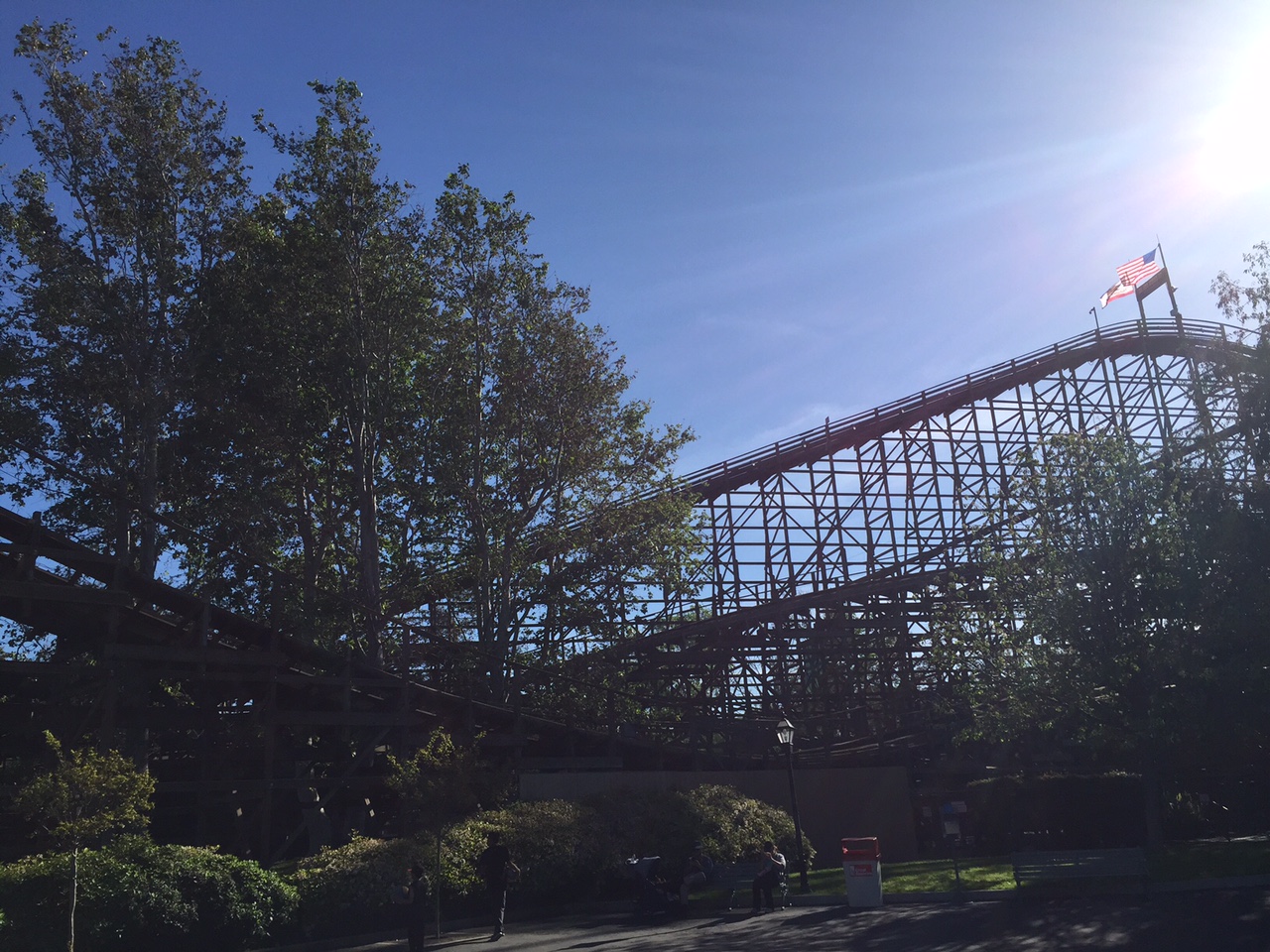 Delta Flyer is a treasure at the park, and our flight today was as relaxing as ever. 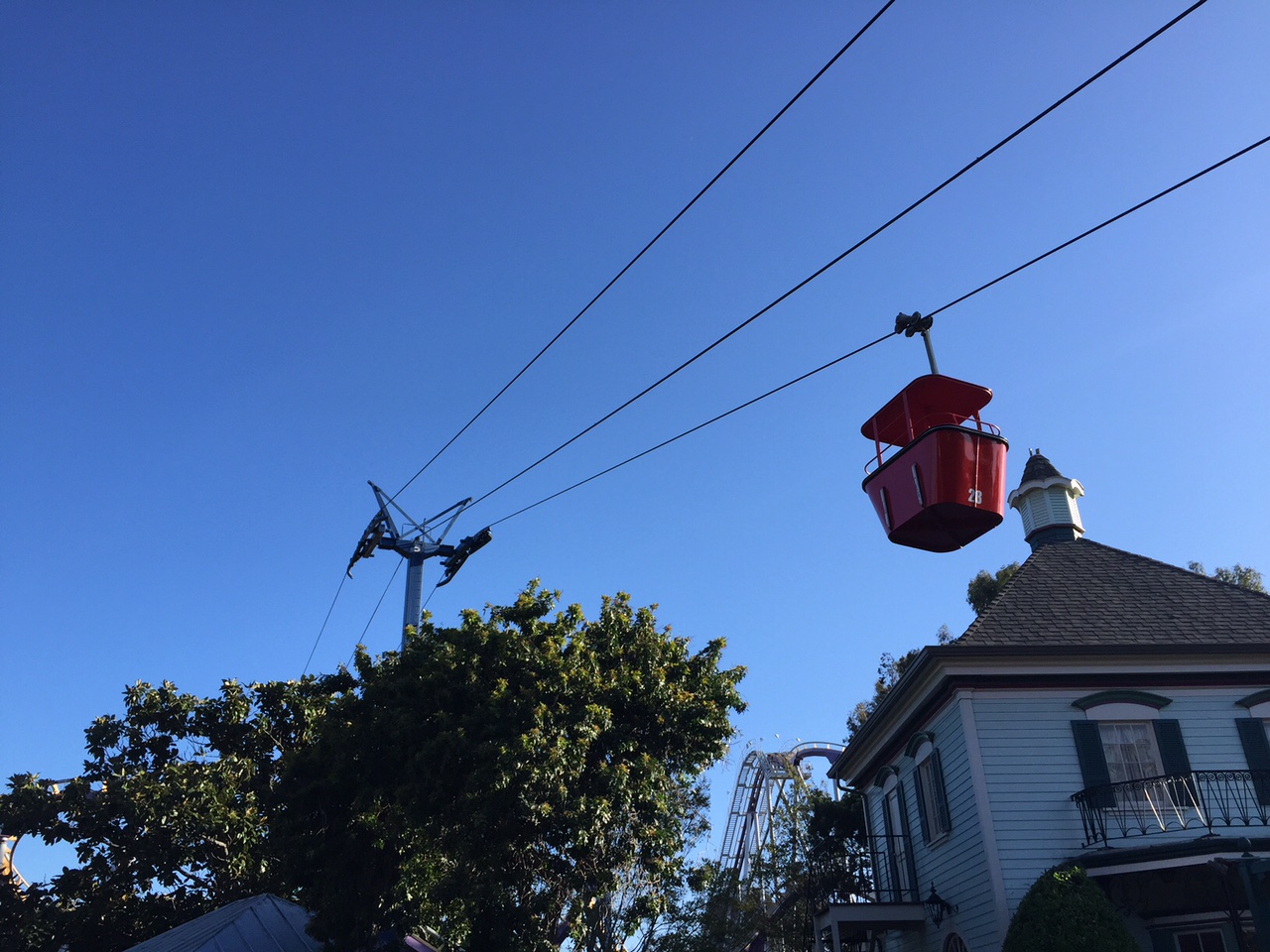 From Delta Flyer, some of the progress on Mass Effect: New Earth. As mentioned, it will not open until later this season, and from the looks of it, there is still quite some work to be done. 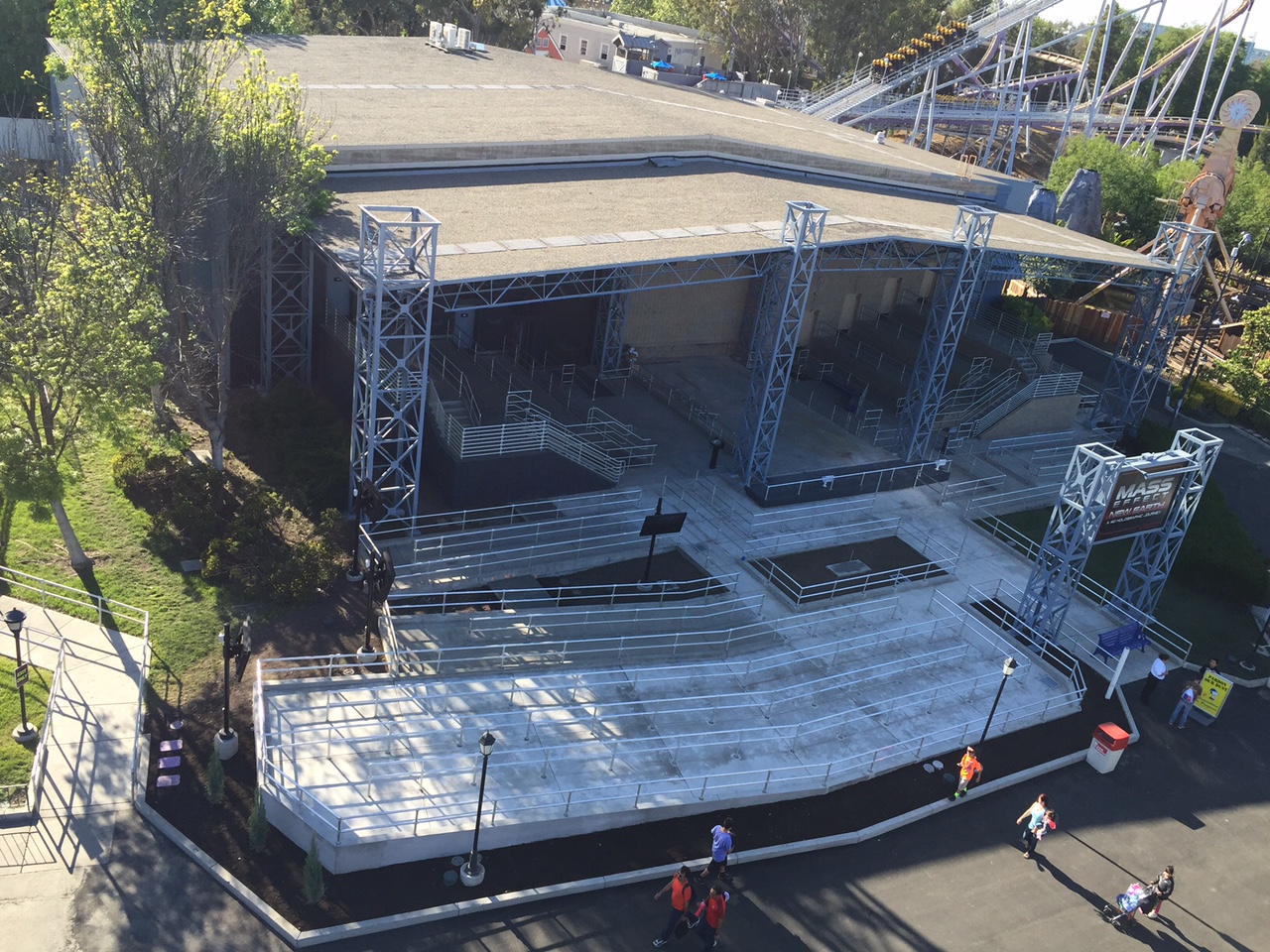 The entire queue area has been redone and looks great, including a brand new sign, but the interior looks as though construction is not yet finished. 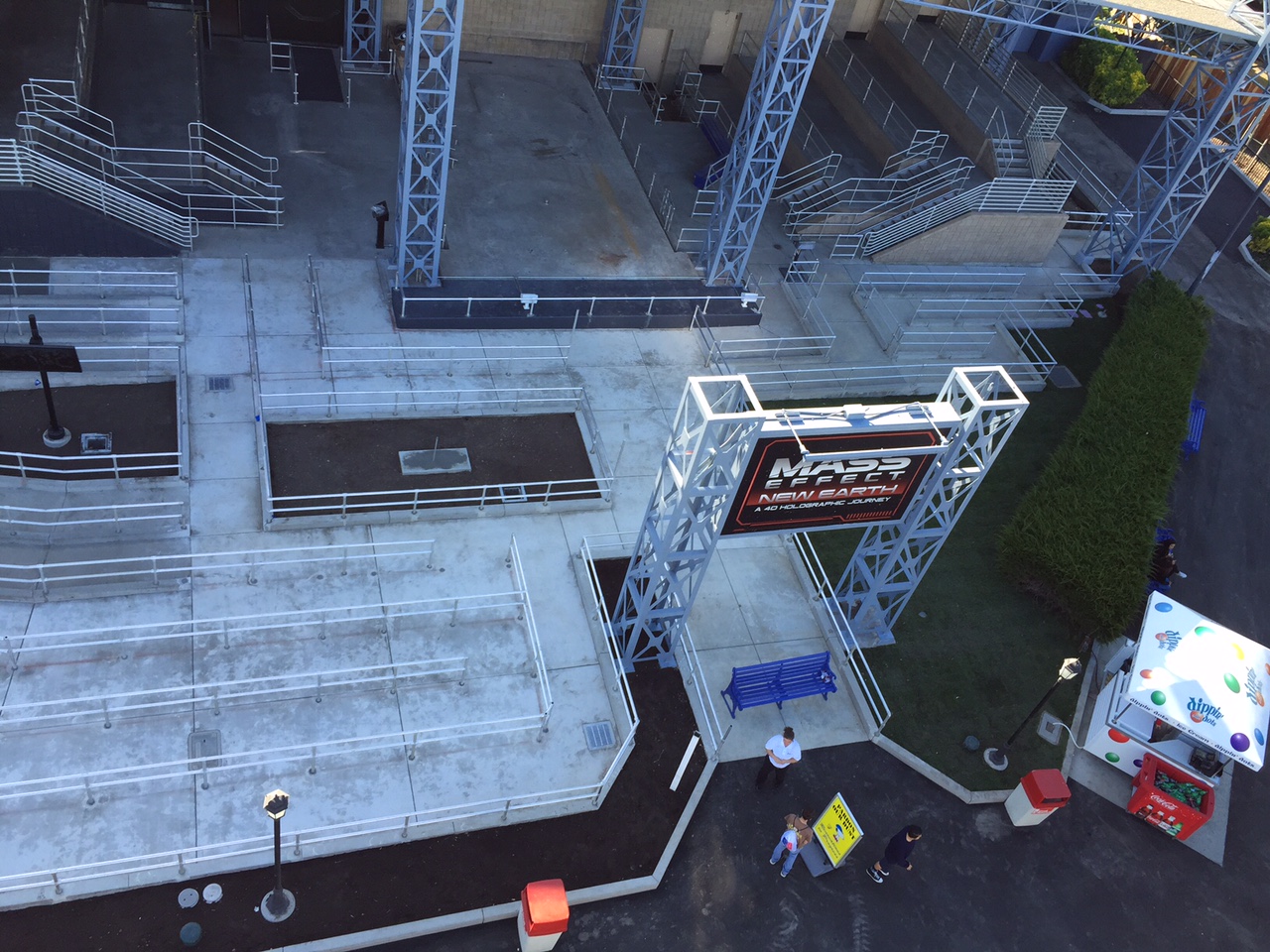 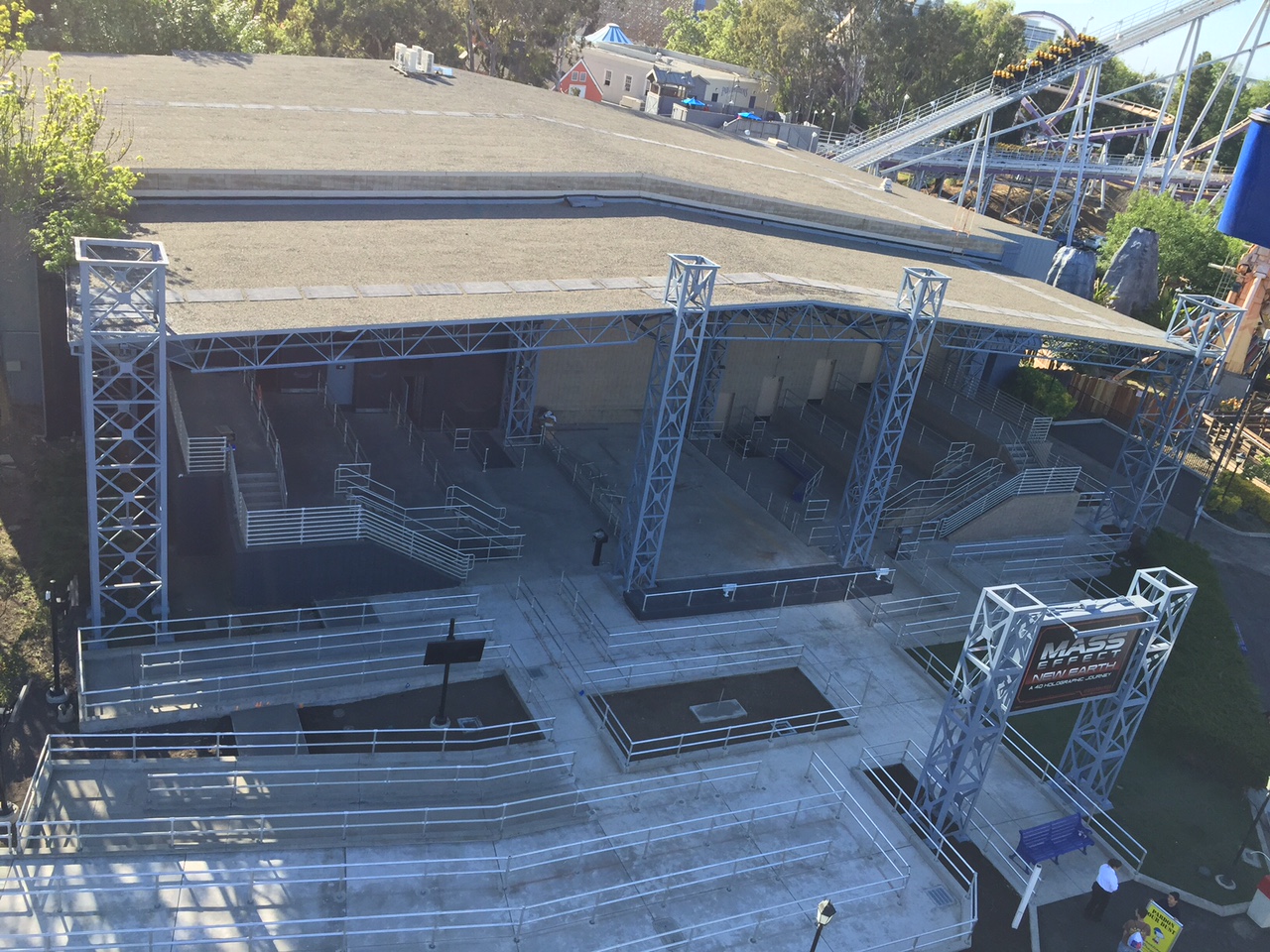 Firefall was essentially the only ride having trouble, with temperamental operation. In addition, there is no sign of any fire effects. Oh well. 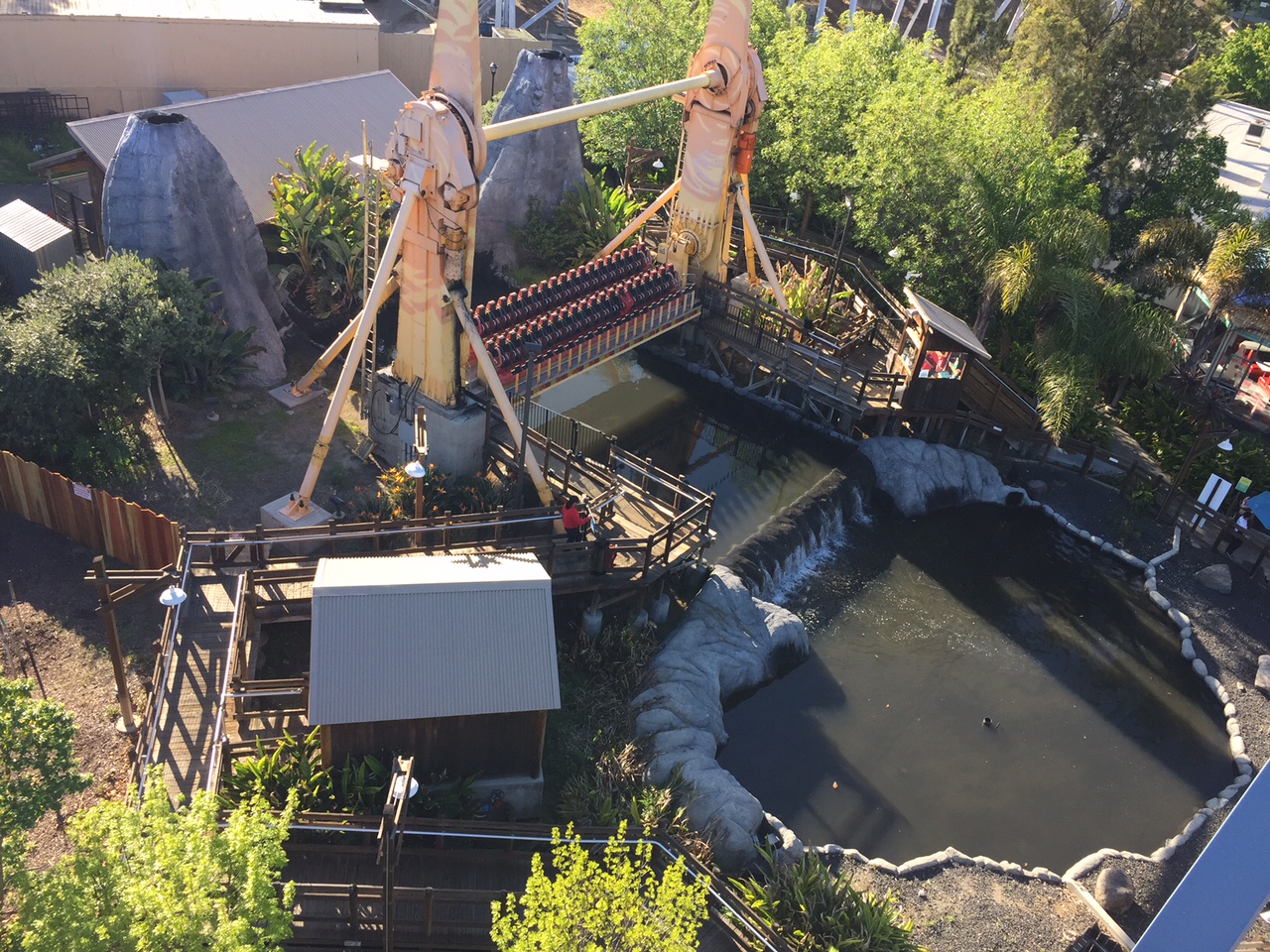 Vortex is running as well as it generally does. Contrary to what many feel,we think this ride is actually pretty fun, and considering the park’s lineup, should not go unappreciated. 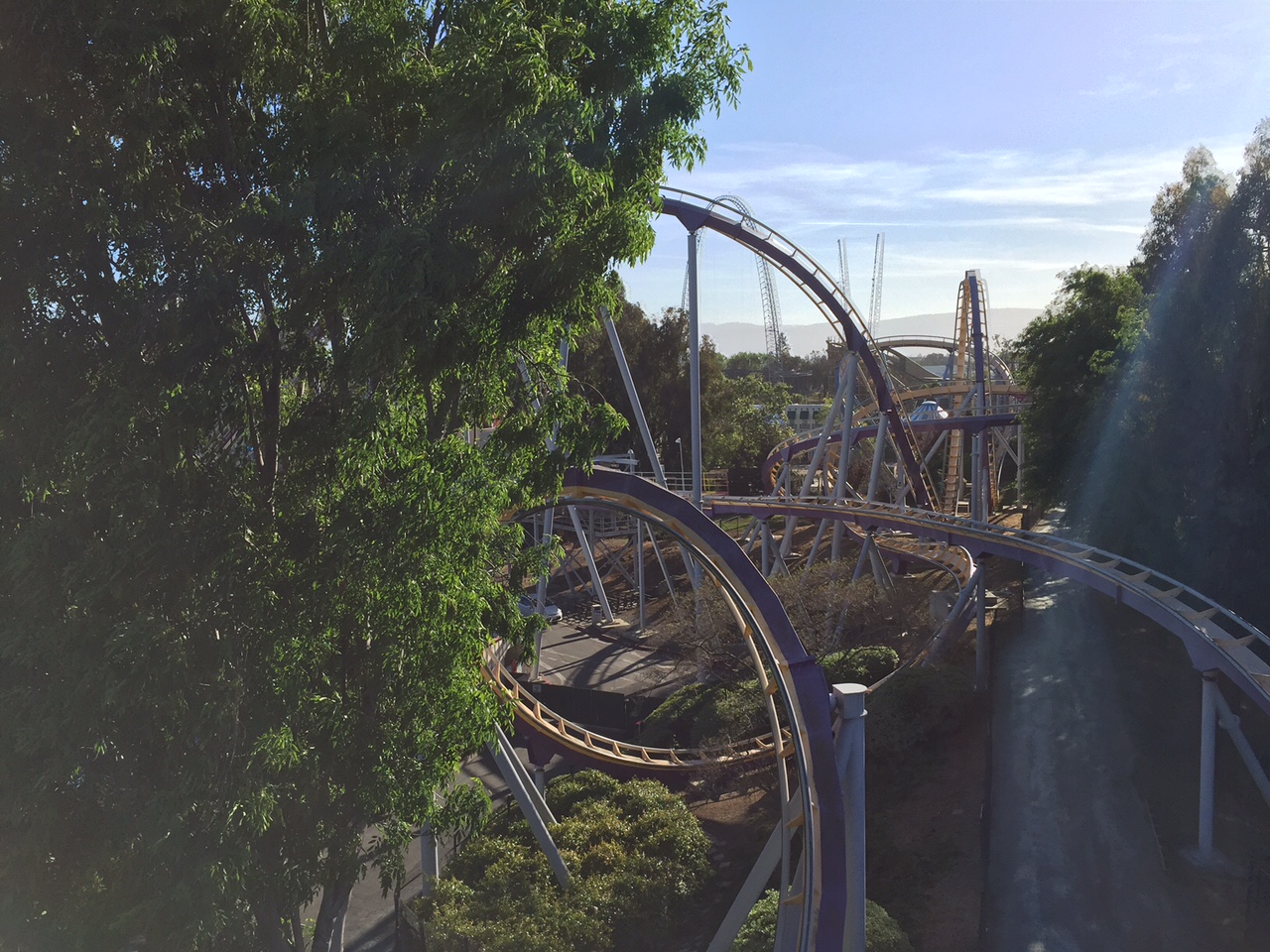 Flight Deck! Despite some slow two train operations, it was nice to see refurbished restraints and wheel guards on the trains, and the fast and smooth ride we had is a testament to the work that was done. 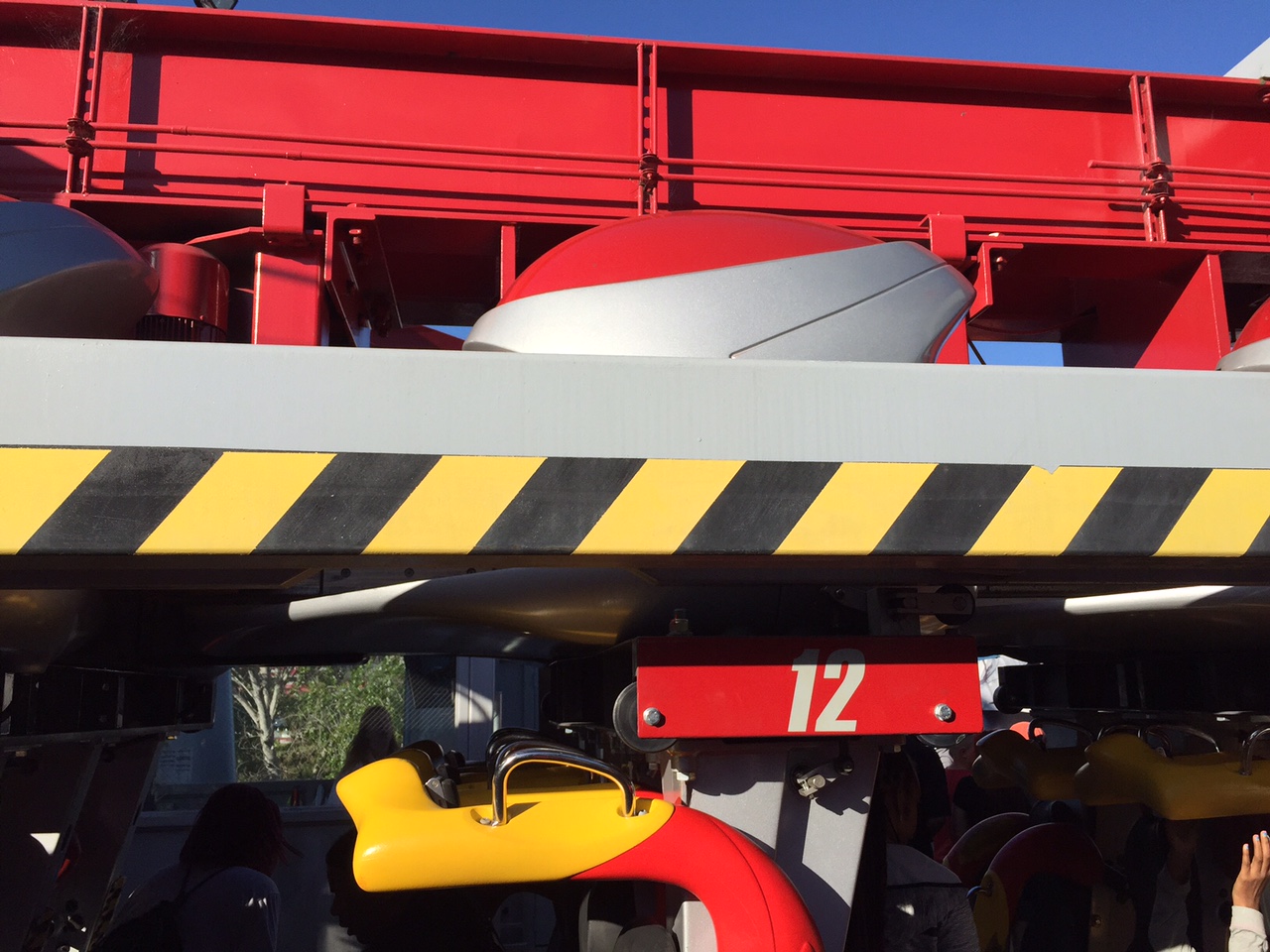 It was great to experience this the quick yet powerful punch Flight Deck delivers once again. The ride is as intense, and as pretty as ever. 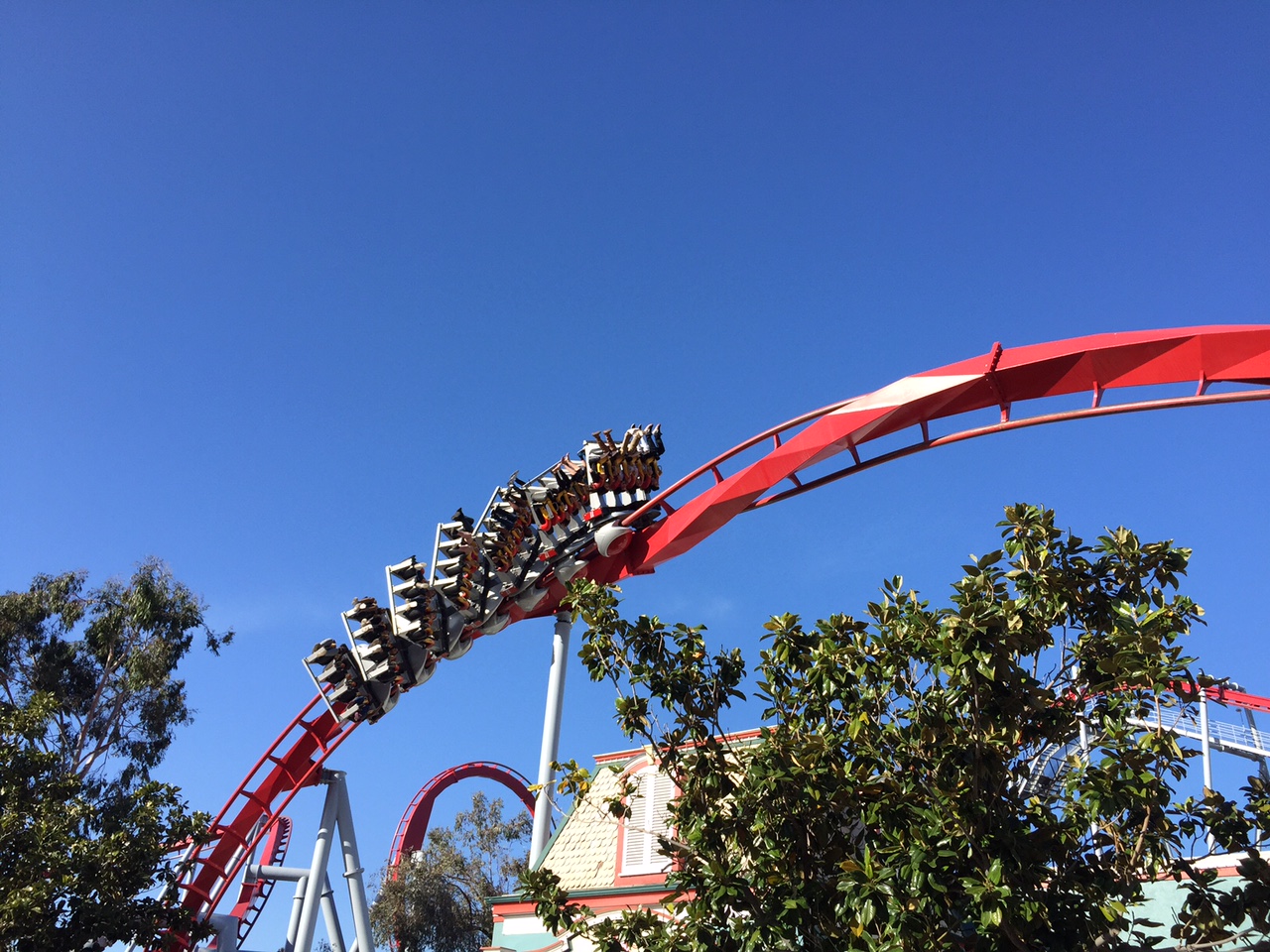 Gold Striker, what a great coaster. I must say, I was little worried that this GCI masterpiece would start to deteriorate after a few years of operation. It sure looks great, but how does it ride? 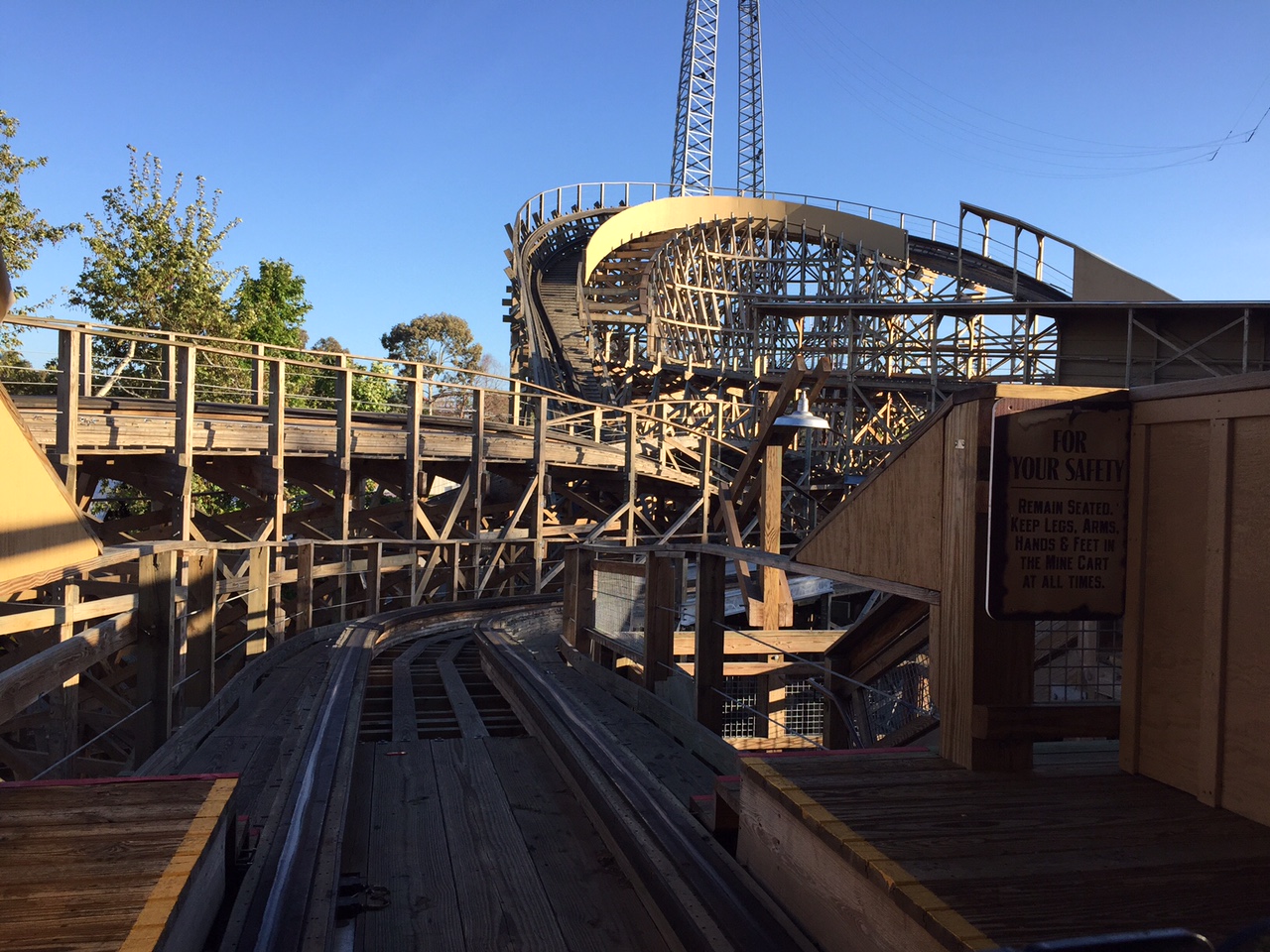 It rides phenomenally, Gold Striker was phenomenal. Some track work was apparently done over the off season, which was more than evident in its smoothness. It could have also helped that it had a chance to shake off some dust during the park’s super bowl event. Whatever, the case, Gold Striker was running just about as good as it ever has. 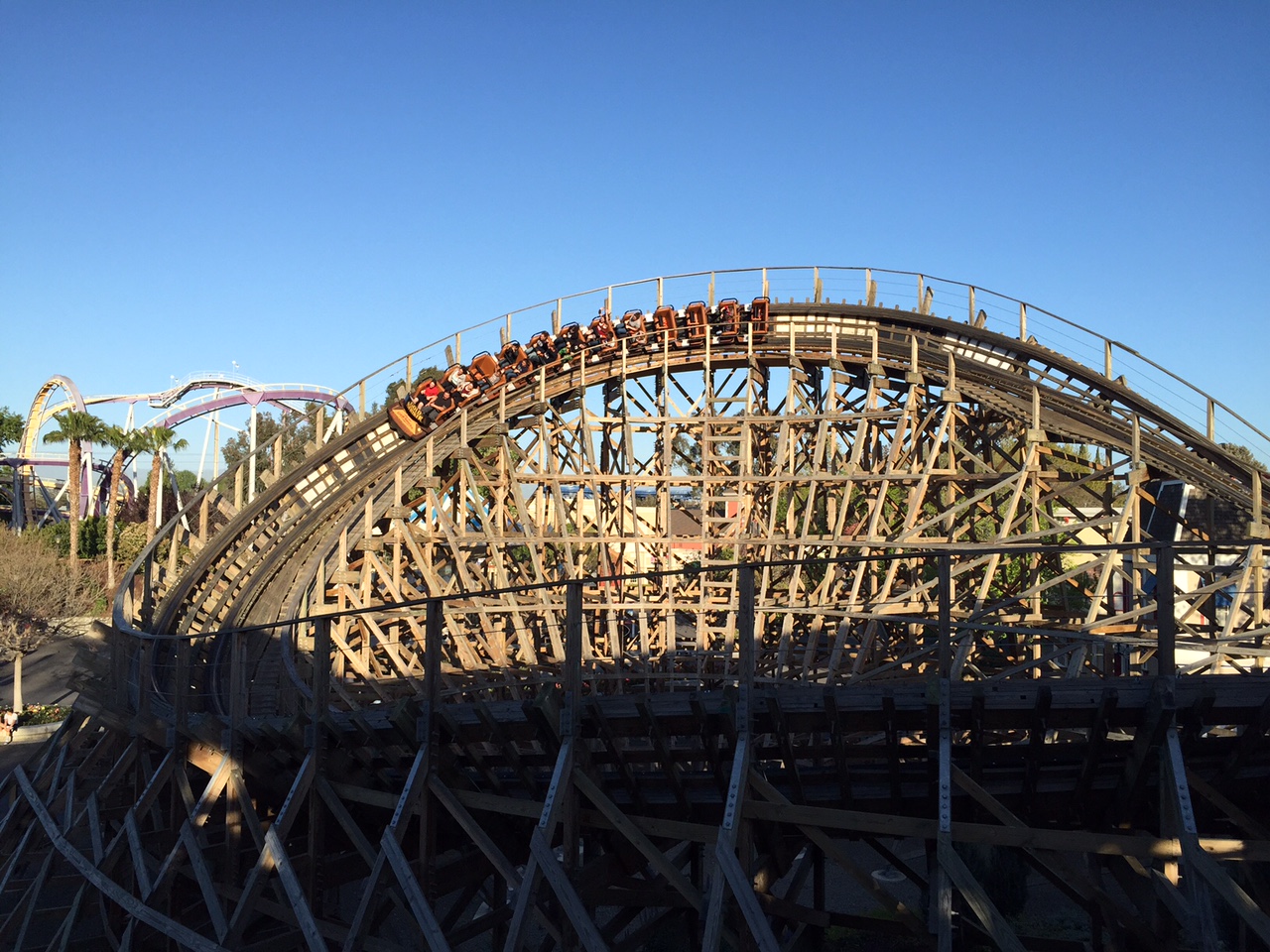 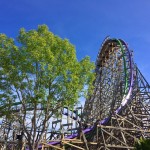 Thanks for checking out this California’s Great America opening day 2016 report! We were also at The New Revolution’s Media Day today, check out our report of it!

We also just published a brand new THE JOKER Update! Make sure to check that out! 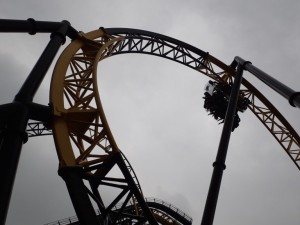 On a cool note, related to new rides opening, and parks opening… one of our European crew members was at the media event and opening of Walibi Holland’s fantastic new Mack coaster: Lost Gravity!

Head over to European Coaster Kings and check out our report!