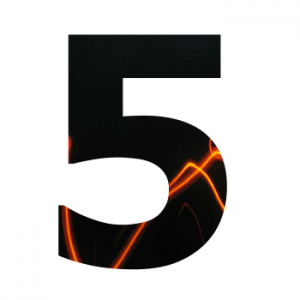 Medusa at Six Flags Discovery Kingdom opened in 2000 and is still the region’s largest coaster, 17 years later. The ride is known for featuring the World’s only Sea Serpent Roll, which is our favorite element on the ride. But what gives Medusa that edge over other rides? Its layout. After a fast paced journey seems as though it is finally beginning to run out of gas, riders are slammed into their seats with punishing positive Gs through a swift and powerful tight-helix before sliding into an s-curve and into the brake run, giving an amazing, yet often forgotten, finale. 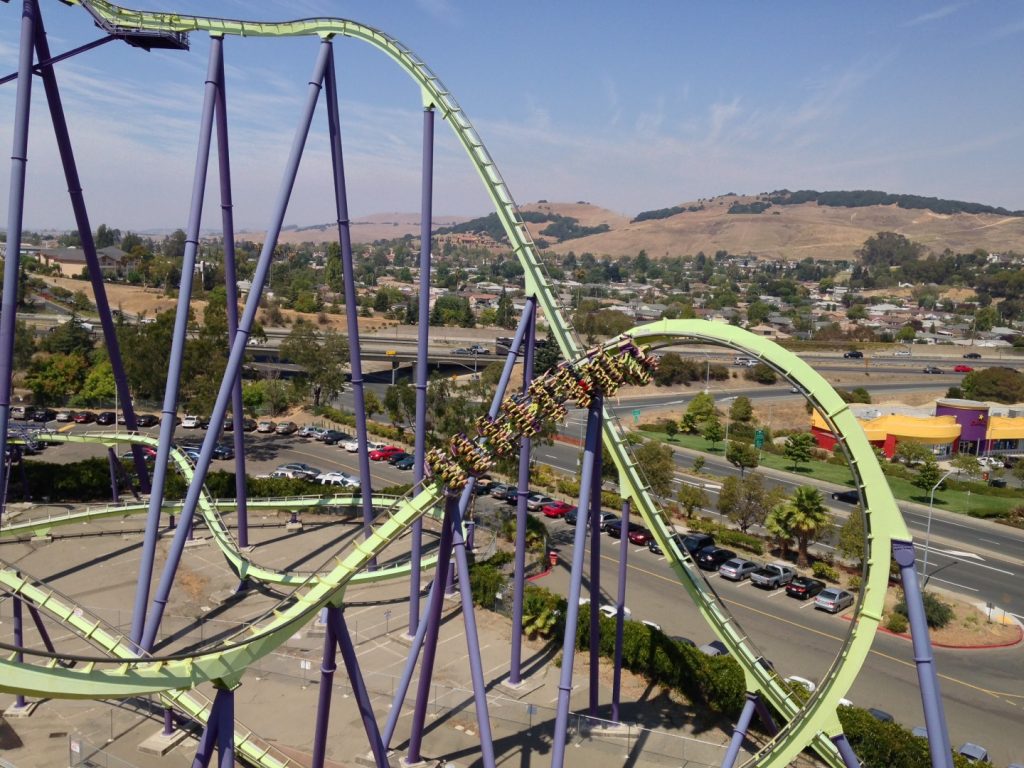 It would be fair to say that X2 is a crazy, awesomely thrilling experience the whole way through, but just as you thought X2 was about to be over, two flame throwers blow fire over the train (when they’re working…) as it enters the the last major element: the Outside Raven Turn. Often experienced as rough, we’ll be the first to admit that this finale is not for the faint of heart. Unless you’re in the first few rows, the rapid rotation of the ride’s seats along with the snappy transition diving below the element’s incline sure can beat you up. But perhaps that’s exactly why we love this finale that much. This crazy ride’s most intense element surprises guests as the finale to the X2 experience! 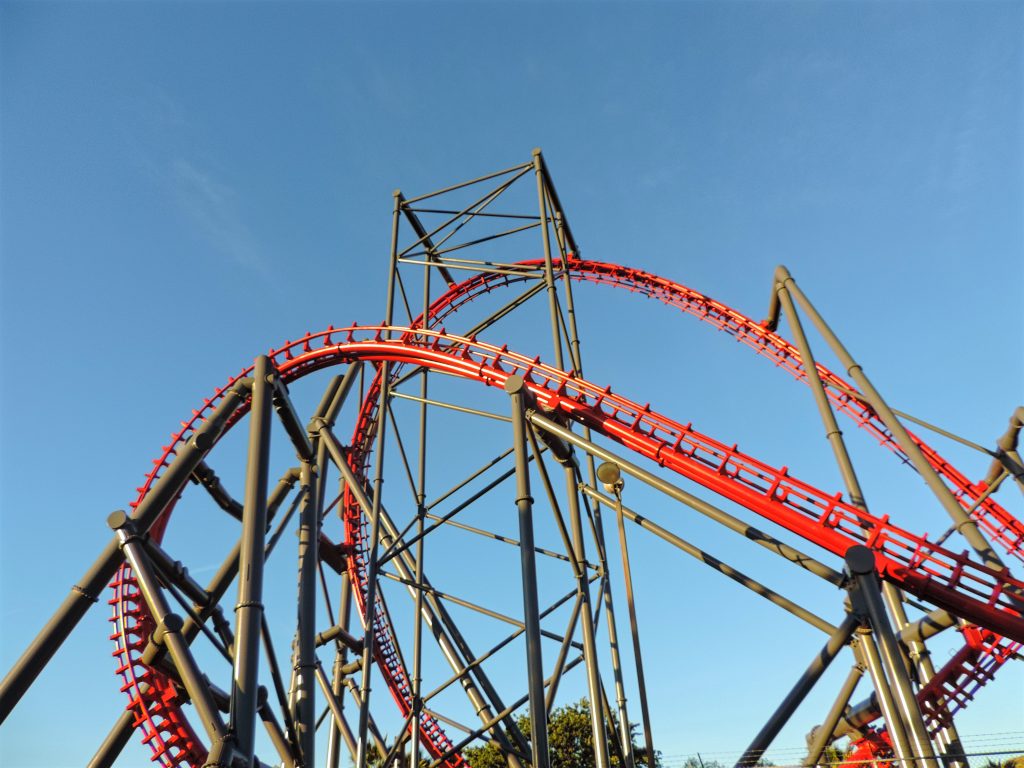 The GhostRider finale has always been a signature element on the 1998 wooden coaster, but ever since its 2016 relaunch with changes made by GCI and the brand new Millennium Flyer trains, the ride’s finale has been insane! GhostRider combines mostly airtime with several small turns throughout its course, but once the train has passed last set of small hills it runs into the barely banked final helix that features a small drop in the center. The outward laterals are intense as the wheels on the right side of the train even lift off the track! The train runs through the helix in a few seconds and riders hold on tight as they are swung left. The helix then ends with a quick airtime hill into the magnetic brakes. This element is by far the most intense part of the ride, worthy of the number three spot in today’s list. 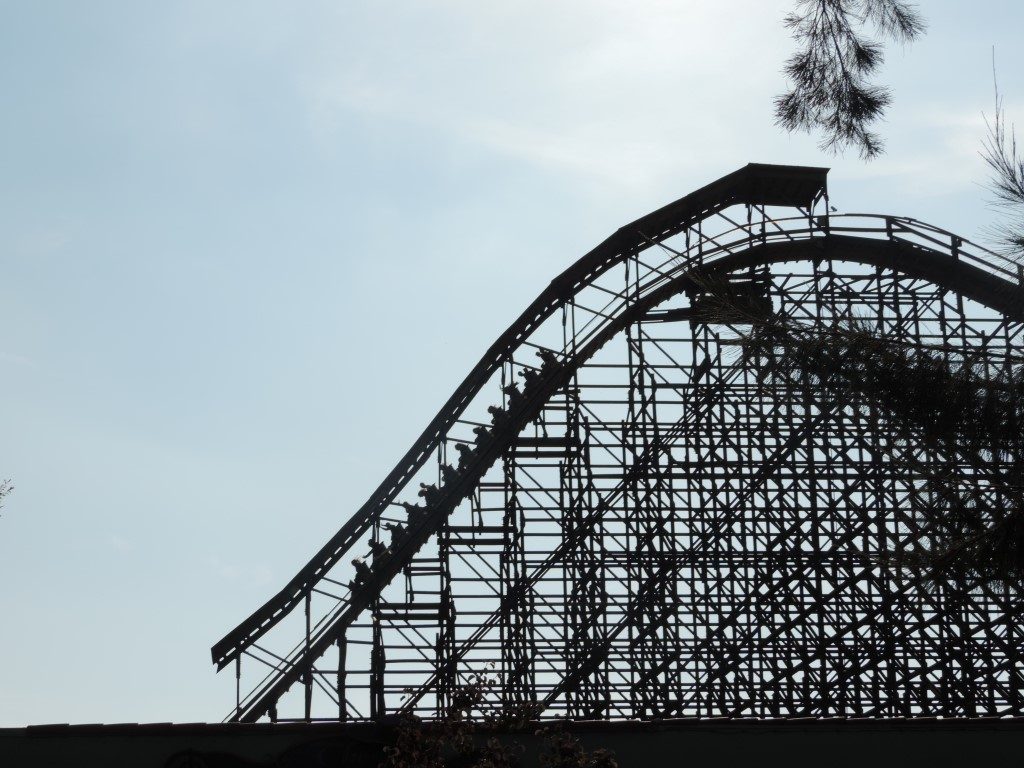 If you’ve been a California Coaster Kings reader for a while then you are aware of our insane love for the small B&M Inverted Coaster that is Flight Deck at California’s Great America. Though the ride may be a bit short, the final element is one of the most stunning and thrilling elements around. After the train runs over the station it dives towards the lake located on the edge of the park, it flies through a corkscrew before dipping low to the water for a tight intense helix over the swampy water. Unlike manmade lakes inside parks, the fresh water is very cool, and even on hot days rushing through this helix is accompanied by a fresh breeze. For a quick and snappy coaster, the ending couldn’t be any more perfect! 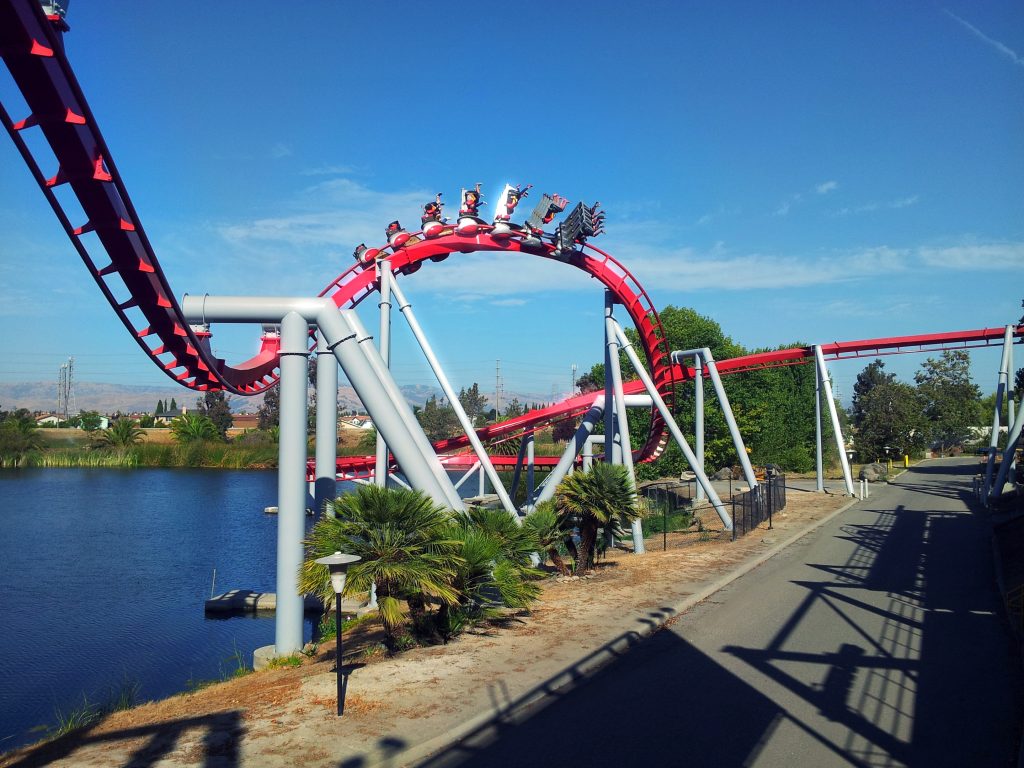 It mustn’t be a surprise that Tatsu’s spectacular elevated helix, high above the Valencia Falls and Six Flags Plaza is the most stunning finale in the state of California. Not only is the ride’s layout amazing to begin with, but the ride has the perfect intense ending with views that simply can’t be topped. Tatsu’s finale is our favorite coaster finale in the state for the simple reason that there’s nothing better than flying high above the park, get a birds eye view of the park and surrounding mountains before hitting the final brakes! 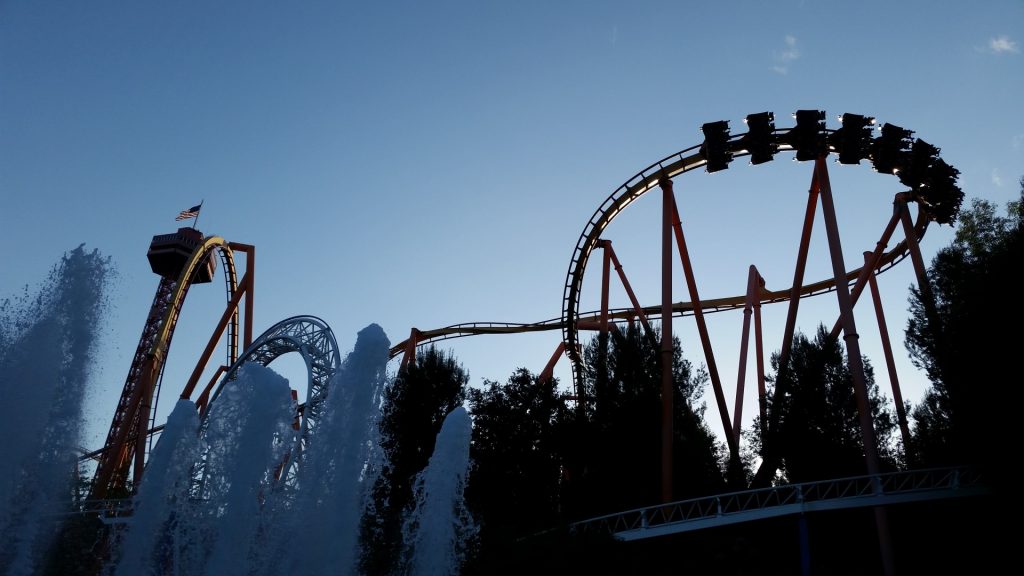 Thank you for checking out this list of 5! Let us know what your favorite coaster finale in California is below or on our Social Media platforms! Over the years we have launched a lot of ‘The 5’ lists, and we recommend you check some of them out, here! Stay tuned for more of these articles in the near future!