Lots of exciting news in this update! Besides a lot of construction work and track placement on Twisted Colossus, Scream!’s currently undergoing its repaint, and we’re one of the first to publish about the new colors!

Let’s start with Twisted Colossus itself!

They’re still working with the drops, notice how more of the block-brake structure has been dismantled below. 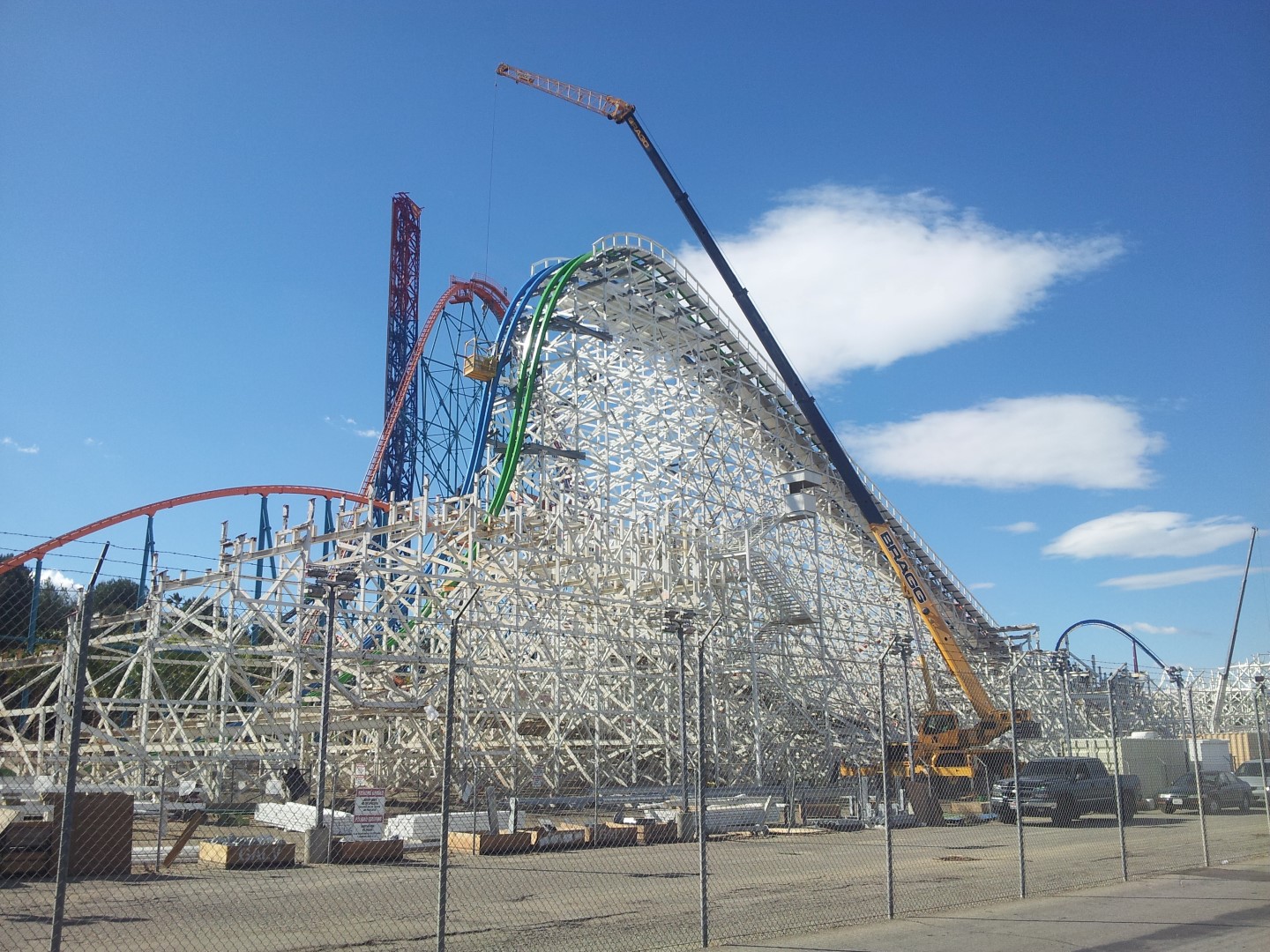 Both ascents to the High Five element have been placed, ’til we see more steel beams go up in the structure, we don’t expect the actual High Five part to be installed for a while. 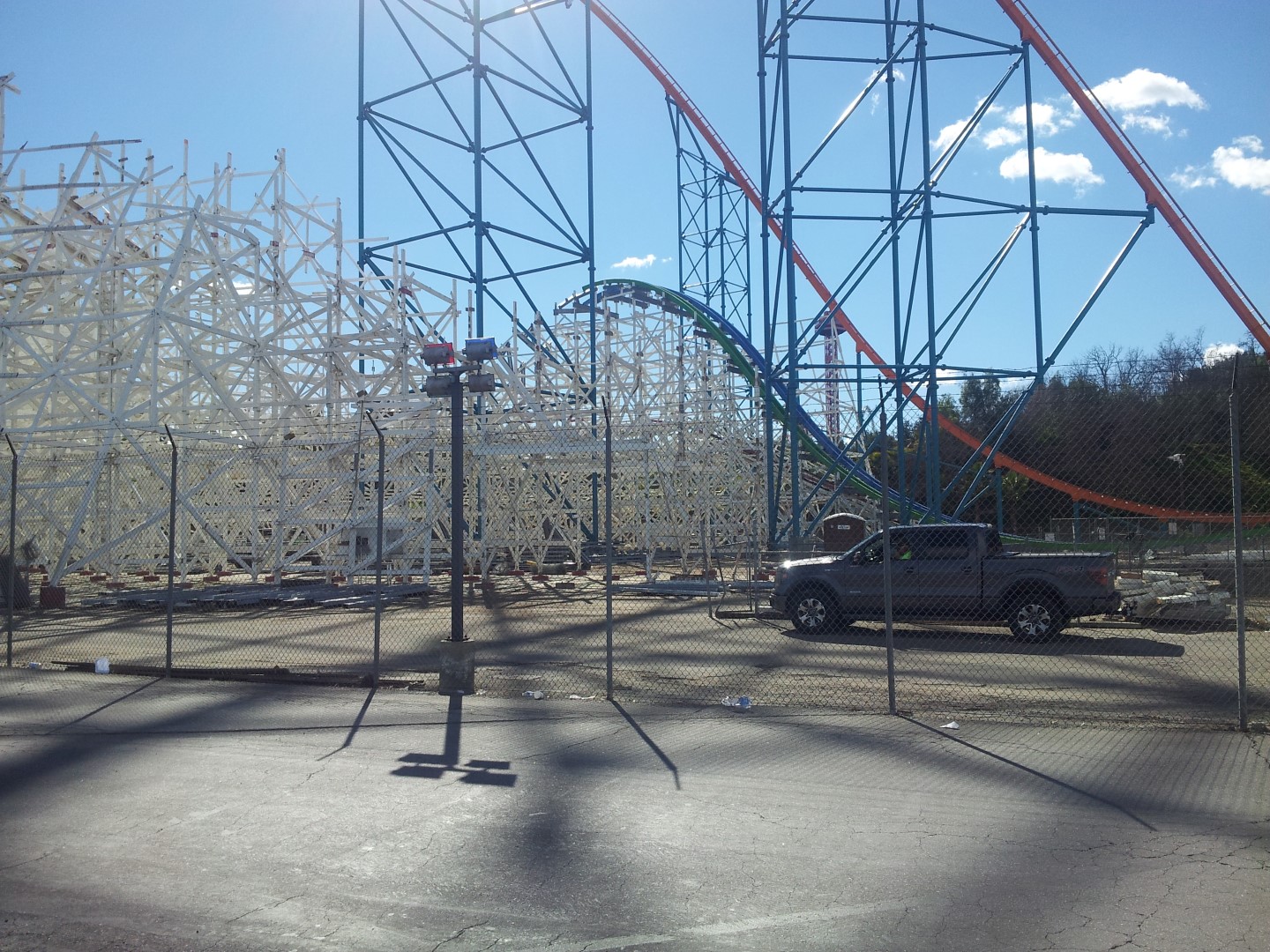 Though notice the wooden structure on the side of the parking lot has a lot more steel connectors now, indicating that the steel beams are to be placed soon. 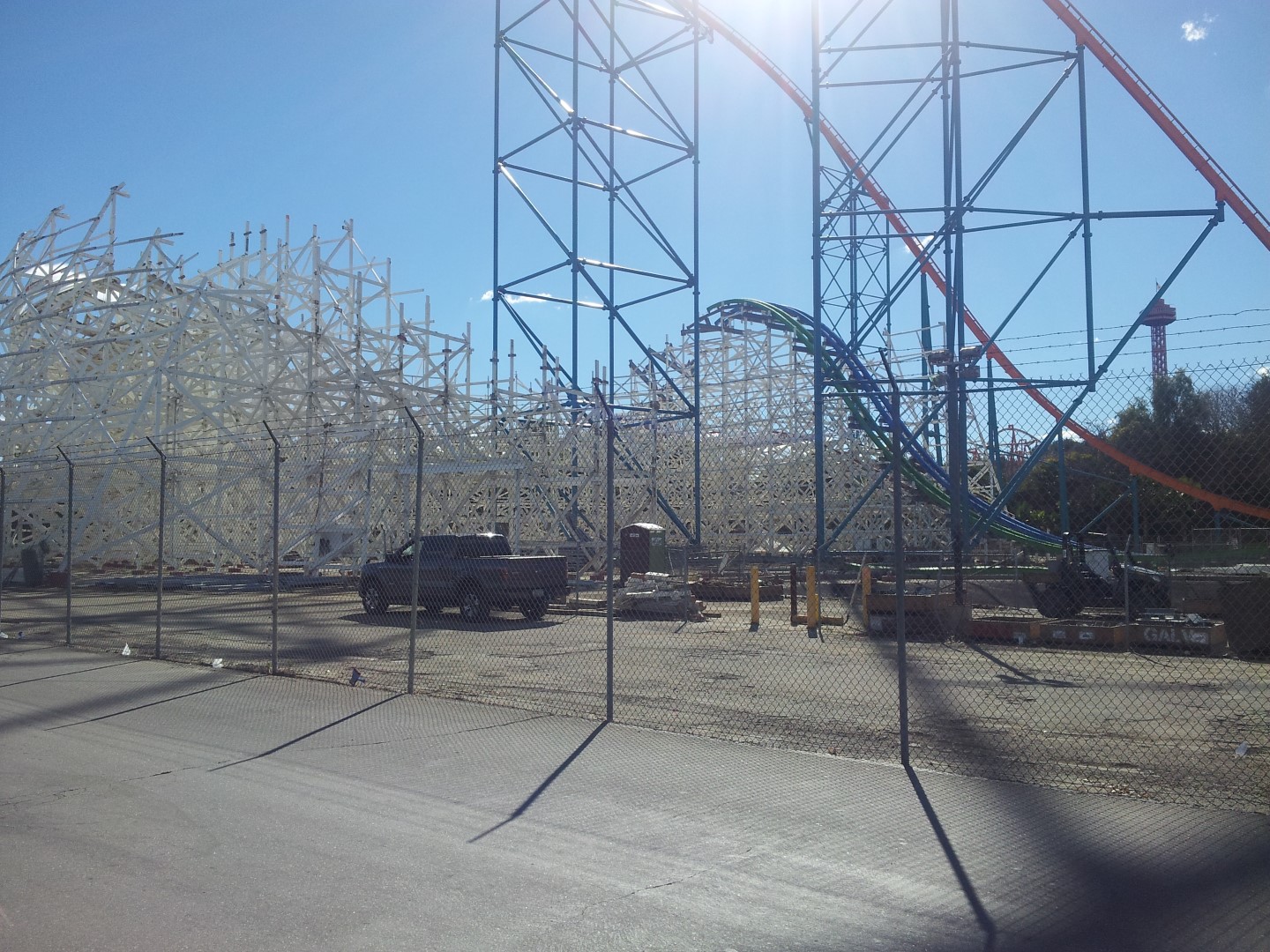 The green track that you see here is for the final brake-run, and turn to the station. Again, notice the block-break structure’s dismantling process. 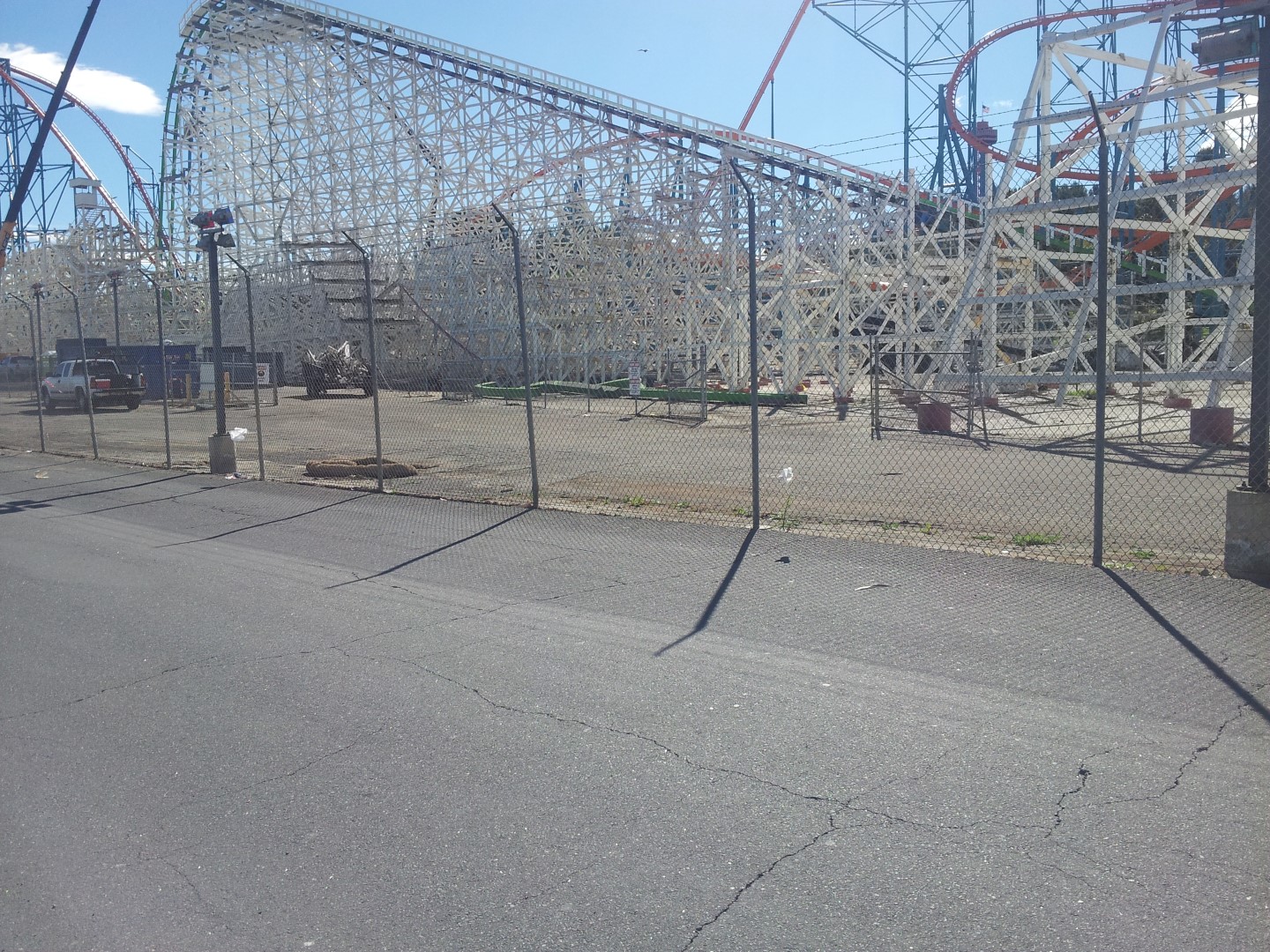 The transition from blue to green is being installed currently. 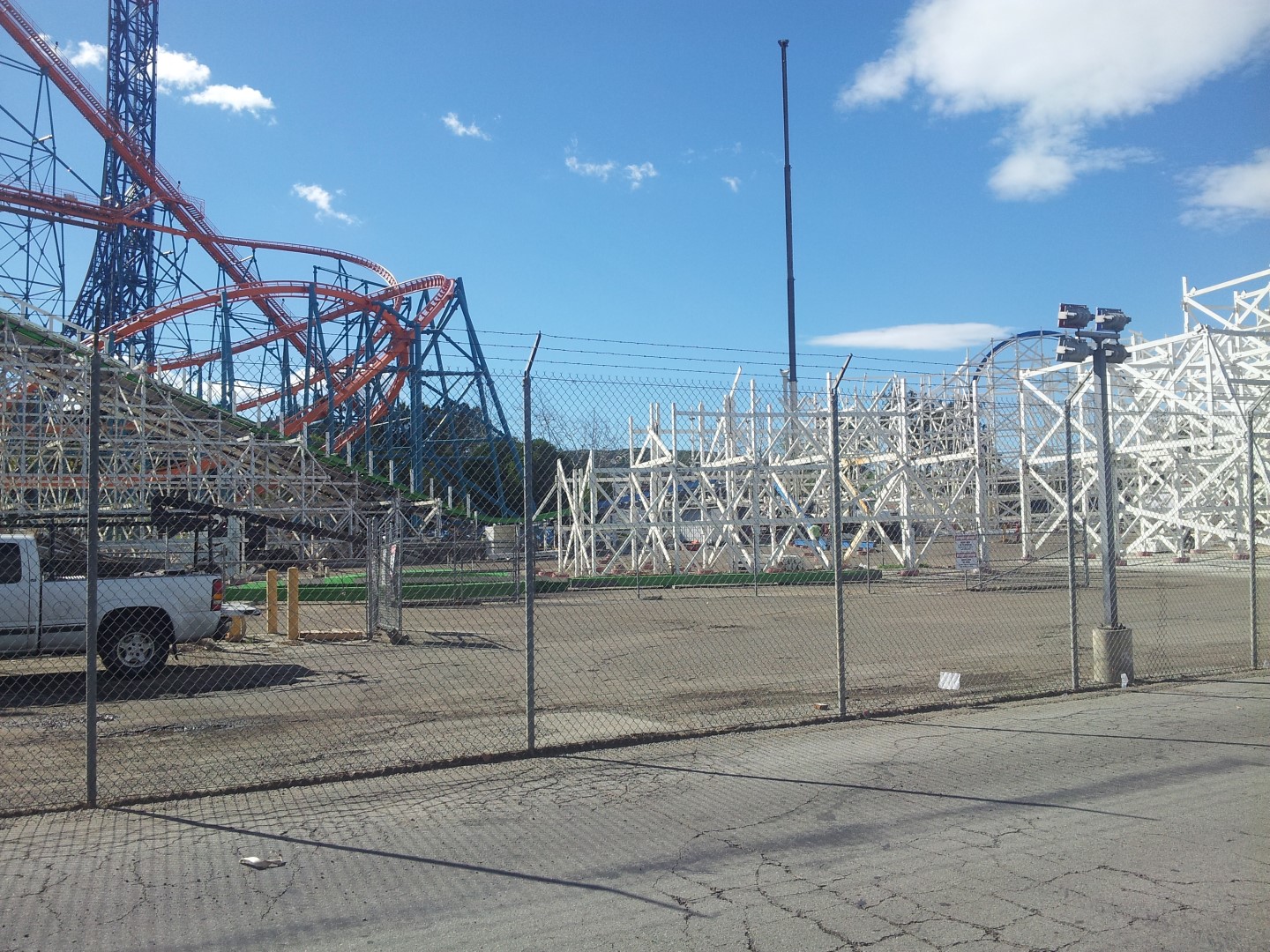 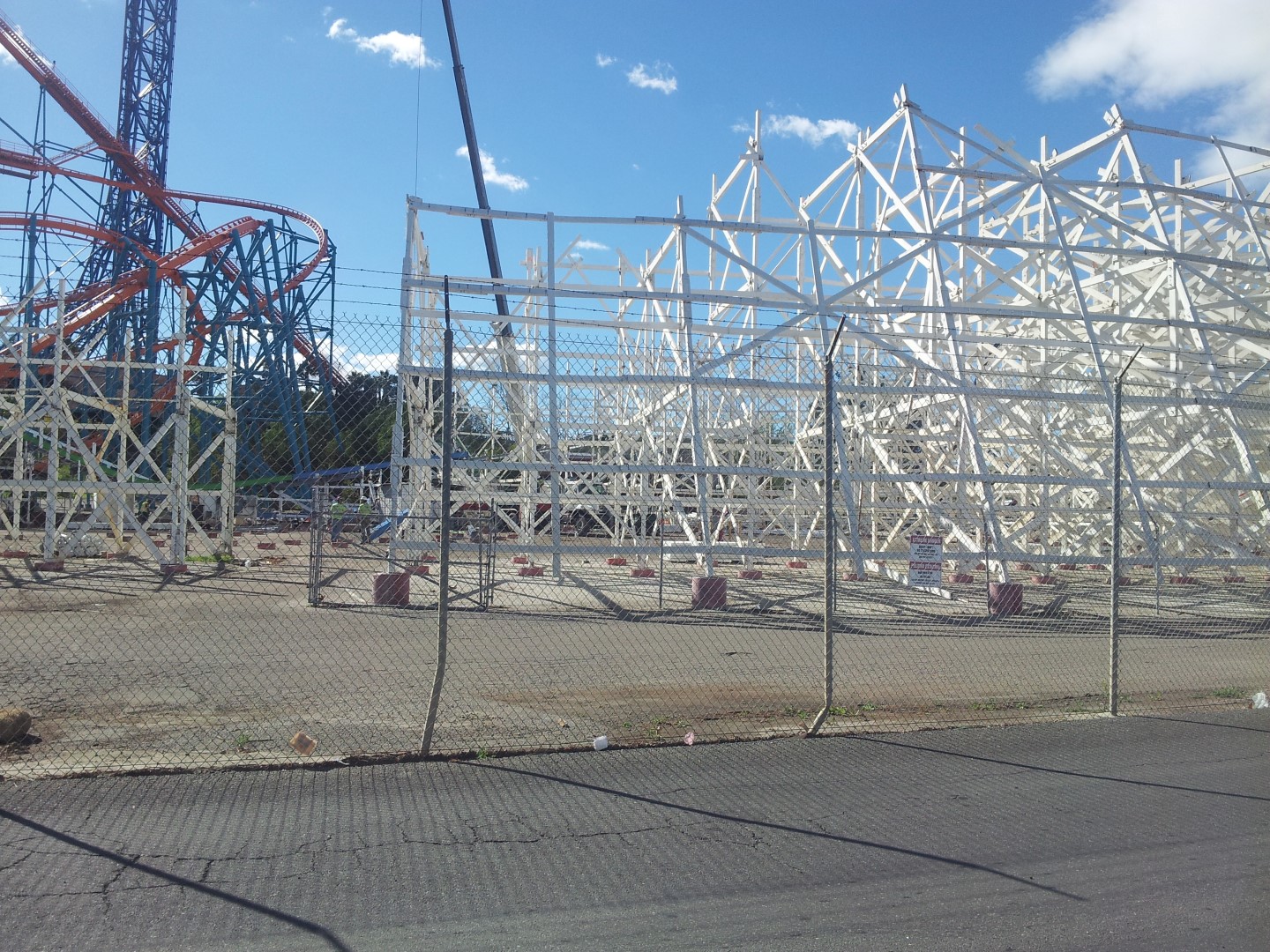 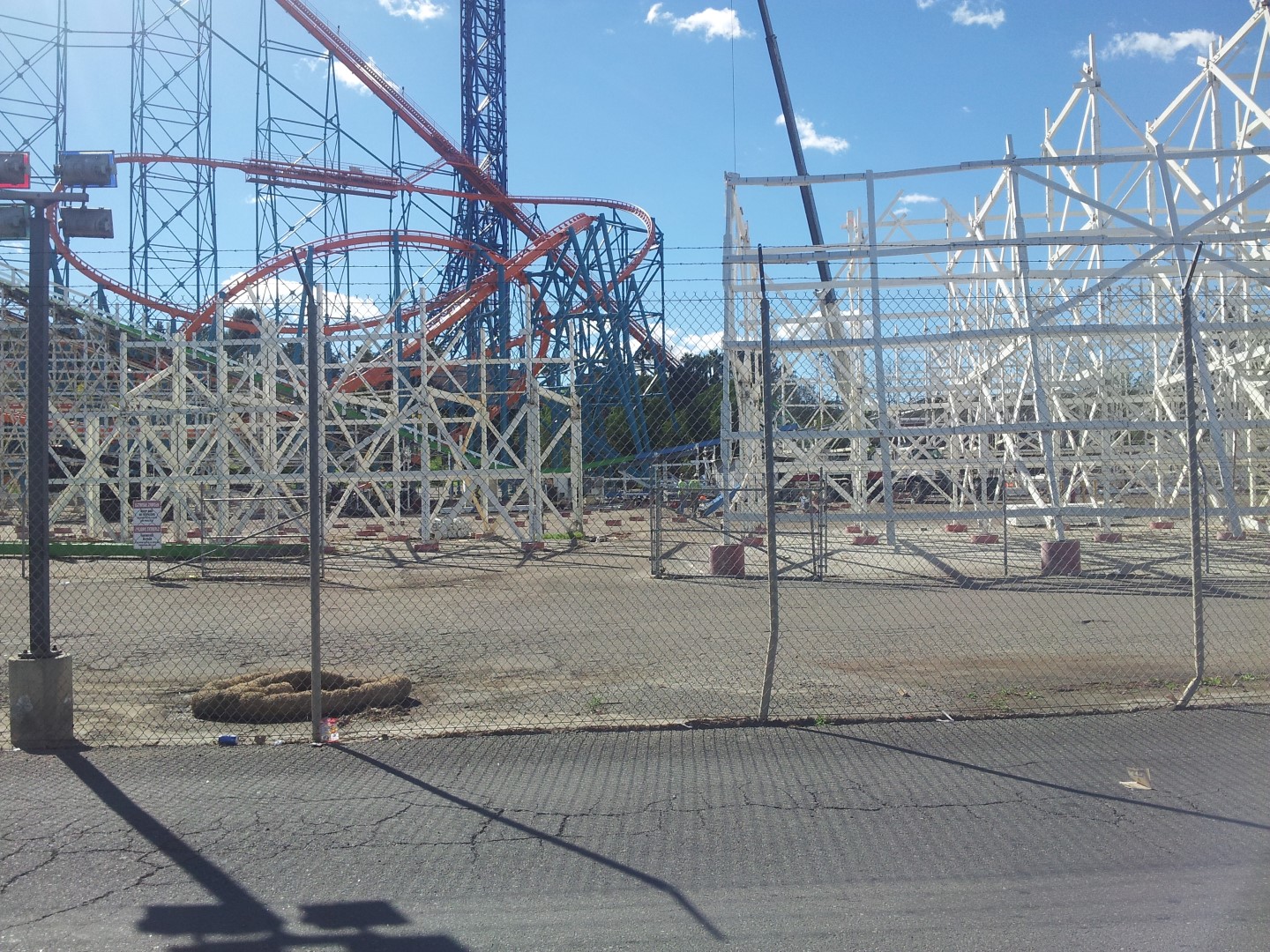 it’s a lot more straight-tracked than I expected. I have a feeling they might put brakes in it, so the trains have more of a chance of lining up. Because with the initial speed that it has in the transition, it could make it half way up the lift already, making it nearly impossible for it to race. 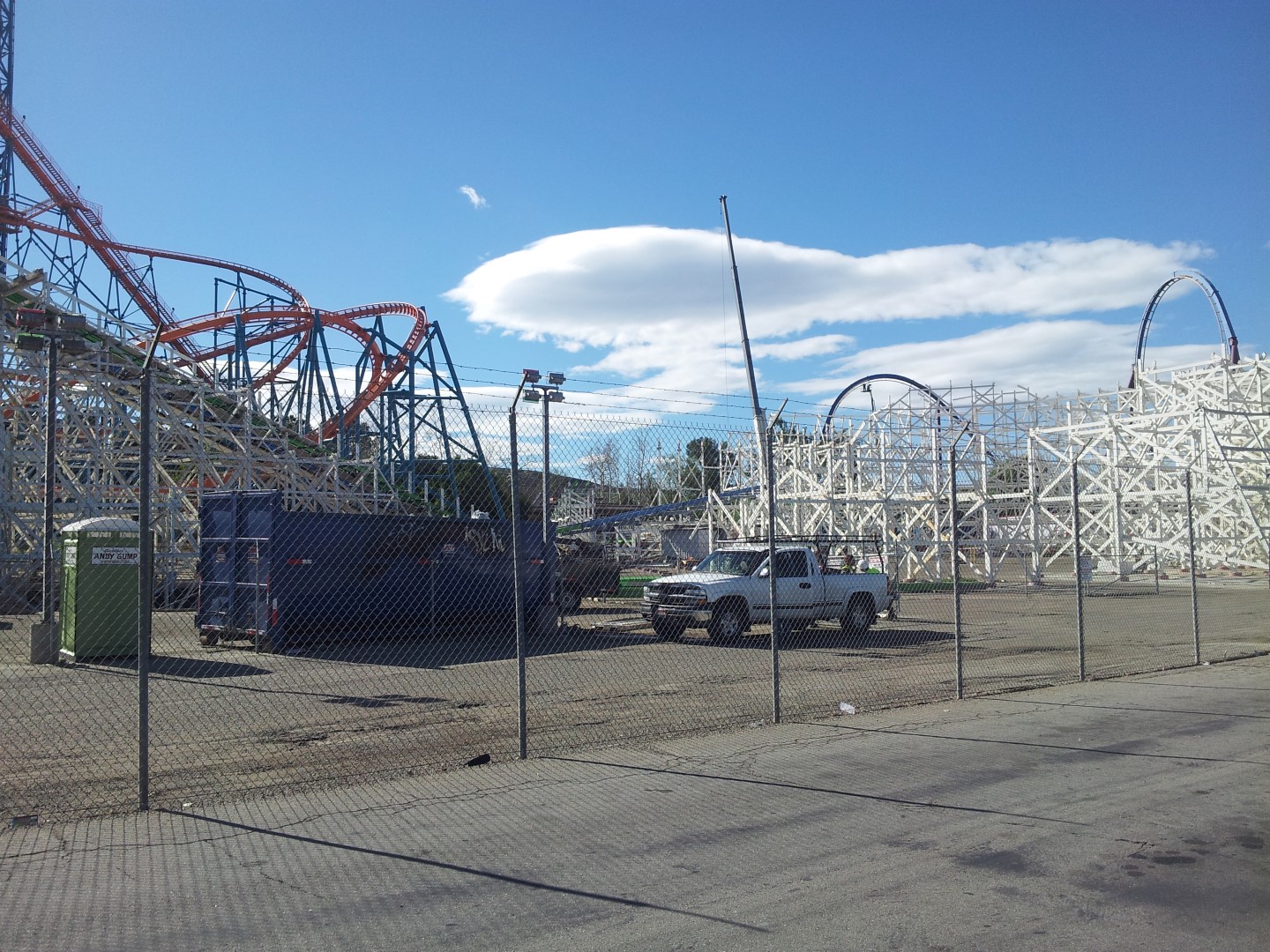 Nice transition to the magical repaint of Scream!, here’s some more wood for Twisted Colossus, while in the background some orange supports are to be noticed. 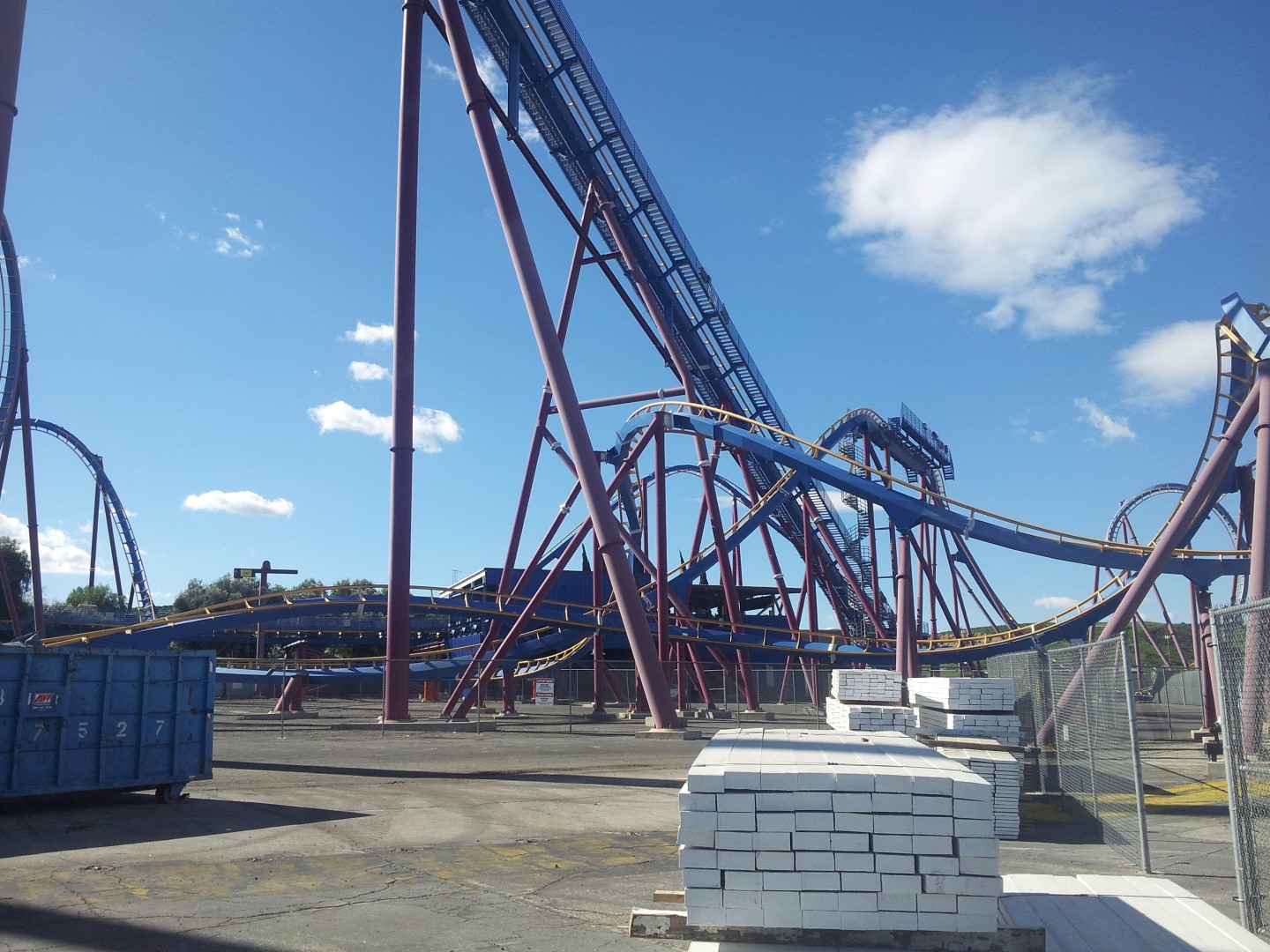 Ahh, look the same orange supports… from another angle. 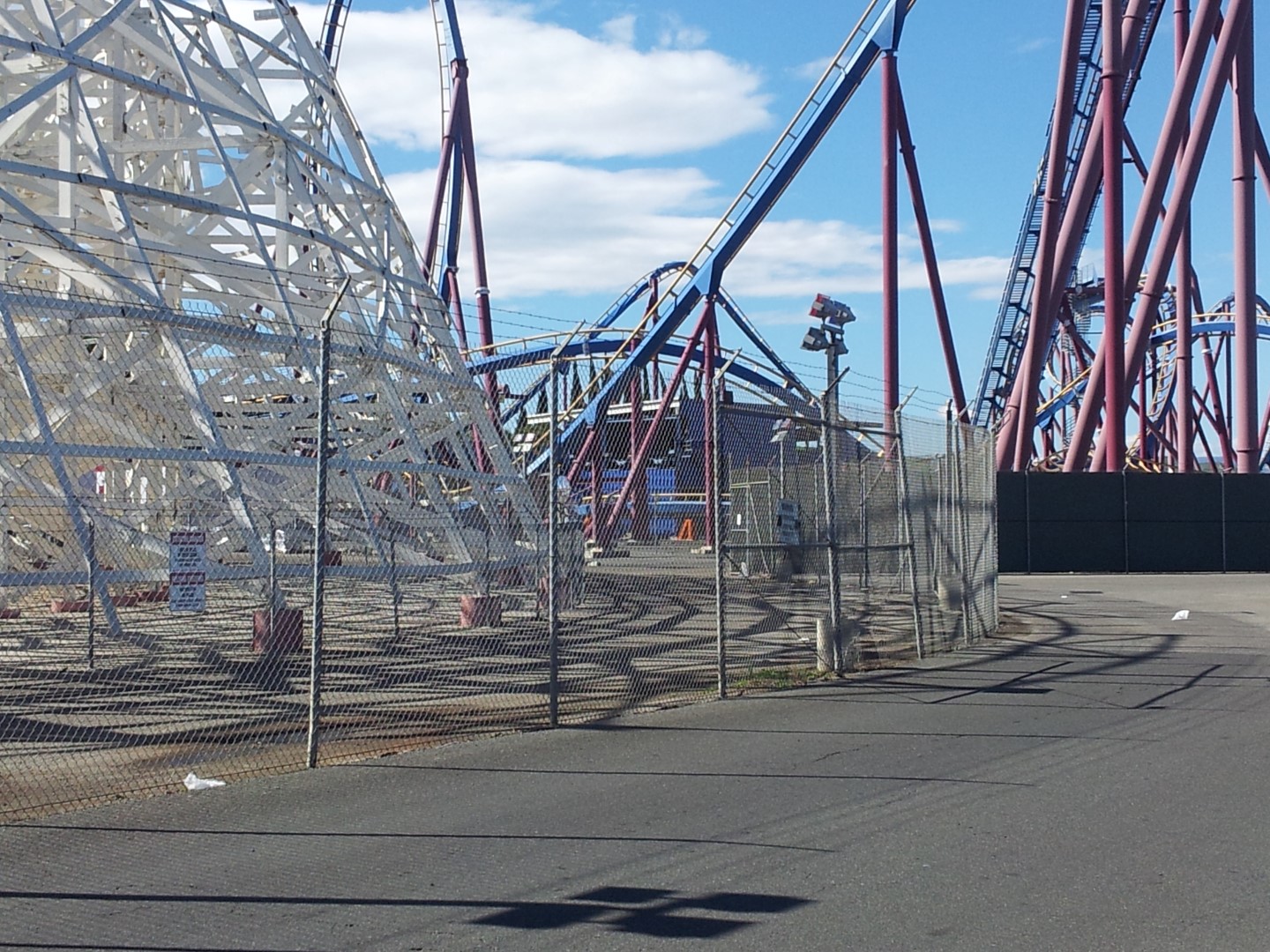 It might be slightly hard to see, but the orange supports are supporting track that has been painted entirely blue. The blue is the same (or very similar at least) to the blue found on Batman: The Ride. 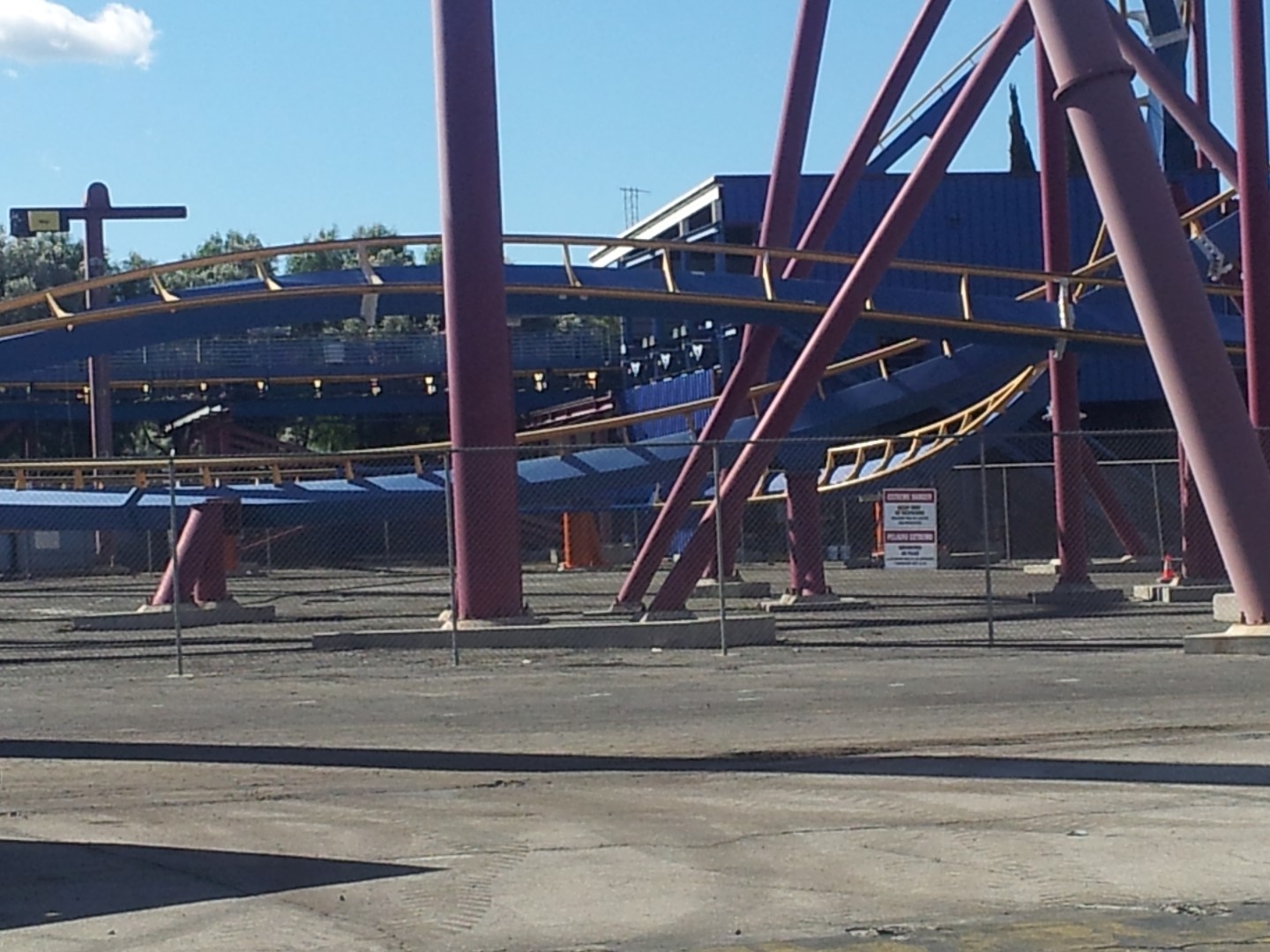 The top of the Reversed Immelman/Dive has been painted blue already. 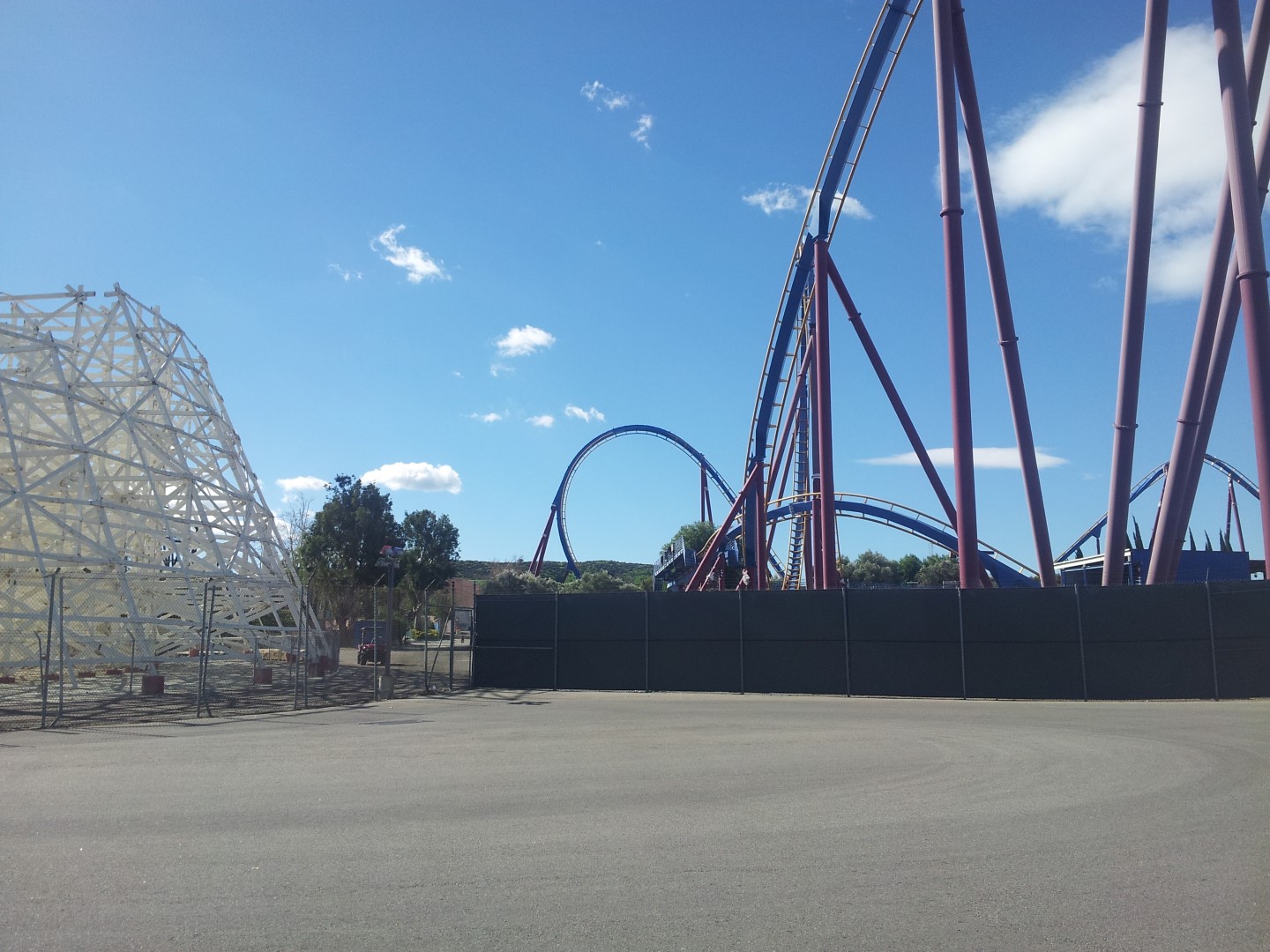 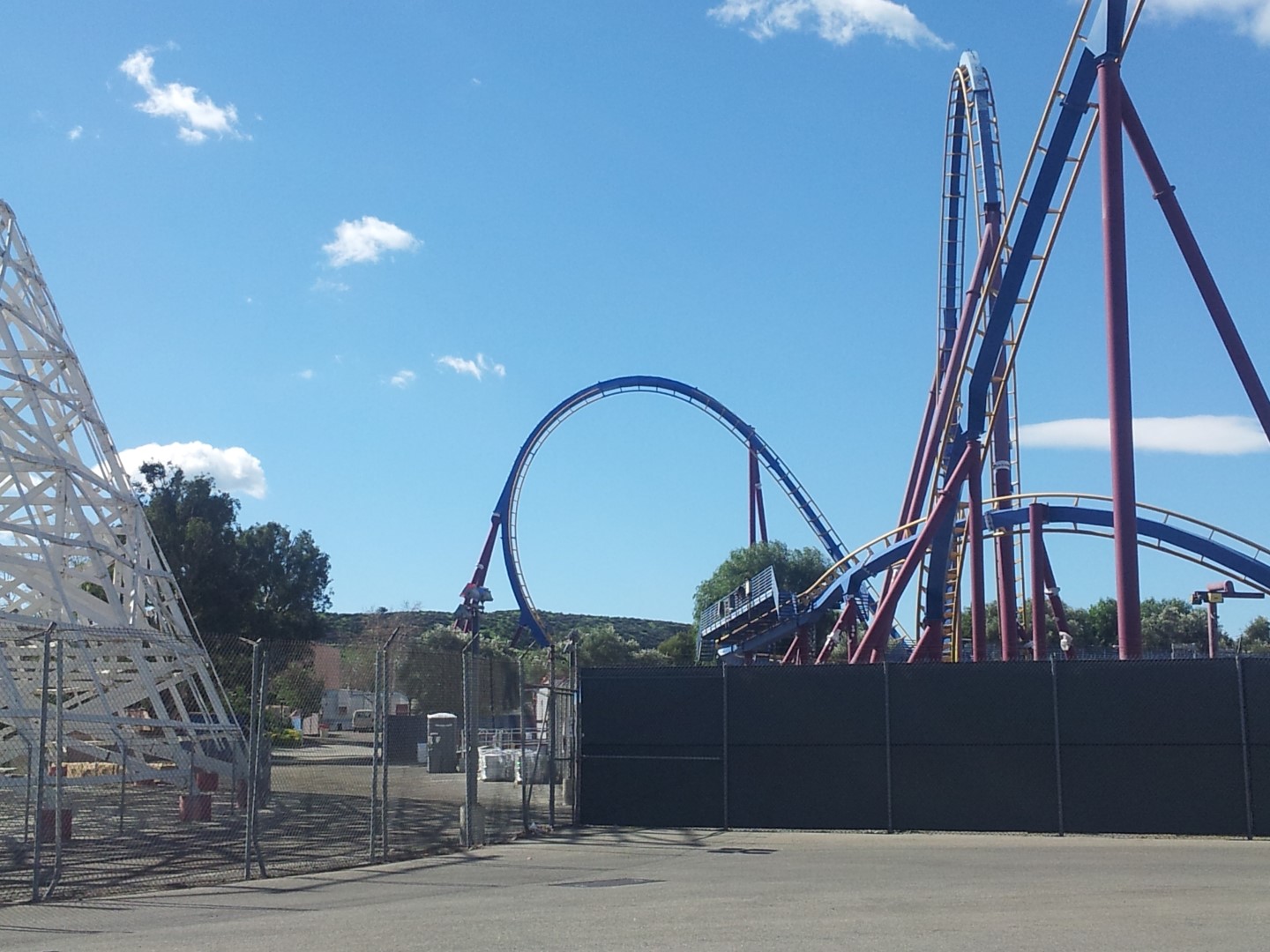 Notice that though the blue is very similar to the original blue, the rails is no longer yellow, and is painted the exact same blue. 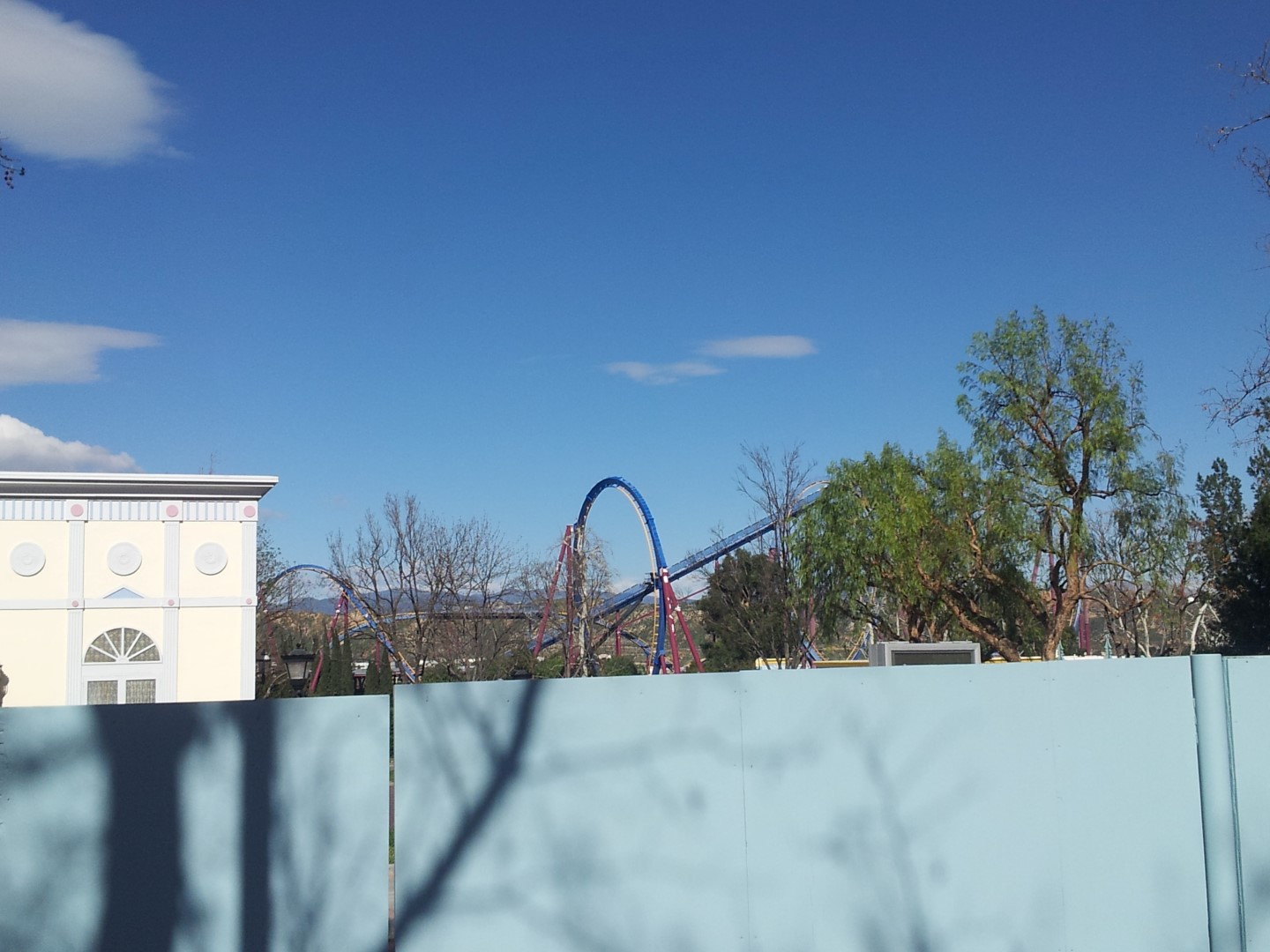 As I was leaving the crews started working on painting the massive ride again, continuing the blue on the Reversed Immelman/Dive. 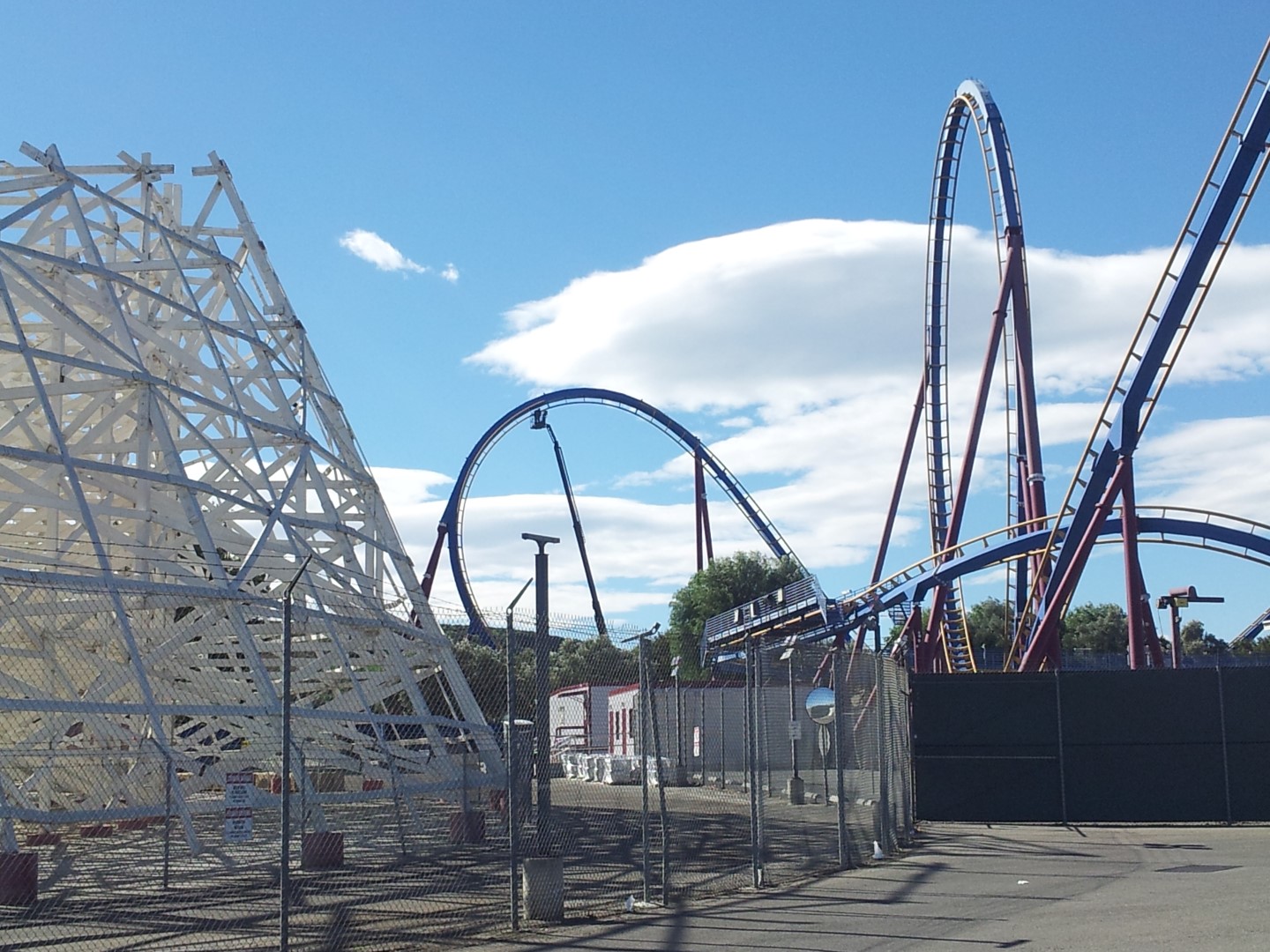 Rolling out of the Zero-G-Roll, a part of the track has also been painted entirely blue already. They were working on it, as I was taking pictures. 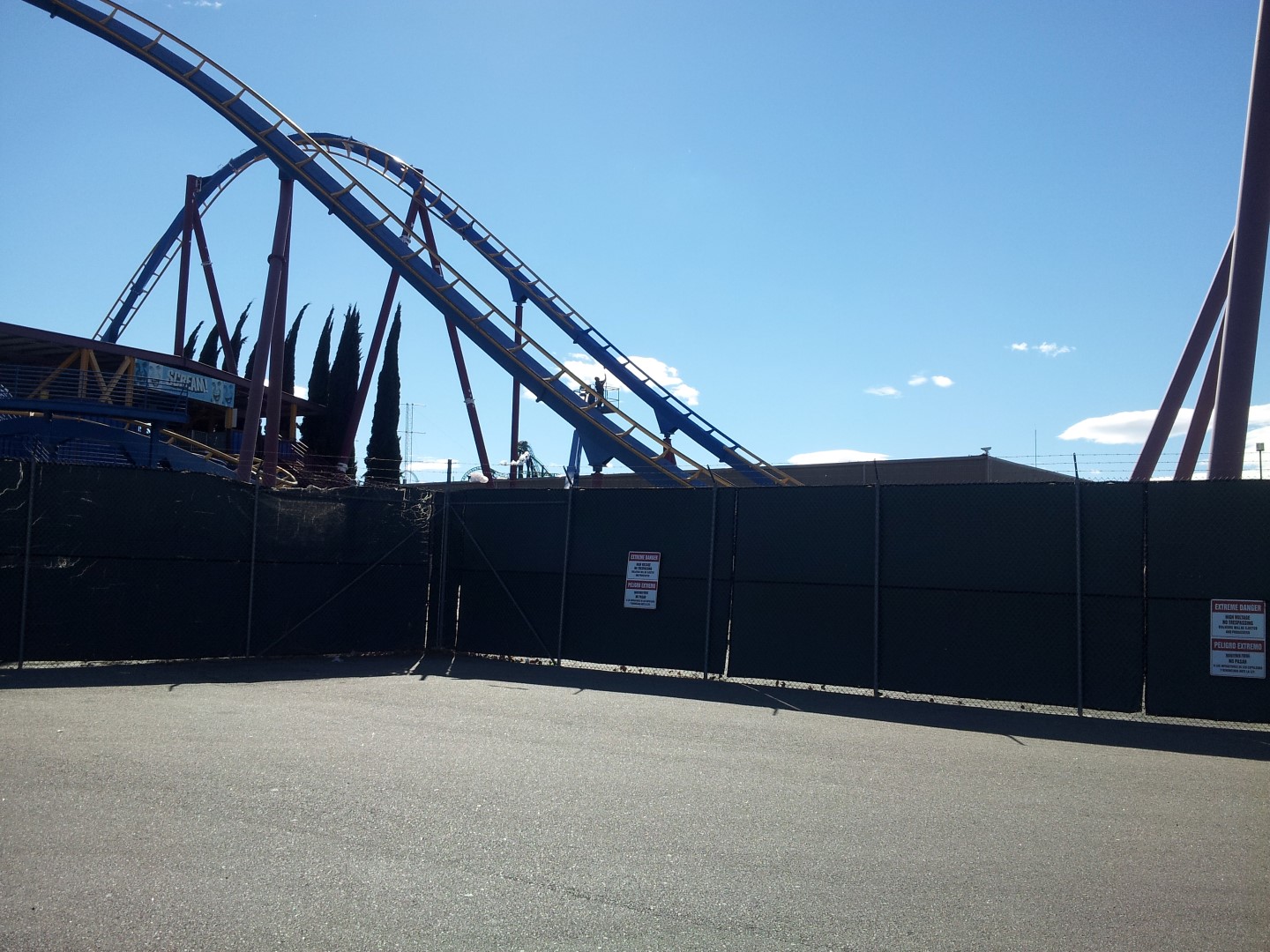 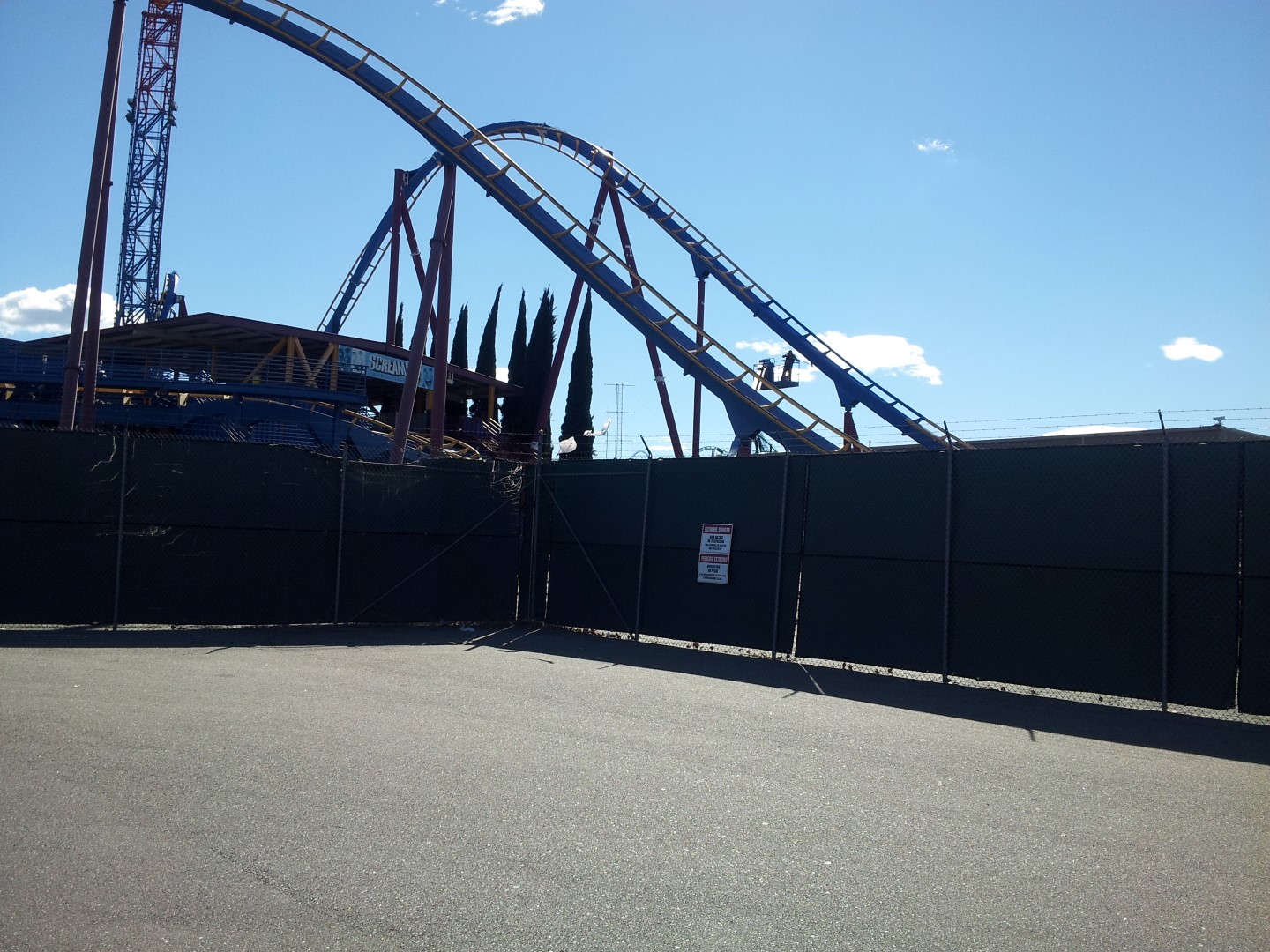 All bolted parts of the ride, supports as well as track pieces, are coated with white paint for now. I’m curious if they’ll give that a different color, to make it look more Steampunk-esque! 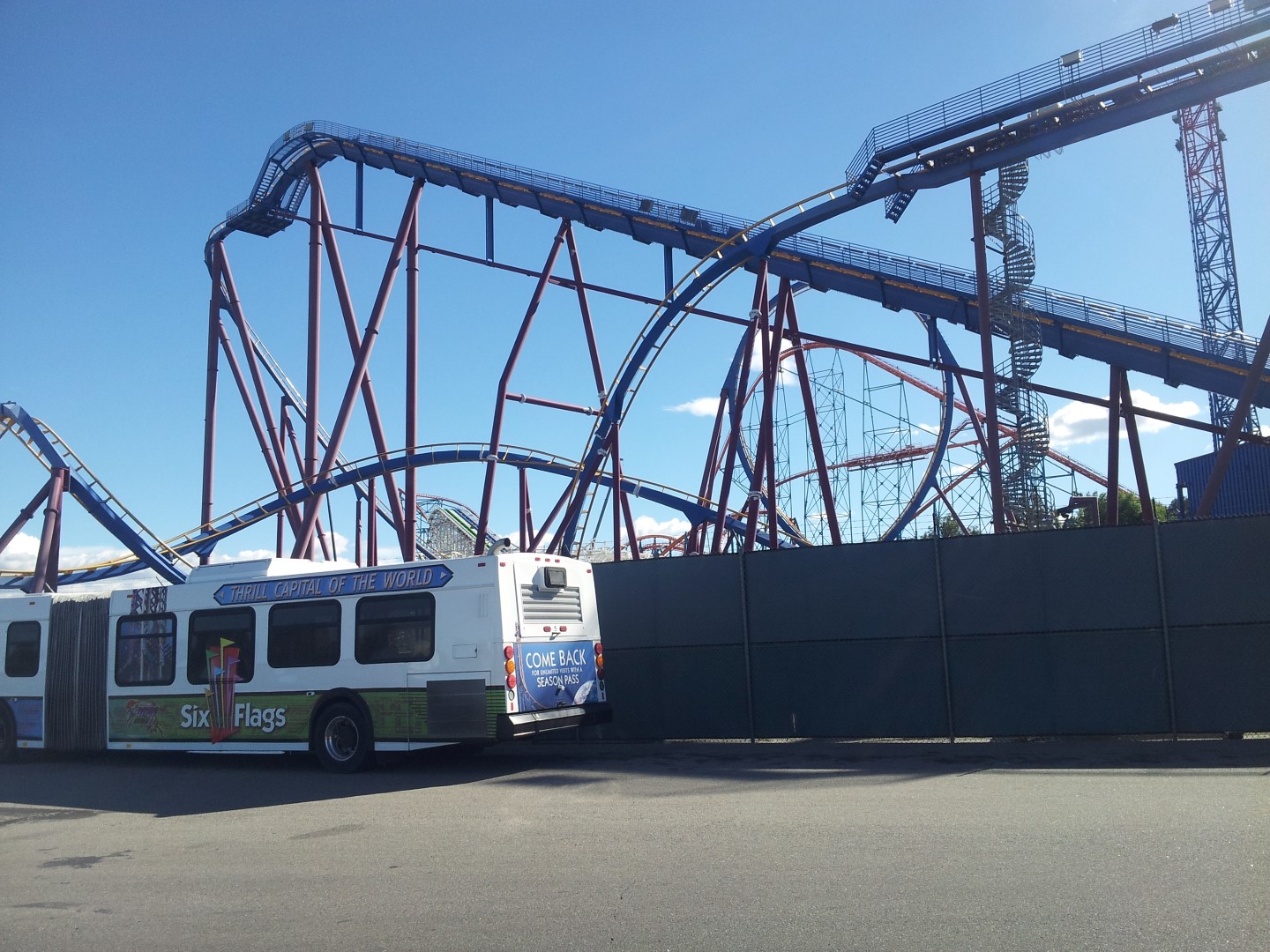 I’m not going to lie; I’m not expecting a major re-theme that we all hope for so desperately. Though I do hope they cover up the parking lot underneath in any which way. SFNE Online suggested that gravel underneath would work very well with the new color scheme, and I totally agree with that. I’m not expecting any grass or something, as in a California desert maintaining the health of the grass is already challenging, Scream! Some re-branding, vegetation, themed scenery, and perhaps a new soundtrack for the line and station would be cool.

Comment your Scream!-y thoughts below please! And let us know what you think of the new color scheme, and what theming you would like to see coming with it!