Today we spent the day at Walt Disney World’s Magic Kingdom. The day turned out to again be quiet and relaxing, allowing for rerides on some of our favorite rides. The highlight, however, was observing the active construction site of TRON: Lightcycle Run. Join us for a construction update of this highly anticipated new coaster:

The parking lot and the Ticketing and Transportation Center was quite busy this morning, making us fear for bigger crowds once inside. However we never waited more than 20 minutes for any attraction, including the coasters. We usually don’t ride Big Thunder Mountain Railroad at Magic Kingdom more than once a visit. Today’s lack of crowds however, meant we rode it a few times. 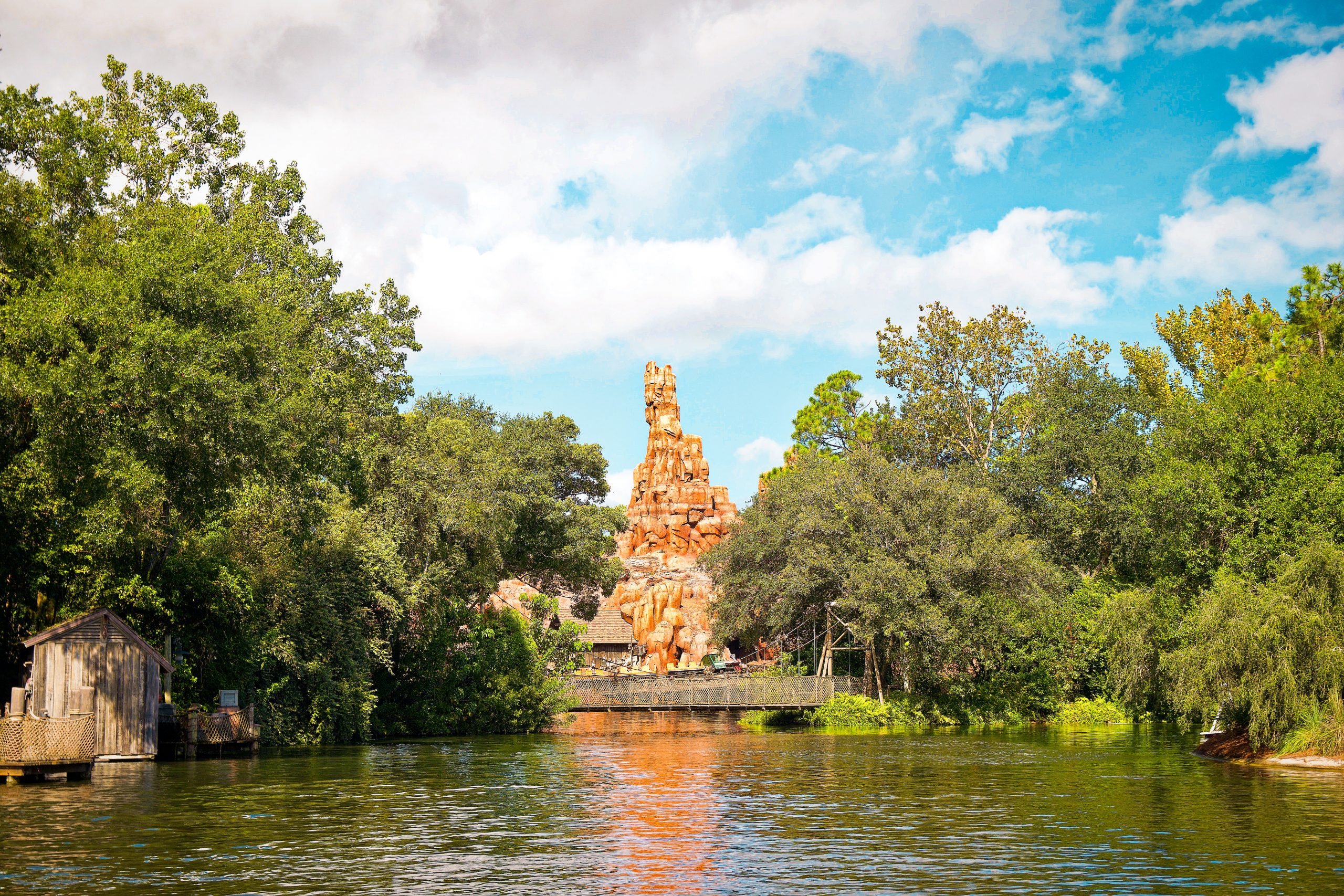 Soon Magic Kingdom and Shanghai Disneyland will share more than just the only two Seven Dwarfs Mine Train coasters, they will also both have a TRON coaster. 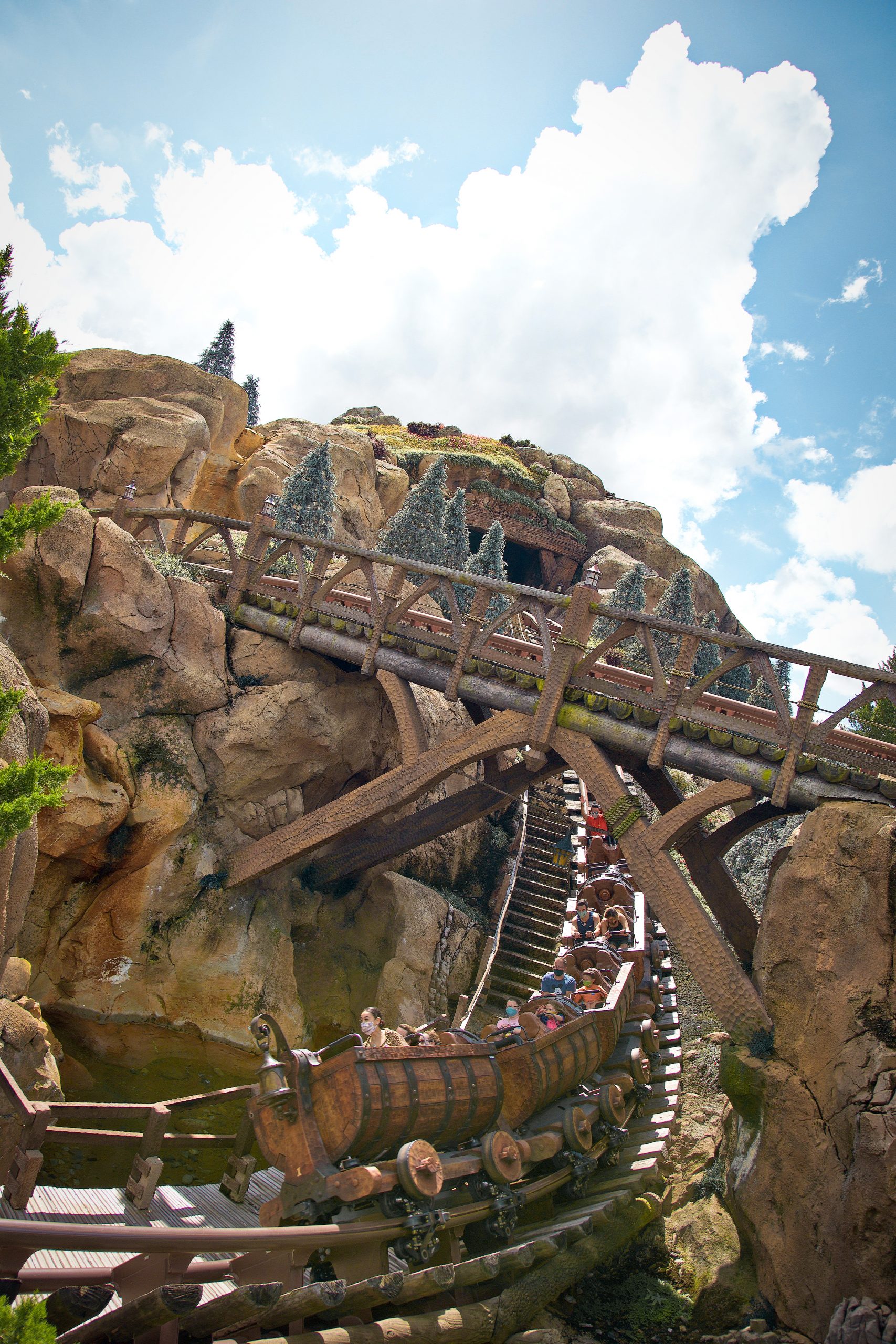 Avid readers know we’re absolute TRON nerds, particularly the Vekoma coaster at Shanghai Disneyland. It should be no surprise that we moved to be close to the USA TRON and also wear TRON gear to the park every visit. 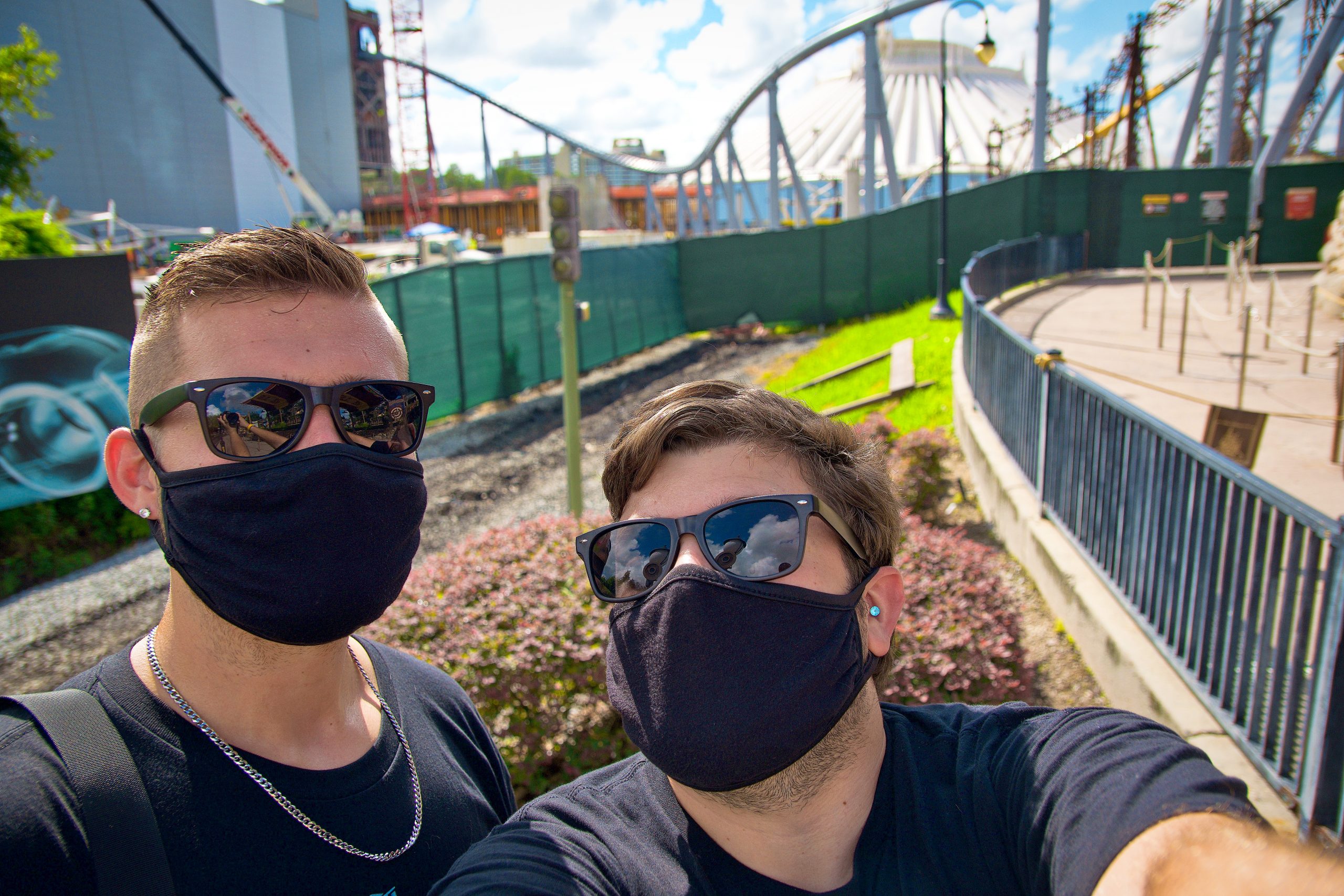 So after some mandatory selfies with the skeleton of the soon-to-be star of the park, we decided to take a closer look and get some exciting construction pictures. 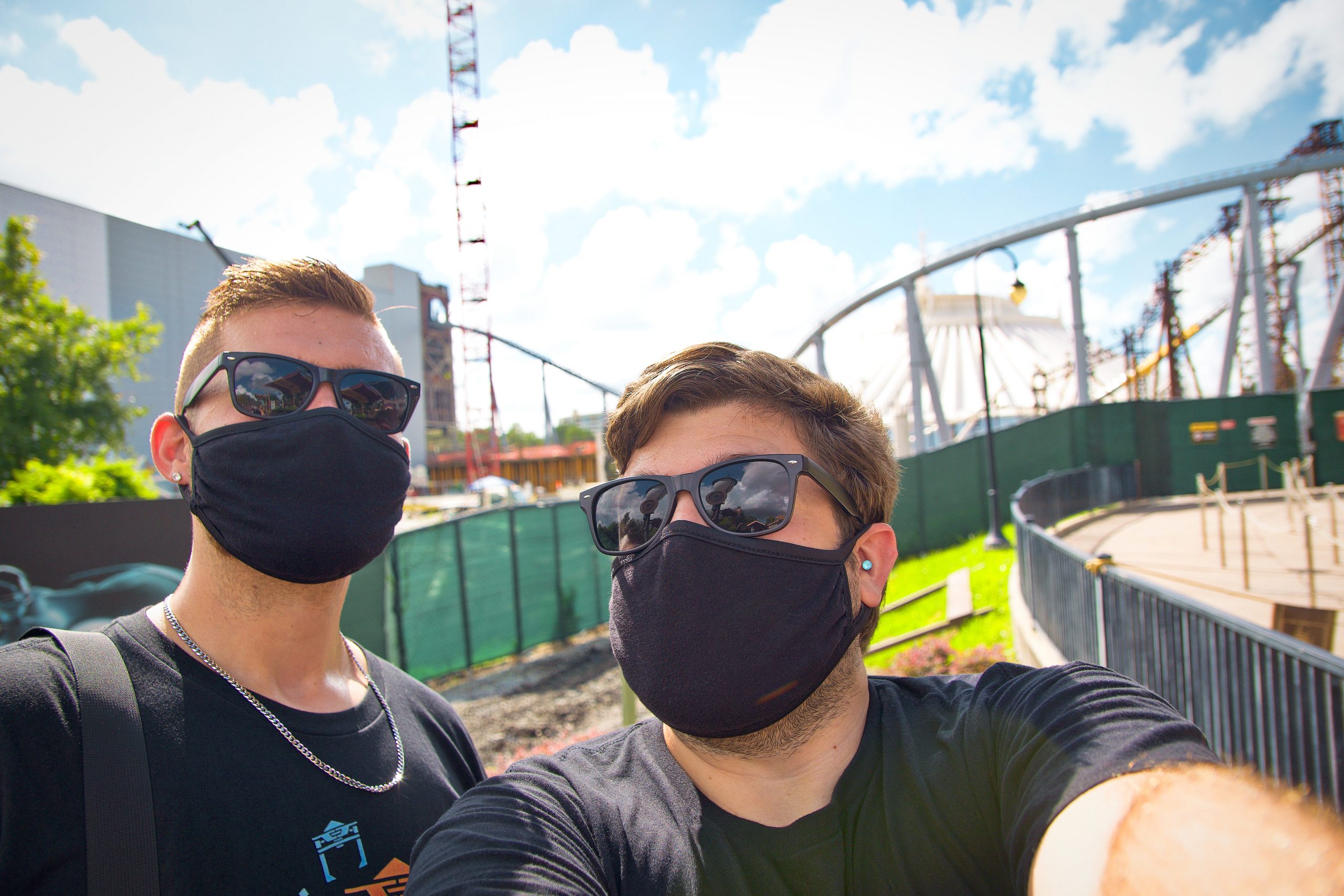 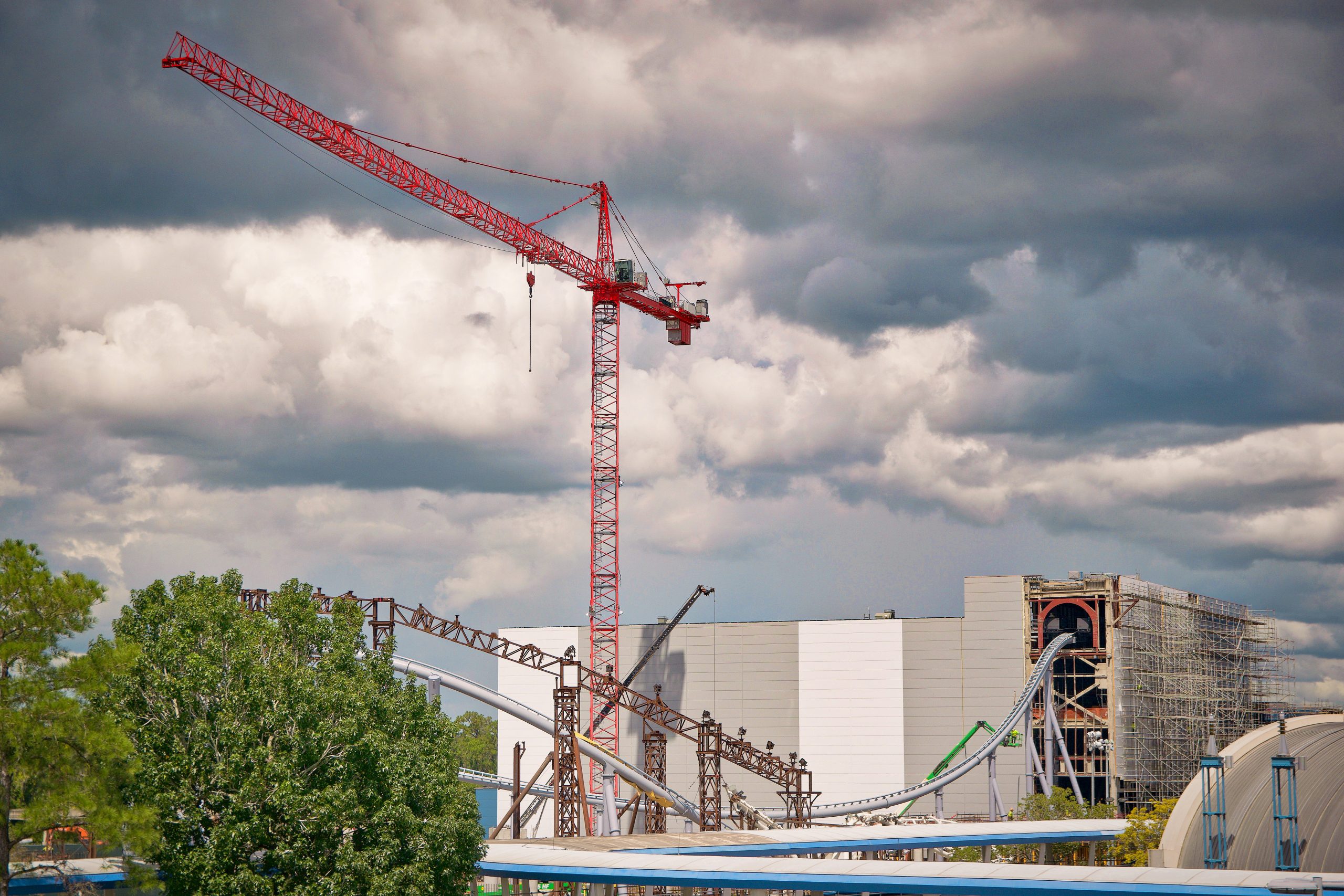 That includes the wall that still has the scaffolding up, as that side of the building has just recently been completed. The exciting exterior construction continues with the ride’s awe-inspiring canopy. 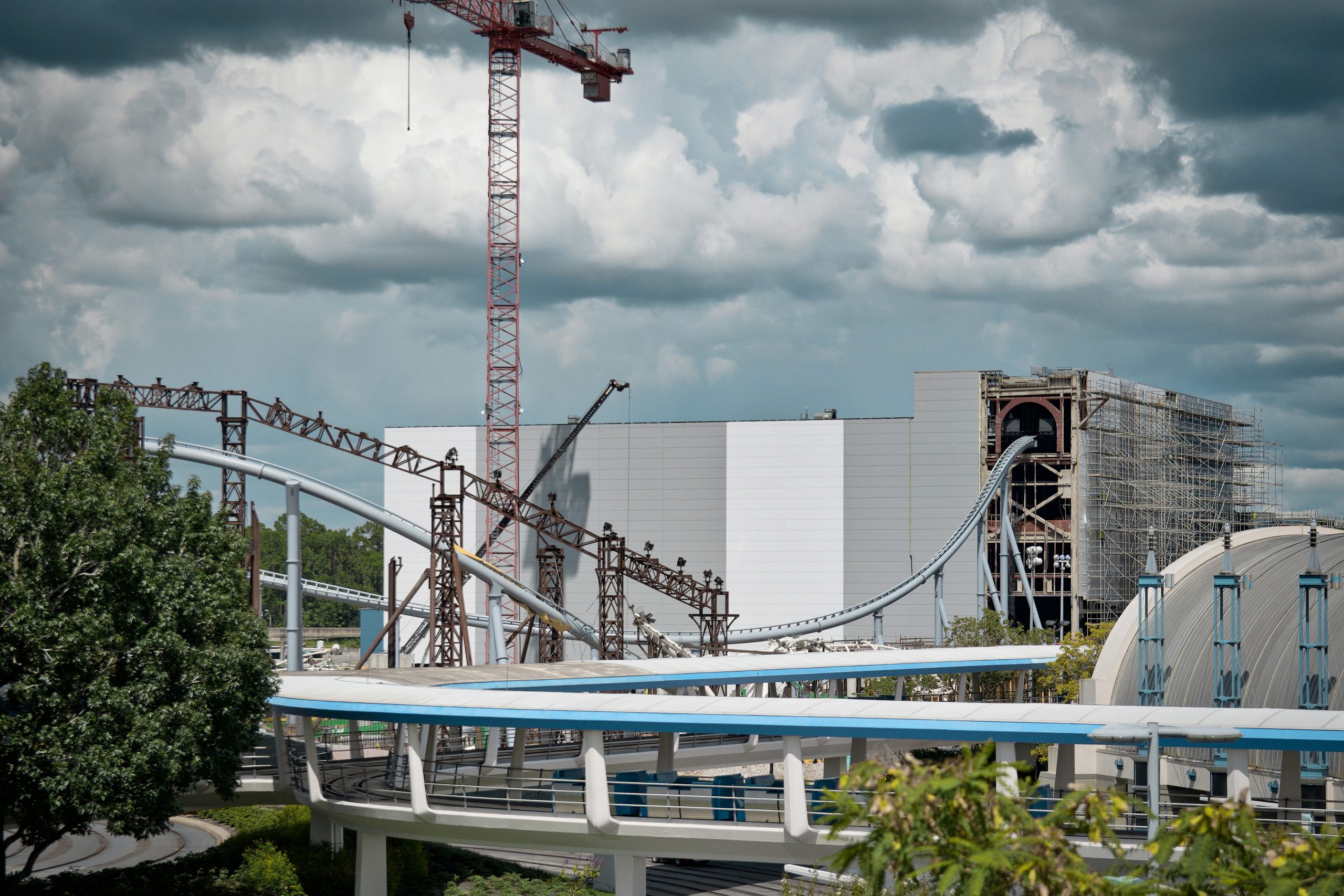 The canopy will completely disguise the show building and will stand tall over Tomorrowland. We’re excited to see what changes this installation will have compared to Shanghai’s infrastructure. If you want a bit of an idea of what it will look like, click here for more pictures. 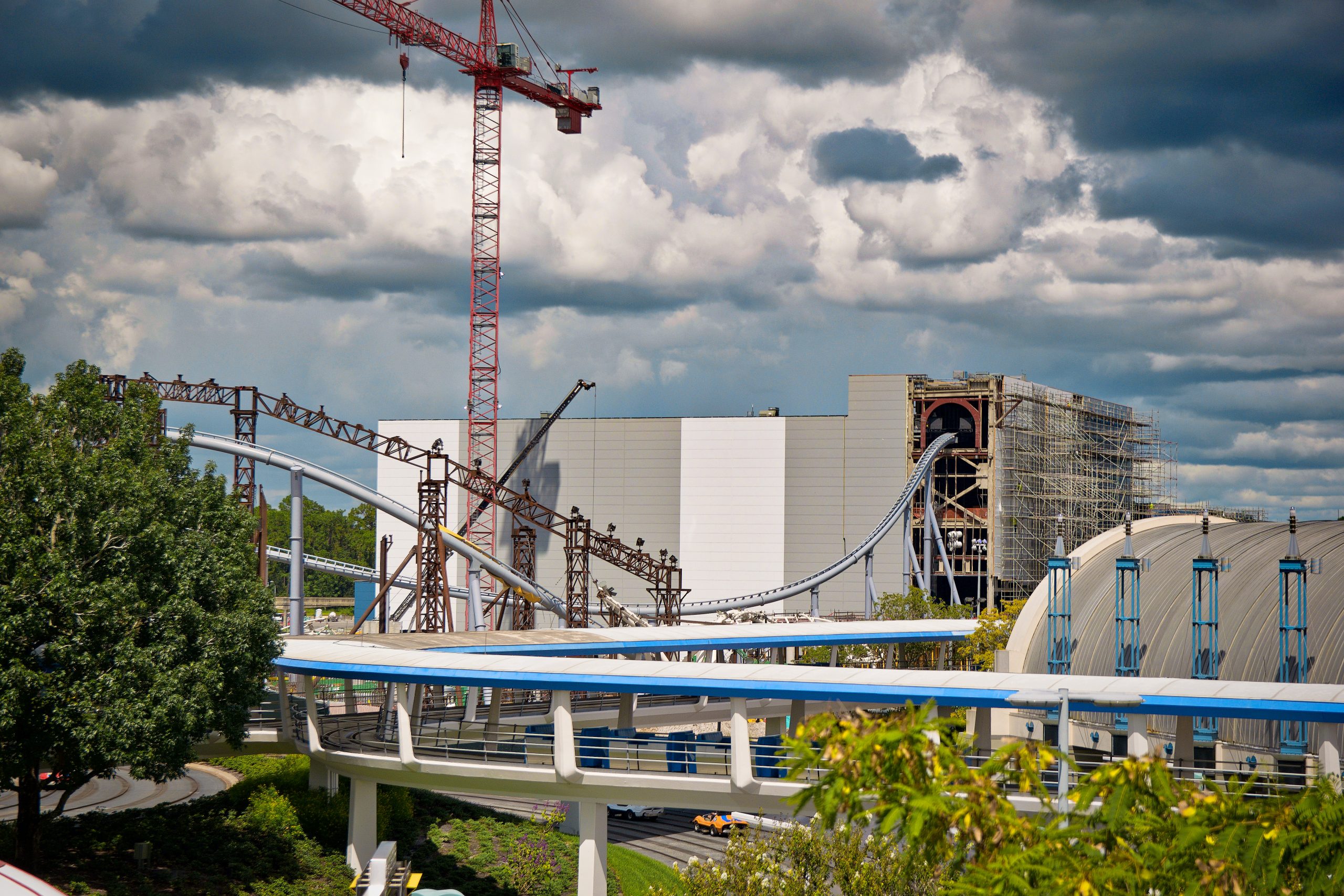 Next to Barnstormer, you get a neat look at the TRON: Lightcycle Run construction site and the new infrastructure that will house midway, train tracks, and the actual coaster’s entrance and exit.

The brown metal superstructure currently going vertical is temporary and will assist in the construction of the massive canopy for the coaster’s first half of the ride.

We’re incredibly excited that the canopy is already being constructed, and the first part of it is already vertical. 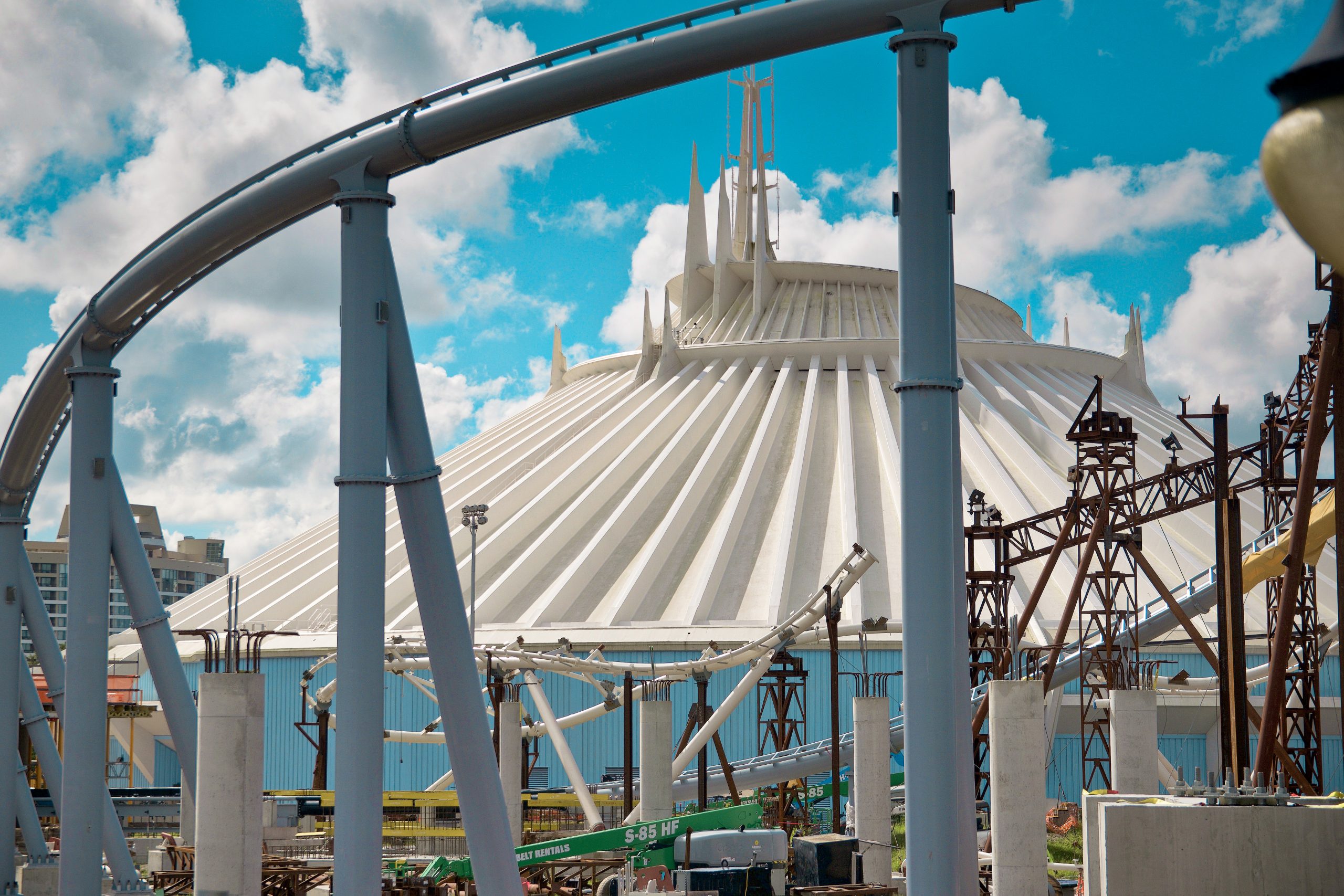 It almost looks like additional coaster track, but really it is part of a very intricate and large superstructure housing the futuristic light package. 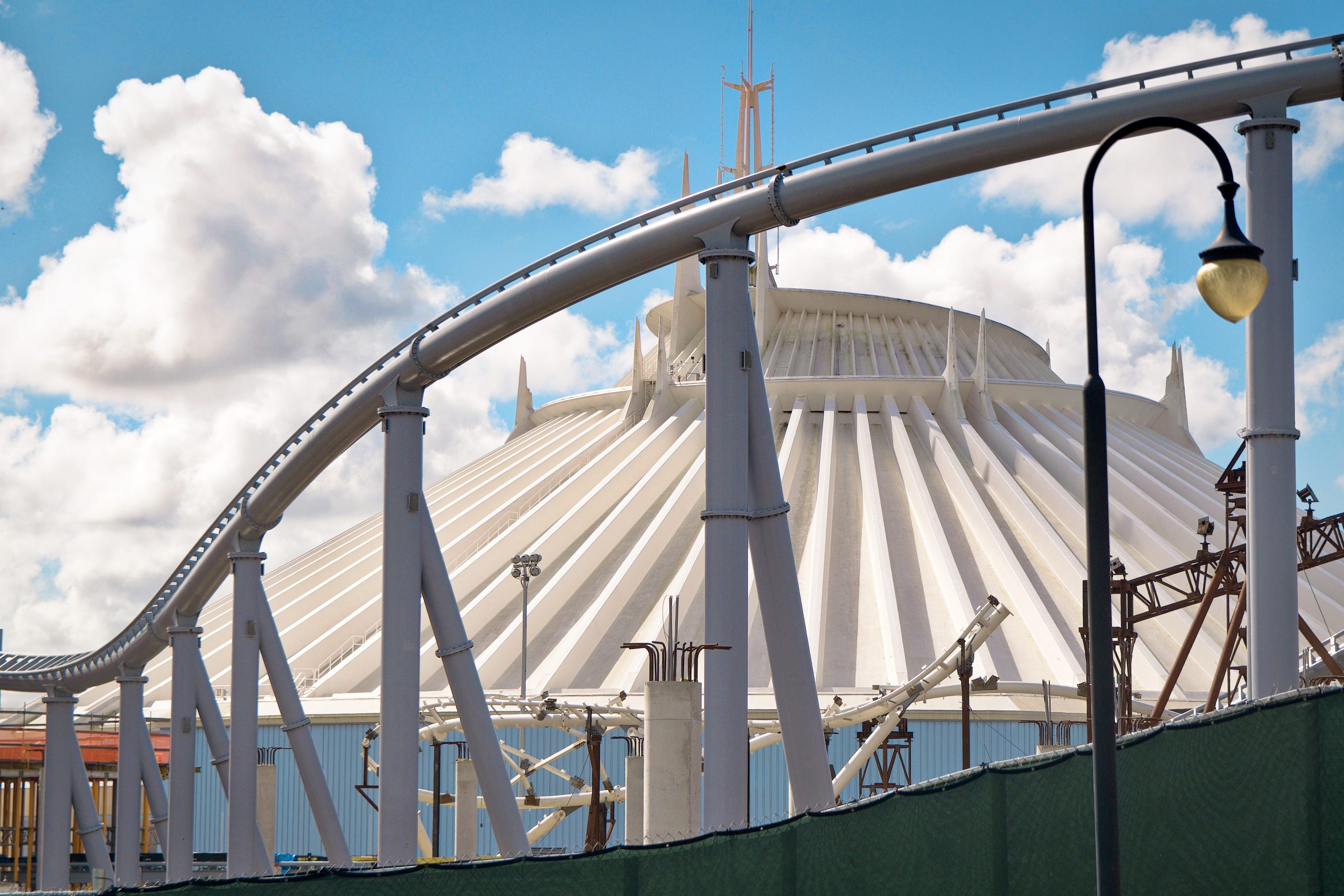 Behind the TRON billboard near Barnstormer, construction workers are actively putting together the next big piece of the canopy that will go up. 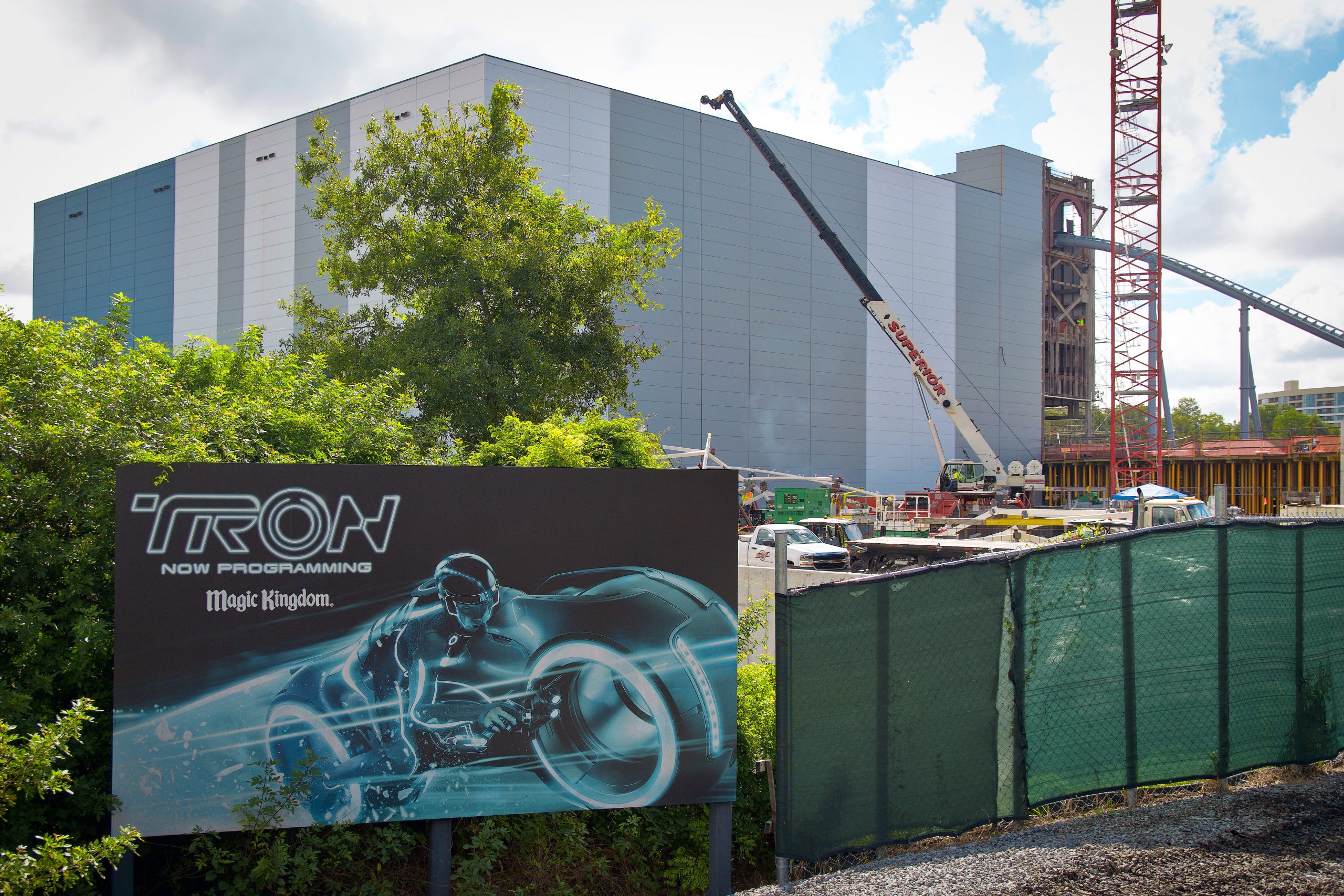 This piece will likely be suspended over the track where it enters the canopy. 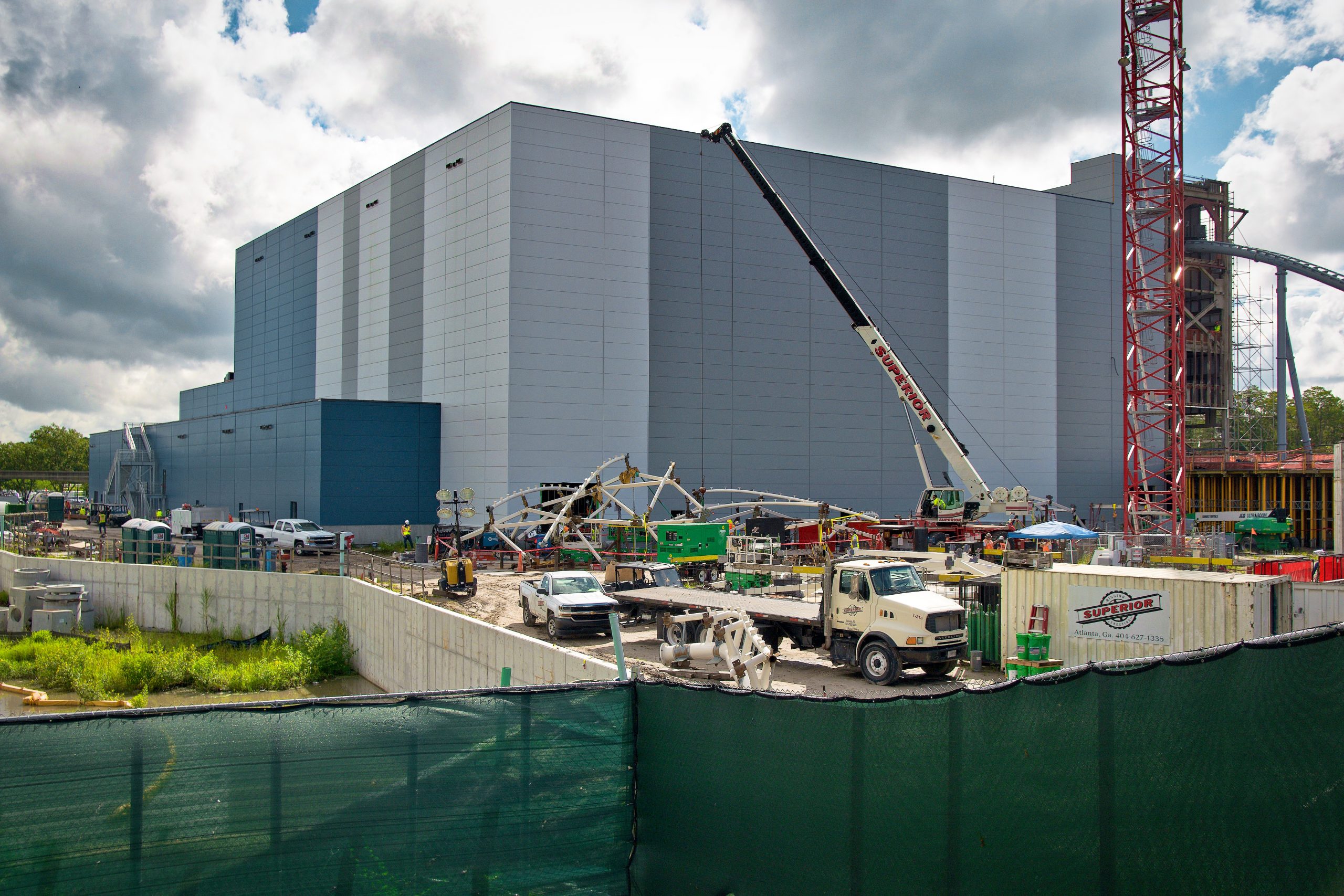 Putting this thing together seems like a lot of work: 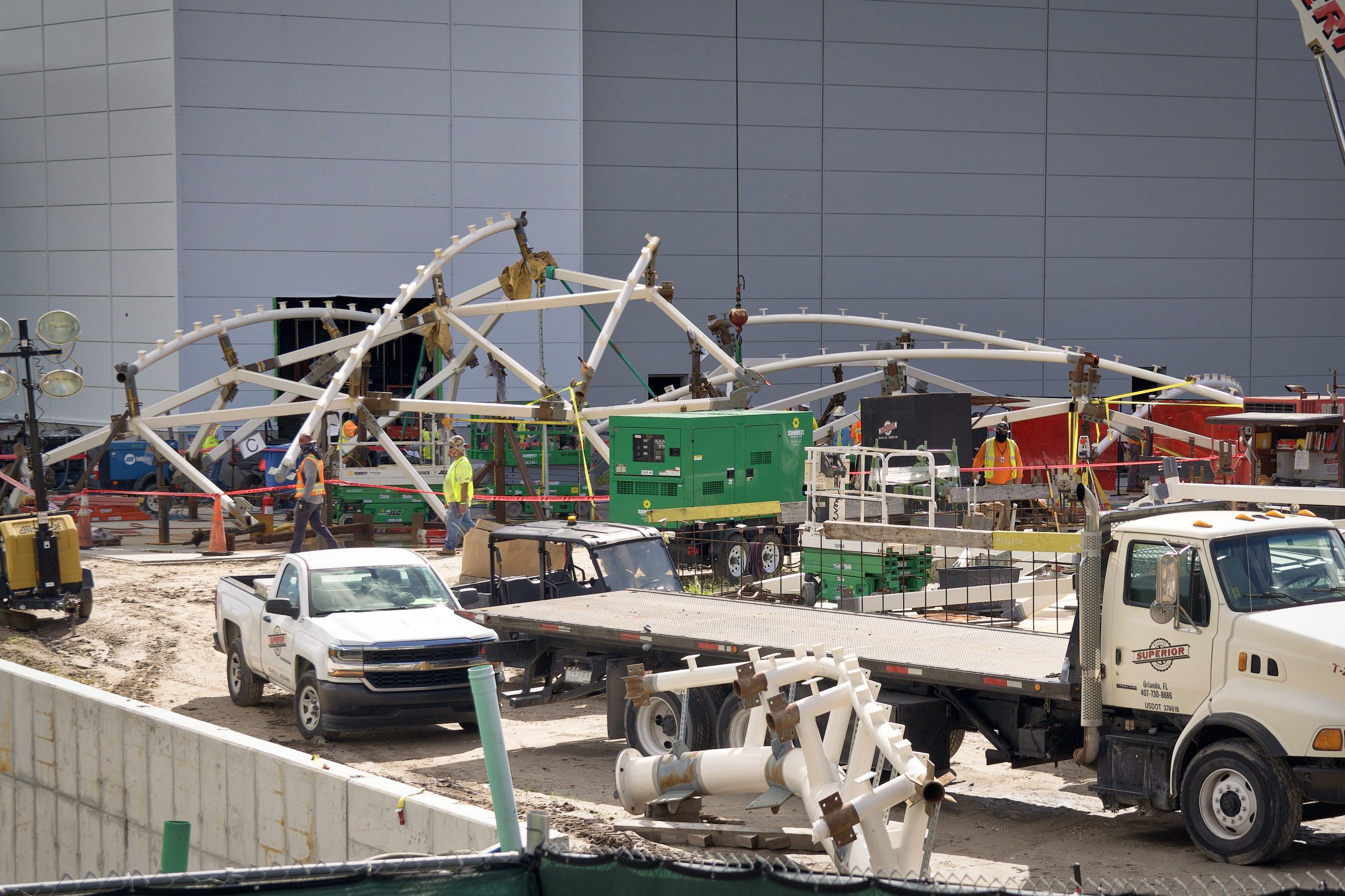 Once this particular piece has been assembled onsite, it will be lifted to be supported by the temporary support structure before the final supports have been put in place. 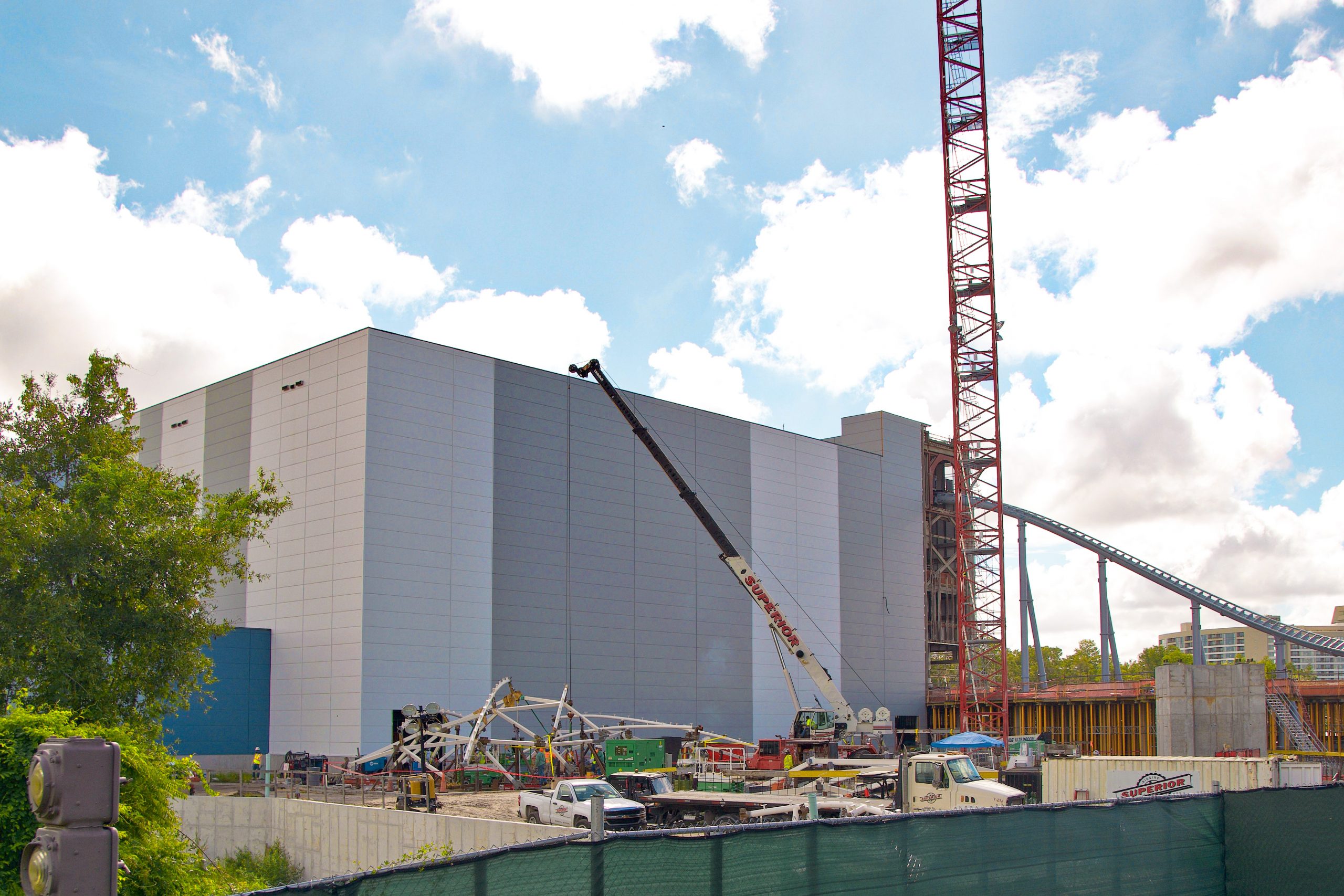 We’re incredibly excited and advise you all to check out some of our other TRON: Lightcycle Power Run (Shanghai’s name for the ride) and Shanghai Disneyland content! 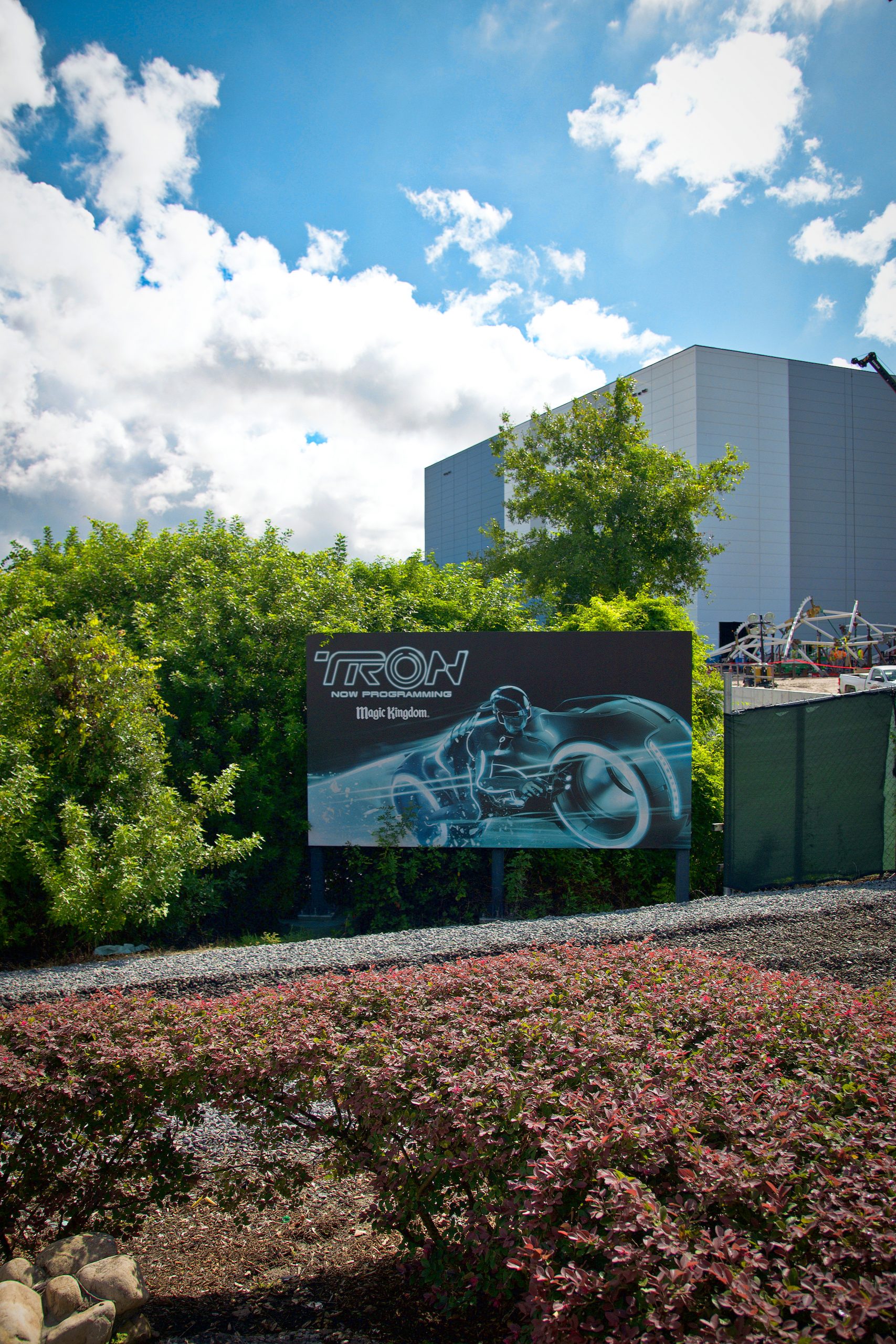 We’ll see you next time for another construction update, or on the Grid. 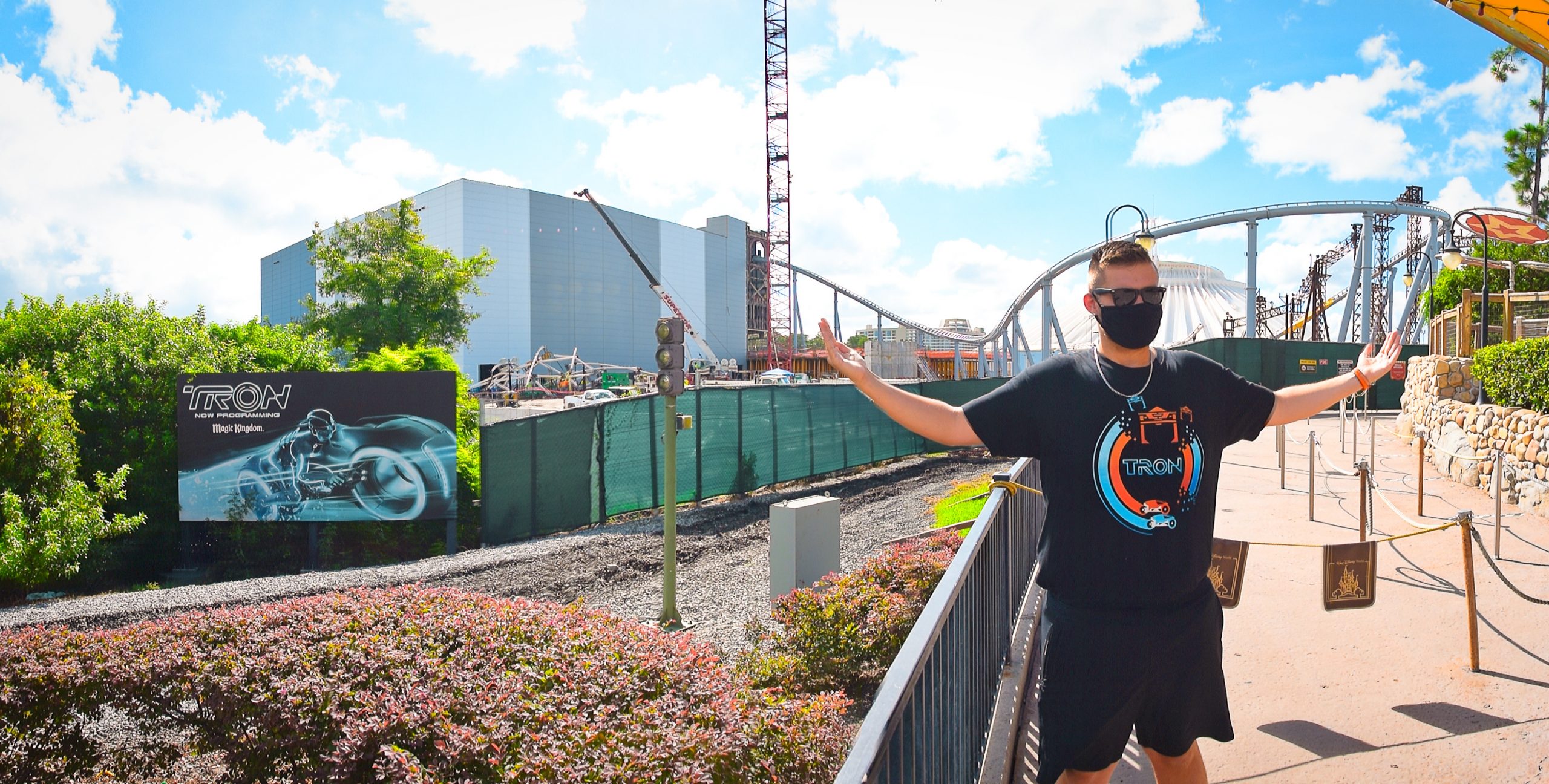