What happens in Vegas has been the subject of many an article here at Coaster Kings – from the soft pink coziness of The Adventuredome to the compellingly apocalyptic Primm Nevada resorts that Desperado calls home. In the heart of the action is the oft-overlooked NYNY Hotel and its star attraction, but with Nevada’s roller coaster bell curve dropping as quickly as it arose, the Big Apple Coaster continues to accrue value. 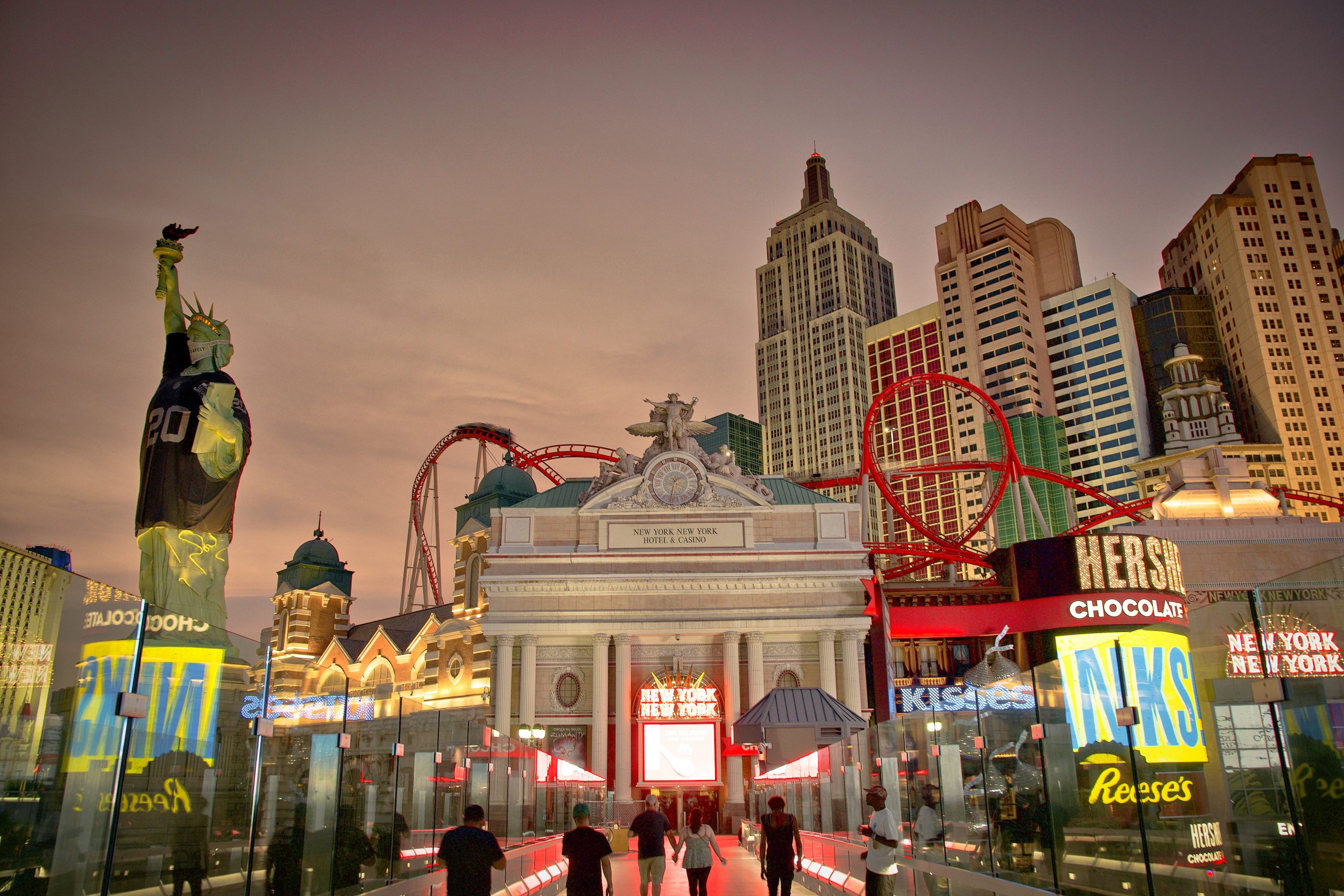 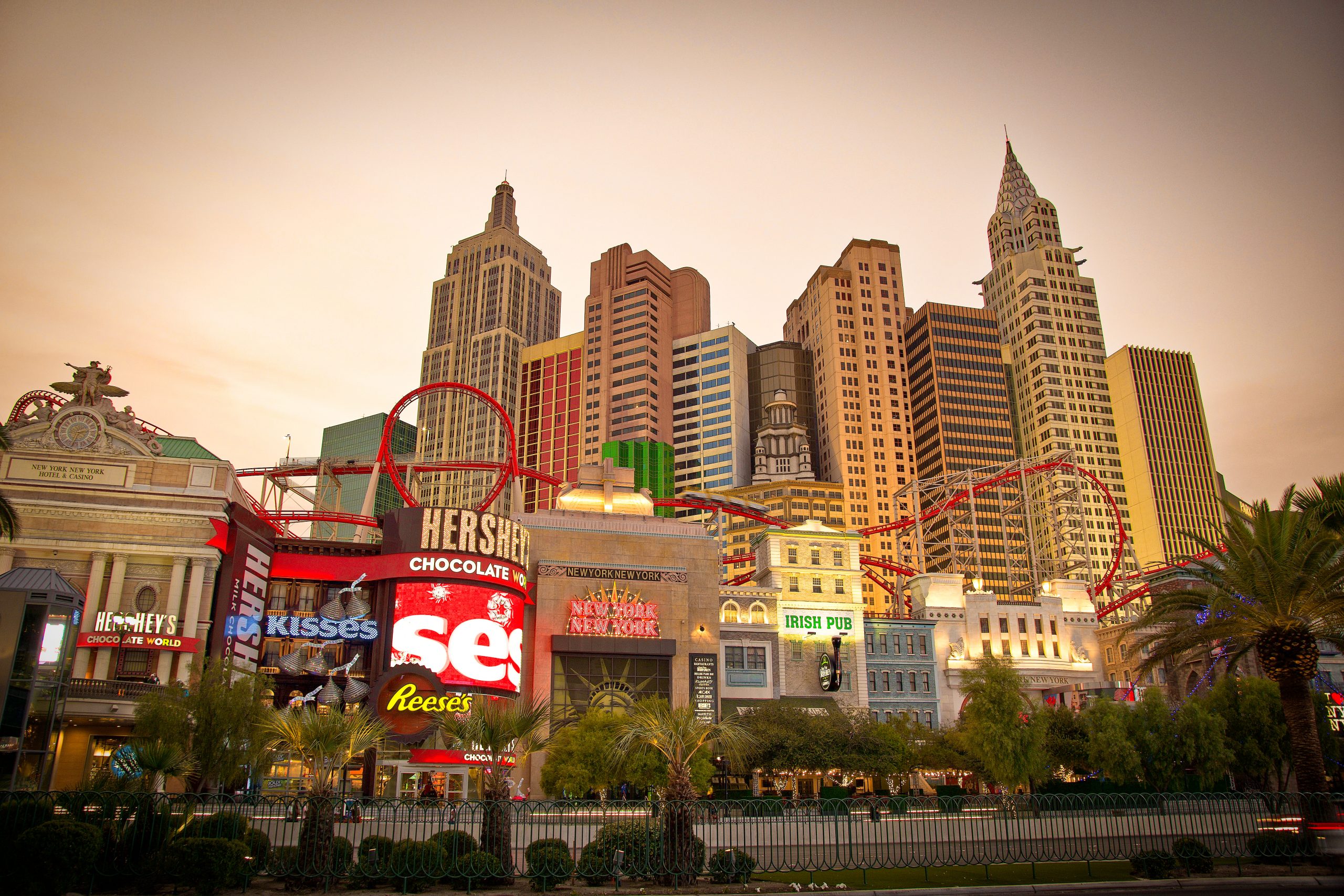 Manhattan Express was an exciting symptom of Vegas’ metamorphosis in the 1990s – once a town for adults and their vices, Las Vegas turned a new leaf with a family-oriented renaissance that transformed most of The Strip into a vacation destination fit for all ages, interests, and budgets. The trend of luxury, one-of-a-kind resort experiences for the whole family continues to this day, but the same cannot be said for Sin City’s transient infatuation with roller coasters. 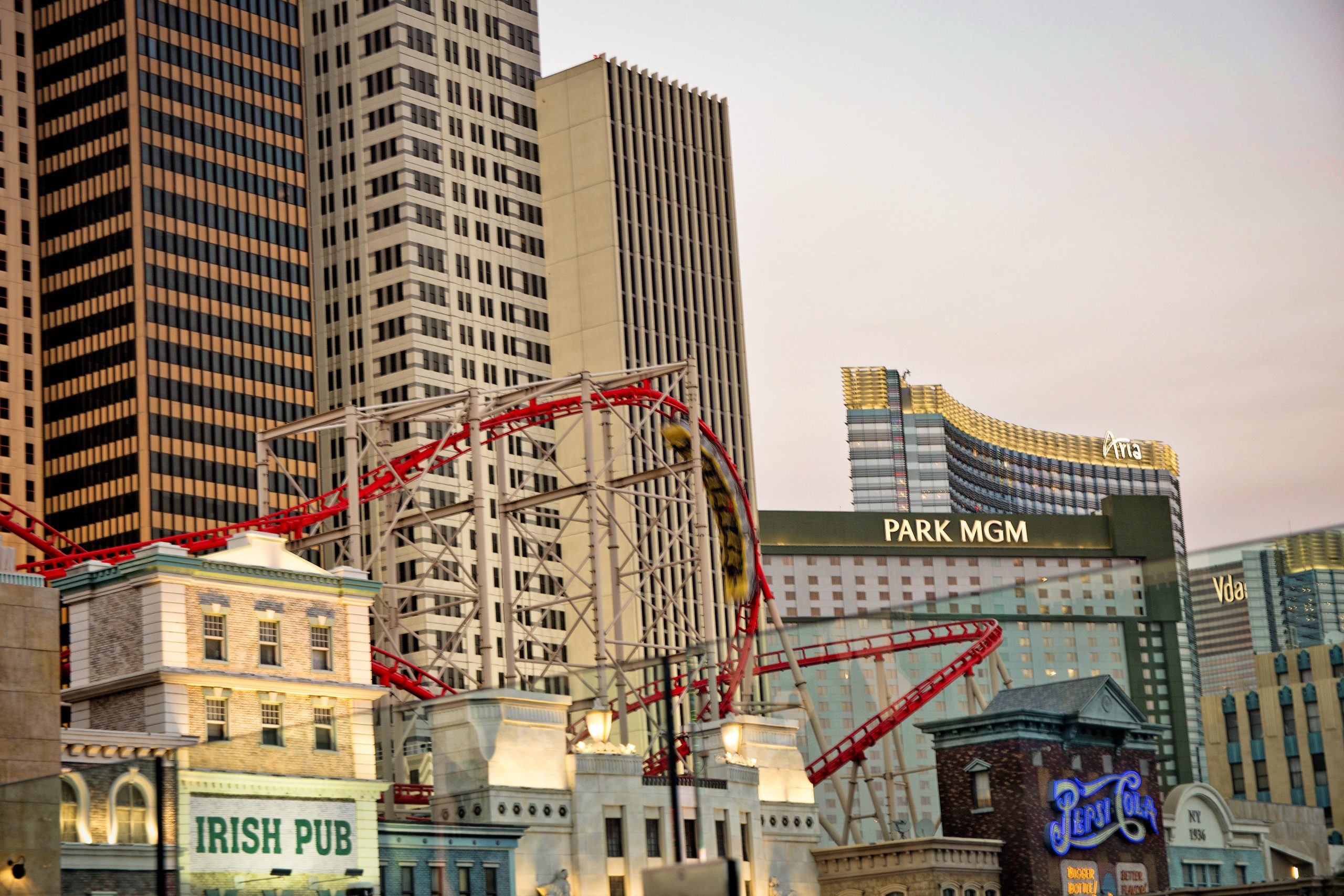 MGM Resorts dove head-first into the theme park business with MGM Grand Adventures in 1993 – a respectable but ill-fated attempt at a regional theme park – designed to appeal to Southern Californians. The Circus Circus’ Grand Slam Canyon Theme Park (later The Adventuredome) opened that same year, and was owned by MGM between 2005-2019. Today, Big Apple Coaster is the last of MGM’s amusement park-oriented assets. 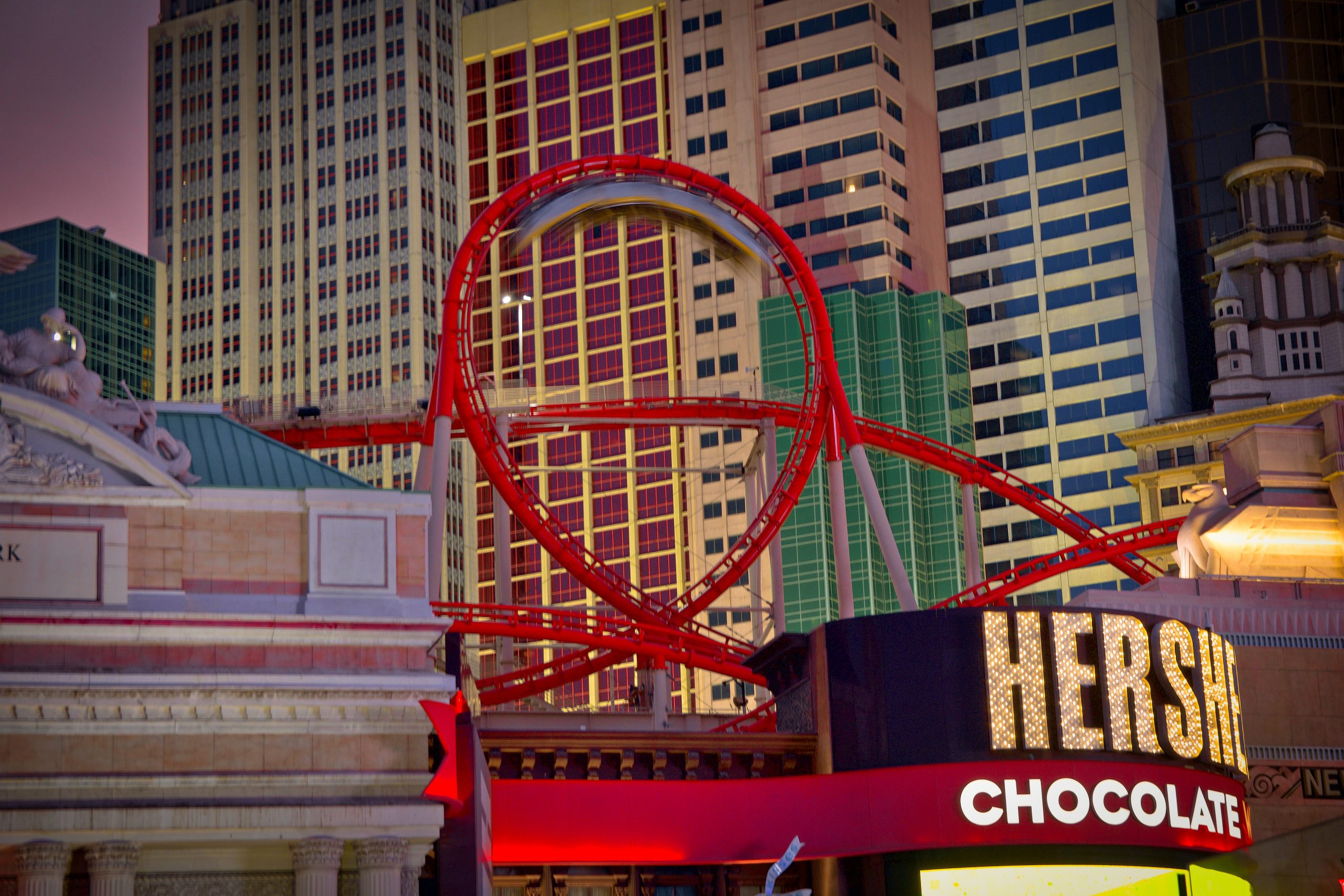 Manhattan Express opened during an era of substantial international prominence for Togo. After making global headlines for breaking the overall height record in 1996 with Fuji-Q Highland’s Fujiyama, three Togo projects debuted the following year: Manhattan Express, its fraternal twin Mega Coaster at Hamanako Pal Pal in southern Japan, and Knott’s Berry Farm’s notorious Windjammer Surf Racers. A lawsuit filed by Cedar Fair over the fulfillment of Windjammer would lead to Togo closing its doors after more than 60 years of coaster design. Their final installation would be Flounder’s Fish Coaster at Tokyo DisneySea. 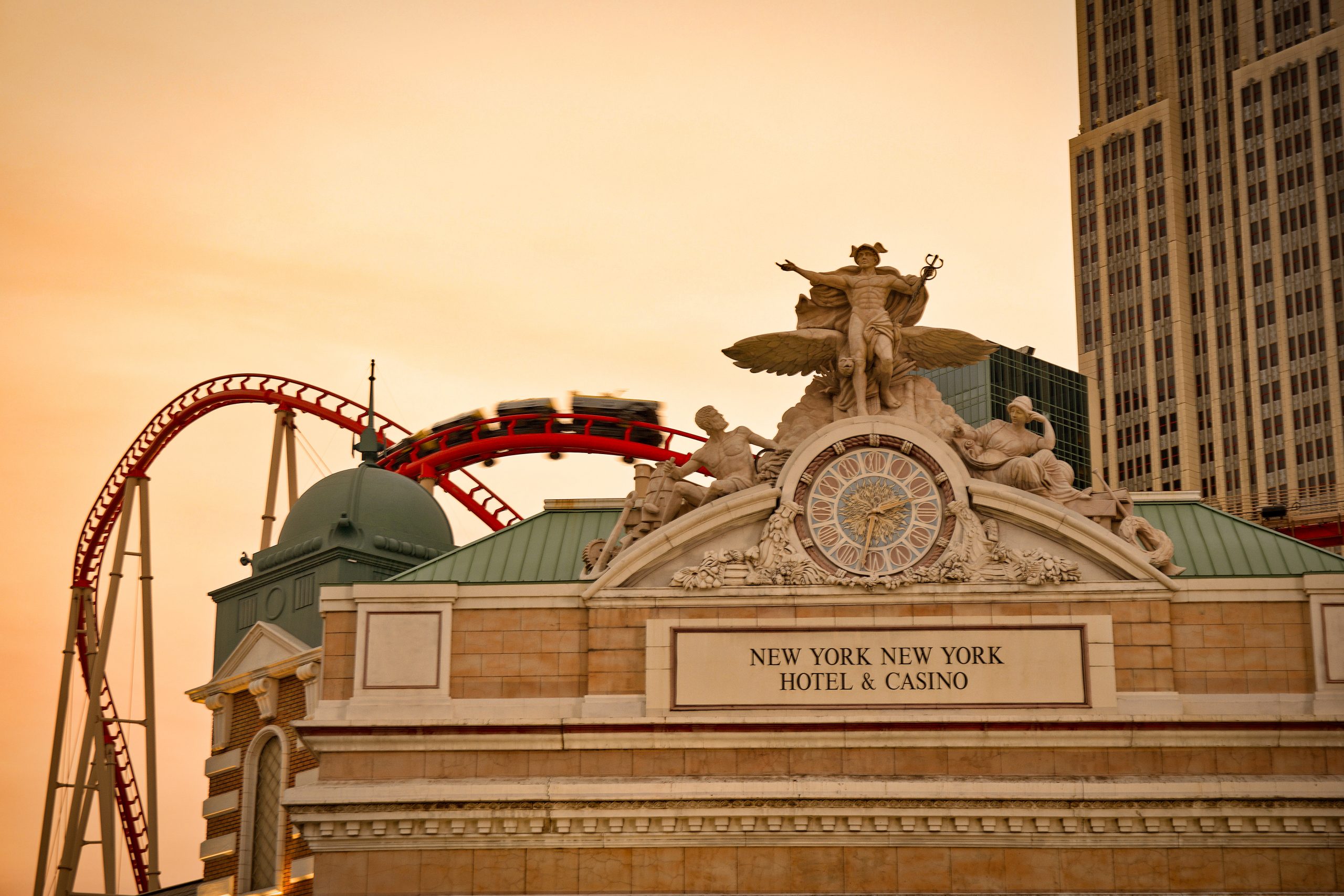 Time seemed to pass Manhattan Express by – both rapidly and mercifully – as the number of US Togo projects fell from a healthy handful to just one solitary operation inside of 15 years. No sooner did Cedar Fair call it quits on Windjammer did Six Flags chop Great Adventure’s Viper (the first installation of the modern looping product line that included Manhattan and Mega Coaster), and the 2005 closing of Astroworld saw the loss of the only example of Togo’s iconic Ultra Twisters to cross the Pacific. The KECO/ Paramount Stand-Up Togos saw their retirement in 2002, 2014, and 2015 respectively (though the Canada’s Wonderland Skyrider now thrills guests at Cavallino Matto in Italy). 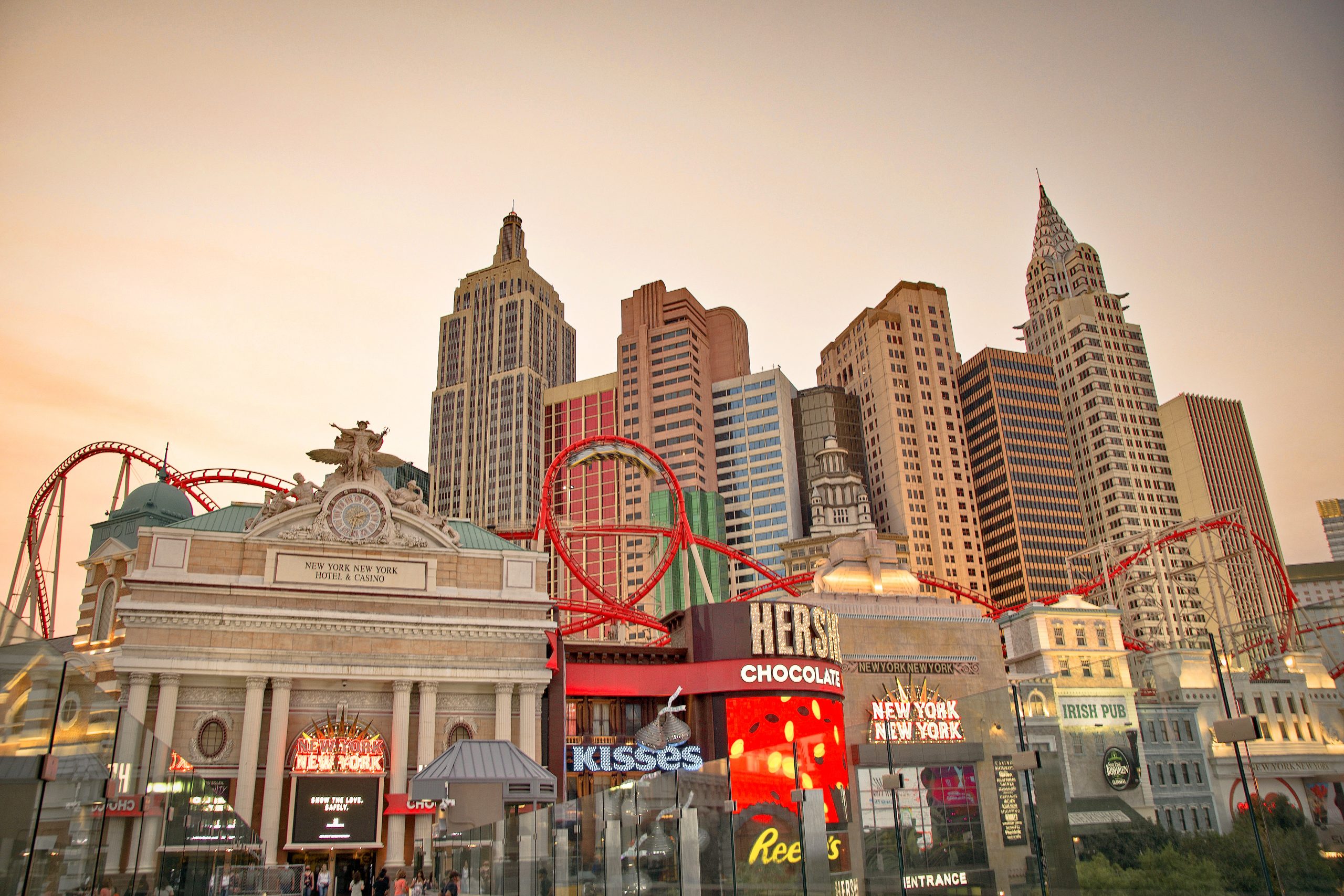 Though still known by many as the Manhattan Express (its Six Flags Magic Mountain-inspired marquee keeps the ride’s original moniker and theme alive), the ride saw this title dropped amid the hotel’s 2006 remodel (in favor of simply “Roller Coaster” or Big Apple Coaster in recent years). Premier Rides installed new brakes in 2004 and new rolling stock in 2006, and have since been responsible for the ride’s parts supply in the wake of Togo’s retirement. Ironically, this is the last remaining ride on The Strip that Premier Rides provides support for, now that their own Vegas installations – Stratosphere Tower’s High Roller and Sahara’s Speed the Ride – are no longer with us. 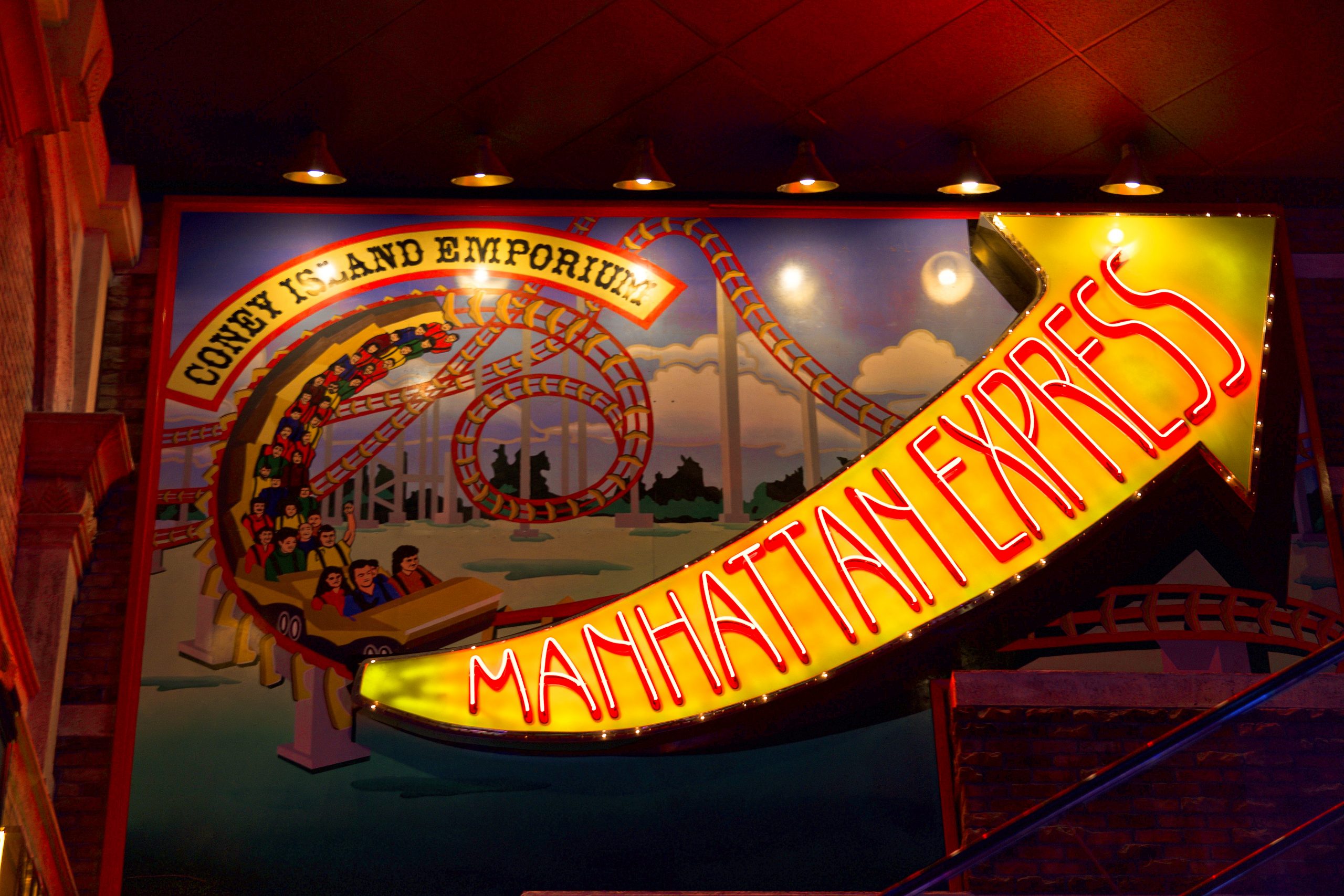 The ride experience is polarizing. Premier Rides’ trains were no doubt an improvement over the more squat Togo vehicles, but retention of the shoulder harness leaves much to be desired for some riders. The ride’s transitions will delight fans of old Arrow and Vekoma coasters, its overall design taking cues from everything from nearby Desperado to Arrow’s Mega Loopers to Togo’s own classic loopers of the 80’s. At 203ft tall, the ride may or may not qualify as a Hyper Coaster depending on one’s assessment. At 4,777ft, the ride almost certainly qualifies for many as a 2-and-a-half-minute ass-kicking akin to the punishing NYC taxi rides upon which Manhattan Express is themed. A sloped brake run suspended over the Greenwich Village-themed food court is a bizarre end to a fittingly bizarre ride. HQ photographs of your endeavor are available at the gift shop. 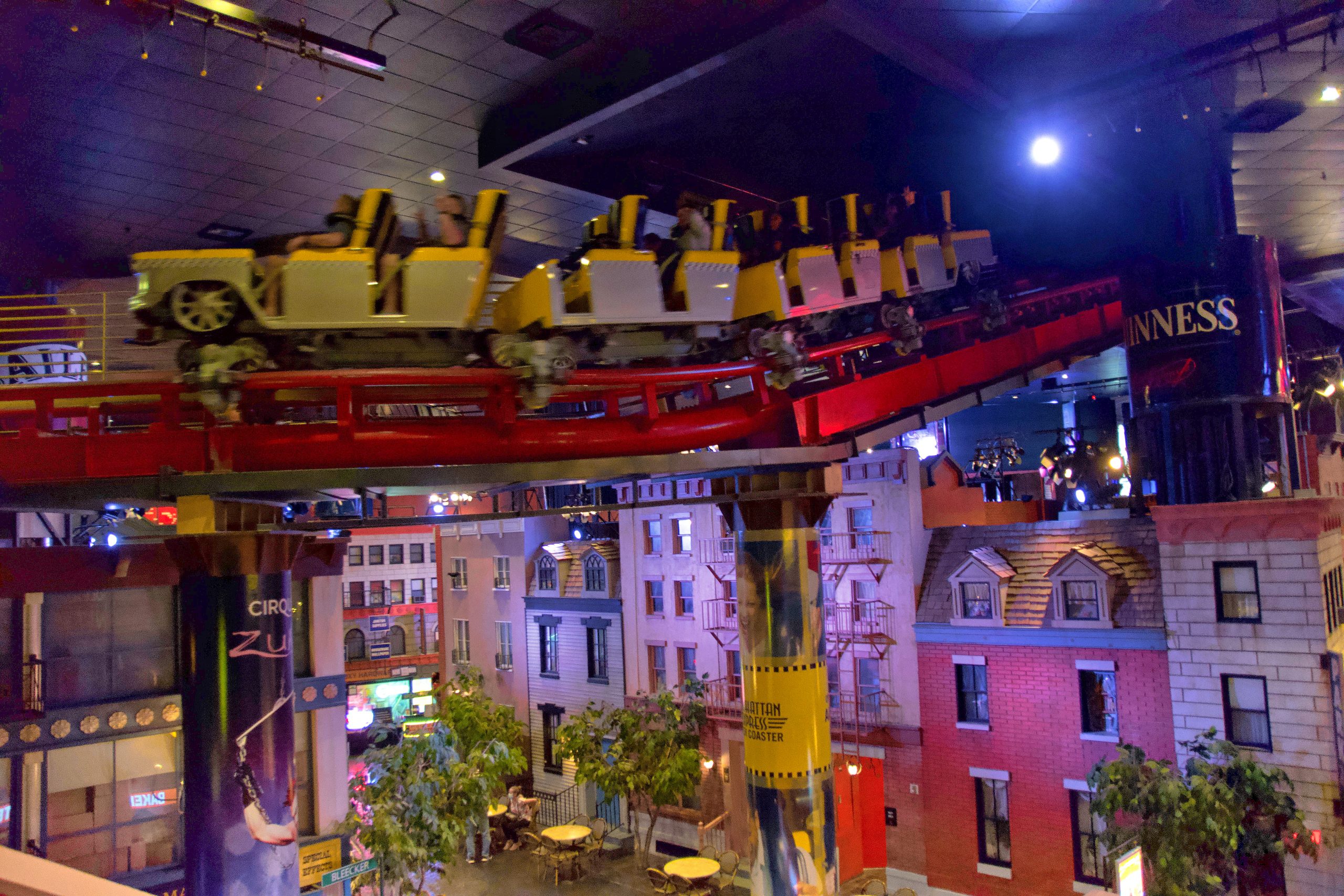 The clock is probably ticking for this Vegas institution – there’s no telling if or when the fulfillment issues of remaining Togo rides will come home to roost. Rides like Fujiyama, or the 1953-built Roller Coaster in the heart of Tokyo, are probably safe for the foreseeable future; Big Apple Coaster, meanwhile, could be one of the next high-profile structural implosions that Las Vegas has become famous for. The unique circumstances surrounding this project make it a challenge to predict what kind of time segment we’re dealing with as far as the service life of Manhattan Express goes, but whatever the case may be, no one can say it wasn’t an interesting ride. 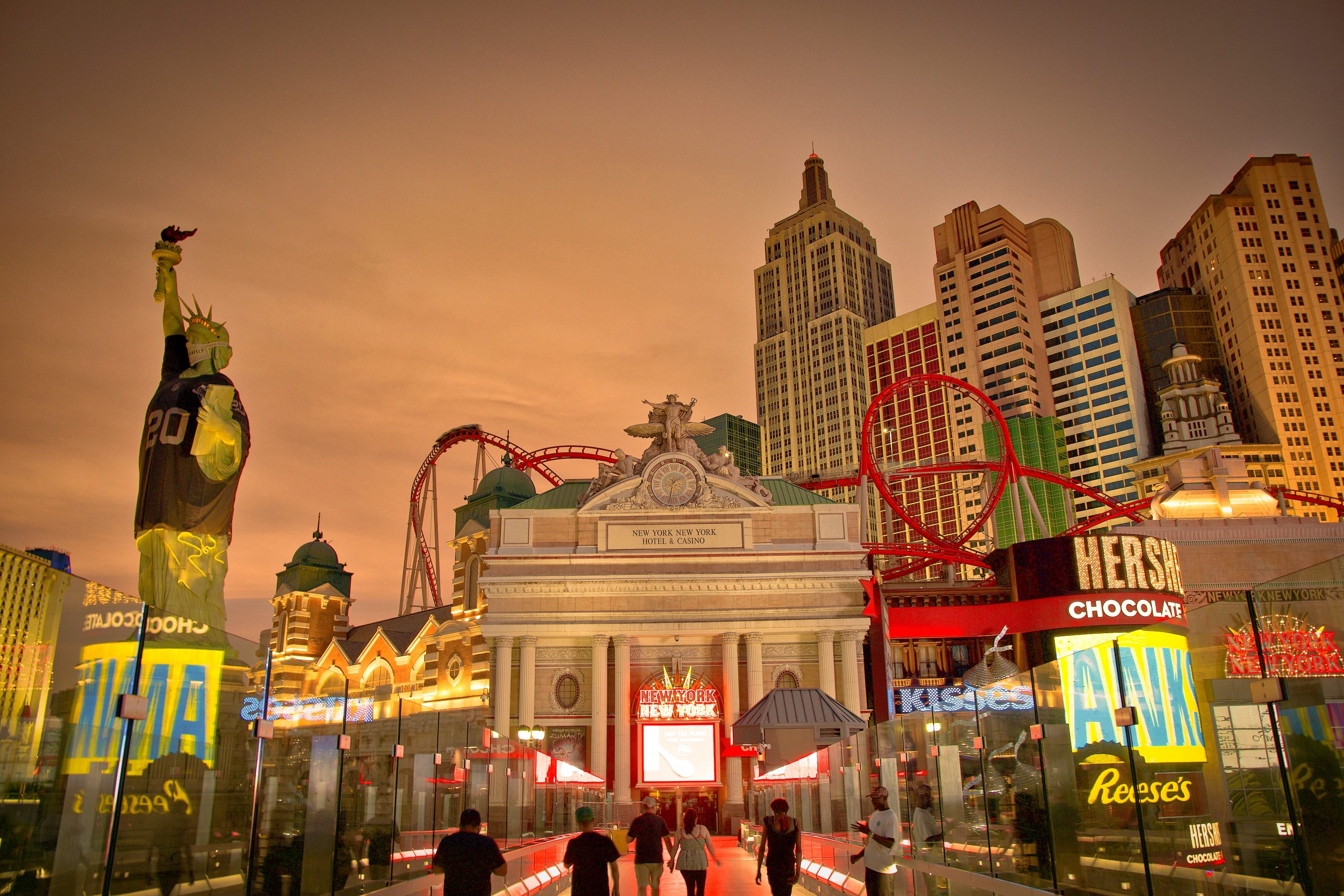