Sean: We’re back with another list! This time we’re looking at a smaller company than the past few lists, but with tremendous value nonetheless. Herschend Family Entertainment operates three theme parks in the US: Wild Adventures, Silver Dollar City and Dollywood. Let’s find out what their 5 best coasters are!

We’re starting our list with the new-for-2018 Mack Rides Xtreme Spinner. This was the first time a spinning coaster was quite an event like this. Time Traveler features two launches, three inversions, and a vertical drop. The ride also throws some wild airtime into the mix, making it quite a spectacle. The spinning isn’t as dizzying as you’d expect, and the ride has just the right mix of intensity and fun elements. Another wonderful aspect of Time Traveler is the use of terrain, meaning that from the station you dive straight into the action, a great start! 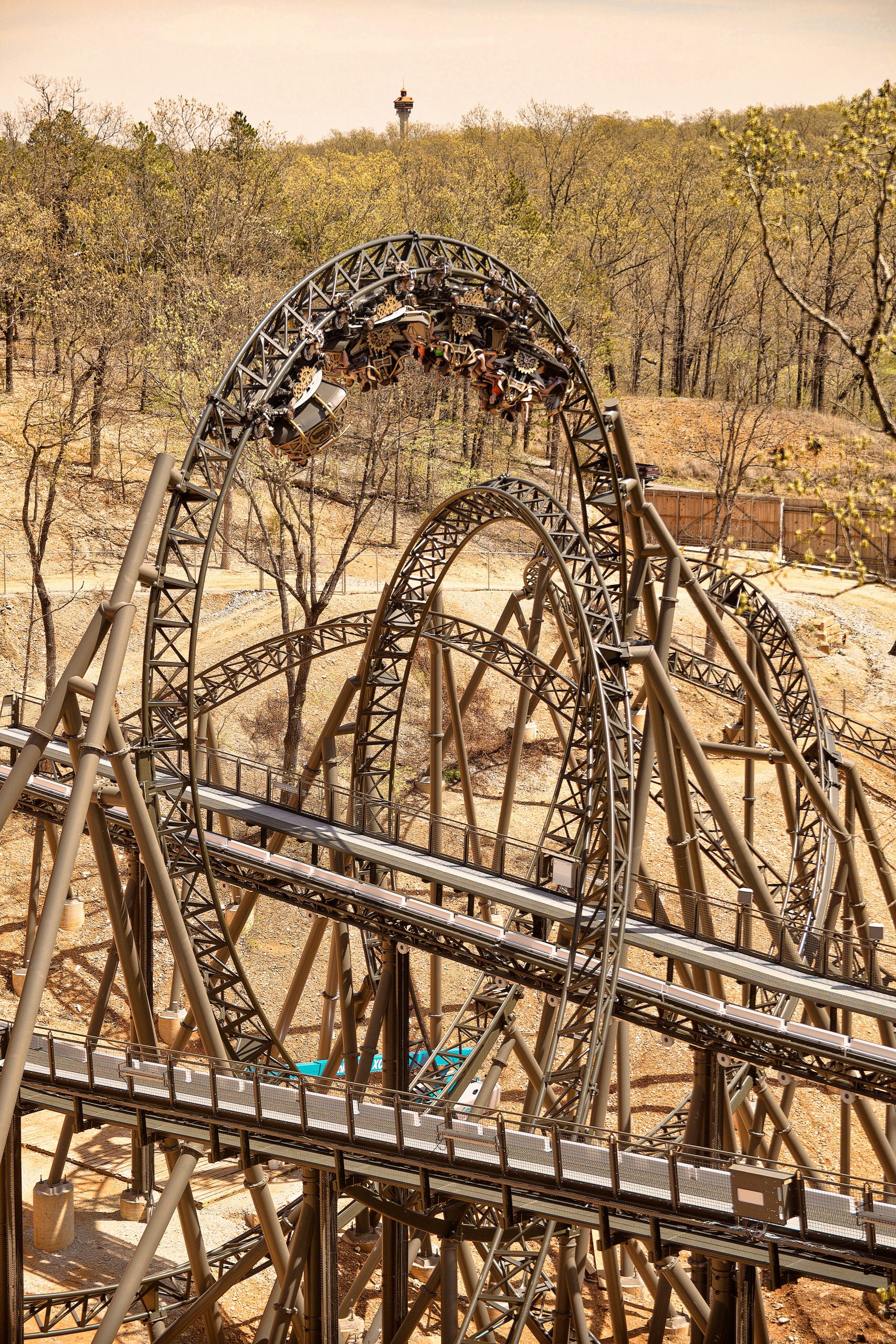 Next on our list is one of Alan Schilke’s masterpieces. Arrow’s coasters have generally been considered quite rough, especially their loopers. However, there is one Arrow looper that is so smooth, it rivals B&Ms. Tennessee Tornado opened in 1999 as Dollywood’s first real thrill coaster. The ride makes incredible use of the terrain by climbing up a hill and featuring an underground tunnel. What makes it unique for an Arrow looper, is the fact that the elements are all massive. Instead of the conventional loops of the same size peppered throughout the ride layout, Tennessee Tornado features all custom elements and inversions including a 110 ft. tall loop as the ride’s centerpiece. Though the ride is over in a flash, it’s classic Dollywood and can’t be missing from this list! 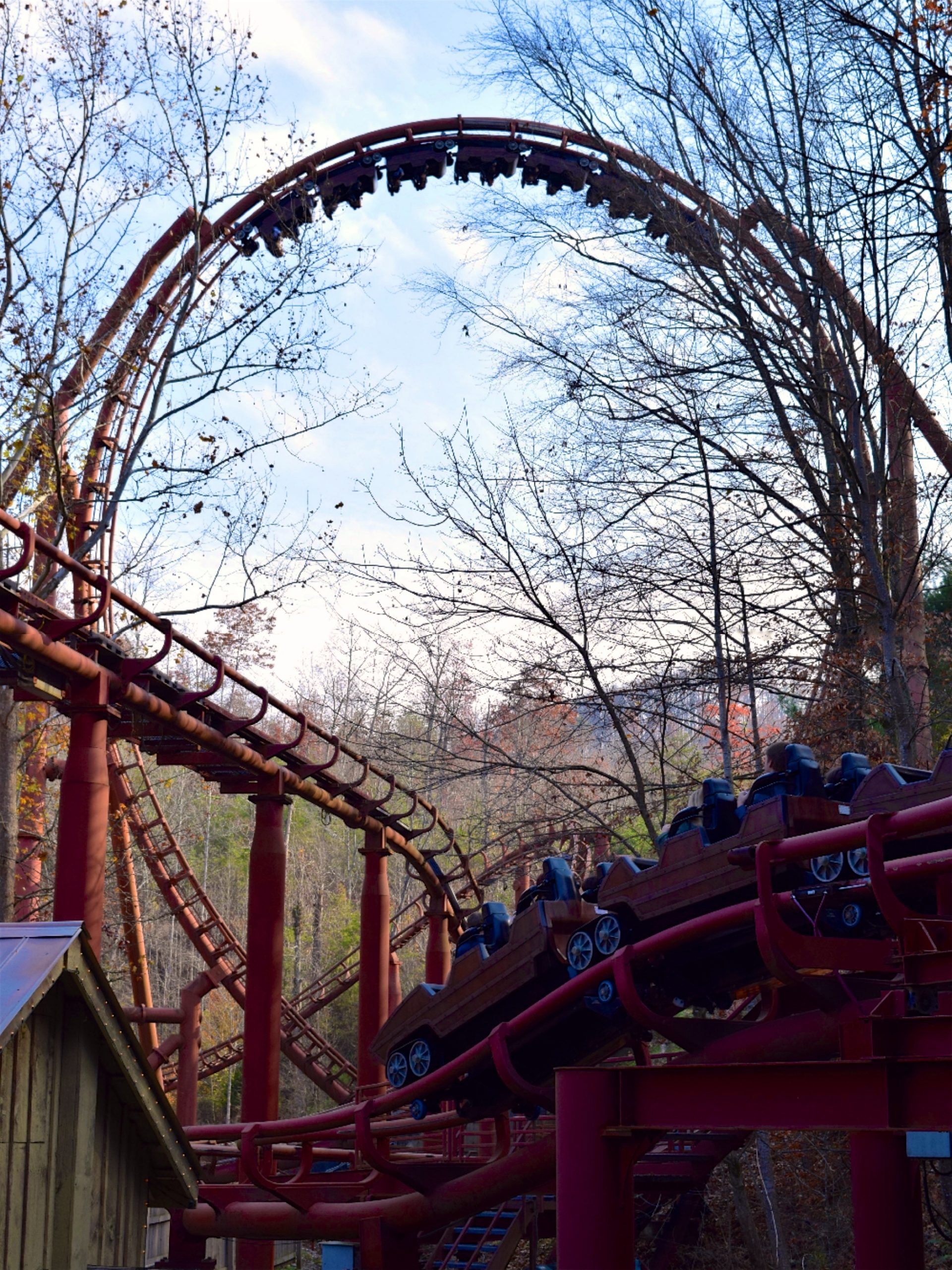 One of the country’s biggest surprise coasters can be found in the hills of Branson, Missouri. Thunderation is a classic Arrow Mine Train that is unconventional in many ways. Using the terrain to its fullest potential, Thunderation doesn’t actually reach its lift hill till the end of the ride. The moment the train leaves the station it increasingly picks up speed thru helices, drops, and tunnels, reaching speeds of almost 50 miles per hour. Though the lift hill could have just been a return to the station, Thunderation also features a significant drop and high-speed return to the station at the end of the ride. Thunderation simply kills it: phenomenal pacing, awesome use of terrain, it’s smooth, and probably the best Arrow Mine Train ever built. 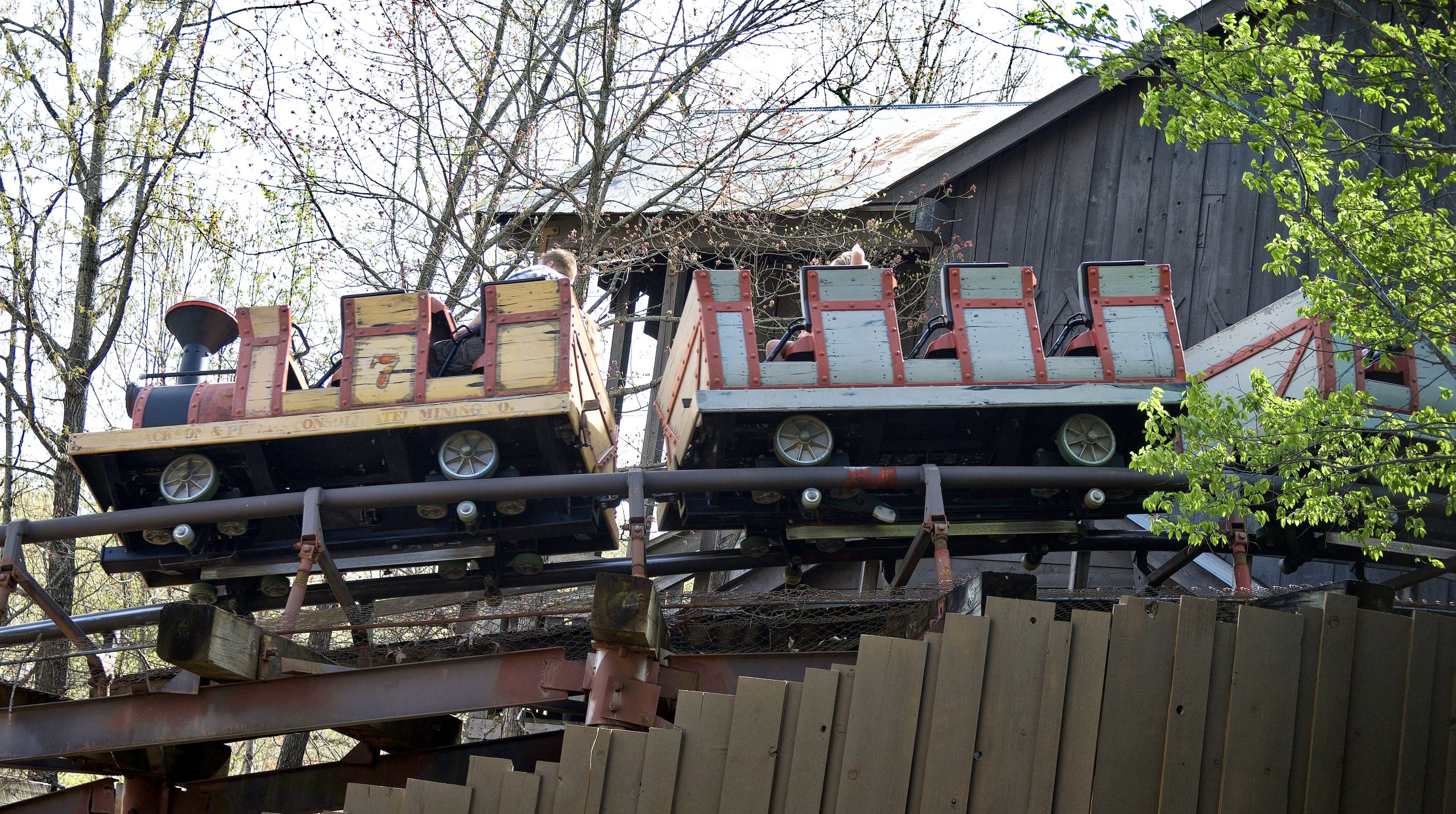 Taking the #2 spot is the only launched wooden coaster in the world, the hyper-terrain-coaster that is Lightning Rod! This Rocky Mountain Construction topper-track wooden coaster has a lot going for it, gorgeous trains, scenic surroundings, terrain, amazing airtime and a great launch. We have to say it is Dollywood’s best ride, upon return to the station you’re in awe. Though the coaster has been tamed down a bit to allow for a functioning launch, as well as the fact that it can run pretty rough sometimes, Lightning Rod remains one of the world’s best wooden coasters. If not the best. 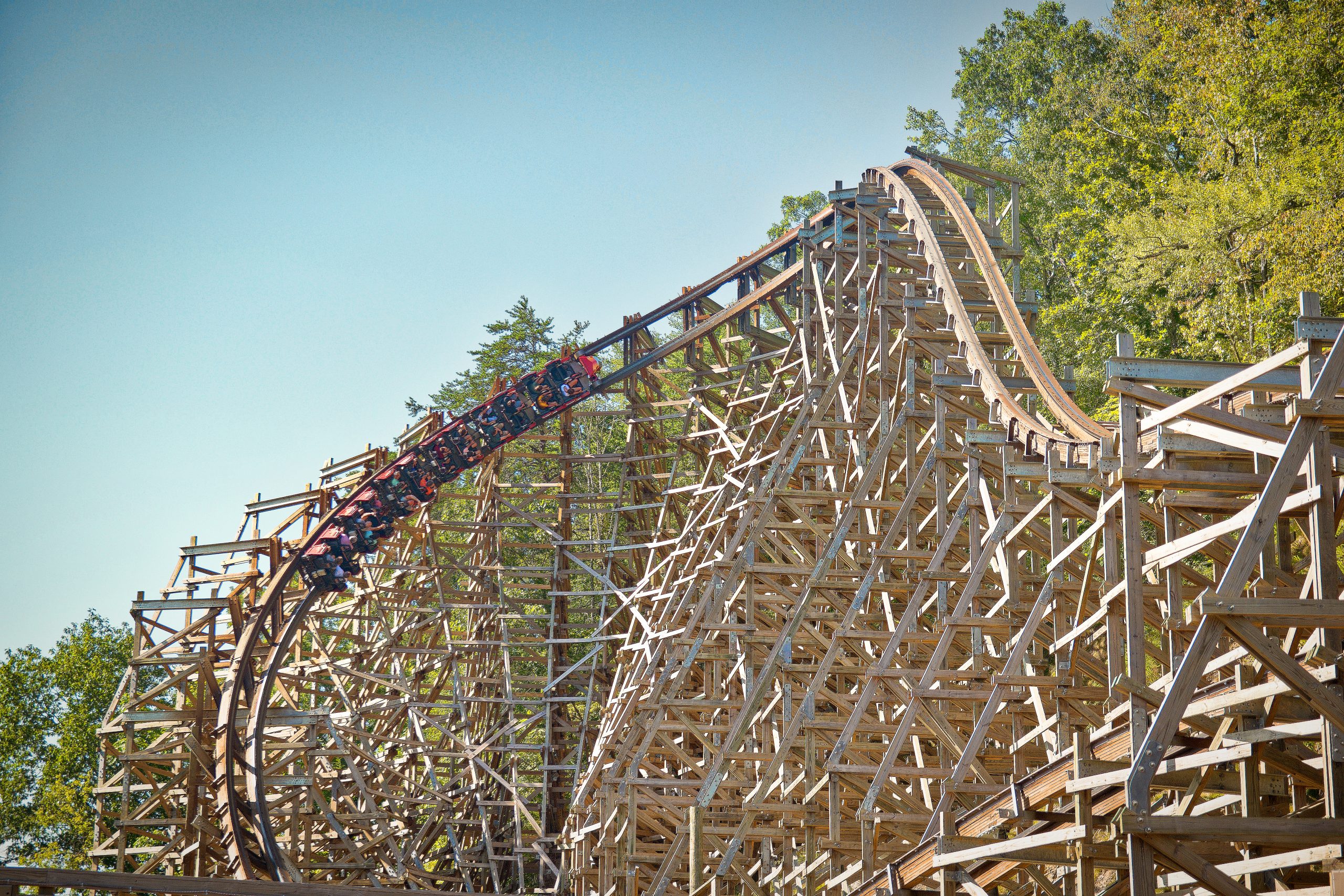 What could very well be the best wooden coaster on earth is Rocky Mountain Construction’s first topper-track custom wooden coaster. Outlaw Run gallops along the hills of Silver Dollar City and reinvented the wooden coaster game. Revolutionary moves on the ride include three inversions, wall/wave turns, snappy airtime and a 81 degree drop off the hillside. What sets Outlaw Run just a tad higher than Lightning Rod? The varied lineup of elements and close following of the terrain. Outlaw Run features an over-banked inversion, follows the terrain closely, and finishes with an unprecedented amazing finale: a double corkscrew up a hill. Outlaw Run also matches the theme of the park perfectly and delivers the best overall package and experience of any Herschend Family Entertainment ride. 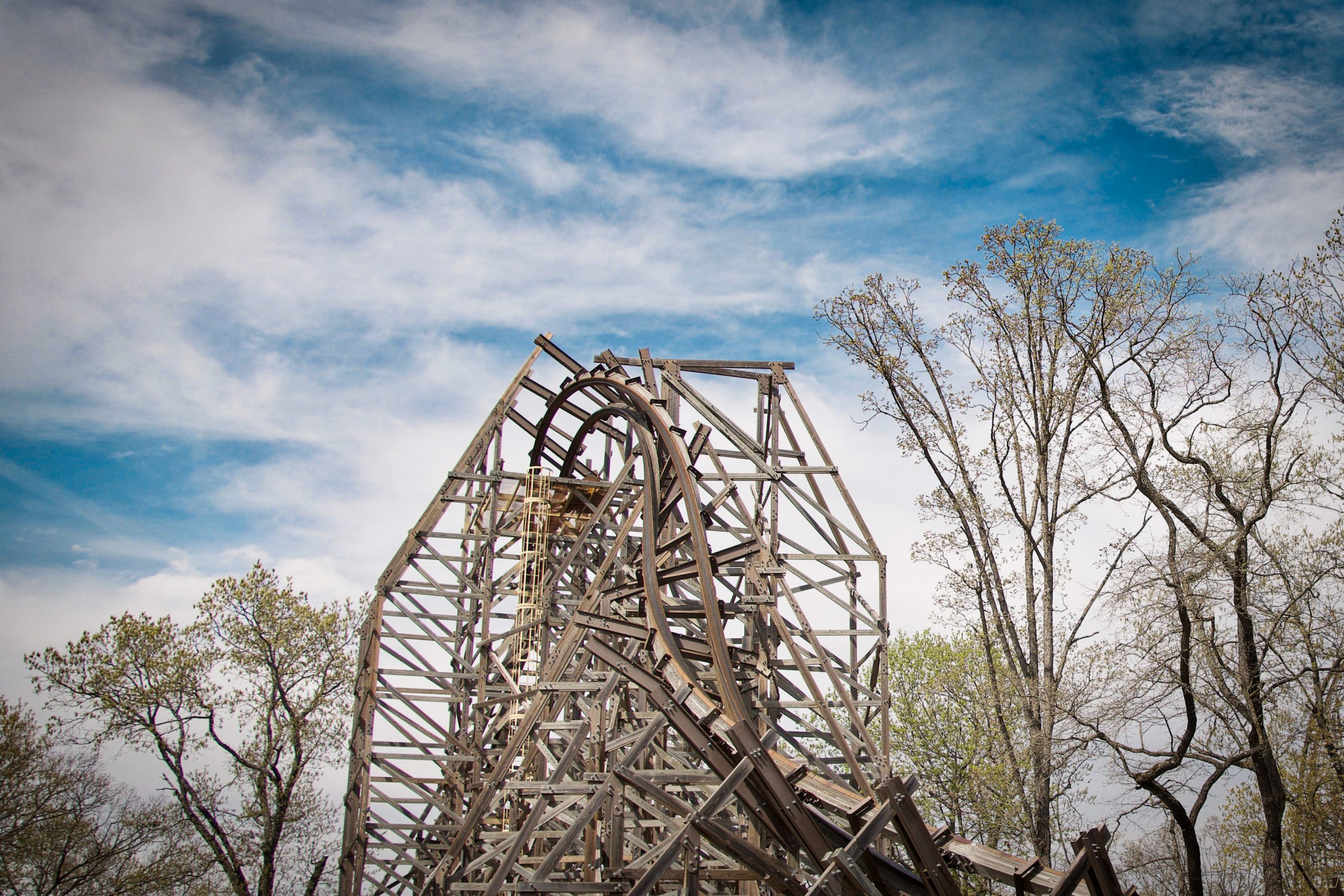 Thank you for checking out this list, check out some more lists and articles we recently published: