Alexander: It’s a real pleasure to be back in our old home park. Six months since our move to Orlando and Magic Mountain feels more special than ever. 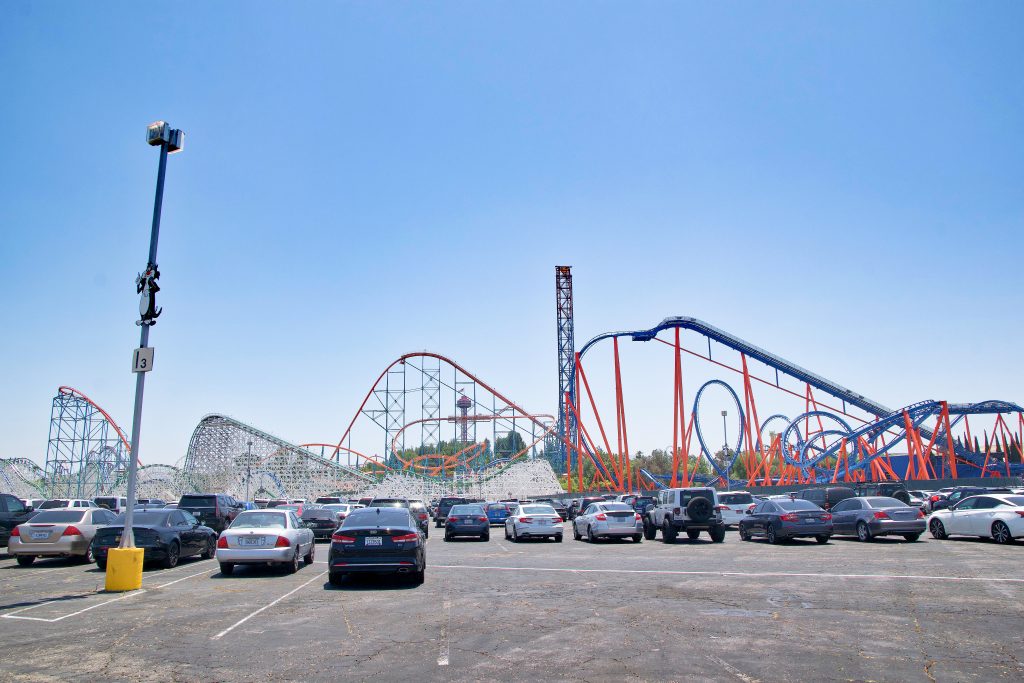 Here’s Sean with our child. 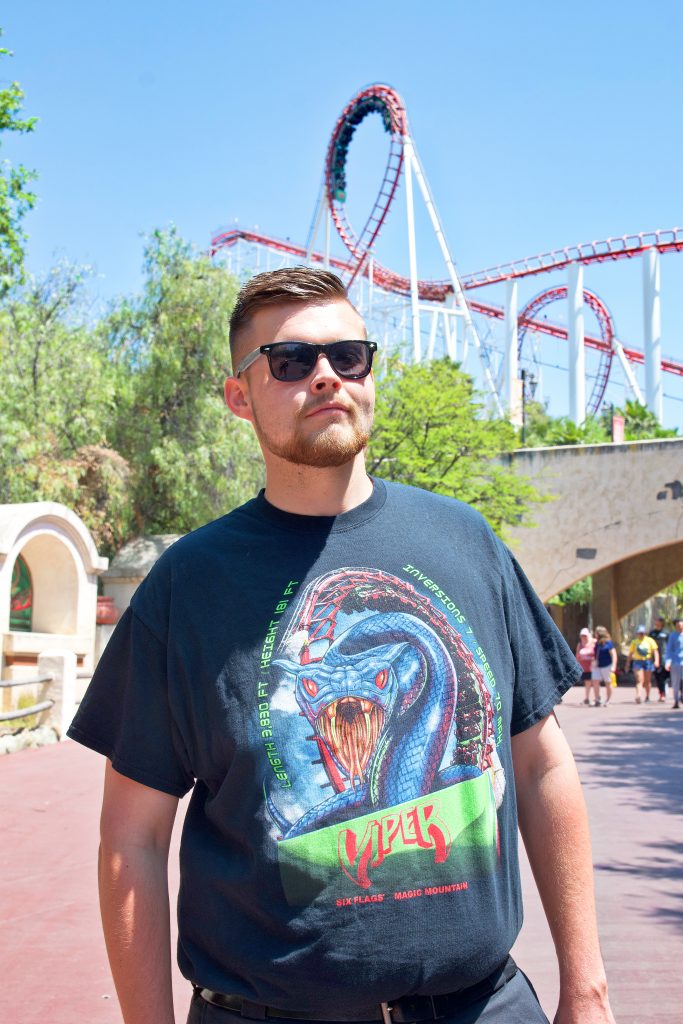 Is there a more valuable spot on Earth than Baja Ridge? Hard to say, tbh. 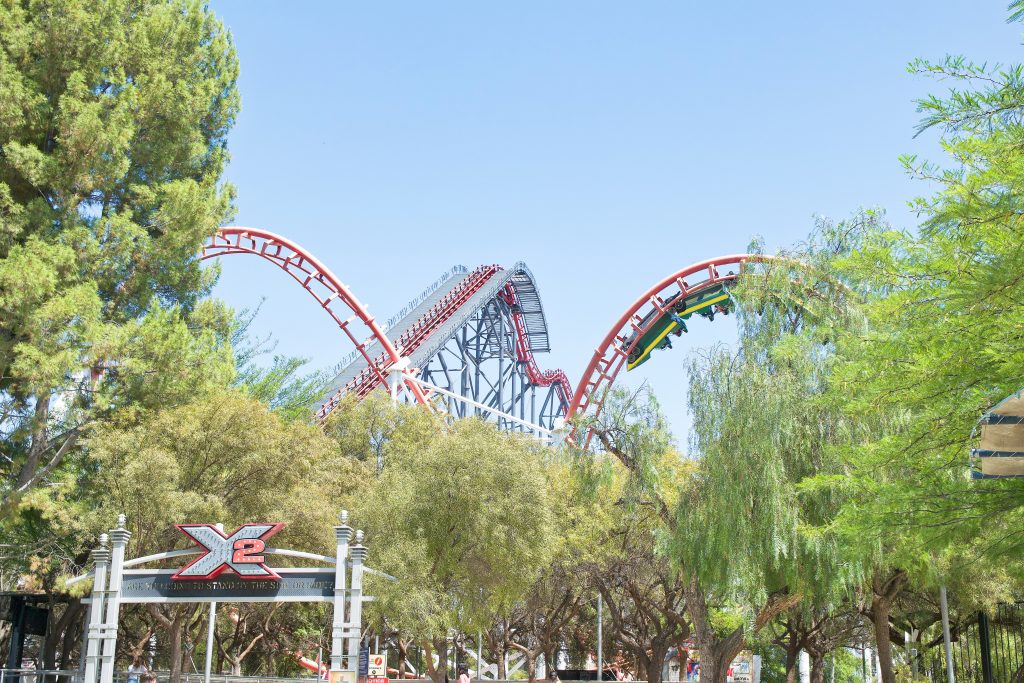 Our visit coincided with American Coaster Enthusiasts’ 42nd Annual Coaster Con, and Six Flags Magic Mountain was hard at work dazzling the masses. All (operating) coasters are giving the best rides of their lives right now. 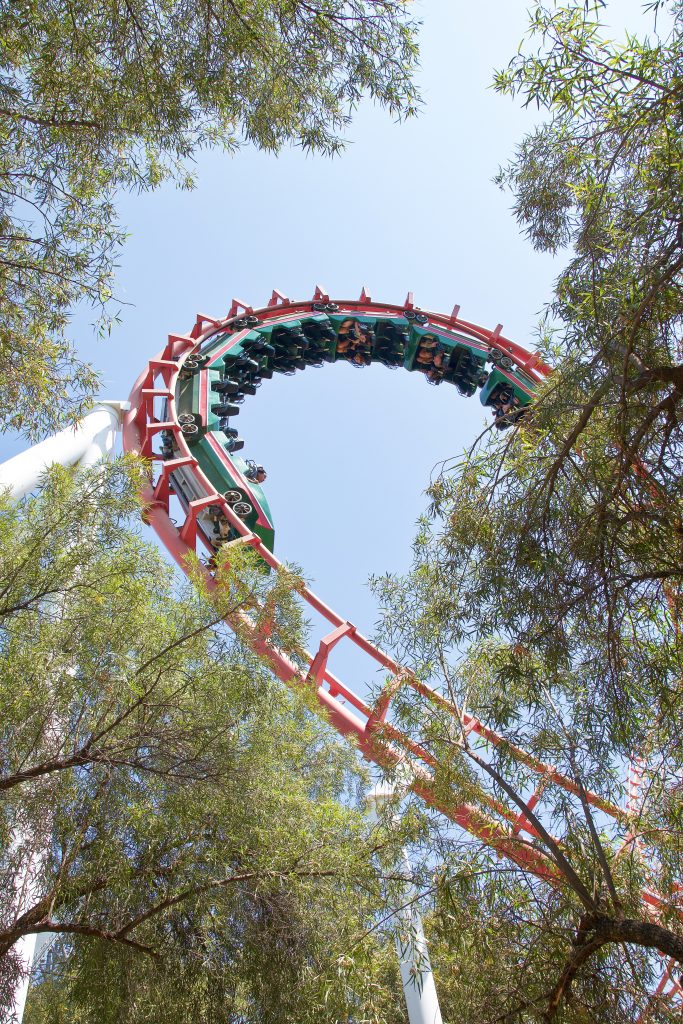 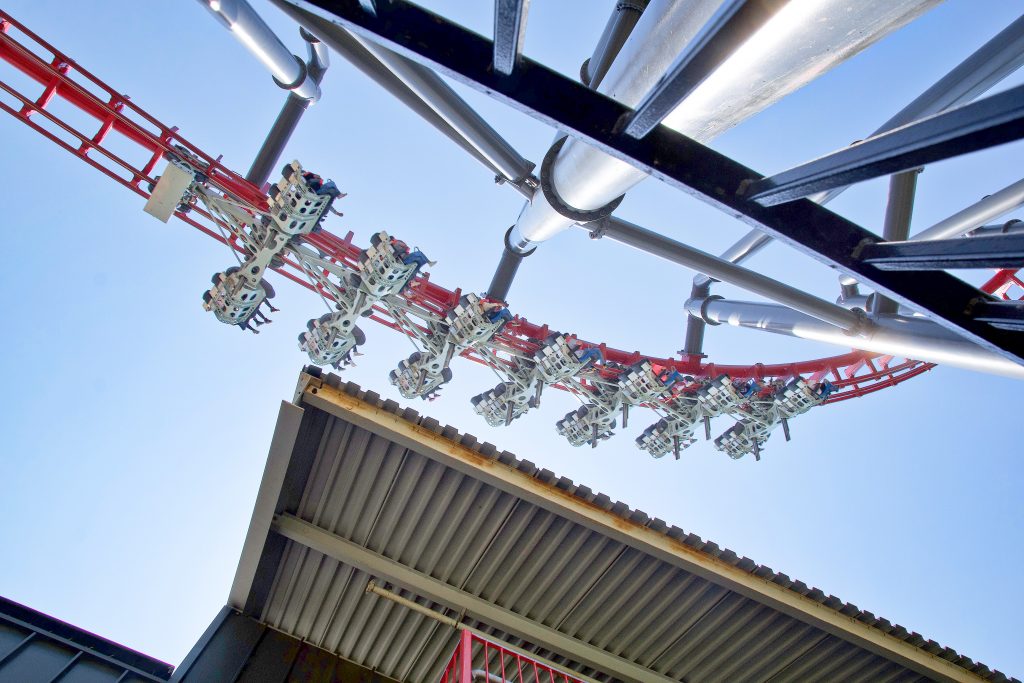 Operations are fabulous, downtime is minimal, and staff are hyped to host ACE. 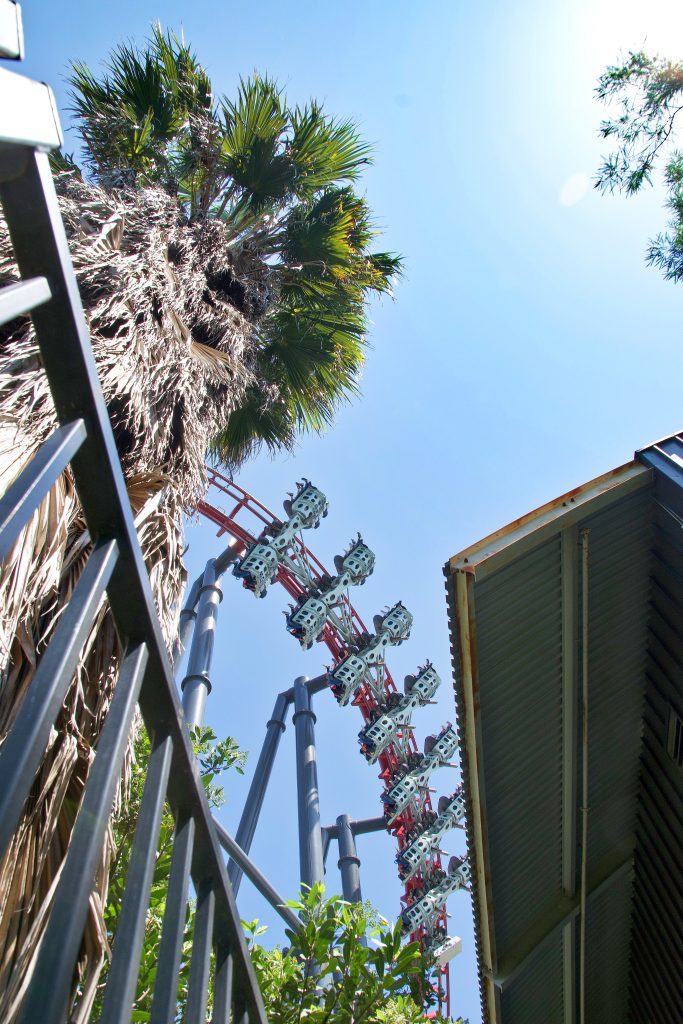 You know what the next most important place on Earth is? 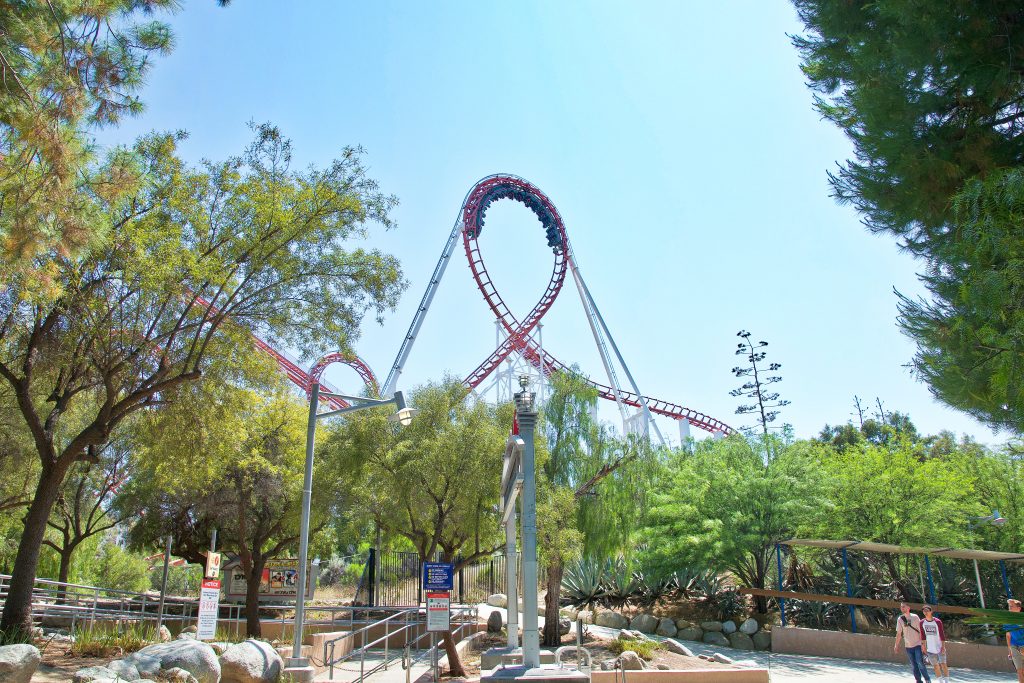 Samurai Summit, of course! Ninja is busy wooing the masses with its splendid pacing and spectacular near-misses with its new neighbor (more on that later). 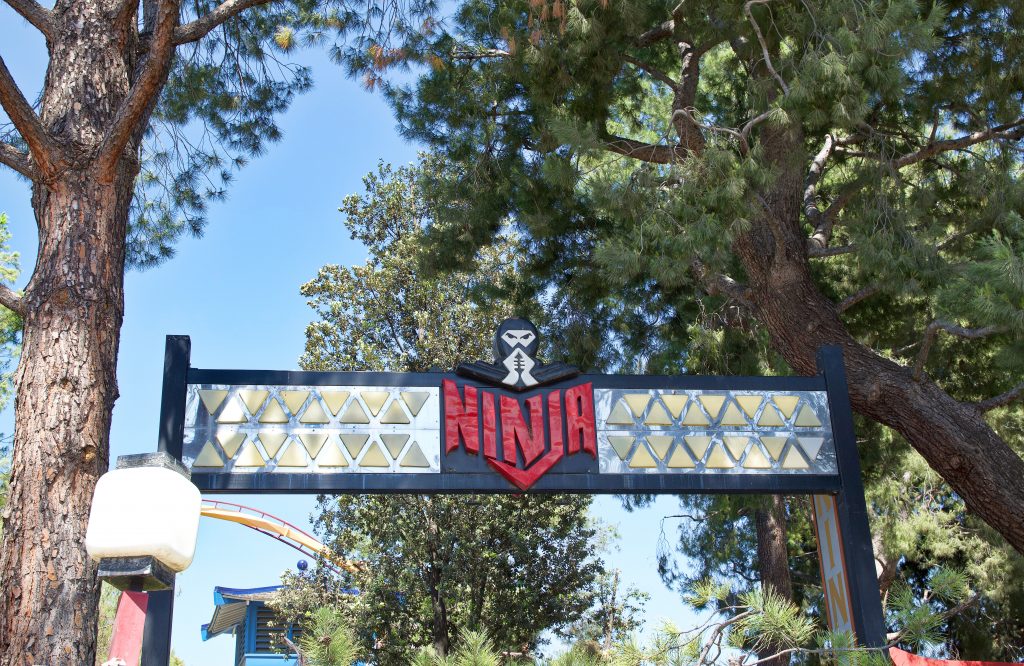 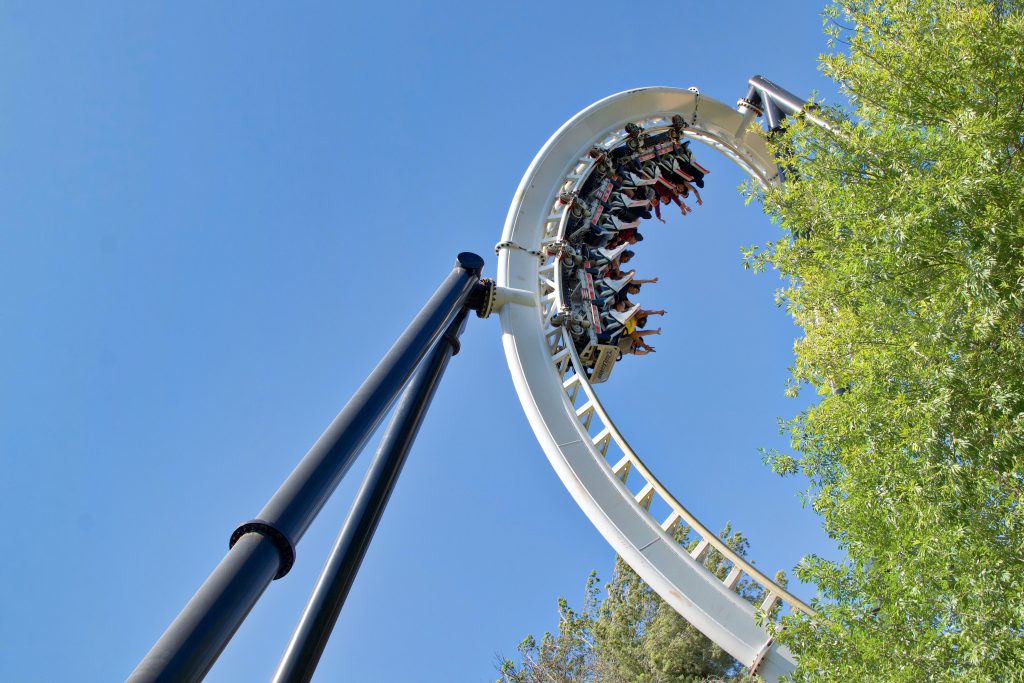 Ok, back to Ninja. 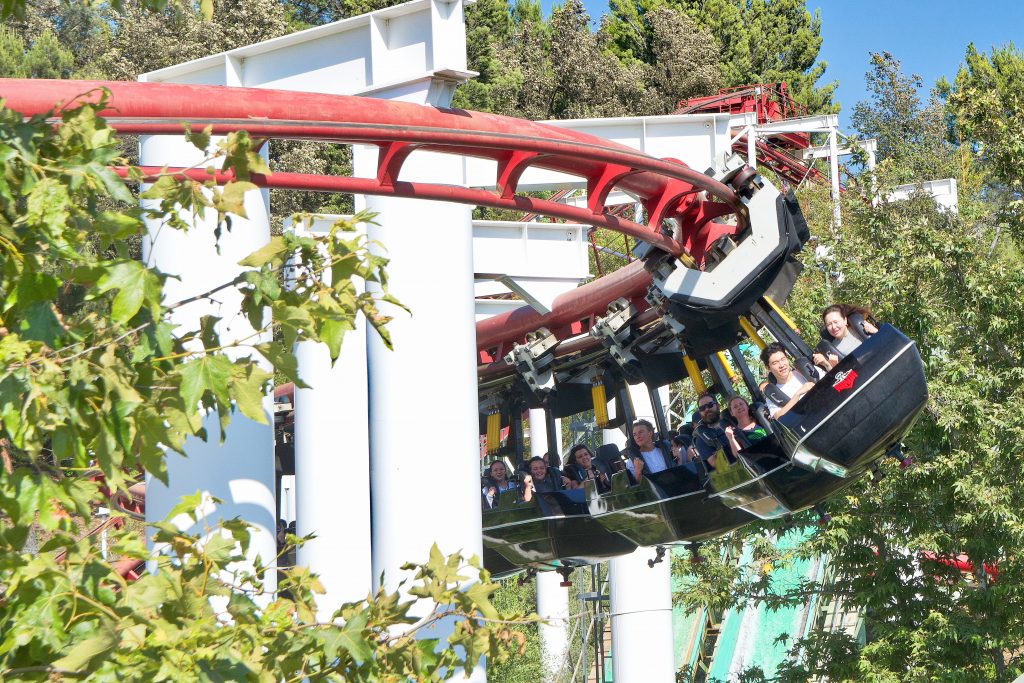 West Coast Racers is REMARKABLY close to Ninja. Some of these clearances are amazing. 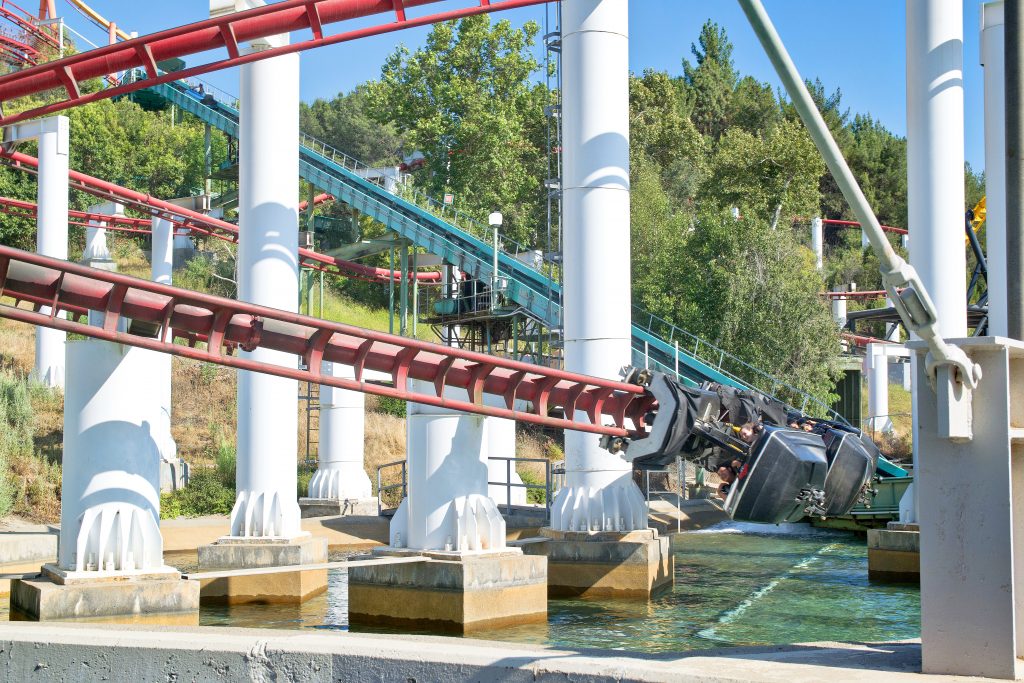 Life finds a way: the hillside is starting resemble its pre-2014 haircut in some places. 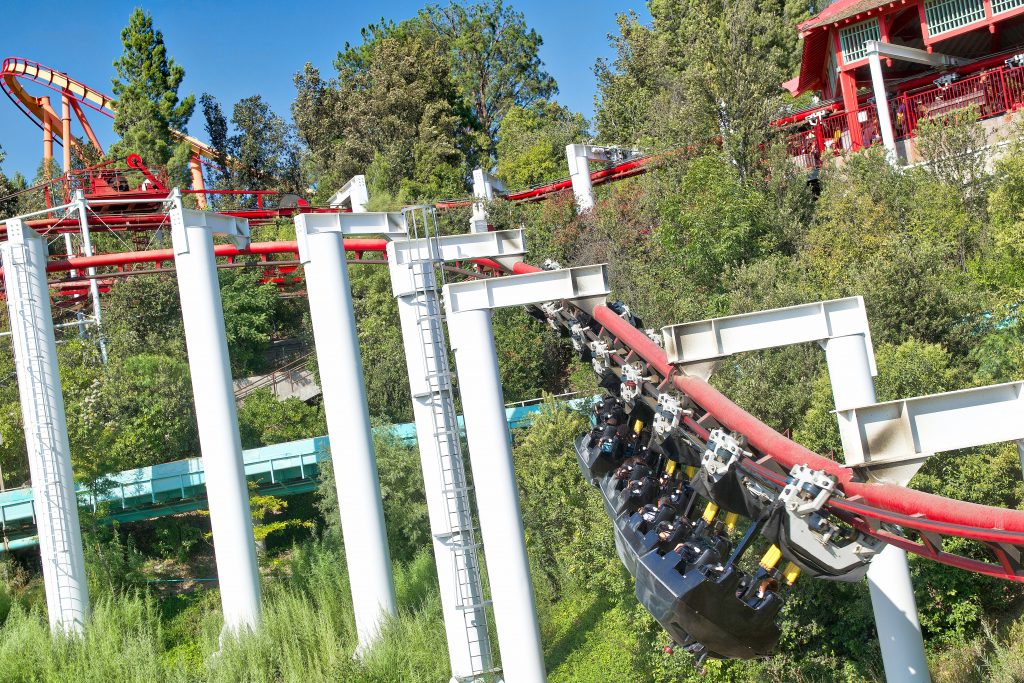 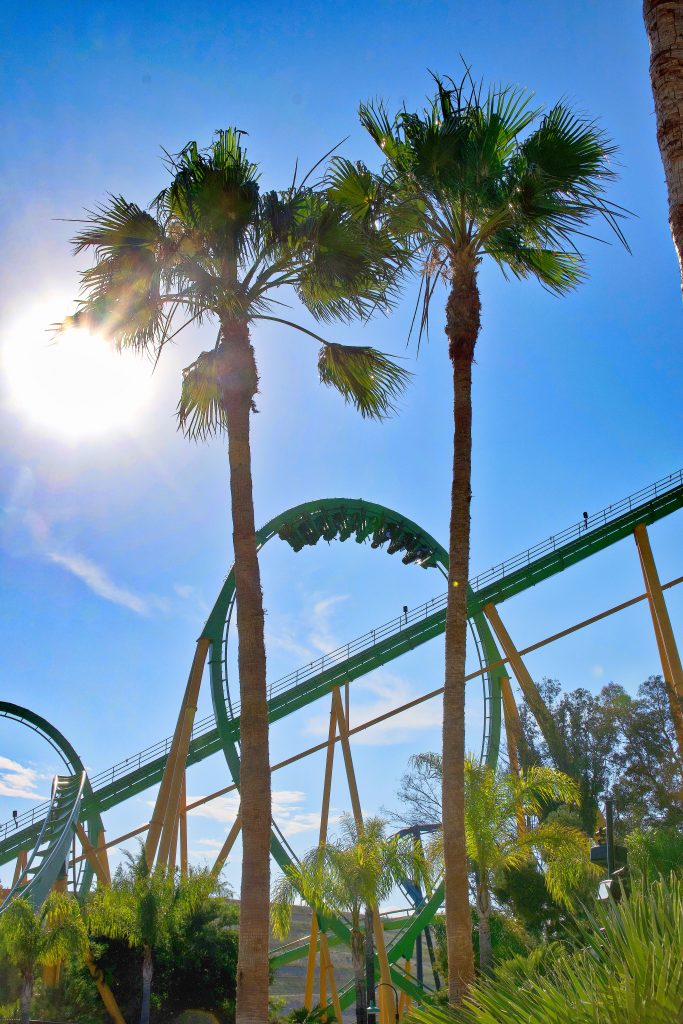 Is there anything prettier than Riddler’s exotic hues bathing in the afternoon sun? 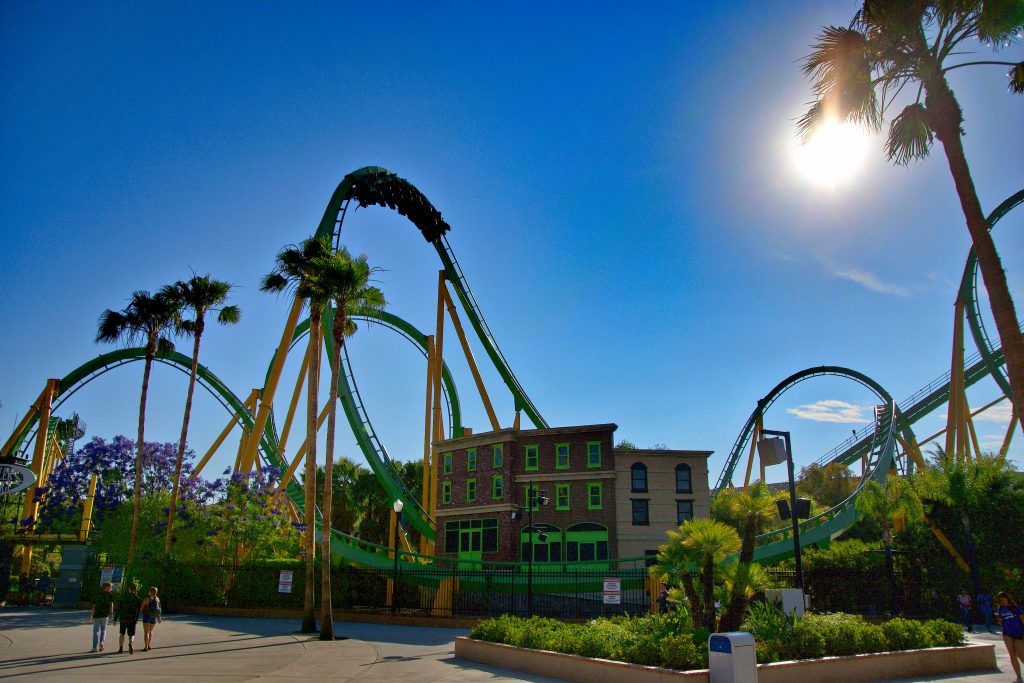 As skeptical as we were about this paint job, we’re now incredibly attached to it. It looks great on SFNE’s newly-dubbed Riddler as well! 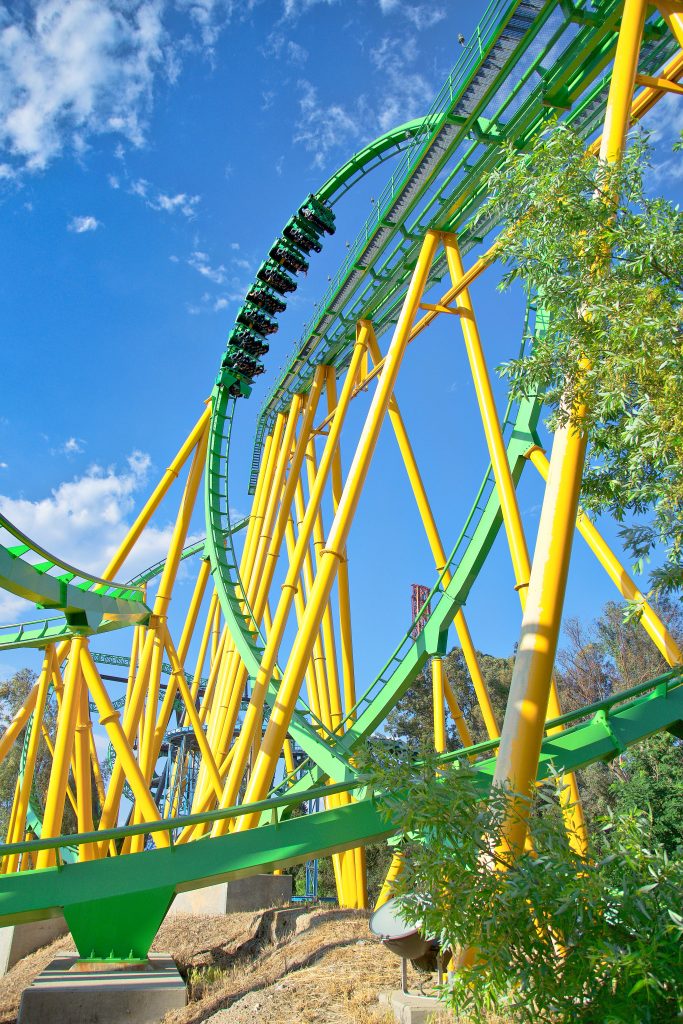 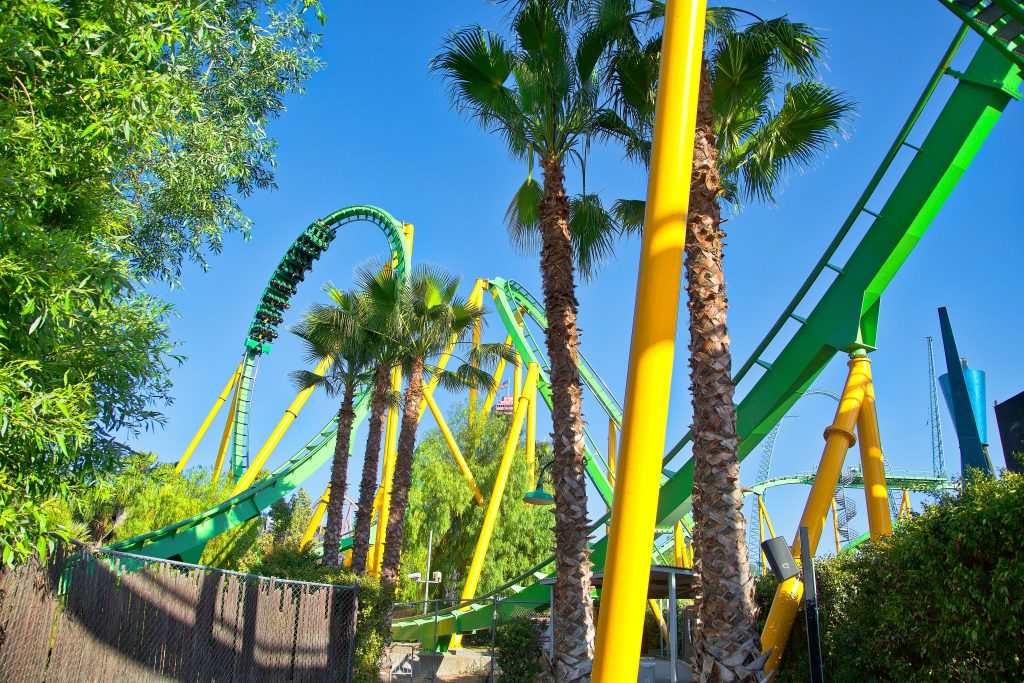 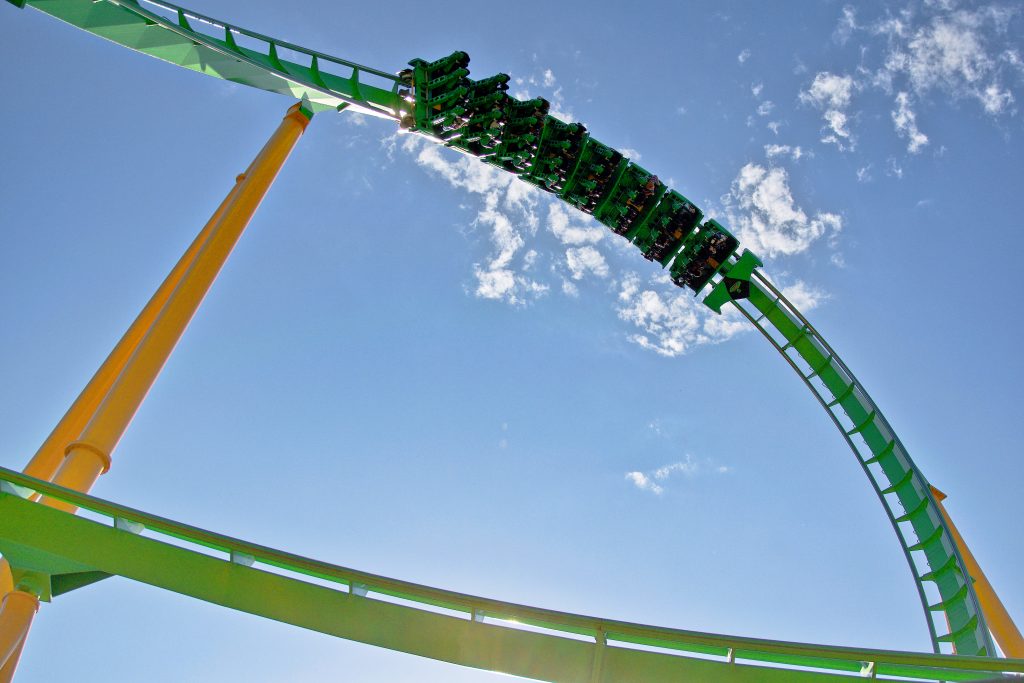 However, there’s no arguing that Riddler is B&M achieving total nirvana after steadily improving on the Stand-Up concept. 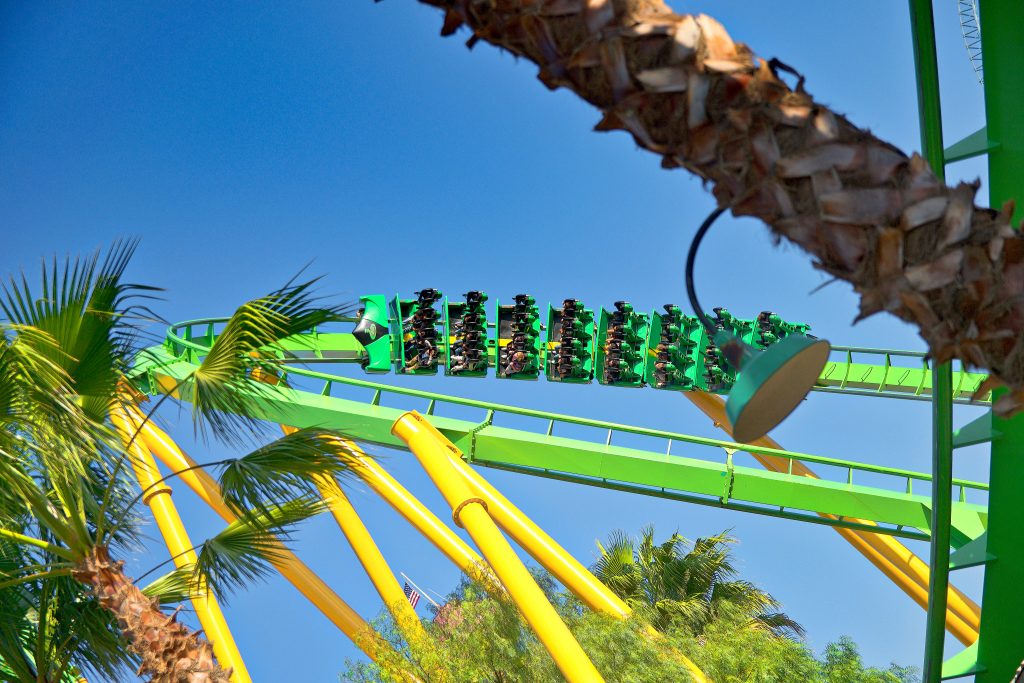 CraZanity is almost a year old and the public still overwhelms the ride with praise and crowds. Eager to see more flat rides for Magic Mountain in the future! 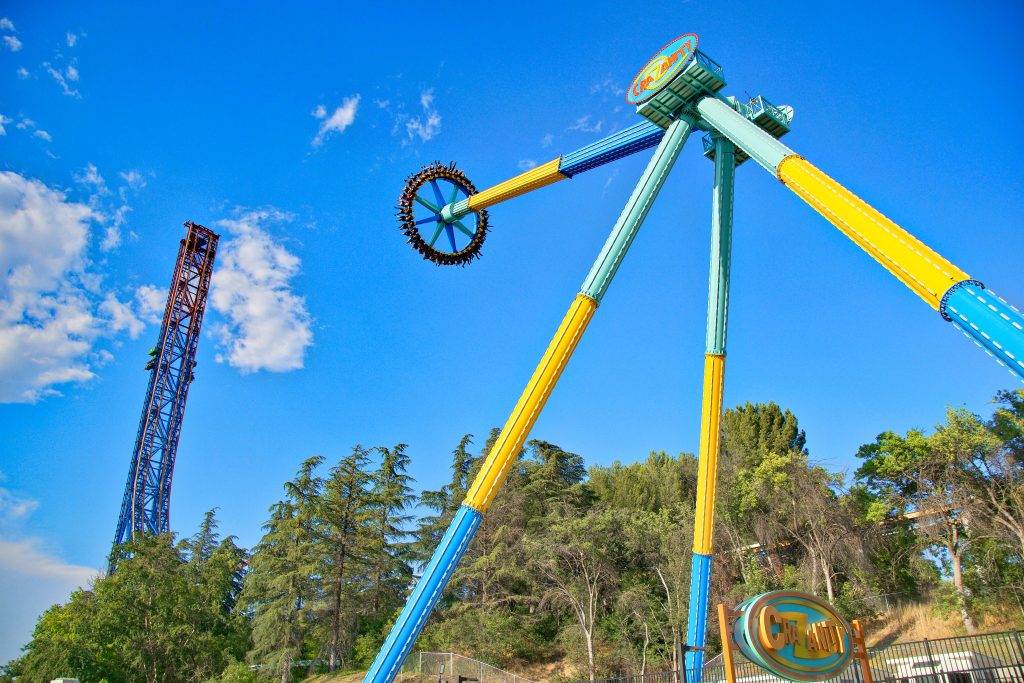 Tatsu is brilliant in the afternoon sun as well, but it’s no Riddler. ; ) 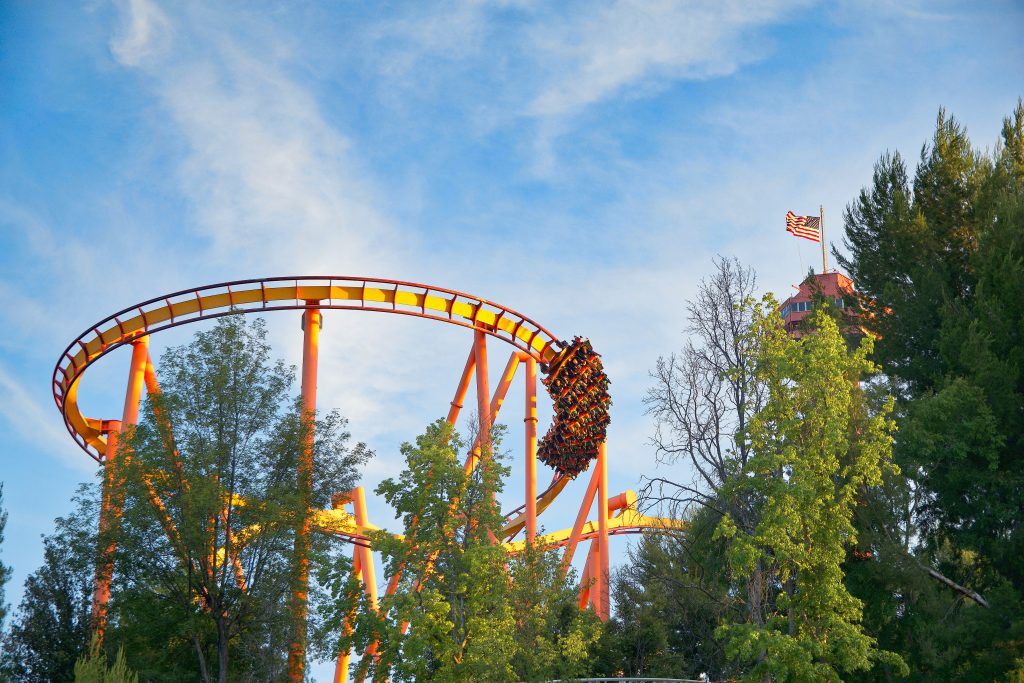 Goodnight Magic Mountain! Thank you for a wonderful day! 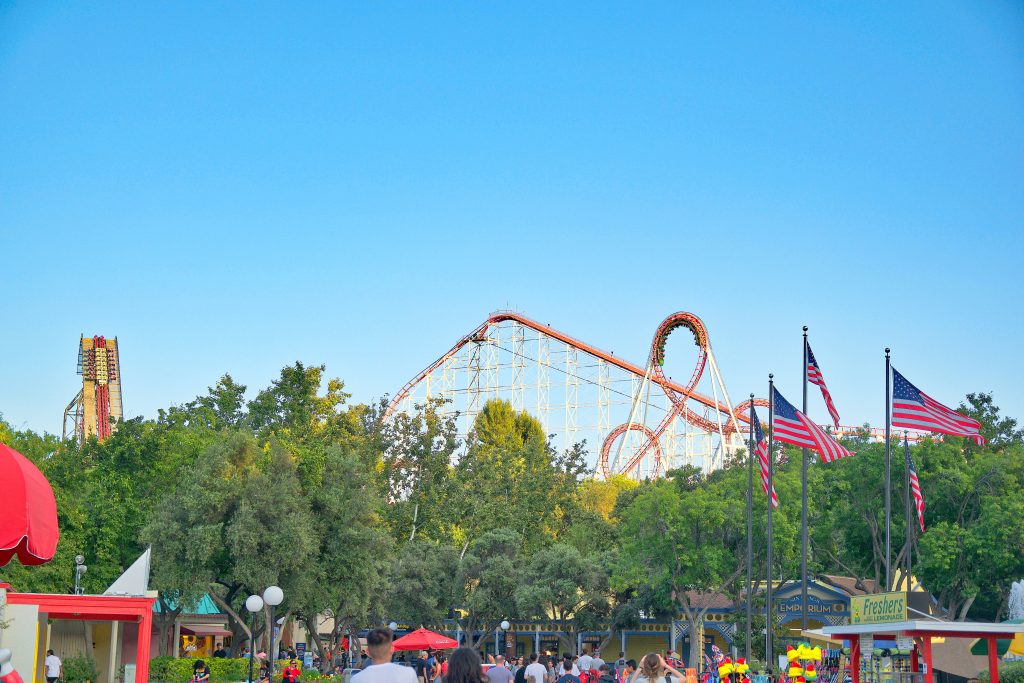 NOW LIVE: A giant West Coast Racers update! The ride is starting to look quite amazing; we’re a lot more excited for it than we thought we’d be!