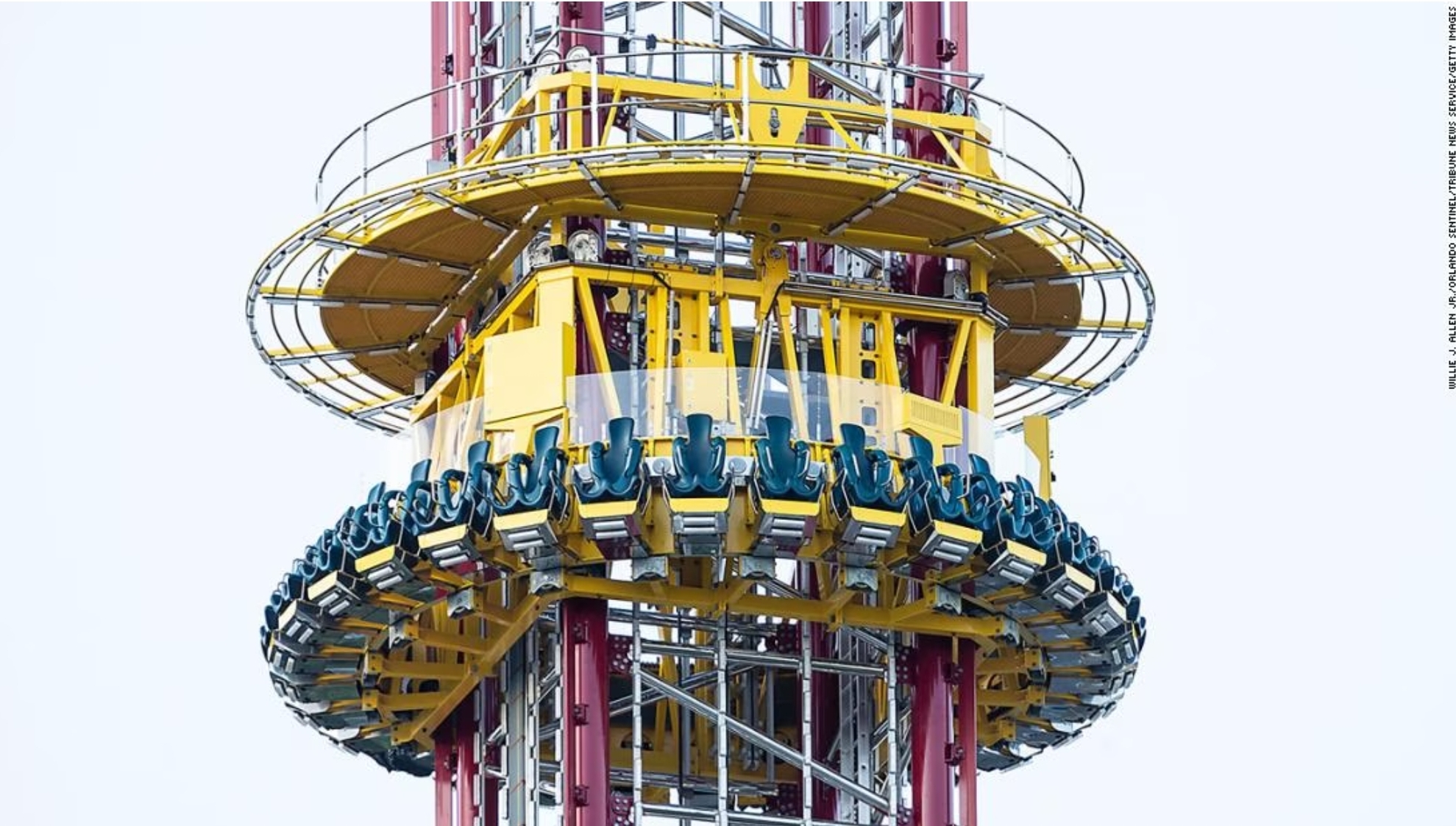 A Florida drop tower amusement park ride from which a 14-year-old boy fell to his death in March will be taken down, the ride’s operator said Thursday.

The decision to take down the 430-foot-tall Orlando FreeFall tower and ride at ICON Park outside Orlando was made because of Tyre Sampson’s March 24 death, the operator said in an online statement.

The ride, which had opened only months before Tyre’s death, has been closed since. No timeline for taking down the ride has been determined, the statement reads.

“We are devastated by Tyre’s death. We have listened to the wishes of Tyre’s family and the community, and have made the decision to take down the FreeFall,” Ritchie Armstrong, an official with ride operator Orlando Slingshot, said in the statement. “In addition, Orlando Slingshot will honor Tyre and his legacy in the classroom and on the football field by creating a scholarship in his name.”