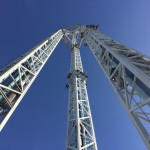 Berry Bloom starts this Saturday, and thus Knott’s for the Cure will end for the year. Some rides have reopened after being down for a long time. We have Fastlane updates for Xcelerator. Additionally, we have lots of Iron Reef construction! 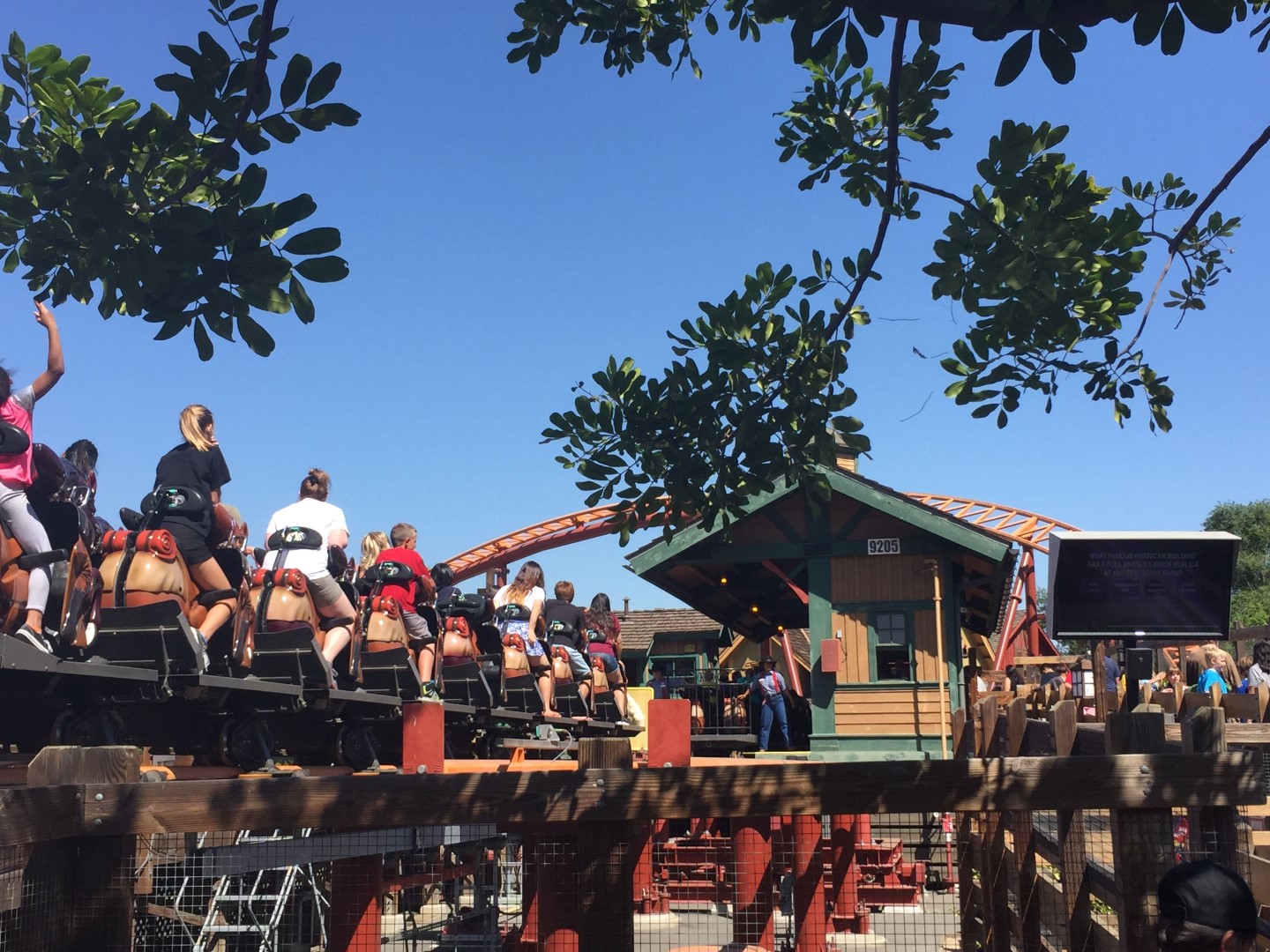 All Supreme Scream towers are ready to roll! Two were operating during our visit. 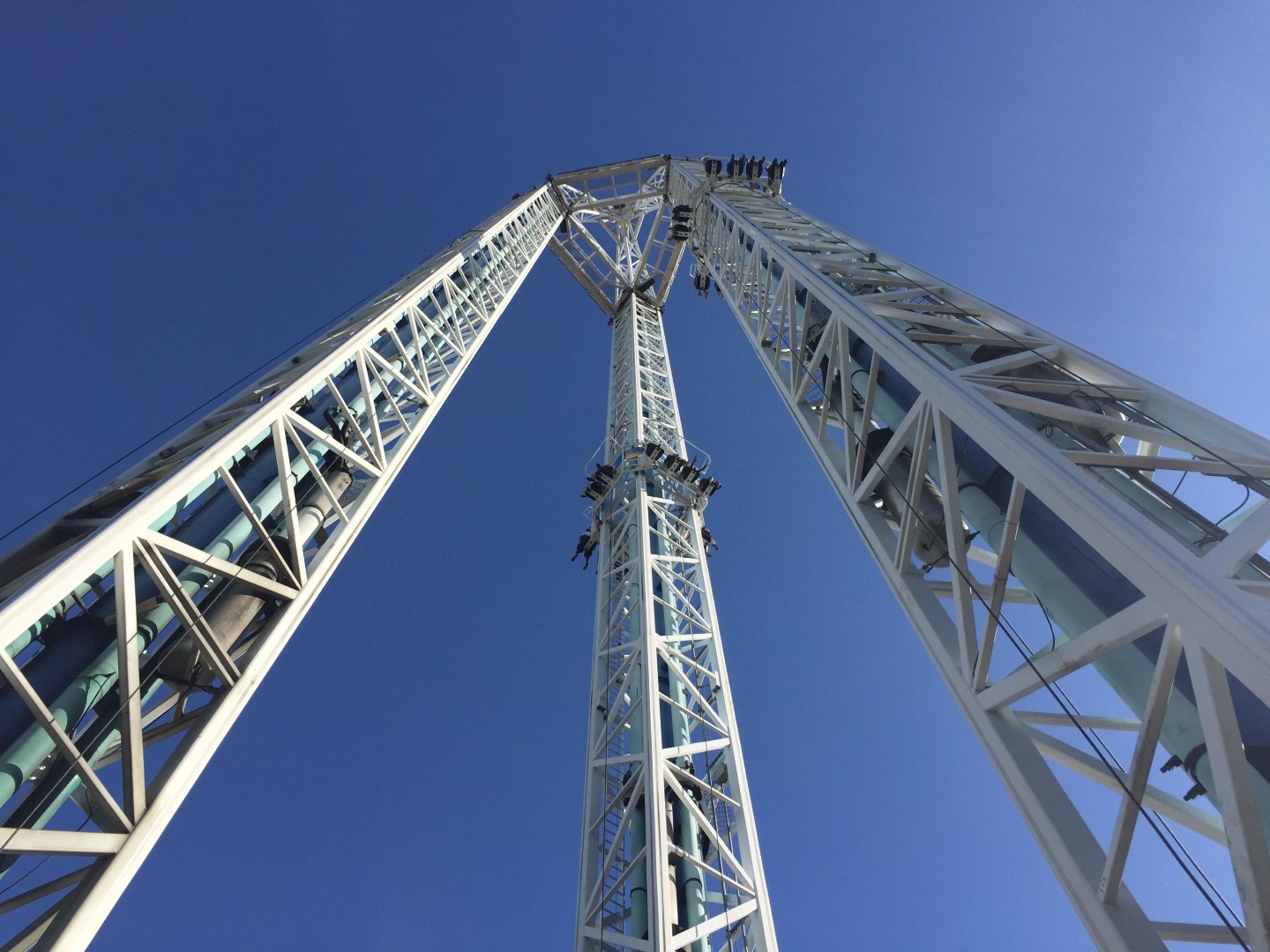 And finally, after almost a year of downtime, the new parts have been manufactured, and installed, and La Revoluccion is finally open again! 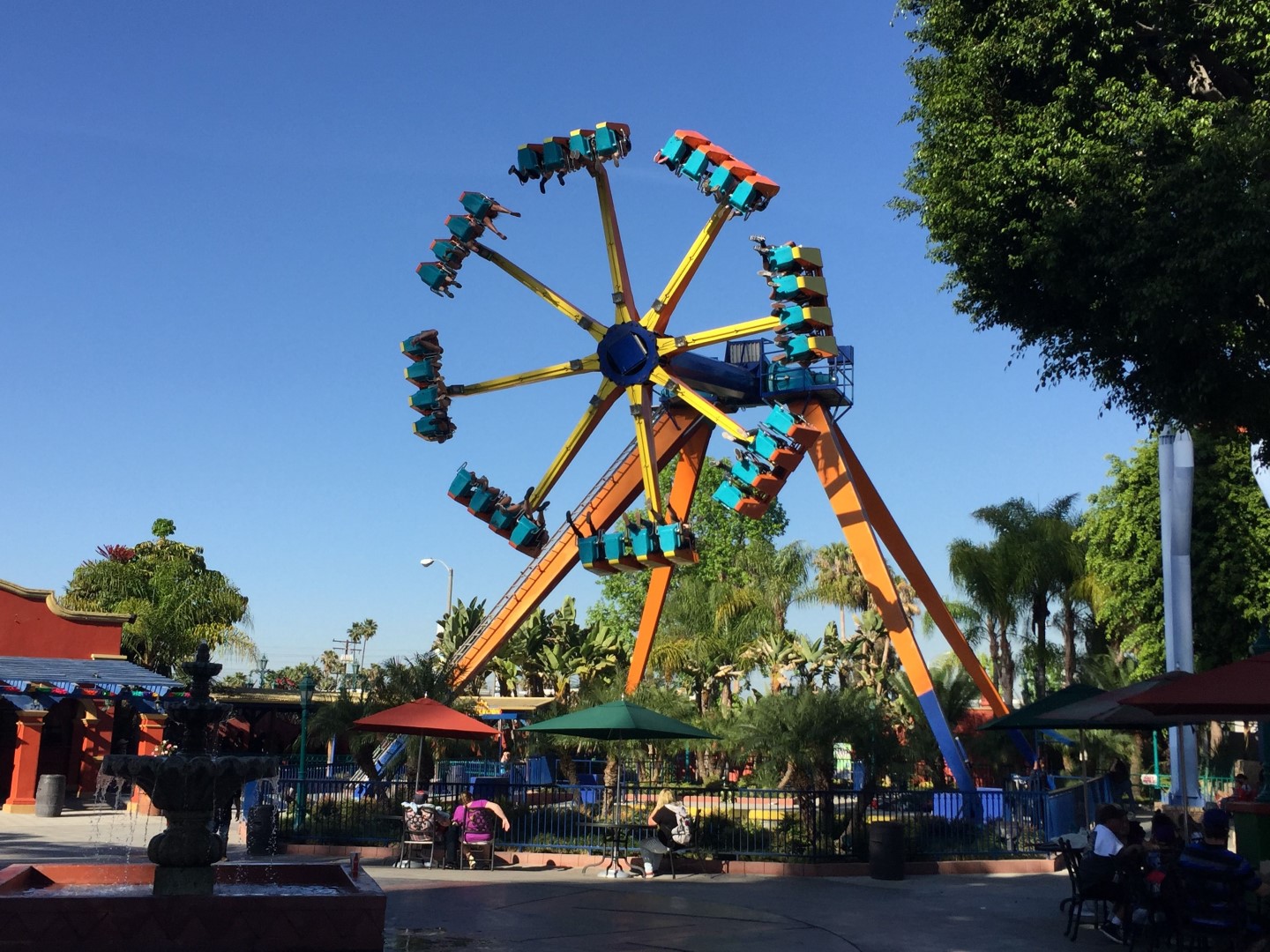 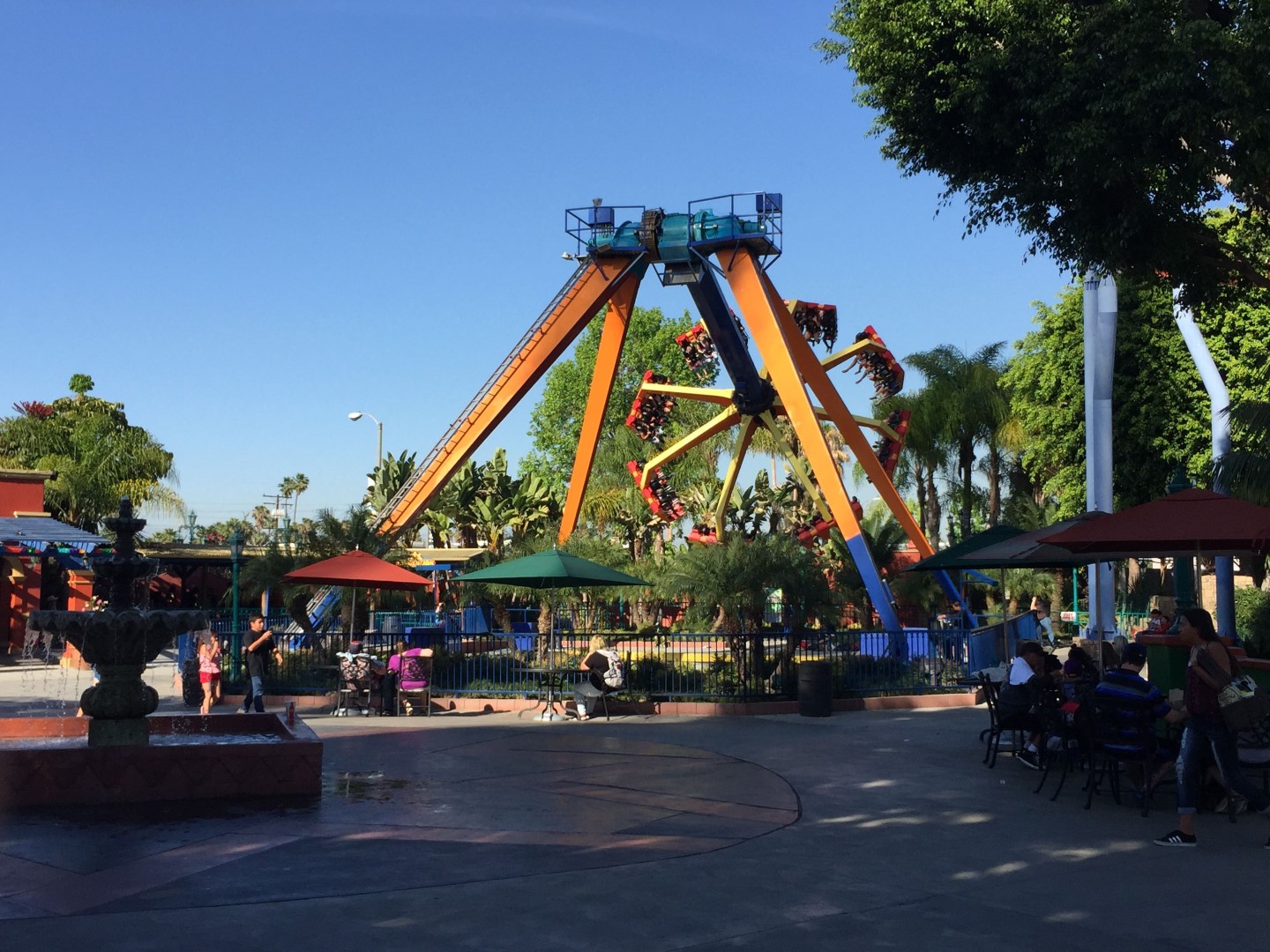 The Boardwalk pool is currently being refurbished, the sun and water peeled off most the paint in the pool over the last 2 years. Knott’s will be repainting, and then refilling it, soon. 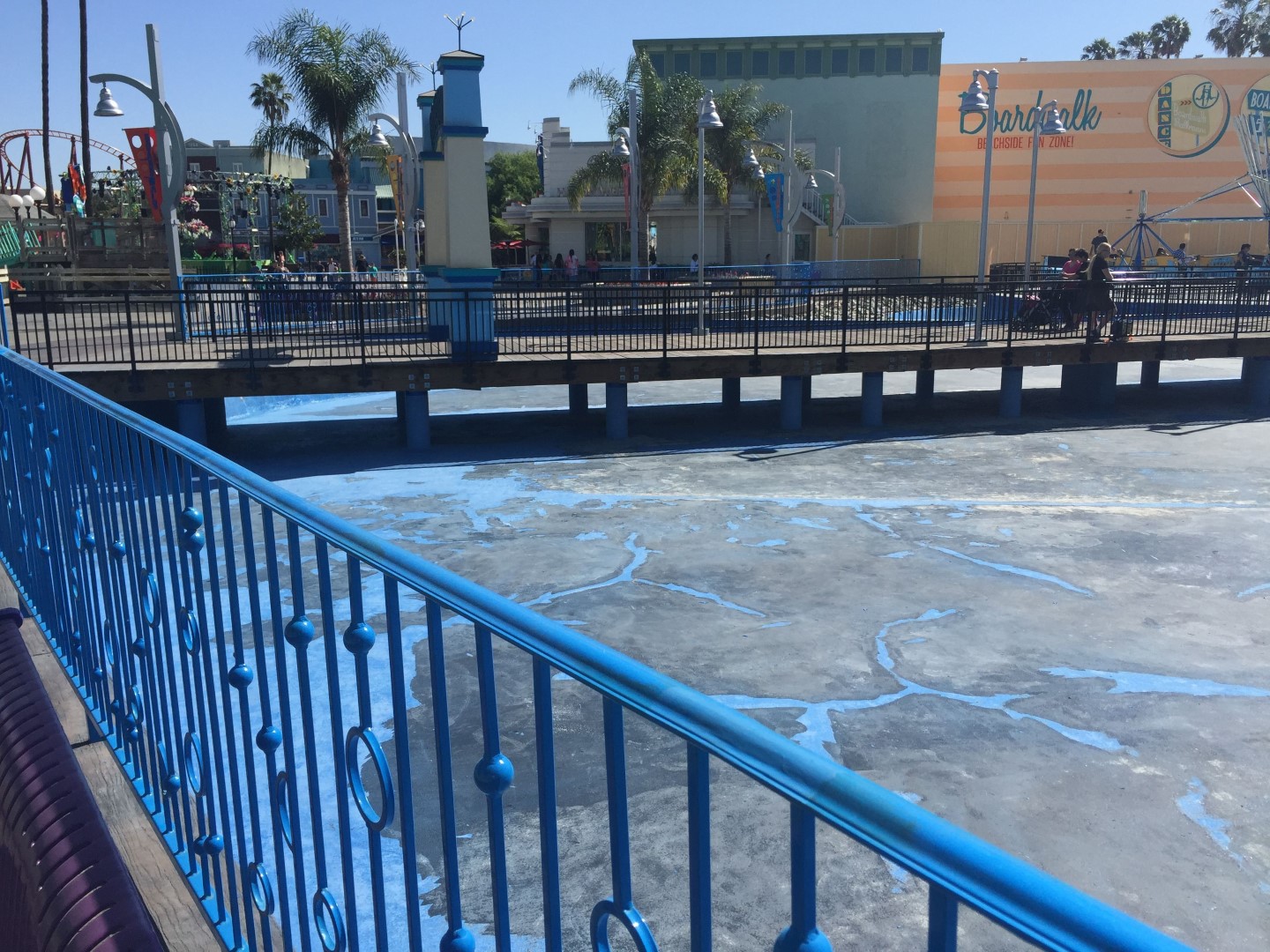 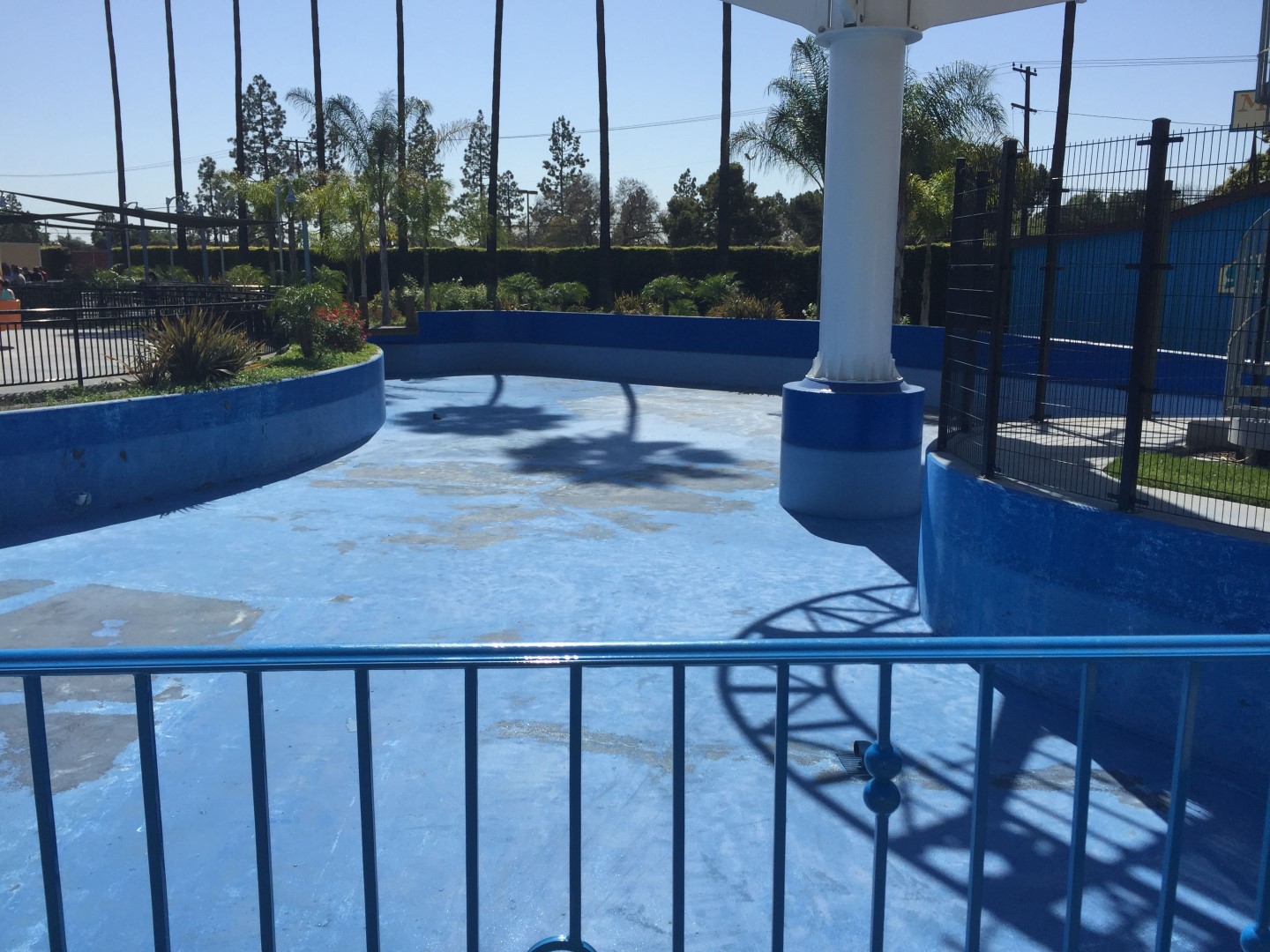 Staying on the boardwalk, let’s take a look at the many things going on at Xcelerator. 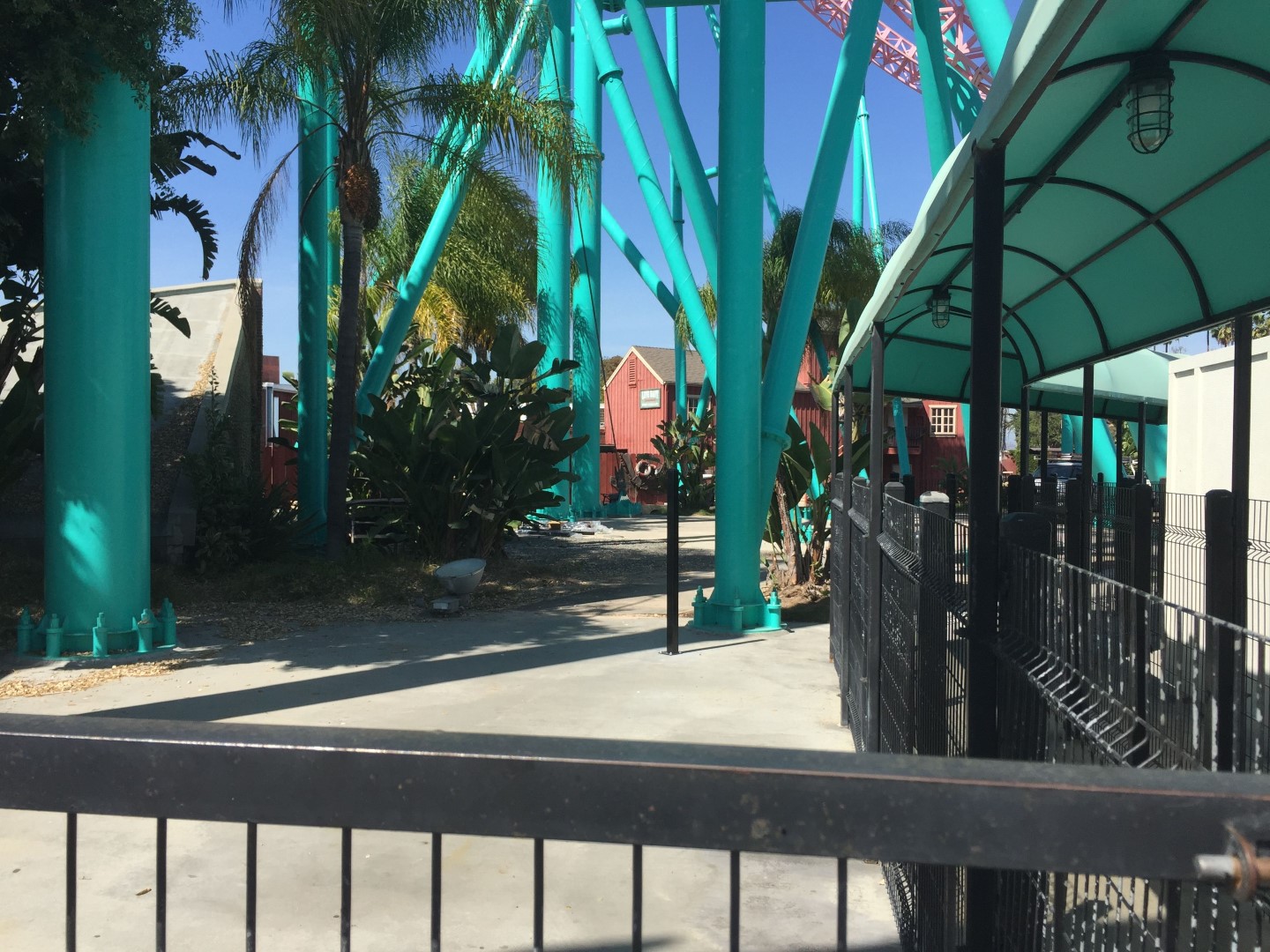 The park is installing a Fast Lane for Xcelerator, meaning they’re moving the regular line over to the right, which is the new one you see being constructed, right here. 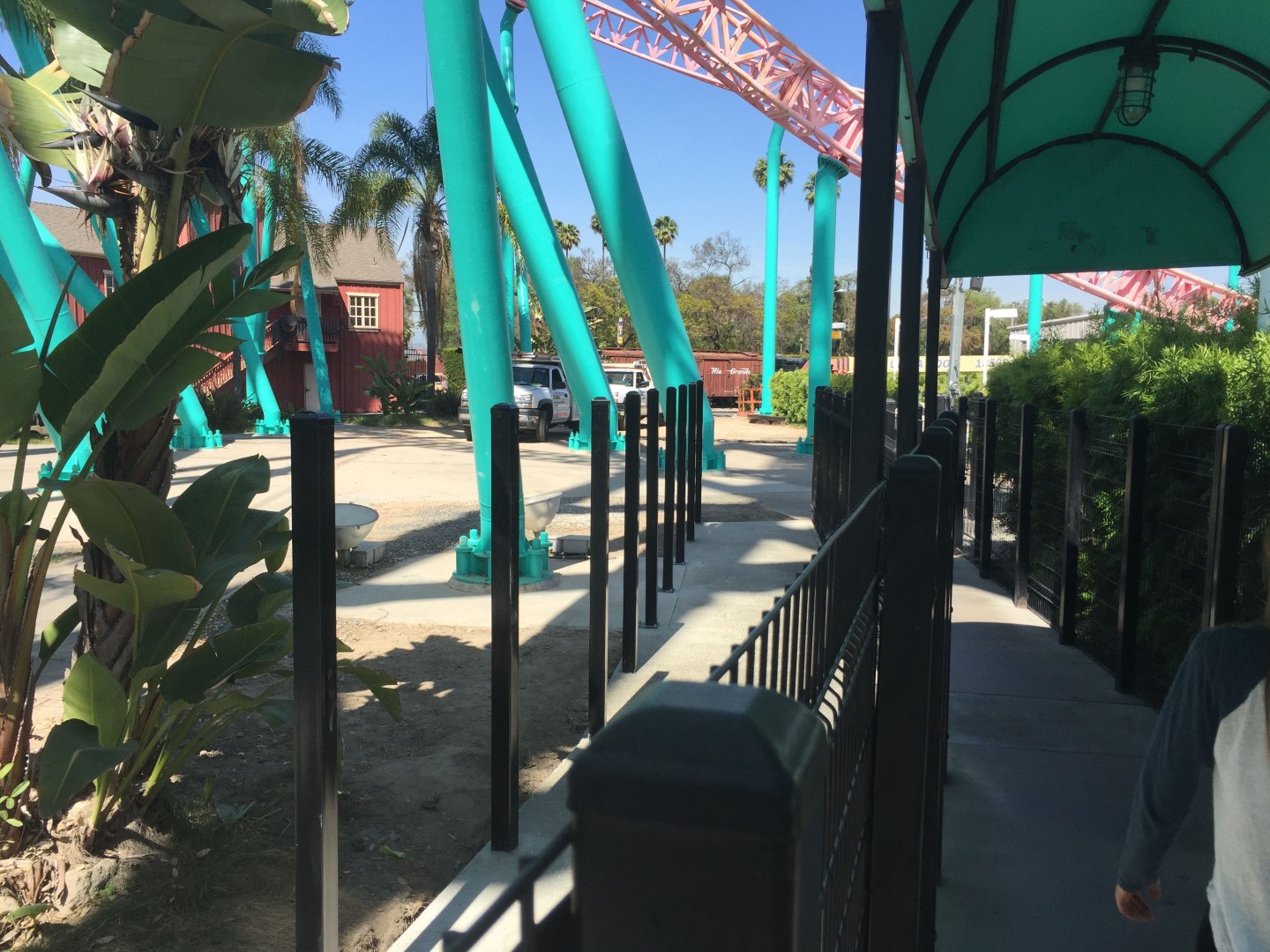 The line has received some ‘landscaping’. The grass looks fresh! 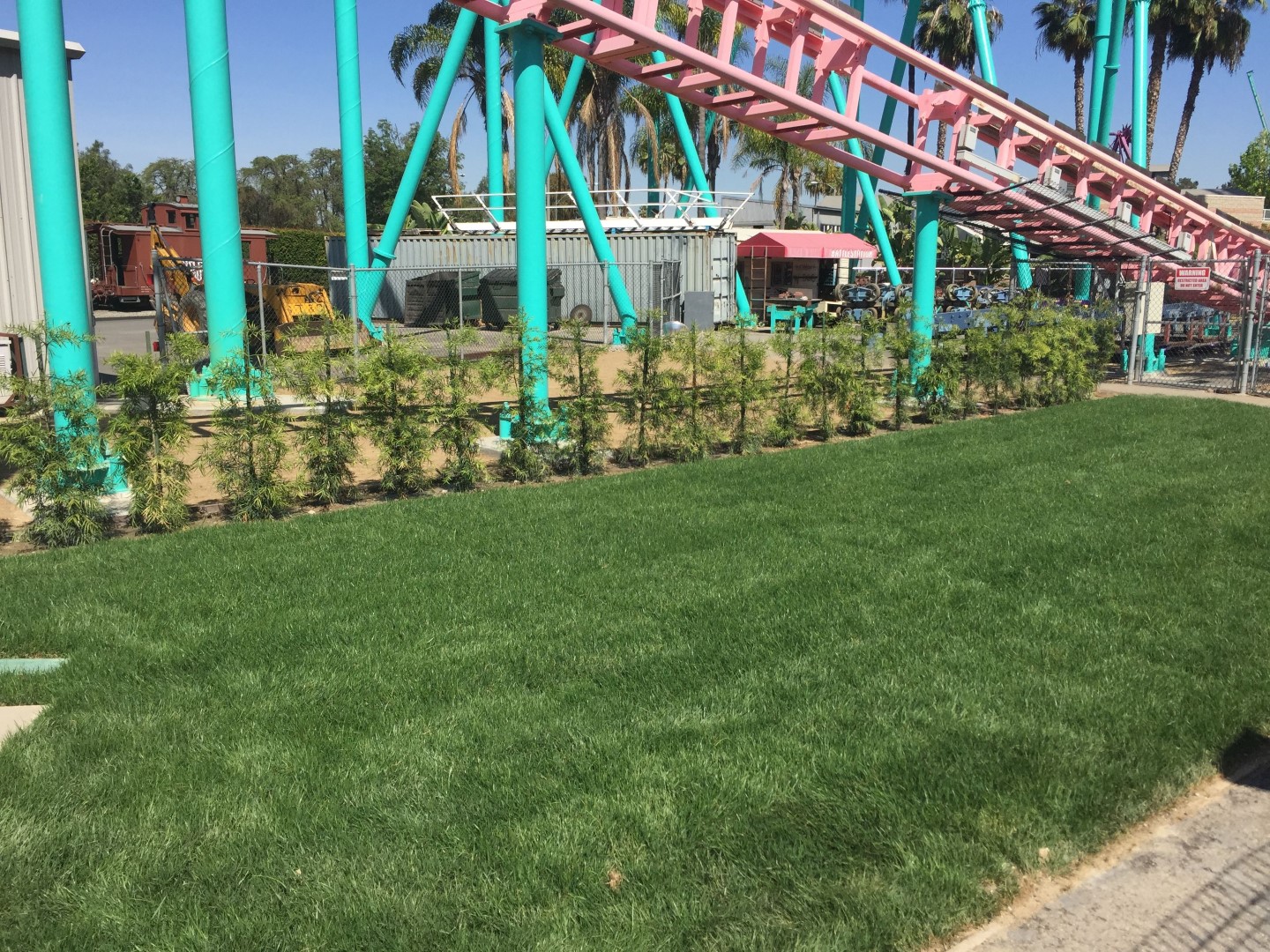 More landscaping on its way! 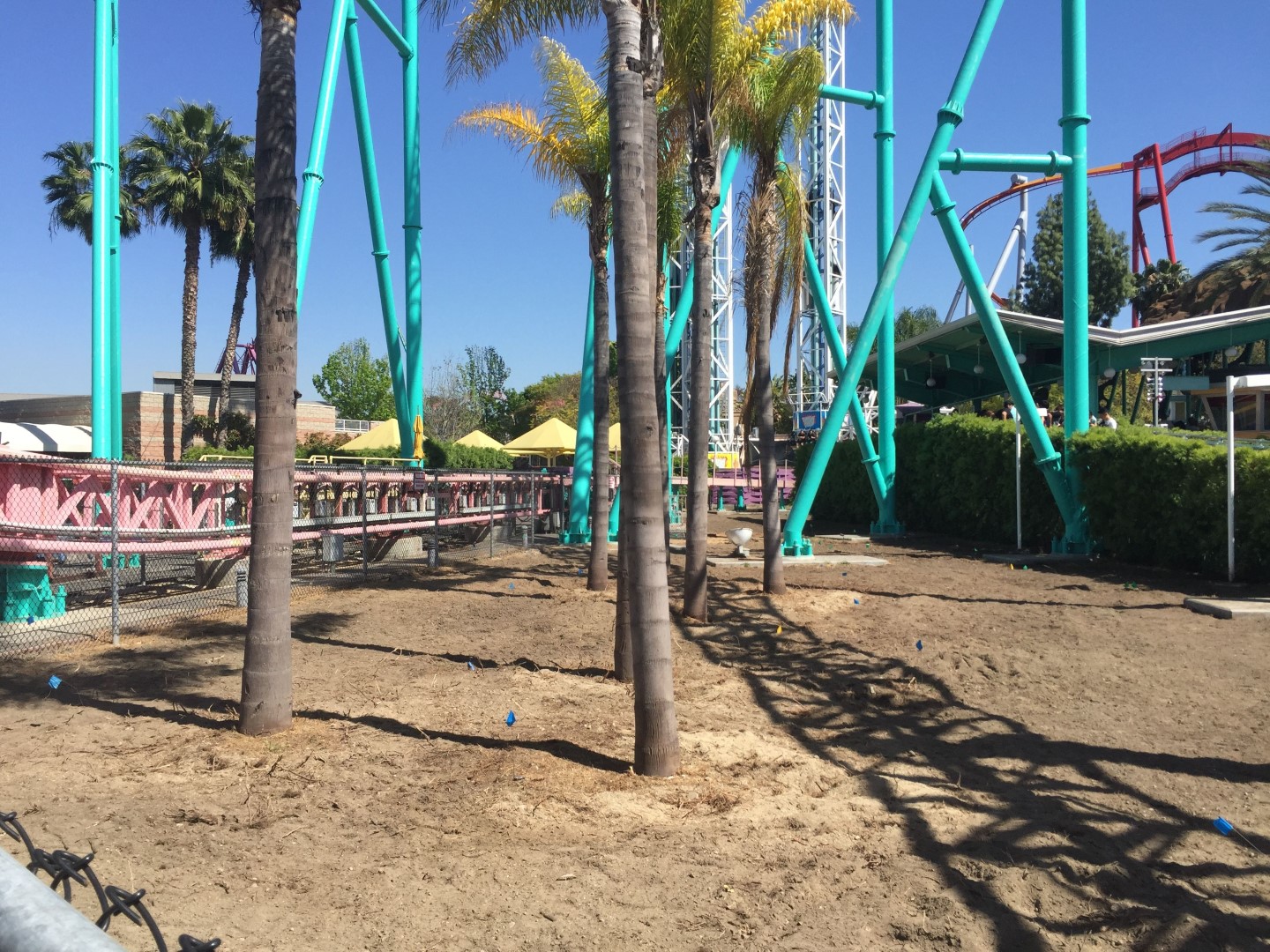 Take a look at the new Fast Lane line that is being constructed. At this point the Fast Lane guests will enter the newly created line towards the station, and the new-normal-line will flow back into the old path leading to the switchbacks on the left. 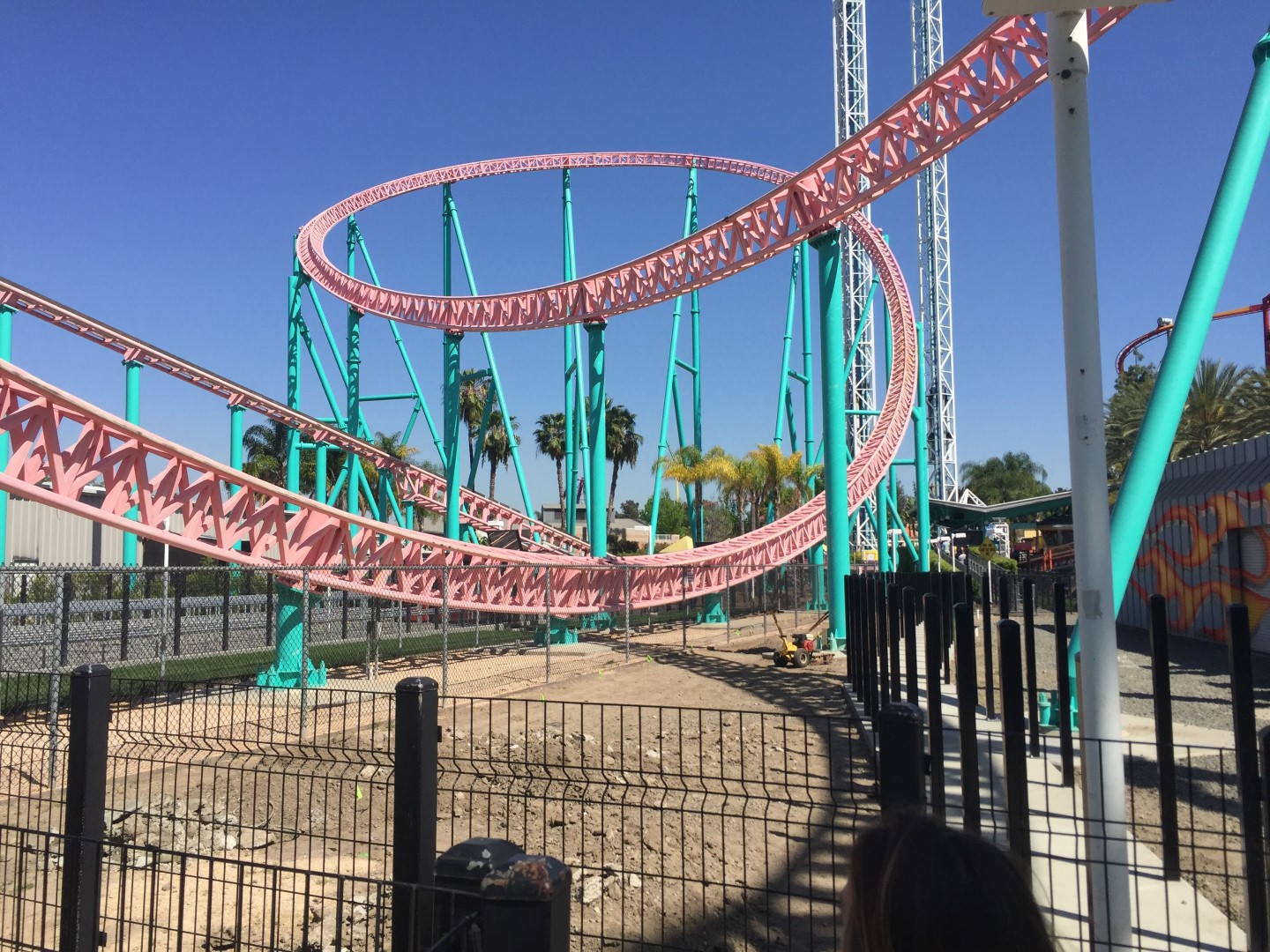 The purple Xcelerator train is gone. Gone to the Intamin factory in Switzerland that is. The train will be receiving a very extensive overhaul, making it almost brand new again. This means that Xcelerator will be running one train all year. In addition, the red train will likely be sent to Switzerland afterwards, making it a two slow years for Xcelerator. Expect Xcelerator to close for a refurbishment soon, right after Spring Break, in order to run constantly during the summer. 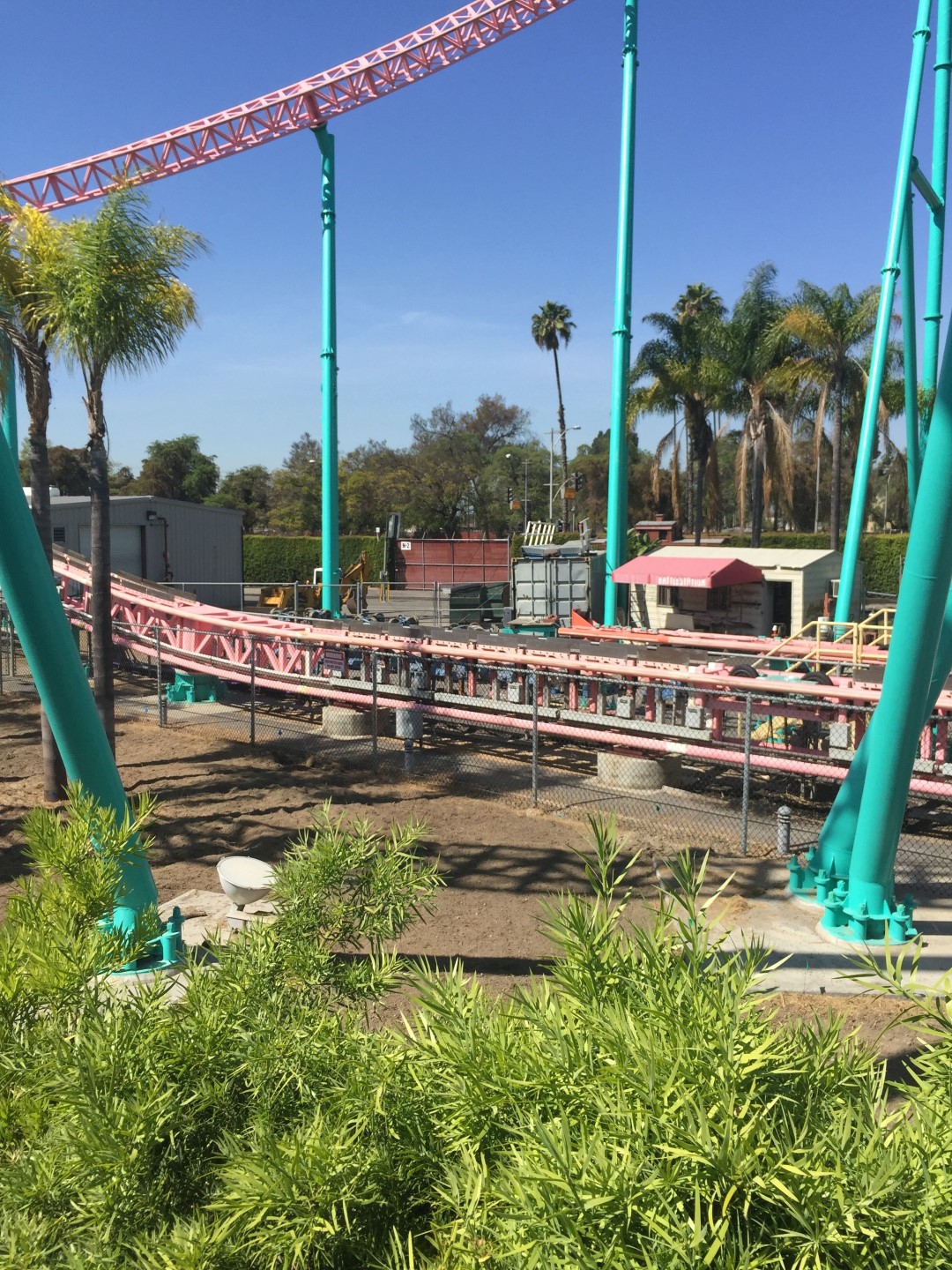 On the other side of the Boardwalk… let’s take a look at the Iron Reef construction! 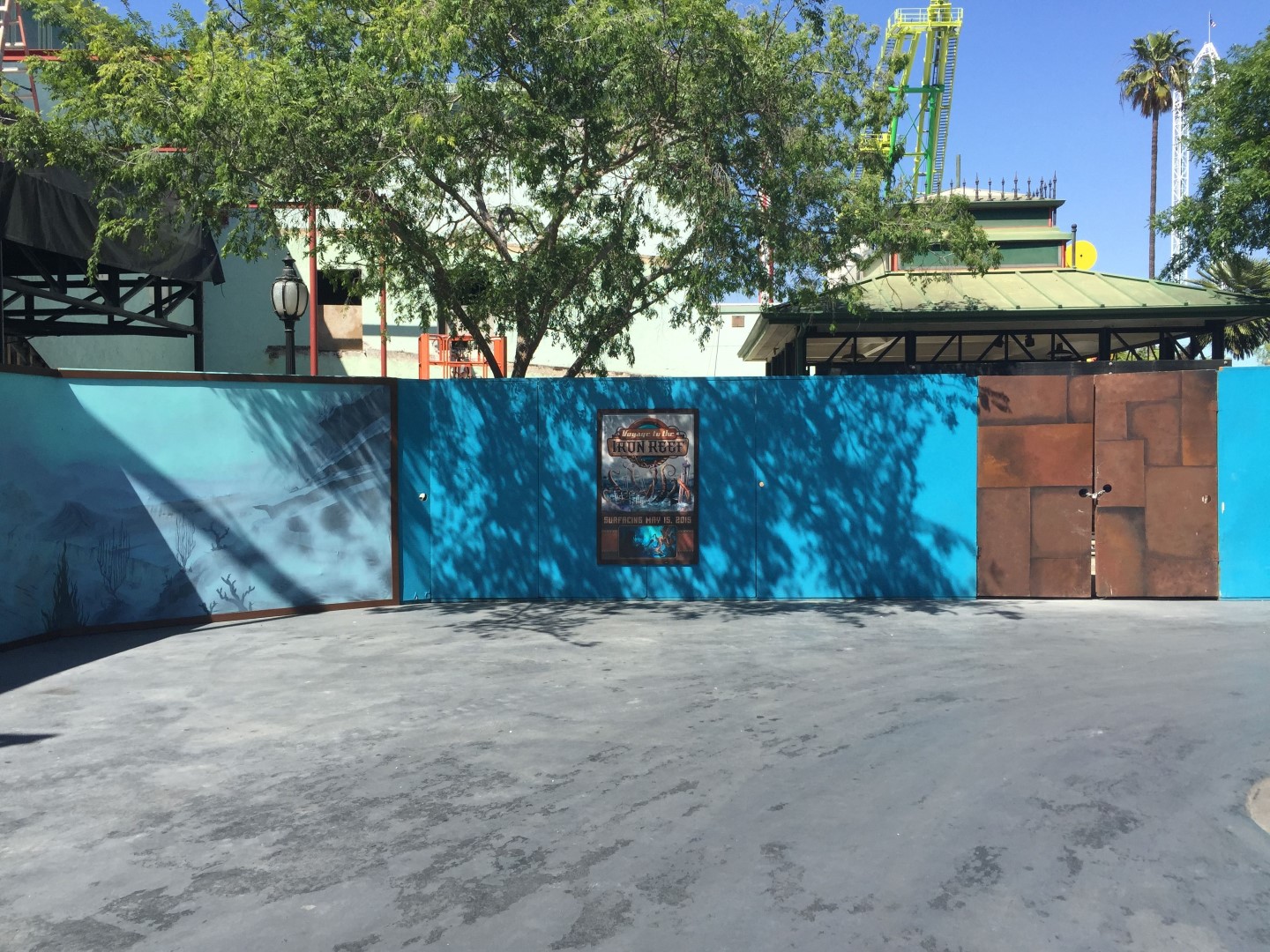 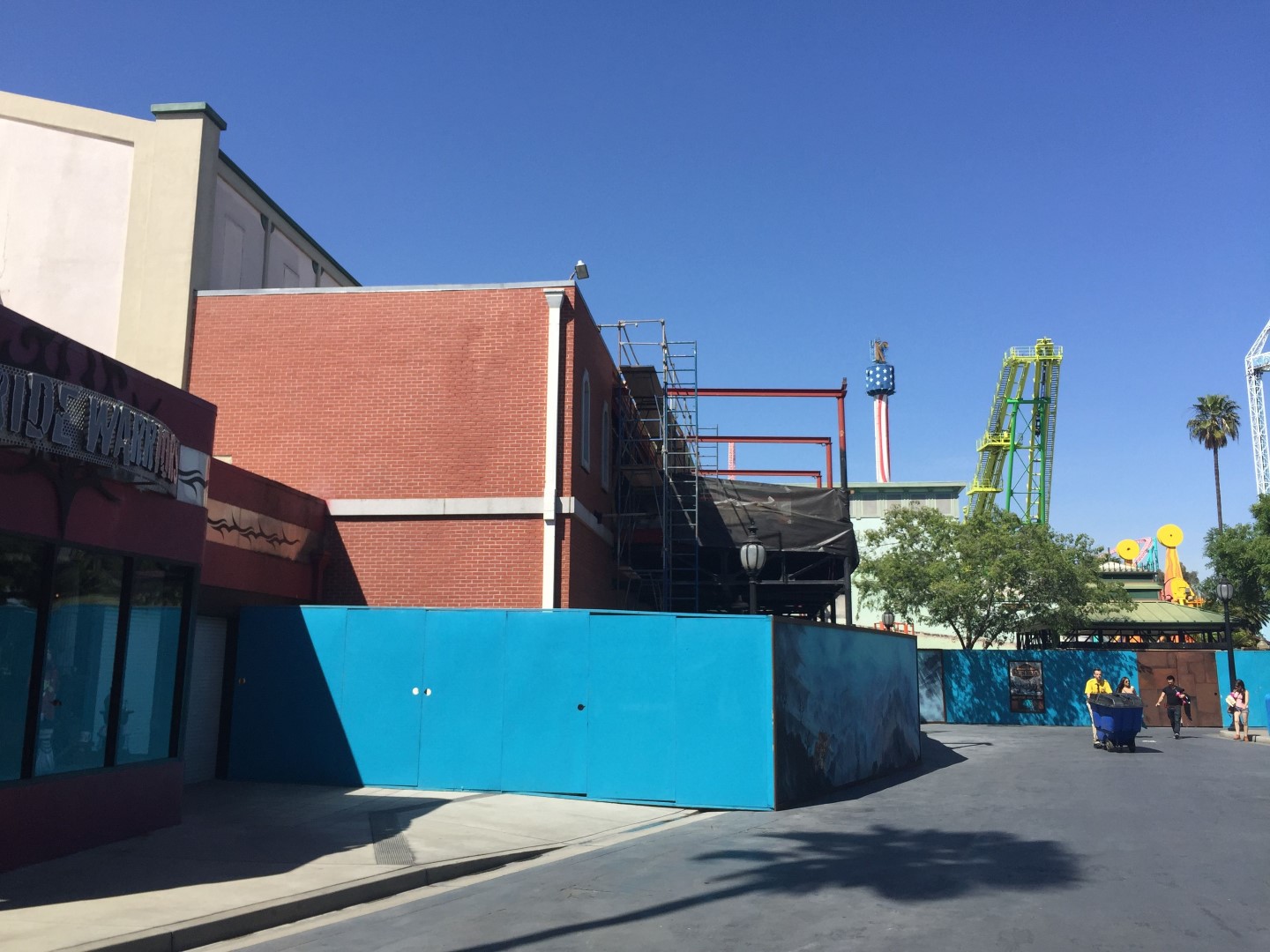 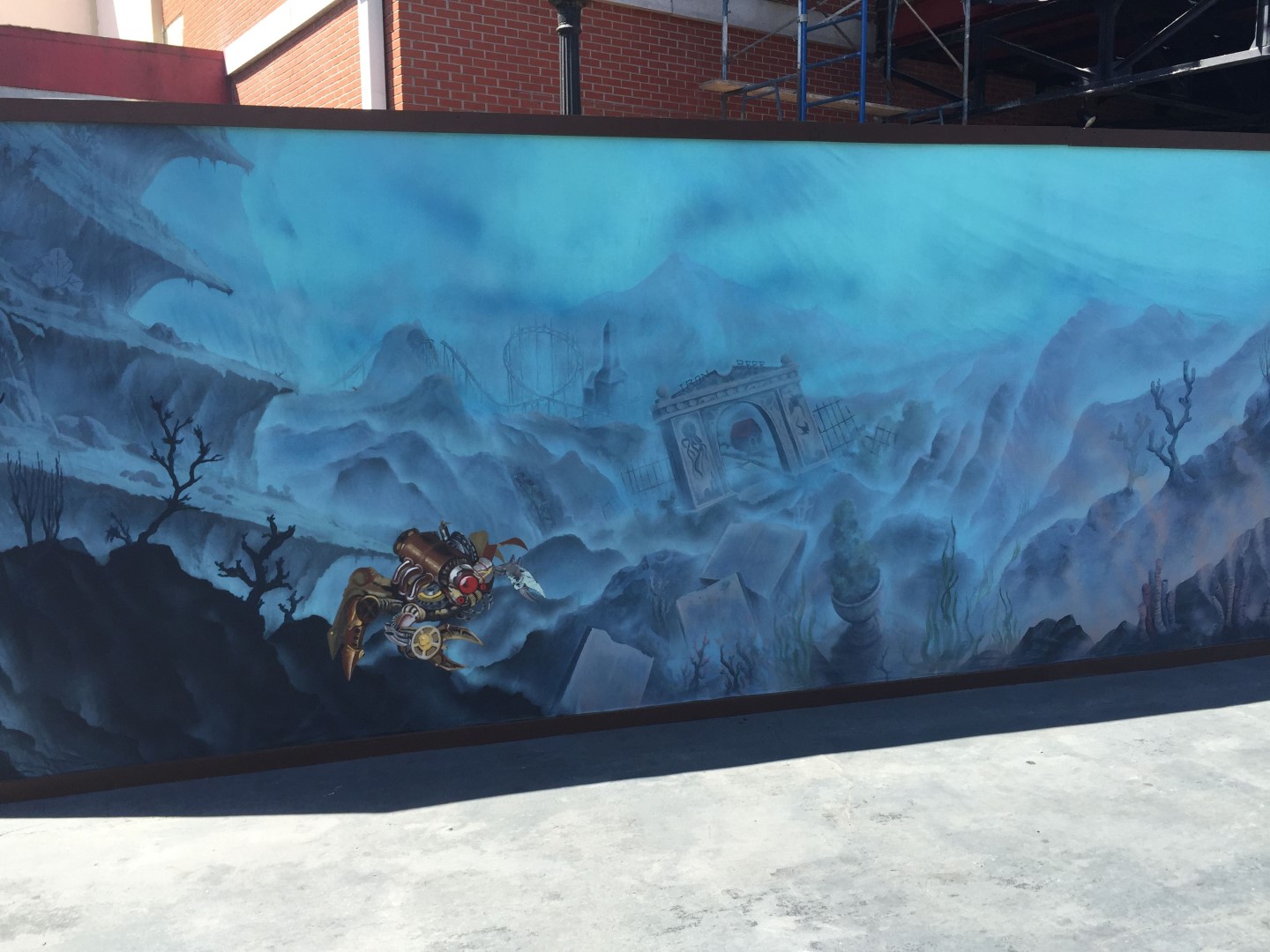 Lots of work is being done to the station, as well as inside the building. Some cars have arrived already, and the park is busy installing the track and screens for this immersive 3D ride! 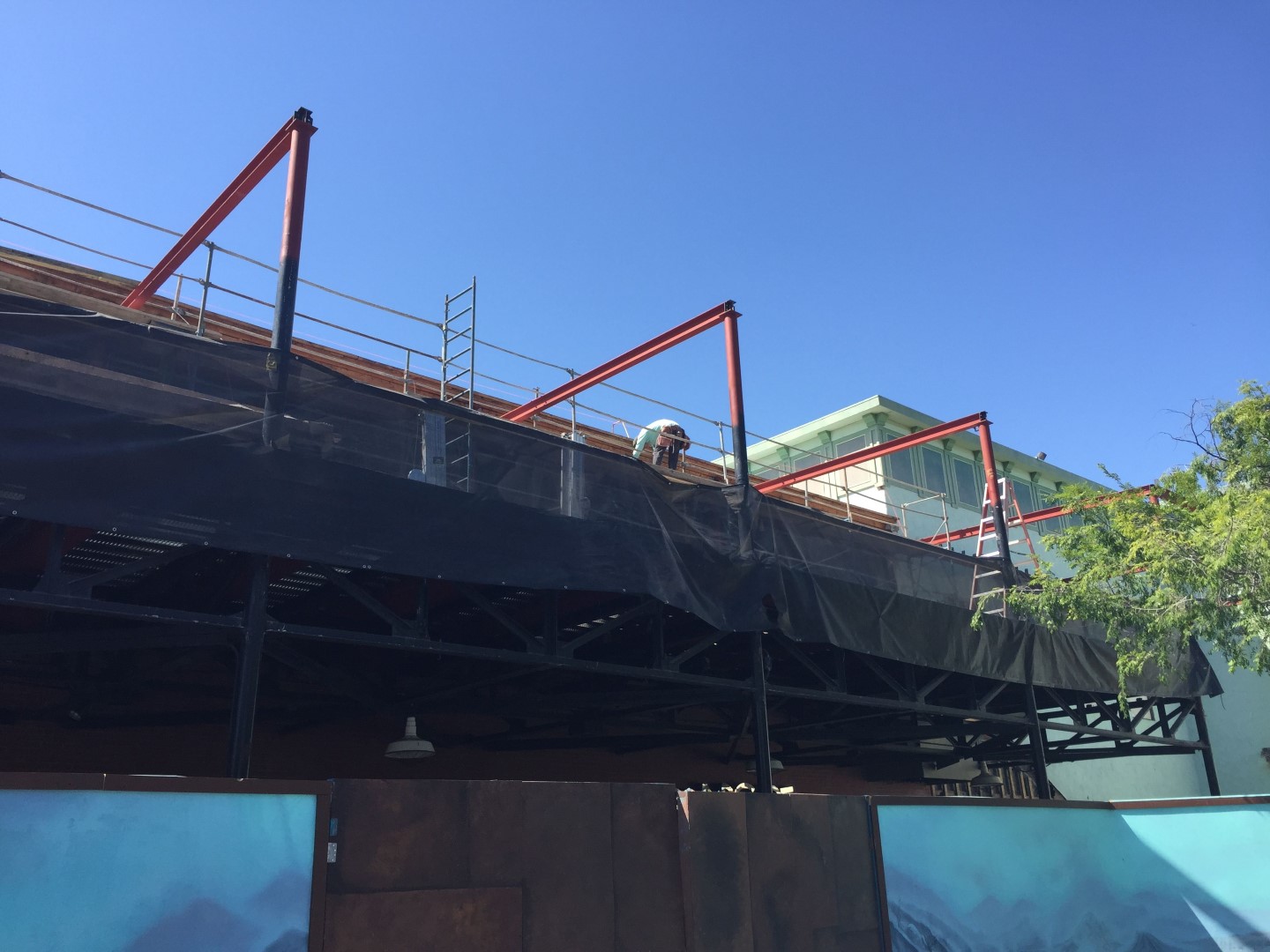 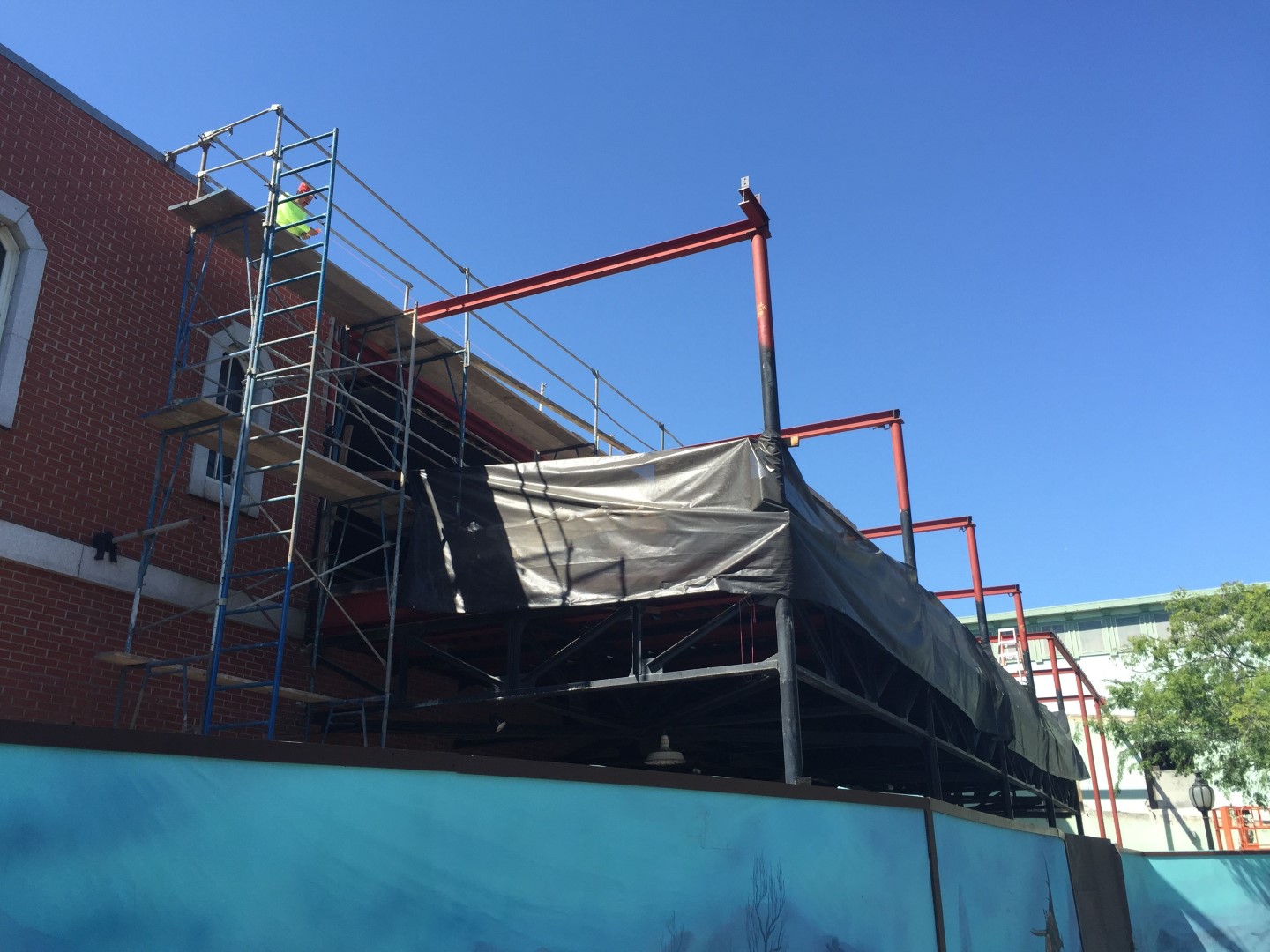 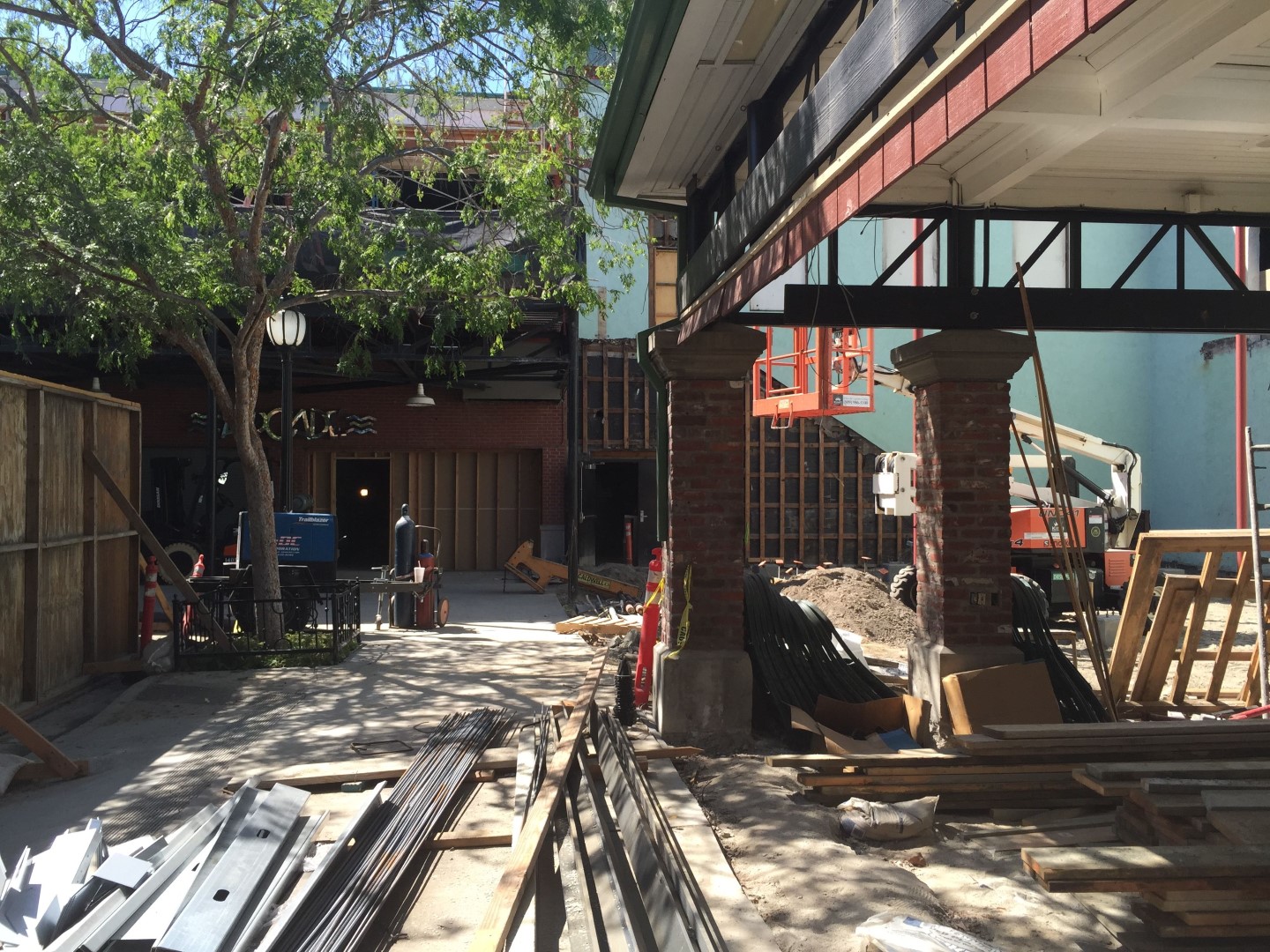 Last but not least, Berry Bloom starts Saturday, the 28th. It’s one of the most unique, and most exciting events that Knott’s Berry Farm hosts, we’ll be back in a couple of weeks to cover the 2 week event! 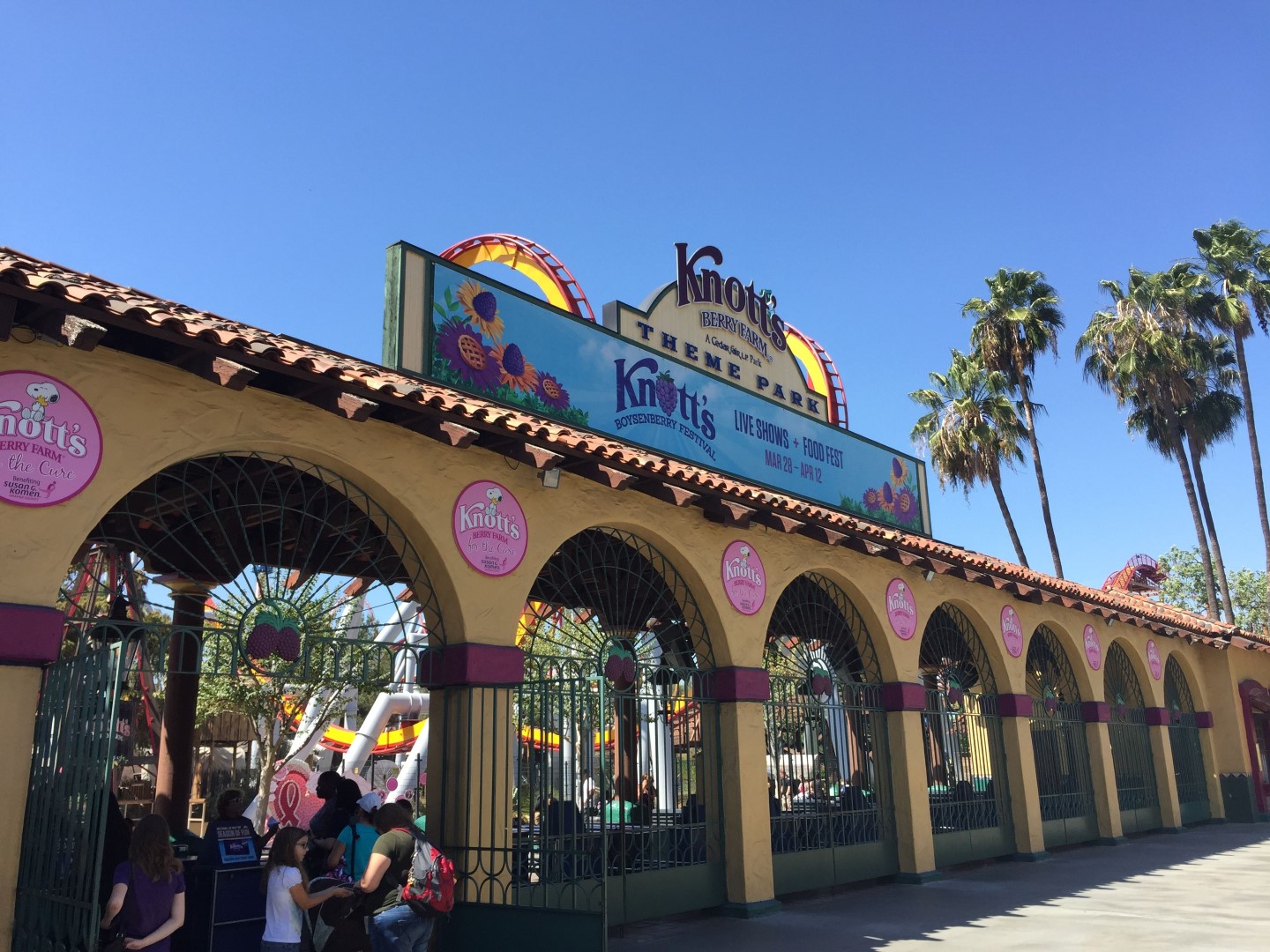 Ghost Town is getting ready for the event, with some great looking theming. 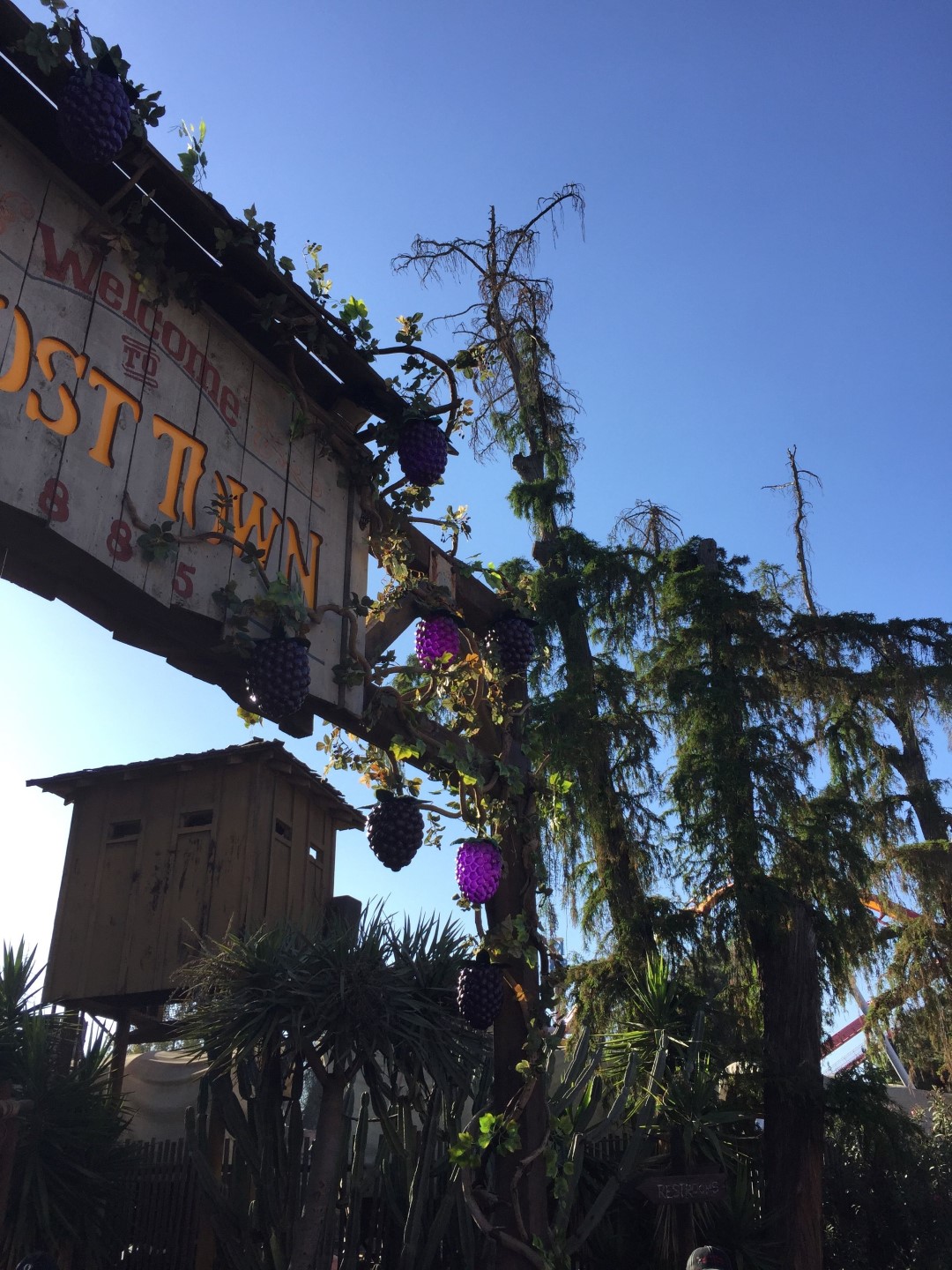 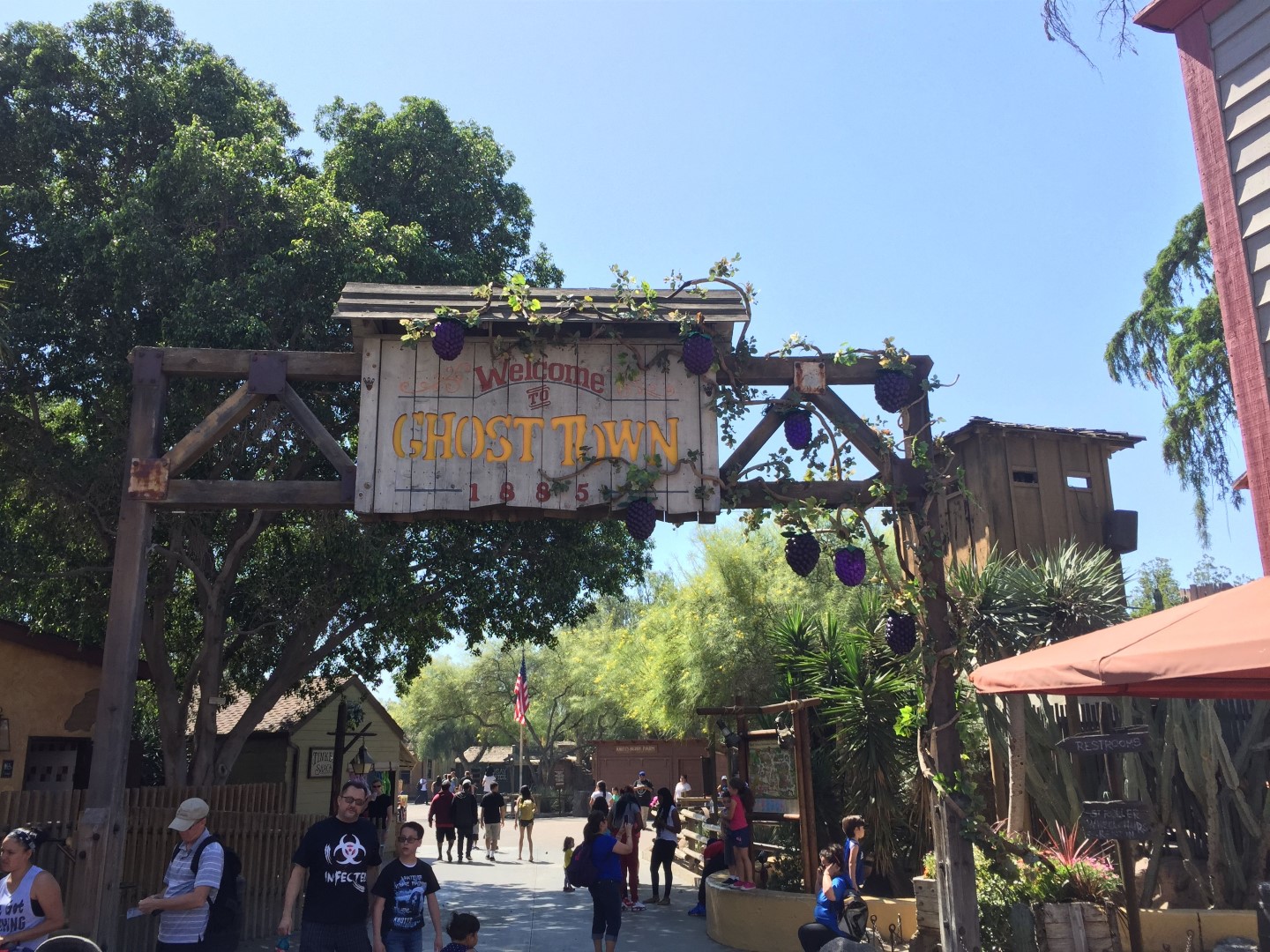 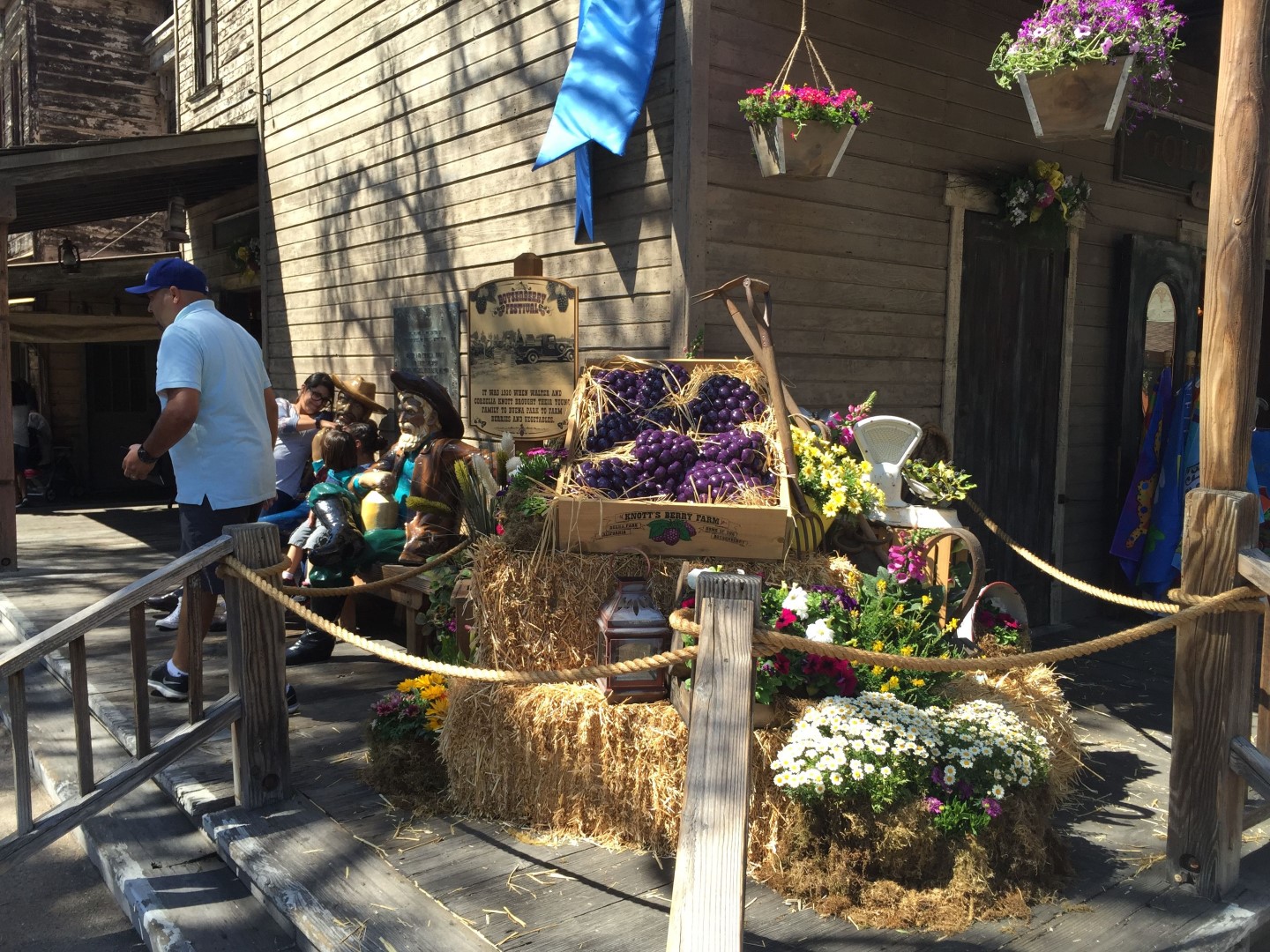 The Boardwalk will be home to very colorful Spring-like theming, and a nightly show at the fountain next to Riptide, in front of Johnny Rockets. 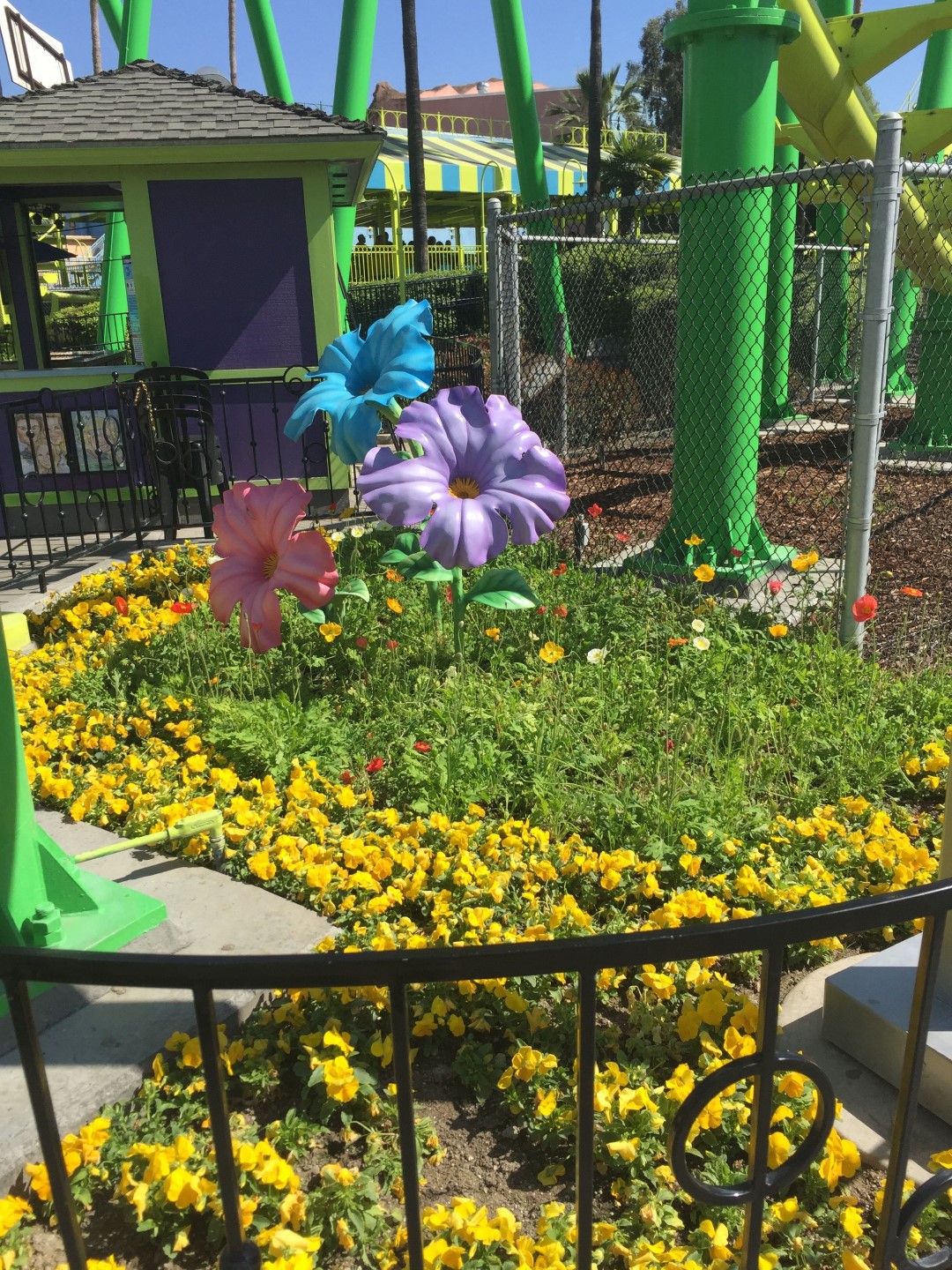 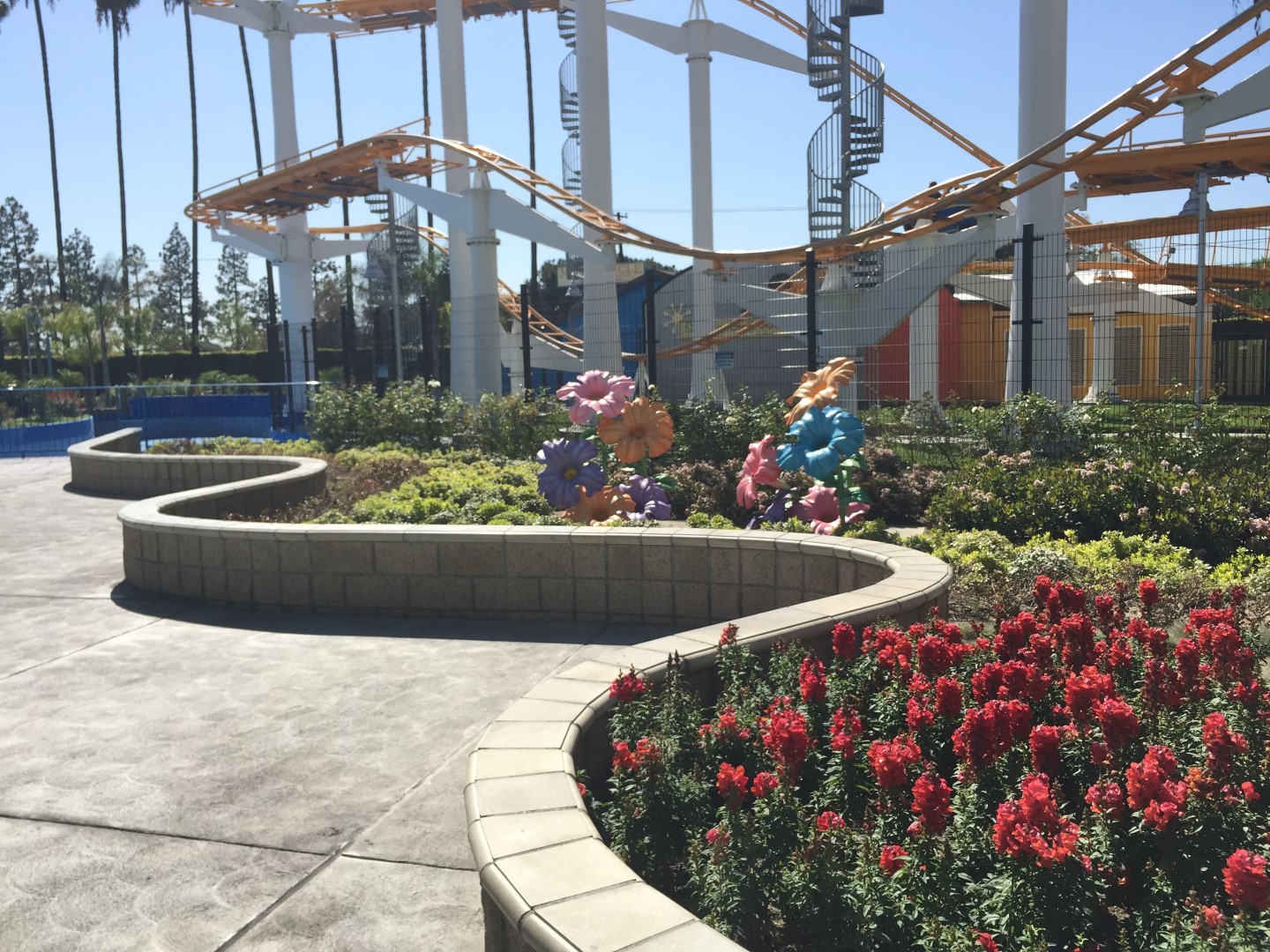 The Berry Bloom event is pretty much the Boysenberry Festival. There’s dozens of different foods (all including Boysenberry) that are specially invented for this event, and are only sold at Knott’s during the event. Such as the new Fun Bun, Alligator with BB Aioli, BB Churros, BB meatballs, BB ribs, BB funnelcake, BB shakes, BB Frappuccino, BB sorbet, BB EVERYTHING! 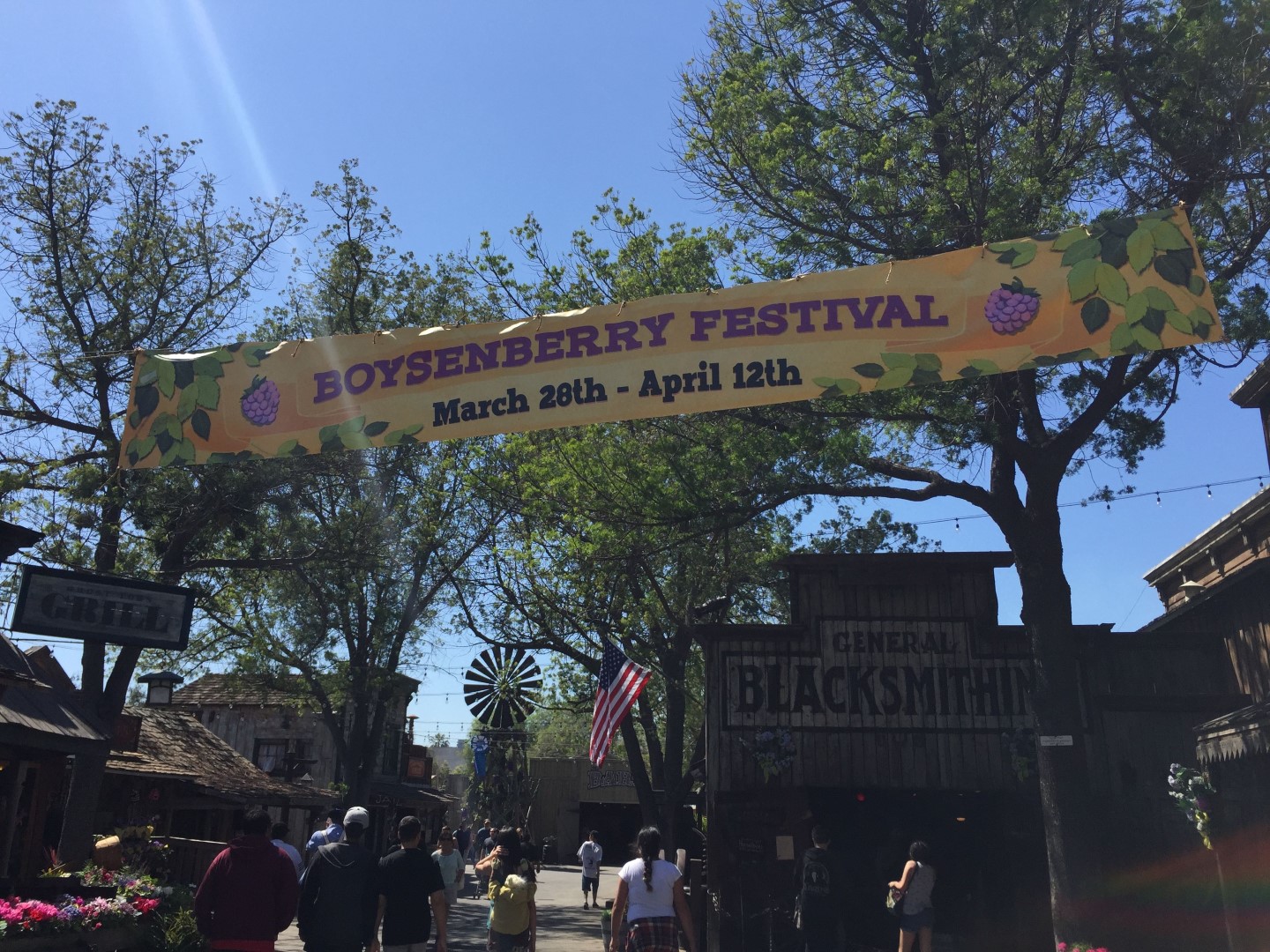 Make sure to try and attend Berry Bloom this year, it truly is a great event! Make sure to check out yesterday’s HUGE Universal Studios Hollywood Update, here!