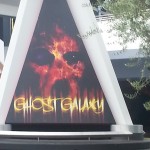 Not only did we hit Six Flags but we went to Disney as well. Since our last visit two weeks a LOT of the park has been decorated. It’s practically “Halloween Time”!! (Technically it’s two weeks away but the premier attractions, Haunted Mansion Holiday and Space Mountain: Ghost Galaxy, are already up and running.) The weather was cloudy and muggy, but nonetheless better than the extreme heat we’ve faced over the last week. *WARNING There will be a spam of Haunted Mansion Photos 🙂 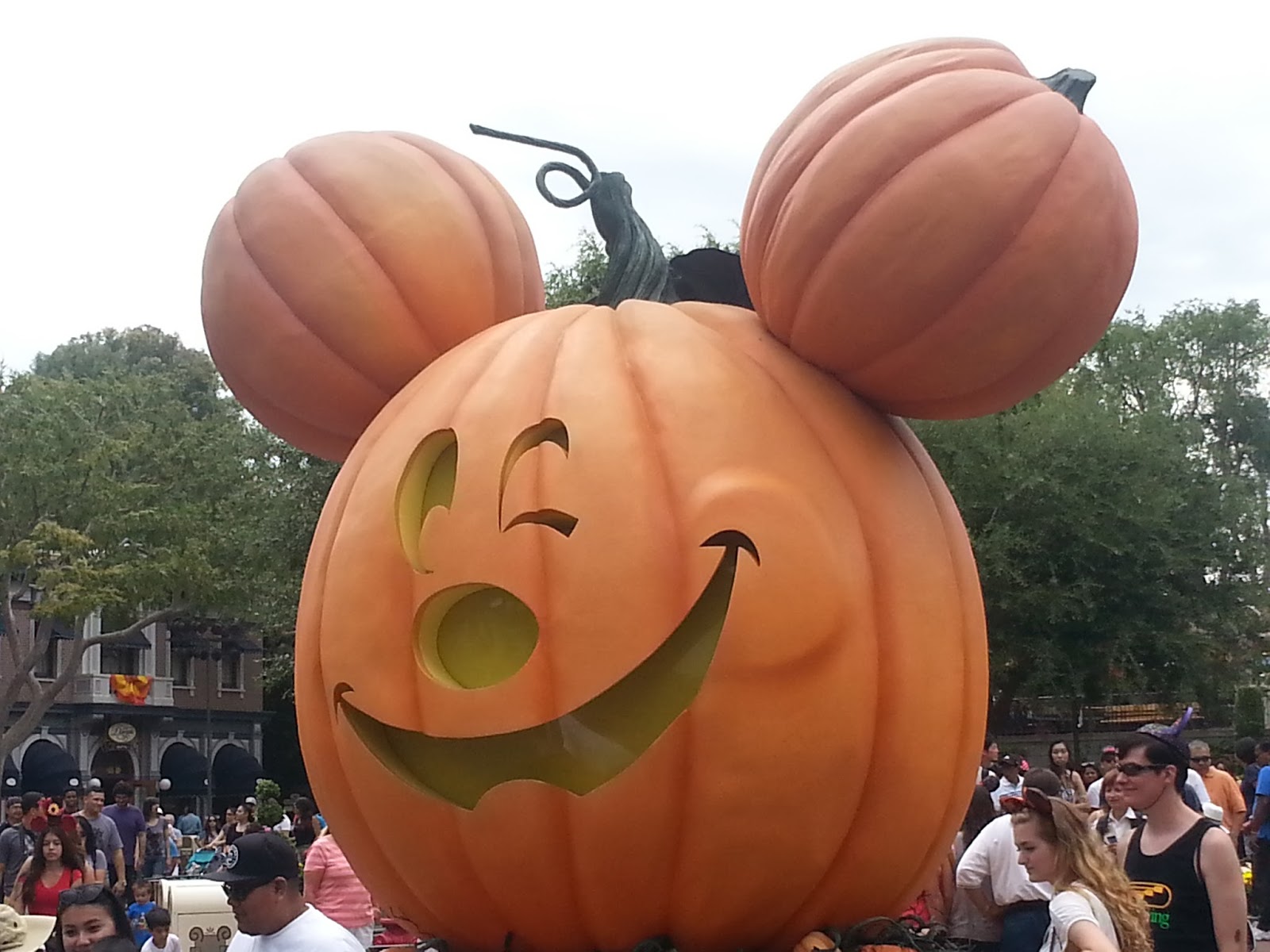 We headed to the park early so the lines for Ghost Galaxy and Haunted Mansion Holiday would be shorter. Upon entrance to the park we marveled at all the decor!’ 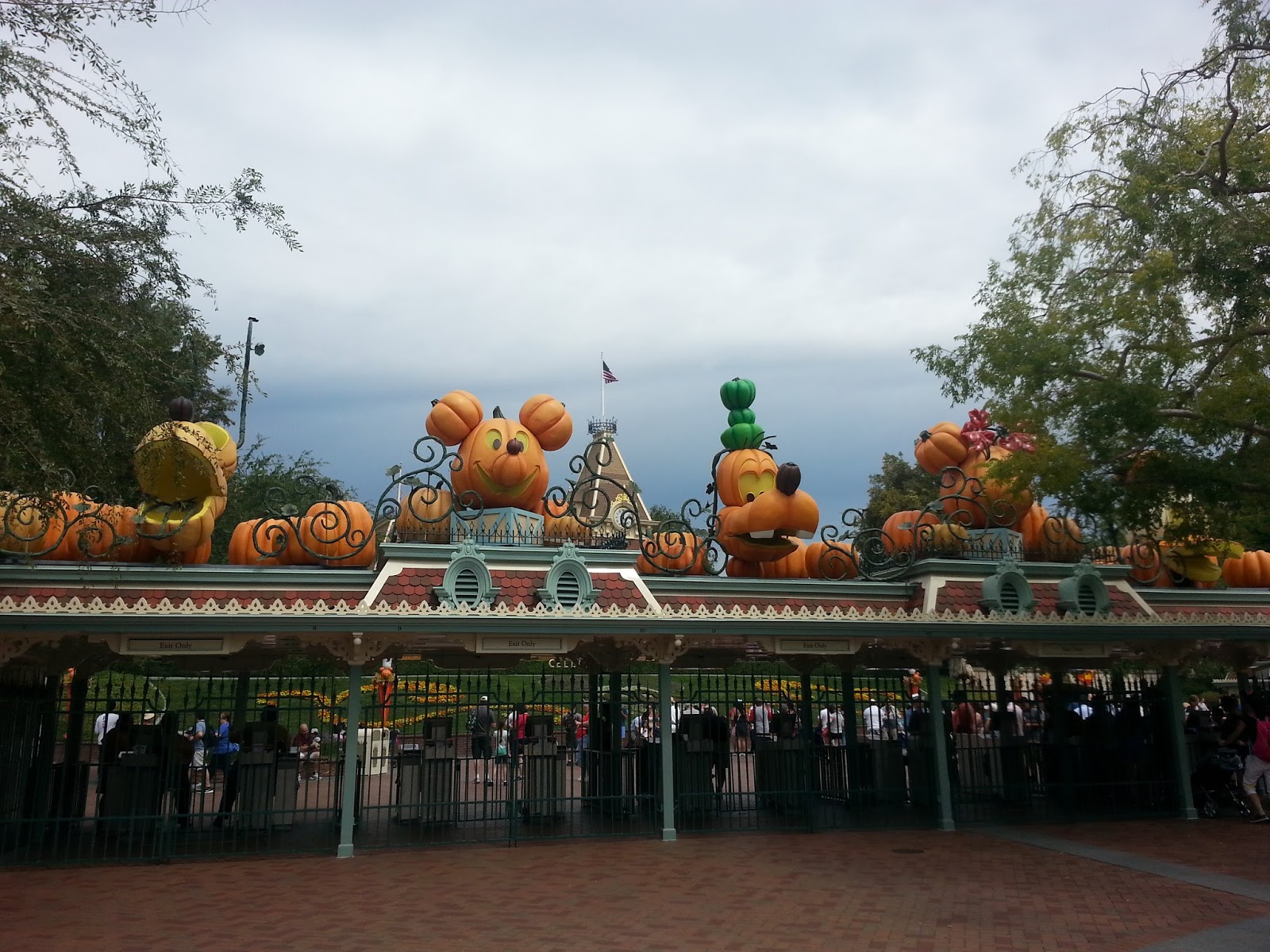 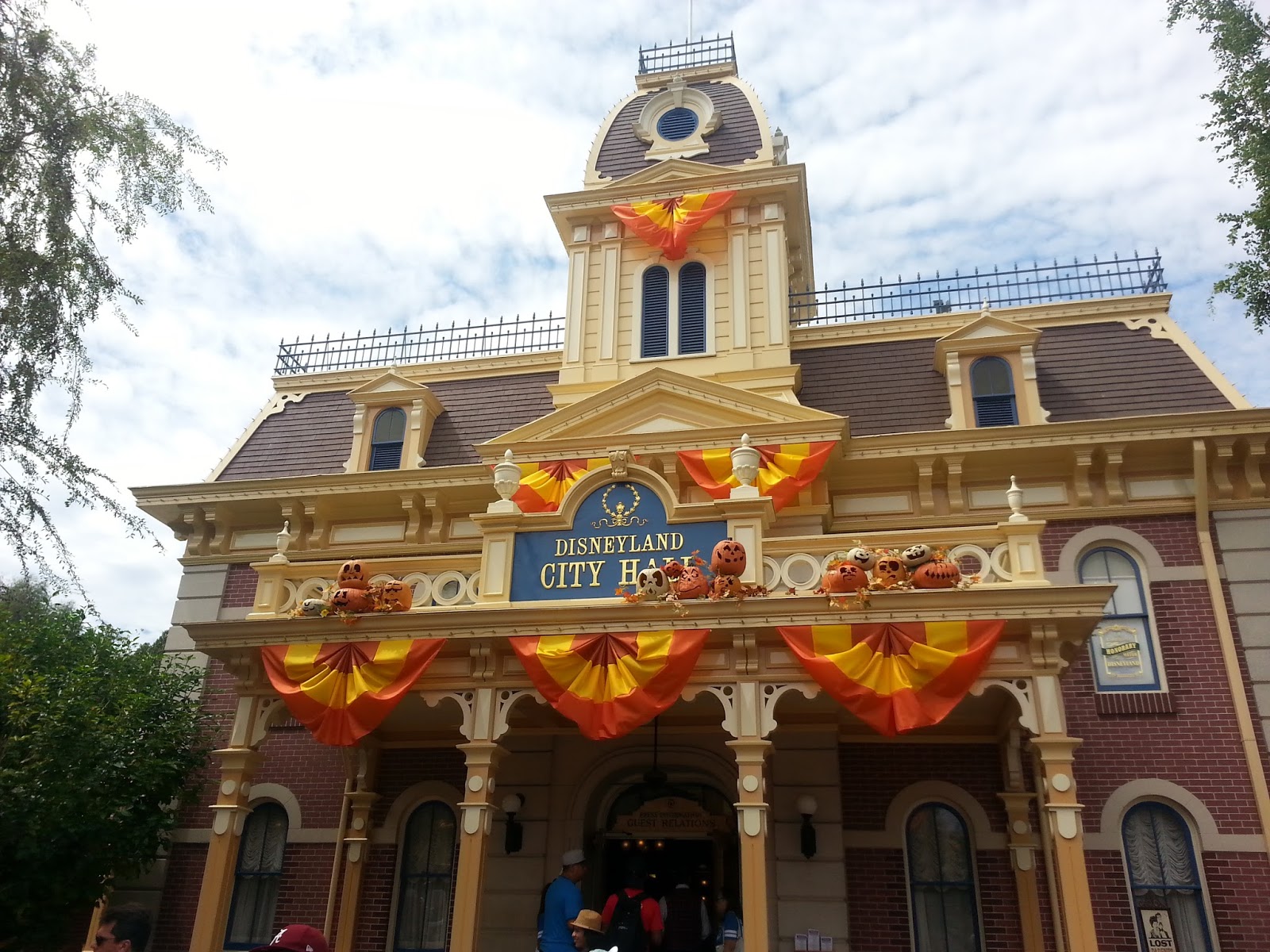 After admiring another successful year of Disneyland’s seasonal transformation, we hurried toward Ghost Galaxy which was only a ten minute wait right after the park’s opening. The final decision was to wait in both the stand-by line and get a fastpass to ride twice! Later on in the day the line grew to over an hour. The yearly re-theme of Space Mountain was once again remarkable and provides an eerie feeling unlike any other. 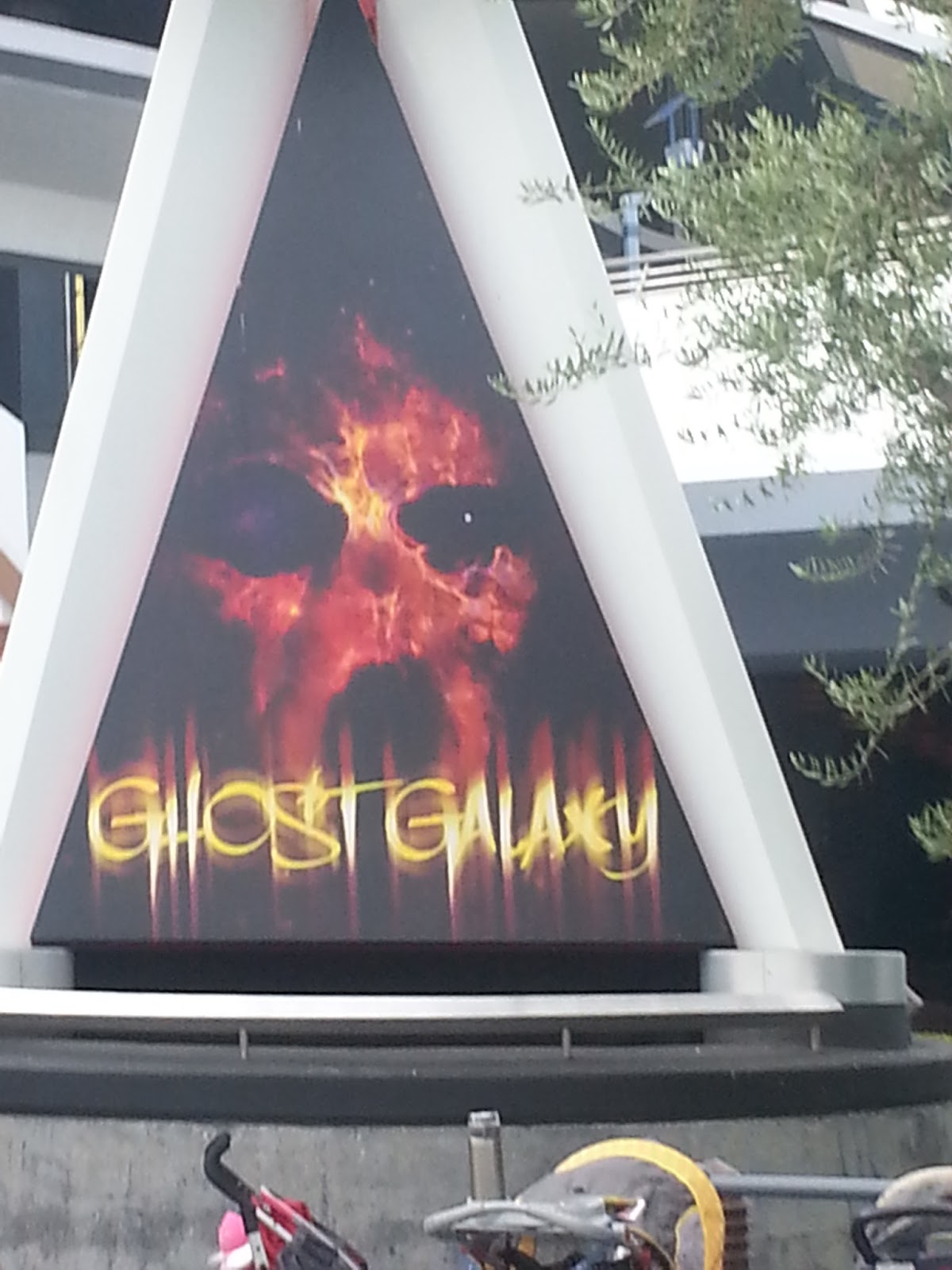 After Ghost Galaxy we rushed to Haunted Mansion Holiday; however, it closed right as we were about to get in line. It was closed for about an hour so… we went to Splash Mountain. The line was so short we actually got to in the stand-by line for the first time in the “summer”. Going through the mountain a few pumpkins were spotted (we’ve seen them in previous visits but now they’re relevant) bringing Splash Mountain in on the Halloween decor. 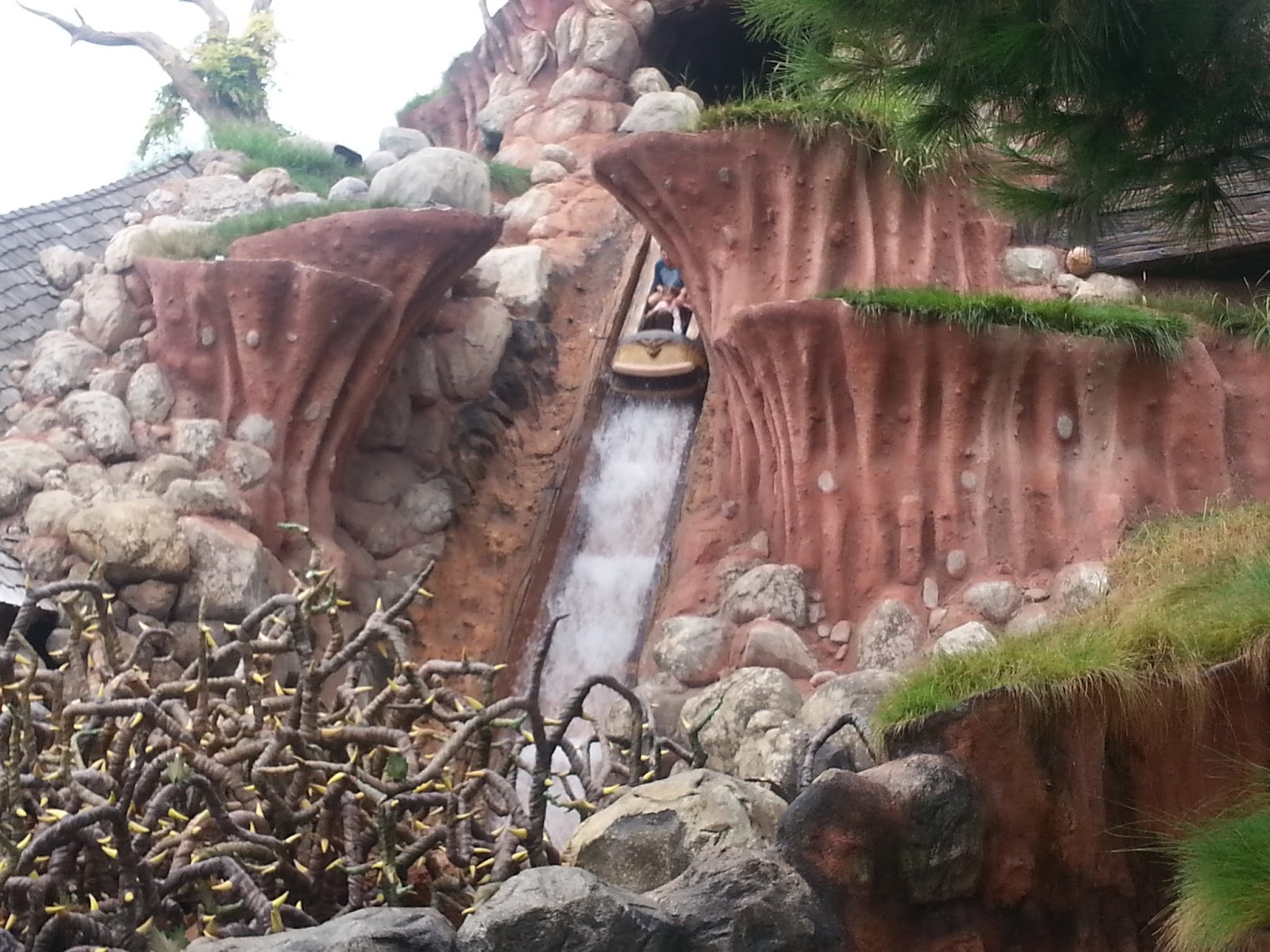 Once we enjoyed getting soaked on Splash, the “Wildest Ride in the Wilderness” called our name. Sadly, the seats that had our name were in the second row so the ride wasn’t as exciting as usual. The smooth terrain and super short (ten minutes) wait let the overall experience trump the actual ride experience. 🙂 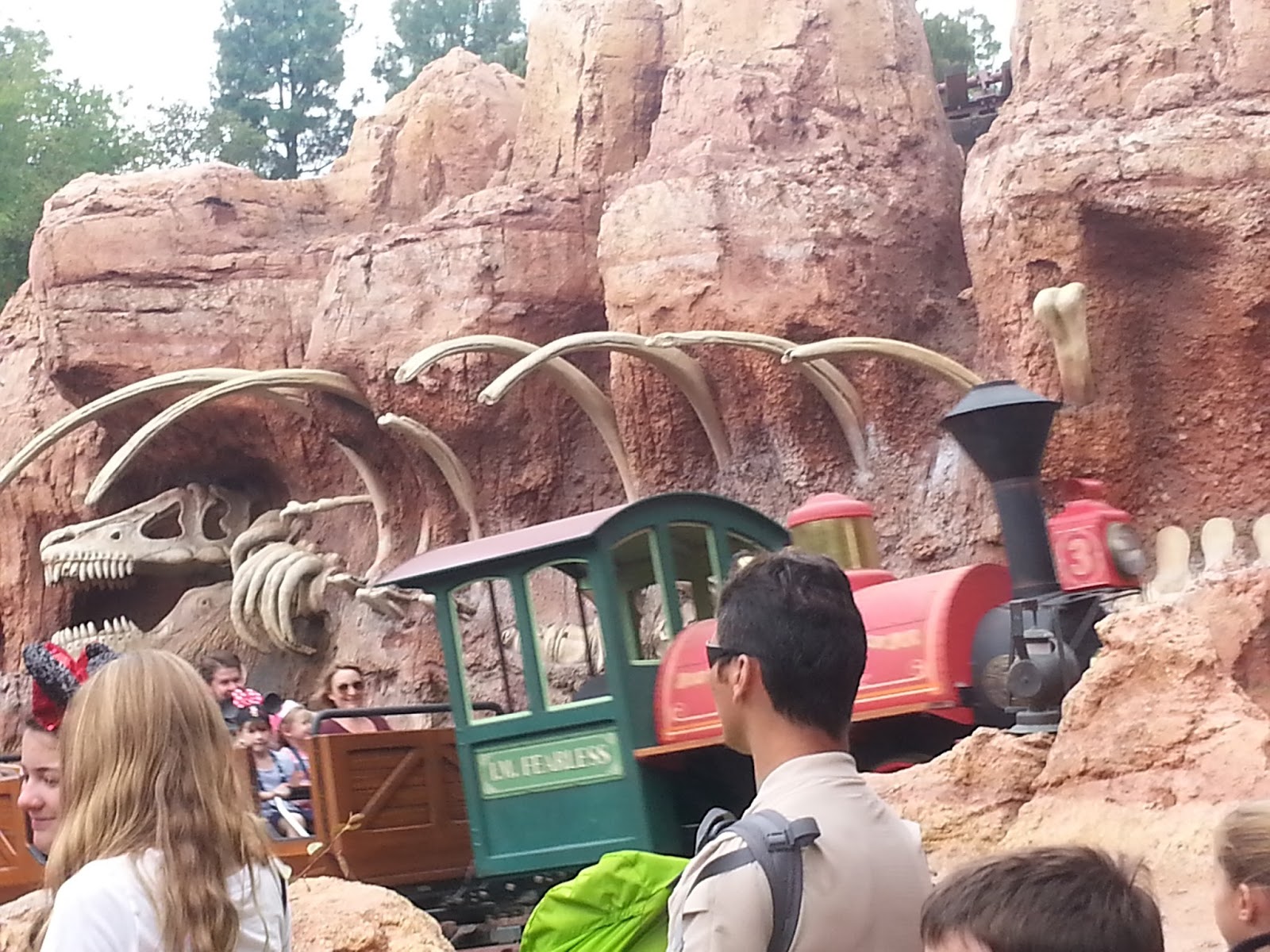 We passed Haunted Mansion again which had opened only to have a 40 minute wait (and growing) so we got a fastpass. We had to wait an hour and a half for our fastpass time which meant there was time to kill. While strolling to the other side of the park the urge to ride the Matterhorn correlated with a small rainfall. Out of nowhere there were some raindrops which made the ride experience all the more entertaining. As we dashed in and out of the mountain in our bobsled the rain hit our face making a fascinating transition from being yelled at by a Yeti and getting smacked in the face by rain. Here at CCK we advise riding Matterhorn at night during the Parade or Fireworks, but a close second is when it is raining (especially since the drought makes it a rare occurrence). 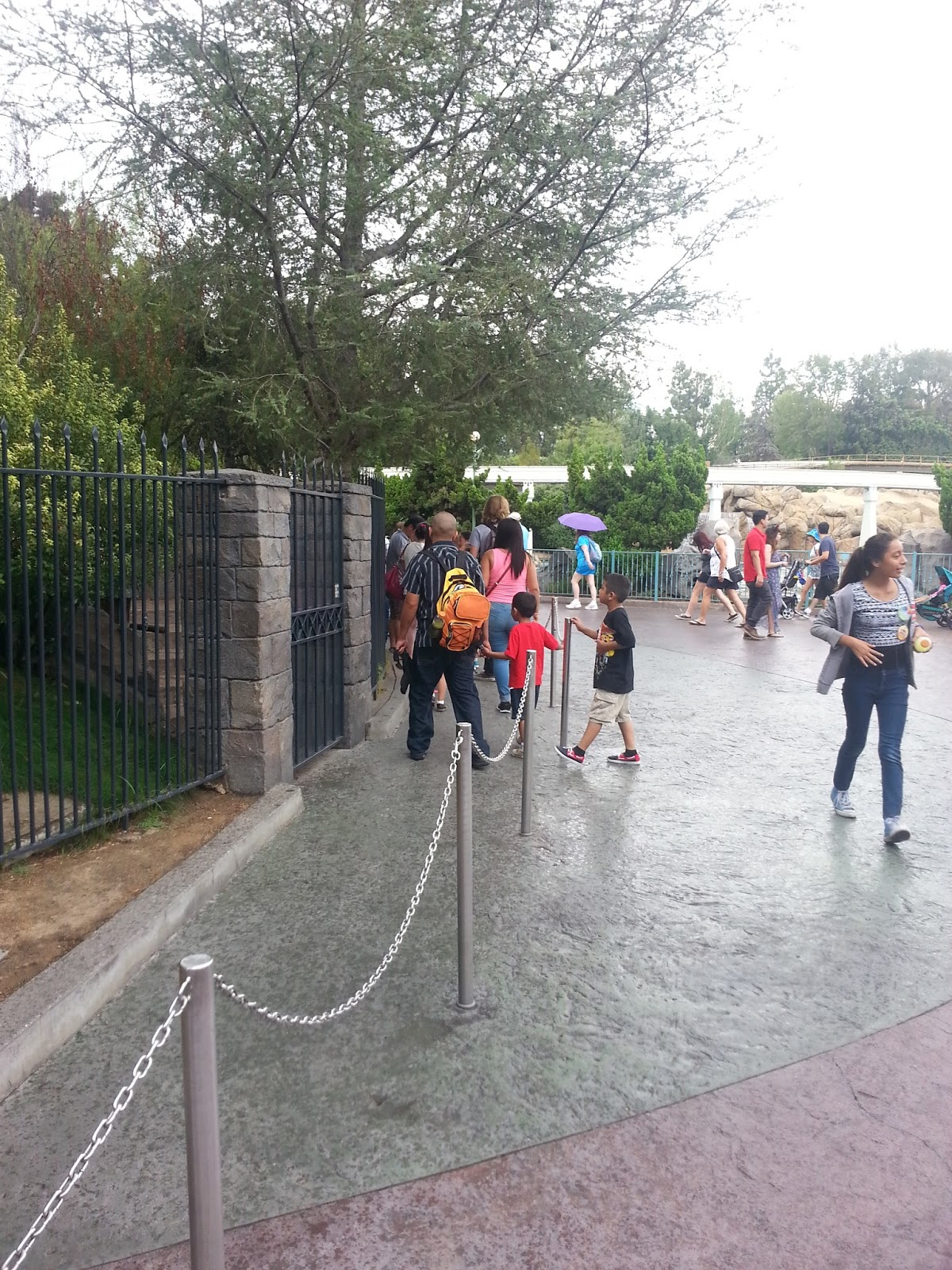 On the way back to HM we ran into Indiana Jones which just opened from an early closure due to technical difficulties. The line was only about 20 minutes and eventually crawled back to the usual wait times of 40-45 minutes, but we caught it at a good time. Don’t worry we didn’t look into the eyes ;). 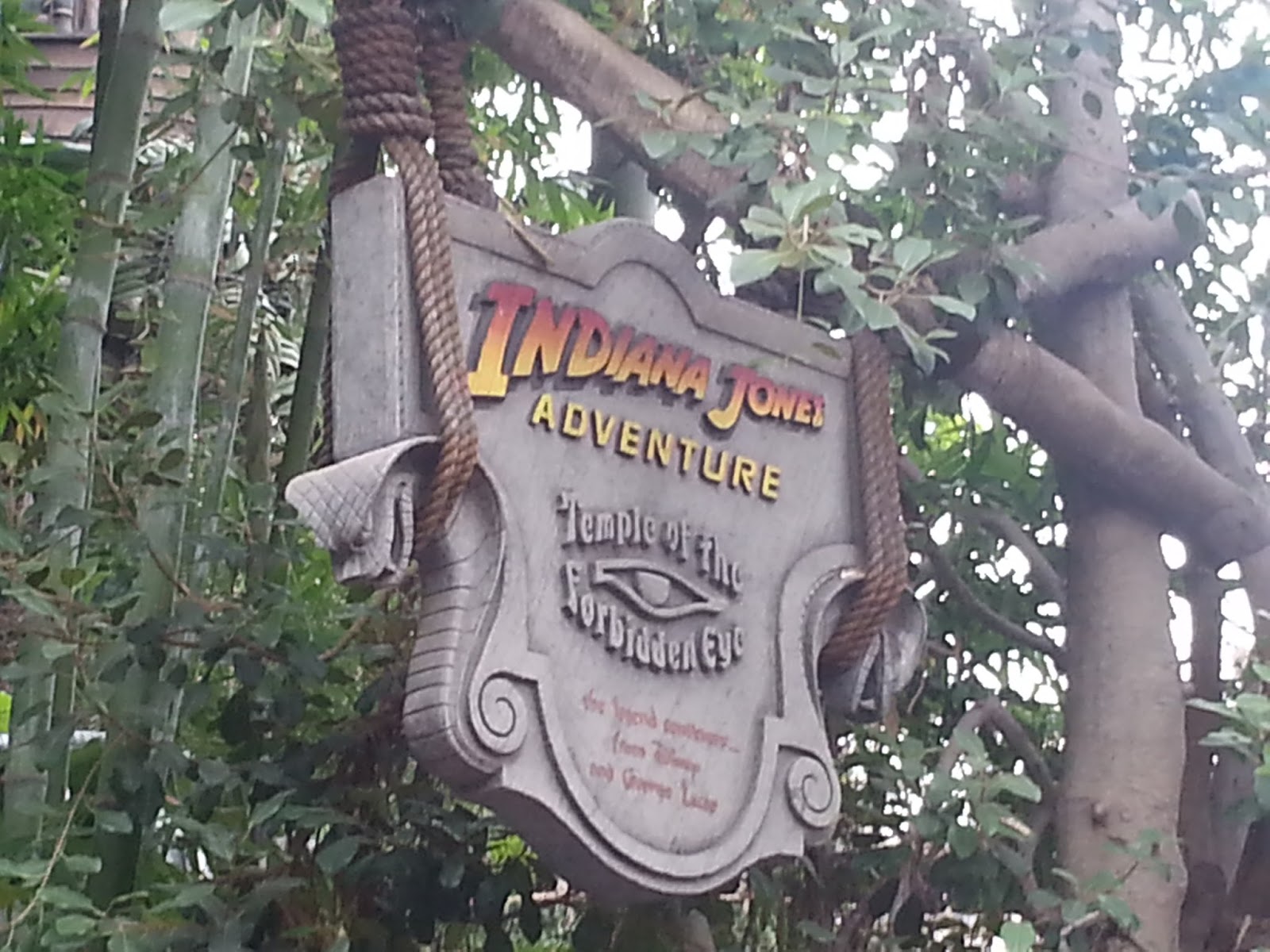 AND FINALLY WE GOT ON HAUNTED MANSION HOLIDAY!! 😀 PREPARE FOR SPAM! The decorations were in force as they brought premature holiday spirit! The gingerbread house once again outdid itself! 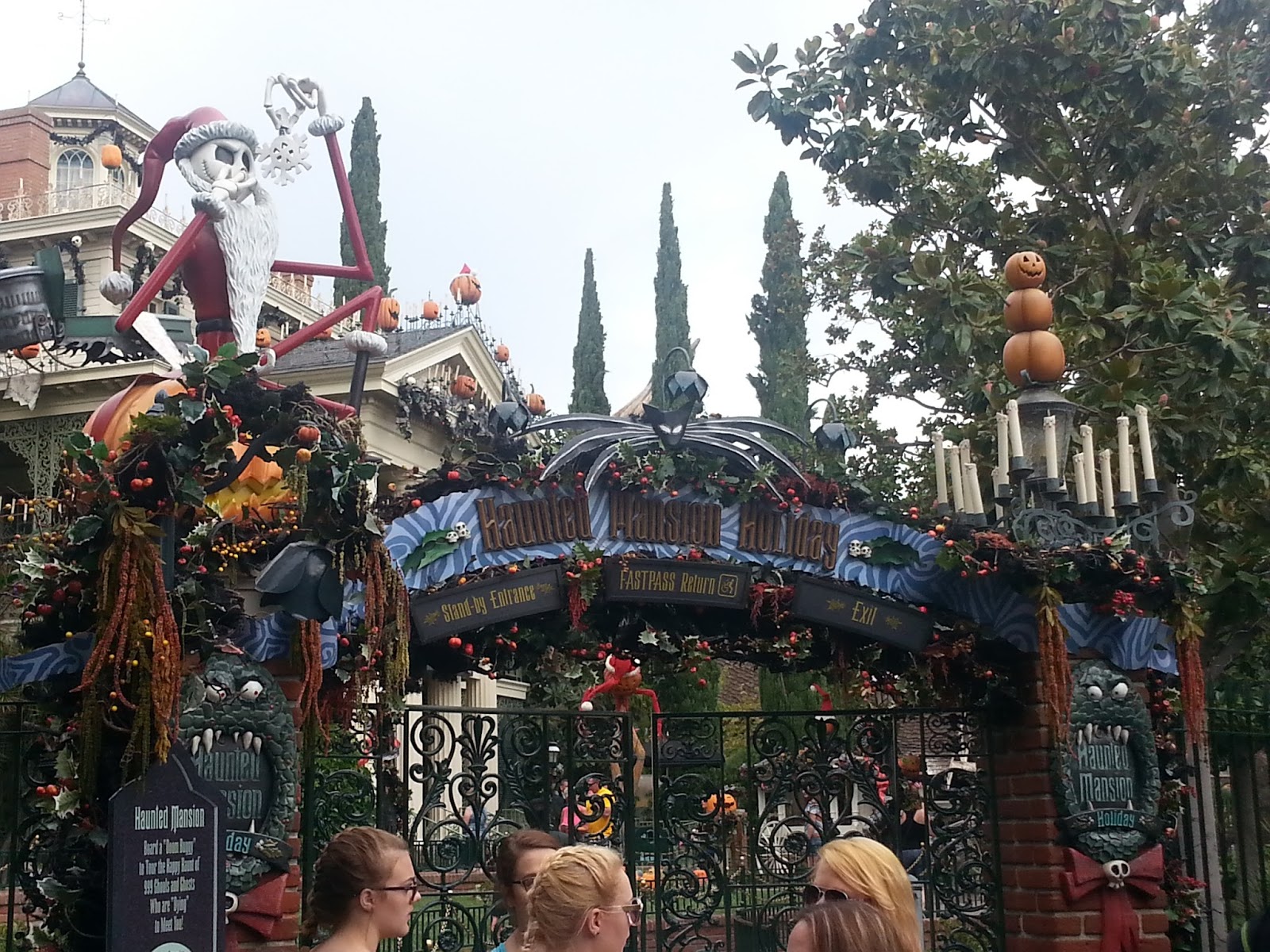 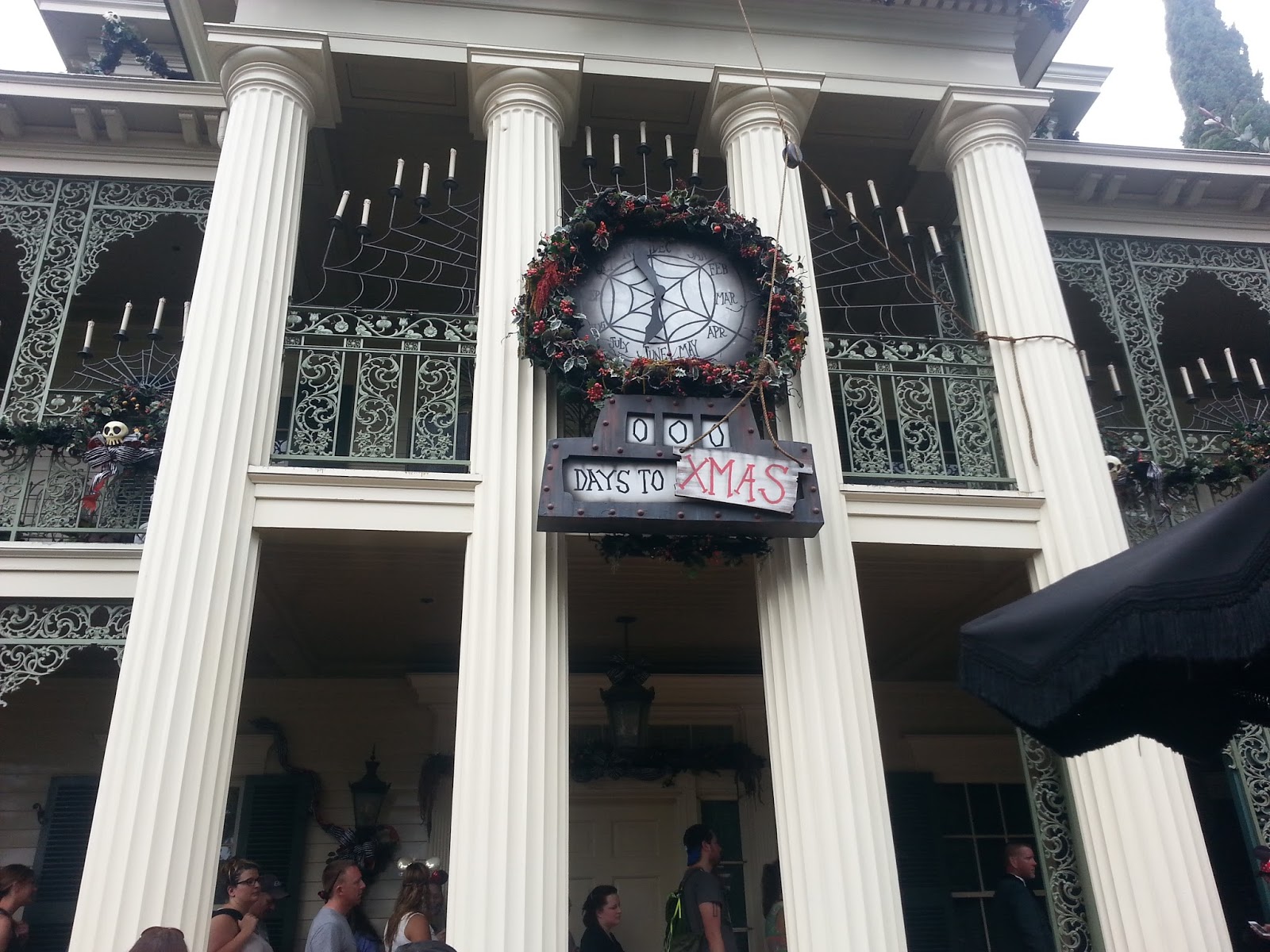 They are using new ways of image mapping, which looks incredible!  A great ‘upgrade’! 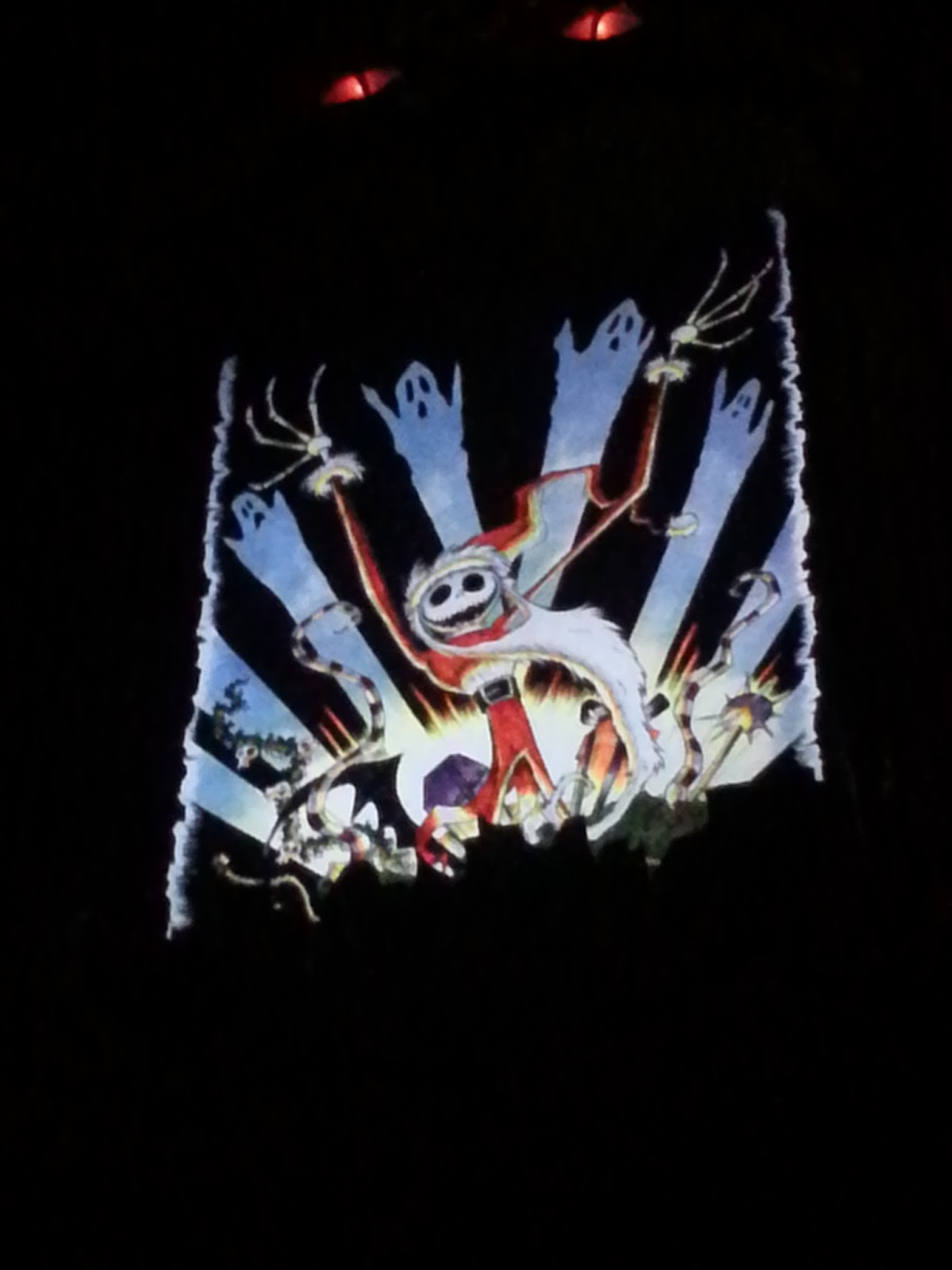 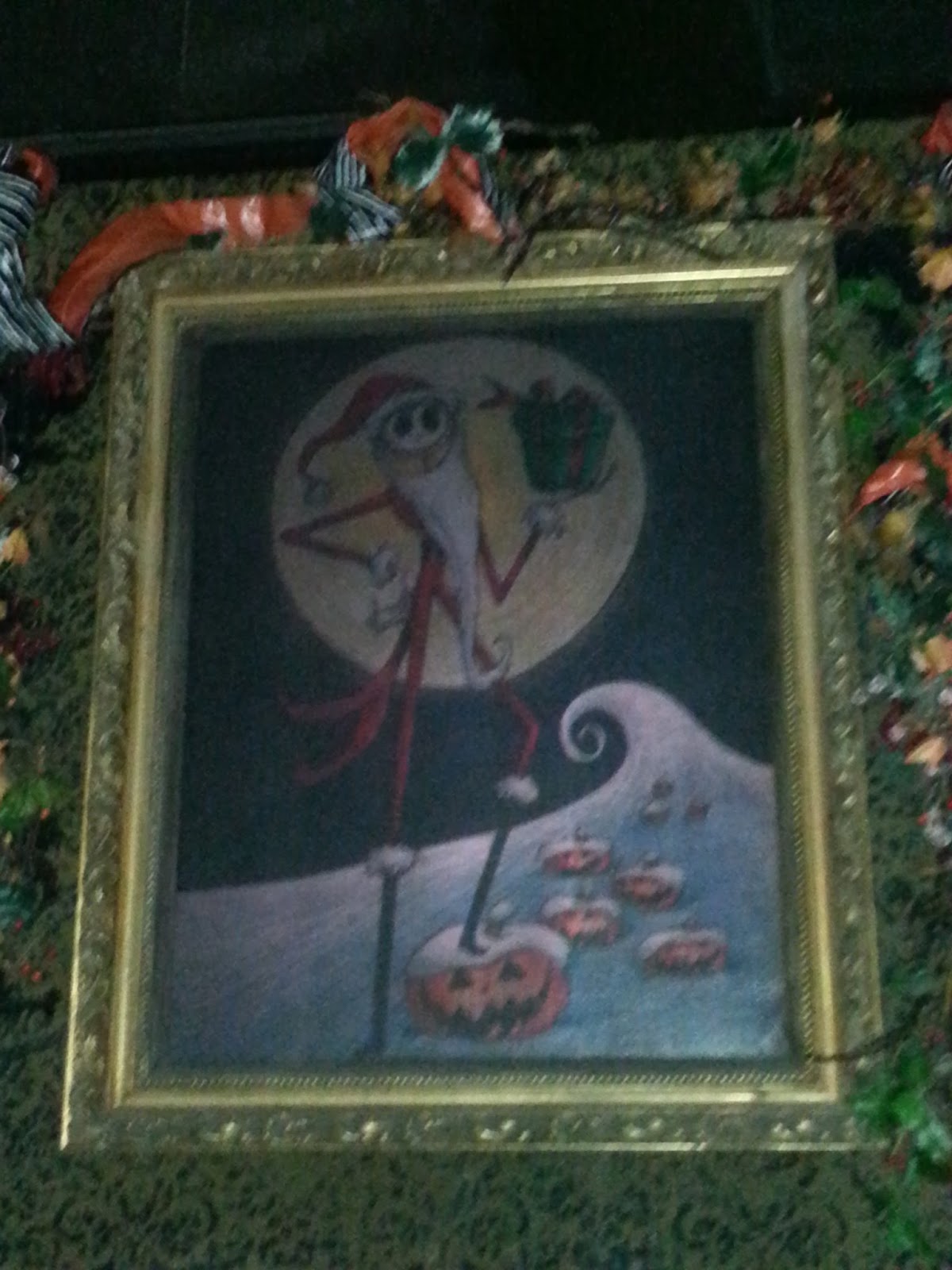 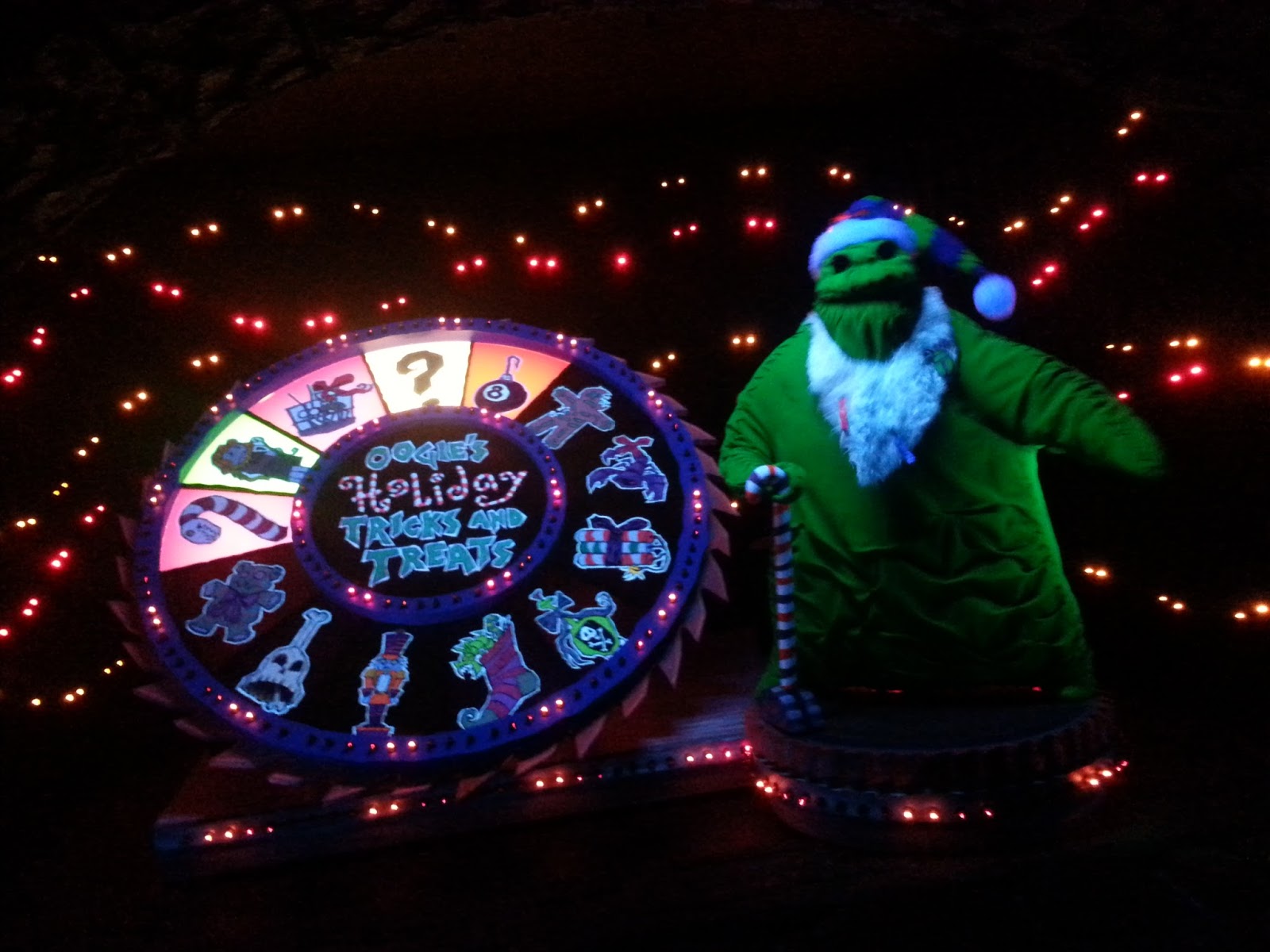 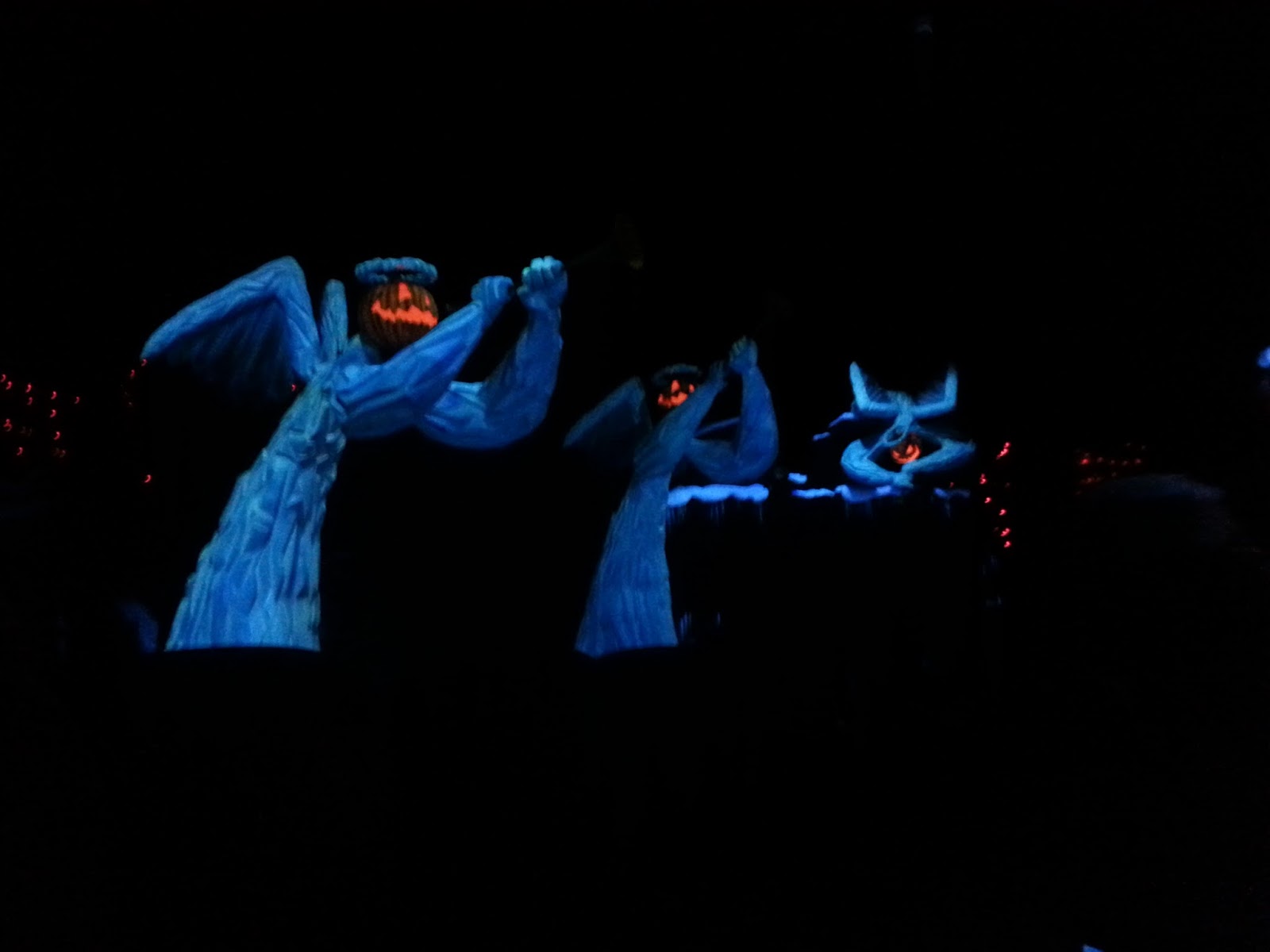 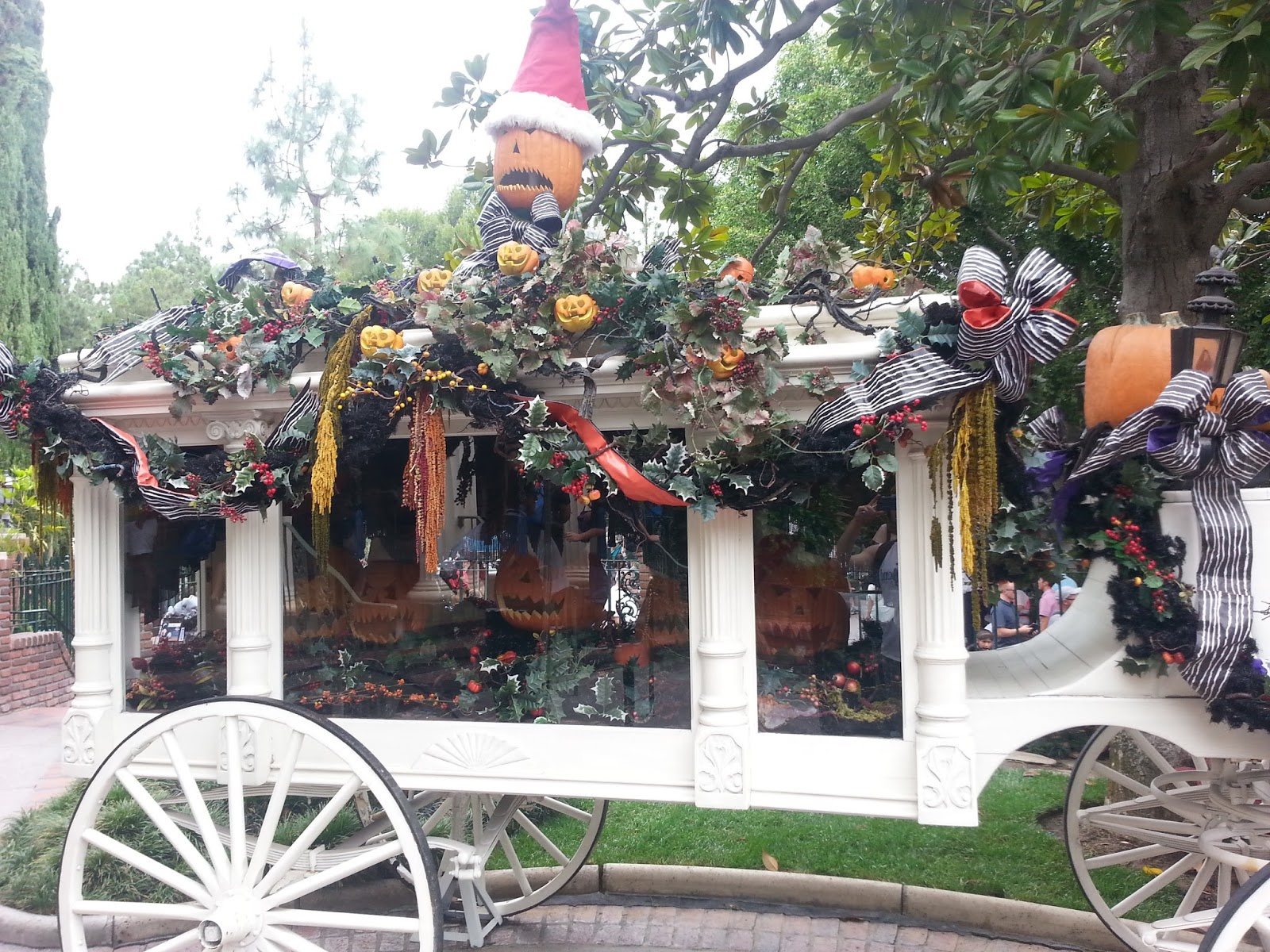 That is the end of this update… go check out Ghost Galaxy and Haunted Mansion Holiday! Remember in two weeks “official” Halloween coverage begins at Disneyland! Though Halloween Horror Nights is THIS FRIDAY! 😀

Make sure to read the Six Flags Magic Mountain Update from the same day! Other than that, leave a comment! And… Make sure to follow us on our social media for exclusive coverage!  Facebook–Twitter–Instagram