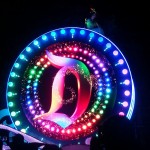 It has been a little while since we have been to Disneyland, but finally our update is here! As most may know Disney is partaking in a grand Diamond Celebration capping its 60th anniversary. With enormous crowds, extremely popular nightly events, and refurbished rides there is a lot to catch up on.

Weather at Disneyland has been hot recently, except during our visit the weather was bearable for most of the day. For bearable I mean mid-eighties which means….long lines in order to cool down. Luckily, the single rider line provided the means necessary to cool off on one of Disney’s premier summer attractions. 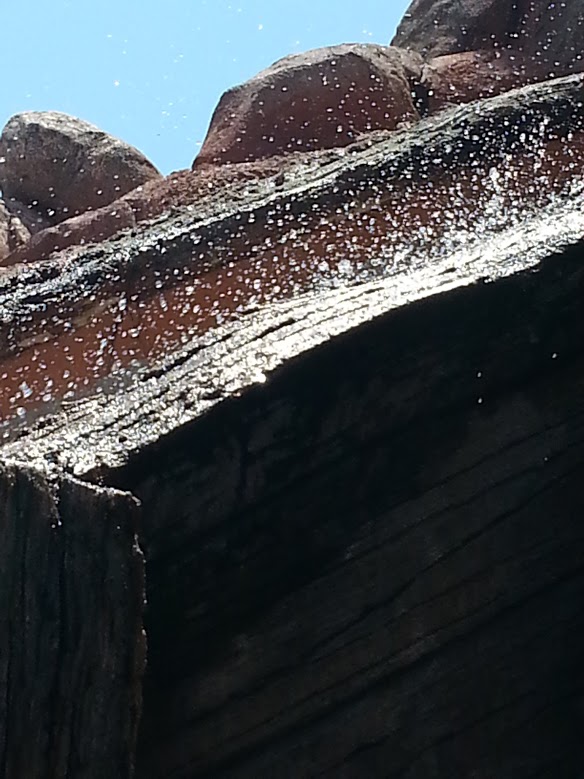 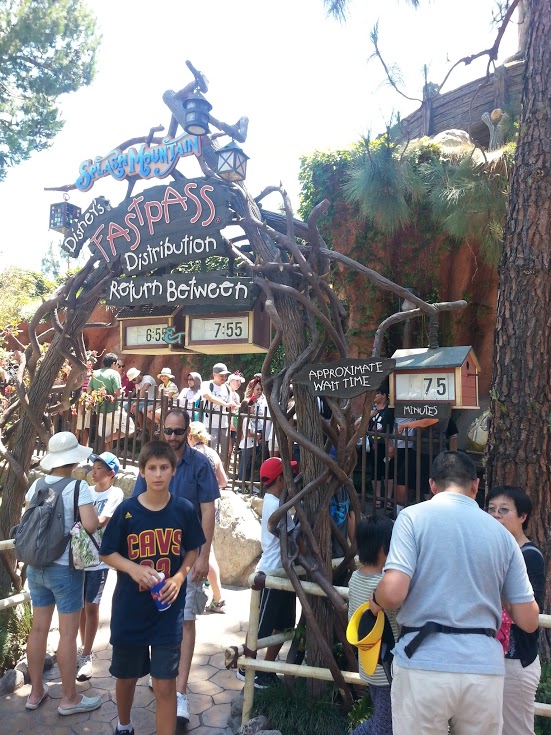 After cooling off, the enjoyment of the Diamond Celebration began. The front of the park especially on the Disneyland Railroad sports the new decorations for the season-long celebration. This along with the castle are the iconic Kodak moments for visitors to remember their day by. 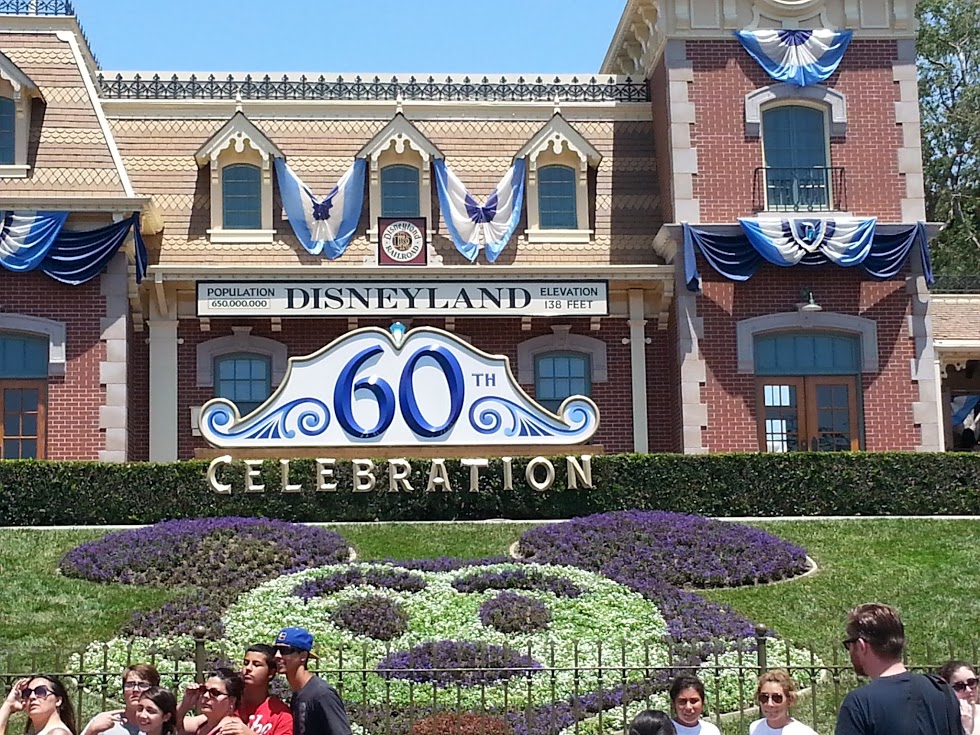 Although the crowd was certainly not at it’s peak of the summer, lines for rides still required a significant wait time without the benefits of a fastpass or single rider line. Pirates of the Caribbean, even though it is a fast moving line, was lined up all the way to top of the bridge signaling it was another usual busy summer day. 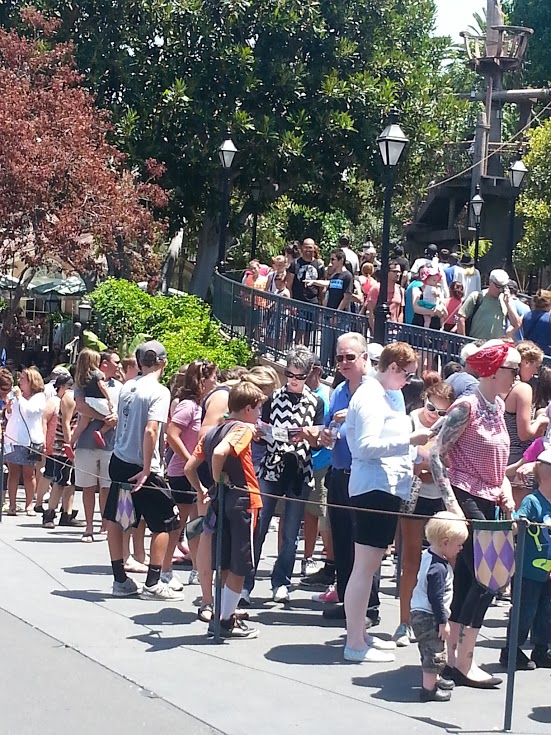 Although operating most of the day, Space Mountain closed later in the day due to technical difficulties right before we went in line. The ride did reopen later in the night. 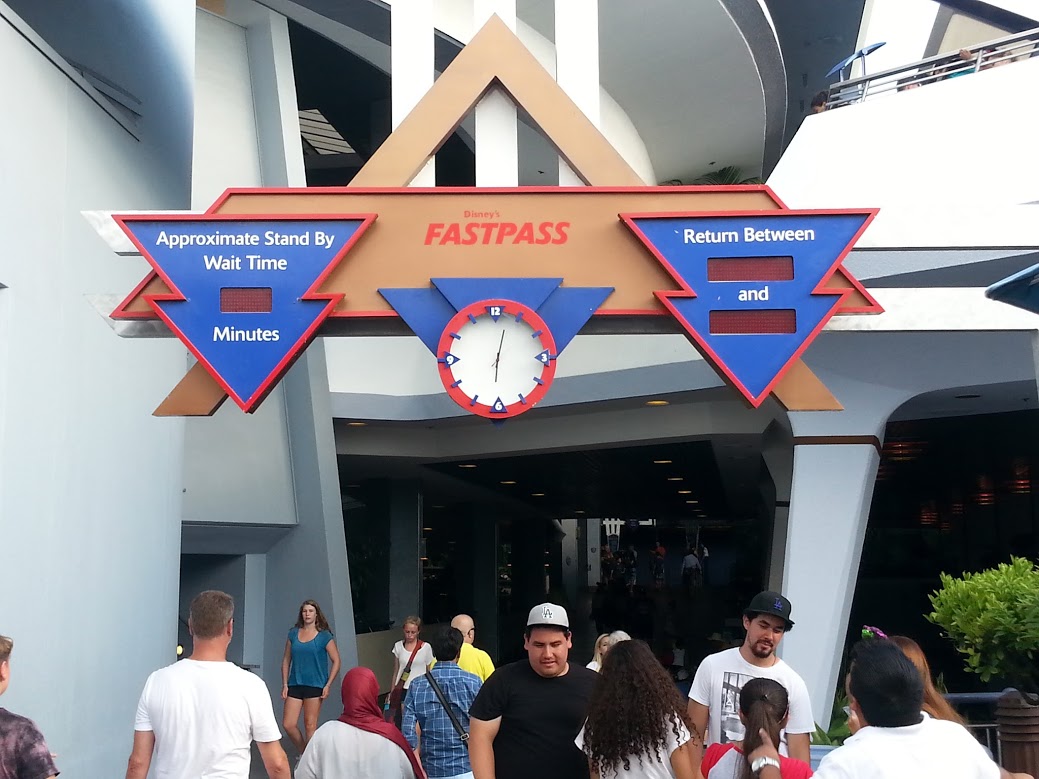 The Matterhorn, a few months after being reopened and refurbished is a hit with the public as always. Disney added a new dynamic to the Yeti Monster riders meet throughout the ride. Since its opening in May, the Matterhorn Bobsleds have been met with a new widespread popularity with a consistent wait time of forty-five minutes and above since the park’s opening hours. The last few visits have allowed one to clearly associate the left side with more confrontations with the Yeti and a few steep hills that are bone-rattling (except today the left side oddly enough seemed smooth) dramatically differing from the right side’s smoother track layout as well as less encounters with the Yeti. 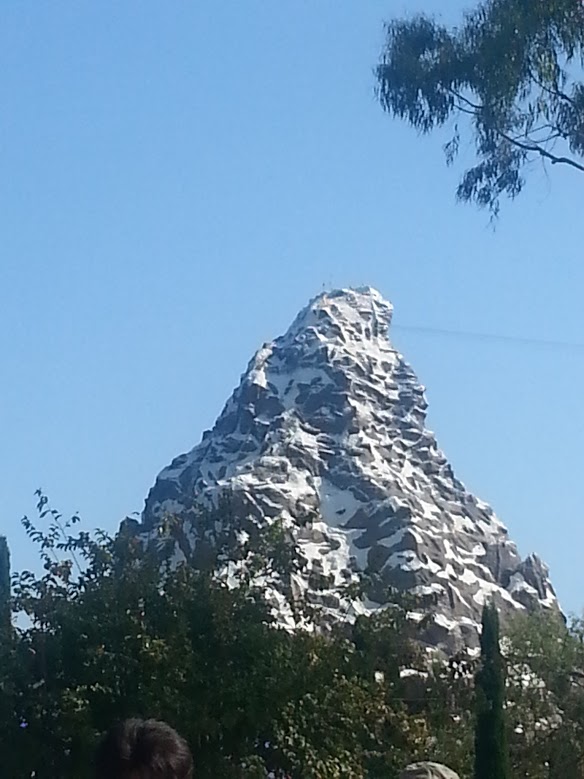 While the Matterhorn was the only major “thrill” attraction refurbished for lengthy period of time, the classic dark ride Peter Pan received new updates only increasing the wait times it had before. This dark ride boasted a similarly long wait time of 45 minutes to an hour in comparison to its counterpart Snow White’s Scary Adventures just across from it. 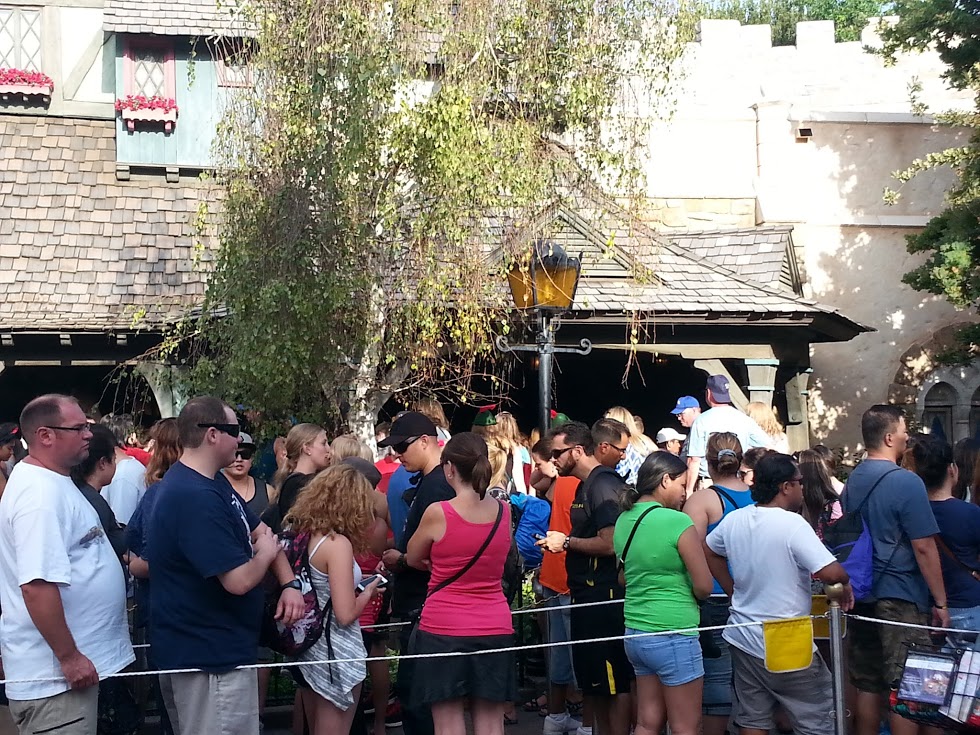 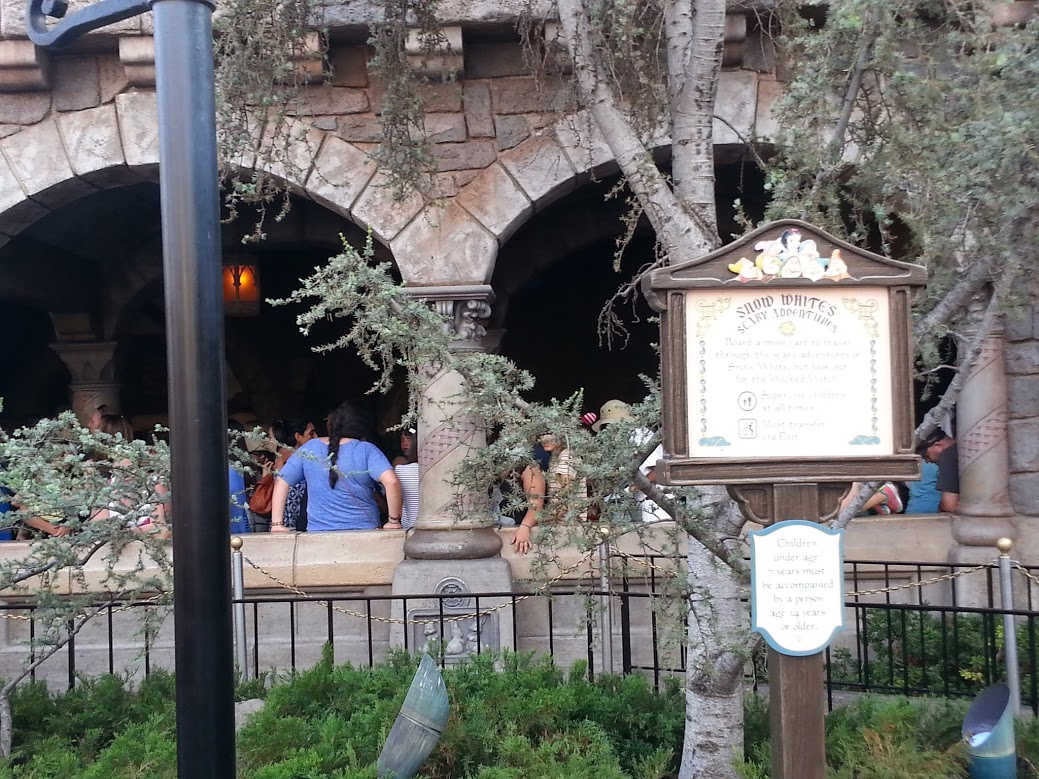 Disneyland Resort is known for its thrills as well as its main events to cap off the night. As a part of the Disneyland Forever Celebration, a new parade was installed to reminisce of the old electrical parade and a new firework show. The parade has two viewings at around 9 p.m. and 11. In order to get good seats on Main Street for both the parade and the subsequent fireworks, guests start “camping out” around 6 o’clock!!! 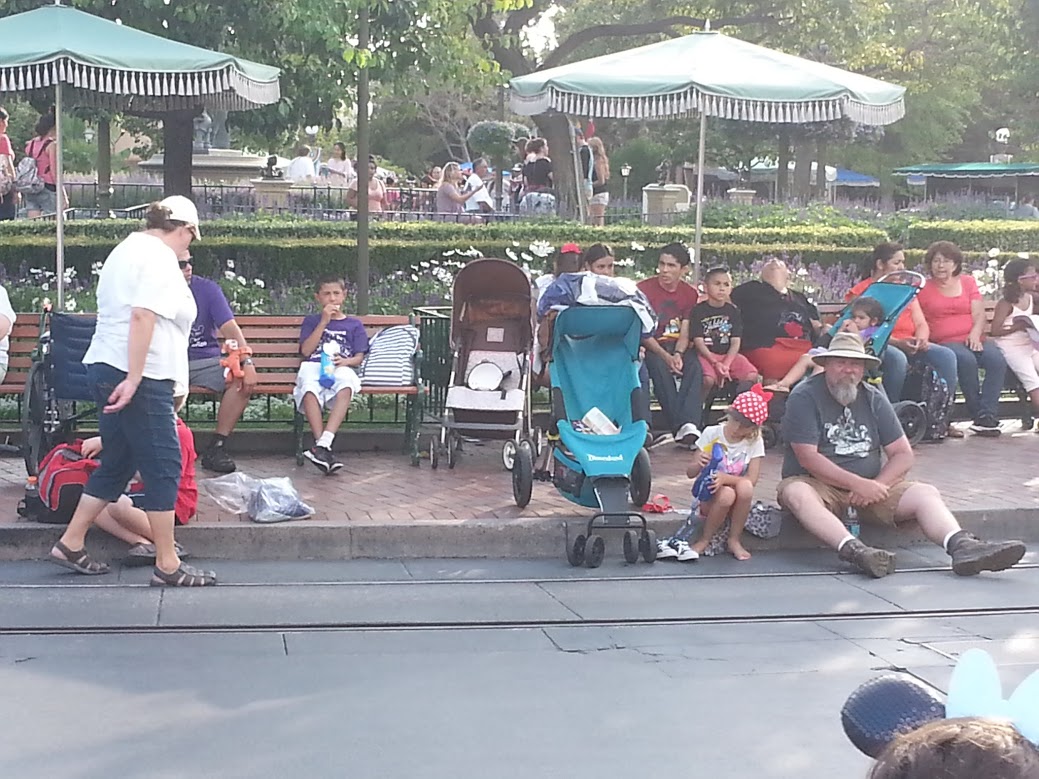 Although some might find this method a bit extreme to simply watch a new parade and firework show, their efforts were rewarded as the parade provided a whole new color scheme filled bright lights and color. Our seat was to the right of the Alice in Wonderland ride and right in front of the restrooms. This is a good alternative to those who wish to see the dazzling display without wasting two hours sitting on the corners of Main Street. 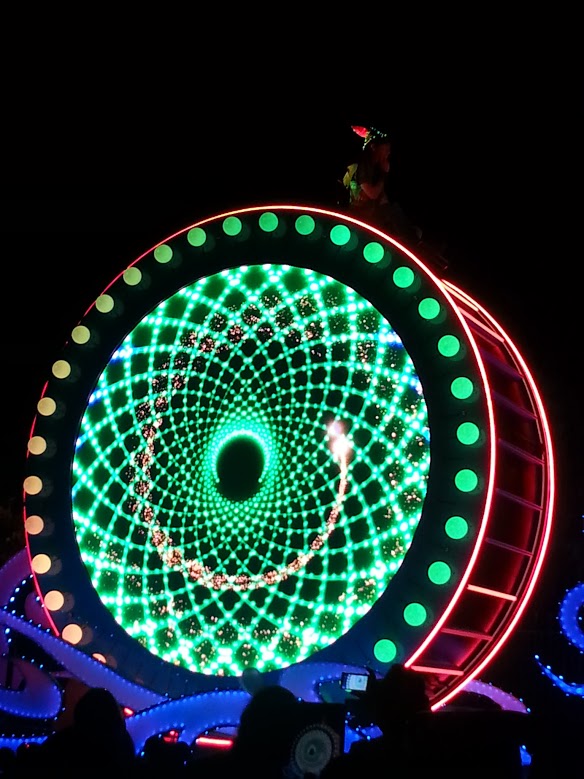 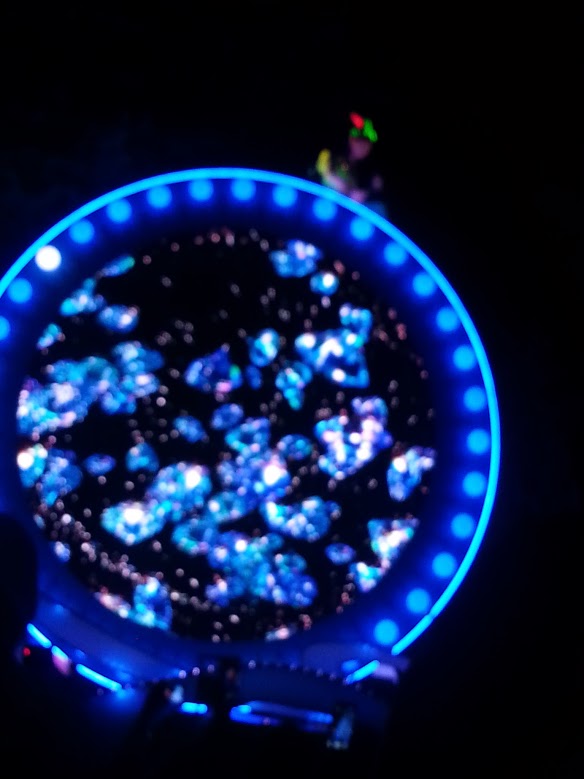 After the parade there is the mad rush to the fireworks. This particular angle wasn’t the best for watching the fireworks due to the tree blocking our view. (Preferably be on the right side of Main Street and most importantly away from trees!) 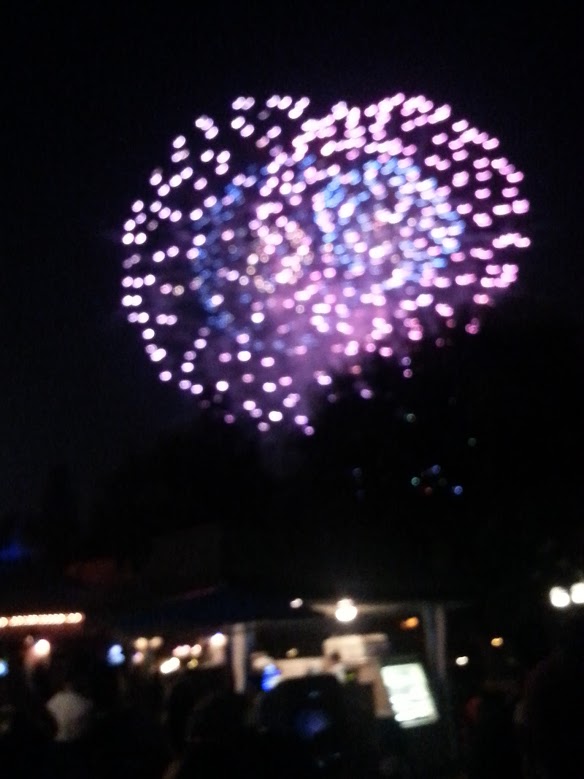 That’s a wrap for this update, but be prepared for a DCA update (California Adventure) and more Disneyland updates very soon! Comment your thoughts below! 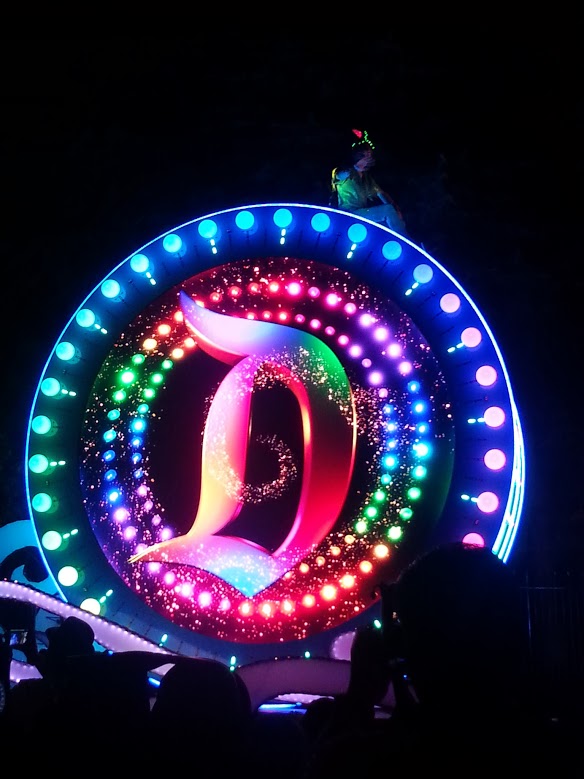